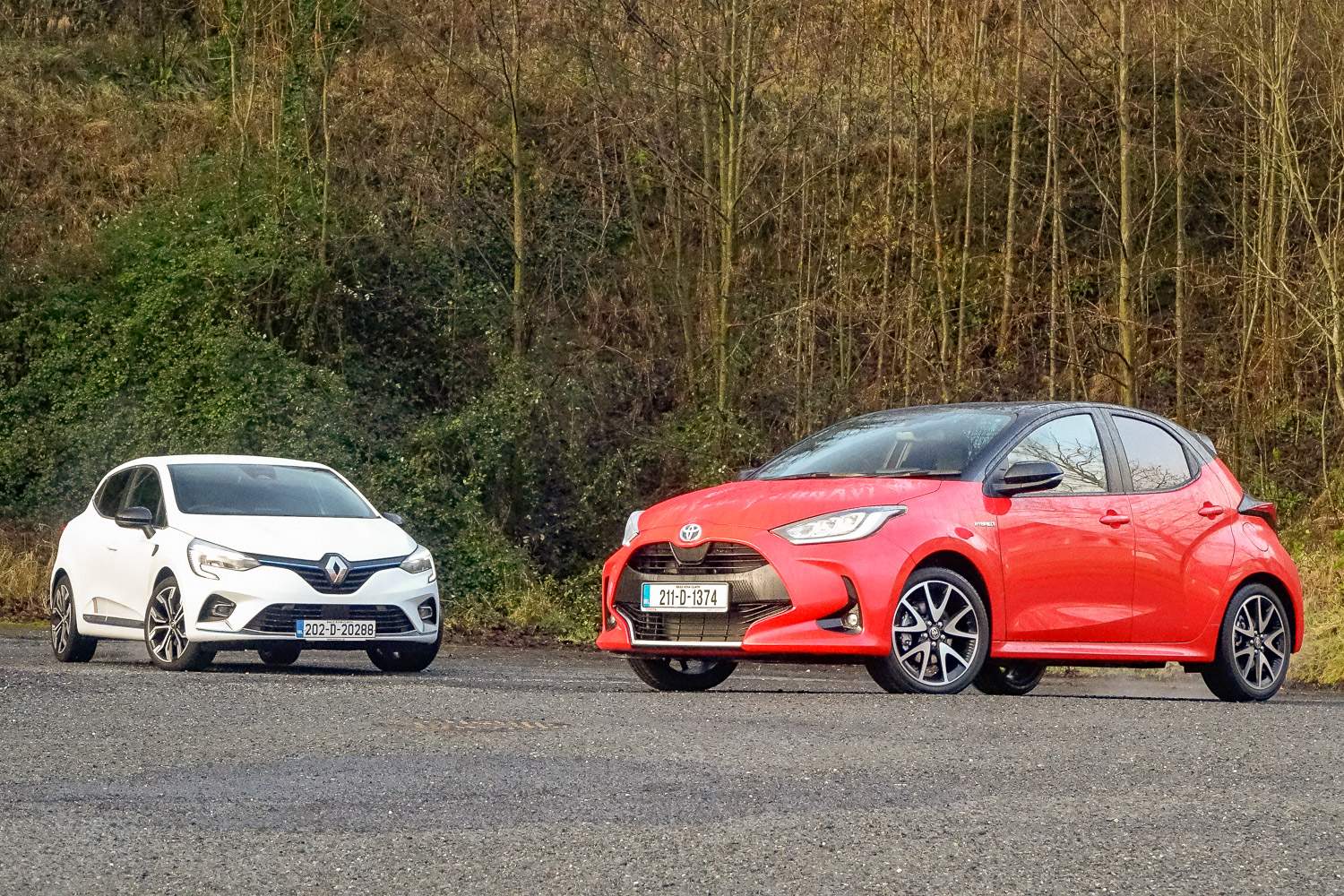 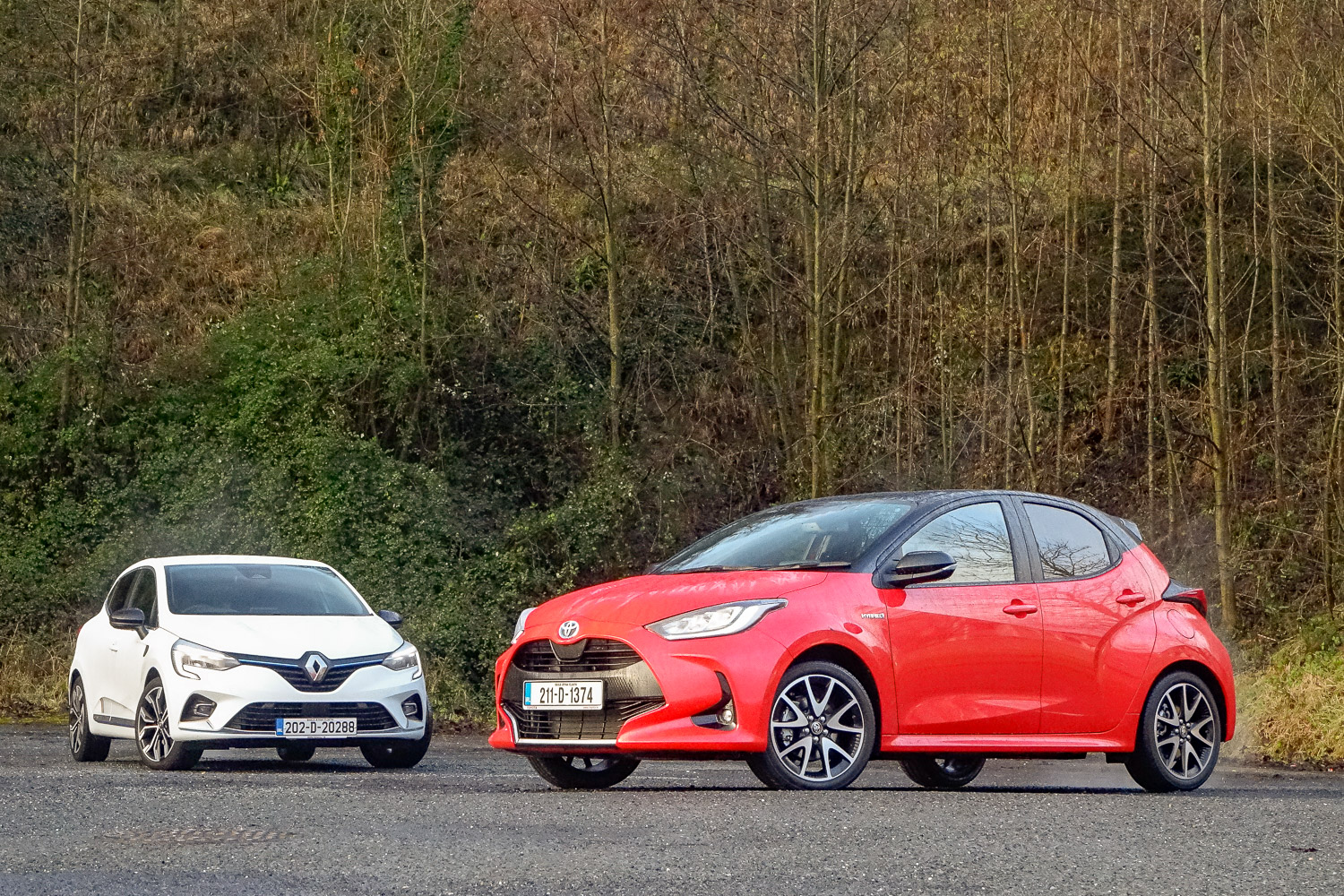 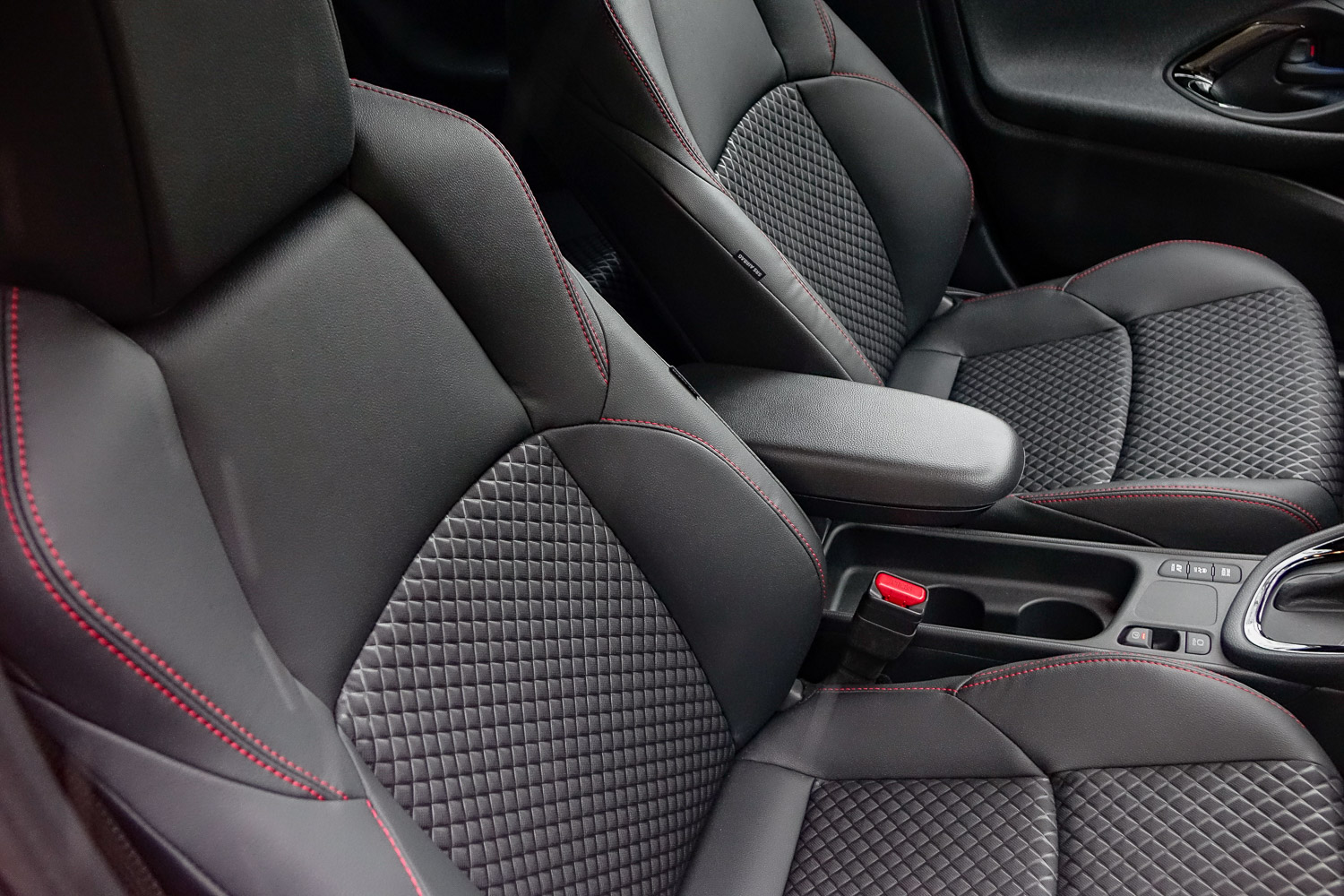 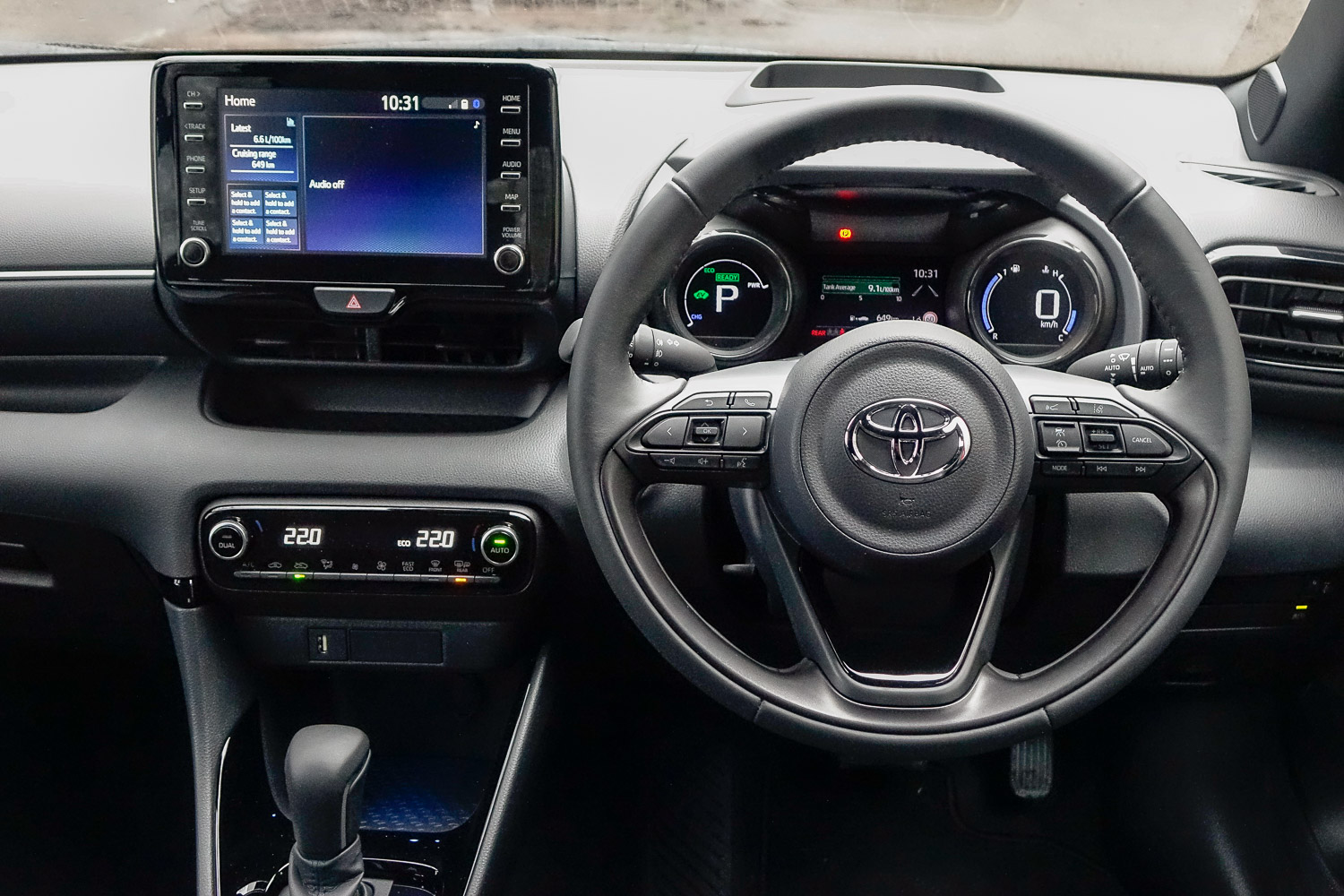 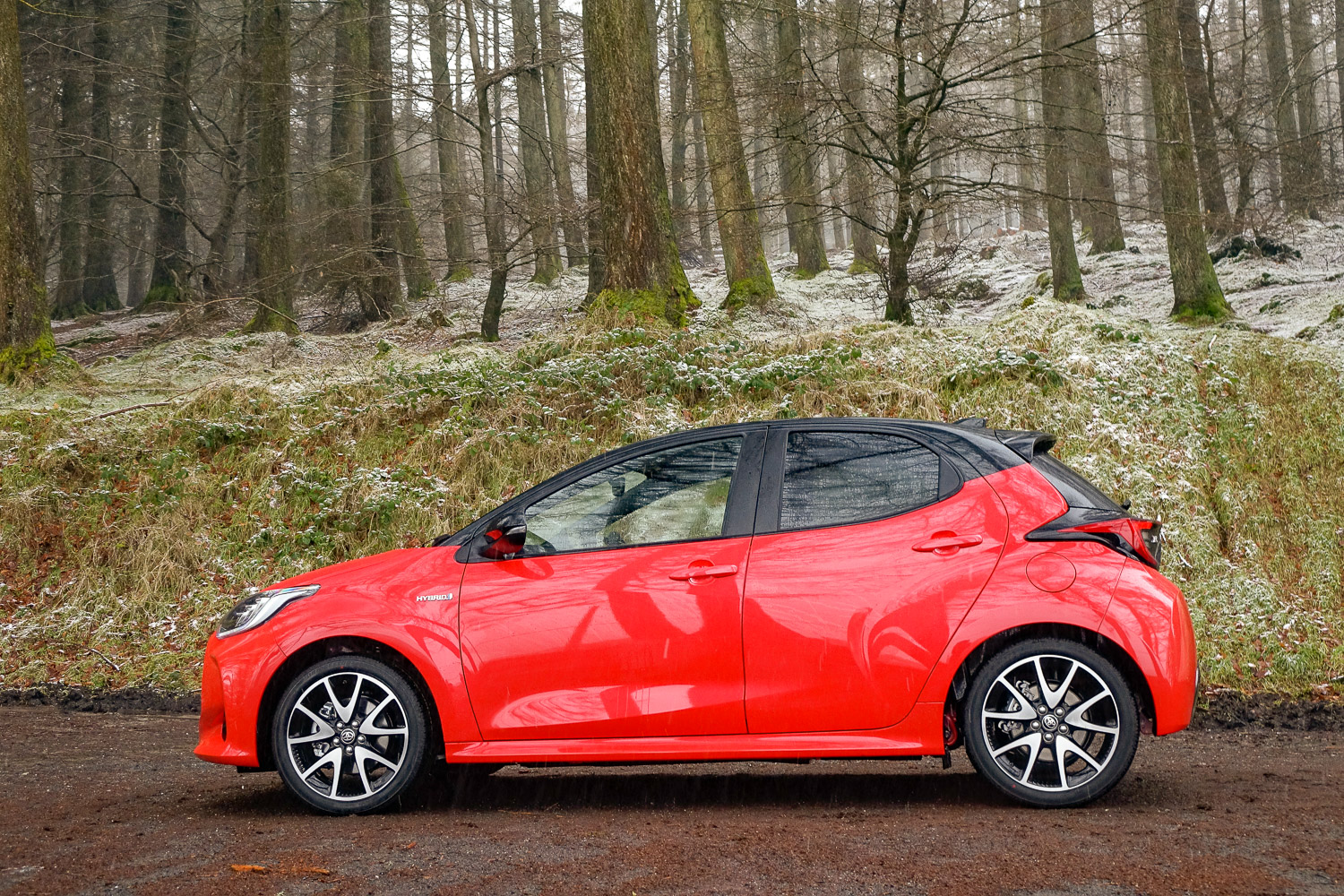 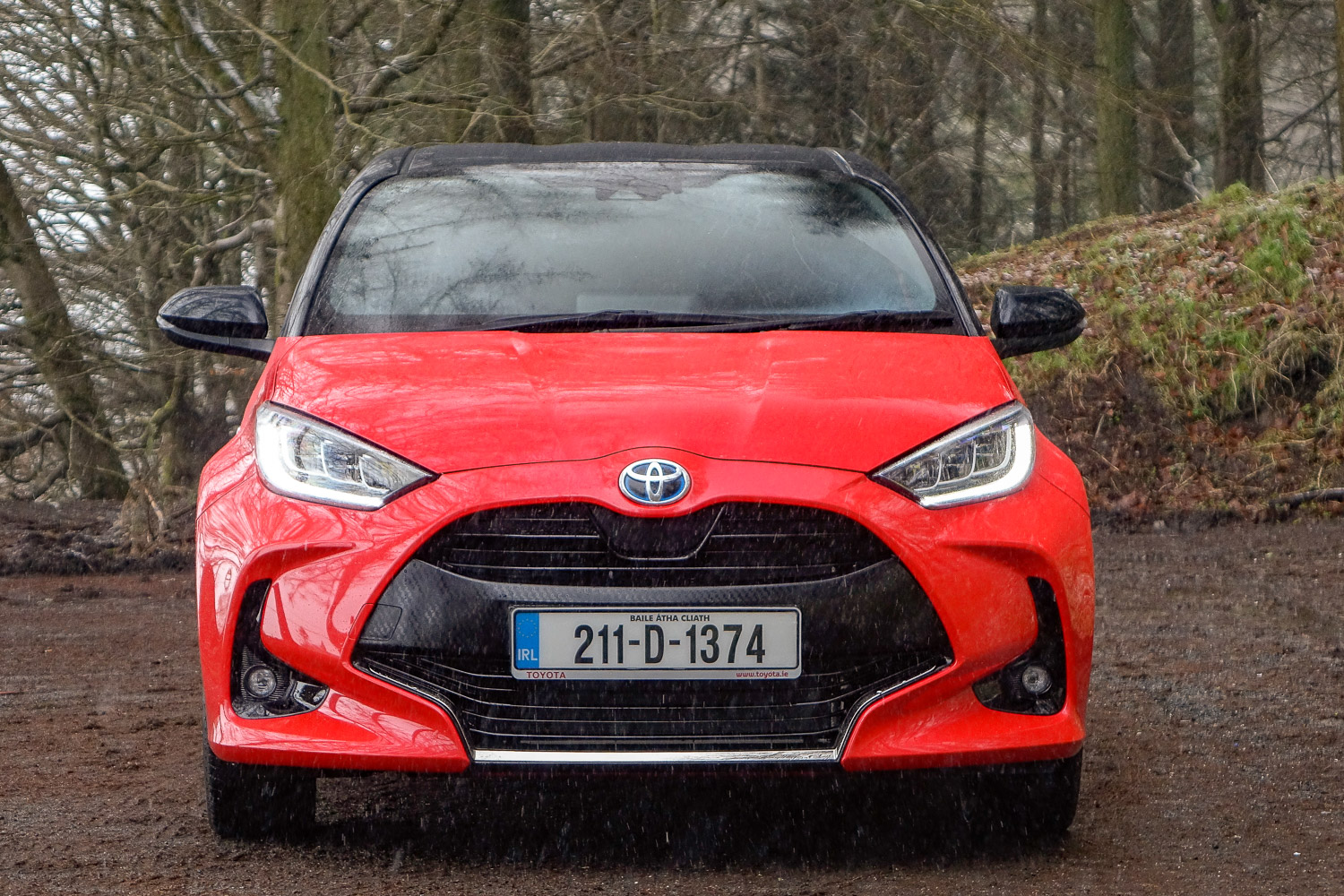 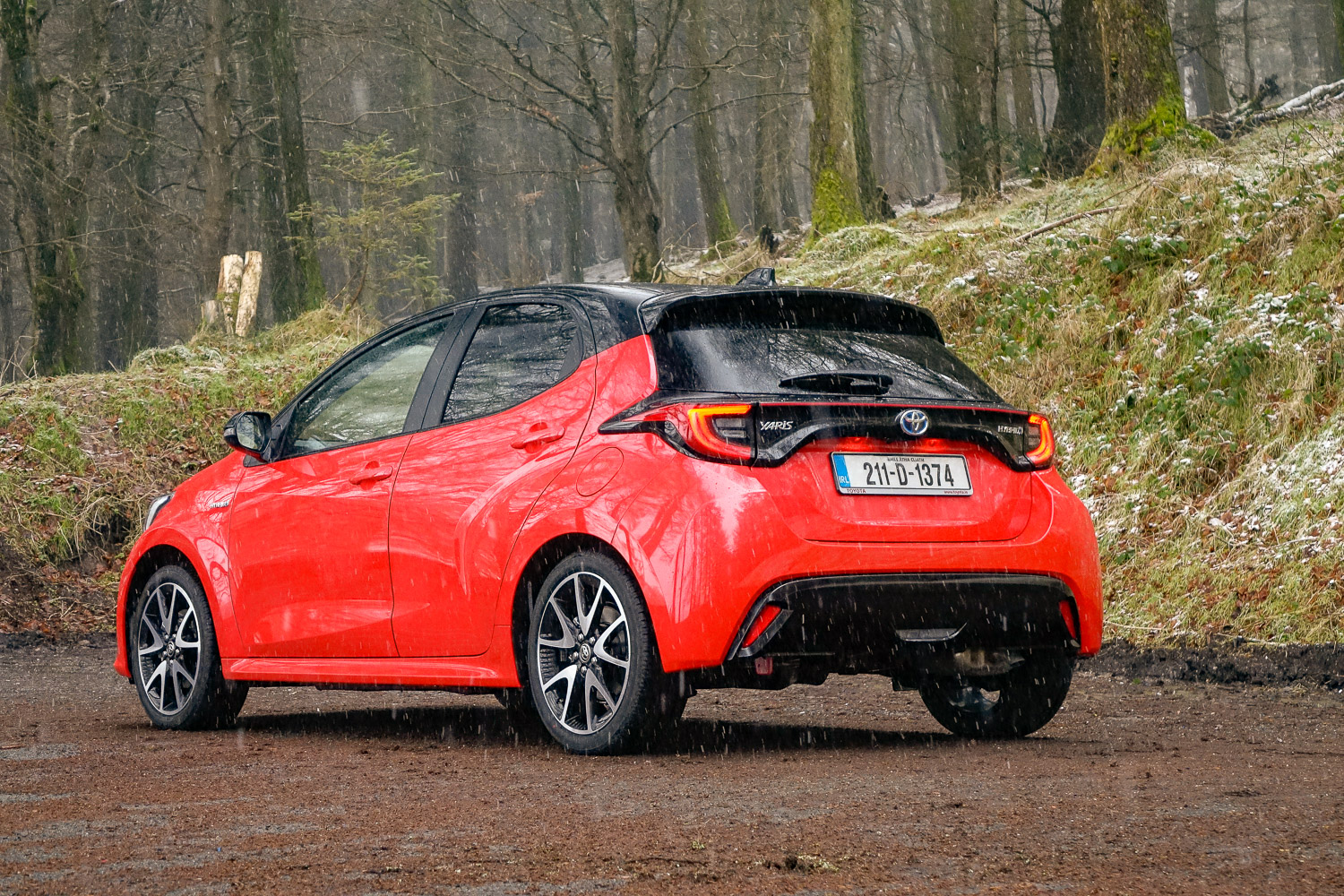 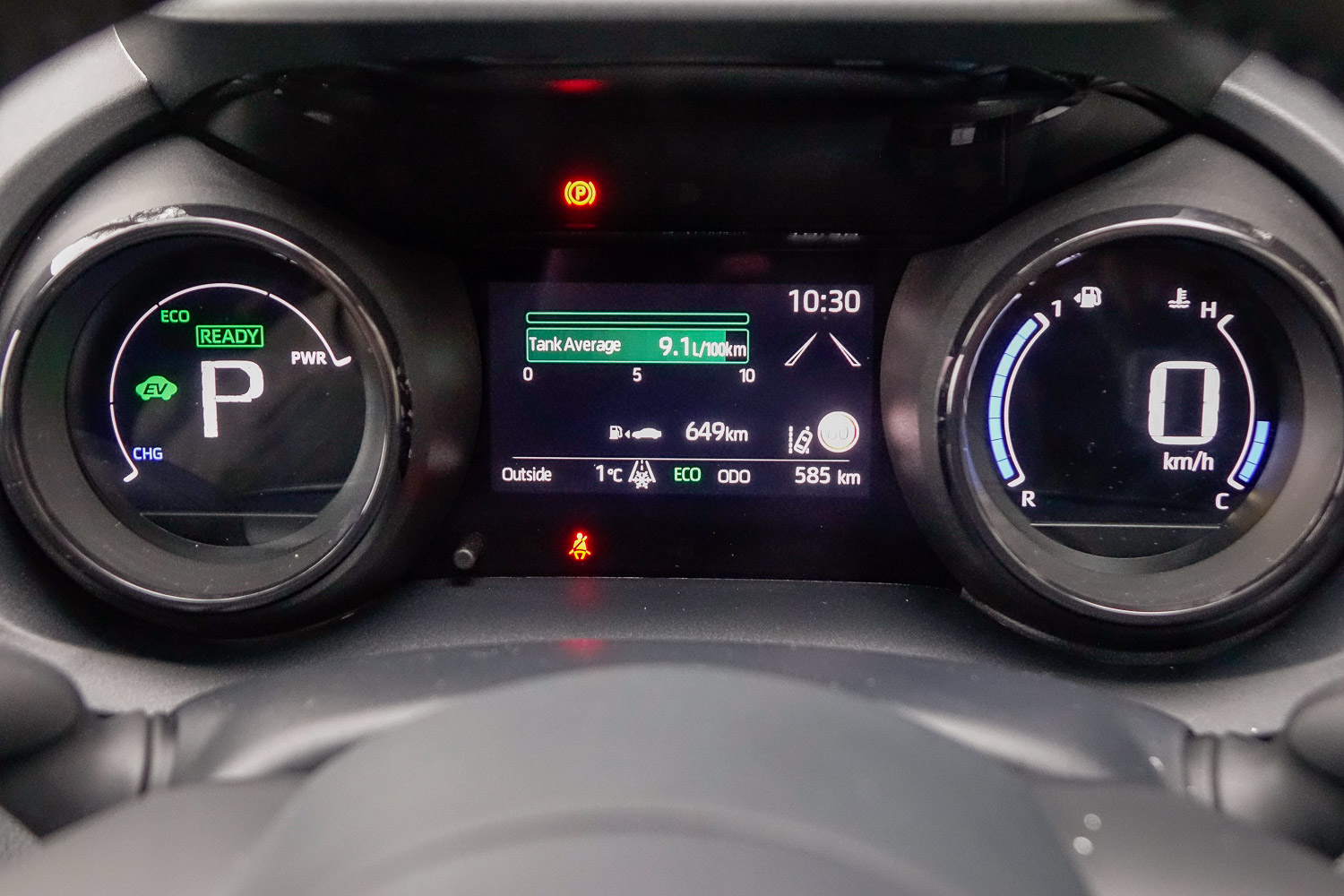 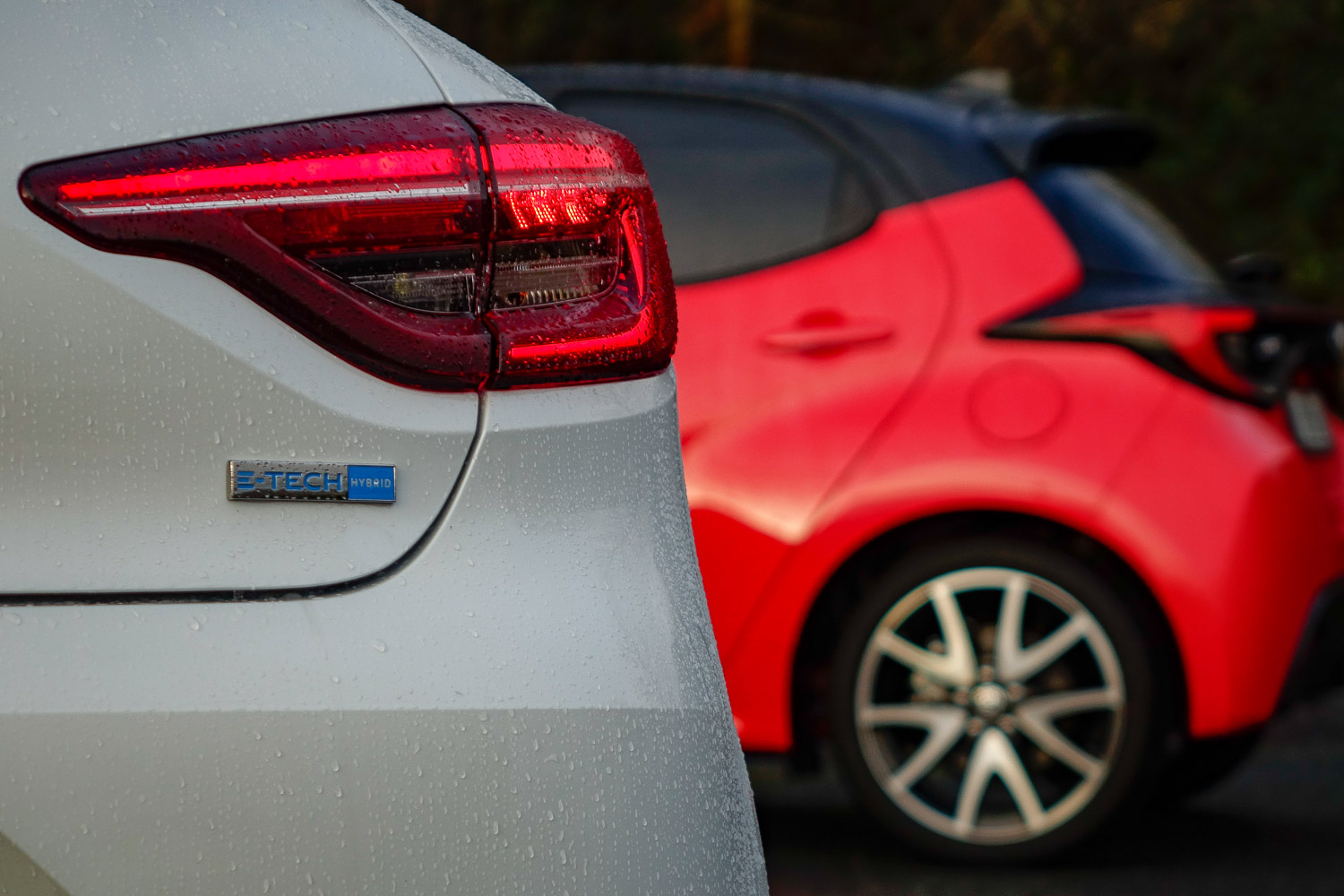 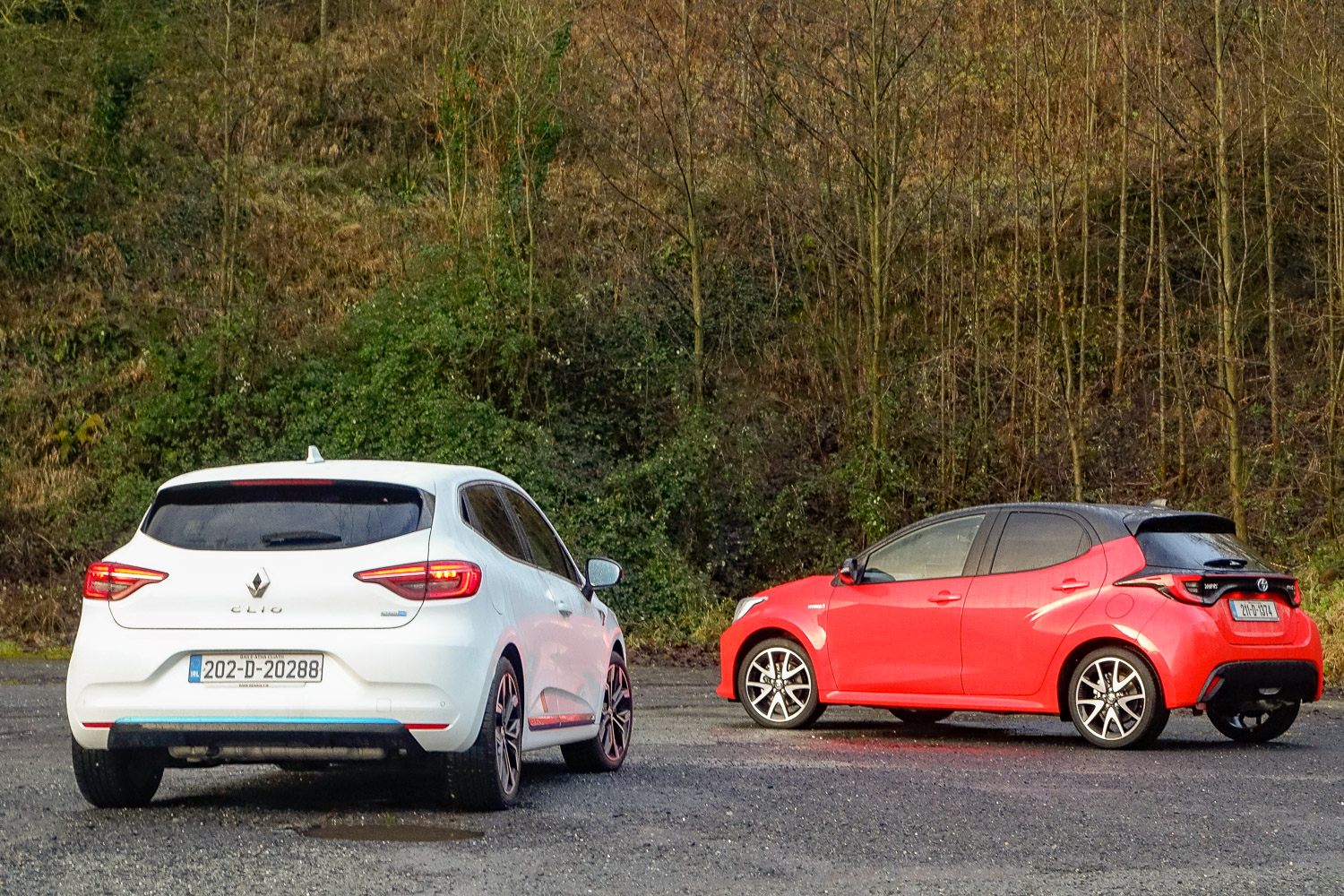 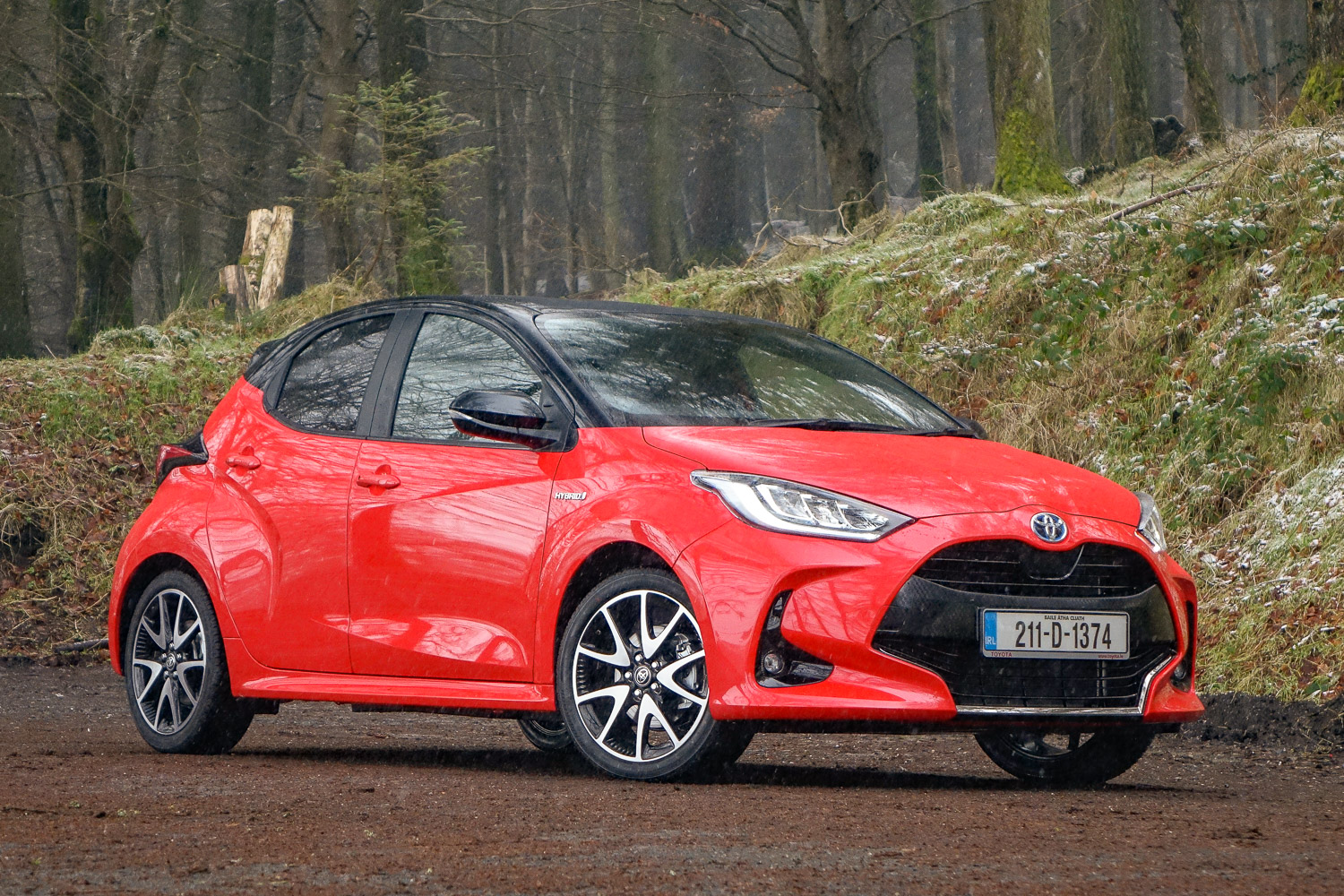 A new Yaris Hybrid has arrived, but so too has an all-new hybrid option for the Renault Clio. Which to buy?

There hasn't been a lot of competition for the Toyota Yaris Hybrid, one of the only hybrid-powered superminis on the market for a number of years now. It has a loyal following, despite the significant premium over regular petrol models, and there's never been more interest in hybrid power than there is right now. Perfect timing, then, for Renault to launch the Clio E-Tech.

Renault's E-Tech brand will be used for its regular hybrid and plug-in hybrid technology and the Clio uses the former, just as in the Yaris. However, the hybrid systems differ somewhat, as Renault has come up with a unique new transmission system to make use of two electric motors. Not that buyers will be aware of their machinations. The question is, is the Clio E-Tech good enough to allow Renault take a share of what has been Toyota's turf for a while now?

We're fans of the looks of both of these cars, though they're remarkably different. The new Yaris distances itself from its relatively forgettable predecessors with a wider, lower stance and a genuinely interesting design. The Premier model photographed here emphasises the design with dashing two-tone paintwork and attractive 17-inch alloy wheels.

The Clio is less of an extrovert, perhaps, as the design has gently evolved from previous generations. However, it's a handsome looking car, especially in Glacier White. It also wears 17-inch rims, and this E-Tech Edition comes with a set of decals that, we reckon, enhance the appearance. For us, it's a draw in terms of visual charm, though we'll admit that the design of the Yaris is likely to divide opinion, whereas the Clio has more universal appeal.

Appearances are deceptive, too, as you might assume that the Yaris is a much smaller car. It's true that the Clio is 120mm longer, with a 29mm longer wheelbase, but the Yaris is a little wider and a considerable 52mm taller. That extra length in the Clio helps give it an advantage in the boot, as it measures in at 301 litres - to the 286 litres the Yaris can hold with the rear seats in place.

Inside, however, the longer wheelbase of the Clio doesn't translate into obviously more rear-seat space. The Renault is less enclosed feeling back there, but there's possibly a tad more kneeroom and legroom in the Yaris. It's best to think of both of these cars as for no more than four people including the driver, even if they have seatbelts in the middle of the back seat.

Up front, the dashboards are really different. The Yaris has loads of nooks and crannies to hold things and textured plastics to disguise the fact they're not soft-touch materials. This model gets dinky little digital readouts within the instruments and lovely sports seats, too.

However, the Clio E-Tech in our test car's specification feels lighter and airier and more spacious up front. It has a lovely looking upright touchscreen system and a colour display for the instruments. The trim materials also feel of higher standard. Indeed, sitting into the front of the Clio after the Yaris, it feels like a car from the class above.

At first, both cars feel similar to drive. They drop into electric power relatively frequently, especially in an urban environment, they're both quiet unless extended, and they feel pleasantly nippy in everyday driving. A glance at the tech specs suggests that the Clio should feel considerably faster, as it produces more power and torque, but it doesn't in reality feel quicker, certainly not when driving the cars normally.

The Clio's four-cylinder engine is the quieter of the two when it does kick in, but we're not averse to the off-beat thrum of the three-cylinder unit in the Yaris - it has a lot of personality.

And that sums up the manner in which these cars drive, actually. The Clio, while perfectly capable in the corners, has the more subdued chassis, excelling at relaxed cruising, but not being particularly engaging to drive. The Yaris, somewhat surprisingly, is genuinely huge fun to drive, encouraging you to take it out for a spin, despite the economy-leaning powertrain. Toyota really has got a handle on its CVT gearbox now and it mates well with the engine and a really willing chassis.

In terms of economy, officially, the Yaris Hybrid uses less fuel, but we didn't see a big difference between them.

The test cars are at the top of their respective ranges and, if you're so inclined, then the Yaris Hybrid Premier seems better value. The hybrid version of the Yaris actually starts at a far more reasonable €23,055, in Luna specification. The entry-level Clio E-Tech is in Dynamique guise, at €24,995. They're quite closely aligned in terms of equipment at that grade, too, which suggests that the Yaris is slightly better value overall, aside from the higher performance of the Clio, perhaps, and its larger boot.

As is clearly demonstrated by these two cars, hybrid versions of superminis are quite expensive. With my money, I'd look elsewhere in the Yaris or Clio line-ups for a simple petrol alternative. However, the remit of this article is to compare these two, not tell you ignore them and buy something else entirely... And on that count, there is no clear-cut winner, especially as we found little difference between them in terms of fuel efficiency, surely one of the primary reasons for considering a hybrid. The Yaris is the one I'd choose to drive for enjoyment's sake, while the Clio is a tad more practical, powerful and civilised. You'll need to decide which of those things matter more to you.