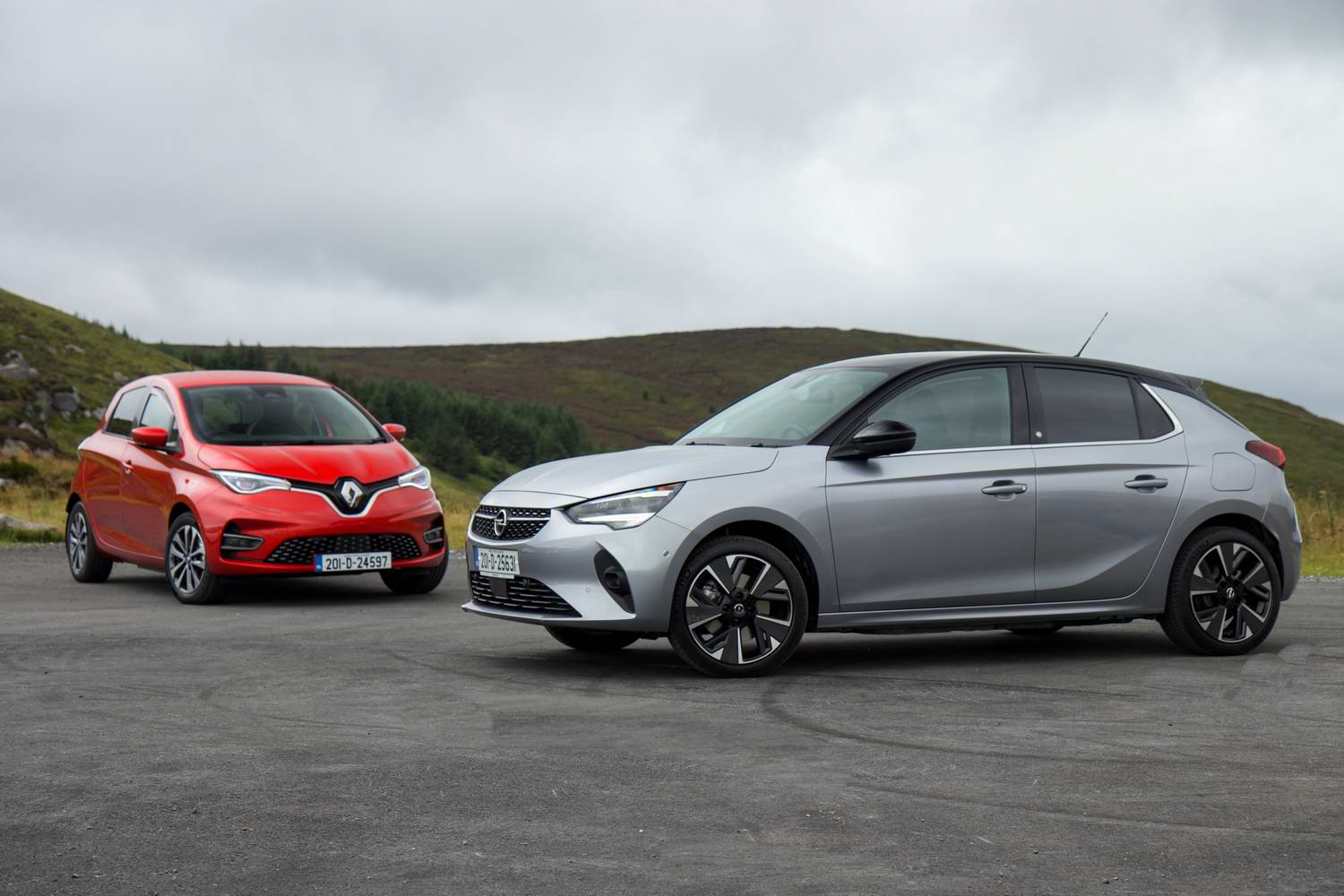 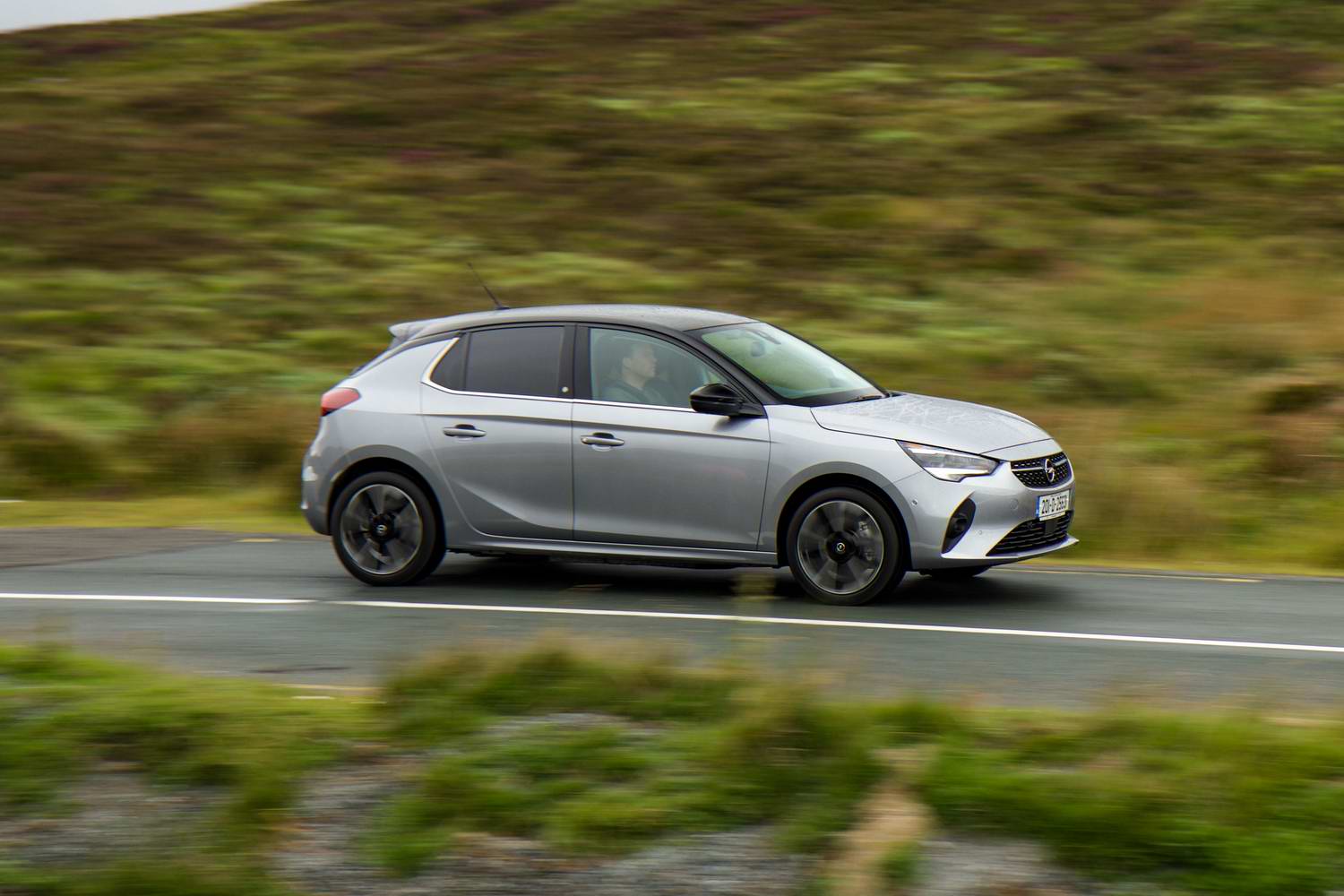 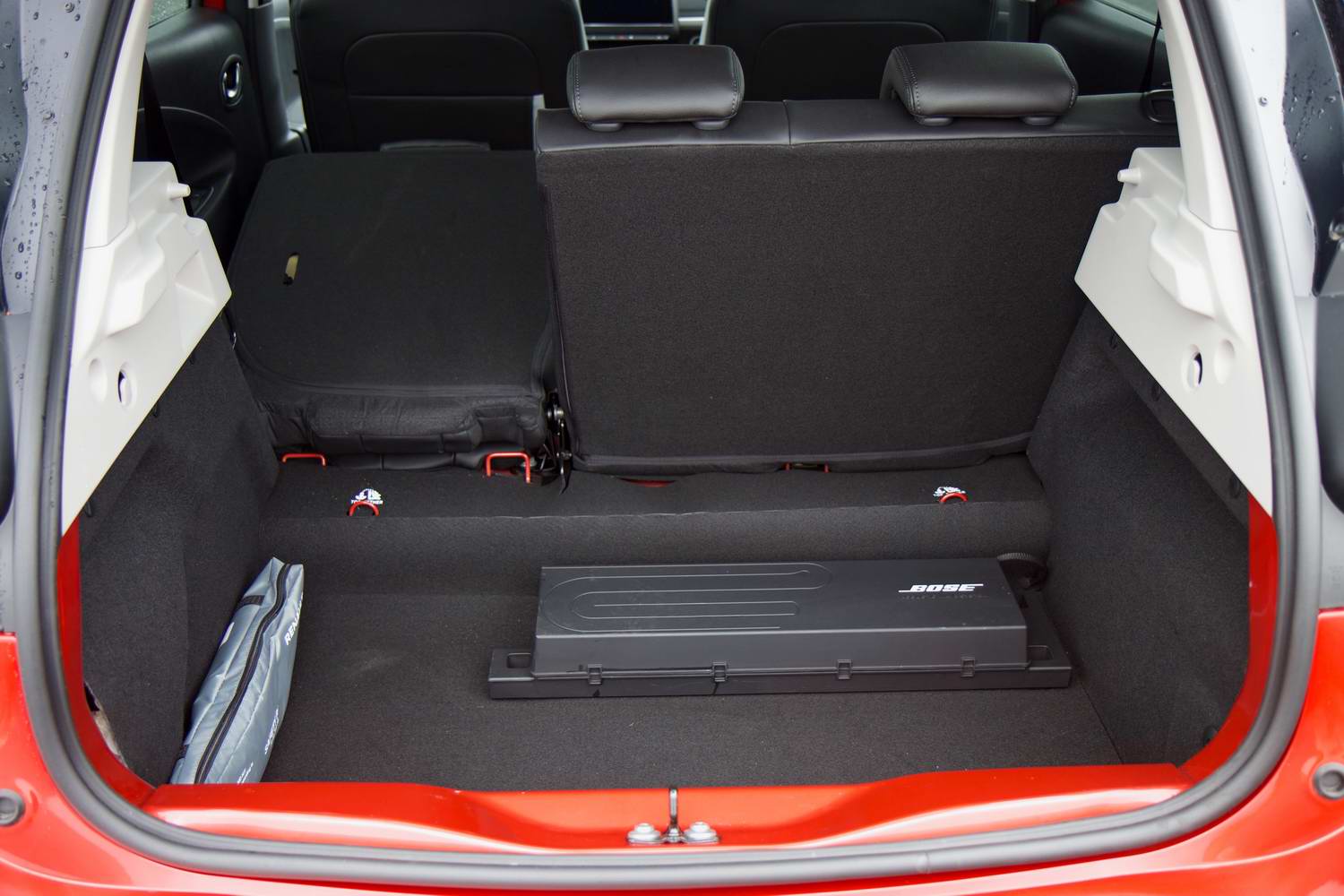 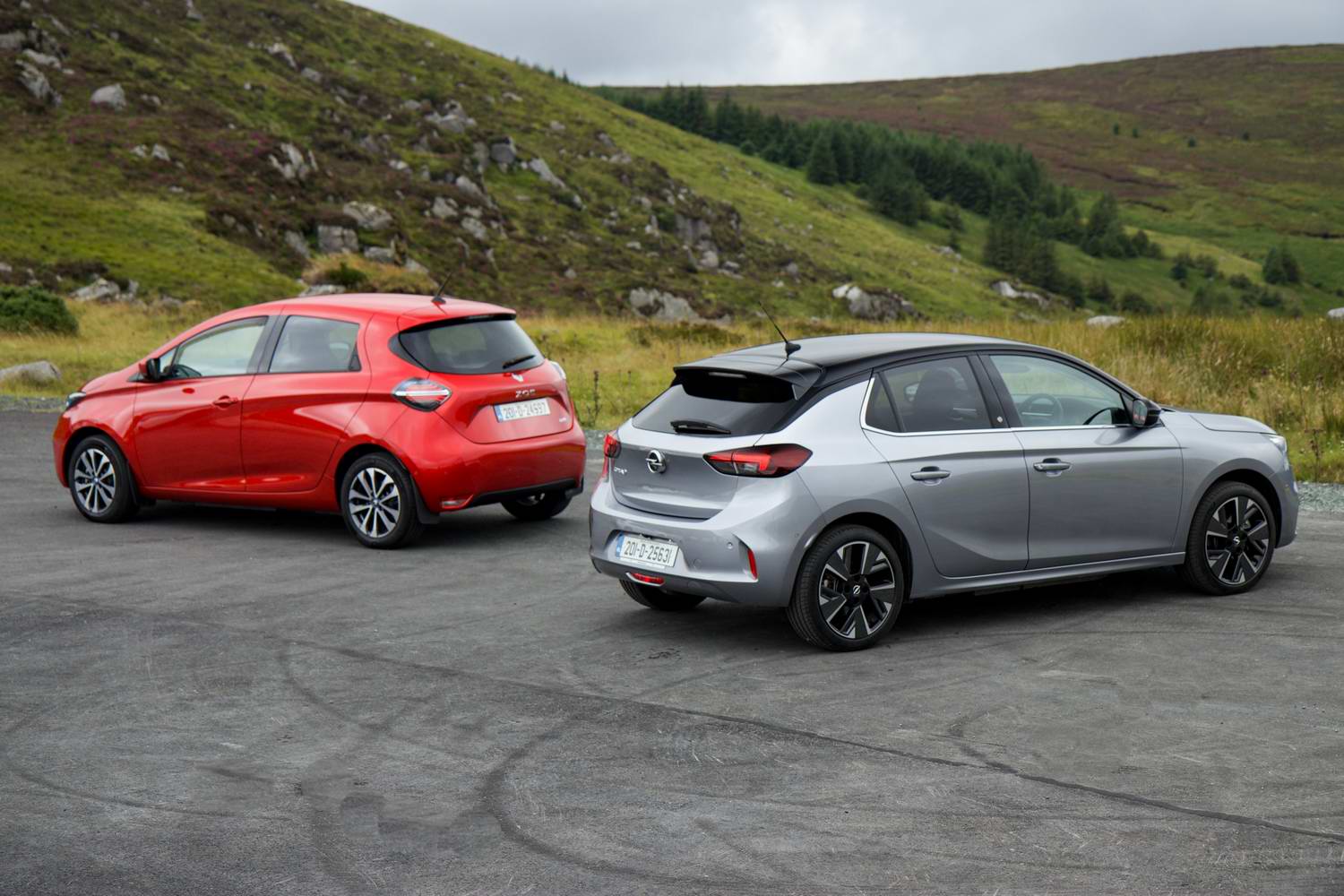 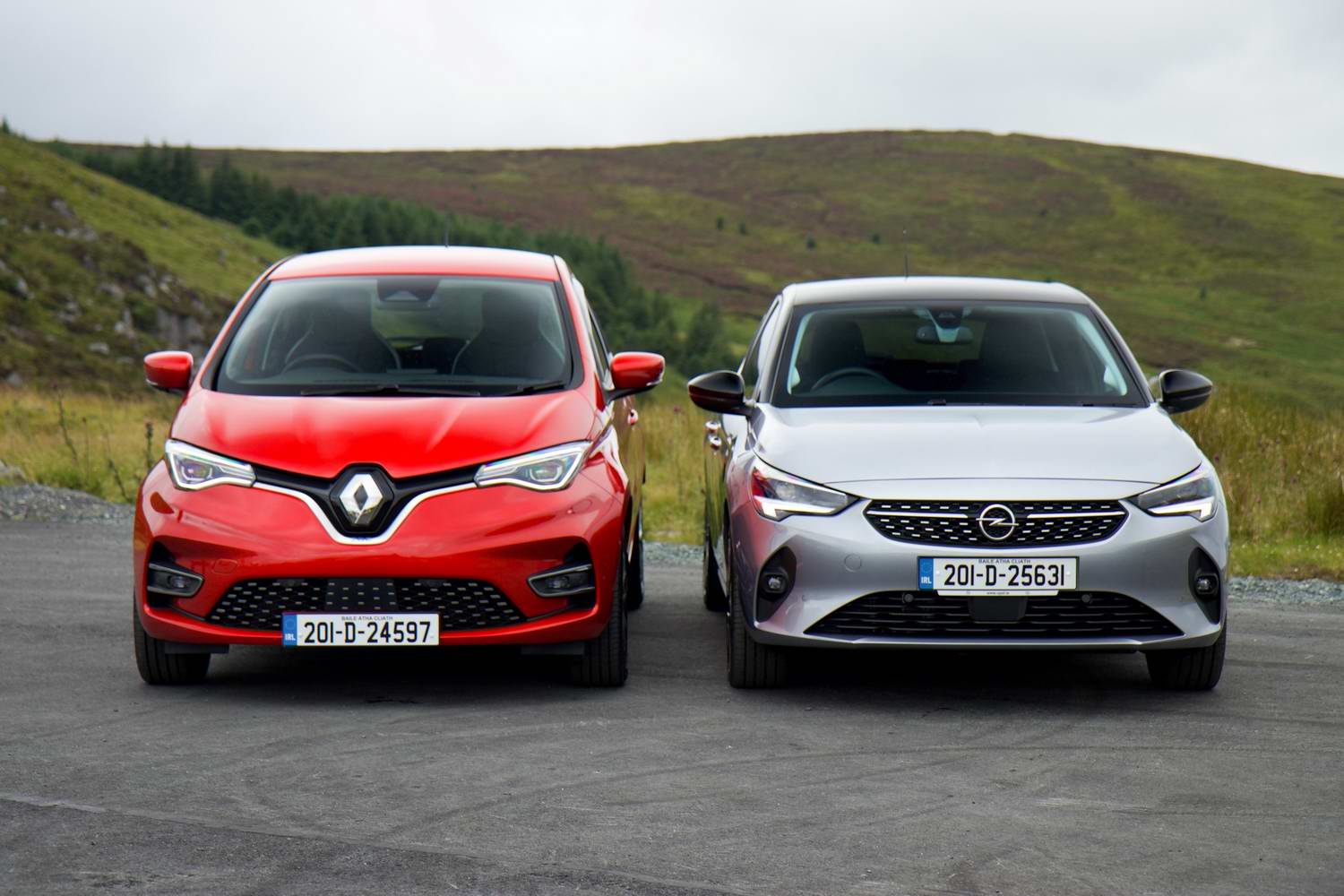 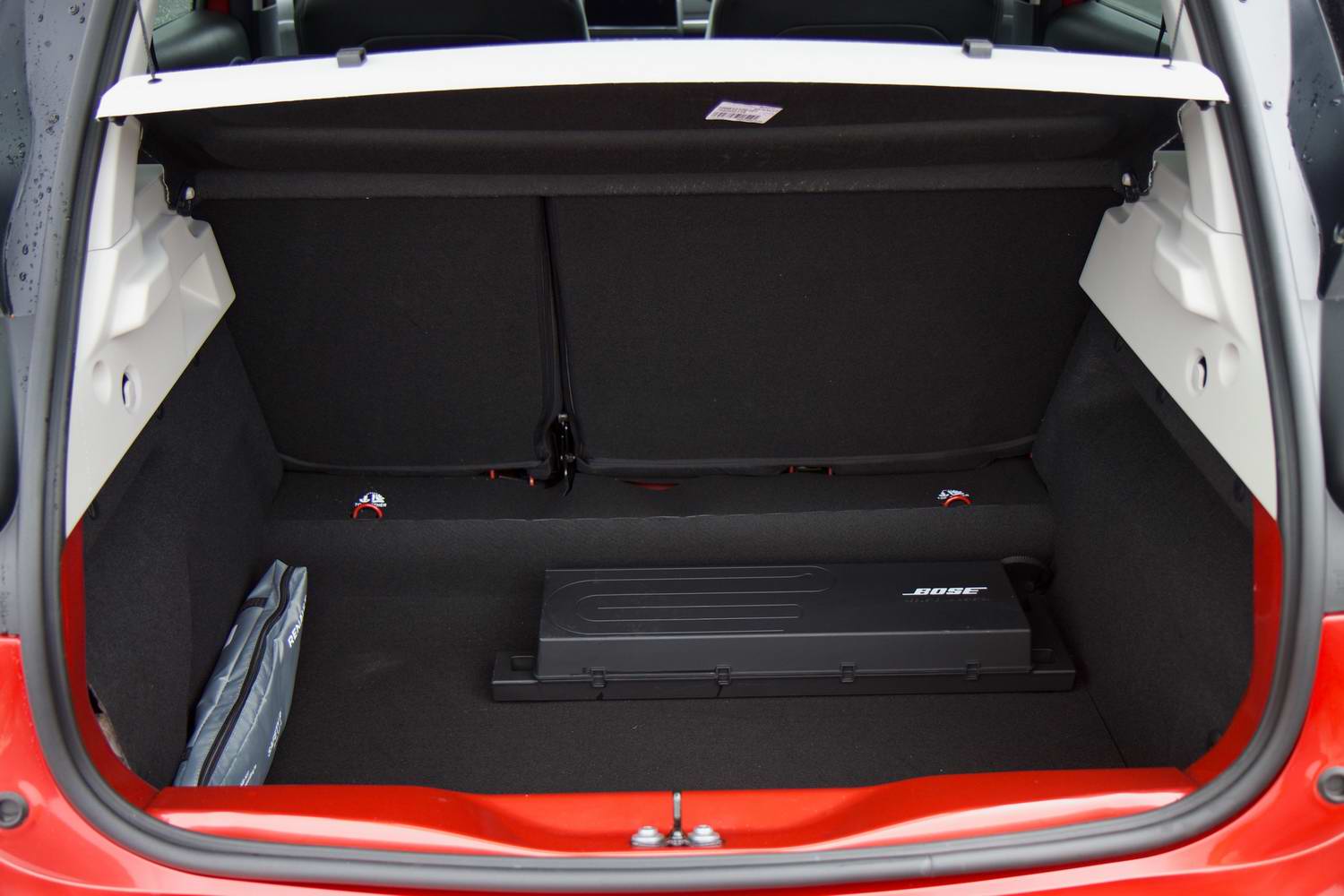 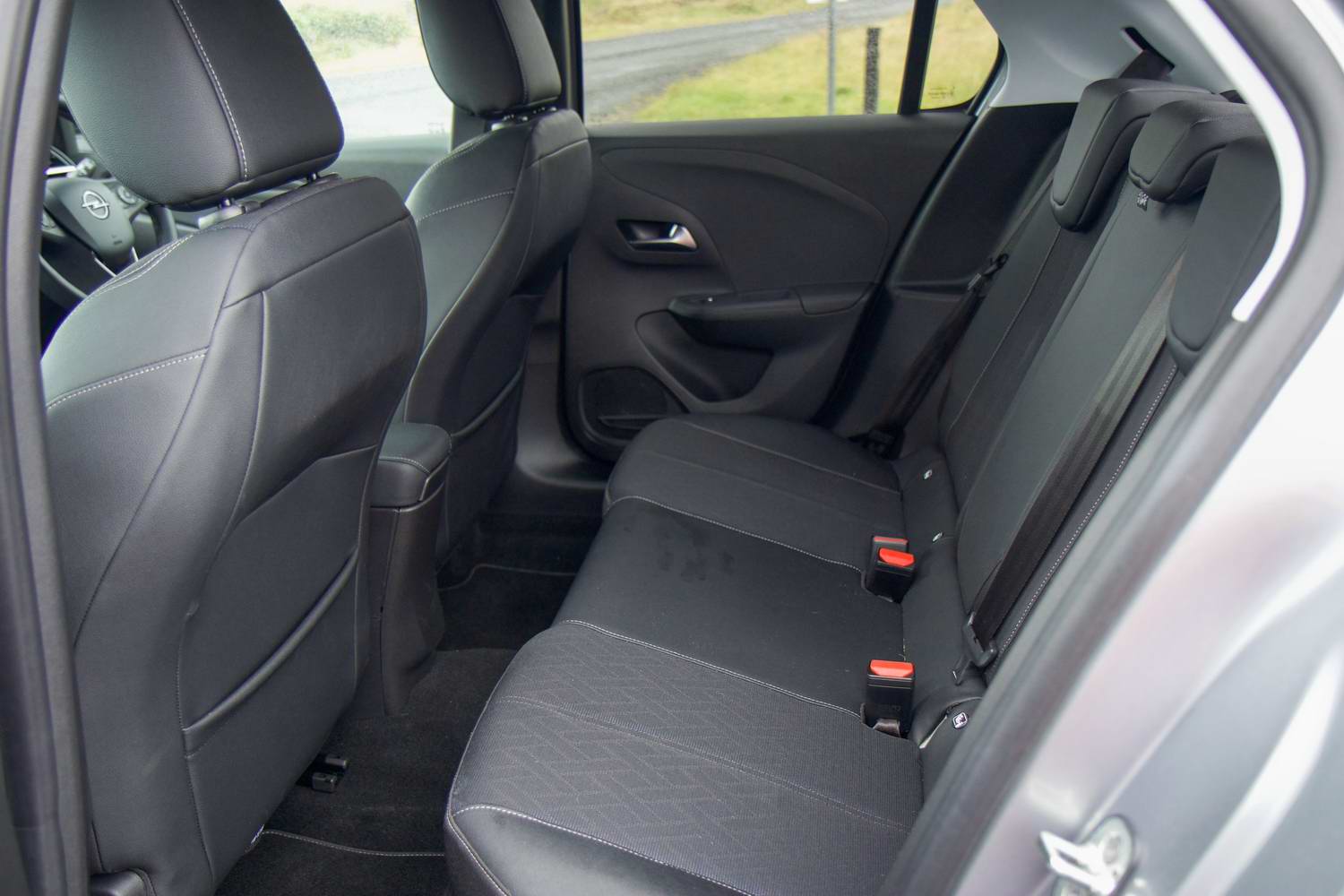 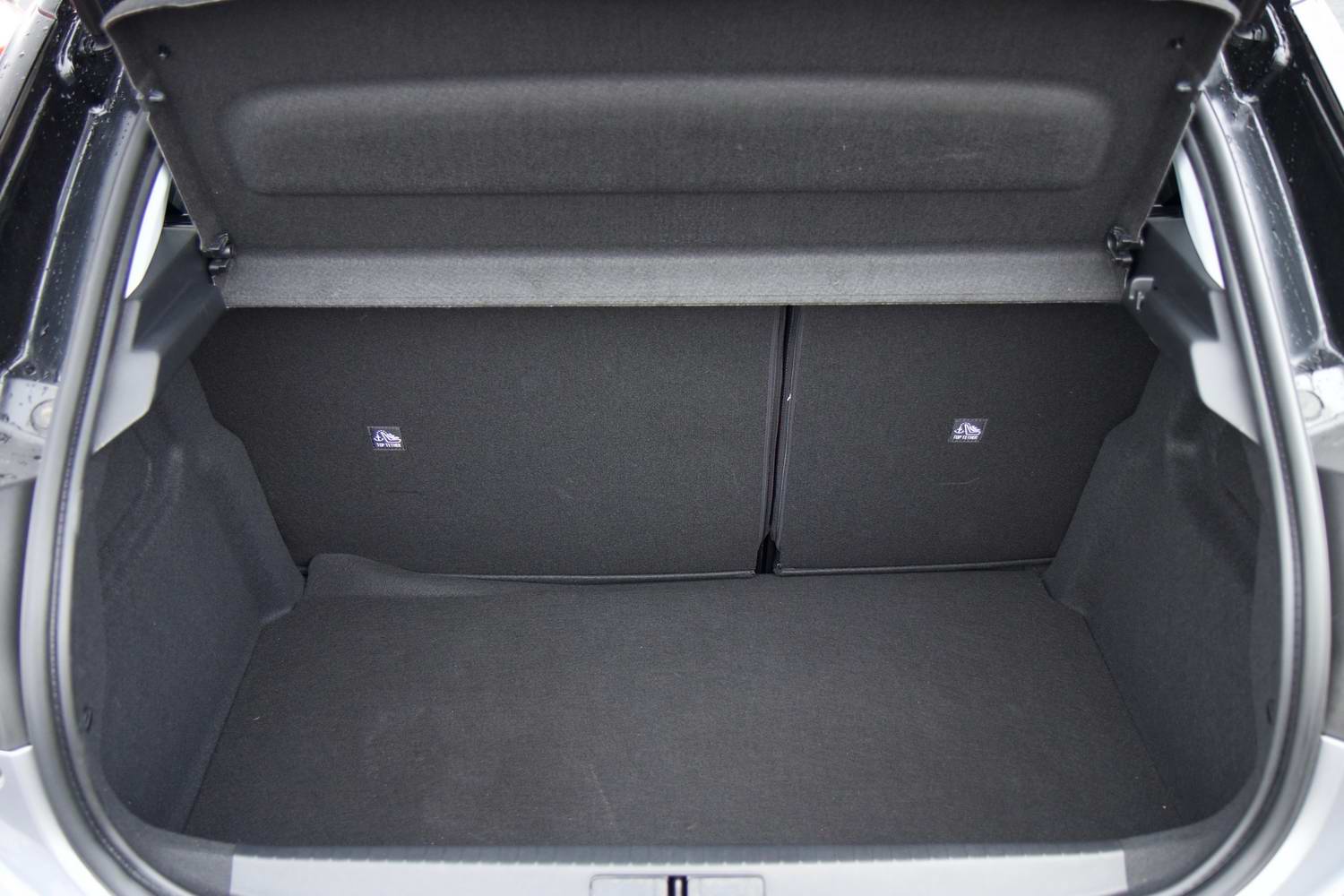 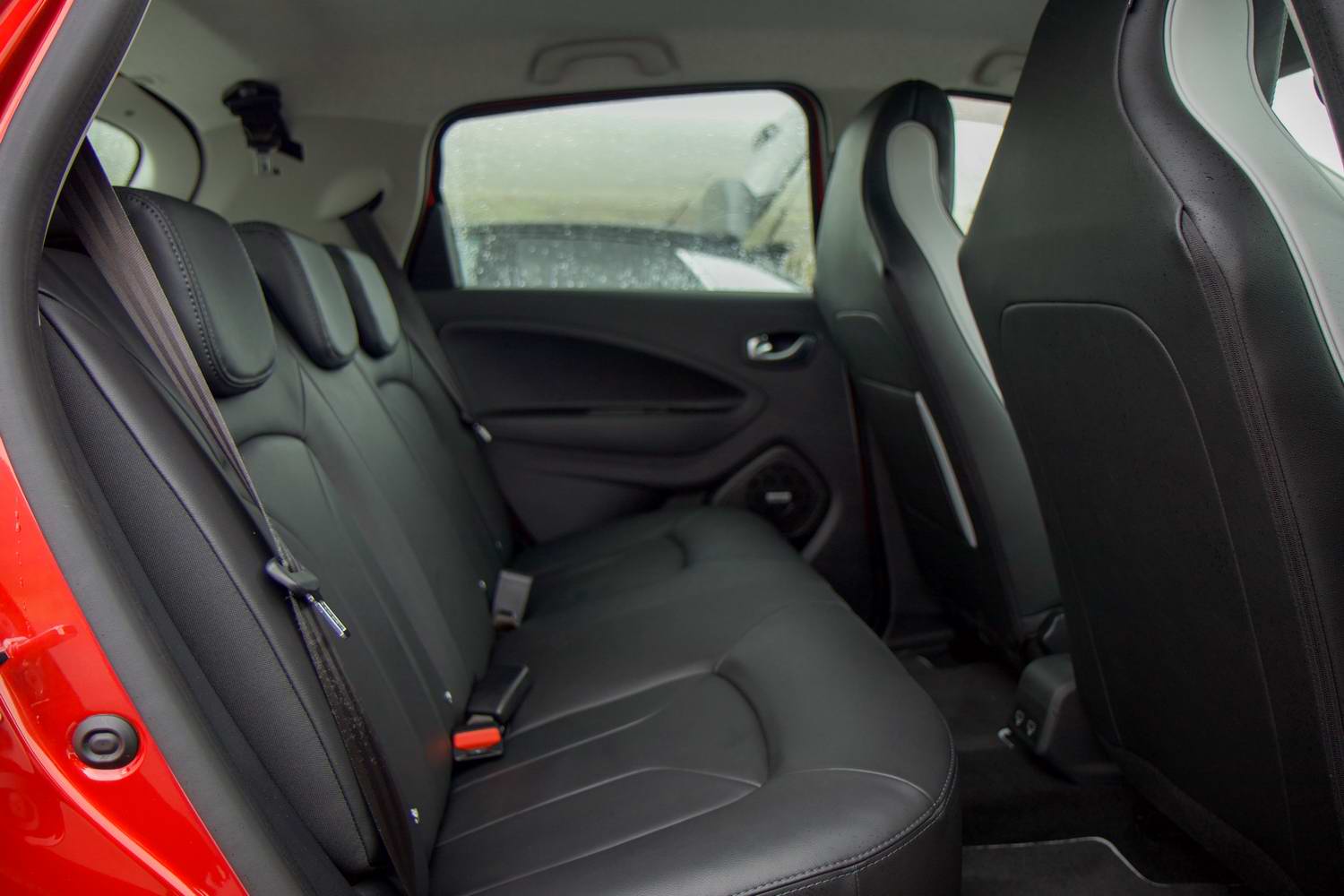 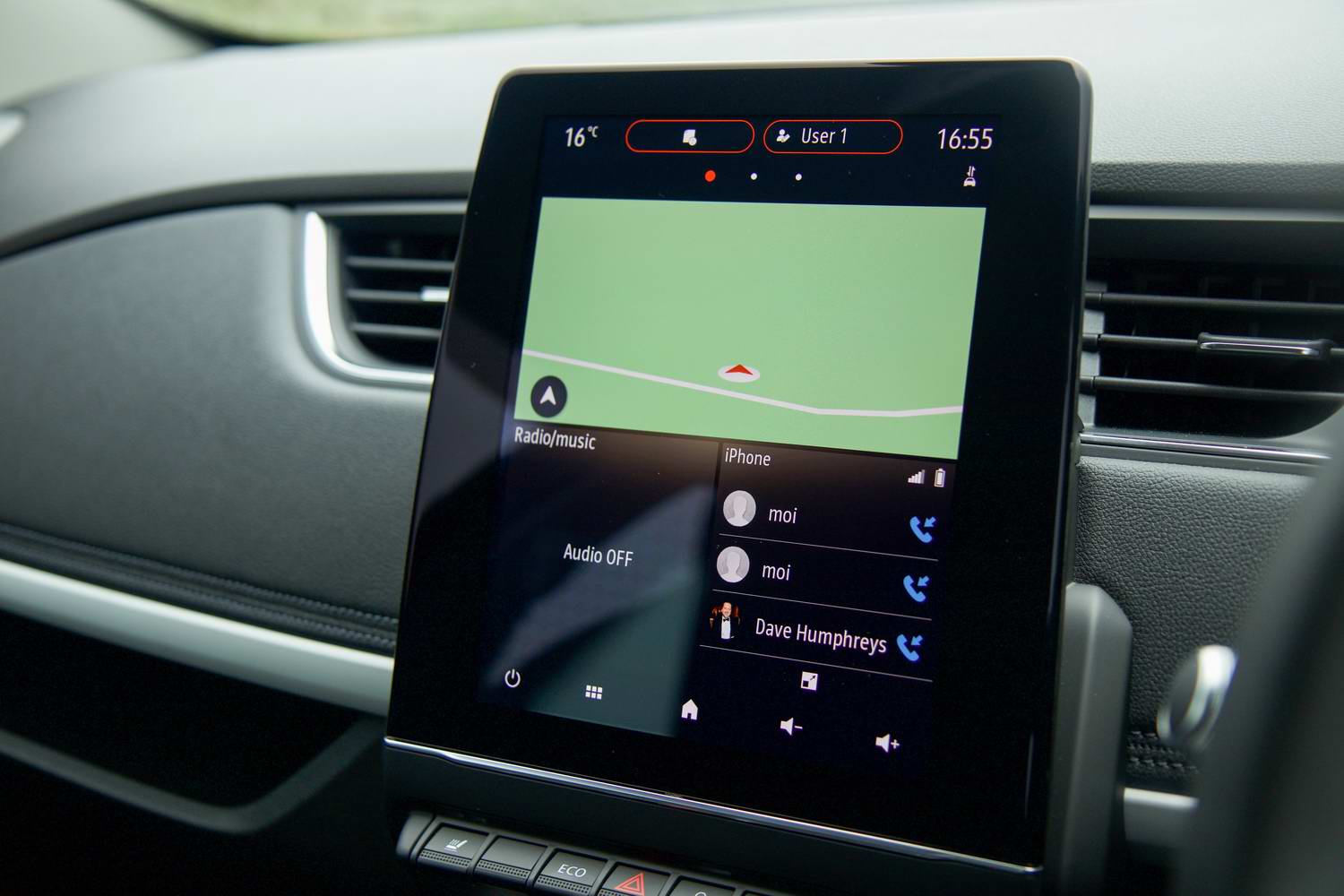 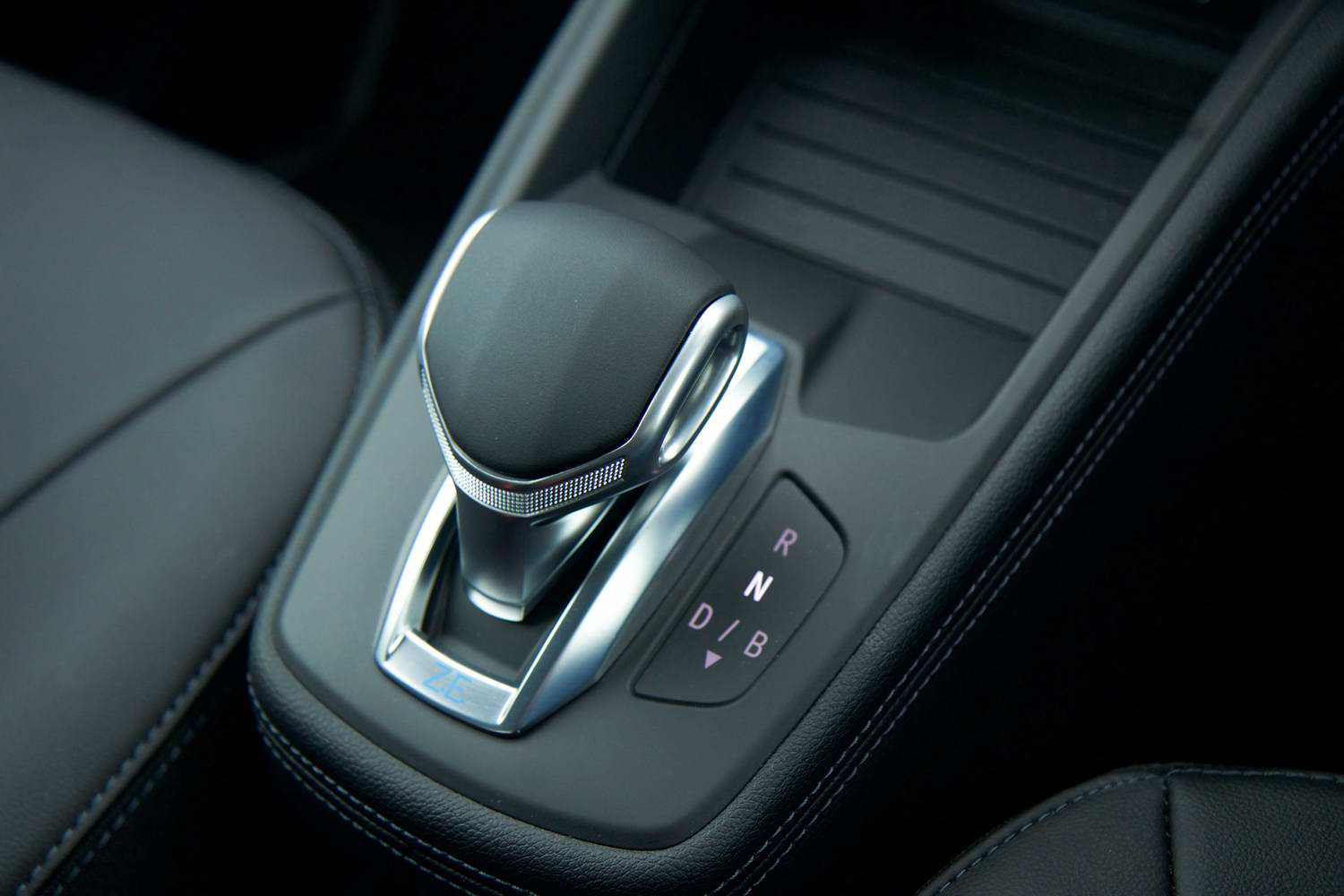 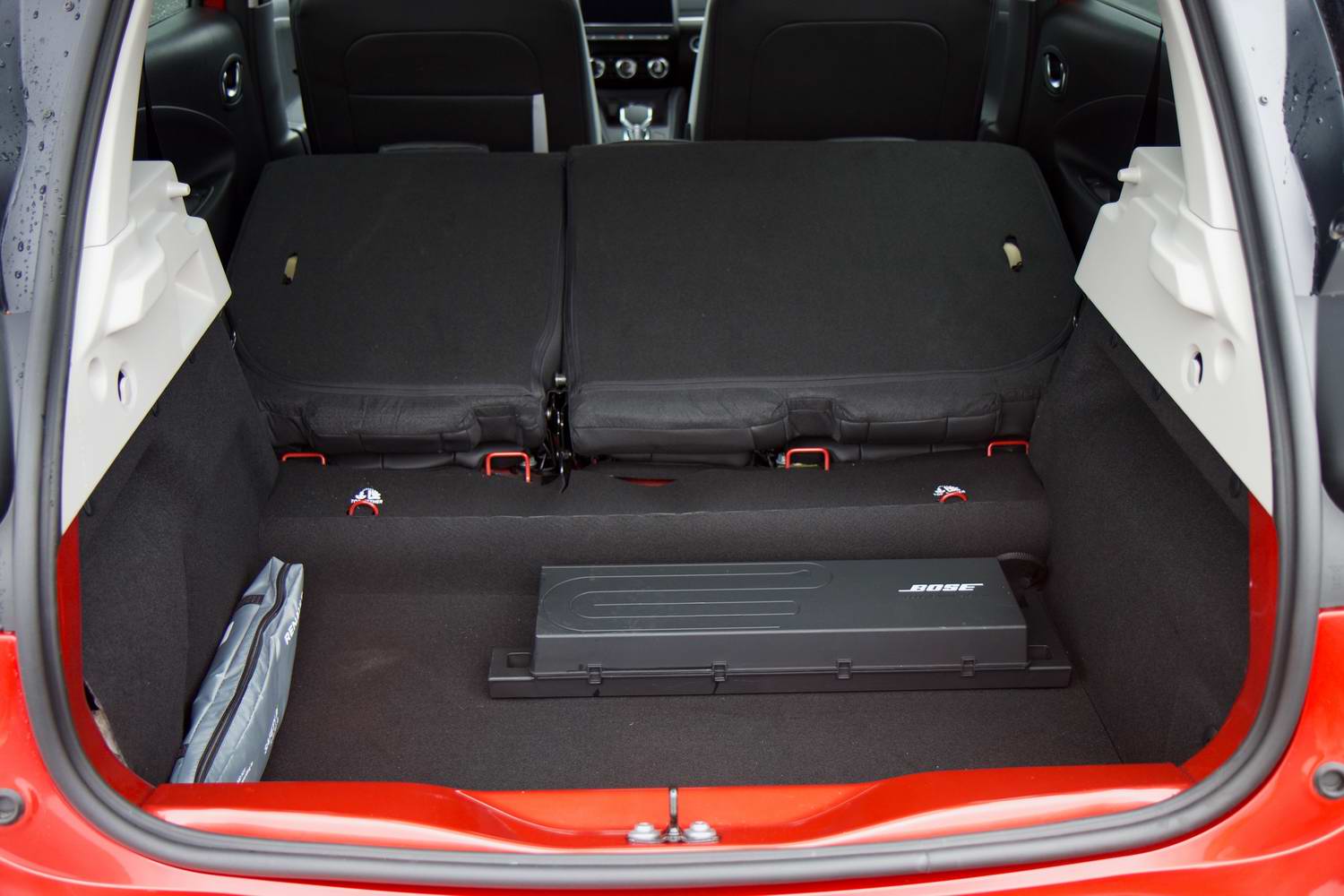 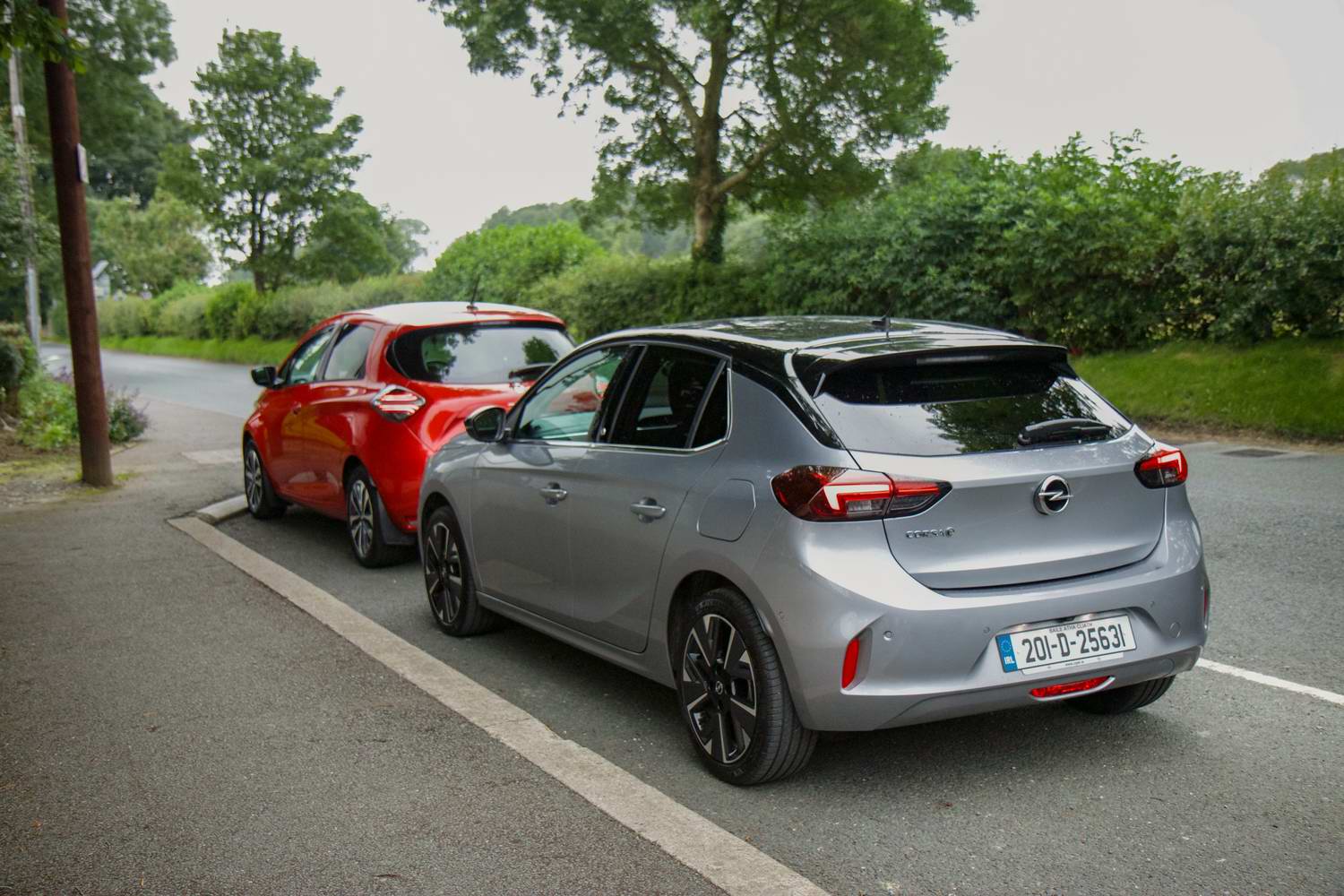 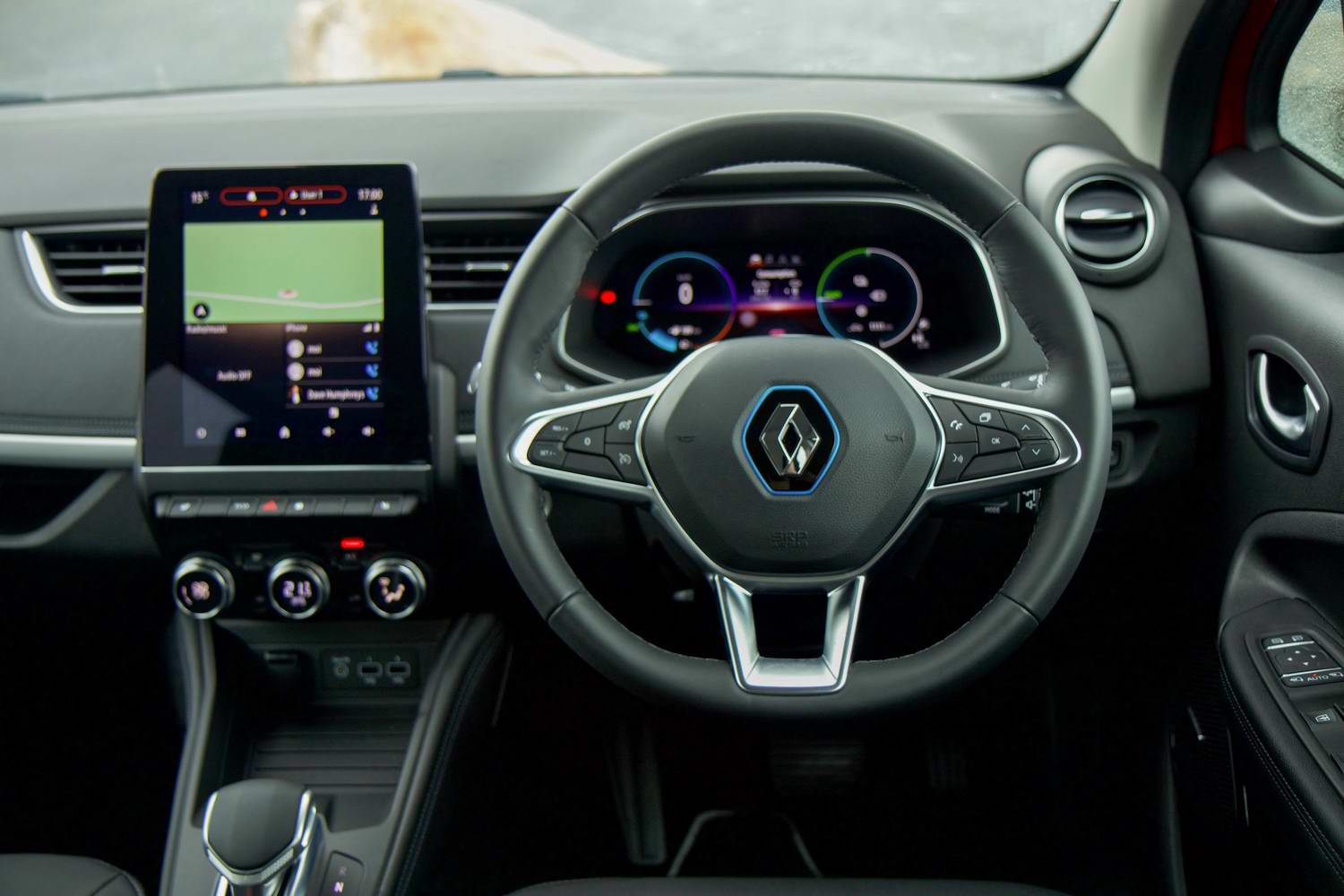 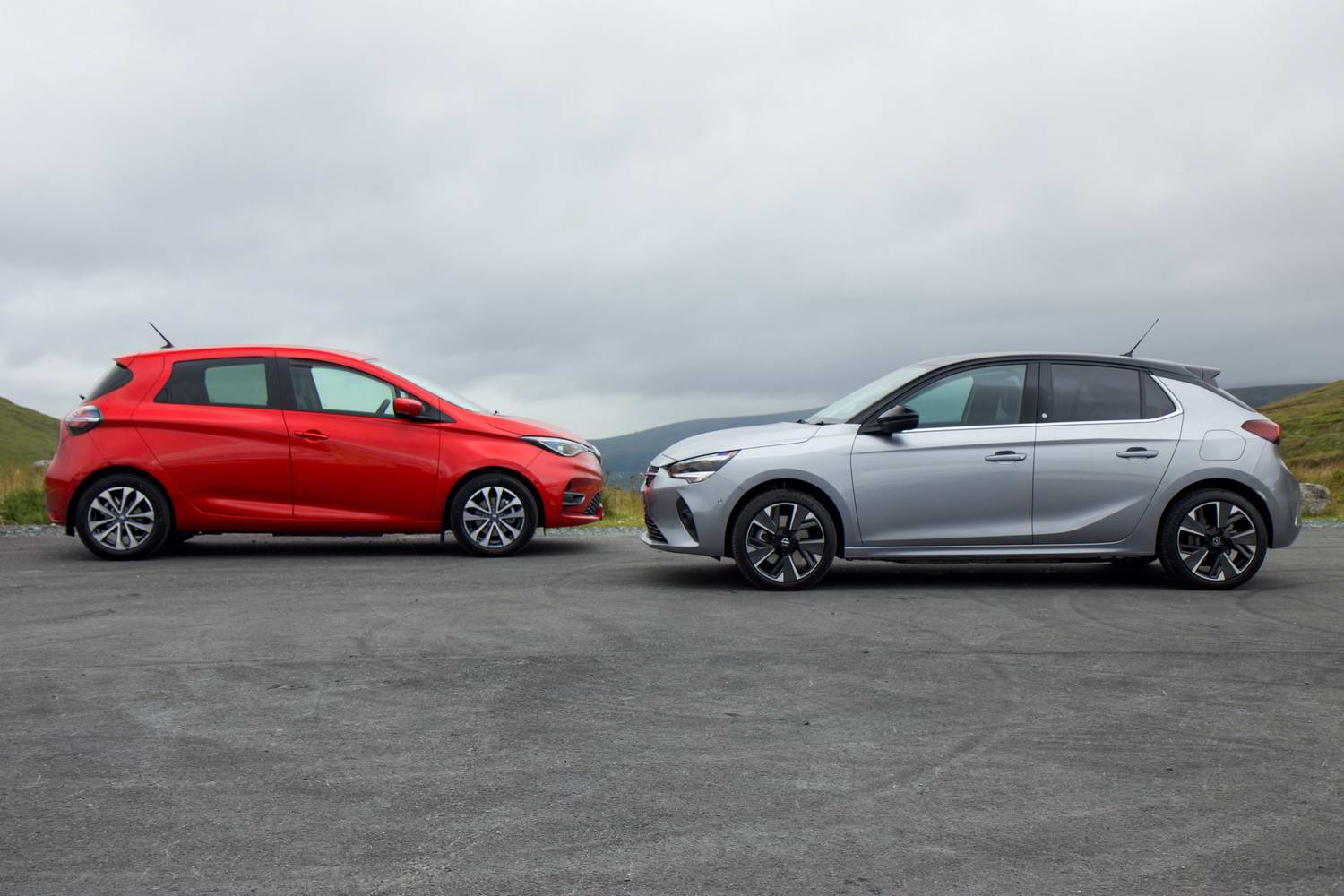 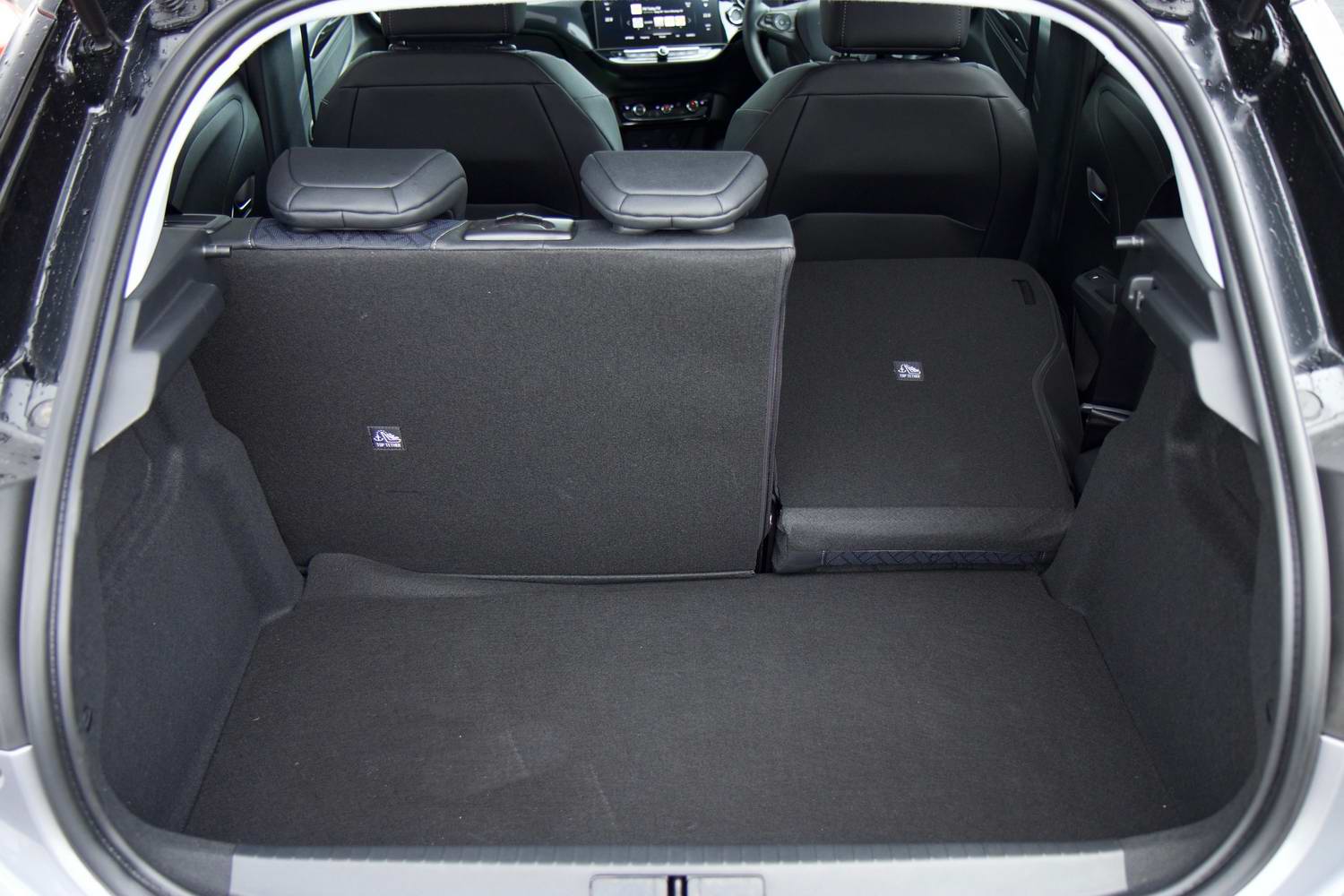 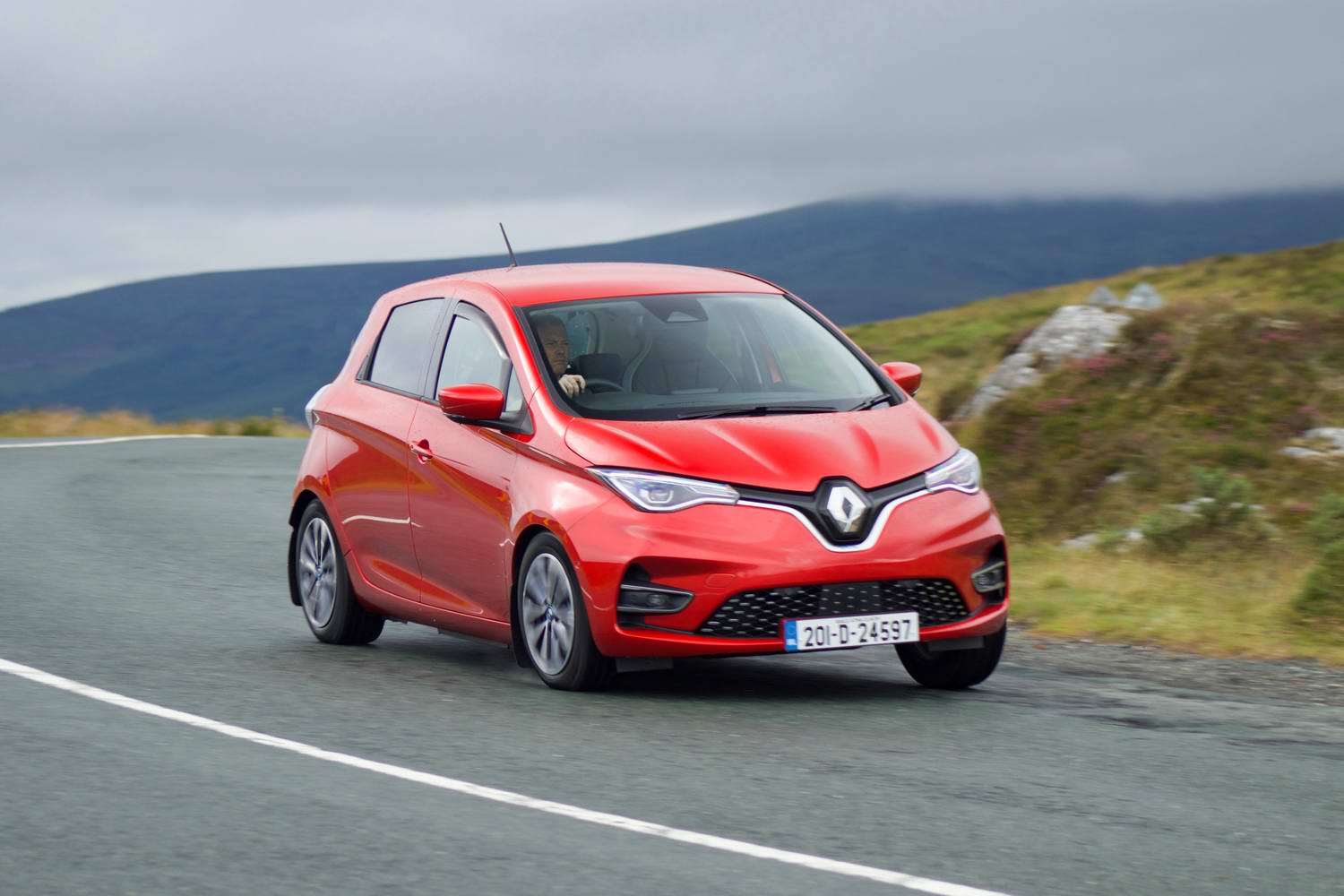 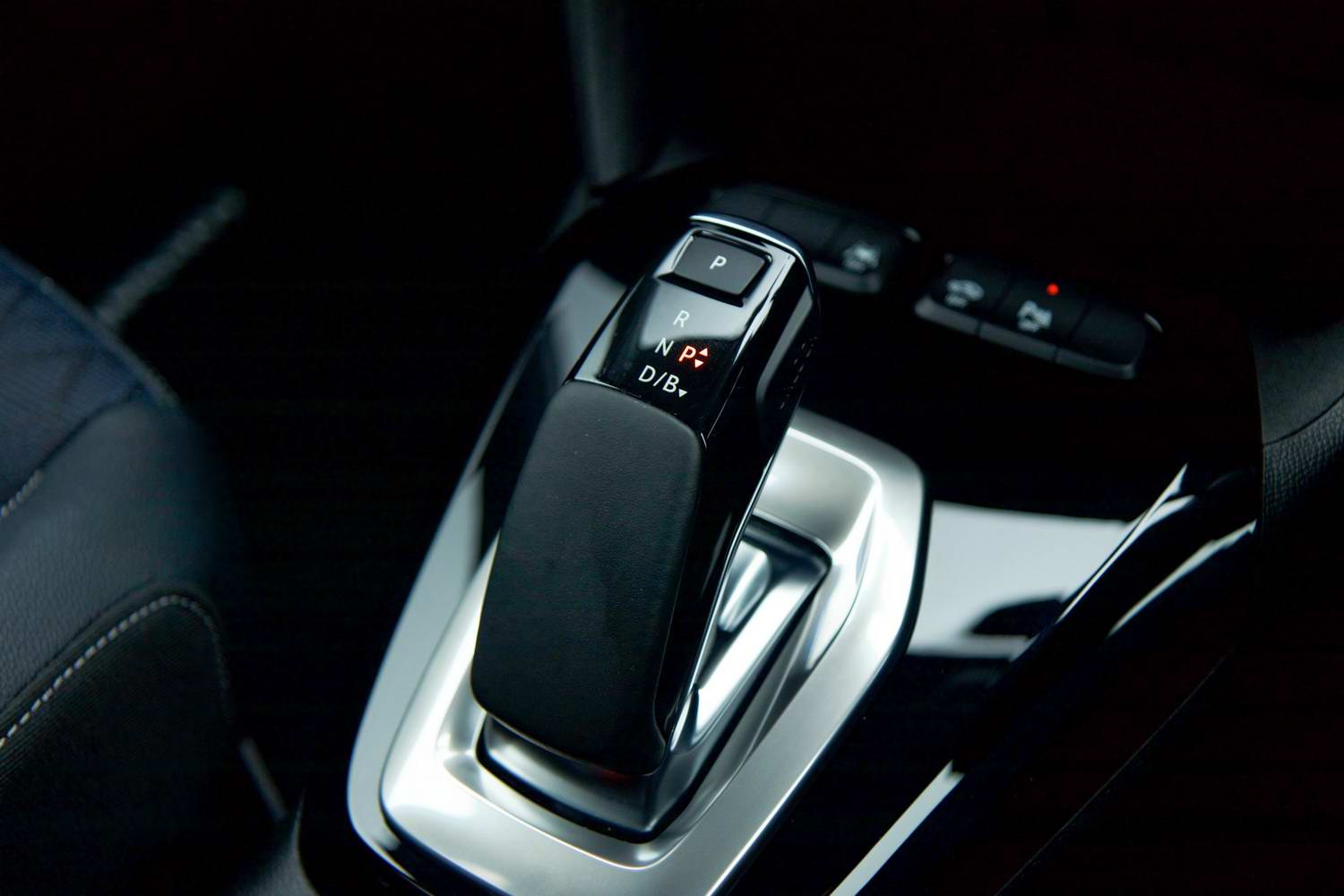 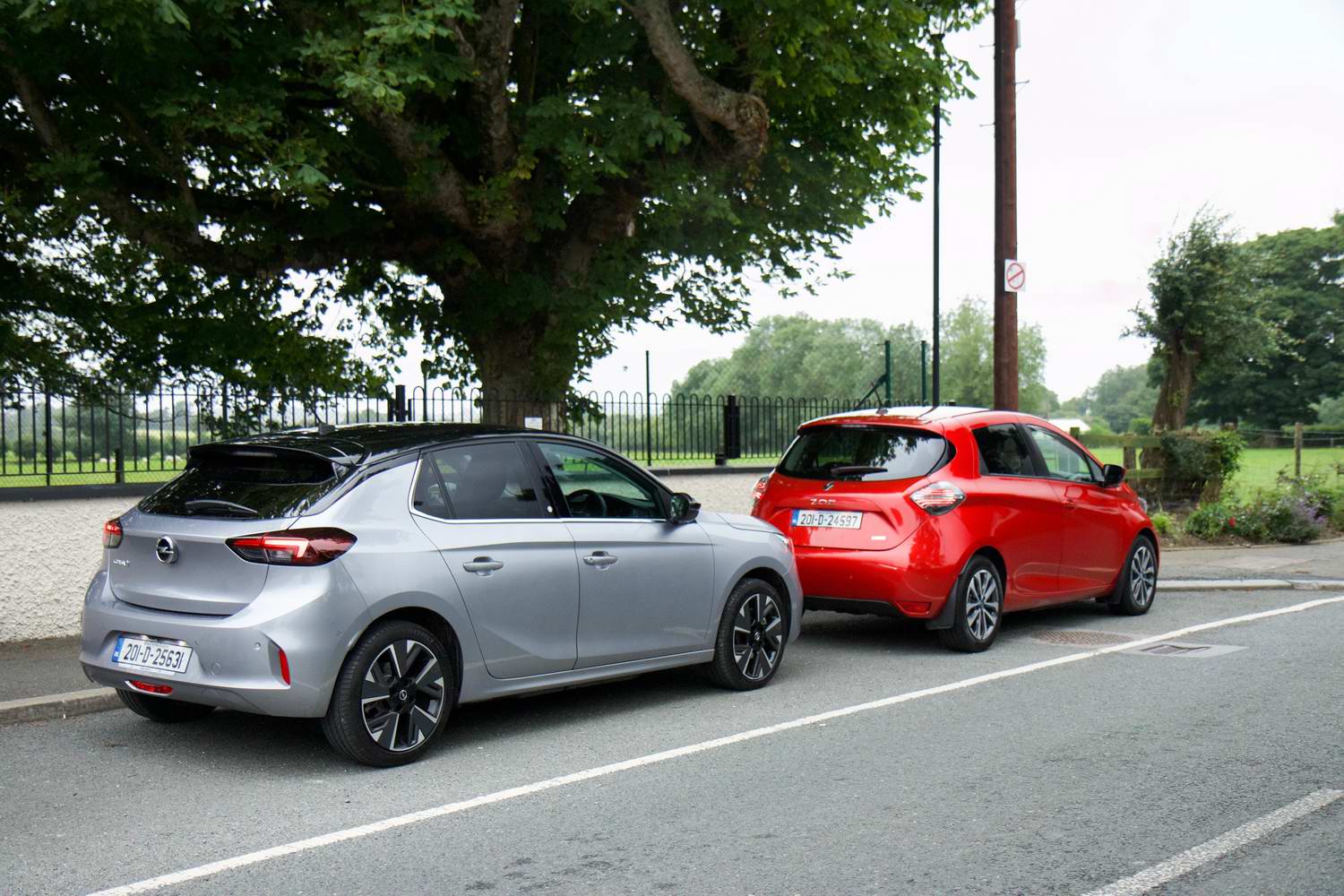 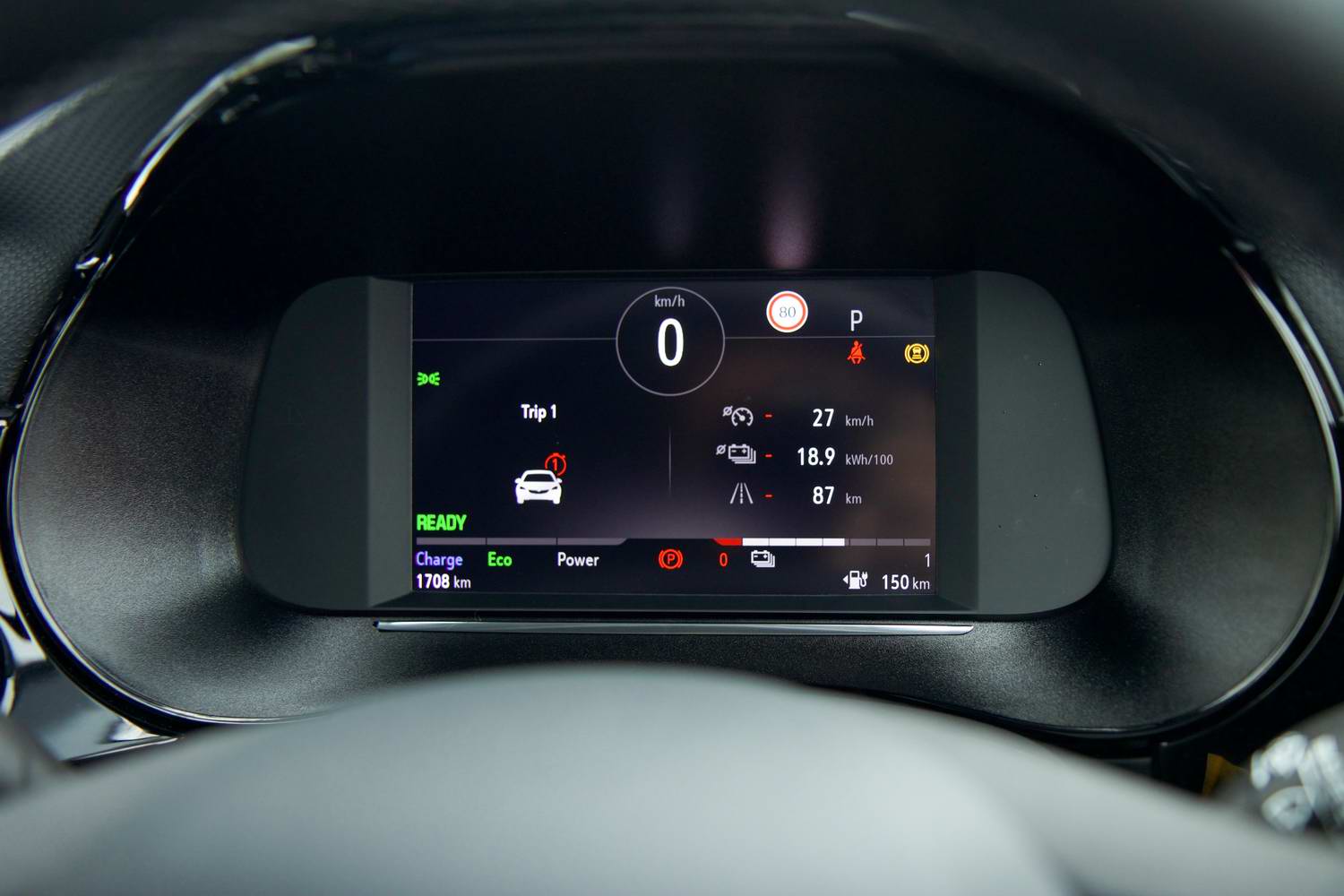 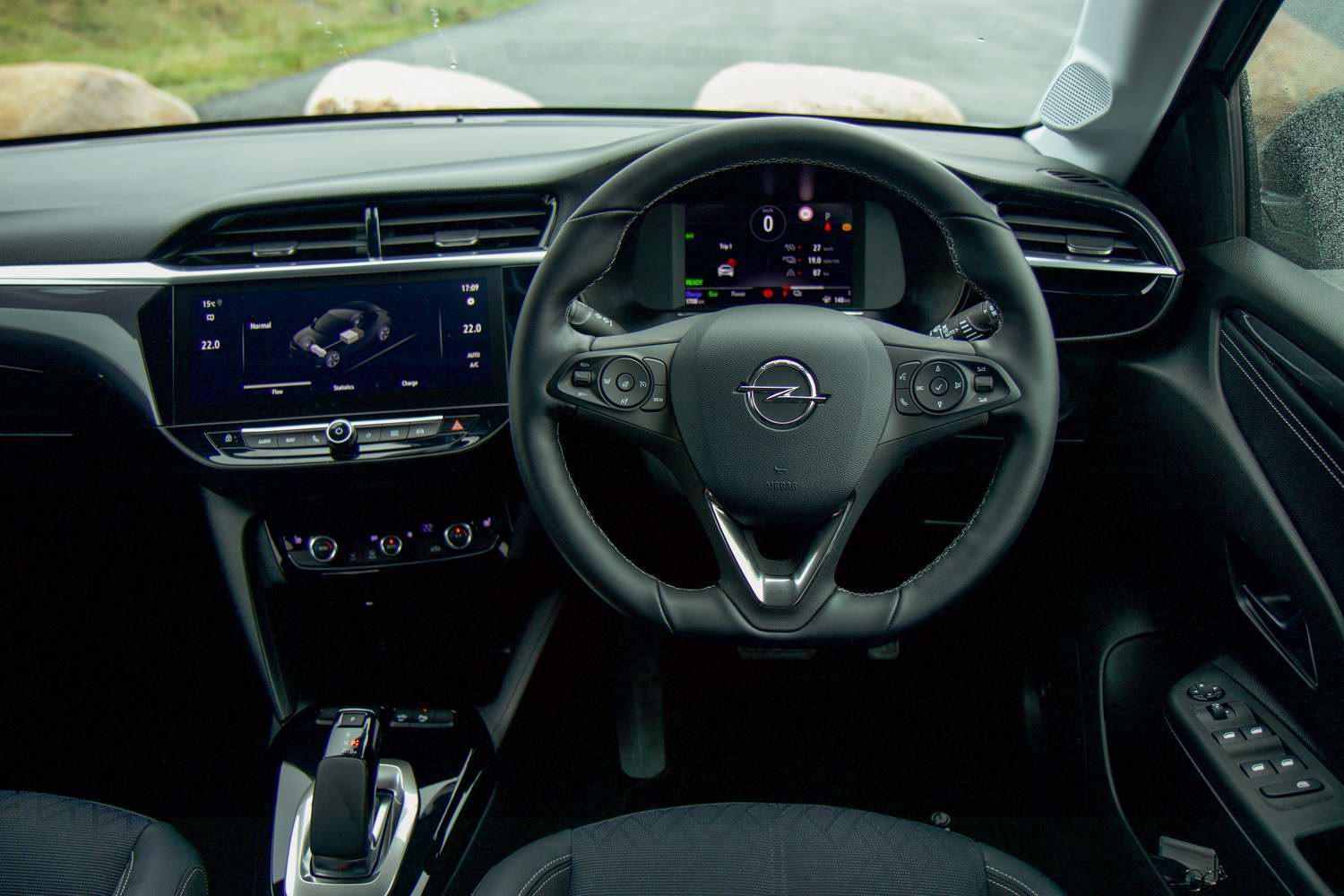 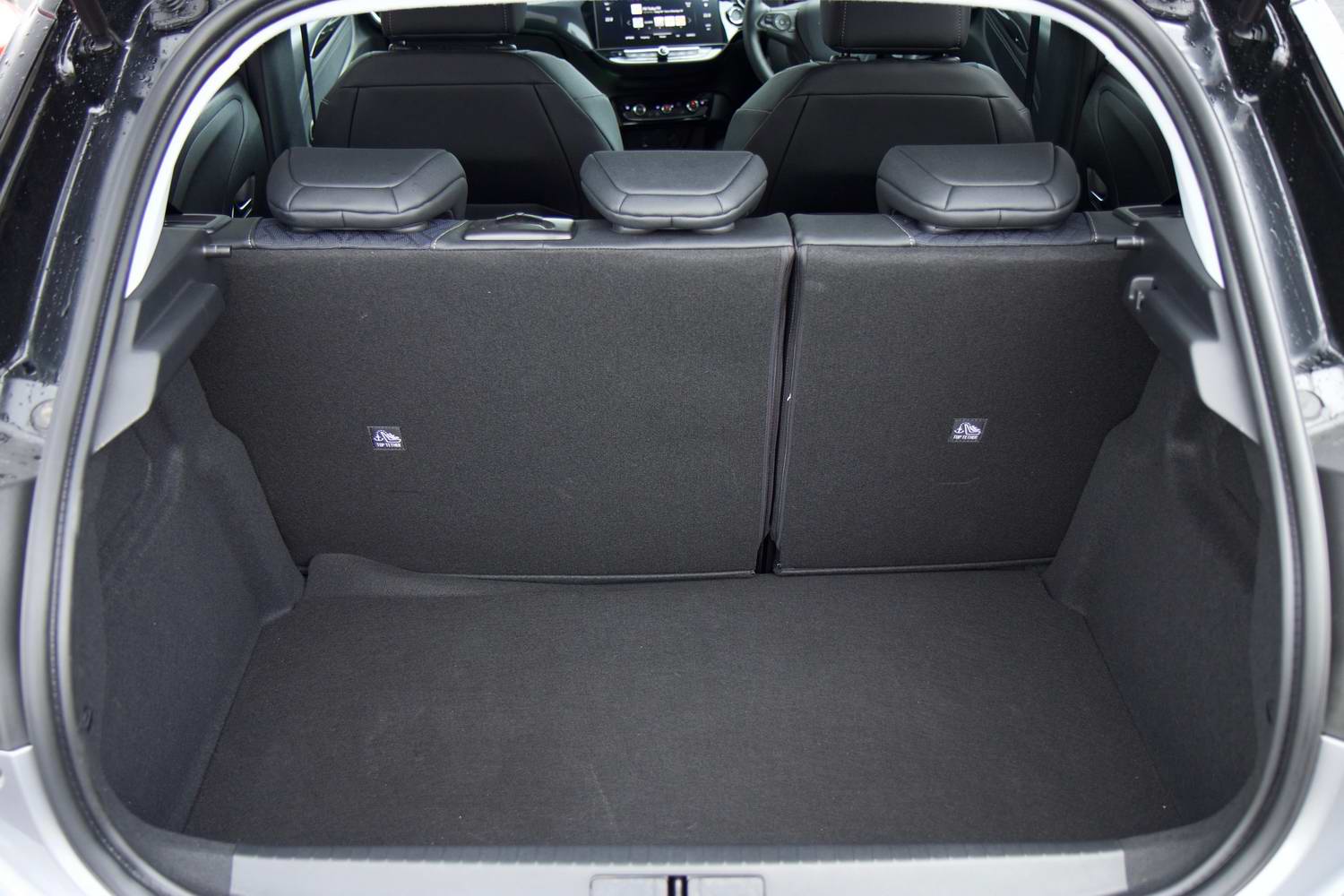 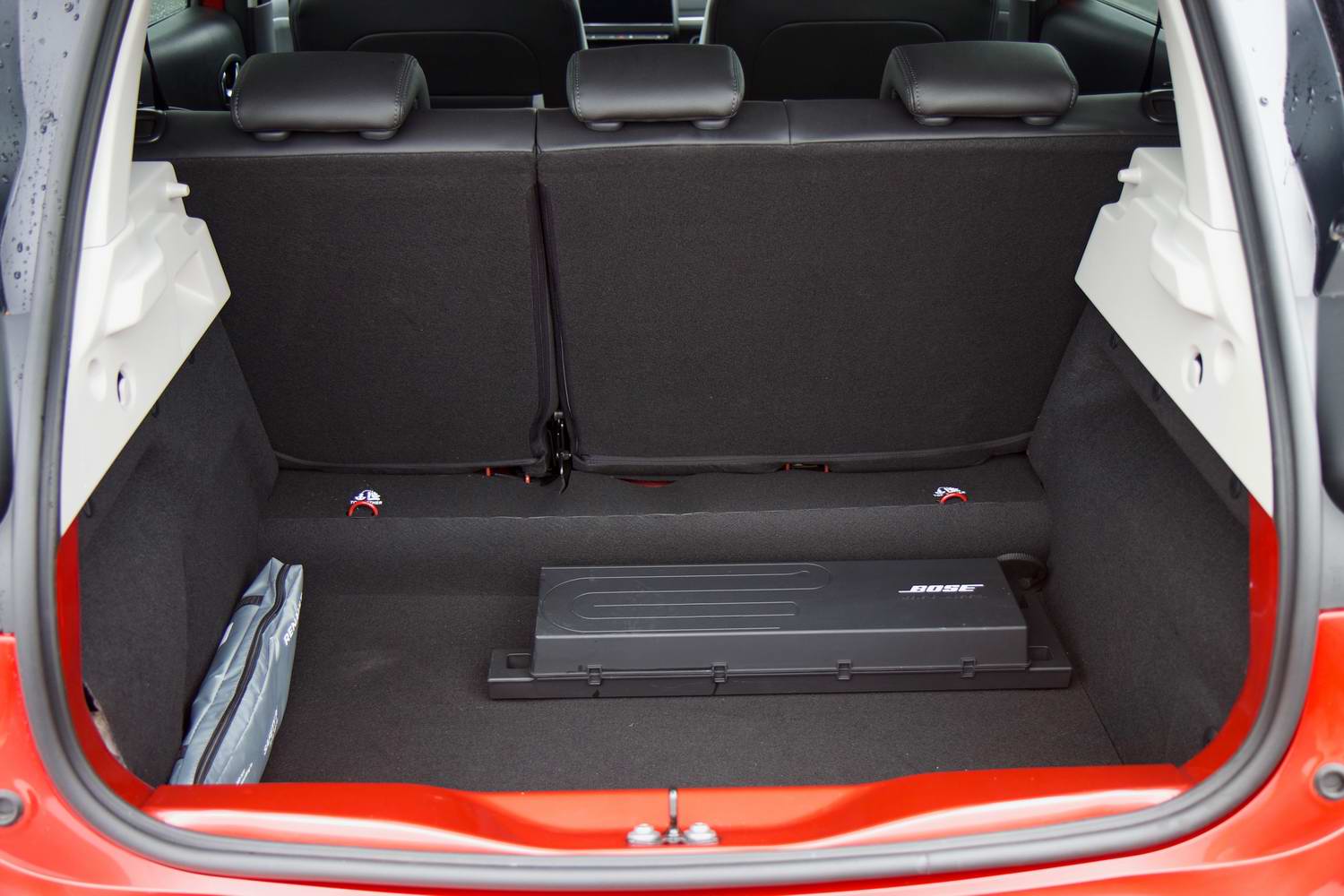 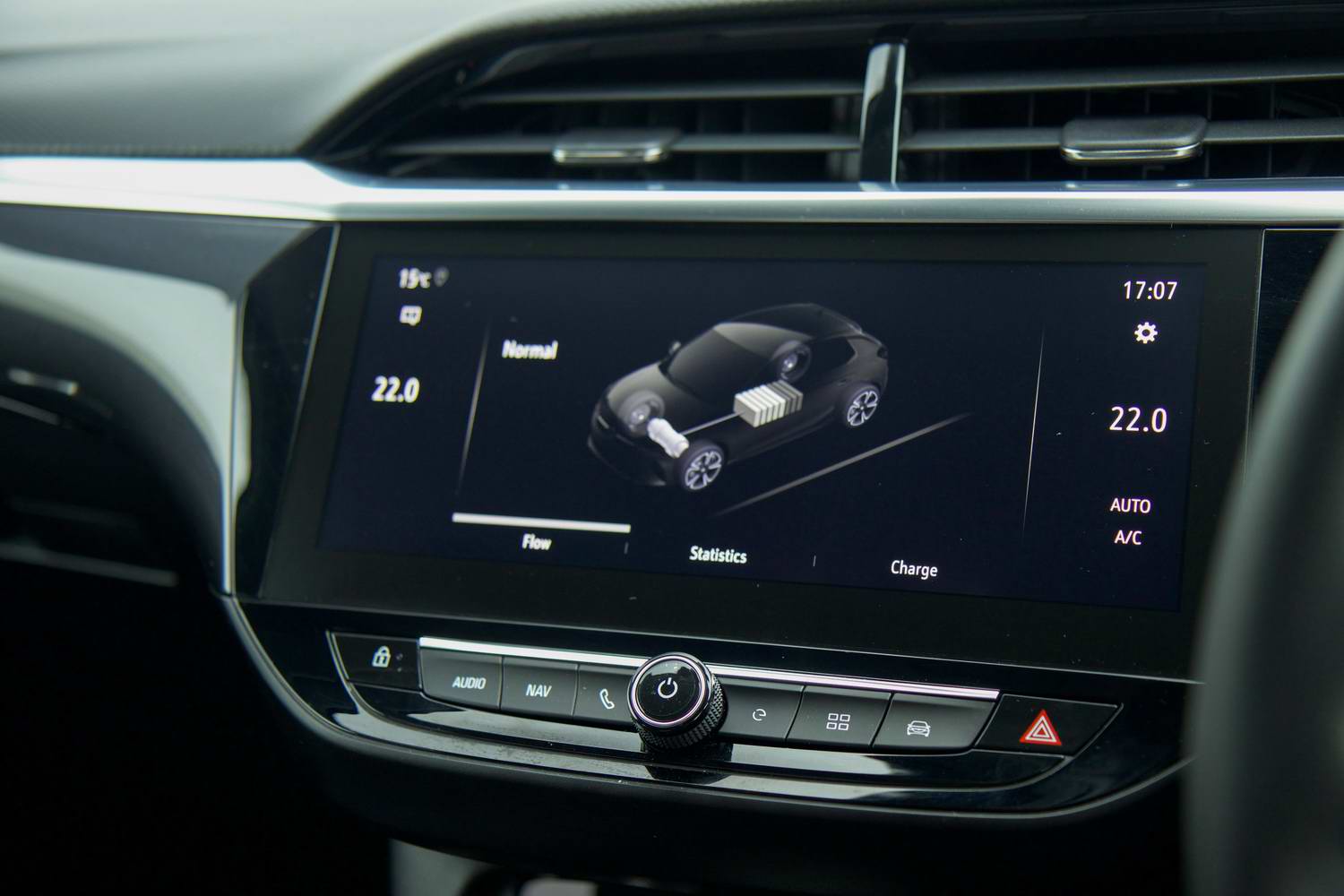 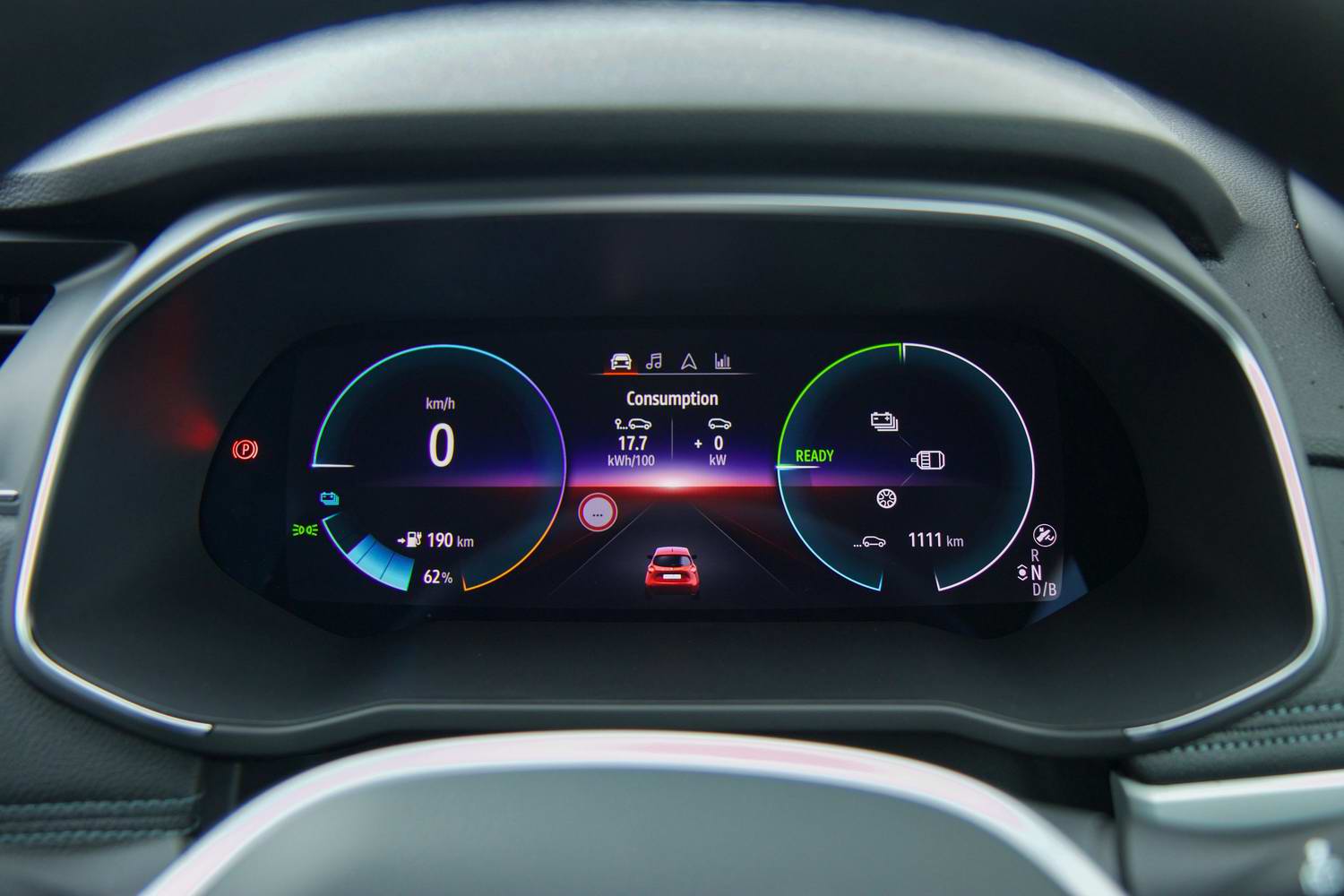 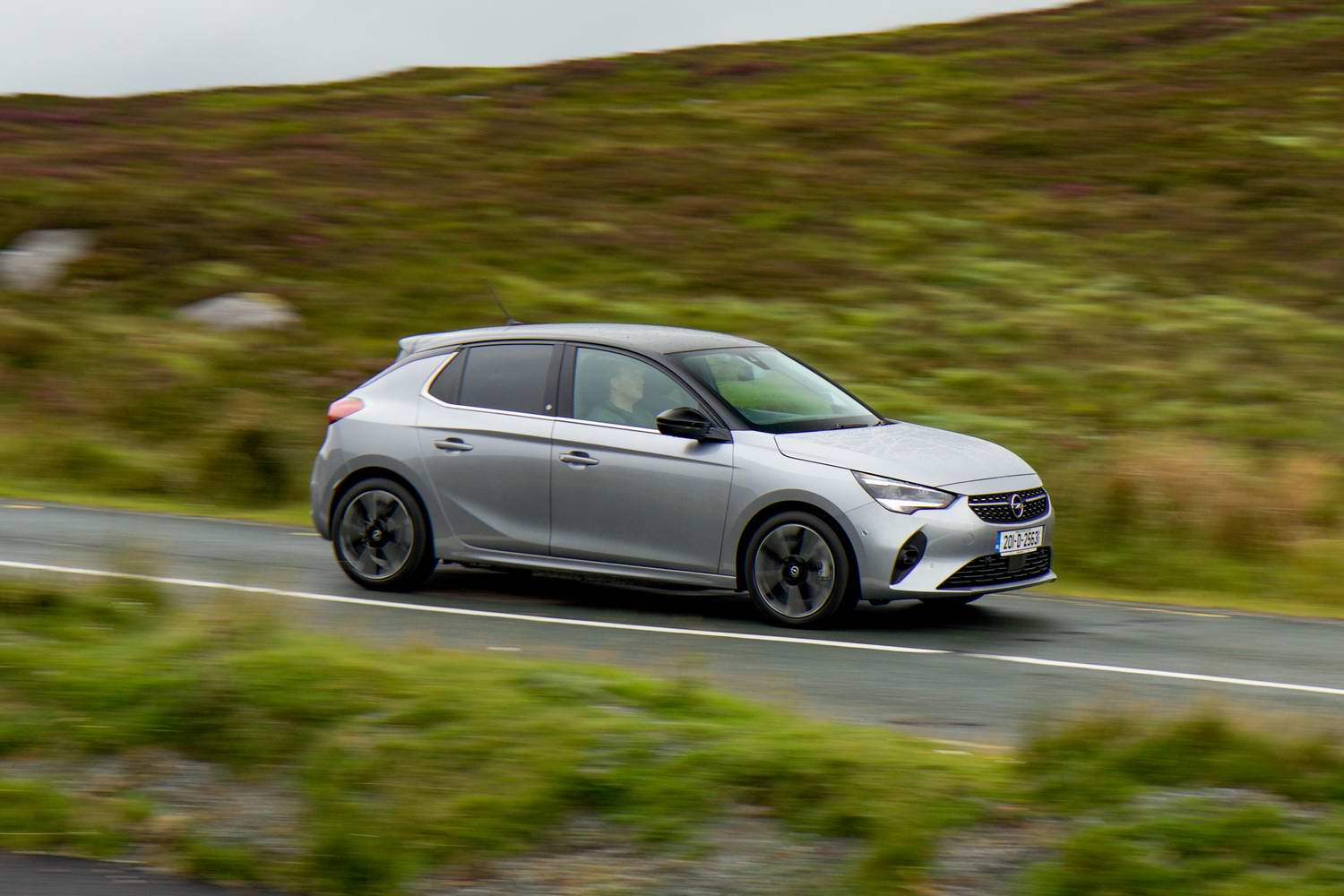 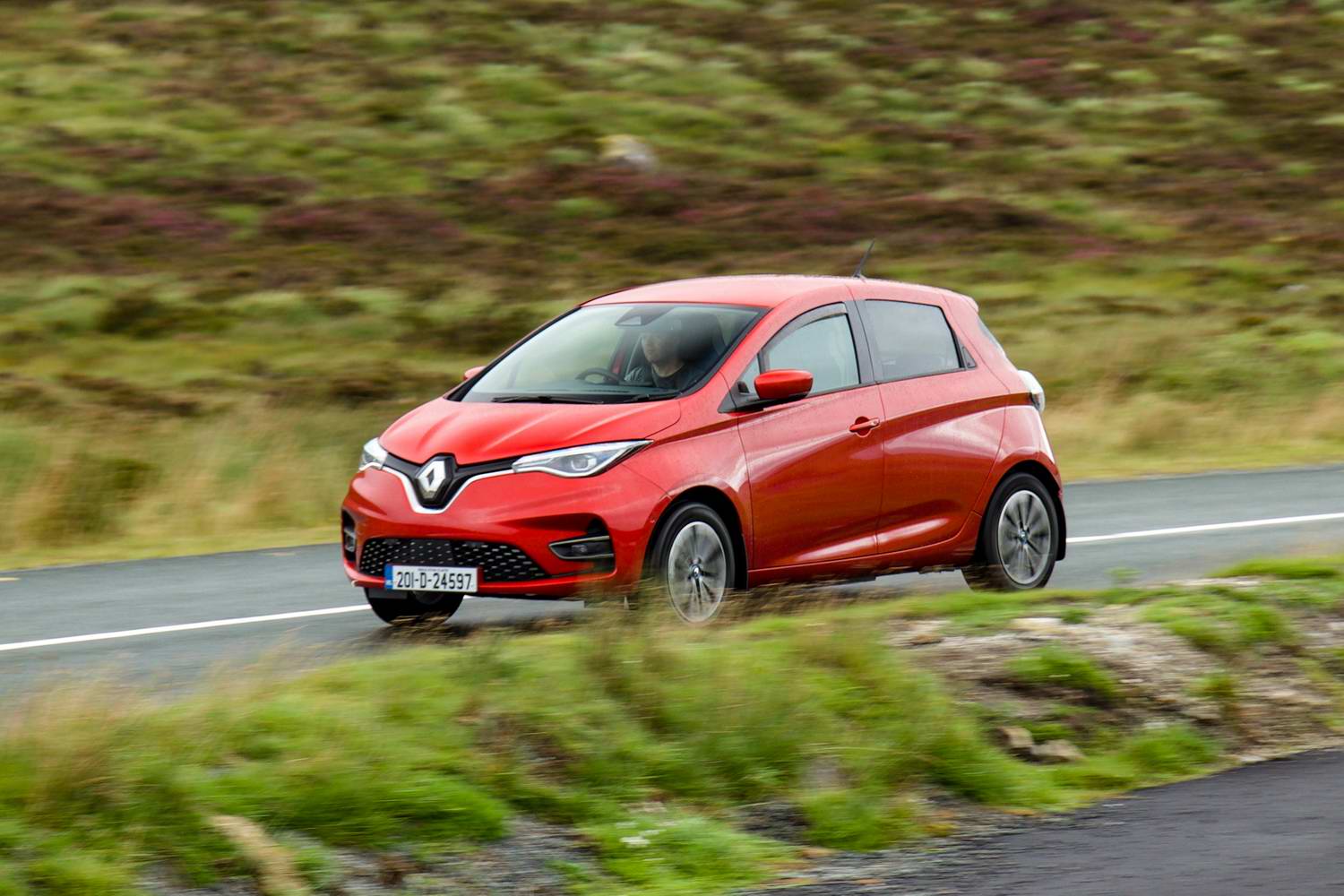 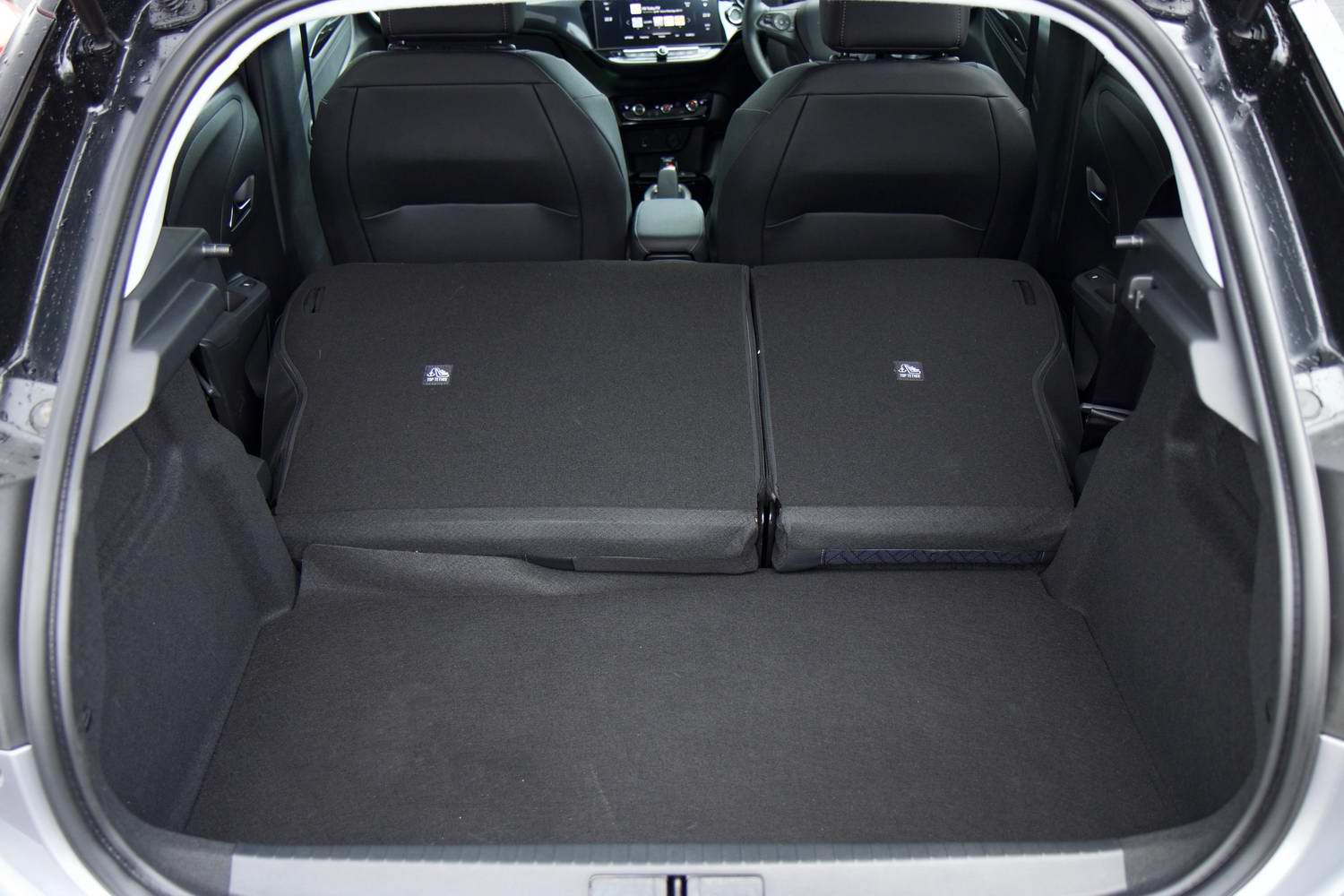 Can the updated Renault Zoe stave off competition from the more conventional new Opel Corsa-e?

The Renault Zoe has had few direct electric opponents since it arrived on the scene way back in 2012, but it was arguably ahead of its time then, certainly for the Irish market. But Renault hasn't sat still in the intervening years, and the latest update to the likeable electric vehicle (EV) has enhanced the formula further. That's just as well, as interest in electric cars is ramping up, and there are suddenly plenty of alternative options on the market for buyers to choose from. One such car is the new Opel Corsa-e, sharing its platform and electric powertrain with the Peugeot e-208. We spent a few days testing the Corsa-e back-to-back with the updated Renault Zoe to get a proper feel for how they compare.

Chalk and cheese; that's what comes to mind when comparing the exterior designs of the Renault Zoe and Opel Corsa-e. The Zoe is a bespoke electric car; i.e. there are no petrol, diesel or hybrid models sharing the Zoe's distinctive body style. It's a curvy shape, but quite upright. The basic proportions and profile (and indeed the unusual 'hidden' rear door handles) have not changed since the Zoe first arrived, but the detailing has been modernised considerably and the latest iteration has managed to sharpen up the previously 'cute' aesthetic, mainly thanks to the addition of new LED lights. It's still very obviously a Renault Zoe, though.

In contrast, there are petrol and diesel versions of the Opel Corsa on sale, and there's little to tell the exterior design of the electric Corsa-e apart from those - other than badging and the lack of any exhaust pipes, that is. The Corsa is an understated design, but quite attractive, helped along by the two-tone paint scheme. We'd urge buyers to be brave and go for one of the brighter colour options, as it looks particularly good then.

Now, whatever you think about the exterior of these cars, and for that matter the design of their cabins, the Zoe wins the interior contest when it comes to the measurables. Its upright design and bespoke EV platform mean it's far more space efficient. That translates into a vast amount of rear legroom in particular, shaming not only the Corsa-e, but also many cars in the class above. The Zoe's boot holds much more, too, measuring 338 litres with the rear seats in place, or 1,225 litres with them folded down (vs. the Corsa-e's range of 267-1,042 litres). We also prefer the upright touchscreen (more on the equipment included below), digital instruments and oddments storage space of the Zoe.

Now, it's not a completely clean sweep for the Renault, as its upright driving position won't be to all tastes (even if it does give you a great view down the road) - the Corsa-e's seating position feels quite low-slung and even sporty in comparison. We also prefer the drive selector of the Opel (which will be familiar to anyone that has driven an automatic Peugeot or Citroen in the past couple of years) for its solidity and inclusion of a 'P' parking button. Oddly, the Zoe doesn't have any park button, which takes getting used to.

There's a surprise in wait for those that look at these two parked side-by-side and assume that the taller Zoe will be out-handled by the Corsa; in fact, the opposite is true. The Zoe turns out to be remarkably composed and capable no matter how quickly it is driven and how bad the road surface underneath. It's an incredibly neat handling car, with notably good control over its wheel and body movements, enabling any driver to comfortably keep a decent pace up, even through tricky corners. In contrast, the Corsa-e's rear suspension in particular struggles with bumps and poorly laid roads, making it feel fidgety and giving the driver less confidence. That's despite the fact that it feels like the Zoe's centre of gravity is higher up, and there's more natural feedback through the Corsa's steering and brakes when on the move.

In terms of performance, the Corsa-e's stats suggest that it should feel much quicker, thanks to an extra slug of torque, but it does so only when you select the Sport driving mode, and even then, neither car can cleanly deploy their maximum torque from a standstill due to traction limitations.

In town, there's less of a noticeable difference between the cars. Some will enjoy the higher viewpoint of the Zoe's driving position, while others may rather it was possible to adjust the seat lower. Also, while both cars are quiet by the standard of internal combustion engines, the Zoe's side glass seems to let more noise through.

It's worth looking at what's included, though. While Renault fits all of its Zoes with the 52kWh battery pack, buyers of the Iconic version can keep the price down by opting for a less powerful electric motor (110hp vs. 135hp as tested). In fact, the cheapest way into a 135hp Zoe is €30,990, as the Play model is only offered with the 110hp motor. If performance matters to you, that makes the Corsa-e look better value. Otherwise, the Zoe Iconic and Corsa-e SC appear to be closely aligned in terms of equipment count. Both cars are at their most impressive when in top GT Line and Elite specifications respectively, as that means larger and more sophisticated infotainment screens, along with other niceties such as parking sensors and reversing cameras.

Just as important as all that is the electrical system and its recharging capability. First up, the battery packs in both cars come with an eight-year/160,000km warranty. The Corsa-e's is a 50kWh unit, while the Zoe gets slightly more energy capacity, at 52kWh. That explains the advantage in range that the Zoe is claimed to offer. Unscientifically, we confirmed that both cars consume energy at roughly the same rate driven over identical roads, so yes, the Zoe should go a little further on a full charge.

The Corsa-e comes with a 7.4kW on-board charger for AC charging and a CCS-style connection allowing up to 100kW on rapid charging. The latter theoretically enables charging from zero to 80 per cent capacity in just half an hour. The Zoe comes as standard with Renault's 'Chameleon Charger', which can adapt to various AC charging levels, allowing up to 22kW (that's 0-100 per cent charging in as low as three hours), and it's possible to upgrade to 50kW CCS fast charging capability. Renault says that the 0-80 per cent charge then takes as little as an hour and ten minutes, while a 30-minute charge results in 145 kilometres of range.

All prices quoted here include the SEAI grant and VRT rebate.

After driving the Zoe and Corsa-e back-to-back, I came away declaring the Renault the clear winner. It has the longer range between charges, has a more spacious interior and boot and it deals with poor Irish roads in a more controlled and, frankly, more entertaining manner. The Opel has plenty going for it, too, including the fact that it looks like a regular car with more universal appeal. Nevertheless, after delving into the pricing and specifications, it appears that, when performance and fast-charging capability are (more or less) equalised, the Corsa-e is better value. So in summary, I'd prefer to drive the Zoe, it's more practical (and hence of more use to a wider number of buyers), but the Corsa-e makes a strong case for itself in terms of what you get for your money. Renault's finance offers may, of course, negate any advantage the Opel hypothetically has, but it'll be down to individual buyers to look into the deal they can make. It's certainly not as clear-cut a result as I initially expected.

If outright driving range isn't of utmost importance to you, the Opel is a lovely little car, despite the more conservative interior styling and, as Shane mentioned, it looks much better in more vibrant colours. The updated look of the Zoe brings added appeal, though I wasn't entirely won over by the driving position and wind noise, while the low-speed pedestrian warning that is ever-present (inside as well as out) is an annoying sound. That aside, the Zoe is roomy and the more practical of the two cars. What wins it for me is the Zoe's major plus of that Chameleon Charger that enables users to better exploit the public AC charging network, while the addition of a CCS option is a boon to those undertaking longer journeys.