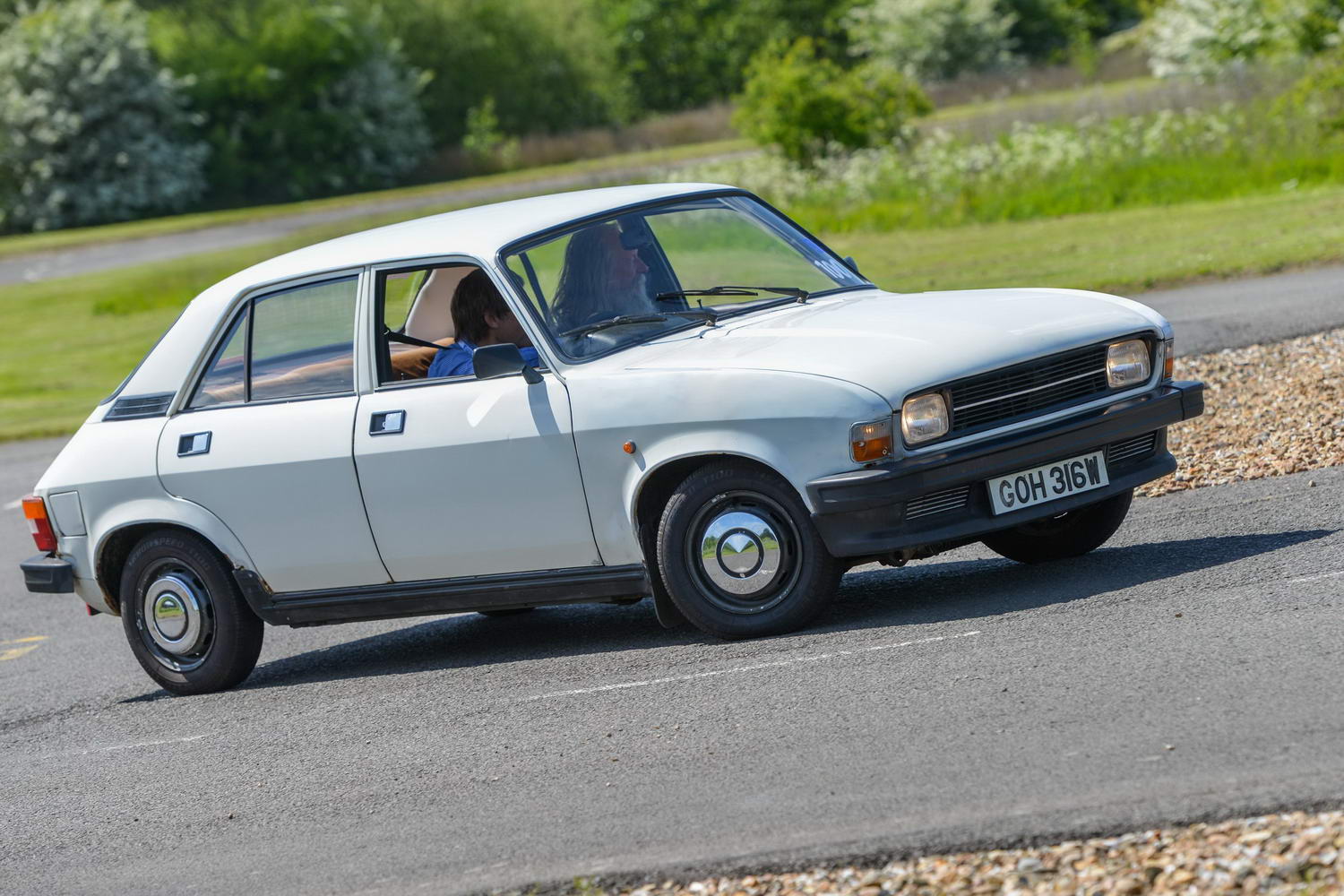 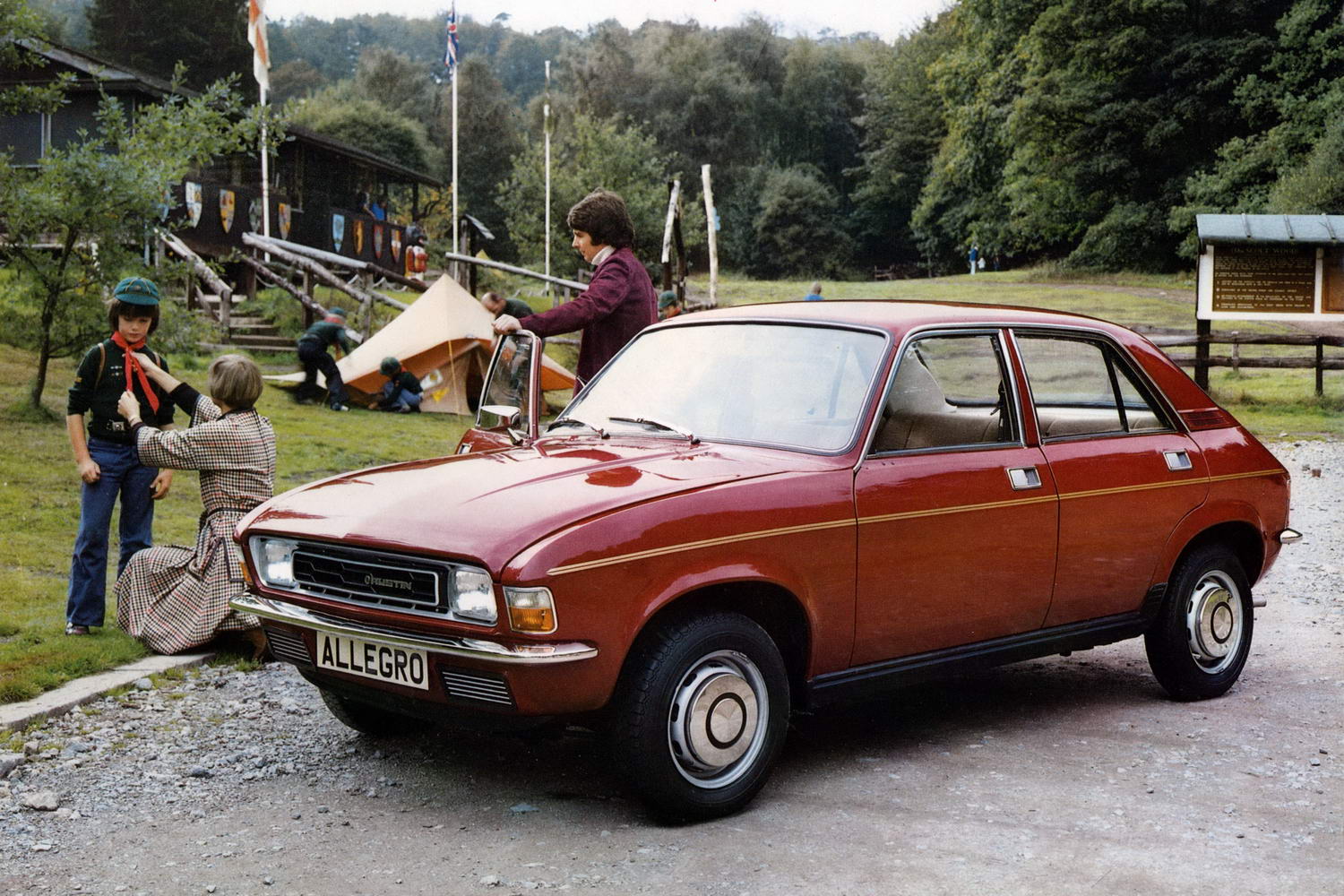 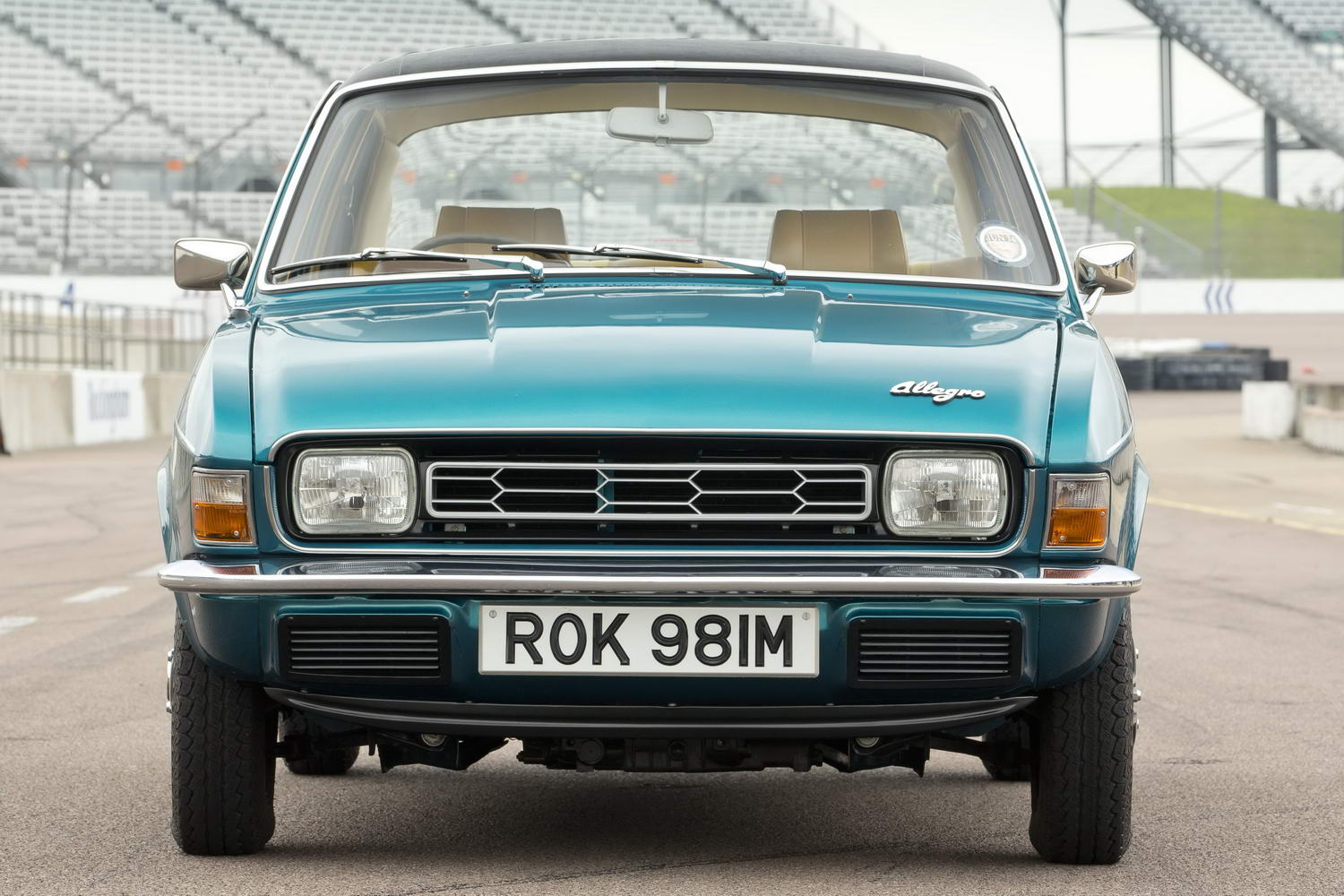 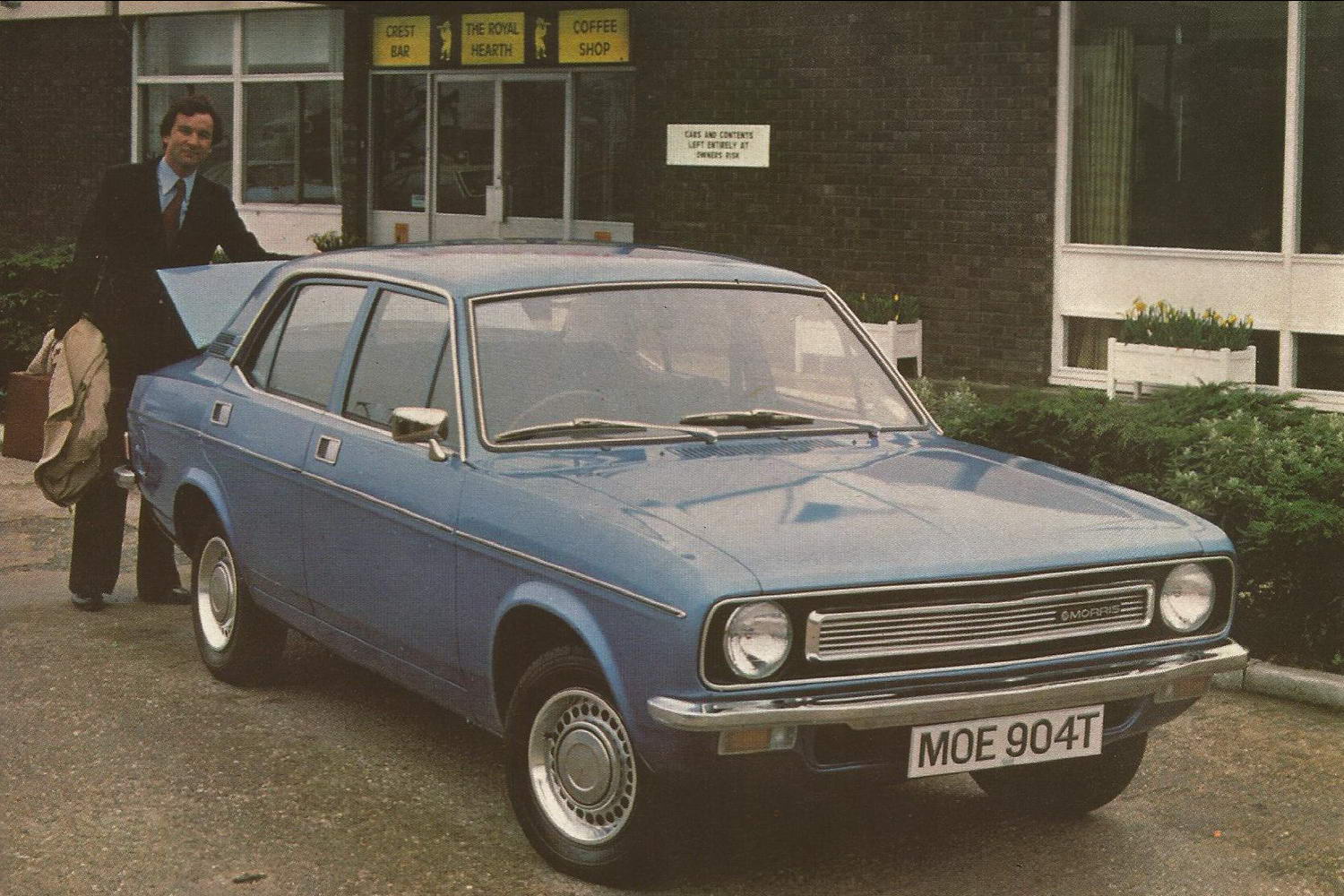 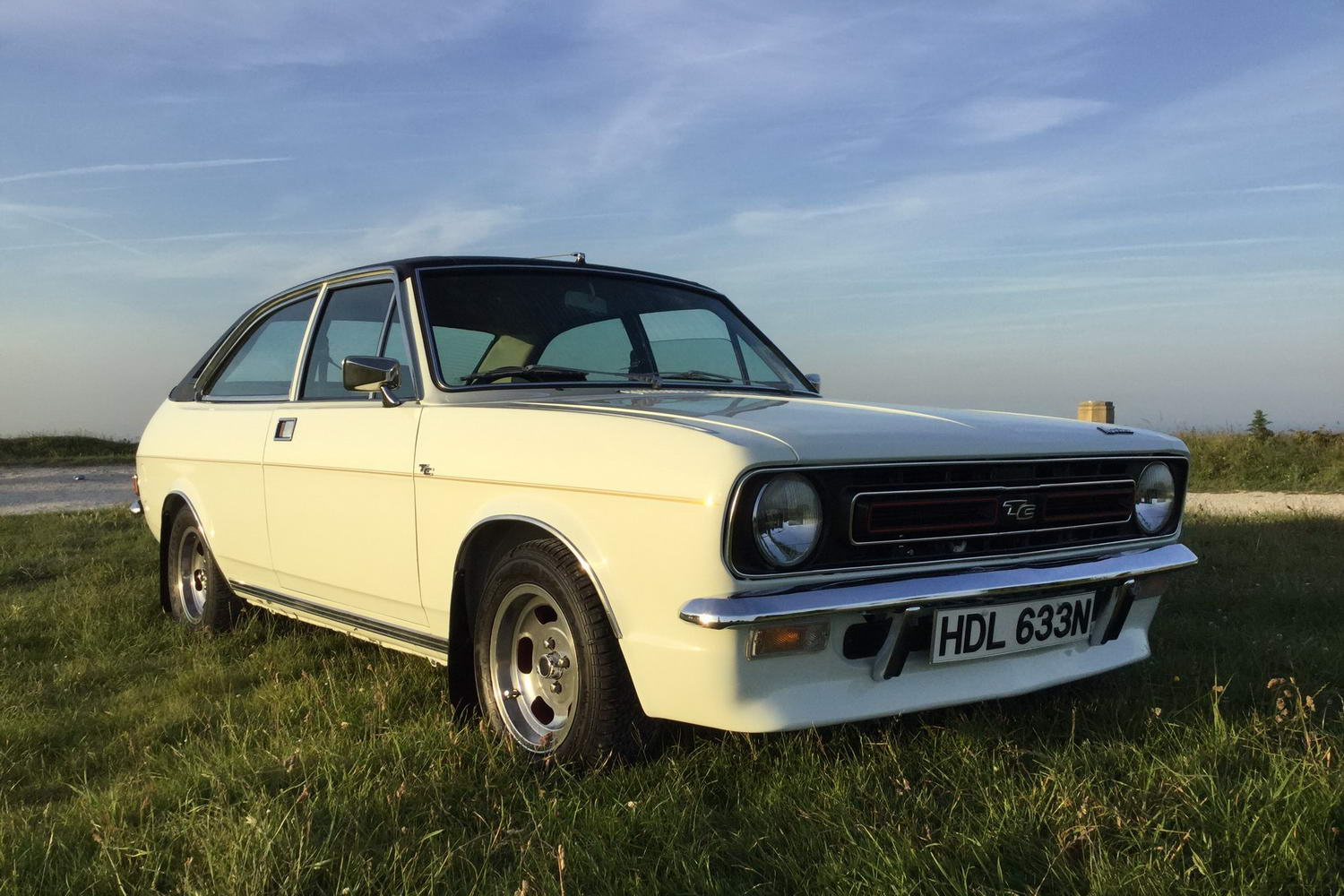 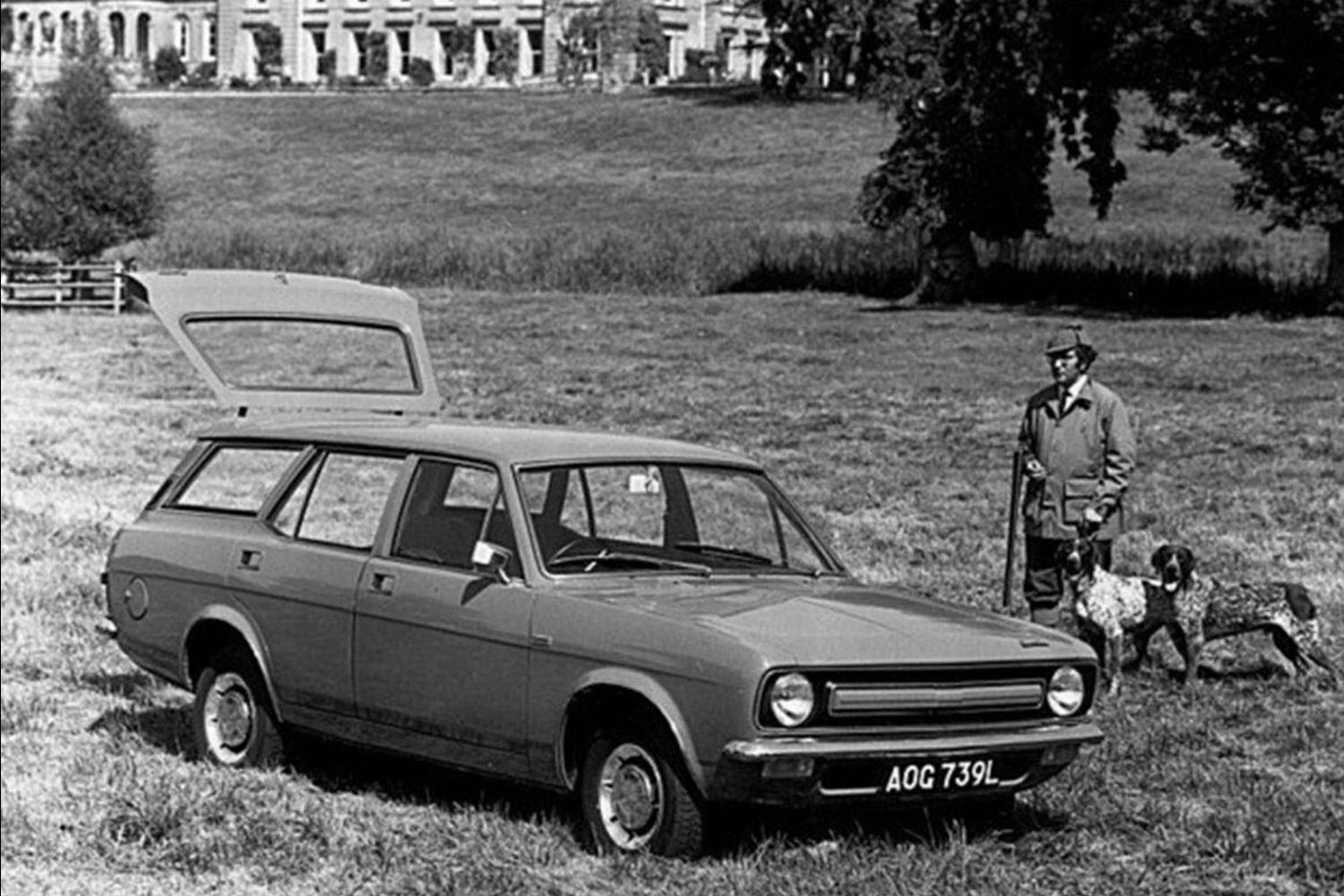 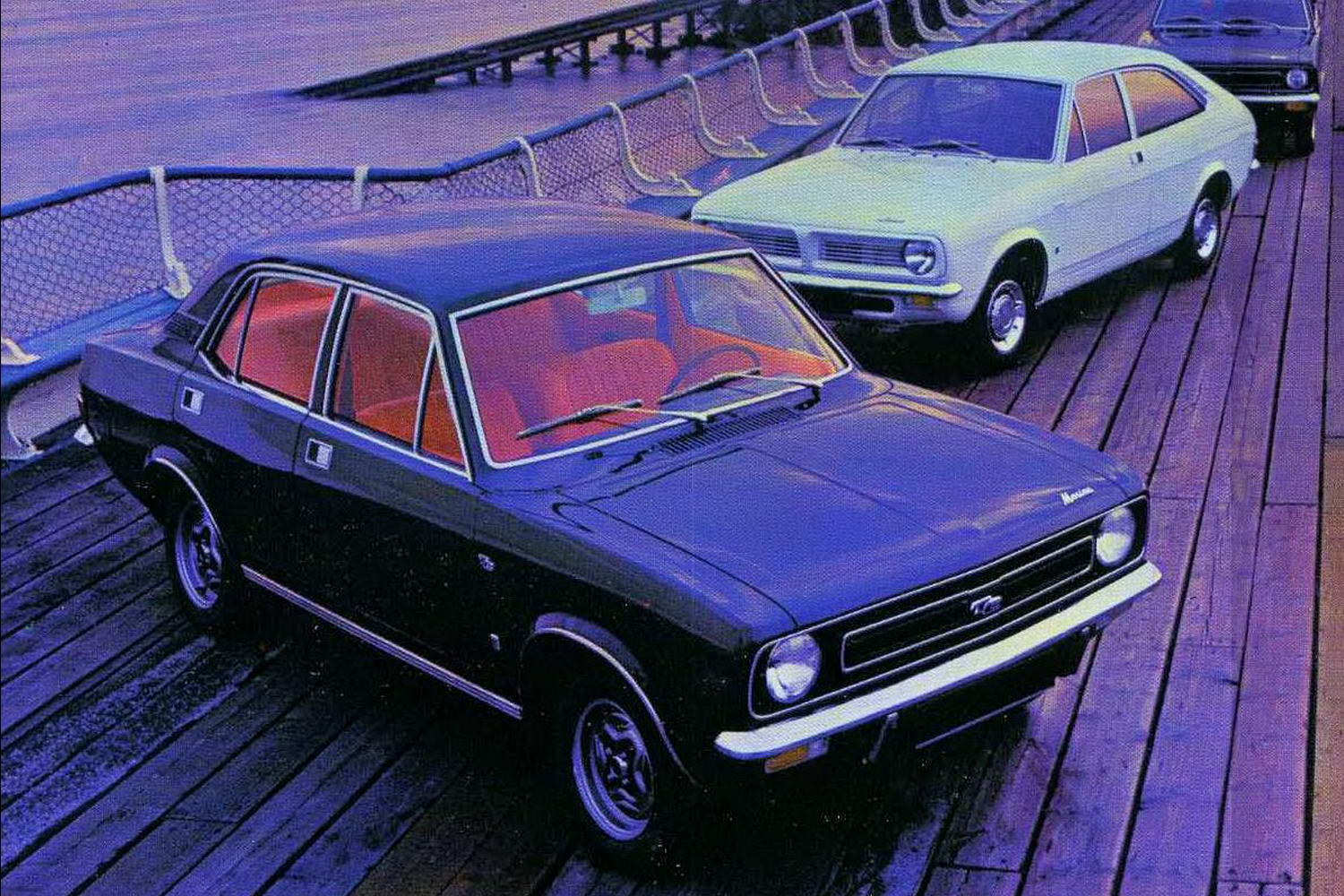 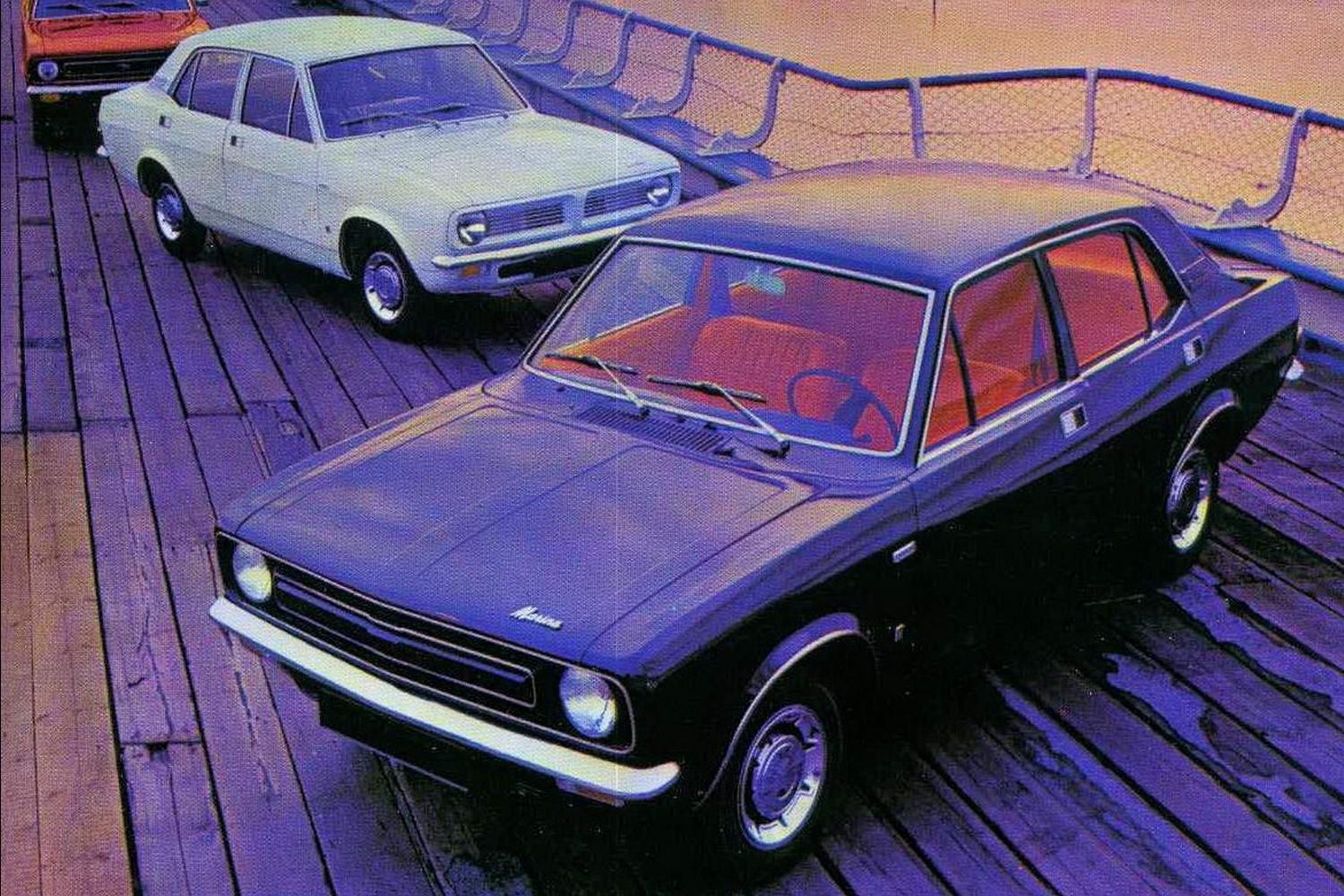 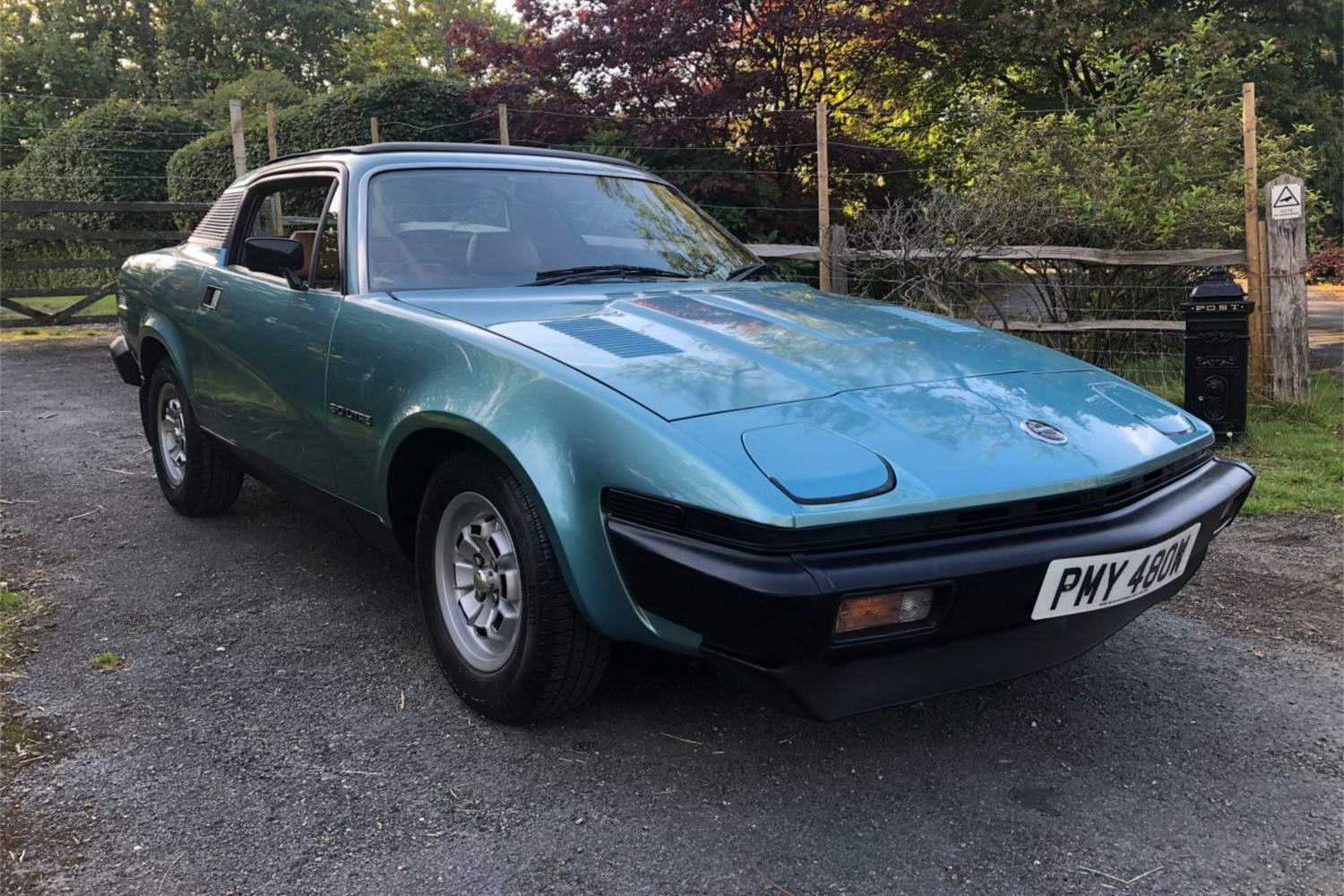 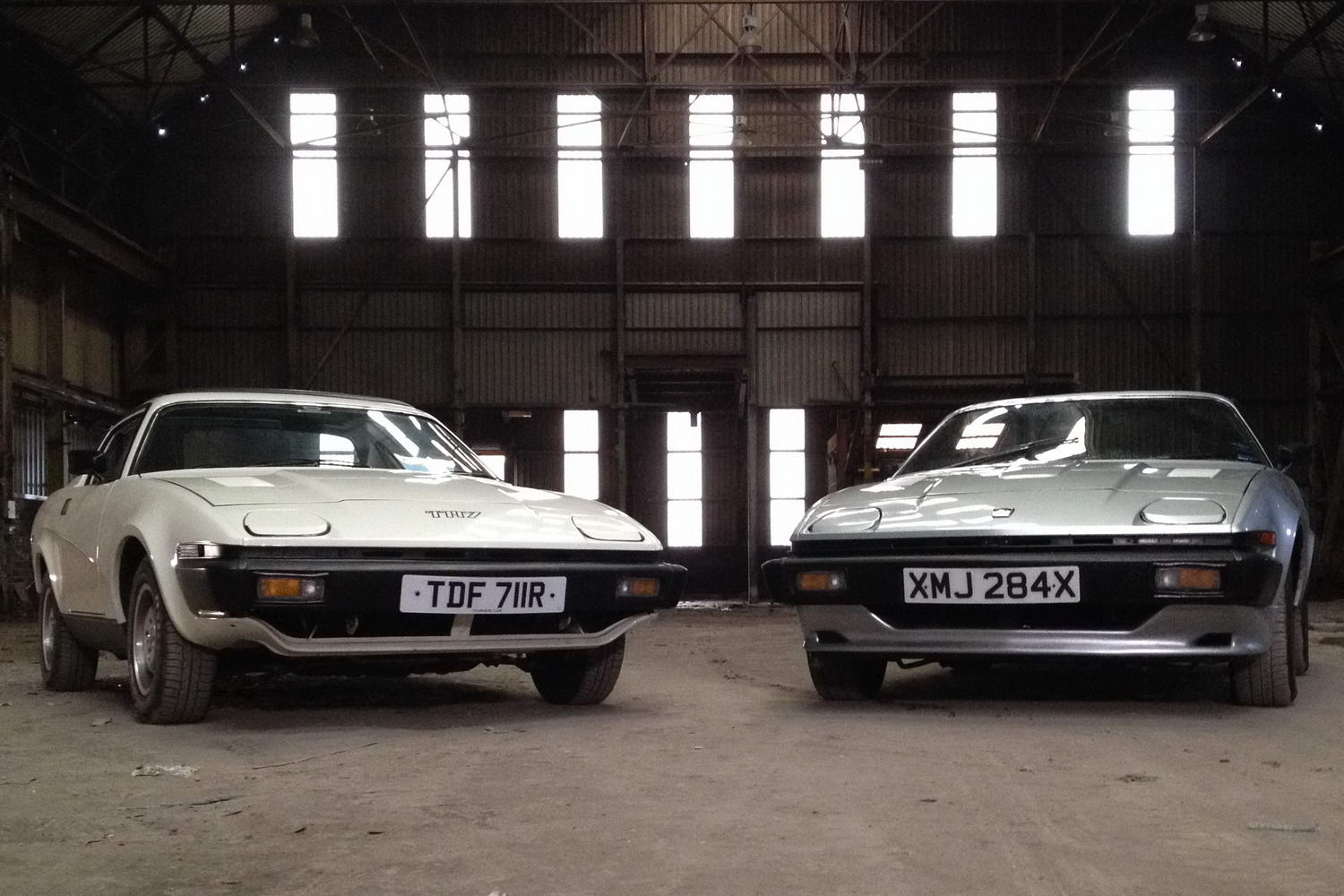 Normally, when discussing the prices of classic cars, one must don a tweed jacket with leather elbow patches, ruminatively pull on a briarwood pipe and make statements such as: "Yes, I would imagine that values for the Ferrari 250 GTO will top €60 million this year." What you don't expect to do is to spit out that pipe and rend your tweed jacket at the seams in disbelief that values for utterly rubbish old tat from the seventies and eighties is actually going up in value.

It is true, though. The Austin Allegro, that doyen of dreadful, is seeing its values not only firm, but actually rise. No, that does not mean from about €500 to about €600. It actually means that you can spend as much as €10,000 on an Allegro at the moment.

This shocking figure was supplied to us by Select Car Leasing. That company's director, Mark Tongue, says that it's indicative of "potentially hazardous levels of nostalgia."

"People are now willing to pay through the nose to relive memories of their youth," says Tongue. "If you're bored at home perusing the internet amid the COVID-19 shutdown and thinking of purchasing one of these vehicles, our advice is to give your head a shake. These are cars which, if we're being very generous, didn't garner many admiring glances. And yet here we are, several decades later, with people often willing to part with five figure sums for vehicles which did well to avoid the scrap heap. Ironically, the fact they were largely awful merely adds to their desirability now. The build quality of cars coming out of factories such as British Leyland meant very few have survived the test of time."

Now, car ownership and fandom are hugely subjective things. One person's idolised classic is another's mobile scrapheap, and it's perhaps unfair to criticise those who fancy laying out a bit of their hard-earned on something they like. The difficulty, in this case, is that cars such as the Allegro, and stablemates such as the Morris Marina, the Austin Metro and the Triumph TR7, have become bywords for breakdowns. Metro aside, almost all were considered to be awful right from the get-go, synonyms for poor quality, rampant rust, slothful performance and wayward handling. Early tests of the Morris Marina actually inspired motoring journalists to visit the HQ of British Leyland (the doomed conglomerate that tried to bring Austin, Morris, Rover, Jaguar, Triumph and Wolseley under one roof) to pass on their concerns as they thought that their test car must have been a wrong 'un. Sadly, they really were all like that, guv'nor...

There are those who will, in part at any rate, defend the efforts of British Leyland. One such is Andrew Ryan, a Dublin-based marketing expert who has spent the past three years collecting and collating the history of British Leyland, and cataloguing its disastrous lifetime.

"There's an old adage something is so bad, it becomes good," says Ryan. "The one thing you can say about the Allegro was that it was a disappointing car. And in effect, that's far worse than a terrible car. Was it a bad car? Compared to the best that were offered at the time, it wasn't as good as its opposition. It wasn't bad in itself, though. Badly made, yes. Sold by a dealer network that didn't care much for customer service. But is it as bad as its reputation would have it? No. And it has become a car that people are interested in, partly because of that awful reputation."

Rarity, of course, comes into it. Rust, mechanical failures and the advent of scrappage schemes have sent many cars from the seventies and eighties to the grave, and rarity - even for a car unloved when it was new - drives up values. Thus the €10,000 Allegro. Thus the fact that a Morris Marina can now set you back as much as €7,000 for a good one (a relative term, we hasten to add, as the Marina, even when brand new, was a poorly-made lash-up, designed only to be a cheap-to-build stop-gap, and it outstayed its sales welcome by several years).

Perhaps the case for the Triumph TR7 can be better made. Certainly, the fact that values are now peeping above €11,000 can be in part attributed to a starring role alongside Toby Jones in the BBC comedy series The Detectorists. Added to which is the fact that, historically, it was the last sports car that Triumph ever made, and that, with modern suspension and engine tuning methods, a half-decent car can be reclaimed from the original mess.

Even so, it's clear that nostalgia for a long-lost seventies' youth is a major driver here. Plus, there's the fact that the story of British Leyland itself, a story filled to its badly-welded brim with hubris and intrigue, is in itself so interesting. "The BL story is fascinating," says Andrew Ryan. "It's a company that screwed up. It did actually produce some very good cars, as well as the bad ones, but its ability to score own-goals was truly world class. There are so many books about it, about the huge personalities involved. Just by contrast, you try and find me a book about Toyota that wasn't written by a business school.

"The big thing, though, is that cars should be saved. Whether they're bad or good. Because at the end of the day, any car that was built in the past is a reflection of the times it was built in the position, the condition of the company and the trends in the industry at the time. Sometimes these cars can be clairvoyant, because they've created new sectors of the market. Sometimes they show a company that's in terminal decline. Sometimes they show the start of a company's rebirth and flowering. But the reality is that any car should be saved. And it's no good just saving the E-Types, and the 911s, and the Ferraris because, well because we didn't drive those nor own them. My dad didn't, neither did yours. It's a view, it's a memory, of a person's time when they were growing up.

"Is there a logic about classic car prices? Absolutely not. Some cars are grotesquely undervalued. Some cars are unbelievably overpriced. But the fact is if somebody wants a car, and they really want it, they'll pay for it. If you want to buy a 'Black Tulip' 1973 Marina 1.8 TC four door saloon (not my cup of tea, but there you go), you'll pay for it. And the funny thing is, when you want to sell it, somebody will probably pay the same again."