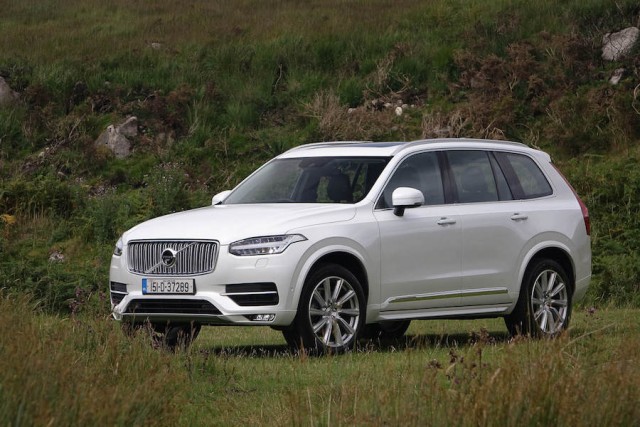 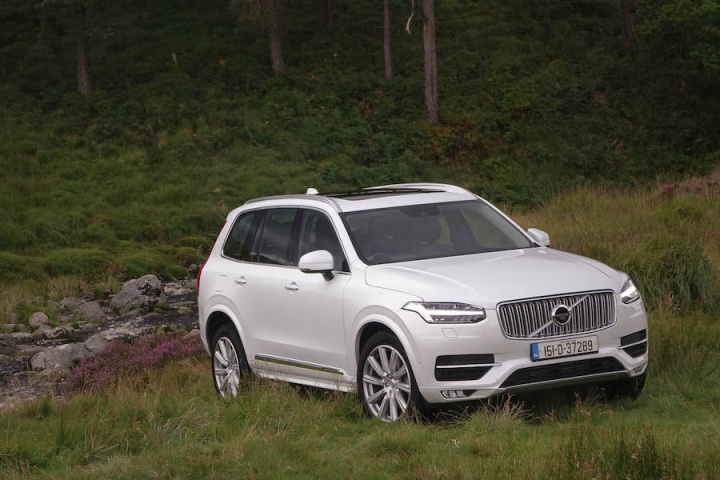 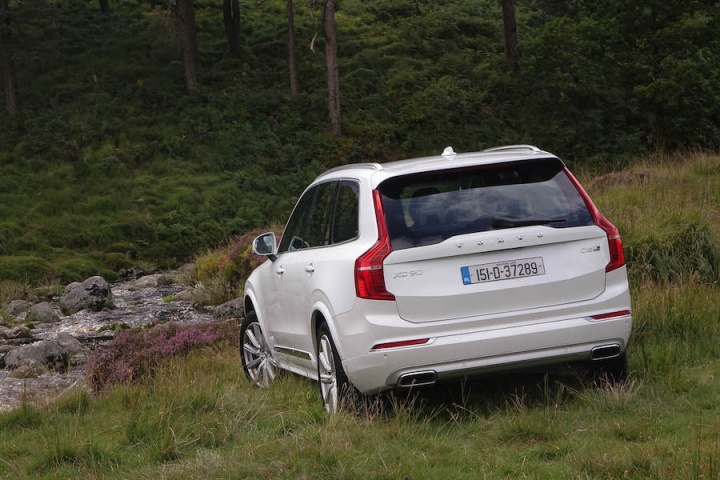 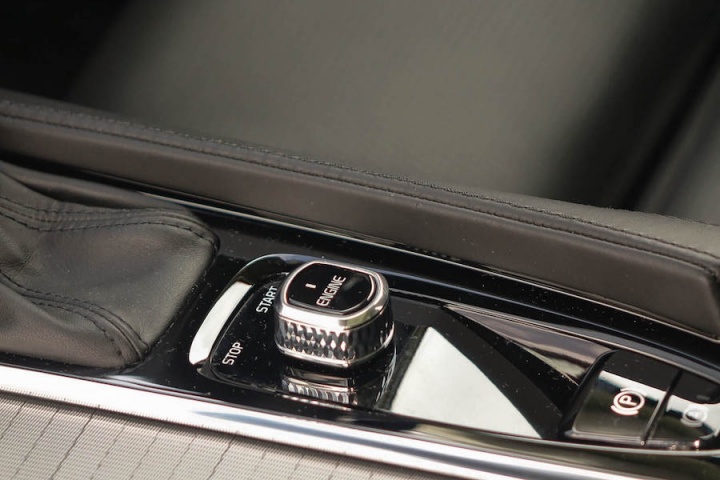 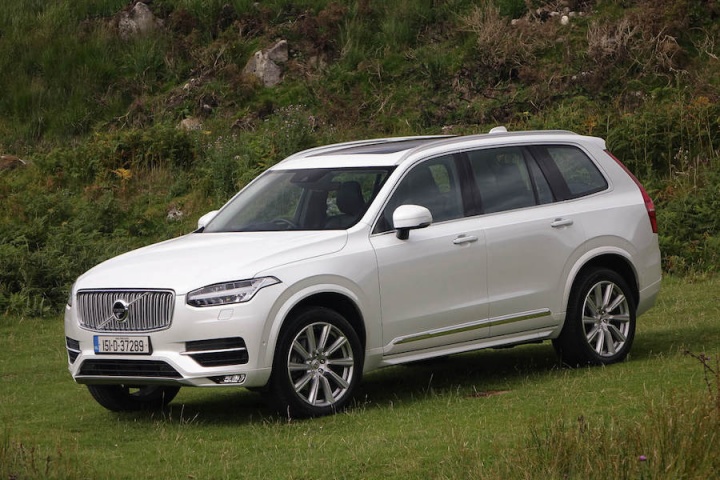 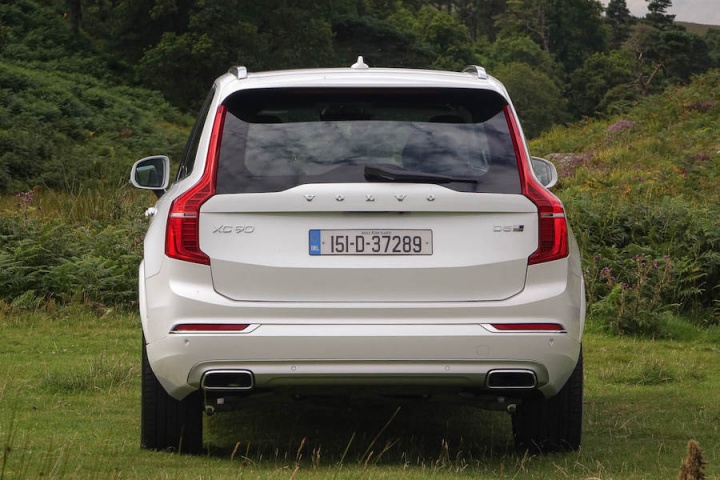 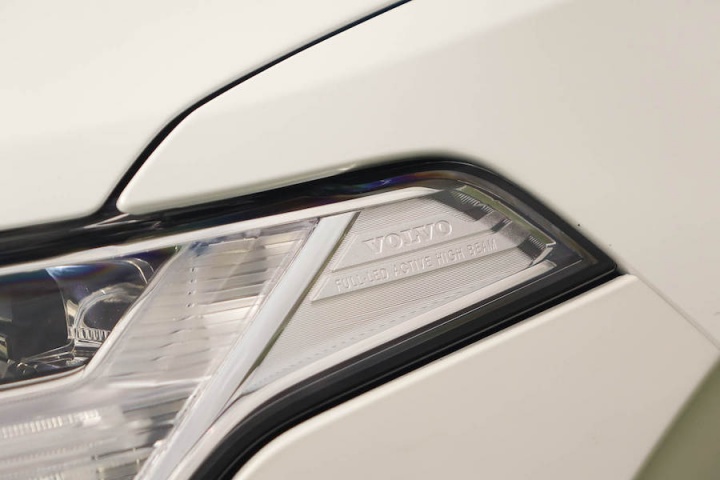 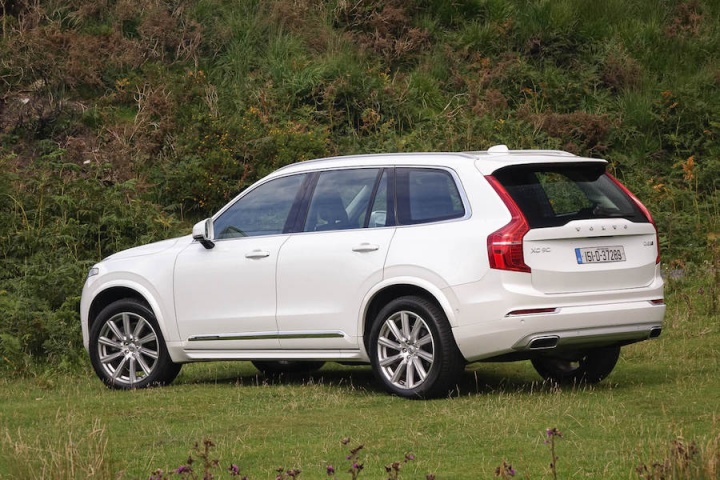 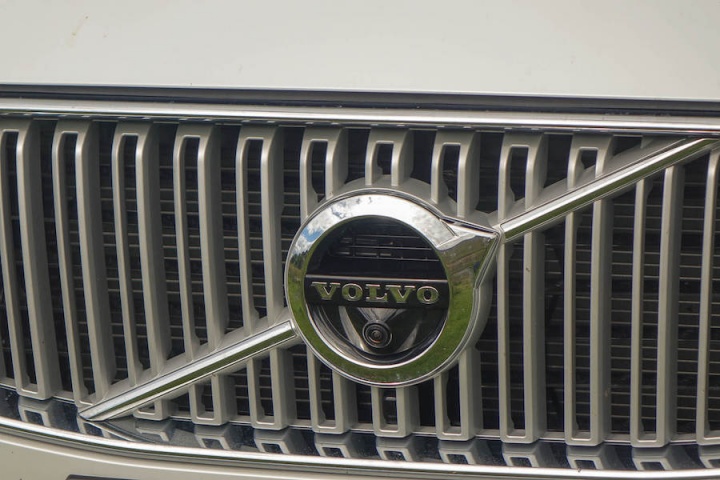 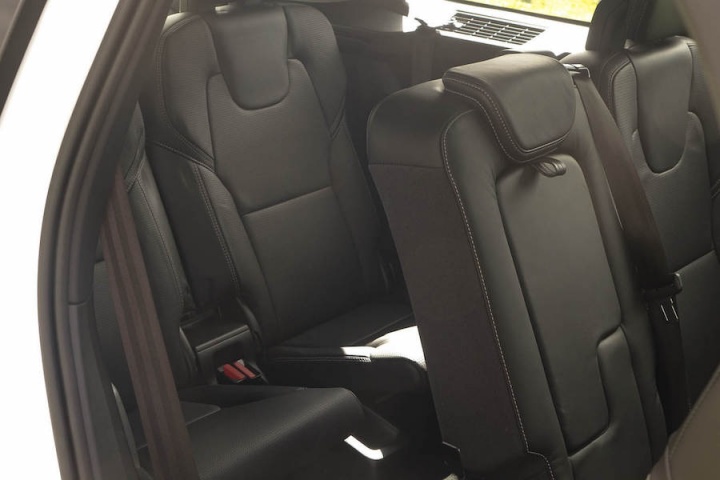 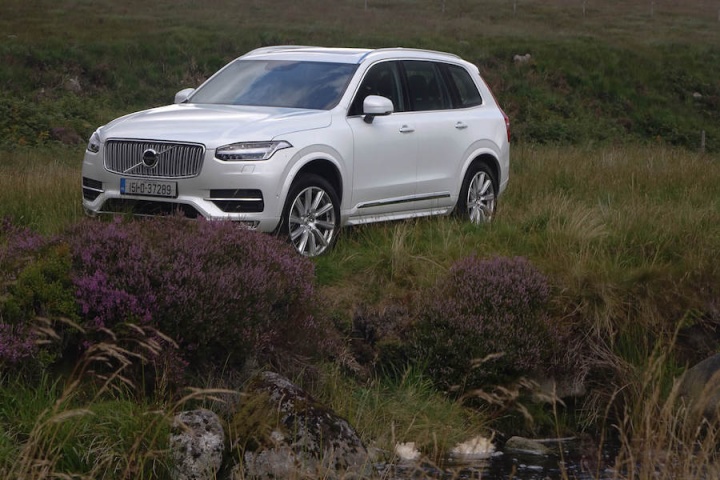 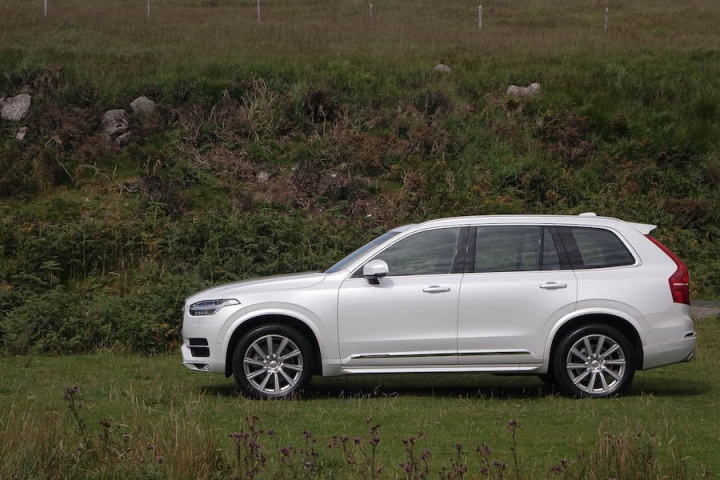 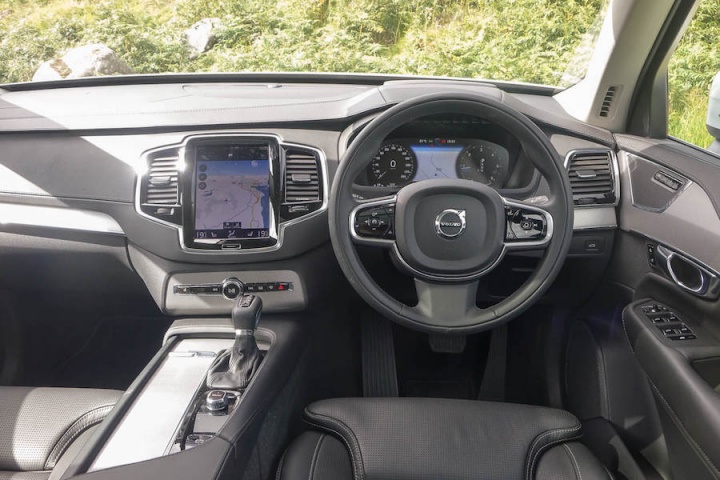 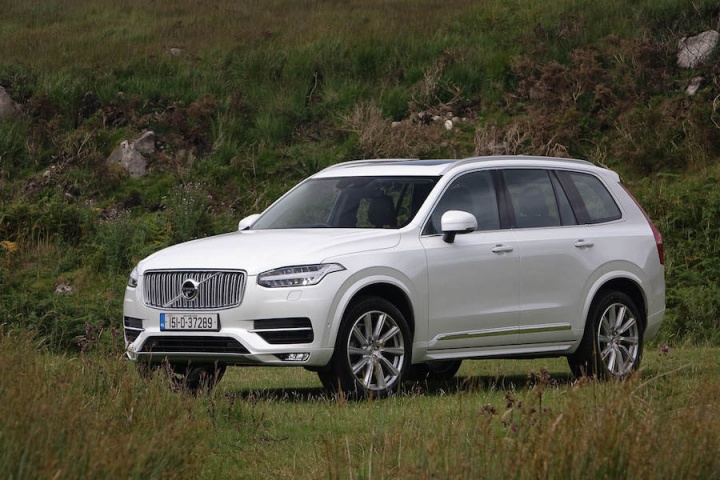 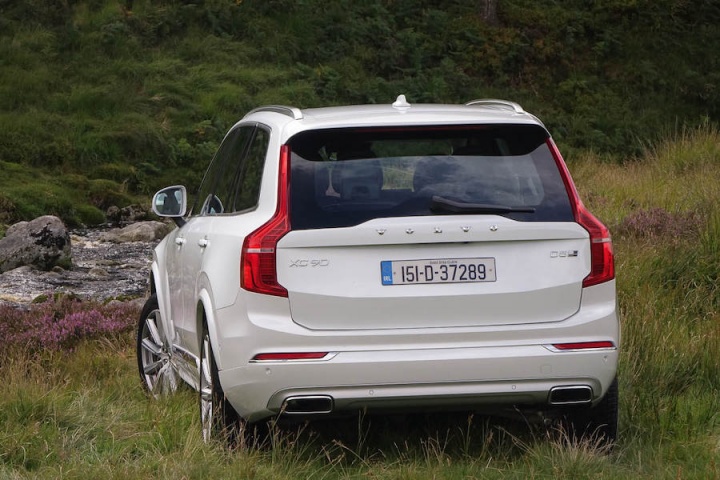 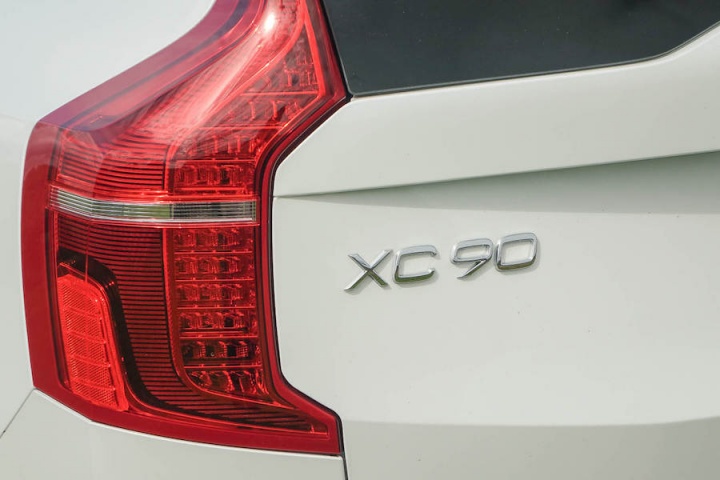 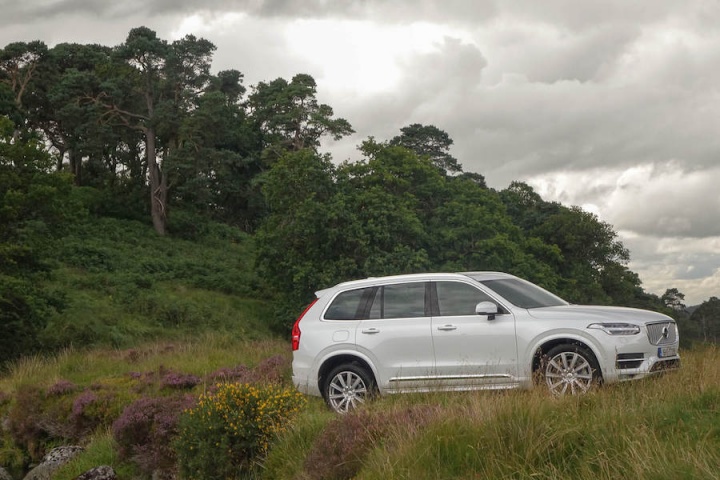 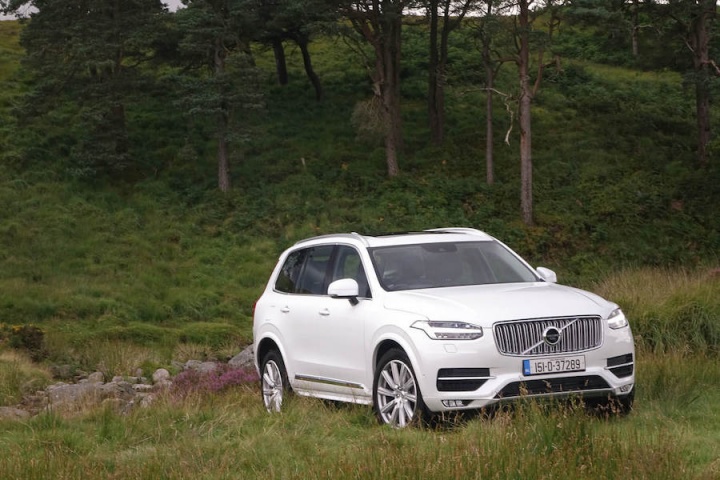 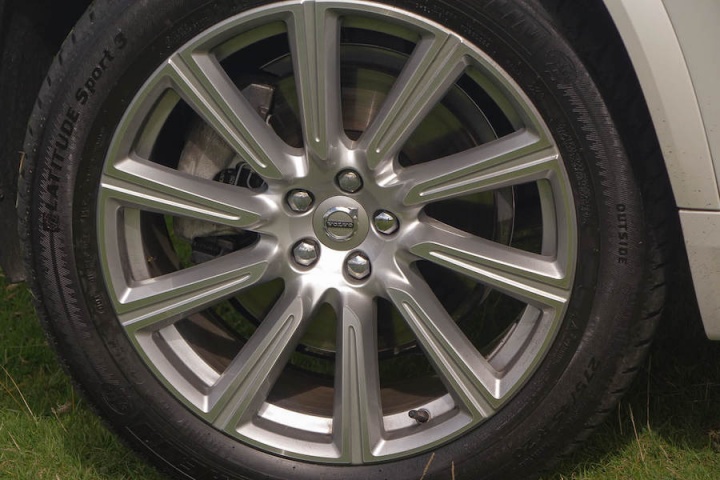 We know the new XC90 is good. Very good. But how will it fare with Irish roads?

Not so good: ride a touch firm at times, pricey.

It's 515km from my home in Belfast to my parents' home in West Cork and it's a necessary, regular trip if my mum and dad want to see their grandkids. It is lengthy, it is time-consuming, it is possibly a touch foolhardy to try and do it in one long lunge. Let's just say that you need the right car, because the wrong car will leave you feeling tired, annoyed and tetchy by the time you reach journey's end.

I have found the right car.

OK, so we already know that the Volvo XC90 is good. Very, very good. The old XC90 was good too, but to that firm base Volvo has added a gilding of more modern cabin, more distinctive styling and a hefty dollop of 'premium appeal' if such a thing can be quantified.

Underneath, it rides on Volvo's all-new scalable platform architecture, which will go on to underpin all Volvos from S60-size on up, including the new S90 saloon and V90 estate, which are coming next year (and are cars about which I am inordinately excited about seeing). The old five-, six- and eight-cylinder engines are gone now, replaced by a new family of 2.0-litre four-cylinder diesels (and a petrol T8 plugin hybrid, which arrives here very shortly), which have already won plaudits for their punch, refinement and economy. Outside, the style takes a big leap forward, with a retro-ish grille, clean surfaces, less pronounced 'shoulders' than Volvos of old and slender lights with inset LEDS that are called 'Thor's Hammer' because they mimic the shape of the mystical Moljnir (why yes, I do read comic books, how did you guess?).

Inside, the cabin is stripped back and minimalist, with leather, chrome and wood taking up the spaces left by departing stacks of buttons. I remember being rather taken (still am, actually) with the big-button cabins of the early 2000s S60 and V70, because they were so simple and logical to operate compared to most rivals. In the XC90, all but a few physical buttons are replaced by a slab of glass, a touch-screen that looks part iPad, with a pinch of Stanley Kubrick's 2001 monolith (why yes, I do watch sci-fi movies, how did you guess?).

Now, I was a bit dubious about this. I like to fiddle and tweak the settings on my cars as I drive. I probably shouldn't as it's a bit distracting, but how hard would it be with no physical buttons for my fingers to find?

Well, we were about to find out. With just me and my youngest son going, we weren't going to much tax the XC90's 670-litre luggage space. I hefted in my backpack and son's Trunki and there was still space for echoes in there. A quick experiment showed that there is room for a chubby six-footer in the third row seats, but as ever with such things, you wouldn't want to be in there for a long journey. Gratefully, I took my place in the front seat.

Really gratefully. It may have been the bells-and-whistles-with-knobs-on Inscription model (bigger touch screen, softer leather, ambient lighting, 20-inch alloys, ear-bleed stereo), but it was, after all, going to be my home for the next six hours or so (plus one or two breaks). It was going to have to be staggeringly comfy to pass muster.

Well, it is. Not such a shock really, is it? After all, Volvo has for decades now been known for the comfort of its seats, and the XC90 lifts that rep to new heights. The chairs are just lovely - broad enough to be comfy, snug enough to be supportive and I would eventually hit West Cork with nary a twinge nor ache nor complaint. Crucially, after the legroom-shortfalls of the XC60 and S60, the XC90 has plenty of space for my pins and my plates.

With No.2 Son gently dozing off in the back, we hit the road and instantly fell into the warm embrace of Volvo's safety tech. The pedestrian and city safety weren't going to be much use to us on the various motorways we had to traverse, but I was immensely happy to have the active cruise control and lane keeping assistant backing me up on a journey like this. The cruise does a much better job of slowing you gently when it detects a car in front of you - some rivals slow down so suddenly that it feels as if you've accidentally stepped hard on the brakes - while the occasional nudge from the steering to stop me drifting out of lane was hugely reassuring.

All the while, the XC90 was quiet and smooth. The D5 diesel engine roars a little picking up the pace from urban speeds, but otherwise it's impressively silent, especially for a four-cylinder, and it doesn't feel any less muscular than rival six-pot engines. The eight-speed automatic gearbox (Volvo's own, not the ubiquitous ZF unit) slurs and shifts as unobtrusively as you'd like it to and the whole ensemble is really very economical. You can coax it just above the 40mpg line if you try, while in more give and take conditions you'll probably get 37mpg. Some rivals are lucky to break the 25mpg barrier in daily driving...

And the screen? Love it. It's a little overwhelming at first, as you work out where everything is and then work out that you can customise it and change it to your preference. It's also a cracking decision by Volvo to leave things like a big, physical volume and on/off button for the stereo there (good for quick access when a small child pipes up from the back seat, disturbing your audiobook reverie. How dare he interrupt Bill Bryson!), but you really very quickly get used to the necessary taps, swipes and slides to access what you need on the go.

It handles too. Long motorway runs have brought us to Cork, and as we zip past Dunnes Stores at Bishop's Court, we're back on to the narrow, broken, occasionally crowded roads upon which I learned to drive. There's no sterner test of any car's refinement, performance and composure because everything, from the surface to the sightline to the traffic levels to the weather can change in the blinking of an eye. But the XC90 was well up to the task. It sheds vast bulk as you swing it into a corner - it doesn't quite manage to shrink around you but the steering is sharper and more accurate than you'd credit at first and the body stays steady no matter what you ask of it. One demerit is the ride though, which can be too firm at times and which on these poorly maintained roads feels sometimes too jittery (20-inch wheels to blame here?). Those movements also elicit an occasional creak or groan from the back of the car, most likely from the folded third row seats. Not a catastrophic problem at the moment, but it could lead to persistent rattles or noises as the XC90 ages.

Still though - we've reached my parents' house. Appropriately considering the Swedish flag sewn into the sides of the front seat, it's a low-lying bungalow full of blonde wood, set amongst tall pine trees. How Scandinavian of them. The XC90 feels right at home here. I just wish that we could have stayed longer. And wish it could have stayed with us.

Audi Q7: power, poise and practicality but it's not as good looking as the Volvo and much more expensive, spec-adjusted.

BMW X5: a toweringly brilliant car, utterly great to drive but its third row seating isn't as practical as the Volvo's.

Land Rover Discovery: older, heavier, thirstier and less high-tech than the Volvo, but it has buckets of charm and is enormously practical too.