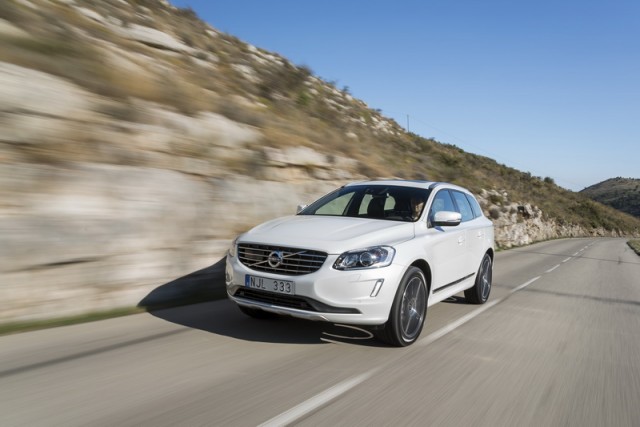 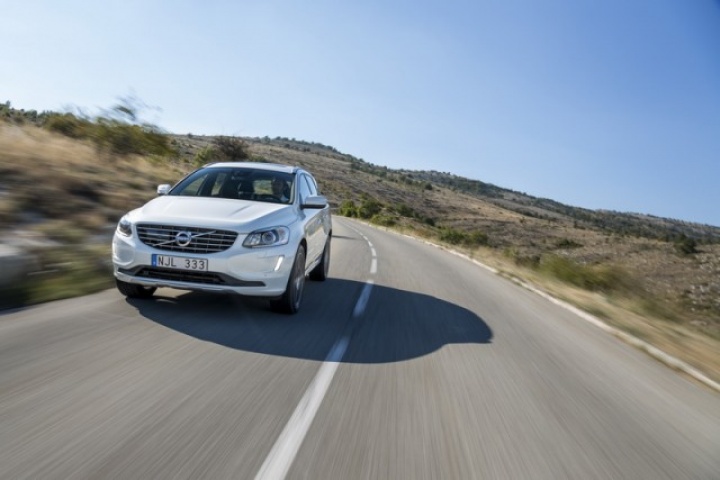 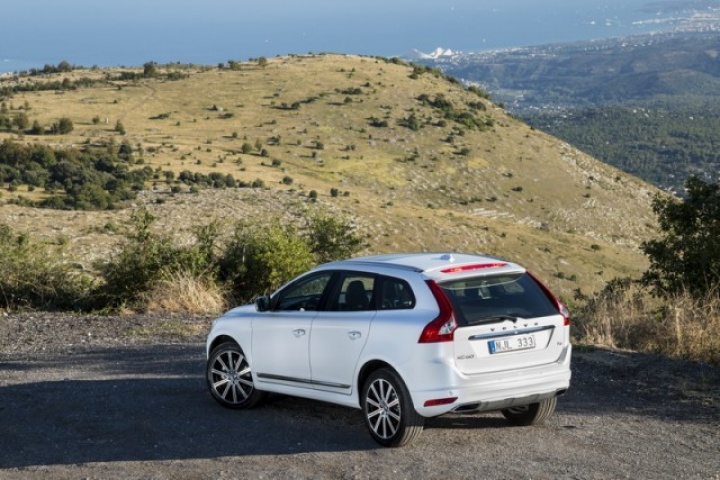 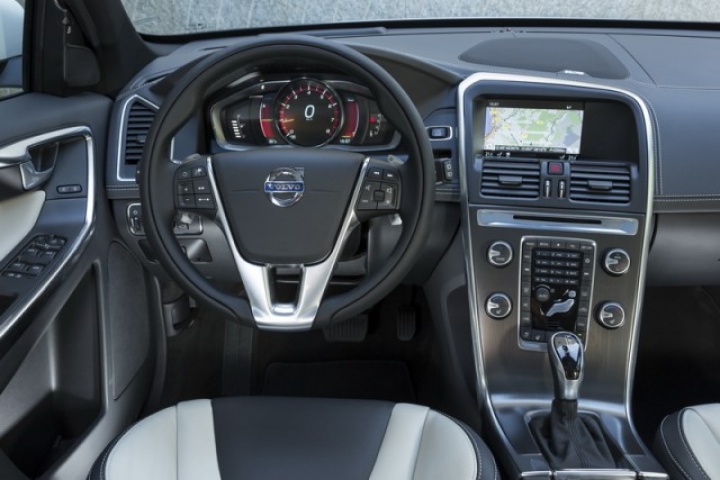 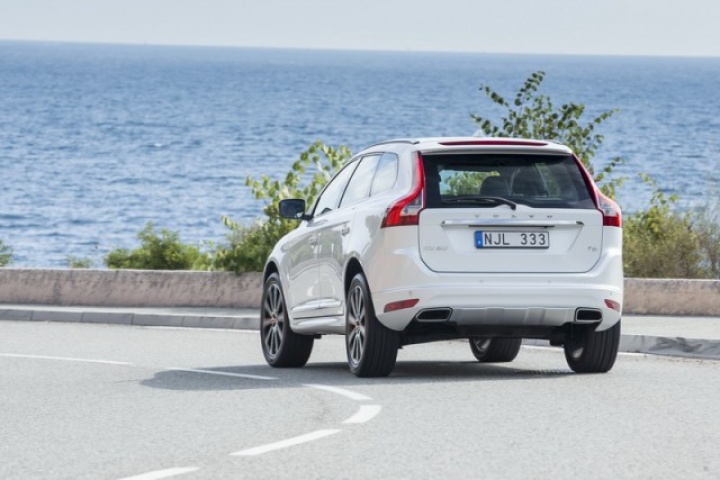 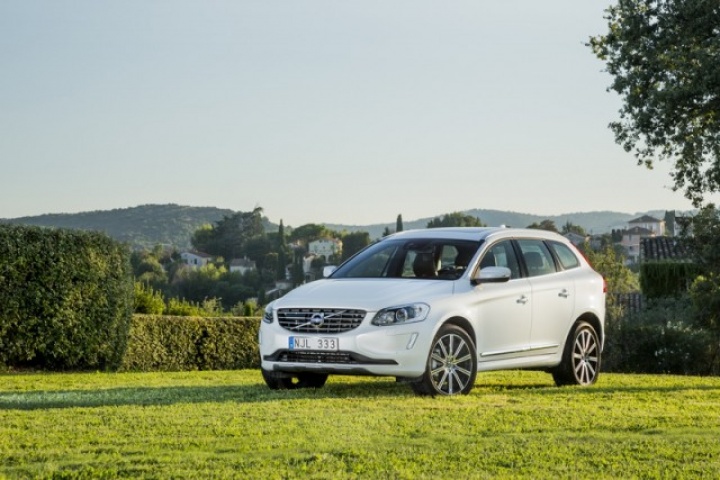 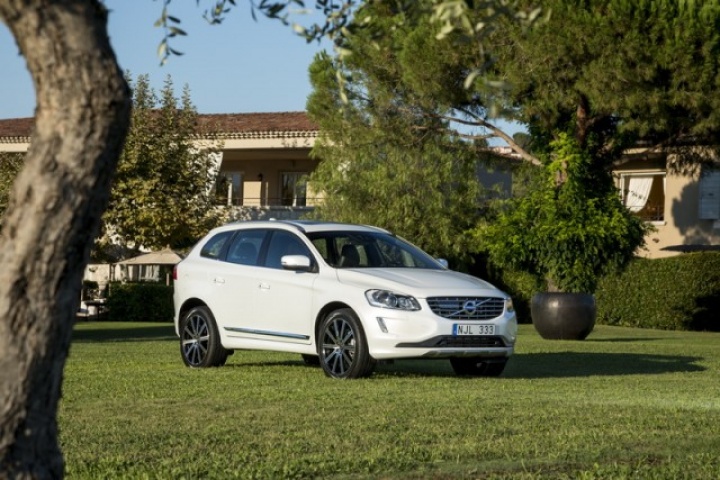 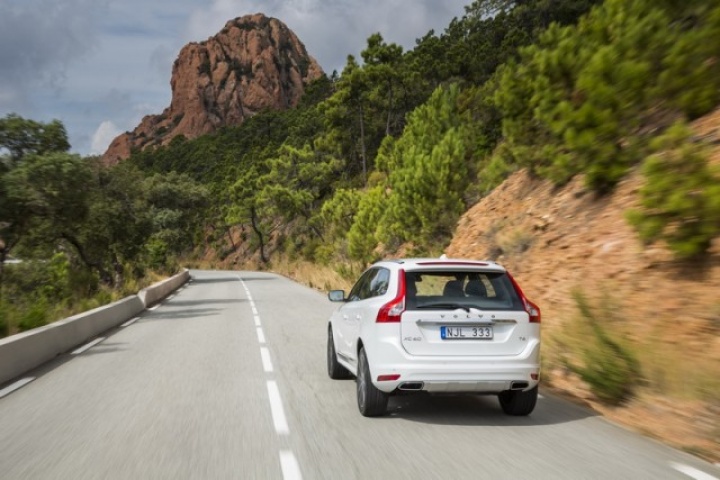 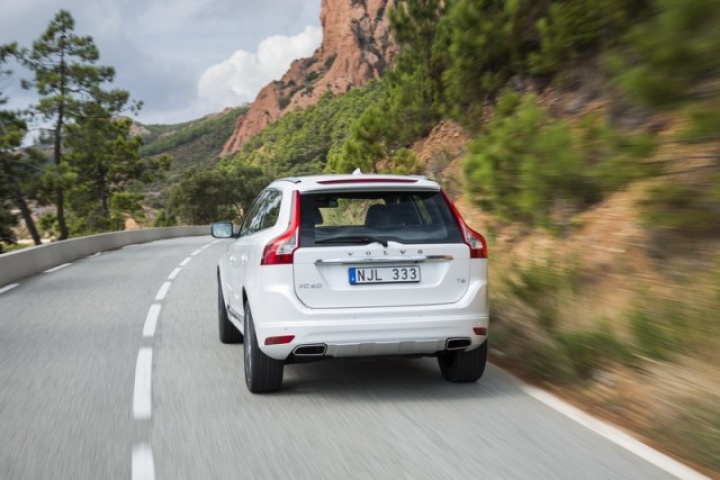 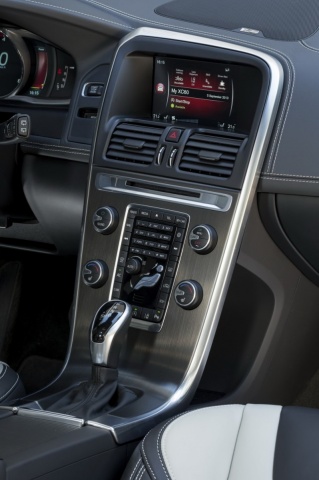 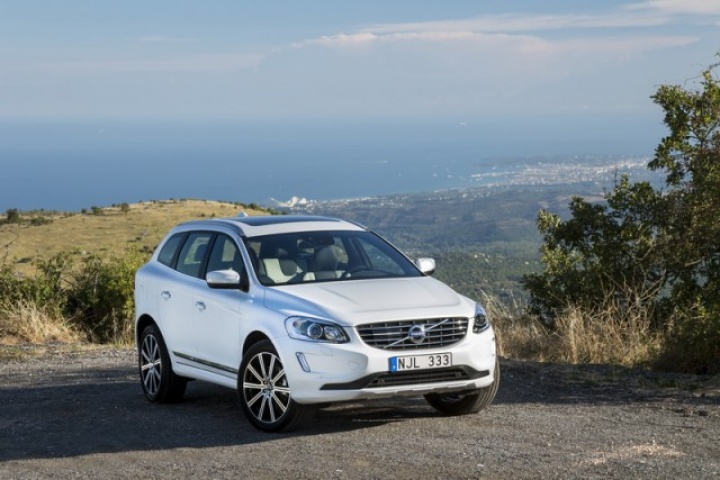 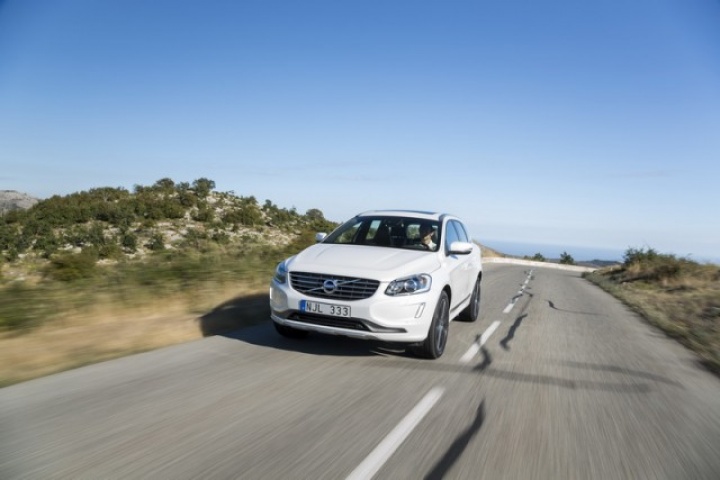 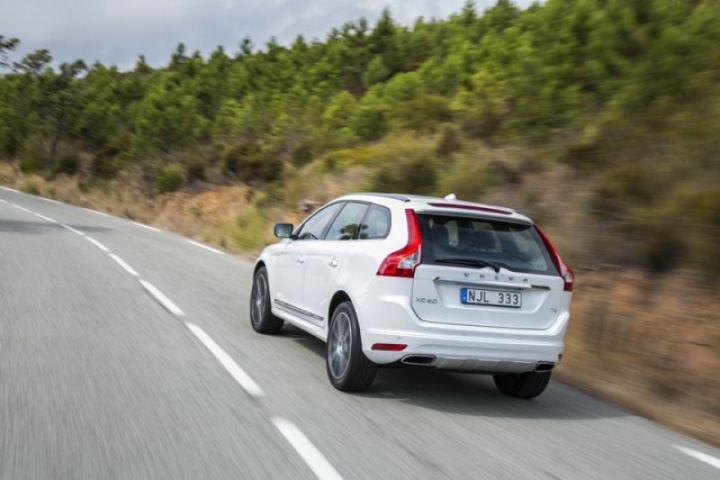 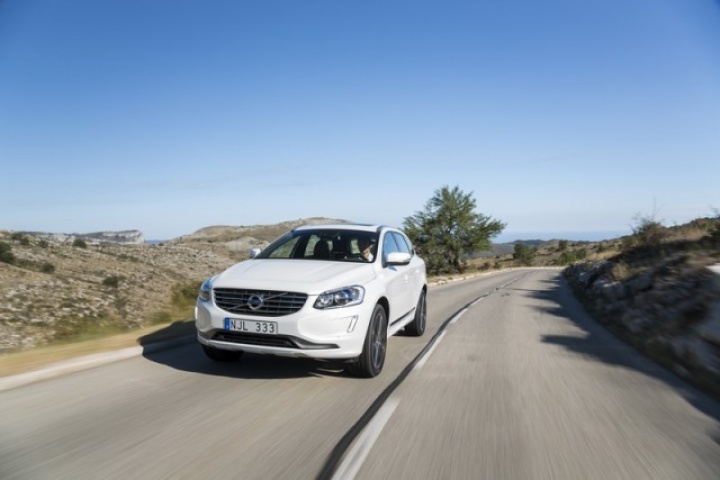 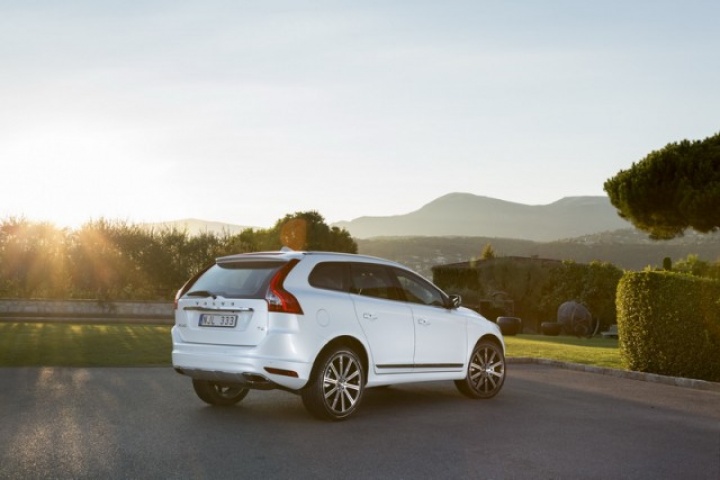 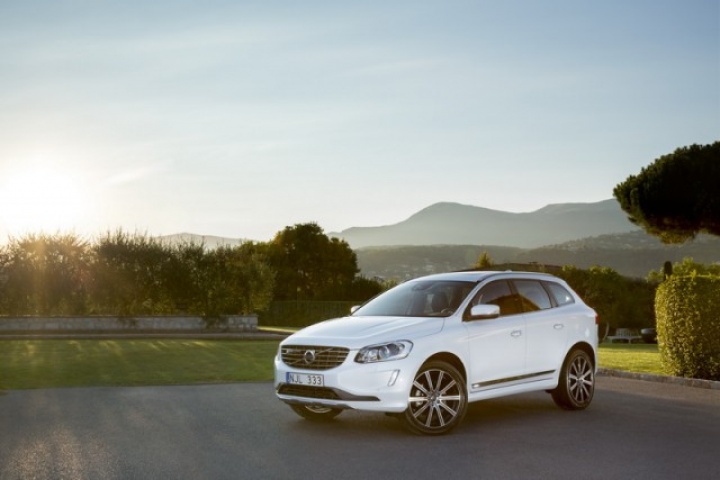 A front-wheel drive Volvo SUV powered by a 306hp petrol engine?! What is this alien creature?

We expected to quite like the Volvo XC60 T6, despite its complete unsuitability to the Irish market, but we didn't. It's not refined enough and the front wheels can't handle the considerable output from the engine. Not the best way to showcase what is clearly an impressive powerplant.

We like the SUV look of the updated Volvo XC60, with more body-coloured panels than before, a range of stylish colour options and some distinctly tasty alloy wheel options. It's certainly not put in the shade by its big brother, the XC90.

Inside, it feels of incredibly high quality, helped no doubt by the lovely leather upholstery and what appears to be a new steering wheel to house the gearshift paddles. The leather is tighter on the rim than before, making the driver feel more connected. The gearchange paddles themselves are of a tasteful design, yet much more tactile than anything the Volkswagen Group offers right now thanks to rubberised pads just where you place your hands.

The XC60 just does not work in this guise. Even at idle the new engine (which we'll go into detail on in our drive of the S60 T6) is too loud. We're all for sportiness, even in an SUV, but we reckon this car would be better pitched as a luxurious petrol alternative to the default diesel choice. Instead the decision was taken by Volvo to give it a sporting edge and it doesn't suit the XC60's character. Not only that, but it's just not enjoyable to drive. Sure it's quick, but the chassis seriously struggles to contain the engine's 306hp and there's laughably bad torque-steer. The engine makes all manner of interesting noises, which is fun, yet the numb steering doesn't encourage you to extend it on anything other than a straight, smooth road. Making matters worse, the test cars in France were fitted with large alloy wheels, detracting from the XC60's inherent refinement and low-speed ride comfort.

We will finish on a positive though, and that's the automatic gearbox. The ZF-supplied eight-speed unit is a gem, as we may have mentioned before, and it'll make a great partner to the new D4 diesel engine in this car.

Let's forget about the T6 petrol engine for a moment, as no Irish buyer is likely to chase Volvo for an official price in any case. The equally new D4 diesel engine will take the lion's share of sales and prices remain competitive at a starting point of €39,995. To strengthen residuals it makes sense to invest in the automatic option, bringing the realistic base price up to €42,745. That compares very favourably with the rivals listed above.

Volvo's usual line-up of ES, SE, SE Lux and R-Design specifications are offered, though be aware that it's only the front-wheel drive variants of the XC60 that come with the spanking new engine for now. The all-wheel drive versions are badged D4 (and now have the same 181hp), but they are in fact powered by the old five-cylinder engine.

Manual versions of the front-wheel drive XC60 D4 attract low Band A4 road tax and the automatic models are just a band higher.

Volvo's new 2.0-litre D4 diesel engine will slowly percolate throughout the entire range. From November this year it'll be available in the S60 and S80 saloons, V60 and V70 estates and the XC70 'soft-roader'. As with the XC60, this applies only to the front-wheel drive variants. For now. Read our review of the new D4 engine in the updated Volvo V60 here.

Our low opinion of this Volvo XC60 is entirely due to the misfit of the (promising) T6 petrol engine with the big SUV's front-wheel drive chassis. The new automatic gearbox is good though and this car will make a lot of sense with Volvo's new D4 diesel engine.