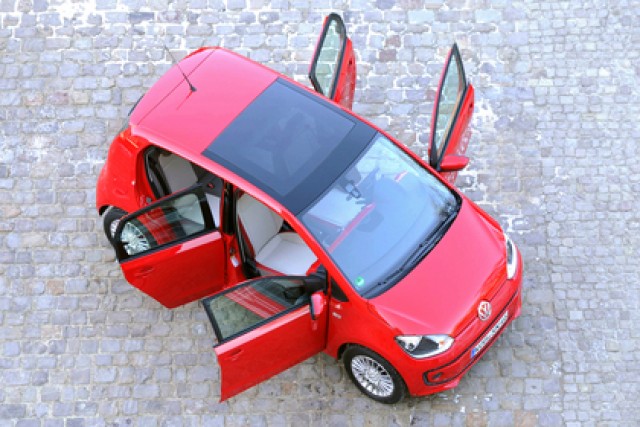 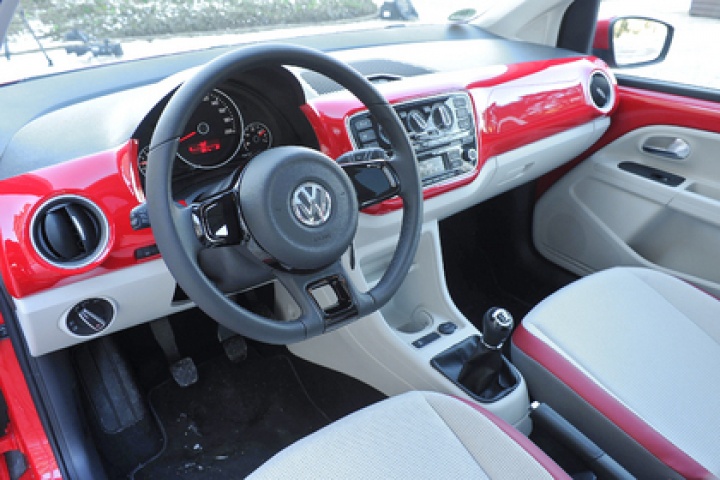 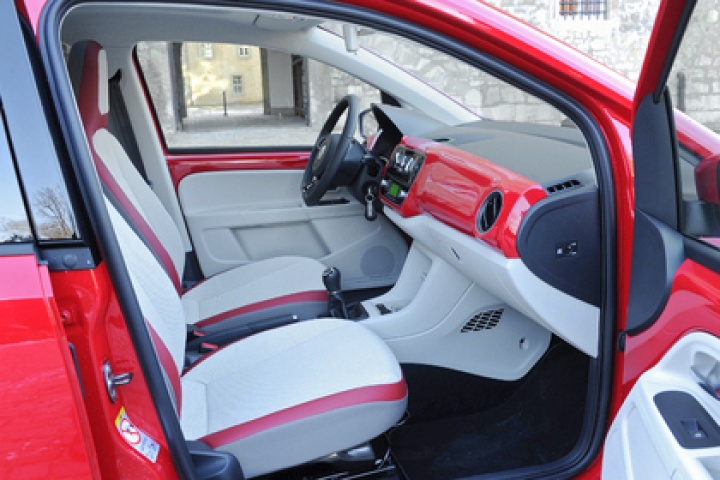 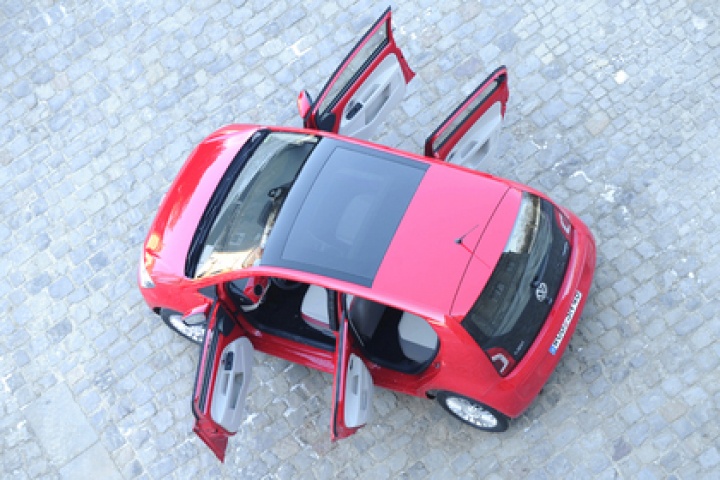 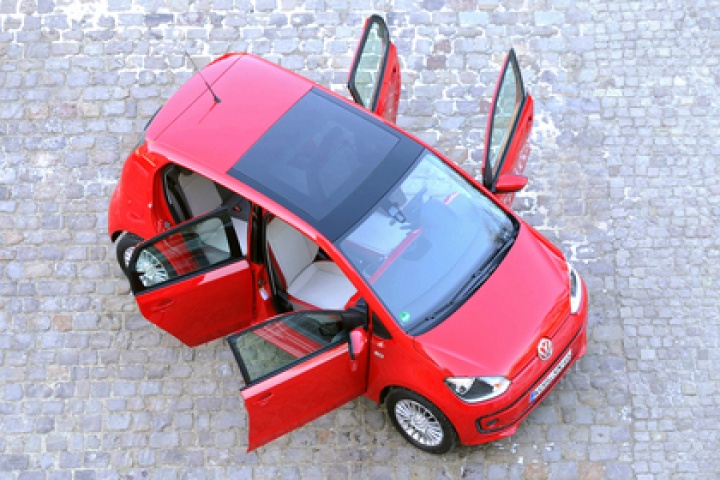 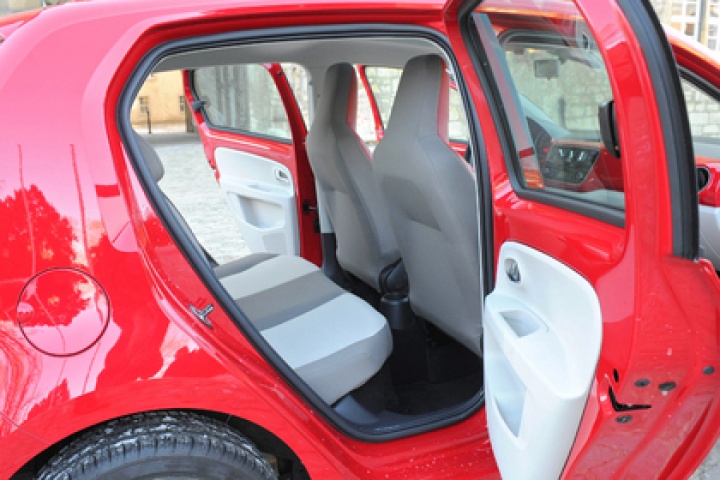 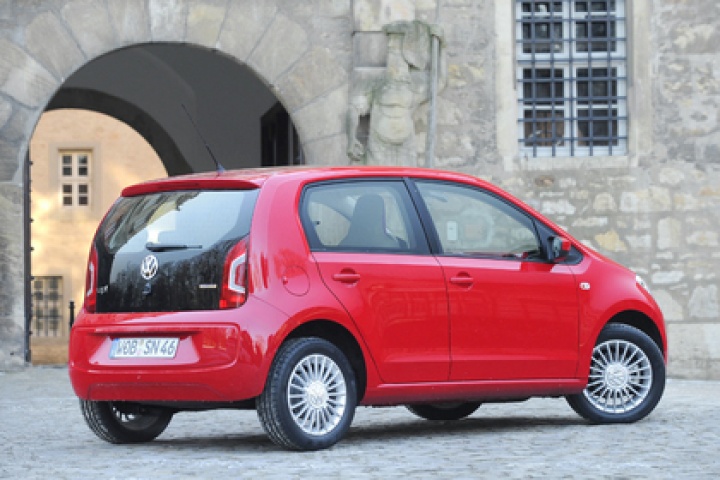 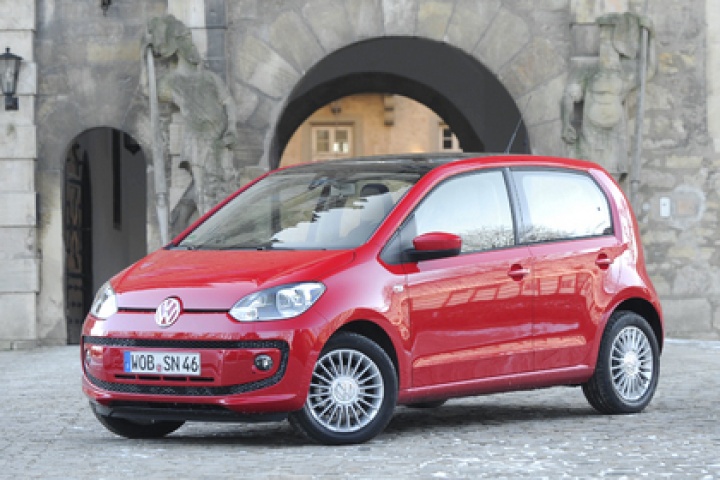 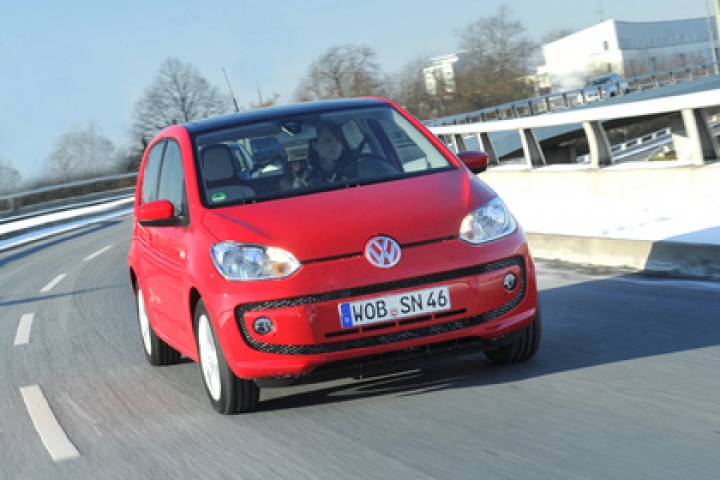 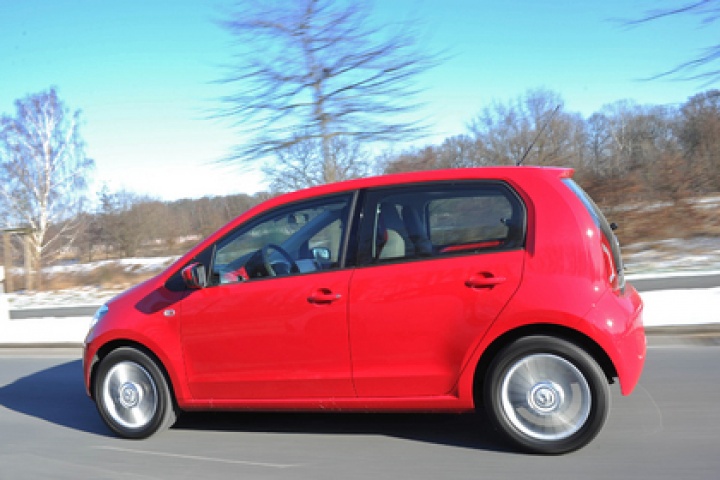 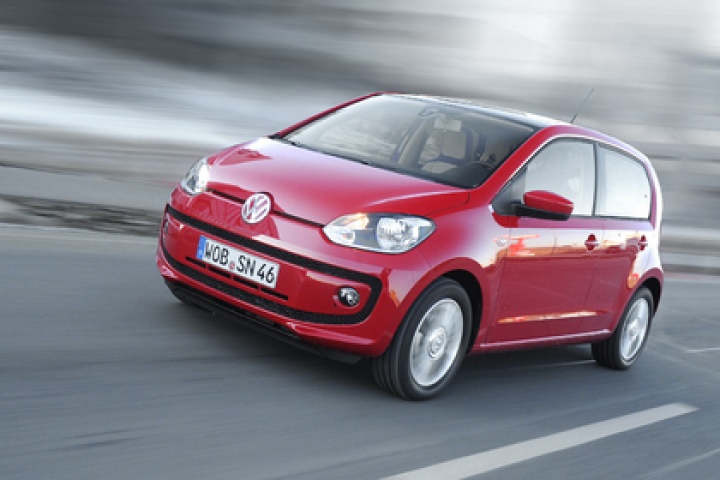 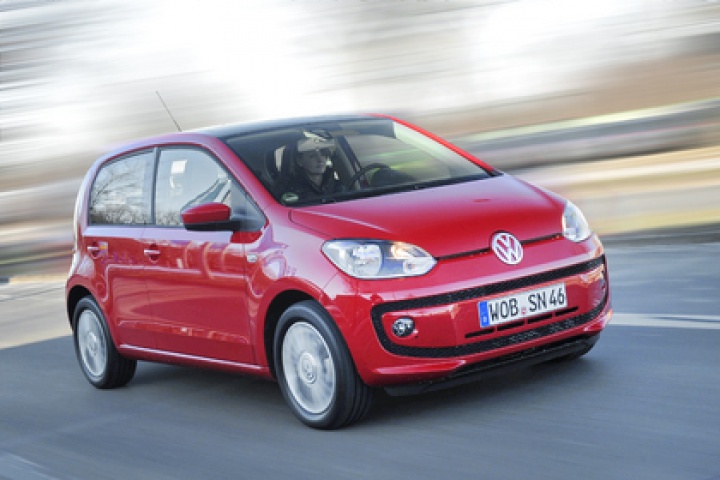 We've driven the likely biggest selling up!, the five-door version.

Don't expect a sea change to the three-door model it's based on. The latest five-door up! is barely any different, save for an extra pair of doors. Still, that means the most stylish, desirable and talented choice on the small car block just got a whole lot more appealing.

Five doors often play havoc with a car's desirability, especially when parked next to a sleek three-door alternative. That's not the case with the up! though, which retains the same distinctive silhouette. The only real change is to the straight window line and of course the extra shut-line for the doors.

But it's still targeted at older buyers, whose children, or indeed their children's children, will enjoy a better view out of the back. The rest of the cabin remains of high quality, but there's no more space over the three-door as it is exactly the same size inside and out.

Like the three-door model you can have the up! five-door in two flavours of engine, both 1.0-litre three-cylinders with either 60- or 75hp. We tried the latter, which certainly proved powerful enough on the undemanding test route around VW's Wolfsburg facility.

On the open road, you have to plan some moves in advance - certainly overtaking is to be considered with caution rather than decided in a spur of the moment. Still, work the light five-speed gearbox and keep the three-cylinder engine towards the top of its rev range and its usually fine.

It really does do its best in town or a semi-urban environment though, where the sharp throttle response and addictive warble mask any lack of torque. Combined with the large glass areas and light steering, nipping in and out of gaps at this speed is simple and safe.

The suspension suits town speeds as well, dealing with lumps and bumps with little fuss. Only on the rare occasions when your speed increases, and the road challenges, does the chassis' soft edge become apparent.

You mainly paying for an extra pair of doors - there's no more room or equipment to be found with the introduction of this, the most practical up! model (for now anyway). But then it's set to only cost a further €475 on top of the already reasonably priced three-door, which represents great value.

Three trim levels are available, ranging from the spartan Take up! models to the rather more luxurious High up! examples. Still, even the most basic benefit from heat insulating glass, gloss black interior trim, Isofix mounting points, a heated rear window, height adjustable steering wheel and an MP3-compatible CD stereo.

There's a new five-speed automatic gearbox as well, but our advice is don't bother. Unfortunately the excellent DSG system is both too expensive and heavy for VW's baby, so in its place is a robotised manual, which is clunky, slow to react, and generally frustrating - requiring you to drive around its deficiencies by anticipating the impending cog swap and lifting the throttle to smooth out the clunky changes. Not that Volkswagen Ireland has confirmed it will offer the auto.

If you're likely to carry passengers in your Volkswagen up! on a regular basis, then the new five-door model is a sensible choice - the extra pair of doors making access to the rear much easier. And though it isn't any more spacious, it retains all of the three-door's character and style, so even the most fashion conscious won't feel hard done by.