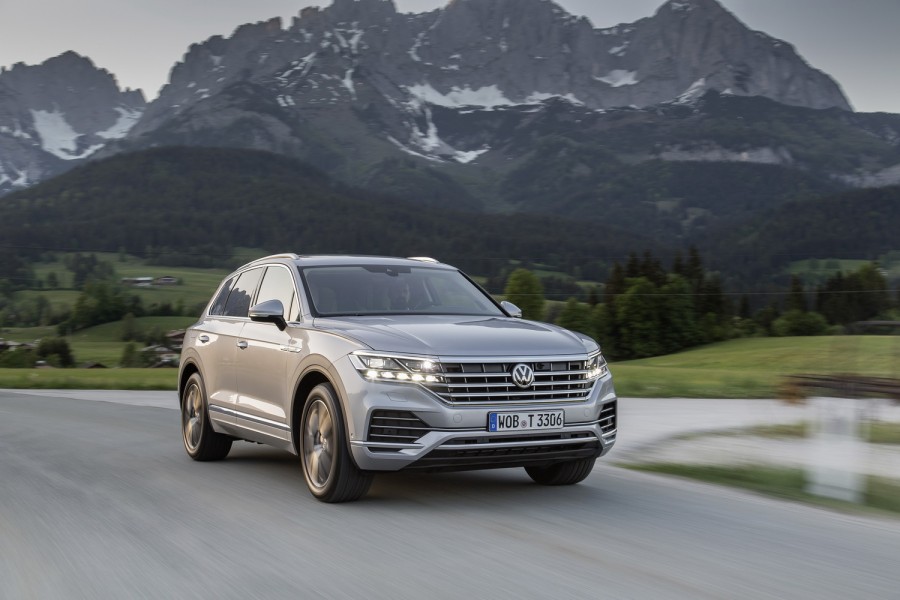 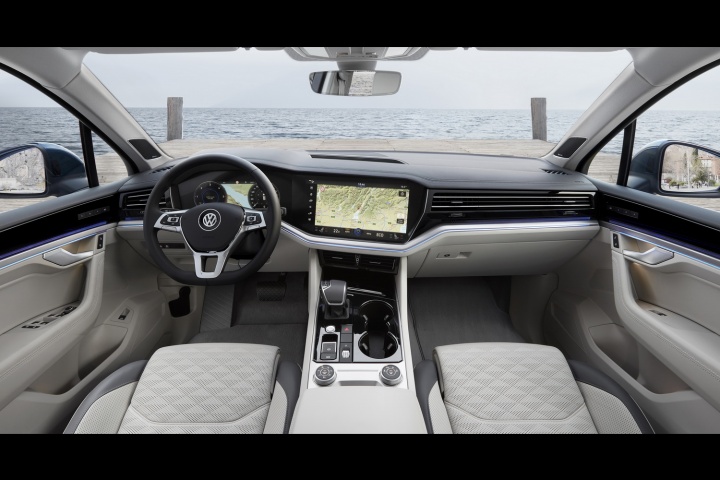 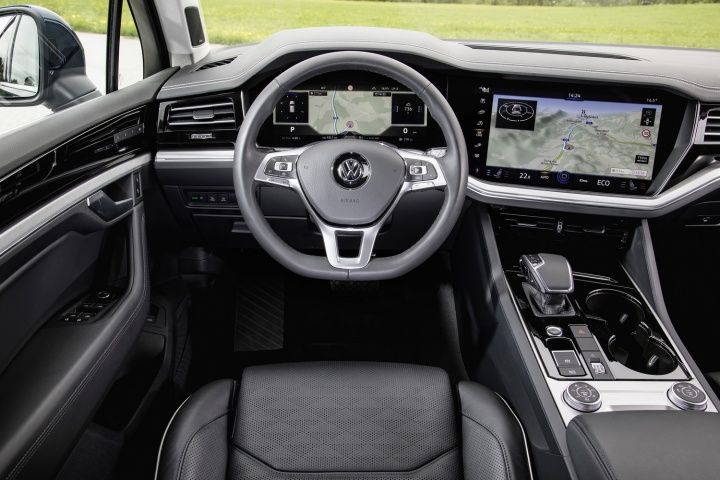 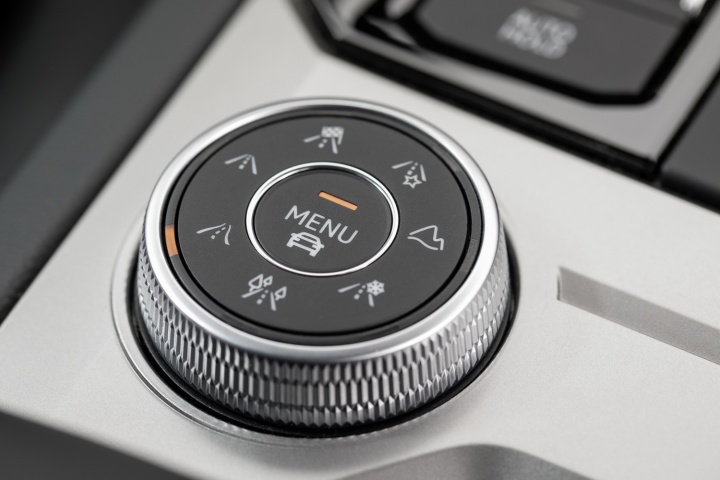 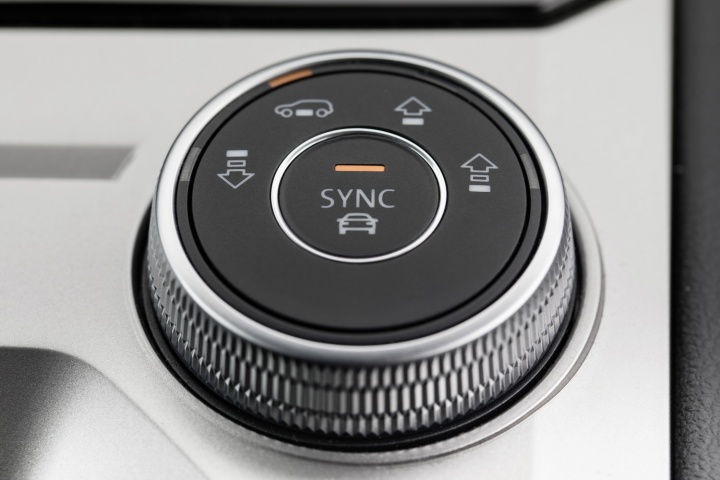 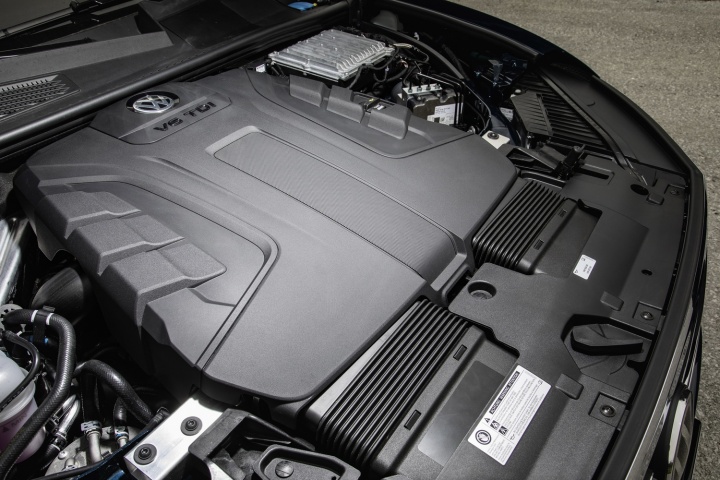 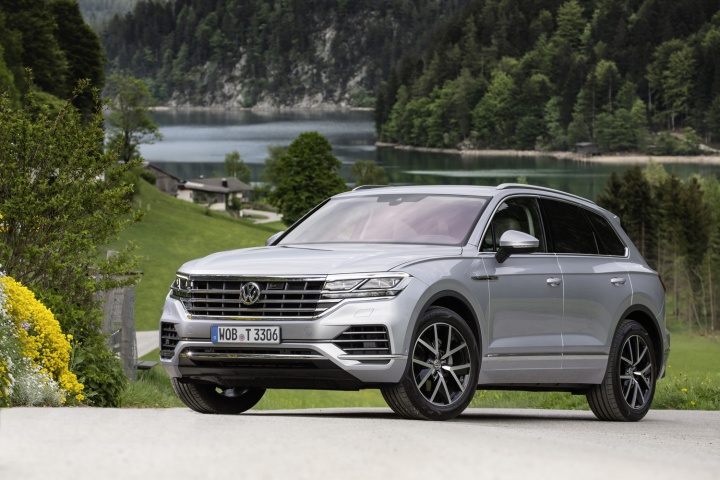 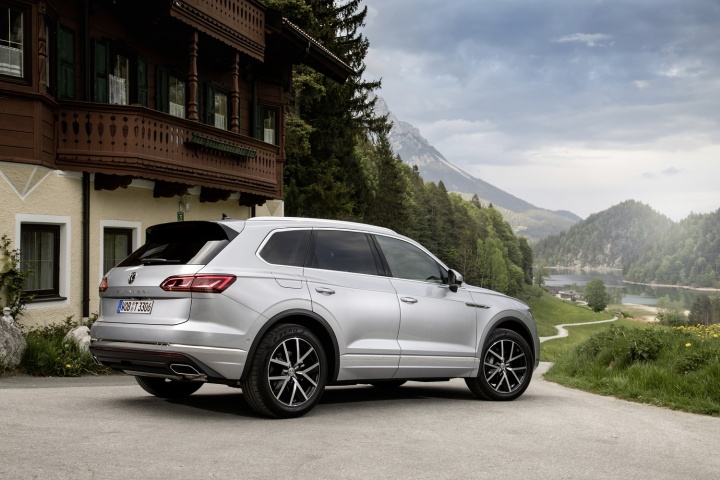 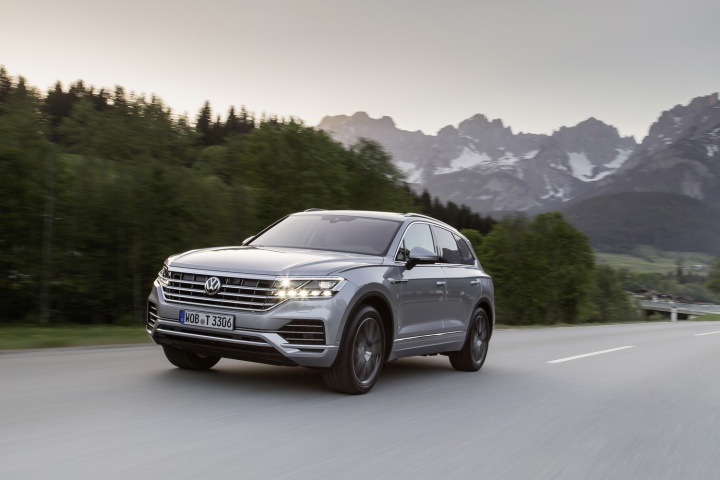 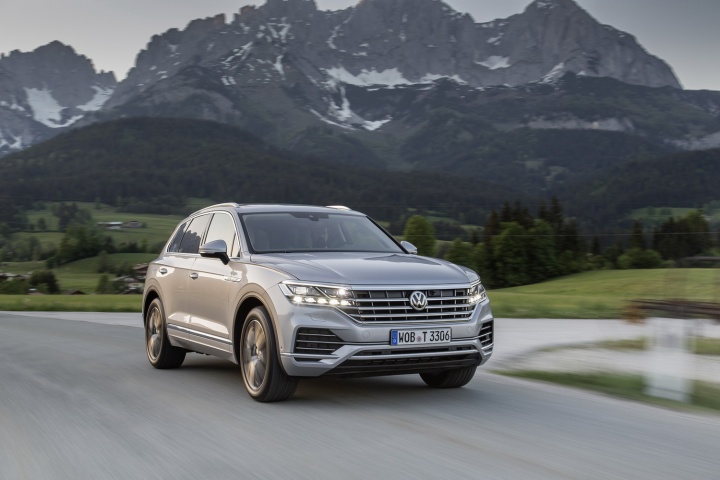 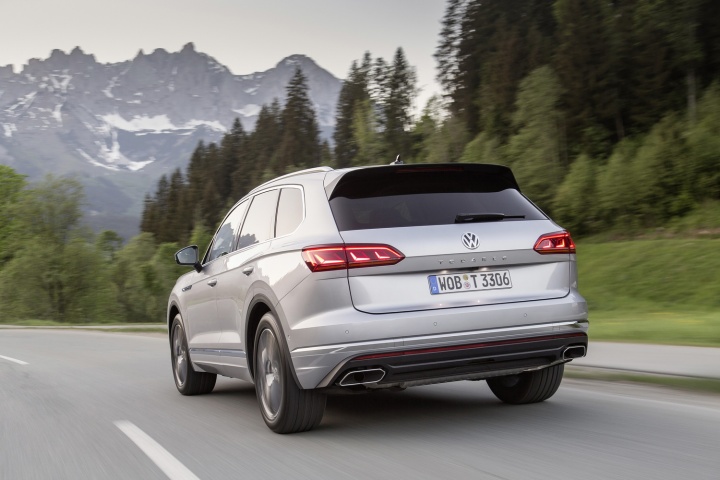 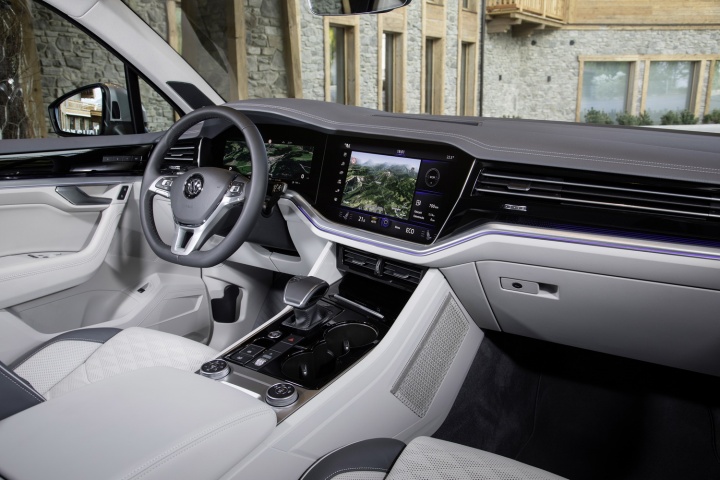 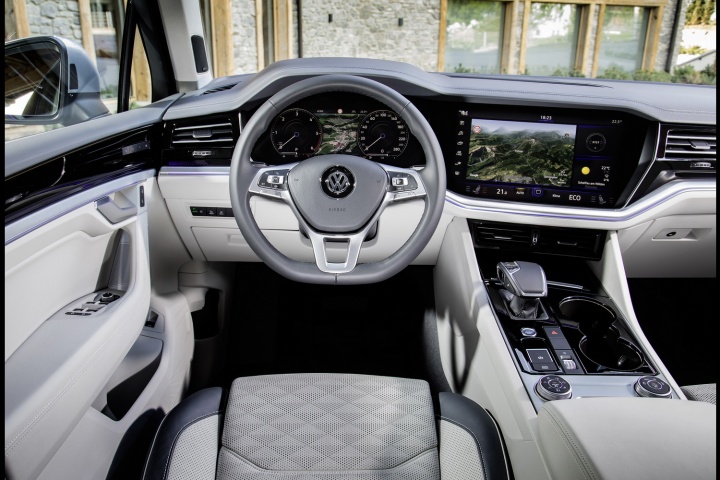 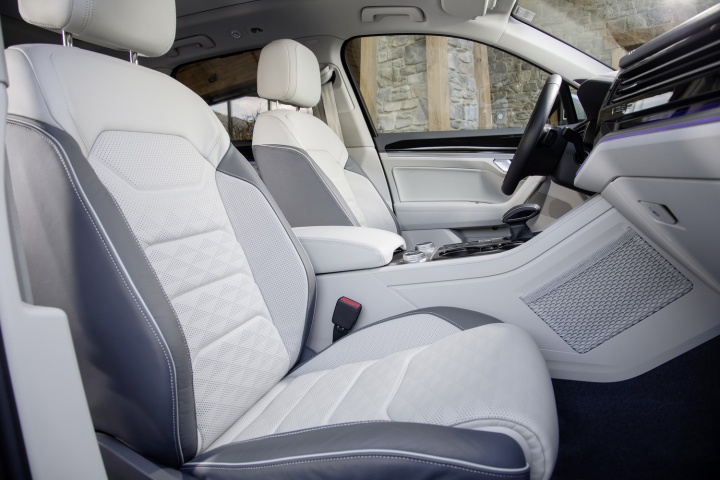 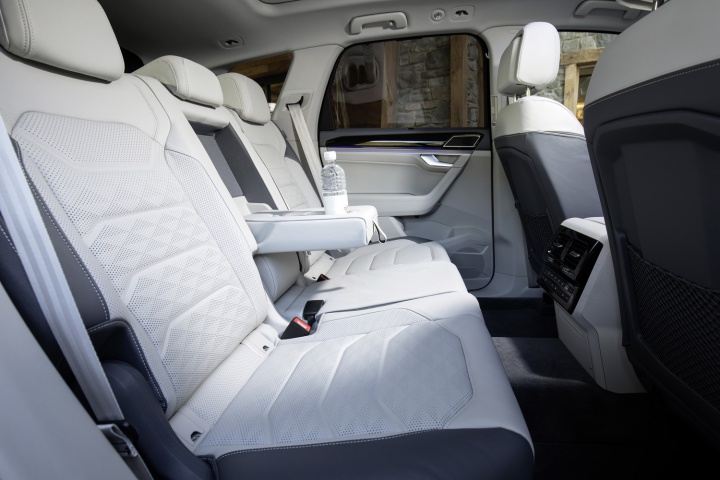 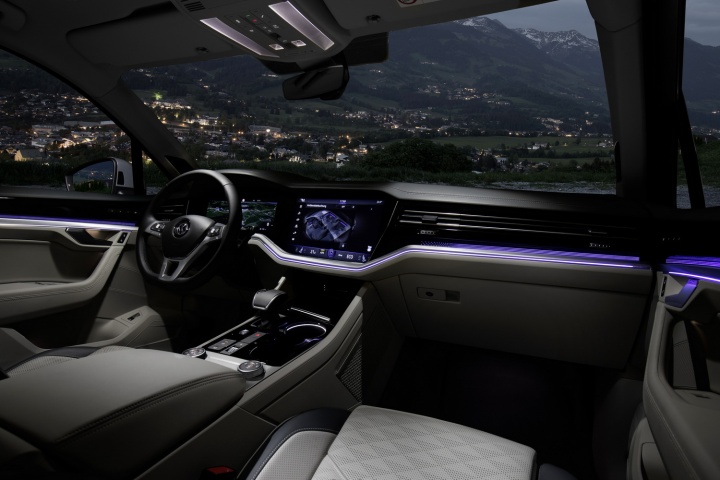 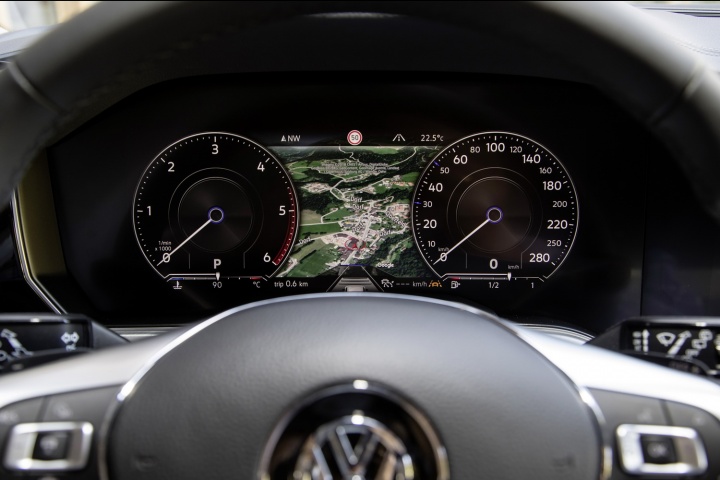 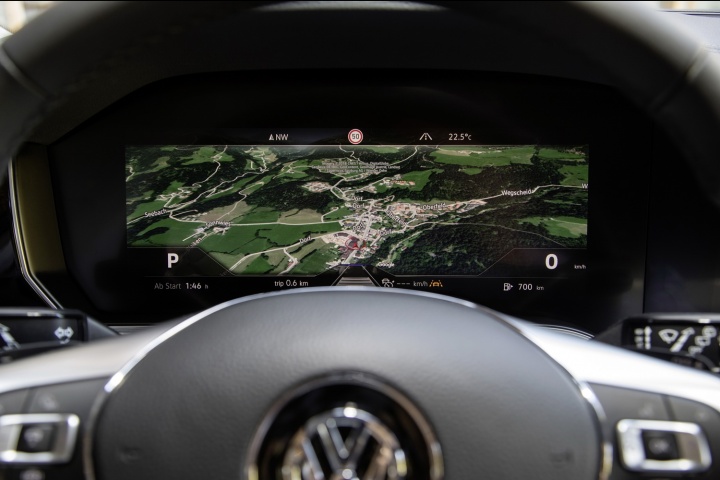 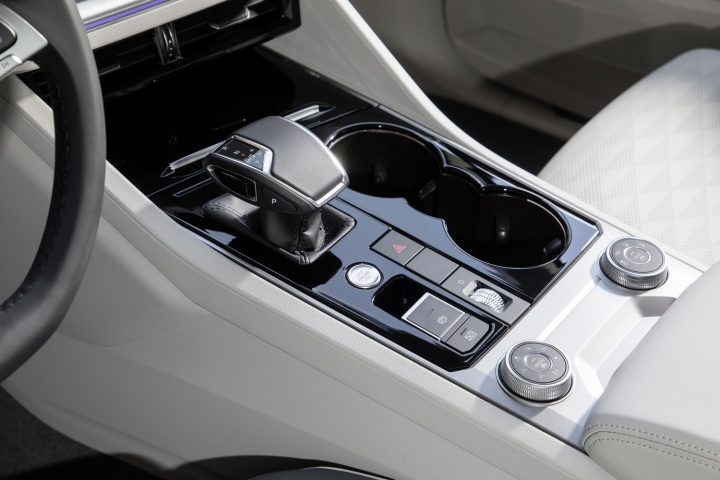 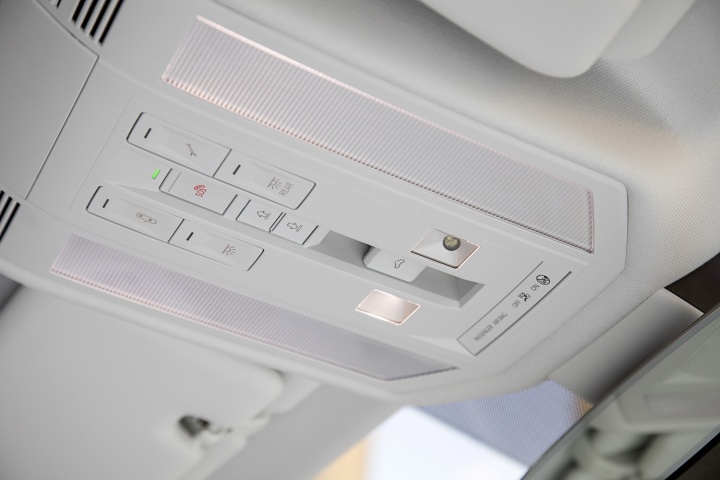 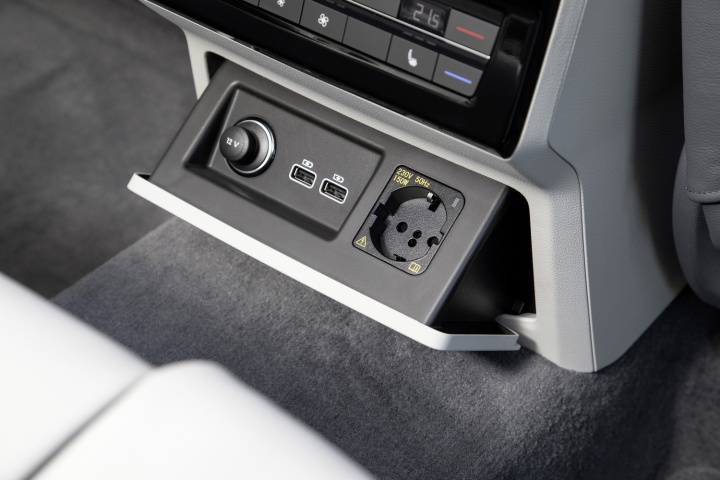 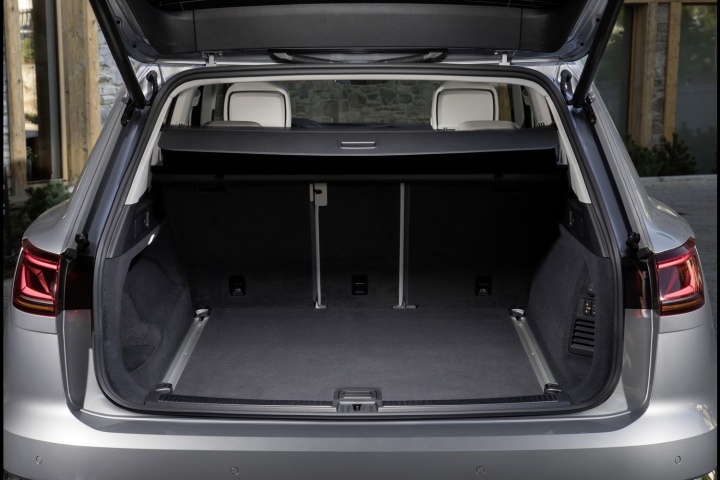 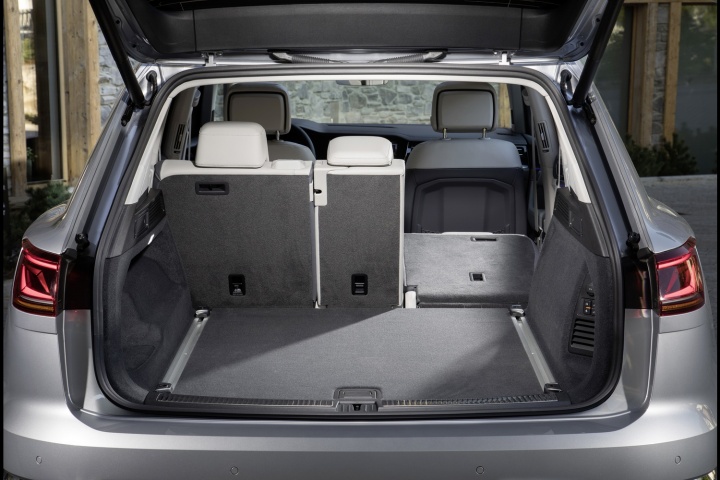 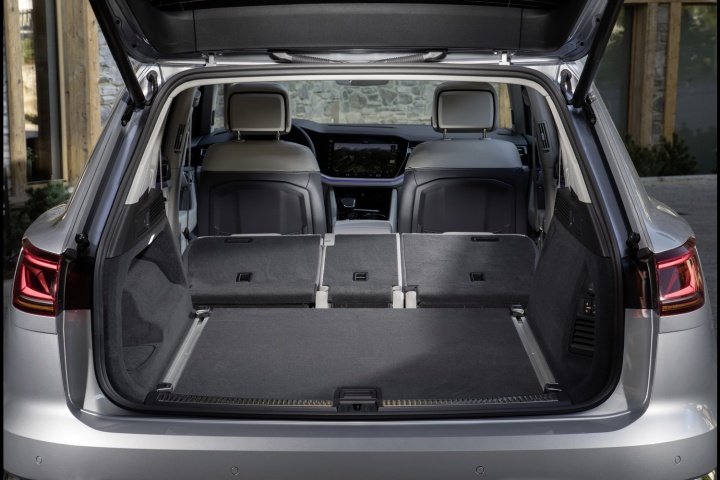 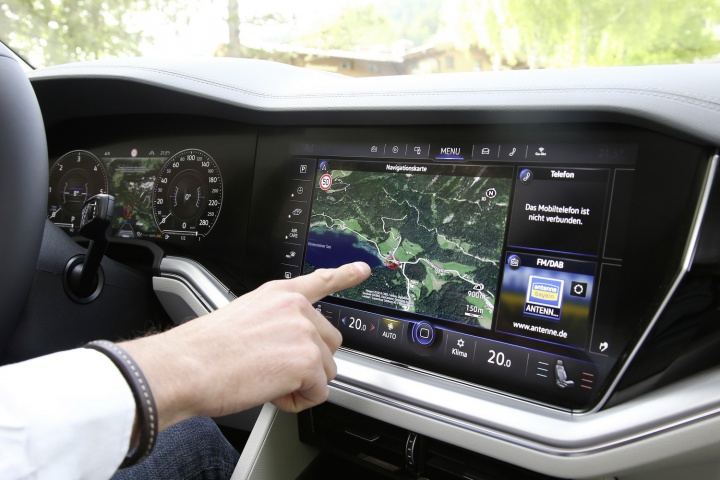 The new Volkswagen Touareg is every bit the premium SUV.

We've had to be patient for the new Volkswagen Touareg to come along, but first impressions suggest that the wait has been worthwhile. It galvanises its place as the company's flagship SUV, featuring a stylish design, high quality interior and, if you're willing to spend a little money, some of the most advanced in-car technology in production.

Volkswagen has played it safe with the look of the new Touareg. Most will know what it is as soon as they clap eyes on it, but tasteful modernisation seems to be the order of the day in Volkswagen. The body features sharper lines than before and more creases in the sheet metal, but it isn't as in-your-face or angular as some others it goes up against in this competitive market.

Like the smaller Volkswagen T-Roc, the headlights meld into the bold grille design. The flanks do enough to mask some of the car's bulk and, by sticking to a five-seat arrangement, the rear end is more rounded than it otherwise might have been. Despite growing a little in both length and width, the Touareg did lose 106 kilograms in comparison to its predecessor.

What sets the interior so far apart from its rivals' is the design around the dashboard. Volkswagen calls it the Innovision Cockpit and it is a thing to behold. Volkswagen's designers have carefully created what appears to be one huge display consisting of a 12-inch screen for the instrument cluster and a whopping 15-inch touchscreen for the infotainment and navigation. The latter sits at an angle canted towards the driver and the seam between the two panels is usually obscured by the steering wheel, giving you a beautiful and crisp high definition display. Not only is it highly configurable, but it also has a slightly matt finish to it, which helps reduce the usual profusion of fingerprints. Complementing this is an optional head-up display.

Throughout the rest of the cabin are materials and a level of finish that Audi would be envious of. It's a simple interior, but the more you look, the more little details you see. The finish changes depending on what specification grade you go for, with sportier R Line models getting darker and more modern materials, for example. Lighter colours add to the cabin's sense of space and items such as open pore ash wood trim along the surround of the dashboard make this look and feel top notch.

The obvious disadvantage that the Touareg incurs is that it is only available as a five-seater, unlike its main rivals that offer a five-plus-two arrangement or full seven-seat setups. More positively, by sticking to a five-seat configuration, it benefits rear legroom and affords ample boot space of up to 810 litres before you start folding the rear seats down. Rear passenger head- and legroom are generous, with only the wide transmission tunnel encroaching on foot room for those sitting in the centre seat.

Volkswagen has done an exceptional job on the new Touareg's refinement. It can waft along at a deceptively brisk pace as you remain ensconced in a bubble of exquisite design and some of the best technology currently available. Much of that comfort is to do with the air suspension that our test cars featured, and you'd have to drive on some pretty poor surfaces for the Touareg to start feeling unsettled, even on the 20-inch wheels. When equipped with the optional Adaptive Chassis Control, the setup does change according to which drive mode you have chosen, as does the throttle and steering response. We'll have to wait until the car arrives in Ireland before we'll have an opportunity to drive it with the standard passive steel spring suspension, however.

Another trick part of the suspension setup is the electronically controlled anti-roll bars that perform well in eliminating almost all the car's body lean in corners. We've already seen this type of system employed in the Bentley Bentayga and Porsche Cayenne to good effect. Although it is technically capable of eliminating body roll, it is tuned to allow a small amount so that drivers don't lose sight of the laws of physics when cornering at higher speeds. With Comfort mode engaged on the air suspension, the active roll stabilisation disengages to allow for even more comfort, but lean does increase.

From the outset Volkswagen has been clear that comfort rather than sportiness is the primary focus of the Touareg. That said, it is capable of being hustled along at a brisk pace. Optional four-wheel steering can turn the rear wheels in phase with the fronts at speeds above 37km/h resulting in more stable lane changes. Below that speed the rear wheels turn up to five degrees in the opposite direction to the front wheels, resulting in faster turn-in. When manoeuvring in tighter spaces is called for it comes into its own. Volkswagen says that this system gives the Touareg a turning circle of 11.2 metres, only slightly larger than the Golf's.

It has no trouble in pushing on, thanks to the torquey V6 diesel engine. The power delivery is smooth, but it's an engine that prefers to cruise rather than be driven with urgency. This more powerful version of the V6 commands a €2,600 premium though, so unless you need the performance, we expect the standard 231hp version to suffice. Meanwhile, the eight-speed automatic transmission eases through gear changes almost seamlessly. While there are paddles on the steering wheel to shift manually, it isn't always possible to override the gearbox, especially on downshifts. The result is a tendency to leave the auto to do its thing.

One thing that made the original Touareg so popular was its towing ability. The new car remains one of the few passenger vehicles capable of towing up to 3.5 tonnes (braked and up to an eight per cent gradient) thanks to its permanent all-wheel drive and generous 600Nm of torque. Volkswagen offers a factory-fit towing bracket that is electrically retractable, too, allowing it to stow away when not required.

As an option, Volkswagen can fit the Touareg with an Offroad Package that is useful for those who plan on being more adventurous. Additional driving profiles include setup for Snow, Sand, Gravel, Offroad Auto and Offroad Expect, which allows for individual configuration. The fuel tank also grows in capacity from 75 to 90 litres when this option is chosen. A reinforced underbody guard, protection for the battery and fuel tank, stone deflector and more robust bumpers set the Touareg up well. All you need to do is add some mud tyres if you're serious about going off the beaten track.

The Volkswagen Touareg gets a starting price in Ireland of €65,395. It features a reasonable level of standard equipment, with many of the items customers expect to find nowadays in such a vehicle. Externally, it comes with 19-inch 'Osorno' alloy wheels, LED headlights with high beam assist and silver anodised roof rails.

The Discover Pro navigation system consists of a 9.2-inch touchscreen and there's smartphone connectivity plus a wireless charging pad, so you'll be reasonably future-proofed. In addition to a reversing camera, Volkswagen's Park Assist system is present should you prefer to let the car guide itself into tricky parking spots. On the comfort side of things there's the Winter Package featuring heated front seats. Adaptive cruise control makes motorway driving that bit easier and can be teamed up with a lane assist function to handle start-stop traffic without the need for throttle or brake input.

However, if you want to have more of the technology that's on offer you'll need to stump up an additional €11,000 to upgrade to the Touareg Design. It gets the same 231hp 3.0-litre V6 with all-wheel drive and smooth DSG automatic transmission. But if you want extra power, Volkswagen will sell you a 286hp version of the same engine for an additional €2,600. However, this is only available on the Touareg Design model.

So, what do you get for that extra €11,000? Quite a bit, although it's predominantly cosmetic items, starting with larger 20-inch 'Montero' alloy wheels and an exterior styling package with different bumpers featuring vertical chrome stanchions. There are also smart I.Q LED Matrix headlights allowing the use of high beams that deactivate pockets of light so as to not blind other road users. The rear lights are LED units housed behind darkened covers, with dynamic indicators. The interior receives Vienna leather comfort seats, brushed aluminium dashboard inserts and ambient lighting with a choice of 30 colours. Rear privacy glass, keyless entry and an electric tailgate are welcome additions, but ought to be standard on a car in this segment, we reckon.

You will need to dig deeper into your pockets if you want to have all the technology that's available. That gorgeous Innovision display costs €3,643, while the nifty night vision system adds a further €2,362. A Technology Package groups together the panoramic sunroof, Dynaudio sound system and head up display for €3,500, whereas ordering these items individually would cost €5,679.

In comparison to the car it replaces, the new Volkswagen Touareg is light years ahead. It offers more, but a lot of the good stuff brings with it a hefty price tag for what remains a five-seat SUV. If you don't need seven seats, however, this Volkswagen proves it is every bit as good as the offerings from established premium brands. 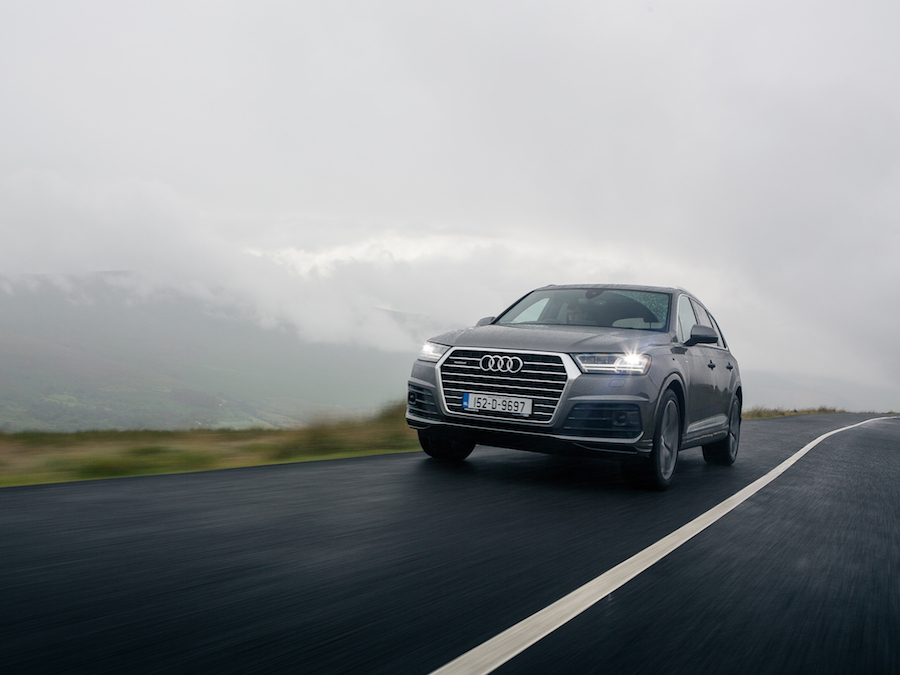 Audi Q7 review
Audi Q7 vs. Volkswagen Touareg 3.0 TDI diesel: beautifully appointed inside, yet now isn't as impressive as the VW. Does get more seats and a plug-in hybrid option, however. 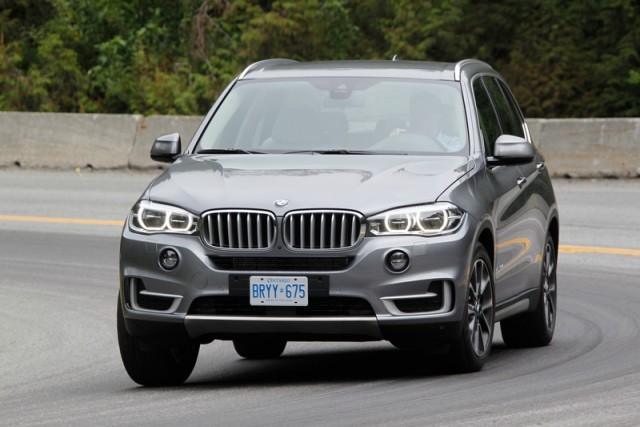 BMW X5 review
BMW X5 vs. Volkswagen Touareg 3.0 TDI diesel: starting to show its age, but it offers a good choice of powertrain options, even if space is a little tight in seven-seat form. 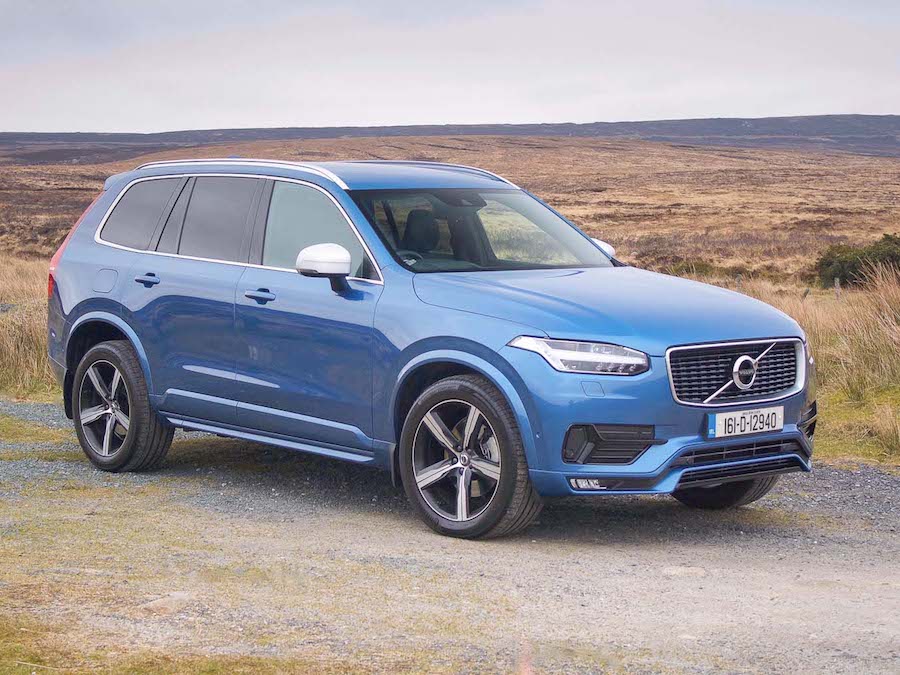 Volvo XC90 D5 AWD R-Design review
Volvo XC90 vs. Volkswagen Touareg 3.0 TDI diesel: big on safety and in size - one of the few proper seven-seat SUVs, but is more expensive.