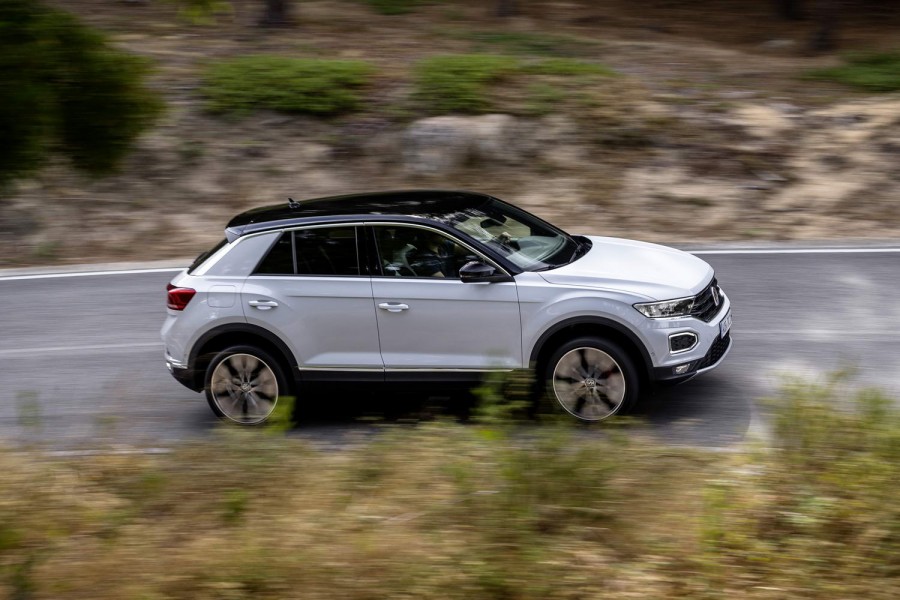 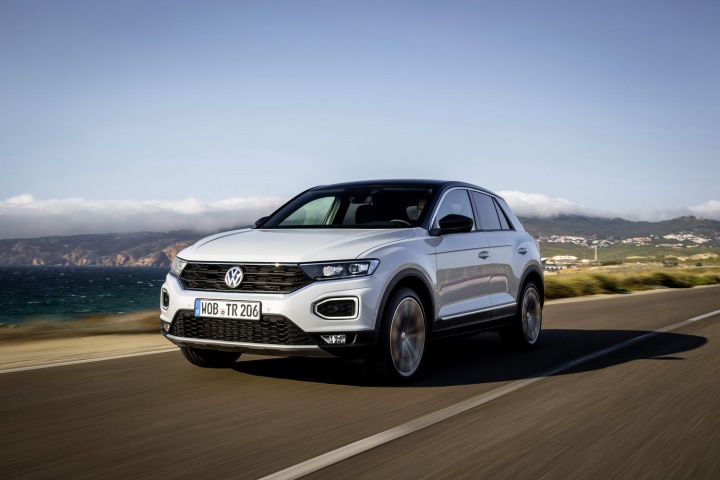 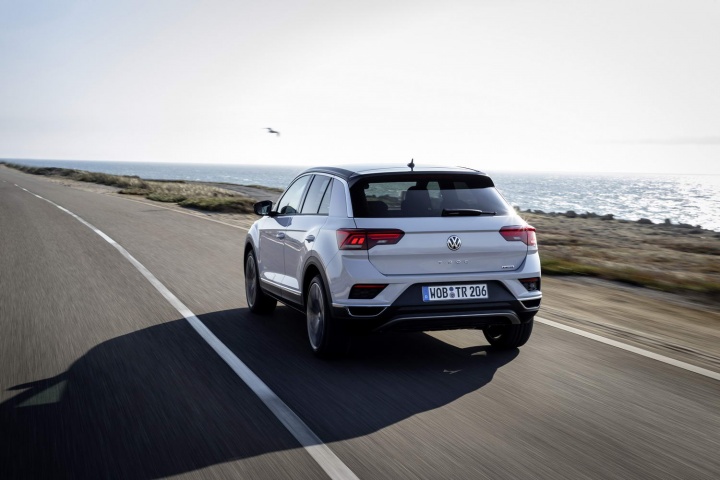 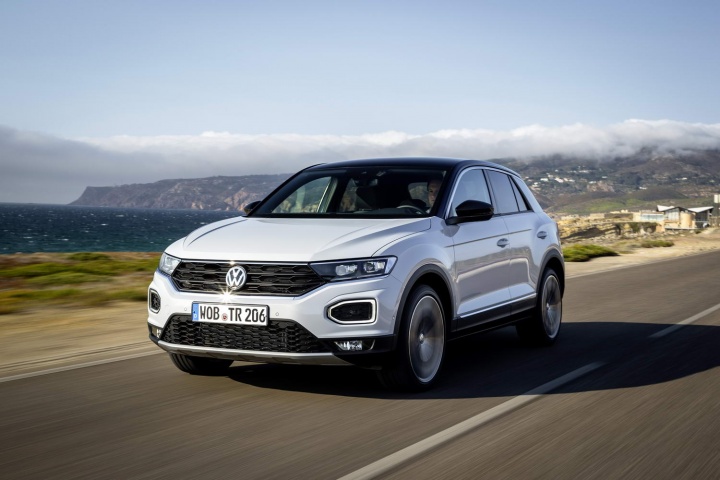 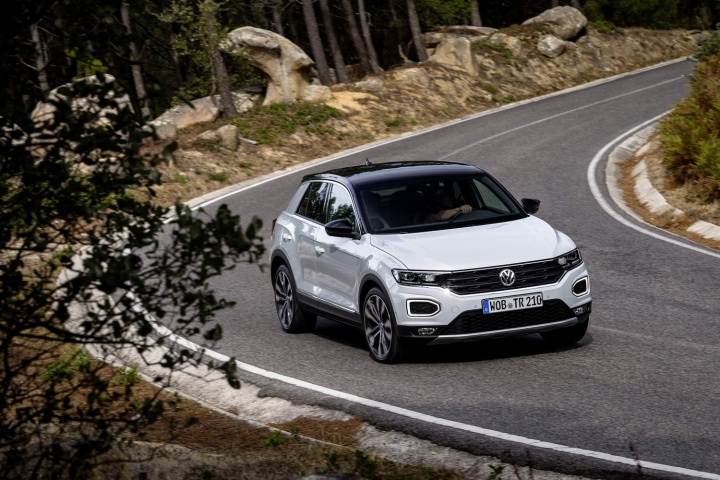 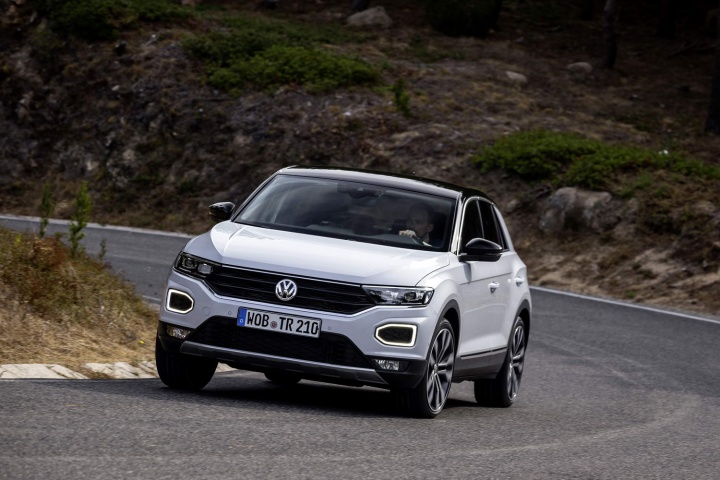 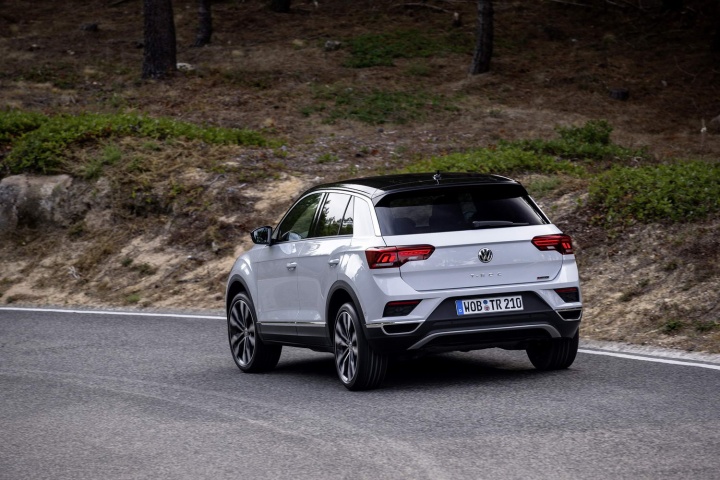 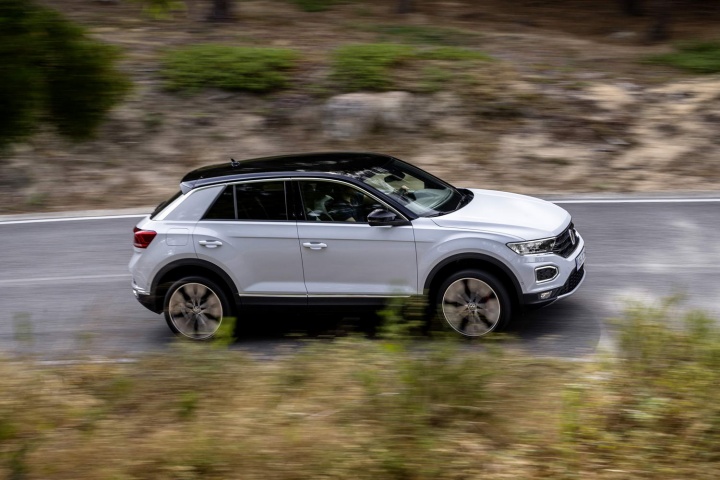 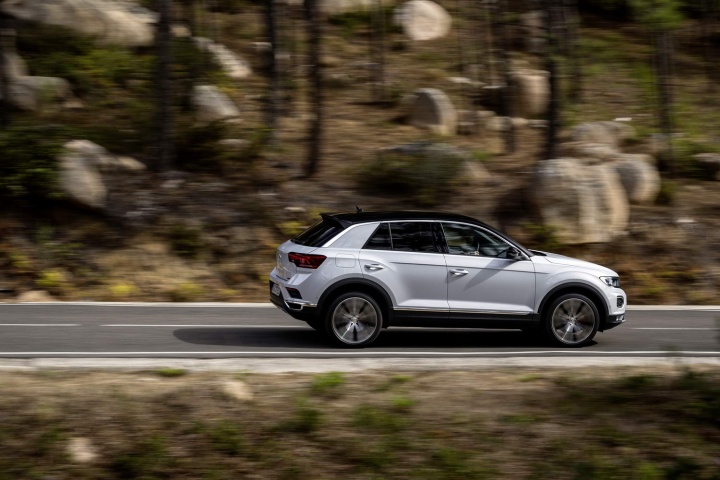 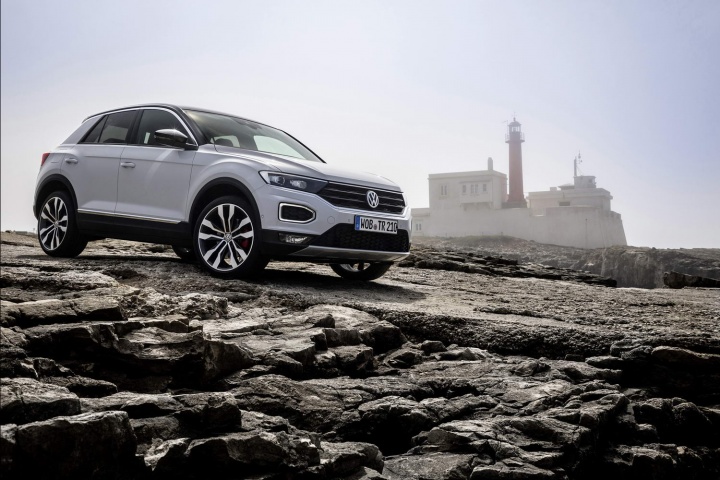 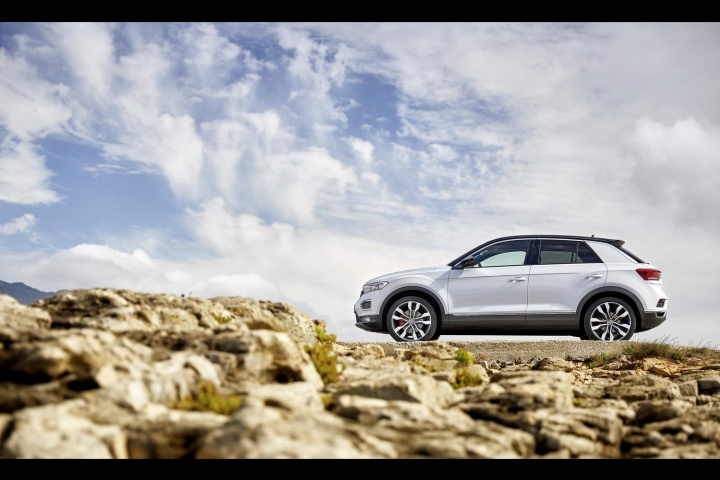 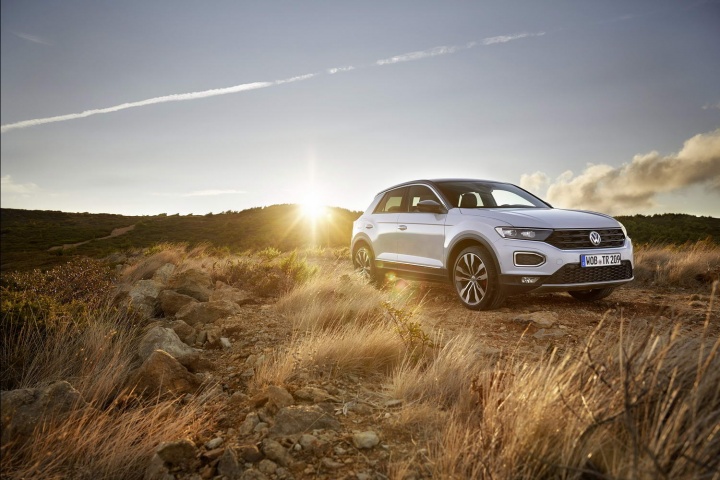 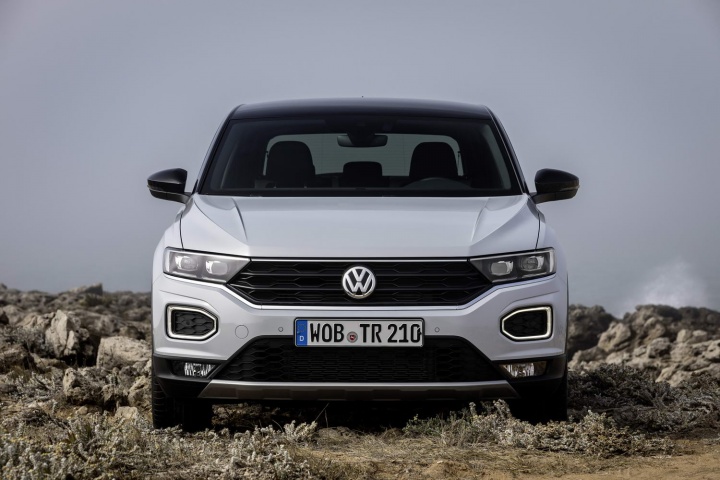 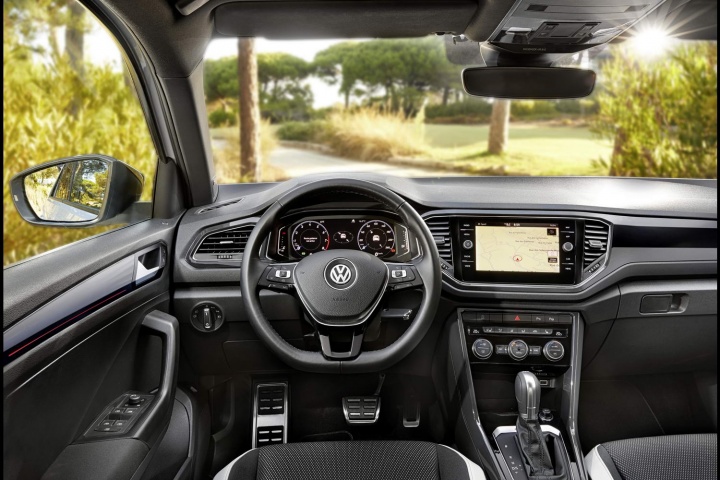 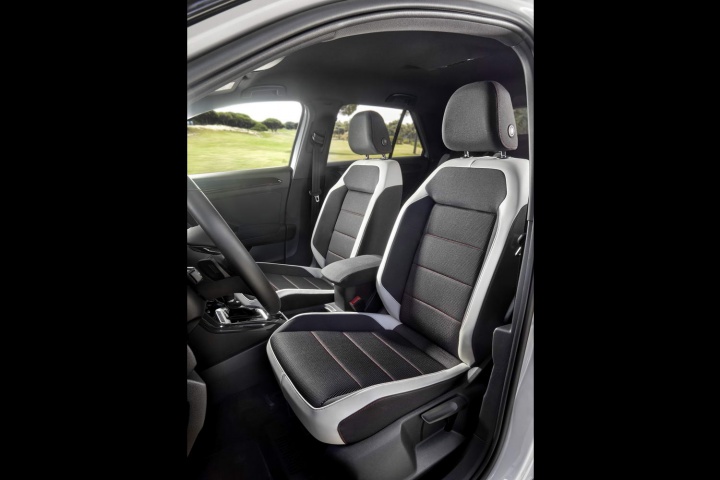 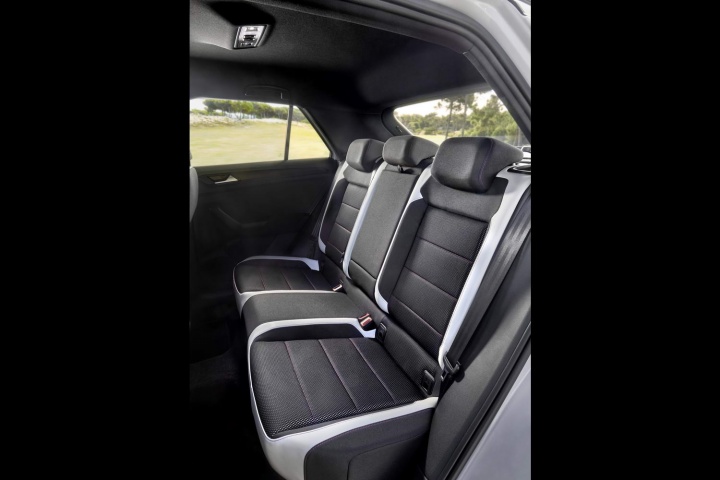 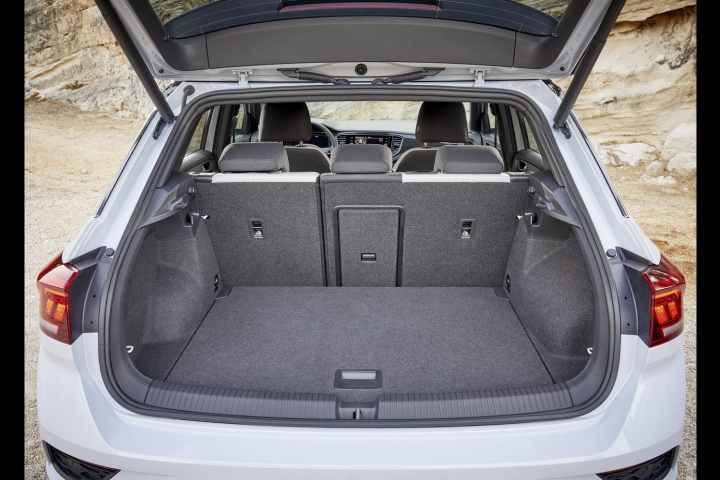 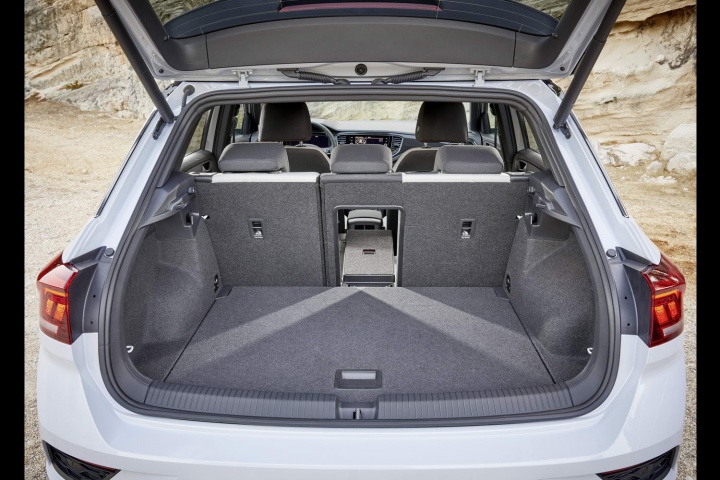 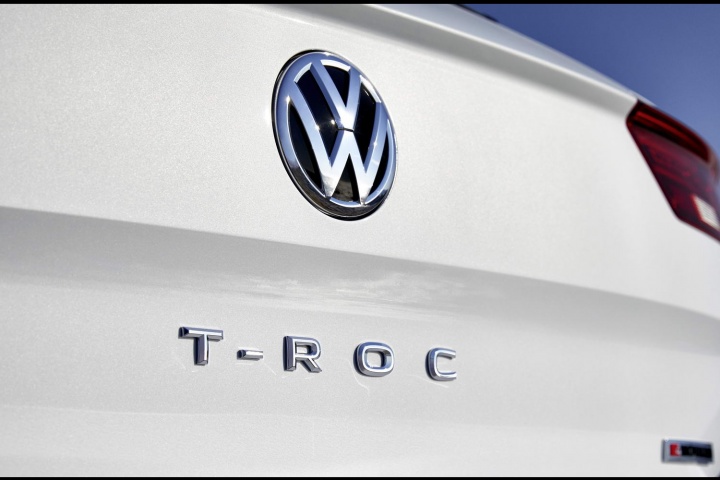 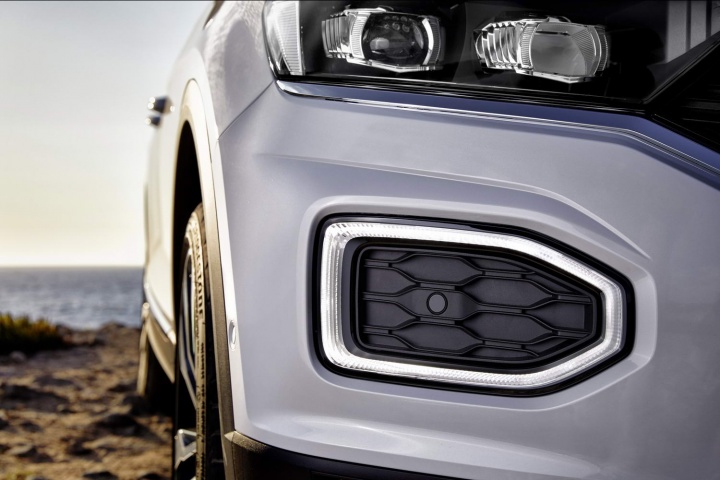 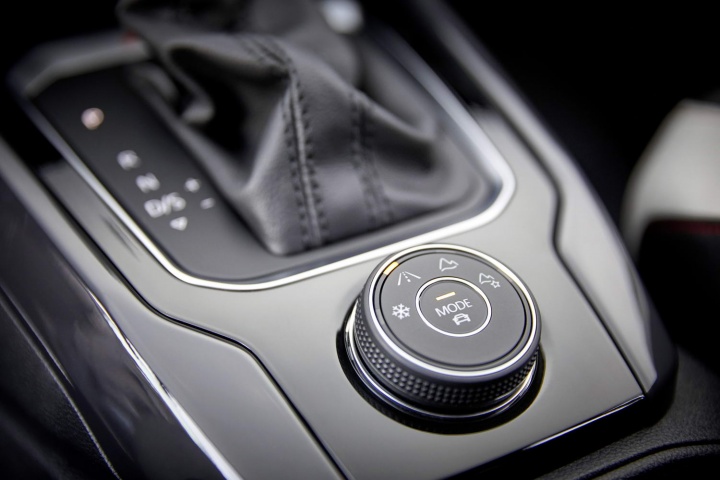 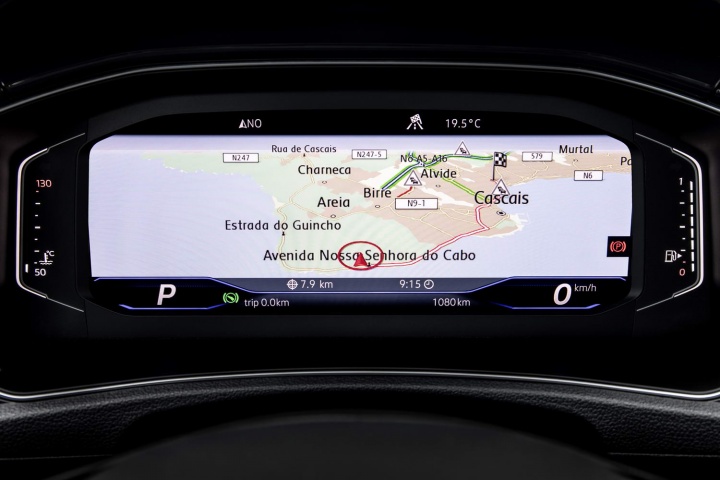 Does a 2.0-litre diesel engine suit the new T-Roc better than the 2.0-litre turbo petrol?

This is the diesel version of the new Volkswagen T-Roc, a compact crossover that's more or less a Nissan Qashqai rival, but which goes for style, rather than practicality, as its main selling point. We've already tested the 2.0-litre TSI petrol T-Roc, which tries to be a Golf GTI with ground clearance, but falls a little short. Can this, the most expensive diesel variant, do any better?

Well, it certainly looks interesting. VW's chief designer Klaus Bischoff reckons that the T-Roc is a milestone in the development of the SUV, because of its styling. We're not quite so effusive - the front looks good, with a high-set, but shallow grille and narrow lights, and the LED detailing around the low-set fog lights is intriguing. Basically, it hits the crossover norms of being chunky and interesting at which to look, but there is more than a little awkwardness at the back, where there's a profusion of lines where the C-pillar, boot lid, rear light and rear wheelarch meet.

Inside, it's very much generic VW cabin Type 1A, which is not necessarily a bad thing. There is a new 11.7-inch 'Active Info Display' digital instrument panel, which works well and looks smart (albeit not as impressive as the larger 12.3-inch display already seen in the Tiguan and Golf). The front seats are very comfortable and the driving position good, and you can have all sorts of high-end tech options. Basic T-Rocs have a 6.5-inch touchscreen as standard, but our Sport spec test car included the big eight-inch screen, which comes with Apple CarPlay and Android Auto and satnav. It's a brilliant screen, easy to use and, crucially, retains a physical volume knob, which makes like much easier.

The 2.0-litre TDI diesel is a familiar unit, and it works reasonably well here. It's obviously not as brisk as the 2.0-litre TSI 190hp engine, but with 340Nm of torque it pulls very strongly up inclines and out of tight corners, and proved reasonably economical (circa 45mpg) on a briskly-driven mountain road course. That bodes well for decent economy under less stressful conditions.

Handling-wise, it's fine. The steering has the same slick and oily feeling as that of the TSI, and for the most part there's good body control and good precision. It's an easy, relaxing car to drive, but not the most engaging steer there is. You can, also, really sense the extra weight of the diesel engine, which results in a noticeably slower turn-in to corners than the petrol version manages, and a firmer, bouncier ride quality as the suspension has to cope with the extra bulk.

A bit, yes. In general, I tend not to be too keen on these mid-size crossovers, because they cost about the same as a well-specced five-door hatch or compact estate, yet provide much less in the way of practicality or handling precision. So it is with the T-Roc. Space in the back, for instance, is only adequate - a six-footer can sit behind another, but you are reaching the outer boundaries of the cabin's space at that point. The boot is decent, at 445 litres, but you'll have a sacrifice the spare wheel to make the most of that.

There are some refinement issues too. Obviously, a diesel engine is never going to be as quiet as a petrol alternative, but the 2.0-litre TDI did seem quite noisy in the T-Roc. Not excessively loud, as such, but there was a constant growl and grumble from under the bonnet, and a noticeable whistle from around the door mirrors, even at low speed. So far, the petrol engine is the superior, although the 2.0-litre TSI won't be offered in Ireland for now. We're intrigued to try the 115hp 1.0-litre three-cylinder petrol TSI version, but suspect that the new 1.5-litre 150hp TSI might yet prove to be the best T-Roc engine option. A lower power diesel offering will come on stream in early 2018.

Then there's the cabin quality. It's all bolted together very nicely, as you'd expect from Volkswagen, but there is a palpable downgrade in some of the materials used. The contrast-colour plastic bits, for instance, look shiny and nice, but feel cheap when you actually touch them. Clearly, Volkswagen (as with everyone else in this segment) is cutting its costs here to maximise profits, but there's no question that an equivalent Golf has a nicer, roomier interior. And a Golf Estate murders the T-Roc for boot volume. Compared to a Qashqai, the boot space of the T-Roc is on-par, but the rear seat space is closer to that of the tightly-dimensioned Toyota C-HR. Clearly, VW is keen to take on the Qashqai both from above (the bigger and more expensive Tiguan) and below with the T-Roc. Will it work? We'll see.

In fact, it's that Golf (and the estate in particular) that undermines the T-Roc in our eyes, and not the more directly comparable Qashqai. OK, so the T-Roc is ultra-fashionable and on-trend, and if you're prepared to pay the cash and make the necessary compromises to be a motorised fashionista, then that's fine. For me though, the superior perceived quality, sharper driving experience and better space of the Golf Estate would swing it. I guess I'm just not hipster-y enough for a T-Roc.

If there is anything specific you'd like to know about the T-Roc diesel that we've not covered, feel free to send us a question via the Ask Us Anything page. 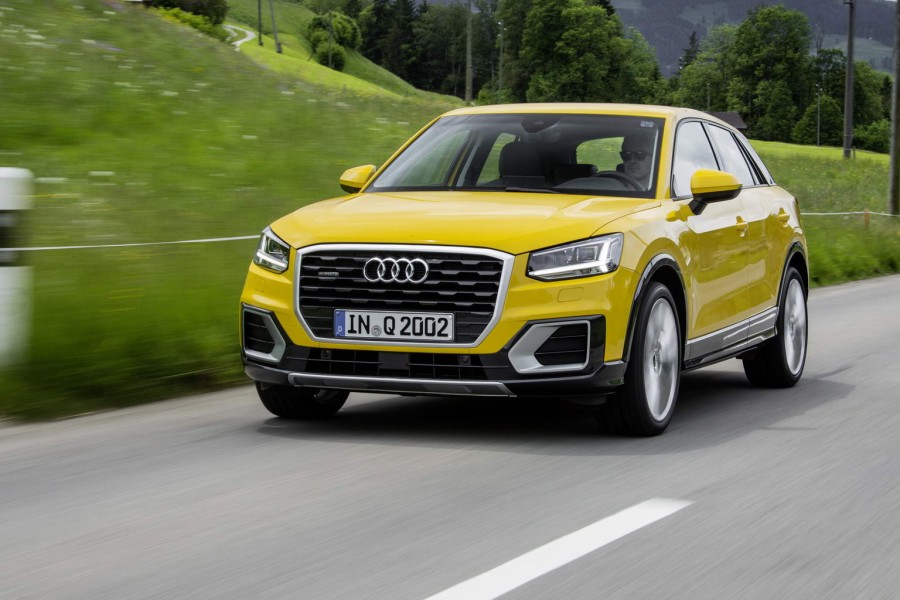 Audi Q2 1.6 TDI review
Audi Q2 TDI vs. Volkswagen T-Roc 2.0 TDI 4Motion: essentially the same car, but more expensive. How much is an Audi badge worth to you? 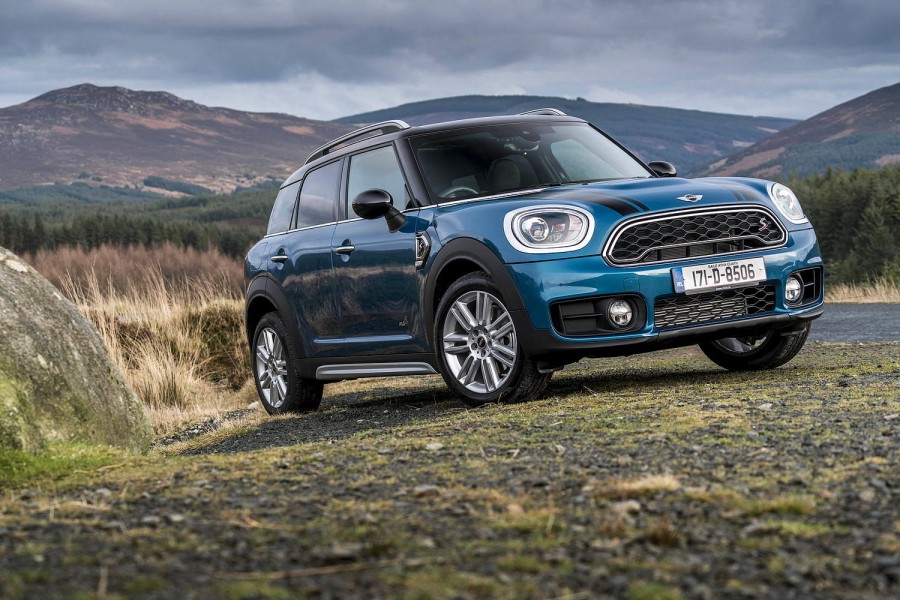