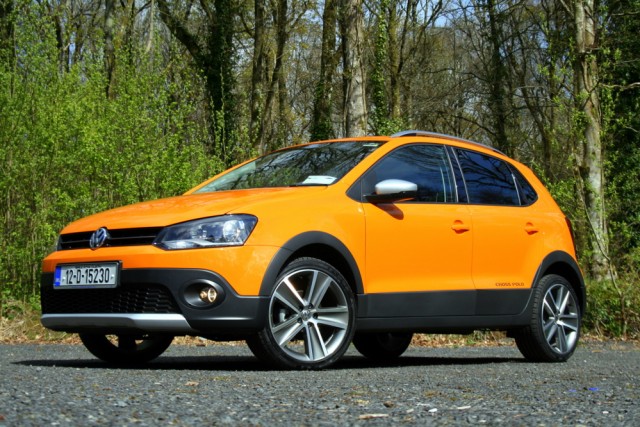 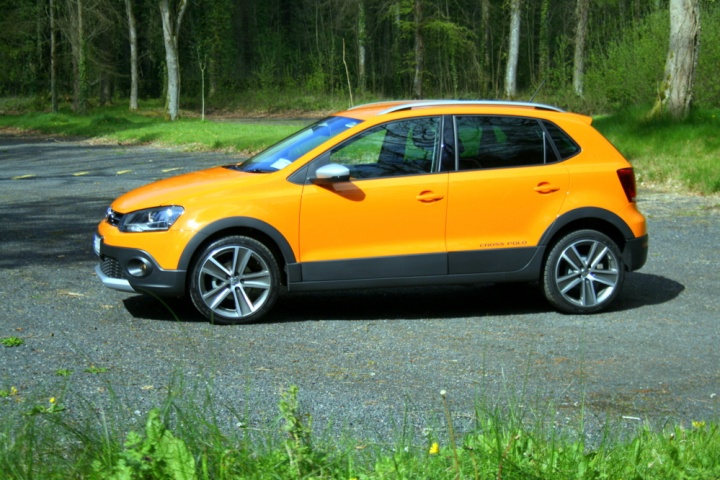 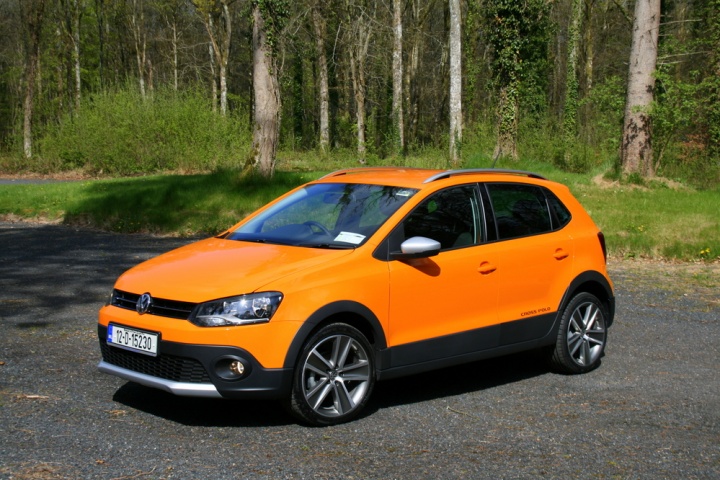 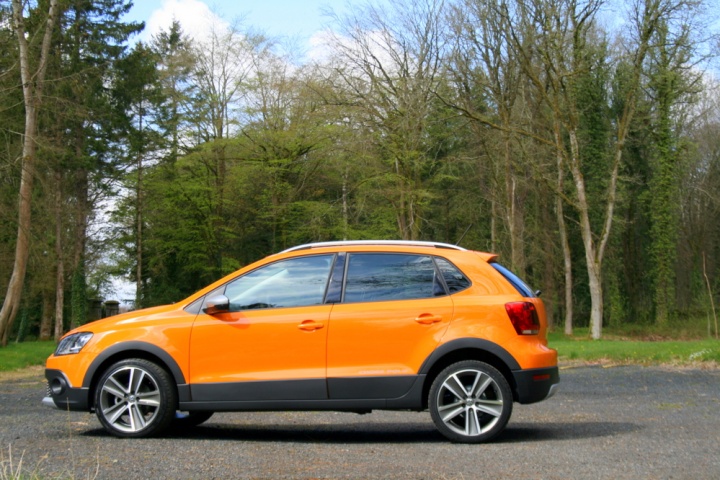 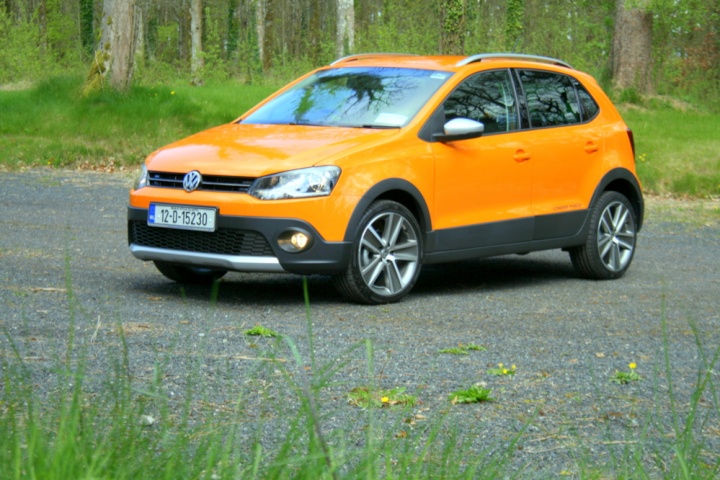 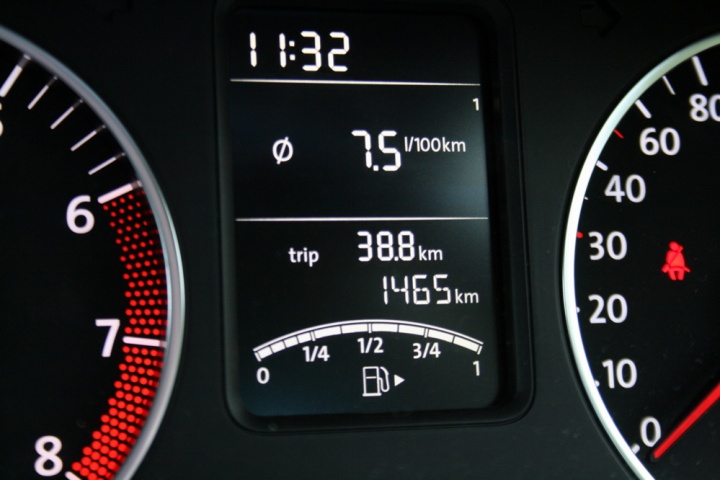 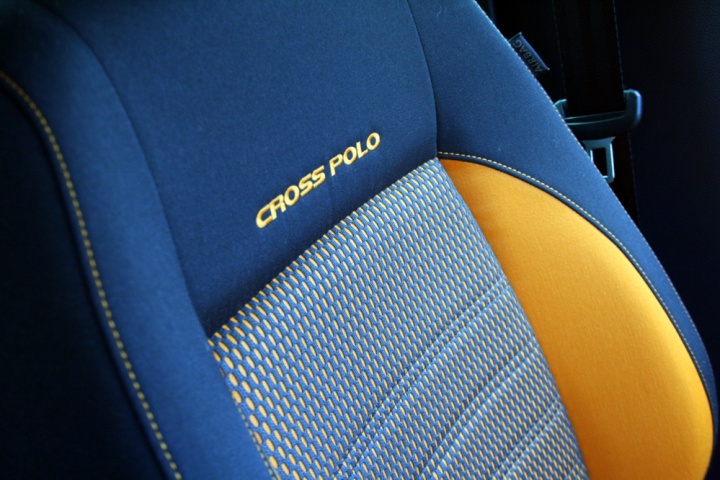 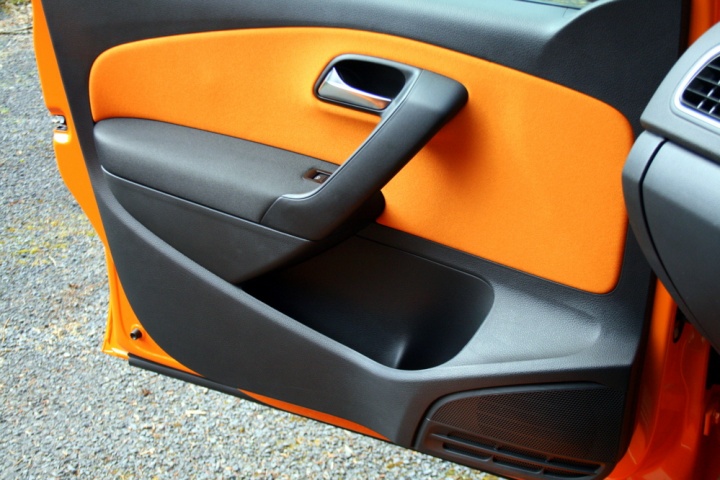 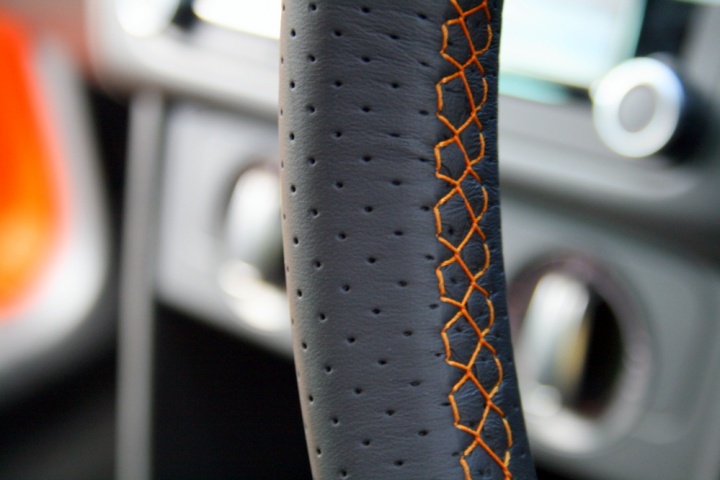 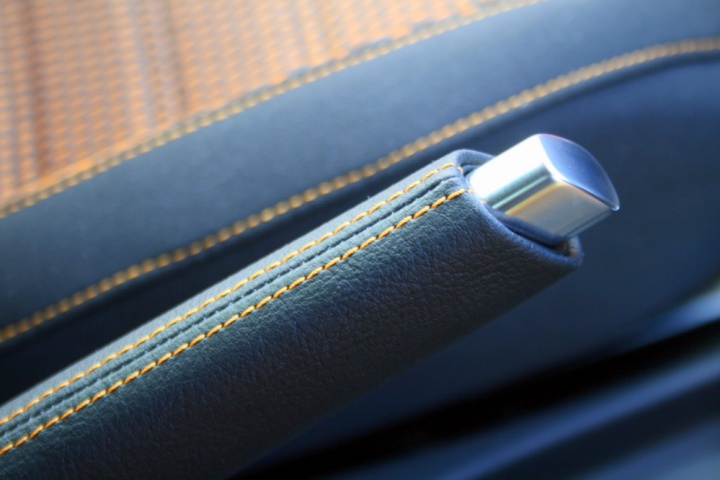 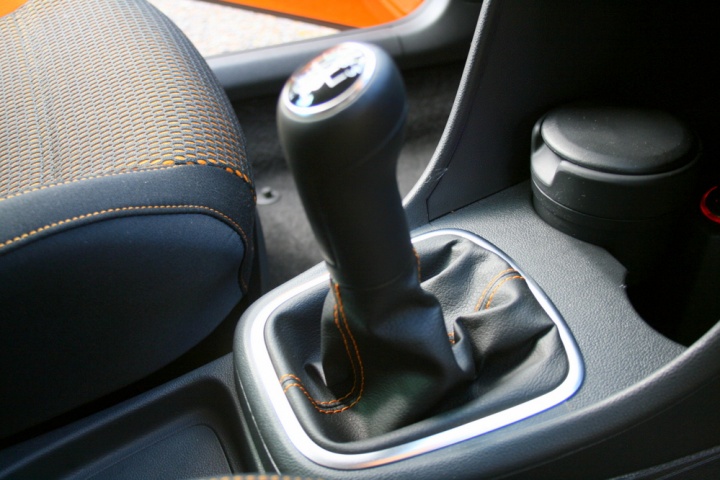 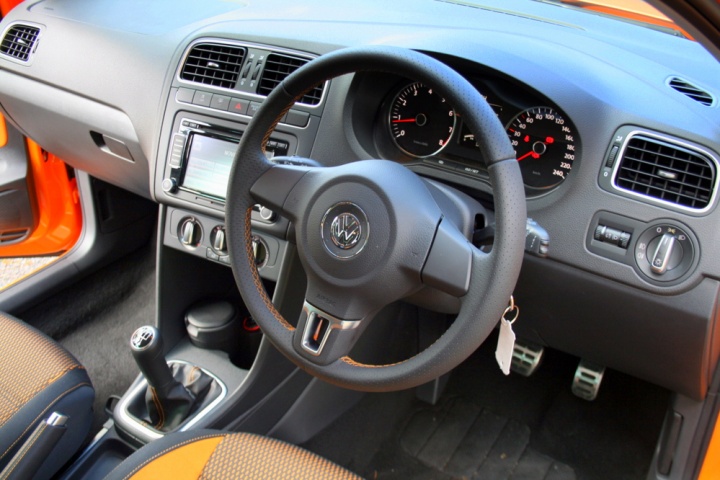 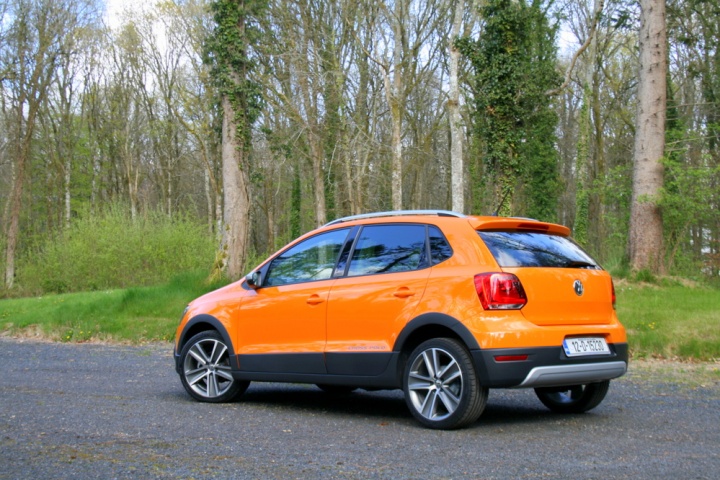 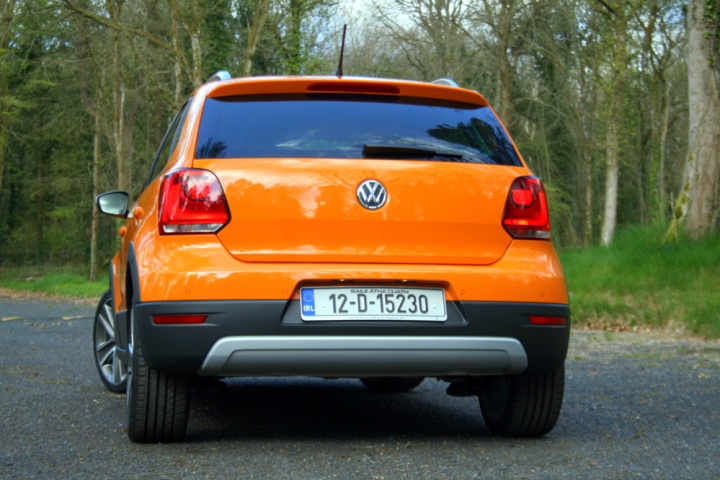 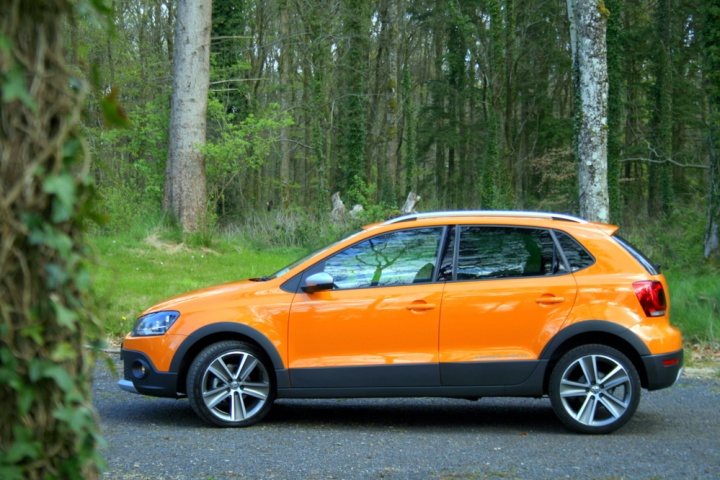 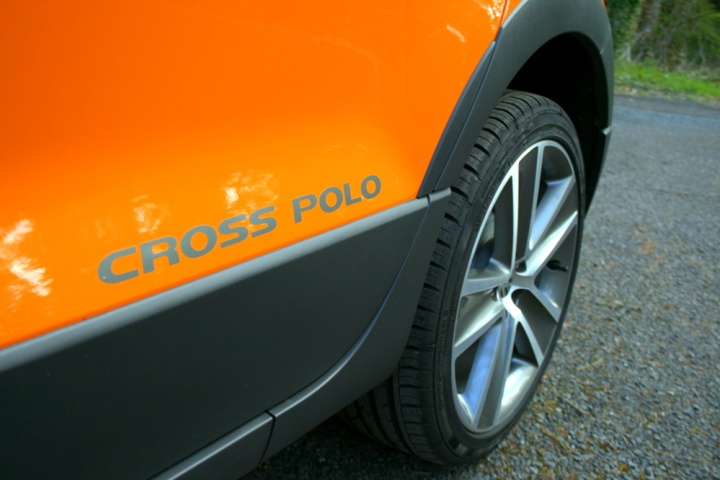 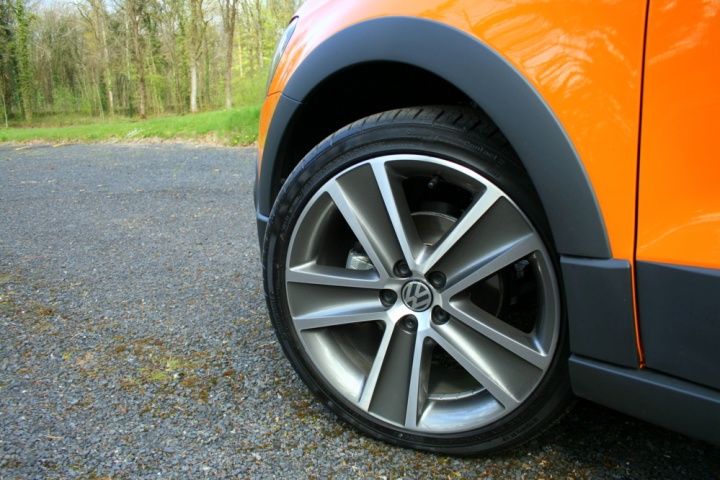 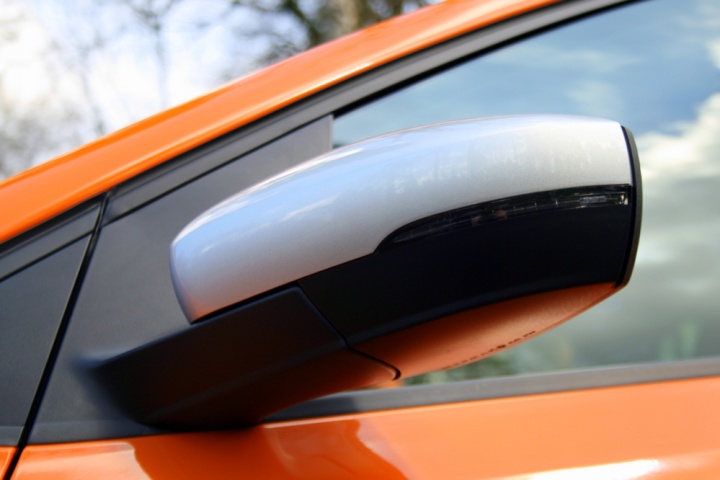 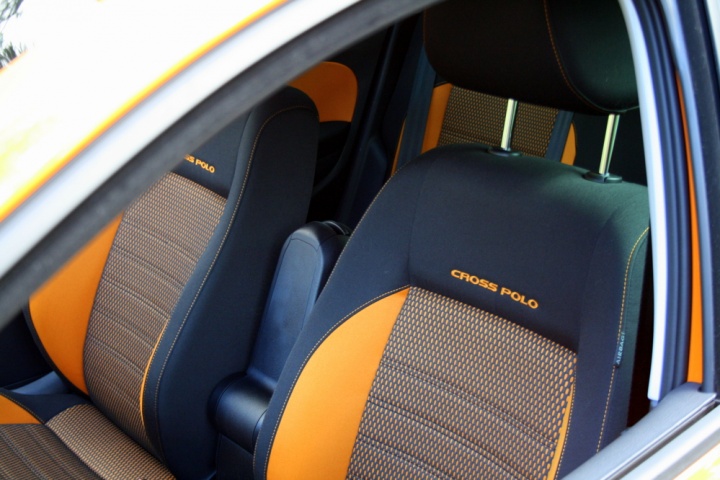 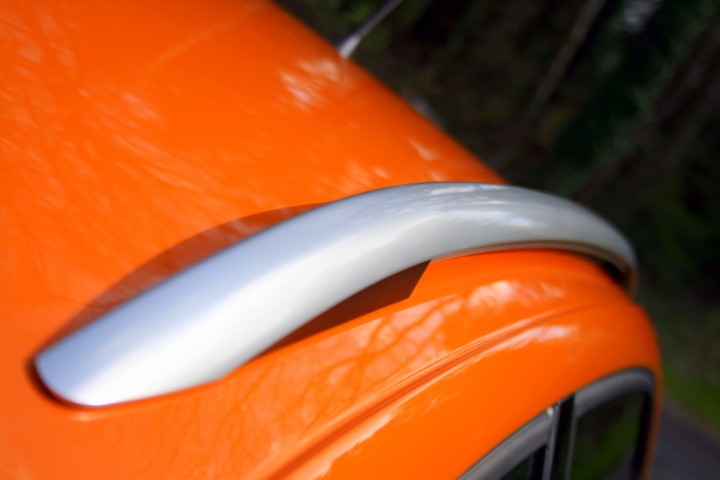 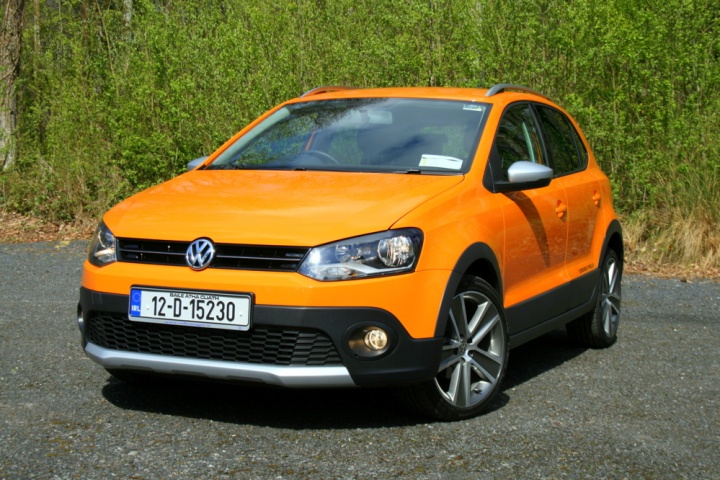 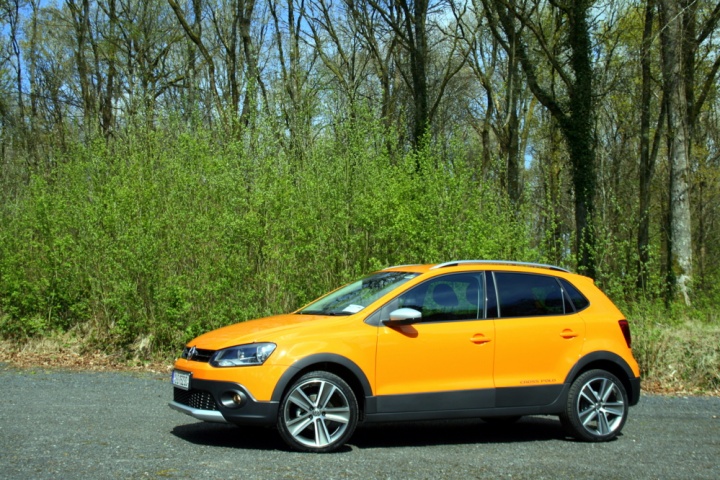 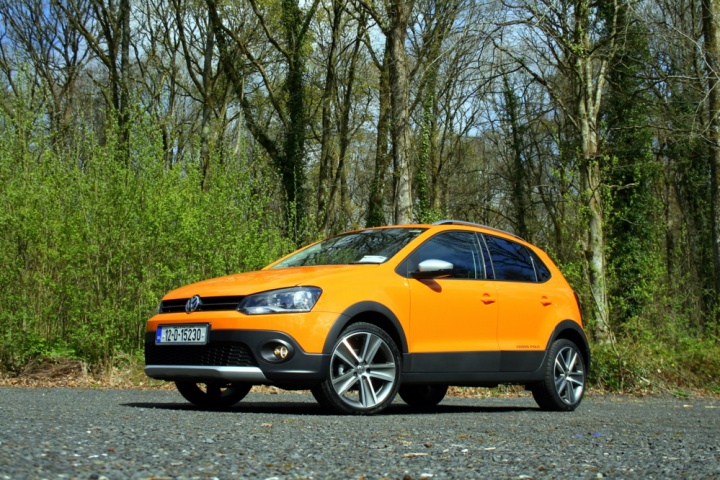 An angry mint or a more unique Polo? We drive the new Volkswagen Cross Polo.

Don't be fooled by the elevated stance of the new Volkswagen Cross Polo; this is not a new Polo-based SUV with four-wheel drive. Though it does have more ground clearance than the regular hatchback, think of it as more of a different trim level - one that looks more substantial than the standard car. We test the choice of the line-up - the petrol model.

We can't ignore the bright orange paintwork. It divided opinion pretty equally. Called Magma Orange, it's unique to the Cross Polo, as is a rather more conservative Terra Beige metallic. We like how the orange contrasts with the new plastic cladding on the sides, which integrates with extended wheelarches and a bespoke front bumper. Silver roof rails and mirror casings set it apart from other Polos too, as do the standard 17-inch, five-spoke wheels - reason enough to go for this model some might say.

The colour theme is carried through to the cabin, though buyers can choose between Magma Orange (as pictured), Latte Macchiato or grey seat accents, a colour that is used in the stitching on the leather steering wheel, handbrake and gear gaiter. Black Alcantara is available as an option. The car's name is emblazoned across the sports seats too, making the cockpit feel more special. Otherwise, the Cross Polo's interior is as spacious and well put together as any Polo's.

While acknowledging that the Irish market is incredibly price sensitive, it's such a shame that the Cross Polo isn't offered with the 1.2-litre TSI petrol engine available in Continental Europe - it'd be a great option. Instead there's a choice of two 1.2-litre units - one diesel and one petrol. The latter is the venerable 70hp three-cylinder unit, as tested, and while it is eager to rev, it's beginning to show its age - certainly in terms of refinement. The new Volkswagen up! has more power for less capacity - and it's much quieter.

A five-speed manual gearbox is standard regardless of which engine you go for. It's perfectly smooth and easy to use.

Some buyers may wonder if the extra height of the Cross Polo will alter its on-road behaviour, but the changes are minimal enough. Overall it's only 26mm higher, with just 15mm of that in the ride height. Hence it drives just like any other Polo, which means it's competent in the bends and agile around town, yet it rides like a bigger car, with decent comfort on the motorway and great bump absorption. The only negative comes from the extra road noise generated by the wider tyres. It's something you'll not notice away from the motorway.

At a starting price of €18,130 on-the-road, the Cross Polo is not a cheap car, but it does feel significantly different to the regular Polo hatchback. A basic Golf can be had for the same money, but the Cross Polo is far more interesting to look at. The petrol version is the best option unless you really do rack up high mileage, as, though the 1.2-litre TDI engine is more economical - and sits in Band A for tax - it is quite raucous.