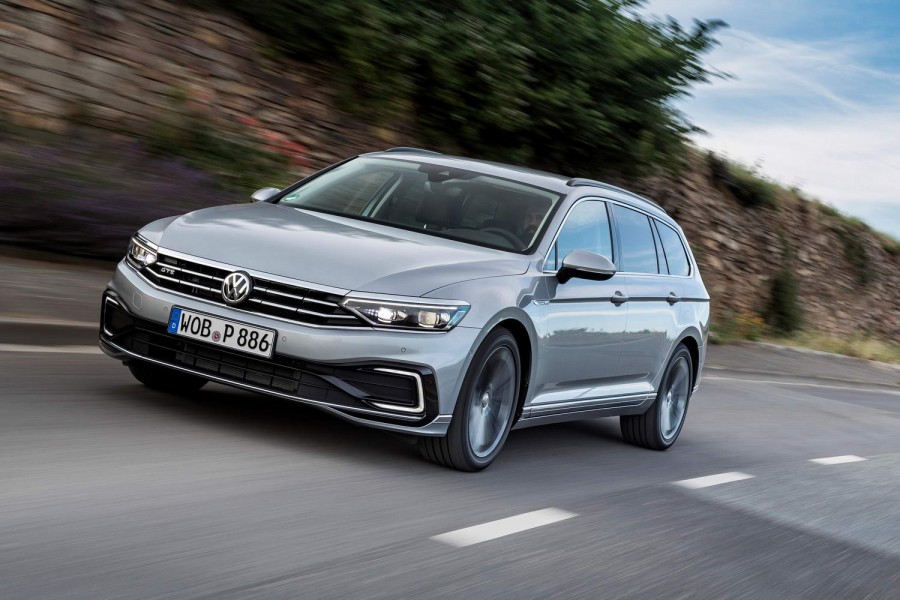 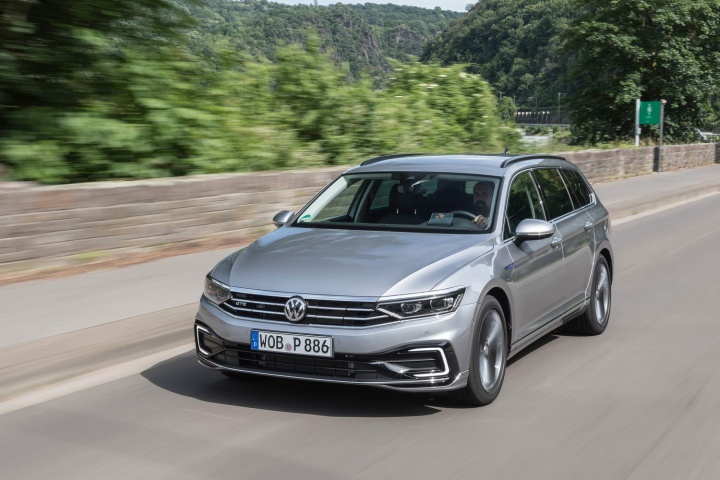 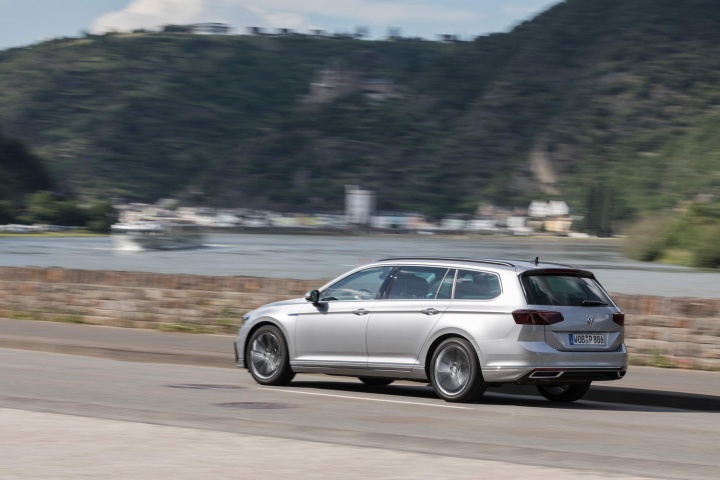 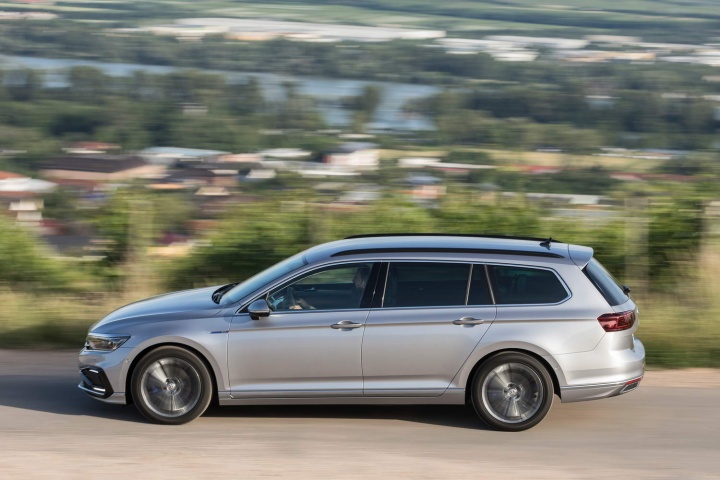 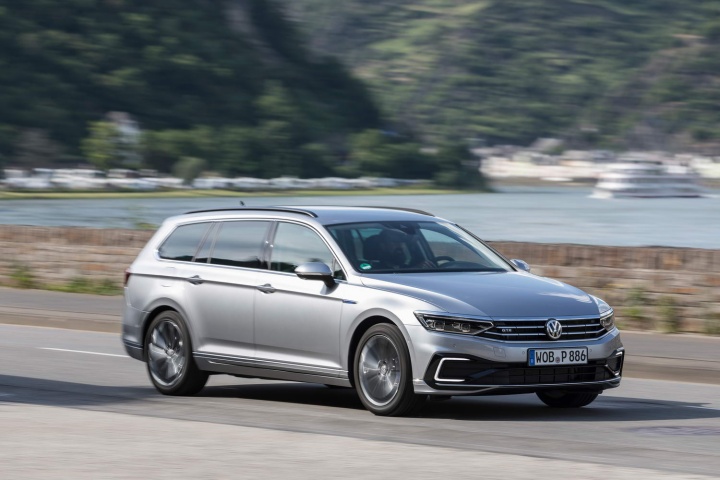 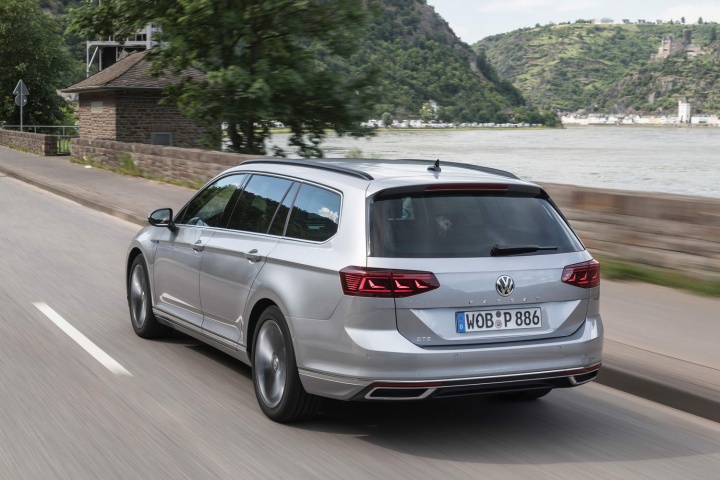 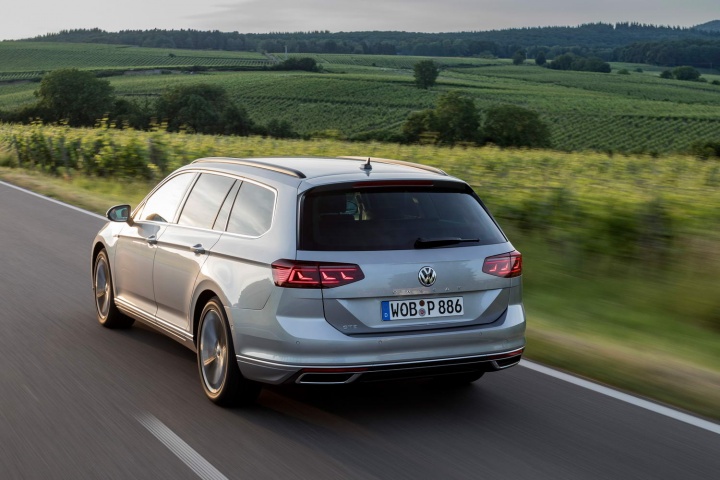 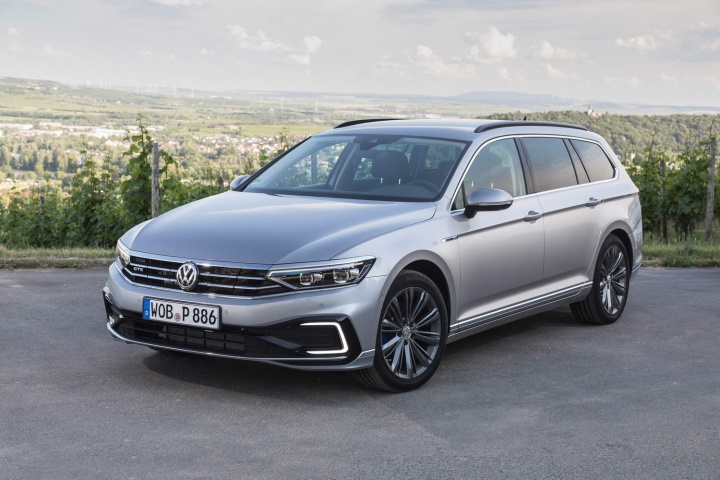 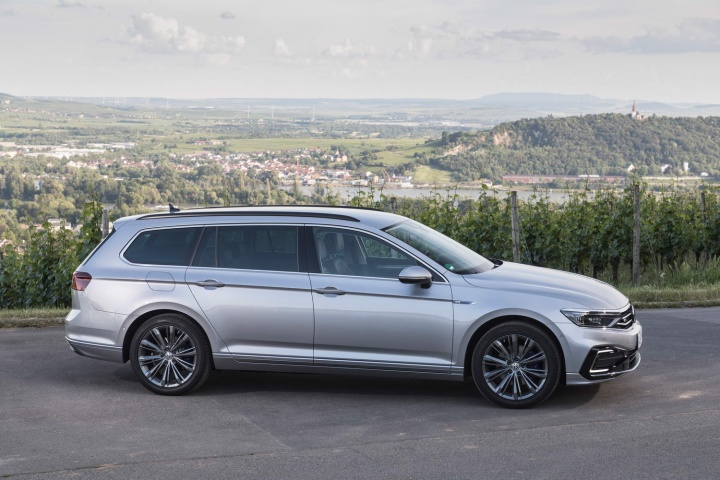 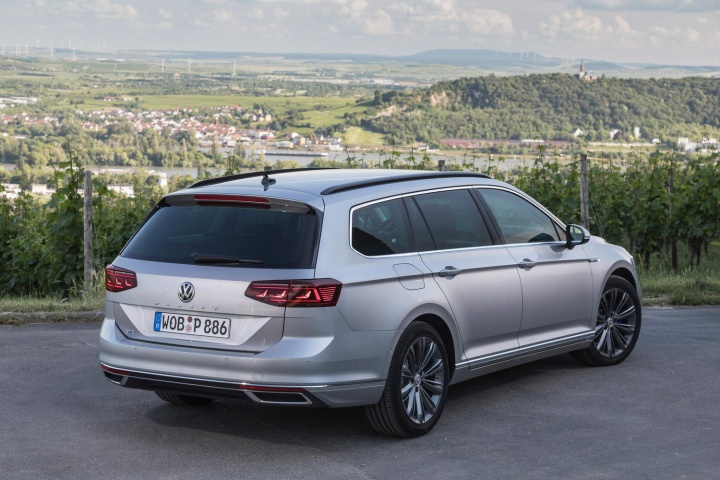 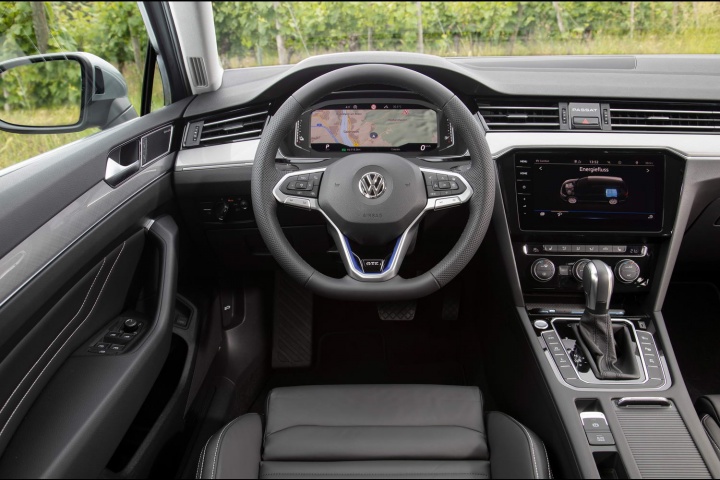 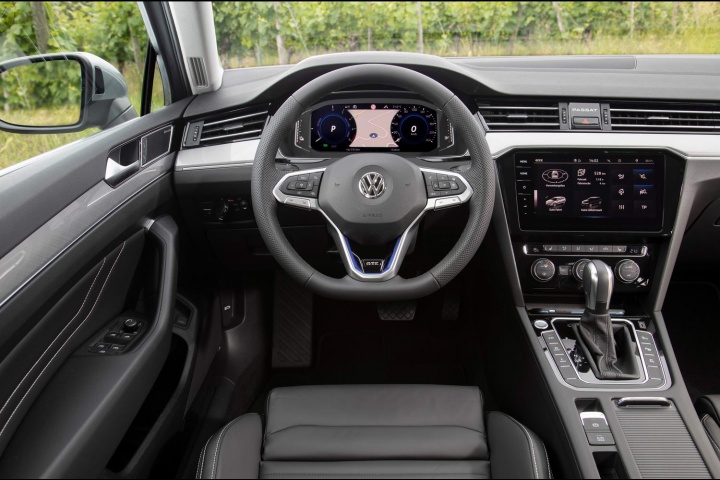 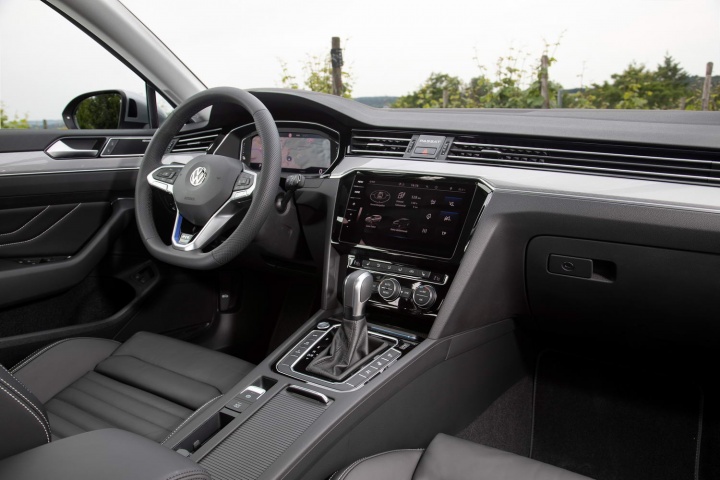 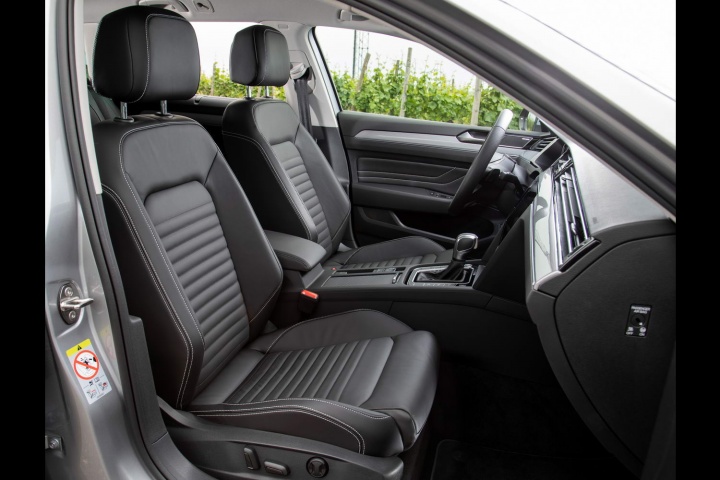 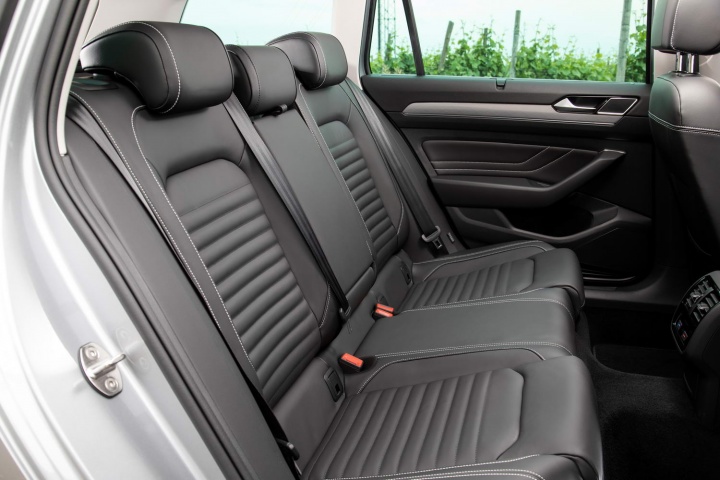 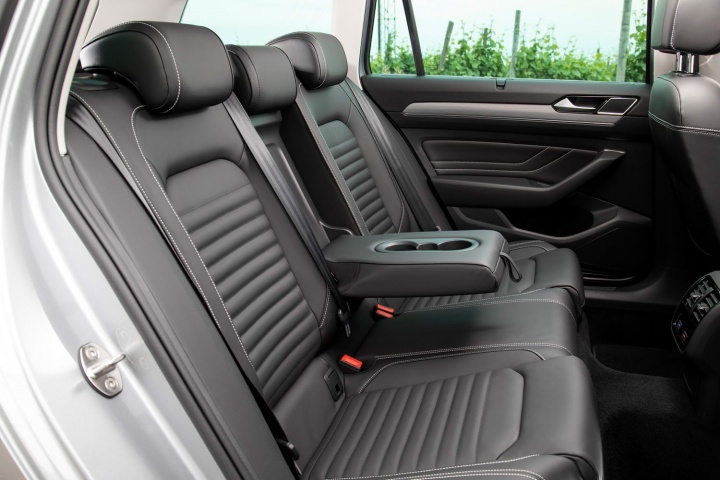 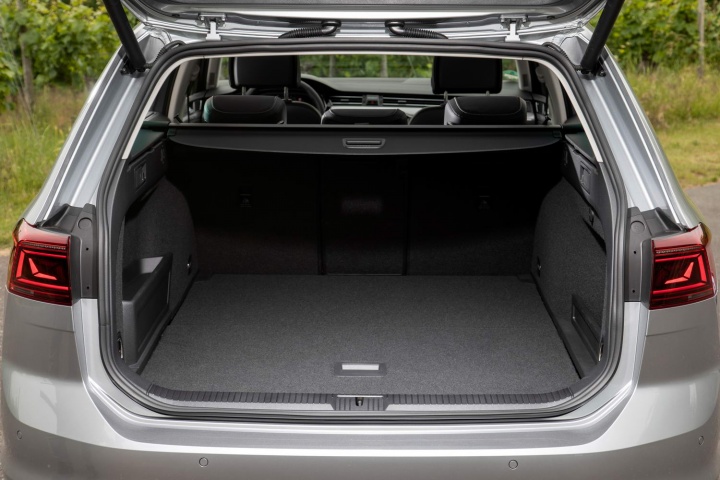 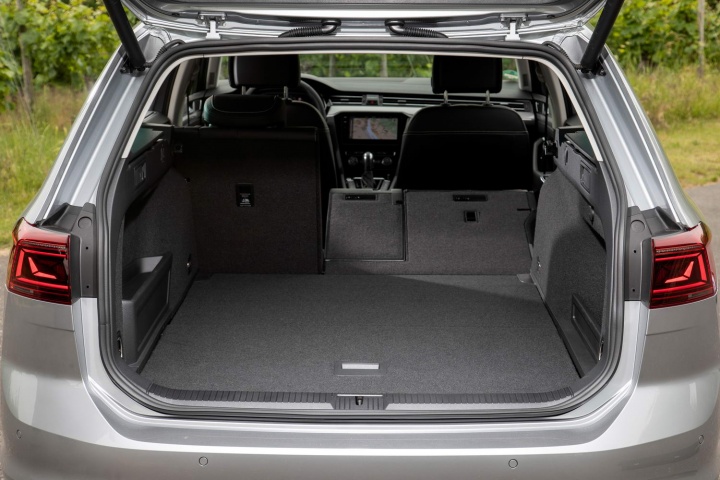 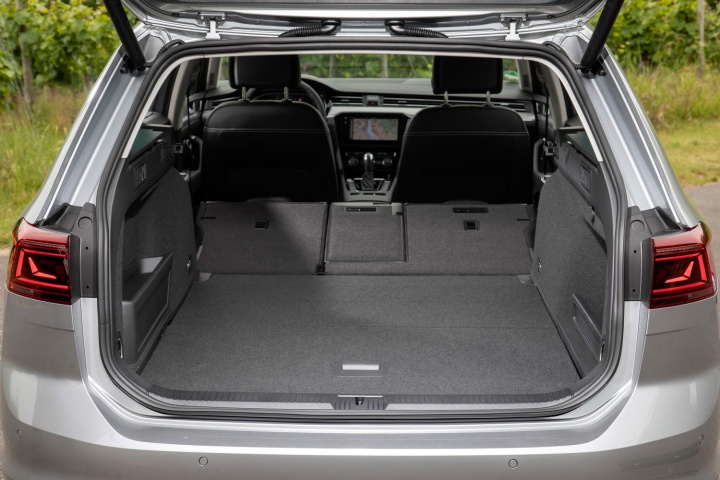 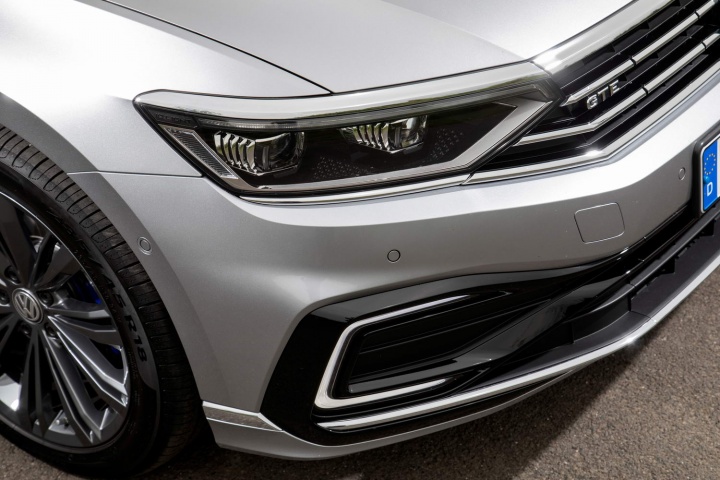 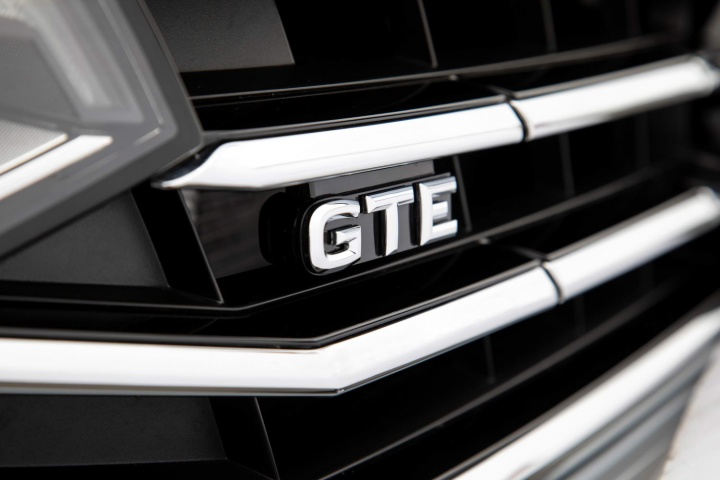 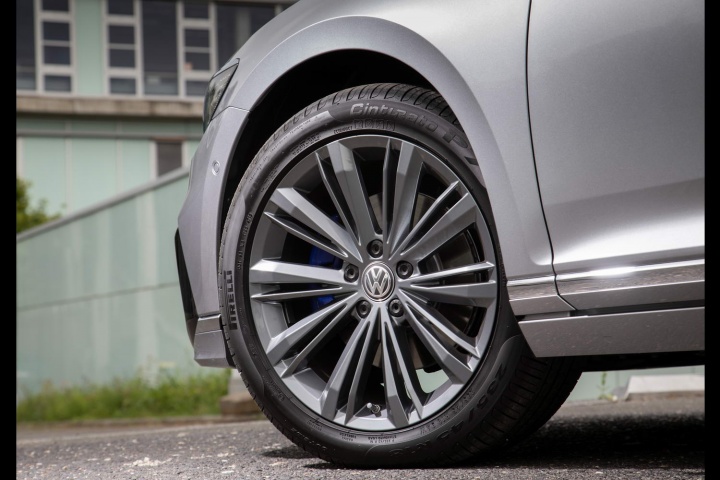 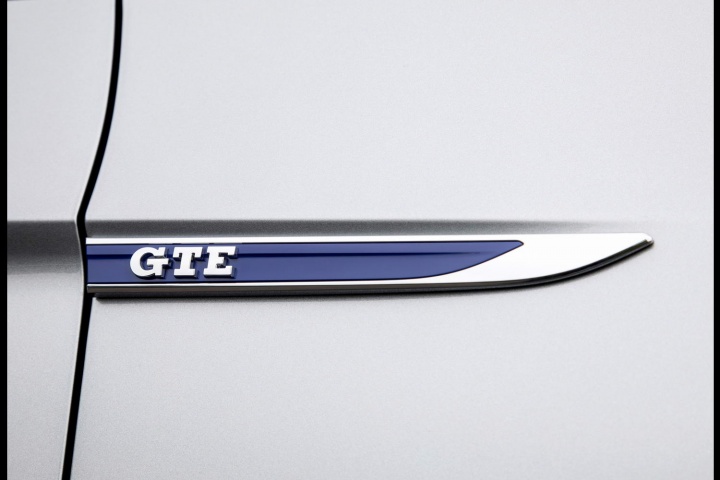 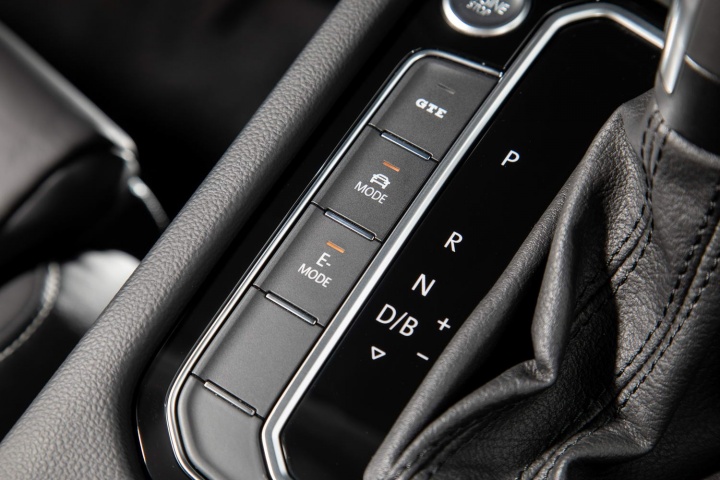 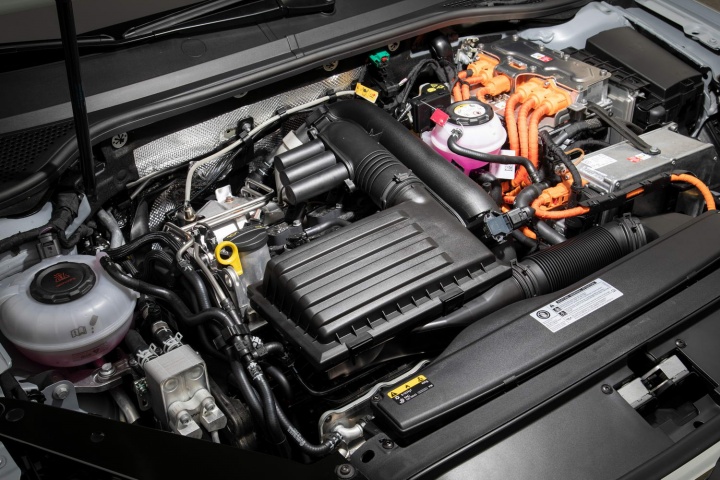 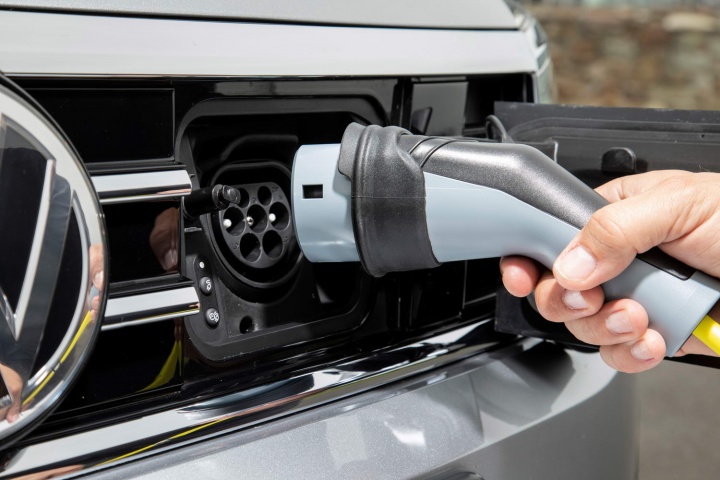 The Volkswagen Passat GTE gets tech updates and an improved electric range.

The first-generation Volkswagen Passat GTE didn't attract as many buyers as the company might have expected. Its battery-only range didn't live up to expectations and it was, arguably, just that bit ahead of the curve to garner mainstream attention.

But now plug-in hybrids are more to the forefront of the automotive conversation, and a refreshed Passat GTE now offers more in-car tech and connectivity, but, crucially, appears to perform better where it counts most - delivering a longer electric range, along with improved fuel economy and emissions.

The exterior changes to the Volkswagen Passat as part of this mid-cycle update are subtle. The most obvious difference is the addition of new LED headlights as standard fit, with LED units also appearing at the rear of the car. As with the first Passat GTE, this model gets some unique styling, namely angular C-shaped LED daytime running lights in the lower corners of the front bumper. That part of the car is also reshaped, giving it a more flowing design.

Volkswagen retains the battery charge port location discreetly hidden at the side of the front grille. The blue colour accents that ran through the headlights and grille are now gone, though, adding to a more standardised appearance, save for a small blue GTE badge on the side of the front wing. But behind the alloy wheels, the brake calipers are still painted blue. It's a similar story at the rear of the car. Along with the new LED rear lights, the Passat name is spelt out across the tailgate. Meanwhile, the lower section of the rear bumper keeps up the somewhat pointless trend of having fake exhaust pipes designed into them.

As for the interior, Volkswagen keeps the functional design, with minor layout changes, mostly to accommodate the new tech. That includes a new 11.7-inch Digital Cockpit, which replaces the Active info Display. Though it seems similar, the physical unit differs, with separate fuel and coolant temperatures at the side now, while the display features higher pixel density and better colour performance.

The new 9.2-inch MIB3 infotainment system is the company's next-generation infotainment system that boosts functionality and offers users a better experience through higher levels of connectivity thanks to a built-in sim card. Smartphone mirroring through Apple CarPlay is now done wirelessly, but Android Auto users still have to plug their phones in. There's a wireless charging pad for Qi-enabled devices, while USB-C ports also make an appearance. Doing a disappearing act is the analogue clock that once graced the top of the dashboard. In its place is a less appealing looking Passat badge that is backlit at night, below which is the hazard light switch. Changes to vehicle design legislation are the cause for this move, says Volkswagen.

The cabin remains well laid-out, and the new steering wheel feels good in your hands. Its new multifunction controls are easy and intuitive to use too. Volkswagen says that up to 80 per cent of Passat buyers are business users, meaning that many spend extended periods driving. So plenty of attention has been paid to trying to maximise seat comfort in the front. Saying that, the rear is far from a bad place to spend time. Plenty of legroom thanks to the Passat's length helps, and while the new hybrid battery offers higher capacity, it doesn't take up any additional space than before.

The most significant new feature of the Volkswagen Passat GTE is the improvement to both the battery and efficiency of the car's hybrid system. Although the physical size of the battery hasn't changed, it has new cells that bring overall capacity up to 13kWh. Under the more realistic WLTP conditions, that can deliver a battery-only driving range of up to 55 kilometres (56 kilometres in the Passat GTE saloon), which could be enough of a range to make daily commuting under electric power a more realistic option for more buyers. The GTE can also drive electrically at up to 140km/h, though doing so will have a noticeable impact on range.

There is still a 1.4-litre TSI petrol engine that remains on hand to take up the slack when the battery runs out of charge, or when you need or want a boost in performance. Selecting the GTE mode runs the combustion engine and electric motor simultaneously to deliver the maximum performance.

However, for best use over longer journeys, the hybrid mode works to wring the most economy from both motors. It uses a combination of sensors and mapping data in its continuous monitoring of the car's performance to determine how best to deploy its power. Drivers can choose to save a set battery level, ahead of entering a possible low or zero-emission zone. Doing so is easy and can be easily changed or set on the move. When feasible, the combustion engine will divert some power in helping replenish the battery's charge, but on the move, the car mostly does this through regenerative braking and energy recuperation. While it is possible to use the combustion engine to recharge the battery, doing so exclusively somewhat defeats the purpose of the system and will result in much higher fuel consumption rates.

Volkswagen is making more driver assistance features available with this latest Passat. Every version will now feature a capacitive steering wheel that can detect touch by the driver. A new Travel Assist system pools together several driver assistance technologies to deliver partially assisted driving in certain situations and at speeds of up to 210km/h. This technology is not a kind of self-driving system; instead, it combines adaptive cruise control, sensors and camera data to help the driver on a motorway, for example. It is what would be considered Level 2 autonomy and still always requires the driver to pay full attention. The capacitive steering wheel means that a lighter touch is needed than in some systems, but the driver must maintain contact with it.

It's too early for Volkswagen Ireland to confirm exact pricing or specs for the Passat GTE, but we do know that it will come in just one specification, and is likely to feature most of the leading infotainment and driver assistance systems as standard. Volkswagen expects the Passat GTE to have emissions of 34-39g/km, placing it in Band A1 for an annual motor tax of €170 per annum. In some markets, the GTE is expected to account for up to a quarter of all Passat sales.

The full rundown of pricing and specifications - both technical and equipment-wise - are still in the final stage of finalisation with Volkswagen. What we do know so far is that the Passat GTE does, on paper at least, perform better than its predecessor, in particular regarding its battery performance. It is with this in mind and the other technical improvements that we award the overall score. When the car arrives in Ireland, a more thorough test will determine just how good this latest Passat GTE is. For now, it's made a good first impression. 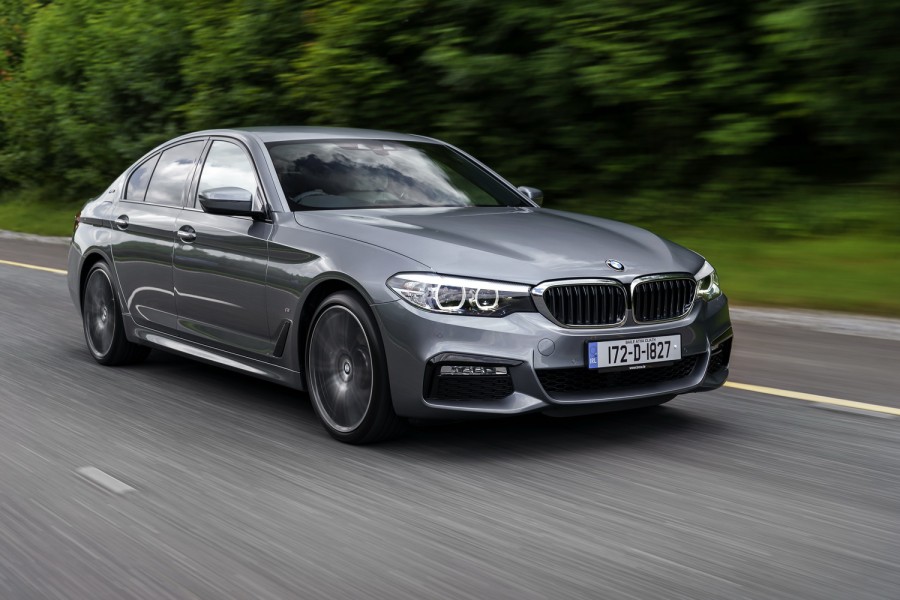 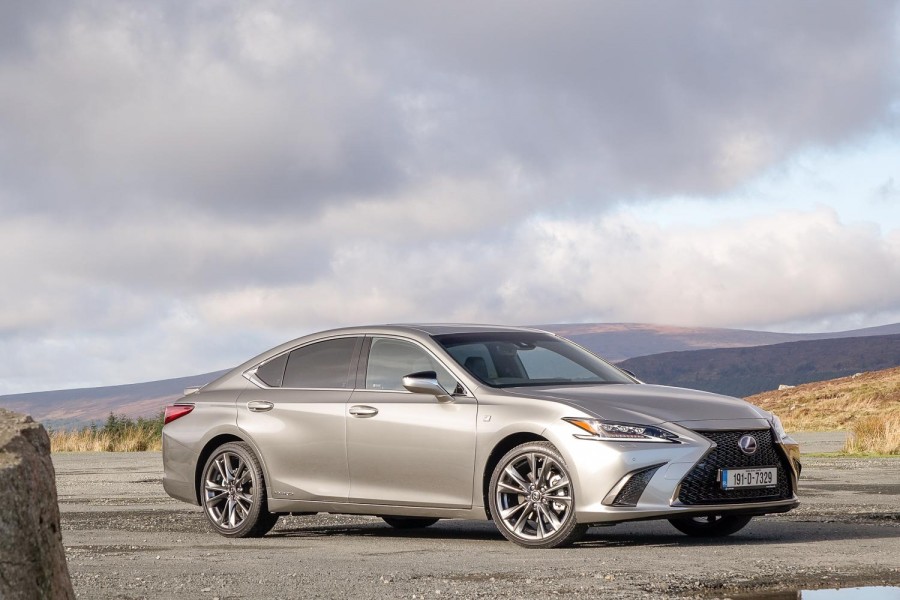 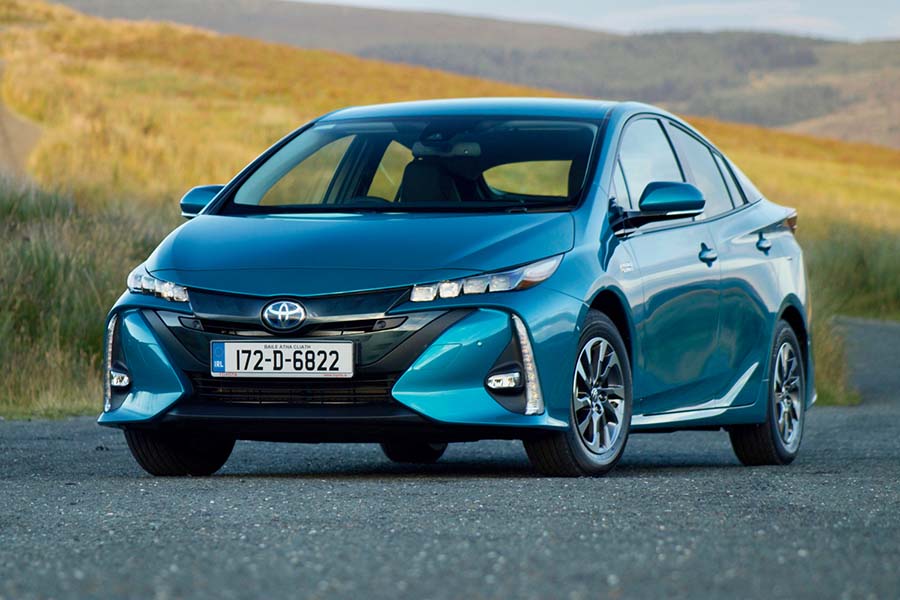