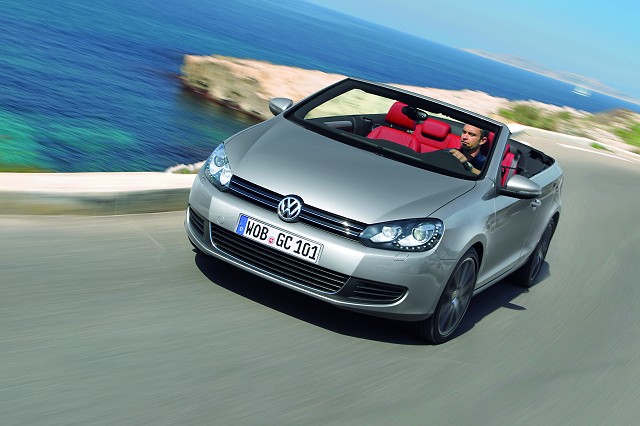 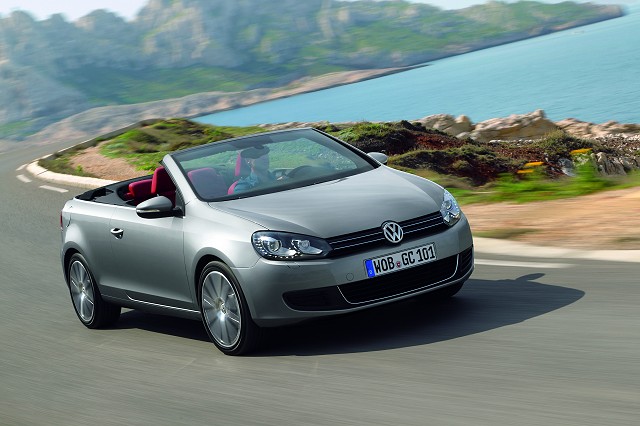 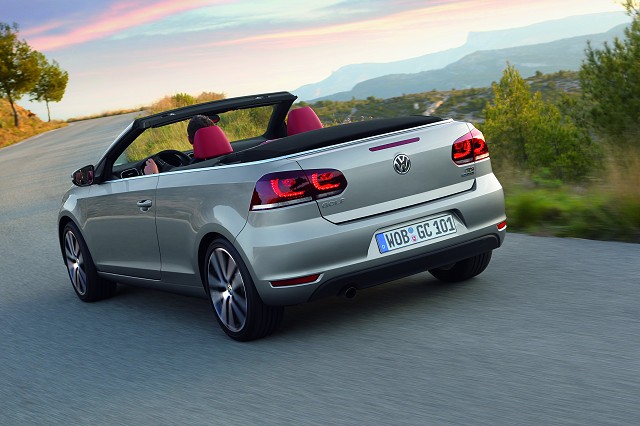 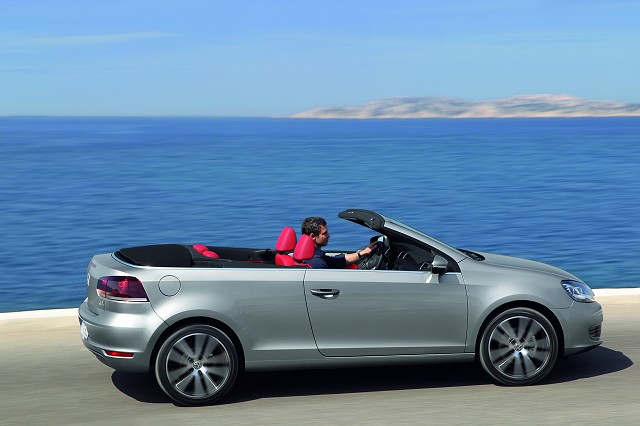 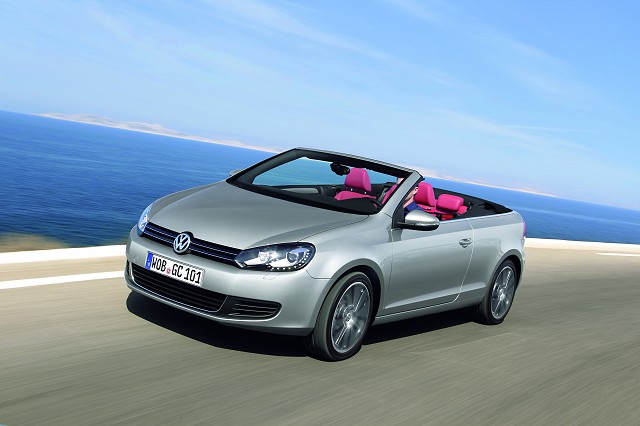 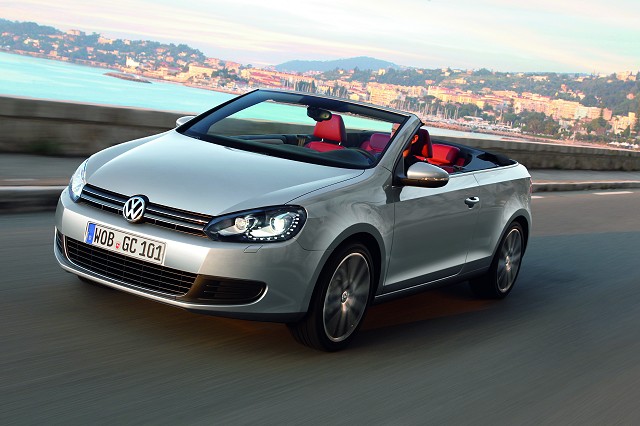 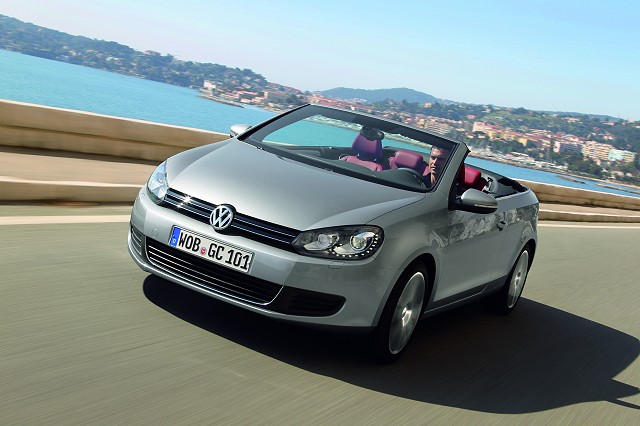 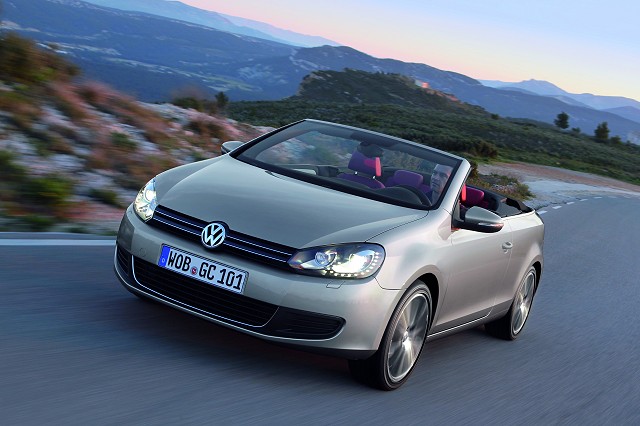 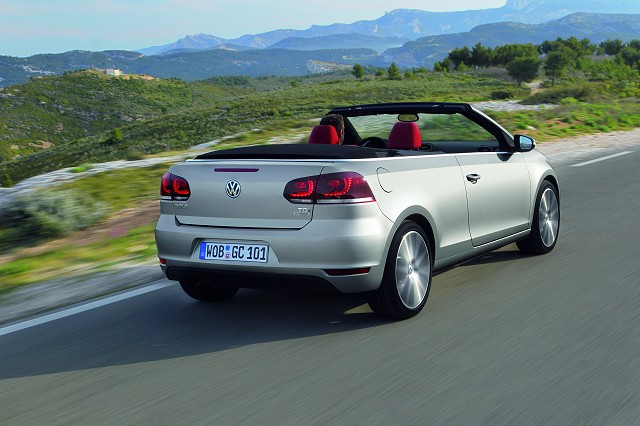 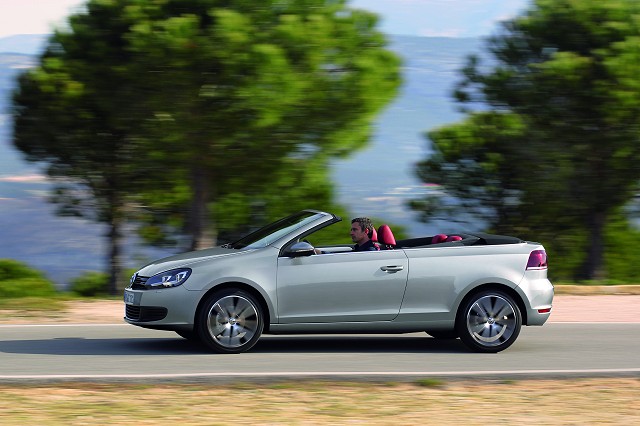 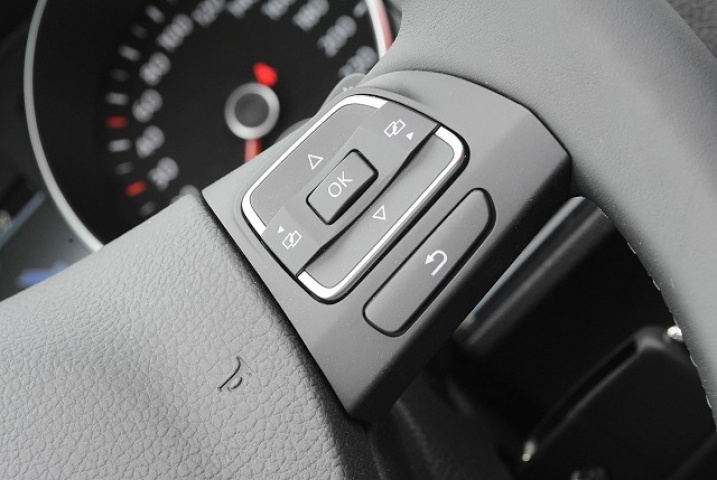 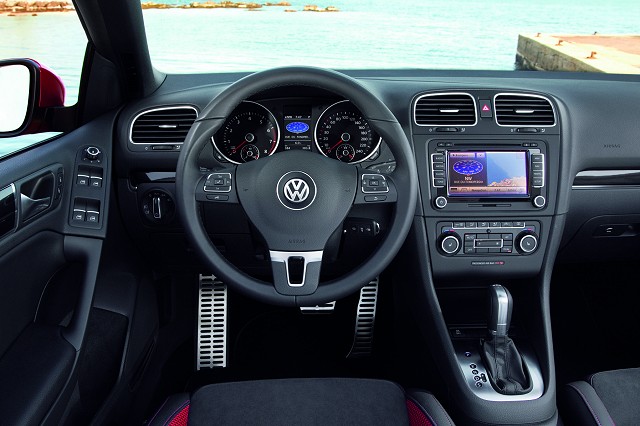 VW has launched its first Golf Cabriolet in years; we drove it.

Despite an illustrious heritage beginning with the MkI in 1979, the Volkswagen Golf Cabriolet has been absent from showrooms since 2002. This year's Geneva Motor Show heralded the arrival of a new Mk6 model, due in Irish showrooms this autumn.

Volkswagen has chosen to stick with a traditional fabric roof rather than a folding hard-top so as not to encroach on the Eos' territory. In white, with a black lid, it works well, but the darker shades are less complimentary. From the front, it's pure Golf hatch and looking at it from the rear you could be forgiven for mistaking it for the Audi A3 Cabriolet on which it's based.

Expect the usual impeccable build and tough, utilitarian cabin familiar from the standard Volkswagen Golf. Space in the back is equally impressive - there's more legroom than you'd expect for a hatch-cum-cabrio and enough headroom with the roof up to accommodate a medium-sized adult. Our only criticism is with the narrow inner sides that limit space for arms and elbows.

Refinement is this car's byword - even with the roof down the Golf Cabriolet's sound insulation is superb by a convertible's standards, leaving little more than a light buffeting around the A-pillars at cruising speeds. Engine noise is well suppressed, but a clatter from the TDI engines becomes apparent when you roll down the window.

We tried the 120hp 1.4 TSI engine (due on sale later than the other models) and the 105hp 1.6 TDI BlueMotion. GTIs they aren't, especially the 1.6 TDI, which requires encouragement if progress is to be made. The 1.4 TSI proved willing and engaging in comparison, with its addictive whistling turbo/supercharger combo and gruff tailpipe soundtrack.

The Golf Cabriolet rides better than it handles. It's not short of grip and it's largely unflustered by rough roads, but the steering is light and lifeless. The upside is that the large choice of engines allows you to tailor the Golf to your tastes - be they performance or economy.

Few details are available as yet for the Irish market, though we do know that the new VW Golf Cabriolet will go on sale in August/September time with a price premium of about €3,500 over the equivalent Golf Highline hatchback. The entry level engine will be a 1.2-litre TSI with 105hp. Expect it to be well equipped too.

Those after a sports convertible should look elsewhere, but a huge choice of engines along with the option of low running costs or potent performance are where the Volkswagen Golf Cabriolet's appeal lies. It's well built, spacious and supremely refined - and the healthy dose of heritage doesn't do it any harm, either.