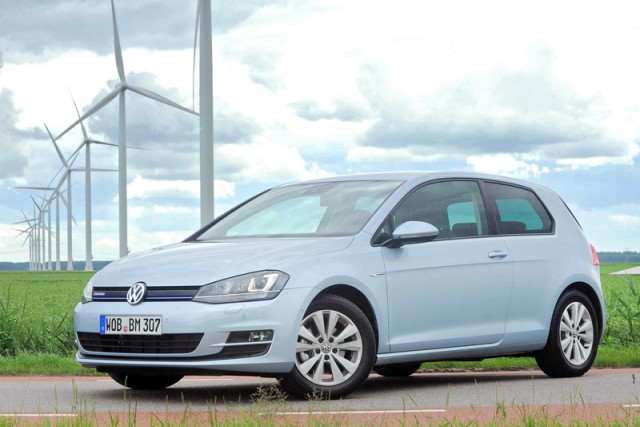 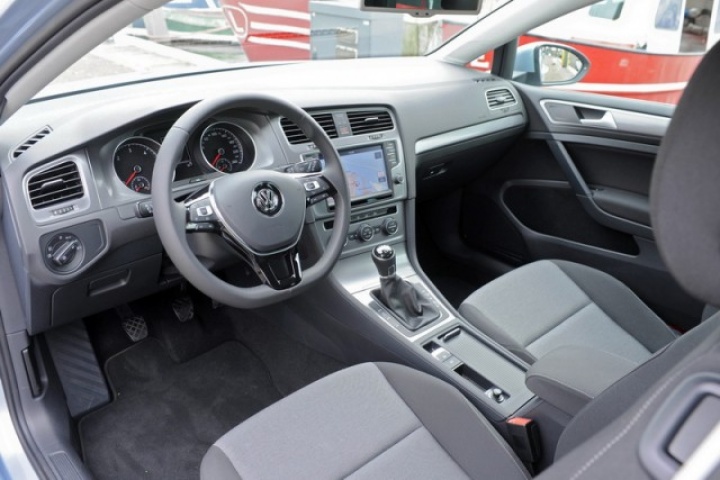 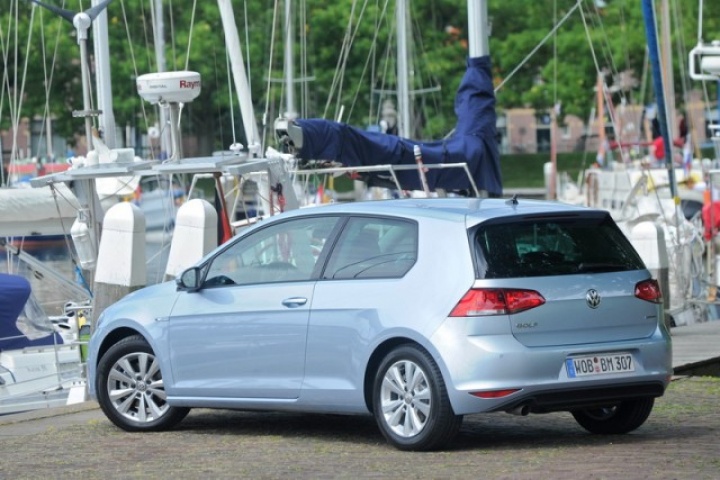 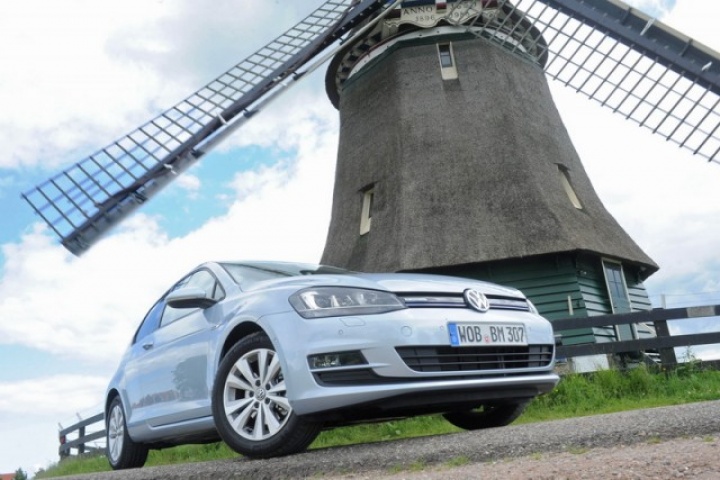 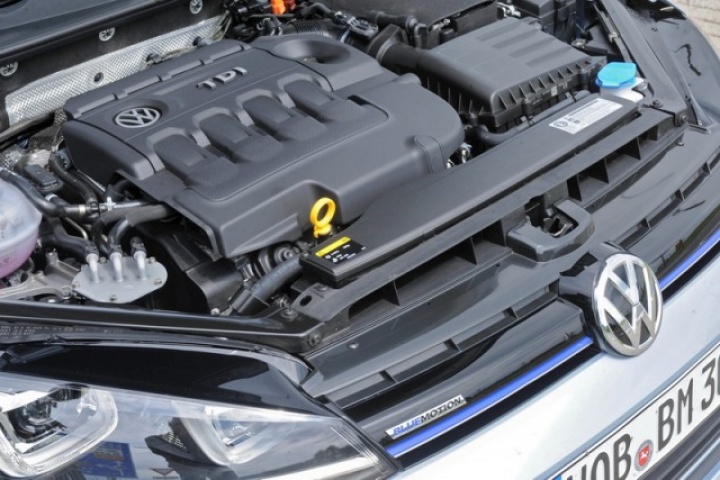 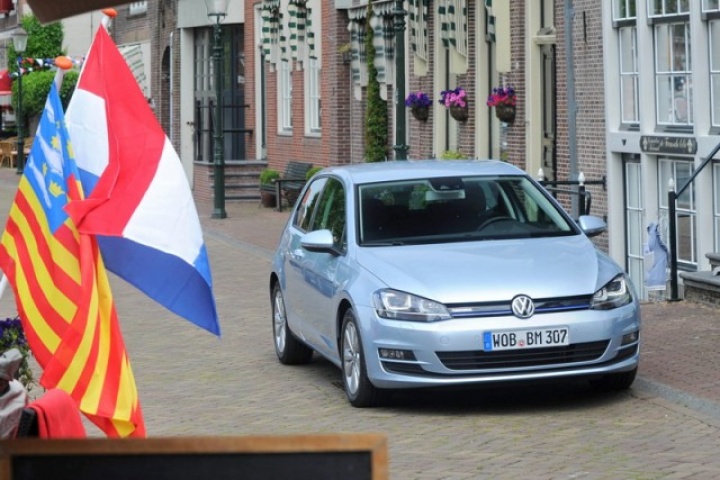 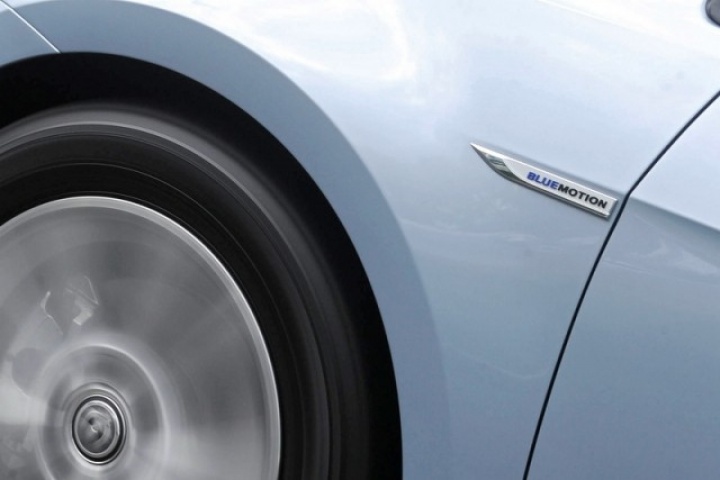 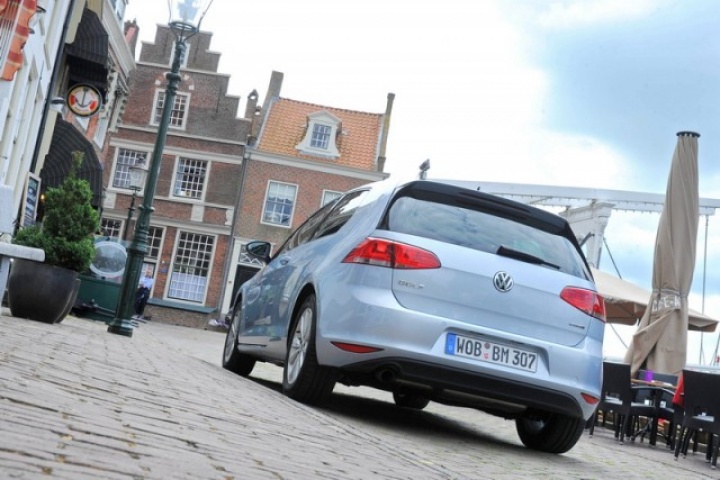 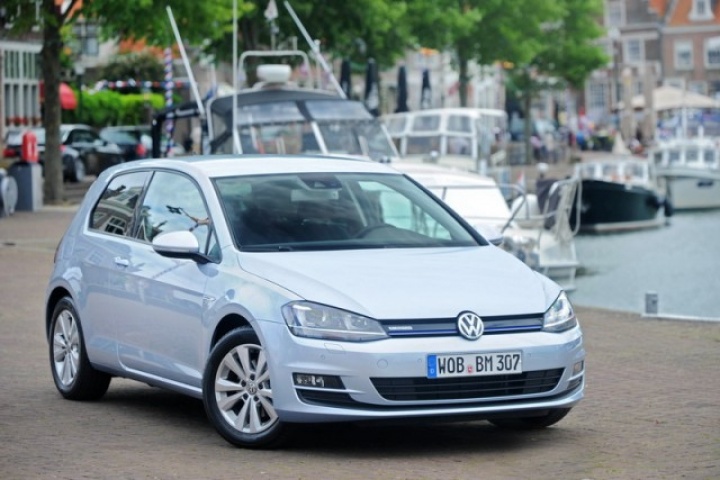 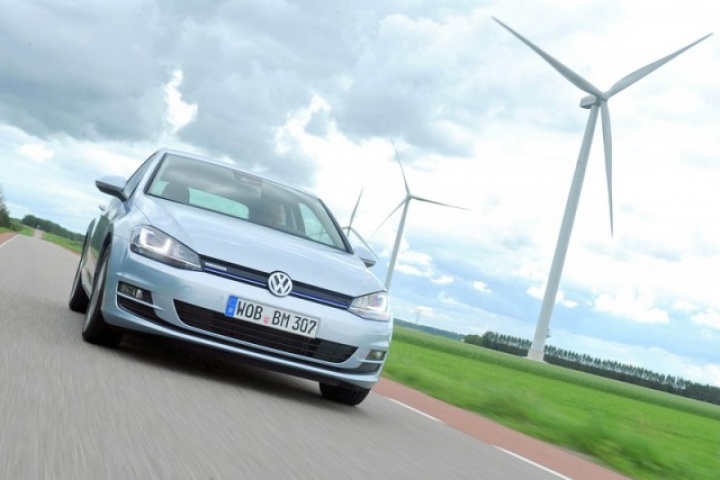 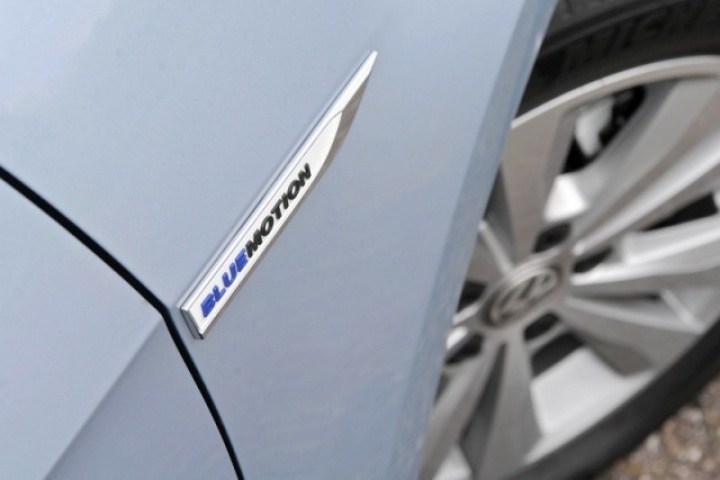 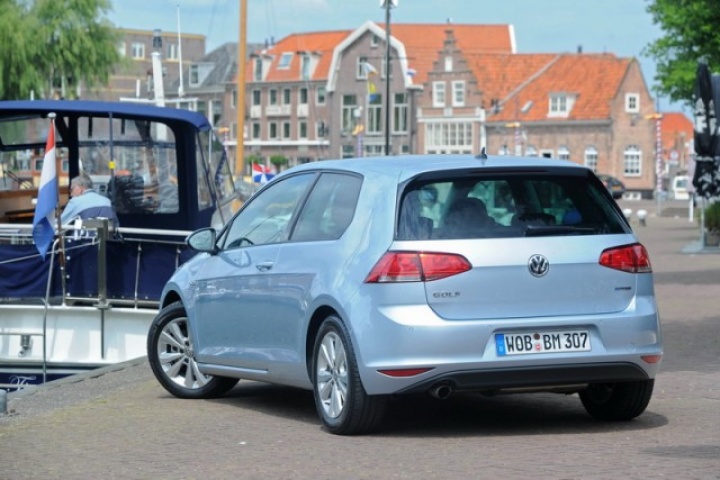 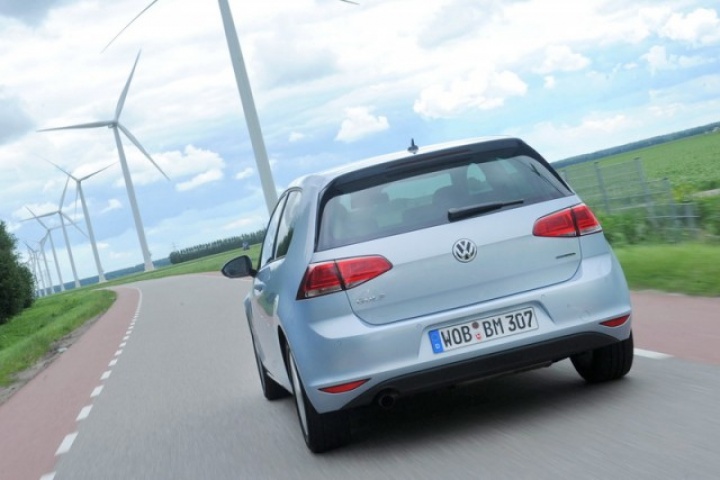 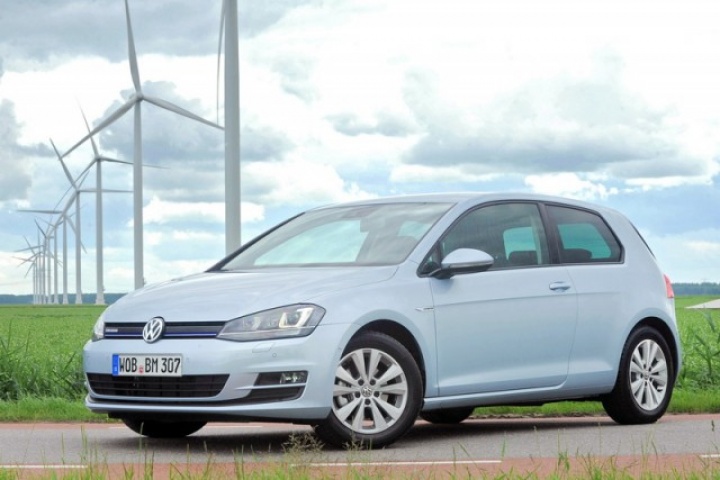 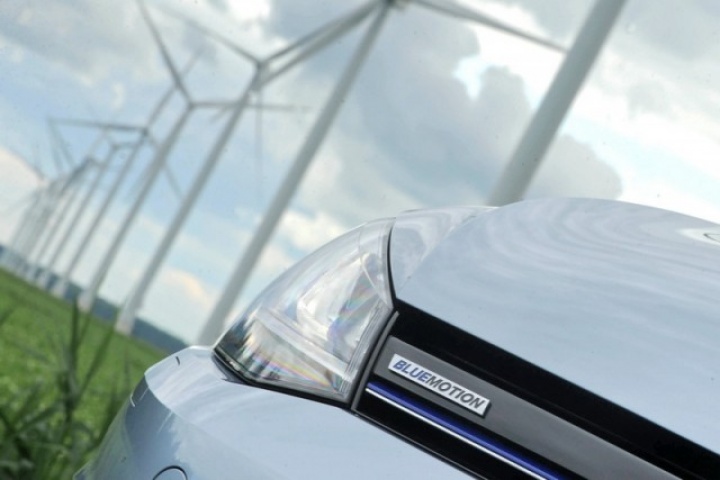 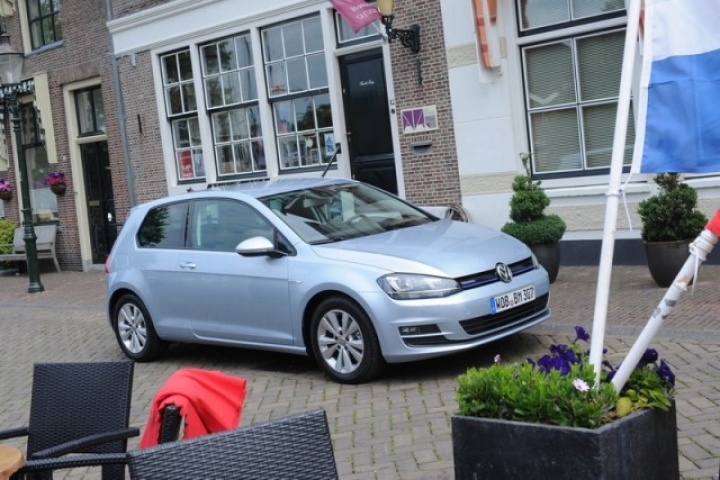 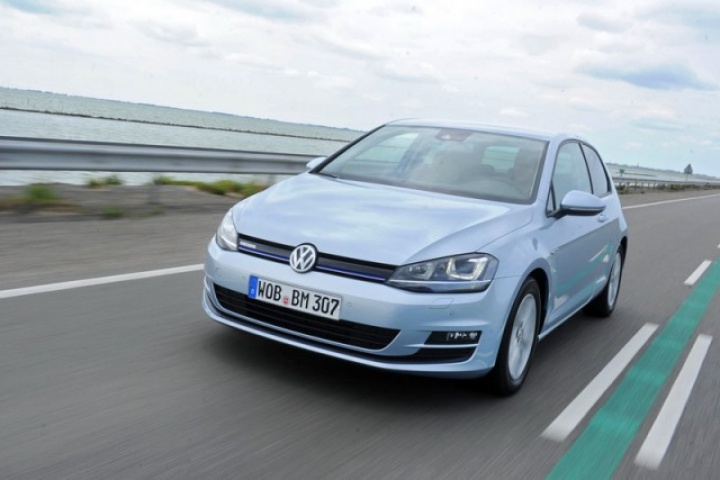 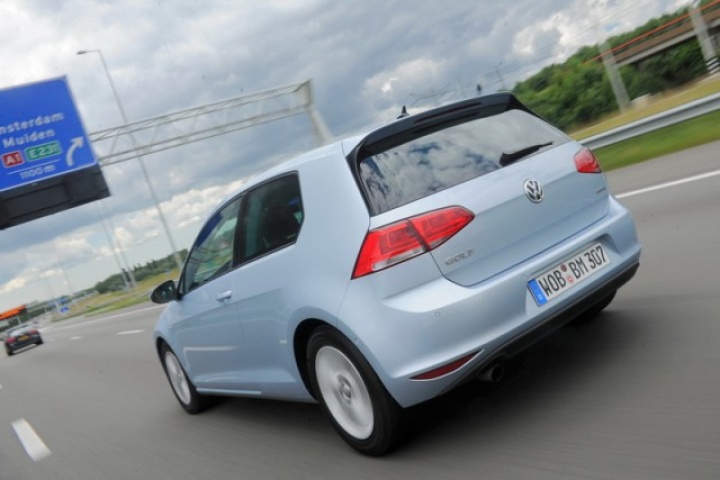 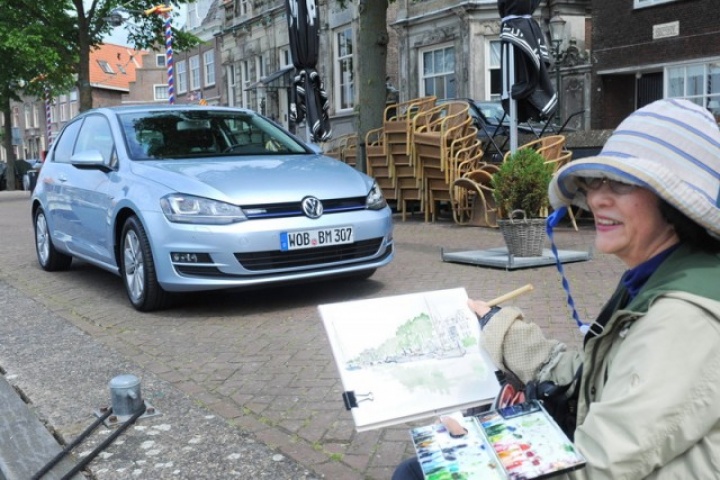 Regular cars don't get much more frugal than the new Golf BlueMotion - not that you can buy it yet...

It my not be the last word in refinement, but with an aversion to diesel so severe that you may only have to fill it up ten times a year (and emissions low enough to place it in a low road tax band), the new Volkswagen Golf BlueMotion should grab the attention of cost conscious high mileage drivers.

At the launch of the Golf BlueMotion only the three-door version was available. From an aesthetic point of view this is not an issue as three-door Golfs historically look better than their 'more-door' brethren but the five-door has always been the better seller. We suspect that, by the time the car arrives in Ireland (November this year) a five-door variant will be available.

The biggest visual signifier that this is the fuel-sipping member of the Golf line-up is at the front where a partially closed grille (with integrated BlueMotion badging) sits above partially closed air inlets in the bumper and hidden under-floor panels. The BlueMotion also sports a unique rear spoiler and rides 15mm lower than standard, all in the name of reducing drag. With a Cd (coefficient of drag) value of 0.27 the third generation car is the slipperiest model to wear the badge and also the most efficient.

Allow us to get the headline grabbing figures out of the way at the outset. The new Golf BlueMotion can (if driven efficiently) deliver fuel economy of 88.3mpg with emissions of just 85g/km - 14 grams lower than the second generation car and a whopping 34 grams less than the original. Such is the rate of progress that the first generation's figure of 119g/km is now matched by the Golf when fitted with a 150hp 2.0-litre TDI engine and DSG automatic transmission.

There is more than just aerodynamics contributing to these improvements, with a lot of work done under the bonnet to make the 1.6-litre TDI engine more efficient. Low friction bearings on the camshaft, advanced thermal management and a specially tuned six-speed manual transmission with longer ratios all add up.

On the open road the BlueMotion can feel a little underpowered, especially in the lower gear ration, but this is not something that is unique to the model and is more related to the 1.6-litre TDI engine. The issue is compounded by the longer gear ration, however. It is also more raucous when pushed than the 2.0-litre unit, but with 250Nm of torque it does provide a generous lump of in-gear acceleration, which is perfect for overtaking. On the low rolling resistance tyres the steering can be lacking in feel at times but this is the trade-off for such low fuel consumption and emissions.

The Golf BlueMotion has historically been offered in a single, unique trim level, but the Mk7 marks the first time it will be offered in both S and SE specifications, although Volkswagen Ireland's model line-up, specifications and pricing have yet to be finalised..

The low emissions and high fuel economy do leave you questioning the value of the forthcoming hybrid and battery electric versions of the Golf. While these variants are likely to better the BlueMotion at the pumps (or should that be charging socket?) they will undoubtedly be more expensive to buy, leading to a lot of Eco-maths being done by interested buyers.

With fuel economy of 88.3mpg and emissions of just 85g/km, the Volkswagen Golf BlueMotion offers hybrid economy in a conventionally powered car. The 1.6-litre diesel unit can be raucous when pushed and lacking a little in the power stakes but there is little argument with the figures. Shame we have to wait so long for it to arrive in Ireland.