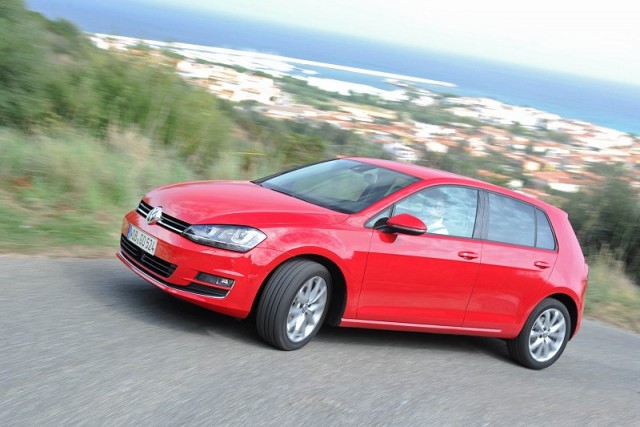 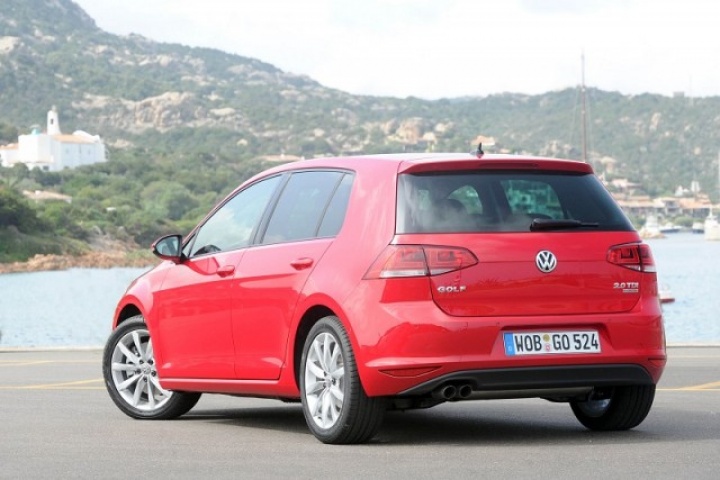 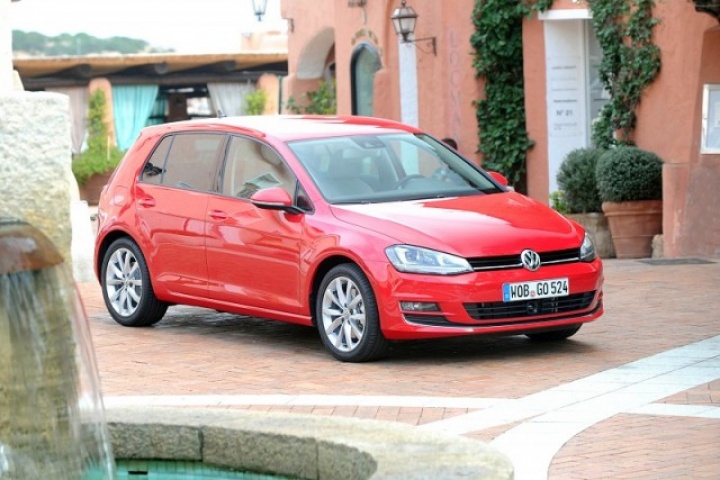 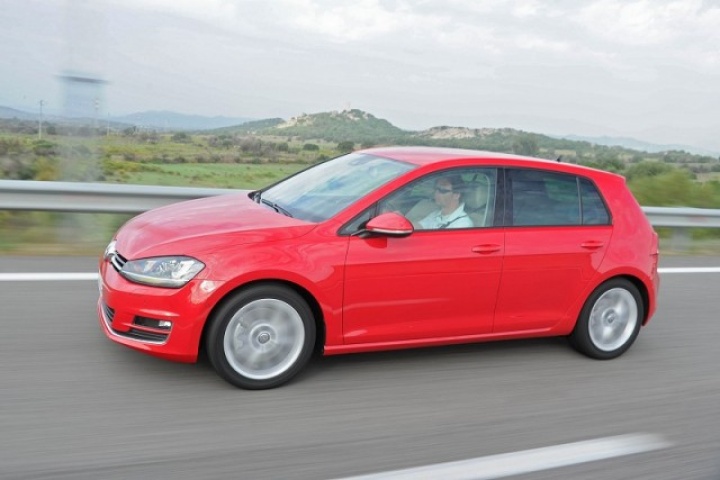 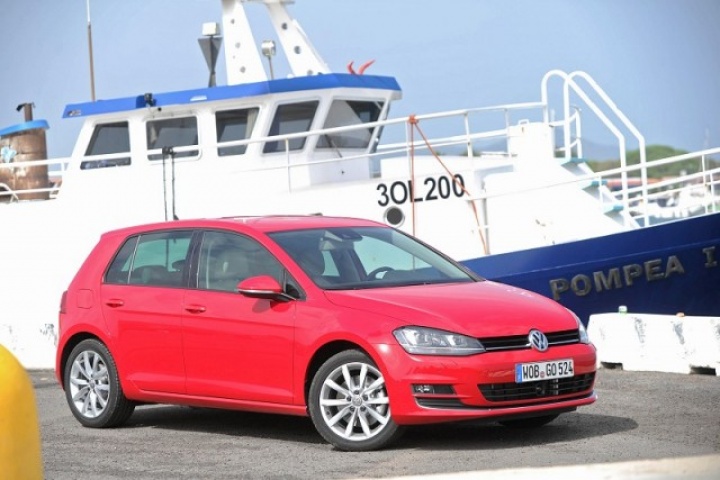 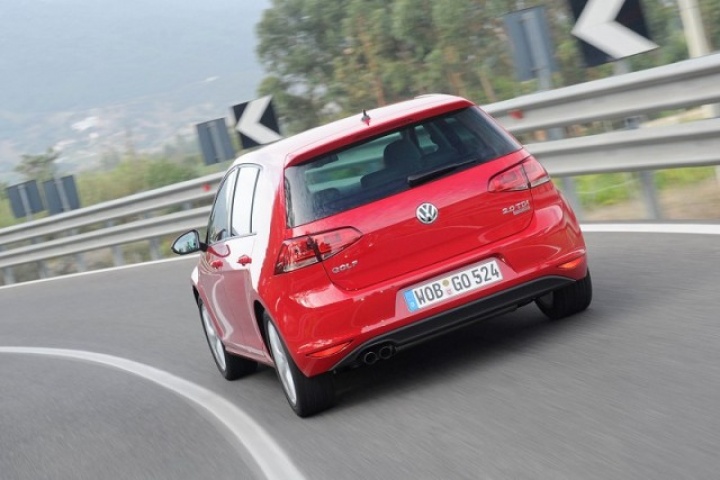 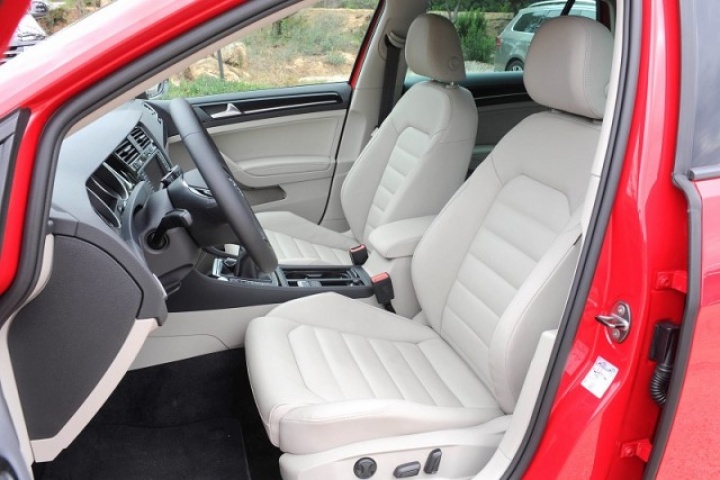 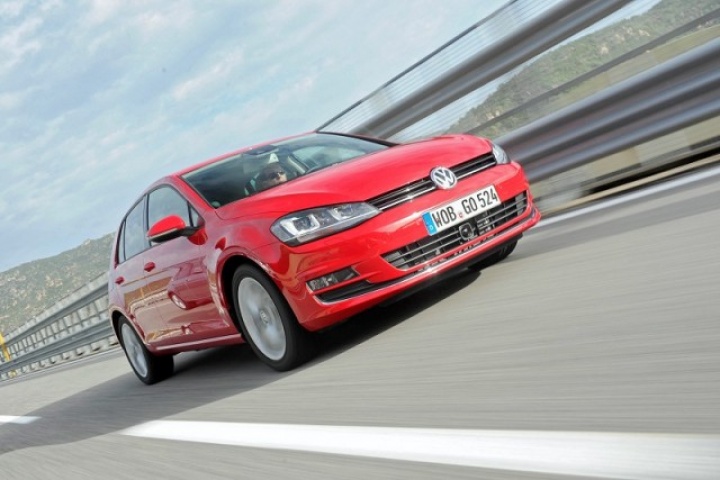 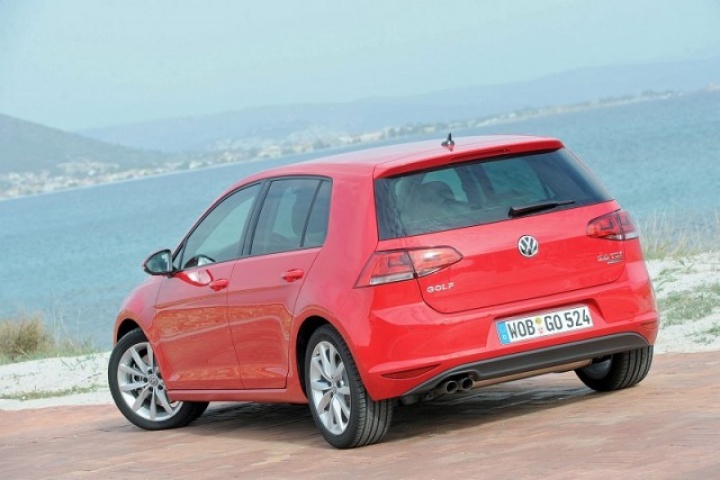 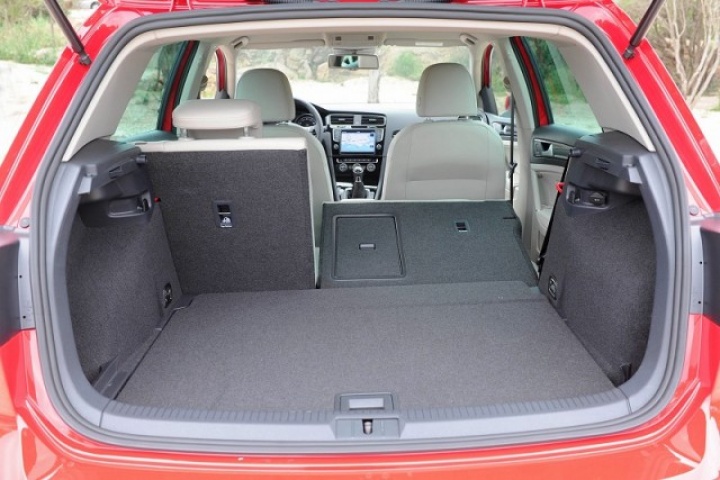 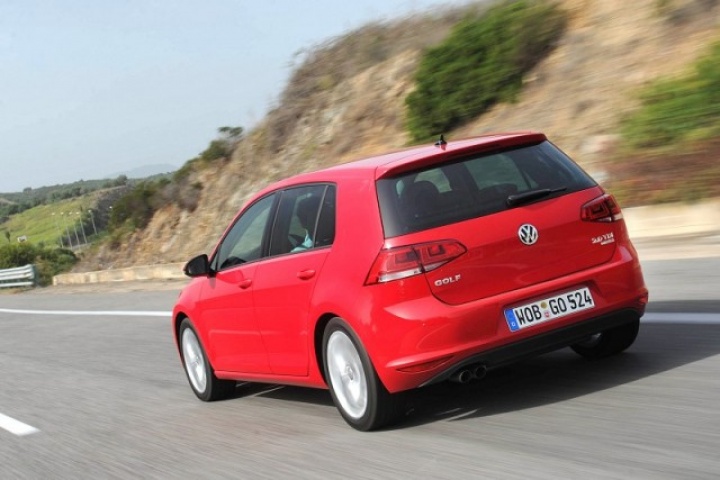 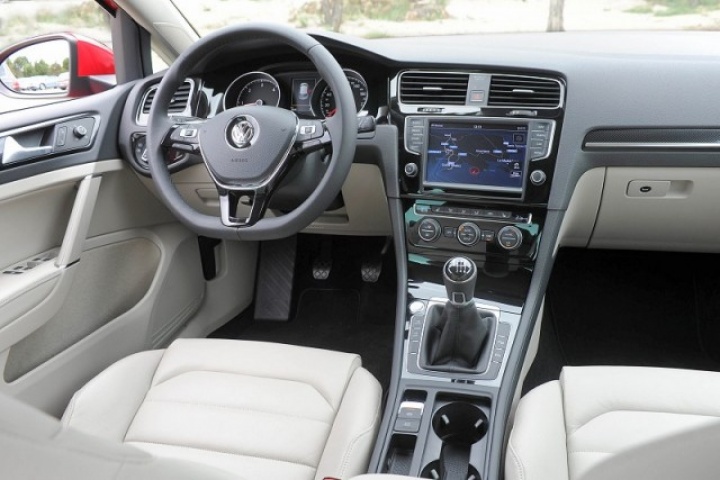 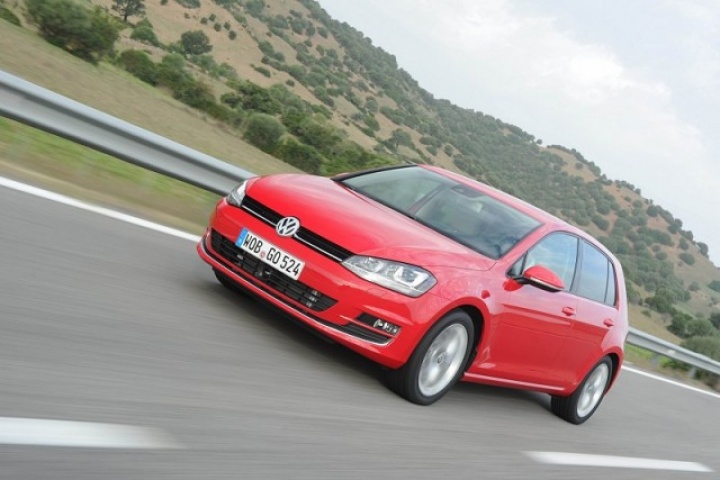 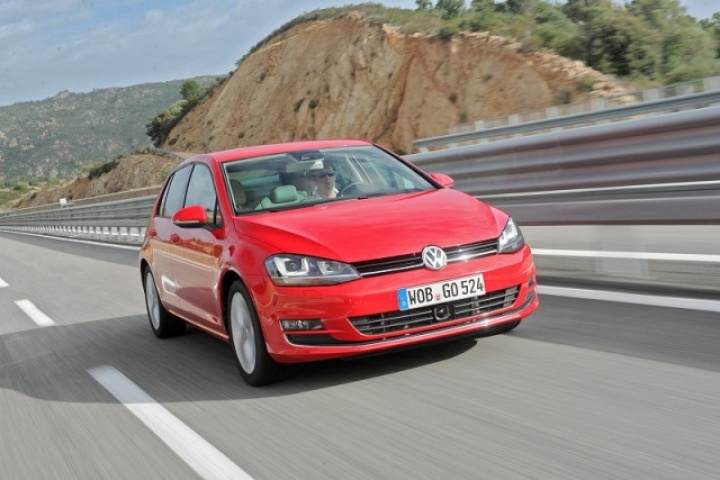 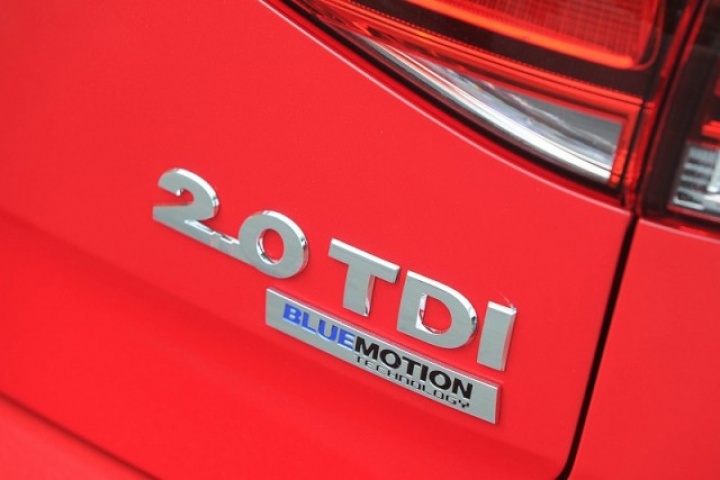 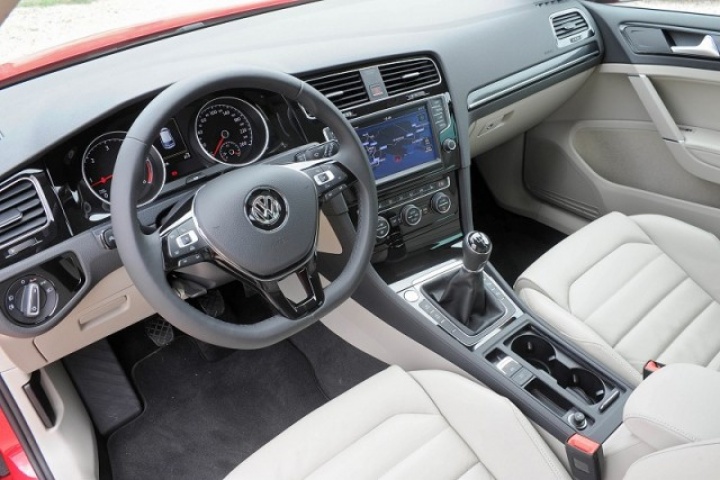 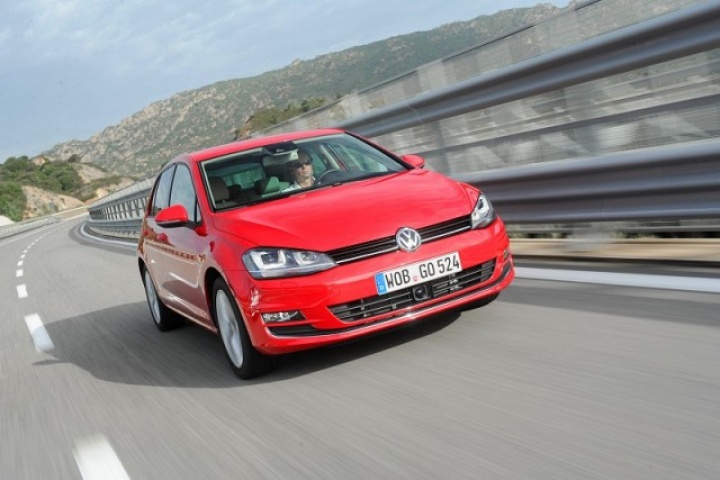 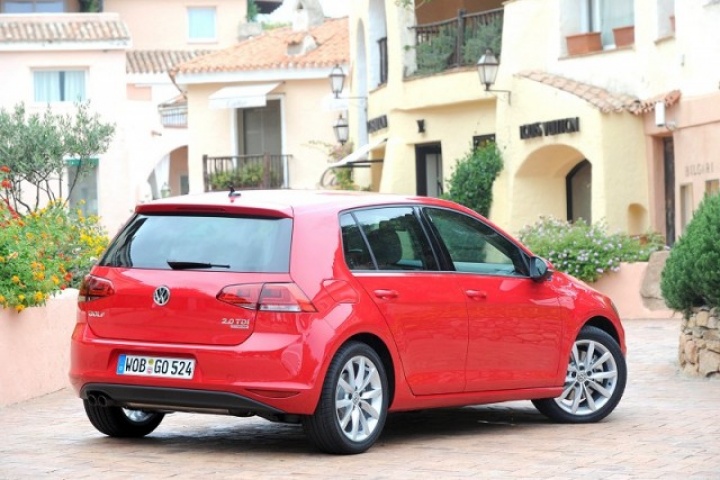 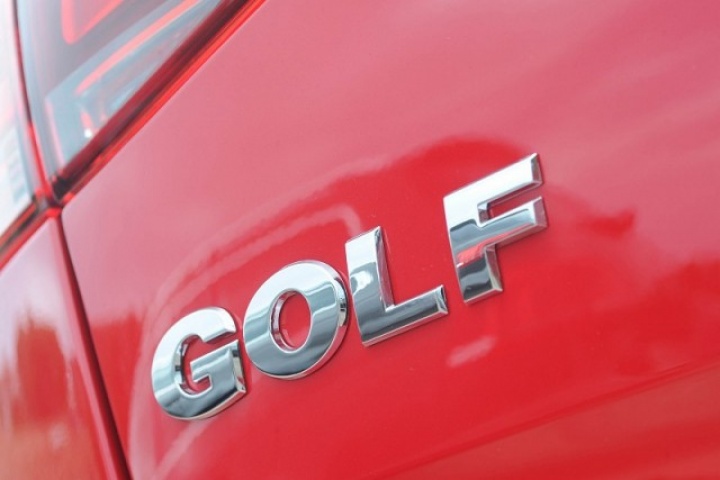 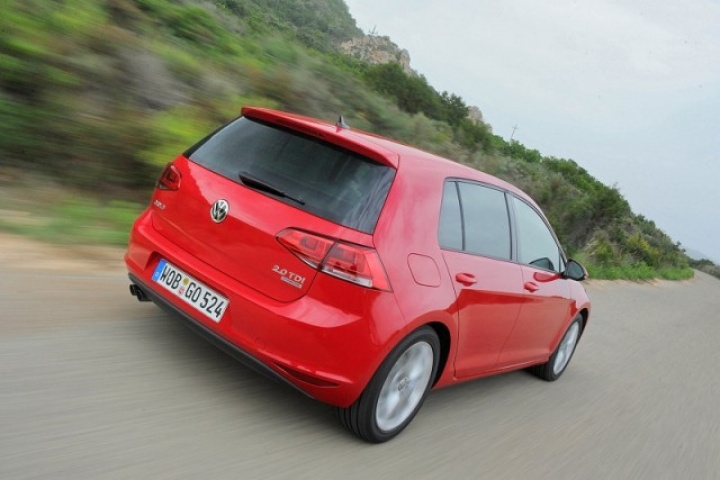 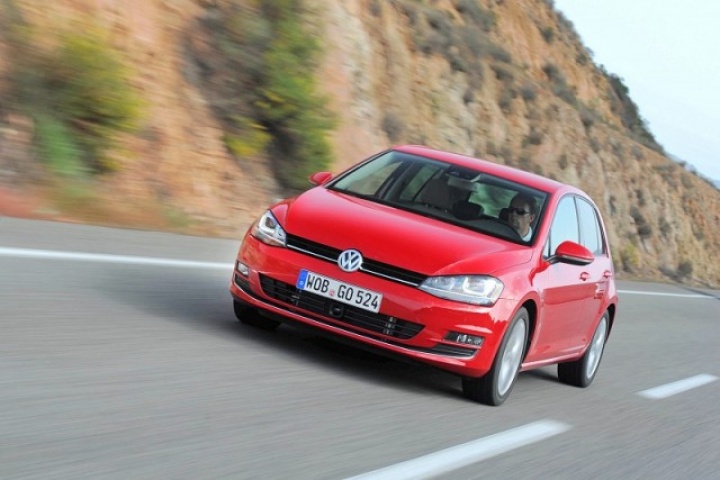 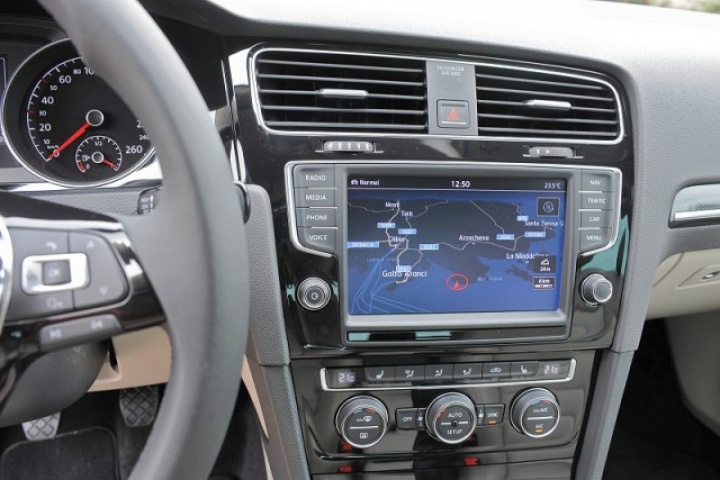 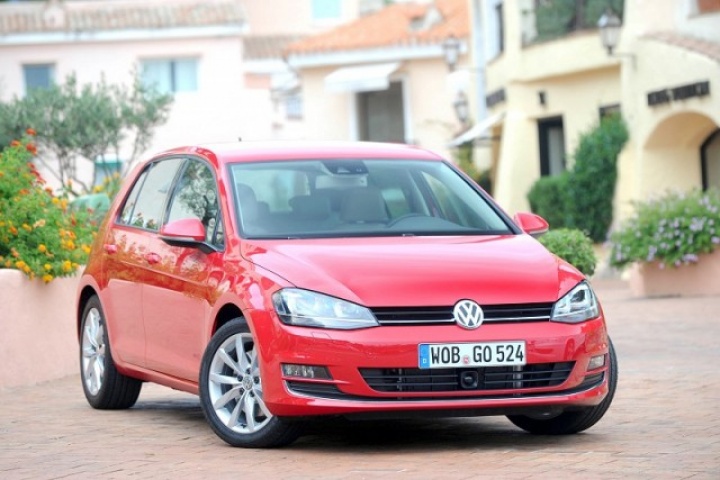 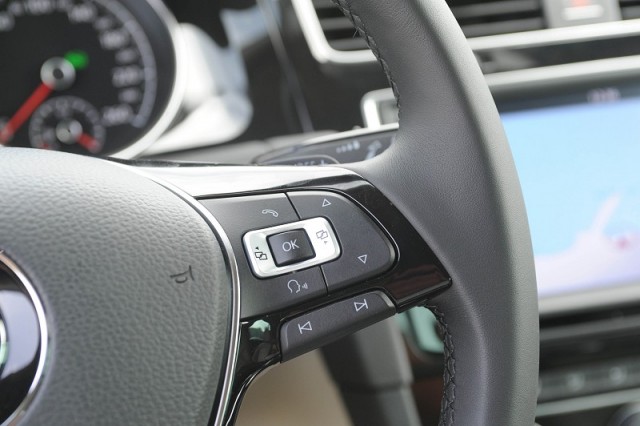 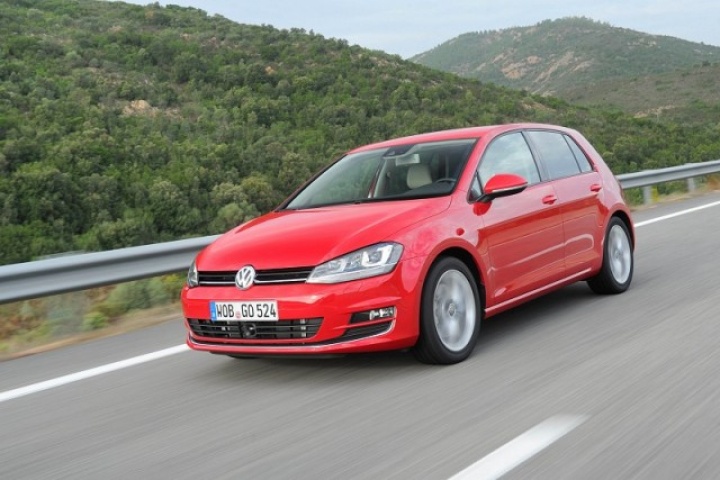 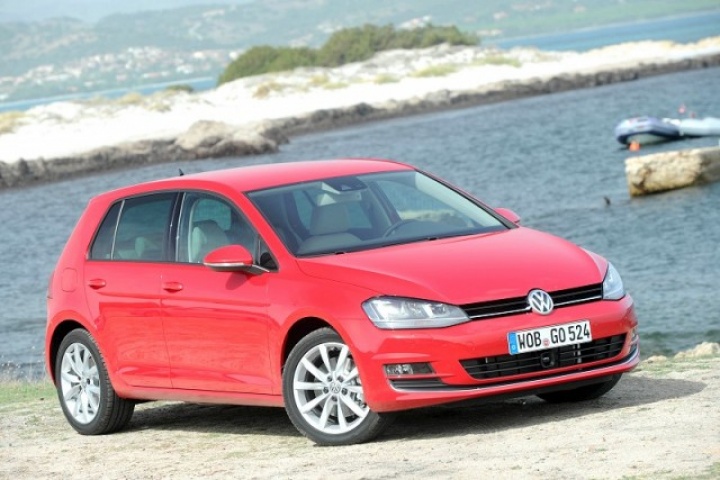 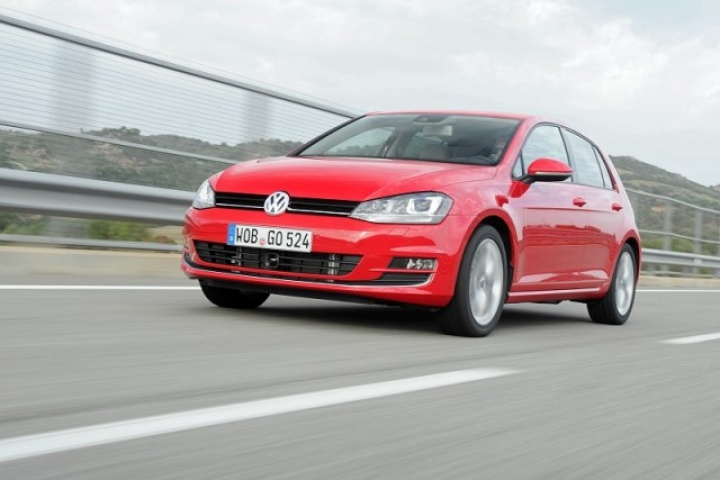 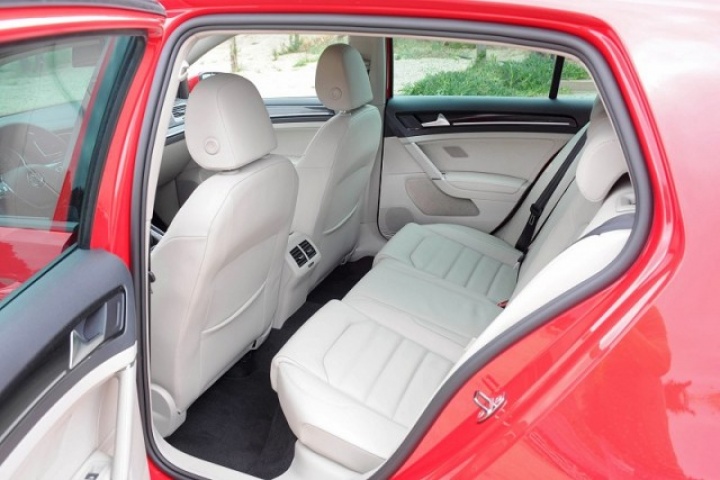 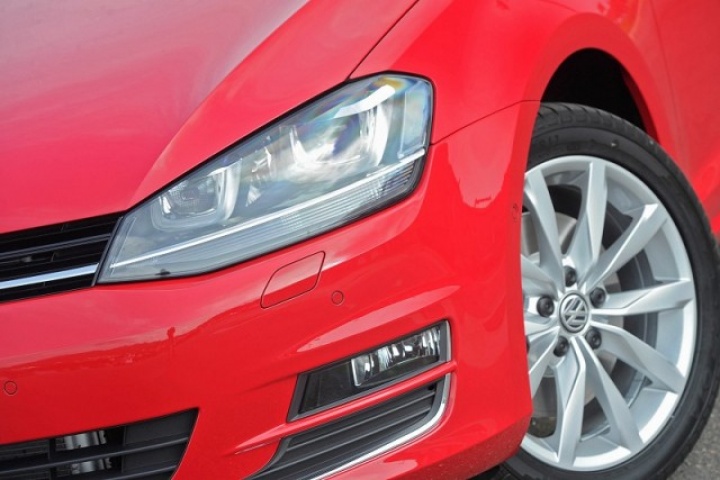 Despite the evolutionary styling the new Volkswagen Golf leaves the competition behind.

Like it did with the Mk4 Golf, Volkswagen has again moved the game on. The competition, particularly from the Korean brands had begun to catch up, but the new generation Golf doesn't just move the goalposts, it takes the whole pitch with it. It is the benchmark of the class and looks to remain so for a long time to come.

At the launch, a lot was made by the Volkswagen design team of the Golf's shape being iconic, even going so far as likening it to a Coca-Cola contour bottle. So it should be no surprise then that the seventh generation Golf is not radically different in its styling from the current model. A formula has been set and the design team have followed this with suitable updates that give the Golf a timeless yet thoroughly modern look.

Bigger than before, with 56mm added in the length and 13mm in width, the new Golf is also 28mm lower than the car it replaces thanks to the Modular Transverse Matrix (MQB in German shorthand) platform that underpins it - and much of the forthcoming Volkswagen Group cars. The modularity has also resulted in a longer wheelbase that endows the Golf with even more interior space, something it has never really been short of.

The 'big car feel' is therefore intensified with increases to leg-, head- and shoulder room all around and boot space up by 30 litres to 380. The wide centre console, which for the first time incorporates an electronic handbrake, flows into the driver orientated dashboard that - on our test car - housed an eight-inch touchscreen infotainment system that is smartphone-like in its operation. All Golfs sold in Ireland will be offered with touchscreen units of varying sizes.

As it did with the Mk4 the new car takes a giant leap ahead of the competition as regards interior ambience. Everything you touch is of the highest quality with a leather steering wheel standard across the range.

While it packs more equipment and technology (of both safety and entertainment types) than ever before the Mk7 Golf is actually lighter than the Mk4 that was launched way back in 1997. The new car has up to 150kg less to haul around than the outgoing model. This obvious is an advantage for fuel economy and emissions but it also means the Golf drives better than before.

Around the tight twisty mountain roads of our Sardinian test route the Golf did something it has not done in a while; it excited. While not quite in the same league as the Ford Focus for pure thrills it did manage to put a smile on our faces with understeer (that has so characterised the car from Wolfsburg) all but reined in by the XDS electronic differential (previously a reserve for the hotter cars in the line-up), which is now standard across the range. Upon entering a corner the system brakes the inside wheel, having the effect of transferring torque to the outer to tighten up the line.

Away from the mountain roads the Golf is remarkably civilised. That statement probably does not carry as much weight as it used to as most of its competitors can claim the same but in this generation Golf the refinement has been ramped up even further than before and leaves all but the very best in its wake. The 150hp 2.0-litre TDI engine under the bonnet is quiet unless pushed and with peak torque of 320Nm kicking in at 1,750rpm there really is not much need to go too far into the rev range.

Opt for a DSG-equipped car and Volkswagen will include a feature whereby drive is disengaged while coasting to save even more fuel.

Like for like, Irish Golfs will be better specified than their UK counterparts with an entry-level specification that includes air conditioning, LED daytime running lights, touchscreen infotainment system (with aux-in and SD card compatibility) and a stop-start system that until now was reserved for the BlueMotion model. You have to plumb for mid-spec Comfortline models (€22,395) to get Bluetooth and alloy wheels. Of course, being the ultimate 'everyman' car, the Golf can be as cheap or expensive as you like with some of the items available from the options list including bi-Xenon lights (€1,550), panoramic sunroof (€1,000), Park Assist (€780), leather interior (up to €2,050) and navigation for a not unreasonable €540.

From the first of January all Volkswagen cars will come with a three-year/90,000km manufacturer warranty. At launch, all versions of the Golf, from the entry-level 1.2-litre TSI to the 2.0-litre TDI with DSG, will qualify for tax Band A and with the thirstiest cars only sipping fuel at a rate of 5 litres/100km they should be cheap to run too.

In addition to the TDI model we also had the opportunity to drive a 1.4-litre TSI petrol engined car mated to a DSG gearbox. While likely to be the also ran in the family on the Irish market it impressed with its drivability. Due to a lighter engine it handles better than the oil-burner, yet thanks to ACT cylinder-on demand technology can return 4.7 litres/100km. That engine, along with the 1.2 TSI, 1.6 TDI and 2.0 TDI, will form the line-up at launch with buyers free to choose from two body styles and three trim levels. These will be joined in 2013 by the BlueMotion model with its 85g/km emission output, the GTI and GTD models and the all-electric e-Golf.

Some will bemoan the evolutionary styling, but underneath the sheet metal the seventh generation Volkswagen Golf has improved in every way you can imagine. It's quicker, better to drive, more frugal and with the interior and refinement befitting a premium rather than mainstream car. Long the model of choice for the man on the street and those in the boardroom alike the Golf has taken two giant steps ahead of the competition and re-staked its claim on the class it defines.