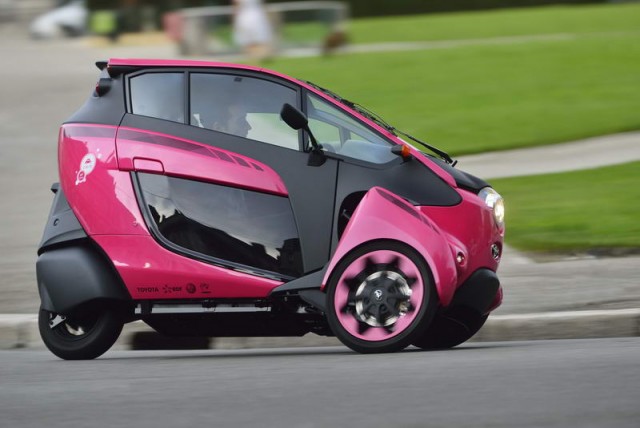 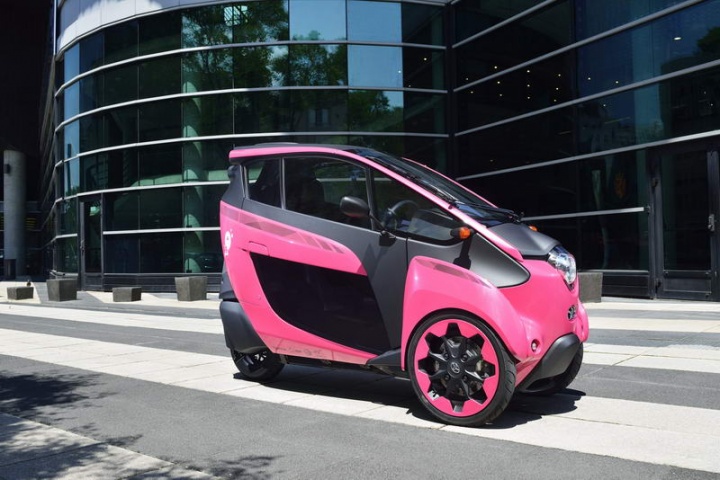 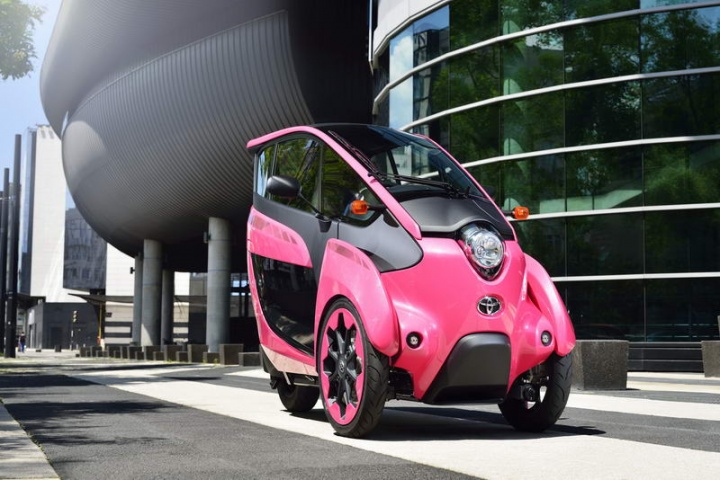 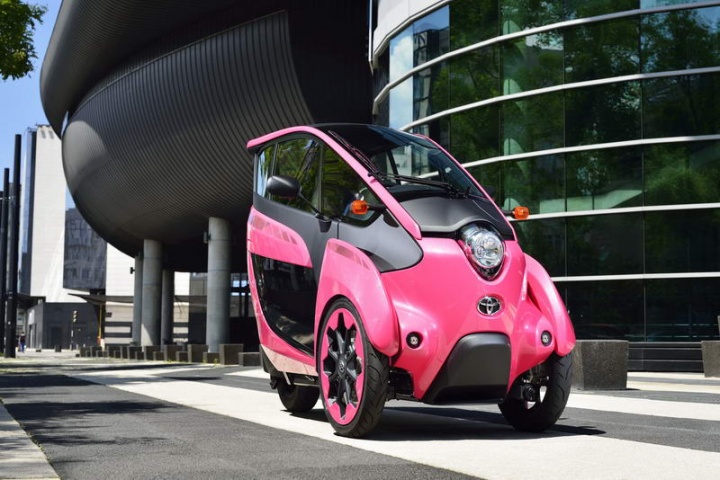 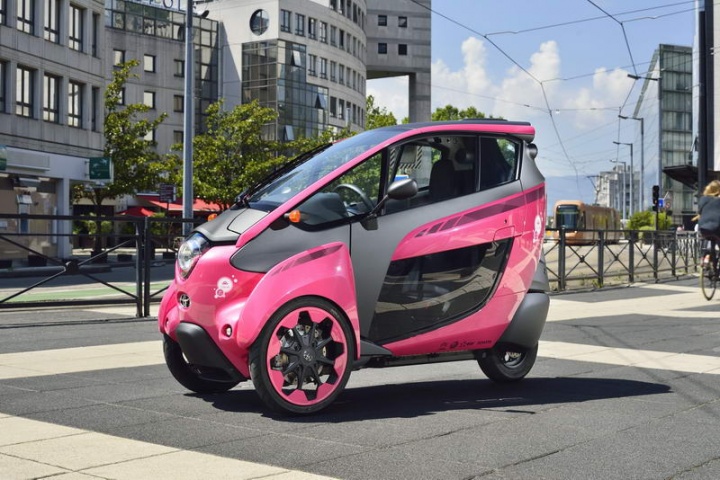 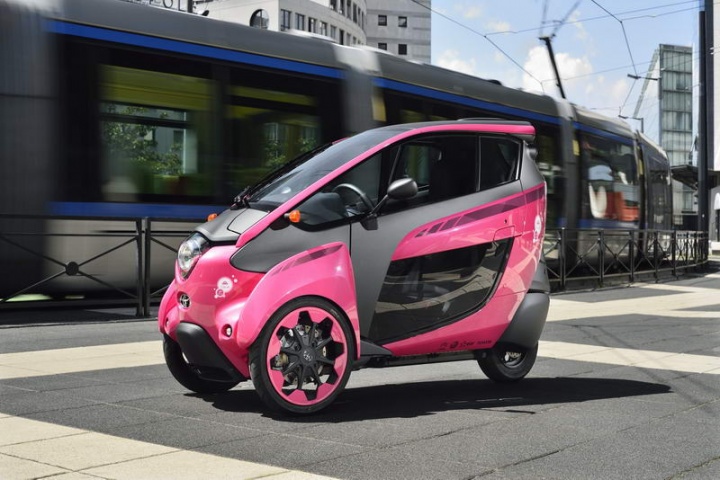 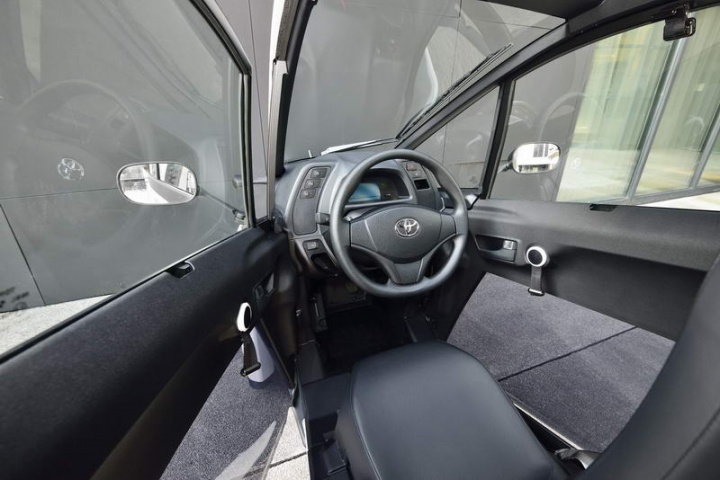 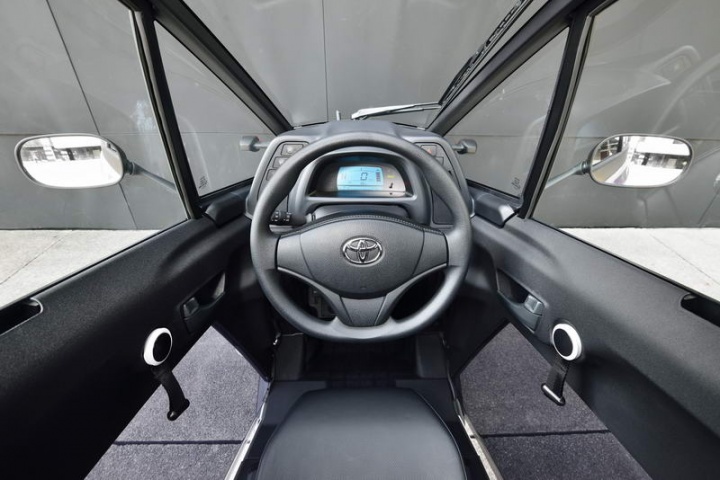 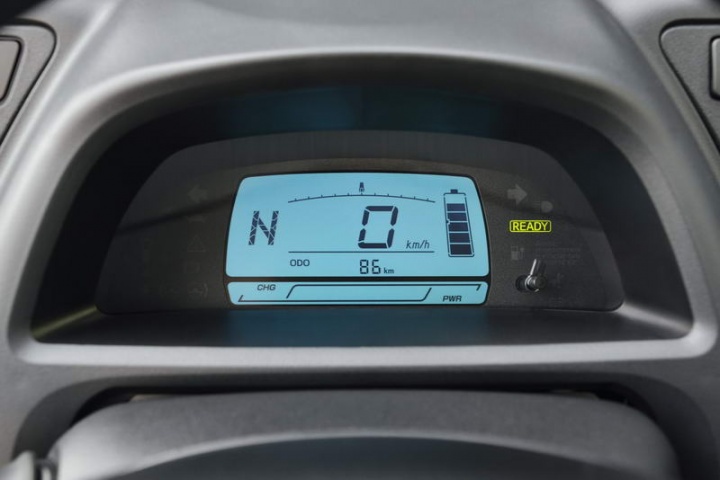 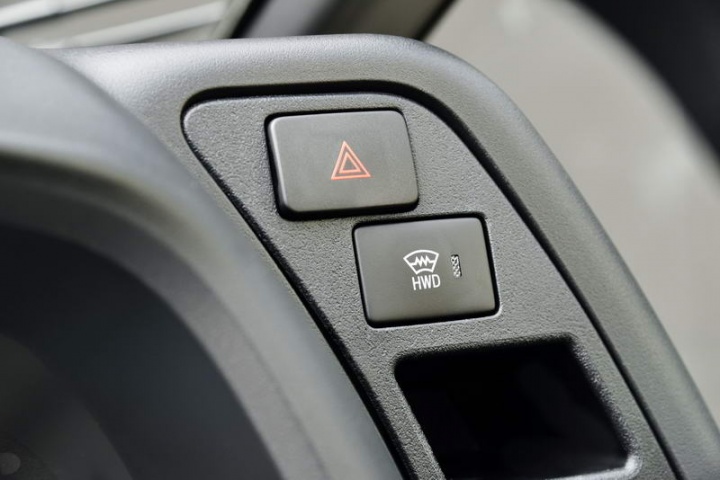 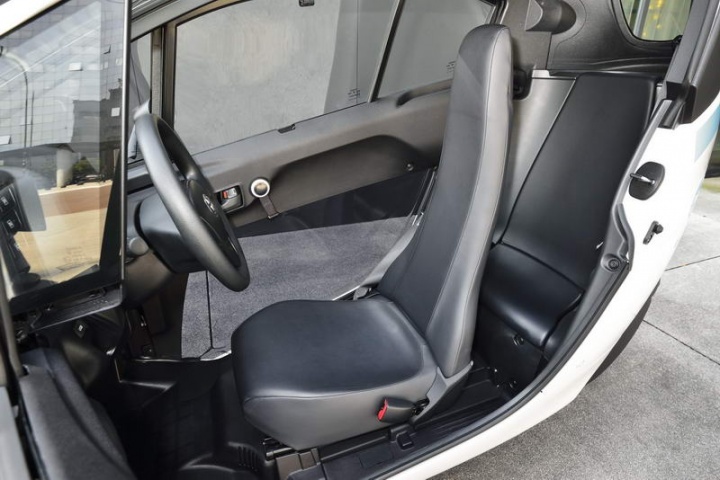 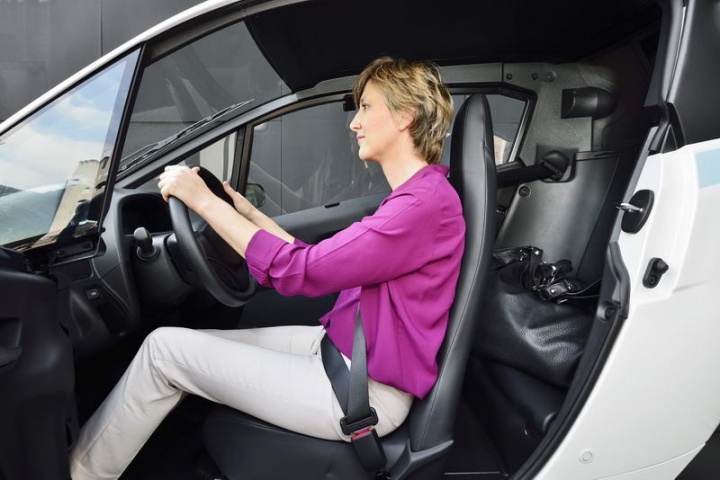 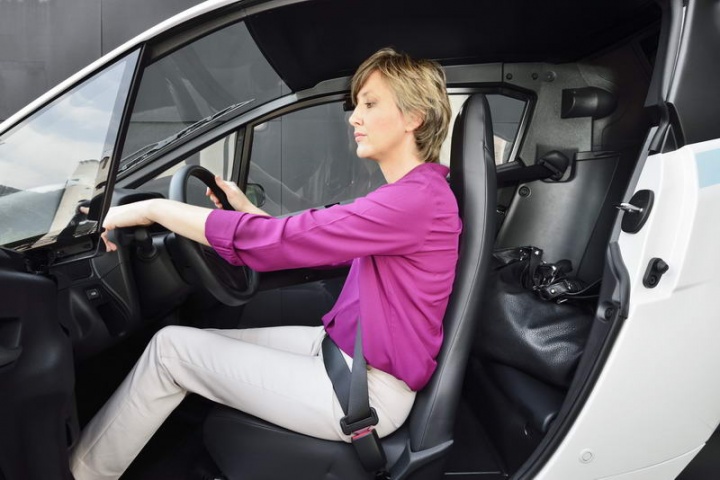 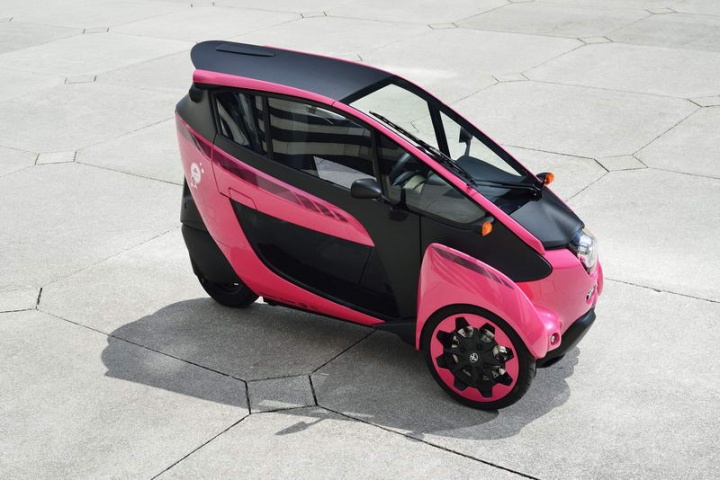 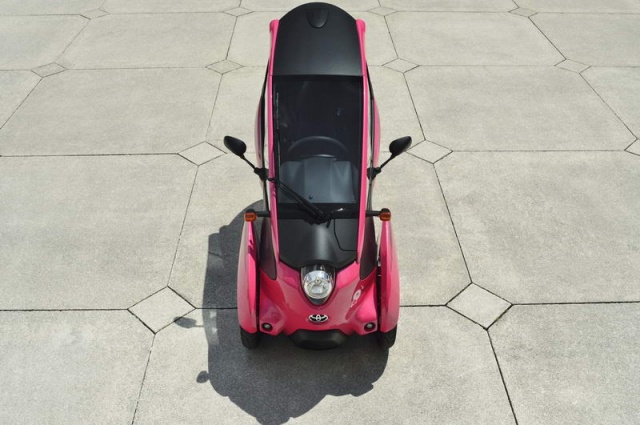 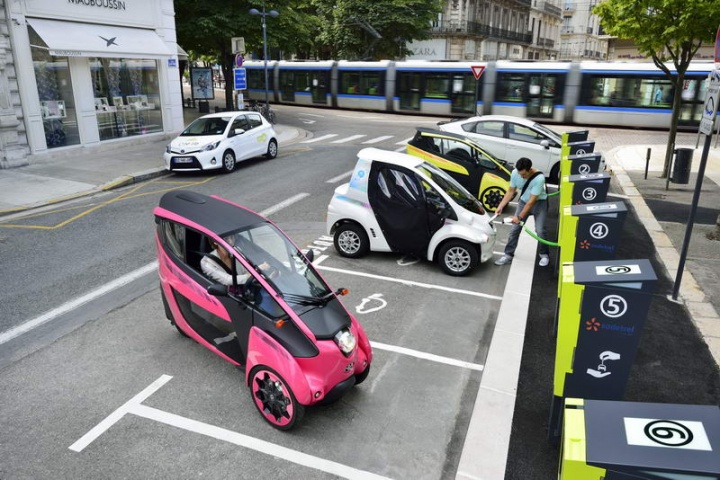 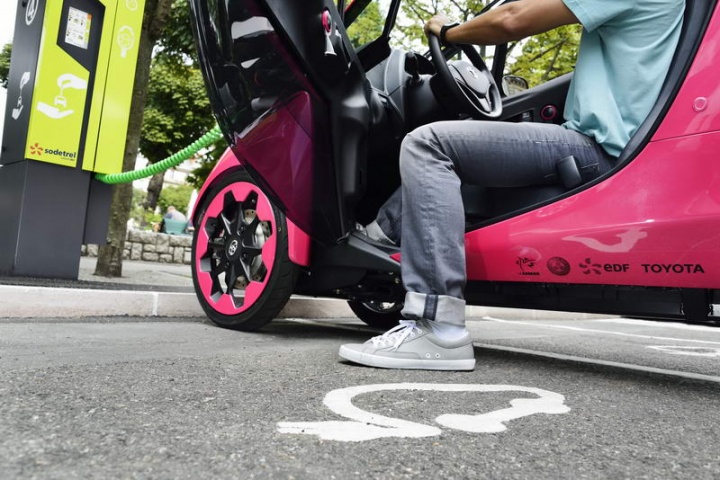 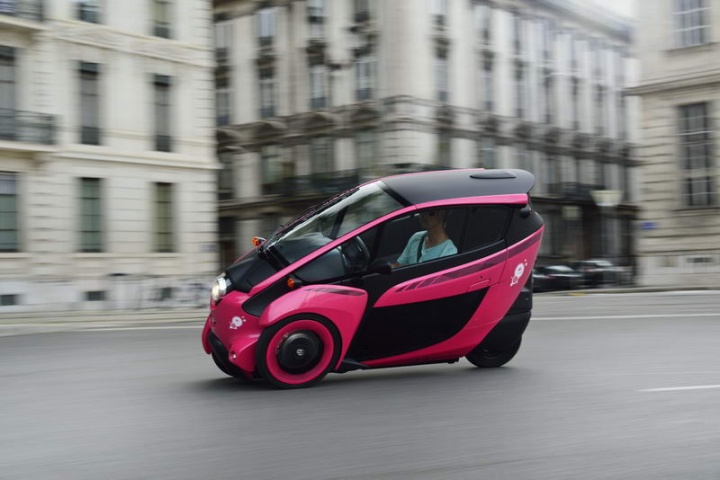 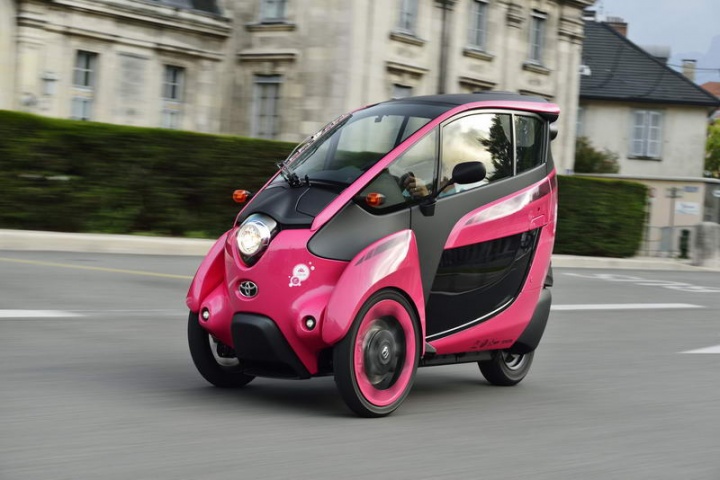 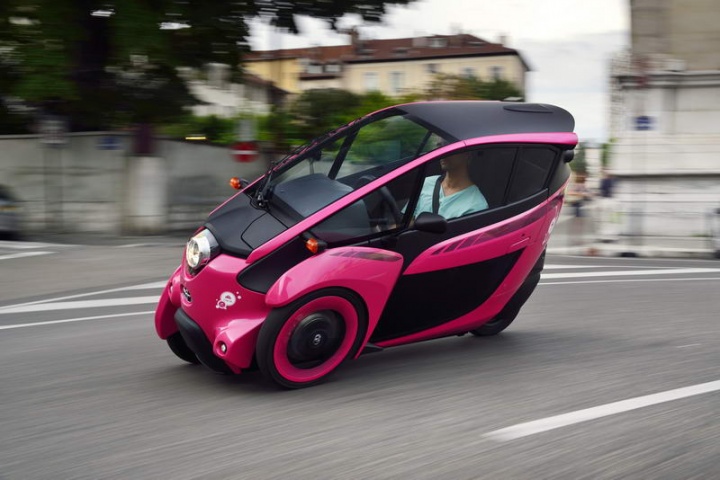 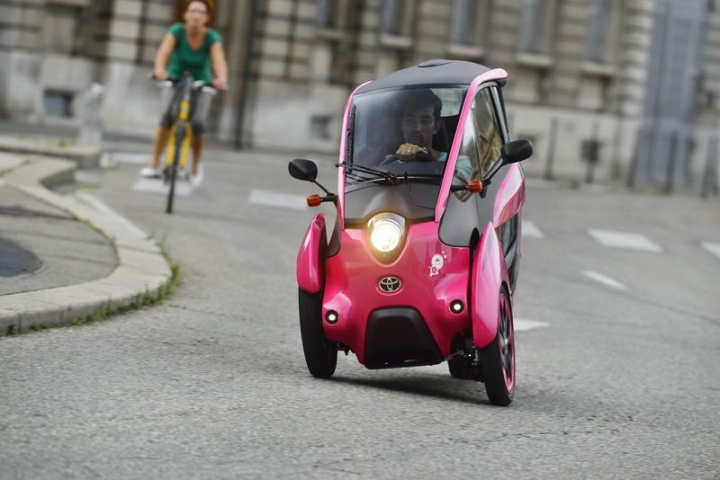 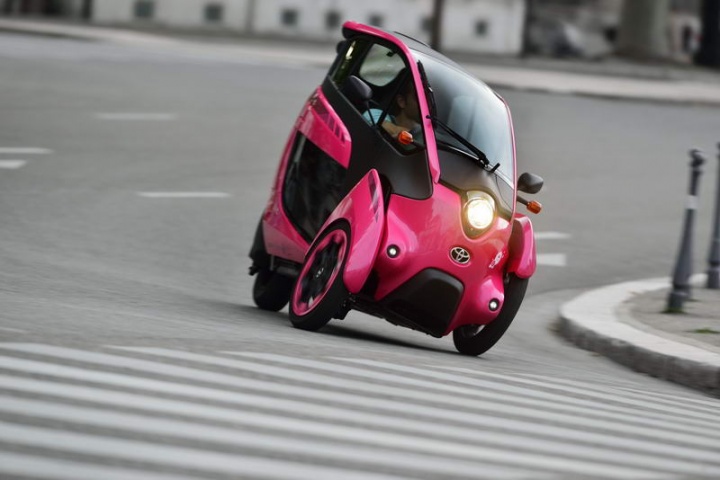 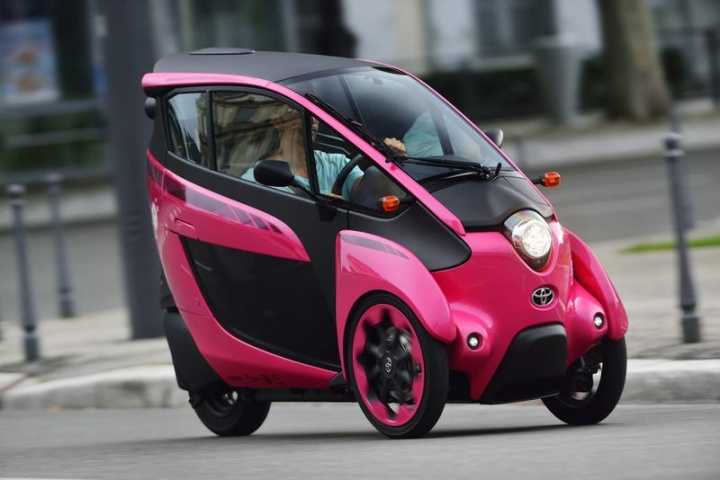 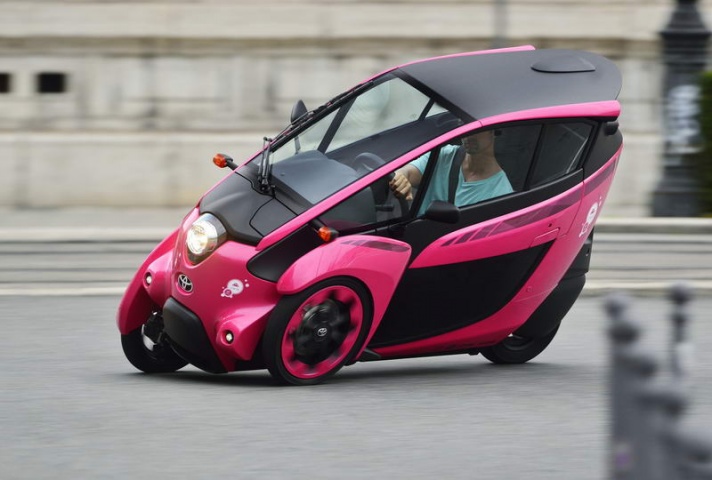 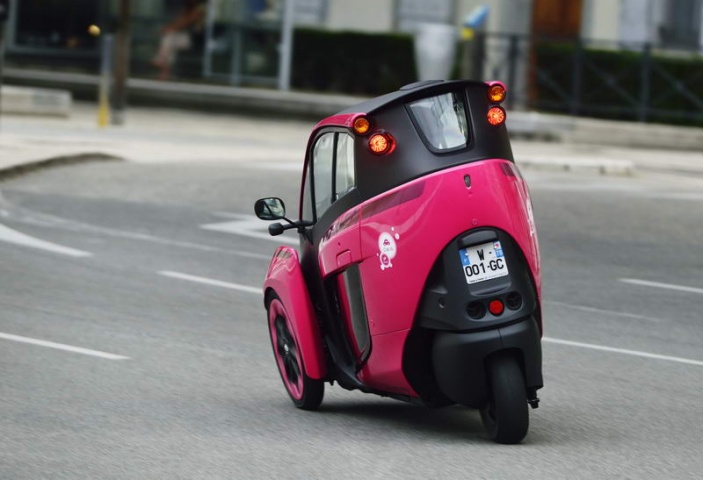 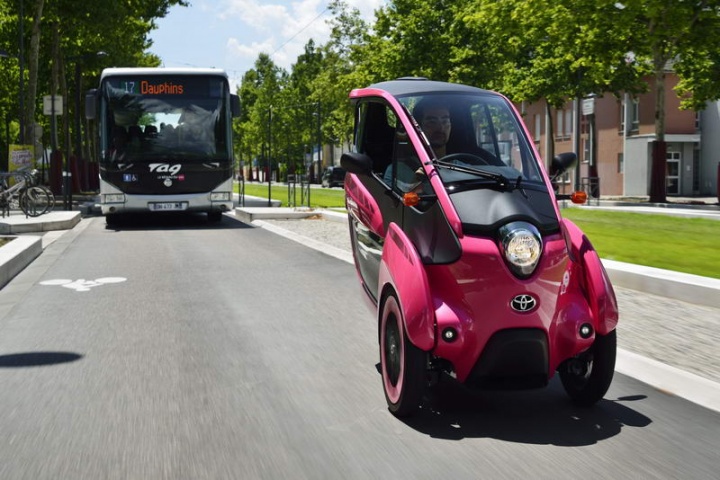 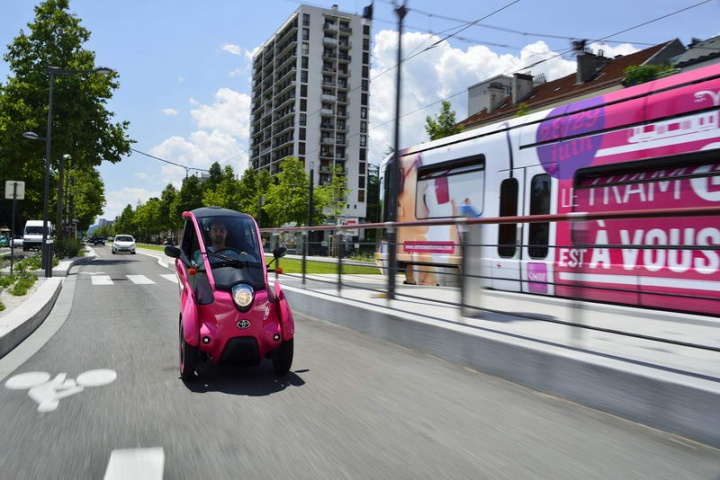 Grenoble gets the Toyota i-Road first, but not before we put it through its paces.

It has futuristic looks and drives like nothing we have experienced, but as an urban mobility solution that the new Toyota i-Road excels. It's compact, cheap to hire and easy to access: Dublin Bikes may have some competition.

We have seen the likes of the Toyota i-Road before - any time a film is set in the future the 'cars' bear a striking resemblance to it. Sure, most have mag-lev rather than wheels and are probably powered by nuclear fusion rather than electricity, but the idea of a small personal transport device is nothing strange to us. In fiction at least; in real life the i-Road seems alien with its single, Cyclops style headlight up front, narrow body (850mm), short overall length (2.5 metres) and odd number of wheels. Some of the shocking colours available certainly add to the standout looks, but even in white the i-Road draws more attention than a Ferrari. Finished in Barbie Pink.

Access to the cabin is via a conventional, front-hinged door - one on either side - and the seating position is tandem style - the passenger behind the driver. After that everything gets a bit more normal - there is a Toyota branded steering wheel, dashboard buttons to operate the transmission marked R, N and D, a key-like knob below the wheel to start things up and two pedals. Other than a USB port and a small cubby hole below it that is about it for the interior. No air vents, Bluetooth, heated seats, power windows or even an airbag. Everything is very simple.

It is rare that any member of the team has to do a training course before being allowed take a car out onto the public highway, yet that is just what we had to do for the i-Road - a ten minute tester before we were 'certified' to drive in traffic. The reason for this is, quite simply, the electric Toyota is unlike anything we have driven. More bike than car, the i-Road has twin in-wheel electric motors up front to provide propulsion, but steering comes from the single wheel at the back. It is a concept that takes a little getting used to as you have to remember the rear end's tendency to swing wide, but only at lower speeds; the steering is variable with more motion at low speeds than at high - pick up the pace and it becomes remarkably conventional feeling. The extra push at low speed is to provide the i-Road with increased manoeuvrability. With full lock on it has a turning circle of 3 metres and is easy to thread through traffic and into parking spaces.

Get up to speed though (a relative term when talking about the i-Road) and it comes alive. The twin front wheels are joined to a yoke system that allows them to tilt. Head into a corner and the outside wheel kicks up while the inside one leans down. The movement has been modelled on that of a downhill skier and viewed from the outside the i-Road certainly seems to slalom its way down the road. The maximum angle of lean is fixed at 26.5 degrees, but it feels more than that, almost as if you should be sticking your knee out a la Valentino Rossi. When stationary the yoke system locks in place to keep the i-Road standing upright with no need for the driver to deploy a kickstand or similar. The downside of this Active Lean design is a very stiff suspension; hit any sort of bump on the road and you will know about it in the cabin with tram lines being a particular annoyance.

As with all electric vehicles the i-Road accelerates away from lights with impressive verve - before running out of puff at 45km/h; this is most definitely an urban vehicle and not one you are likely to take beyond the city limits. It can be quite noisy when up to speed with the whirr from the electric motors fighting with the wind noise that rushes past the thin plastic side windows.

There are 35 examples of the Toyota i-Road in Grenoble as part of a three-year feasibility study and even when that is complete it is unlikely the vehicles will go on sale to the general public. Instead they will be offered to municipals that will operate them in much the same way the Dublin Bike scheme works. In Grenoble the i-Roads are included on the city's travel card for trams and buses etc. with a pricing structure of €3 for the first 15 minutes, €2 for the next 15 minutes and €1 per 15 minutes thereafter.

In Ireland, i-Roads could be placed at all major transport hubs within our citis so you could arrive at Heuston station and drive to the Luas stop on Stephen's Green for some shopping or bridge the gap between the Red and Green lines of the Luas...

There is no guarantee that the i-Road will make series production and as such the 35 cars in Grenoble are best thought of as advanced prototypes, but that does mean Toyota can listen to customer feedback on the car over the next three years, using the Grenoble commuters as beta testers. Some of the suggestions offered to Toyota already include the fitment of a sun-visor (there is none at all) to combat the low evening sun and some discrete speakers to go with the USB charging point fitted to the dashboard. To keep both costs and weight down the i-Road does not feature a radio but a simple means to stream music from your smartphone should compensate for this.

To elicit a Cheshire cat like grin from a journalist a car ordinarily has to have a V8 engine with a minimum of 450hp, a limited slip differential and rear-wheel drive. The i-Road has none of these and yet you can't help but smile while driving it. It is such a unique experience, but one that feels normal within minutes. You are unlikely to ever own an i-Road, but as a means to get around cities cheaply and efficiently it makes an awful lot of sense.