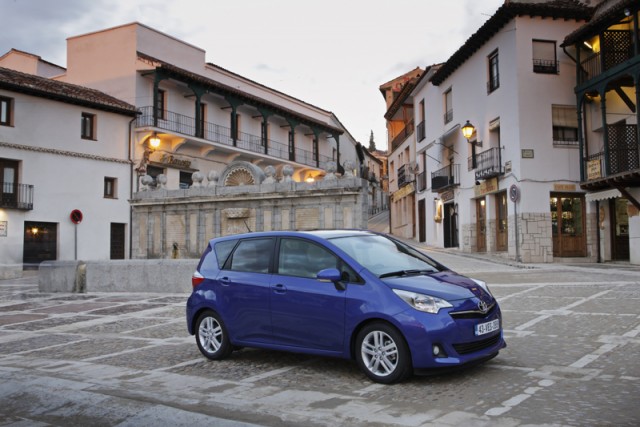 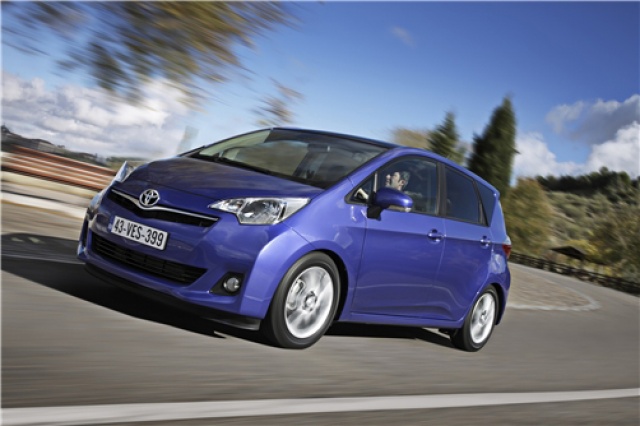 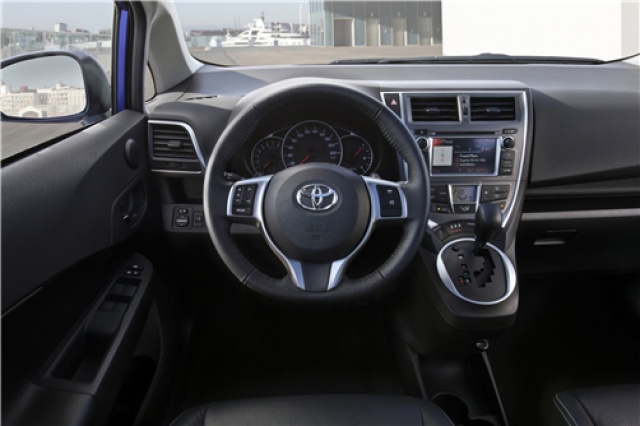 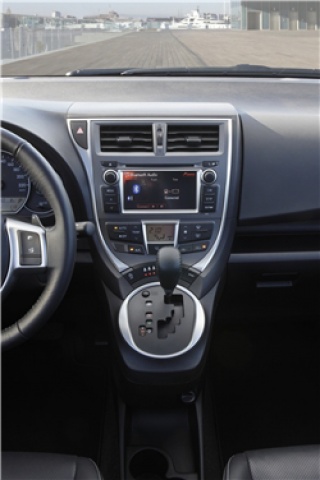 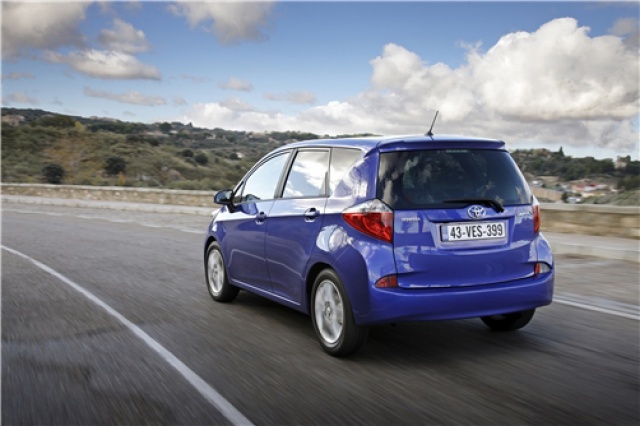 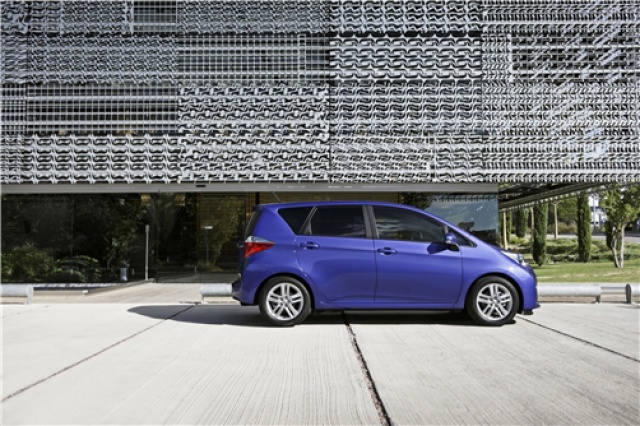 Toyota's Verso-S goes lightweight to take on Meriva and ix20.

Toyota has recognised the growth in the B-MPV segment, which has almost tripled in size since 2002. This has been spurned by a desire by consumers to downsize; yet there is still a need for space and practicality. We have seen cars like the latest Opel Meriva and the Hyundai ix20 arrive to market and they have been well received by critics so it is not surprising to see Toyota get involved.

The Toyota Verso-S is the shortest vehicle in the segment, a statistic that the company is proud of because it reckons this car will live a primarily urban lifestyle and there is a little bit of the Japanese K-car about the styling of the Verso-S. It is quite high-roofed and while the rear styling is sober, the front-end is much more adventurous and gives the car some of the look of the Toyota iQ - especially front-on.

The wheelbase is long, emphasising the short overhangs, while there are wide door openings for easy access to the cabin. So it will suit drivers with limited mobility as well as the young families, which Toyota will no doubt target with this car.

Inside, the plastics are generally good, aside from a large area in front of the windscreen where a cheap brittle material has been used. There is generous space up front and in the rear and the back seats can fold flat at the touch of a button. The luggage area itself has a split floor, which can expand to offer more space.

Luna and Sol models get the Toyota Touch Multimedia Interface. This features a 6.1-inch full colour touch-screen multimedia system, including a radio, CD/mp3 player, Bluetooth mobile phone connectivity with a music streaming facility, and a USB port. Connect up your iPod or iPhone to it and you can display iPod album cover art.

At a later stage buyers will have the option of upgrading the system to Touch & Go that adds a satellite navigation system. This will allow users to do a Google Local search and, via Google Maps, a destination can be sent to Touch & Go from the home or office computer. This system will also be able to handle SMS text messages and it will run specially made applications including weather forecasts and parking availability.

There will be just one engine option for Ireland and that is the 1.33-litre 99hp petrol engine. It has to work pretty hard in the Verso-S. The MultiDrive CVT version is best avoided because it is pretty awful. In Drive mode is wails and hunts and is really annoying to use. If you change gears yourself using the paddles it feels better, but again it doesn't inspire confidence during overtaking. Unless you really need an automatic then stick with the manual.

The manual, which is a six-speed, is a better choice although you do feel that the decision not to offer the diesel in right-hand drive markets has left us a little short-changed. The petrol engine isn't bad, but it could be a little less vocal.

The handling isn't at all bad, although high winds on the Spanish test drive did cause the high-sided Verso-S to pitch and roll a little. Overall the car remains composed though bends even if it does feel short on power.

Move up to Luna spec (€19,995) and you get the flexible load space floor, air conditioning, alloy wheels, a leather steering wheel and gear knob and the Toyota Touch multimedia interface.

The Toyota Verso-S goes on sale in Ireland immediately.

Toyota's new Verso-S is very strong on price, it is likely to be easy to live with and from Luna spec onwards is has a generous specification given the money. We do wish there was a diesel because it would suit the car better and don't even think of buying the MultiDrive S Transmission because it's terrible. Stick to the manual. If you get this, at €18,995 for the Luna grade car that is a good value small family car and well worth a look.