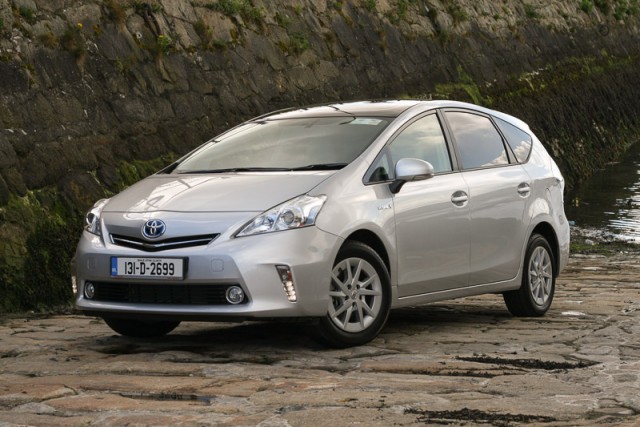 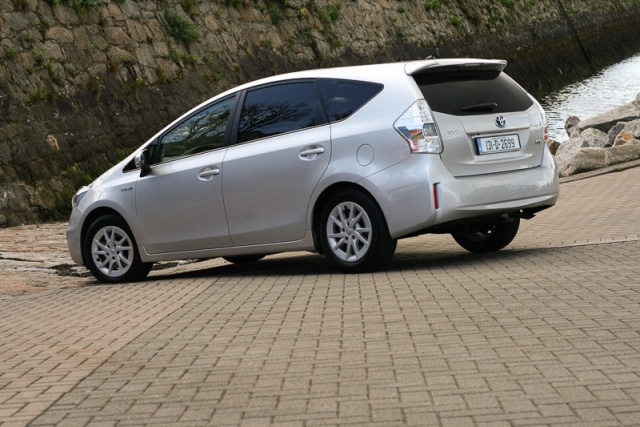 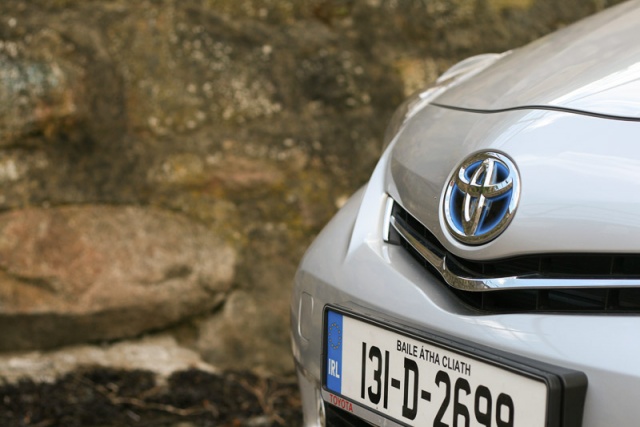 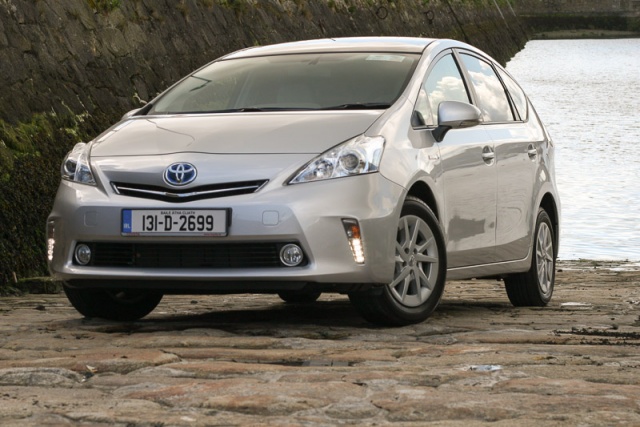 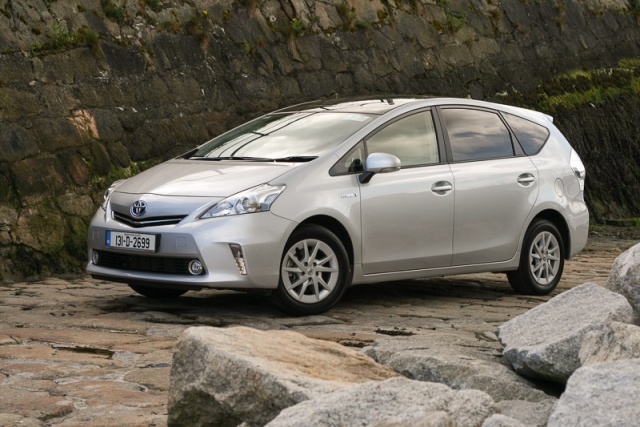 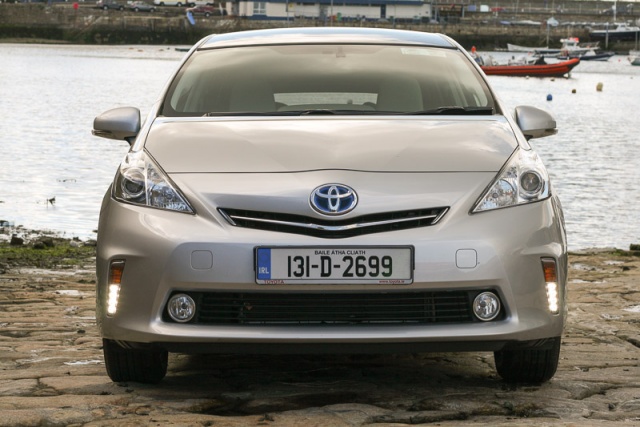 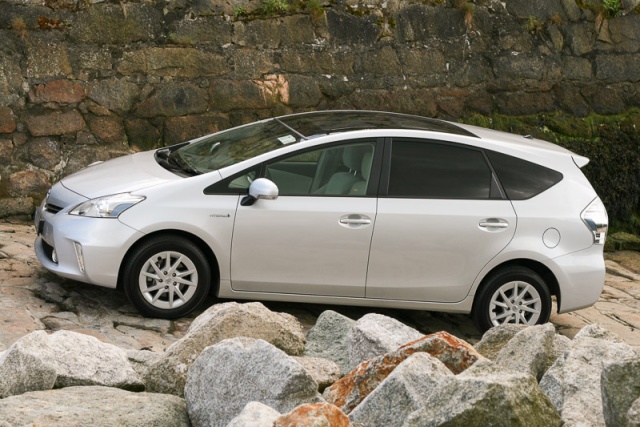 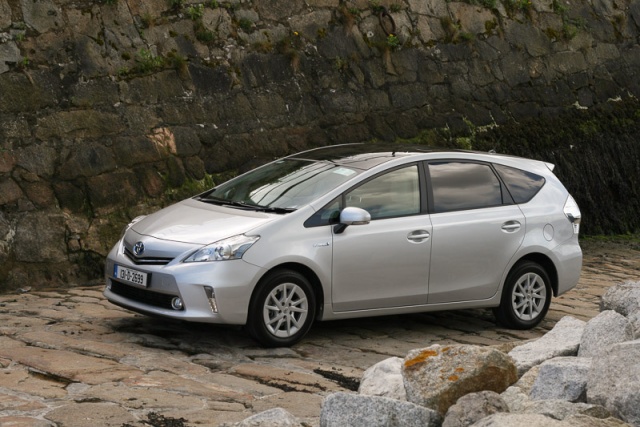 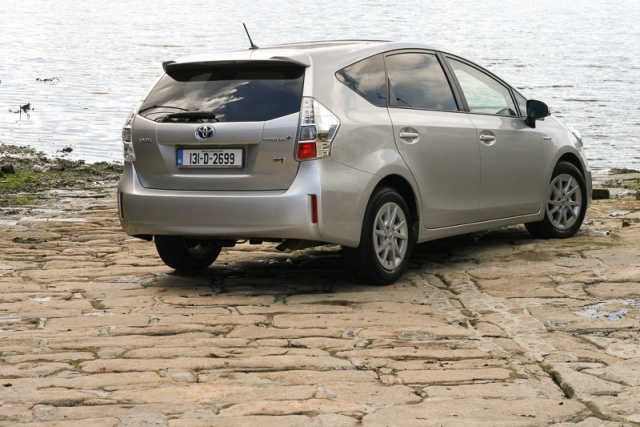 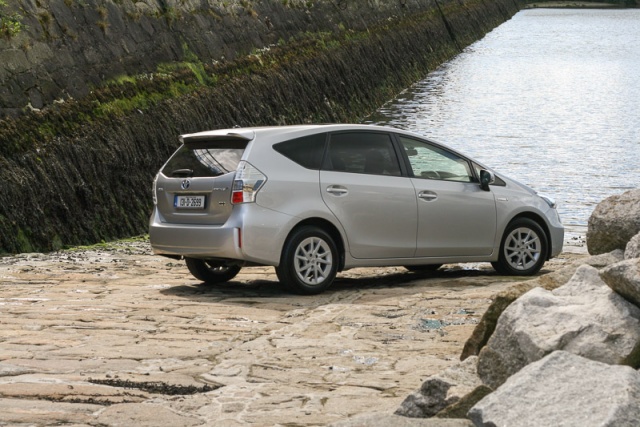 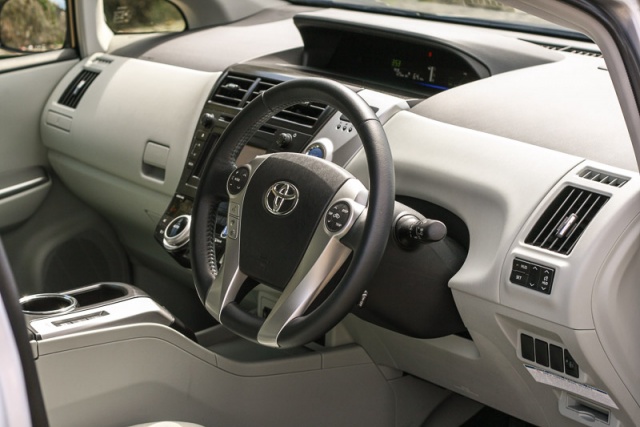 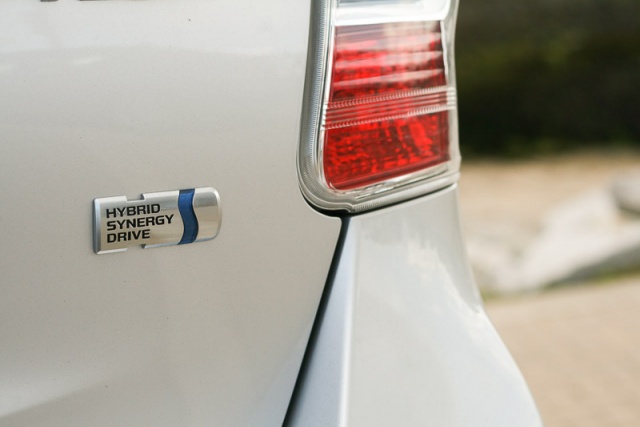 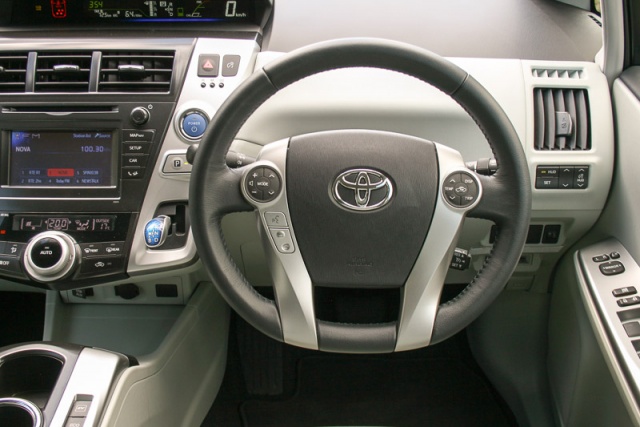 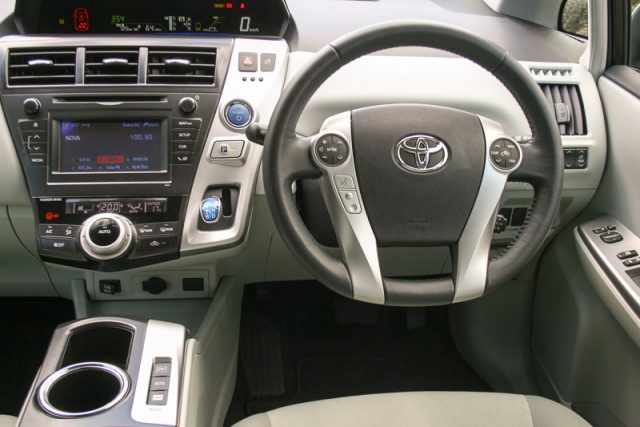 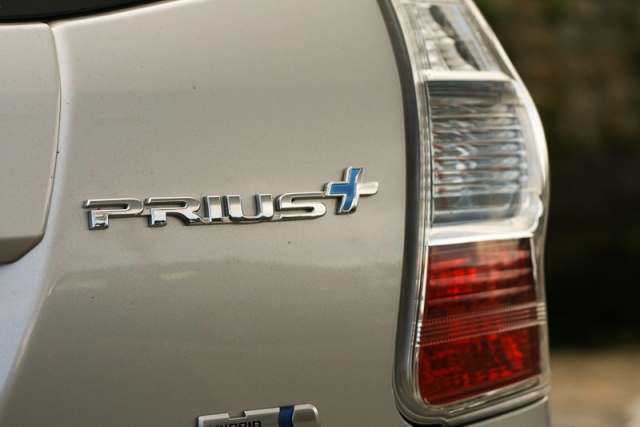 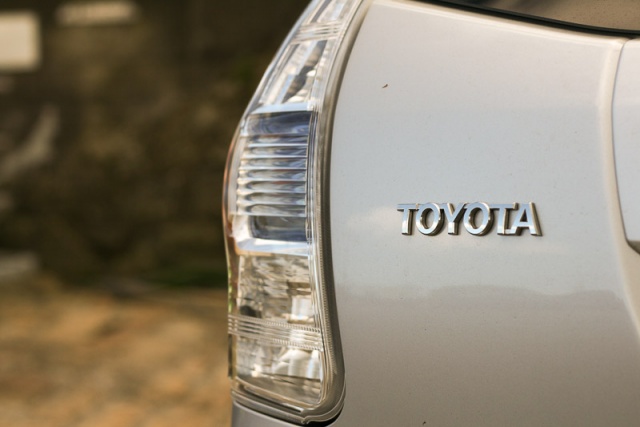 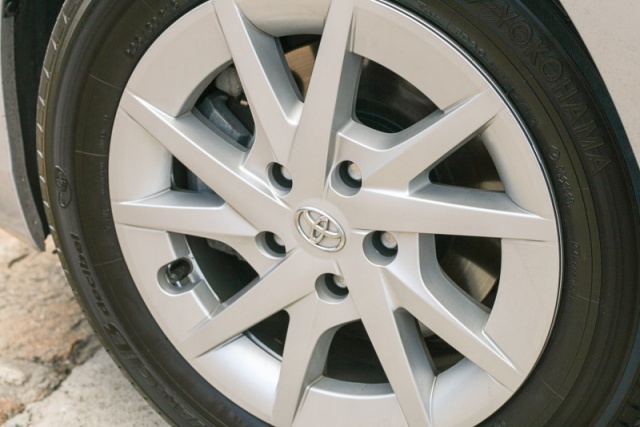 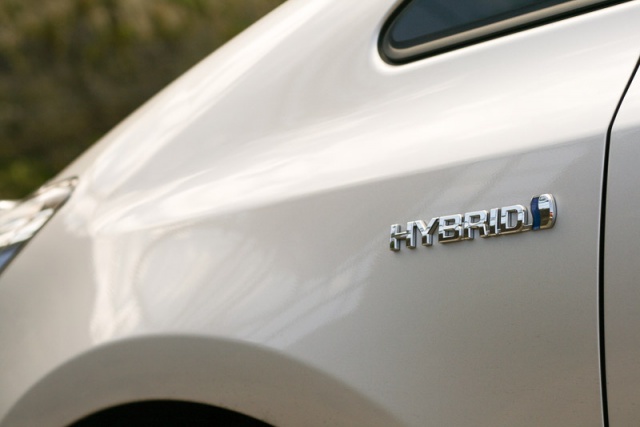 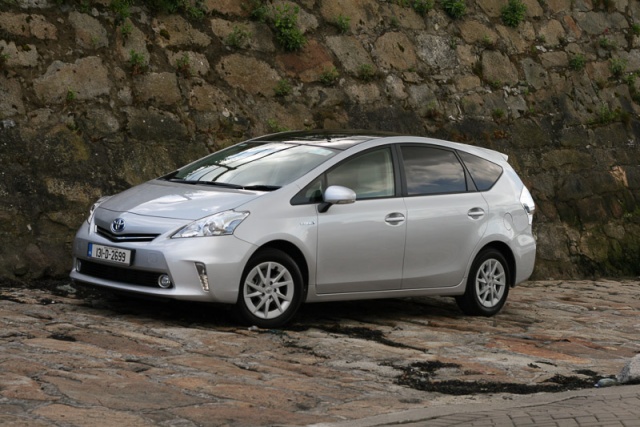 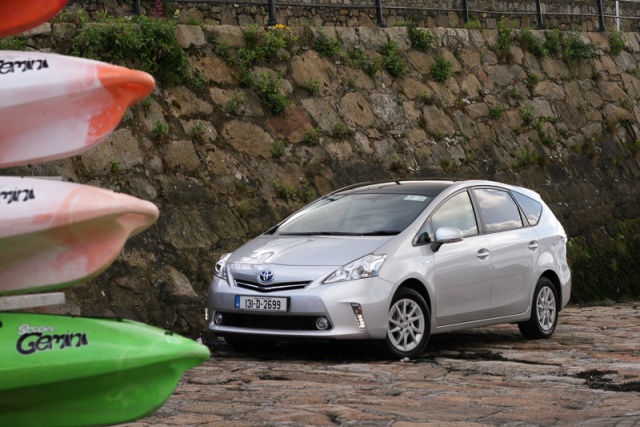 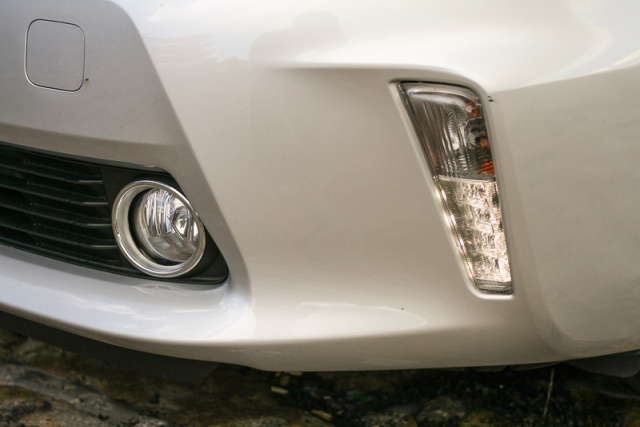 The Prius adds length and girth to become, for the first time, a family seven-seater.

Not so good: quite simply not economical enough, diesel rivals more versatile and more affordable.

There is no question that Toyota has been the pioneer in terms of bringing hybrid technology to average suburban driveways. True, Honda technically was the first to get a hybrid car on sale to the public (with the original 1999 Insight), but it was the first, and subsequent generations of, Prius that really established the whole idea of hybrid motoring in people's minds.

Since then, we've seen hybrid versions of almost every other model in Toyota's range (globally at least) and models such as the Auris Hybrid have found many happy homes in Ireland. Prius is still the name most closely associated with the technology though, and Toyota is now looking to make even more hybrid hay while the sun of environmental concern shines. For the first time, Prius is no longer the same of a single model, but effectively now a sub-brand under which many distinct new cars will fall.

The first of these is the Prius+, a seven-seat MPV family hauler and, as such, we guess it's just about the perfect car for making into a hybrid. After all, a large, spacious kid-friendly seven-seater should be ideally suited to the sort of gentle, silent, fuel-saving performance that the Prius has made its own speciality.

And on a first impression, the Prius+ does well. Sit inside and you're presented with one of Toyota's best cabins ever. All the main instruments and buttons lie in one central area on the dashboard, stretching from the centre console, up through the touch-screen infotainment system and on to the speedo and fuel gauge mounted in a wide yet slim digital pod on top. The rest of the cabin is clean, uncluttered, bright and airy. It's also very comfortable with big, squishy seats upholstered in a soft velour fabric that brings to mind an expensive teddy bear. Early fears that it would prove a magnet for crisp crumbs, Ribena and chocolate-covered-fingers proved, thankfully, unfounded and the Prius+'s cabin survived a family bank holiday weekend relatively unscathed.

It may not prove entirely as useful as that family would like, though. Although the Prius+ gets an 80mm wheelbase stretch and is 135mm longer than a standard Prius overall, the cabin and boot never feel quite spacious enough. Up front and in the second row, it's fine, but the third row and boot both present problems. Fold the sixth and seventh seats flat and Toyota claims you have a 505-litre cargo volume. You doubtless do, but the luggage cover sits at an oddly low height, meaning that, unless you're happy to leave your bags on show in the car park, you're dealing with quite a shallow luggage space.

Flip the seats up for use (easily done with a simple pull on a strap) and you will struggle to fit actual, real people back there. My seven-year-old son complained of a lack of knee- and foot room and it was a genuine struggle to get my toddler's bulky safety seat strapped in back there. Yes, the middle row features three individually sliding and folding seats, so you can juggle things around to find more space, but someone is inevitably going to be cramped.

About as cramped as your driving style will feel, if, that is, you are determined to wring maximum fuel economy out of your Prius+. Now, we've spoken many times before about the fact that it's almost impossible to match the quoted fuel economy of any car, and hybrids are generally guiltier of this than most. That's because the loopholes in the current official fuel tests allow hybrids to show their best possible hand; and outside the lab that's a hand that's never going to be dealt. It's just possible that if you drive the Prius+ in a very specific fashion, over a very specific route, that you might just match the quoted average of 68mpg. If though that route involves hills, motorways, any form of brisk acceleration or any driving style that does not involve imagining that an impossibly cute duckling has taken up residence under the throttle pedal you will not get near that. Four up, with a boot full of luggage and lots of steady motorway cruising saw our Prius+ test car return an average of 6.0 litres per 100km - or 47mpg. Not bad, we guess, if you consider that it's a big, spacious and heavy car and its primary power source is a 1.8-litre petrol engine, but we would have done better from a 1.6-litre diesel MPV. Nor is the Prius+'s 96g/km CO2 emissions figure looking quite so clever these days - diesel MPV rivals are hot on its heels in that regard too.

And that diesel engine wouldn't have revved noisily like it had a slipping clutch at the sight of any incline (blame the Prius+'s CVT gearbox for allowing that) and it probably would have handled better too. True, the Prius+ isn't unpleasant to drive, but it feels reluctant to do anything other than potter about town or cruise on the main road. Twisty sections are anathema to it.

Finally, there's the price. For €34,995 you do get a significant amount of standard equipment, including climate control, cruise control, a heads-up display, a massive suite of safety features, LED daytime running lights, Bluetooth connection for your phone and media player, a colour touchscreen infotainment system and a glass roof. Plus you do get the inherent comfort and airiness of that cabin, benefits not to be underestimated. It is a hefty price for a family car, though, especially when diesel rivals (less well equipped of course) start at under €30k.

There is a niceness to the Prius+, a sense of calm and wellbeing behind the wheel that makes it feel less like fractious family transport and more like a day spa on wheels. You do glide along, feeling relaxed and happy, and that has benefits both for your mental state and your likelihood of accruing penalty points. But that calm evaporates when you realise that, yes yet again, your expensive hybrid needs to be refuelled.

Ford Grand C-Max: damned near as good to drive as a Focus hatch and the sliding doors are a boon in car parks.

Toyota Verso: the Prius+'s own in-house rival isn't as good looking but is more practical and more affordable.