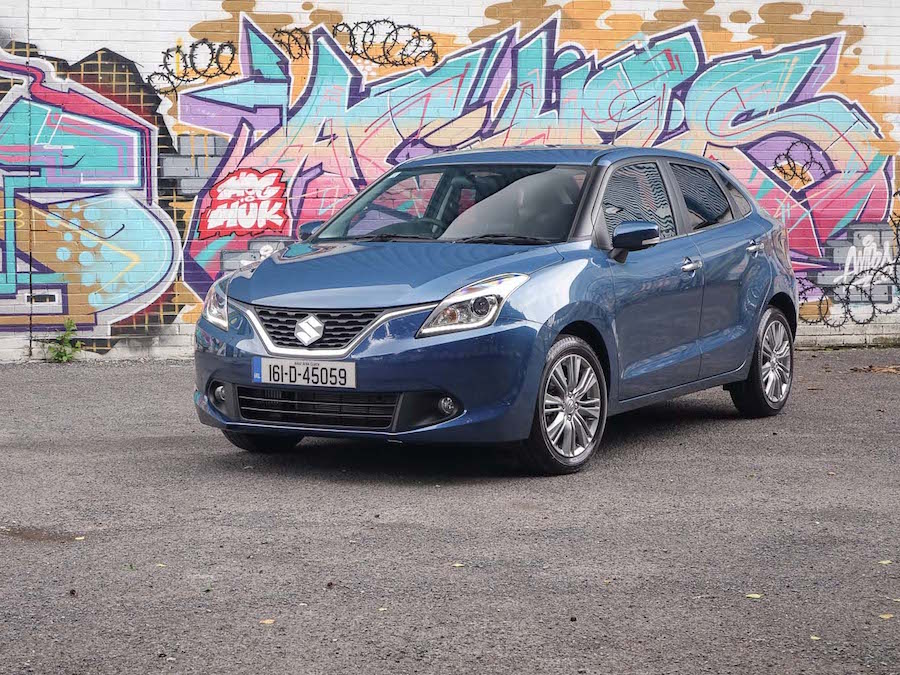 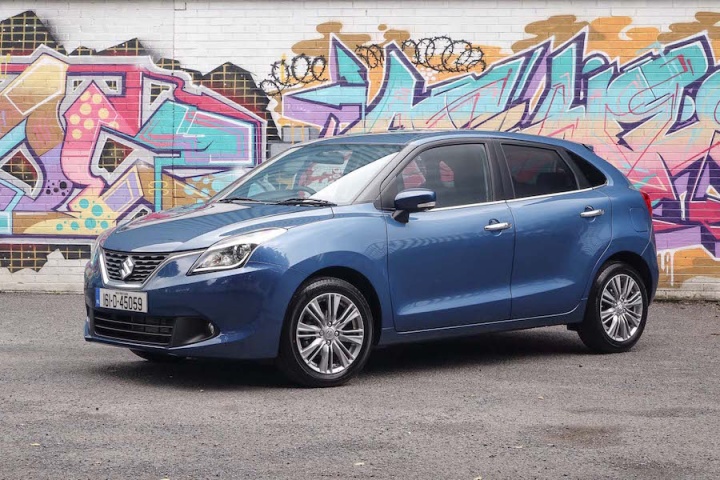 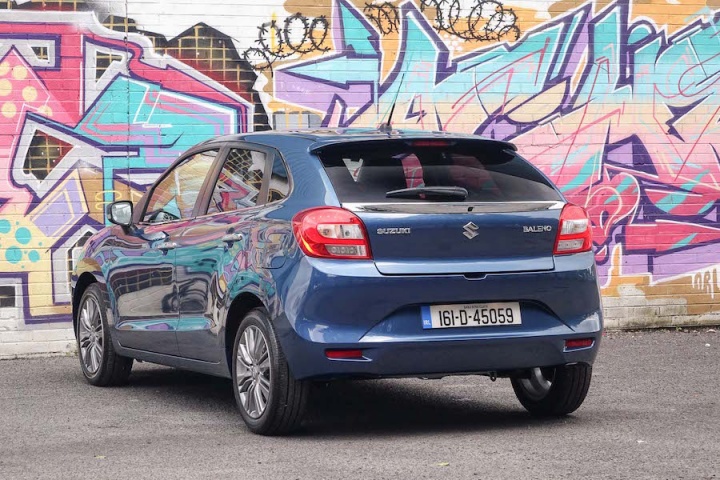 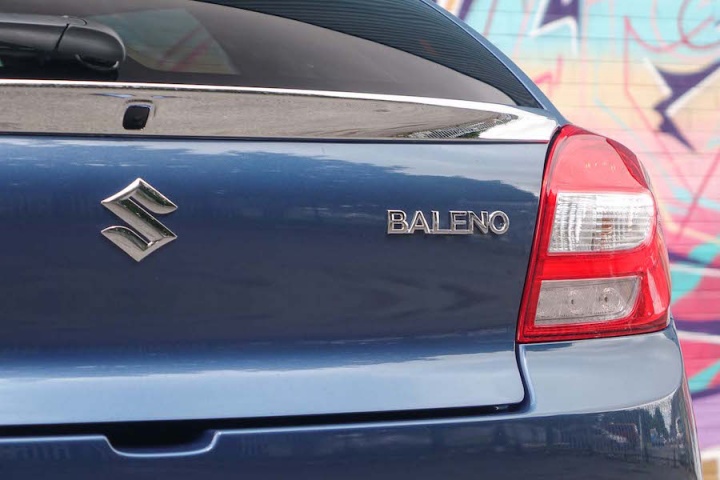 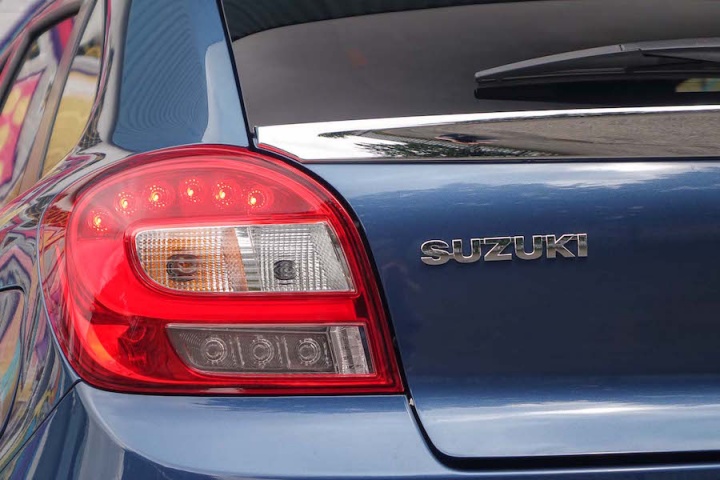 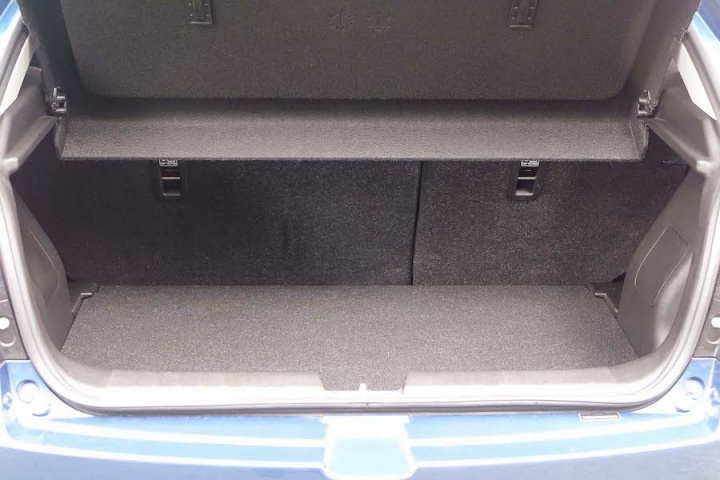 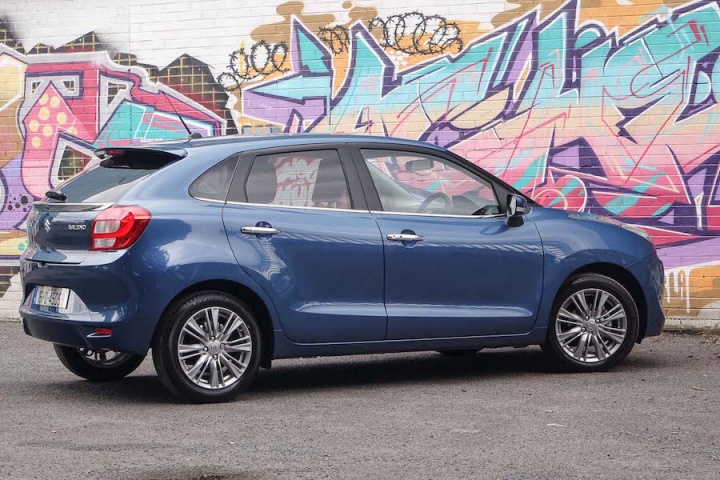 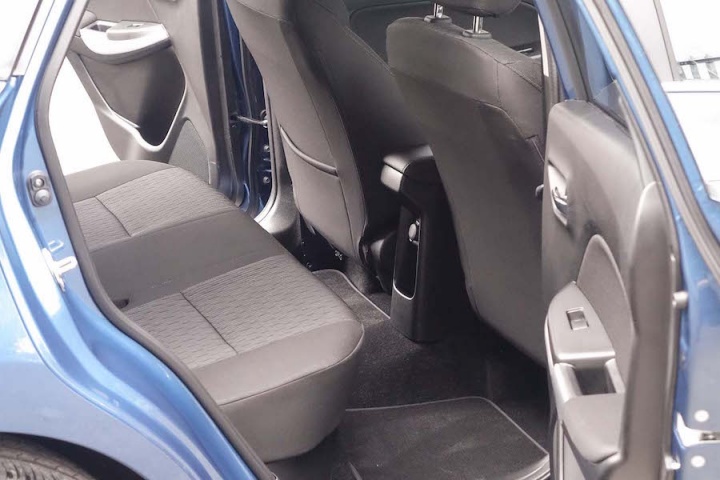 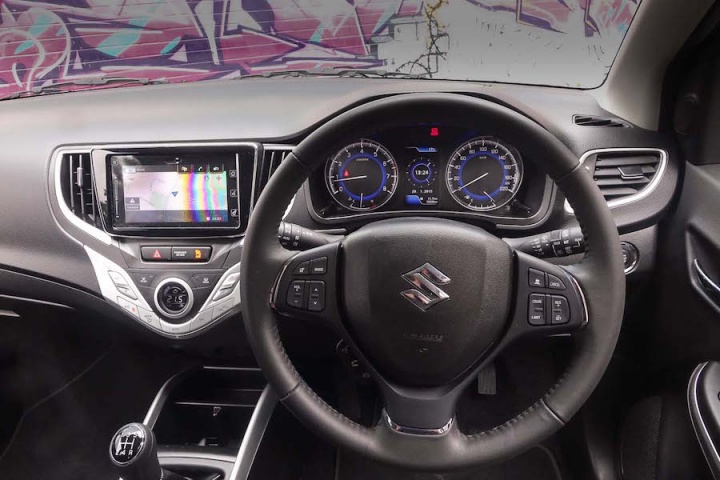 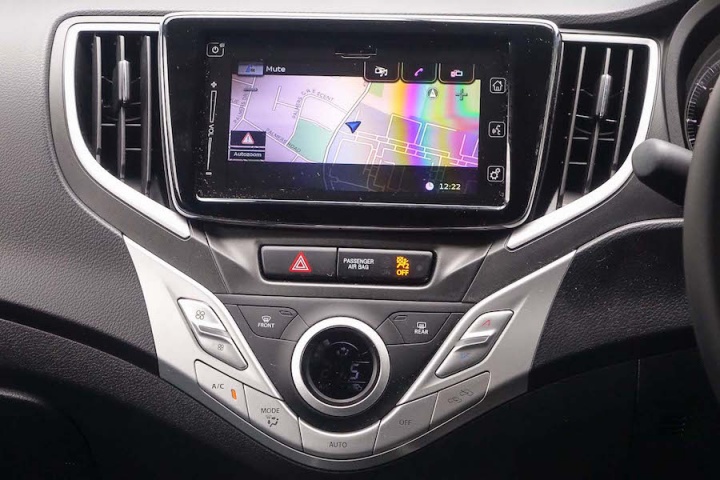 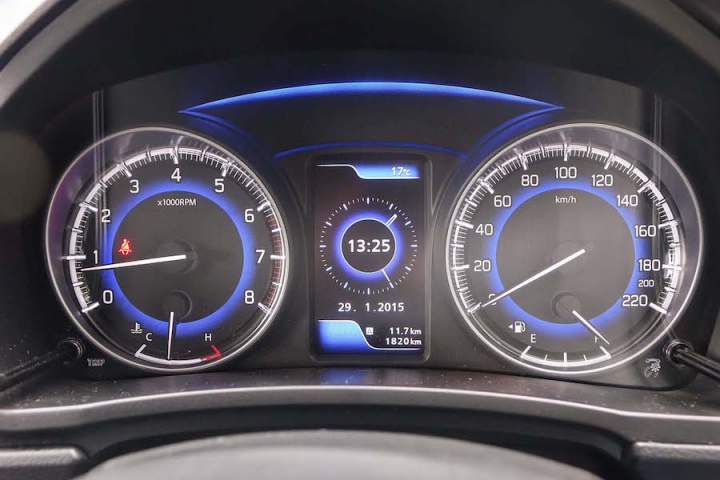 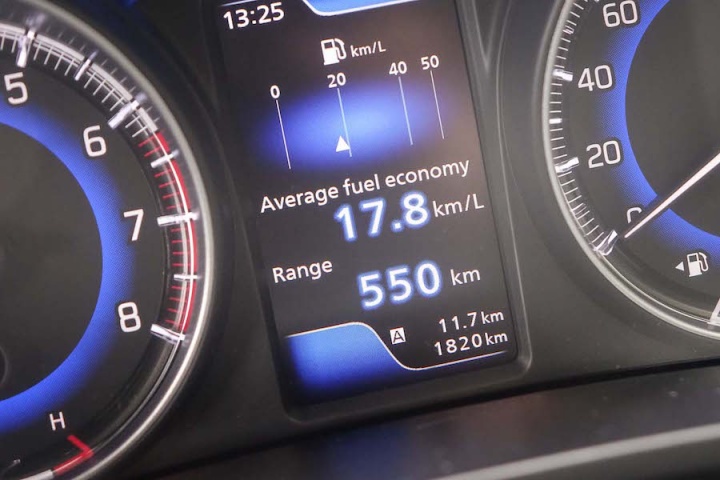 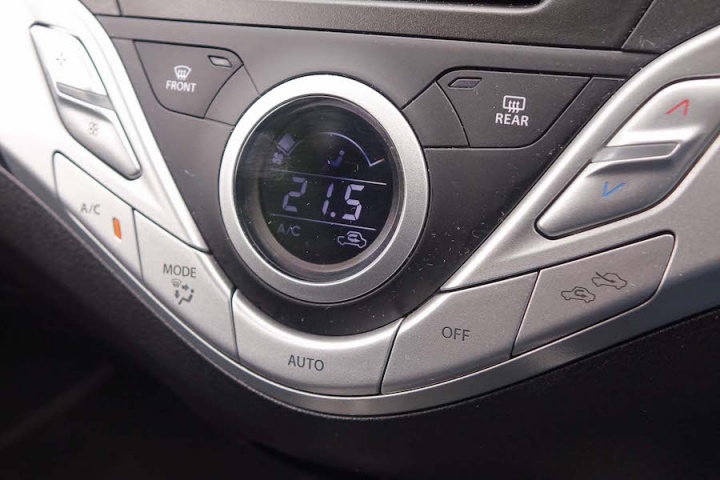 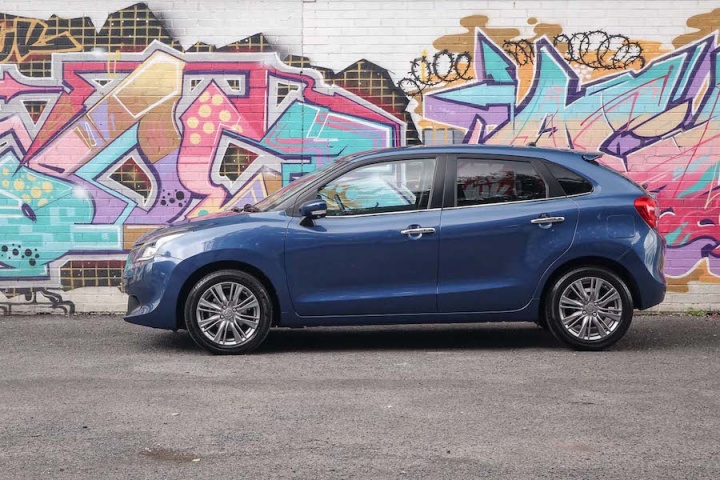 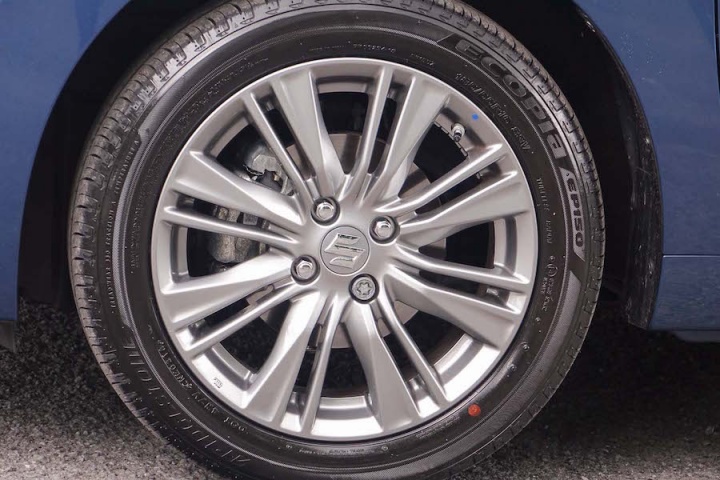 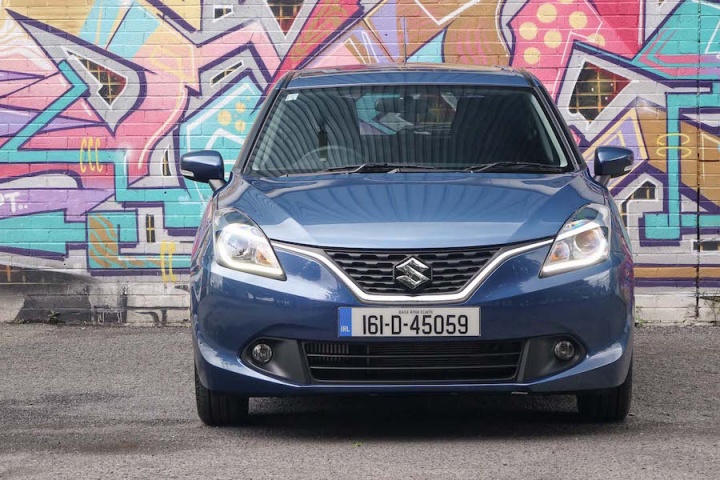 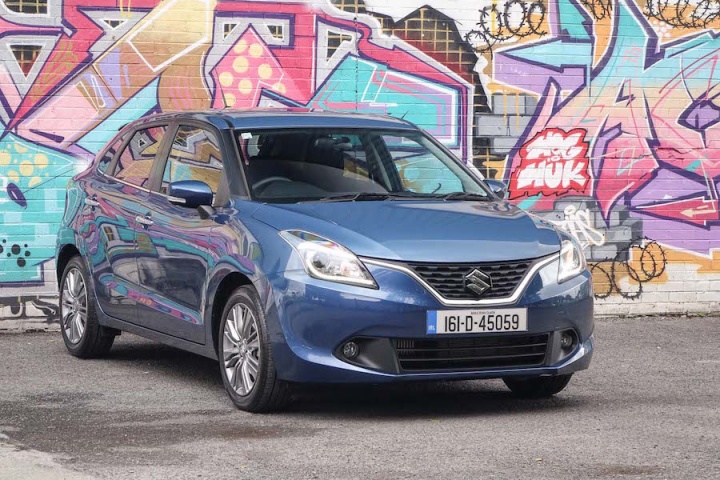 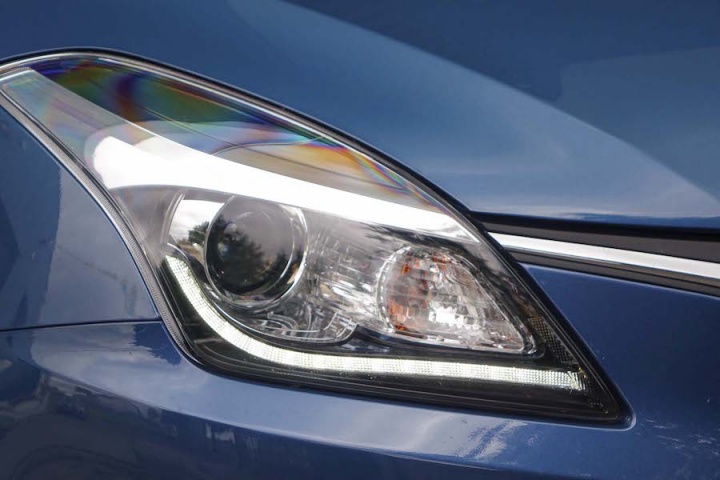 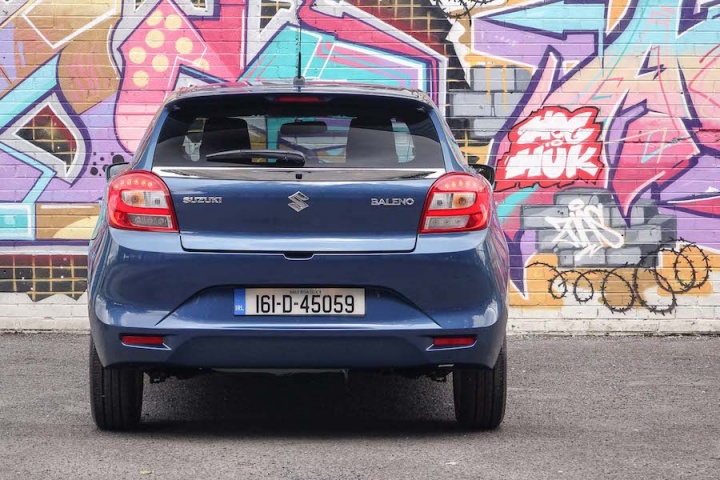 The Baleno's plain styling is the bushel 'neath which an especially bright light is hidden.

Not so good: styling rather dull, cabin plastics occasionally cheap.

One of the things I love most about this job of testing cars and telling people about them is the sheer level of contrast. That sensation when you hop directly from one car to another and find that even when you're going from the most expensive to the seriously cheap, there is genuine joy to be had.

Take this for example. For most people, kicking off a Monday morning by swapping out of a Volvo S90 (costing circa €70k) and hopping into a Suzuki Baleno (costing slightly less than one third of that price) would probably be a cause for disappointment. Even anguish. Maybe depression?

But it just wasn't, at least not for me. Which is not to downplay the Volvo, but to seriously play up the Suzuki. The Baleno isn't a direct replacement for any particular Suzuki model, but it's pretty close in principal to the old Baleno that went out of production in the mid-nineties. That one was compact and slightly dull to look at, but surprisingly spritely to drive and as close to indestructible as it was possible to be. It was lauded, even, by the late, great Russell Bulgin (a true legend of motoring journalism) as the ideal car with which to go chasing around after rally stages - quick enough to cover ground, tough enough to deal with the terrain, anonymous enough that no one was going to nick it.

The new Baleno ditches the original's four-door saloon body for a slightly plump five-door hatchback shape that, and there's no kind way to say this, looks utterly anonymous. I can kind of see what the designers were trying to do, bringing the line of the radiator grille up and out through the headlights and I bet it looked fine at the sketch stage, but frankly Suzuki needs to go back and have another run at this. Preferably handing the styling crayons to the same team that produced the current Swift and Vitara, both of which look far smarter to these eyes.

That plain-ness is echoed inside. There's nothing wrong with the way the dashboard or dials are laid out, but the styling is entirely generic. You are simply sitting in An Car made by An Company, which has been sourcing parts from An Supplier.

Hang on though, because as you sit down the Baleno's strengths are beginning to shine through. First of all, there's the big, shiny touch-screen in the centre of the dash. Now, this isn't some pricey top-of-the-line option; it's standard even on the €17k base SZ-T model, complete with satnav and a reversing camera. Which is just brilliant. OK, so some of the graphics are a bit Atari-esque, but the system actually works quite well and because it has Apple CarPlay, you'll probably just spend most of the time using your phone's graphic setup anyway.

Well, yes you'd say. Of course it is. It's so much more expensive than an equivalent Fiesta or Polo or Yaris. Well, no it's not actually. You see, the Baleno, size-wise, actually exists in a sort of middle ground between those small hatches and the larger family hatches above them. So it's more or less priced against a Fiesta, but it has cabin space and room not dissimilar to that of a Focus. It's really very roomy, and the 320-litre boot is better than decent.

But we haven't come to the Baleno's star turn yet. Which is its engine. The 1.0-litre 'BoosterJet' three-cylinder petrol turbo is right on the zeitgeist for a modern engine. Small, light and efficient, it makes up for lack of capacity with a turbo for extra grunt and a warbling exhaust note for a bit of aural entertainment. And it's a hoot. Like a true classic Japanese engine, it lives to rev, and zips around the tachometer while providing a very reasonable 82hp that, frankly, feels like 500hp when you start to get near the redline. Well, not quite, but it is really enjoyable to wring this little three-pot out.

Not expensive to wring out though. Even with a great deal of, ahem, 'enthusiastic' driving, the BoosterJet refused to drift much below 50mpg so it's going to be a very economical car to run. Emissions of 105g/km will help with that too, although it's worth pointing out that the 1.2-litre, four-cylinder 'mild hybrid' version is under the 100g/km mark and is almost as much fun to drive.

Fun to drive? Yes, up to a point. The Baleno's no junior hot hatch (although there's potential...), but it has light, accurate, quick-reacting steering and really very good chassis balance. There's copious grip at the front, well-controlled body roll and, even on streaming wet roads, the rear end stays perfectly planted and just where you want it to be. The only demerit is against the ride quality, which is generally fine but which can get a bit fidgety around town. You can't have it all, I guess.

So nearly all though. Here we have a compact, but roomy hatch with an efficient, but entertaining engine that's affordable, but stuffed with equipment and the latest in connectivity technology. Quite how you can go wrong with a new Baleno I can't quite see, and quite frankly, were I in the market for a small, cheap hatch right now, I don't think I'd look any further. As good as a €70k Volvo S90? In its own way, yes.

Ford Fiesta 1.0 EcoBoost review
Ford Fiesta vs. Suzuki Baleno 1.0 Boosterjet: ageing a bit now, but the Fiesta remains good to drive and has an excellent EcoBoost petrol engine. Not as much a bargain as the Baleno though.

Toyota Yaris review
Toyota Yaris vs. Suzuki Baleno 1.0 Boosterjet: almost as roomy in the back as the Suzuki, but it's nowhere near as well equipped.

Volkswagen Polo review
Volkswagen Polo vs. Suzuki Baleno 1.0 Boosterjet: beautifully made and with some very good engine options, but can't match the Suzuki for space nor price.