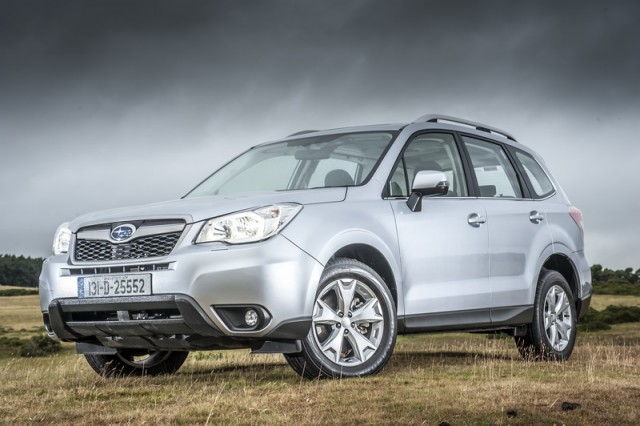 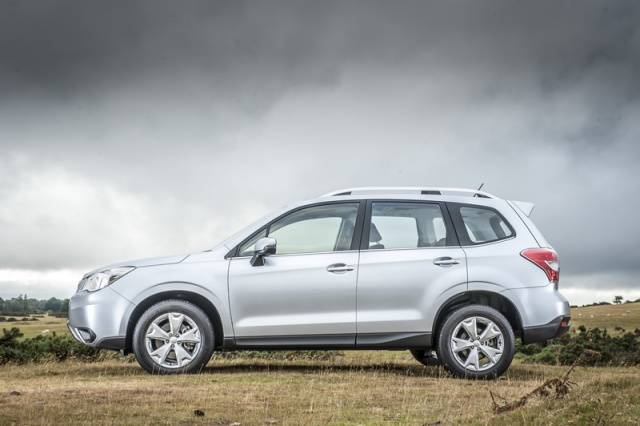 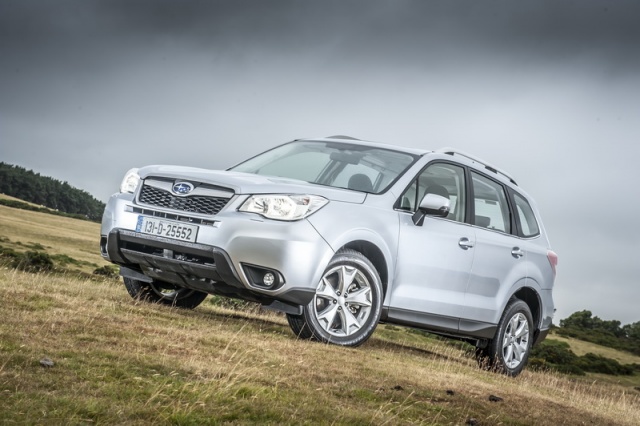 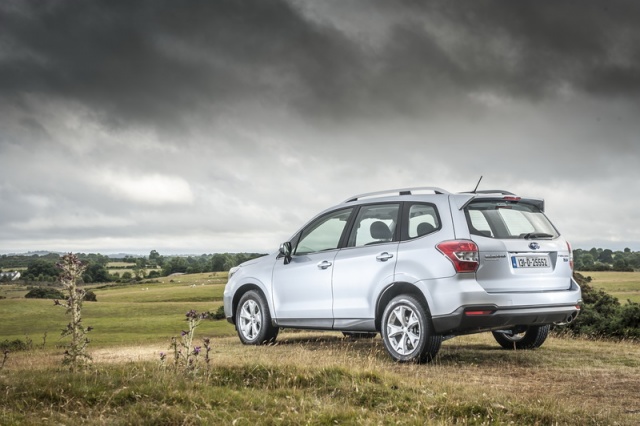 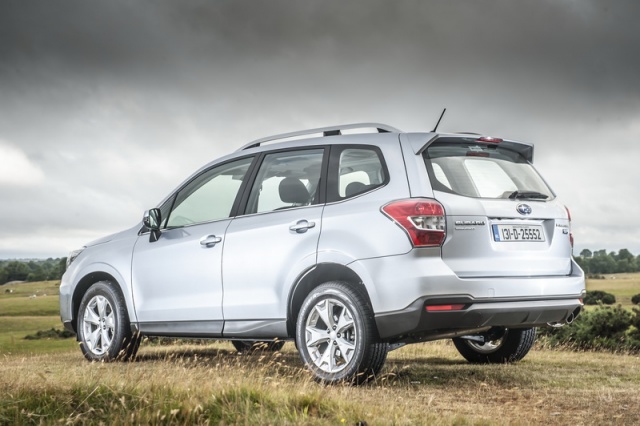 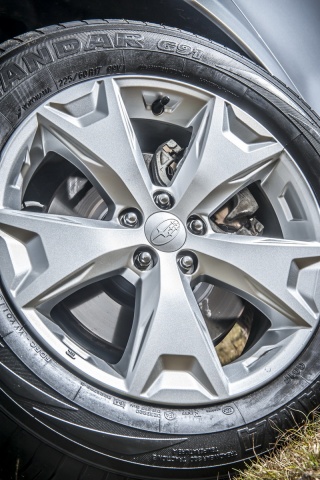 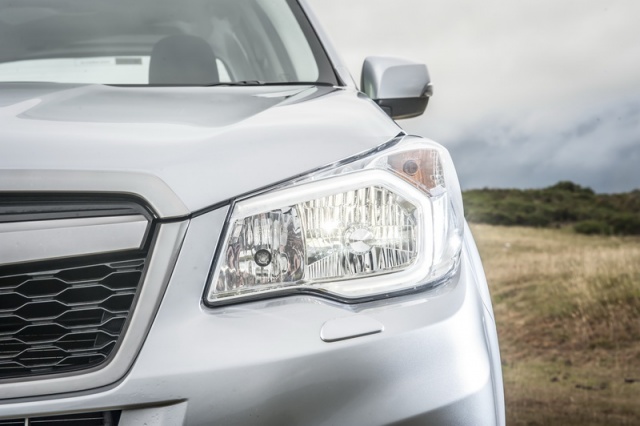 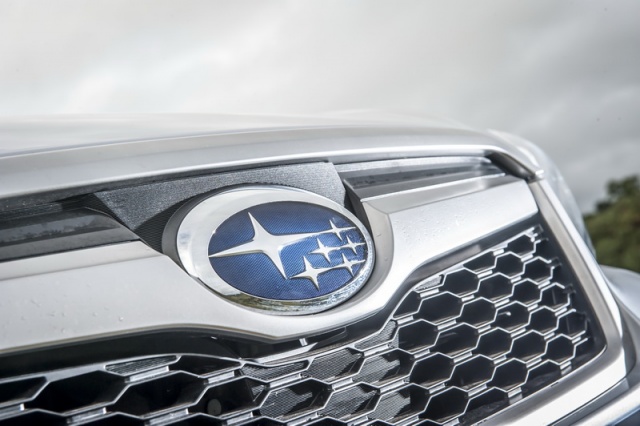 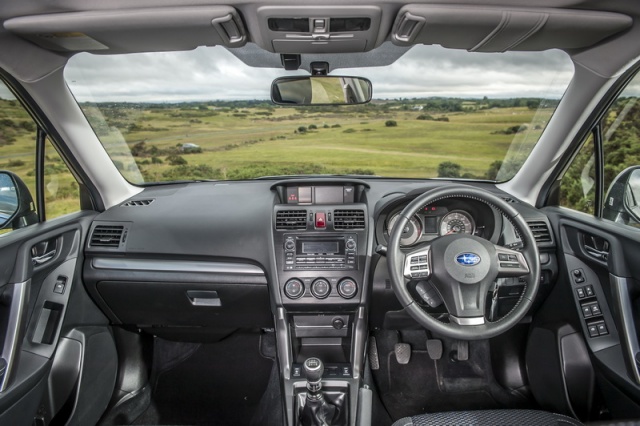 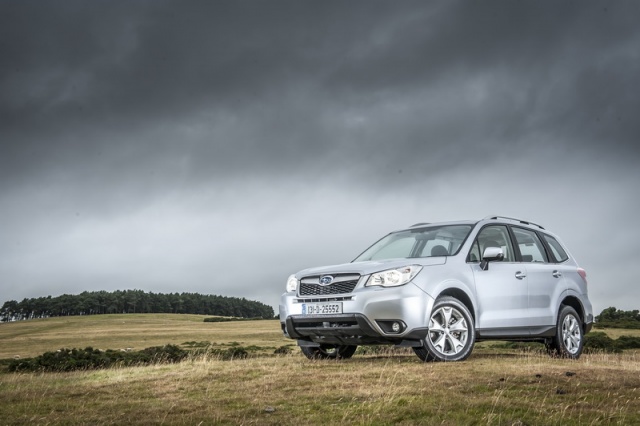 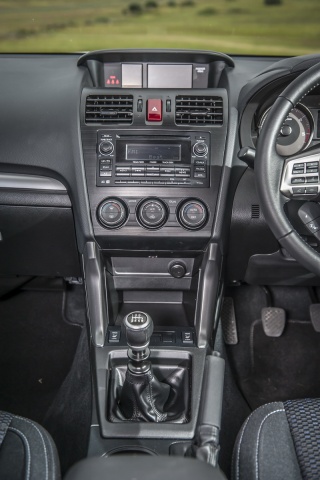 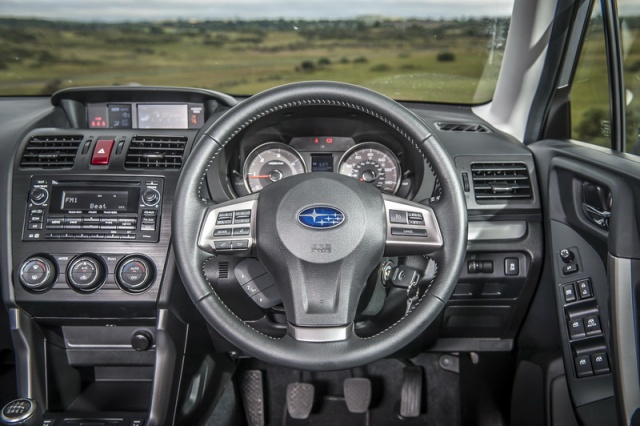 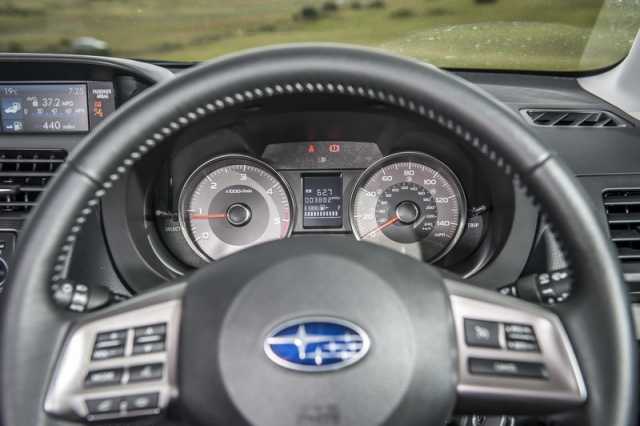 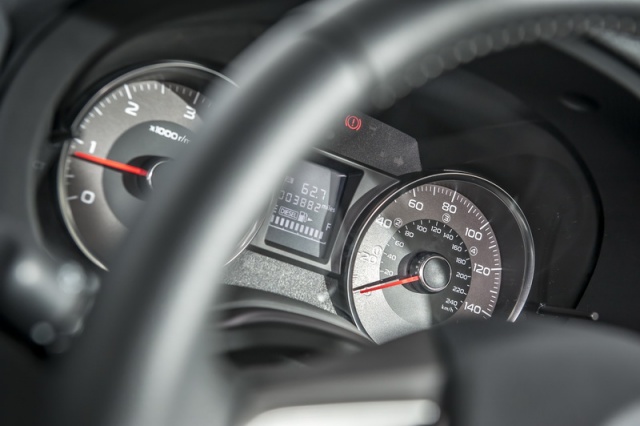 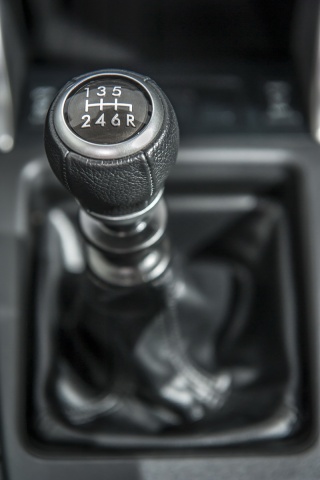 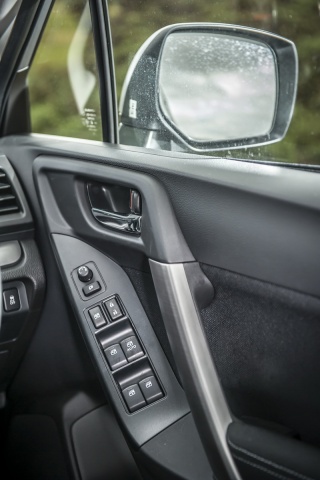 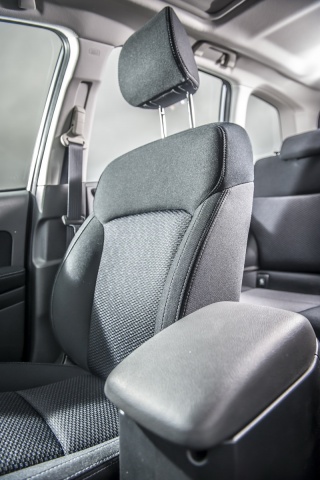 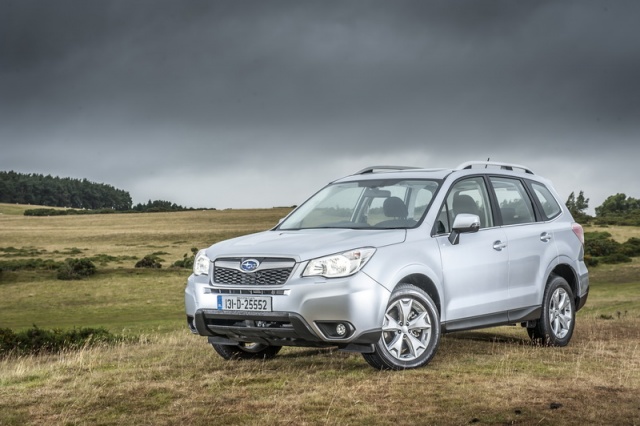 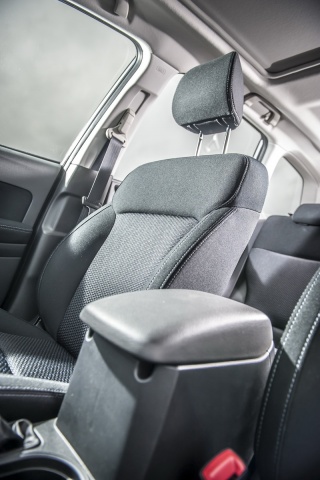 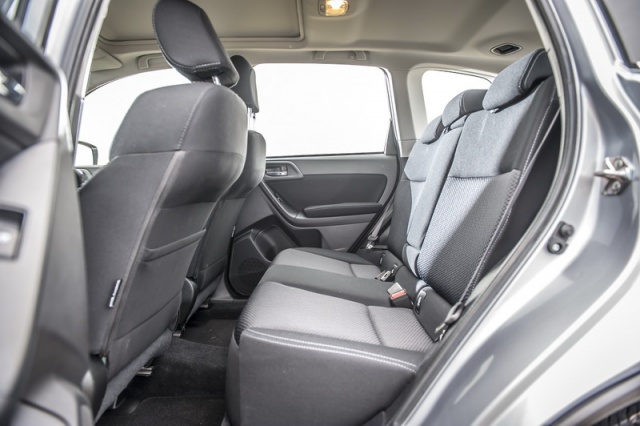 It's an all-new Subaru, but can it compete with the likes of the CR-V and RAV4?

Not so good: clunky cabin, bland styling, underpowered, quite pricey

Subarus have long since been something of an acquired taste. By buying one, you are generally making a statement that you care little for fashion, even for style, but care deeply about rugged reliability, proper four-wheel drive and high levels of utility. The new Forester is going to do nothing to change the prejudices of those who consider Subarus to be a touch out of step with motoring fashion, and everything to reinforce the opinions of the chosen few, who would simply never have anything else.

The key to the Forester is its 2.0-litre flat-four turbodiesel engine. It's a unique unit in its layout, and in that sense is both good and bad. The good parts are its unmistakable engine note (which sounds rather like a sewing machine factory being attacked by an angry, metallic bear) and the refinement and lack of vibration that comes from the flat-four layout. It's also peppier than you might think to drive, had you looked at the output figures. Circa 150hp isn't much to write home about these days, nor is 350Nm of torque, but on the road the Forester feels more fleet of foot than those numbers would suggest. It's relatively light for a 4x4, at around 1,500kg depending on the model, so those apparently paltry outputs can actually push it along quite nicely. It's decently economical too. Subaru quotes 5.9 litres per 100km on the combined cycle, and seeing as we managed 6.4 litres/100km over a week of predominantly urban mileage, that seems entirely realistic.

The Achilles Heel here is the CO2 emissions figure. At 156g/km for this range-topping version, you're going to be paying €570 a year on road tax, or as much as a 3.0-litre diesel BMW X5. True, you can cut that bill by going for the lower-spec (and 15kg lighter) X model, which clocks in at 150g/km (a figure matched, somewhat surprisingly by the 2.0-litre 150hp flat-four petrol model, fitted with a CVT automatic gearbox), but whichever one you go for, the Forester has unfashionably high CO2 emissions.

If that engine is unique, then so too is the driving experience. The steering at first feels very light, with a curious lack of self-centring action, but once you acclimate to it, there's a surprising amount of proper road feel coming up through it. That, combined with strong grip and excellent traction from the symmetrical four-wheel drive (always a Subaru tradition) and the low centre of gravity thanks to the flat-four engine, means that the Forester is actually pretty good fun to drive. It's always sure-footed (Forester owners will be among the few praying for snow this winter) and more than a little enjoyable when the going gets twisty. The ride quality is a bit of a mixed bag; big bumps are dealt with well, smaller ones trigger jiggles, but you can file it in the drawer marked 'fine'.

While we're talking mixed bags, there's the interior. On the plus side, it's spacious (with a massive 505-litre boot), bright and airy (especially with the optional panoramic glass roof) and mostly comfy. I say mostly, as after a while the driver's seat does start to feel a bit perched up and narrow, which may make the Forester less of a long-distance companion than it ought to be. On the downside though, the cabin fittings and fixtures look and feel, in places, at least a generation out of date. You can see that Subaru has made some effort in this regard, especially around the neat and high-quality ventilation and heating controls, but everything else from the radio fascia to the column stalks to the tiny colour display screen (which on the XC incorporates a peer-into-a-jam-jar reversing camera display) all appear to have come from a five-year-old Toyota. Again, this will not be news to Subaru fans and owners - the firm traditionally regards the cabin as a functional space, not a canvas for styling flourishes, but it would be nice to see something a bit more invigorating.

Still, the appeal of a Subaru has always been in its mechanical package, not its cabin appointments and that remains true of the Forester. While I do think it's a shame that this new model has moved further away from the original's tall estate car style, it remains something of a beguiling car. Yes you can quibble about the cheap feeling cabin and the too-high emissions figure, but the Forester is one of those rare modern cars that exhibits true character. Clunky it may be in parts, but it's also massively practical, can mix it with the likes of the Land Rover Defender in the dirt and mud and, given Subaru's history, will probably never, ever break down. Plus, it has one of the few diesel engines to provide proper aural interest and it's surprisingly engaging to drive.

Yes, you can rightly accuse it of being too expensive and it will get hammered in sales terms by the likes of the Hyundai Santa Fe and the cheaper (but similarly sized) Toyota RAV4. But for the hardcore few true blue Subaru fans, there will be no substitute, and that is just as it should be. An acquired taste? Yes, but a deeply delicious one. 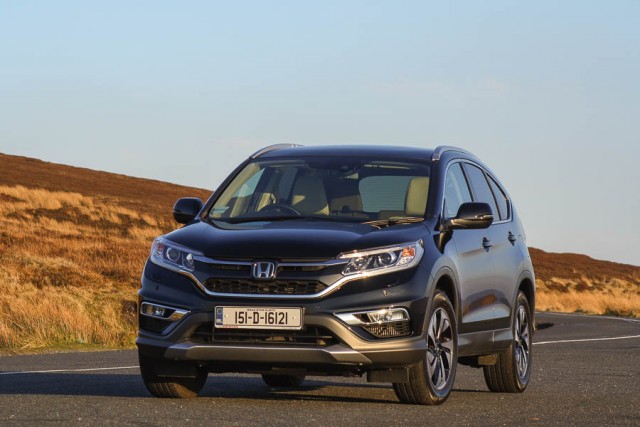 Honda CR-V 1.6 i-DTEC AWD review
Honda CR-V vs. Subaru Forester: more spacious and handsome than the Forester, and has a Band A 1.6 diesel engine. 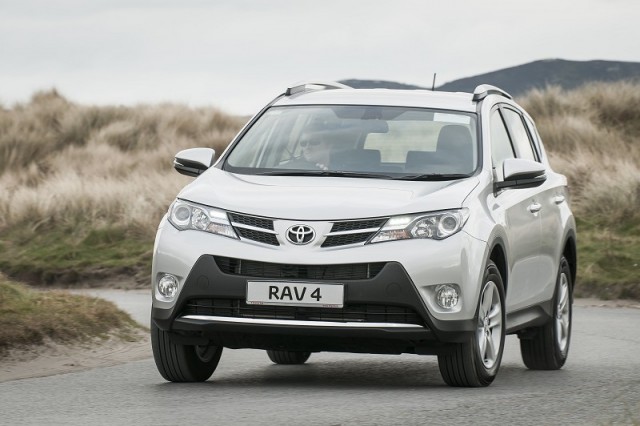 Toyota RAV4 review
Toyota RAV4 vs. Subaru Forester: smaller and cheaper than the Forester, but with similar cabin space and likely similar reliability.