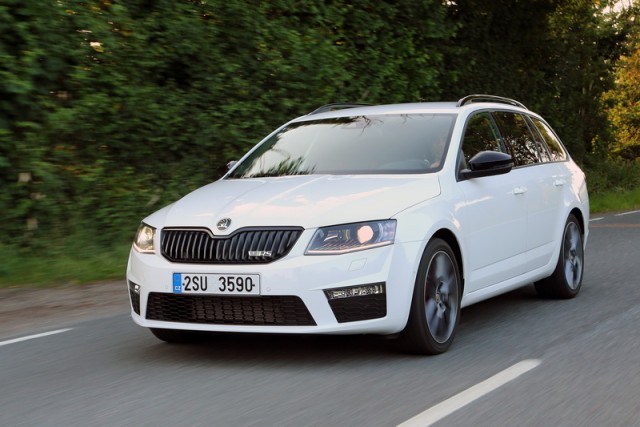 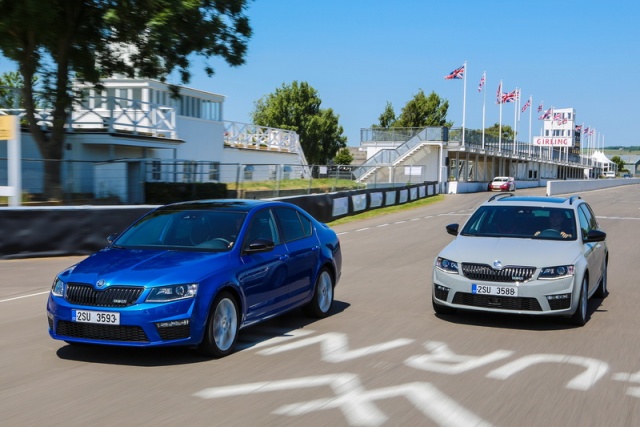 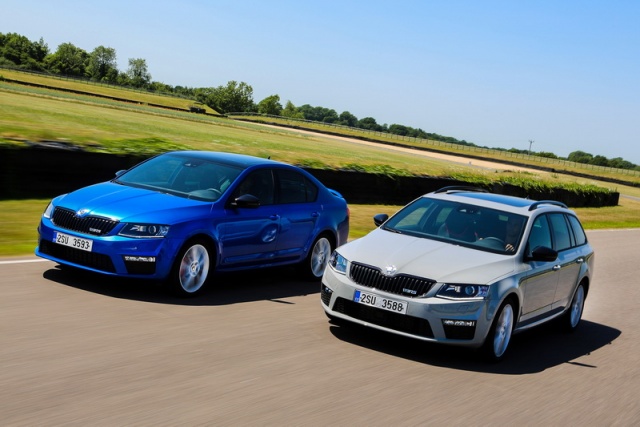 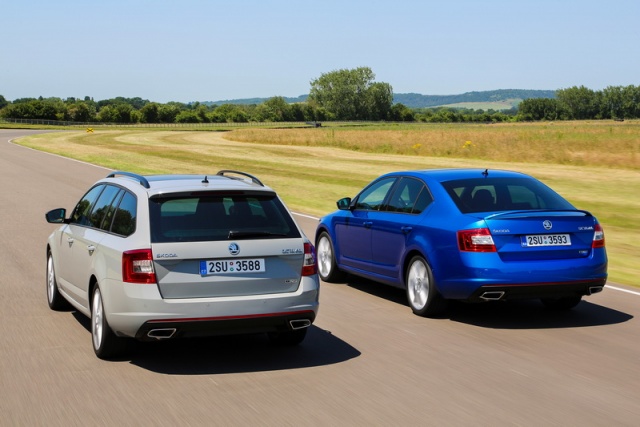 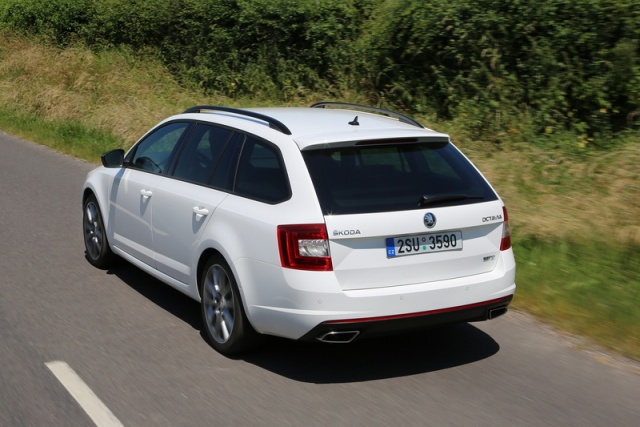 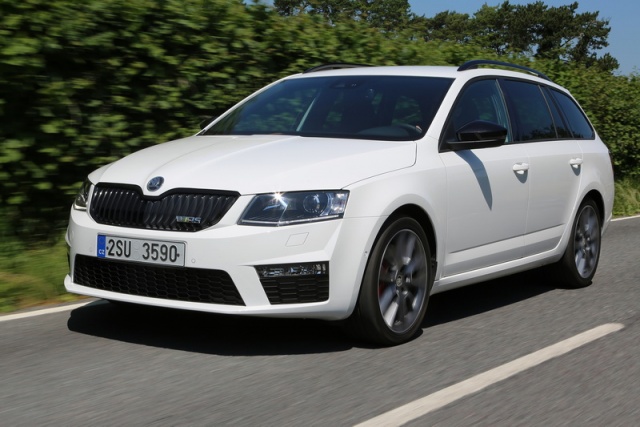 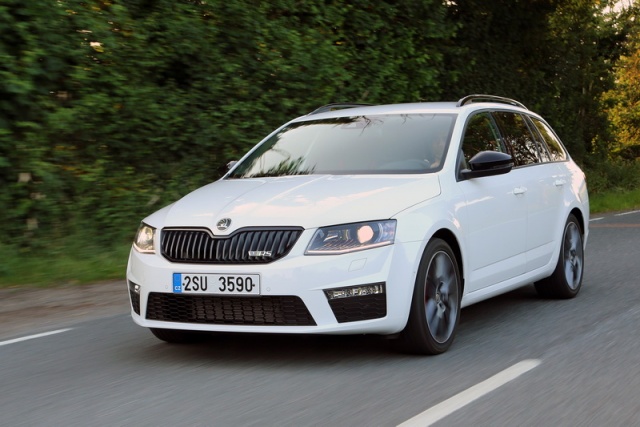 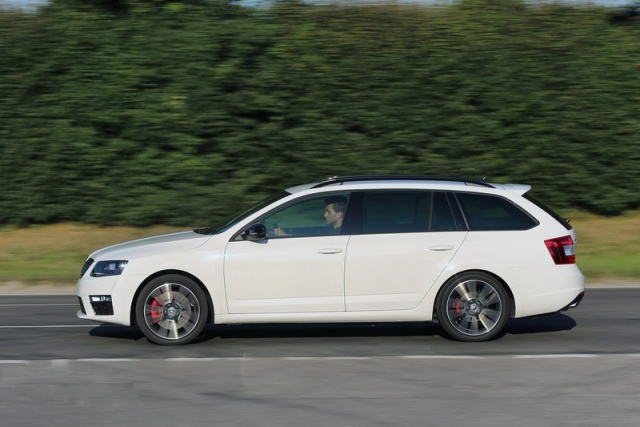 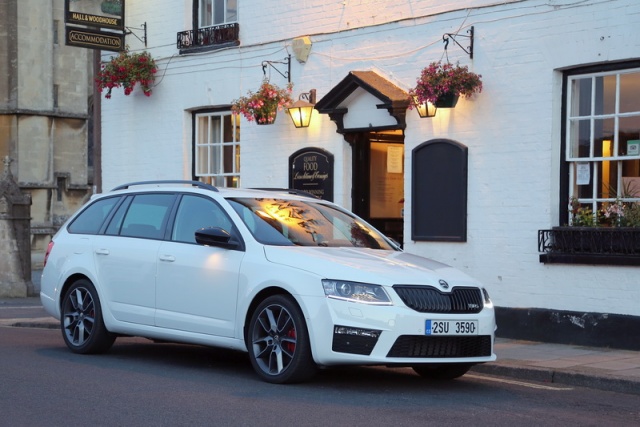 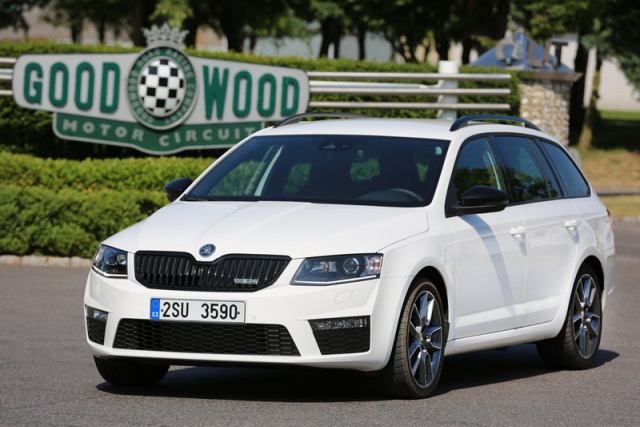 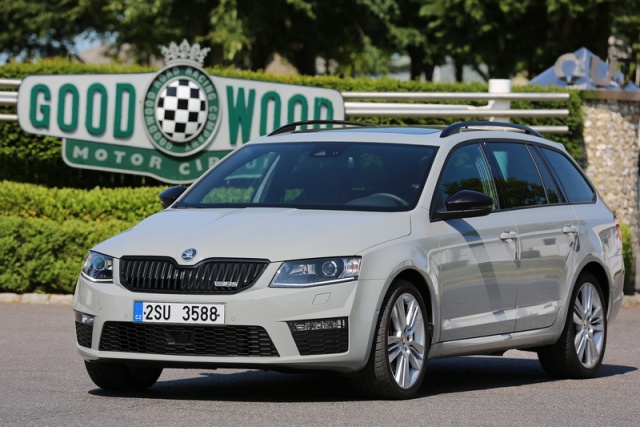 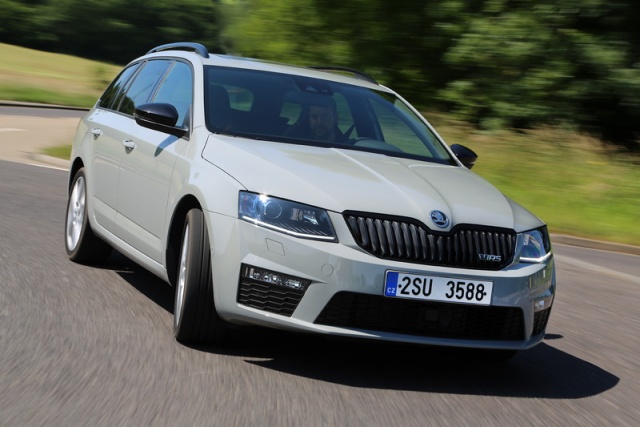 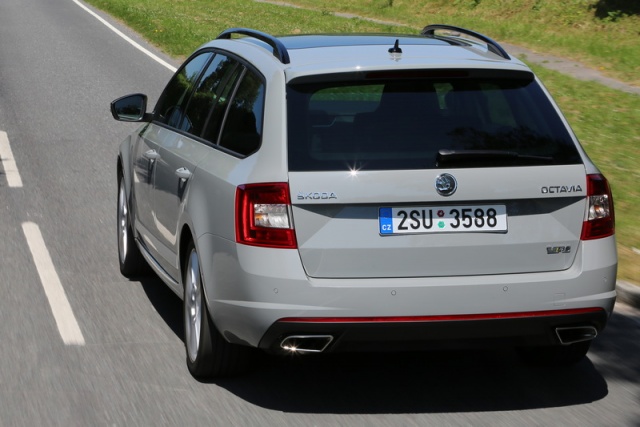 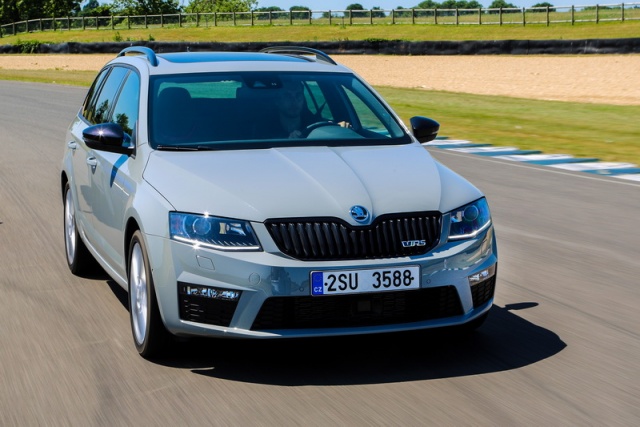 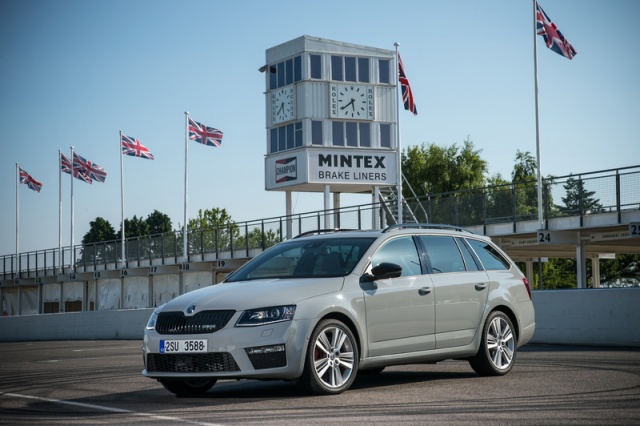 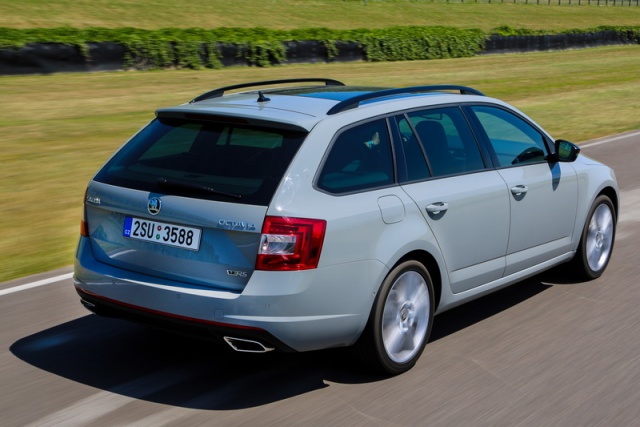 Skoda ups the performance stakes with its latest Octavia RS.

What was once a little known performance version with almost cult status, the latest RS-tuned Skoda Octavia is gunning after the more established competition, and in Combi form could prove to be the ultimate all-rounder.

In the past there wasn't a great deal to visually separate the standard and RS models from Skoda, something the Czech brand has taken on board and rectified with its latest generation of Octavia RS. The front-end now has a more aggressive look thanks to a restyled bumper and the inclusion of bi-Xenon headlights with LED daytime running lights as standard.

The overall stance of the car is also improved due to the revised suspension, which sees the Octavia RS Combi sit 13mm lower (1mm lower even than the RS saloon) helped furthermore by the standard 18-inch alloy wheels, which nicely fill the wheelarches. Towards the rear the signature C-shaped light clusters come in LED form while below are two large, trapezoidal-shaped chrome exhaust tailpipes exiting from either side of the black rear diffuser.

Inside, not a great deal has changed in comparison to the standard model, though there are some subtle reminders, both in the seats, steering wheel and gear stick that this is an RS model.

Skoda claims that the new RS is the most powerful car it has ever made, but it also expects the majority of buyers to go for the less powerful 2.0-litre TDI diesel engine rather than the petrol consuming 2.0-litre TSI unit. The difference in power is a considerable enough 36hp but with the diesel offering a hefty 380Nm of torque, most won't complain too much.

The first thing you do notice with the diesel powered RS is the noise, or lack of. If I'm honest it is one area that Skoda seems to have slightly dropped the ball on. Yes, many people will much prefer the fact that the RS is quiet - in a sense adding further to its 'Q-car' status, but personally, I wish it had a slightly greater sense of occasion to it. Lack of noise aside the TDI model does pack a rather respectable punch, and its ability to eat up vast lengths of tarmac even when in higher gears is impressive.

Lowering the suspension has helped give the Octavia a more planted feel, especially at higher speeds. The setup just hovers in that sweet spot between firmness and being well-damped enough to make living with it on a daily basis manageable. When you do decide to push on a bit harder in the RS the steering remains well weighted and thanks to a new electro-mechanical steering rack minimal amounts of input are needed - even when threading the car through the tightest of Welsh B-roads we found.

Shifting with the manual six-speed gearbox doesn't feel all that special, and some drivers may prefer the DSG automatic version. The manual, despite containing a good mix of gear ratios, doesn't feel any sportier in comparison to a standard Octavia's gearbox, which, along with the lack of a meaty engine note, was the only other blot on the RS's copybook for me.

It's not often that sports seats deserve a specific mention but the designers who crafted the front seats in the RS have not only created pews that look good; they - more importantly - remained supremely comfortable even after our six-hour drive across the UK. Certainly one of those hidden gems you realise only with ownership rather than on the dealer test drive.

In keeping with the rest of its range, Skoda has a pretty good standard package with the new Octavia RS. For most the diesel option will give enough real-world thrills while not making any substantial damage to the bank account when it comes to fuel costs. For those that wish to splash out that bit more on the inside, Skoda offers a larger touchscreen infotainment display that brings a very 'premium' look and feel to the cabin, albeit with a relatively premium price to match.

Just two engine options will be offered with the Octavia RS, both of which will give similar levels of performance in real-world scenarios. But with a €1,700 price difference between the (cheaper) diesel and petrol engine, and only a €1,000 jump from hatch to Combi, the ideal car to go for might just be the manual petrol Combi. Shocking, huh?

Skoda must be complimented on the job it has done with the new Octavia RS, but even after some enthusiastic driving one is left with the wish that the engineers had made it a little more raucous. It is of course no slouch and perhaps the levels of refinement mask some of performance on display. Part of me also wonders whether Skoda hasn't made it quite hot enough or made the standard Octavia a little too good.