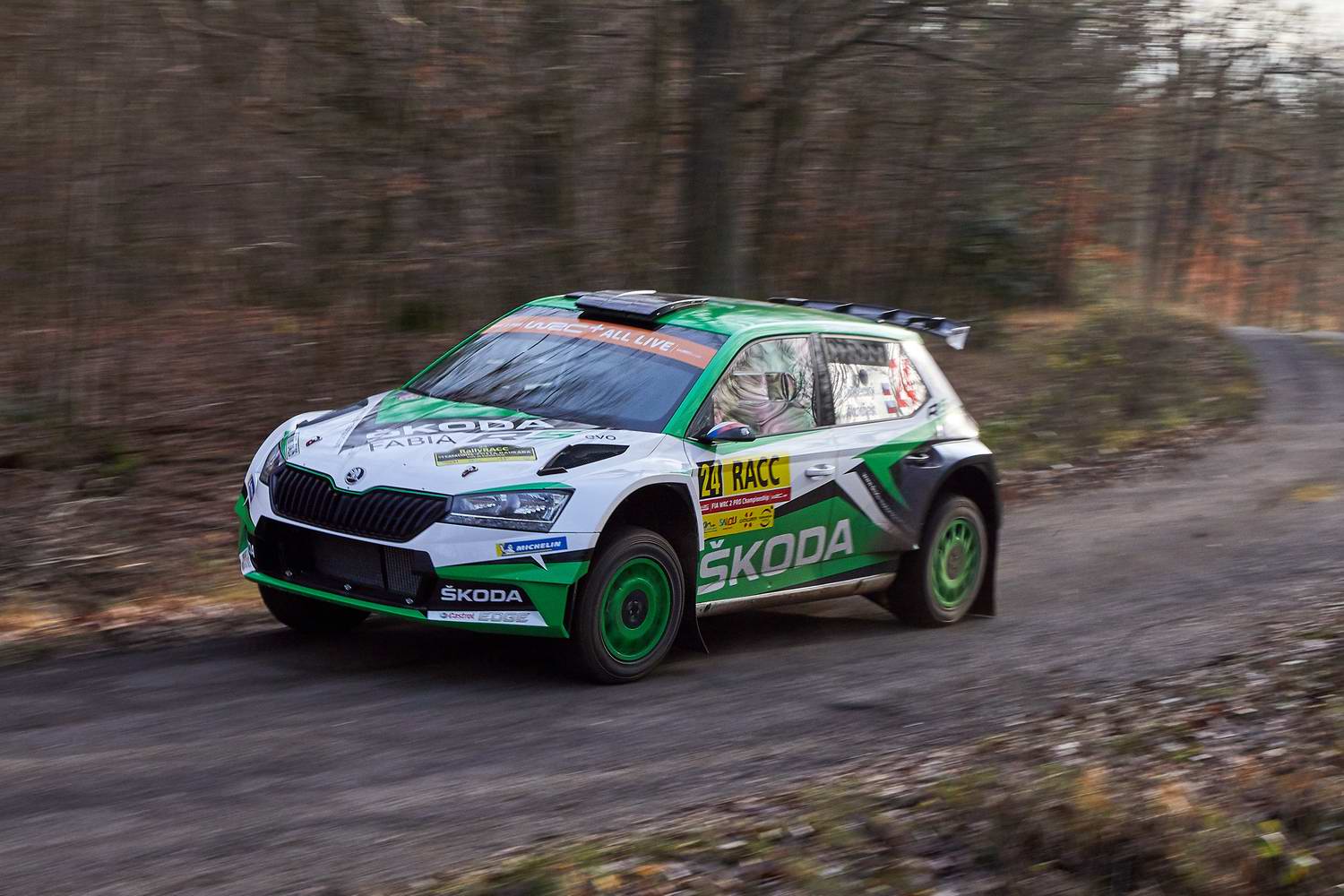 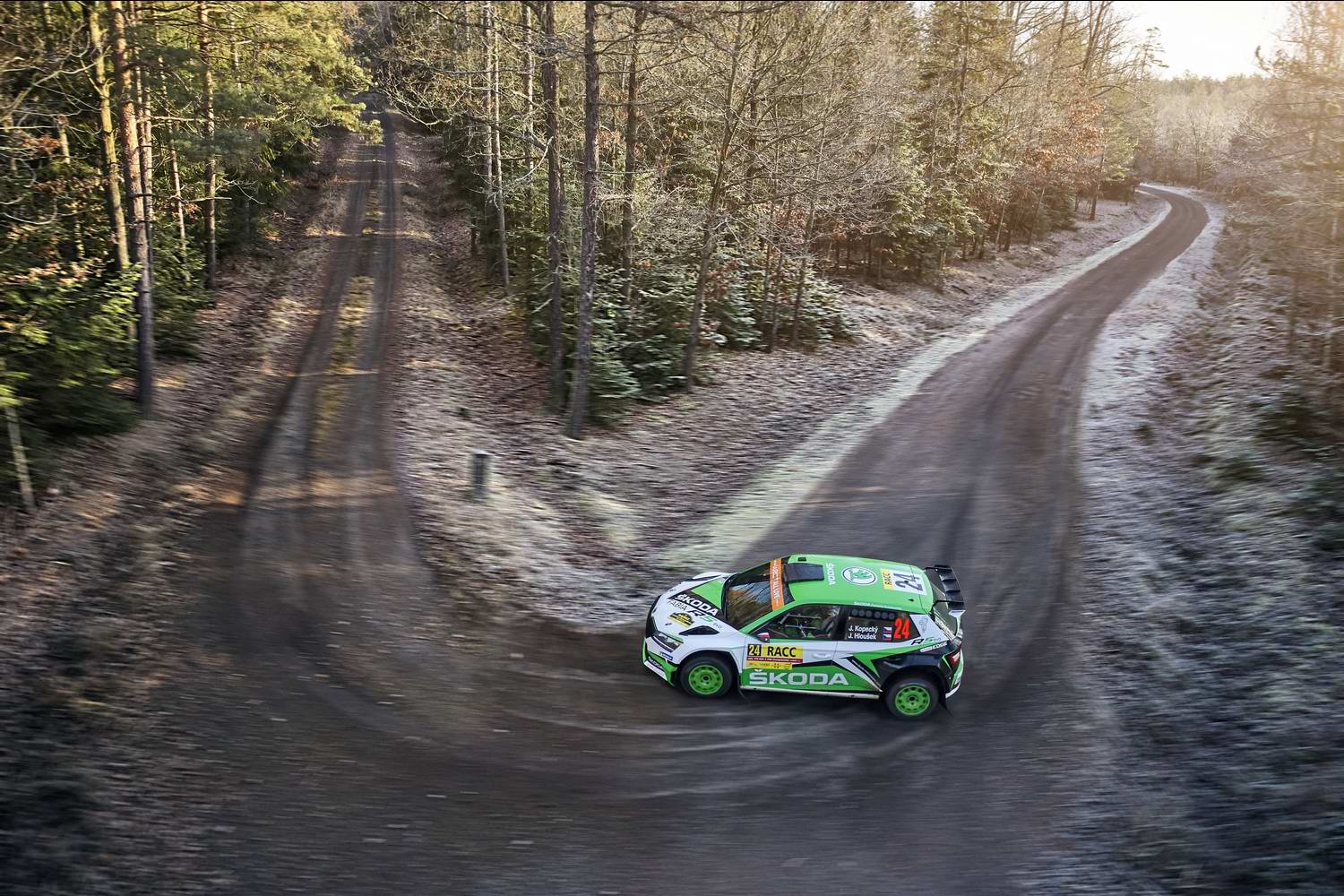 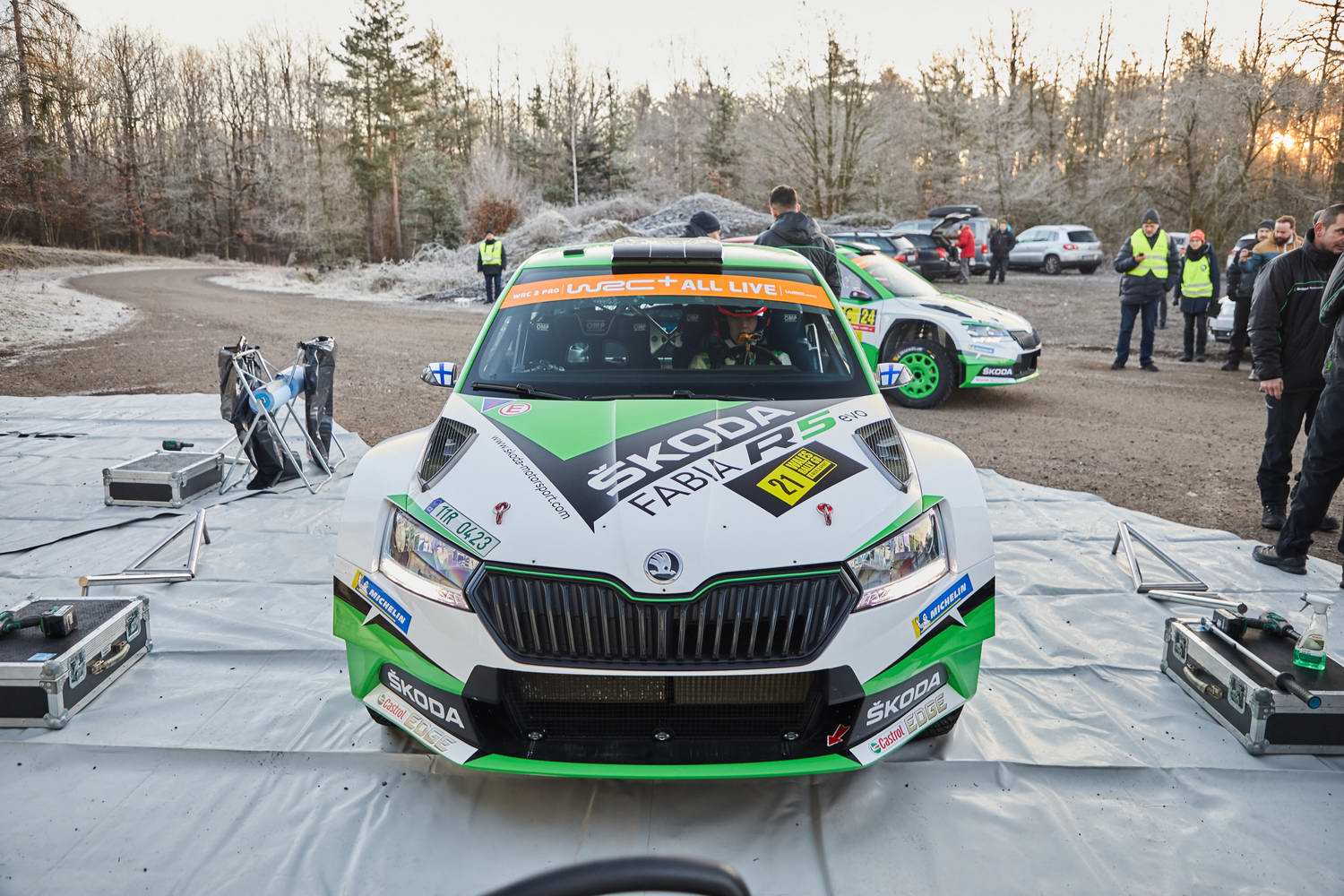 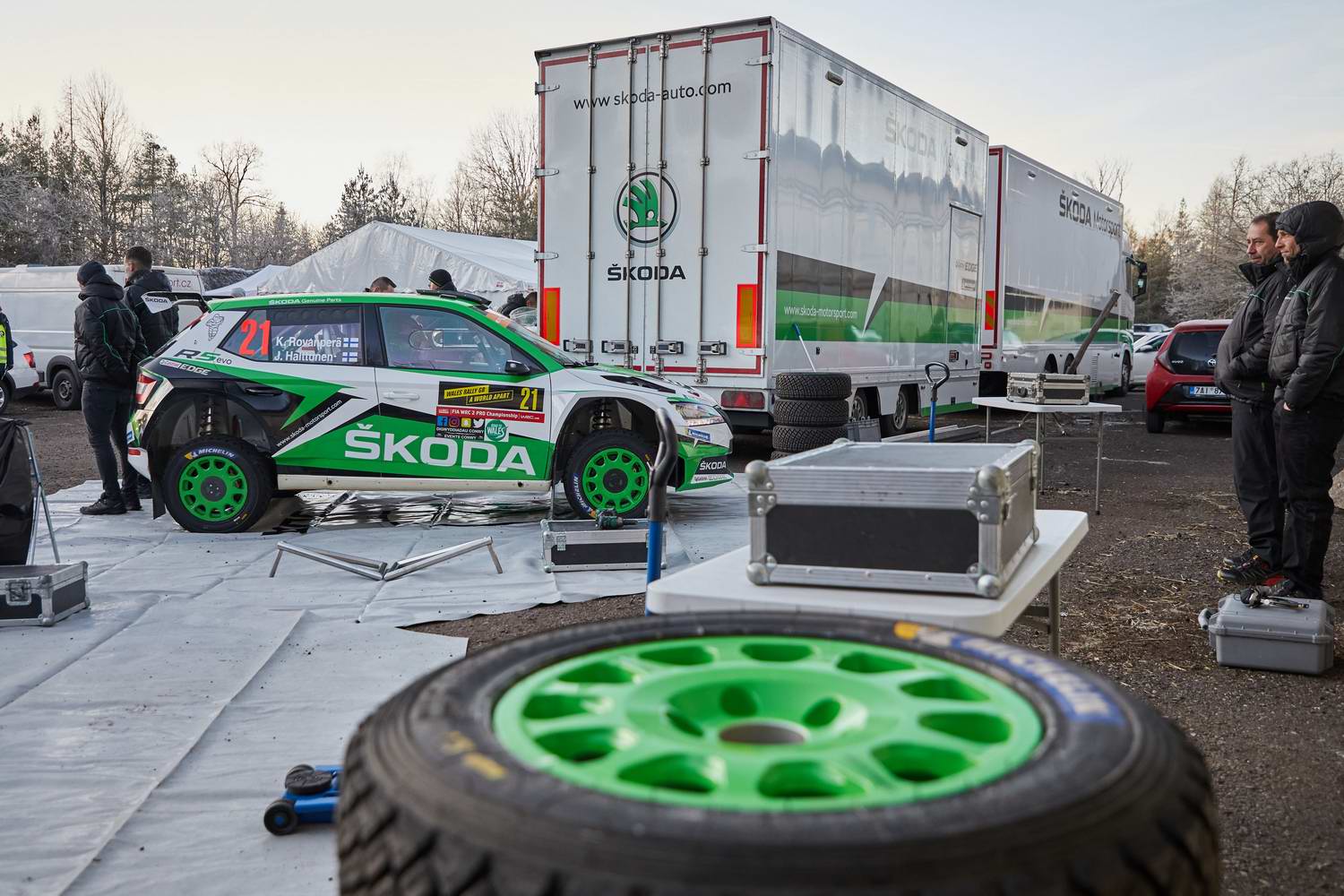 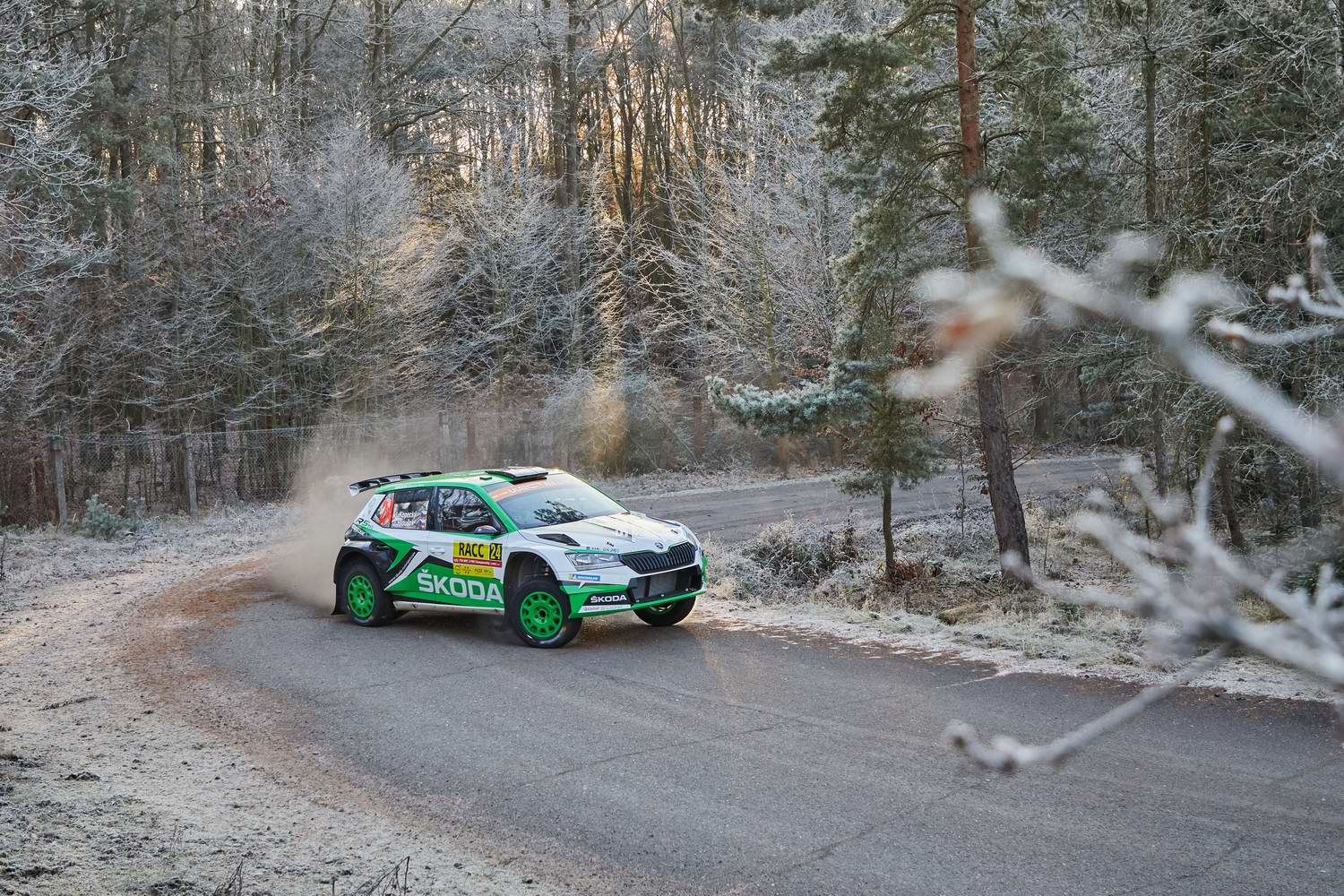 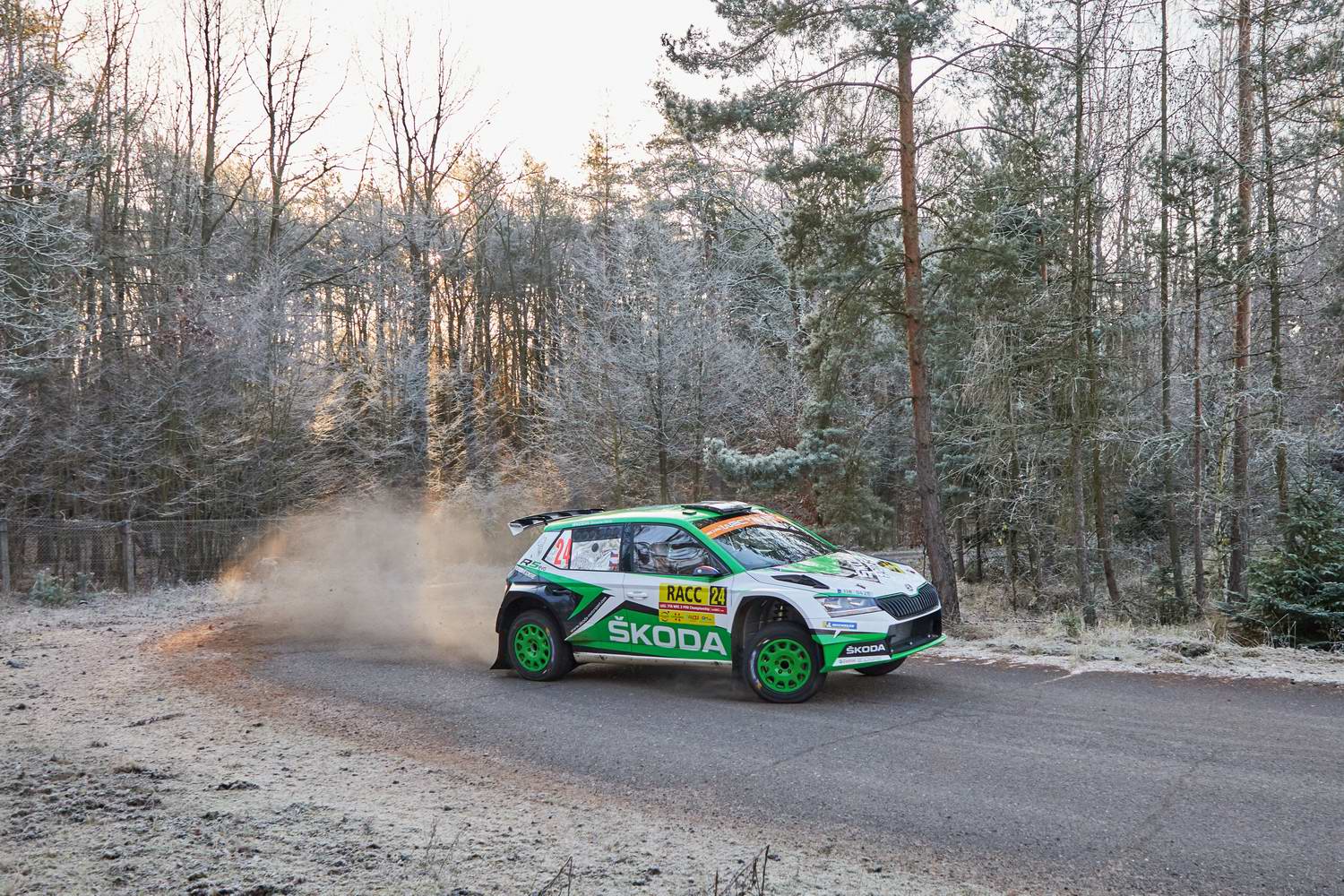 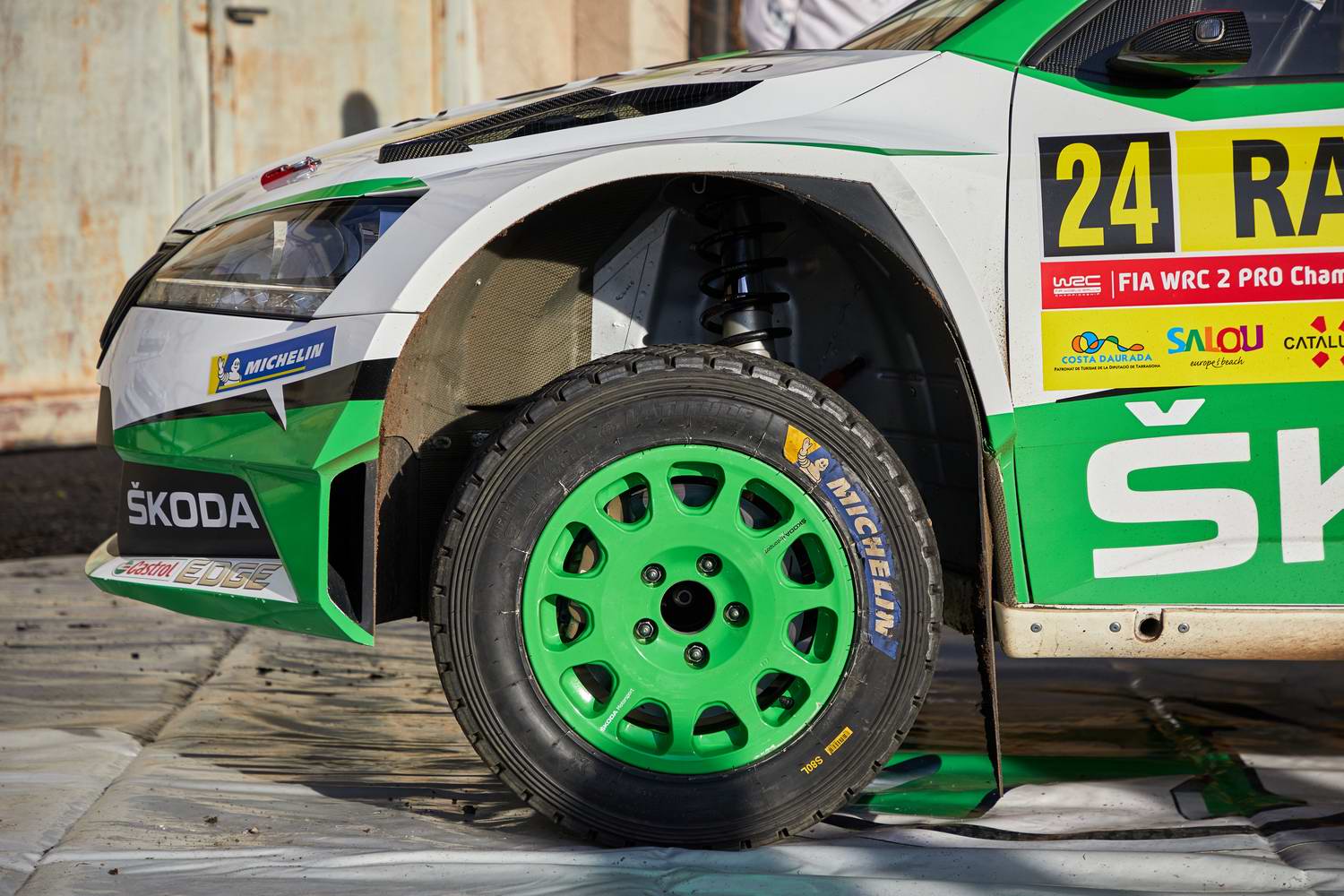 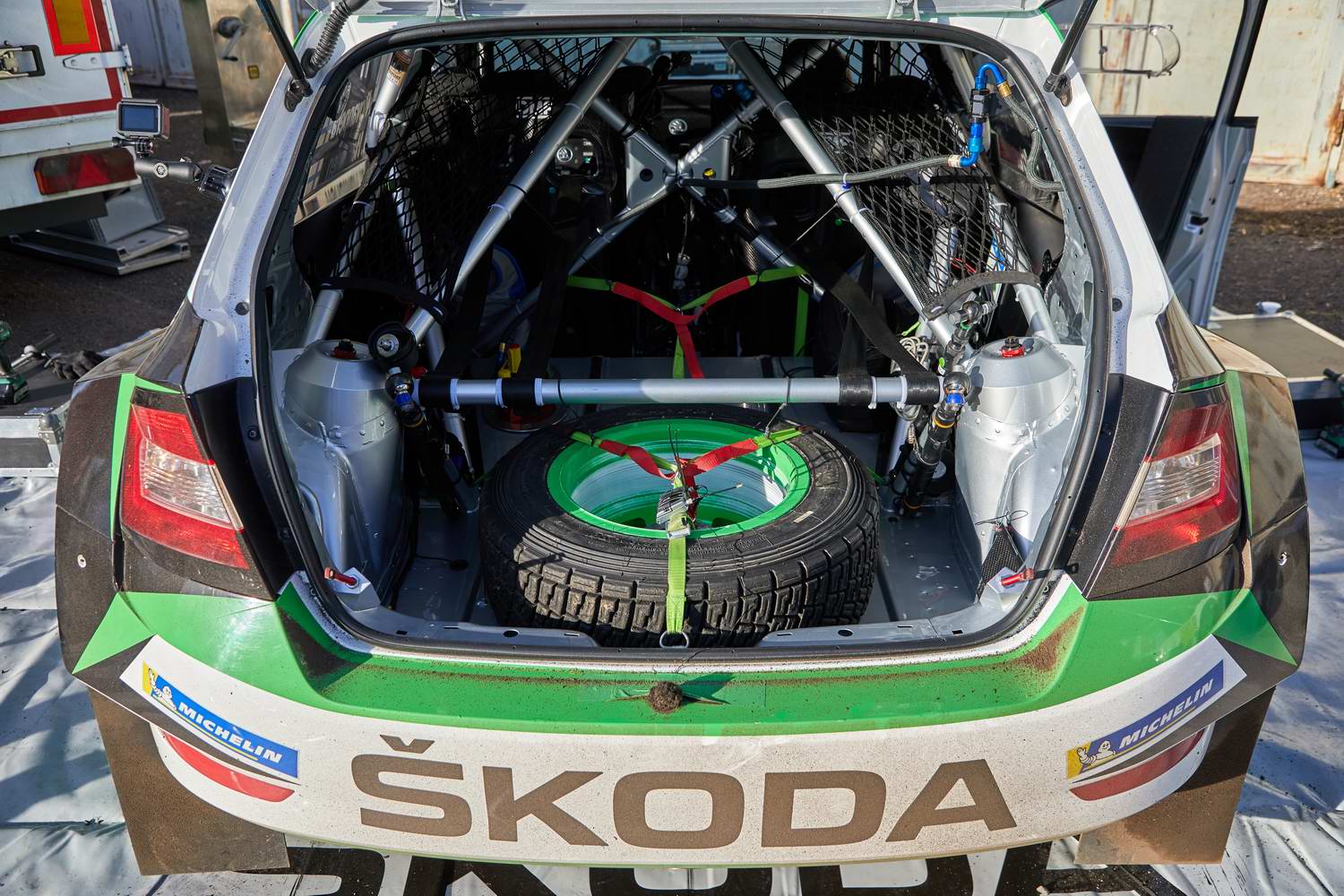 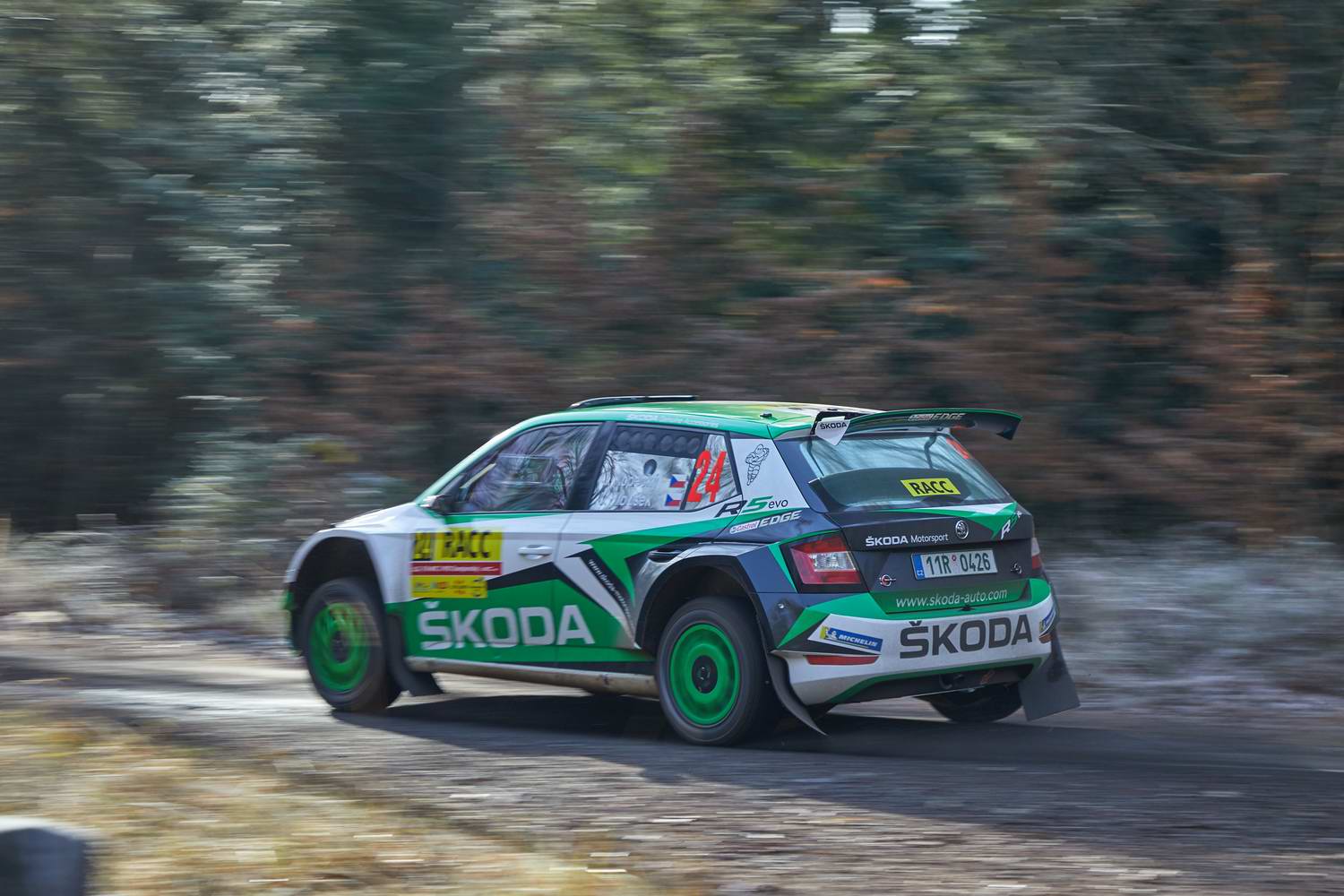 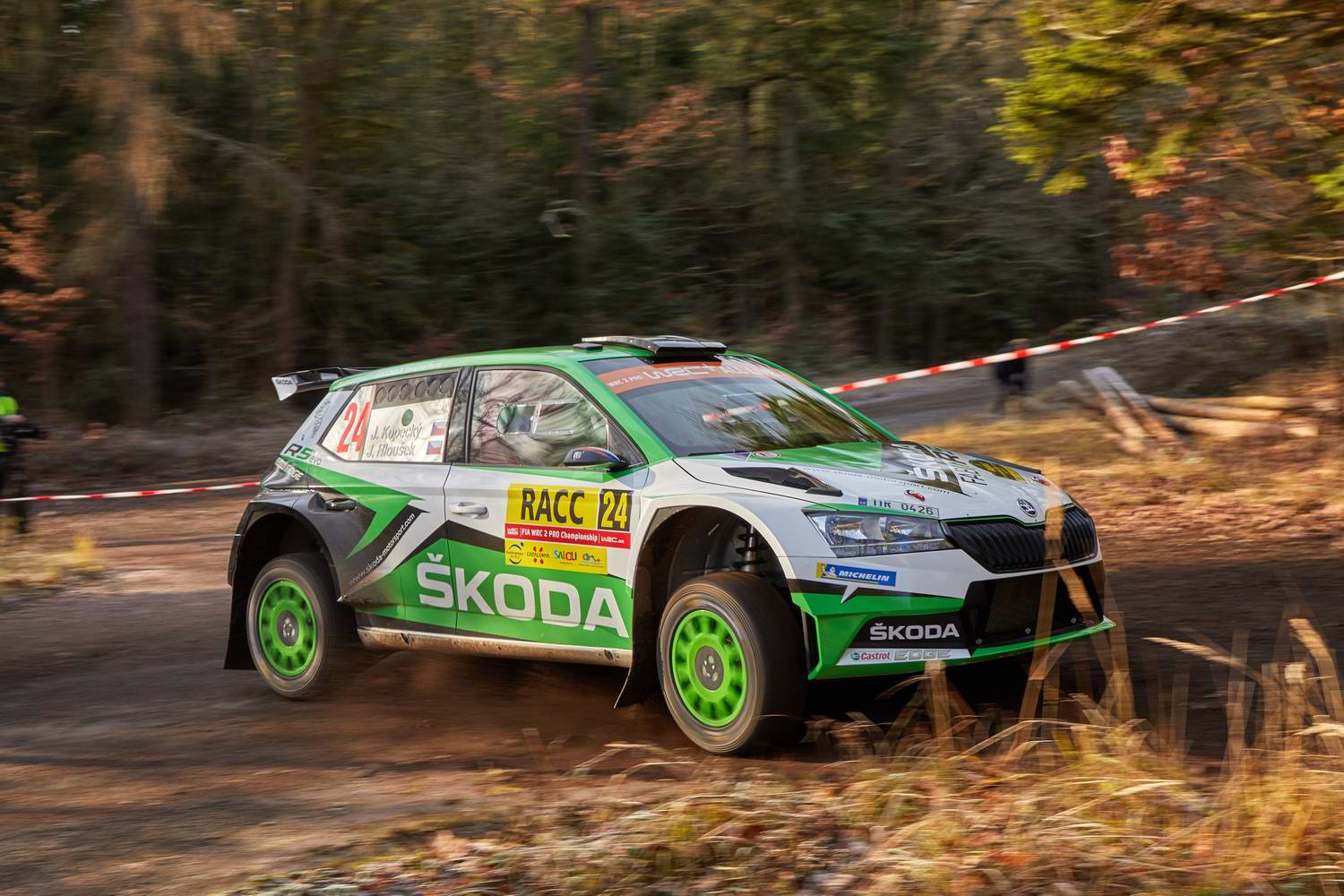 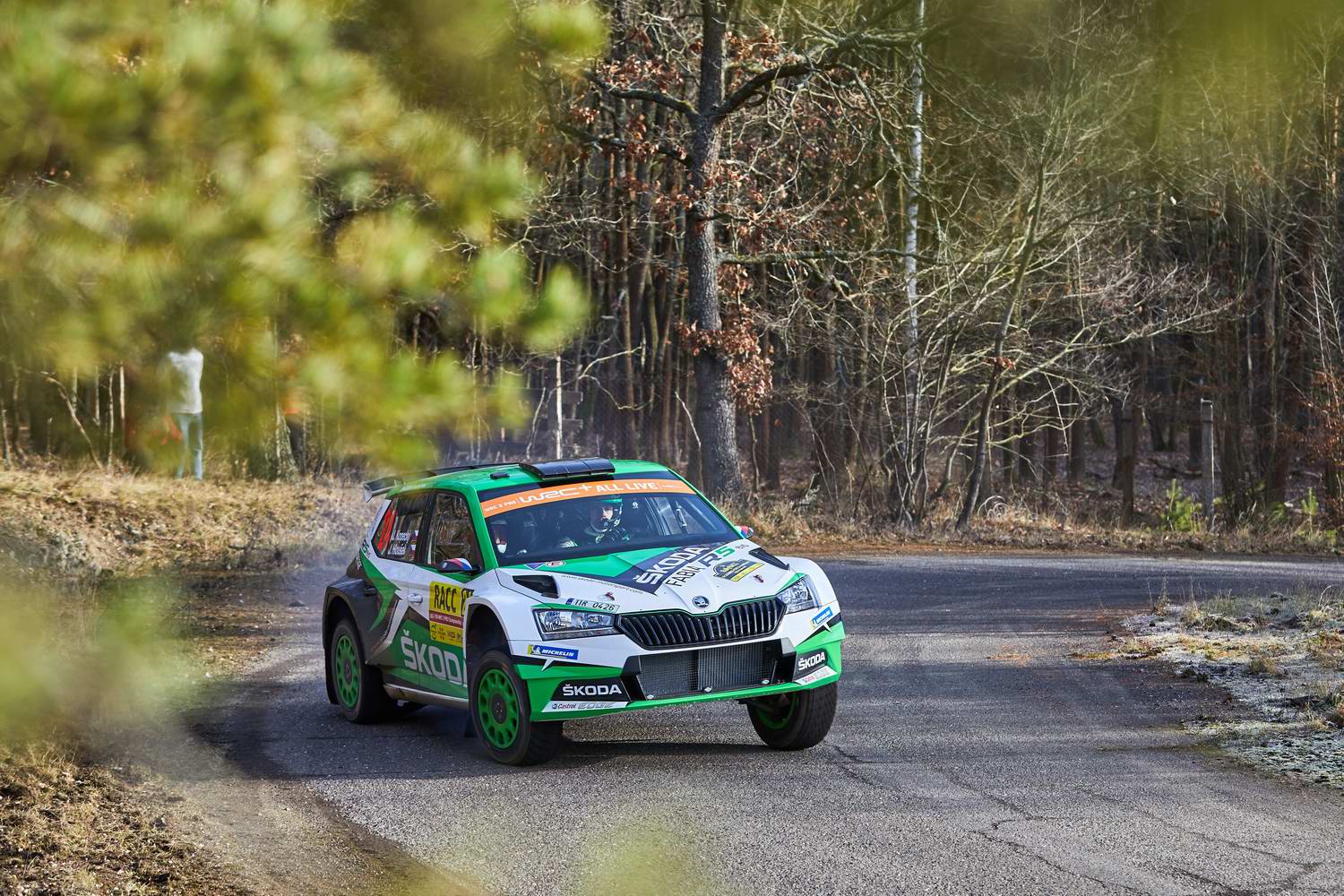 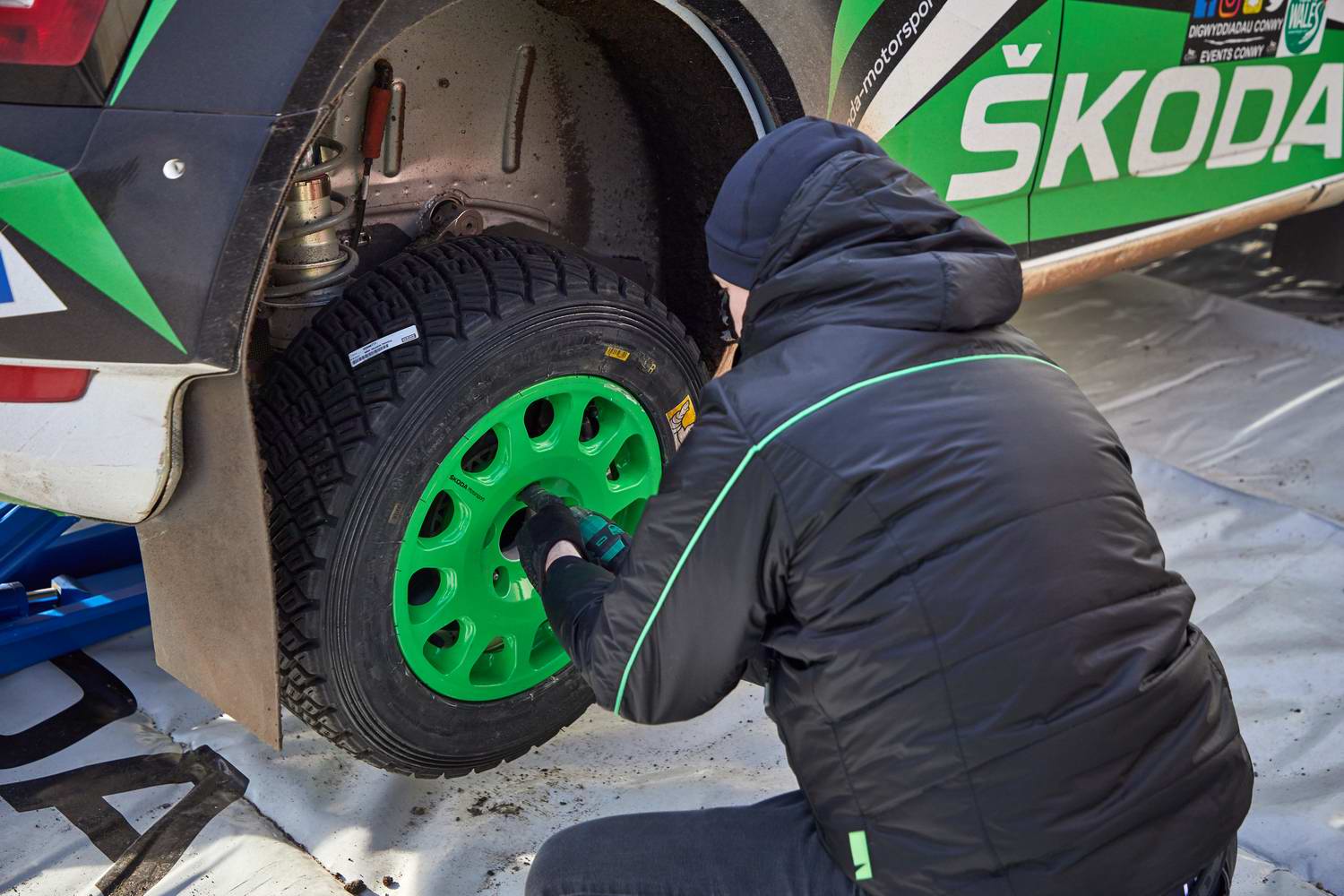 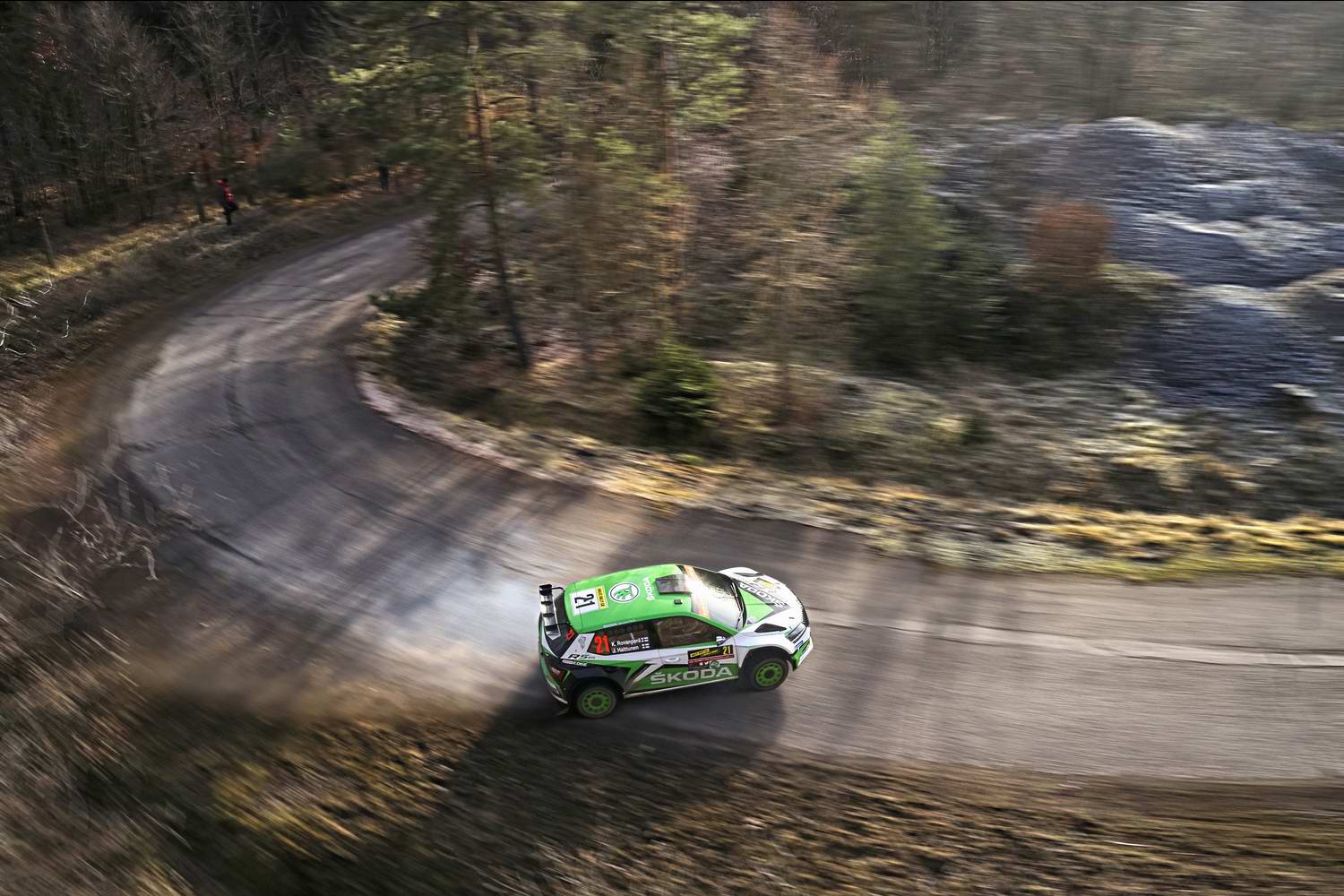 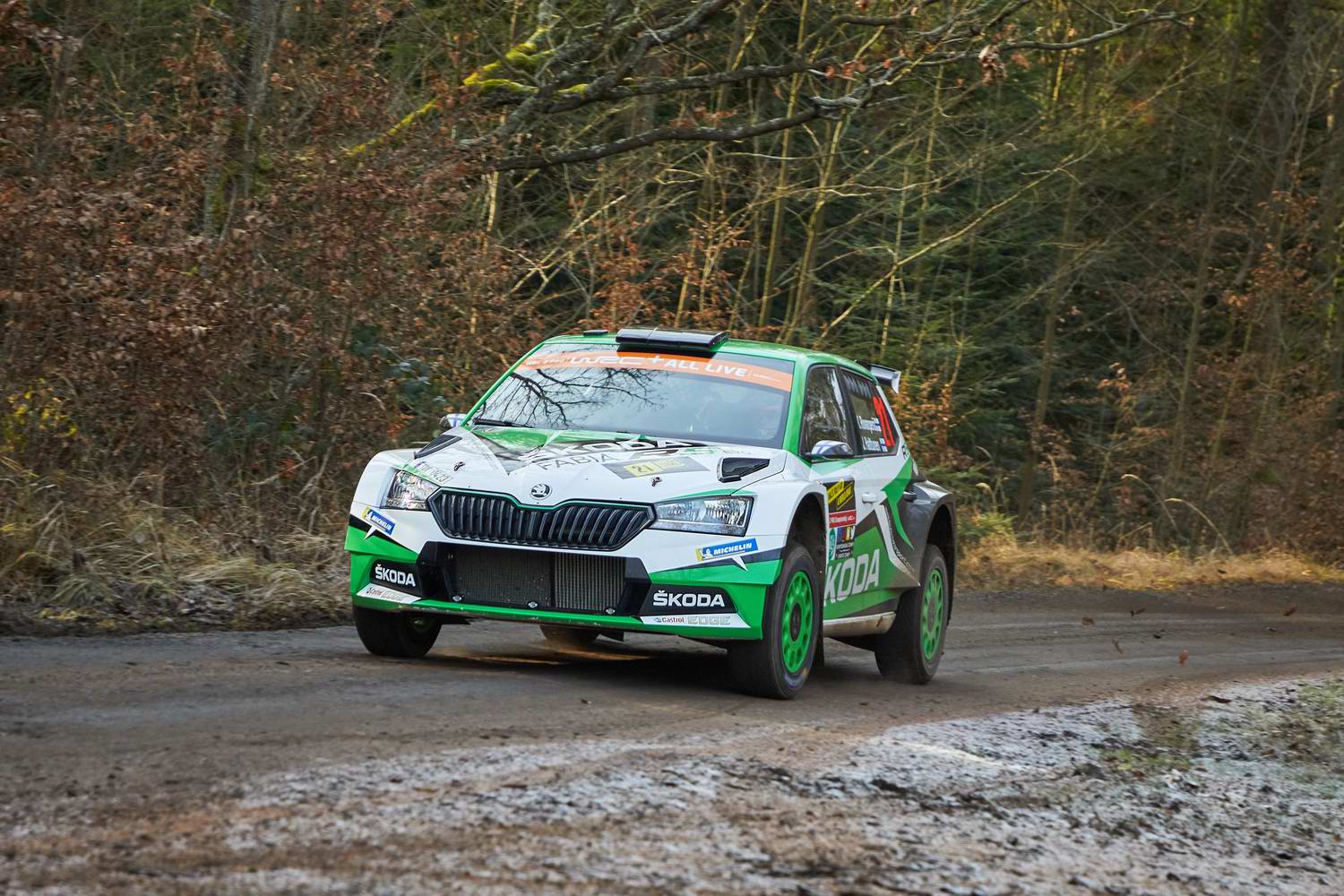 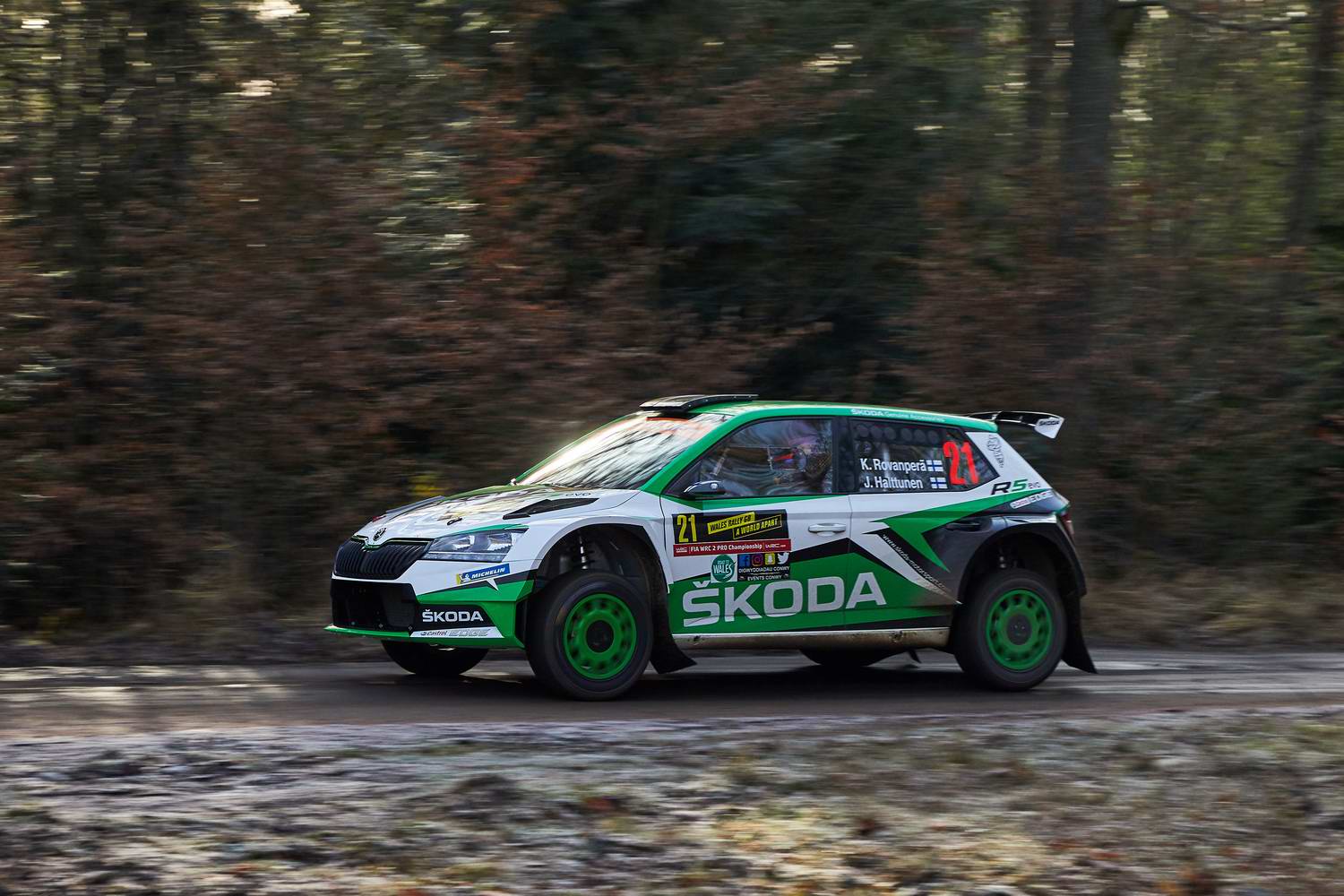 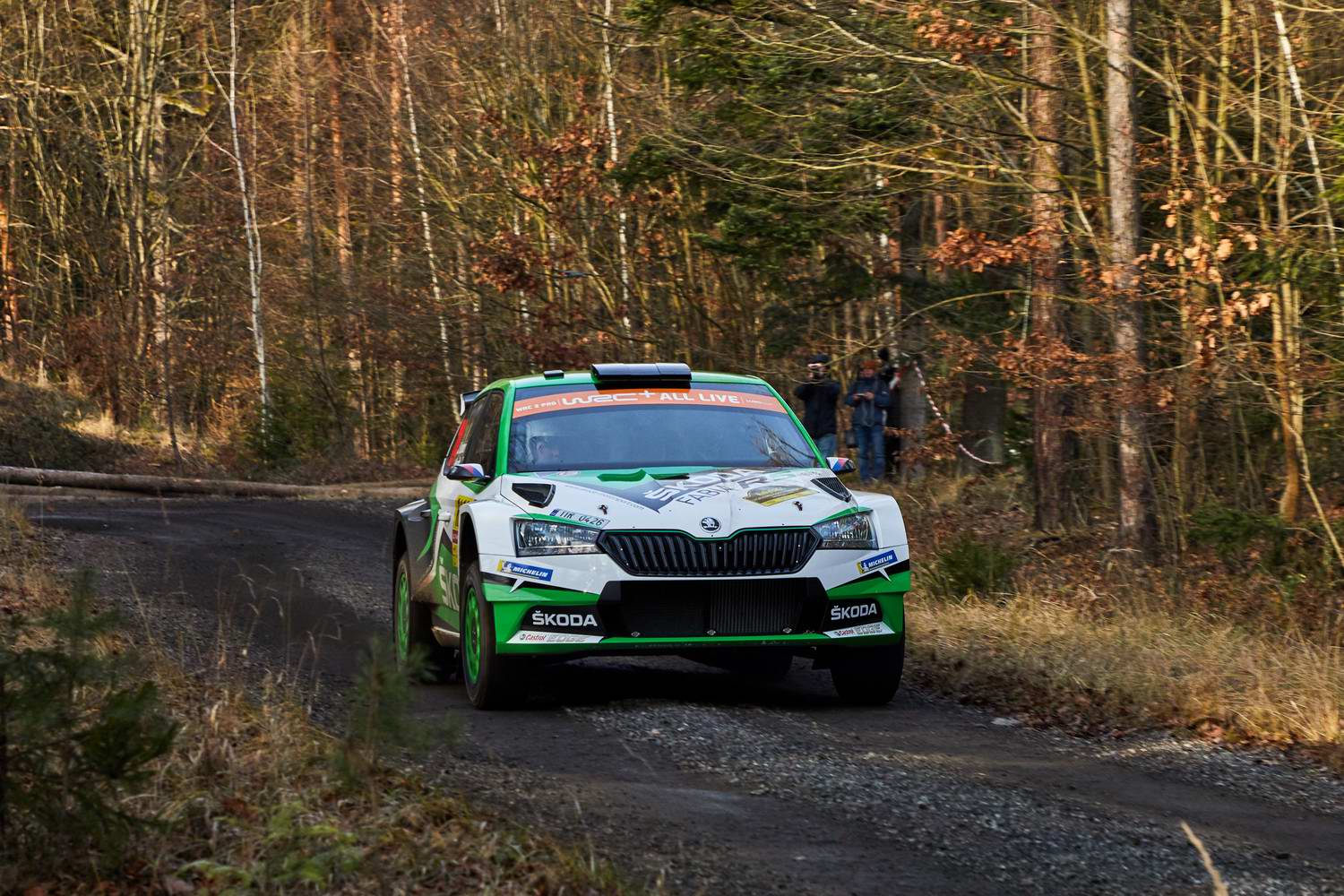 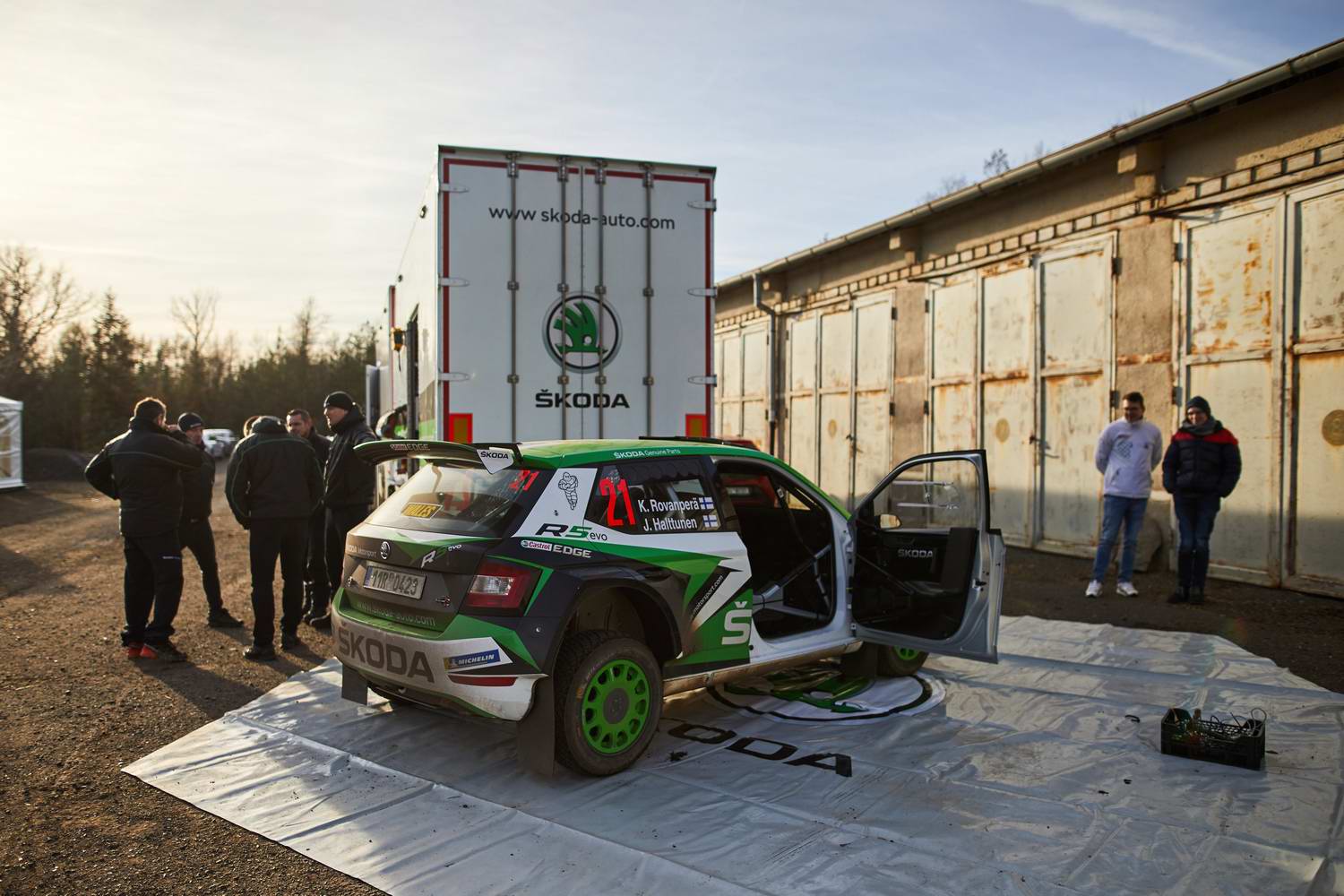 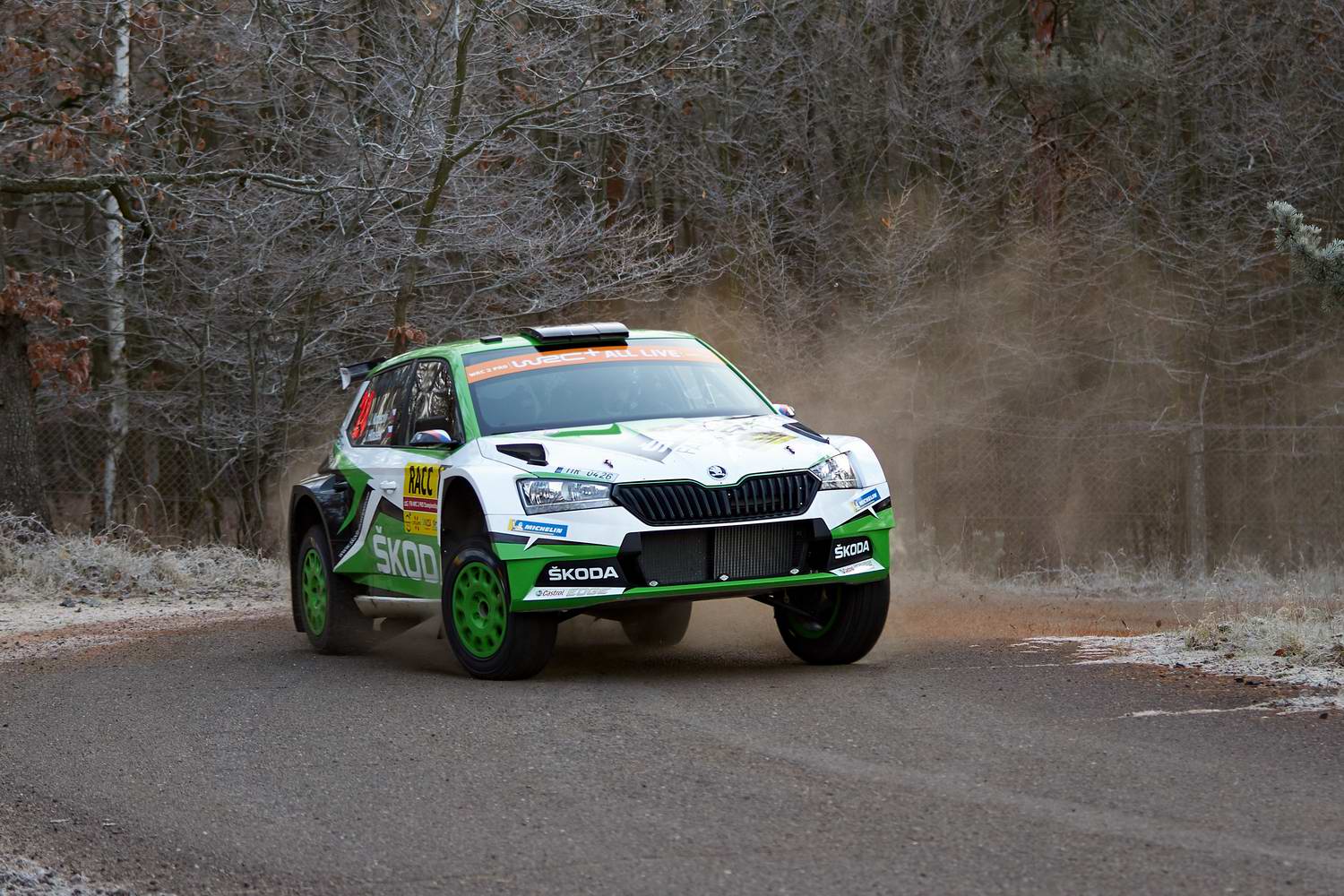 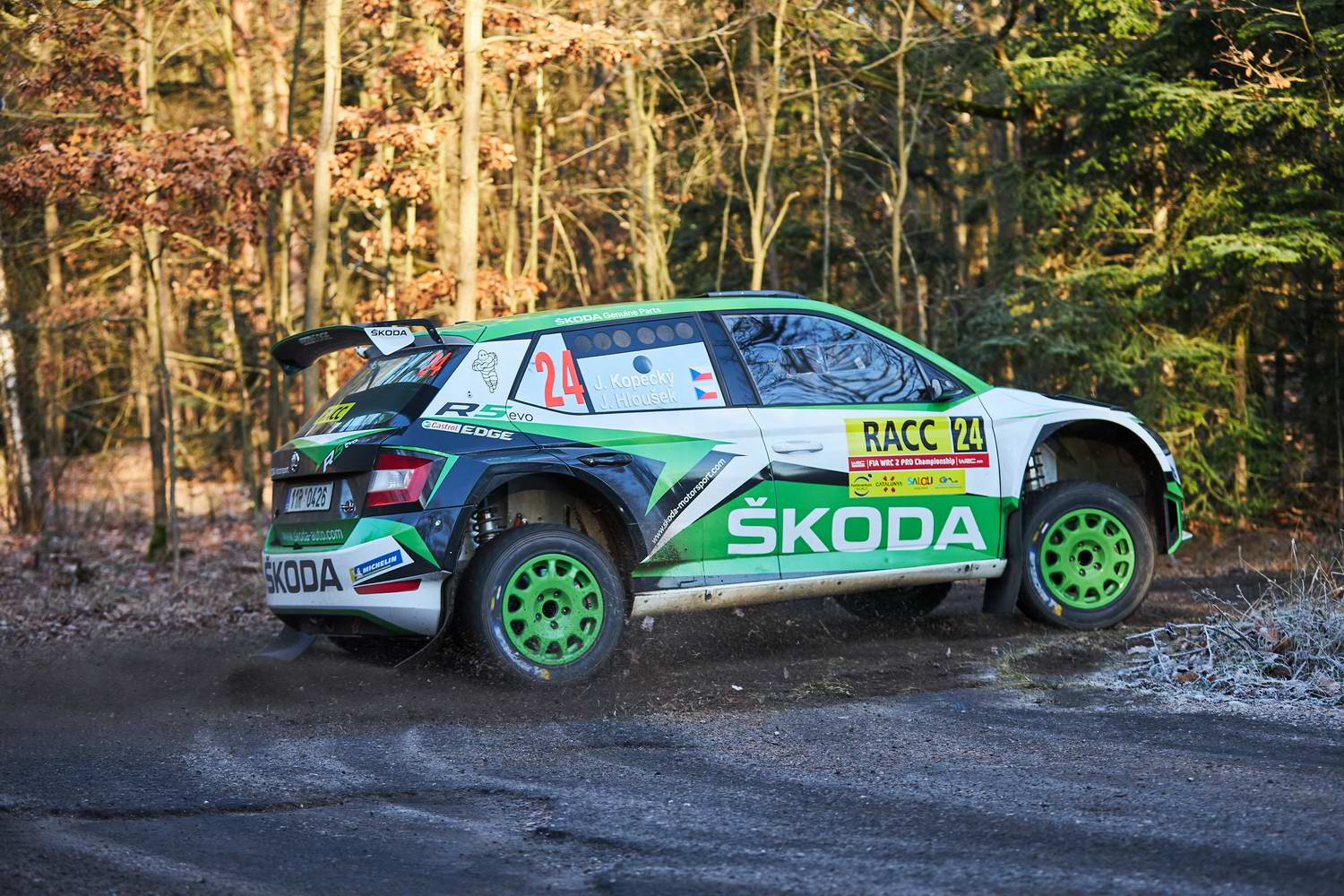 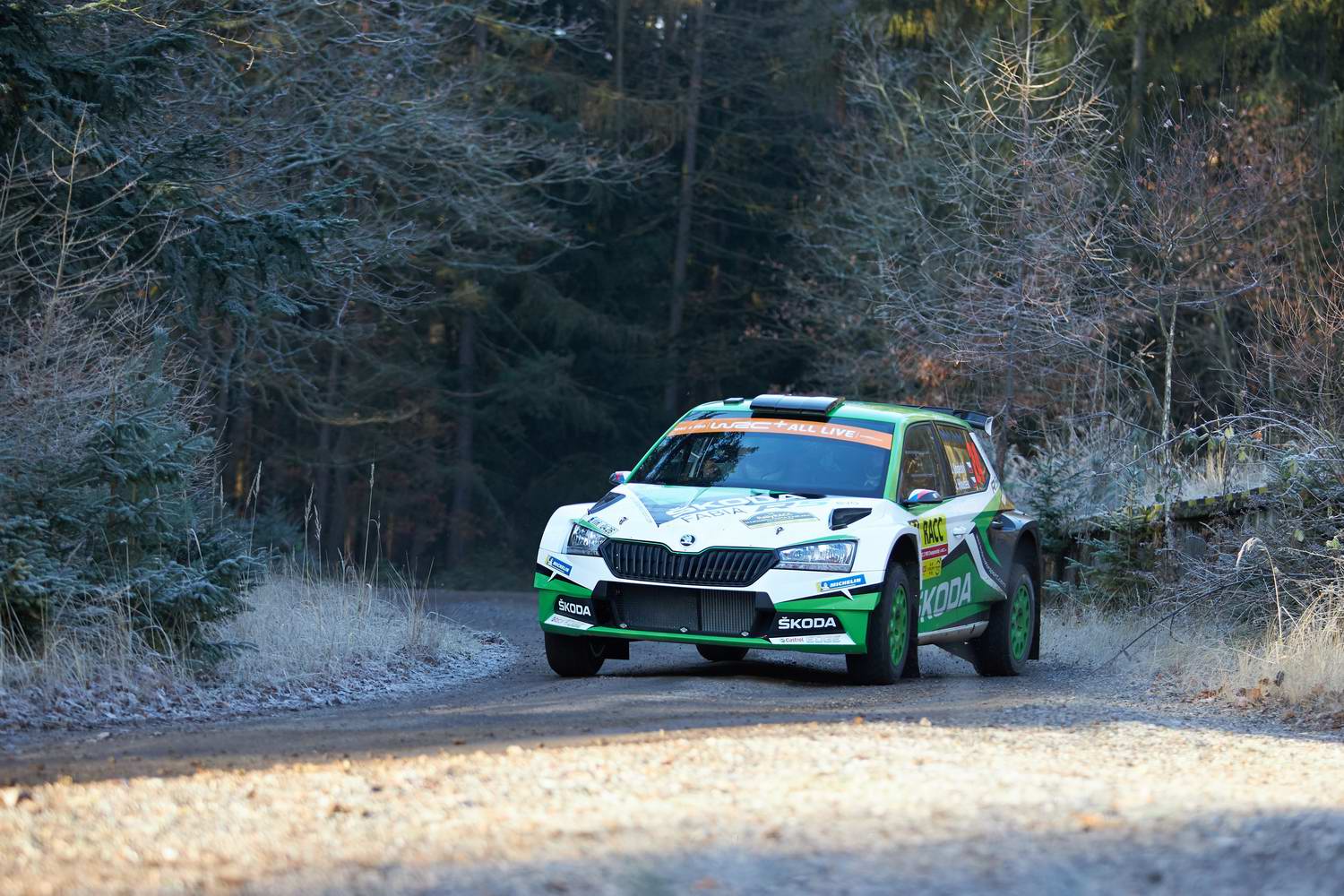 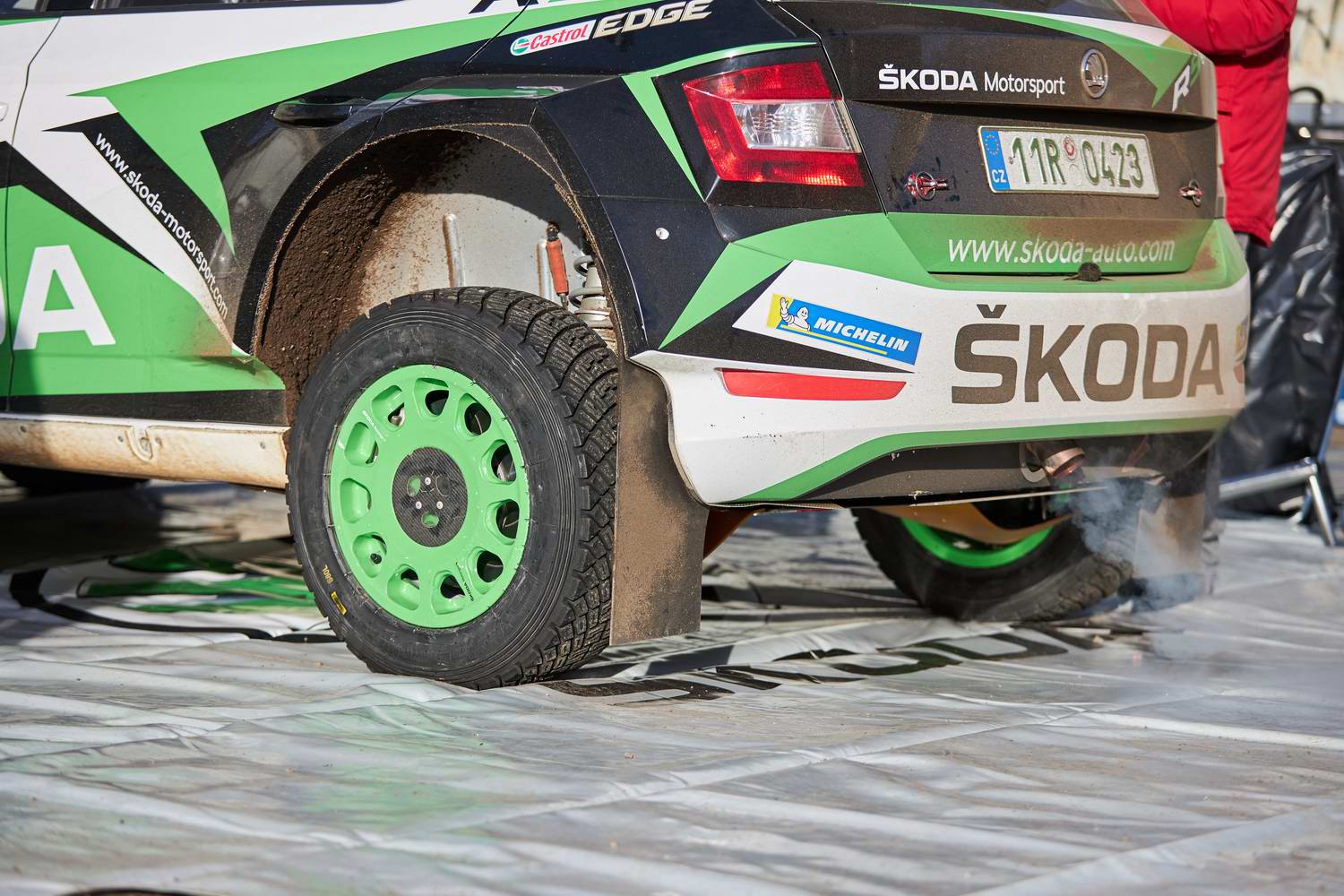 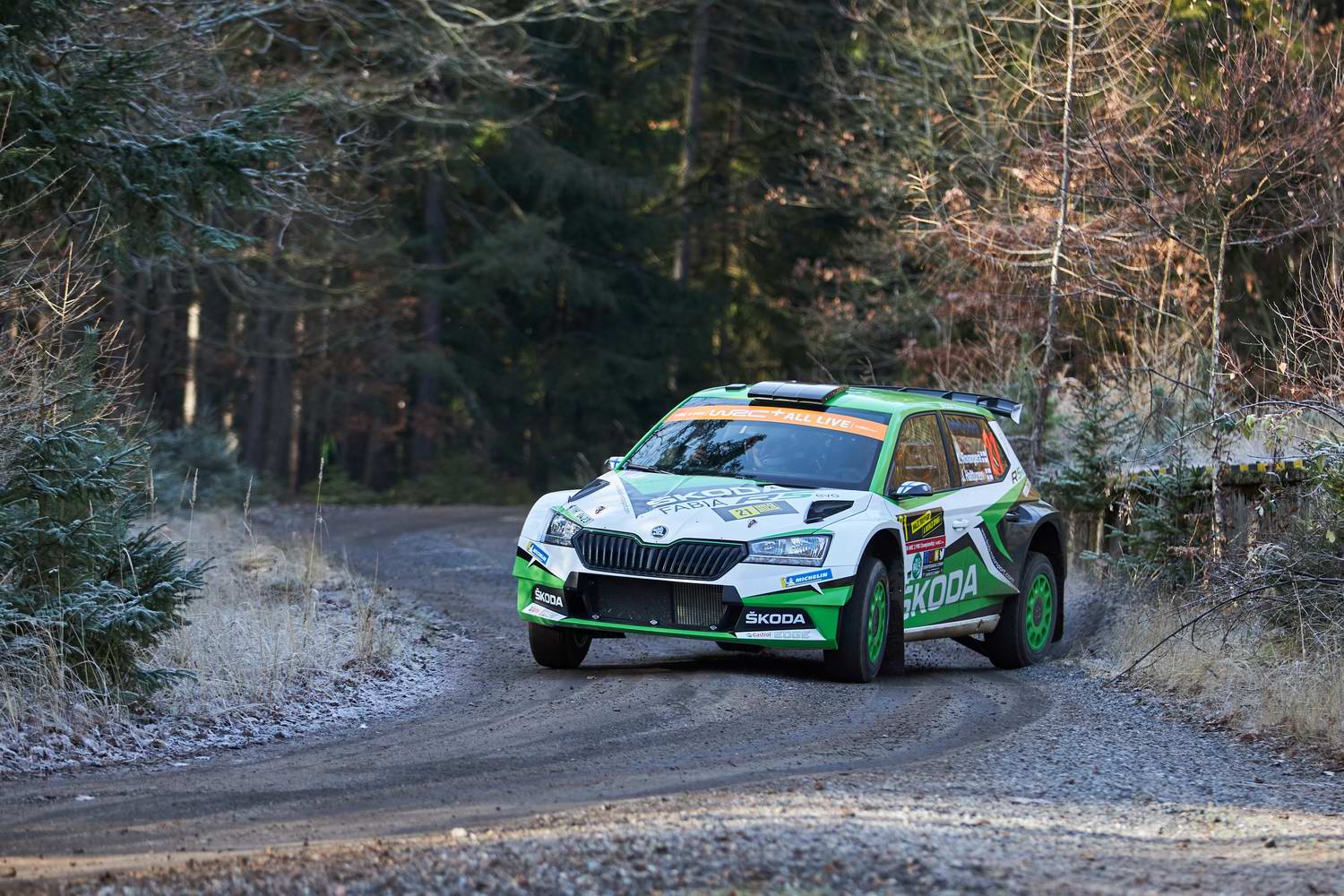 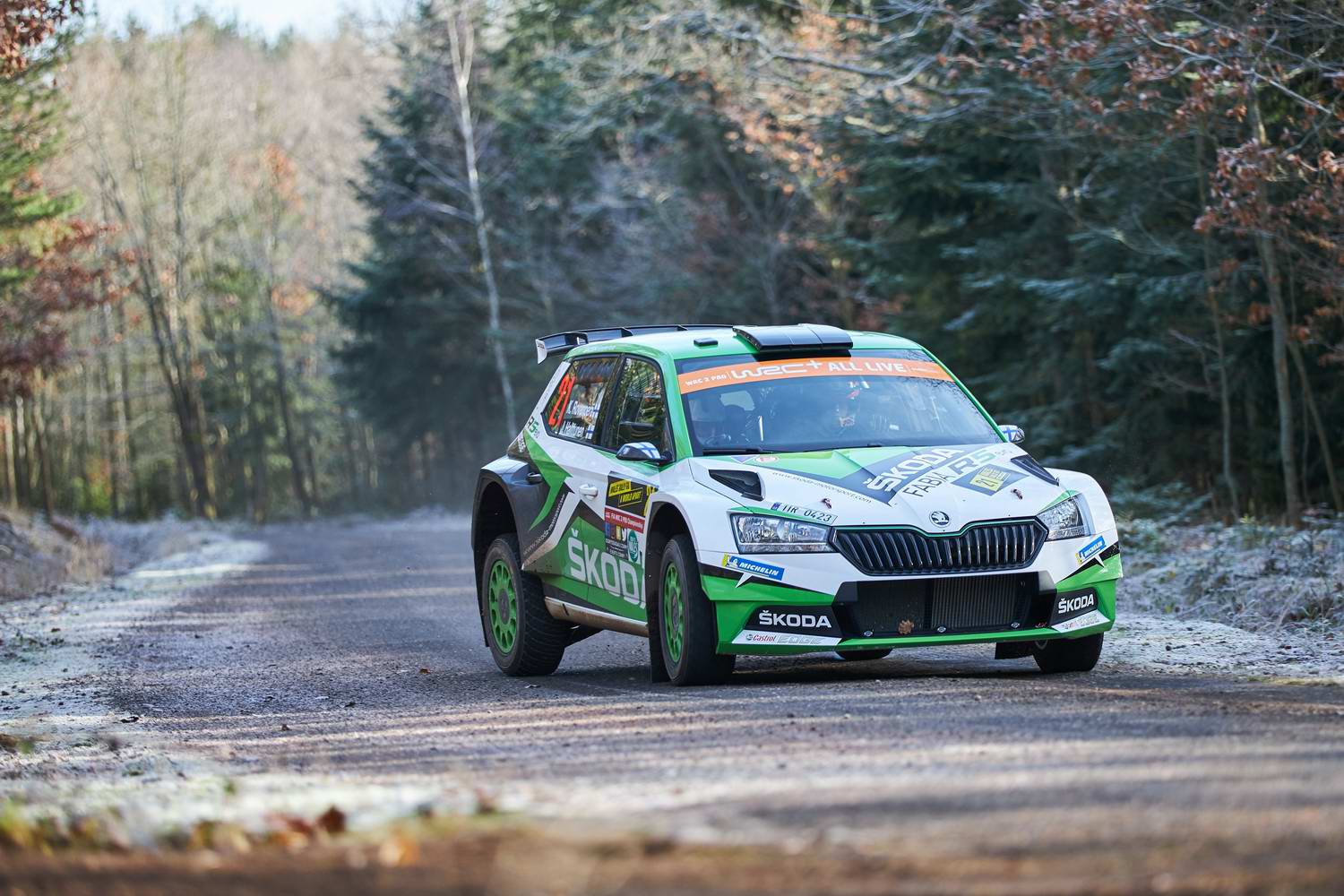 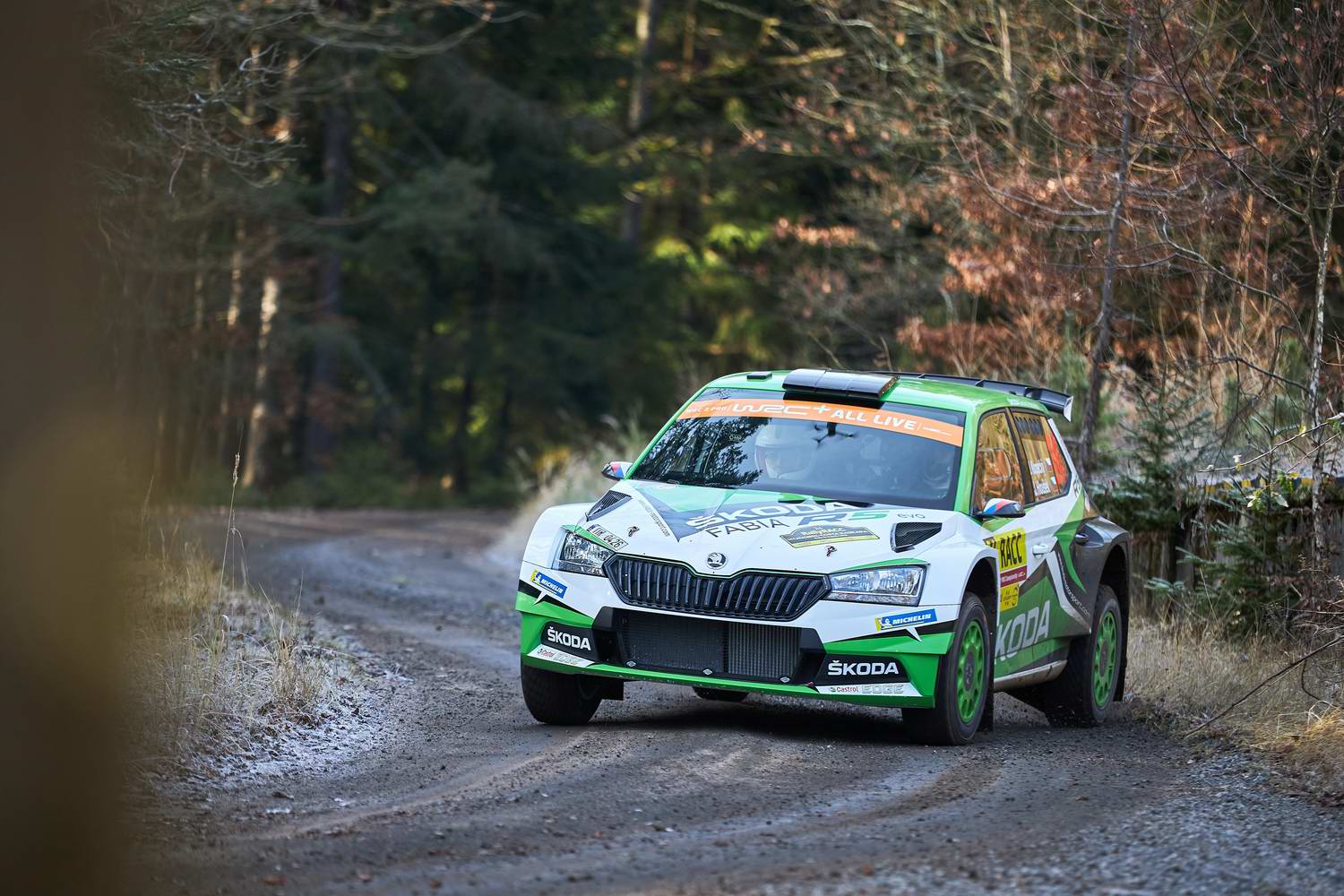 An impressive track record isn't the only thing that's spectacular about the Skoda Fabia R5 Evo.

This is the Skoda Fabia R5 Evo, the Czech company's latest version of the rally car that first appeared in 2015. In those few short years it has become the company's most successful motorsport model yet. In the hands of the factory team it racked up four world championships with 59 victories and 102 podium finishes from 128 starts. The hit rate is just as good for its customer teams. With more than 300 examples sold around the world, it has scored podium places on average every one in three starts and notched up almost 1,000 victories around the globe.

Even though it's built using the shell of a road-going Skoda Fabia, the R5 Evo looks far more aggressive than the road car it is based upon. Its track is wider by almost 100mm thanks to its four-wheel-drive transmission for a start. This particular car is the Evo version that Skoda introduced in 2019 following a new homologation process. The previous R5 rally car used up all twelve 'jokers' that allow manufacturers to change a component from original specification. Bodywork modifications have added improvements to the cooling, there are new headlights and a higher number of lighter carbon fibre parts. The latter contribute to its overall weight of 1,230kg and help it achieve a lower centre of gravity than its predecessor.

To fully appreciate just what the Fabia R5 Evo is capable of, we sat next to reigning Czech Rally Champion, Jan Kopecky, as he took the wheel. He has called the Fabia R5 his office since 2015, so it's fair to say that he's more familiar with it than us. Plus, he's already done a few laps of the stage. The Fabia isn't a large car to start with and with the addition of a hefty roll cage inside it feels snug despite so much being stripped out of the interior to save weight. Peering around the sparse cabin reveals many of the detail touches that you might expect from a factory rally car. Everything is precisely where it needs to be and within easy reach. Moulded door cards include energy-absorbing foam inserts to add greater protection in the event of a heavy off, although Jan assures me these features won't be required today.

With the harnesses done up and the helmet comms all plugged in we head to the start line in short bursts of acceleration and heavy braking to help get the brake temperatures up. On the line, the revs build and flutter off the limiter before we hit the release and bolt away. Even on the loose stuff the Skoda accelerates away from rest at a phenomenal rate - enough to require you to peer over the bonnet line such is the degree of rearward suspension pitch. Just like a flight, it levels off once we near three-figure speeds and even though we're covering ground at a serious rate for the surroundings, the Fabia seems completely planted. The suspension setup, which gains 30mm travel in the R5 Evo, soaks everything up and makes the ride surprisingly smooth.

Considering the sheer levels of kinetic energy the Skoda possesses, the control inputs are surprisingly small - as is often the way when you watch truly skilled drivers at work. The Evo runs faster gearing in the steering while the easily accessible handbrake requires less force than before, as do the pedals. What stands out the most is just how easily and quickly this car can cover ground. That and the difference that having the right suspension setup can make. Even though there's plenty of suspension travel to help soak up the larger bumps, it's how well the damper and rebound settings work that seems to add to the experience. It pitches and rolls in the bends, but just enough and in turn this helps the drivers maintain the best lines. The real work appears to be done before and then at the apexes, ensuring an ideal position to blast out of the bend and further on through the stage. Kopecky makes it all look so easy and, as he describes his actions over the radio to me, he couldn't sound more relaxed. Going flat out in fifth gear on a single-track forest stage must be about as close as it feels to being a fighter pilot on exercises through the legendary Mach Loop.

Experiencing the degree of power on tap it's odd to think that the engine is a downsized production car unit. For the R5, it started out with a 1.8-litre version of the EA888 that is produced in a Shanghai factory and powers the Chinese market Skoda Superb. A new crank design helps to maximise performance output while simultaneously reducing the capacity to 1.6 litres as per the regulations. Bespoke high-pressure fuel pump and injector nozzles are added, along with a turbocharger from the Audi S3 - but modified to include an electronically controlled wastegate. The R5 Evo also gets improved timing gear and optimised valve springs that help to reduce operation forces and friction losses. Items like an electric water pump ensure a steady coolant flow to help thermal management. All tiny changes, but such is the way in topflight motorsport.

With a starting price almost twelve times that of the road car it is based on, the Skoda Fabia R5 Evo doesn't come cheap, and that's before you contemplate the spares package and season-long maintenance. But it does cost a good deal less than a full-fat WRC works car and is eligible for a wide variety of championships. In motorsport terms it represents a great package, proven by Skoda's incredible sales that already top 320 units, making it the most-sold R5 car by a country mile. Much has gone into making the Fabia R5 Evo even more durable, but even so it needs an engine inspection every 3,000 kilometres, which is part of the warranty cover. Yes, this comes with a warranty. Now if only we could find a way of doing a deal for some driver coaching from Jan...