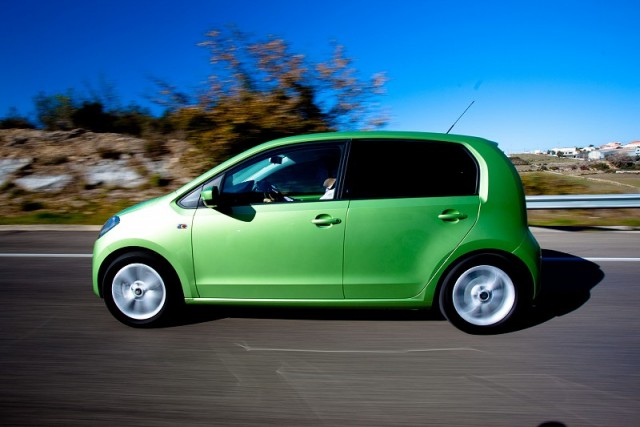 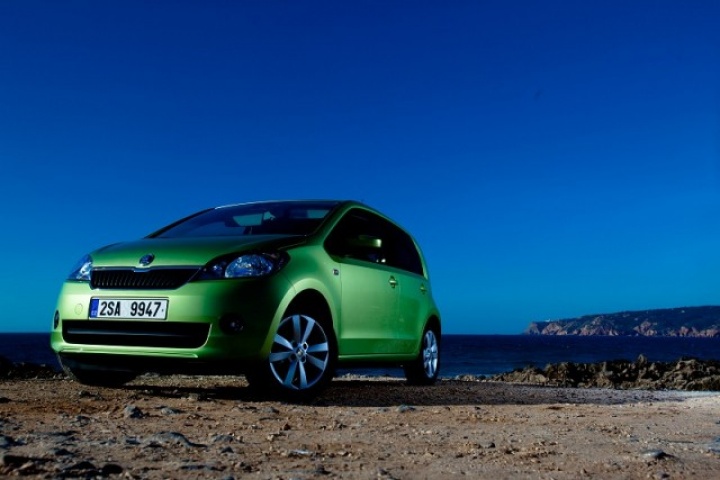 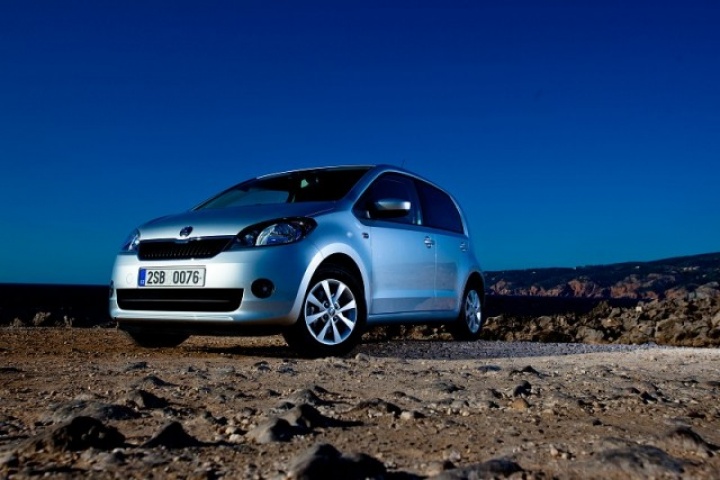 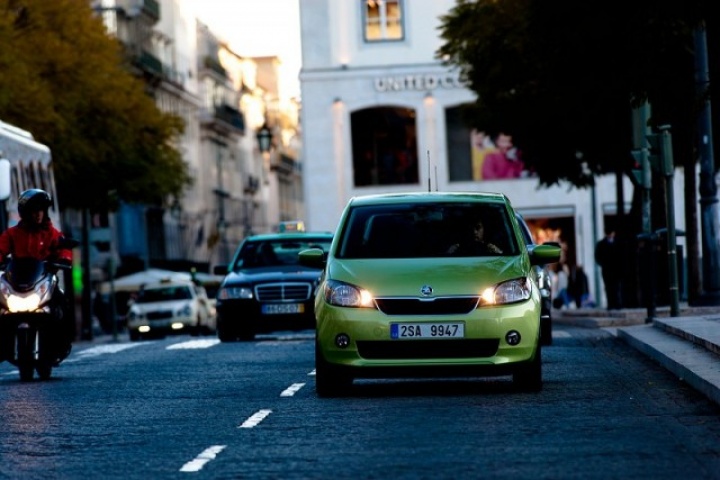 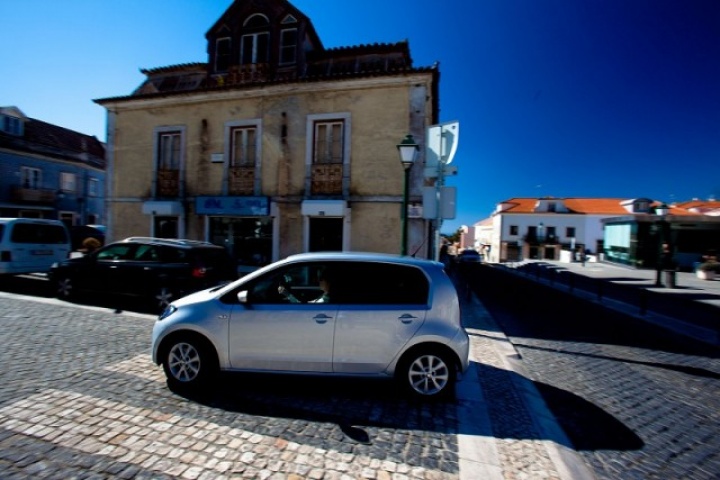 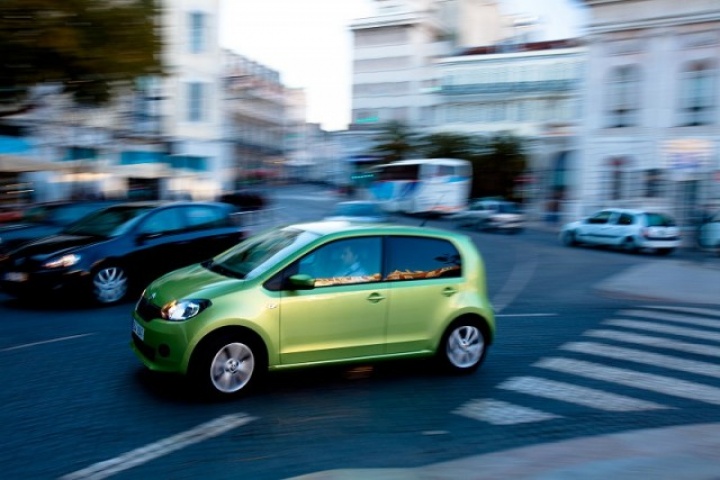 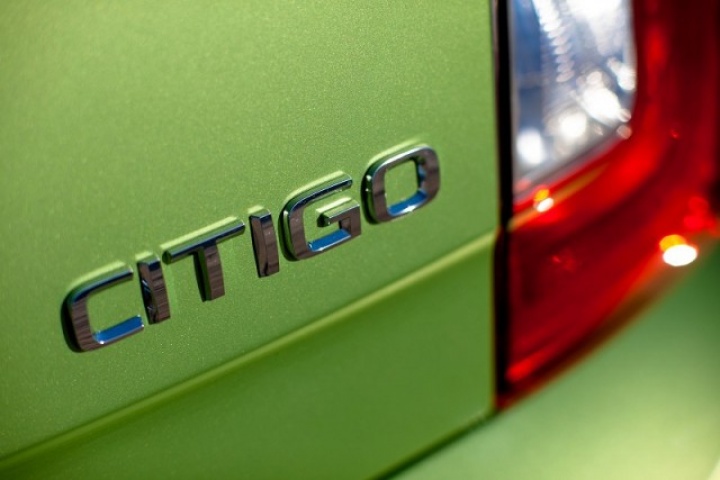 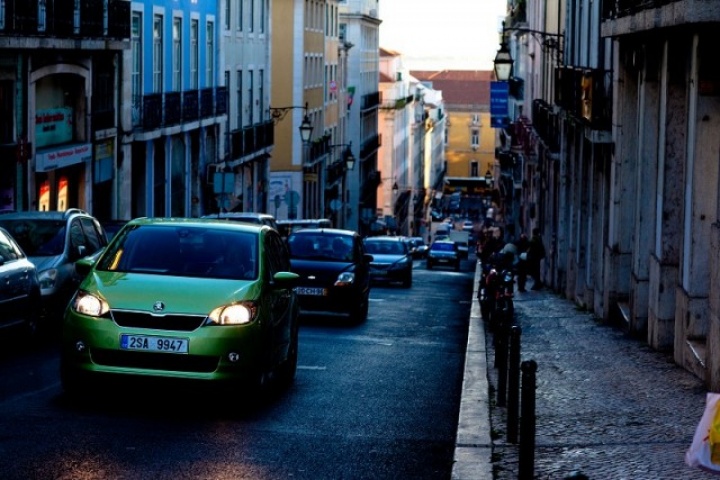 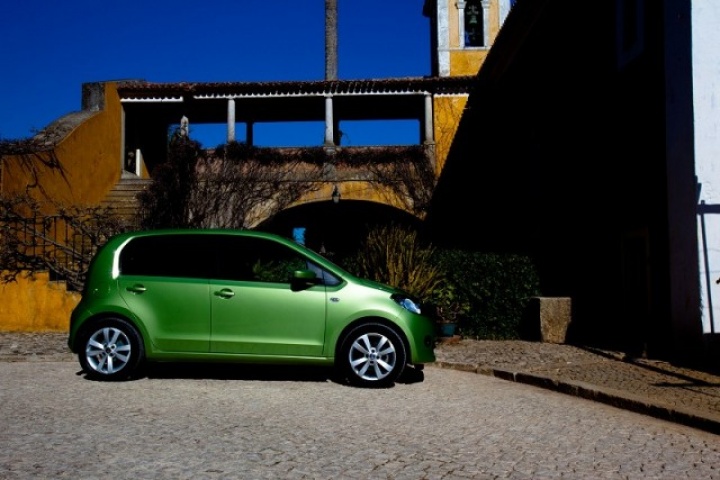 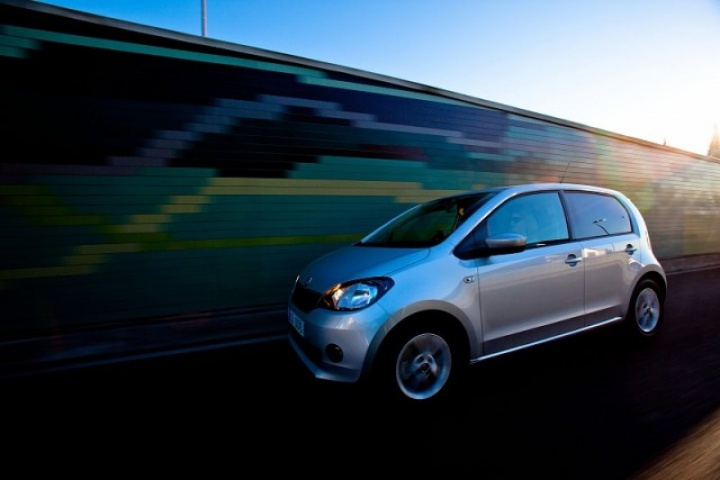 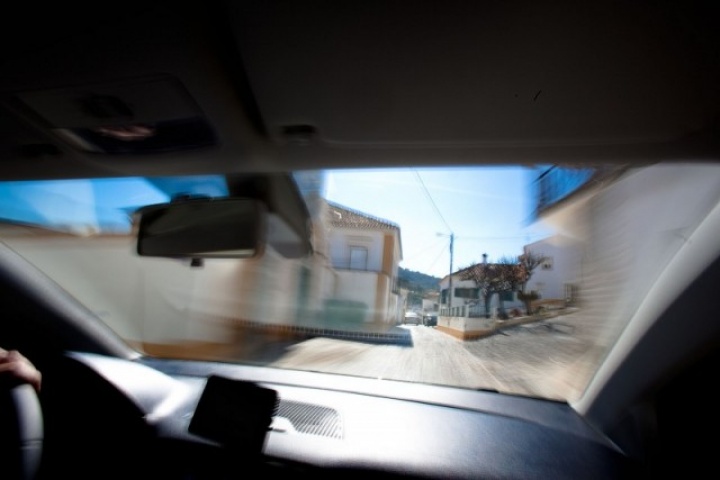 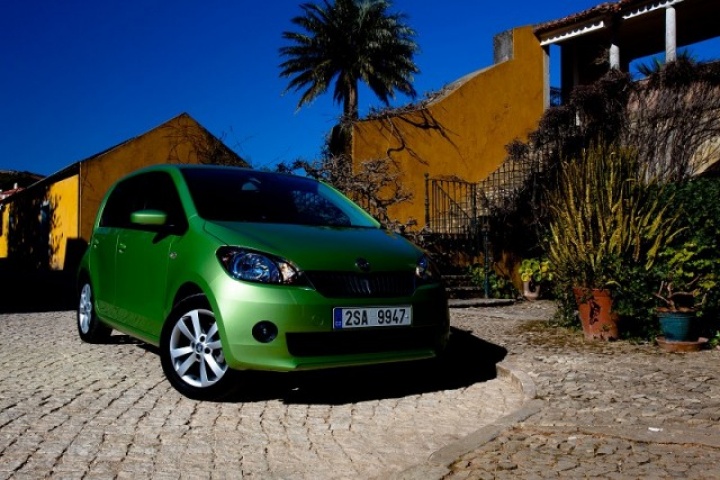 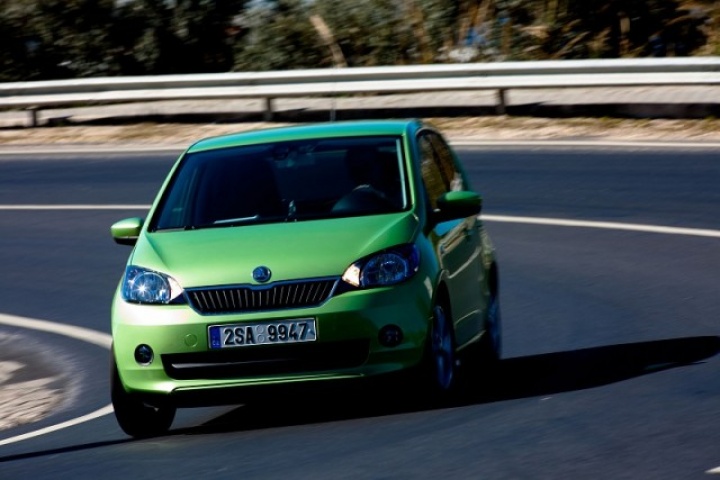 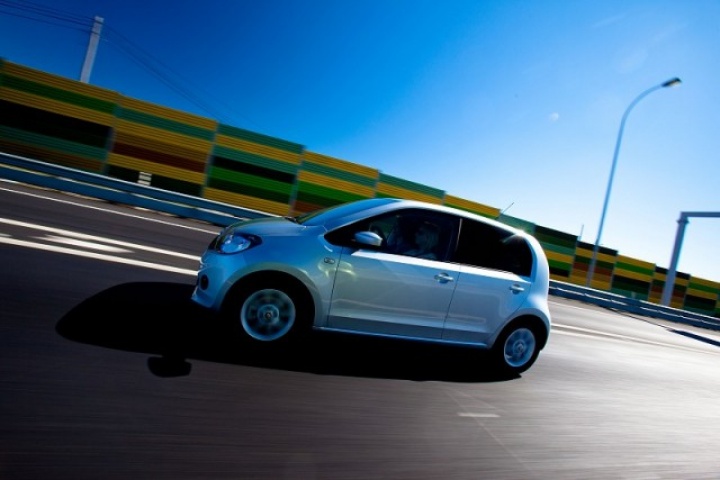 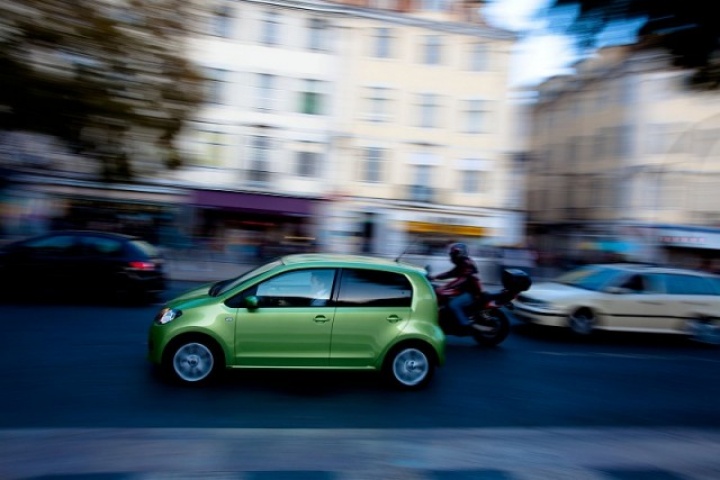 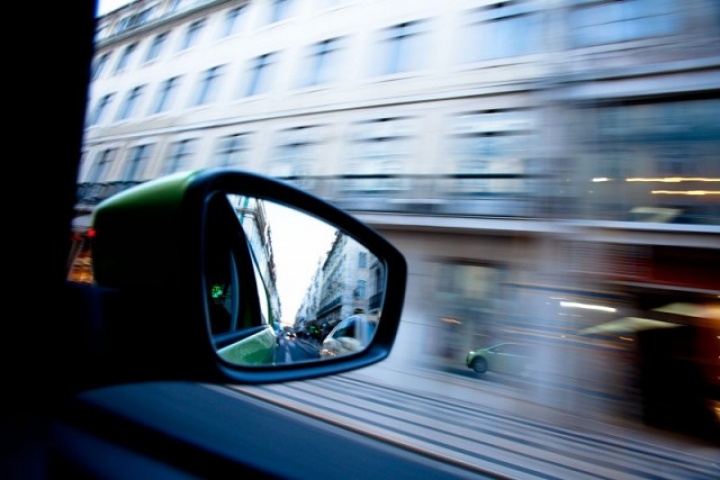 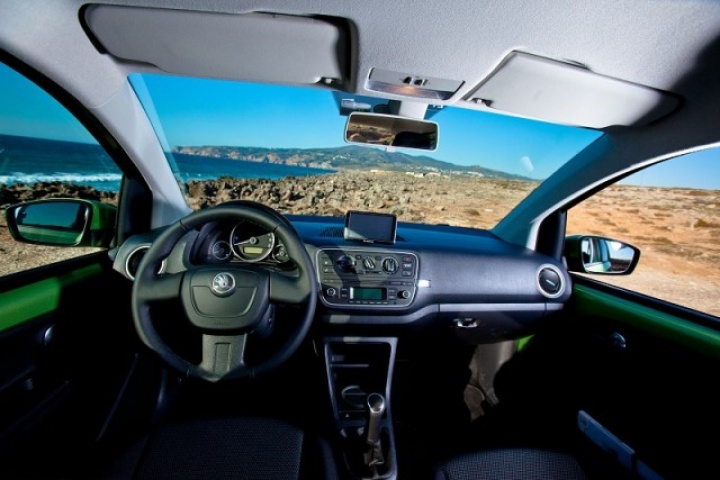 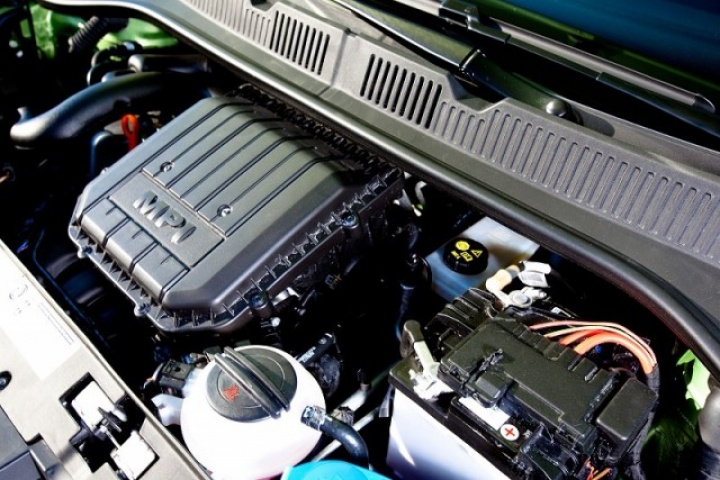 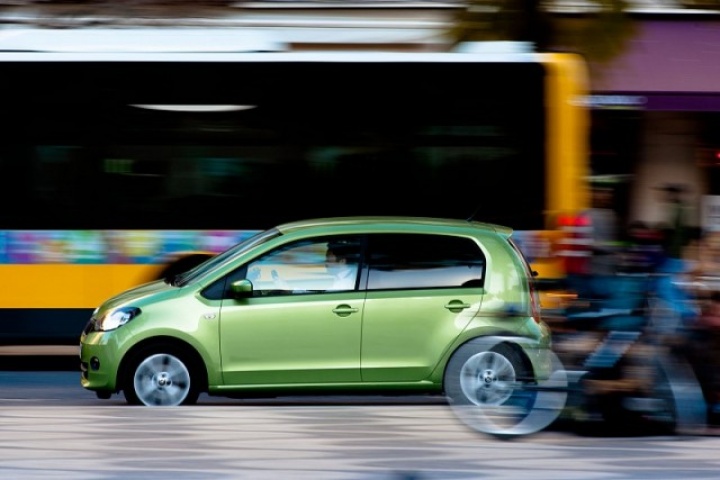 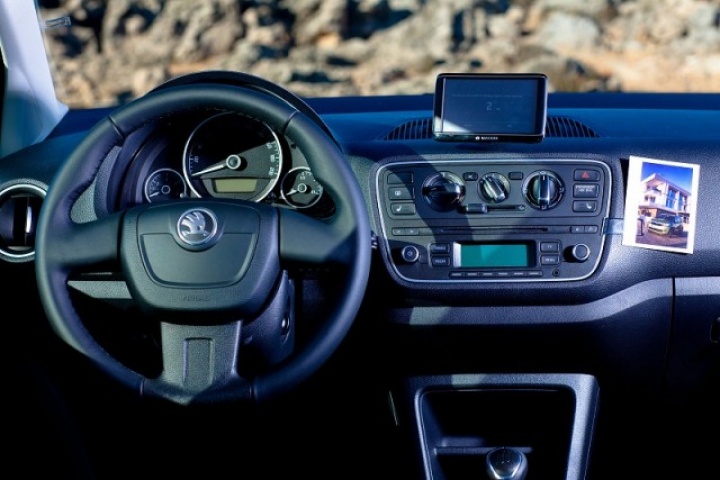 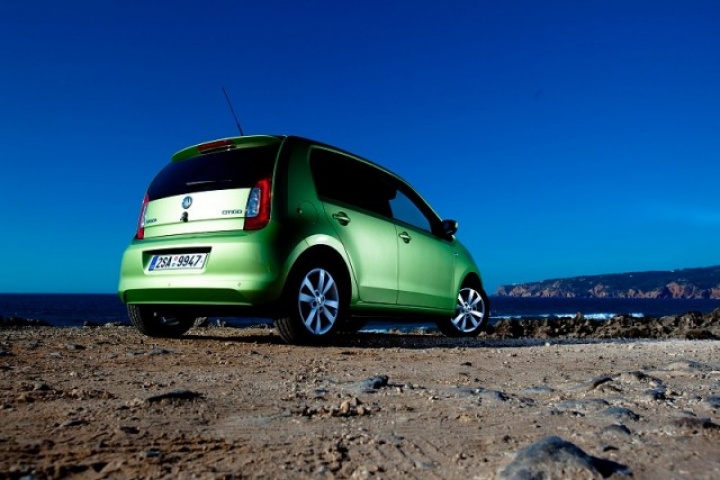 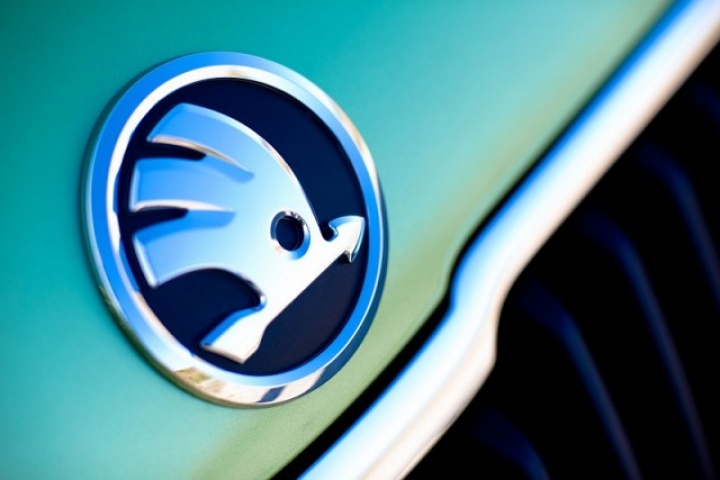 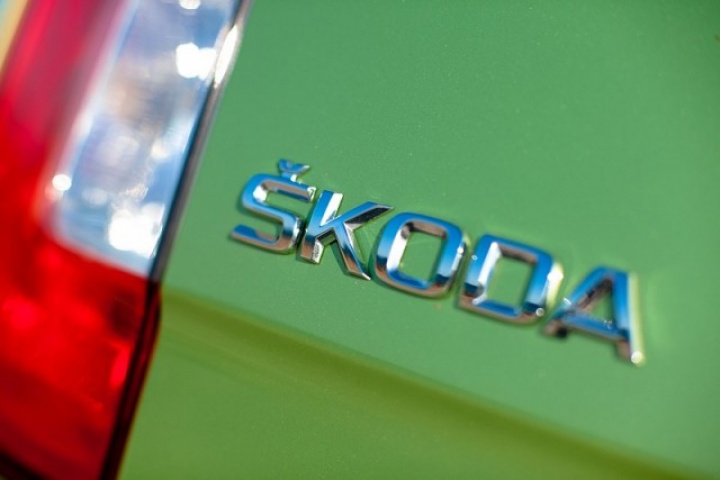 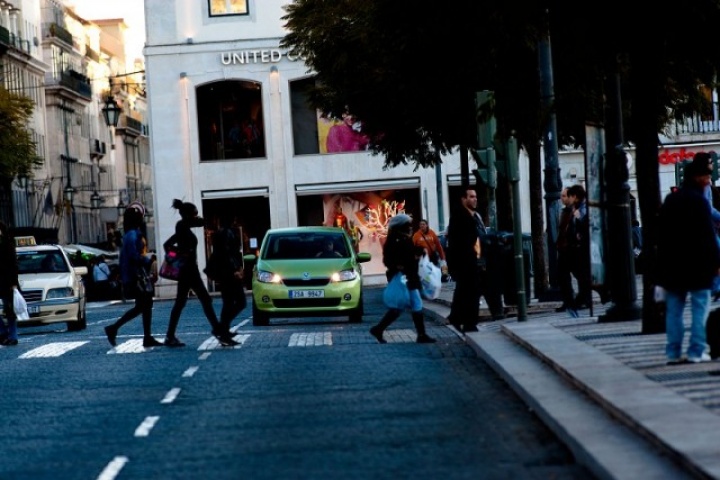 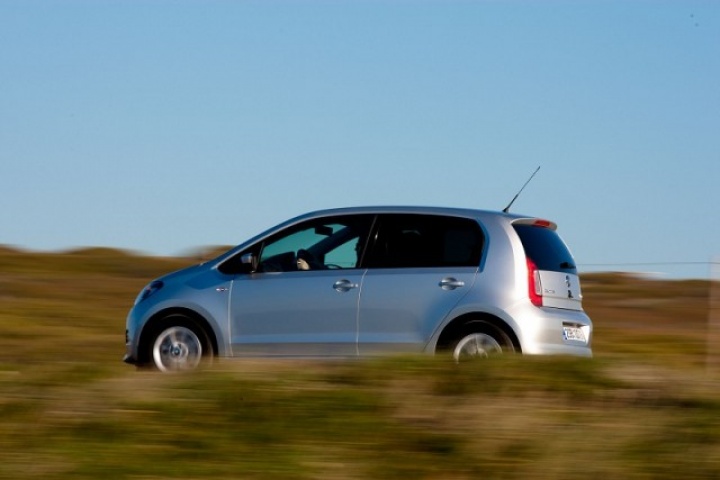 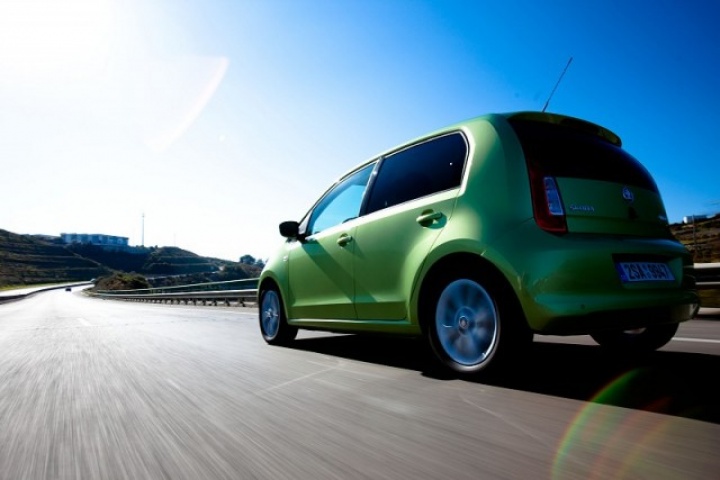 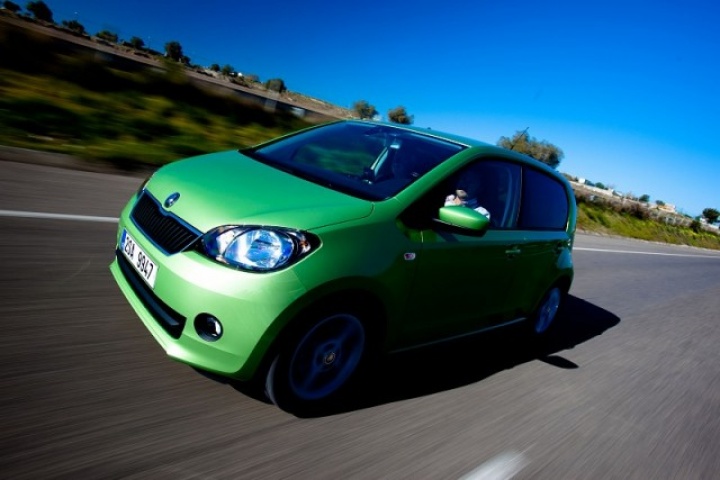 Skoda's version of the Volkswagen Mii is aptly called the Citigo - we've driven it. In a city.

Simply late, simply the best, or Simply Clever, like the marketing line says? Well, the Skoda Citigo may be the last of the group's city cars to arrive, but it's by no means the least impressive. More attractive than the SEAT, and with a price likely to undercut the Volkswagen, this simple combination could just be the one to see the cars flying out of the showroom.

This car heralds the start of a new design language for Skoda, but ignore the shape and proportions for a minute, as the devil is in the detail. It's the new grille, sharp headlights and the badge that will make their appearance on future models, not the hard points carried over from the Volkswagen up!.

And of course it's the same with the interior - though the Citigo can't be had with its cousin's painted dash fascia. Like the up! and SEAT Mii, the Skoda has plenty of room on offer, no matter if you're sat in a seat or merely luggage in the 251-litre load space.

There's no doubt the off-beat thrum from the three-cylinder engine improves as the revs rise. This encourages you to extract as much performance as possible, exploring every last revolution and fooling you into thinking this tiny car is quicker than it actually is.

Which in the case of the 60hp Citigo (with its 14.4-second 0-100km/h time) has to be considered a good thing. It always feels lively, with quick reactions to the throttle - helped no doubt by its sub one-tonne kerb weight. It will struggle on steeper hills though, and at motorway speeds we occasionally found ourselves dropping from fifth to fourth, then third gear in a bid to maintain momentum. Matters do improve slightly with the more powerful 75hp model, but for most occasions the lower output car is fine.

But save for the inclines, this city car is incredibly at home on the motorway; once at cruising speed the cabin is not only comfortable, but quiet and refined too. Ride comfort is not bad either, despite the 15mm drop in ride height. And of course, the Citigo performs well in built-up areas with a smooth stop-start system, light controls and great visibility.

One option in the Citigo is the Navigon-based 'Move & Fun' portable satnav device, but it's one that we personally wouldn't bother with. The more experience we have with this (it's the same in the Volkswagen and SEAT models) the less impressed we are. Save for the neat integration and lack of trailing wires, we'd save our money and buy a cheaper TomTom or Garmin unit.

It's not a major stumbling block though, and one way the Citigo repays you is in running costs. This 60hp model emits only 96g/km of CO2 road tax is cheap, and with potential for a 68.9mpg economy figure you won't have to visit the pumps very often. Skoda Ireland will offer 60- and 70hp variants and both the three- and five-door body styles. Some of the safety equipment that is standard on the Volkswagen up! will not be in the Skoda, which accounts for a lower starting price.

Currently there's no official word on a Greenline model, but if Volkswagen unveils a BlueMotion up! then expect to see the Skoda version soon after. However, unless the taxation system in Ireland changes, there'll be no real benefit to Irish buyers so it's not likely that the Greenline Citigo will be sold here.

Choosing between the up!, Mii and Citigo will be tough, though we suspect for many it will come down to price. On the Skoda's side, it looks good, as the brand is enjoying something of a comeback and dealers are always well-recommended. For us it's one of the most exciting cars in the firm's portfolio, and the only problem is the Fabia, which might just lose some sales from this excellent city car.