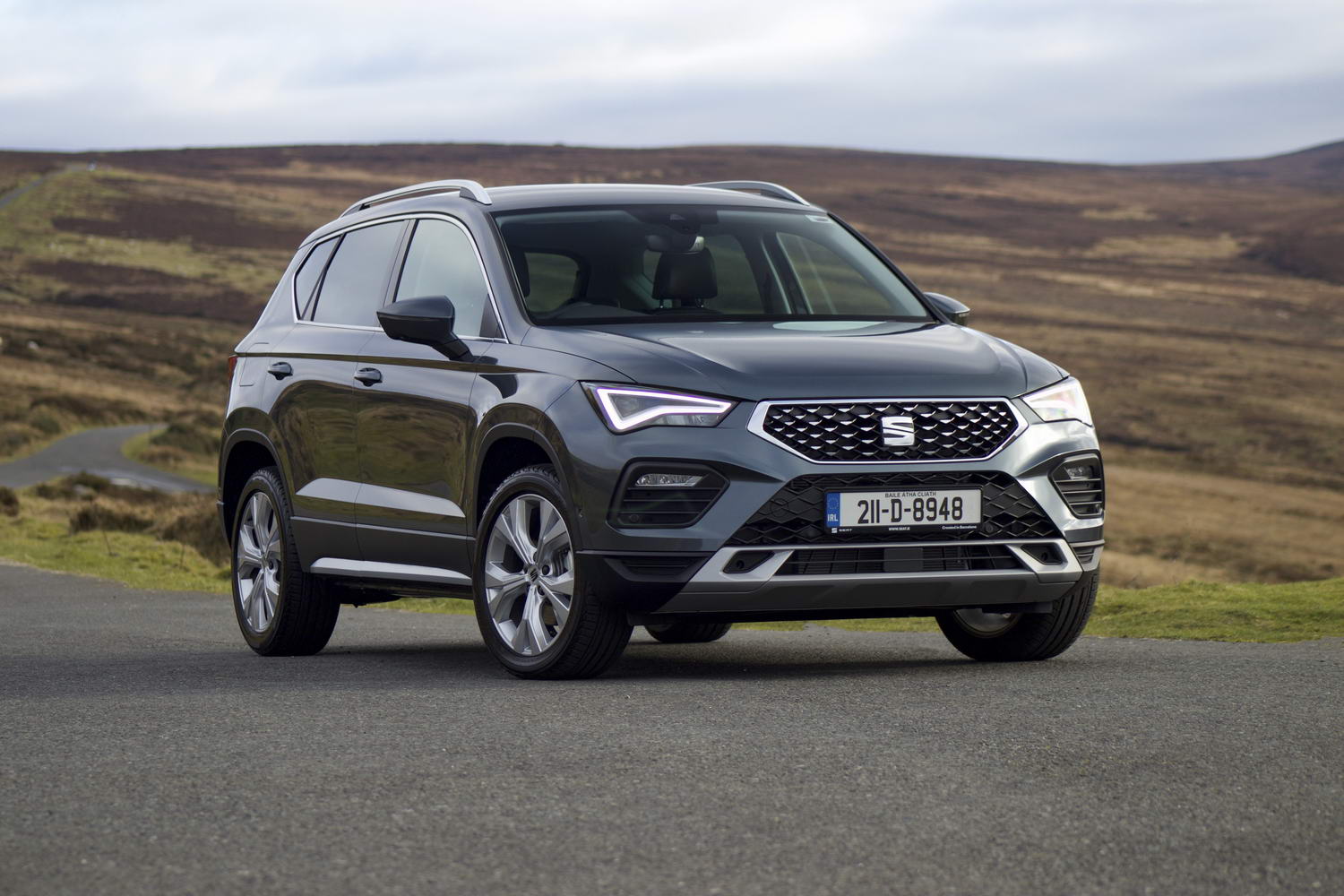 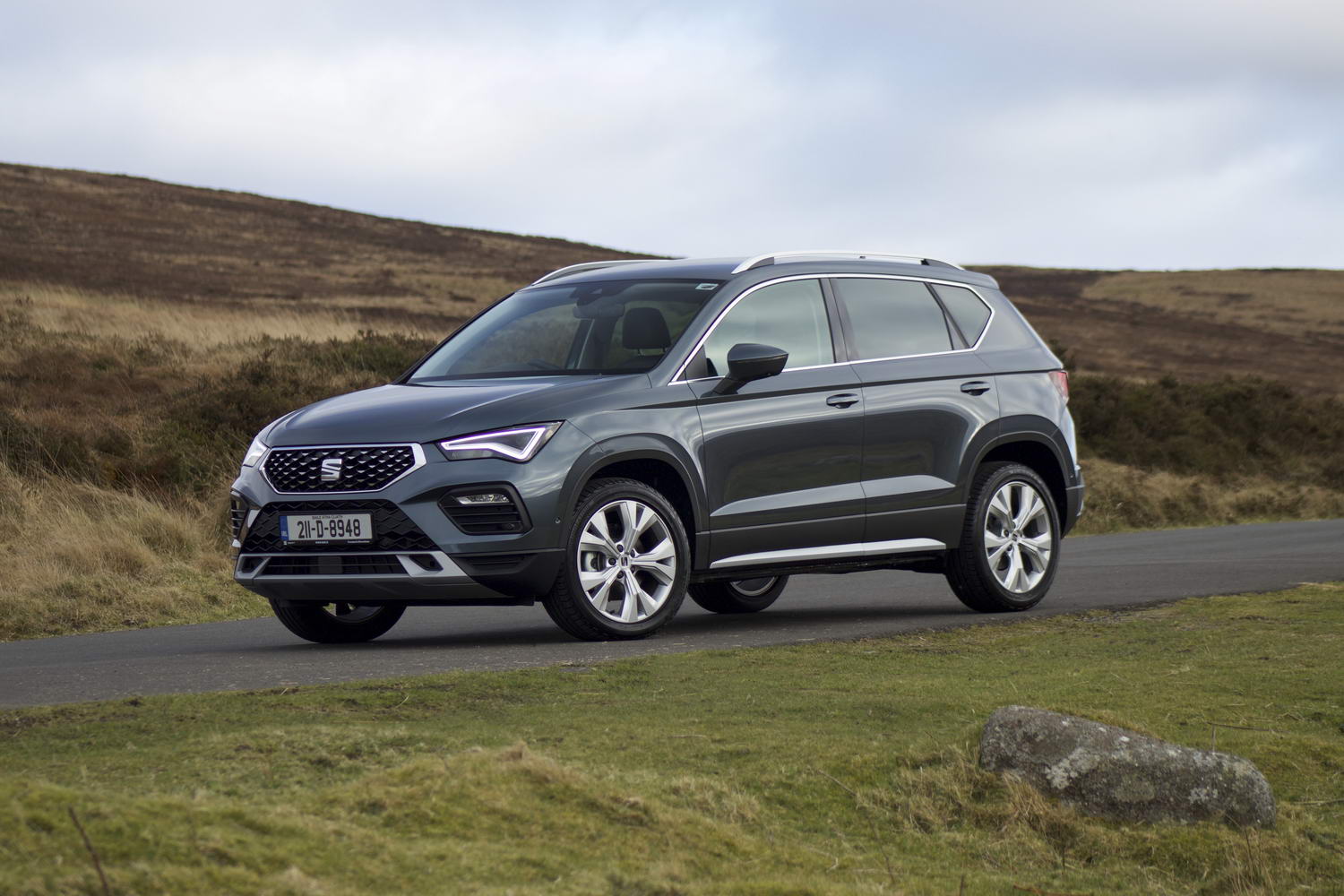 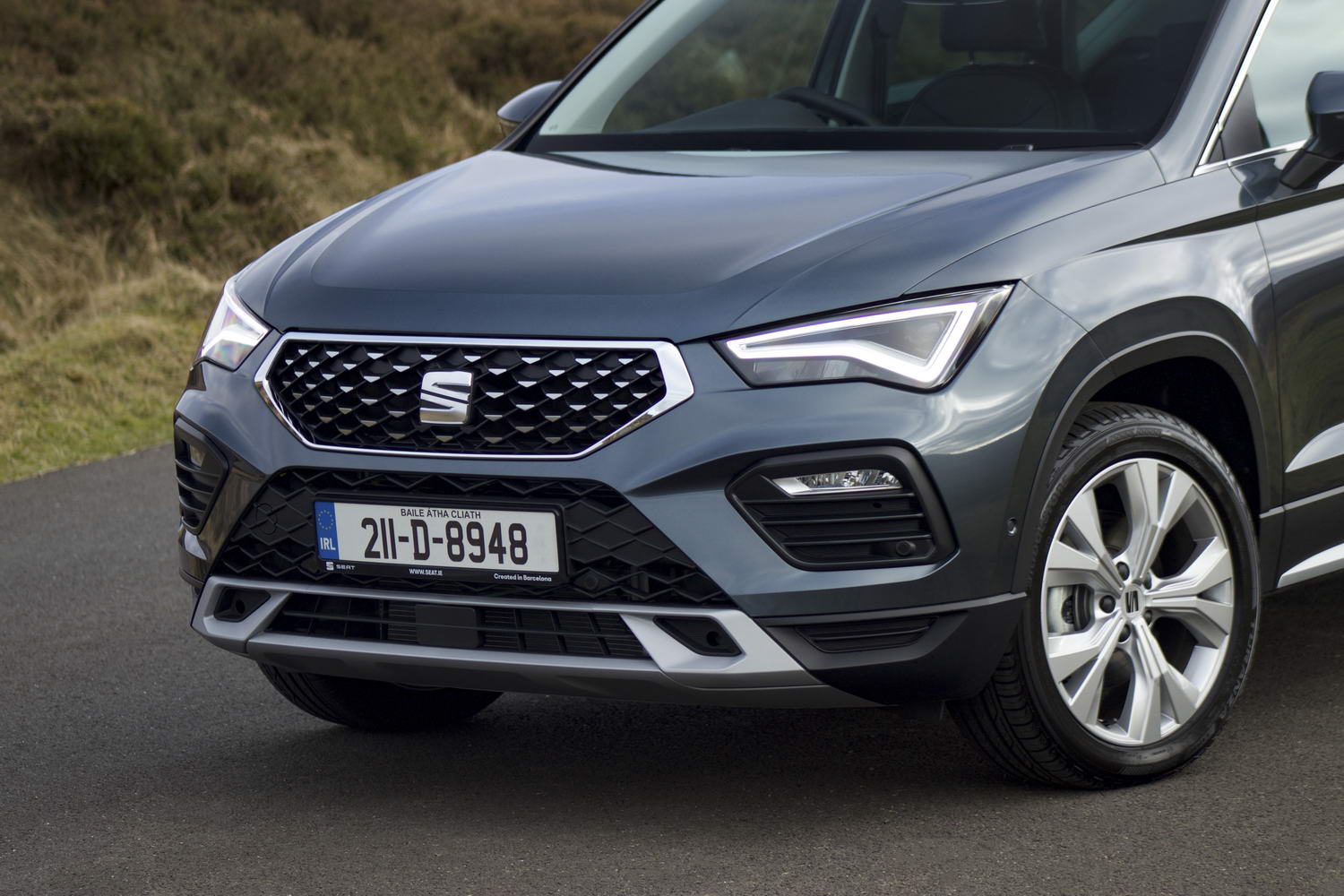 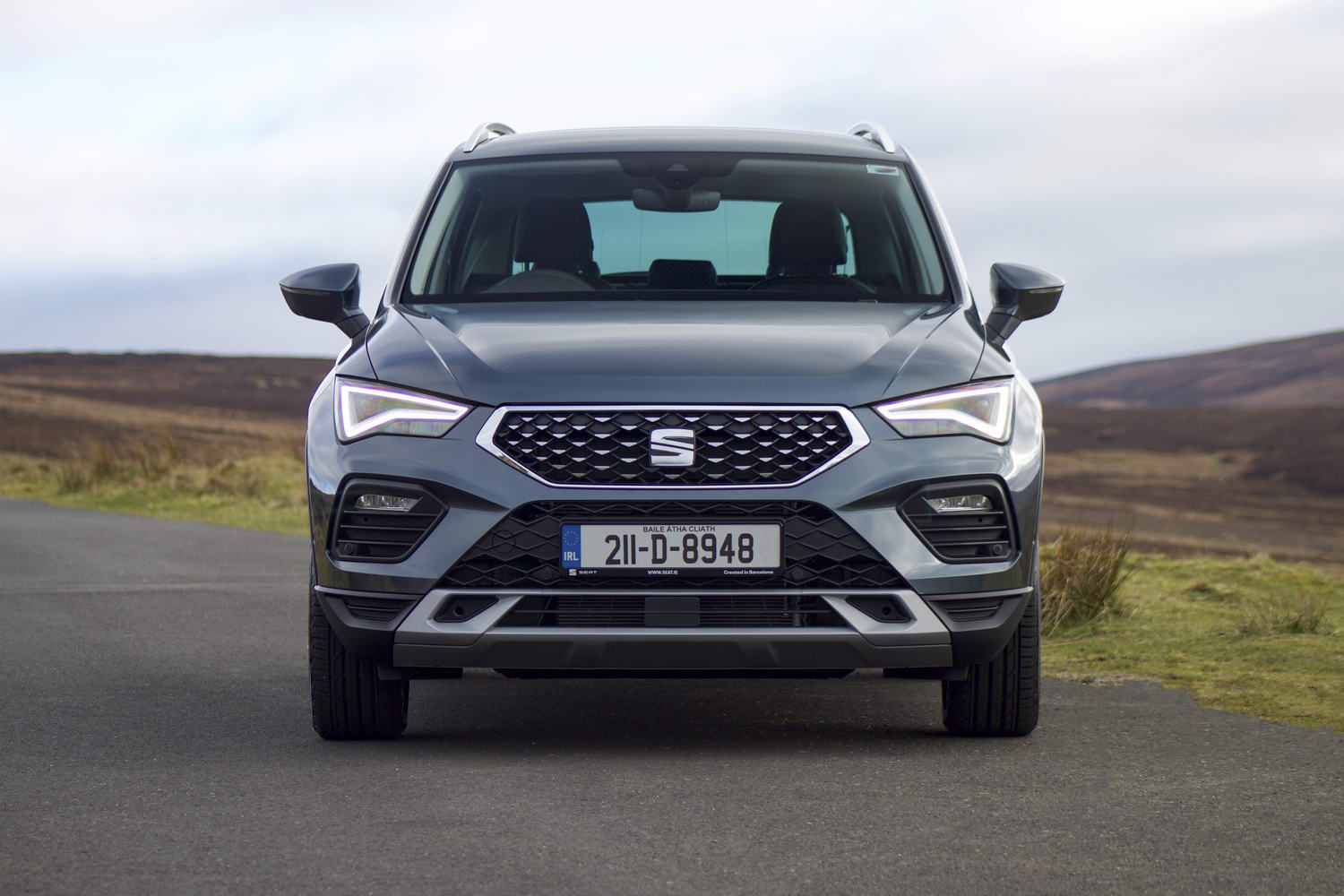 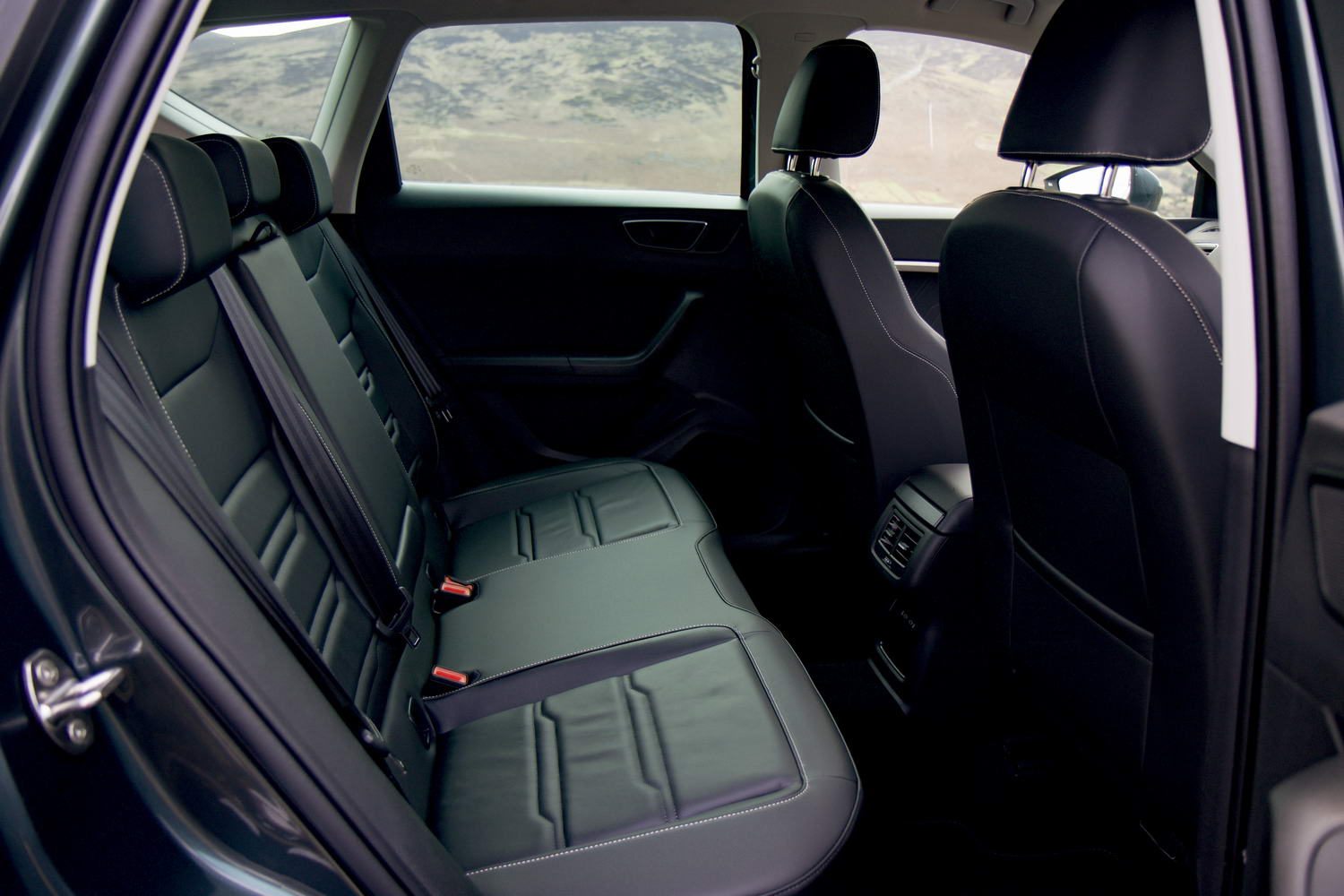 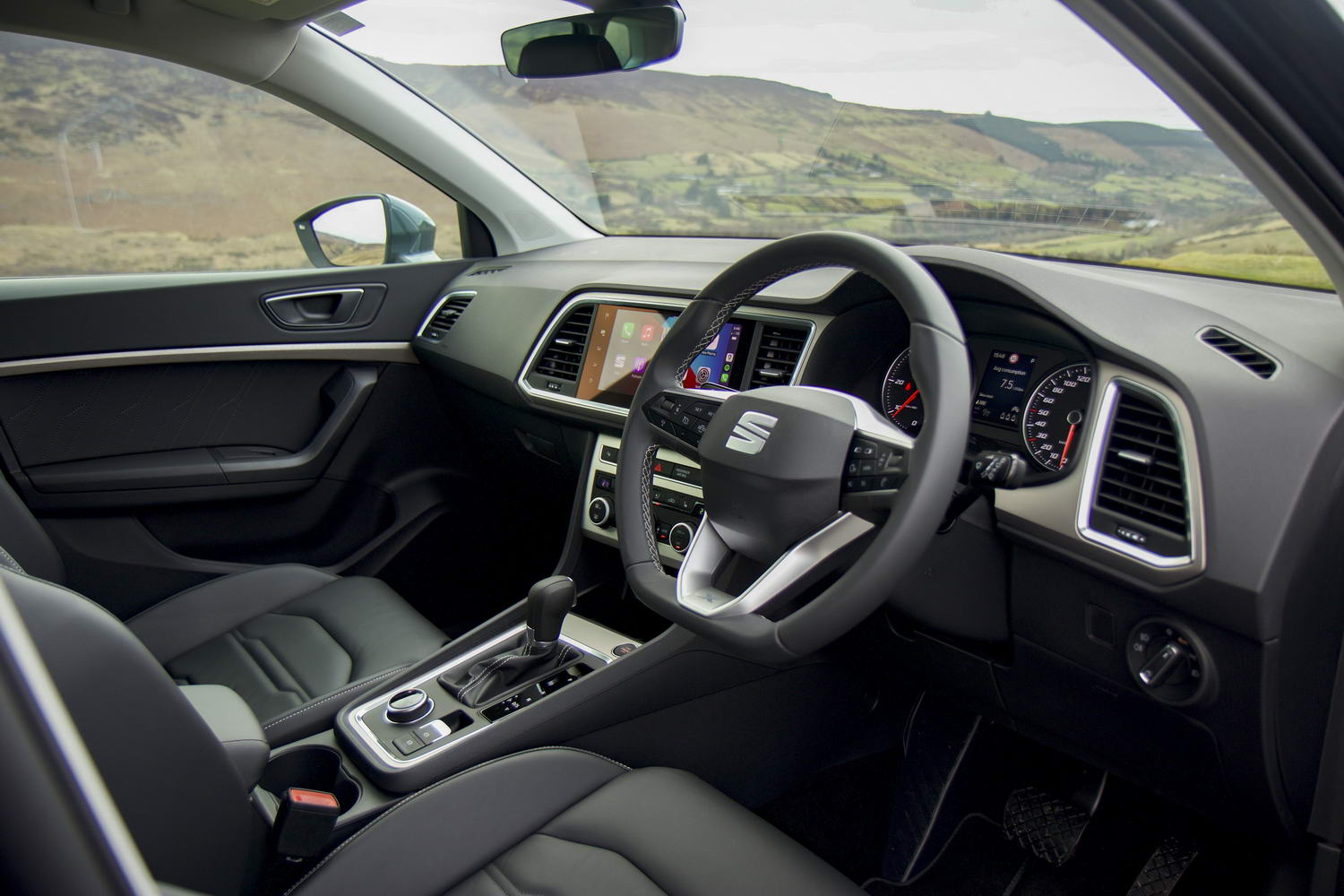 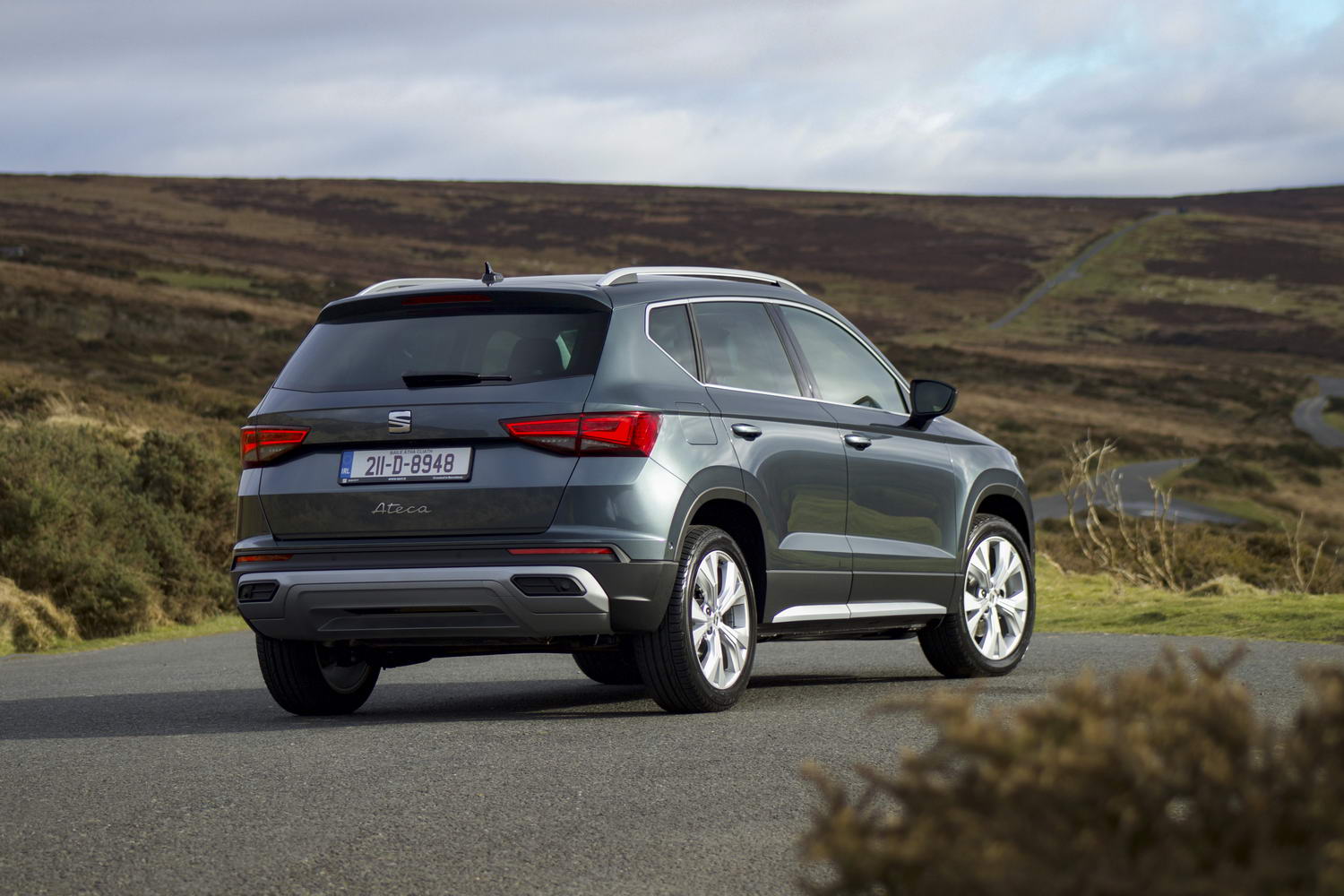 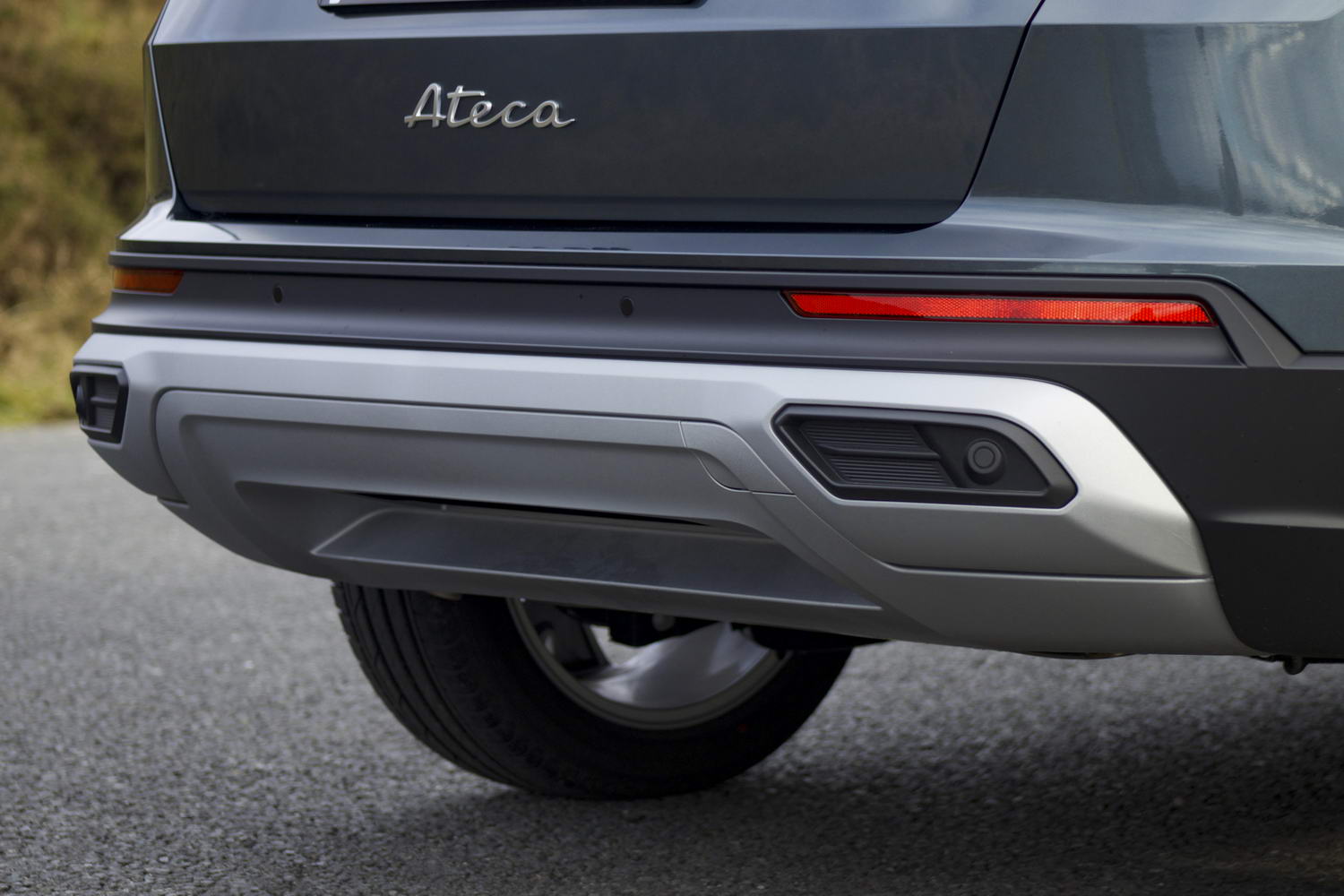 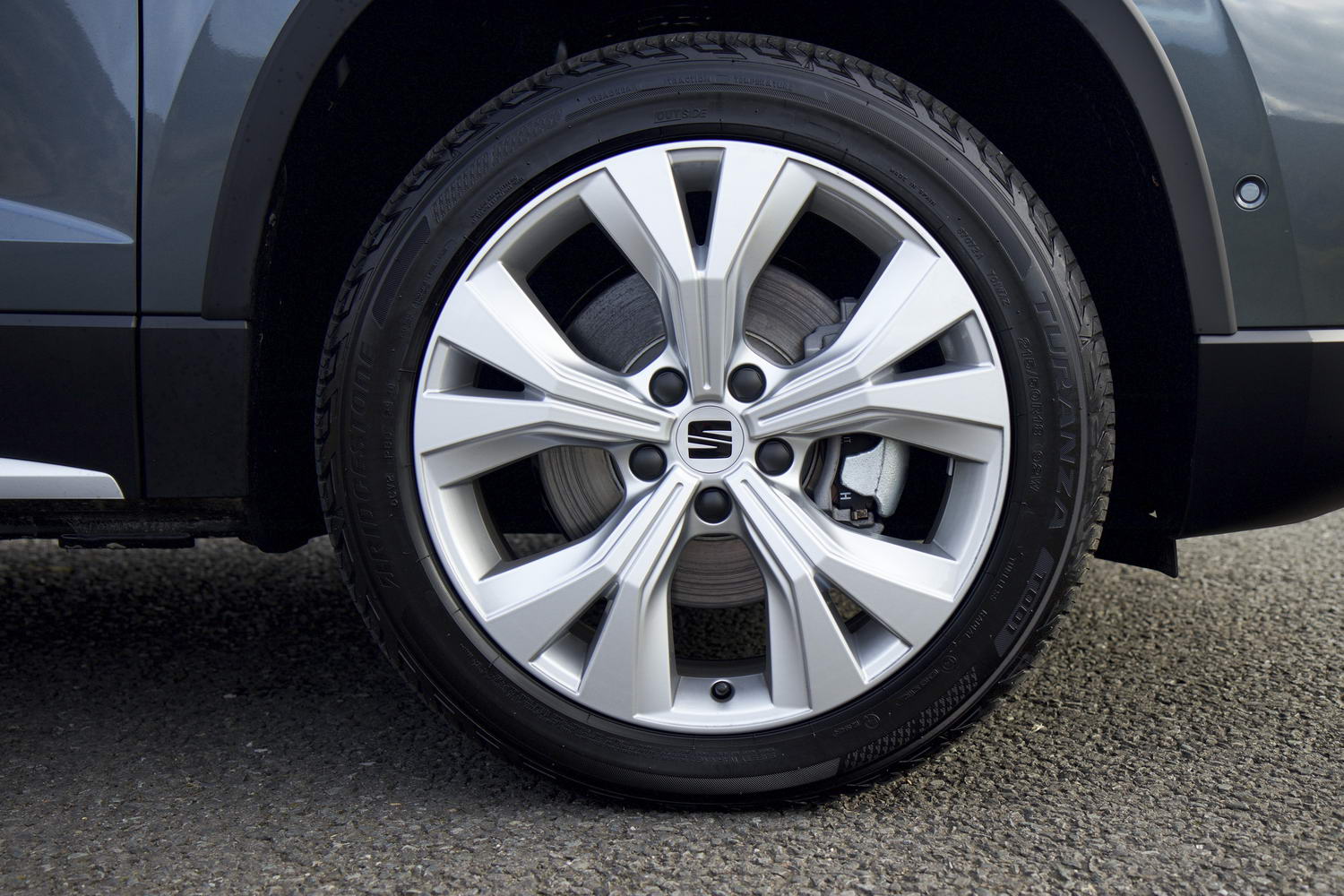 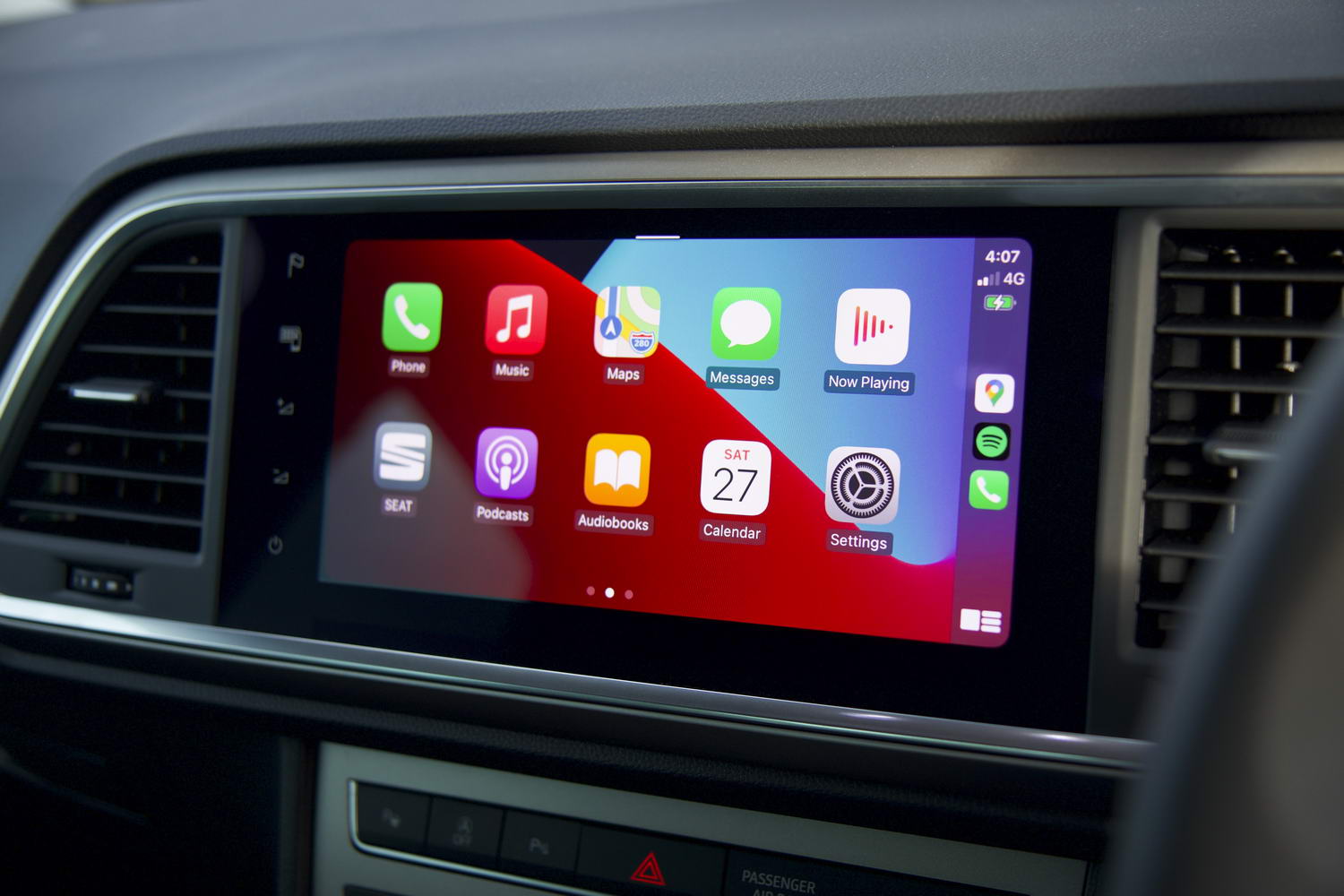 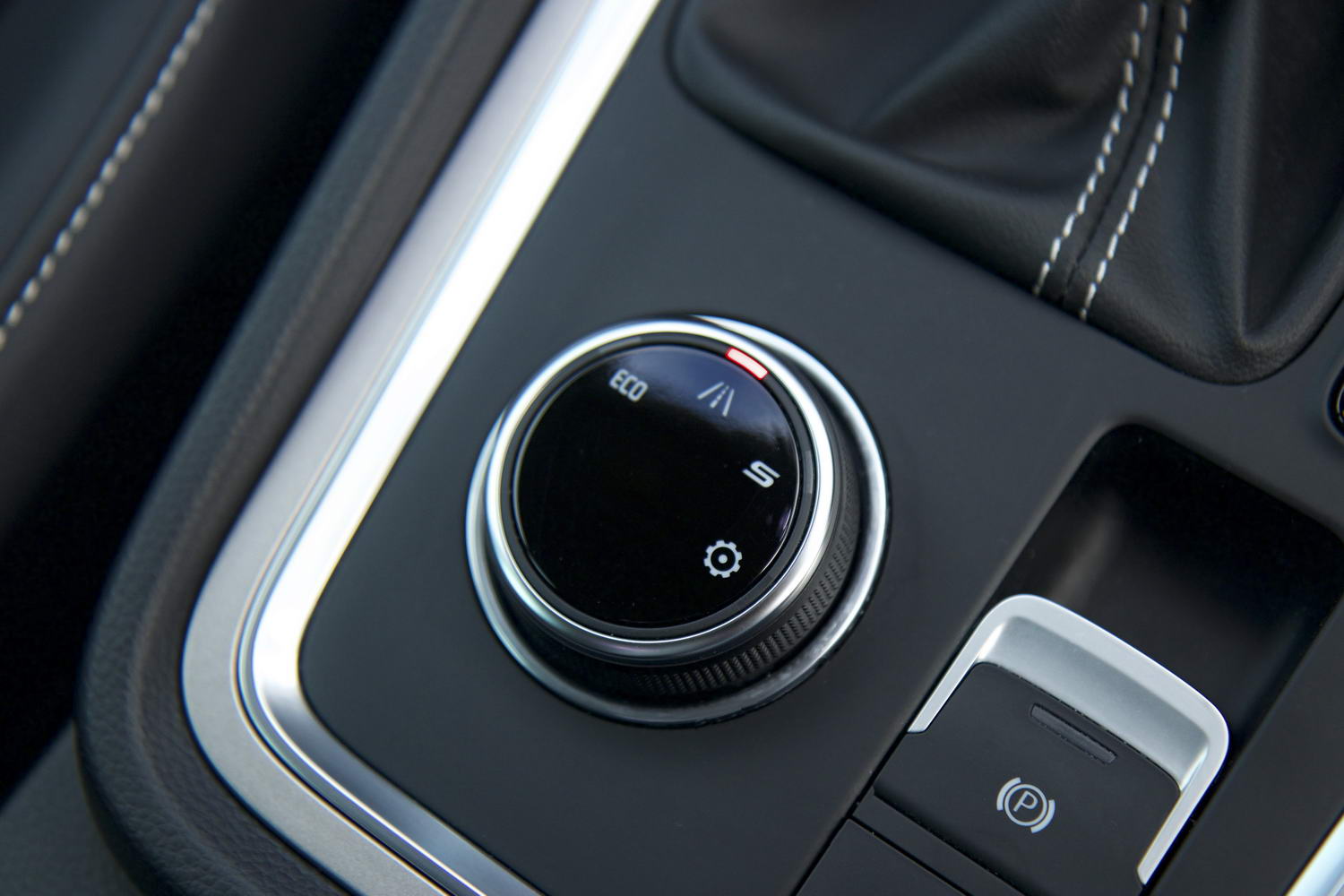 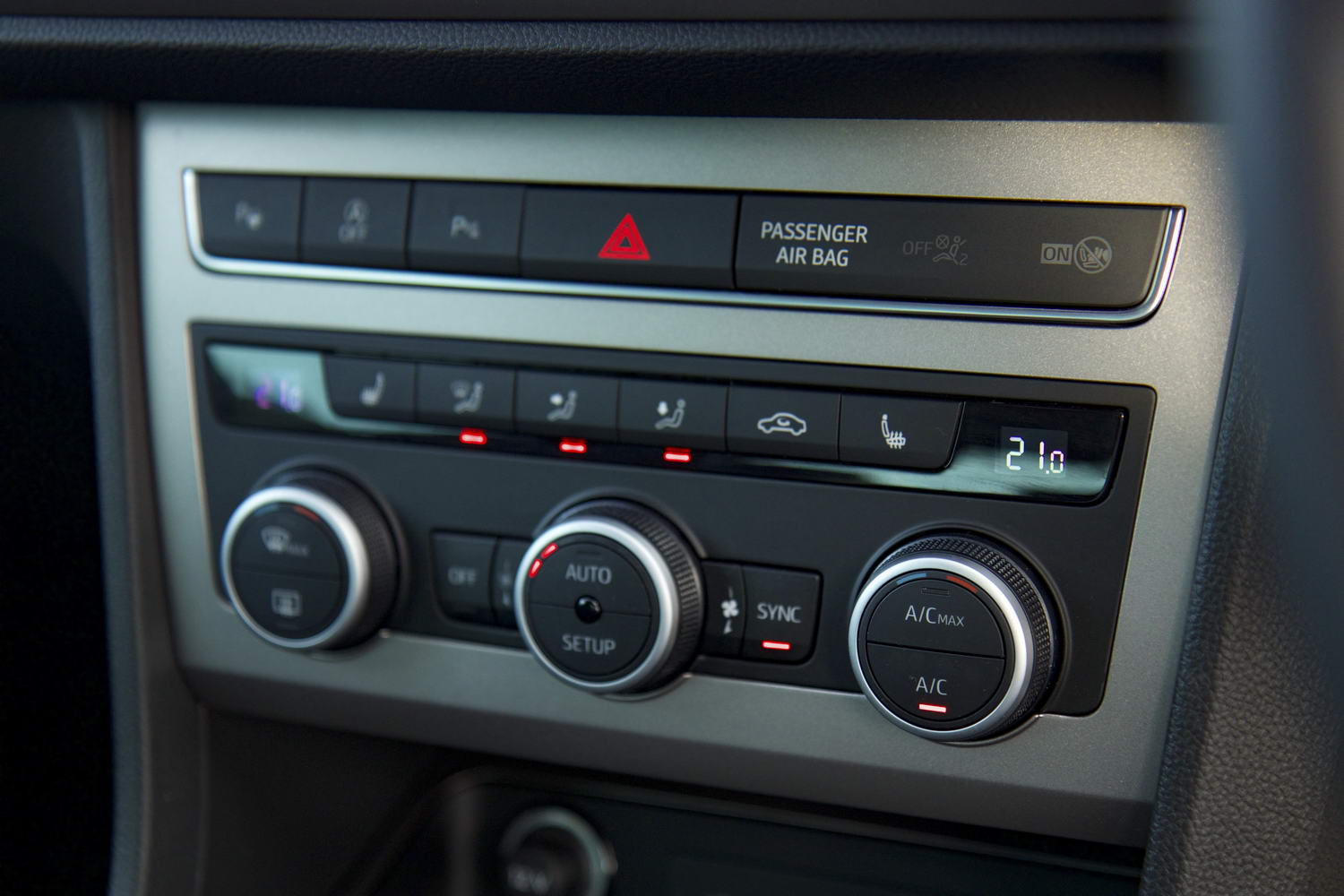 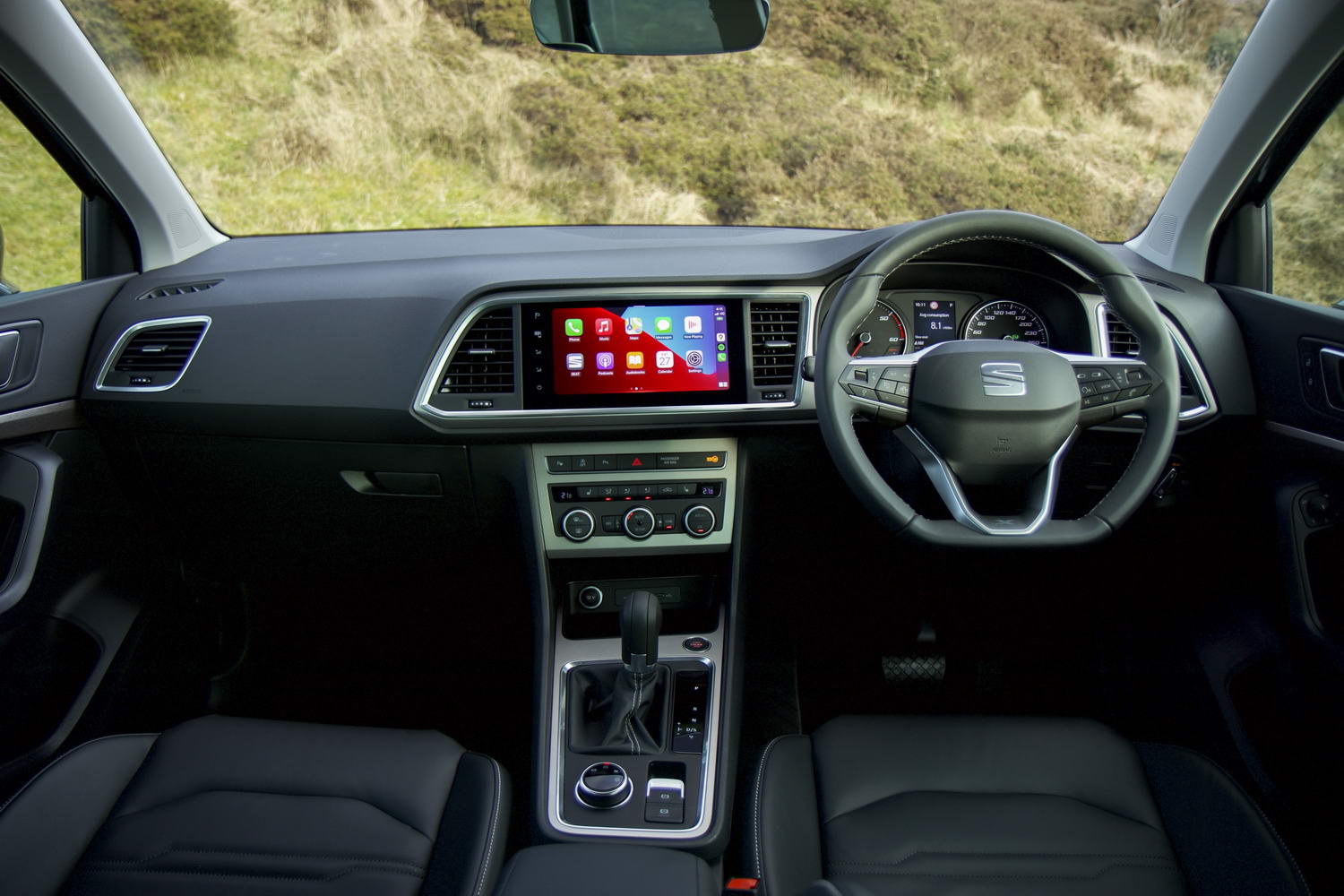 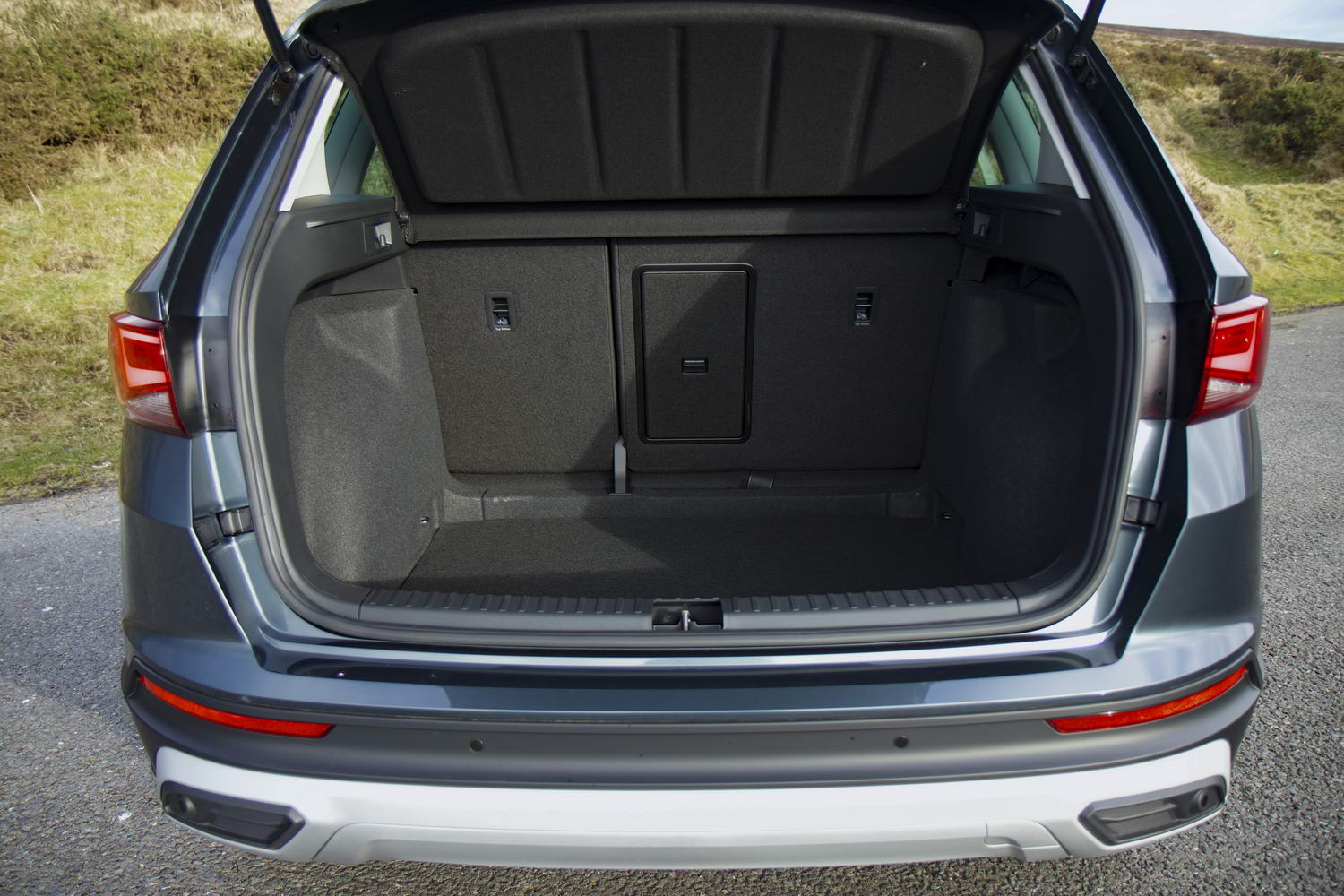 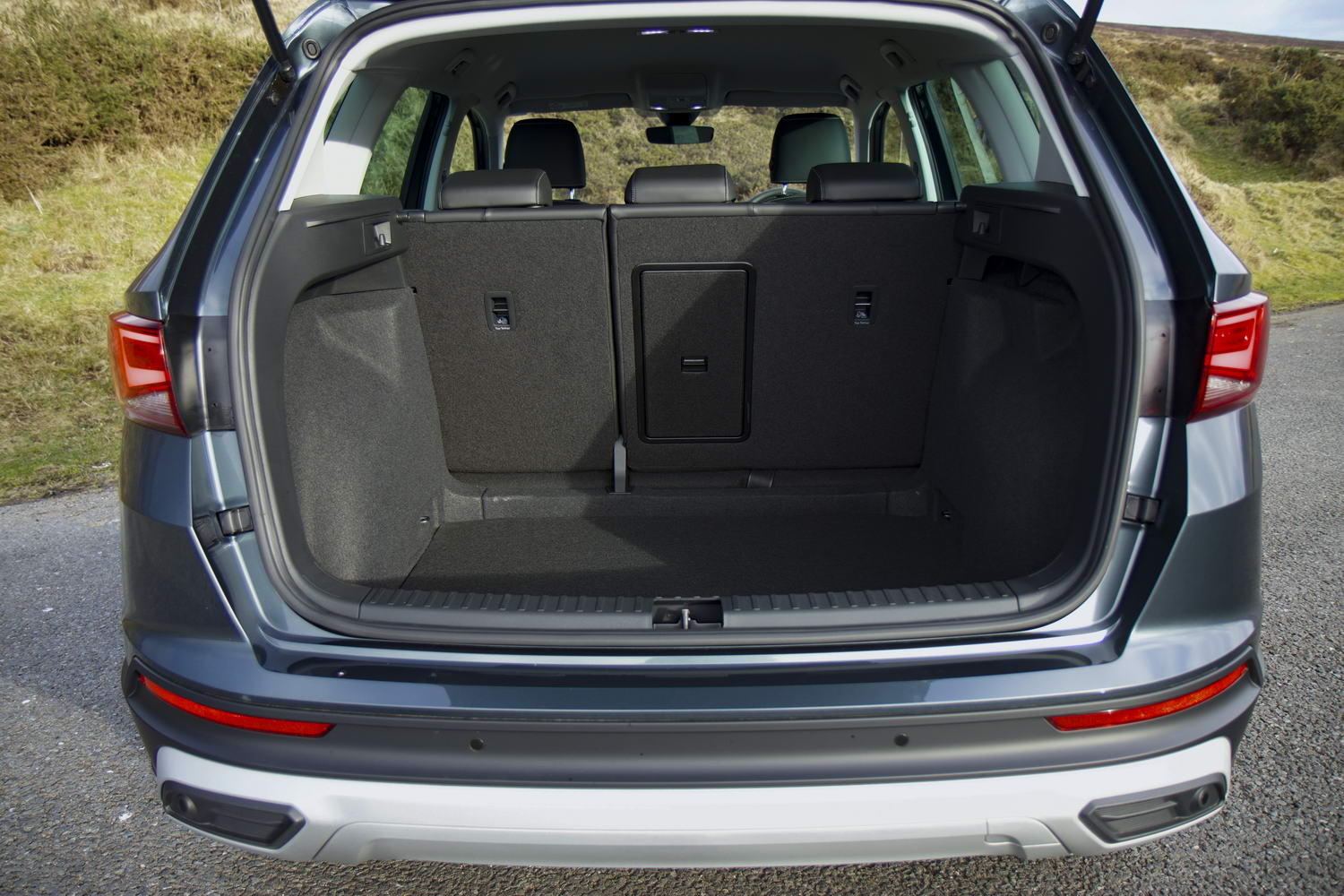 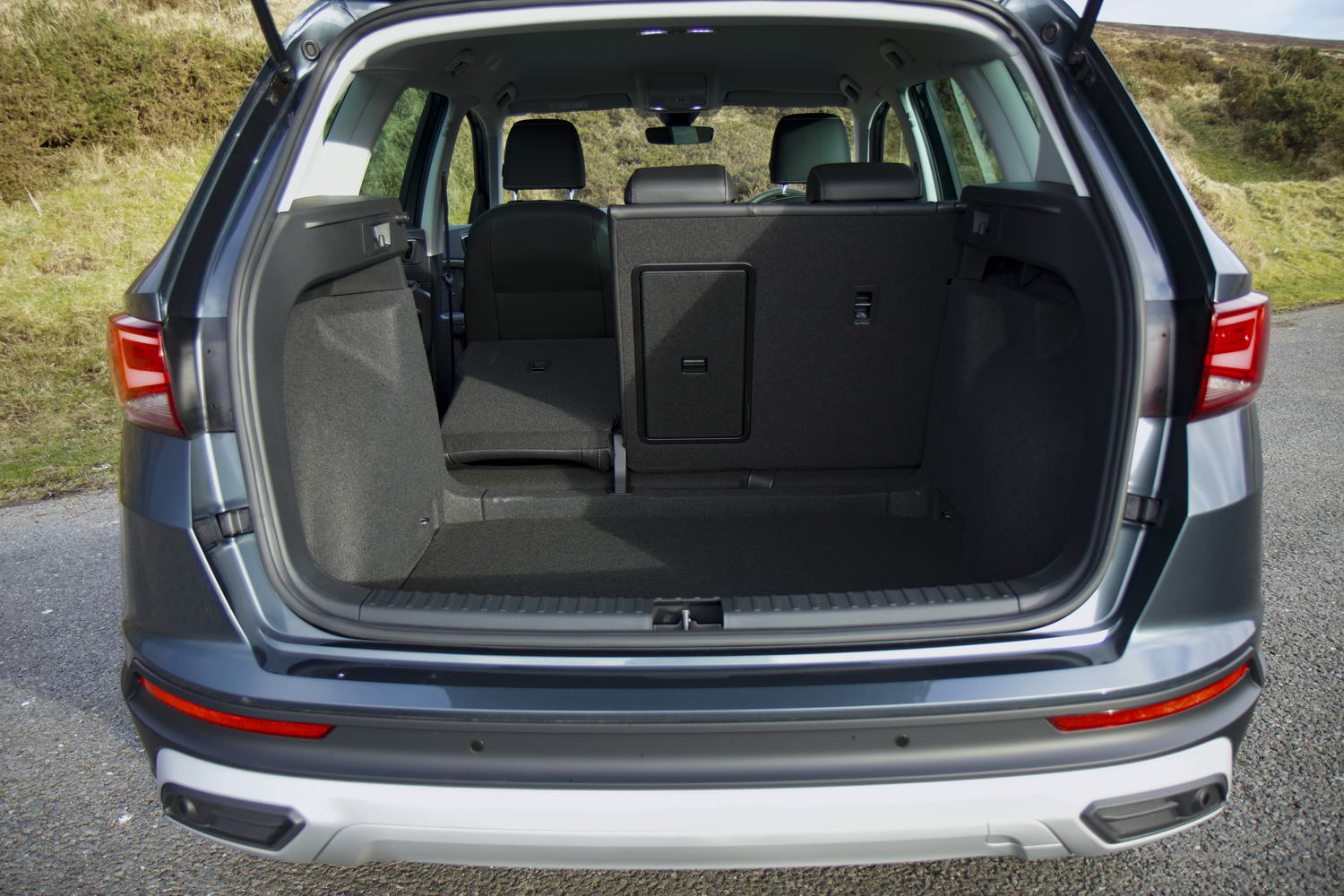 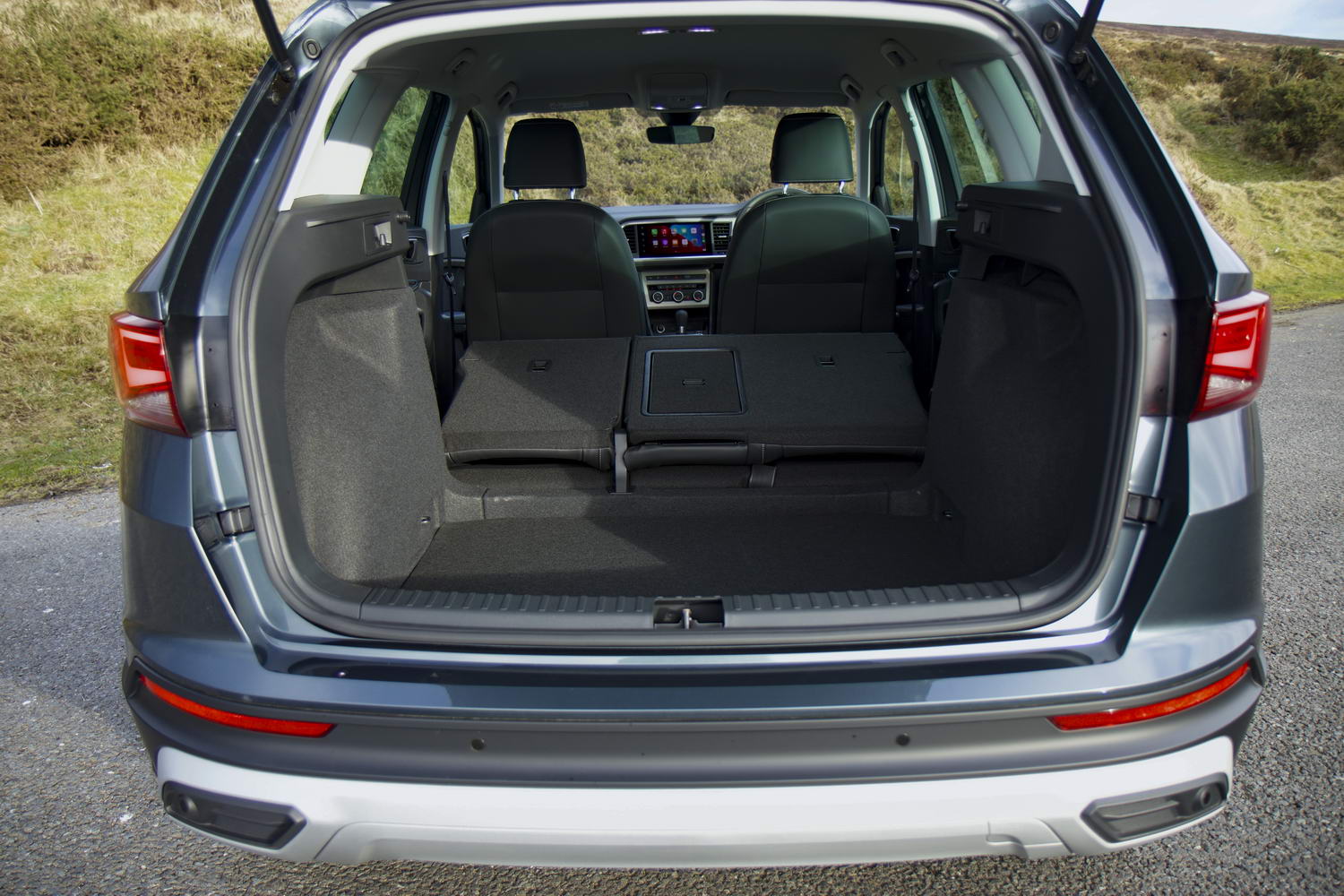 This is the updated SEAT Ateca, and it's fair to say that, five years ago, when the Ateca was first launched, it was among the very best of SUVs available. Basically a Volkswagen Tiguan underneath (mechanically speaking), yet with a lower number on its price tag, it was roomy, practical, affordable, family transport.

Nothing has changed, and yet everything has changed. Well, everything around the Ateca has changed - the market for SUVs has boomed and expanded dramatically since 2016, and now such cars make up a majority of the vehicles we buy. This is not an interesting niche anymore; this is prime motoring real estate.

To keep up with that change, the Ateca seems to have changed... well, not at all, or at least that's the way it looks. The only obvious changes on the outside are a new grille and lights at the front, making it look a little more like the bigger, seven-seat Tarraco SUV, and at the back the word 'Ateca' in a hand-written-style font, rather than the simpler block capitals of old.

Of course, this appearance of all-as-before belies some more significant changes under the skin. There's no 1.6 TDI diesel option anymore, for instance - that base engine has been replaced with a detuned 115hp 2.0-litre unit. The mid-spec diesel, the one fitted to our test car, remains at 150hp, and there's a range-topping 200hp TDI option. If you fancy petrol, you can pick from a 115hp 1.0-litre TSI or a 150hp 1.5-litre TSI. There's a plug-in hybrid model on the way.

This 150hp diesel is much changed from the outgoing unit, even if it's physically largely the same. The most significant change is the addition of a 'twin-dosing' AdBlue injection system, that sprays a urea mix into the exhaust to tamp down on nasty NOx emissions - the very pollutants that have triggered diesel's downfall in the years since the Ateca was launched.

You can have a six-speed manual gearbox, but our test Ateca came with the optional seven-speed DSG dual-clutch automatic, an option increasingly chosen by Irish buyers.

Inside, you'll find a new 9.2-inch touchscreen in the centre of the dash, along with an optional ten-inch digital instrument panel (although our car came with the standard analogue dials). That infotainment system comes with more connectivity options - including live services such as online traffic information, parking and petrol station locations, and also the opening times and current prices for those services. There's also an emergency calling system built-in, and wireless connection for Apple CarPlay and Android Auto. Oh, and a digital voice assistant that you wake up by shouting 'Hola, Hola' at the dash. SEAT is Spanish, after all...

Actually, the innovation in the Ateca that we like the sound of the most is the new 'climate coating' on the windscreen, which is said to speed up defrosting on chilly days, although, sadly, clement conditions on our test meant we couldn't put it to use.

Open the tailgate of the Ateca and behold the vast, prairie-like space of its boot. Laura Ingels Wilder could get lost in that 510-litre acreage, and that's the Ateca's trump card - it's hugely practical and useful. If you've got growing kids, then the Ateca's boot will swallow all their various chattels, while in the back there's space for growing knees.

Cabin quality remains high, as it was in the outgoing Ateca, and the new touchscreen is relatively simpler to use, in its menu structure and layout, than that of its Volkswagen cousins. The driving position is excellent, and the seats are comfortable. The Ateca, in these simple, practical areas, is genuinely a very impressive car.

It's decent to drive too, even if it has lost is previous edge over the likes of the VW Tiguan in terms of steering feel and response. With 150hp, you're never going to win any traffic light Grands Prix, and there is still a whiff of the step-off sluggishness that so blighted the previous combo of 2.0 TDI engine and the DSG gearbox, but overall the Ateca is a relaxed and capable performer. Don't consider it a sports car, and the two of you should get on fine. Having said that, front grip is good, body control fine, and the Ateca is slightly more enthusiastic in the corners than you might expect. Refinement is only so-so, though - an area in which the in-house rival Tiguan has stolen a lead.

We also like the safety kit that SEAT has brought to the Ateca. Systems such as Pre-Crash Assist, predictive adaptive cruise control (ACC), Travel Assist, Emergency Assist and Side and Exit Assist have all been added to the Ateca, and items such as front and rear seatbelt reminders, automated emergency braking and driver tiredness recognition are standard across the range. If you're hauling kids around, these are good things to have.

There's an overall thing that bugs us and it's that the Ateca seems not to have moved on very much. Whereas the also-updated VW Tiguan now feels classier and more refined than it did, the Ateca feels better, but not much so. It's basically the same as it was, and treading water in a fast-changing market is not a great idea. While the engine is doubtless cleaner than it was, there's no getting away from the fact that similarly priced rivals from Toyota and Hyundai can now offer a hybrid option, while the €44,000 price tag for our Xperience test car puts this particular Ateca right up against VW's new all-electric ID.4, which feels like a much more modern, more zeitgeist-y choice (if admittedly not one for everyone just yet).

That the SEAT Ateca remains a fine, and well-sorted car is not in question. The problem is that the rest of the SUV class has moved on, and the Ateca still seems mired in 2016. That said, if you're looking for good value, high quality, lots of safety kit and cavernous space, look no further.

The SEAT Ateca began at a high standard when it was launched in 2016, and the improvements that add up to this updated version are welcome, but there are several newer cars in the segment that now surpass it. Still, it remains one of the more engaging cars to drive due to how it handles. Its 2.0-litre TDI engine is good on long runs, but petrol power will suit it better for urban driving.

Hyundai Tucson Hybrid (2021) review
Hyundai Tucson vs. SEAT Ateca 2.0 TDI Xperience (2021): the Tucson has dramatic styling inside and out, and is not half-bad to drive, either. Now comes with hybrid power, which is likely to be the choice of most buyers in the very near future. 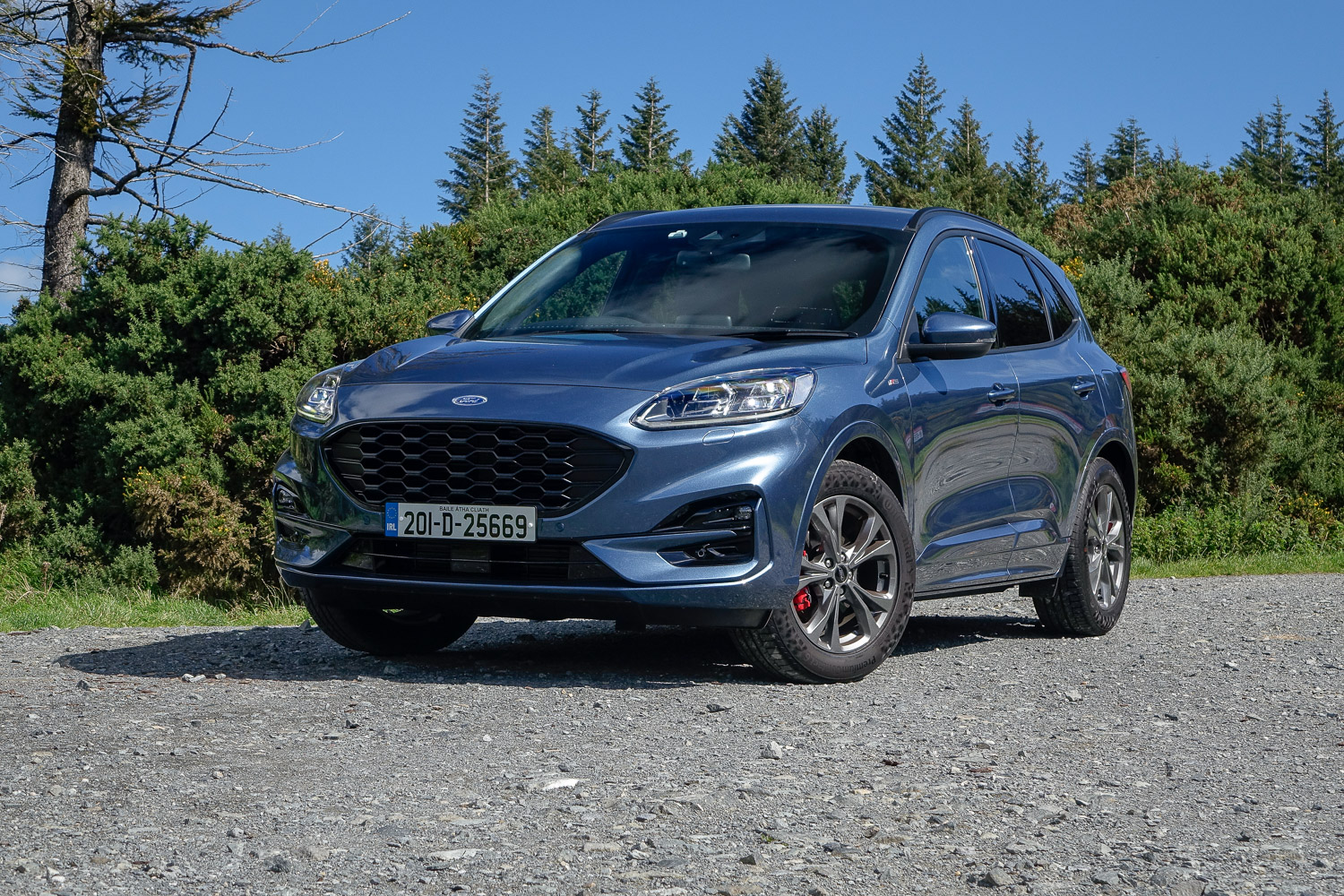 Ford Kuga 1.5 EcoBlue diesel (2020) review
Ford Kuga vs. SEAT Ateca 2.0 TDI Xperience (2021): Ford's diesel Kuga feels sharper to drive than the Ateca, and is no less practical, but is let down by a cabin that doesn't look nor feel as high quality as that of the SEAT. 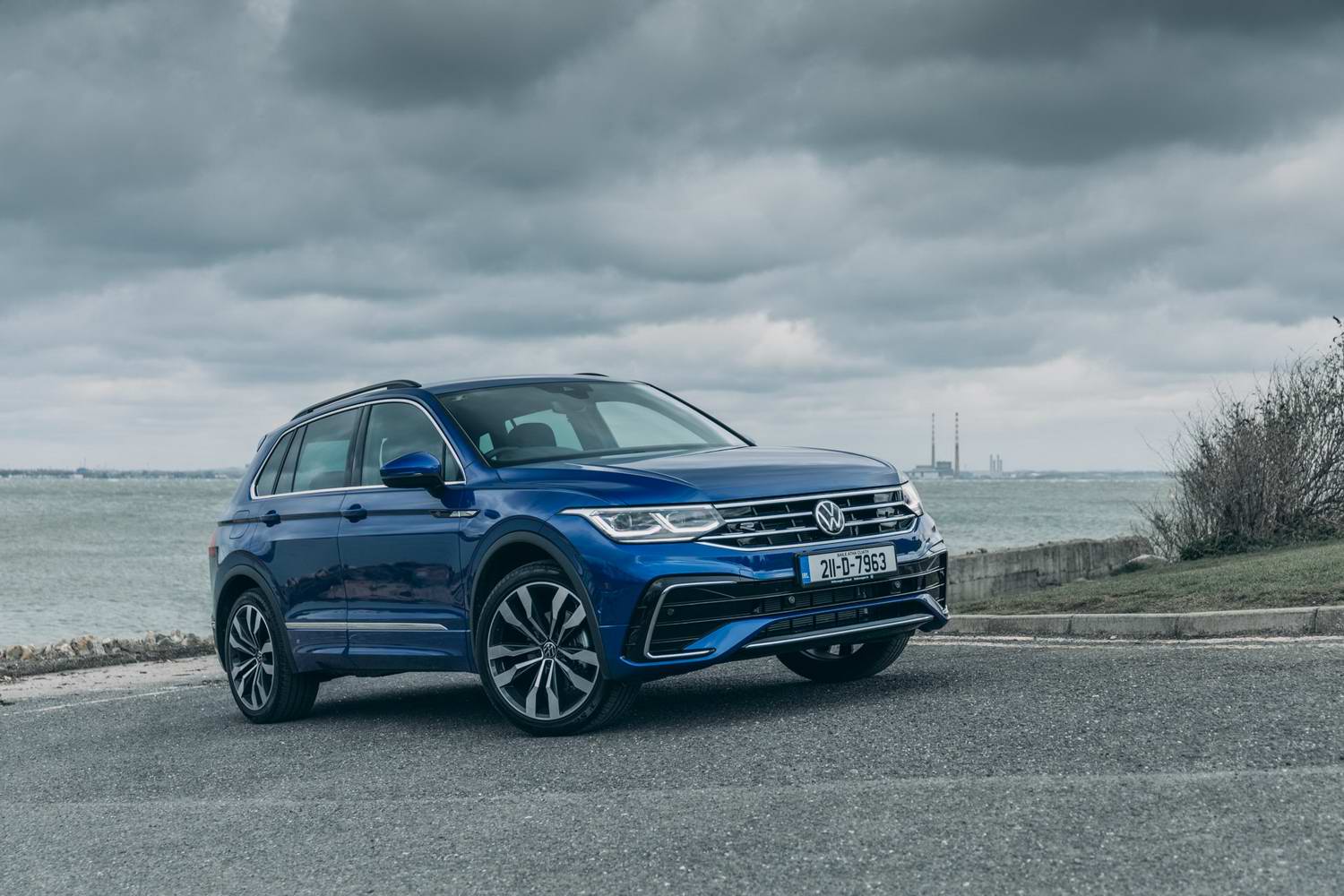 Volkswagen Tiguan 2.0 TDI 150 R-Line (2021) review
Volkswagen Tiguan vs. SEAT Ateca 2.0 TDI Xperience (2021): the Tiguan suffers from the same lack of hybrid options (temporarily) as the SEAT, but looks and feels classier inside and out. More refined, too, and not that much more expensive, really.