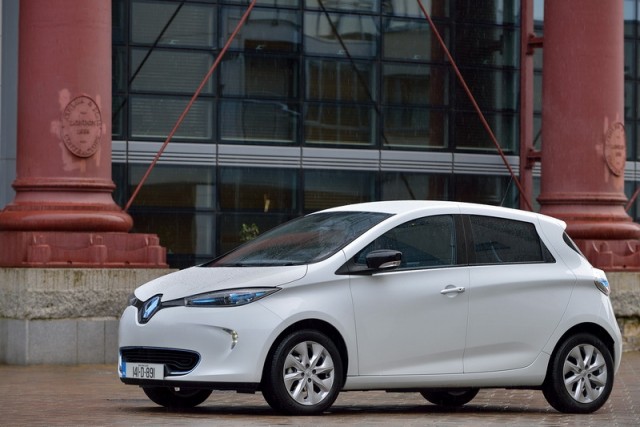 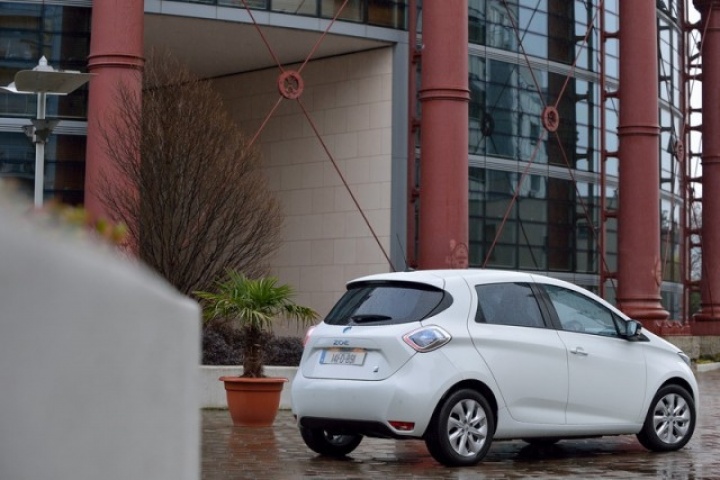 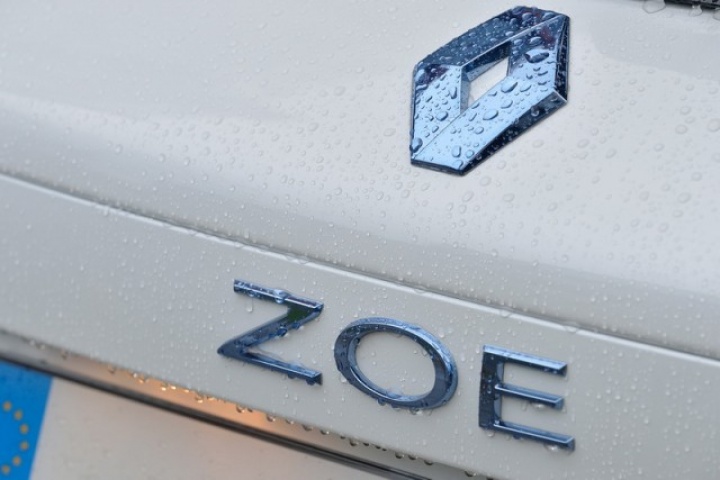 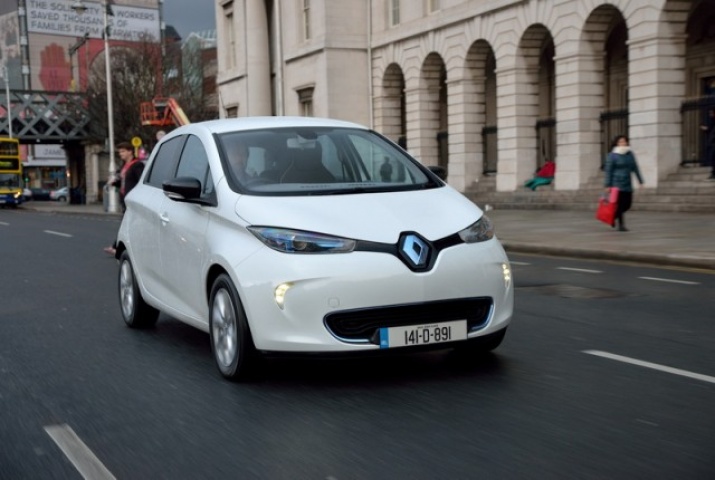 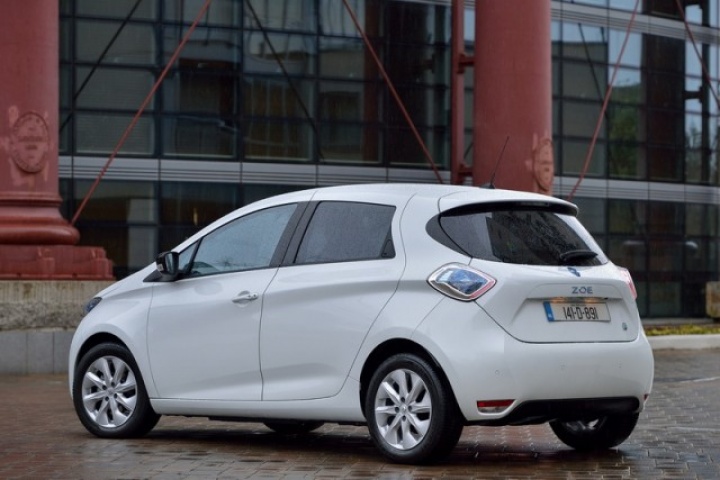 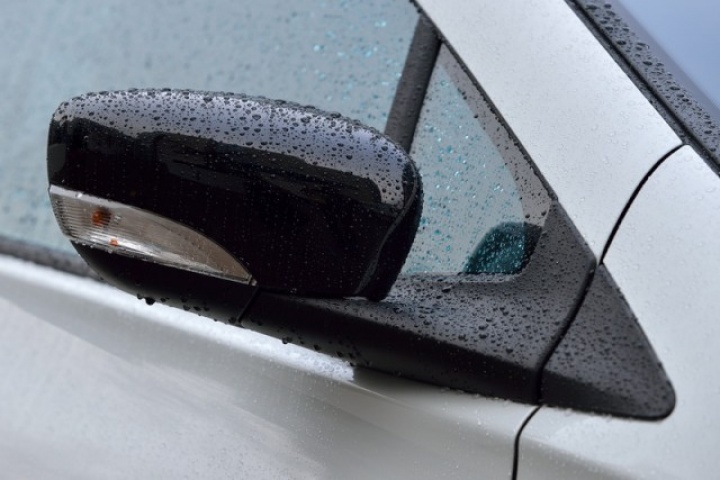 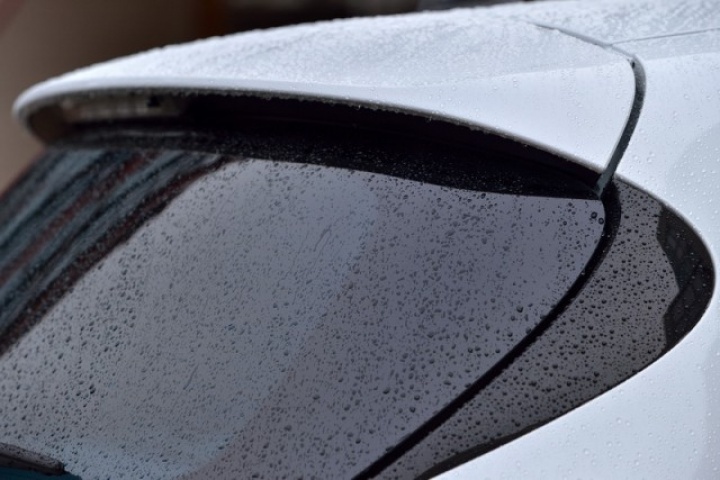 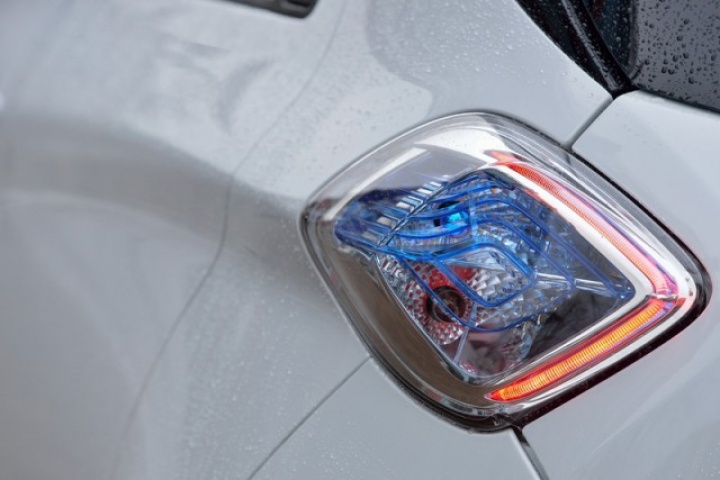 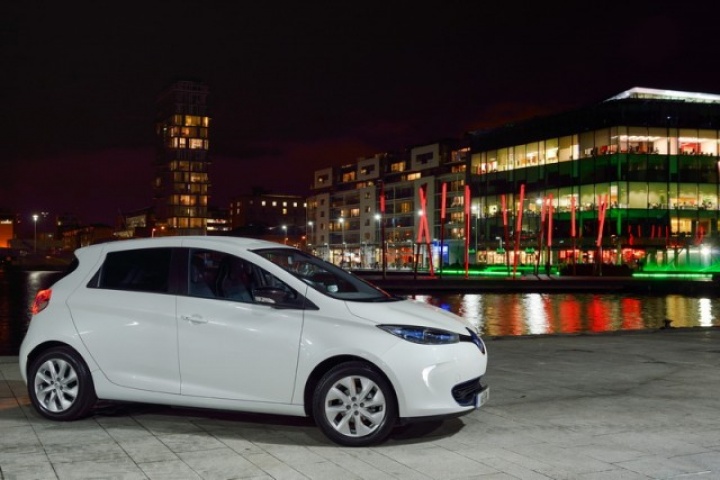 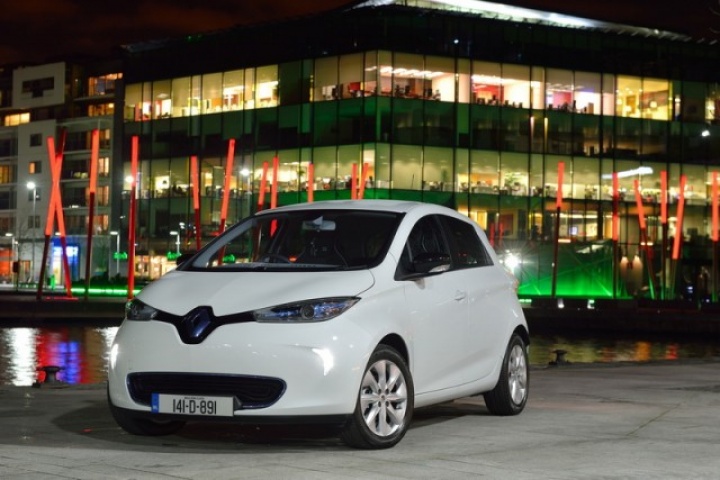 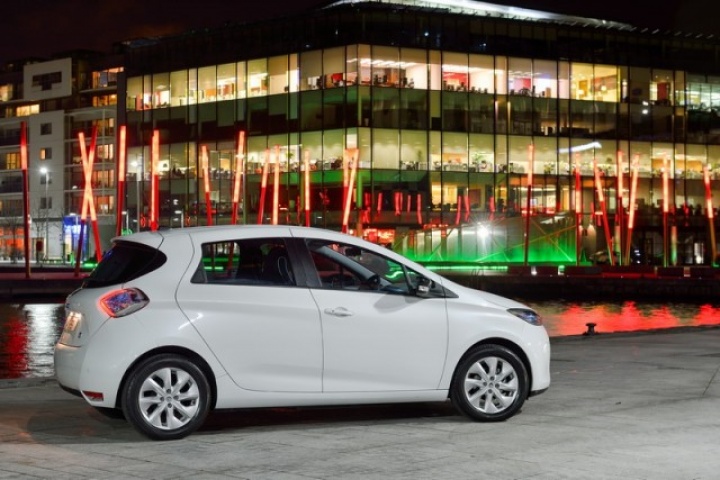 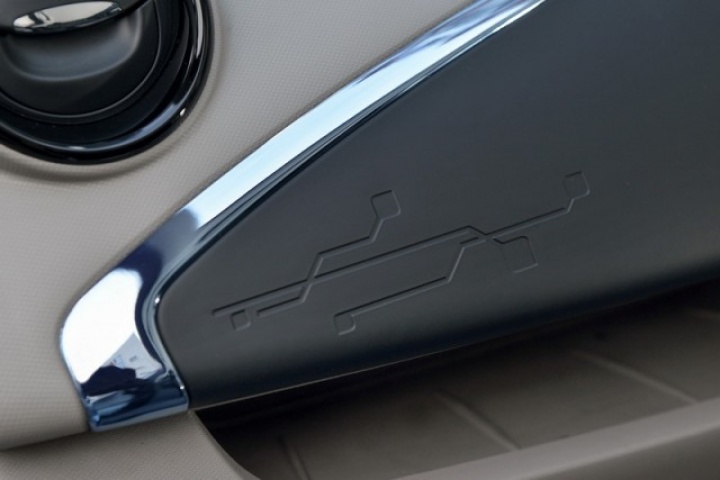 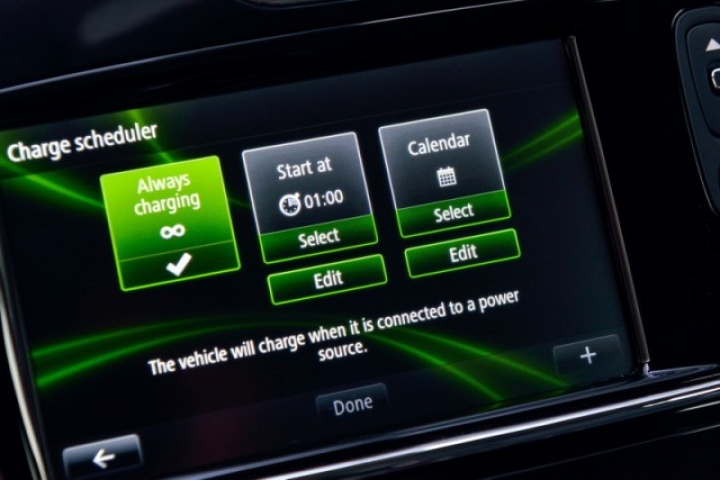 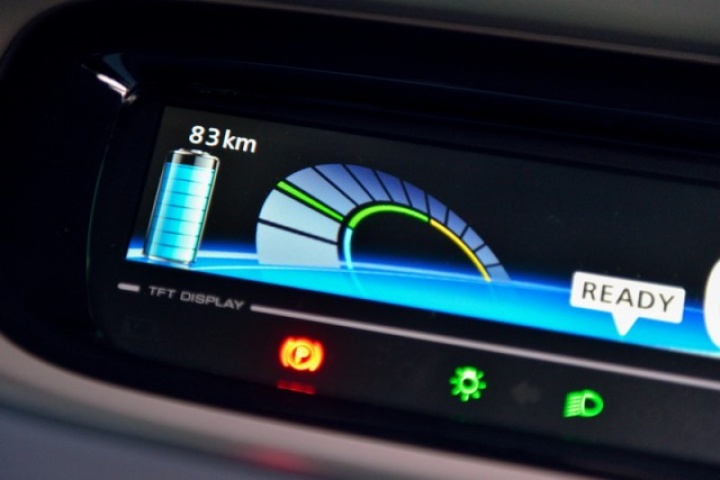 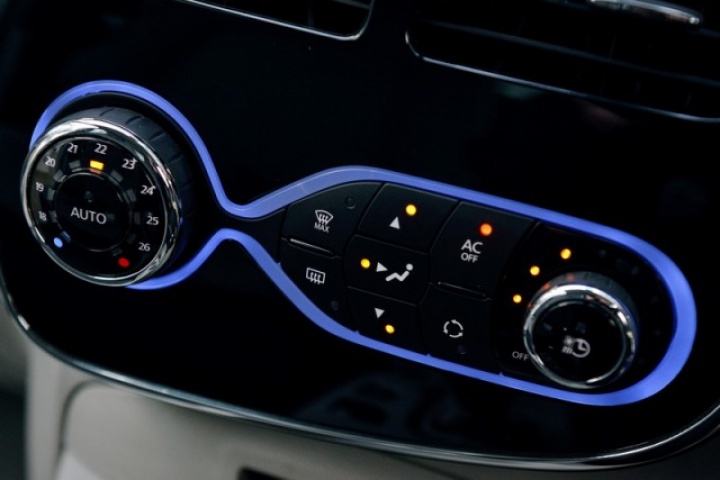 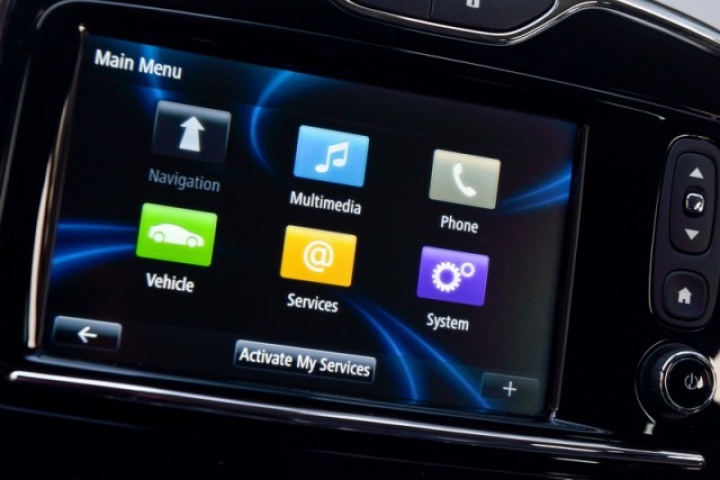 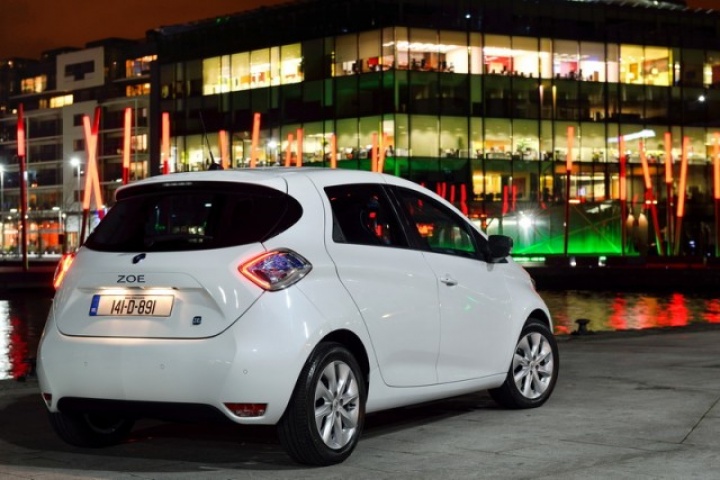 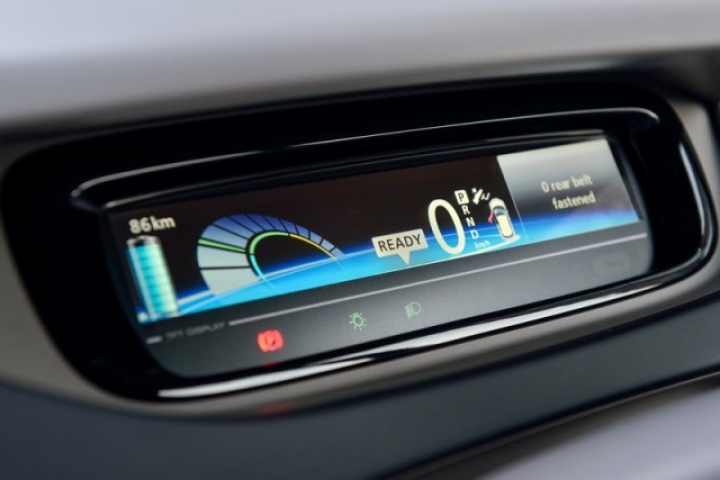 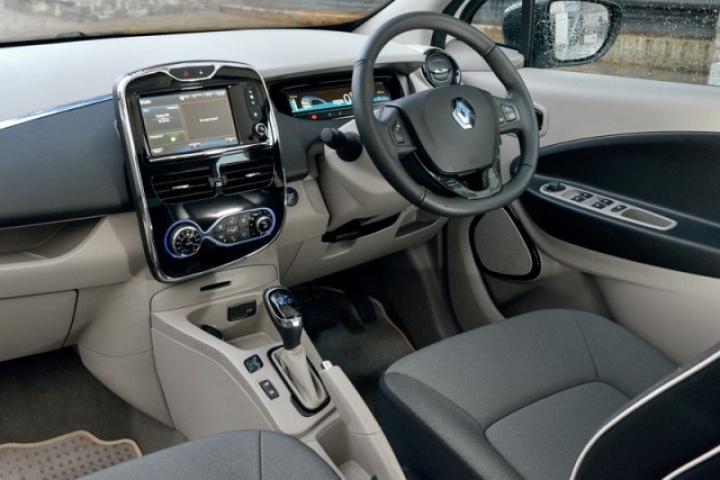 Not so good: reflective dashboard, just not cheap enough to buy or run.

Irrespective of propulsion methods the Renault Zoe is a rather handsome little car. It is just large enough to serve as a small family car, without being so big as to make it redundant as a nippy little town car. The squinting headlights, aerodynamic front-end and faux three-door image all combine to give the Zoe a certain, as the French say, 'I don't know what'. Adding the fact that it is an electric-only vehicle gives it, depending on your viewpoint, another degree of coolness.

Up until now Renault's foray into the world of electric vehicles has consisted of investing enormous sums of money into developing technology showcased in cars that perhaps didn't go quite far enough to whet the public's appetite. The Fluence Z.E. was, save for some different rear lights and an elongated boot lid, always going to struggle for appeal, even when pitched against the quirky Nissan Leaf. On the other hand it served to make an electric vehicle blend in more with the regular traffic, unlike Renault's other all-electric model, the Twizy. That was, well, different. A fantastic concept that sadly has very limited real-world usefulness - in this part of the world in any case.

That all seems like a distant memory now with the arrival of the Zoe, which on first inspection appears to pretty much hit the nail on the head. The combination of it being a decent size, with a full-size boot, trendy styling inside and out bode well. Renault has gone about the Zoe the right way by giving it a totally unique style that doesn't try too hard to look quirky simply because it's electric.

Open the generously sized doors and you are met with what is easily the best interior that Renault has produced in a long time. The design is fresh and simple, but crucially not bare. It is how you would expect a modern electric city car to look with reassuringly good levels of fit and finish. However, one point of particular annoyance is the material that the top of the dashboard is finished in causes a significant amount of distracting reflection on the inside of the windscreen.

Powering the Zoe is a 65kW synchronous electric motor, which for the most part is sufficient for what most potential buyers are going to use it for. The car rides well over a multitude of surfaces and feels solid. The steering is light enough for around town but weights up nicely when cruising at motorway speeds. And aside from having reasonably good levels of noise insulation the Zoe also performs efficiently over long motorway runs, retaining a realistic range. For those with anxiety related to this there is some relief from the Zoe's large touchscreen screen, which displays a variety of both range and driving details including a rating system that shows just how efficiently you're driving.

The most important question relating to the Zoe is how well does it perform in the real world? If you were to solely go on the claimed range figures, 210 kilometres is possible, although we struggled to get close to this figure. When fully charged it will hover around the 140km range mark for longer than you expect before gradually dropping down at a consistent rate. Keeping the windows down rather than relying on the air conditioning did help to extend the range, but it is also worth considering a probable decline in range during the winter months when battery capacity can be affected due to temperatures - along with the need to have the heating on more often. As is de rigueur with electric cars nowadays, the heating system can be programmed to come on in the morning while the car is still being charged, reducing battery drain somewhat.

Staying on the topic of charging, the Zoe does have one or two tricks up its sleeve. Although it doesn't feature a fast charge socket it does have what Renault calls a 'Chameleon' charging system, which is able to fast charge up to 80 per cent of its battery in around 30 minutes via the AC charging network that runs at 43kW, and can do the same with conventional charging stations in around an hour. That in itself may just be one of the best features of the Zoe.

However, we must address the reasonably-sized elephant in the room - this car's price. The Zoe comes in at around the same kind of asking price as its conventionally-powered rivals, which wouldn't be too bad was it not for the additional monthly battery lease that every buyer will have to pay. If you plan on driving up to 12,500km annually, you will still have to fork out €79 per month in addition to your electricity costs, which run between €2 and €4 per charge. It's only when you add up the costs of the battery rental along with a few charges each week (without factoring in the negligible road tax savings) and you are perilously close to the sort of running costs that you'd have with any other rival car.

All of this puts the Zoe back into the lifestyle choice category rather than the 'you'd-be-mad-not-to-buy-it' category that it could potentially have found itself in. For those less concerned about the pounds, shillings and pence [Very retro Dave - Ed] the Zoe is a capable car - especially if you mainly do short trips - and if anything will be bought for its individuality.

Ford Fiesta 1.0 EcoBoost review
Ford Fiesta vs. Renault Zoe: with the EcoBoost engine it is the most complete package in the segment with looks that remain sharp too. 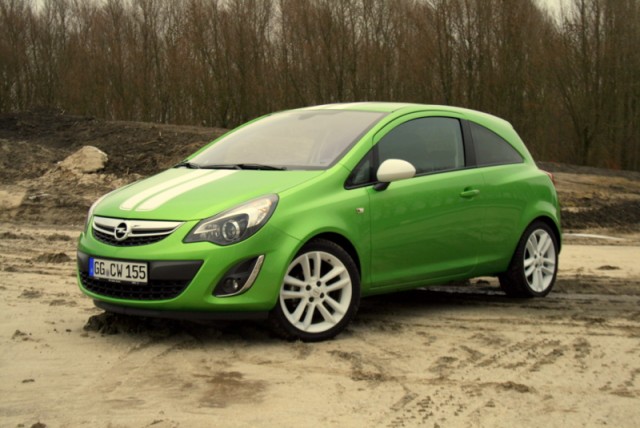 Opel Corsa review
Opel Corsa vs. Renault Zoe: soon to be replaced with a significantly different new model, it has the potential to raise the bar in the segment once more. 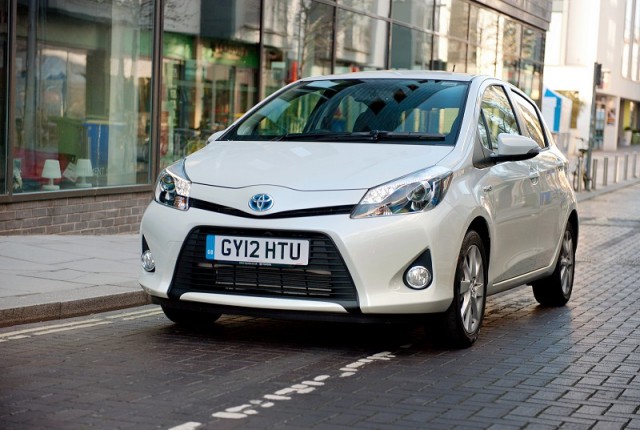