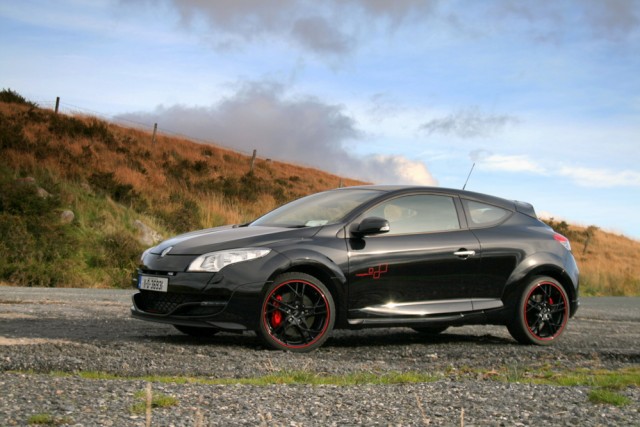 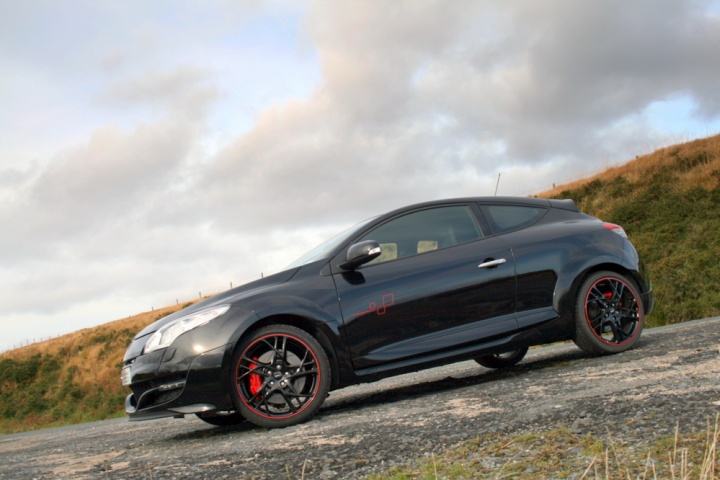 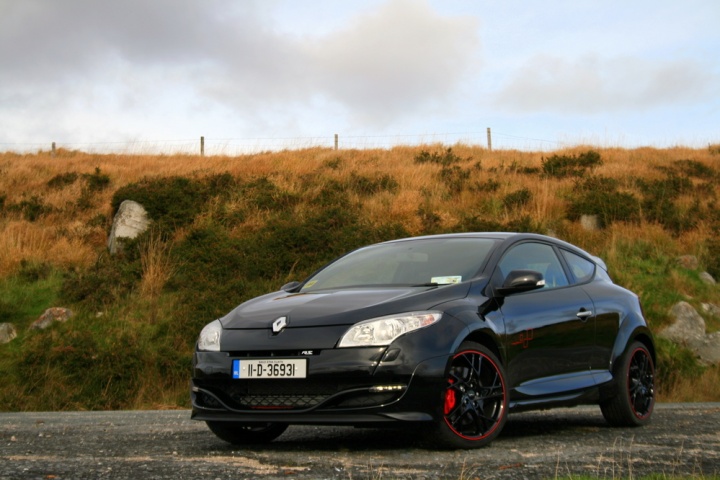 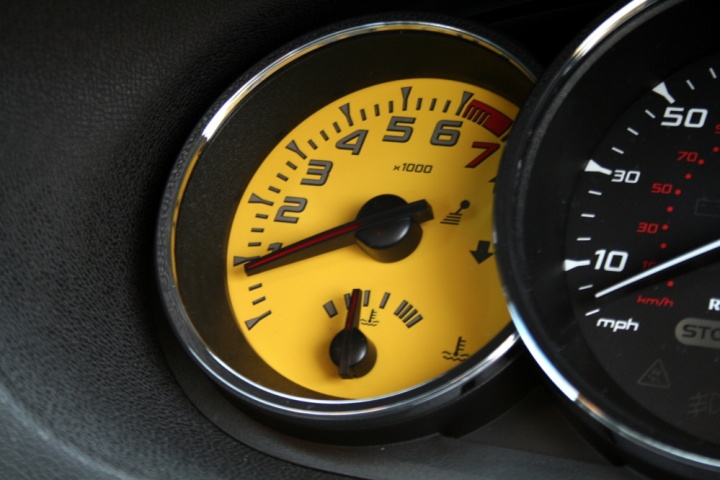 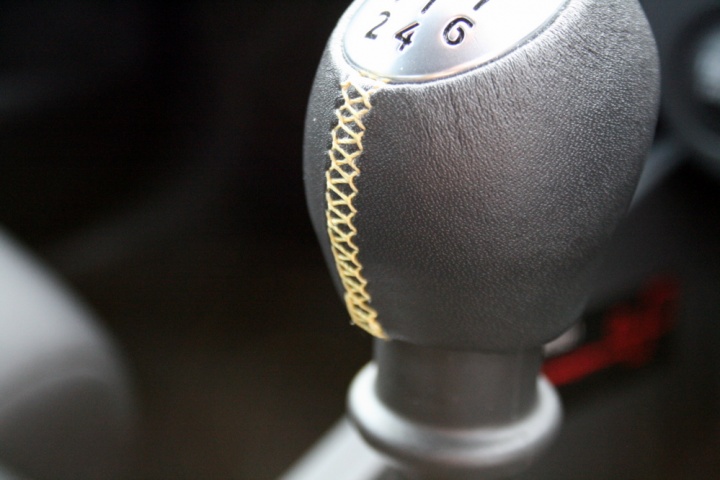 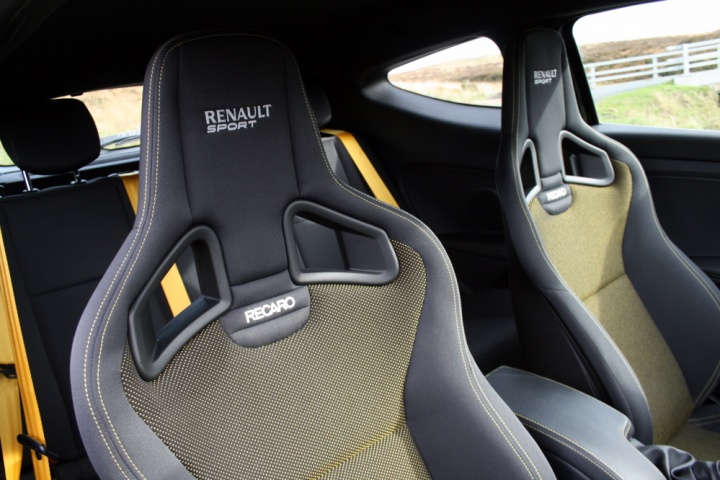 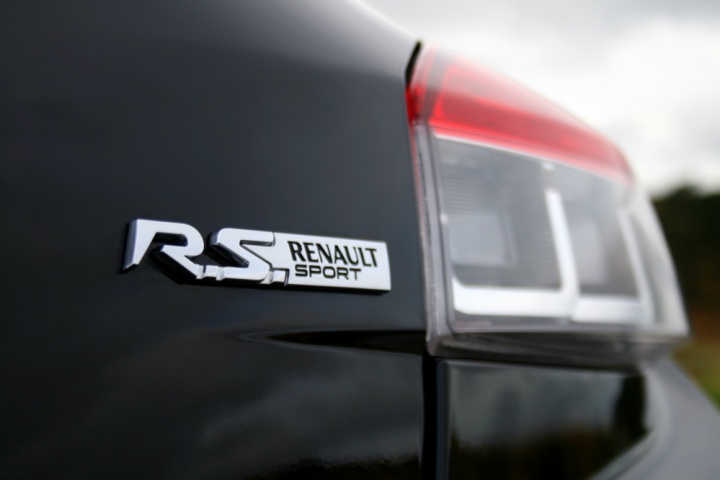 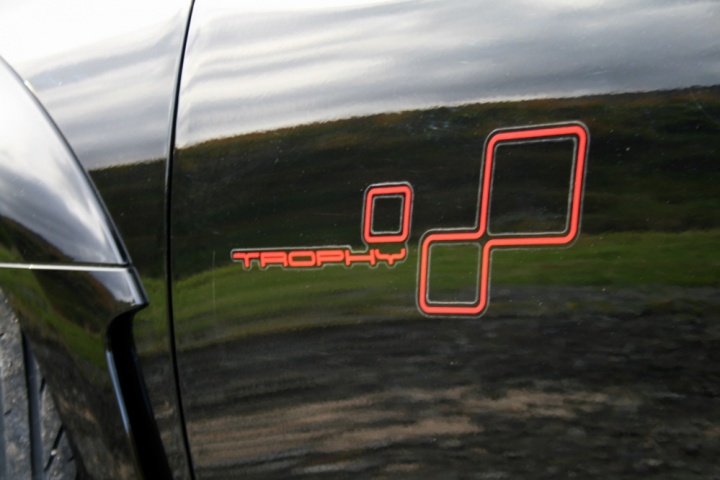 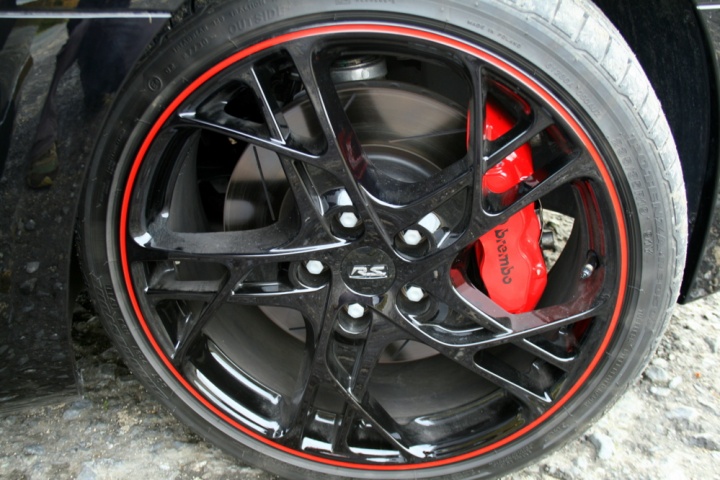 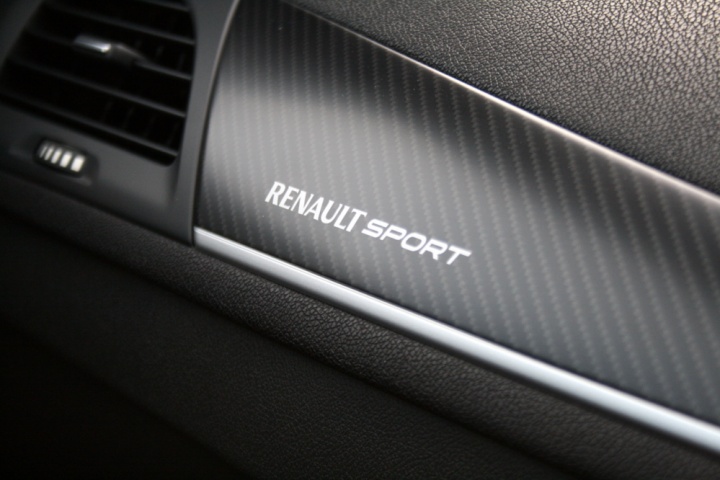 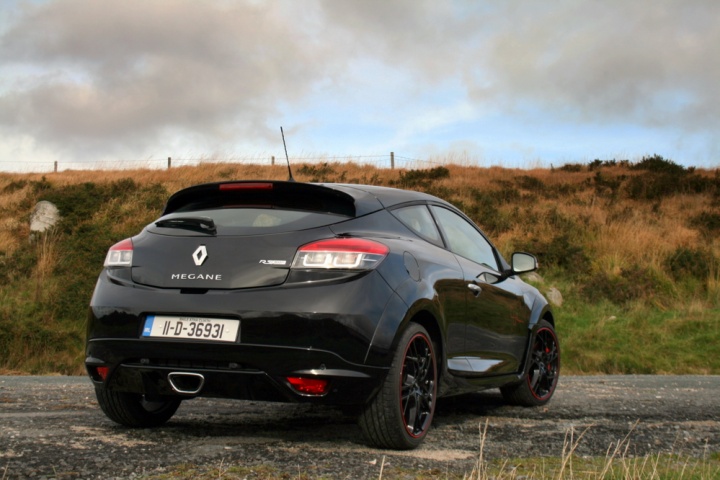 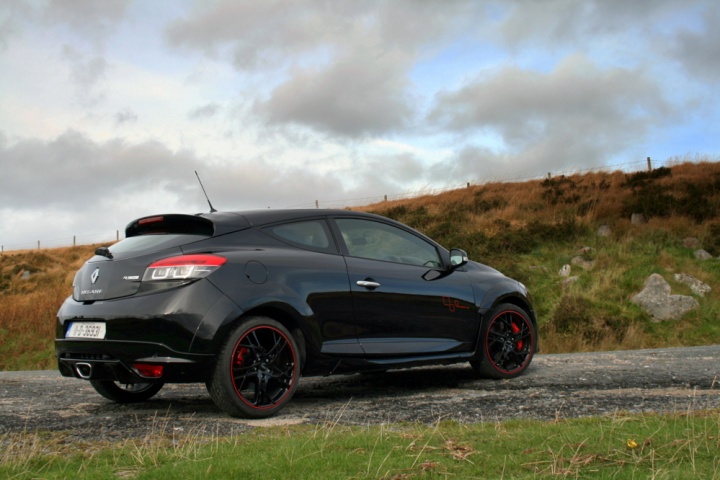 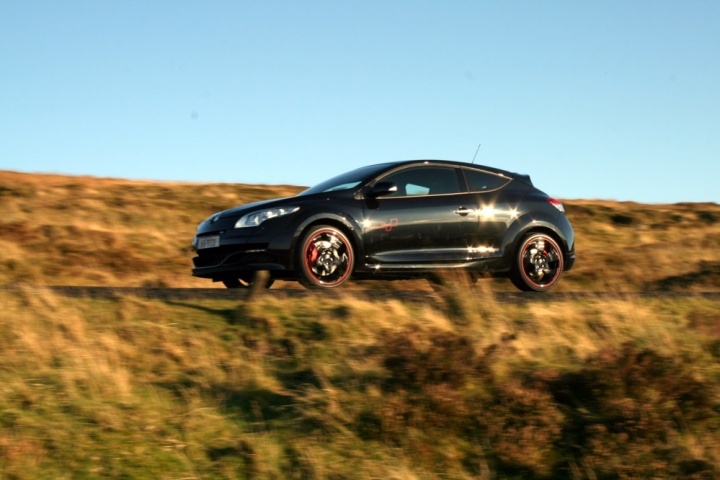 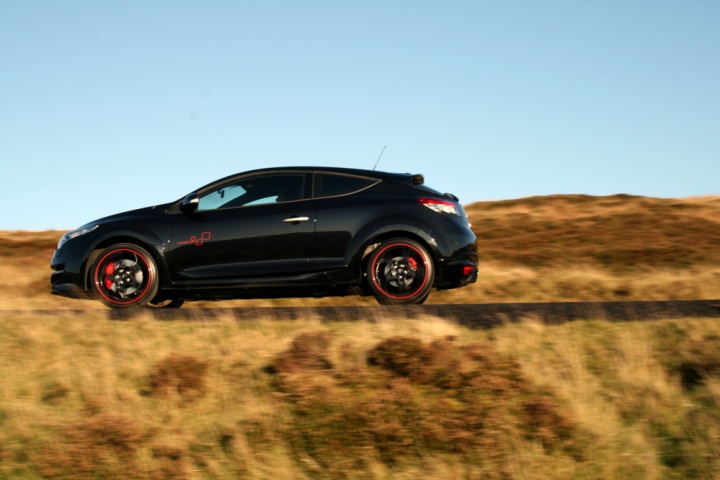 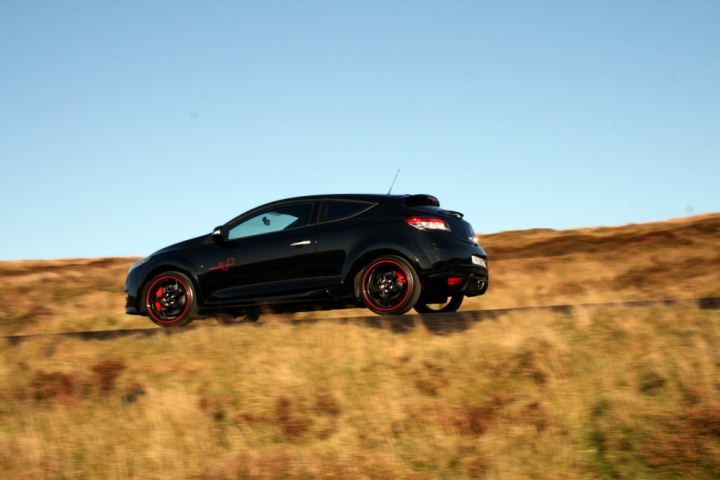 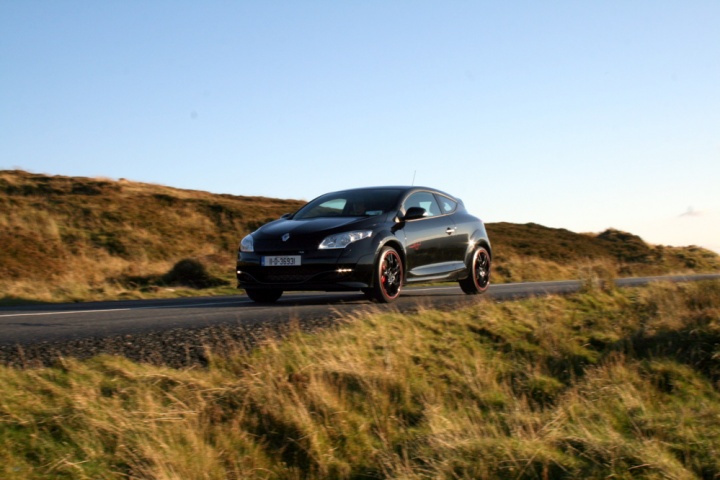 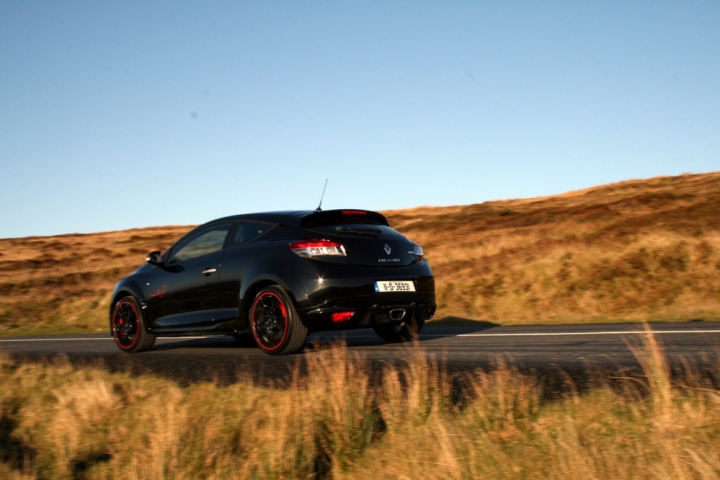 Not only is the Mégane Trophy the fastest RS model yet; it's one of the most exciting hot hatches ever.

The limited edition Mégane RS Trophy 265 is claimed to be the fastest Renaultsport model yet and it is as close as a hot hatch can get to a track day special without resorting to scaffolding instead of rear seats. Its 2.0-litre turbocharged engine may produce similar power to rivals like the Volkswagen Golf R and SEAT Leon Cupra R, but it is the chassis work conducted by Renaultsport that separates the Trophy from mere hyper-hatches.

Take away the Trophy decals and the red rims around the 19-inch alloy wheels and our test car would look remarkably restrained. Opt for the only other colour in the Trophy's palette - the model-specific 'Liquid Yellow' and it looks like a Mégane Coupe that has gone on a course of intravenous steroids. Remodelled front and rear bumpers house the intercooler and centrally mounted exhaust respectively while aerodynamic skirts dominate either side of the car.

Inside, save for Recaro bucket seats in the front (with yellow seatbelts), a leather trimmed steering wheel, aluminium pedals and a numbered plaque mounted on the centre console, the Trophy is the same as the Mégane Coupé on which it is based. That means cheaper than you would like plastics, rear visibility on a par with peering through a letterbox and a radio you need a degree in electronics to operate.

Quality of interior plastics and the infuriating radio are instantly forgotten once you prod the start button and the turbocharged 2.0-litre engine barks into life. In making the Trophy the Renaultsport engineers took a standard Mégane RS's 250hp engine and revised the intake, upped the turbo boost from 2.3- to 2.5 bar and fiddled with the engine map. The result is 265hp and 360Nm of torque, a 0-100km/h time of six seconds dead and a top speed of 254km/h.

Straight line speed is not the Trophy's forte though; its true party piece is how it handles. Point the Trophy toward your favourite twisty road and it will come alive. Featuring Renaultsport's 'Cup' chassis, a good ol' fashioned mechanical limited slip differential, an ESP system tuned to counteract understeer and a very sticky set of Bridgestone Potenza RS050A tyres the Trophy devours corners in a way that a road car should not be able to. Feedback through the steering wheel and your backside give you the confidence required to attack the next corner with more gusto, and while it can be hardcore when pushed, the Trophy will give you just enough warning before it begins to bite. That is until you cycle through the settings in the Race Monitor and uncover 'Extreme' mode - then all bets are off...

When you are done messing around the Trophy can also be remarkably restrained, as peak power and noise (oh the noise) does not come in until over 5,000rpm. Keep the needle below that point and it will happily pootle around with a boot load of shopping and three kids in the back as you come home from the school run.

Unlike its predecessor - the R26.R (a stripped out, caged, road legal track car) - the Trophy has all the accoutrements you would find in a 'normal' Mégane. In addition to the complicated radio it also comes equipped with air conditioning, cruise control, a multi-function steering wheel, Bluetooth and parking sensors. The only transmission offered is a six speed manual, colour choice is limited to yellow and black and there are no options to speak of.

Renault will only build 500 Mégane RS Trophy 265s and only 50 of those will be available in right-hand drive. Renault Ireland has not confirmed if it will officially offer the car but they will be available for as a special order with a price tag in the region of €42,000. This would make it €2,000 more expensive than the similarly powered SEAT Leon Cupra R, but crucially up to €8,000 cheaper than the four-wheel drive Volkswagen Golf R and Audi S3. While the German cars do seemingly offer added security and traction the Trophy never feels as if it is missing out on anything from being front-wheel drive.