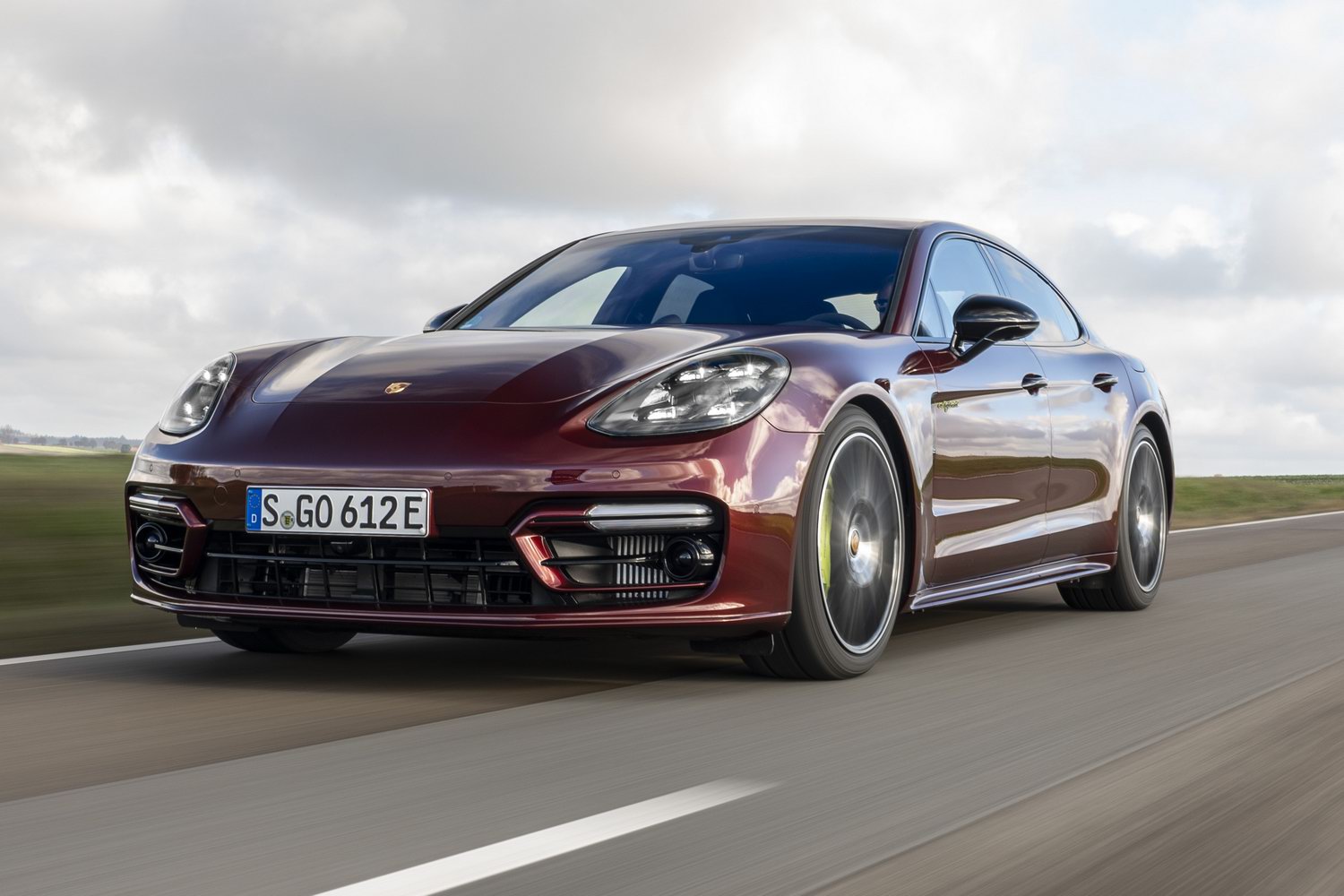 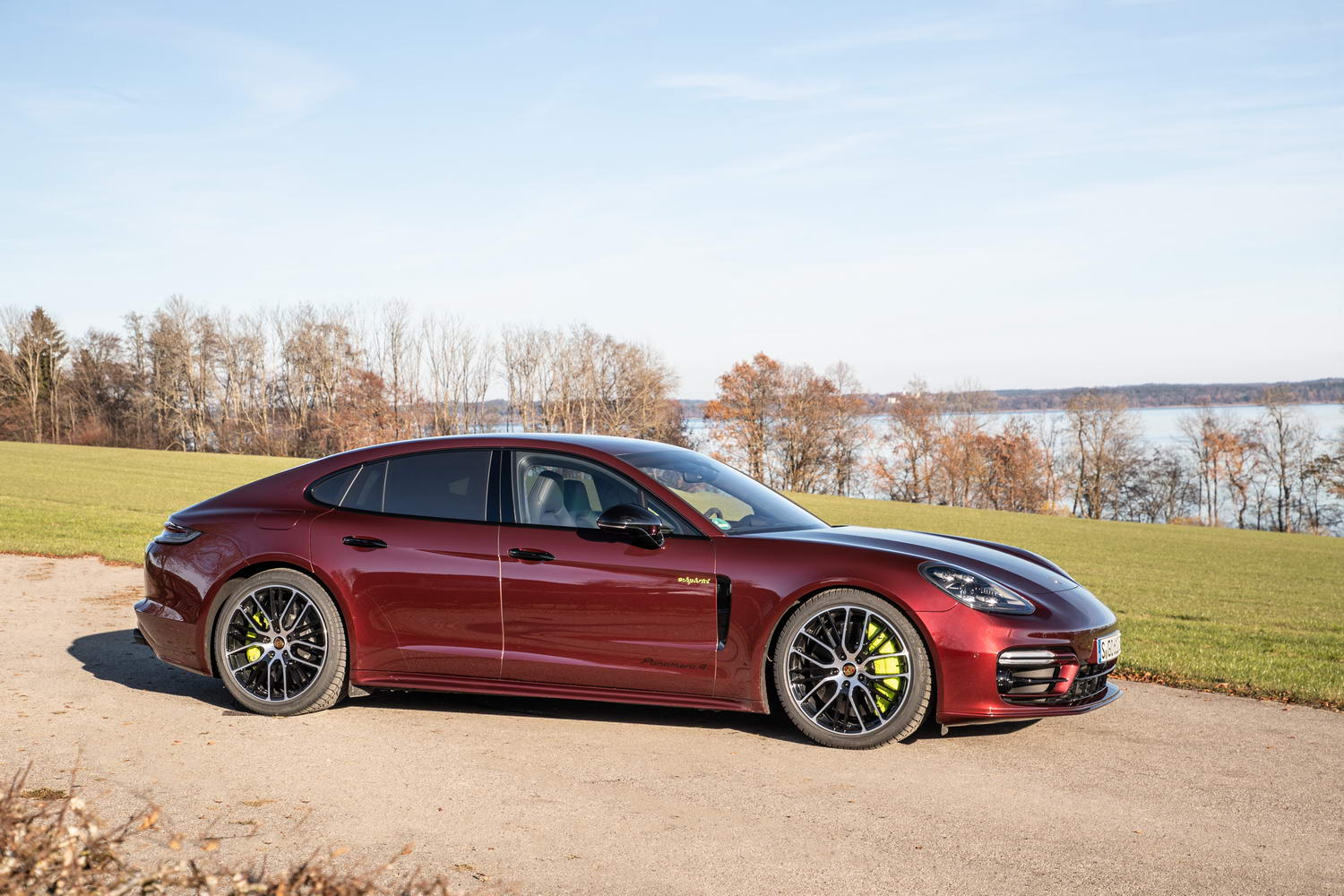 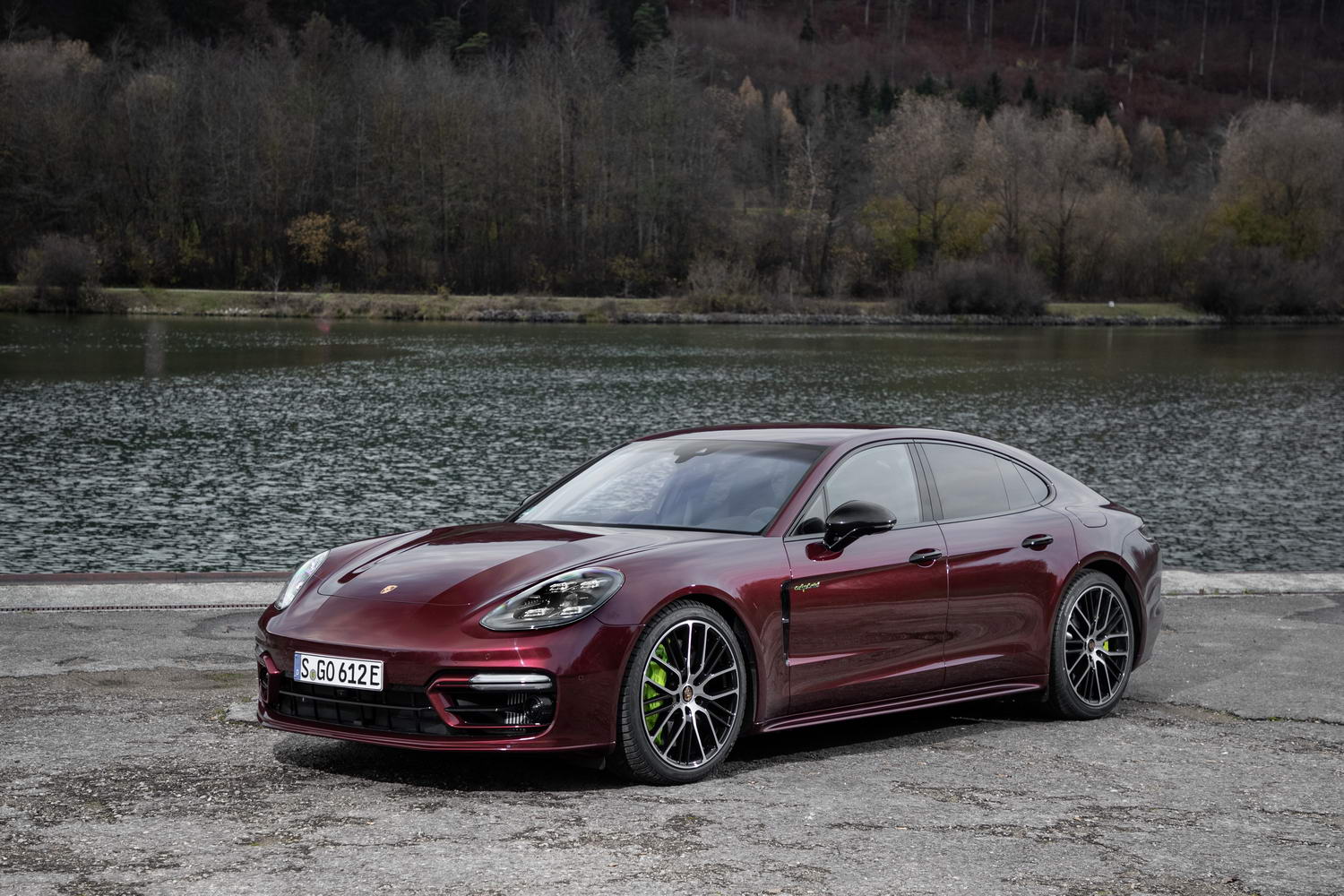 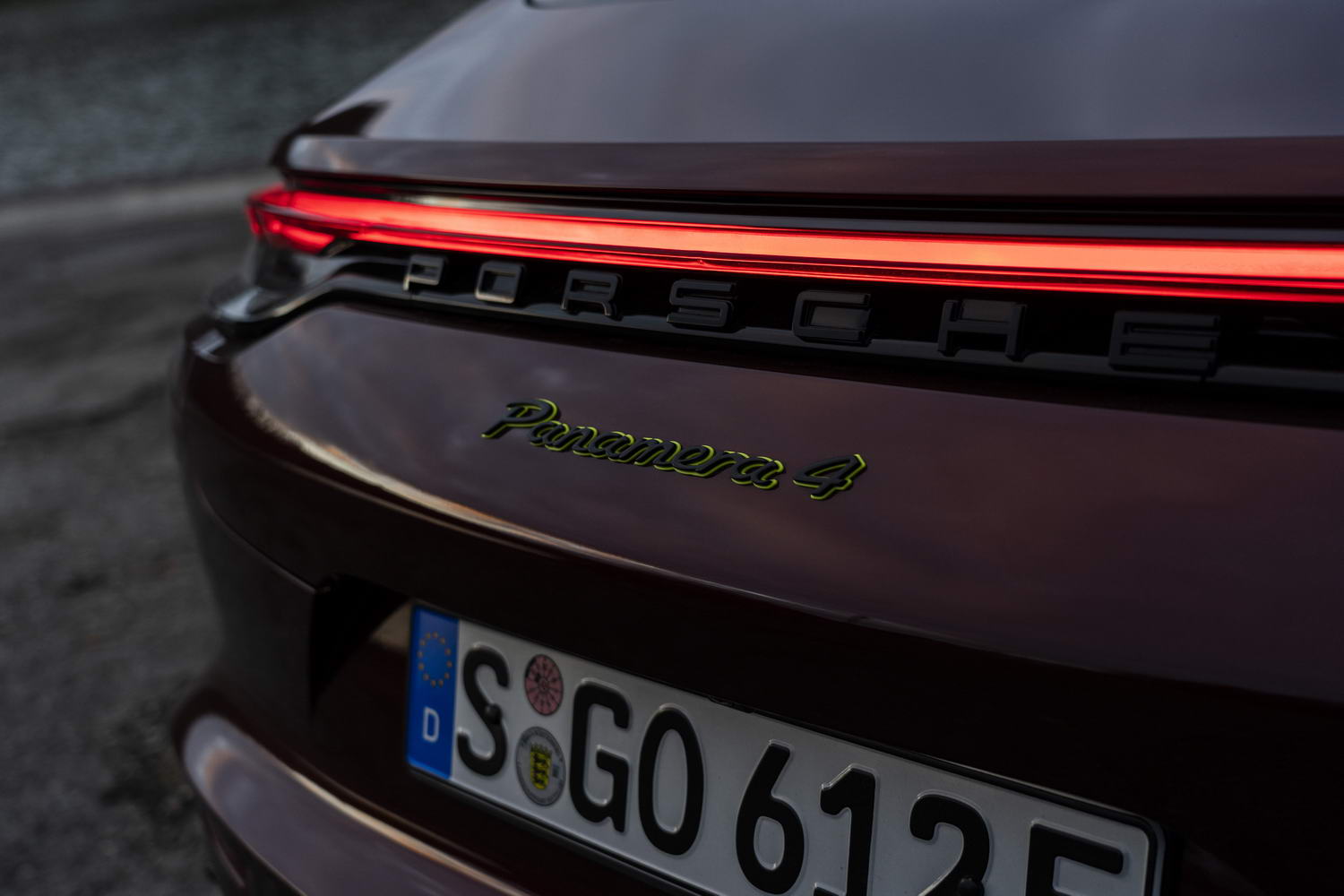 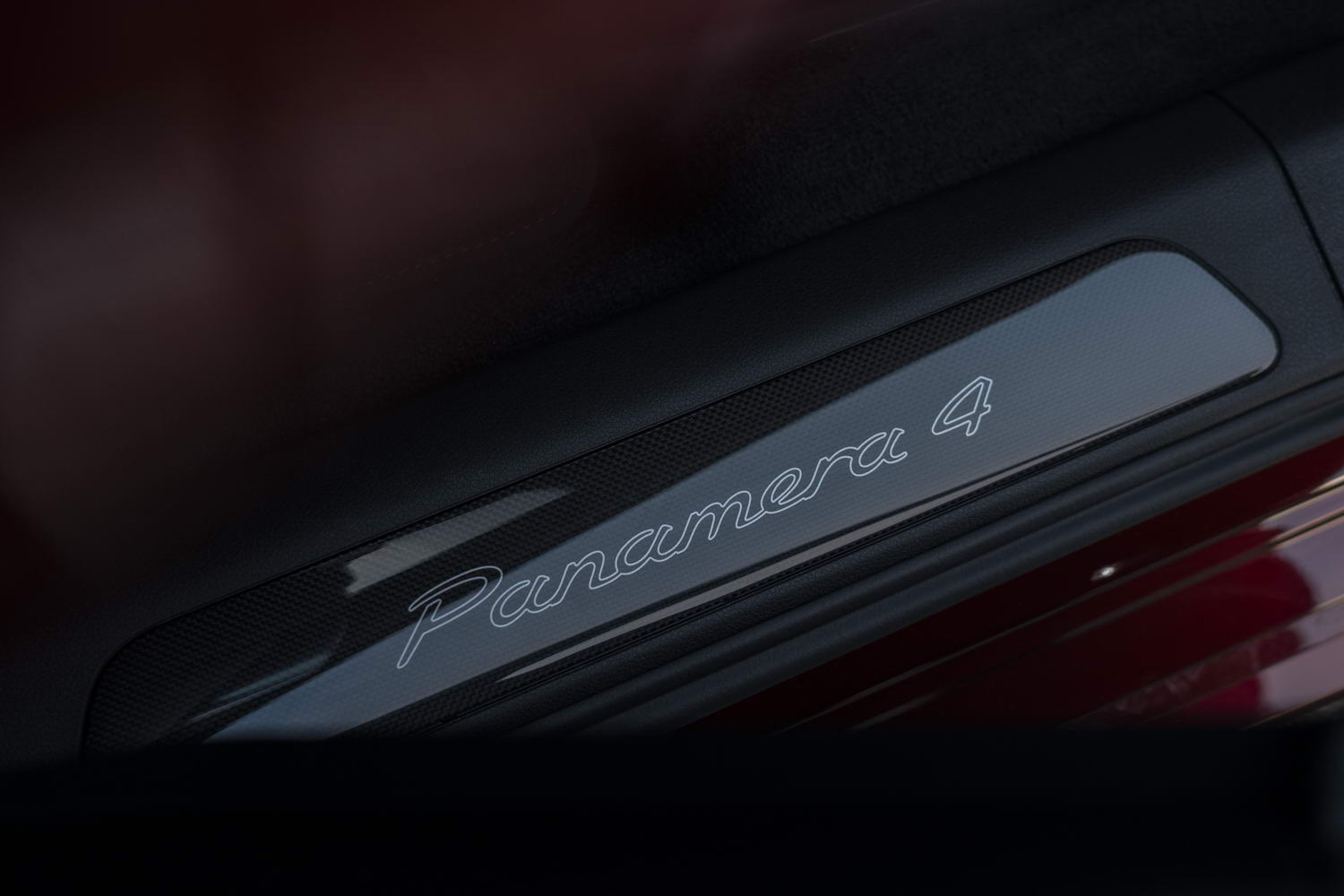 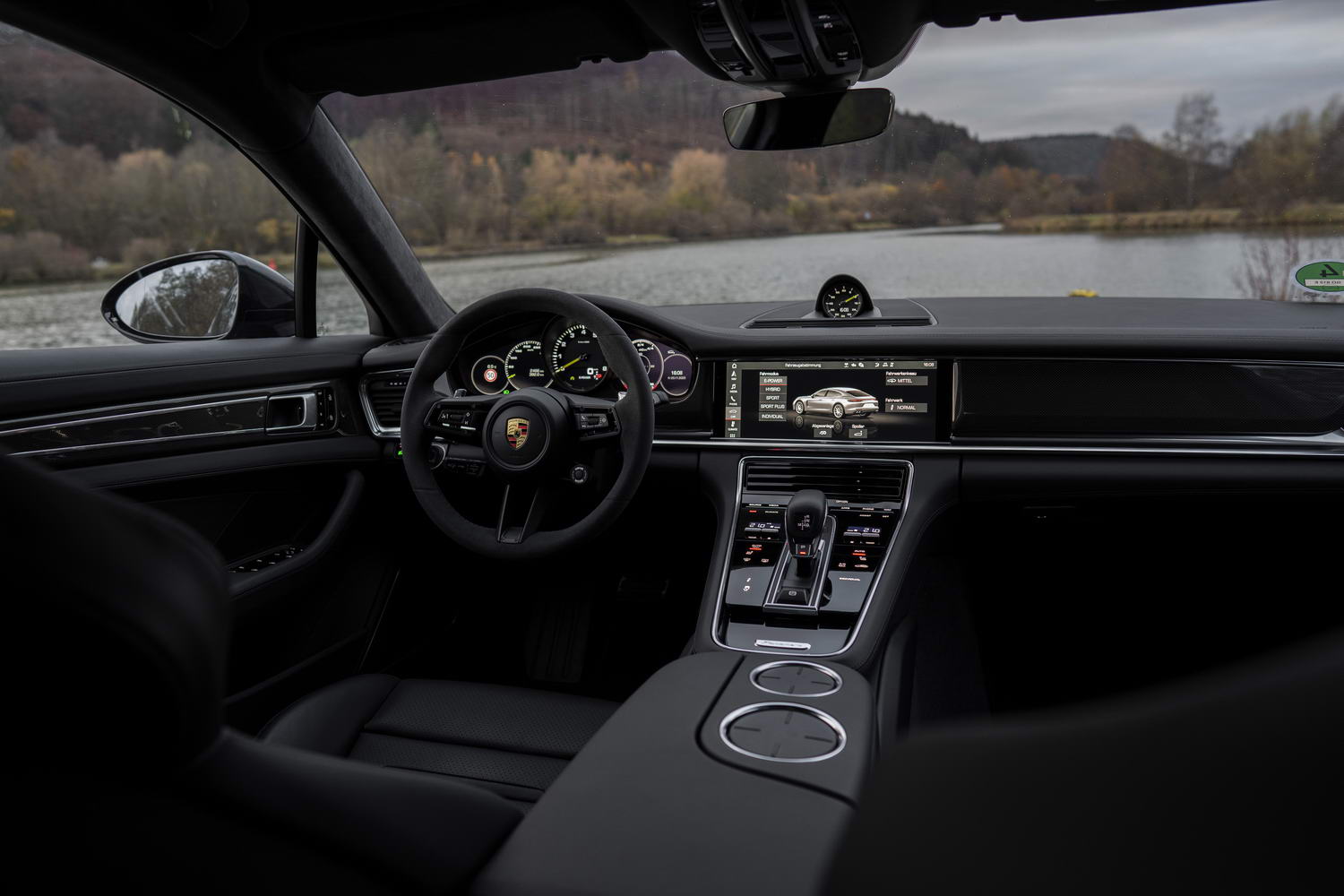 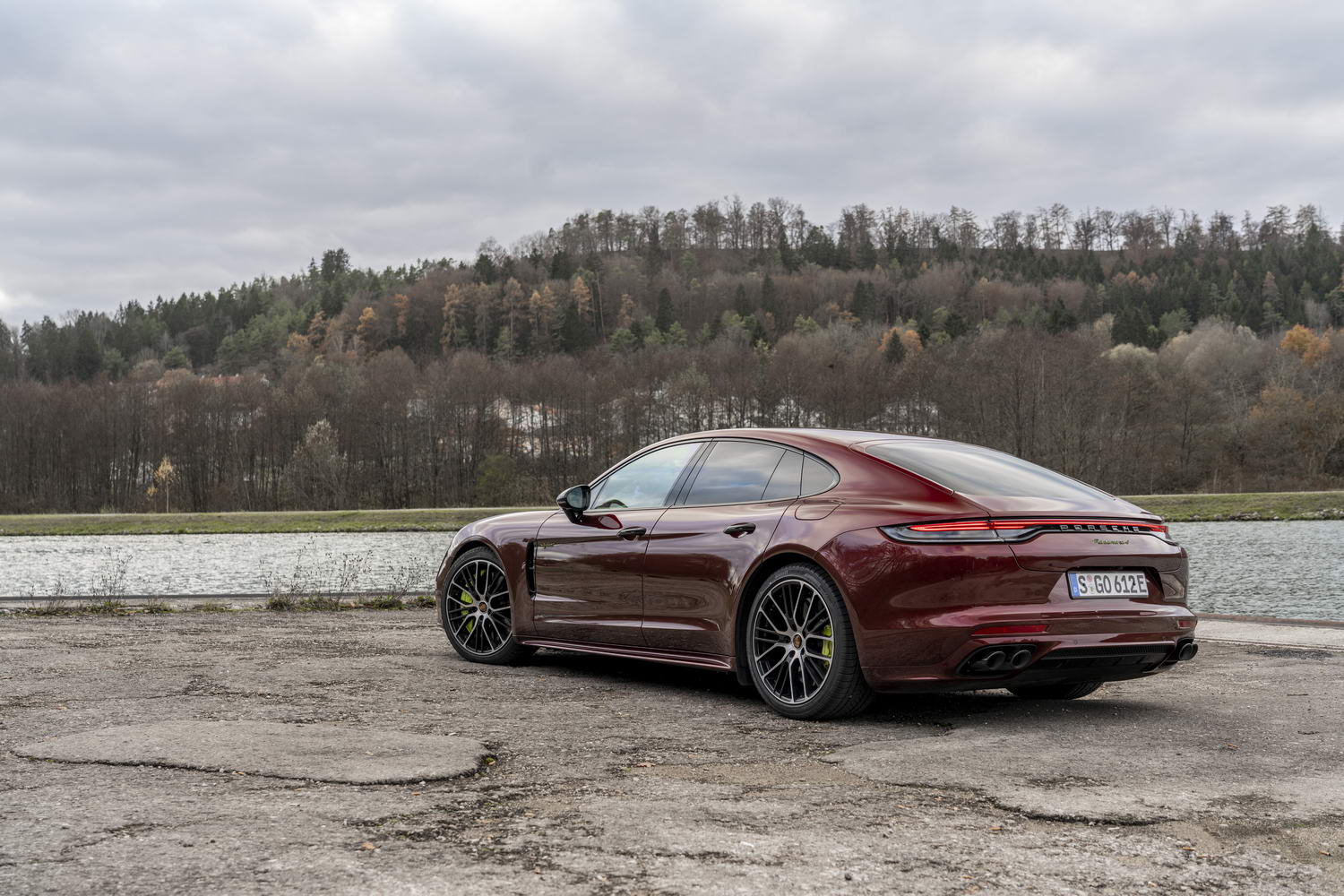 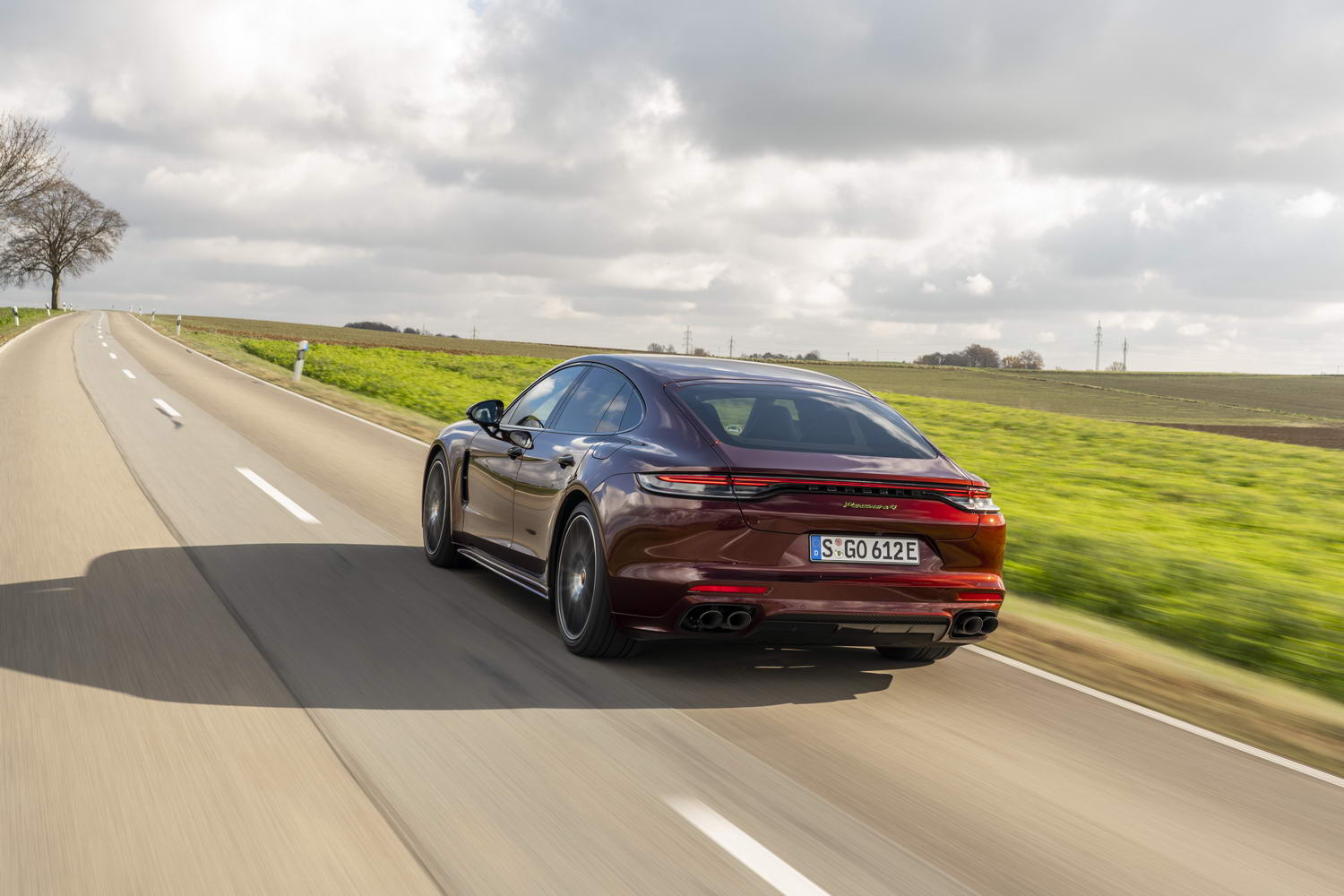 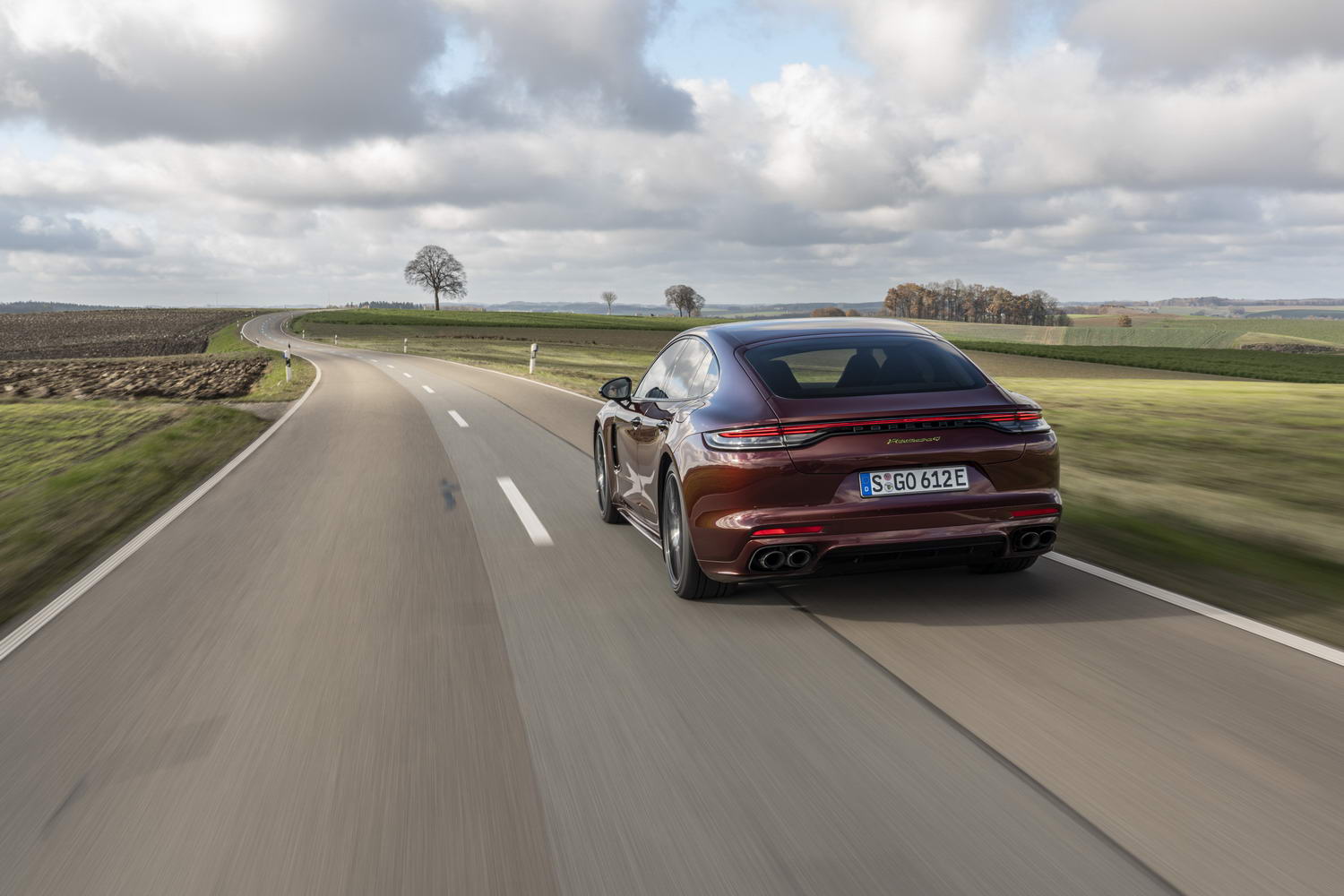 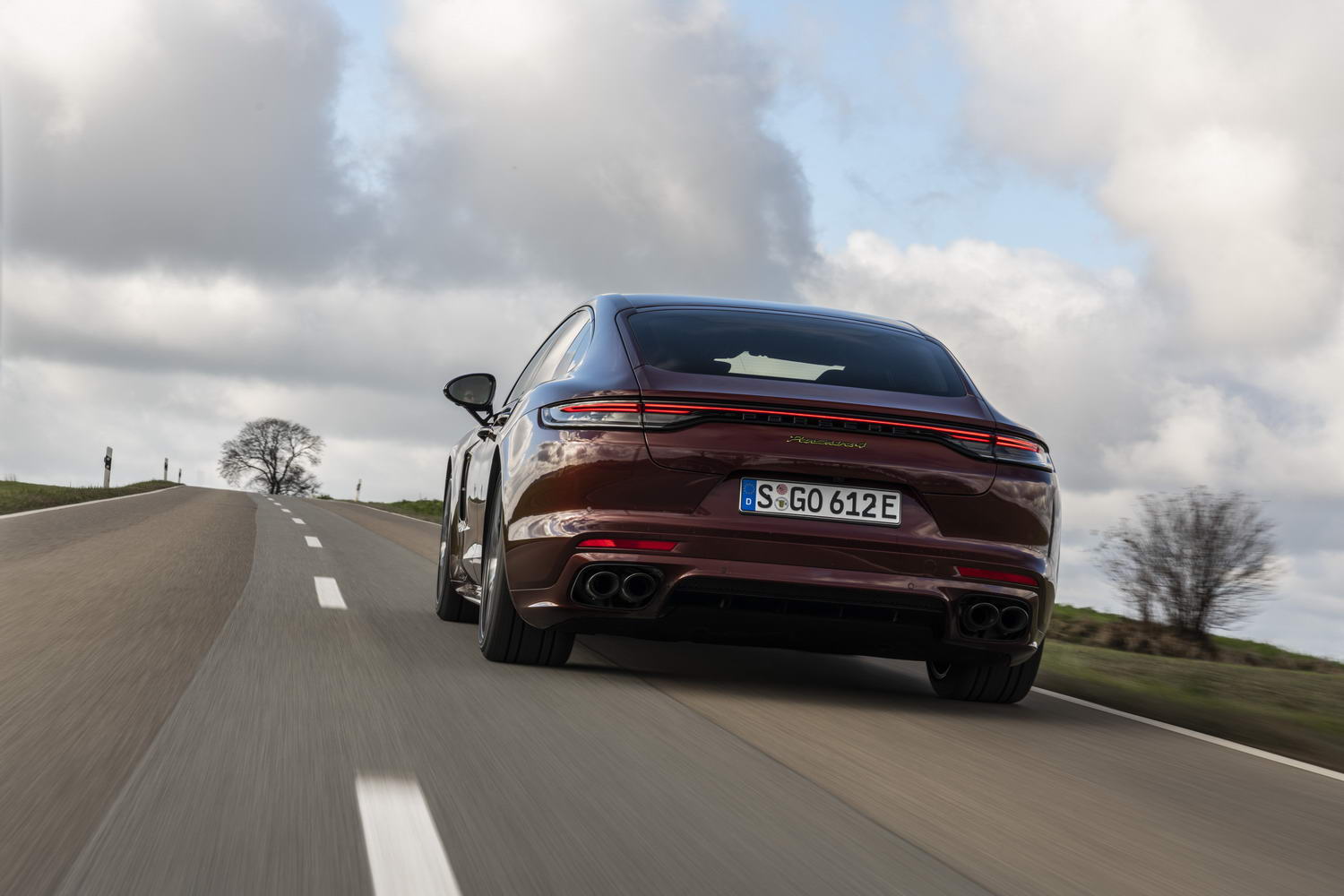 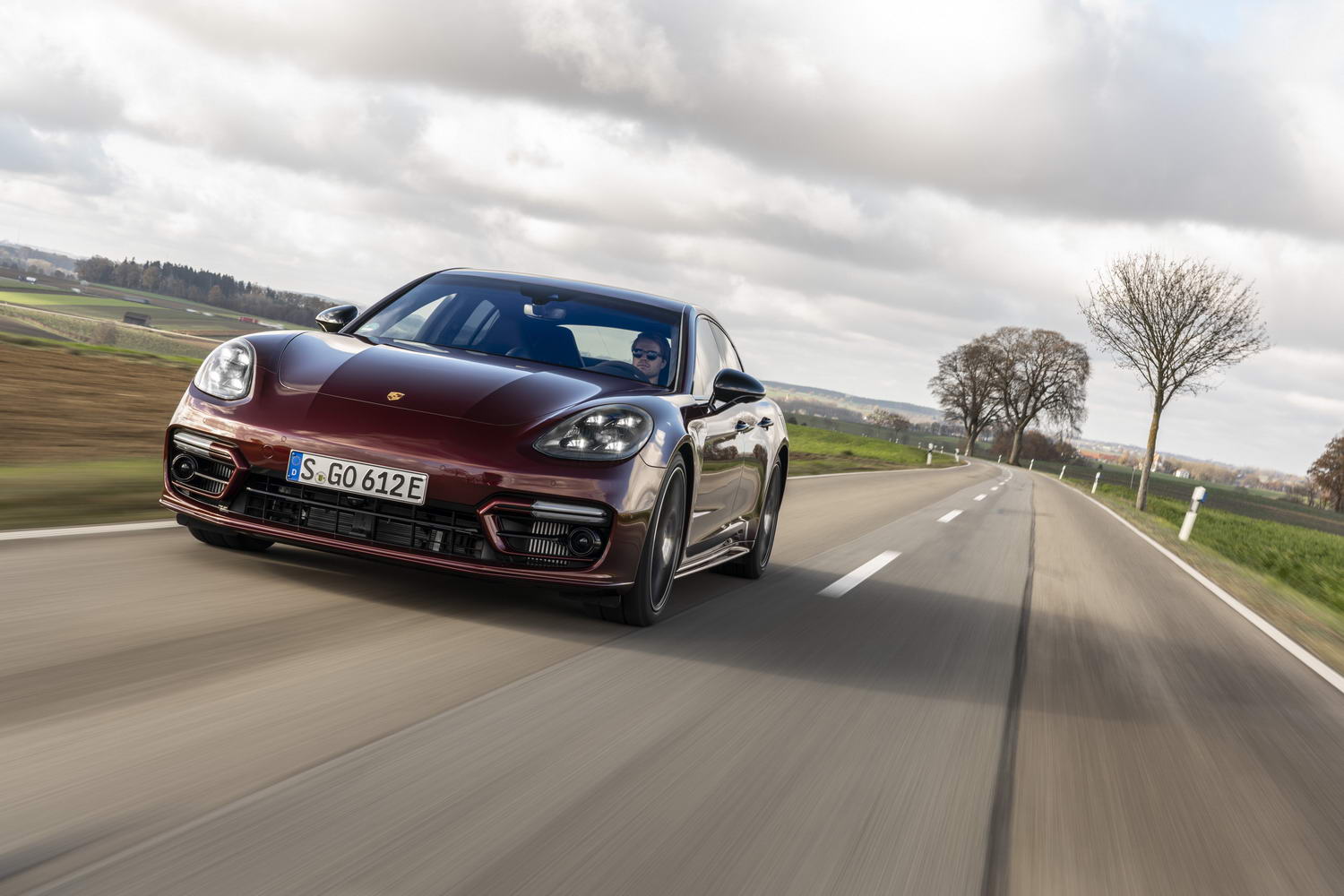 Here's the entry-level hybrid of the revised Porsche Panamera line-up is tested. Any good?

Part of a 'second wave' of revised Porsche Panamera models, the 4 E-Hybrid makes a return with the same petrol-electric drivetrain as before, only now it has a larger battery pack to power its electric motor. It makes a lot of sense in Ireland, where it's the cheapest model to buy (thanks to its super-low emissions), but its kerb weight means it doesn't offer the sharpest drive in the Panamera line-up.

There's no doubting that Porsche seems to have form in delivering an all-new model, which might look a little, um... challenging at first, and then slowly improving it over the course of midlife facelifts and subsequent generations into something much more appealing. Witness the Cayenne, which is genuinely handsome in its Mk3 current format (which is truly astonishing, considering what an automotive gargoyle it started off as back in 2002), and also the Panamera. The Mk1 was an unfortunate-looking contrivance but this 'G2' second-generation is a far more palatable affair. It looks superb outside and in - particularly 'in', because the Panamera's cabin is exceptional. Nevertheless, smooth exterior lines and that magnificent interior are the Panamera's real strengths, and the only way we think it could be improved is to specify the even-more-attractive Sport Turismo estate instead. Visually, the 4 E-Hybrid wears the same incredibly subtle changes as all the facelifted Panameras, namely a revised front bumper and air intakes, and a full-width rear light strip with different contours - and it also continues to sport the acid-green external and internal details that are Porsche's hallmark for its plug-in hybrids.

Apart from the lithium-ion battery pack, the Panamera 4 E-Hybrid's running gear is exactly the same as it was before the midlife facelift. Up front there's a 330hp V6 biturbo 2.9-litre petrol engine, augmented by a 100kW (136hp) electric motor, all driving through an eight-speed PDK dual-clutch gearbox to the four wheels via Porsche Traction Management (PTM). Peak outputs of this system remain 462hp and 700Nm, so performance is broadly the same as before, although Porsche does claim a marginally quicker 0-100km/h time of 4.4 seconds (previously 4.6 seconds) and a top speed increased by 2km/h to 280km/h all-in. The electric-only maximum remains pegged at 140km/h.

What has changed, therefore, is how far you can go on that electric power alone. Battery capacity is up from 14.1- to 17.9kWh, allowing Porsche to claim a zero-emissions driving range of 49-56km. Now that might not look like much of an increase, given that the German company originally said the 4 E-Hybrid could go 50km as an 'EV' when it launched back in 2017, but that was a number published under the now-discredited NEDC ratings. The current (if you'll forgive the pun) EV range of up to 56km has been ratified under stricter WLTP regulations and so it's much more credible that you might actually get such distance out of the Panamera's electrical bits in real-world driving.

This is all very noble, and it helps the Porsche to feel supremely refined at town speeds, when it has a full battery charge, because the excellent damping, top-notch sound suppression in the passenger compartment and lack of any noise or vibration from the dormant V6 all combine to make the Panamera an utter delight to travel in. It can also whoosh silently up to motorway speeds if you're delicate on the throttle, so as to avoid the petrol engine kicking in, and it got a good 20km along a motorway using only about a third of its battery's resources before we switched it into hybrid mode to preserve some charge for later on in the test drive.

The thing is, the 4 E-Hybrid was always quite a heavy, leaden-feeling steer compared to its petrol-only siblings and that hasn't really changed with the updates; if anything, there's more weight being carted about here, courtesy of that USP - the larger battery pack - so the Panamera 4 E-Hybrid remains a competent but curiously uninvolving machine to drive. Oh, there's no faulting the integration of its drivetrain, as it switches effortlessly between petrol, electric and hybrid power as needed, the eight-speed gearbox is a gem and there's a load of traction from the PTM, as well as masses of mechanical grip from the large, optional 20-inch wheels and tyres (19s are standard-fit). Nothing Porsche's engineers put out for public consumption is ever what you'd call substandard, and the 4 E-Hybrid is no exception to this rule - particularly, its steering and damping are largely excellent.

However, by the German firm's own stratospherically high standards it's not quite operating at the same level as some of the its products and, if you get the chance to try any other Panamera, then you'll feel a slight dullness about everything the 4 E-Hybrid does. It doesn't want to get turned in quite as keenly as other models in its range, it isn't as comfortable through high-speed direction changes and it really feels its significant mass on the brakes.

Of course, if you never plan on driving your executive saloon like it's a long-wheelbase 718 Cayman with a couple of extra doors then you should get on just fine with the refined and discreet 4 E-Hybrid. But if you buy a Porsche because it's a Porsche, and you're therefore expecting a little more dynamic pizzazz from it as a result, then there are better models in the line-up than this one. Presumably why the marque offers not one but two more plug-in hybrids further up the tree, in the forms of the new 4S E-Hybrid with 560hp/750Nm, and the absolutely bonkers Turbo S E-Hybrid - now with a goliath 700 system horsepower at your disposal. That'll overcome the petrol-electric weight issue, no doubt.

This is where the 4 E-Hybrid fights back and earns itself a higher overall mark in the review. Grousing about its dynamics aside, we can't argue with the fact that this is the cheapest Panamera to buy in Ireland. It certainly doesn't work out this way in other countries, where the hybrid's mechanical complexity places it higher on the price list than models like the Panamera 4S, but our VRT system makes this the least expensive new Panamera of the lot.

Also, gone are the days where entry-level Porsches came with absolutely nothing fitted as standard, because the 4 E-Hybrid has a generous kit list that includes (but is in no way limited to) luxury items such as the Sport Chrono Package, adaptive air suspension with Porsche Active Suspension Management (PASM), integrated Porsche 4D Chassis Control, LED lights all round on the outside, heated front seats, front and rear ParkAssist, cruise control, keyless entry and go, Porsche Communication Management (PCM) with online navigation, DAB and an automatic tailgate.

The Porsche Panamera 4 E-Hybrid is a perfectly fine thing to drive, if you keep it a touch within itself, but if you start pushing its chassis harder then it begins to lose some of Porsche's trademark composure and excellence. Nonetheless, as the execution of plug-in hybrid performance executive cars go, the revised car makes a lot of sense - especially here, where it represents the most affordable route into new Panamera ownership. 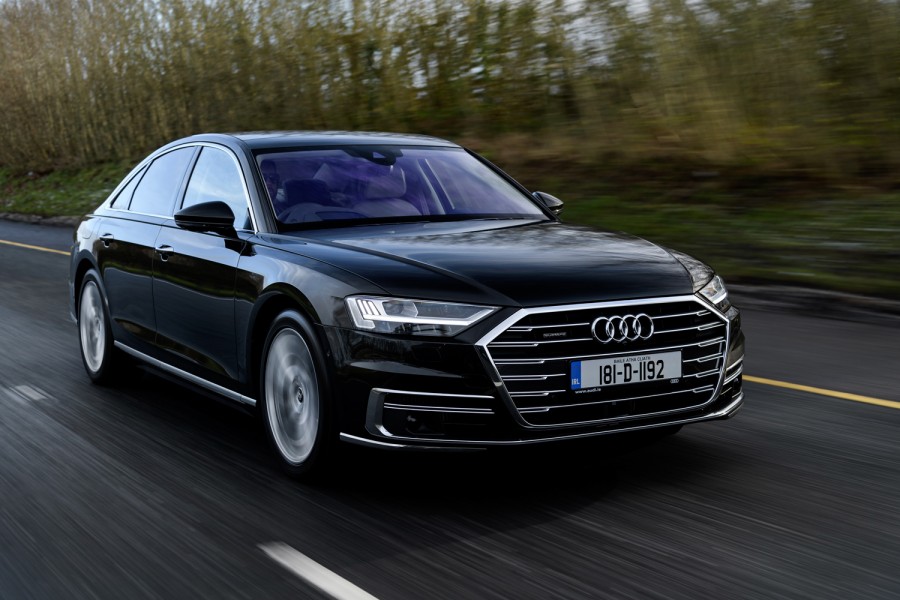 Audi A8 50 TDI review
Audi A8 60 TFSI e vs. Porsche Panamera 4 E-Hybrid (2021): the A8 is a sharp-looking machine and has a quality cabin, but its drivetrain isn't quite as impressive as the Porsche's and its chassis/ride quality aren't, either. 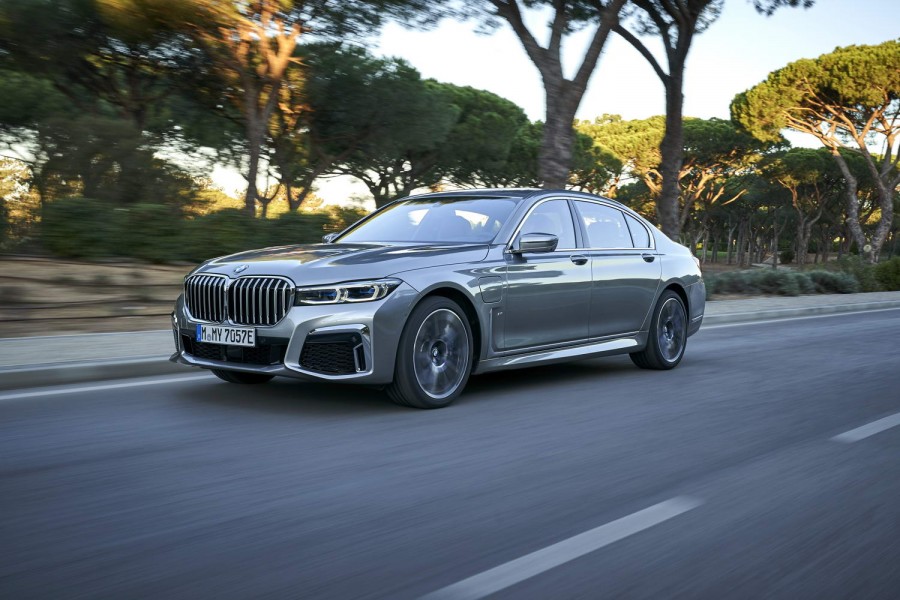 BMW 745Le xDrive hybrid (2019) review
BMW 745Le vs. Porsche Panamera 4 E-Hybrid (2021): six-cylinder power for the revised BMW 7 Series hybrid most definitely improved the package from the older 740Le, but the massive kidney grilles didn't do the same for the facelift's styling. 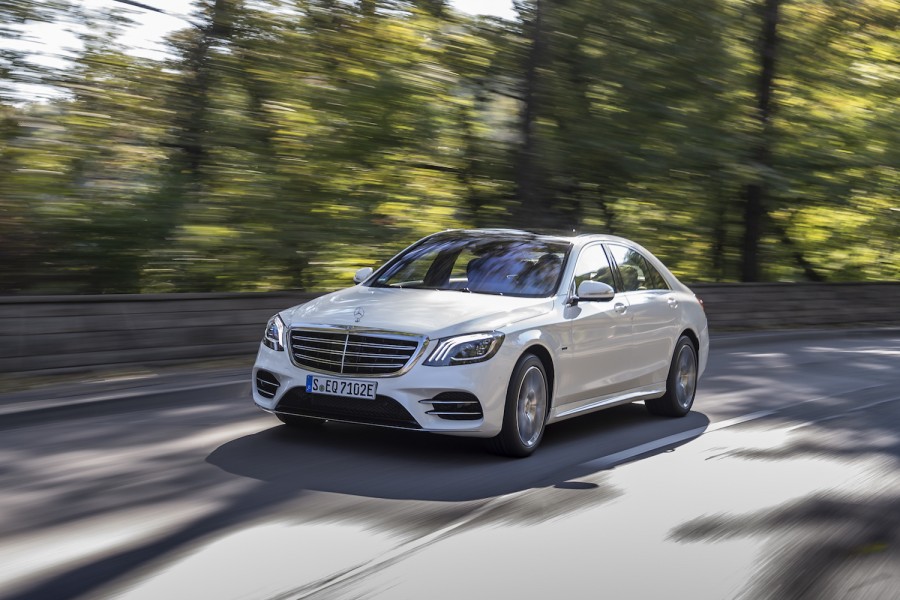 Mercedes-Benz S 560 e hybrid (2019) review
Mercedes-Benz S 560 e vs. Porsche Panamera 4 E-Hybrid (2021): there's a new S-Class, complete with a fresh hybrid model, on the way but the outgoing S 560 e remains a peach, with a powerful drivetrain and impeccable refinement.