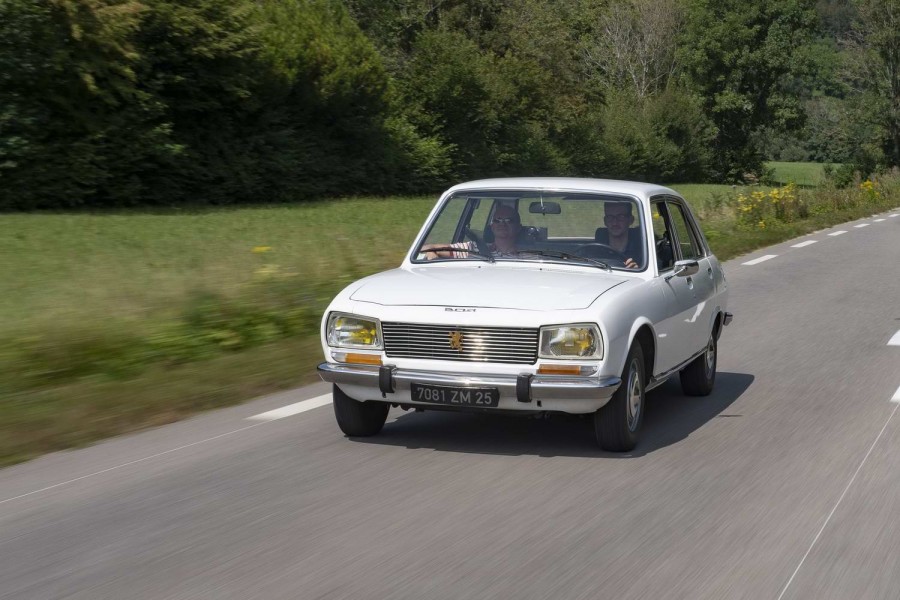 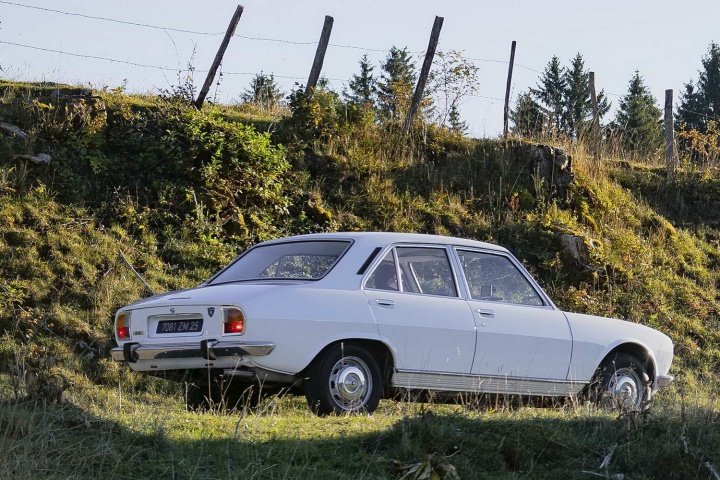 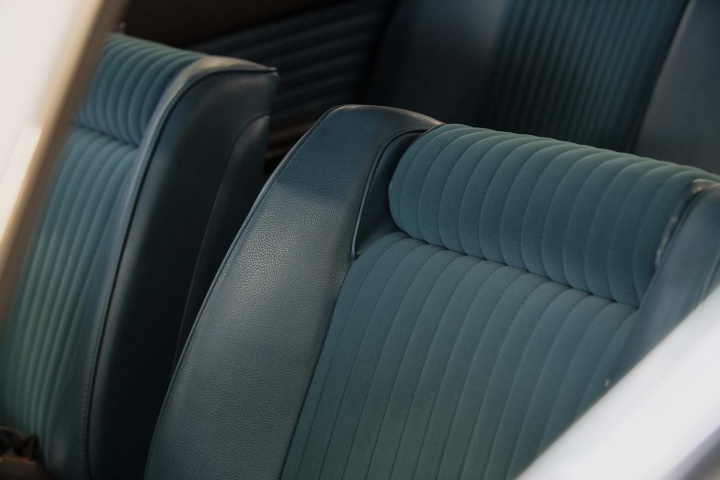 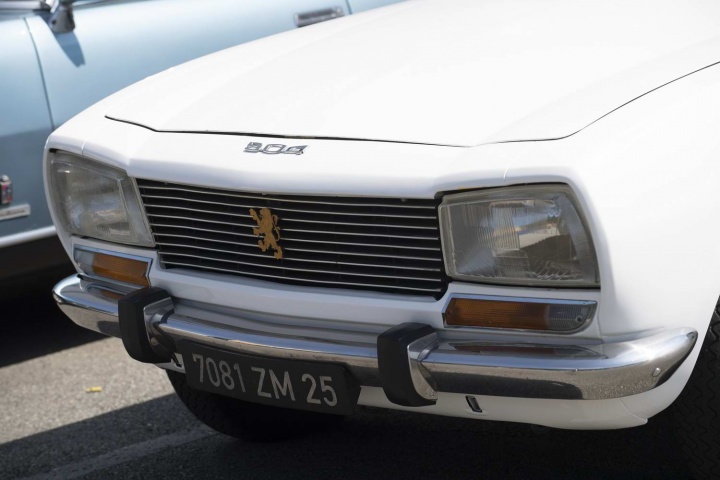 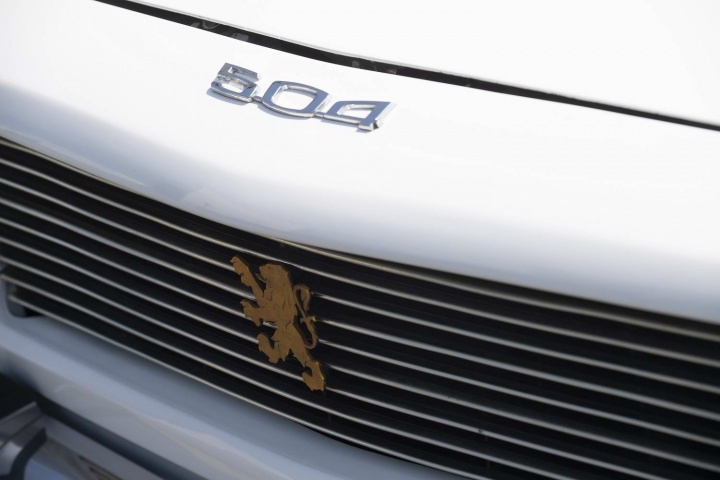 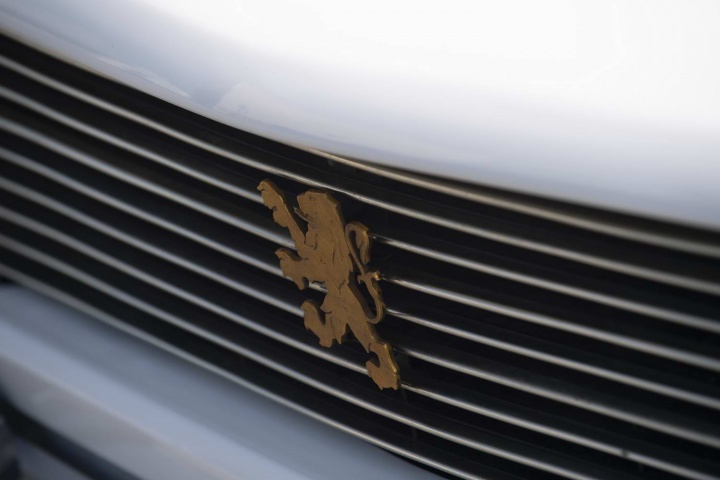 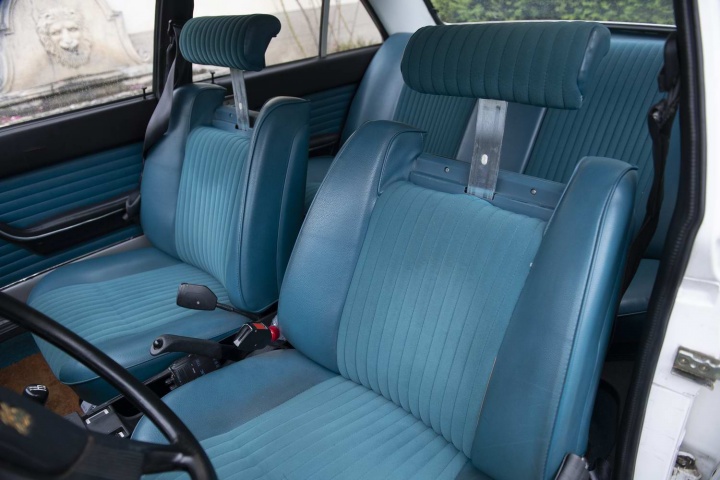 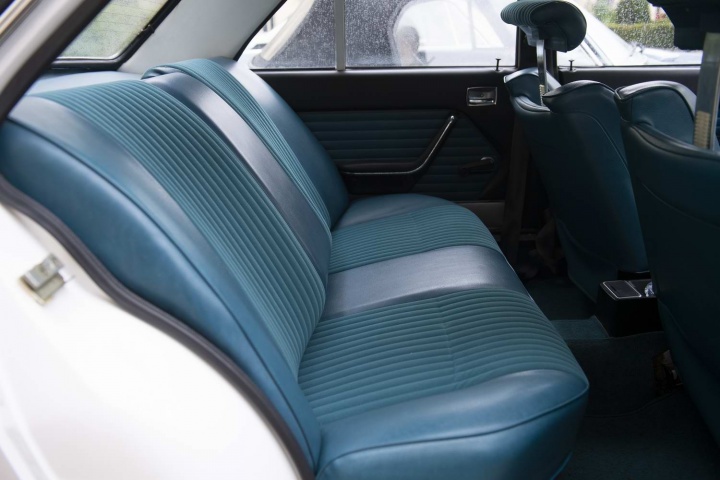 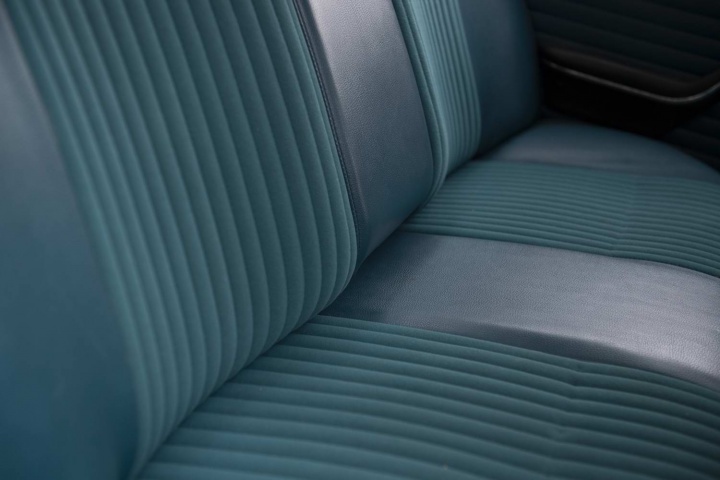 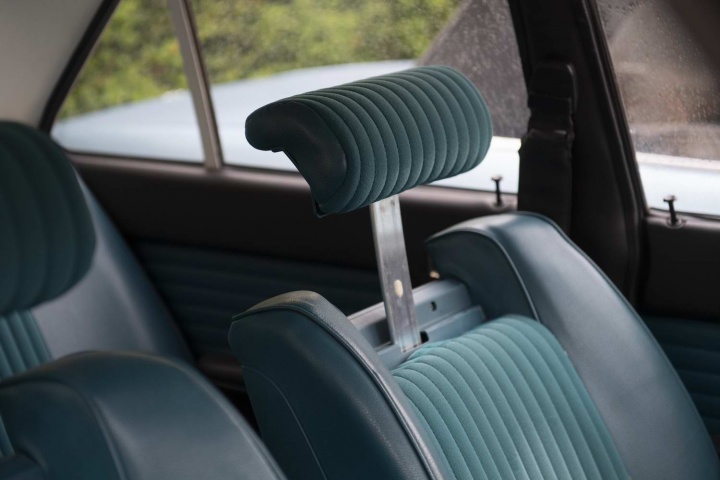 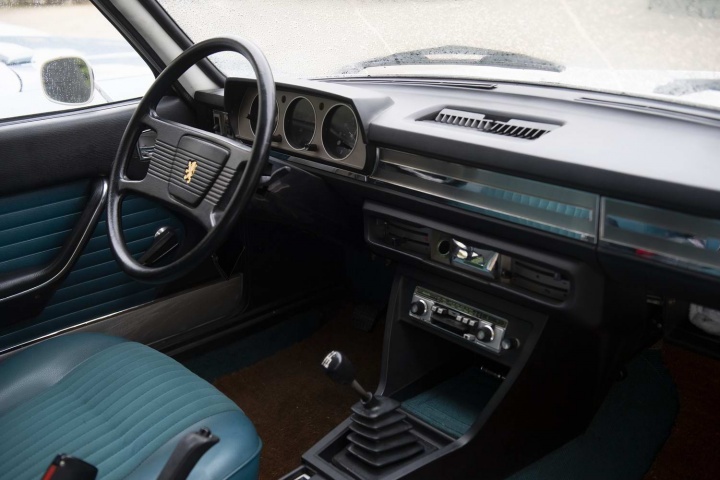 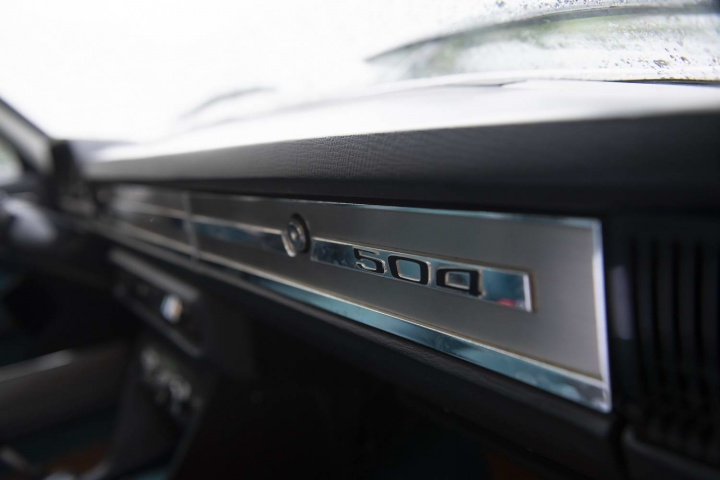 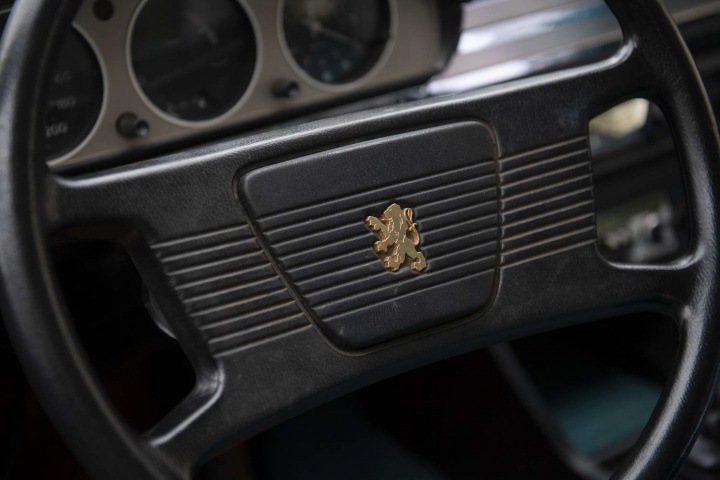 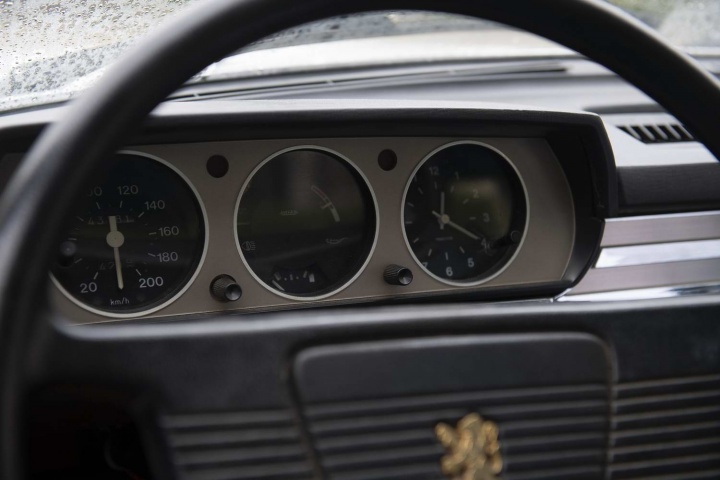 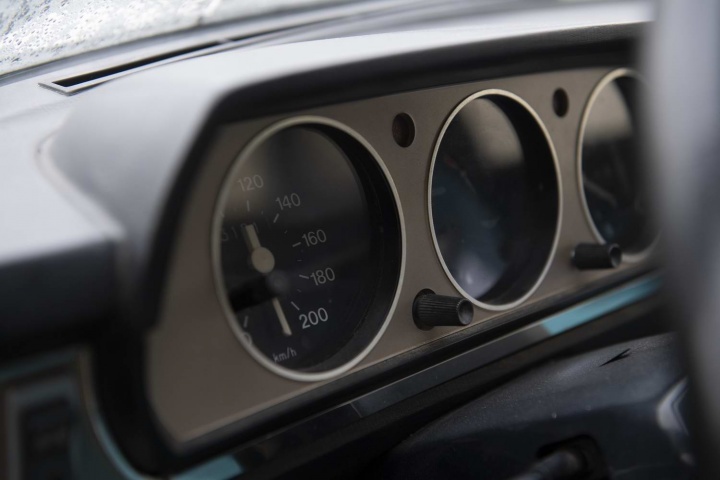 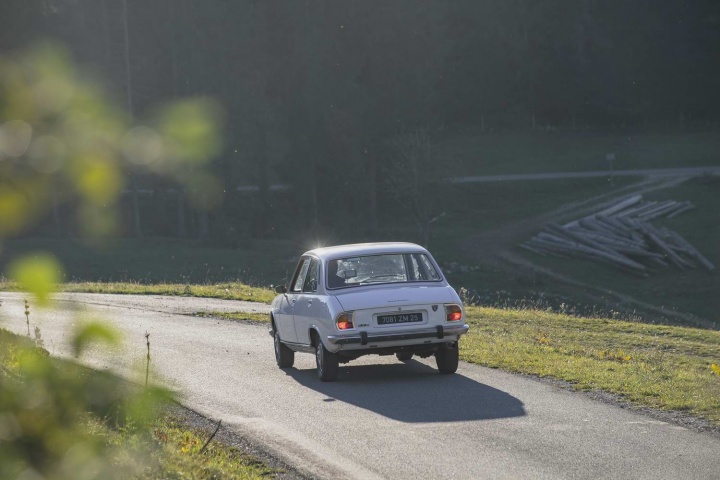 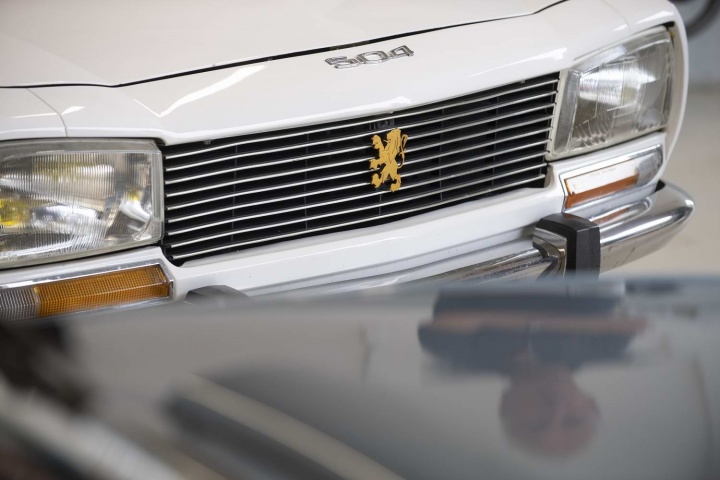 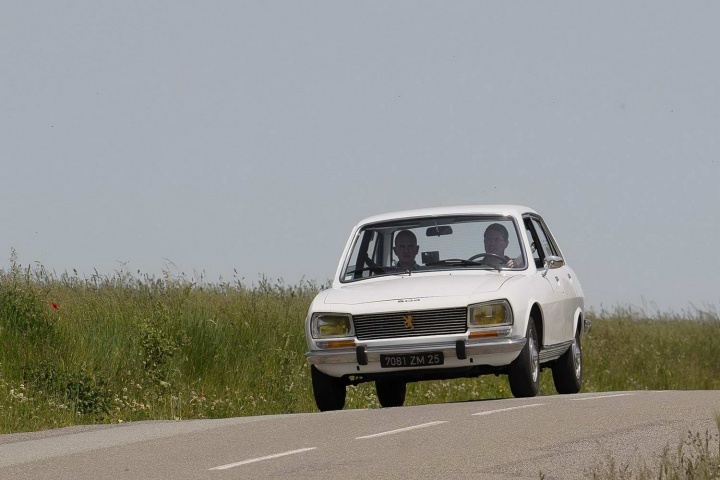 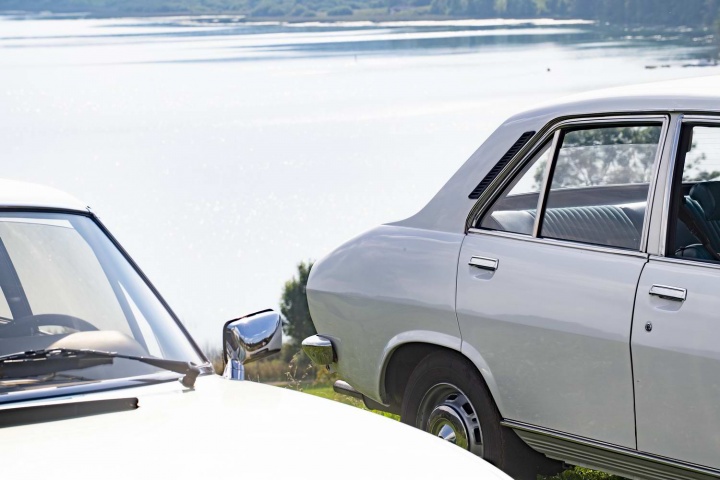 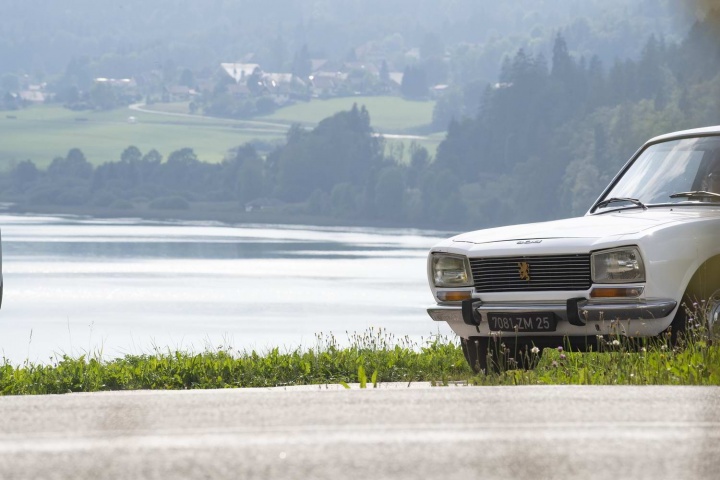 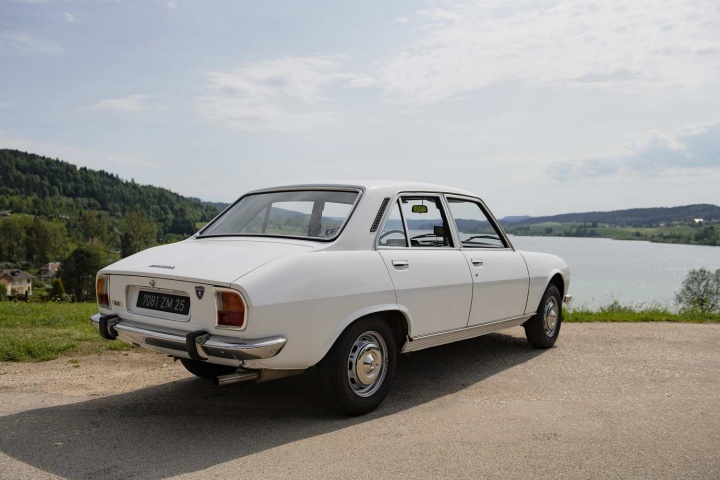 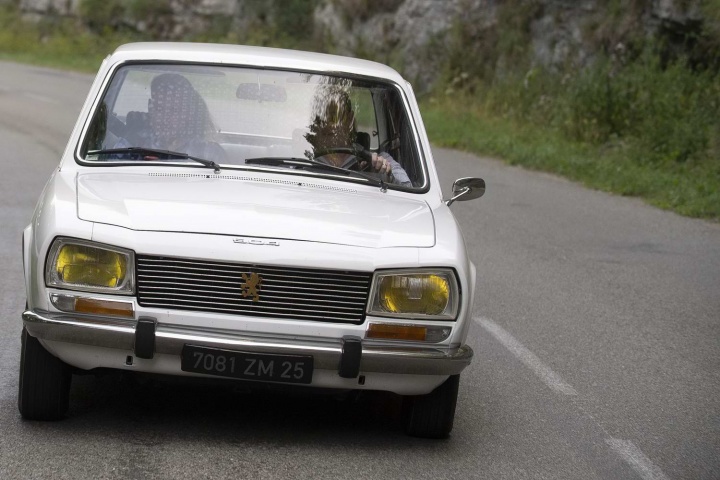 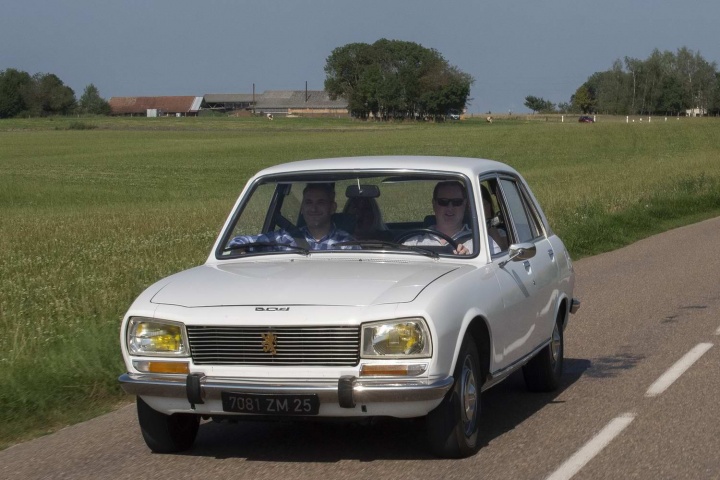 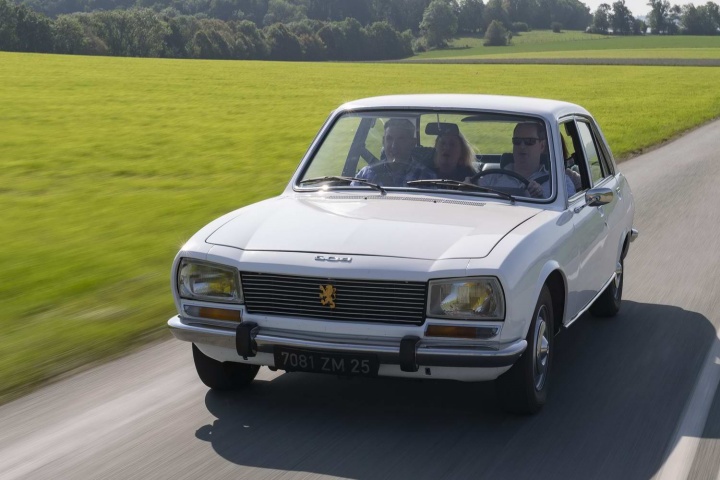 We’ve revisited the oh-so-French Peugeot 504 saloon - in a rather unique way...

A new motor car as significant as this Peugeot 504 four-door saloon requires that we have a review from the perspective of a local expert. So, for this wire-submitted article, we turn you over to our French correspondent, M. Hervé Gitanes...

The new Peugeot 504 sedan crushes all before it like the mighty Napoleon Bonaparte, yet does so with the alluring beauty of Catherine Deneuve. What do you mean I am biased? Pffft, why don't you go back to Skegness, you silly little Rossbif.

Ah, you see the grandness of French égalité, non? Here you have a car designed for families, but its styling has been created by those who normally design the most expensive of sports cars. I speak of course of Pininfarina, who yes, are Italians, but we won't hold that against them and anyway they were being paid in Francs, so it's OK. Pininfarina anyway only designed the back end of the car, with that gorgeous drooping-down rear fender. The front end of the car is French, I tell you, styled by the geniuses at Peugeot Design. The Italians tried to say that it has the eyes of Sophia Loren, but we all know they really meant Brigitte Bardot, don't we?

Inside, you see the true meanings of liberté, égalité, and fraternité - there is space for everyone, so all have the liberty of movement. There is equality, because here is a car that has the comfort of a Mercedes, but which can be afforded by a sausage maker of Lyon or a sociologist of the Sorbonne. Those huge seats, wrapped in a blue velour that puts into your mind a memory of one third of the great flag of La Republique, which hug your buttocks with the lightest of fraternal embraces. Magnifique. This one has seatbelts in the front, but there are none in the back, which allows those in the front to forget to wear them, thereby showing solidarity with their fellow passengers. What do you mean that's not a valid excuse, Monsieur Le Traffique Cop?

This one is finished in white, which again is a memory of another third of the French flag, but I guess you could have it in black and play around at being a detective of the Sureté. It's up to you, I don't care, really. *Shrugs*

Under that delicately angled bonnet, there is a representative of true French power. Just like the Mirage fighter jet, this 1.8-litre petrol engine has more thrust than you could possibly need. A whole 93hp. Hah! Stick that in your German pipe and smoke it, Herr Mercedes! Your puny German car is not fit to wipe the food trough of the mighty 504!

There is no power steering, because French people are strong and capable, because we eat such great food, and have the best lifestyles. You poor ignorant savages from Irlandaise wouldn't know anything about that, with your wet bacon and cabbage, but you do have good Eurovision entries, I'll give you that. Anyway, the steering takes time, which is fine, as it allows you to contemplate the teachings of Sartre and Camus when you're trying to get around a small roundabout.

The 93hp means that you can drive easily along at 80km/h with no troubles at all. Plus, there is a safety feature - accelerate to more than 100km/h and the 504 will vibrate and rattle so that it sounds as if La Grand Armeé is carrying out artillery manoeuvres in your head, so you slow down and everyone is safer. Bon.

Does it roll through corners? Of course it does! Only the silly Germans try to make cars that don't roll and then they are all going to their back doctors and crying like little babies with the pain in their spines! French engineers know that a car must flow with its landscape, so the 504's springs are soft, and allow the body to lean. This is also good because it means your passengers can have a closer look at the tarmac and see how well their tax Francs are being spent. Also, roll through corners means you go a little slower and so you can take more time to appreciate the natural beauty of the Rhone Valley. Or Roscommon, I don't know.

The four-speed gearbox has the precision of General De Gaulle issuing a withering put-down to a silly English prime minister, and the structure of the 504 is obviously very strong. The whole car feels sturdy, so I think it will sell well in former French colonies in Africa. Alors, it is so strong that I wouldn't be at all surprised to see 504s still driving around in places like Argentina and China in fifty years' time. Maybe. I don't know, why should I care?

It is the best value you can have! It is a produit of French engineering, French artistry, French economic strength. Oh, yes, you could have a German saloon or maybe something made by (sniggers) the British, but that is like going to work on time in a suit made of scratchy old carpet. The 504 is more like a three-hour lunchbreak with a nice Bordeaux and the company of a beautiful lady. Who would not want that, eh? Eh, mes amis?

Once again, la gloire de la France has been satisfied! The Peugeot 504 will go down in l'histoire as one of the greatest cars of all time. And I should know. After all, I'm French. En marche! Your mother was a hamster, and your father smelled of elderberries...