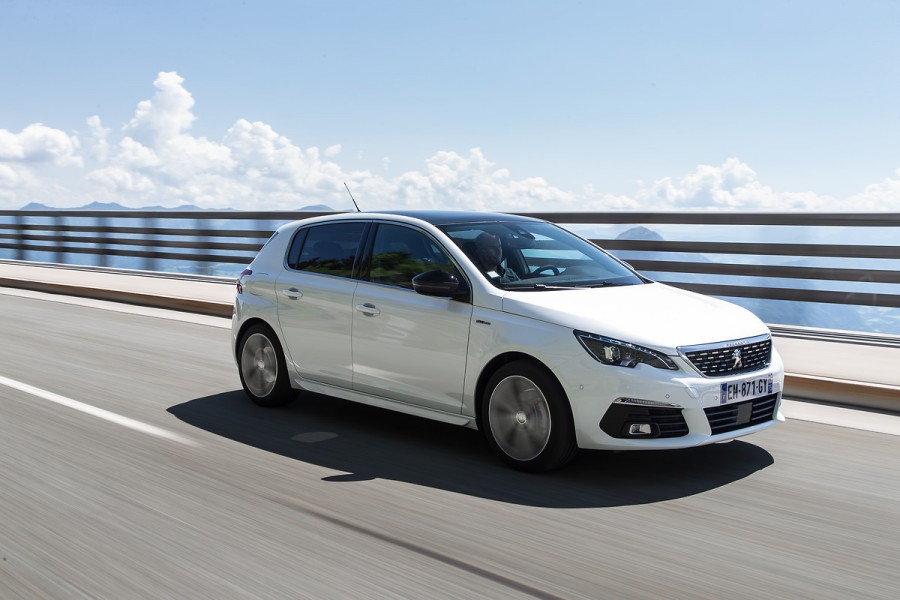 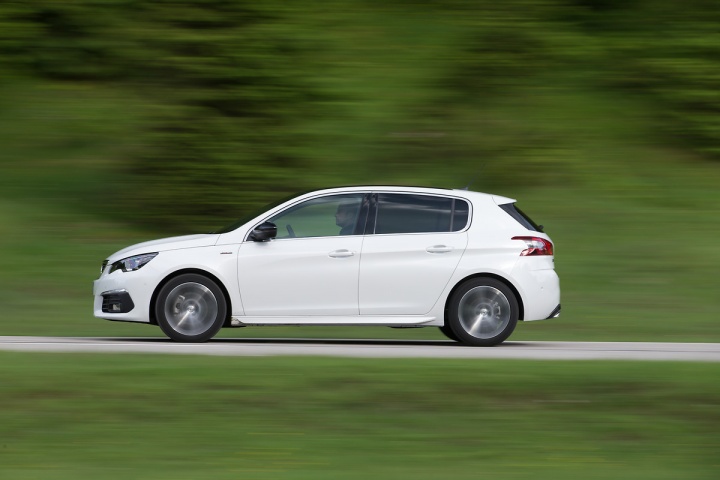 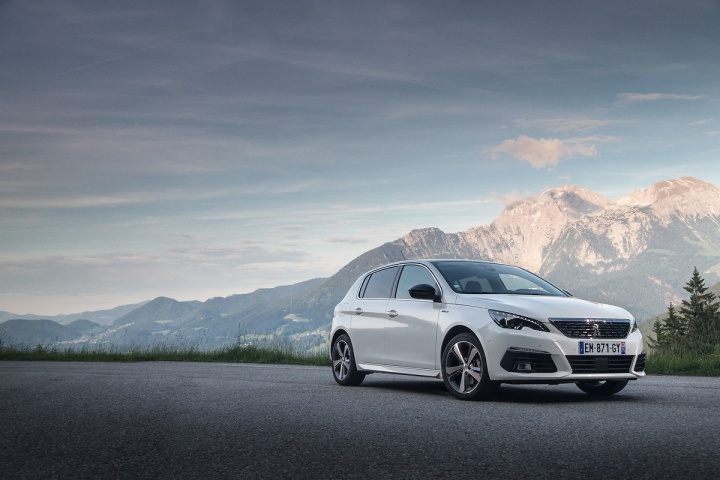 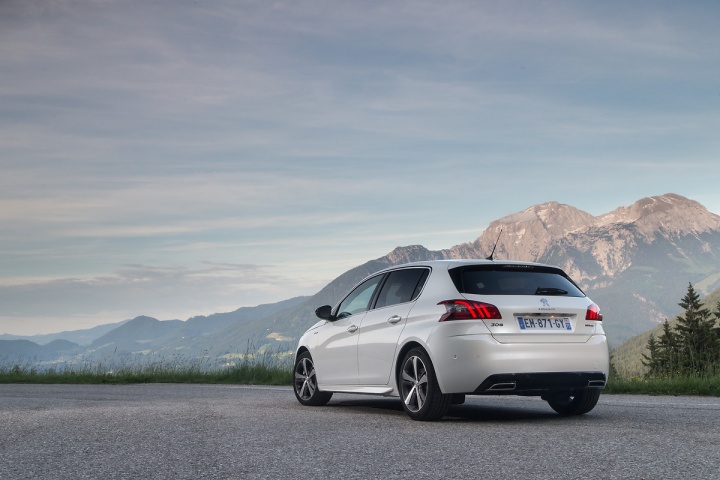 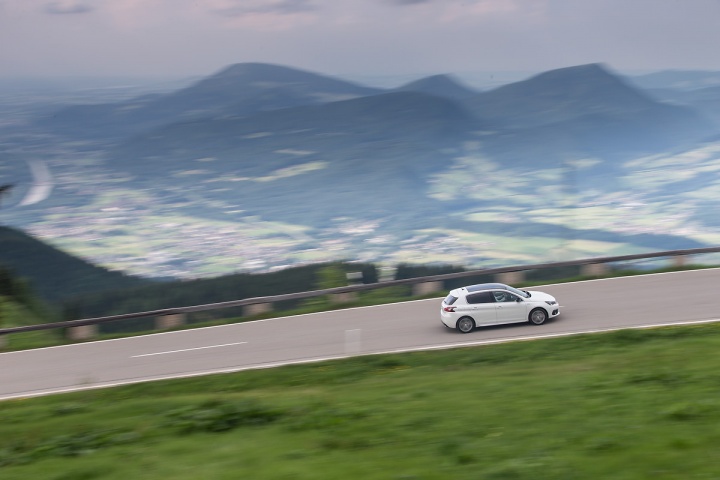 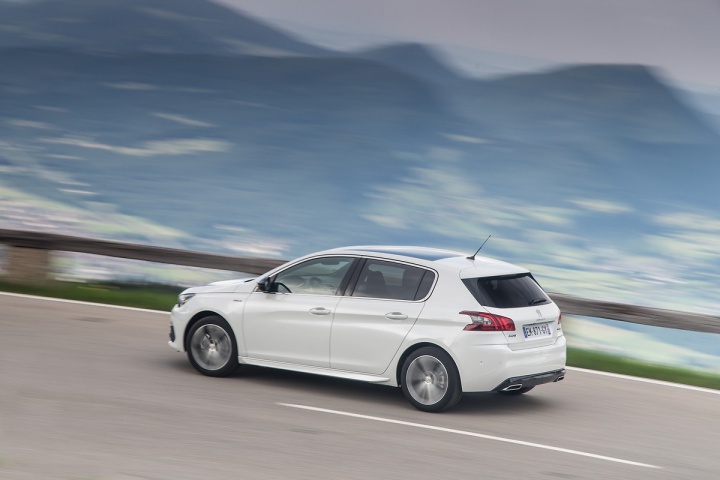 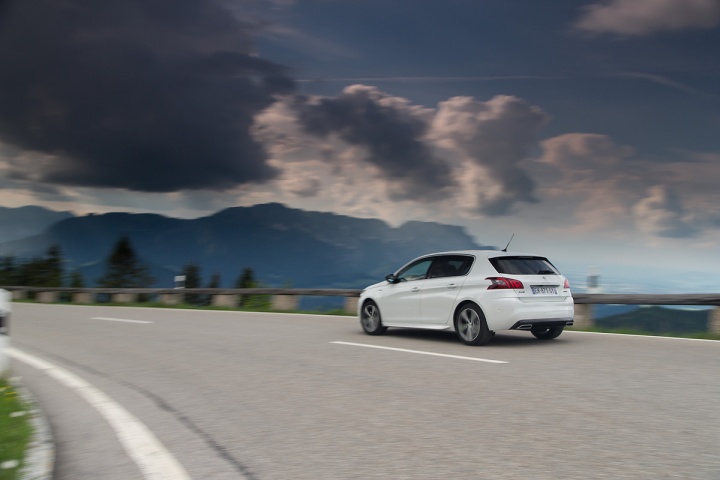 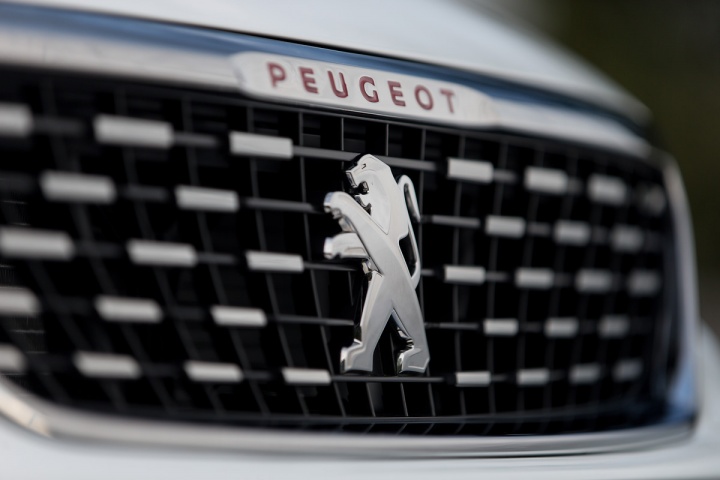 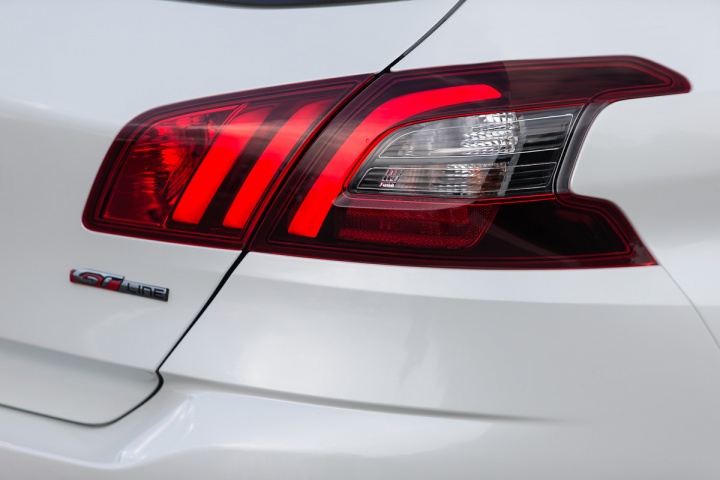 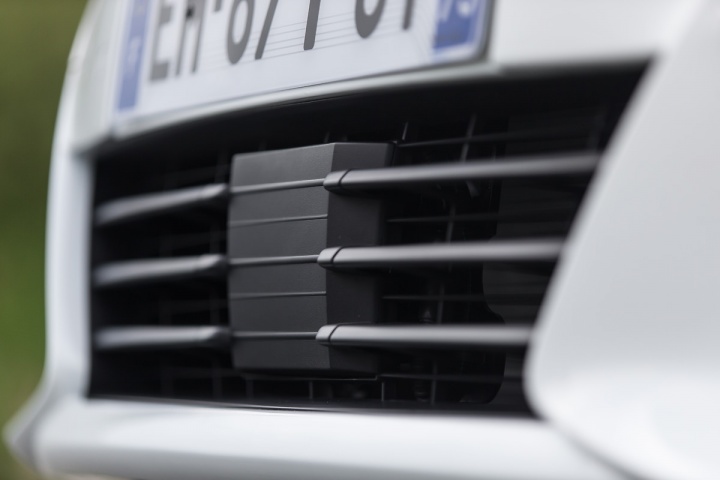 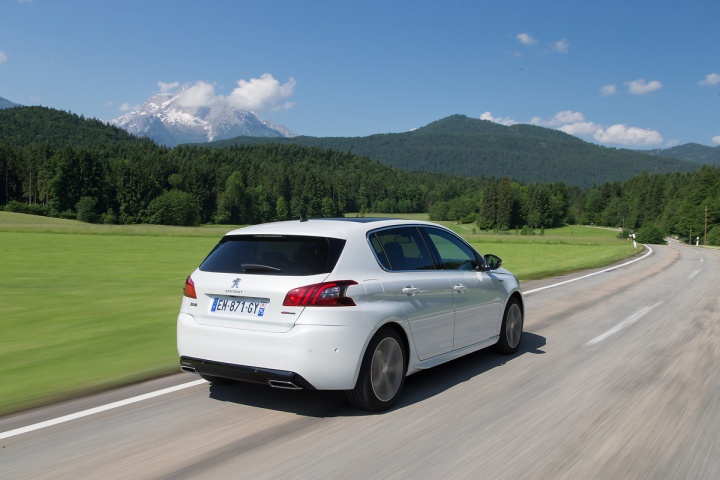 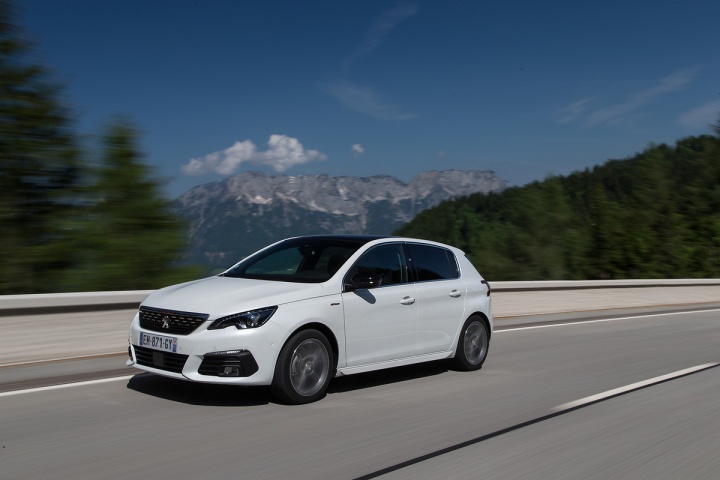 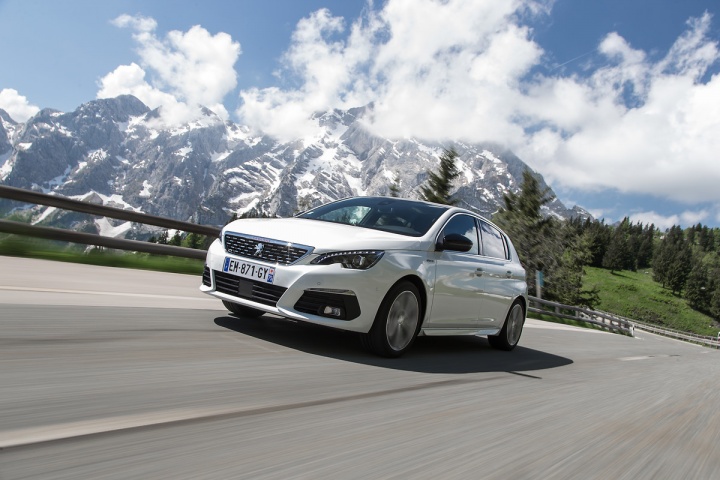 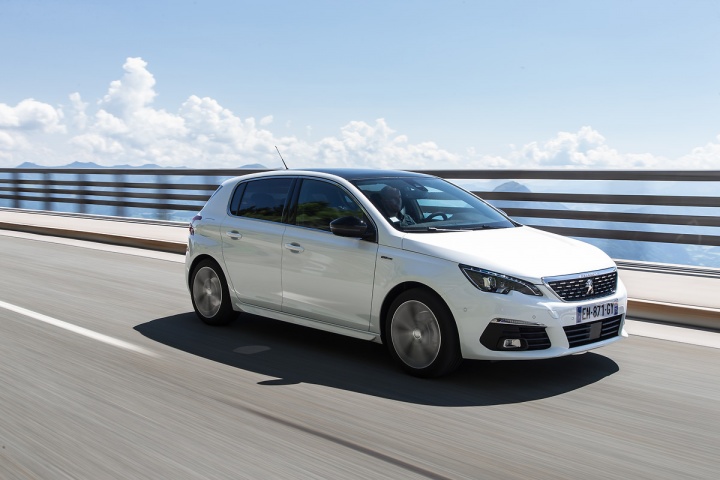 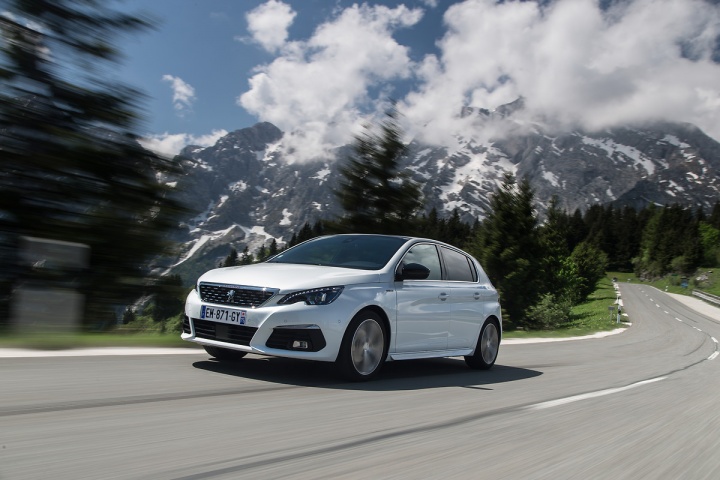 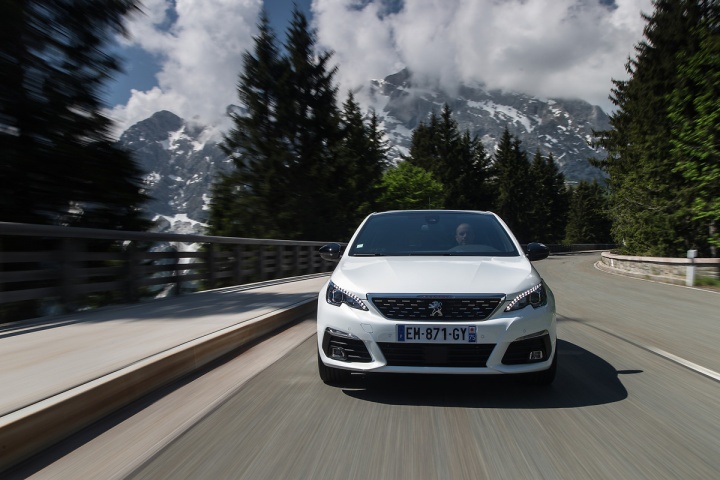 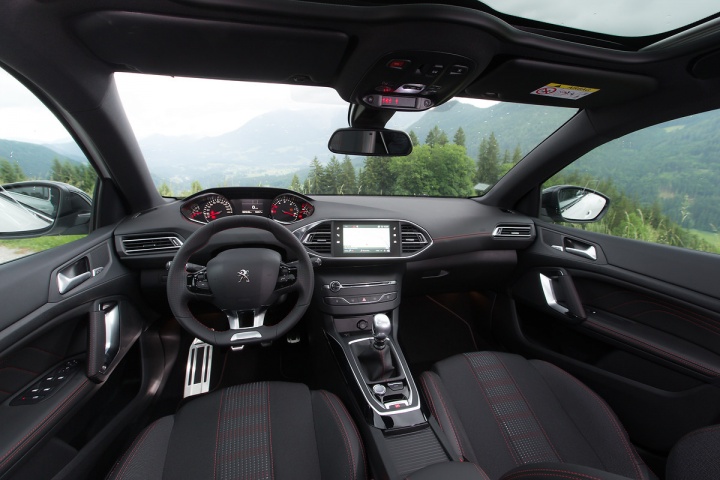 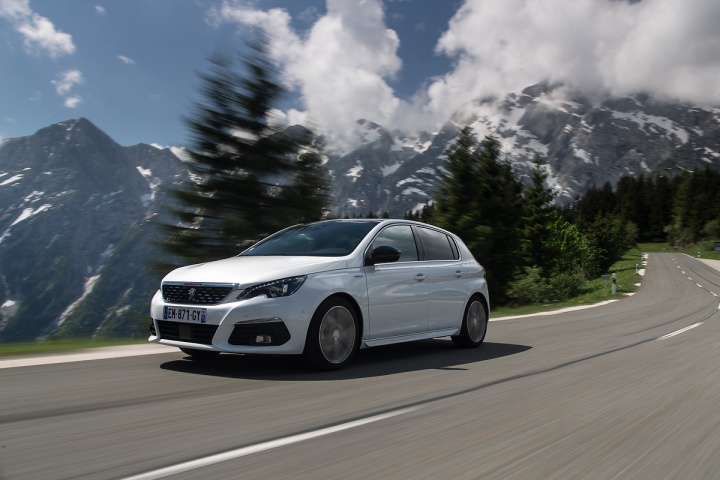 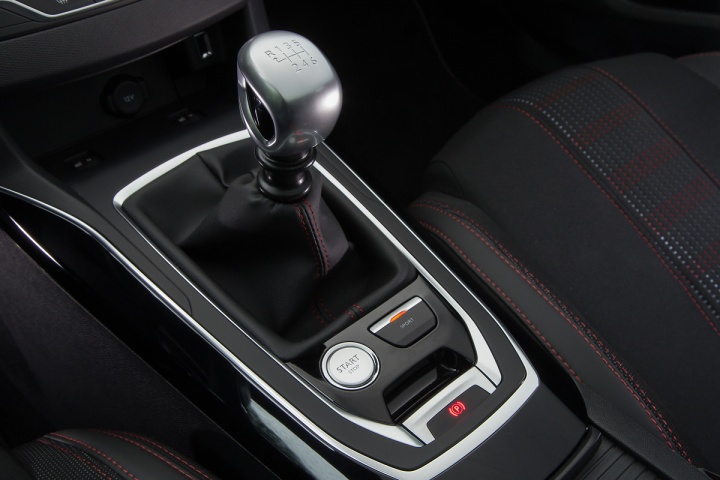 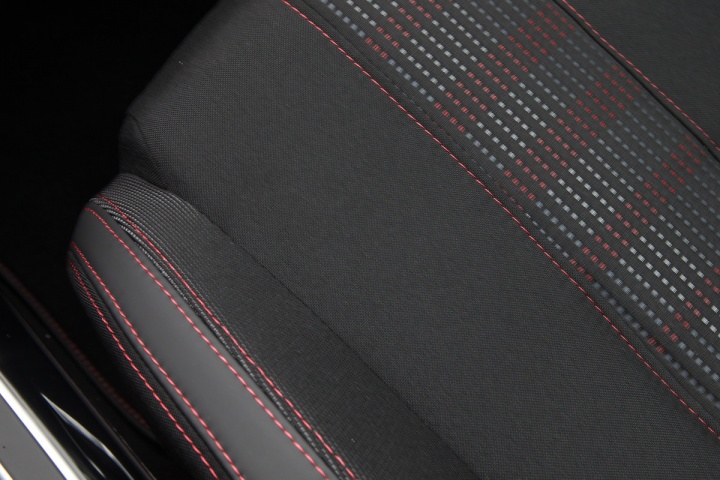 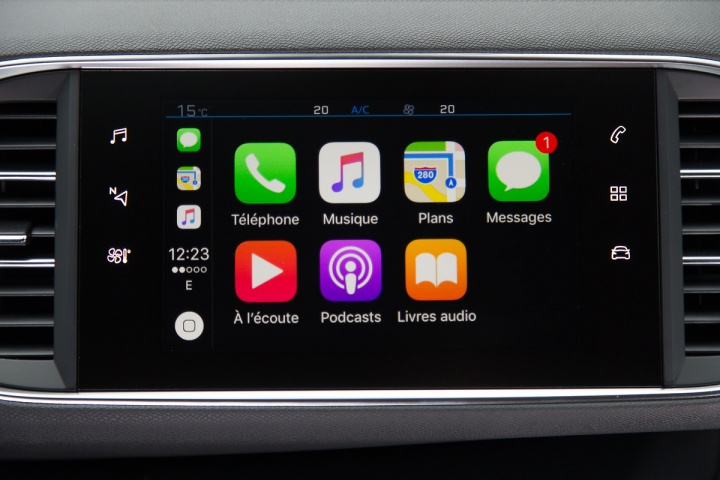 On the face of it, the updated-for-2018 Peugeot 308 doesn't look very different, running to a few visual tweaks inside and out. But underneath the skin there have been some significant changes, with the introduction of the latest active safety systems, a new eight-speed automatic transmission and a focus on achieving impressive real world fuel economy, in line with forthcoming new legislation. Of most interest to Irish buyers will be the silky smooth new 1.5-litre HDi diesel engine, tested here in the GT Line specification.

Let's be honest with each other: the exterior changes are minimal - and best shown off on the GT Line car pictured here. There's a new bonnet and a more upright grille with the Peugeot 'lion' prominently located at its centre, a few new wheel designs and the rear lights now illuminate as part of the daytime running lamps to give the car an LED signature even during the day. That's pretty much it.

Inside, the controversial i-Cockpit remains, featuring a small diameter, but chunky rimmed steering wheel and a set of instruments that you view over the top of the wheel. Some drivers have to compromise their position to see these properly and it's a shame the 2018 update didn't mean an upgrade of the dashboard to the same standard as that of the Peugeot 3008. Nonetheless, the touchscreen in the centre of the cabin has been enhanced and there are better graphics and more functions than before - dependant on trim level of course. As ever, space inside is average for the class, while quality is noticeably good.

No changes have been made to the chassis, suspension or steering of the Peugeot 308. On the larger wheels of the GT Line car, over mostly good road surfaces on the launch roads in Germany and Austria, that means a balance between good suppleness over bumps and stability on the motorway. That's where the 308 is at its most impressive, as it's happy to cruise at high speed (over 160km/h at times on sections of the derestricted autobahn) with only a whisper of wind over the door mirrors. This isn't really a sporty car when it comes to the corners though. Body control is, for the most part, acceptable, though full-width ridges or bumps can upset its composure briefly mid-corner, and the steering is lifeless. In short: it's fine, not sporty.

The new 1.5-litre HDi diesel engine stands out though. It's a mere 61 cubic centimetres smaller than the venerable 1.6-litre unit it replaces, but it is in effect a brand new powerplant. A four valves per cylinder head helps liberate more power, so it'll be offered with up to 130hp, as tested here - up 10hp on the 1.6 - and we expect there to be lower power variants in time. The smaller capacity and new combustion system apparently enhance fuel economy by about five per cent (though no actual figures have been confirmed at the time of writing) and this engine will conform to 2020 regulations for the emissions of NOx. Beyond all that, it has plenty of go and is noticeably smooth to drive, with good response to the throttle and a pleasingly linear ramp up in torque. It's quieter than its predecessor, as well.

We also tried a 308 SW estate out for size, powered by the GT-specific 180hp 2.0-litre HDi diesel engine. It's undoubtedly powerful, but it's also quite gruff sounding, something that is underlined if you press the Sport button - that turns on a sound symposer as well as making the throttle more responsive and reducing assistance to the steering. New to this engine is an eight-speed automatic transmission that will eventually be offered across the 308 line-up. We found it to be commendably smooth at part-throttle, but at times too jerky otherwise, though it was confirmed that the calibration is not 100 per cent signed off, so we'll give Peugeot the benefit of the doubt on that one for now.

Peugeot Ireland can't confirm pricing for the updated 308 line-up yet as it won't arrive until closer to the end of 2017, with an eye on the '181' plate in January 2018. It's unlikely that the entry-level price will rise much above the current €19,550 level, and the range will be largely the same, made up of Access, Active, Allure, GT Line and GT models with Peugeot's typically competitive equipment offering. The 1.5-litre HDi diesel engine will be one of the first on the market to the new Euro 6.c standard, as will the 2.0-litre HDi 180 paired with the company's new eight-speed automatic transmission. New safety tech to watch out for in the updated 308 includes Active Safety Brake with Distance Alert, Active Lane Departure Warning, Driver Attention Alert, Speed Sign Recognition and Suggestion, Adaptive Cruise Control and Blind Spot Monitoring.

Peugeot itself admits that the C-segment hatchback class is getting tougher and tougher to compete in. Not only is it overflowing with good cars, buyers are slowing migrating out of it into SUVs and crossovers. Hence the updated 308 is likely to remain a relatively rare sight on Irish roads. Saying that, it's undoubtedly better than ever and certainly above average in the sector, while the new 1.5-litre diesel engine is a gem. 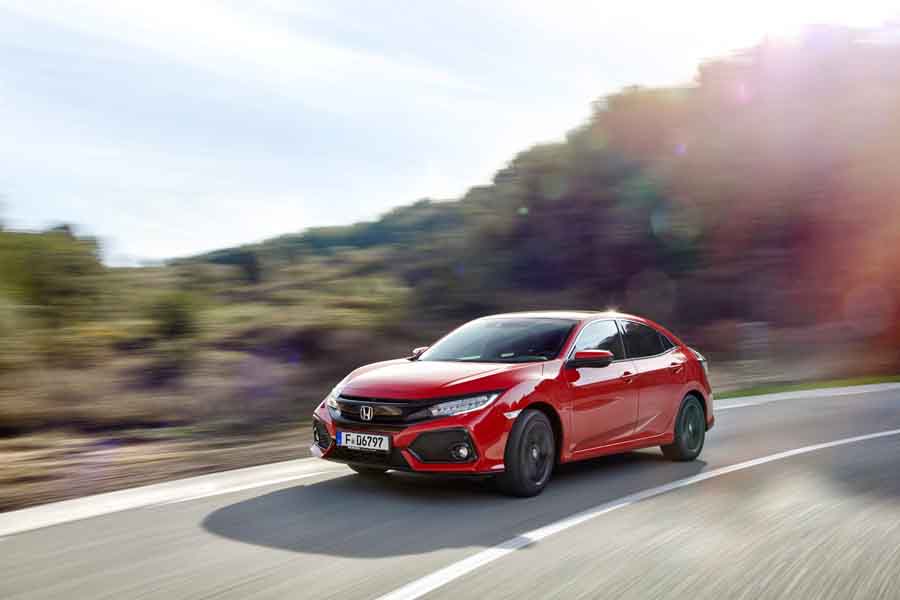 Honda Civic 1.0 VTEC Turbo review
Honda Civic vs. Peugeot 308 1.5 HDi 130: the new model, unusual looks aside, is a formidable rival for all other cars in the C-segment. Great petrol engines, though no diesel model at the time of writing. 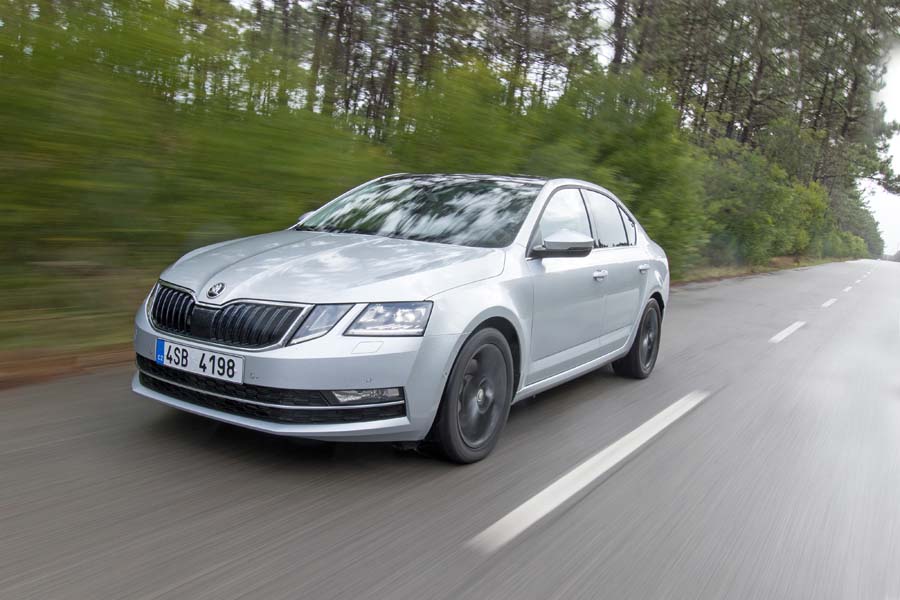 Skoda Octavia 1.6 TDI DSG review
Skoda Octavia vs. Peugeot 308 1.5 HDi 130: bigger inside than the 308 and competitively priced, though the recent facelift divides opinion. Good selection of petrol and diesel engines. 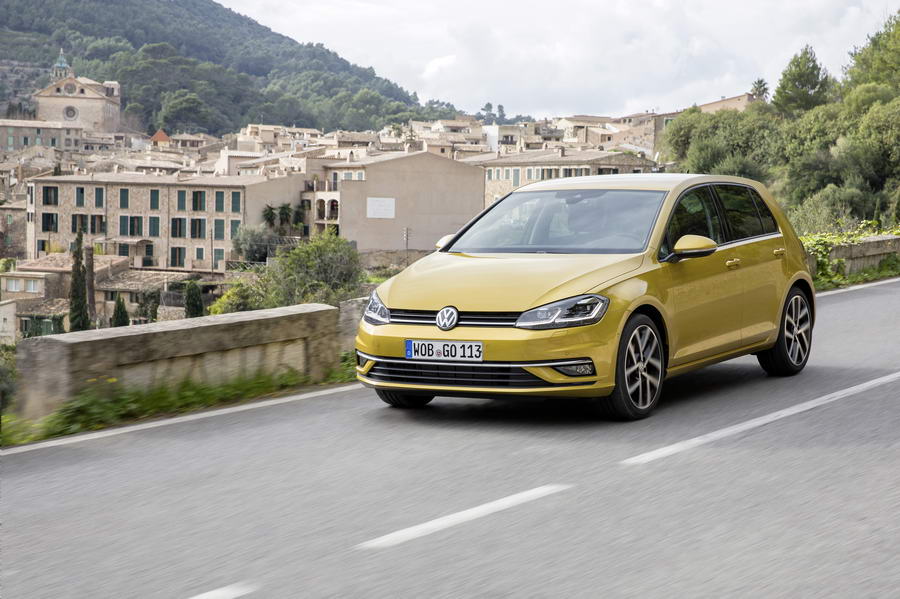 Volkswagen Golf 1.5 TSI review
Volkswagen Golf vs. Peugeot 308 1.5 HDi 130: very hard to beat as an overall package and exceedingly high quality - though not as spacious as the biggest cars in the sector.