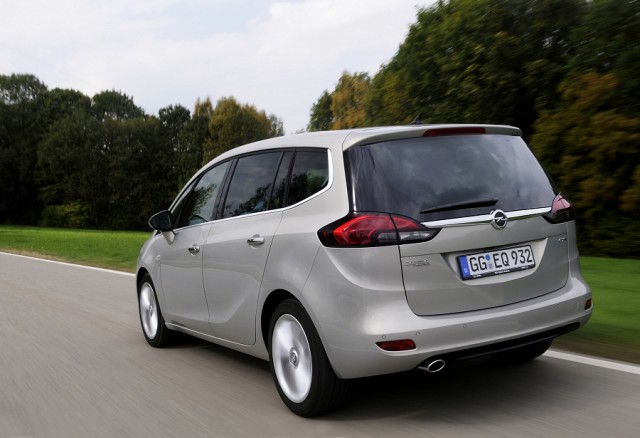 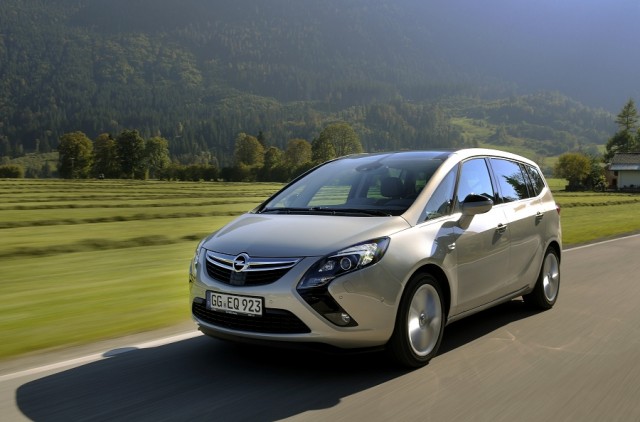 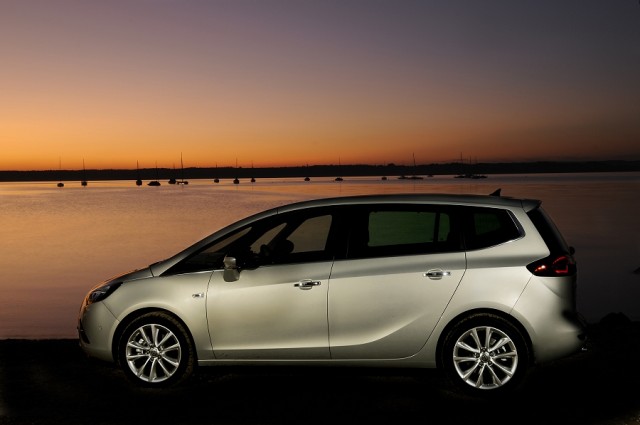 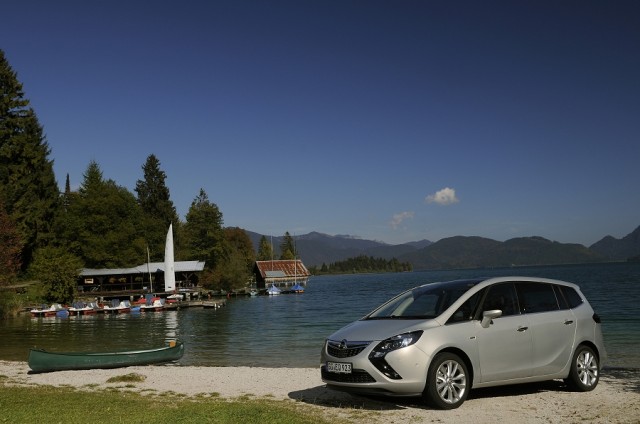 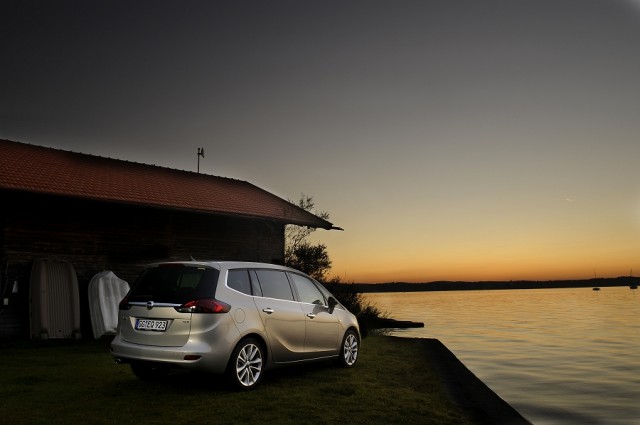 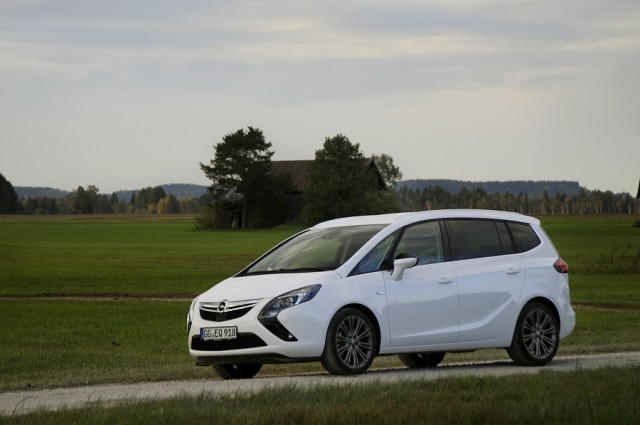 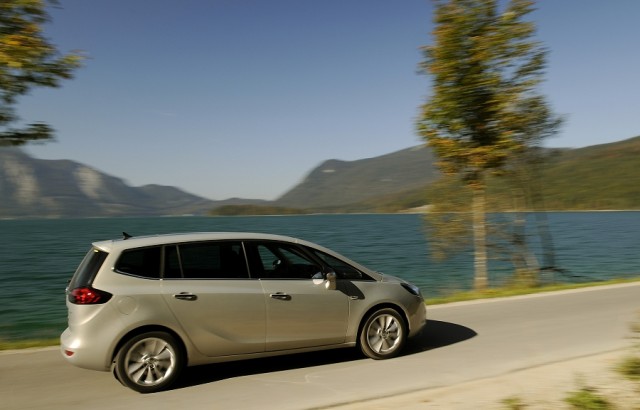 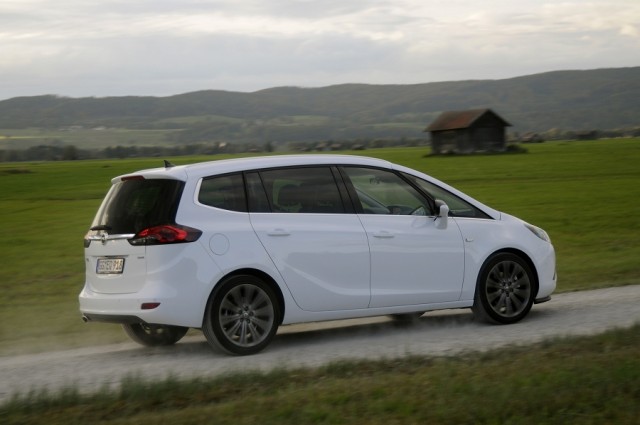 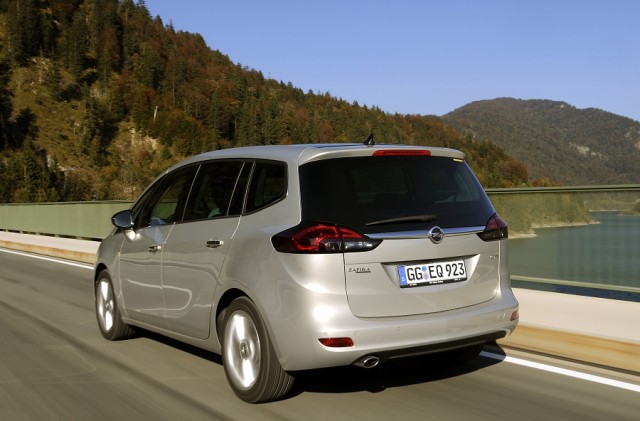 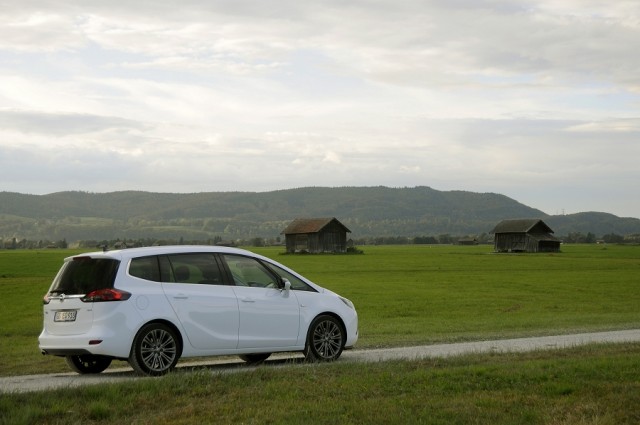 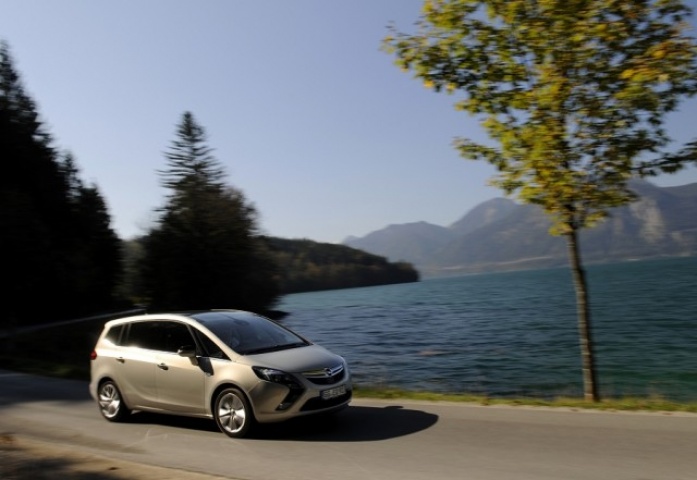 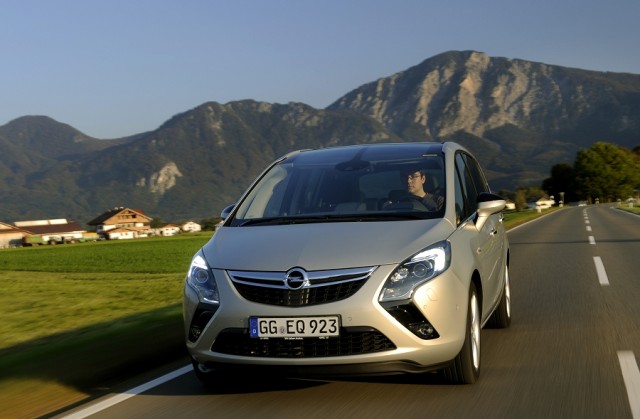 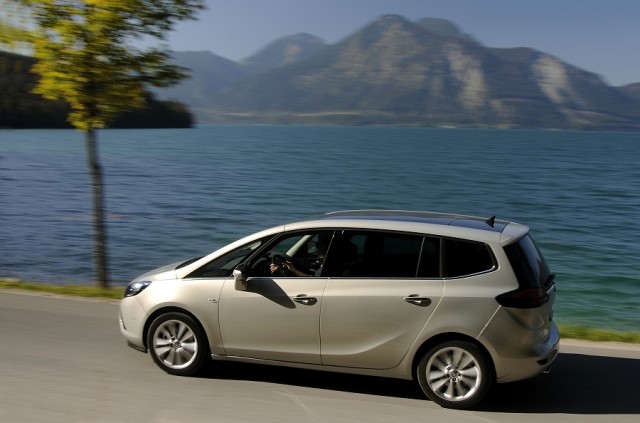 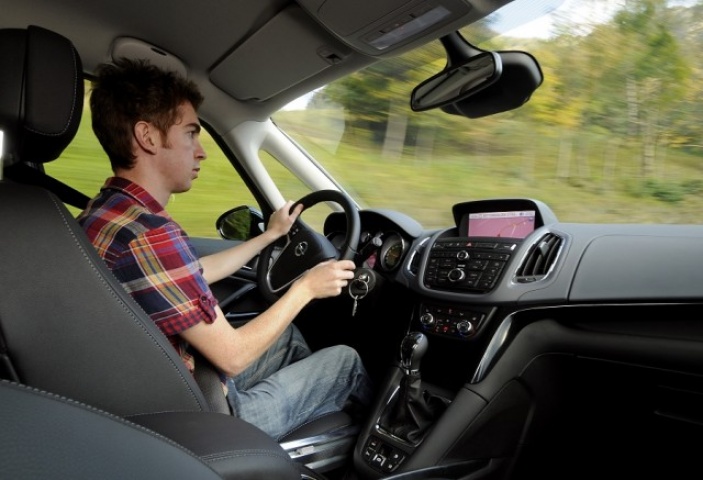 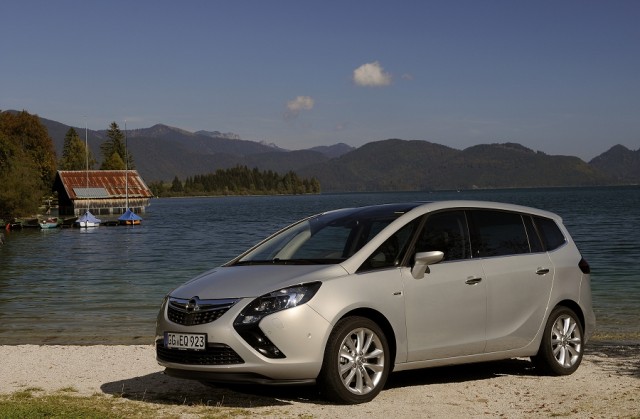 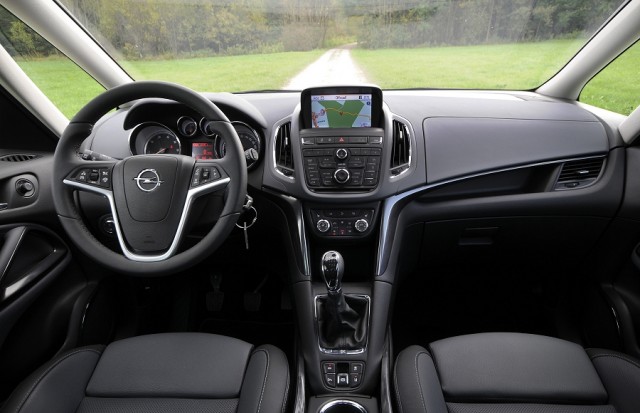 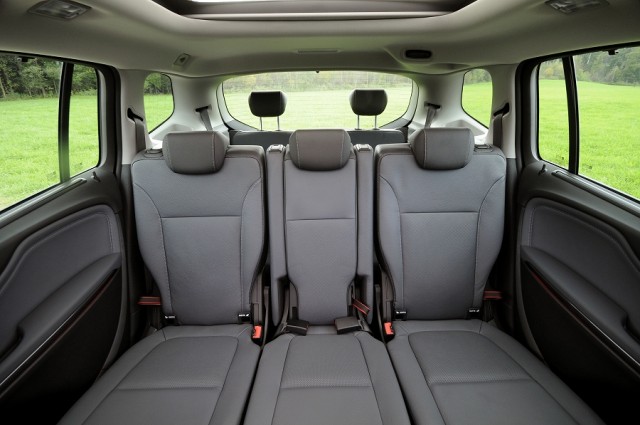 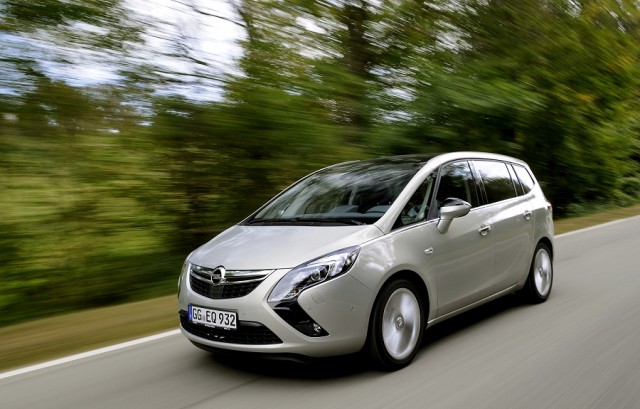 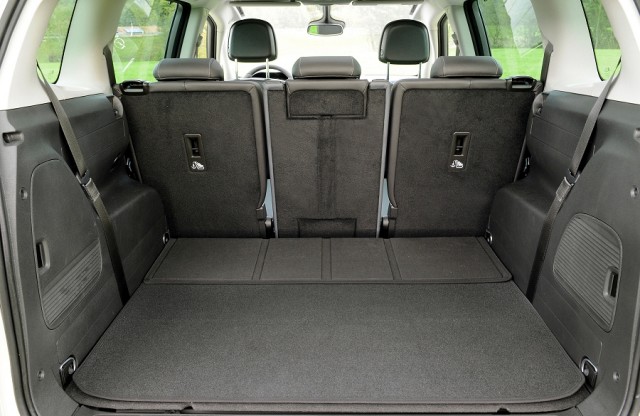 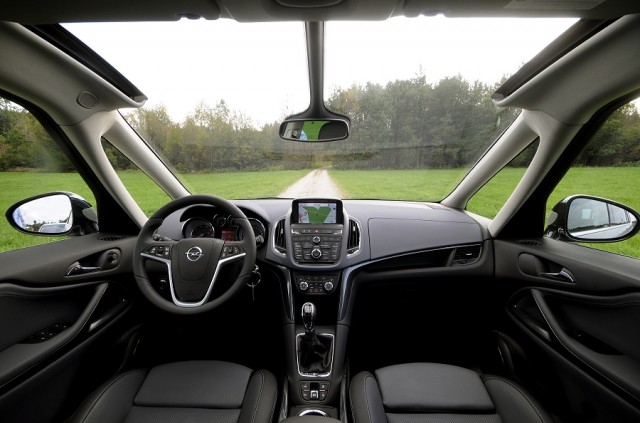 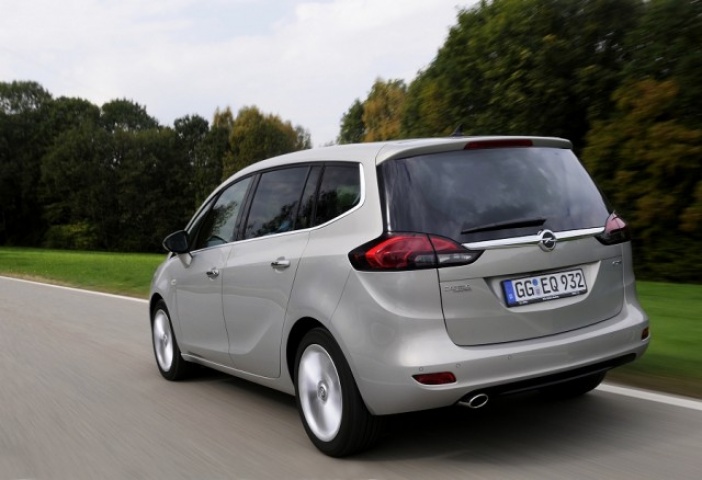 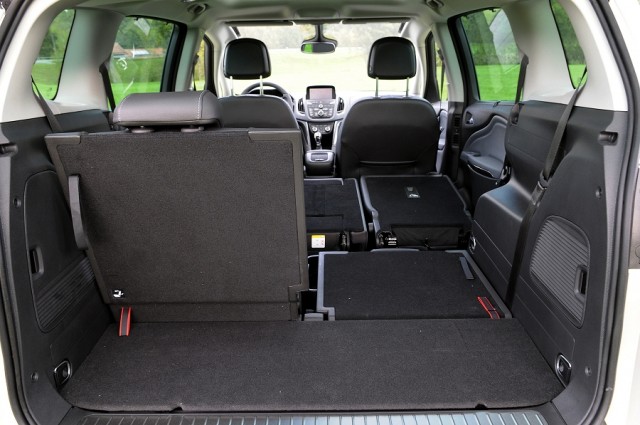 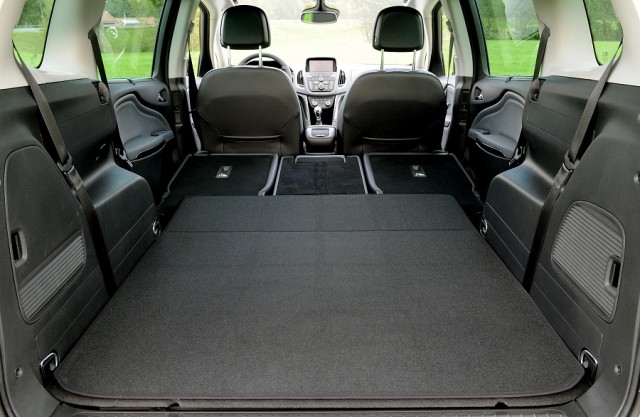 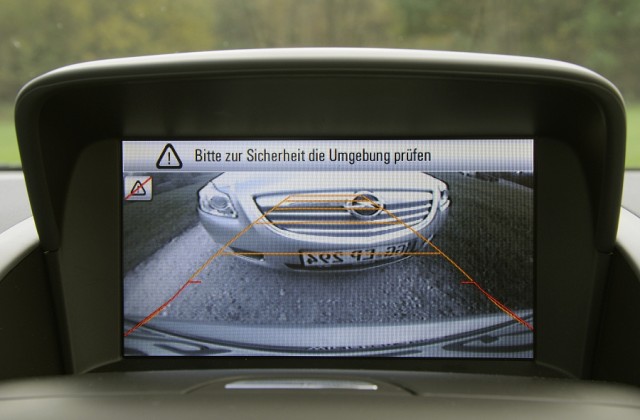 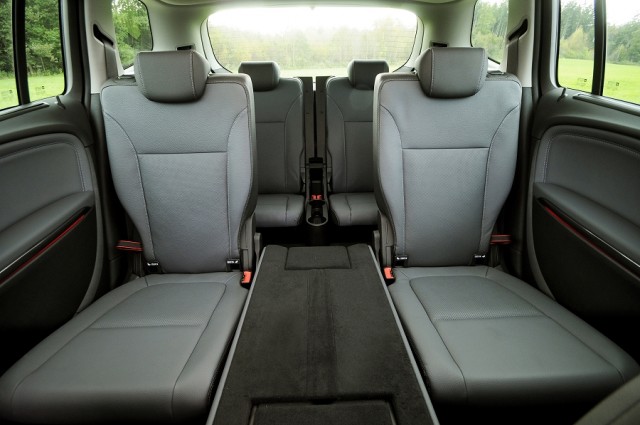 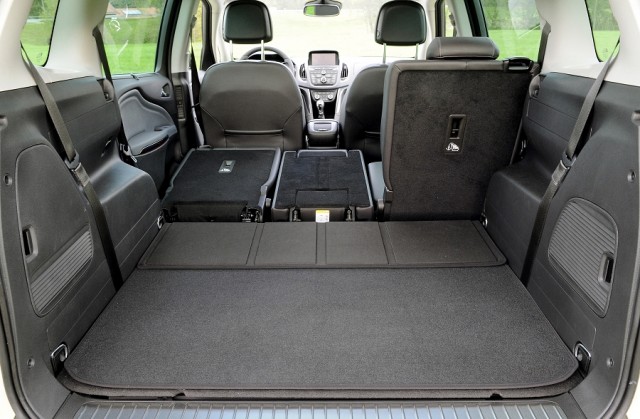 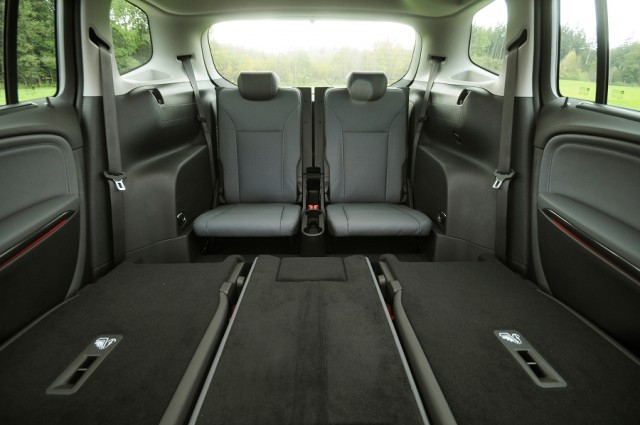 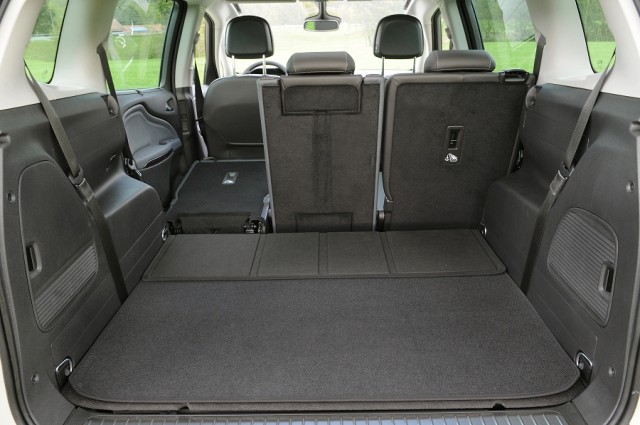 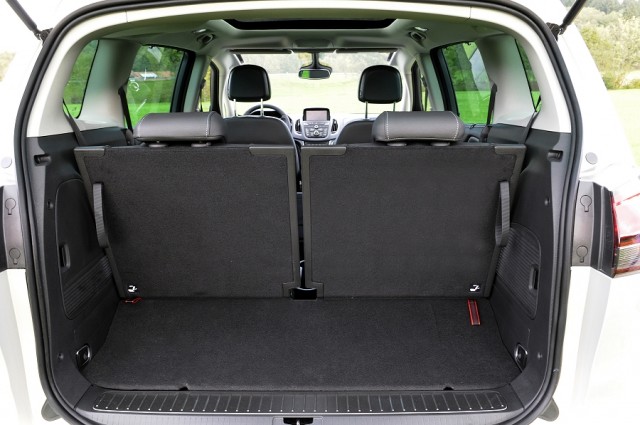 Opel will launch a bigger, classier version of the Zafira in 2012. It's called the Tourer.

The Tourer is an all-new, premium take on Opel's existing Zafira MPV. Suave looks, a classy interior and more practicality features than you can imagine make it that bit more special than the standard model. It arrives in Ireland in March 2012.

It's a big car in every sense, so much so that Opel reckons the Tourer will be straddling the C- and D-segments of the MPV market (basically a rival to both compact and conventional MPVs). Smooth, swooping lines take the edge off the boxy people carrier appearance, while the cabin, save for a uniform Opel fascia, is classy and well built. You sit high and get the sense that it's a big car in every way.

The original Opel Zafira defined clever, versatile interiors in compact MPVs and the Tourer has built on that. There are, apparently, over 30 cubbyholes, and the rear seating system is as innovative as ever. The back two seats fold down flat at the press of a button and lift up again with no more than a tug of a the canvas handle. The centre row is even smarter, as the middle seat folds in on itself to create a large centre armrest and the two chairs either side slide 280mm back and forth in an L-pattern to maximise space.

Where the Ford S-MAX is about as engaging as an MPV gets, the Zafira is as smooth, comfortable and sensible as you'd want. We were initially concerned about the 19-inch wheels on our test car but fears were allayed after the shortest of drives. It's very comfortable indeed - and 19s are the biggest wheels you can have.

In terms of engines, though Irish specs have yet to be confirmed, there are two petrol options - a 1.4 turbo and a 1.8, both with 138bhp - available in other countries, though the three 2.0-litre CDTi diesels with 109-, 128- and 161bhp are likely to be more prominent here. We drove the most powerful diesel, which had sufficient pull for a car of the Tourer's bulk and was generally refined, but it became loud over 3,000rpm. We'd gamble on the fact that lower powered engines will probably render the Tourer pretty sluggish, though. The start-stop system, standard on this model, works effectively and body roll is well contained for an MPV. The six-speed manual gearbox is a little tough in its action, but it does the trick.

If pricing in Ireland follows that in other European countries then the new Tourer will be more expensive than the regular Zafira, but still cheaper than the Ford S-MAX. Standard equipment should be relatively generous too.

Opel eschewed the idea of a high performance OPC model but hinted that there would be a more powerful diesel later on, possibly bearing the GSi moniker. At the other end of the spectrum, European markets will get LPG and compressed natural gas (CNG) variants, but these won't make it to Ireland. We are, however, likely to get an ecoFLEX 2.0-litre CDTi shortly after the aforementioned versions appear in showrooms with 130hp and 119g/km - putting the new car into Band A. Opel says we'll see gradual reductions in emissions as the model ages, so an engine with 110g/km or less isn't inconceivable - not that it'll make a difference in Ireland until our tax bands change.

The hallmarks of the original Opel Zafira remain in the Tourer - it has a genuinely clever interior and there are too many practicality features to list here. Crucially, it's a lot more upmarket than the smaller, standard car. Opel will continue to build and sell the existing Zafira as a cheaper, more compact alternative to the Tourer, but the newer, bigger car (and it does feel big) is by far the more desirable and functional of the pair.