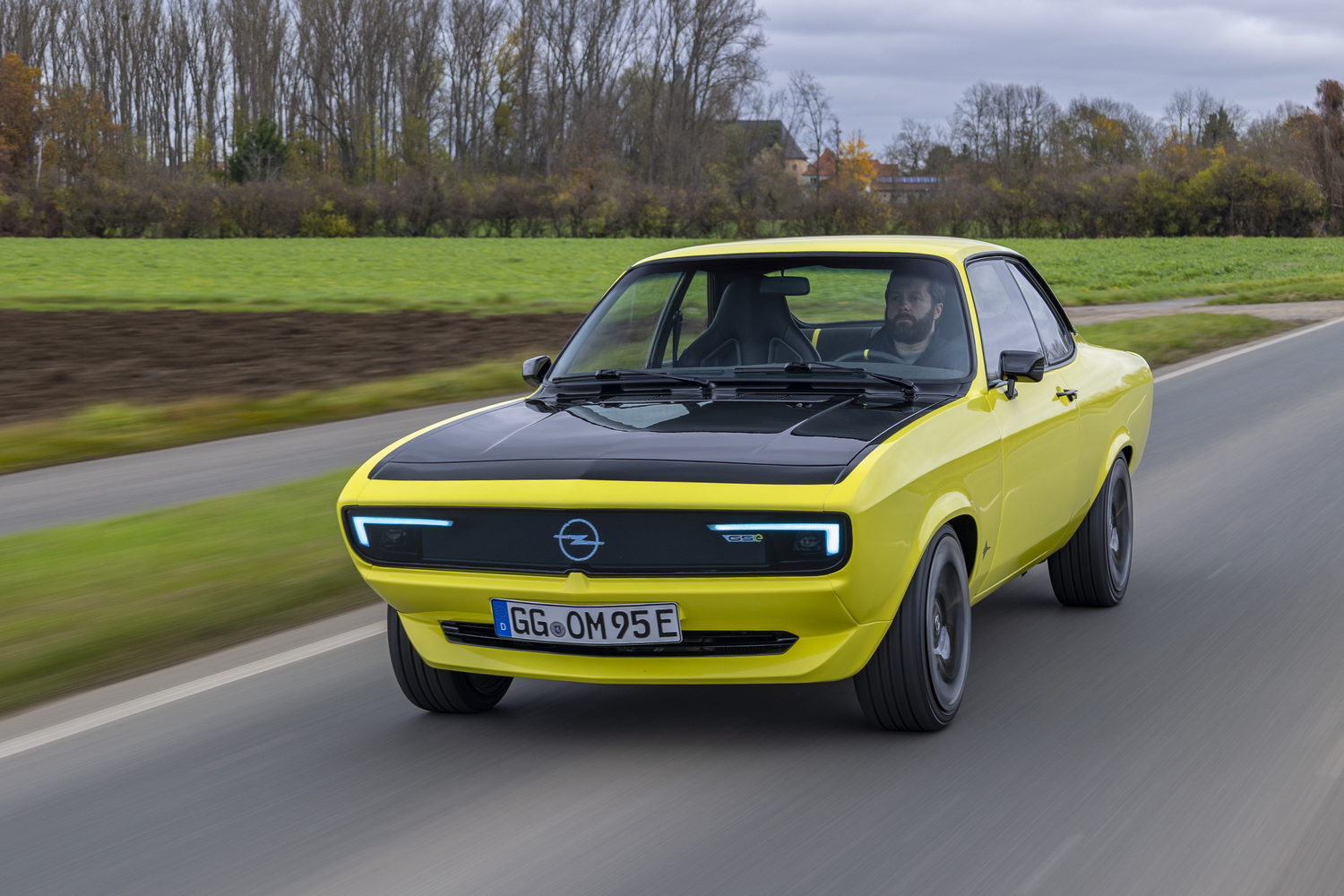 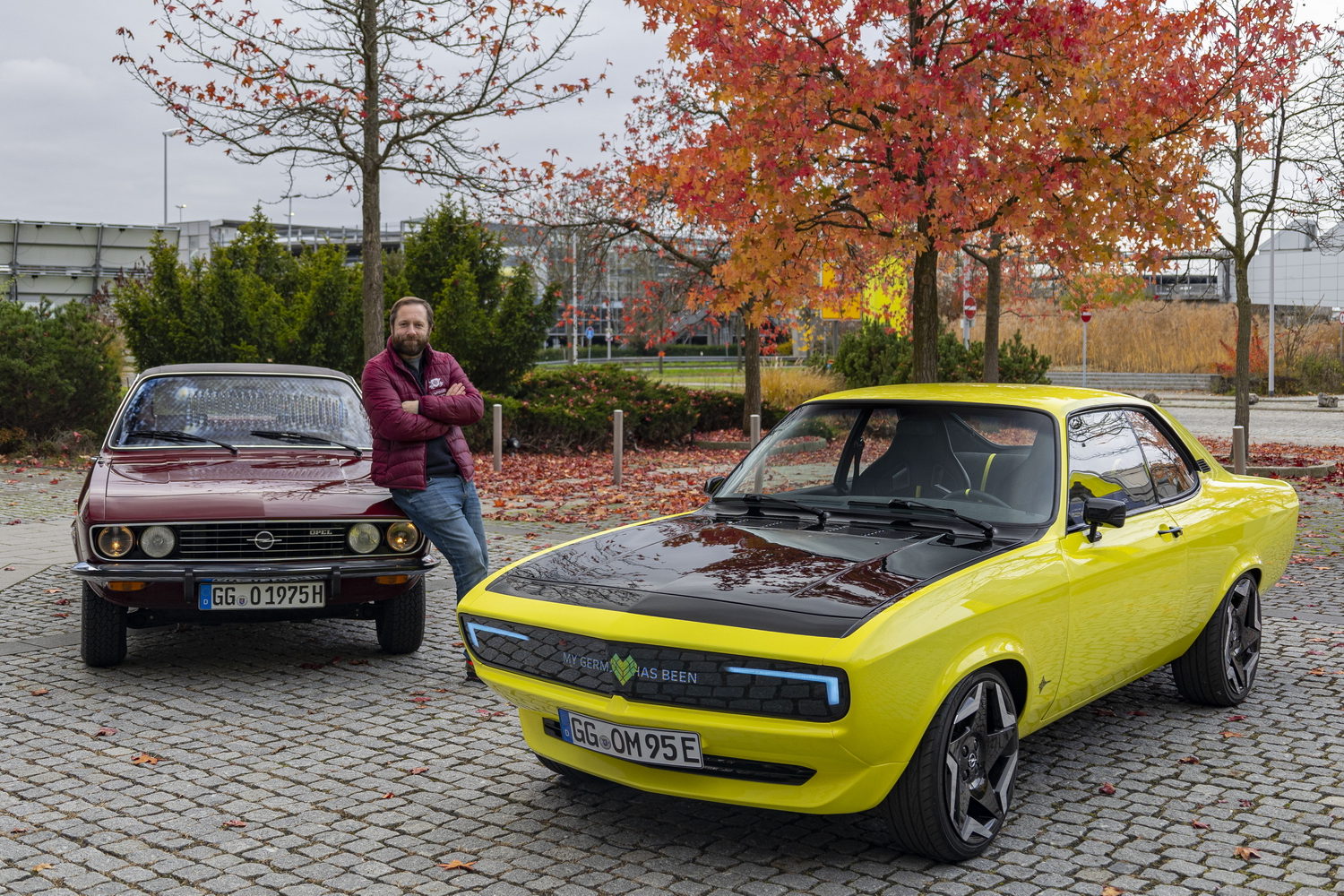 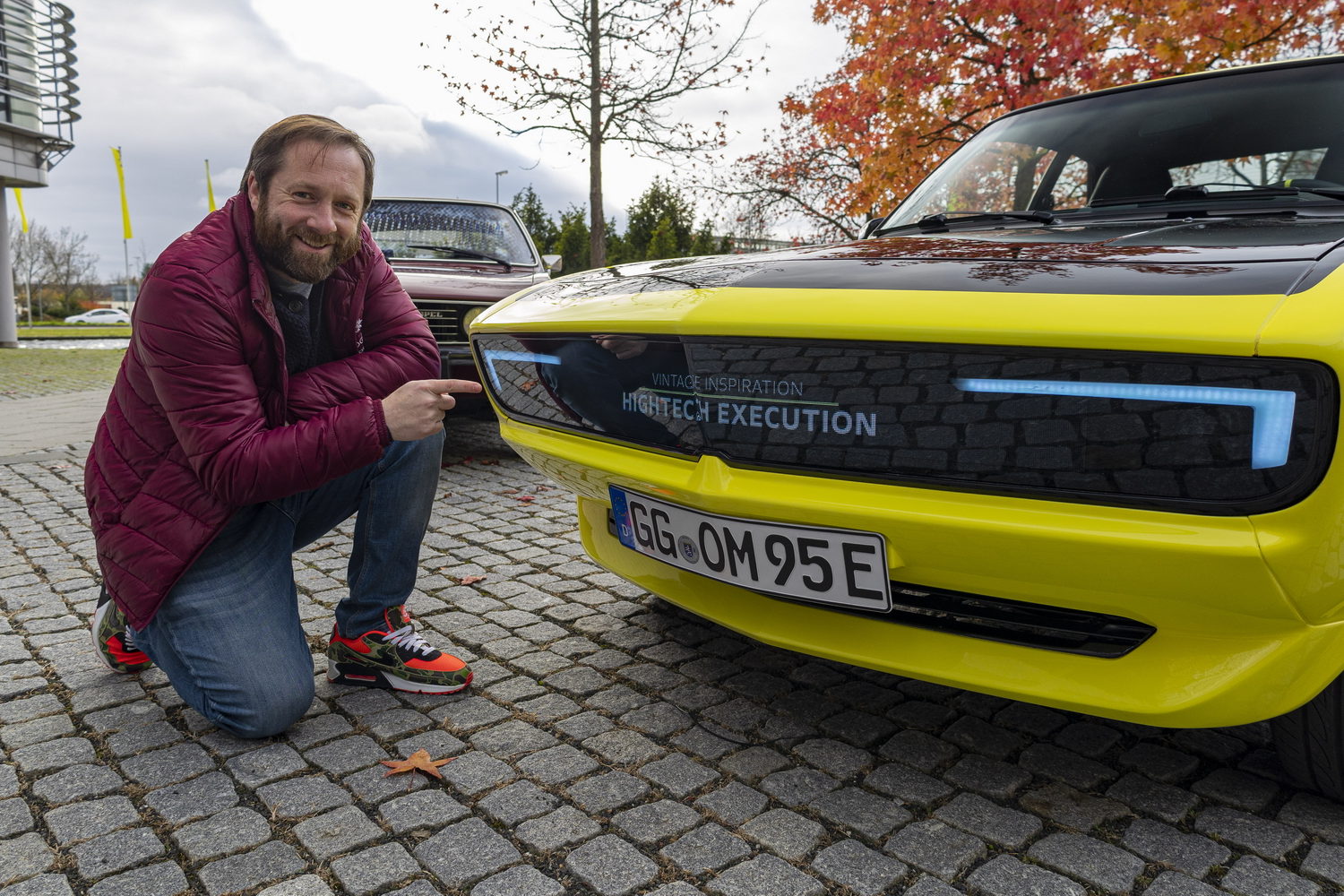 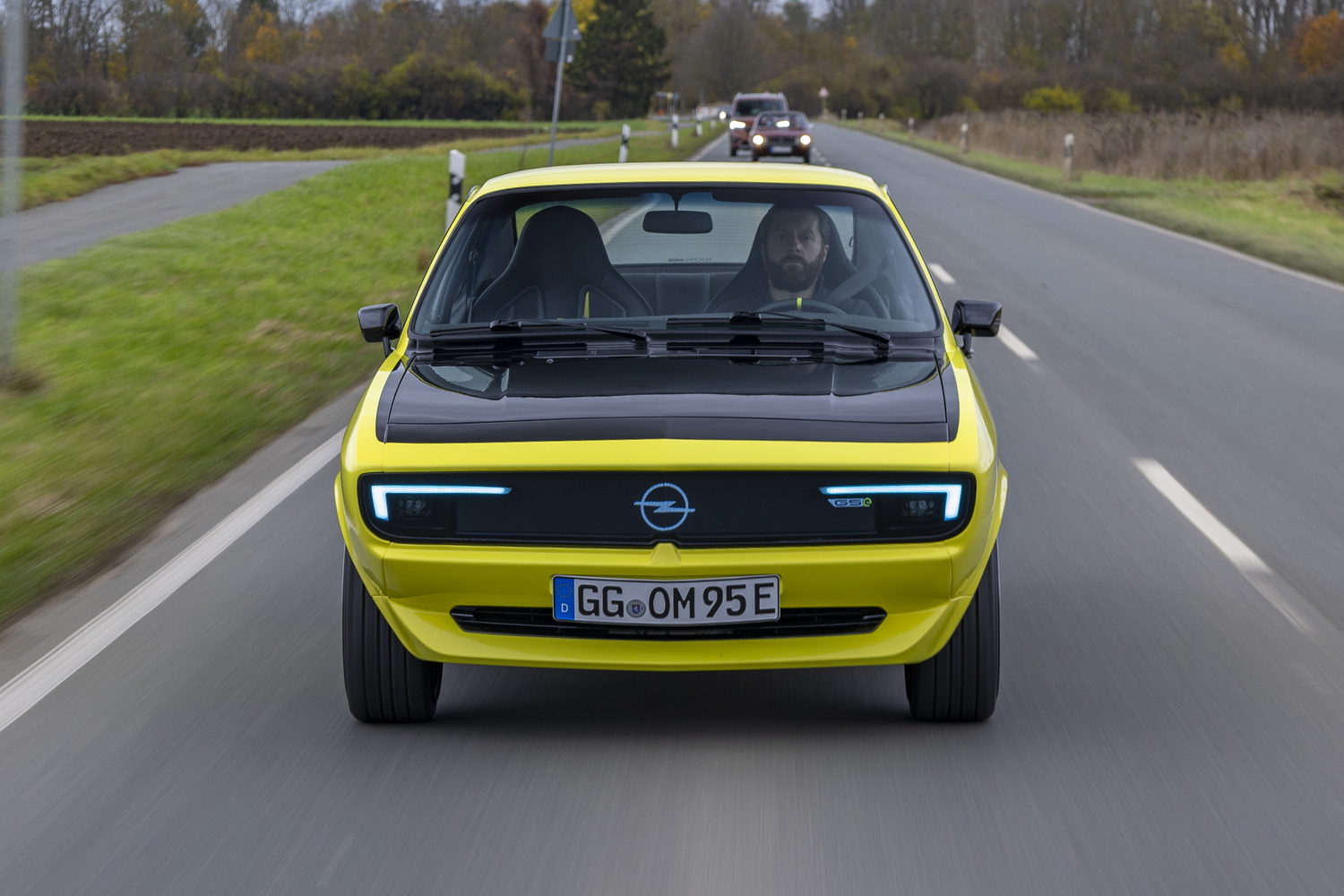 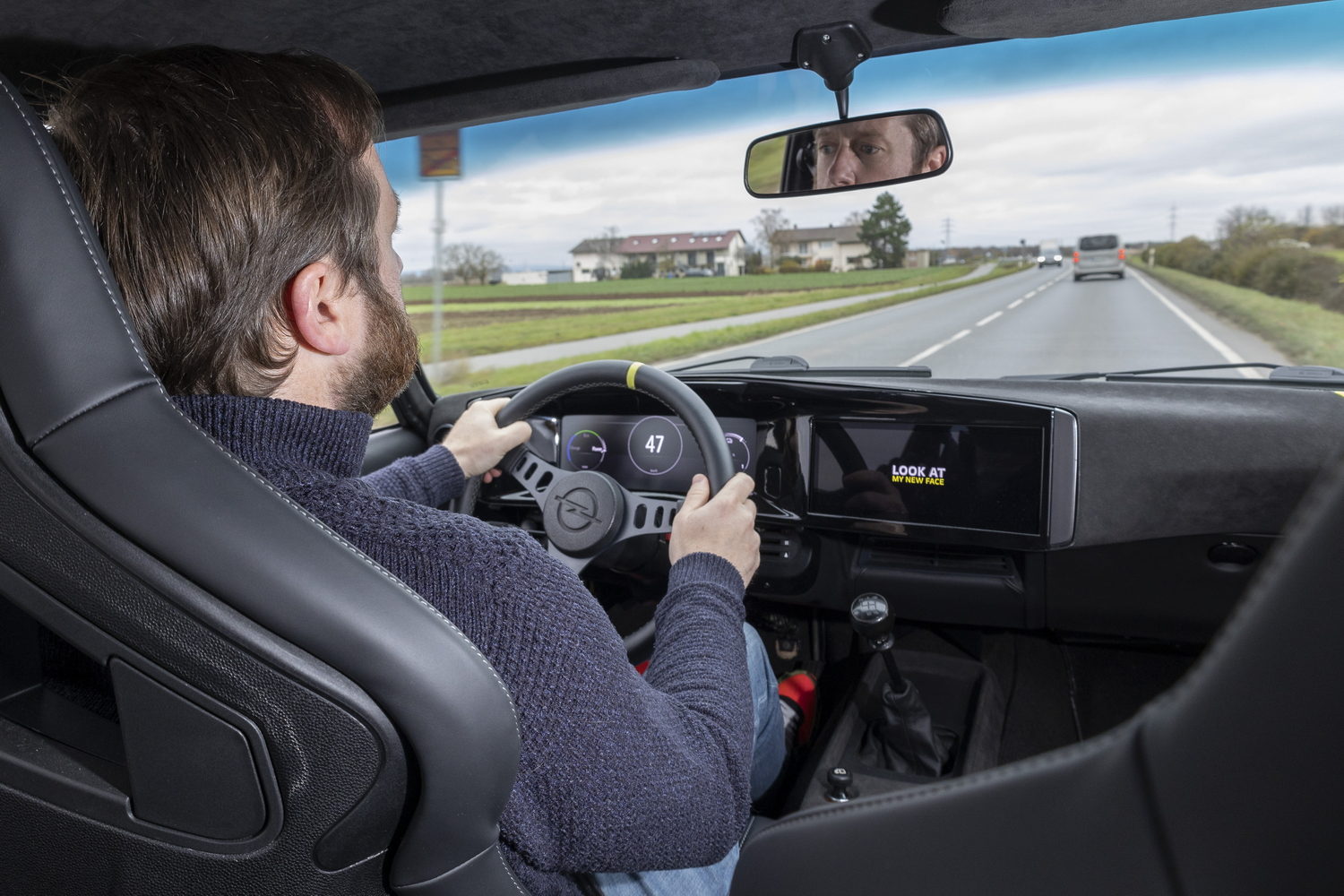 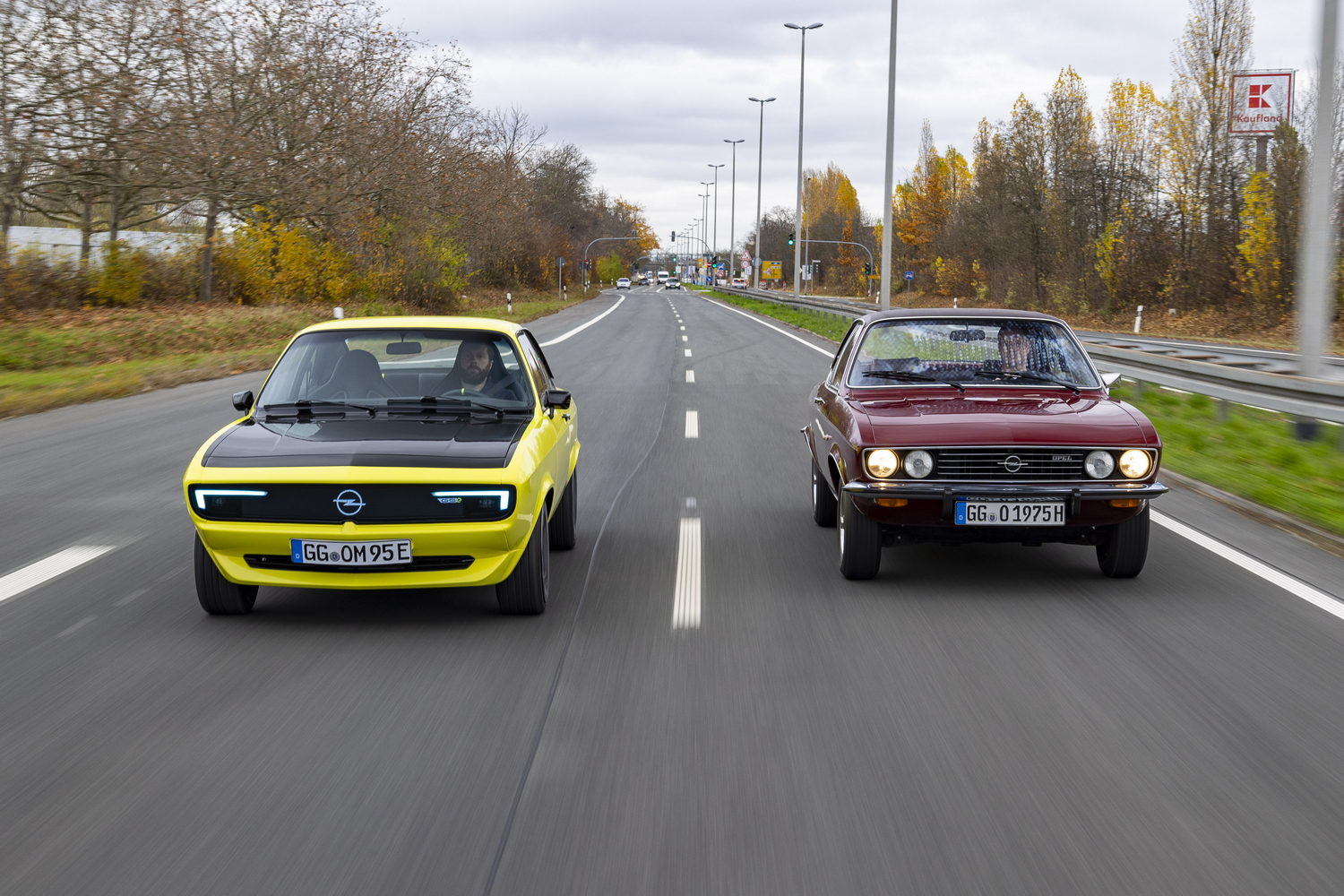 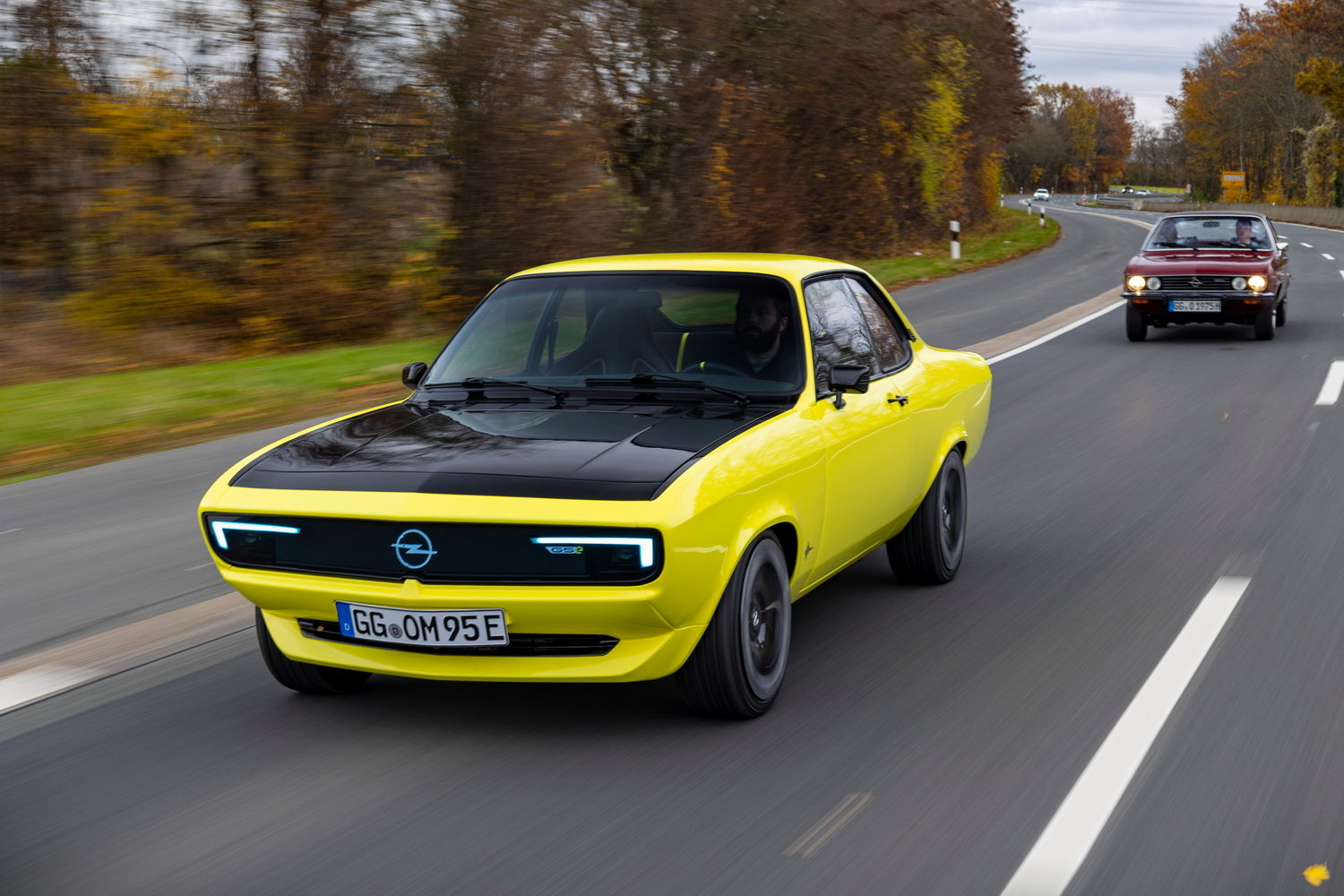 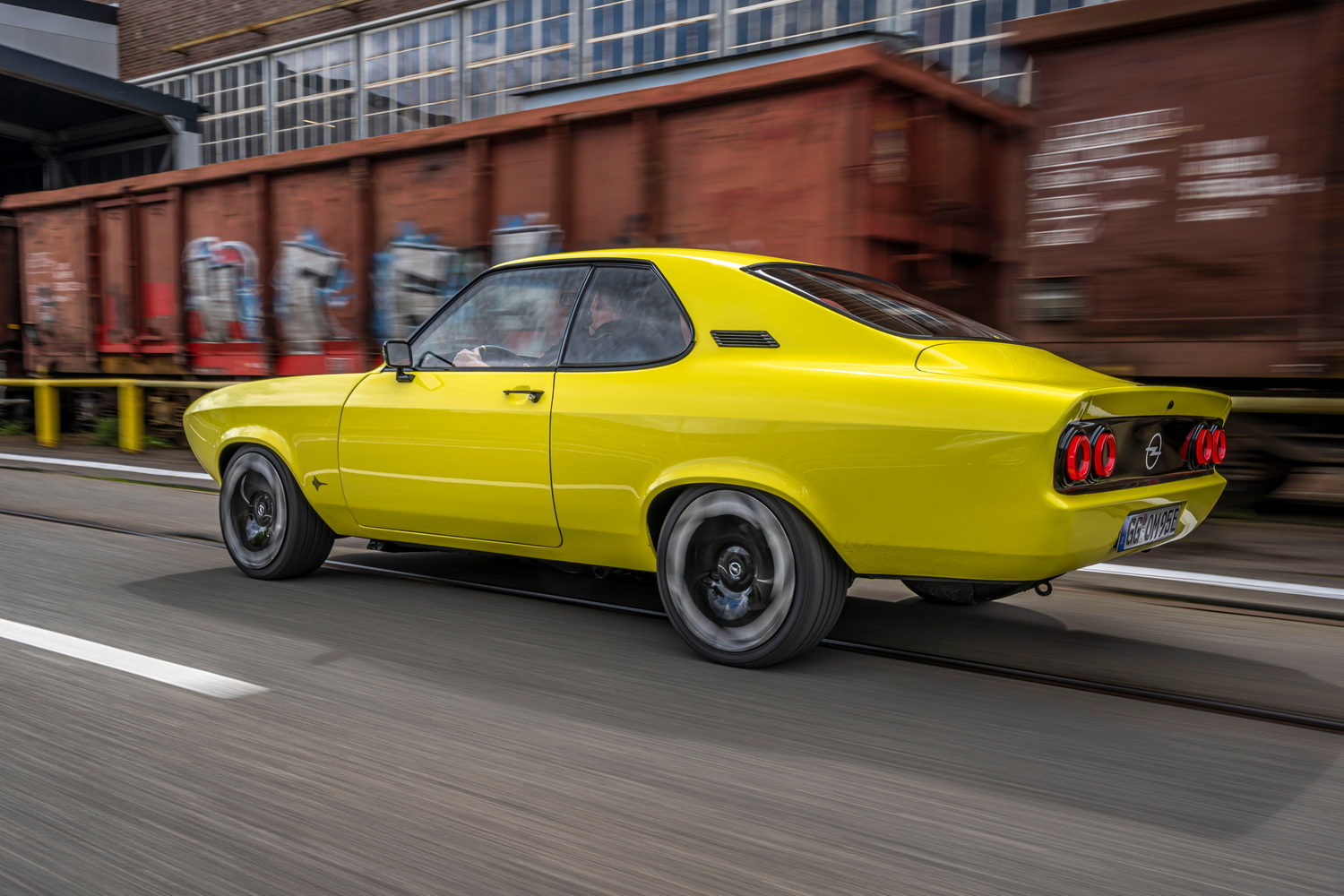 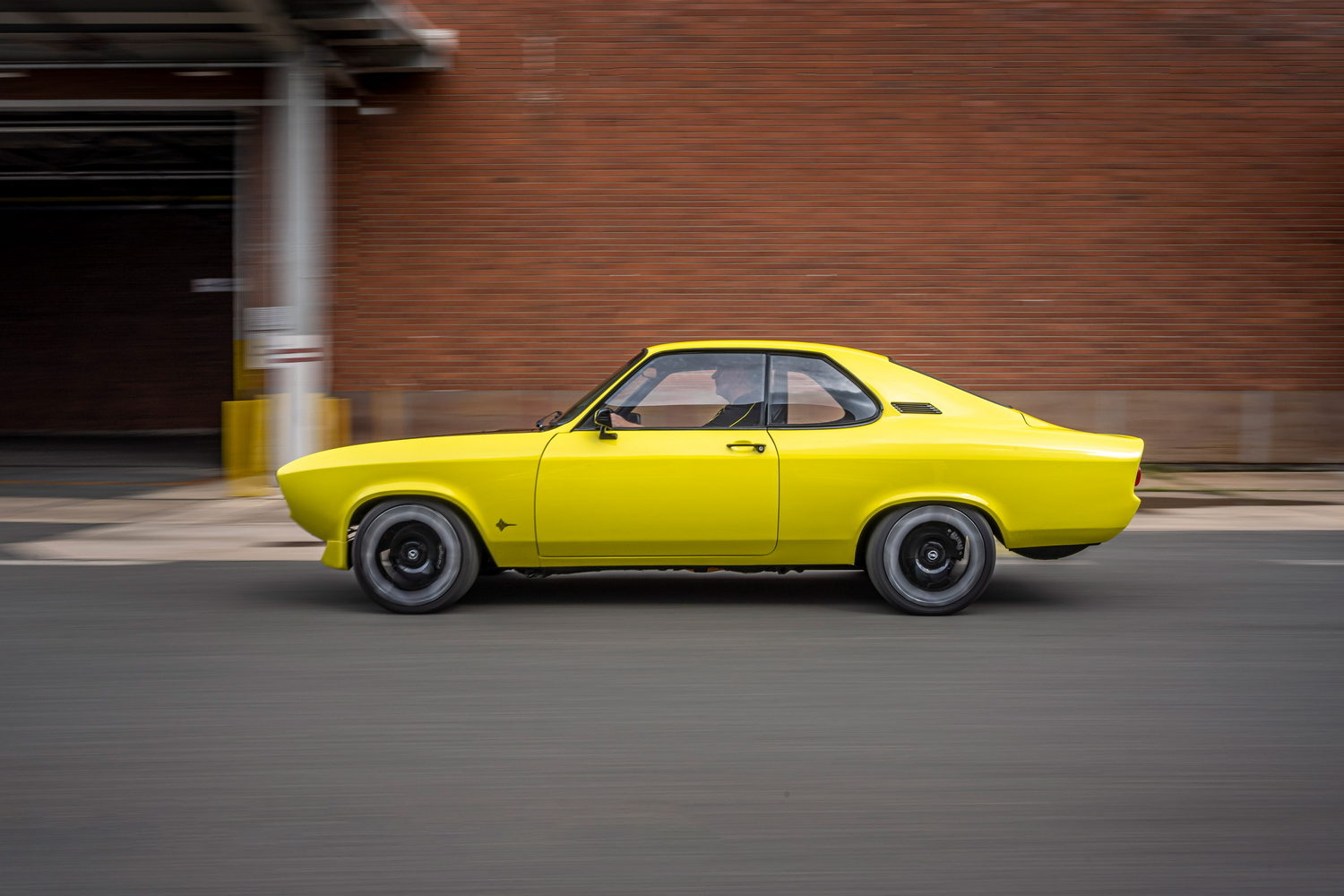 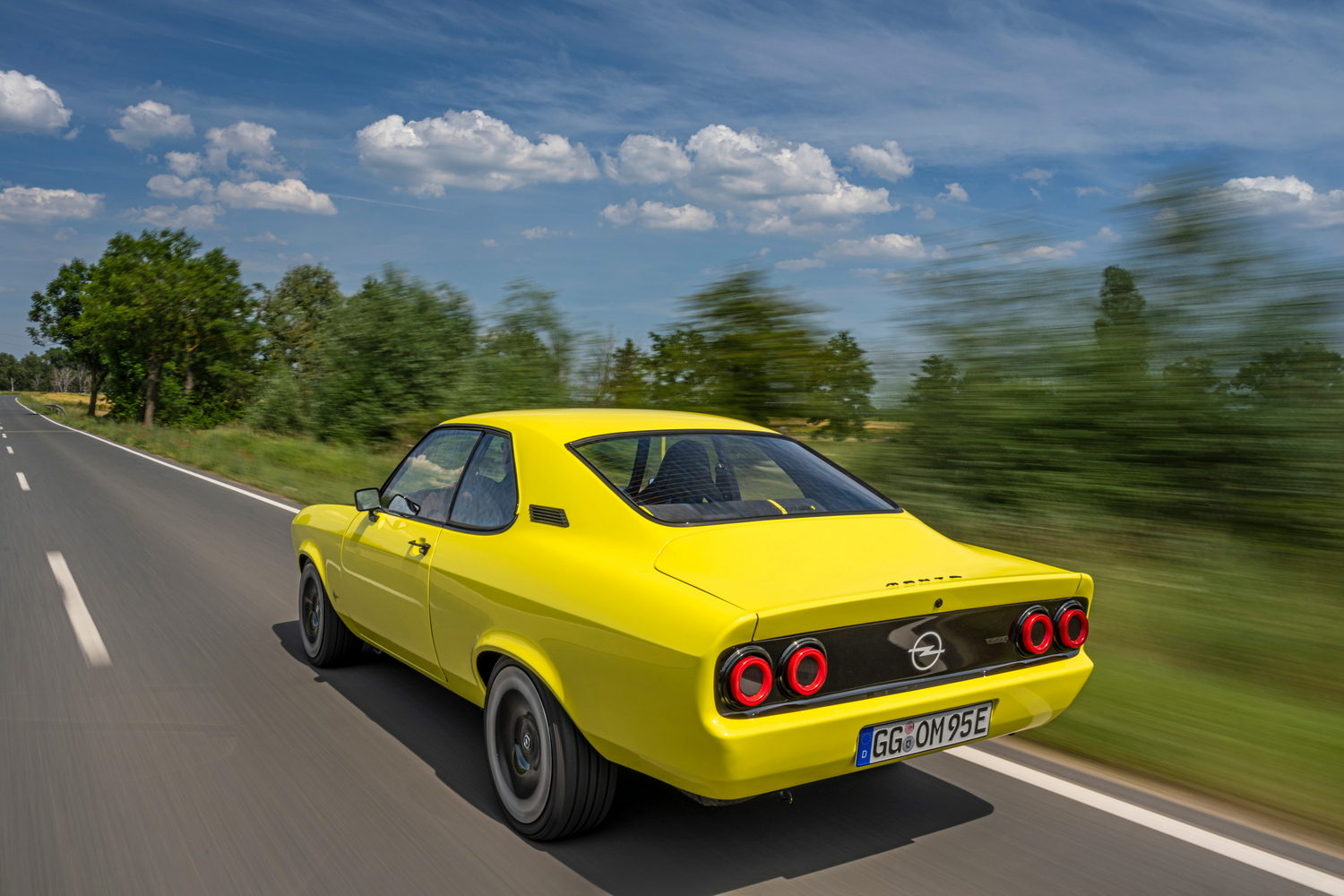 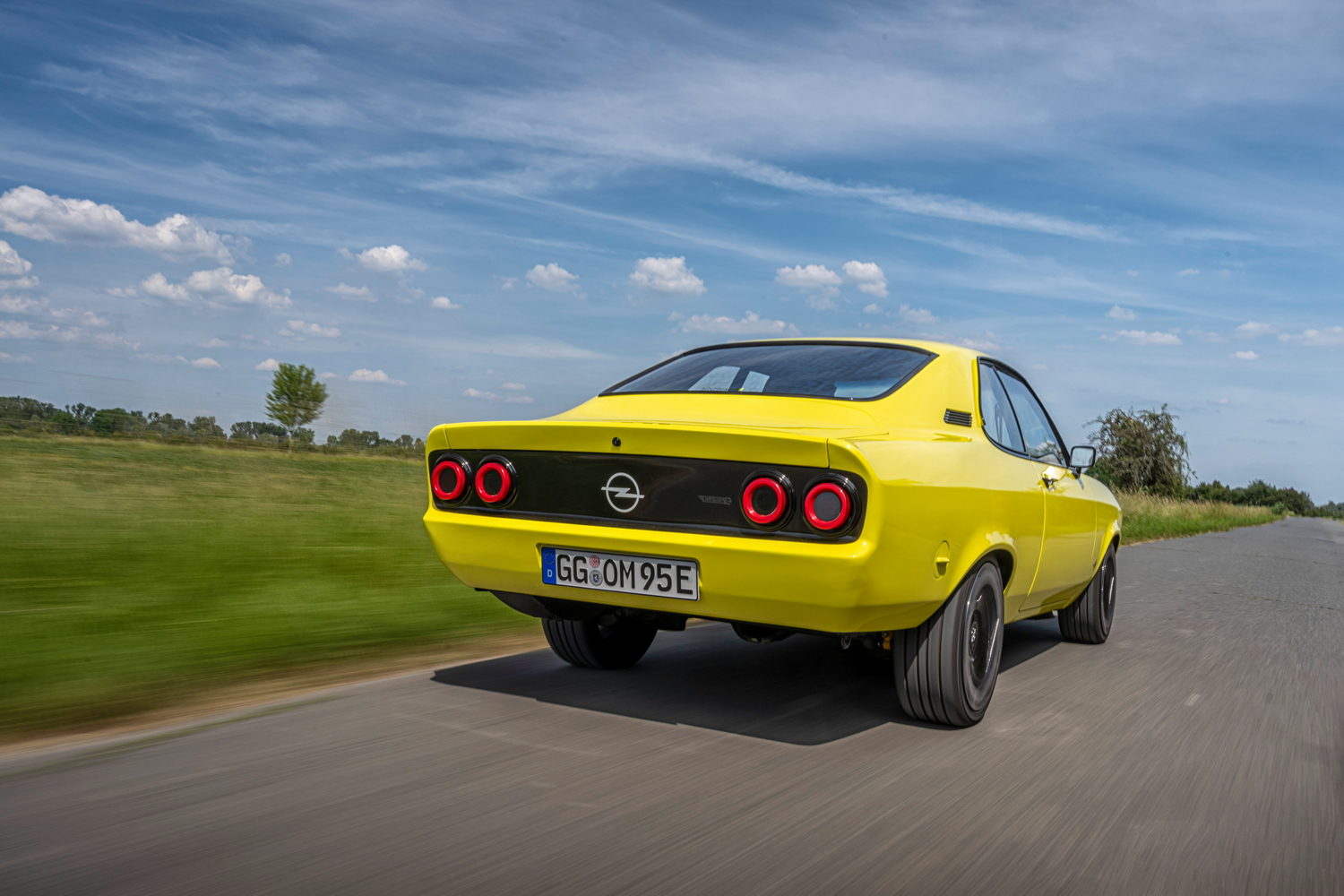 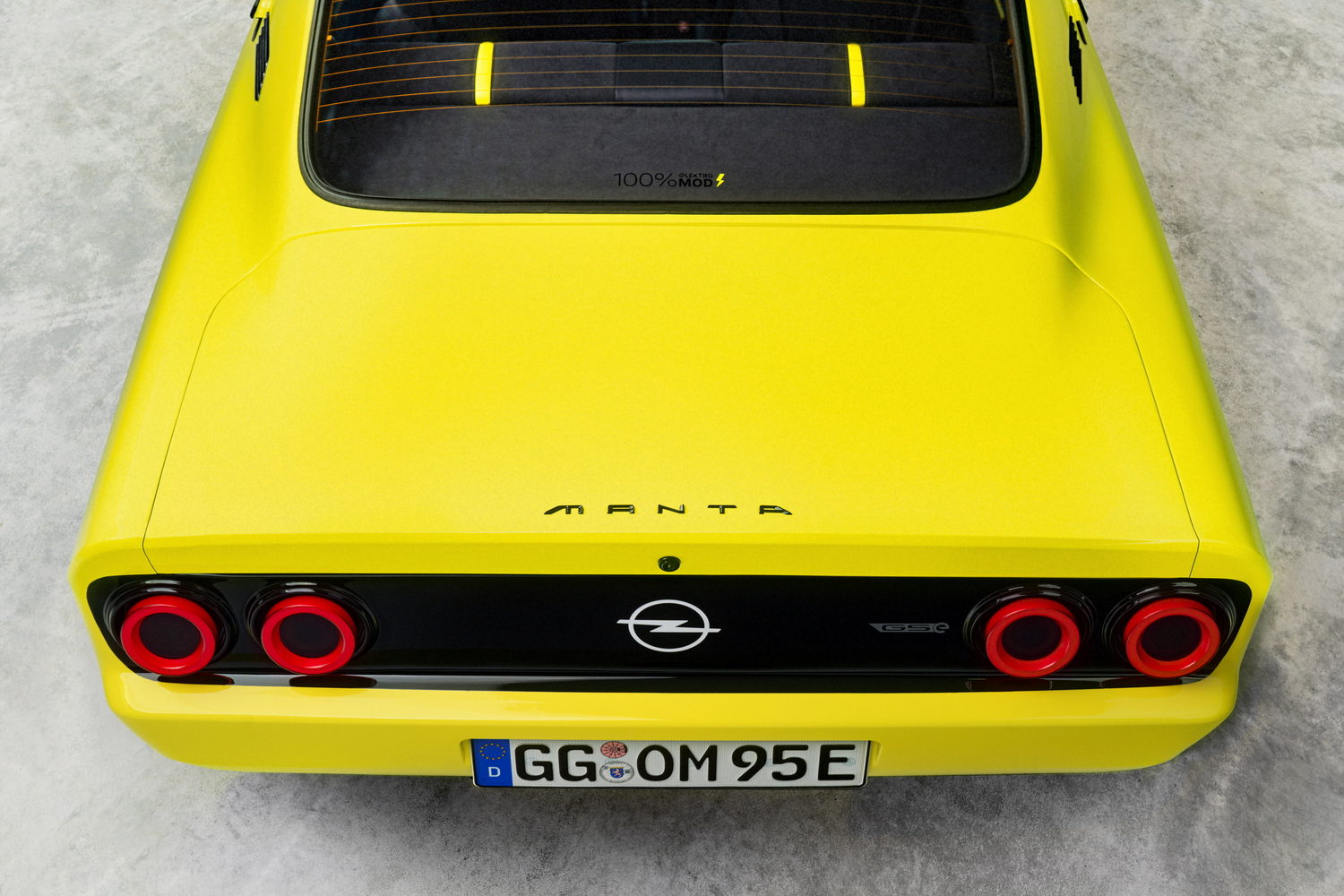 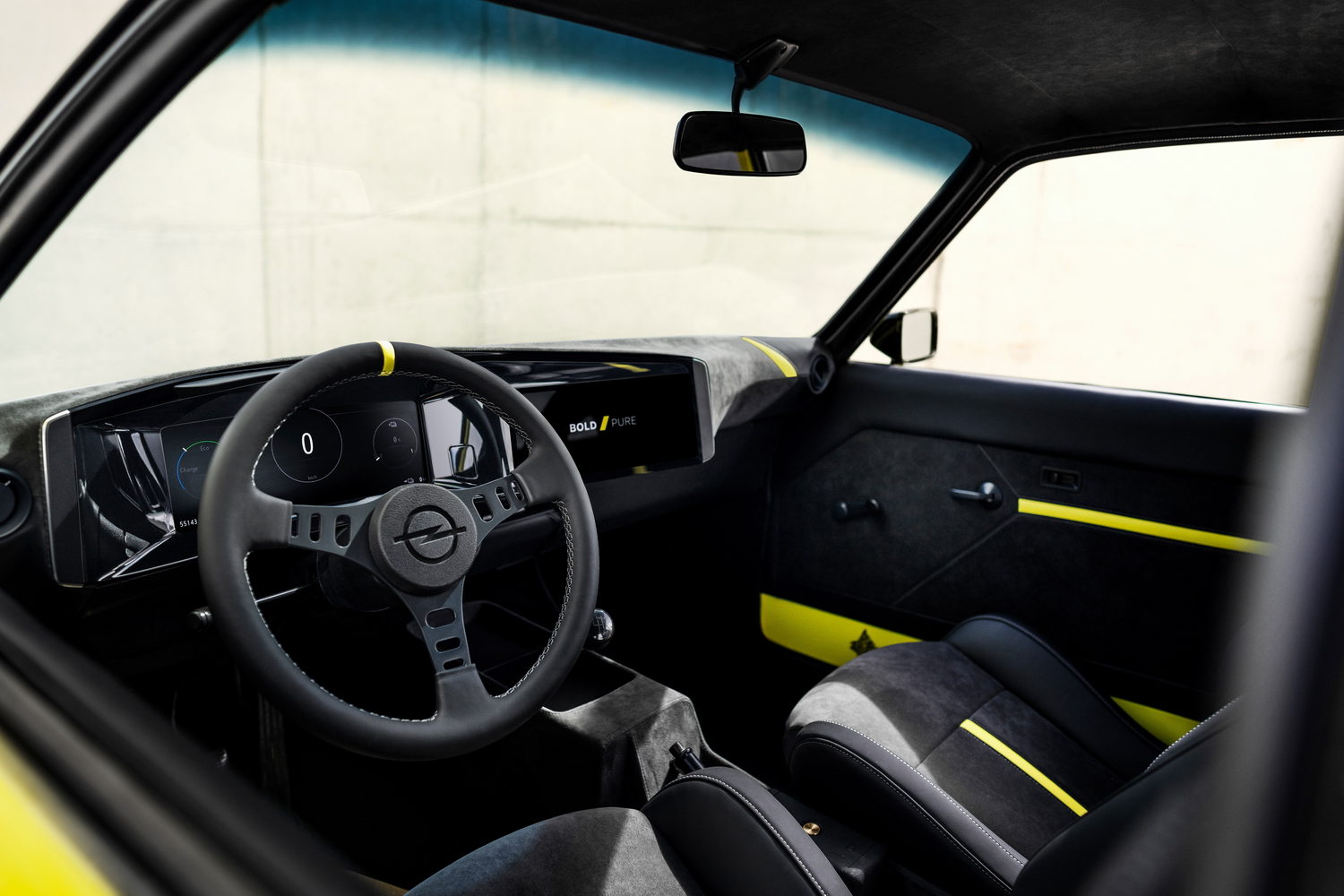 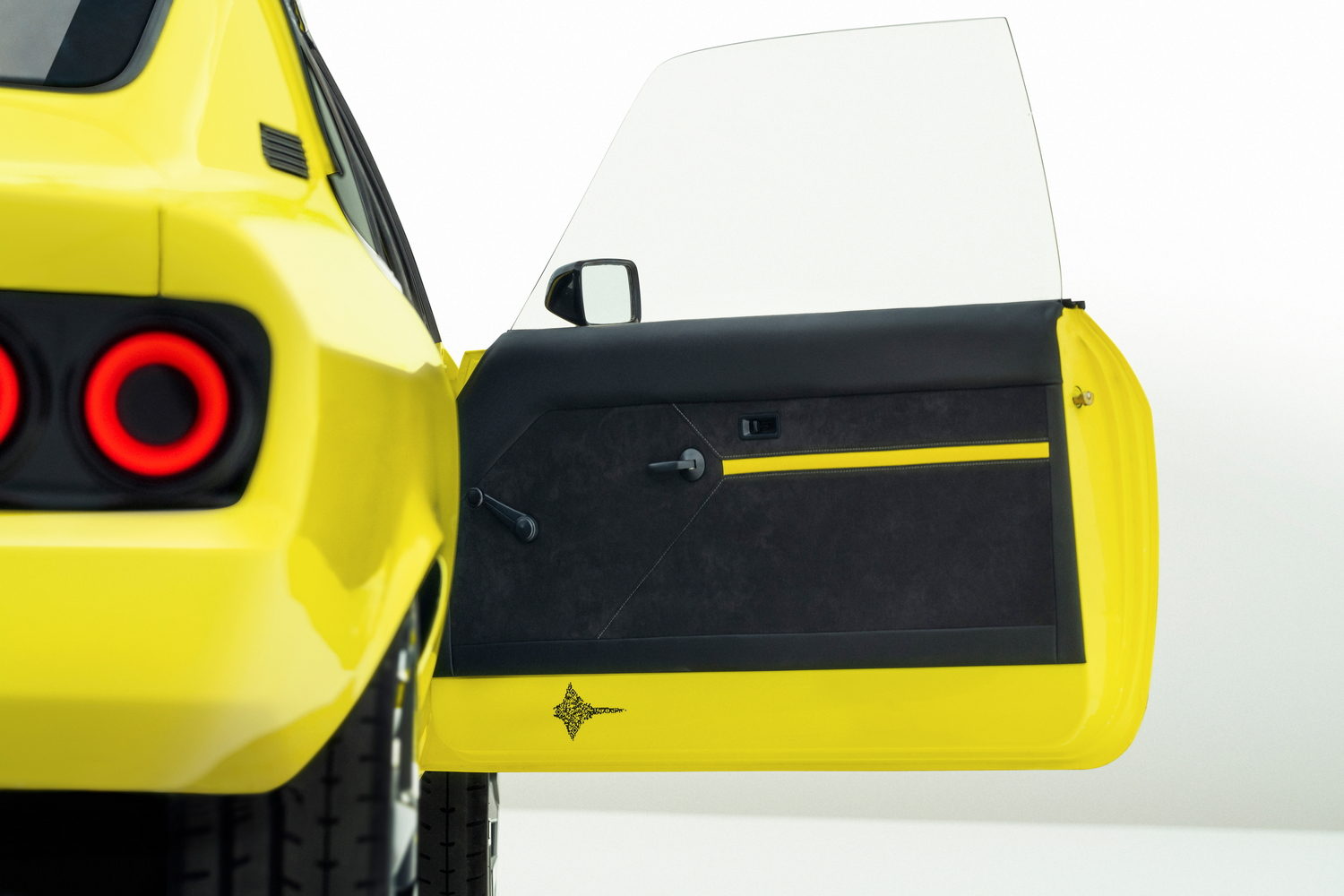 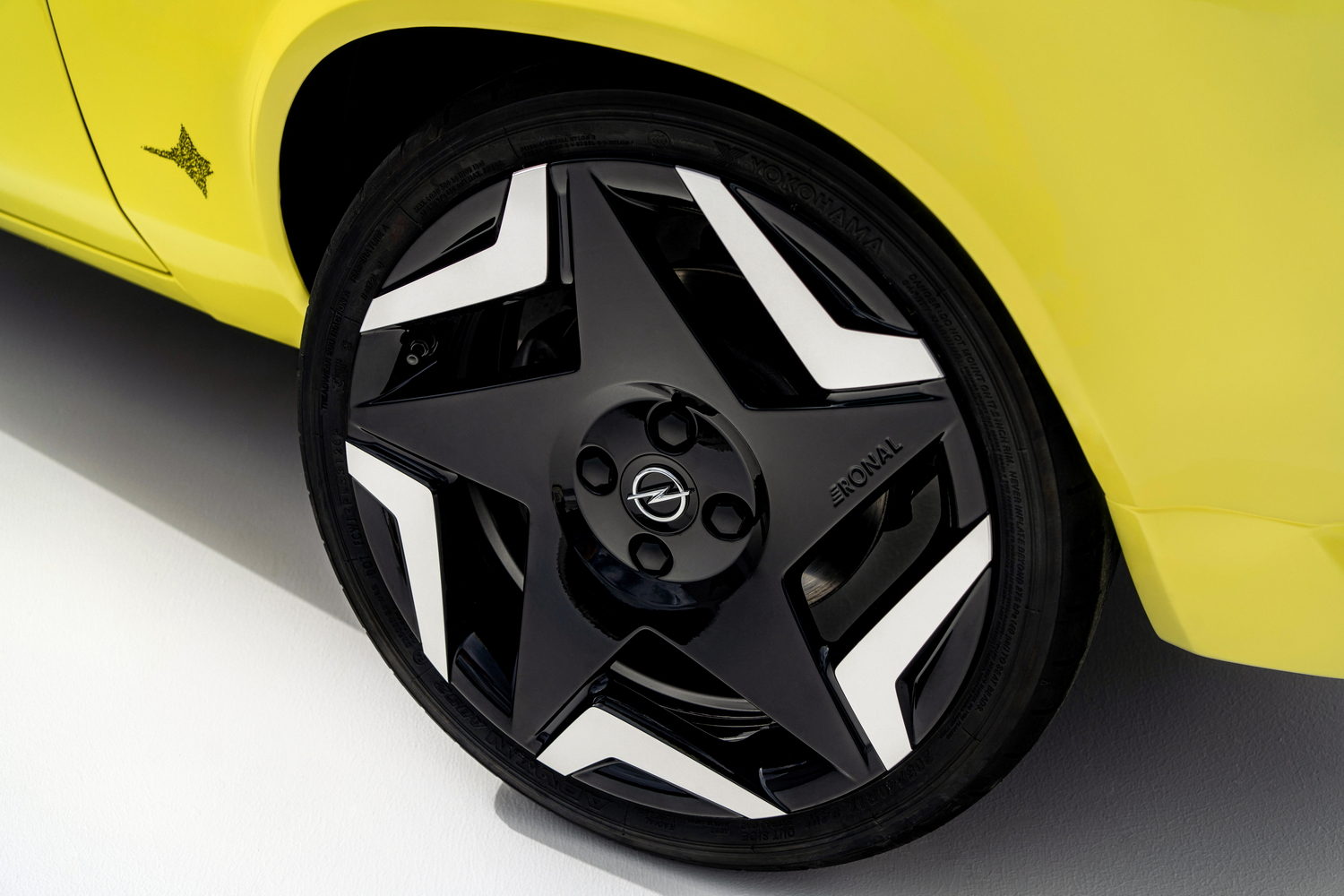 The Opel Manta GSe ElektroMod is a modest and tasteful approach to electrifying a classic.

At first glance it's easy to consider the Opel Manta GSe ElektroMod as nothing more than a fanciful design study or concept car ready to pose on a motor show stand. Except this is a proper, road-legal electric conversion that's been done right.

There's quite a back story to how the Opel Manta GSe came to be, and it almost never happened. Privately purchased in 1974, this particular car was driven and cherished for 14 years before, unusually, being gifted back to Opel. Since then it resided in the company's heritage collection as something of a rarity on account of its rust-free bodywork and automatic transmission.

As can be the case with such collections, from time to time they need thinning out, and the Manta came up for review. A decision to spare it was made, but only to be reborn as a fully electric car.

Work set about to create the 'ElektroMod' starting with the removal of the original running gear and interior. Rather than using an off-the-shelf battery pack from the Opel Corsa-e or Mokka-e, the team fitted a custom 31kWh battery. As the engineers couldn't place it within the car's floor, as is typically the case with production EVs, it is installed upright at the rear of the boot, directly behind the rear seats. This placement helped retain an acceptable weight balance in the Manta, which now tips the scales at 1,137kg - an overall increase of approximately 175kg over the original.

The design team utilised the original fuel filler cap location as the battery charge port. However, due to the lack of thermal management for the battery, only slower AC charging is possible.

The most noticeable of the exterior design changes is the installation of a digital 'Vizor' grille. A gloss black panel hides the main headlights from sight until they are activated, leaving only the LED daytime running lights visible. When the Manta is parked, the digital panel within displays various messages and statements about the car and electromobility. Once the car begins driving, only a digital representation of the Opel 'Blitz' logo is shown.

A set of bespoke wheels produced by Ronal and revised suspension ensure that the Mantra GSe sits right, while the removal of all chrome from the car in favour of gloss black means works exceptionally well with the neon yellow paintwork. Similar treatment to the rear of the car sees modern ring-shaped LED taillights set within a gloss black panel. With no bumpers, it has a much cleaner and more contemporary look. The typeface of the badge on the rear is a further hint to the revival of the Manta name, expected in 2025.

Thumbing the cylindrical button to pop open the door reveals a thoroughly modernised cabin featuring the dual-screen layout from the Mokka. Bucket seats from the Adam S support a low-slung driving position, and the interior is upholstered in a mix of leather and Alcantara. Flashes of yellow on the dashboard, seats and twelve o'clock marker on the steering wheel tie the exterior and interior nicely together. But the most conspicuous feature in the Manta ElektroMod is the four-speed manual gear shifter. No, it's not there for show; this is a fully functioning manual electric sports car.

The first thing you're probably thinking is, "how does a manual electric car work?" Well, it's no different to a combustion-engined manual car. There is still a clutch pedal for changing gears, but if you roll up to a stop in gear there is no need to open the clutch. Doing so takes a little getting used to.

Considering the performance possibilities with the Manta, the Opel team exercised some restraint by fitting an electric motor with only 147hp. Still, much of the original car's litheness remains. The power-to-weight ratio results in a rewarding drive that still requires a degree of effort from the driver. There is sufficient torque from the motor to use second gear when pulling away. The shifter's shallow angle calls for some initial care and attention as the shift across the gate to third isn't that precise by modern standards as it slots softly into gear. Having a manual gearbox means more involvement, even if third gear will cover the majority of scenarios. You tend to change gears with more frequency because you can. The Manta settles into a comfortable cruise in fourth gear with seemingly sufficient power still in reserve for open stretches of road.

A thorough re-working of the suspension results in a comfortable ride, yet it still very much feels like a classic car both in how it handles and steers - and how it brakes. Even though the car's braking system received an upgrade, including the fitment of discs on the rear, replacing the original drums, there isn't the immediate bite one might expect from a modern setup. There is a degree of energy regeneration when lifting off the accelerator that restores some charge to the battery; however, this stops well short of being a one-pedal driving sensation. The unassisted steering weights up off-centre to give decent feedback through corners, resulting in a sweet-handling car that delivers its most rewarding drive on twisting backroads.

Despite many serious enquiries from enthusiasts, the Opel Manta GSe ElektroMod is set to remain a strict one-off. Opel is remaining tight-lipped on how much it cost to build, but it was undoubtedly not cheap to do. Still, it shows that it is possible and it could be done by others for less outlay if the fancy Vizor digital grille and dual-screen dashboard layout were omitted.

It's easy to be sceptical about converting a classic car to electric power, but time behind the wheel of the Opel Manta GSe ElektroMod reveals that it's quite an enjoyable experience and, with some considerate mechanical changes, doing so can breathe new life into an old classic. Some purists will disagree, but electrifying classics could earn cars like the Manta a whole new generation of fans.