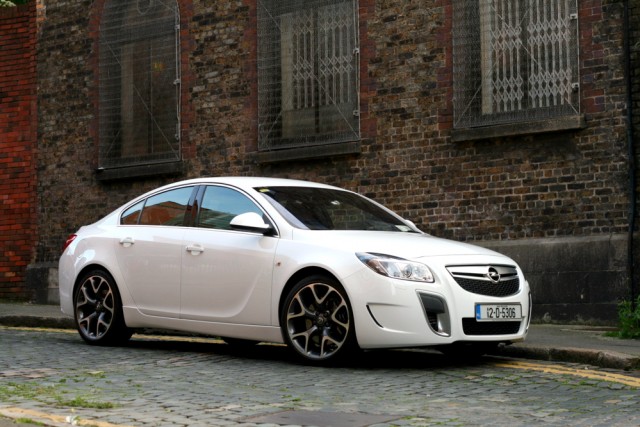 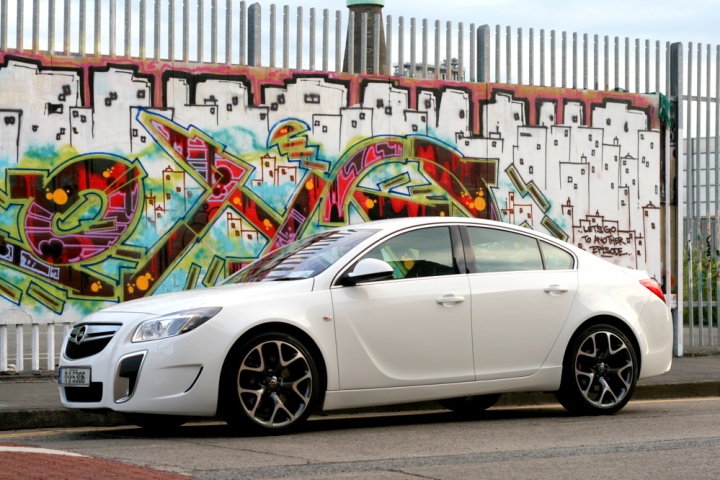 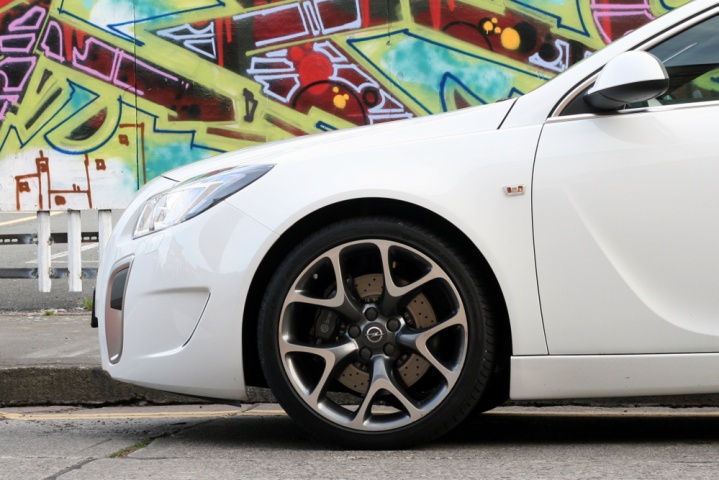 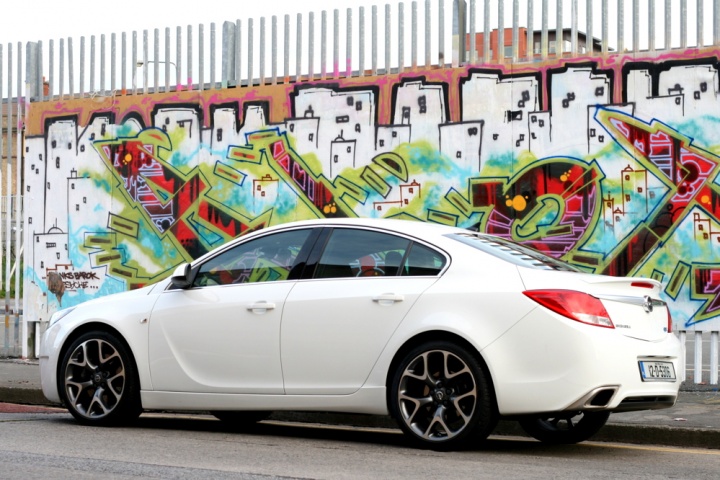 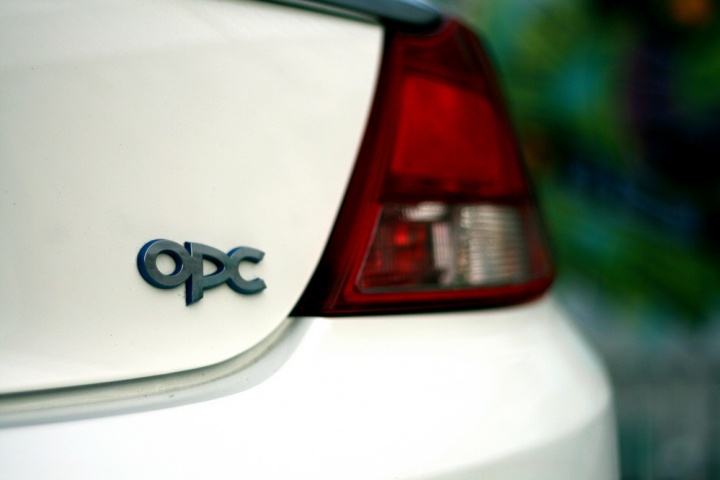 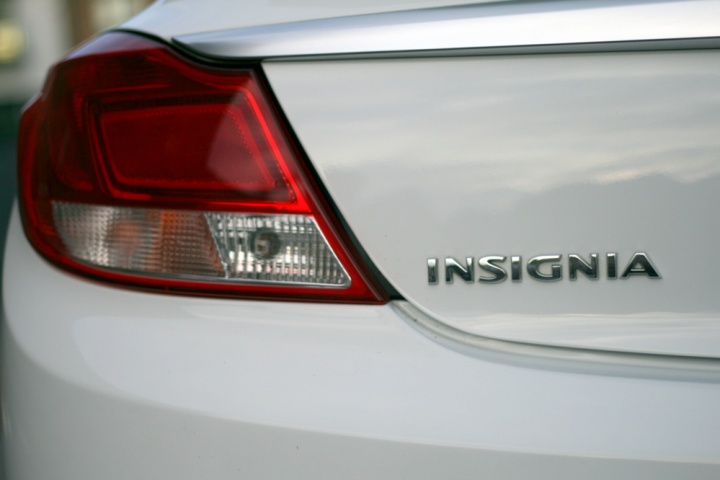 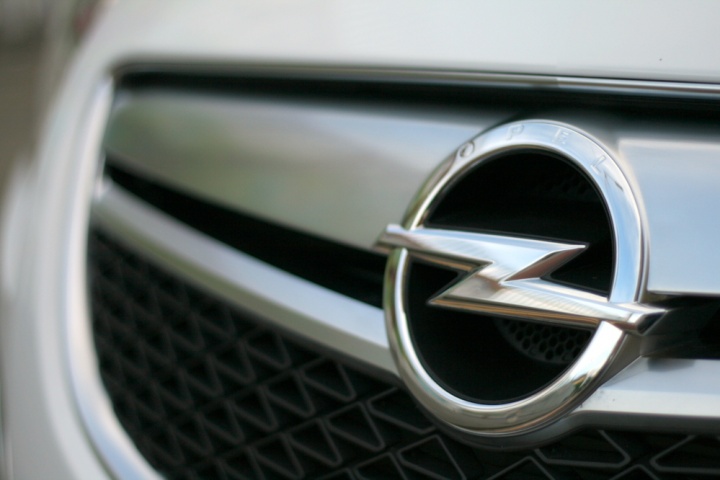 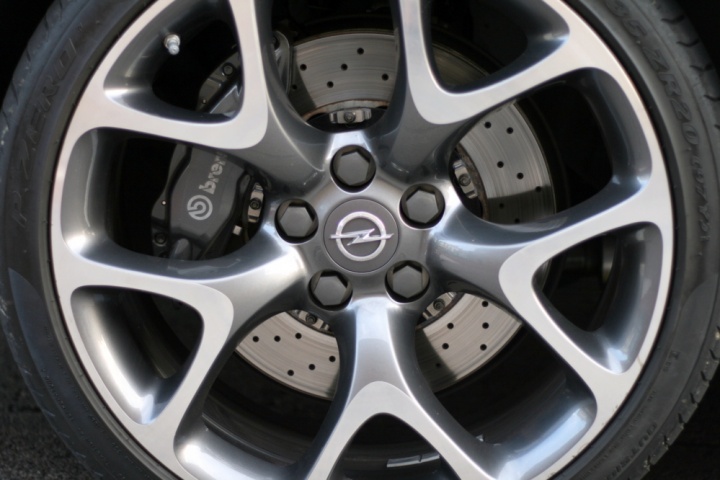 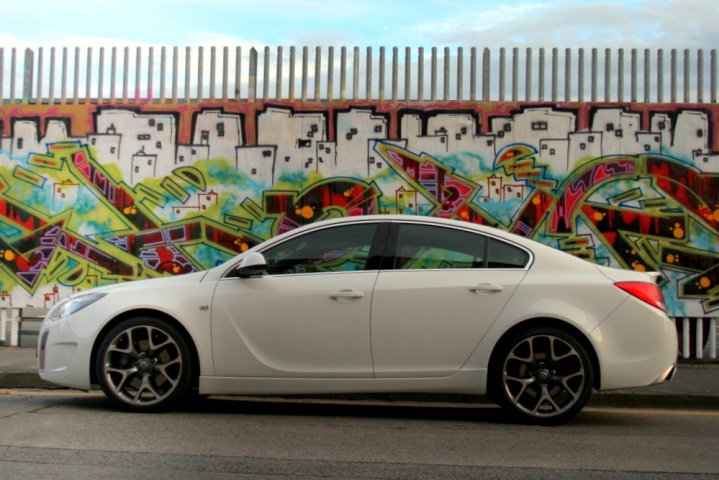 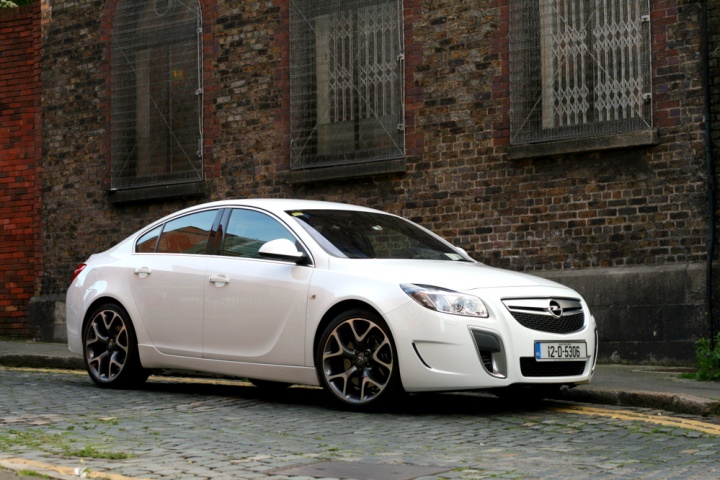 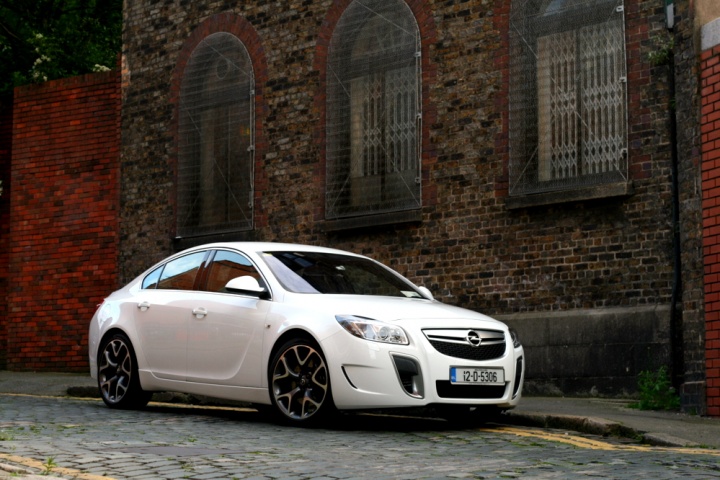 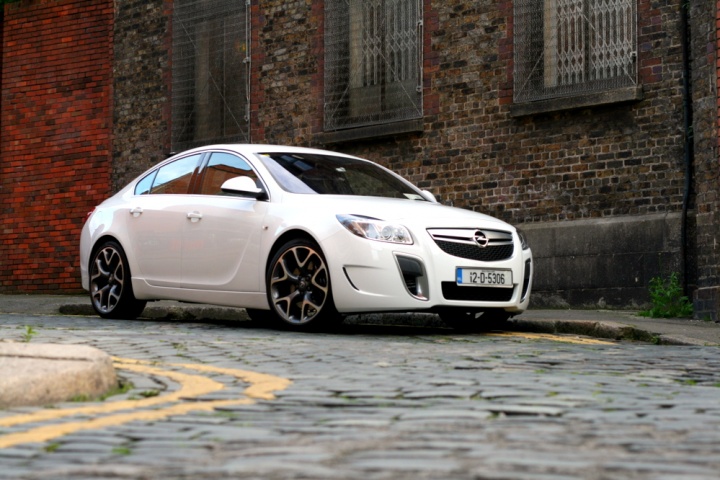 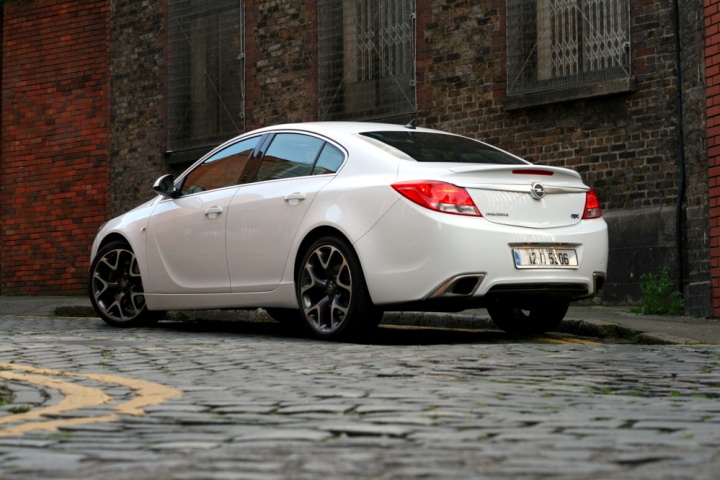 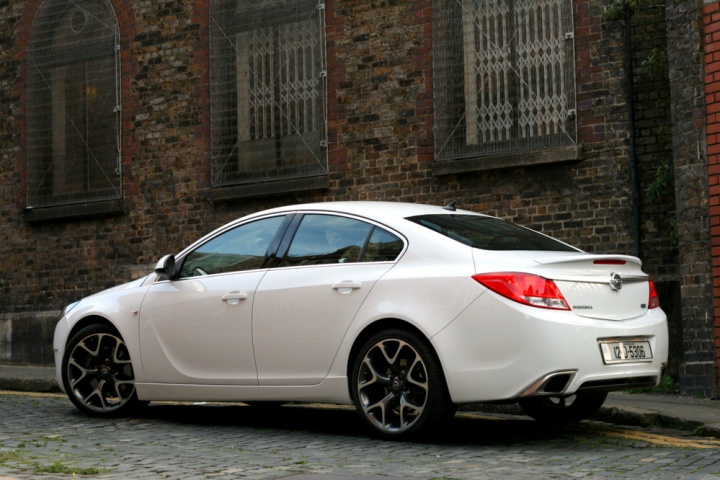 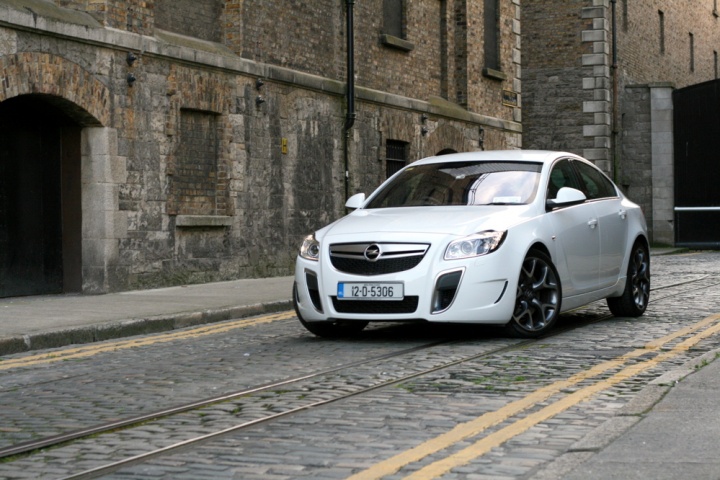 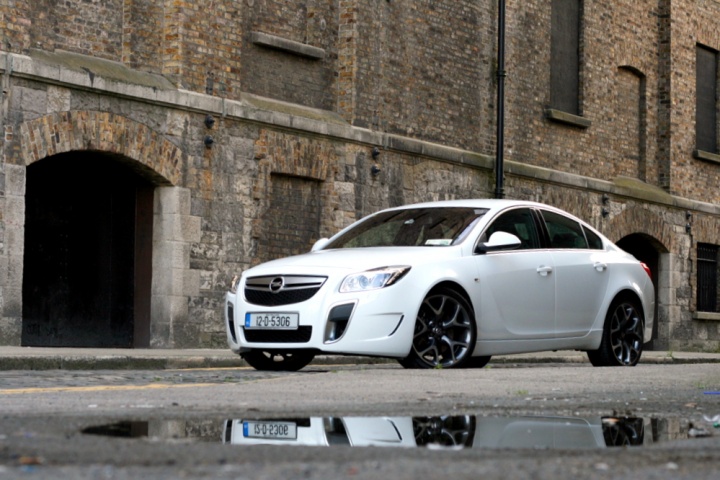 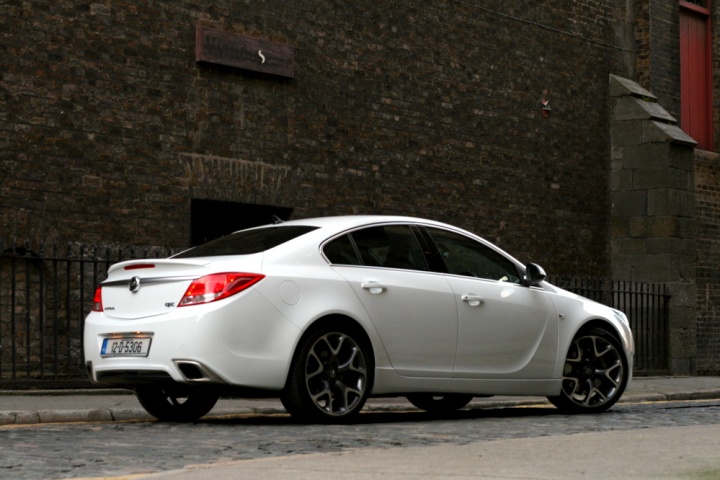 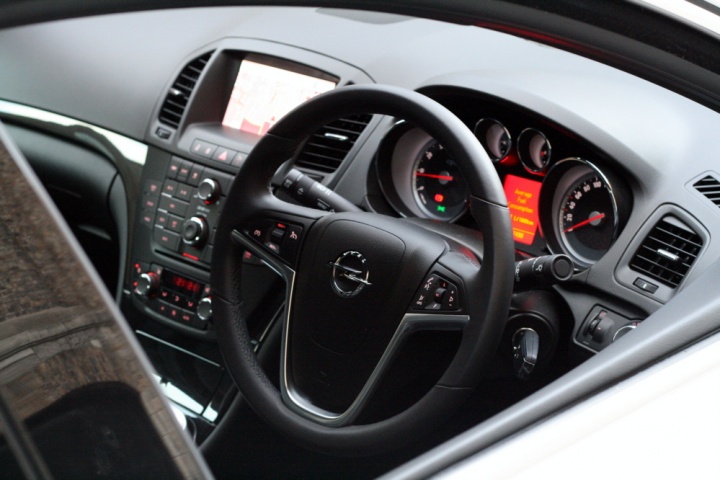 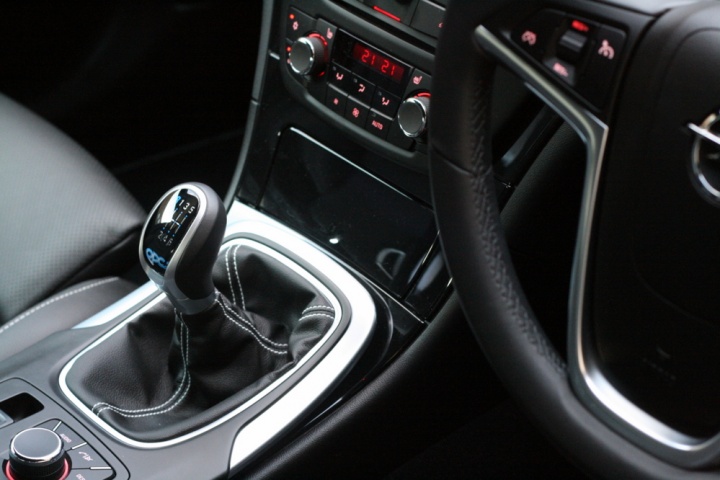 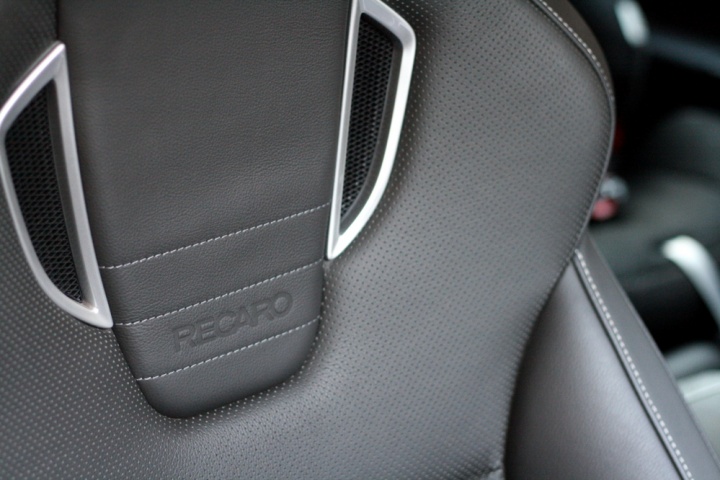 Fancy a fast sports saloon that puts a smile on your face? Bet you didn't think of the Opel Insignia OPC.

Obviously the market for high-performance sports saloons is a small one in Ireland and it's one where buyers are more often lead by the heart than their heads. That's just the sort of customer Opel is targeting with the 325hp OPC. In spite of its flaws, we can't help but love the fact that this turbocharged, four-wheel drive Insignia exists.

On collecting the test car I was initially disappointed that it was white and not one of the more lurid OPC-specific paint colours available, but by the end of the week it grew on me and it really suits the car. It offsets the dramatic 20-inch alloys to a certain extent (19s are standard), though there's no disguising the aggressive new nose design. From the rear it looks more subtle - big double exhaust outlets aside.

The interior is nicely differentiated from other Insignias by a pair of fantastic Recaro sports seats up front - and a smattering of OPC badges. While the excellent seats are standard, leather trim is not, though it certainly lifts the Insignia's interior to a level more fitting of the price tag. Unfortunately, the satnav and its screen are woefully out of date and the steering wheel is too large for our liking.

As out of touch with reality as the twin-scroll turbocharged 2.8-litre V6 engine is, you can't help but love it. A rumble at low speeds reminds you that you're not driving an ordinary Insignia, though it's commendably quiet and refined. It revs smoothly to the red line too, and the exhaust note rises accordingly. While being driven quickly it's arguably too quiet, what you can hear is all good - from the characteristic V6 wail to the spooling up of the turbocharger. As you'd hope given the figures above, the performance more than lives up to all of this. Somehow it feels effortless, though keep the throttle open for any length of time and you'll soon reach silly speeds with eye-widening ease. This effect is pronounced if you press the OPC button, which alters the throttle map, giving noticeably more grunt at lower revs.

So why a four out of five rating? It boils down to the transmission. The six-speed gearbox is not especially quick or satisfying to use. Admittedly the characteristics of the engine mean you don't need to rush through the gearbox - even on a twisty road - but it would make it a more complete car.

If you want a highly engaging and adjustable car on the limit then the Insignia OPC is not it - take a look at a rear-driven model instead from one of the other German car makers. However, the OPC's chassis is still remarkably polished. That's partly down to the adaptive damping system, which is acceptably comfortable in its default mode - despite the presence of the 20-inch alloys. There are Sport and OPC modes to choose from too, each firming up the damping and easing back on power steering assistance in distinct steps. Even in OPC mode the car isn't too uncomfortable for the public road, and in this guise it really comes alive.

Body control is truly impressive, but what really stood out is the grip this car finds - even on streaming wet mountain roads. No doubt the combination of four-wheel drive and sticky Pirelli P Zero tyres is to thank for that, but even so we were astounded at the OPC's cross-country pace in poor conditions. It's highly competent and addictive from that point of view, though we'd like a little more steering feel and mid-corner adjustment. We'd also like more of a rear-driven bias from the four-wheel drive system, though ultimately it's safe and secure as it is.

Ignoring for a moment that few Irish buyers will even consider the Insignia OPC, the purchase price is not at all bad for what you get in terms of ability and performance. Residuals may not be very strong though, as there's little demand for such vehicles in the used market. If you're buying to keep it a long time that won't be a consideration.

Bear in mind as well that running costs are high. The OPC sits in the highest tax band, costing €2,258 per year, and it guzzles fuel - even when you're not driving quickly. We averaged an eye-watering 17 litres/100km (16.6mpg) in a week - though we avoided the motorway most of the time.

Equipment levels are adequate rather than good. It's shocking that Bluetooth is not included for instance and it's well worth going for the larger alloys and leather interior to get the full OPC experience.