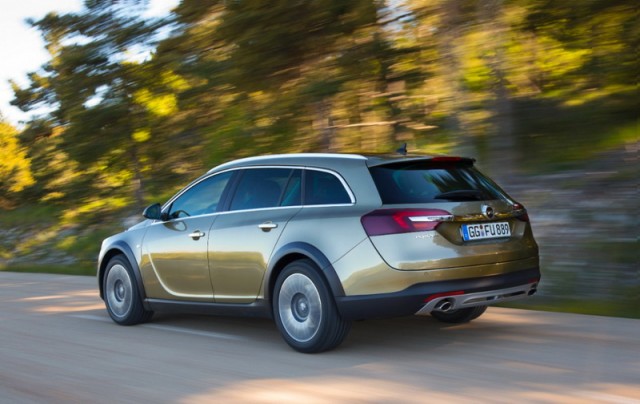 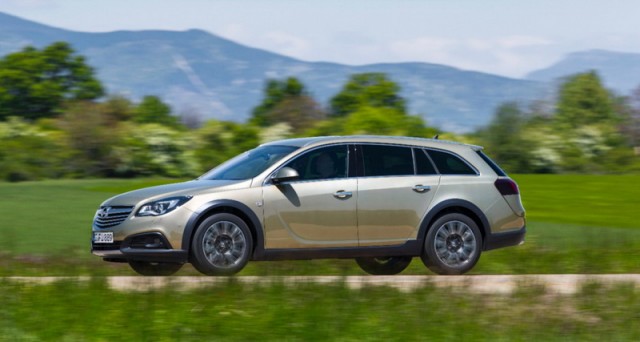 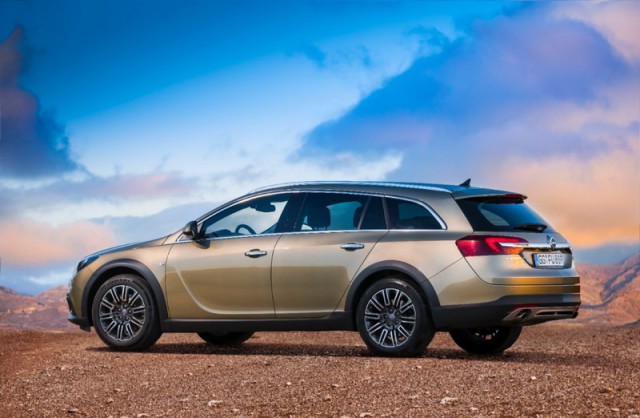 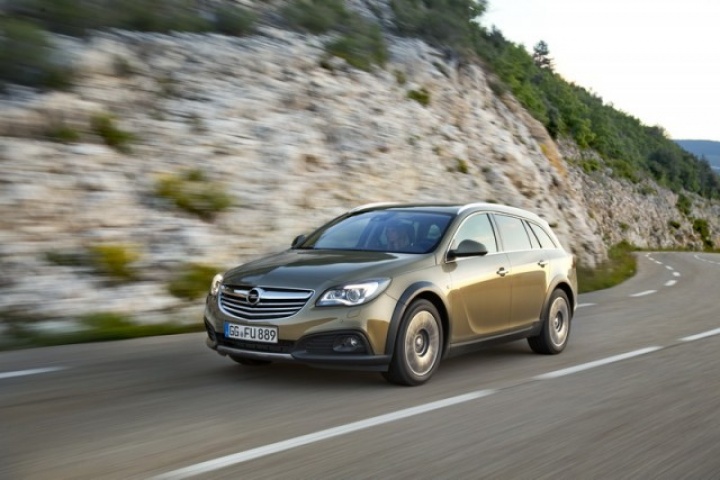 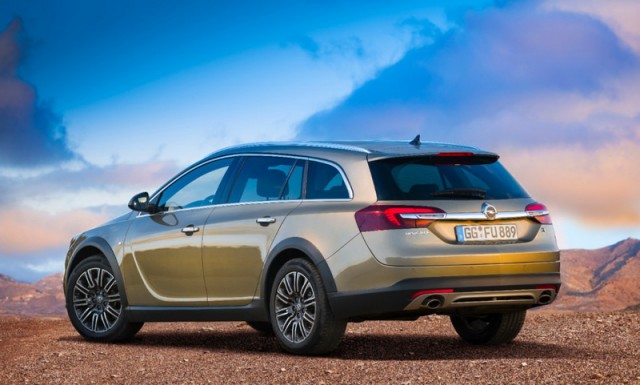 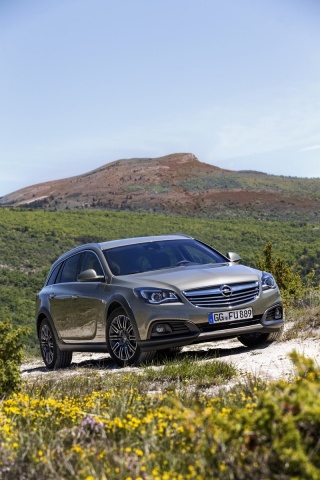 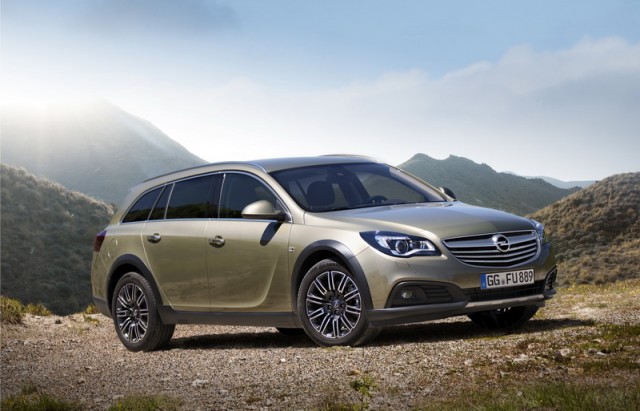 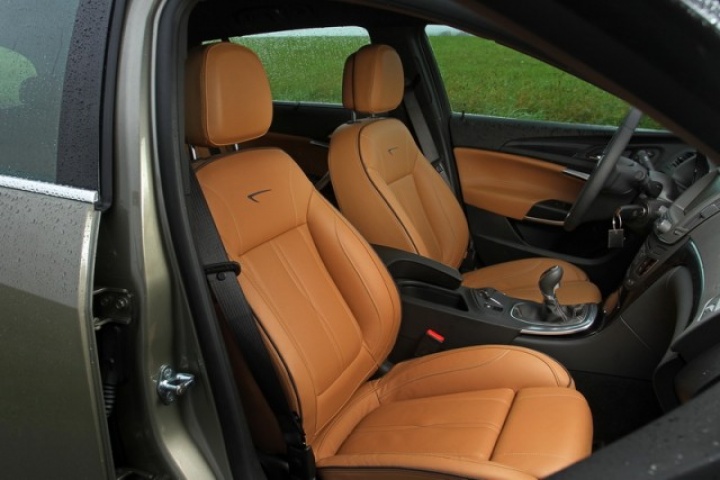 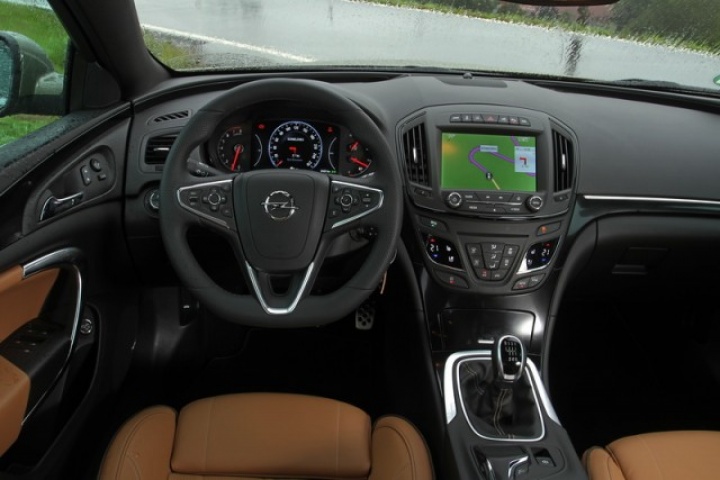 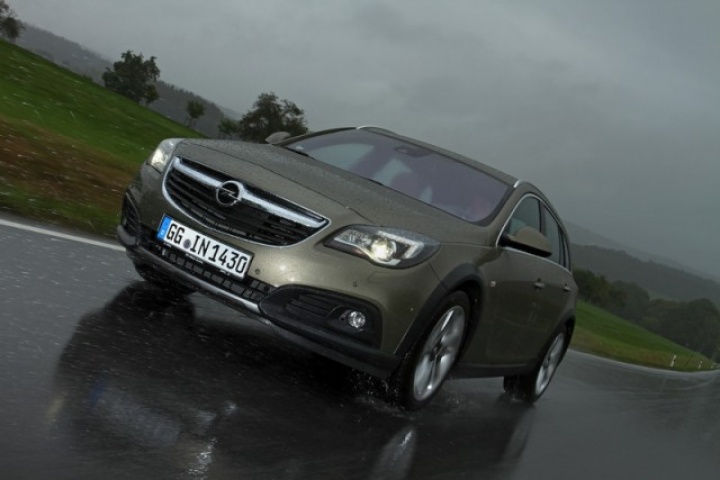 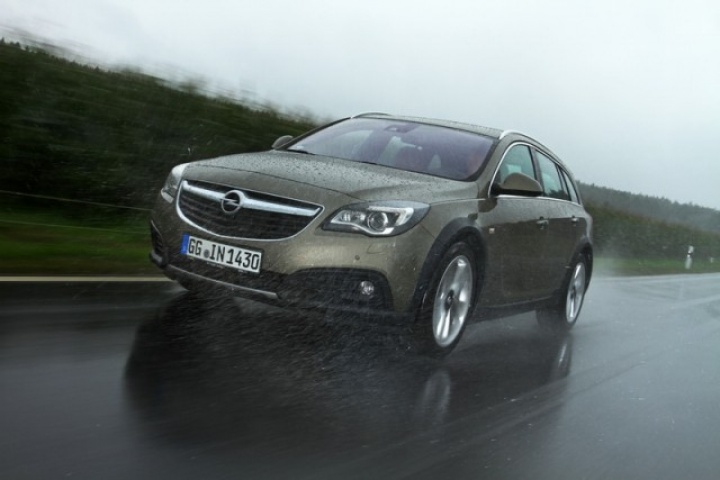 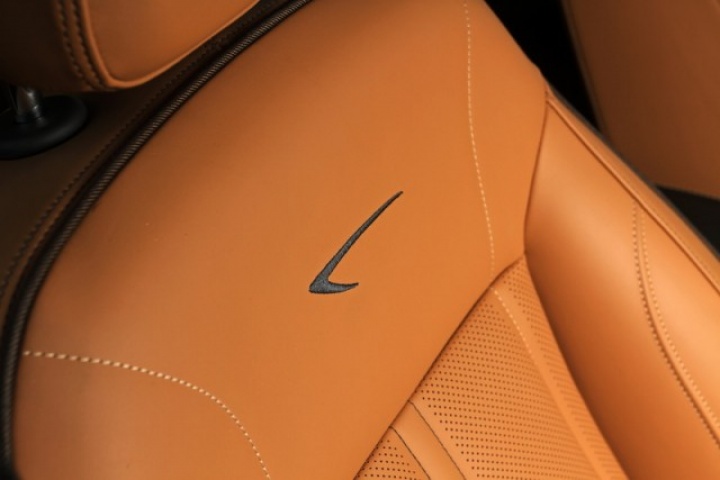 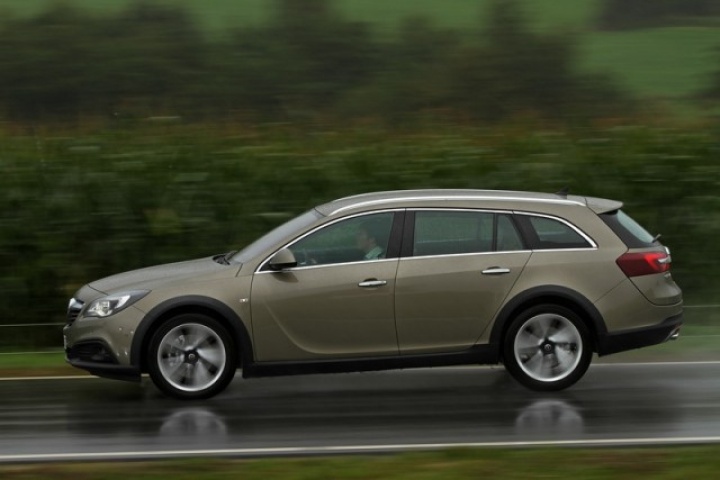 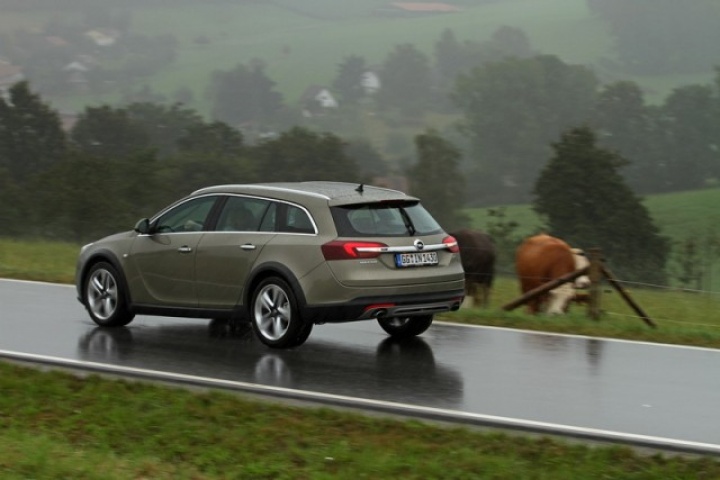 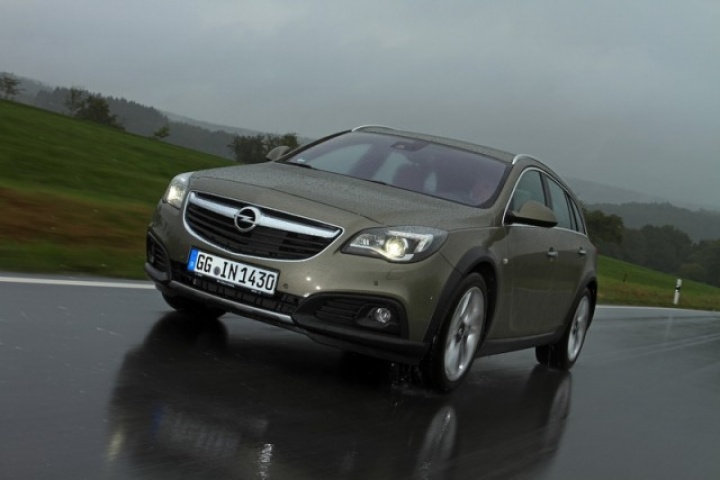 Ever fancied an Opel Insignia estate with more bite? You'll like the 4x4 Country Tourer then.

Sitting atop the revamped Opel Insignia range is a new Country Tourer model, based on the Sports Tourer estate, but with four-wheel drive and a unique look. It extends the Insignia into new territory - rather successfully as it happens.

The new Country Tourer model is clearly based on the Opel Insignia Sports Tourer estate, though it looks suitably different thanks to increased ground clearance, subtle front and rear scuff plates finishing in silver, plus dark plastic body cladding that extends over the wheelarches. Elsewhere the new design cues are retained, including a restyled radiator grille, lights front and rear and that distinctive new chrome strip at the back.

Inside, it's indistinguishable from the regular Insignia estate, so it features the impressive new dashboard and centre console, which is fear more intuitive to use than the button-laden design of the original Insignia. On top of that there's a whole new generation of infotainment systems, including a large degree of customisation. We'll detail some of this in the first drive of the regular Insignia, but overall it's quite a success, at a stroke modernising the cabin. Some of the interfaces, though attractive to look at, are less than satisfying to use - for instance the touch-sensitive buttons for the dual-zone climate control system and the touchpad. Nonetheless, it's still an improvement, and not all cars sold will have these items anyway.

Though none were available for test at this early stage, the Country Tourer will only be offered for sale in Ireland in diesel format. This 2.0-litre SIDI (Spark Ignition Direct Injection - i.e. petrol...) Turbo engine is new as well though and it's a punchy unit with up to 250hp and 400Nm of torque. Somewhat surprisingly it needs to be worked hard to feel as powerful as all that, though it does excel on derestricted sections of German autobahn, as there's rarely any need to change down, even when accelerating back up to speed when dawdling traffic moves over. That's just as well, as we found the six-speed manual gearbox to be quite recalcitrant and not particularly pleasant to use. No doubt a diesel engine will suit this car better.

Engine aside, the Country Tourer applies itself well on the road. It never feels like a high-riding vehicle in terms of stability. There's precious little body roll even when hustling along windy roads and the steering is surprisingly direct and feelsome. Clearly it's no sports saloon, but it's a competent chassis. It's also commendably comfortable. Admittedly German roads are, for the most part, well surfaced, but even so, it impressed us with its ability to soak up bumps in a fuss-free manner. More impressive again was the lack of noise. Even on a streaming wet motorway road noise was all but absent and wind roar kept to a minimum too.

Full pricing will be announced in October and we'll update this article accordingly then. For now all we know is that the Country Tourer is likely to start from just under €25,000. It's expected to be offered in the higher trim levels only and feature either the 165hp 2.0-litre CDTi diesel engine with a manual gearbox or the 195hp BiTurbo version of the same engine with an automatic transmission. Four-wheel drive will be standard, as detailed below.

All Insignia Country Tourers come with full-time four-wheel drive. It's quite a sophisticated system, using a Haldex clutch to apportion torque to the front and rear axle, plus an electronically controlled limited slip differential (eLSD) at the rear to divide up output between the two back wheels. Opel claims that forward propulsion can be maintained even if only one tyre has traction. By default, all engine output is sent to the front wheels in a bid to reduce friction, and hence fuel consumption.

The new Country Tourer is an interesting and worthwhile addition to the Opel Insignia line-up. Many will be attracted to its distinctive looks, but its raised ground clearance and useful four-wheel drive system could be a boon for those that need it most. Best of all, there's little penalty to pay in terms of on-road ability for the extra bits and pieces. Despite the extra cost over a regular Insignia estate it makes for a bargain alternative to similar cars from premium car manufacturers, yet it feels like a premium product.