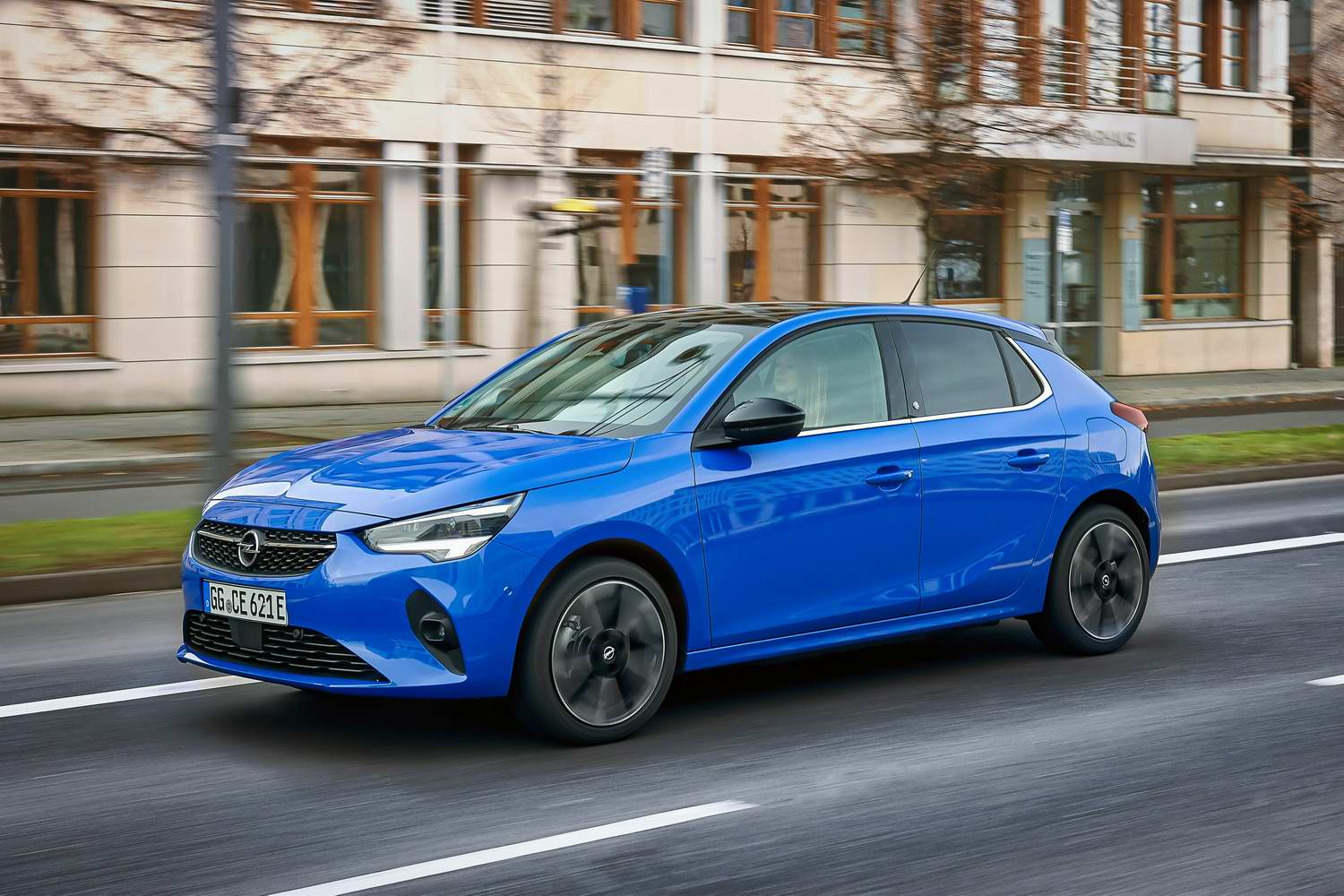 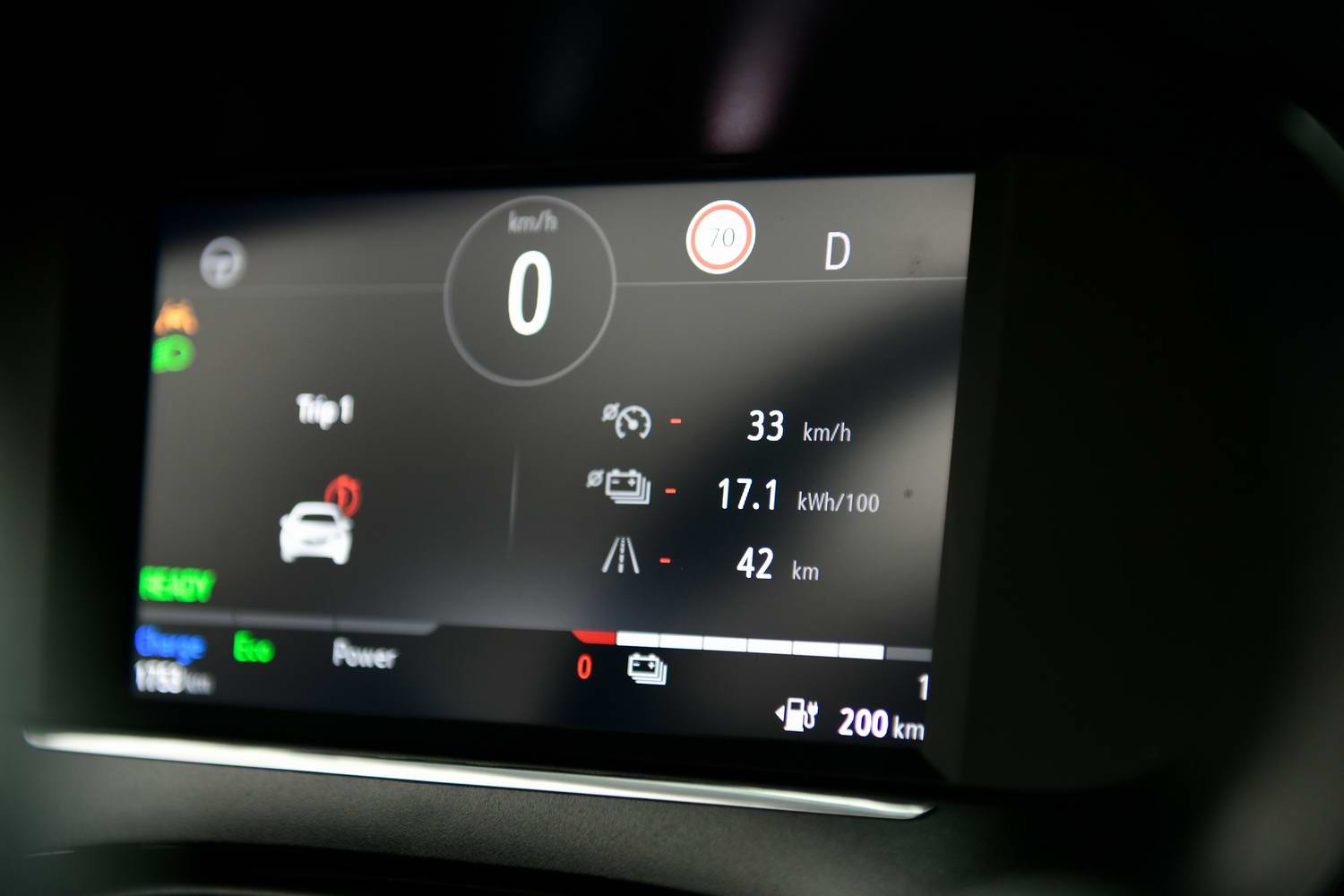 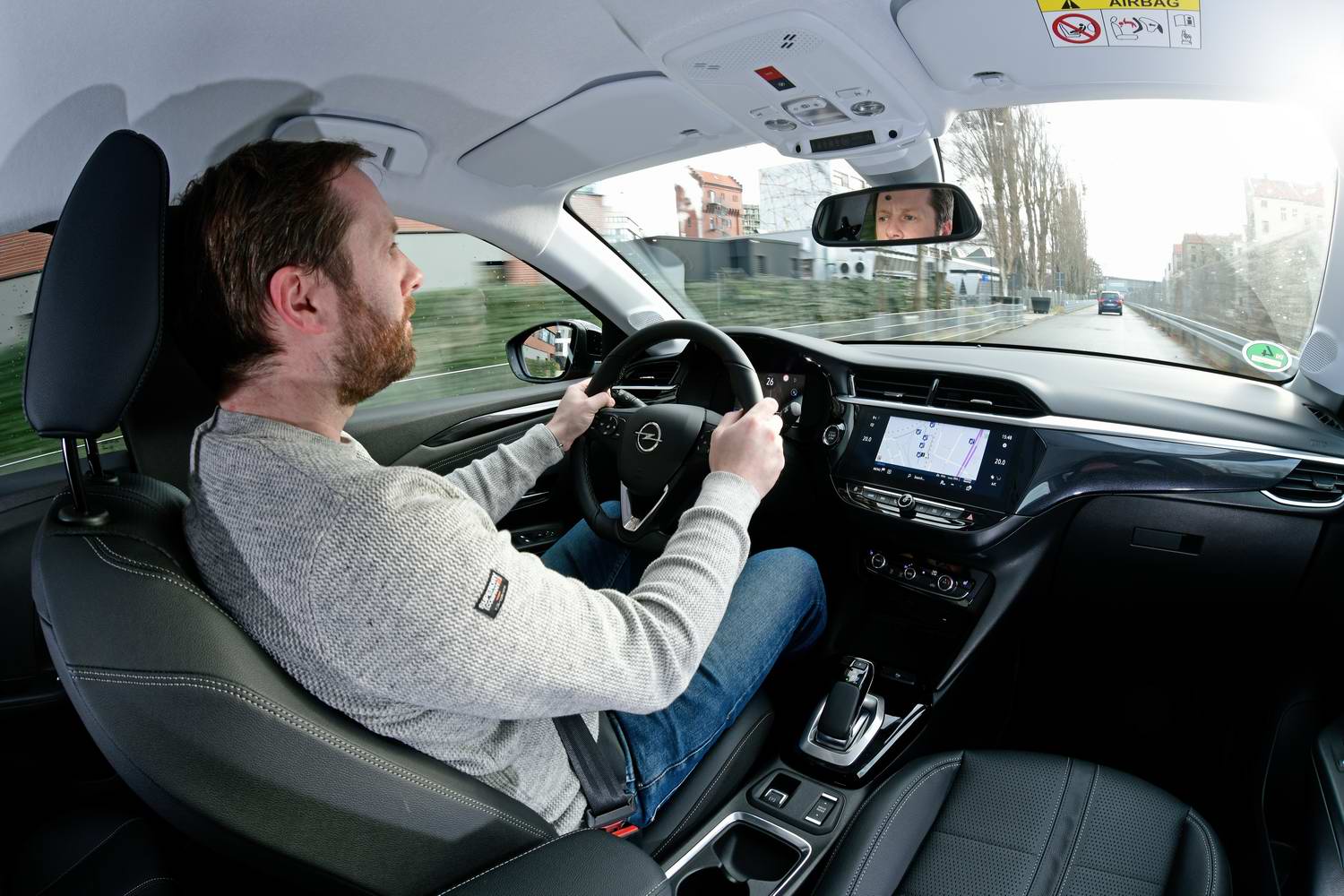 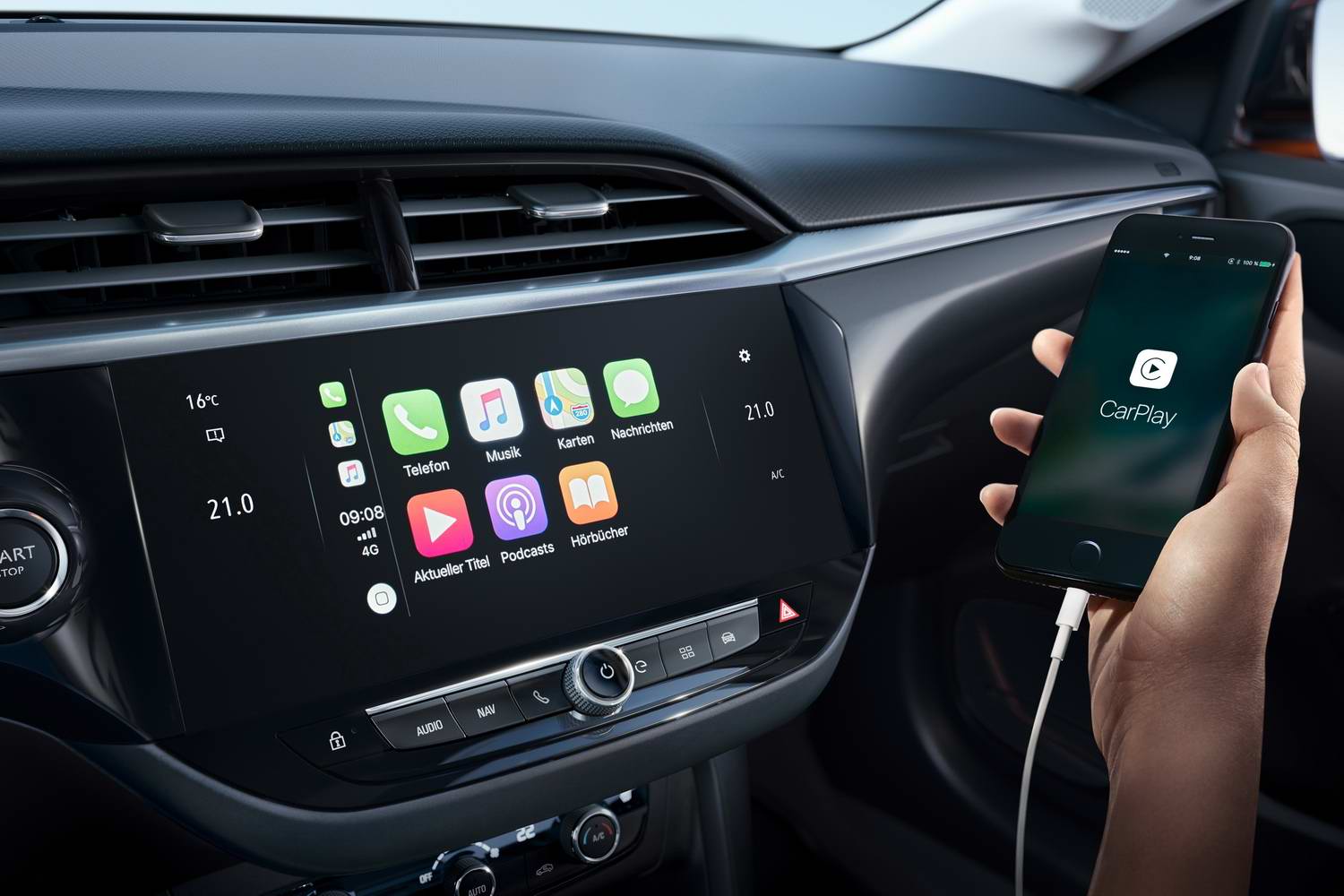 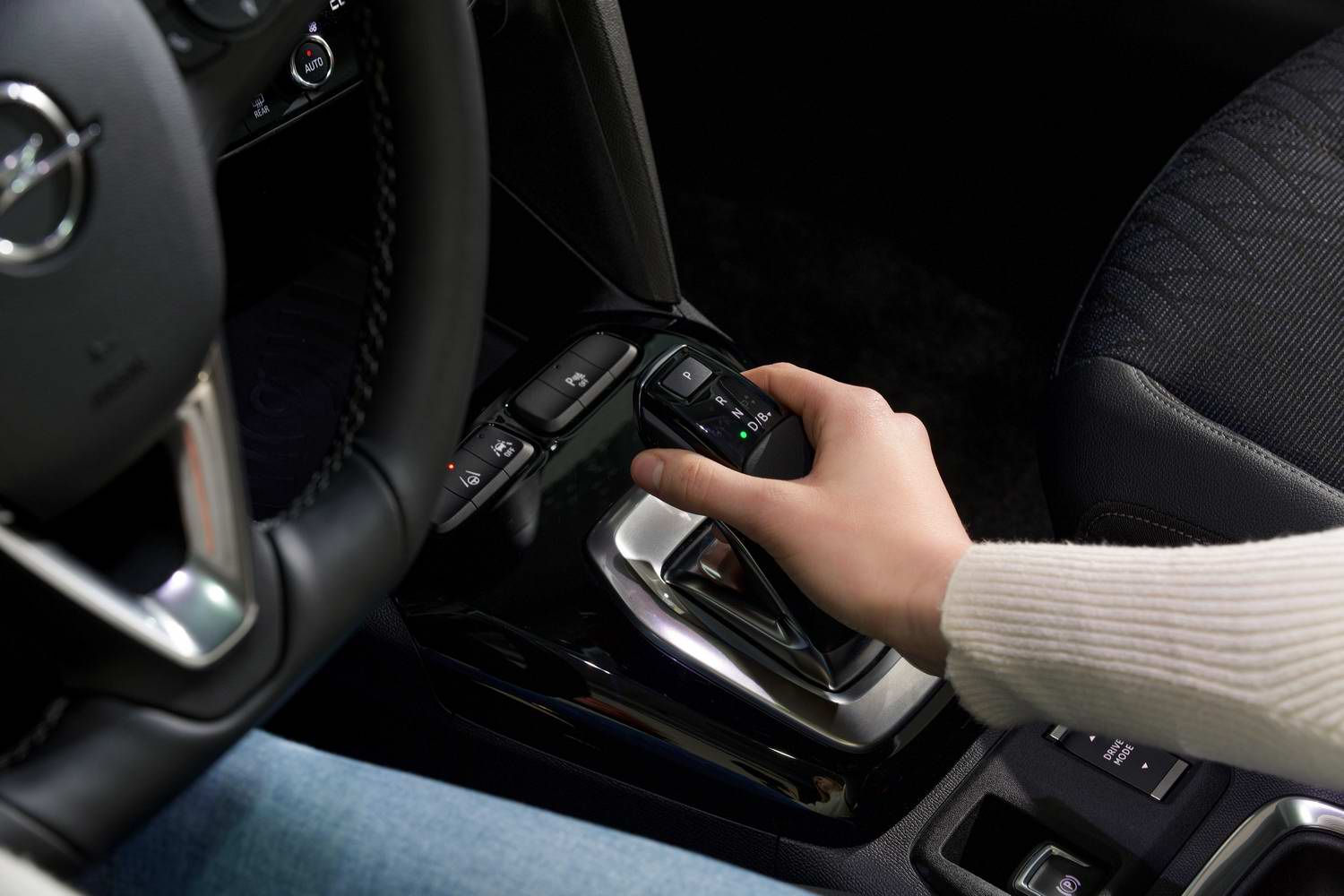 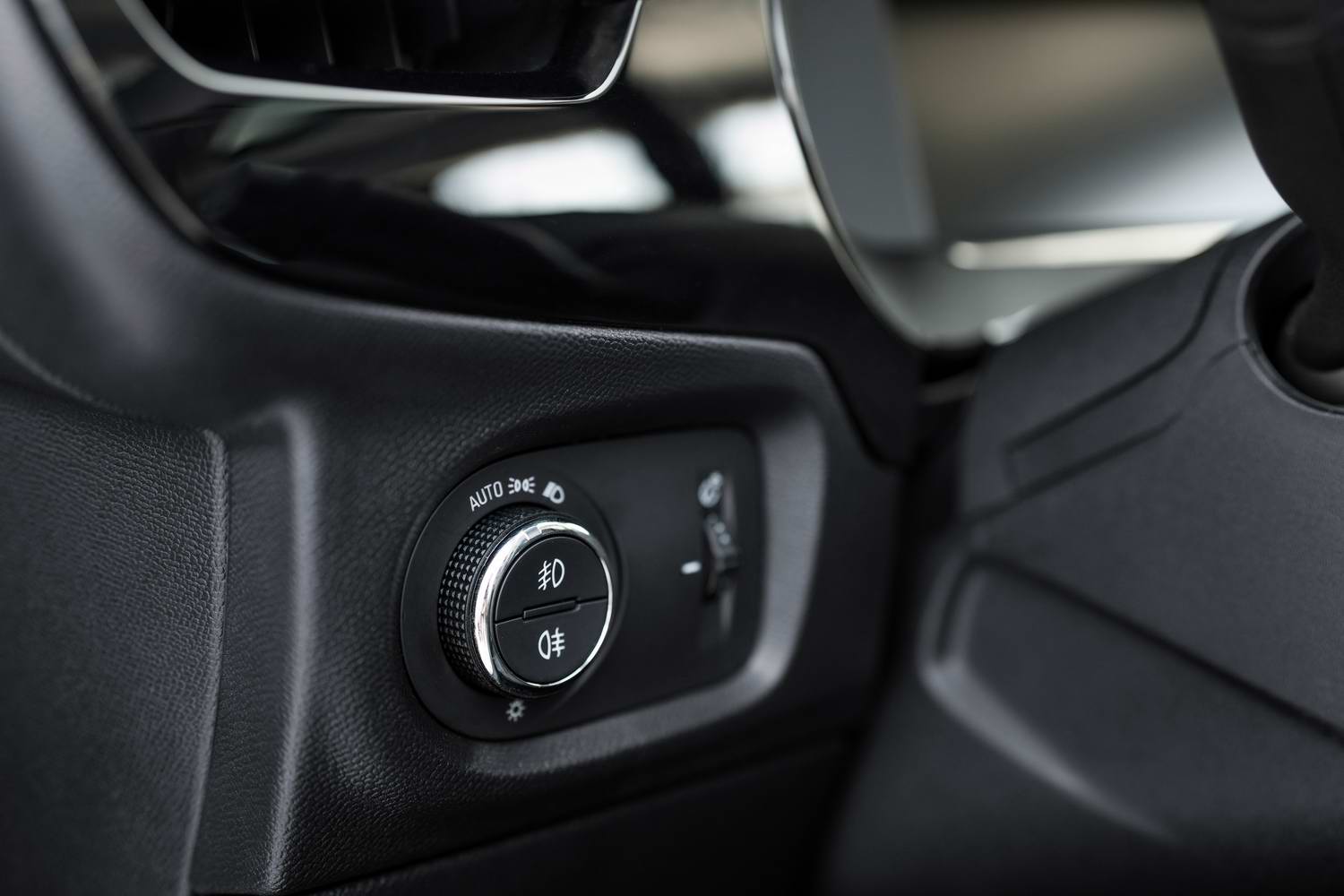 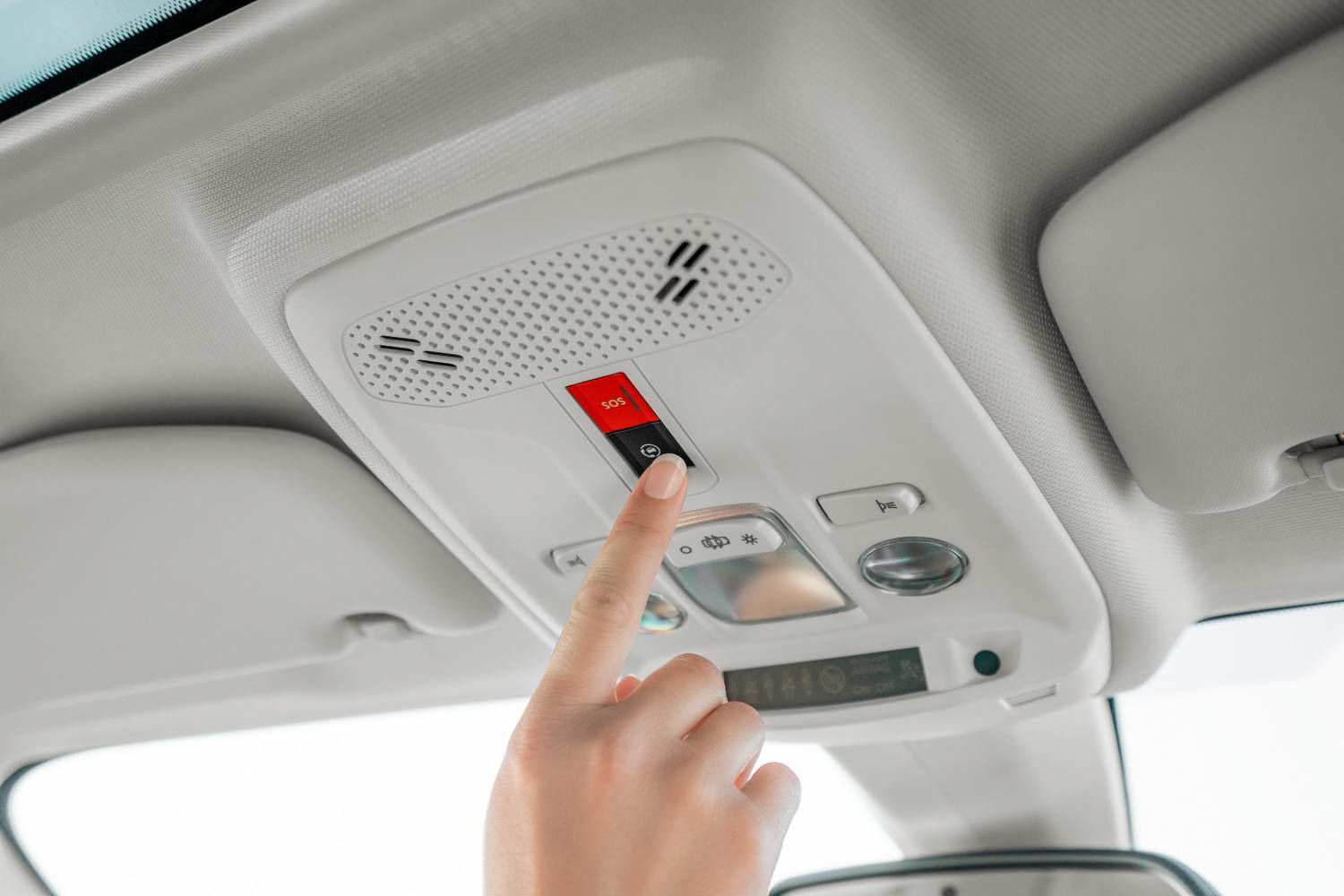 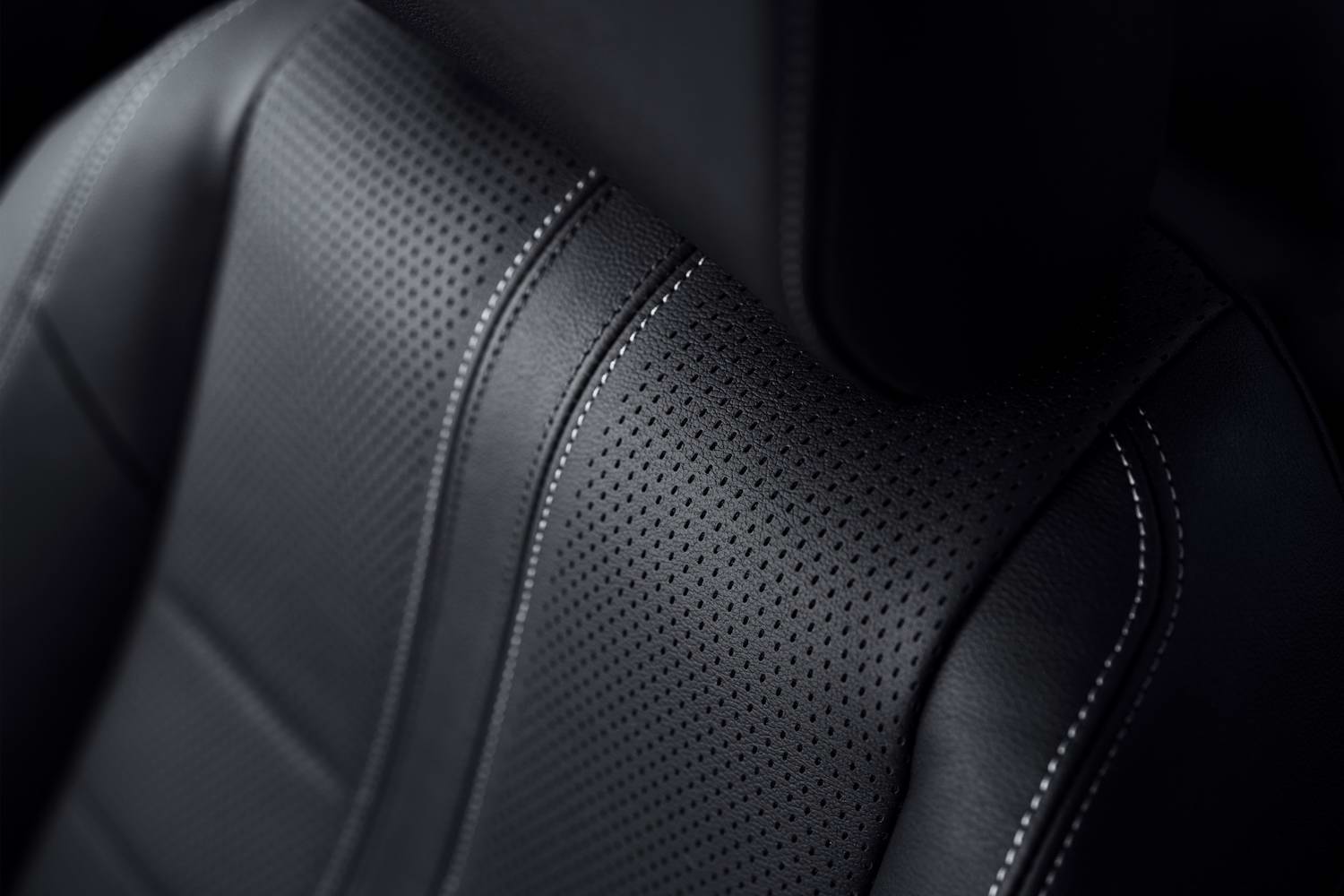 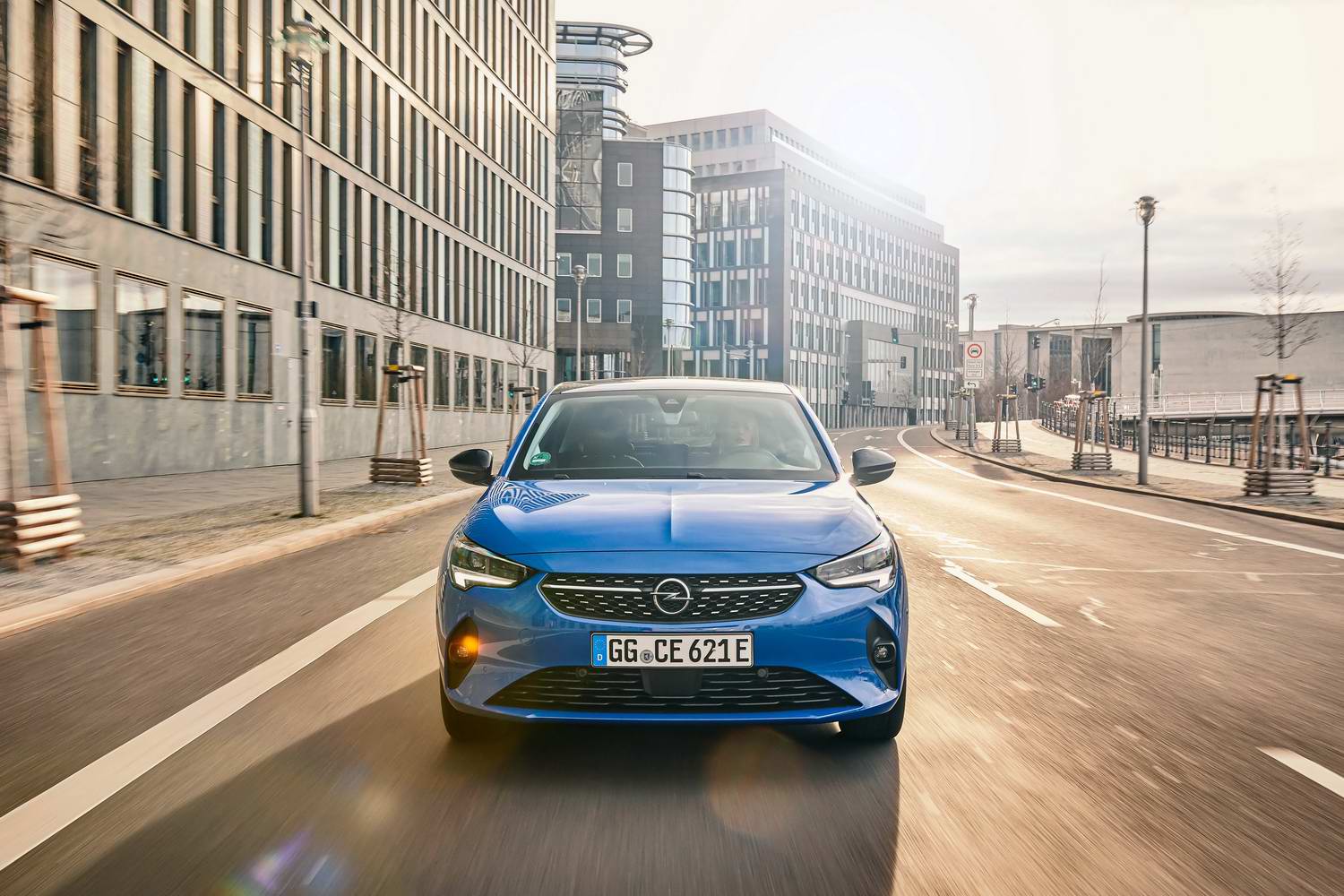 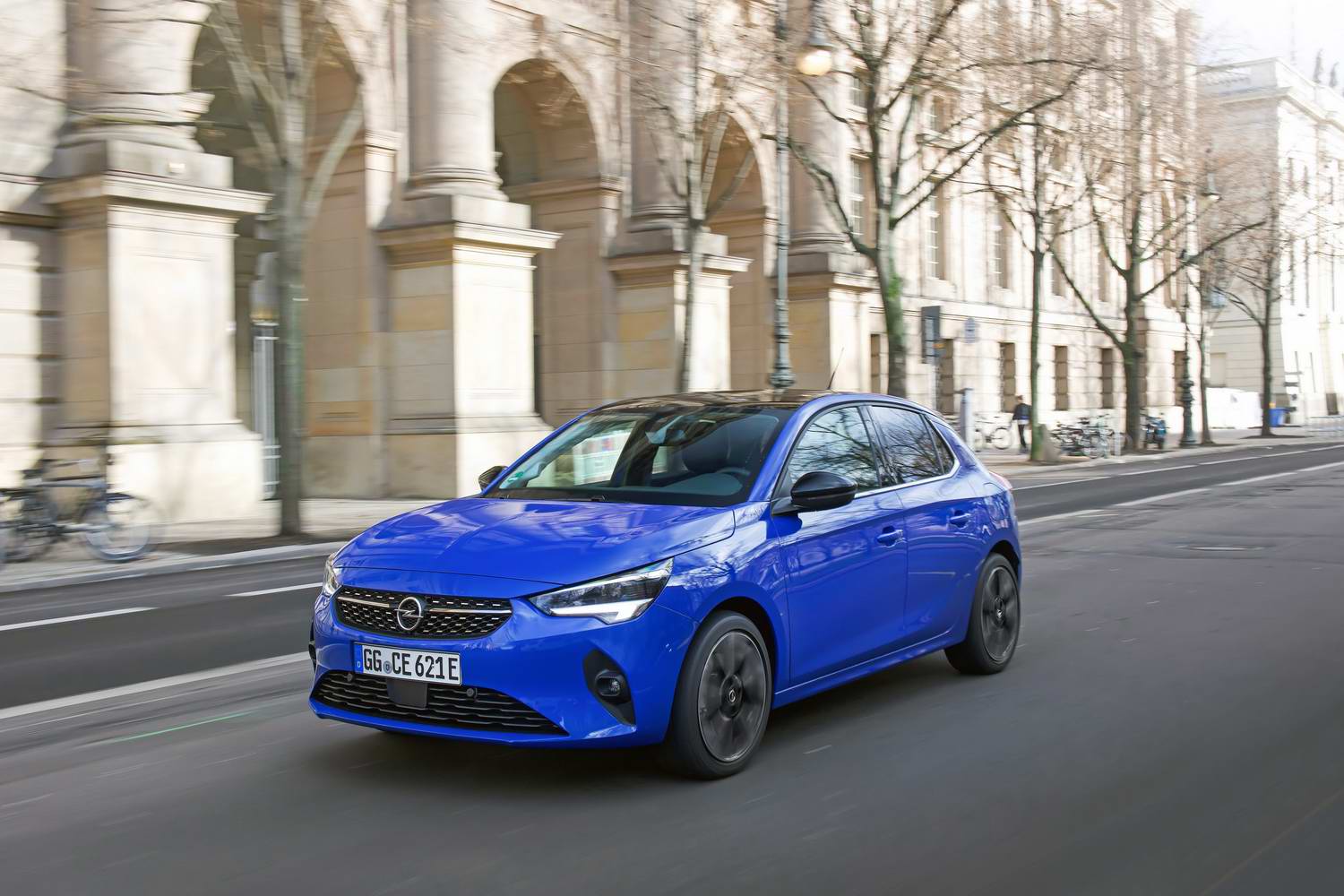 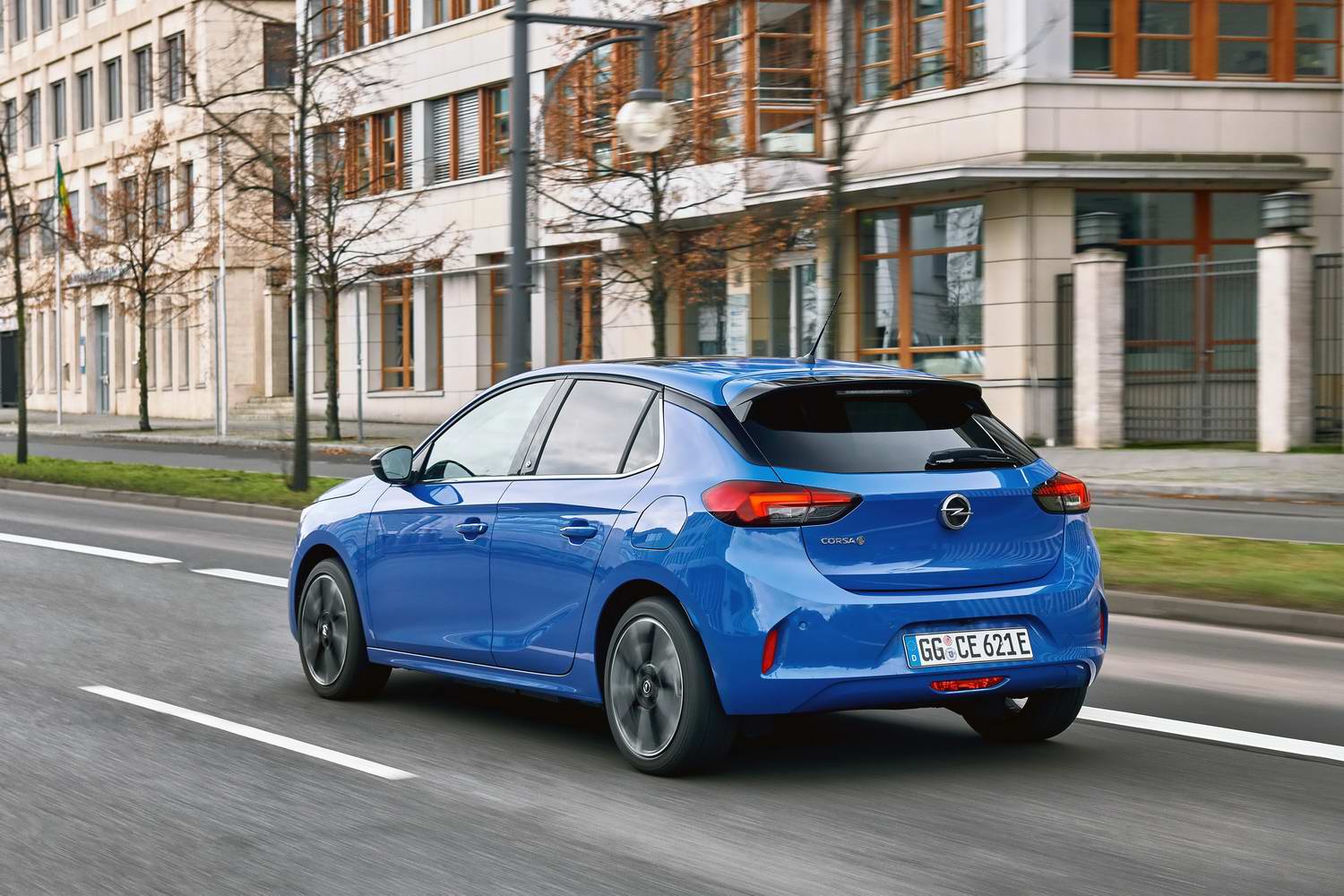 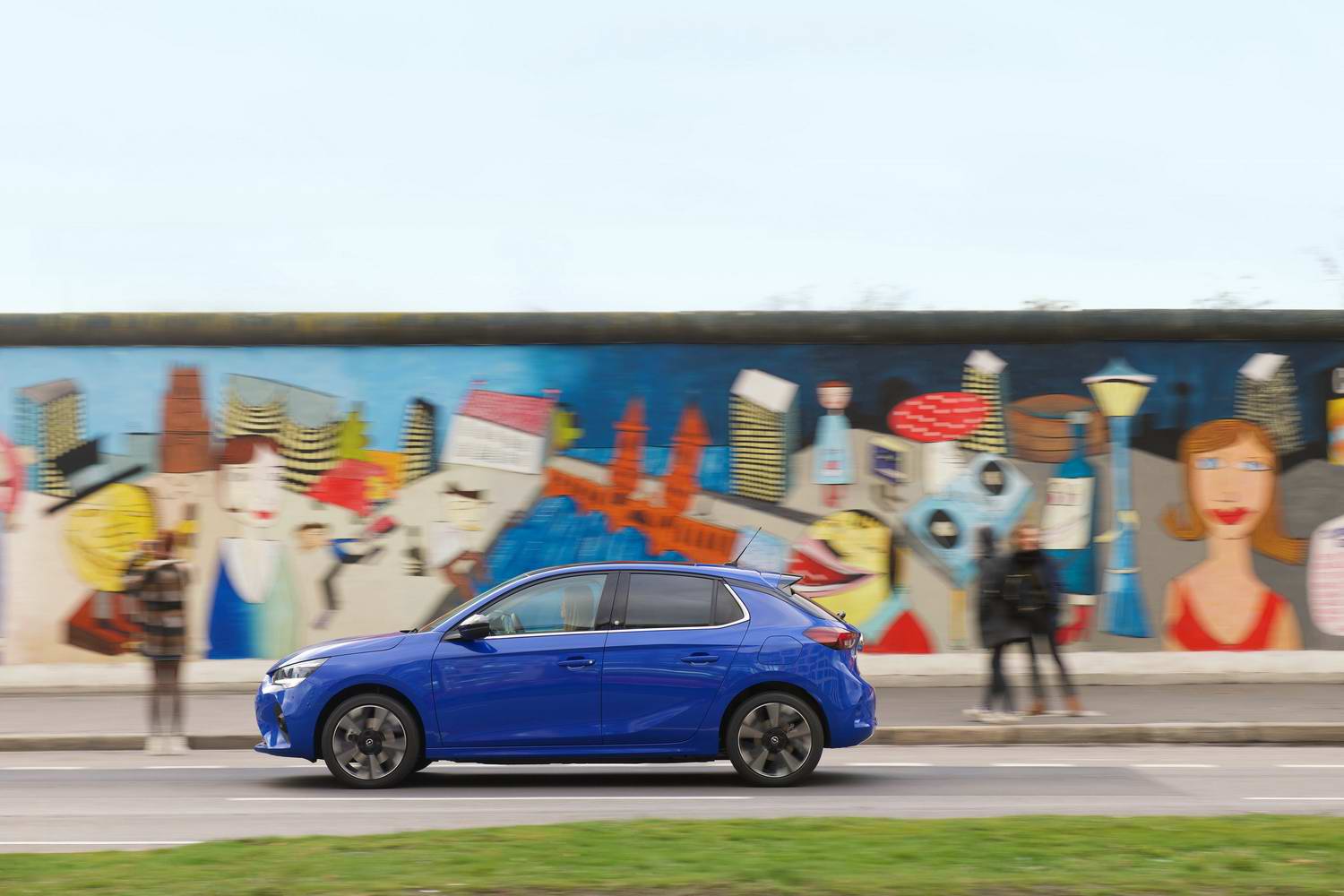 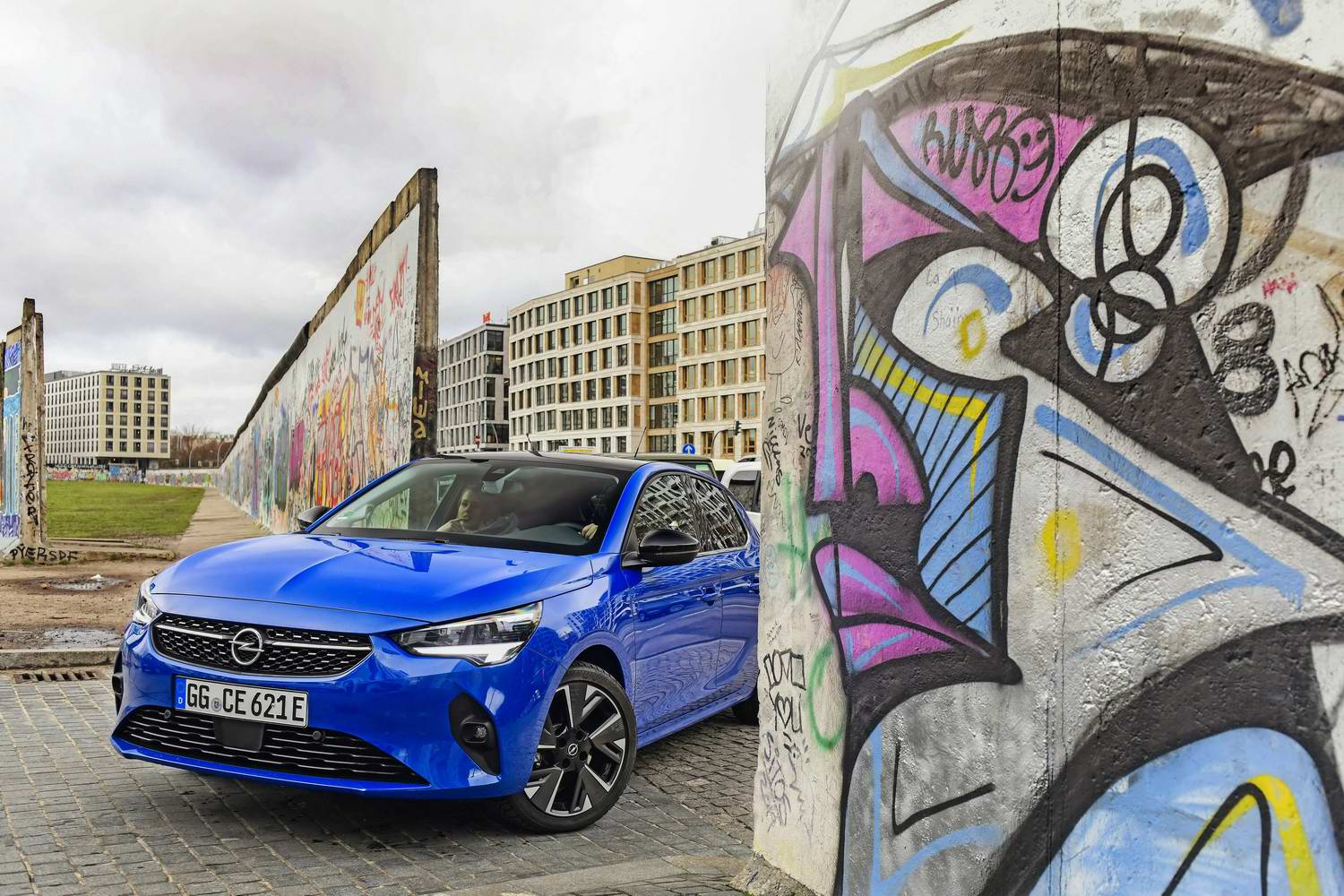 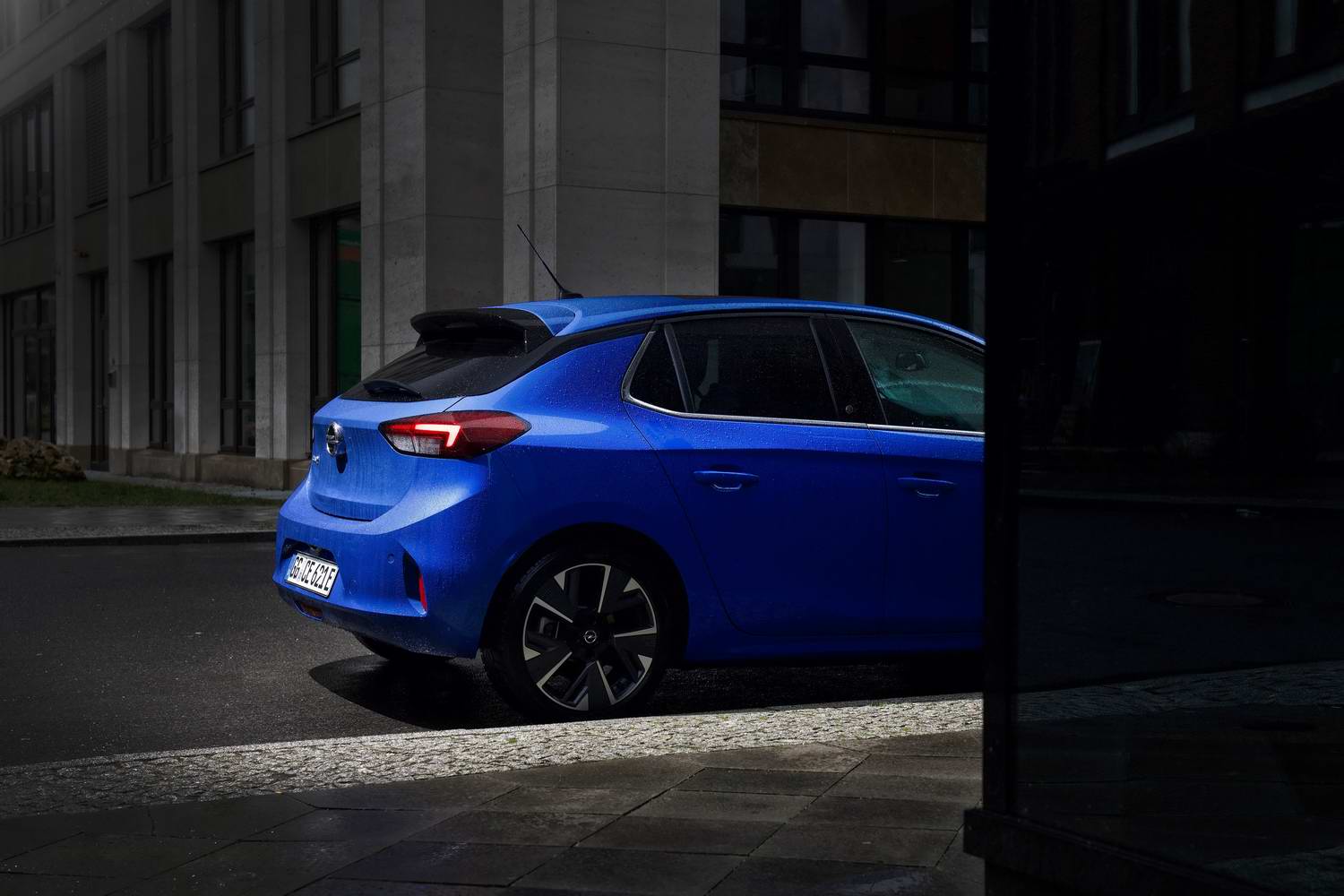 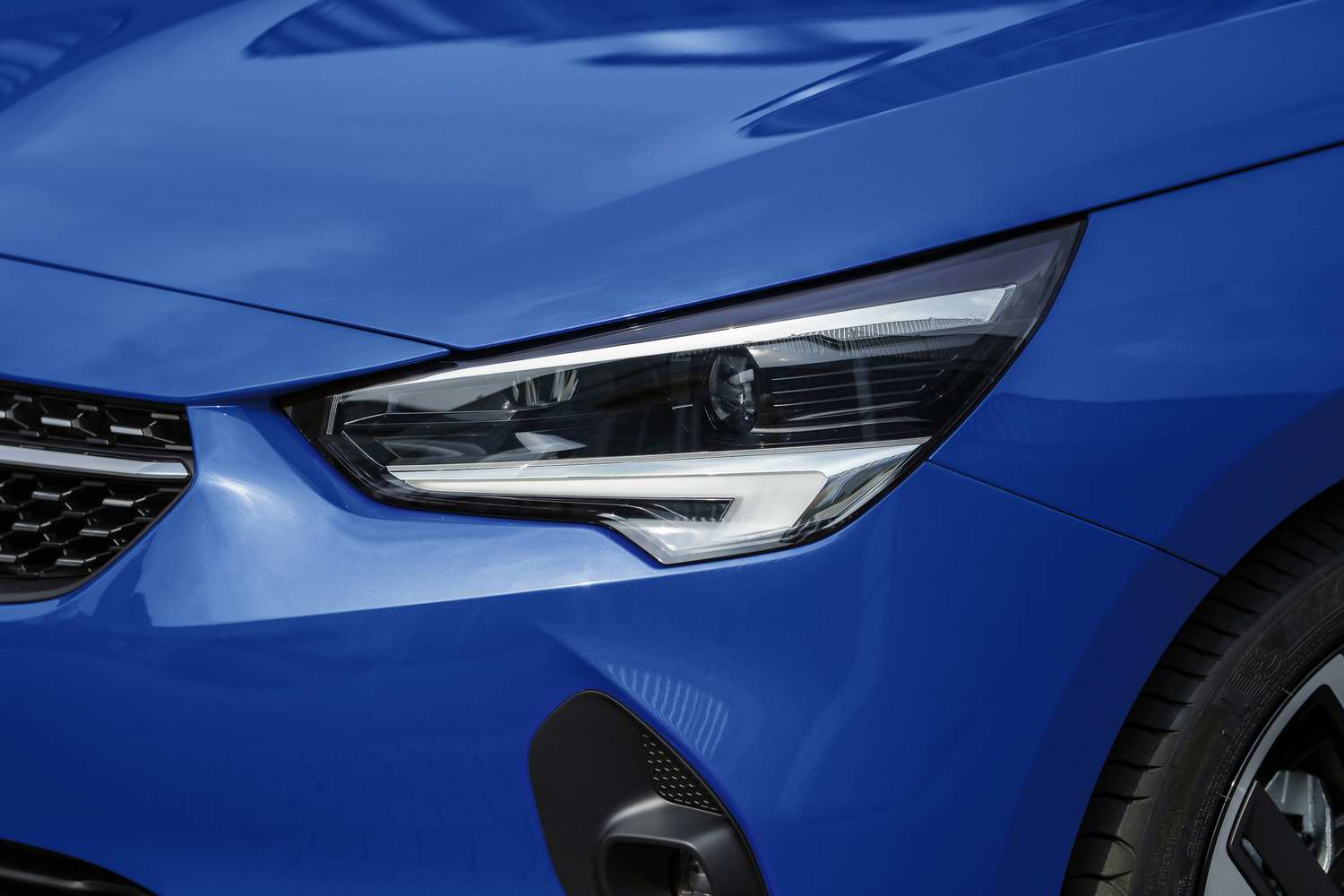 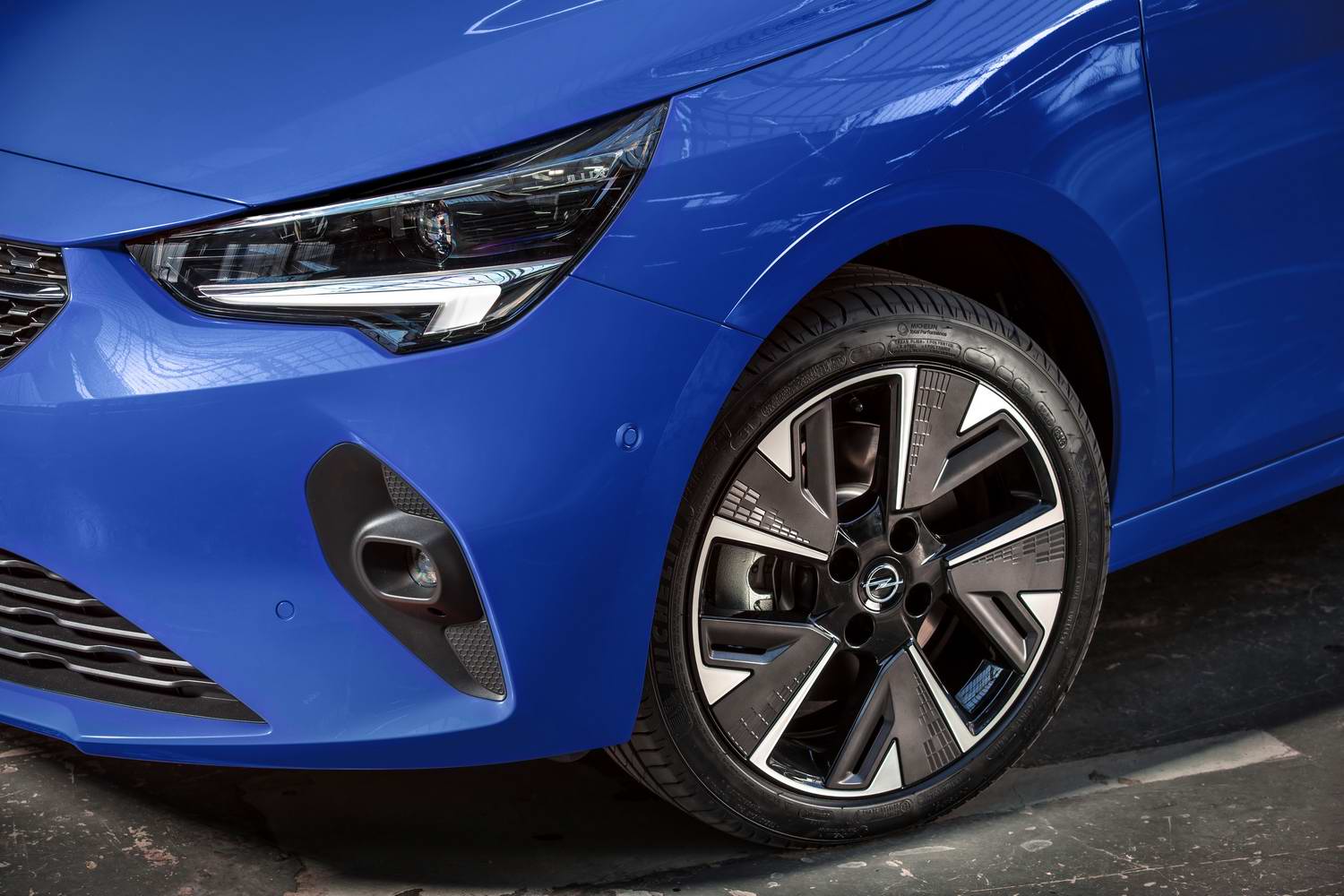 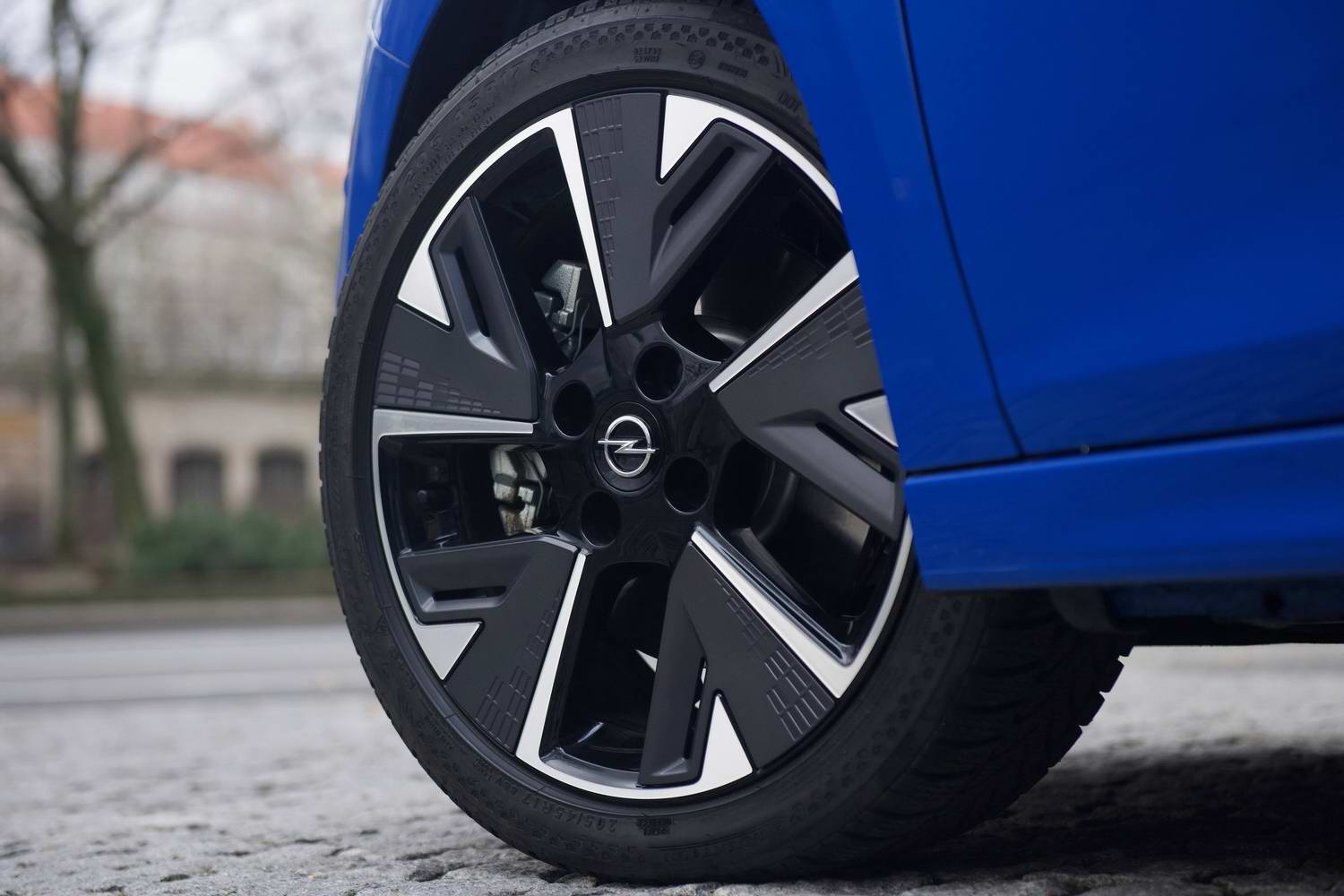 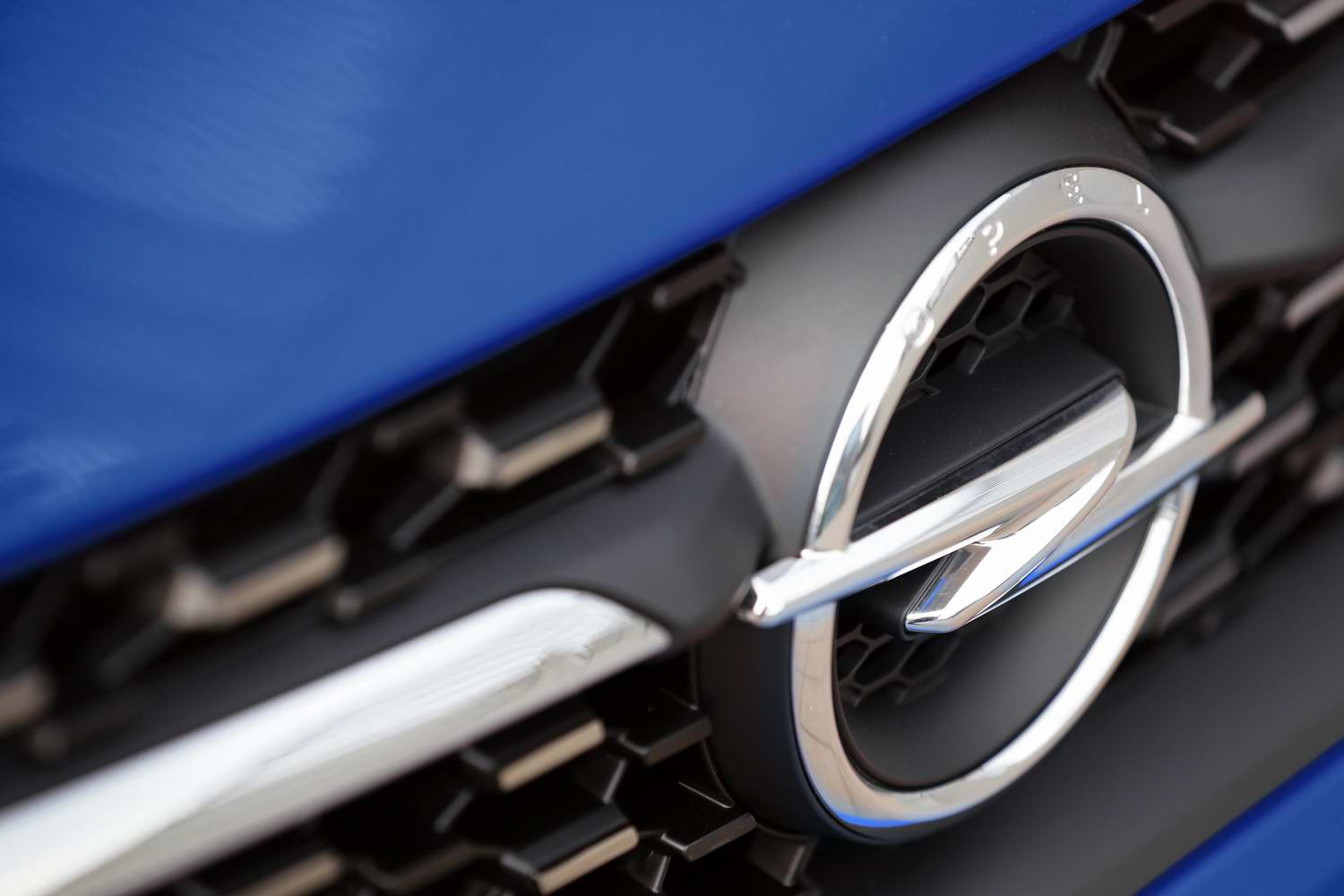 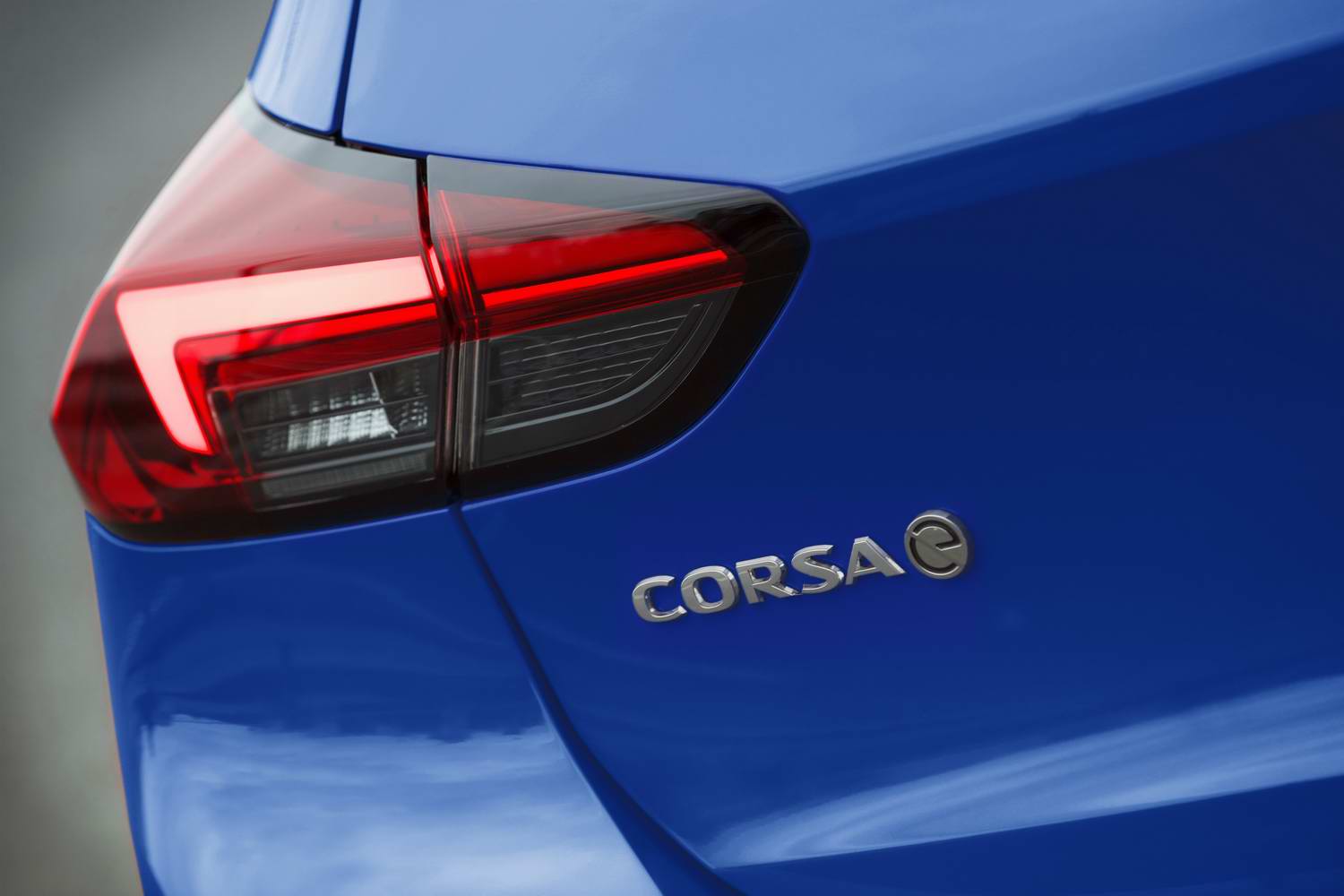 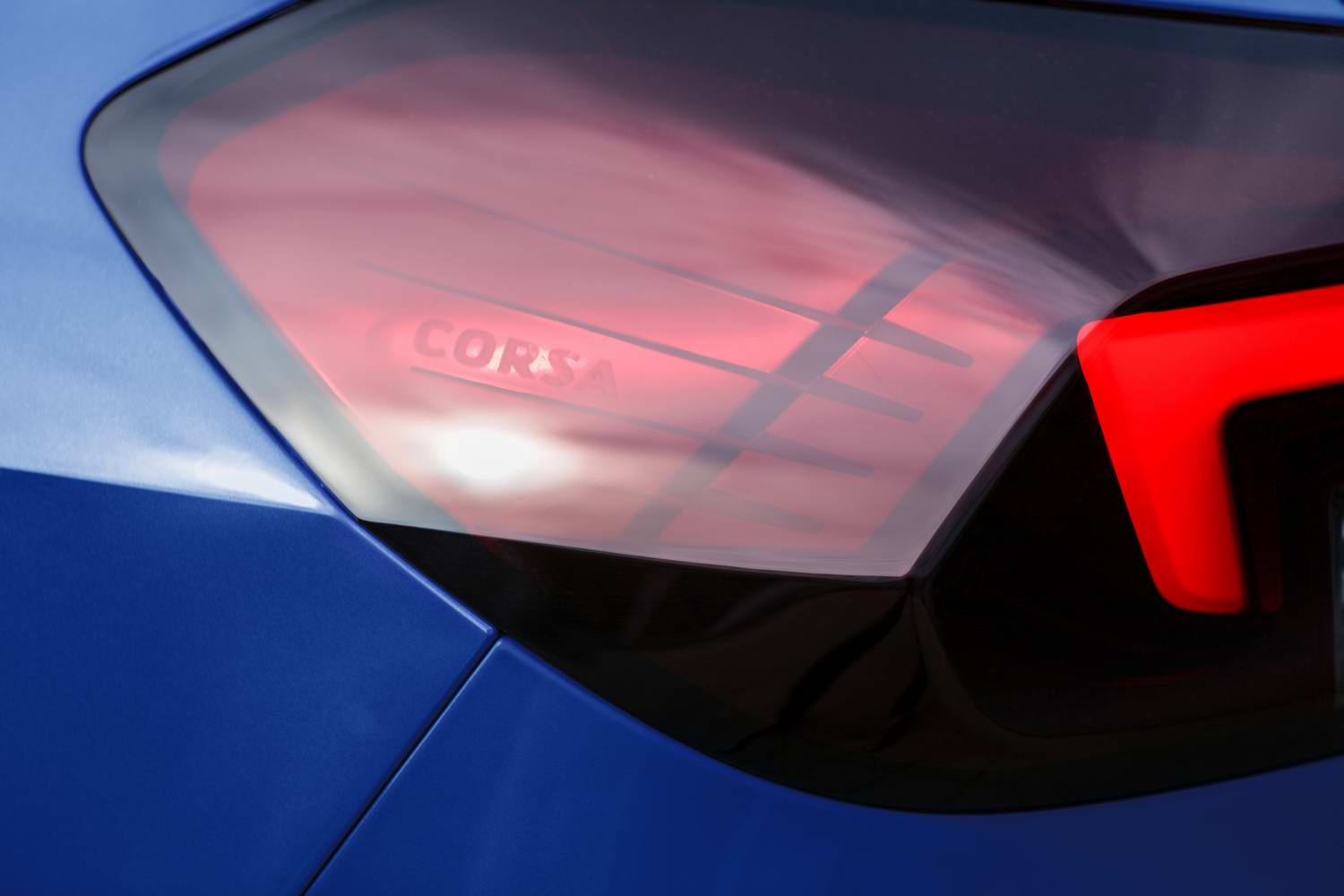 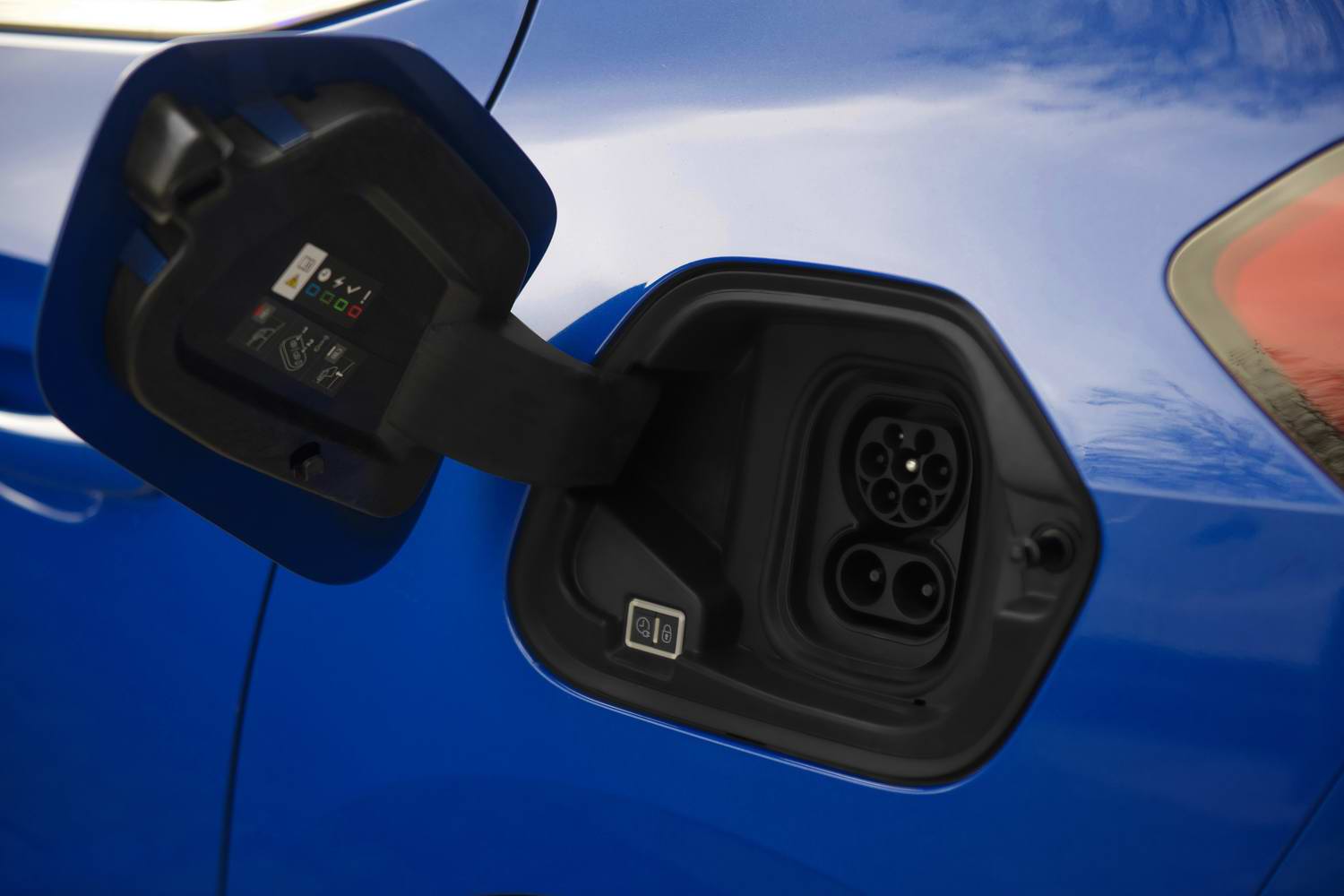 The arrival of the Opel Corsa-e adds to the list of highly relevant and appealing new electric vehicles.

The Opel Corsa-e joins the existing petrol and diesel versions of the supermini to offer an electric alternative to buyers of the latest generation hatchback. With no compromise on interior space, the Corsa-e makes for a competitive package with a 50kWh battery that's larger than many of its rivals' and it also comes with some of the fastest charging rates in the segment.

You won't notice a great deal of visual difference between the Corsa-e and its combustion engined siblings, which is no bad thing. The sixth-generation Corsa is a stylish car, but it needs to be to compete in this highly competitive segment that is turning out some stunners. The Peugeot e-208, for example, is very stylish, but the Corsa doesn't lag far behind, on the outside at least - and they share the same platform.

For some time Opel has been guilty of churning out well-made but dull interiors. The look and feel of the Corsa-e are a positive step forward in this regard, but while it lags behind the Peugeot for sheer design flair, the quality of the materials inside is pretty decent. Unlike its French counterpart, the Opel sticks with a conventionally sized multifunction steering wheel and there's a digital instrument display, though it's neither as large nor impressive looking as the Peugeot offering. Size aside, it presents its information well on the screen, especially so for the navigation.

As standard there is a seven-inch digital instrument display, with the option of upgrading to a 10-inch unit. These are well positioned and react quickly to inputs, plus you can run Android Auto or Apple CarPlay on them. Further down there's a handy wireless charging pad, too. Even with that large touchscreen there is still a volume knob at the centre of its base. In the same way, having physical controls for the temperature settings below this is another plus - unlike having them set into one of the submenus of the infotainment system, as on the Peugeot e-208. Elsewhere, there's a fair amount of head- and legroom in the rear and the door apertures allow for fairly easy access. Due to how the battery is packaged within the car, there isn't a spare wheel, but the boot area above this matches the regular Opel Corsa, resulting in 267 litres of space. This capacity can increase to 1,042 litres when the rear seats are tumbled forward.

With a 50kWh lithium-ion battery, the Opel Corsa-e sits in the upper tier of compact electric cars, and it gets an official combined driving range of 337 kilometres. That places it just behind the Renault Zoe, which gets a 52kWh battery and 386-kilometre range, and it matches its sibling, the Peugeot e-208 that uses the same 50kWh battery, but claims a 340-kilometre range. It's still well ahead of the MINI Electric's 32.6kWh battery that leaves it with a range that's the guts of 100 kilometres less. But how does it drive?

Well, the reality of it is that the Corsa-e is a remarkably normal car to drive. This was part of the brief from the outset and all of the chassis, handling and suspension aspects were tuned as such. The battery itself weighs 345kg, so the springs are different to manage that weight, but as soon as you start rolling in the Opel you aren't that aware of the difference. The ride quality is helped by 16-inch wheels as standard, which leave enough of a tyre sidewall to help cushion impacts. Our test car wore slightly larger 17-inch wheels and gave no real cause for complaint in relation to comfort, but when you get it on, for example, a cobblestone street (granted, not an everyday occurrence for most), the stiffness of the suspension becomes immediately apparent. It's the same story when crossing sharper speed humps, which, let's face it, plenty of urban users that this car is targeting will come across. It doesn't have the plushness of the standard petrol-engined Corsa, but for the most part though the ride is decent - and sticking with the smaller 16-inch wheels should help further.

In the default Normal drive mode the electric motor provides 80kW (109hp) and 220Nm, which is plenty for everyday city or urban driving. In fact, the Eco mode's 60kW (82hp) power output and dulled throttle response will be fine for those frequently commuting in heavy traffic. For when you want to have a little more fun, the Sport mode gives you the full 136hp and 280Nm, sharpens the throttle response and weights up the steering. A heavy right foot and a wet road will see the Opel easily spin up an unloaded wheel.

For most lighter braking, the electric motor scrubs off the speed and as a by-product harvests some energy back into the battery. There is a stronger version of this when you pull the drive selector into the 'B' mode, which more than doubles the braking effect. It's close enough to one-pedal driving and in the stop-start nature of city driving it's worth using.

Away from the slower city stuff and out on the open road the Corsa retains a sense of pace when you get onto motorways and it will comfortably cruise along at the speed limit, though this will impact on overall driving range. From inside the cabin there isn't a great deal of road or wind noise and the powertrain is also notably quiet.

In Ireland, the Opel Corsa-e will have a starting price of €27,338 including applicable SEAI grant and VRT relief. There will be two specification grades, SC and Elite, with the latter having a €3,462 price walk. All versions will come with a 50kWh battery and 7.4kW onboard charger and the capability to charge at up to 100kW through the CCS-type connection. In time, Opel will also offer an upgraded 11kW onboard charger as an option.

The Opel Corsa-e is the latest in a growing list of electric vehicles that make a lot of sense on many levels. It's reasonably practical in its size and what it can accommodate, while the battery capacity and charging rates should make it very easy to live with for commuting and on longer trips. Complementing these aspects is how normal it is to drive, leaving most not wanting for more performance, while also being refined and comfortable on the move. 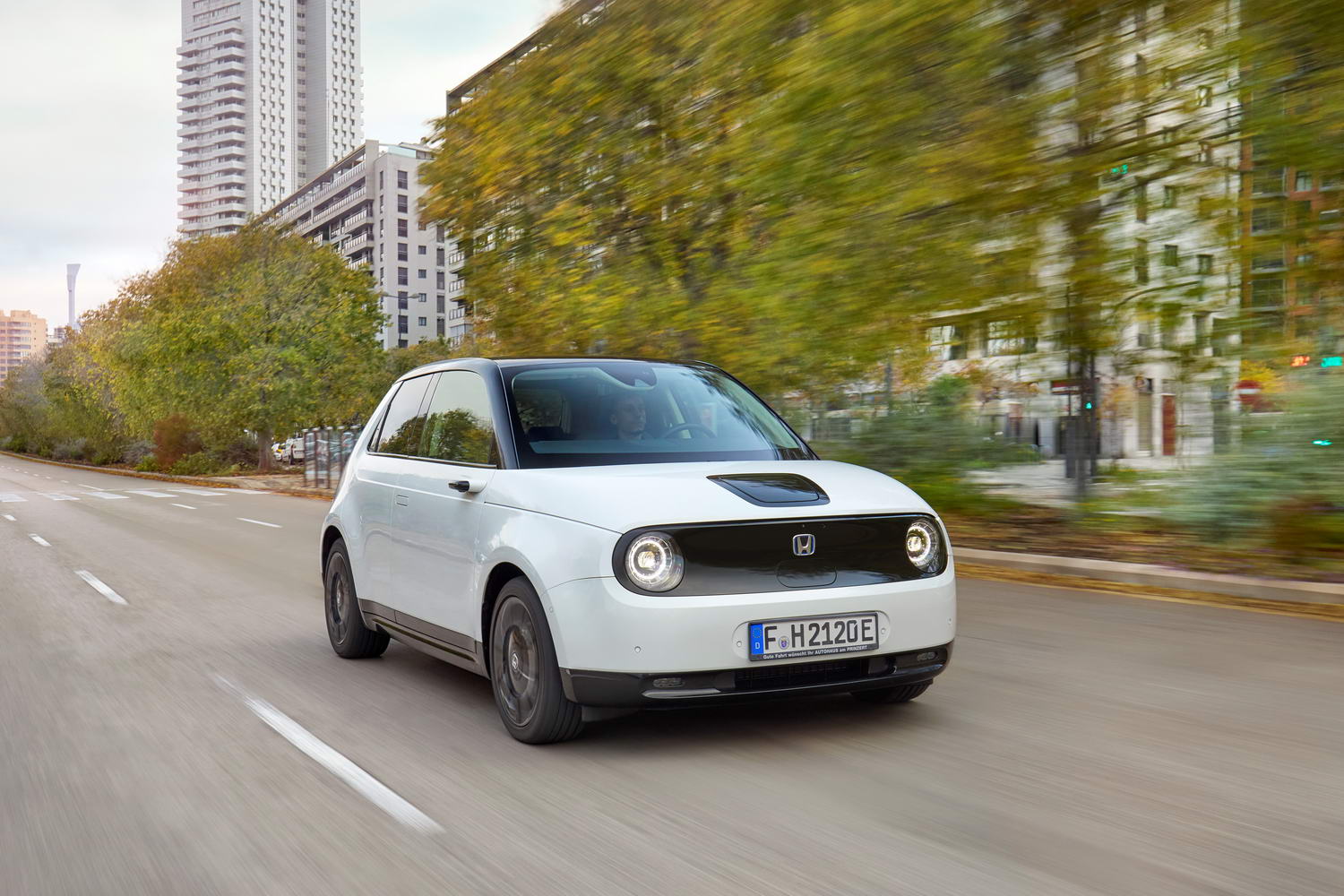 Honda e Advance (2020) review
Honda e Advance vs. Opel Corsa-e (2020): wonderful styling in the Honda, plus a futuristic interior with full-width digital displays, but it only seats four and has a smaller battery and slower charging rates. 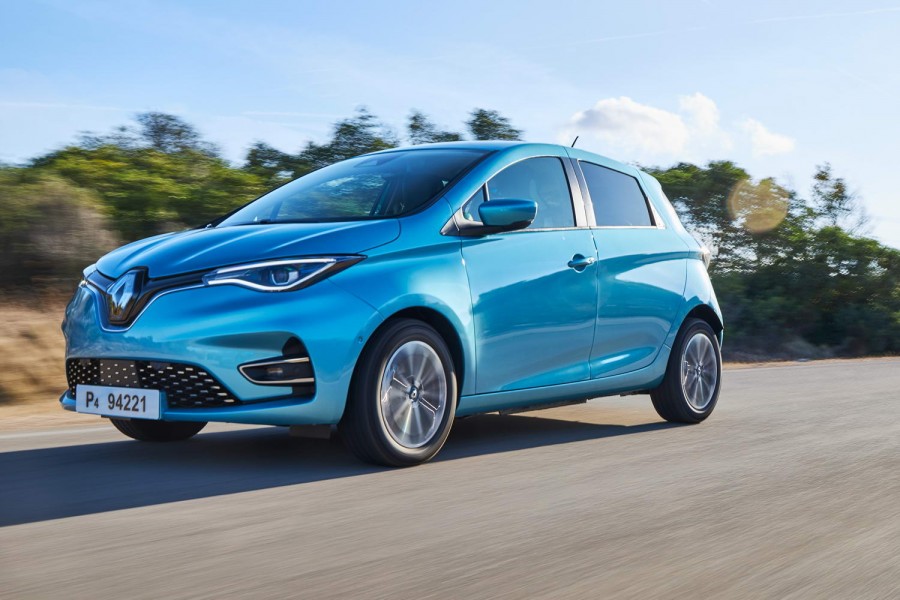 Renault Zoe R135 Z.E.50 (2020) review
Renault Zoe vs. Opel Corsa-e (2020): has the benefit of a smart charging system that is now also available with a CCS connection, gets an improved driving range and better interior than before as well. 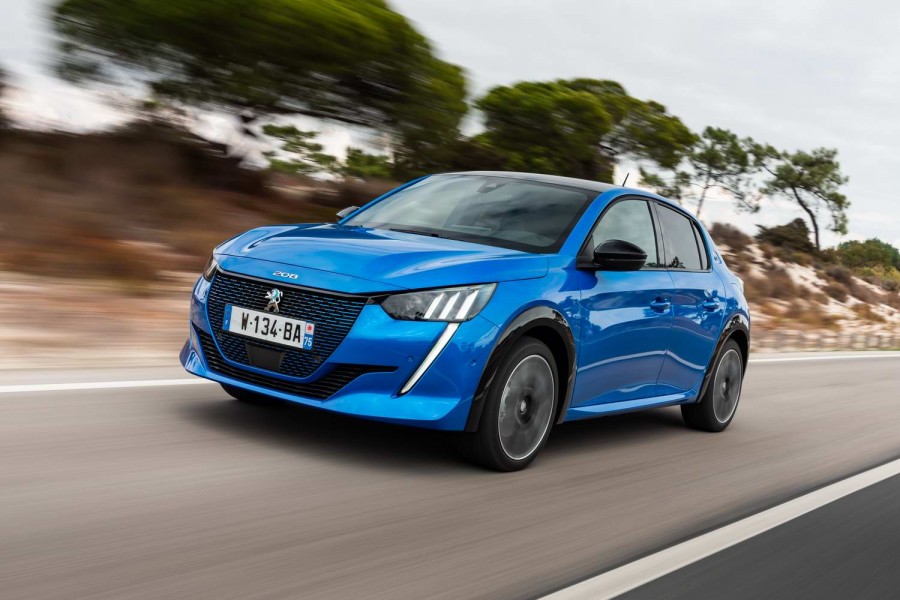