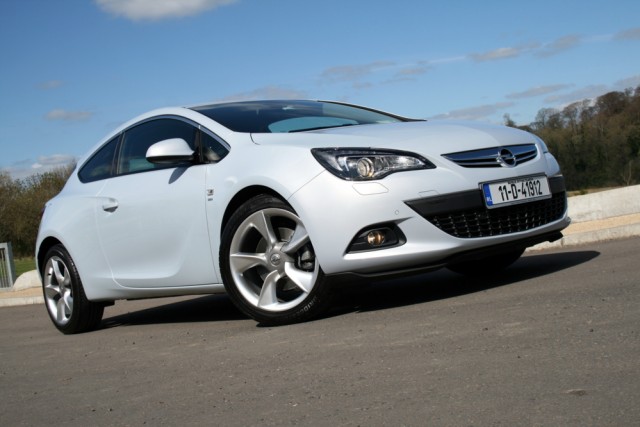 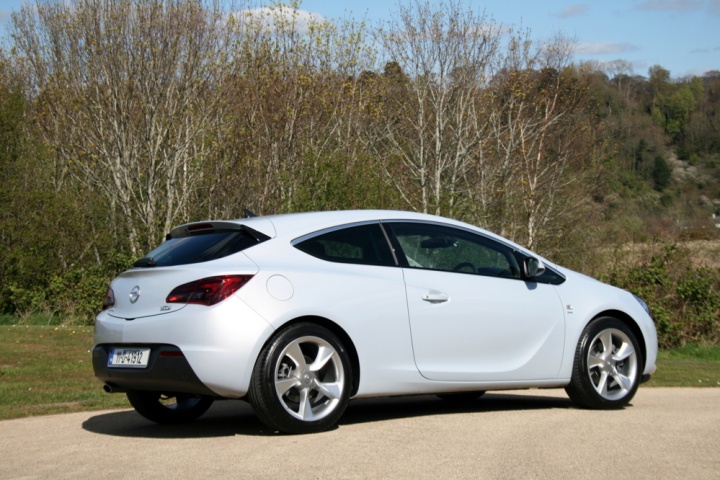 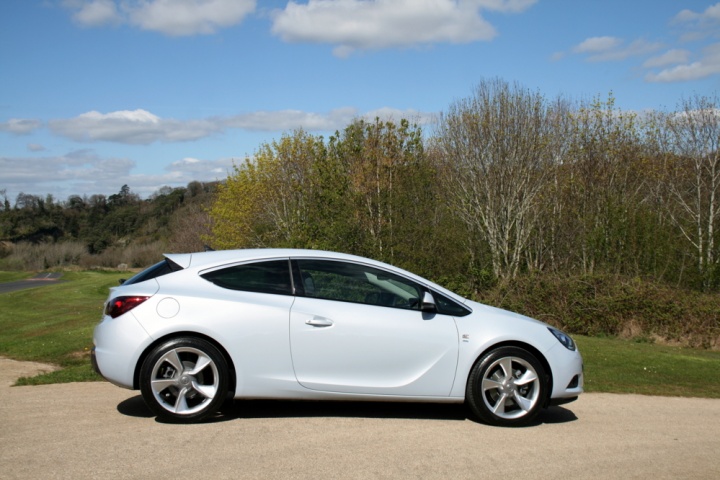 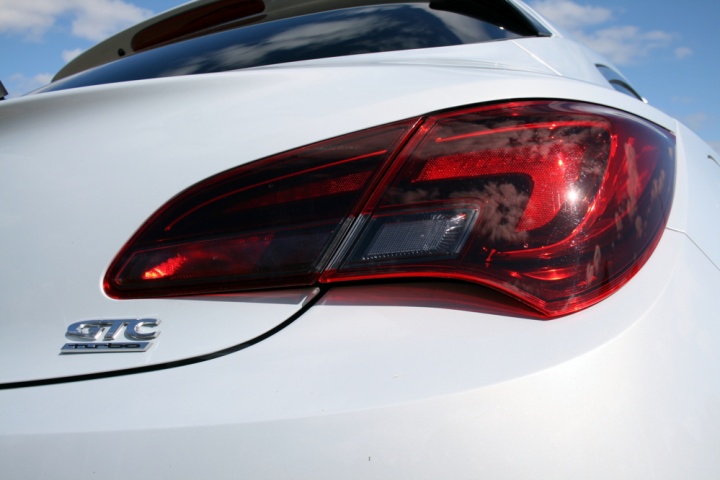 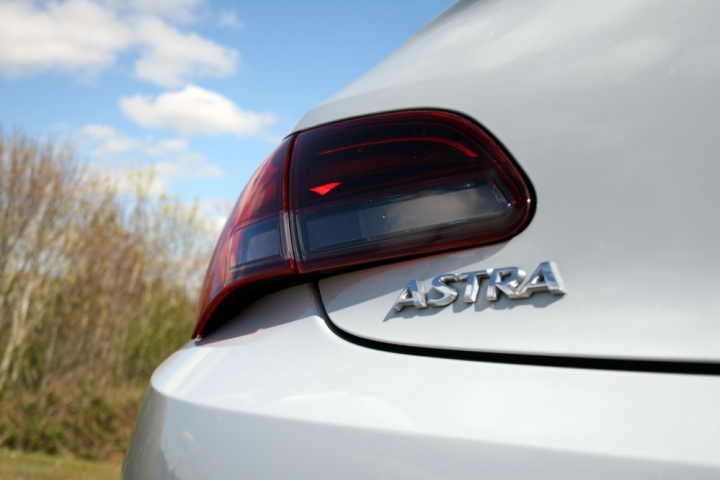 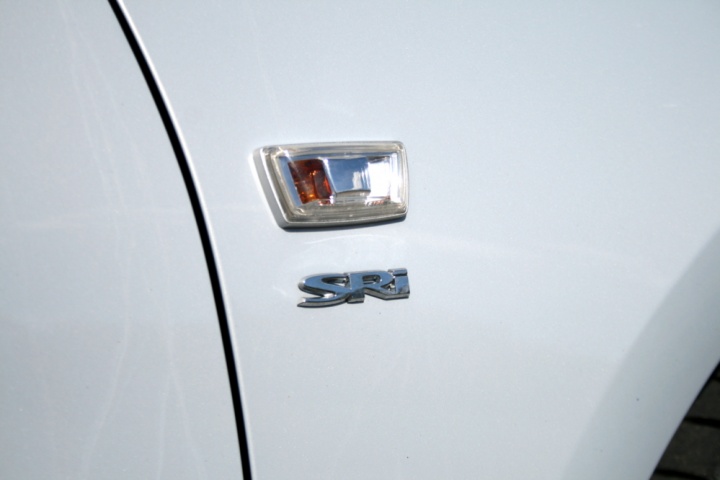 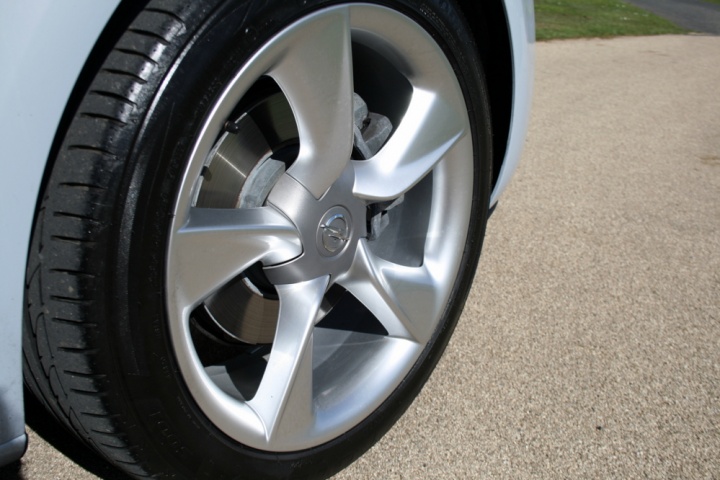 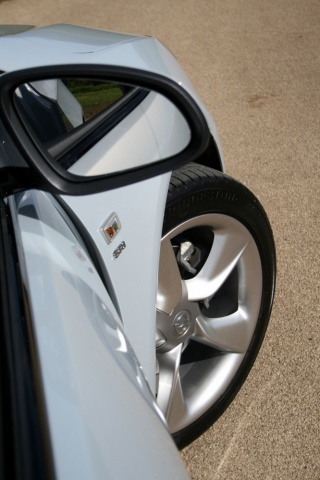 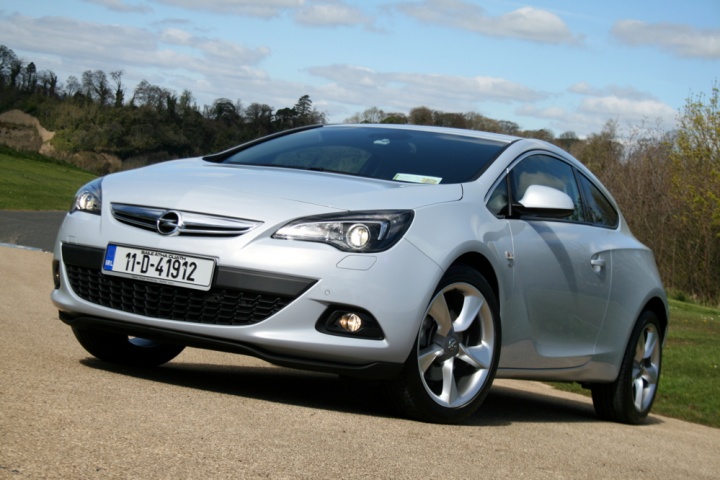 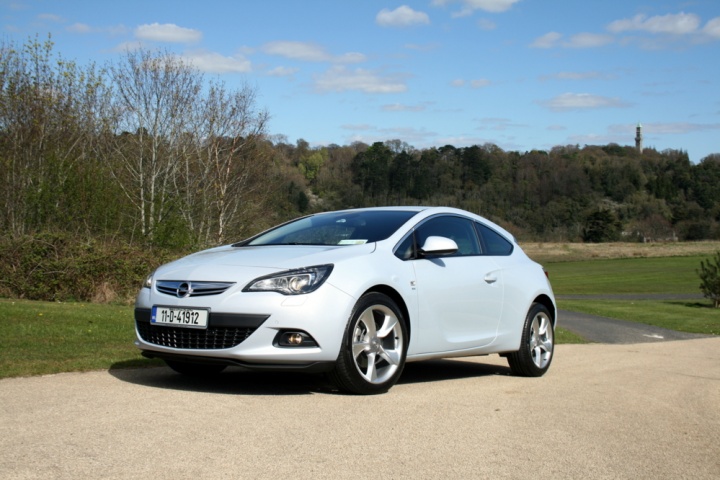 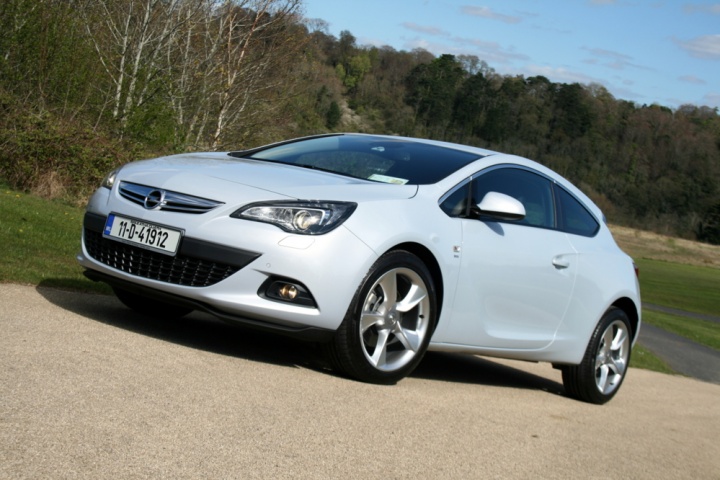 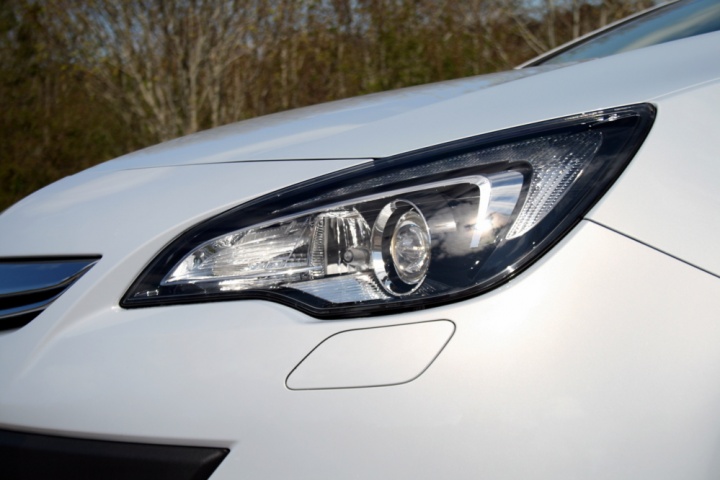 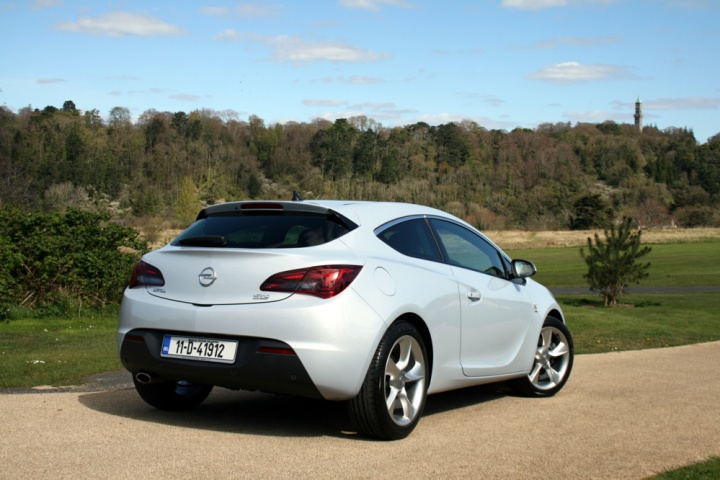 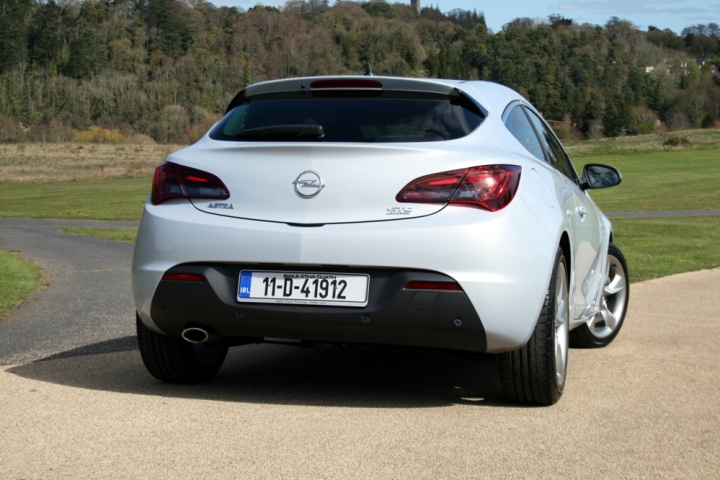 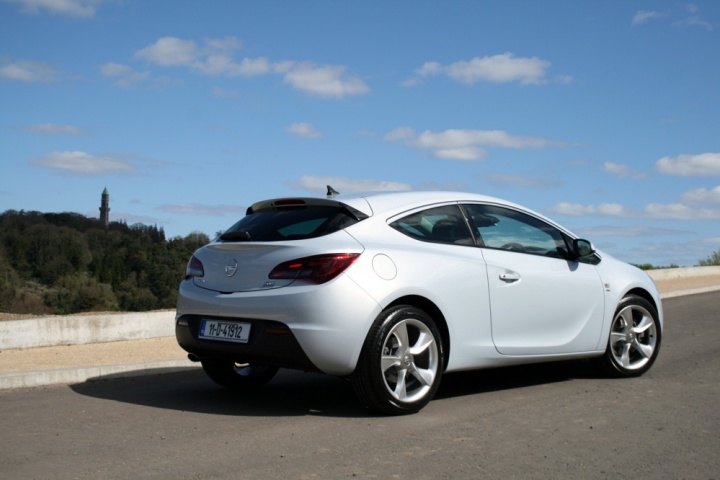 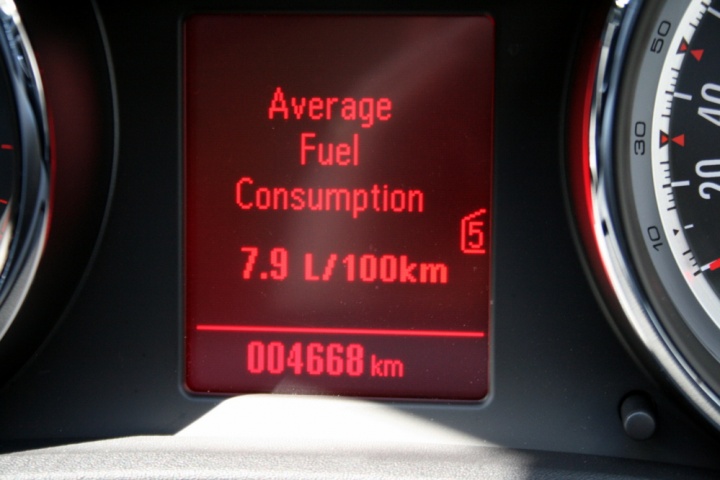 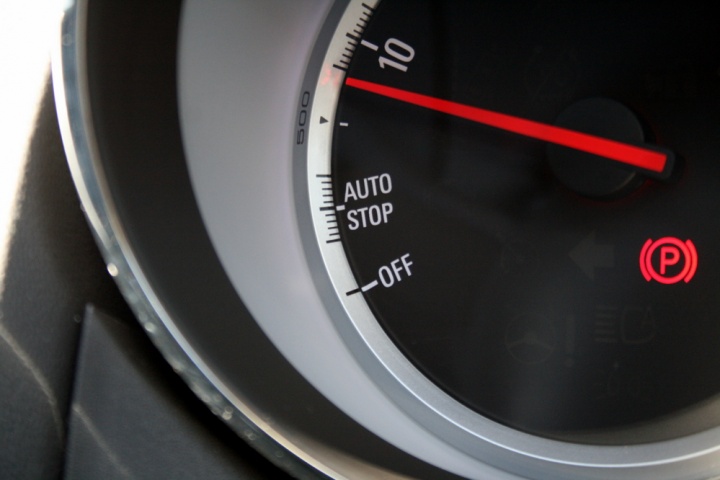 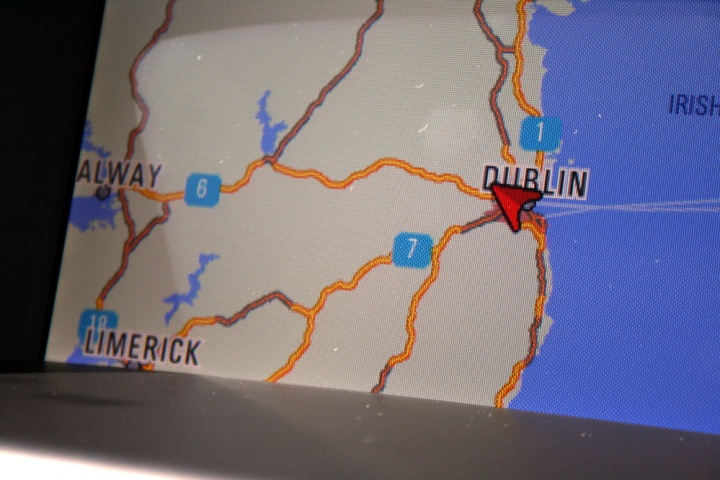 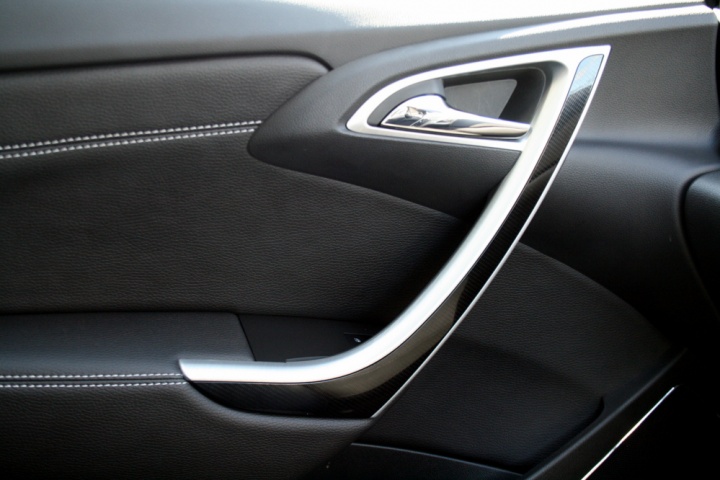 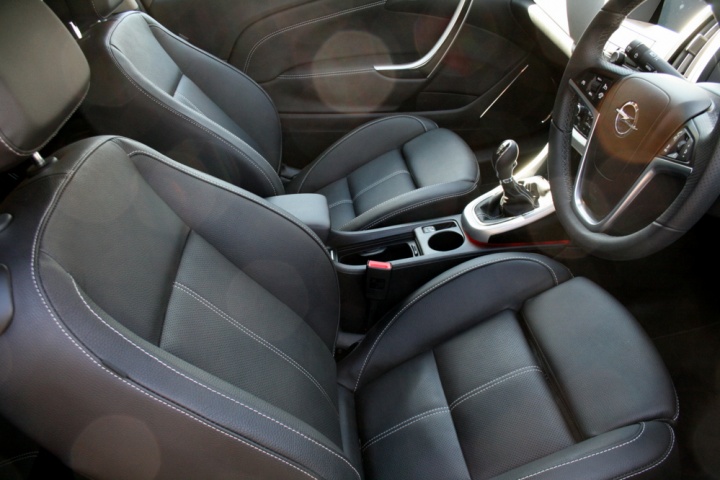 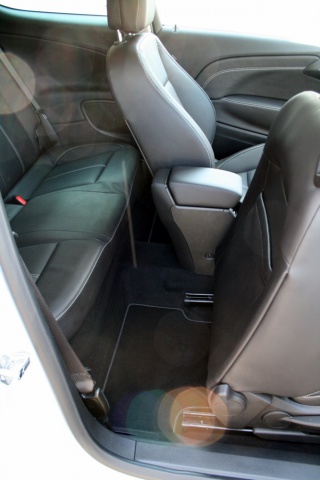 No matter which version of the Opel Astra GTC you go for, it looks great. The styling alone is reason enough to buy the three-door version. It drives well too, and though there are some advantages to the turbocharged petrol engine, we'd still say go for a diesel.

The GTC gets a full five stars for its exterior. It's remarkable how different Opel's designers have drawn the three-door version, with unique lights, muscular wings and of course the plunging roofline. Our SRi test car looked particularly sporting on its 19-inch five-spoke alloys (a €514 option; 18-inch items are standard), though the grey paint finish is unusual.

While there's nothing drastically wrong with the cabin of the GTC, we're not overly enamoured with the Astra's instrumentation and graphics. Regardless, the switchgear does work quite well and there's plenty of adjustment to be had from the driver's seat and steering wheel. In spite of the shape of the roof, rear passengers have an acceptable amount of space for their heads and legs, even if it is a little dark back there. We like larger cubbyholes for our bits and pieces in the car than the Astra provides, though the boot is a decent shape and size once you lift things over the high lip.

Such is the proliferation of diesel in Ireland that it's quite unusual for us to test petrol-fuelled versions of cars this size. The idea of a low capacity engine for economy fitted with a turbocharger for performance is not a new one, but it's a recipe that usually works. Strangely, it doesn't in this Astra. The engine is a little coarse (for a petrol unit) at low revs and never feels like it's getting into its stride. There is little in the way of a sensation of turbo boost, though admittedly there's no turbo lag either. It feels like a lacklustre 1.6-litre engine with no boosting. Neither did we find it particularly economical.

For the record, the six-speed manual gearbox is as slick as you'd want, with a tactile, well-shaped and positioned gear lever.

Overall, the Astra GTC's chassis is good. It walks a fine line between comfort and handling. However, it can't seem to decide on which side it sits so it's a master of neither. Driven enthusiastically the suspension responds well, with agility and composure, but most of the time it doesn't feel very special. Thankfully the great body control is not at the expense of comfort on the motorway. It's firmly sprung for sure, but not so much that you feel like you have to apologise to your passengers.

One strange quirk we discovered was a complete lack of steering feel at the straight ahead, for instance on the motorway. This leads to constant correction of the car's position on the road and really makes you pay attention. In most cars you can feel through the rim when slight steering corrections are required.

Our test car came in SRi specification, which commands a €2,000 premium over the only other grade available - Sport. This 140hp petrol version is one of the cheapest engines in the line-up, though for the same price you could afford any of the three diesel options if you stick with the Sport trim level. SRi specification includes auto lights and wipers, 18-inch alloys, air conditioning, cruise control, USB and aux-in connections, ESP and six airbags.

We averaged 7.9 litres/100km (35.7mpg) in our time with the car, which was spent mostly in an urban setting with a few quick, short drives on the motorway.