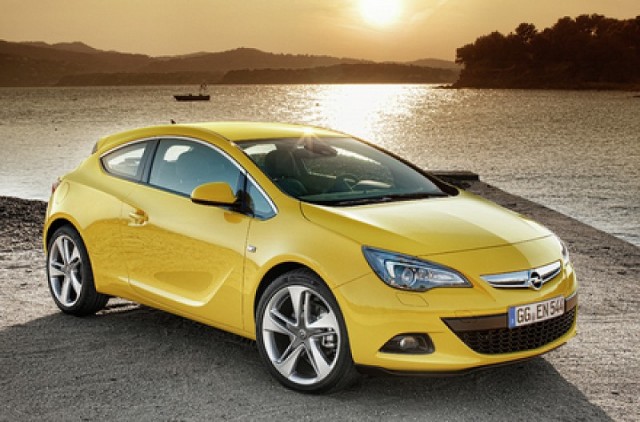 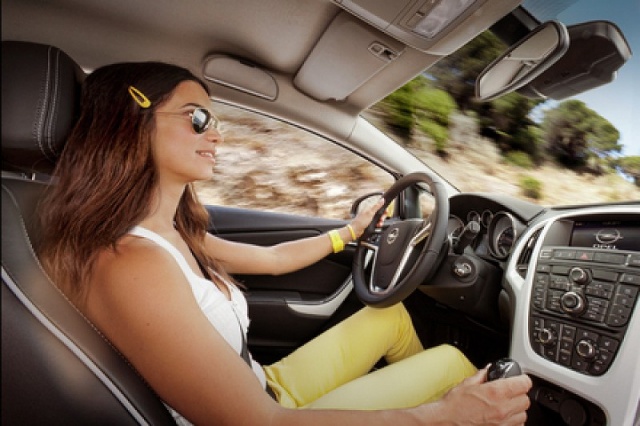 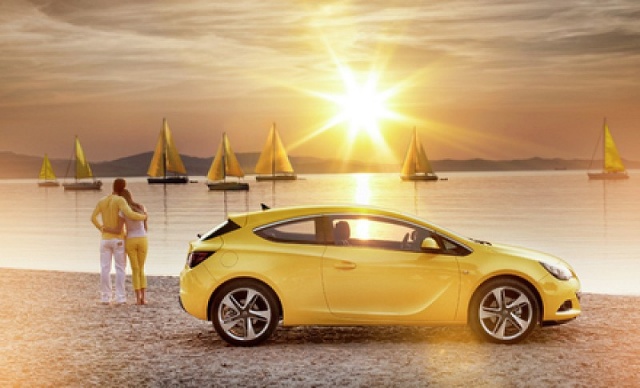 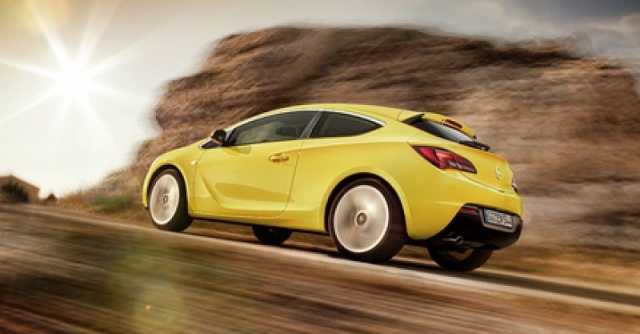 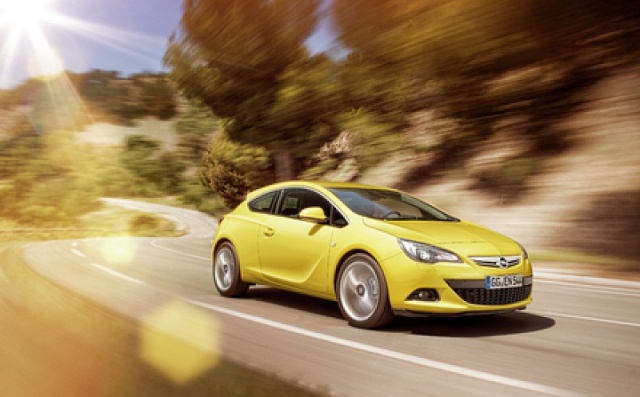 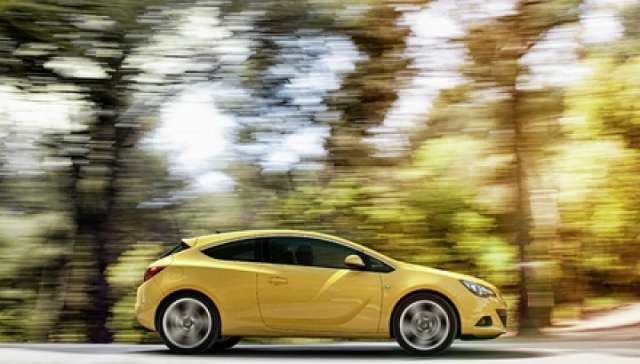 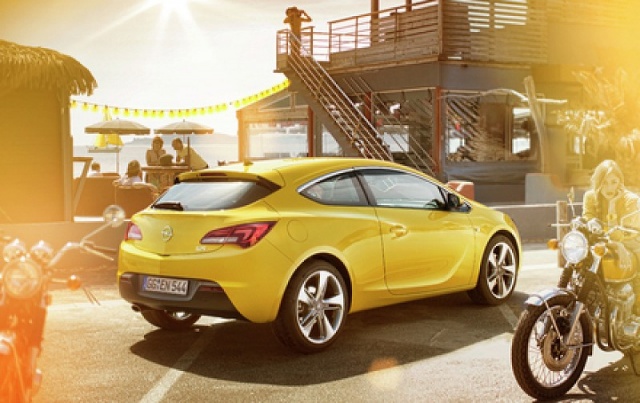 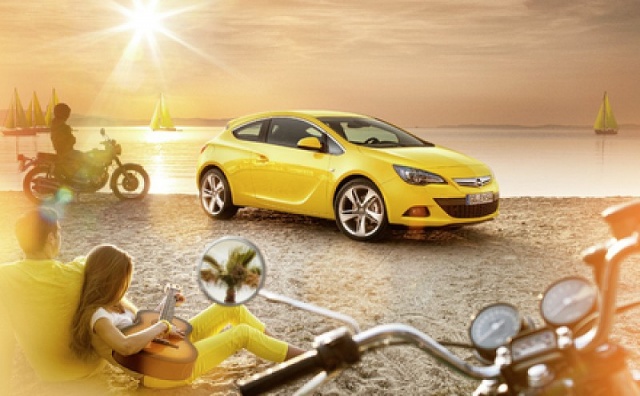 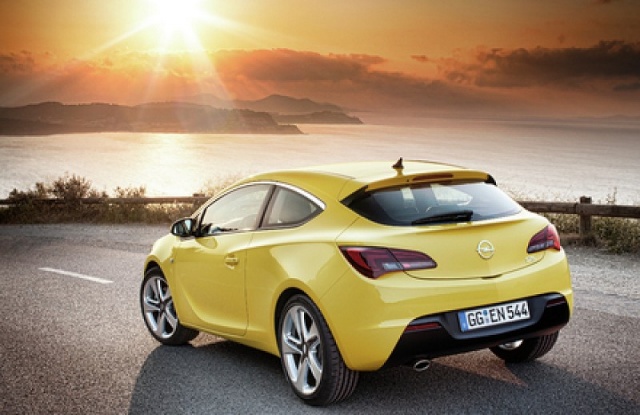 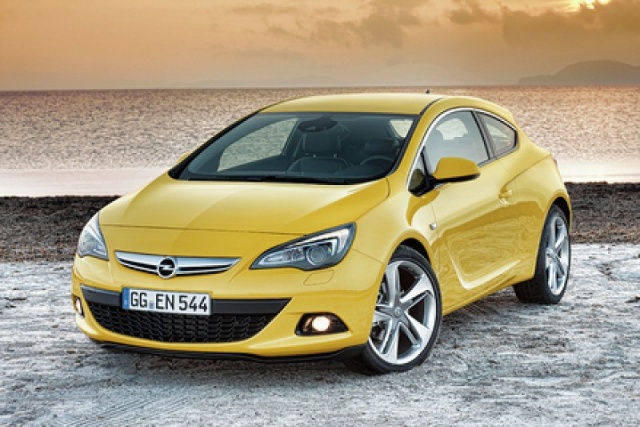 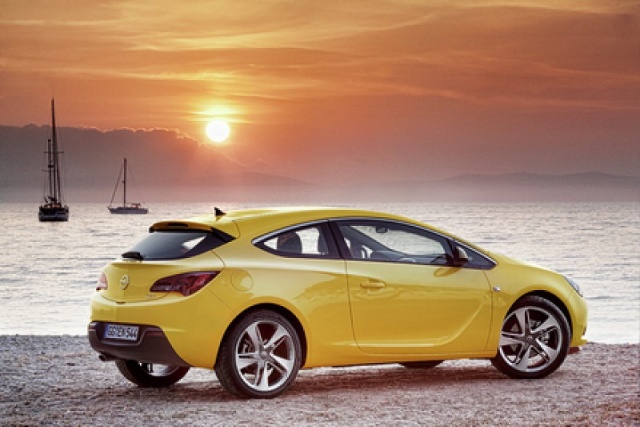 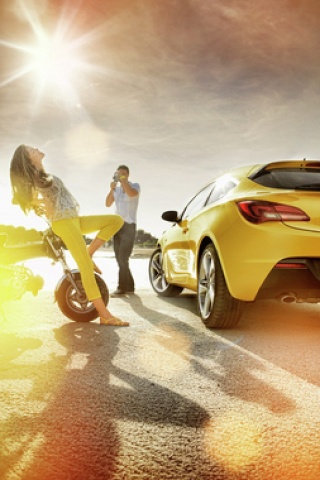 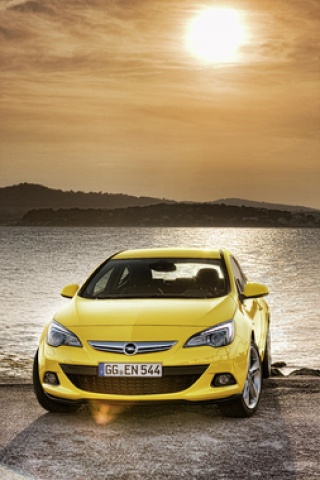 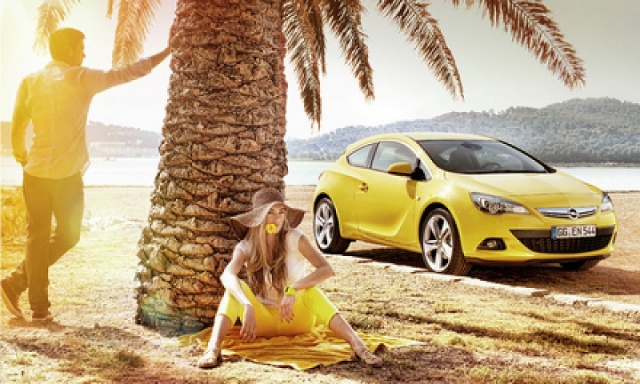 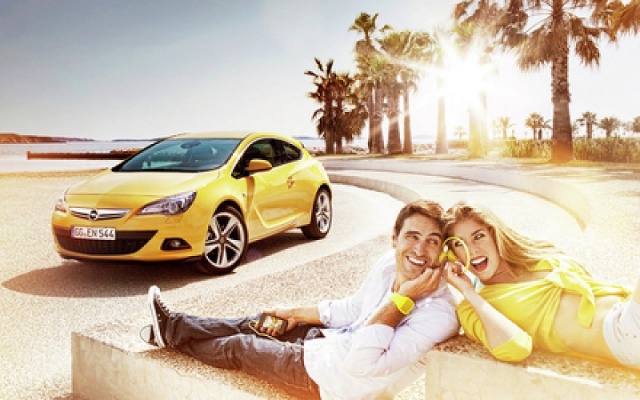 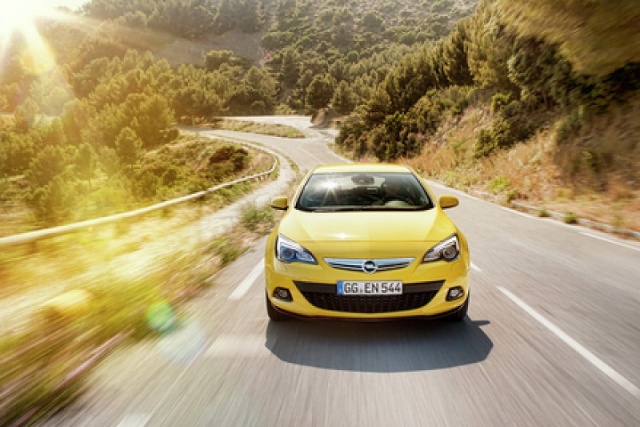 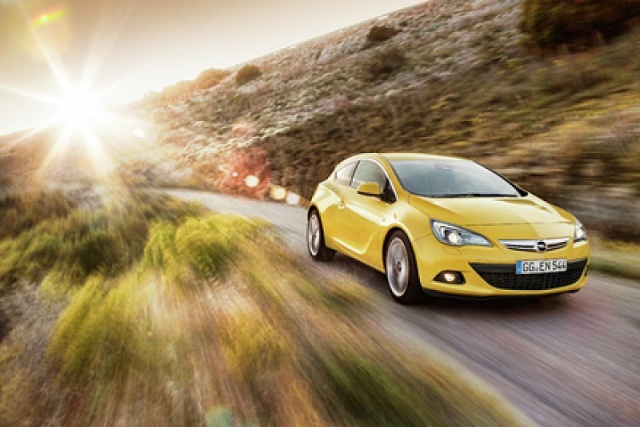 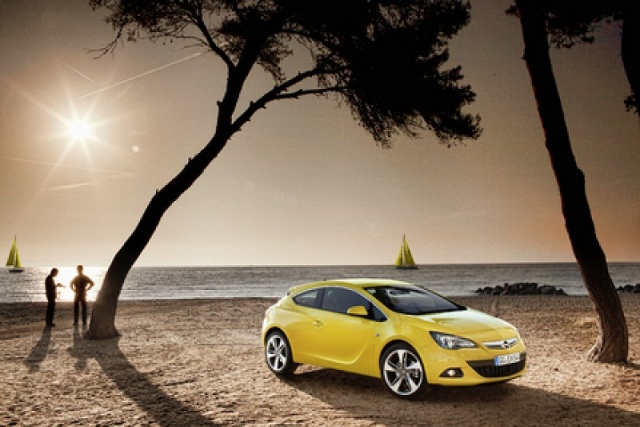 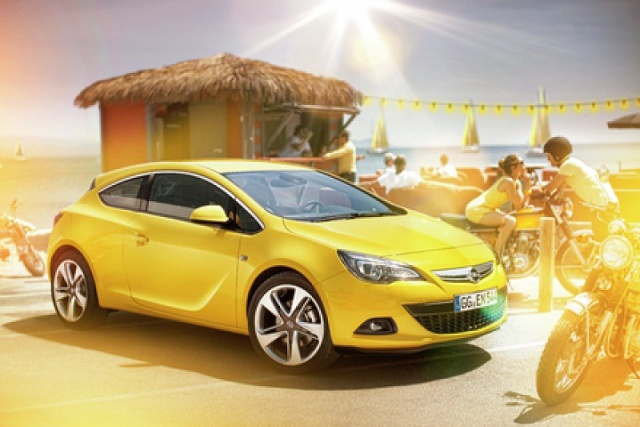 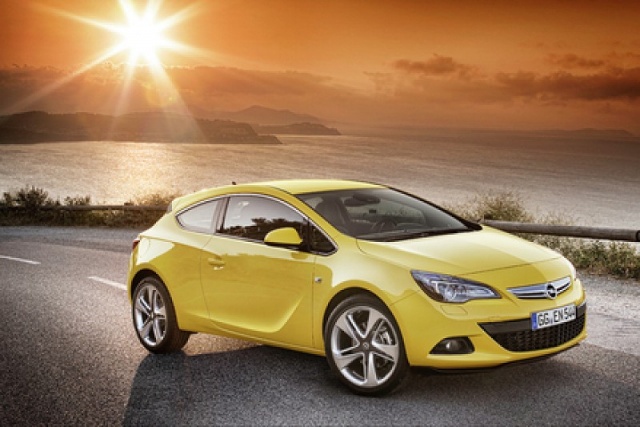 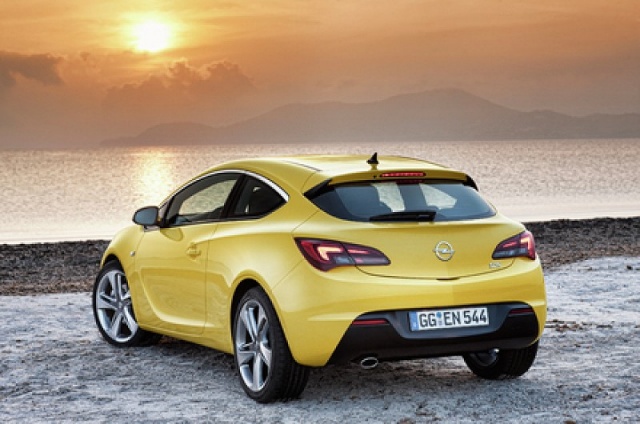 Three-door variants of existing hatchbacks are rarely the most significant models on our radar, but the Opel Astra GTC is a bit different. Far from being two doors short of a full complement, it's been completely redesigned and looks much snazzier for it. Order books open this December.

There's more to differentiate the GTC from the five-door Astra than you'd expect. Some of the differences are subtle but the body is totally different, with wider haunches, shapely flanks and a squat stance rendering it by far the most aggressive of the pair. Apparently only the door handles and roof aerial are shared.

The cabin is more uniform, decked out with familiar Opel switchgear, but it's comfortable and, for the most part, well finished. On the downside, rear visibility is still lacking and there's less space for back seat passengers than you'd find in the five-door model.

First impressions of the GTC showed that it has the competition licked when it comes to refinement and comfort, but it isn't quite the all-engaging warm hatch it's billed to be. Ride and grip are its strongest suits - it remains thoroughly planted during tight bends and there's very little body roll, courtesy of the firm's ingenious HiPerStrut (High Performance Strut) front suspension system. The steering is accurate but it just doesn't have the kind of satisfying communicative feeling of the best coupés out there. There's an optional FlexRide adaptive damping system that adds Sport and Tour modes, which sharpen and soften the GTC accordingly. It's at its best in the standard setting, though, so we'd steer clear.

We spent the majority of our time with the 165hp 2.0-litre CDTi engine, which is relatively efficient, frugal and brisk. Smooth and progressively potent at low to mid revs, it becomes noisy in the upper echelons, which is nothing new for an Opel diesel. Two versions (120- and 140hp) of a turbocharged 1.4-litre engine are also available and a new 1.7-litre CDTi unit arrives in January in 110- and 130hp guises bringing Band A option. Enthusiasts will like the 180hp turbocharged 1.6-litre version, though it's unlikely to make an impact on the Irish market.

Opel has been sensible with the Astra GTC's pricing. Two specifications are offered for now: Sport is the entry-level trim with 18-inch alloys as standard, along with air conditioning, cruise control, a CD stereo with steering wheel controls, DAB and a USB interface. The cheapest model is the turbocharged 1.4-litre petrol version with 120hp, which comes in at €22,995.

There's a €2,000 step up to the SRI level across the range bringing with it upgraded seats and interior, a leather steering wheel, auto wipers and lights, front fog lights, an electric handbrake and dark tinted rear windows. The most expensive model for now is the Astra GTC SRI 2.0 CDTi 165 Auto, which costs €30,495.

Opel has confirmed that a hot OPC version is due in mid 2012. It will be packing something like 300hp and dressed up in the usual sharp-edged body kit reserved for Opel's performance models.

It's still a way off the best Renaultsport models out there for sheer entertainment - and even a smidgen less grin-inducing than the Focus (of which there's no three-door variant yet) - but the Opel Astra GTC is an accomplished warm hatch. Comfortable, refined and a capable handler, the redesigned body and in particular the rear end make it look the part. Well worth a look if a stylish and usable three-door is on the agenda.