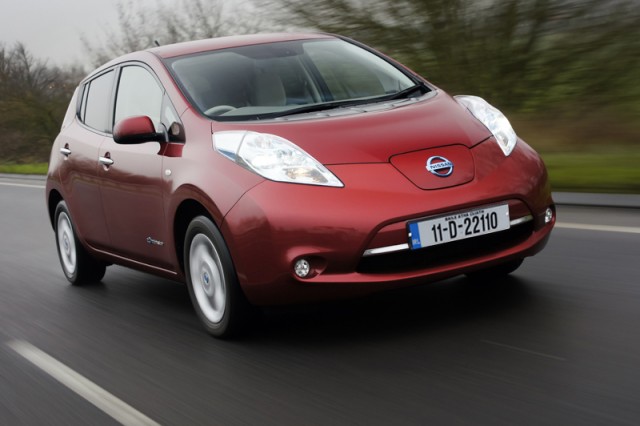 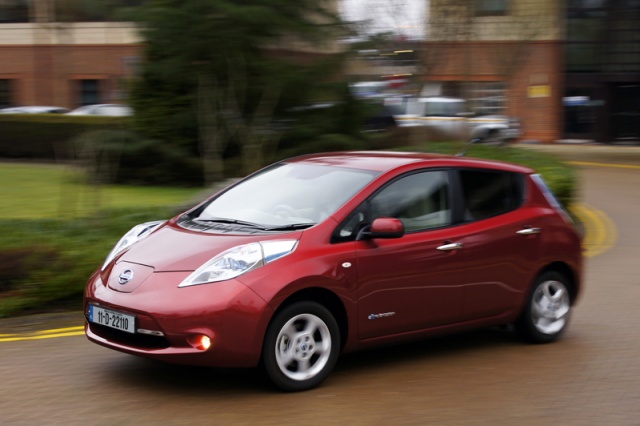 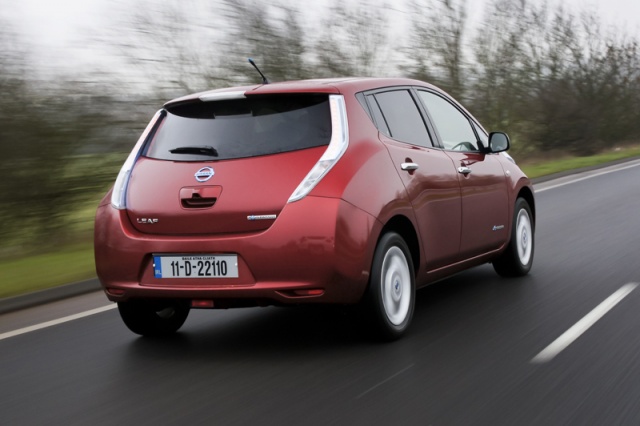 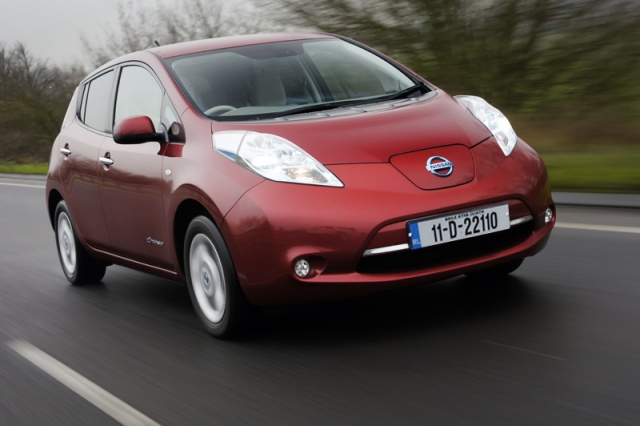 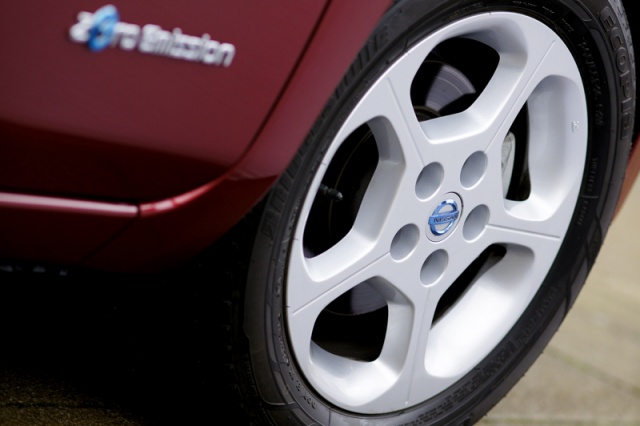 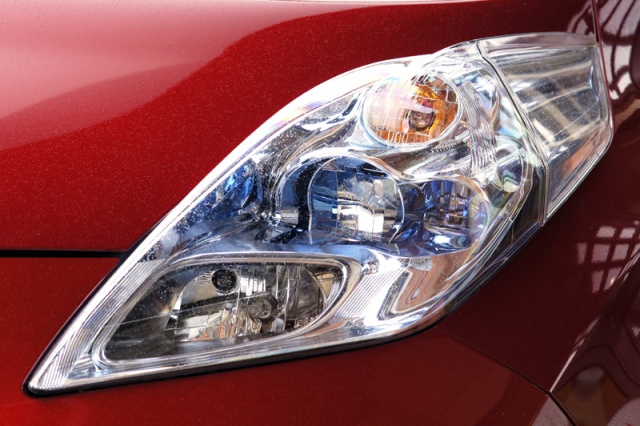 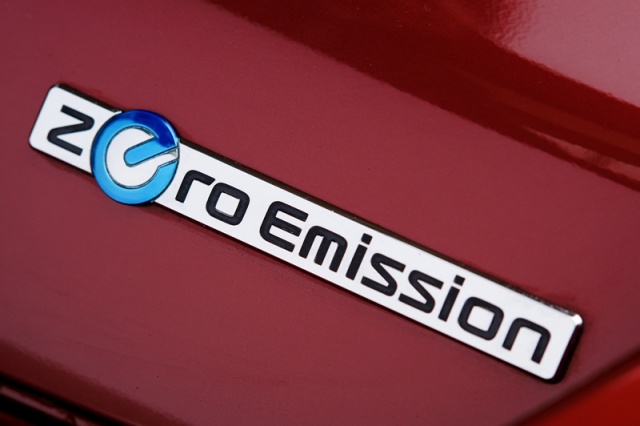 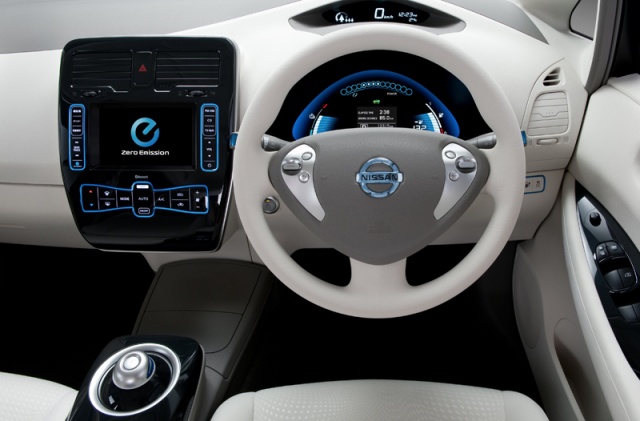 Is the new Nissan Leaf a proper alternative to a regular car? Yes, we reckon it is!

It has been a long time in coming, but the Nissan Leaf has finally arrived on sale in Ireland. We’ve spent a few days trying it to see is it is a real alternative to a ‘normal’ car.

The Leaf probably isn’t the prettiest car we will drive this year, but then again, there really hasn’t been much talk about the design when all the clever stuff was going on under the skin. Nissan has decided to make the Leaf as normal-looking as possible and to be honest it probably doesn’t look all that different to the Tiida hatchback in its basic concept, although it is a much better-looking car than the Tiida. But pained in regular colours the car is from the outside at least, a regular 5-door hatchback.

We love the interior of the Leaf. It is futuristic without being over-the-top. The centre console is dominated by a large screen, where the navigation system lives, but it is also where you will get the all-important information on how the car’s energy supply is doing. You can check using the navigation where the nearest charging point is and that is handy when you start to run low on charge. Turn on the Leaf using the Stop/Start button and it sounds like a computer starting up – there is a series of bings and then you are ready to go. It is silence until you move off and only then do you hear the faint turning of tyres, little else.

Well this is obviously the really clever part. The LEAF stores its energy in 48 lithium-ion battery modules with four battery cells inside each module. They fit snugly beneath the floor of the car, meaning there is lots of space in here and there is a low centre of gravity too.

There is an 80kw electric motor - that is about the same as 108hp in a conventional engine but there is 280Nm of torque, which is about the same as a good diesel. But the power and torque is all delivered instantly - and silently. The transmission is basically a small, stubby controller where you push it forward to engage reverse or down once for Drive and another time for a special ‘Eco’ mode that drains electricity from the batteries as frugally as possible.

The Leaf isn’t a car that will be bought as a sports car or for its handling prowess. But the thing is, that because of the packaging of the car with the batteries laid flat on the floor of the car, that it is nicely balanced. It is a very easy car to drive and the steering feel is surprisingly good given the fact that nothing in this car feels any way mechanical. It is incredibly comfortable, and the fact that it is so silent means that it feels very refined. We tend to measure the quality of luxury cars by how quiet they are – when you get a car that is totally silent then it feels first class.

The Leaf isn’t cheap. We know that with the €5,000 government grant the car is €29,995 and that will most likely now it seems apply to just 1,000 buyers. Before you start that is a pricey car, and you would get anything from a fully laden Volkswagen Passat, Audi A3 or BMW 1 Series for the same sort of money. You get a lot of equipment thrown in though, with cruise control, satellite navigation, xenon lights, parking sensors and a Bluetooth hands free car kit all as standard.

Right, so how is the all-important range? We collected the Leaf in Dublin and drove it down the M1 to Drogheda, cruise control set to 110km/h. Upon collecting the car, the projected range was 140km. My destination was 64.8km away. We set the cruise control on the M1 at 110km/h and arrived at our destination with 60km left on the range. We had only ‘lost’ around 15km on our range despite driving at motorway speeds. Mission accomplished. From here we drove into town for some errands, and through regenerative braking and some careful driving actually made up 5km in 20 minutes. We came home with more charge than when we left. Plugging the Leaf in at home is easy. Although the charging point, which the ESB had installed for us was now not the right one for Leaf, an adaptor sorted this (new customers won’t have this problem) and blue lights on the dashboard illuminate to show the car is charging. We recharged the car to full in just three hours, which really wasn’t bad, the last 20 per cent of charge takes the longest apparently. Fast charging points, which will be dotted around the country will charge the Leaf to 80 per cent in just 30 minutes, according to ESB ecars. It will cost you €2 to charge the car at home at night or €6 at a fast charging point. Taking the at-home figure and being conservative with our maths, 800km in a Leaf (average range of a combustion engine) would cost you around €10-€12. Of course, this won’t suit everyone but the car works really well within its limits.