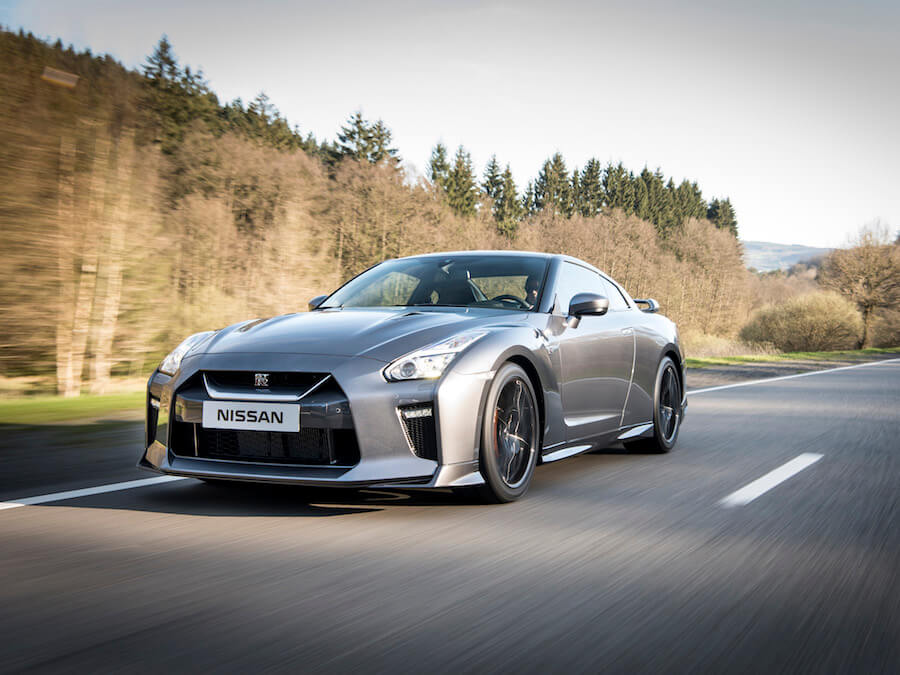 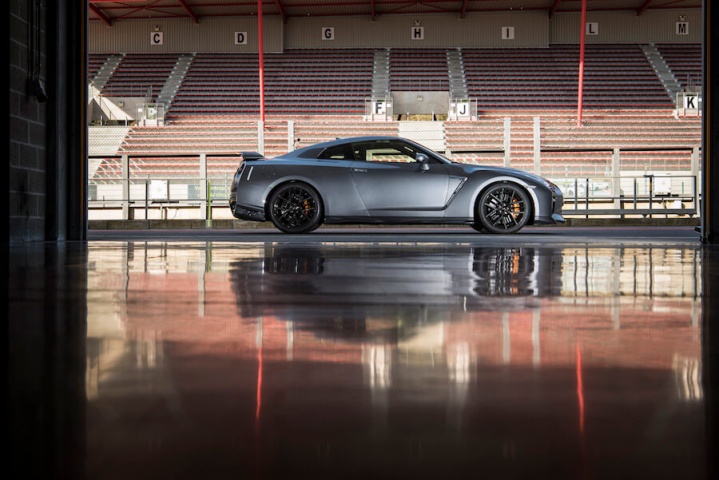 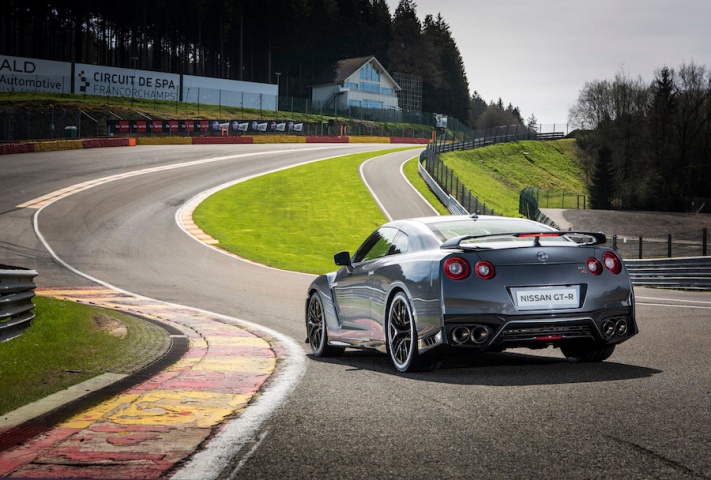 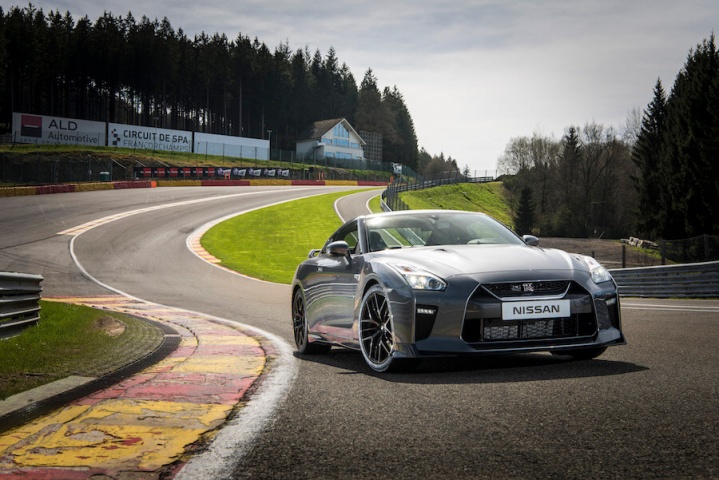 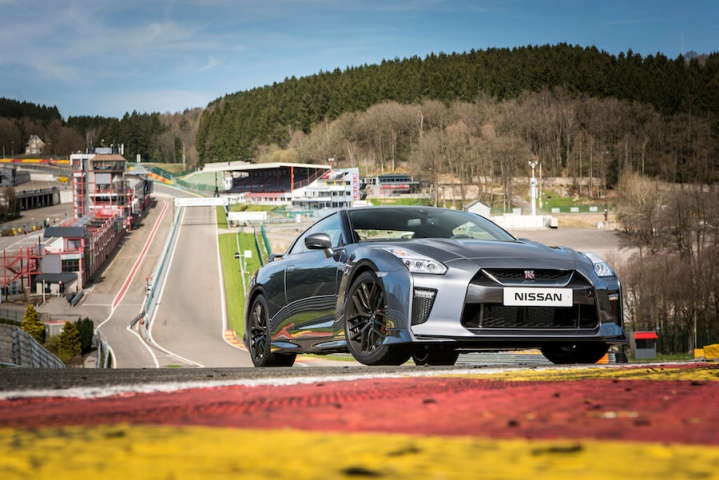 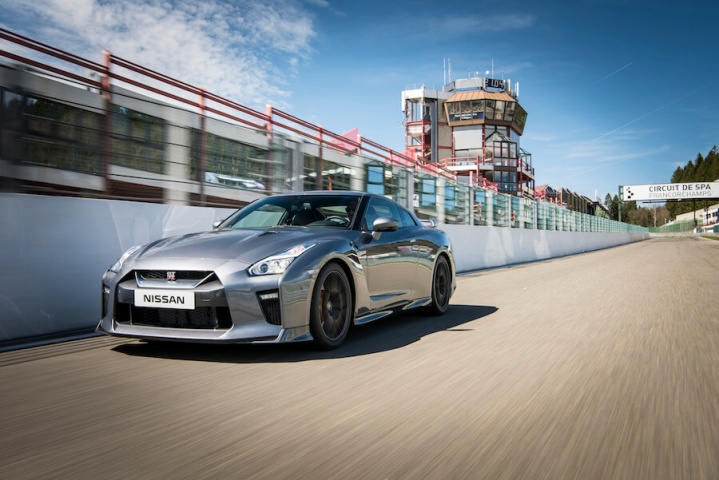 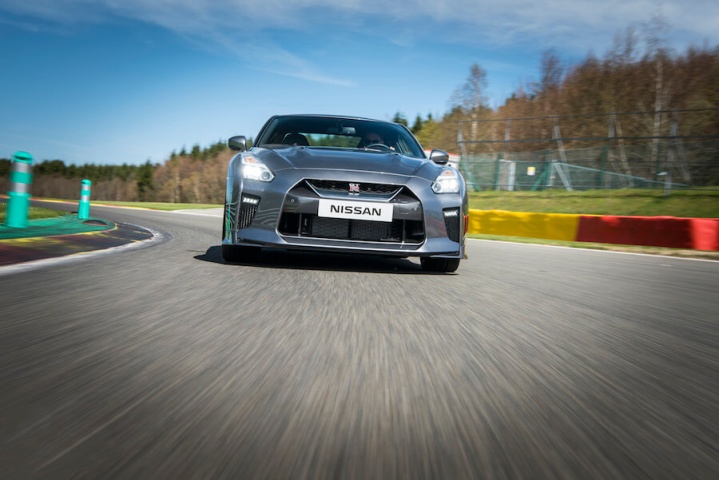 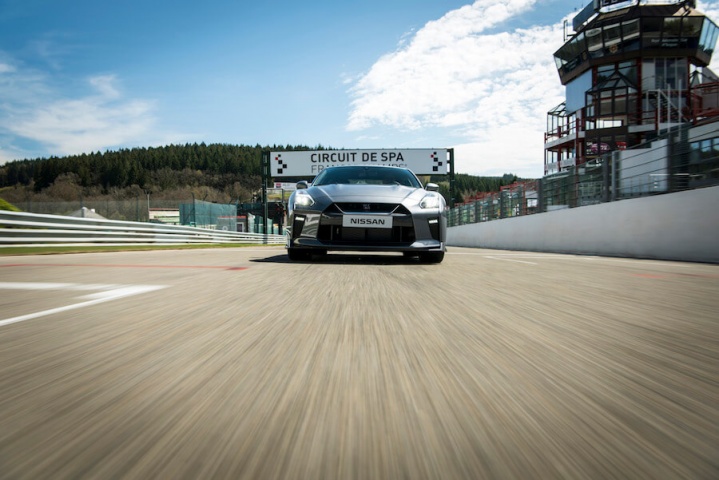 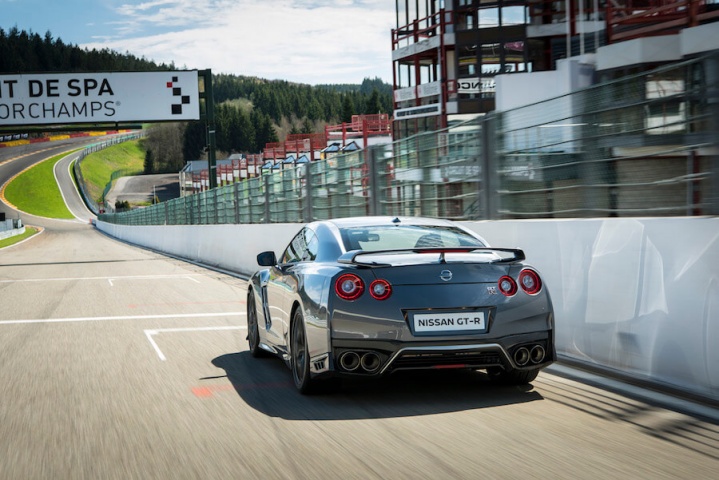 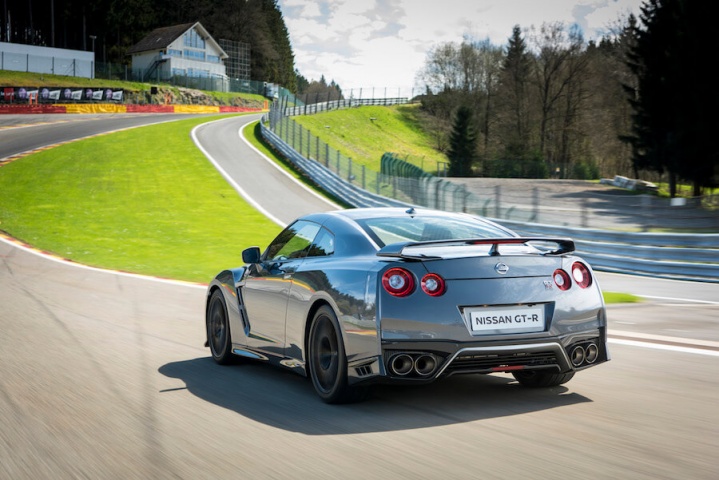 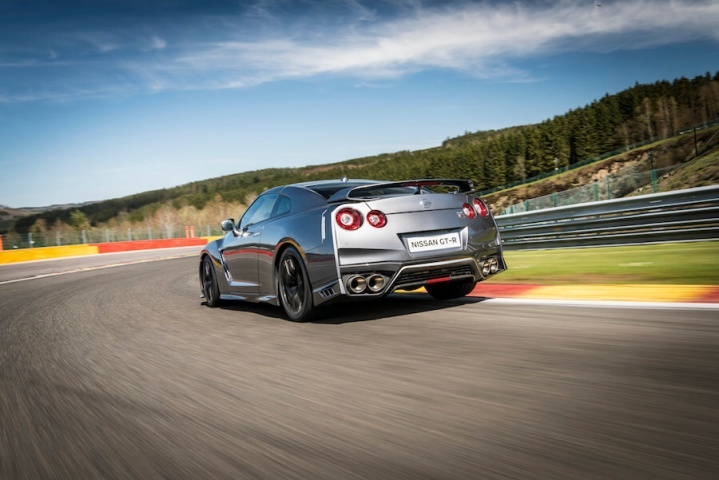 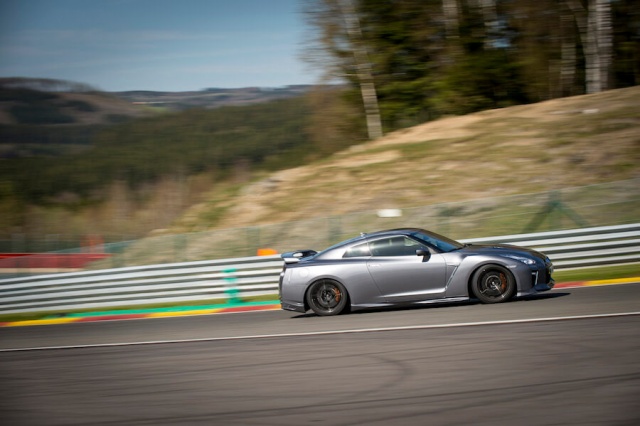 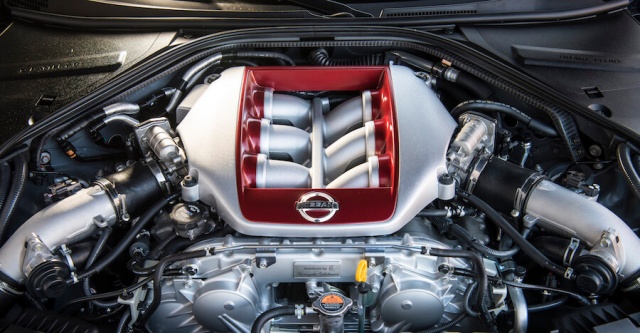 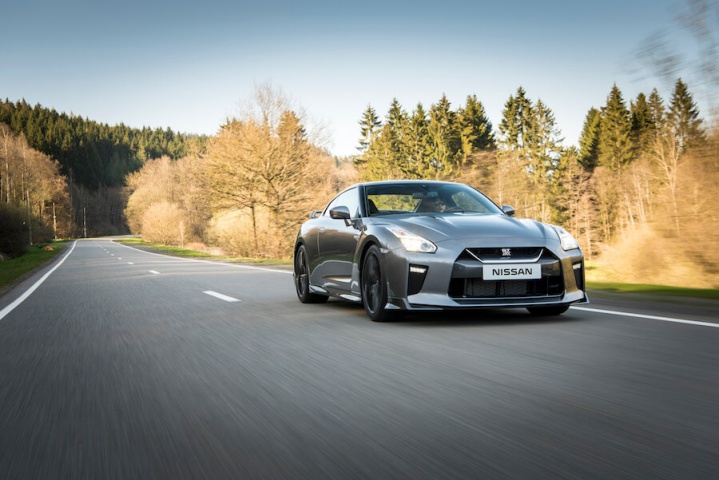 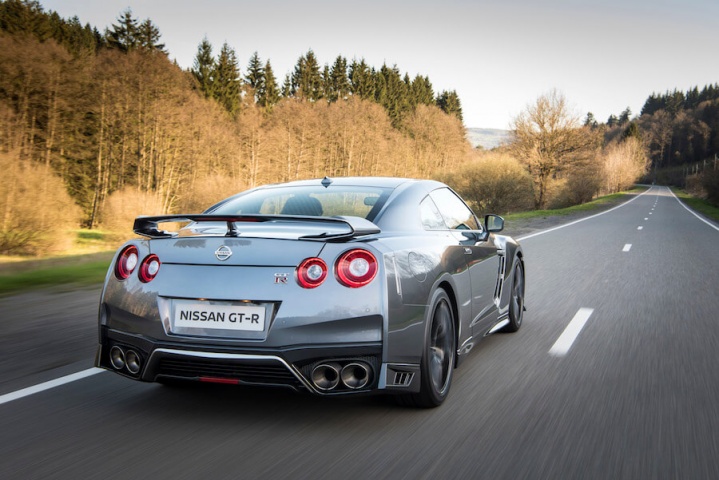 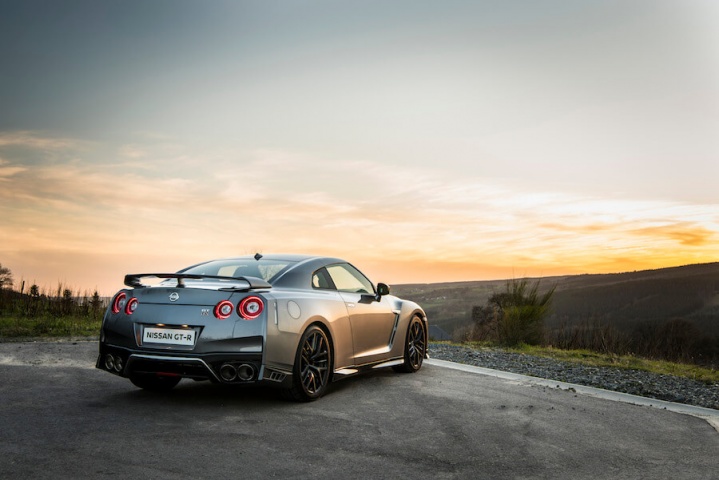 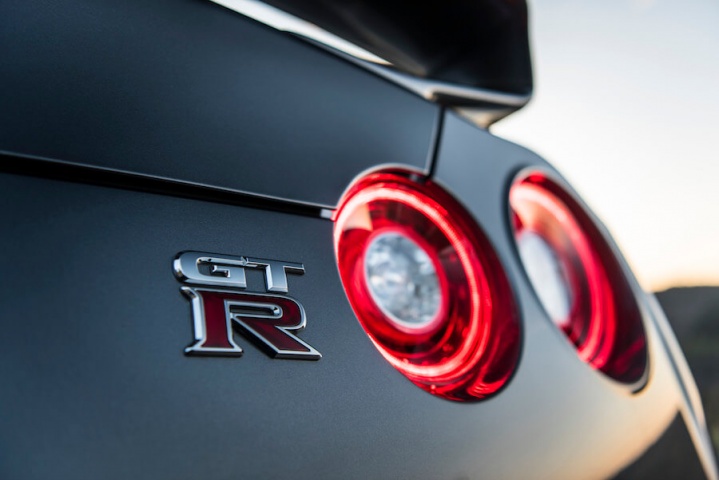 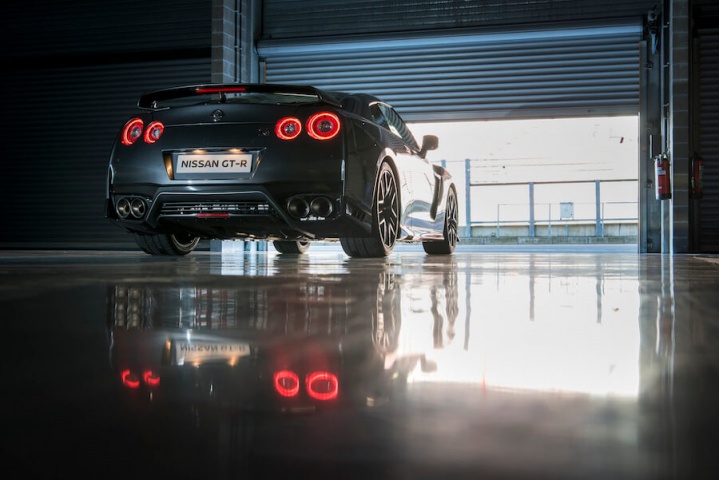 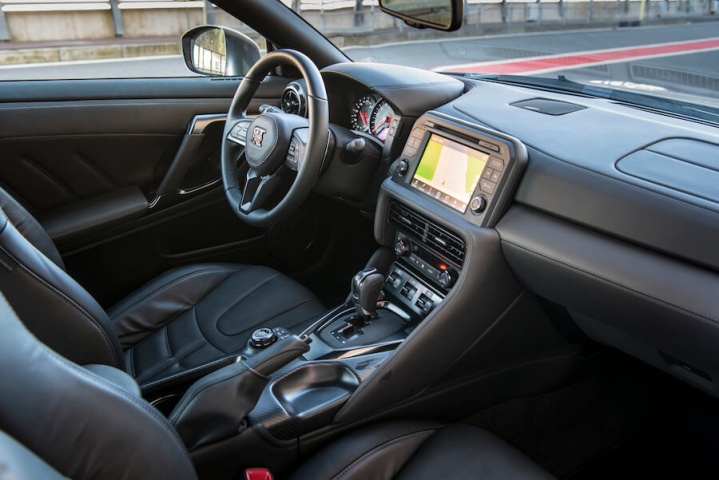 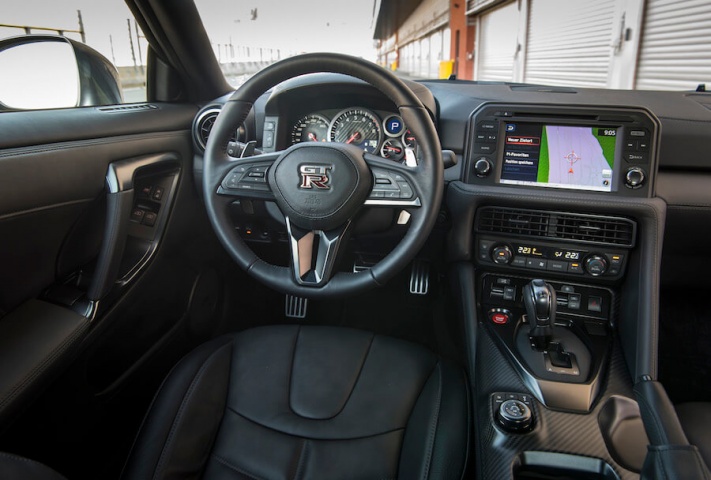 Godzilla gets a re-fresh, and not before time, as the R35 Nissan GT-R was launched way back in 2007.

Nissan's GT-R sports car has been extensively overhauled for 2017, with more power, greater comfort, increased luxury and the same massive performance as before. It might have been around a while, but it's not going anywhere yet, and still offers a huge amount of ability for your money.

It's a new GT-R coupe, says Nissan, only you could be forgiven for thinking it looks exactly like the old one. Well, it does, but it's new in the sense that it's been extensively revised, Nissan's changes to its range-topping sports car being the most significant since it was first arrived back in 2007. If you're looking for radical changes though you can forget it, as Nissan's approach to the GT-R's styling is very evolutionary. That philosophy never hurt Porsche... Look closely (very) and you might spot a slightly larger grille and a different profile to the bonnet, which is stiffer by some 33 per cent to improve airflow at high speed. Indeed, as you might expect, all the body revisions have purpose; the new front splitter and the side skirts help reduce turbulent air along its flanks, while the C-pillar has been slightly re-profiled too with the same intent. Likewise the rear bumper, as well as underneath, all working to smooth the air, and in the case of the underside, to help cool the exhausts. Not that you'll notice it visually, but the windscreen surround is new too, adding overall to the body's stiffness. Small, but significant details all round then, but it's not a huge change from the original.

The interior is a bigger departure, with smarter instruments and surface treatments along with revised seats. There's plenty of leather, too, particularly in the Prestige edition, though that model's seats, with their revised seat bolsters, are not comfortable. Better then to spend a bit more for the optional Recaro chairs, as they're far more comfortable, and will hold you in better when the GT-R's doing what it does best. As ever, there's a myriad of screens with all sorts of geeky, Gran Turismo style information, but it's a shame that the graphics are more original Gran Turismo than the latest GT7 PS4 game. The improvements inside, while undoubtedly a step in the right direction, don't take the GT-R into the premium league for tactility, look or, indeed, fit and finish, but fans of the car will appreciate the upgrades.

Nissan's people talk of a new maturity to the GT-R, some civility being added to the beast. For example, the exhaust can be quietened down with a switch and there's active noise cancellation in the cabin to drown out some of the din. It works too, the GT-R living up to the GT element in its name all the better for it, being quieter at a cruise, while the suspension was also revised to offer a more compliant ride without any loss of agility. The net result is, as Nissan suggests, a more user-friendly GT-R, yet one that retains all the ludicrous potential of its predecessor when conditions allow. It's a car you can conceivably have running up near its 315km/h top speed on the autobahn with nonchalance. Part of the launch route took in unrestricted German roads and it felt as unstressed near its top speed as it does trundling around town.

Slight changes to the engine see power grows to 570hp. Enough then. Torque is up marginally, too, and more significantly available over a wider spread of the engine's range. That makes for far better flexibility, the 3.8-litre twin-turbo V6 pulling with real conviction almost regardless of revs or gear. The gearshift itself is improved as well, with a bit less noise from the dual-clutch paddle-shifted system, and those changes to the suspension create a car that carries its speed on rougher roads with greater finesse. All of which makes for an even more rounded GT-R, which was ably demonstrated on everything from those autobahns to typical country roads and some fast laps around Spa Francorchamps.

If there were ever a tough test for a road car, the challenging Belgium track is it. Huge elevation changes, some massive stops and interesting cambers, allied to some very quick corners, make it one of the most challenging tracks there is. The GT-R monstered around with impunity, it remaining freakishly adept at answering everything asked from it. It manages its weight remarkably well, the brakes in particular very impressive in their performance and surprising resistance to fade. The four-wheel drive system (which runs predominantly as rear-wheel drive until it needs to divert torque to the front axle), as well as the clever electronics controlling it and the stability and traction modes, don't make it foolproof, but you can take some big liberties with the GT-R on a track and it's hugely forgiving.

The steering, thanks to the GT-R's age, is a hydraulic system, which is to the benefit of feel. It's accurate and nicely weighted, too and it's arguably the most natural element of the GT-R's make-up. There's always been a feeling with the GT-R that it's a bit cleverer than its driver, and that remains. It's not bereft of feedback, or, indeed, engagement, but neither is it a car that feels particularly natural. Freakishly talented, no question, and ludicrously fast, but against foes it would have once bettered it's not only out-gunned, but out finessed, even if it still looks like a comparative bargain.

The Nissan GT-R has always been a bargain, and even with ten years of price creep under its belt it remains so. There's very little out there that can come close to its ability and raw speed for the money. In regards to equipment that's true, too. You'll want for nothing in a GT-R, it coming with the sort of specification you'd anticipate in a range-topping car. Just avoid those Prestige specification seats if you can; the Recaro option is a bit more, but worth every cent. If you want a slightly more hardcore version the Track Edition will be offered, while there's also a Nismo model in the pipeline if you're determined to spend more.

BMW M6: has the Gran Turismo element covered, and rear-wheel drive, but again the Nissan outguns the big, brutish BMW, pretty much everywhere.

Porsche 911 Carrera 4S: with a turbocharged six-cylinder engine, four-wheel drive and pedigree, the Porsche isn't as quick, but it's more engaging for much the same money.

While the GT-R's an undeniably hugely capable car on track (and everywhere else), it's also one that, for all its ability, lacks the finer detailed control that marks out the very best, most engaging cars out there. It's impossible not to be hugely impressed by it, and the changes Nissan has brought in for the 2017 model year improve it further still. Its appeal, as ever, remains limited to a small audience; even if the revisions to it do give it a broader appeal it's unlikely to draw in customers from elsewhere. If, as is likely, the 'new' GT-R has existing customers coming back for more, then it's a case of job done, a testament to the original's huge over-delivery that it remains a car that's still hugely competitive, if not quite the giant-killer it might once have been.