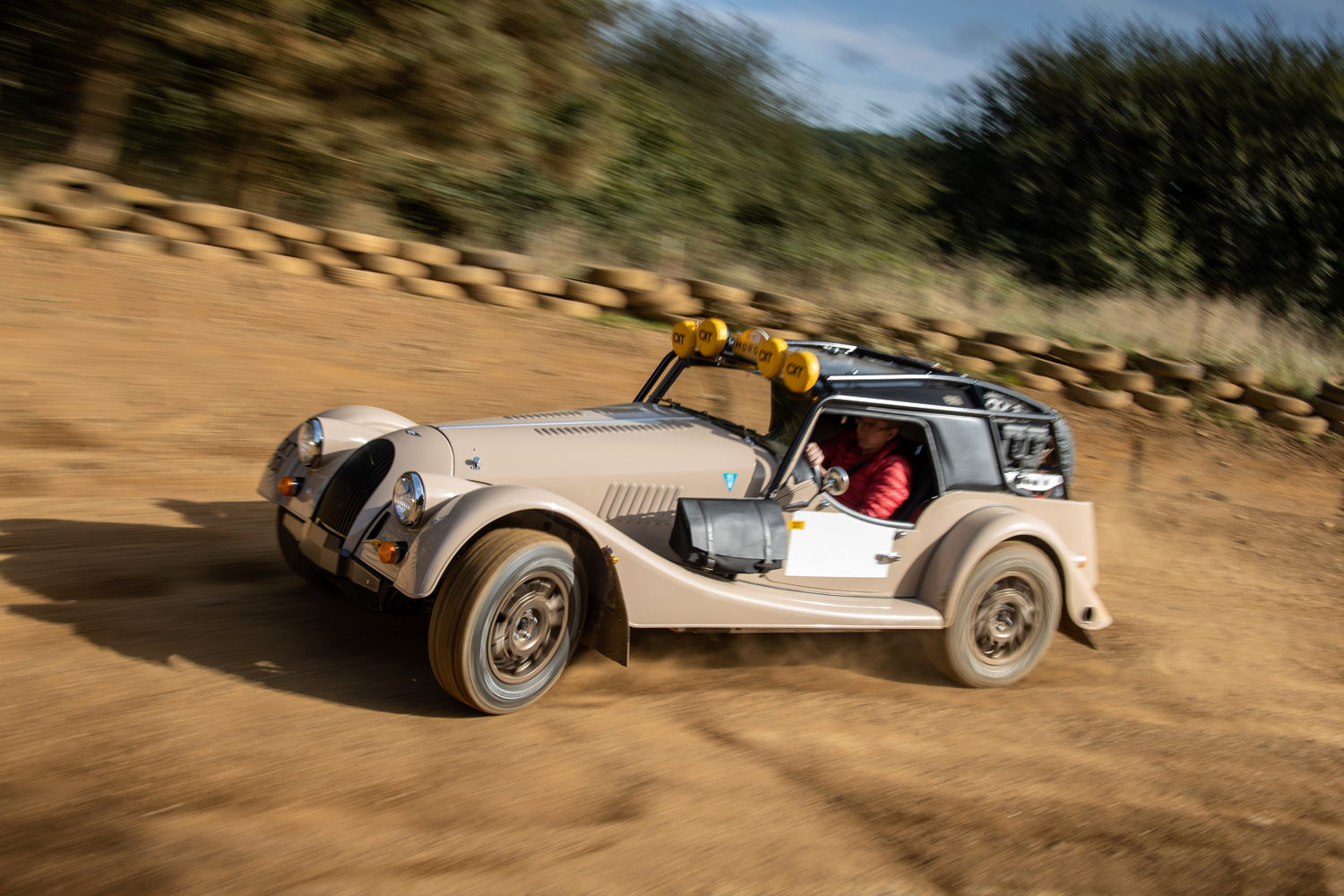 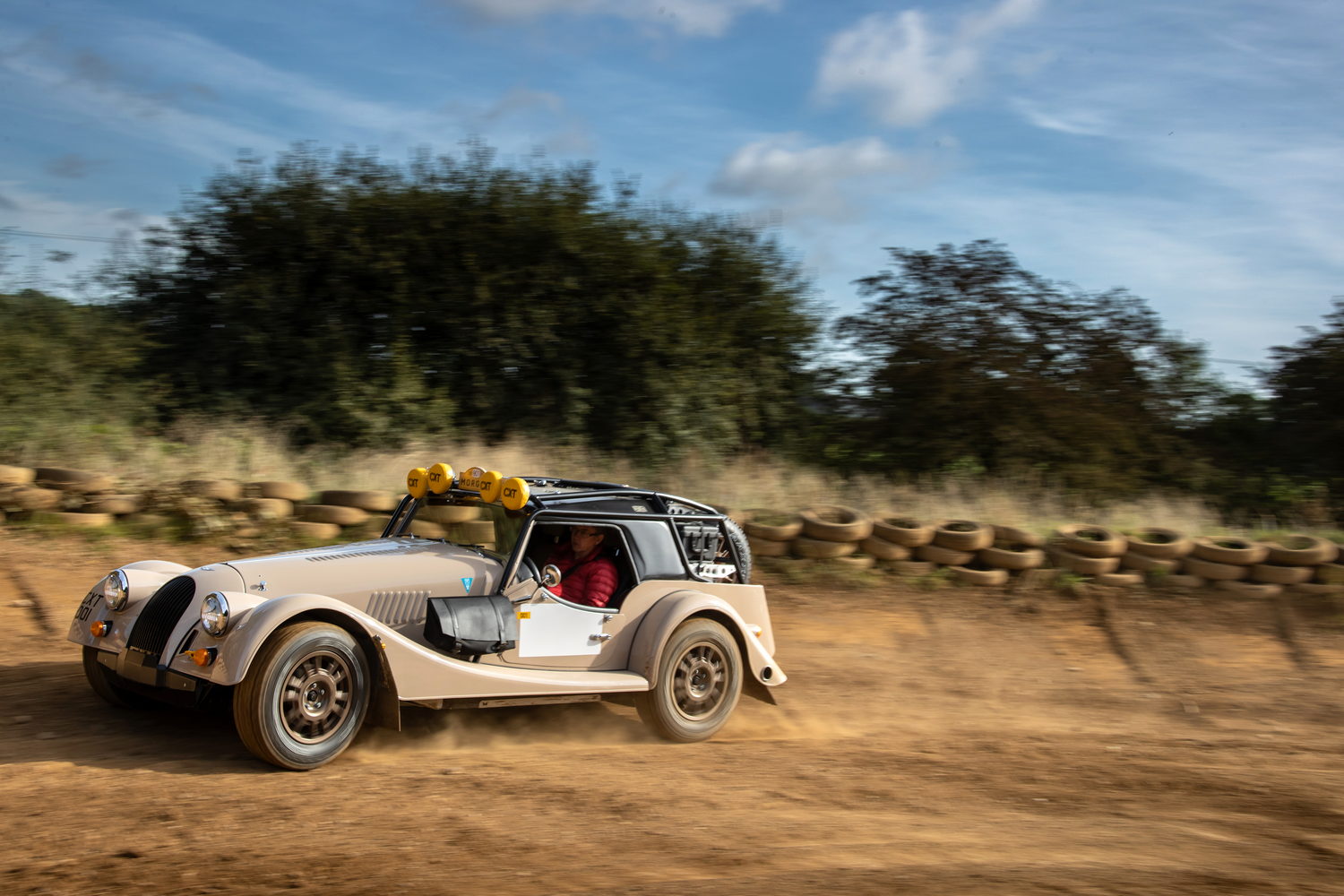 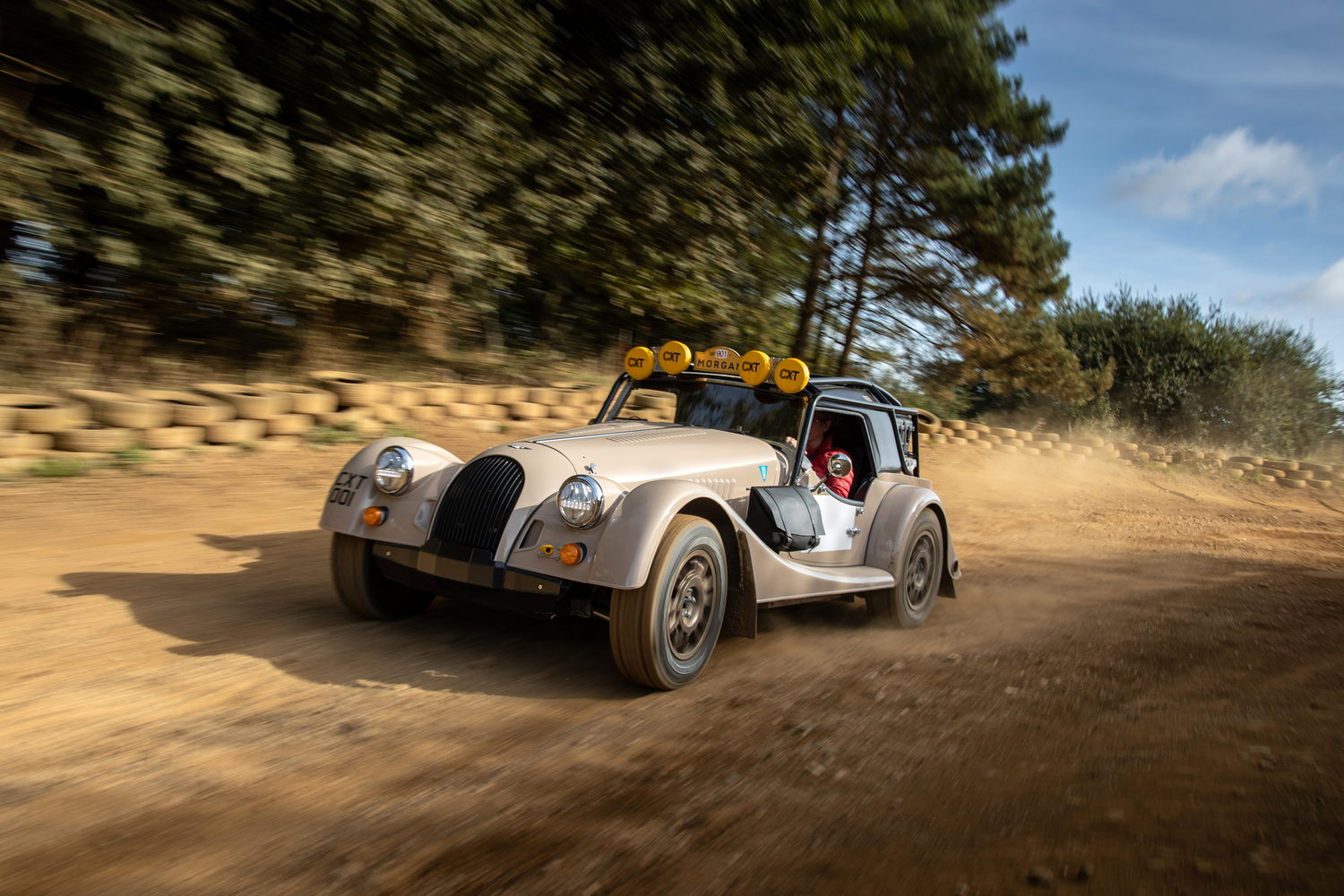 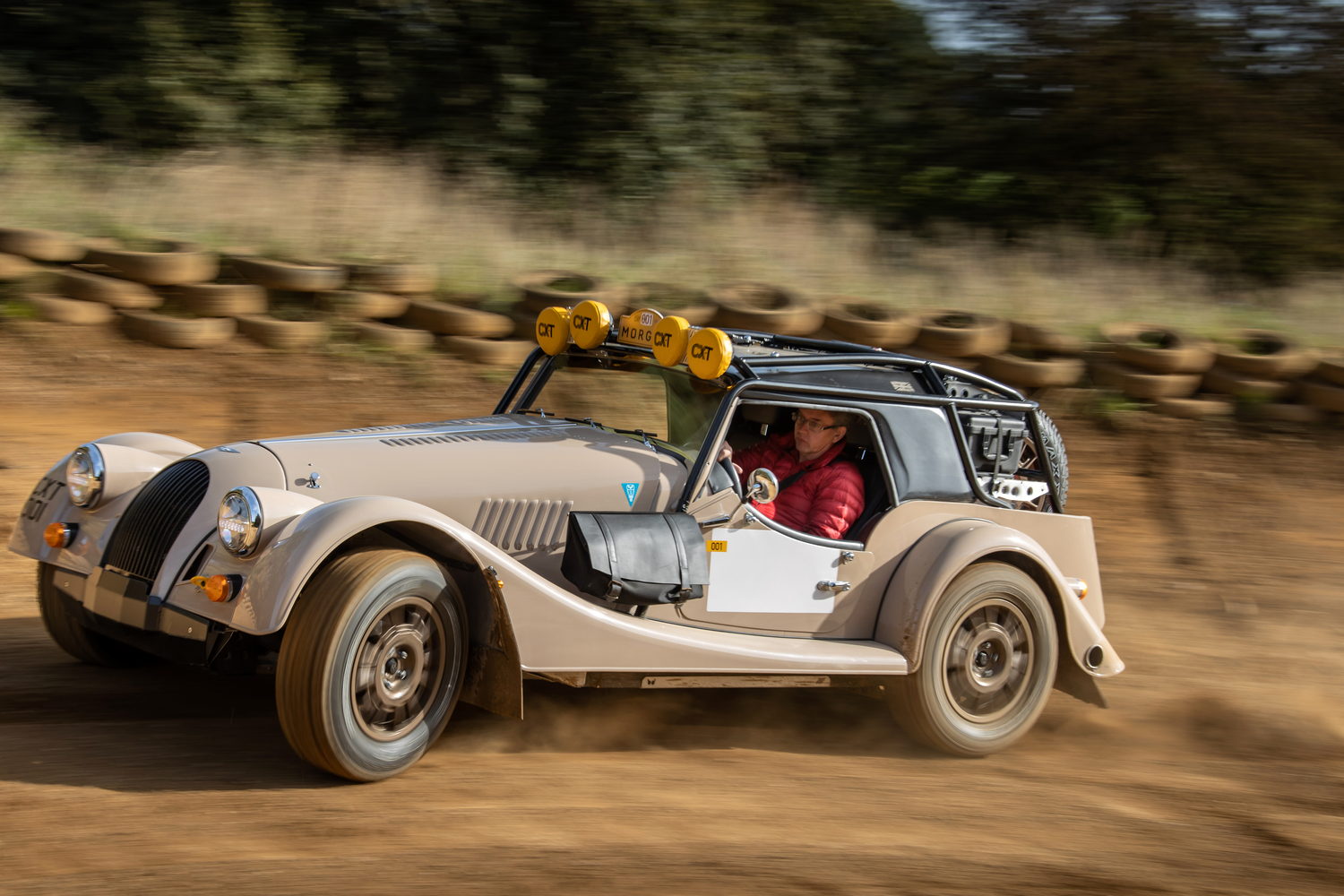 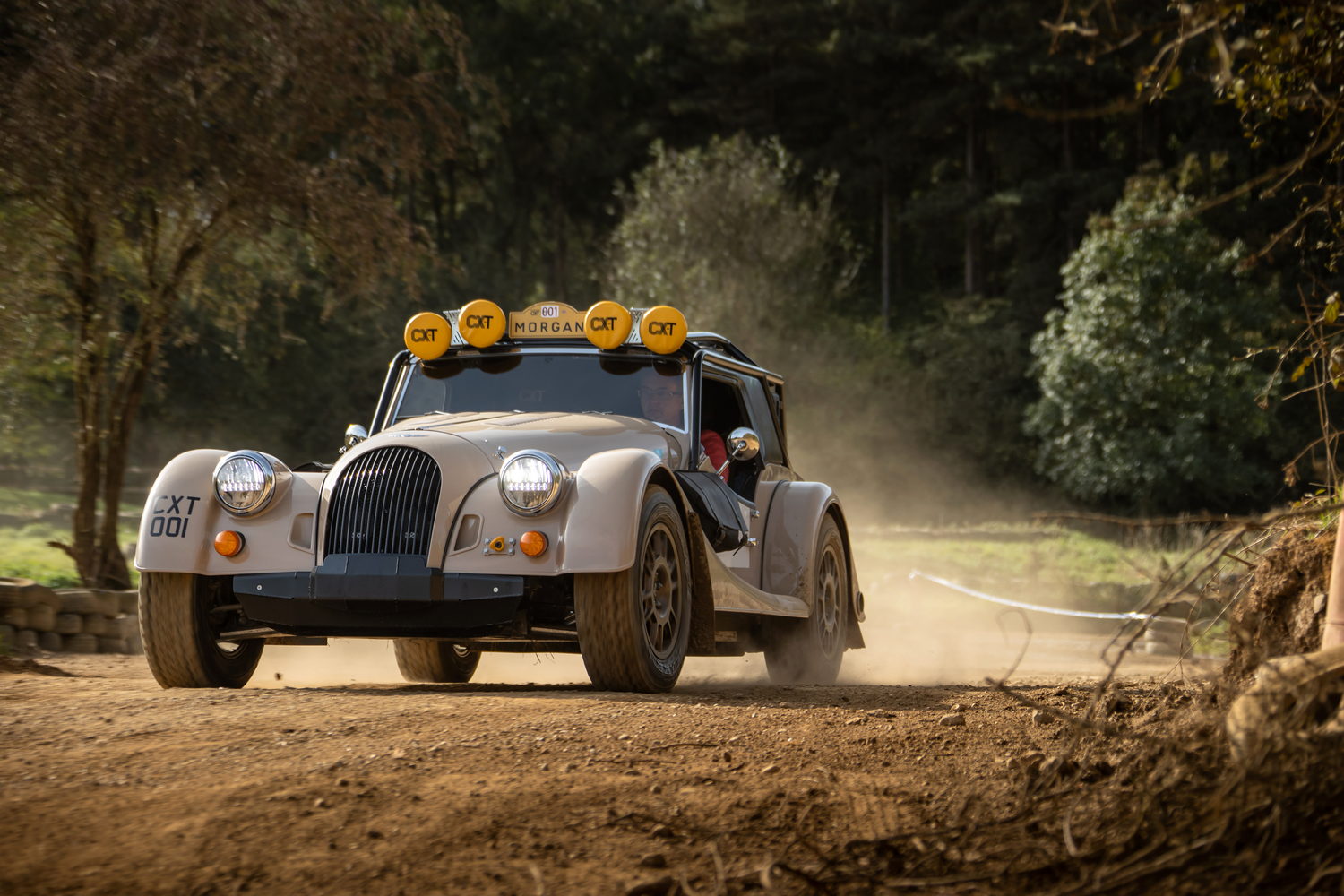 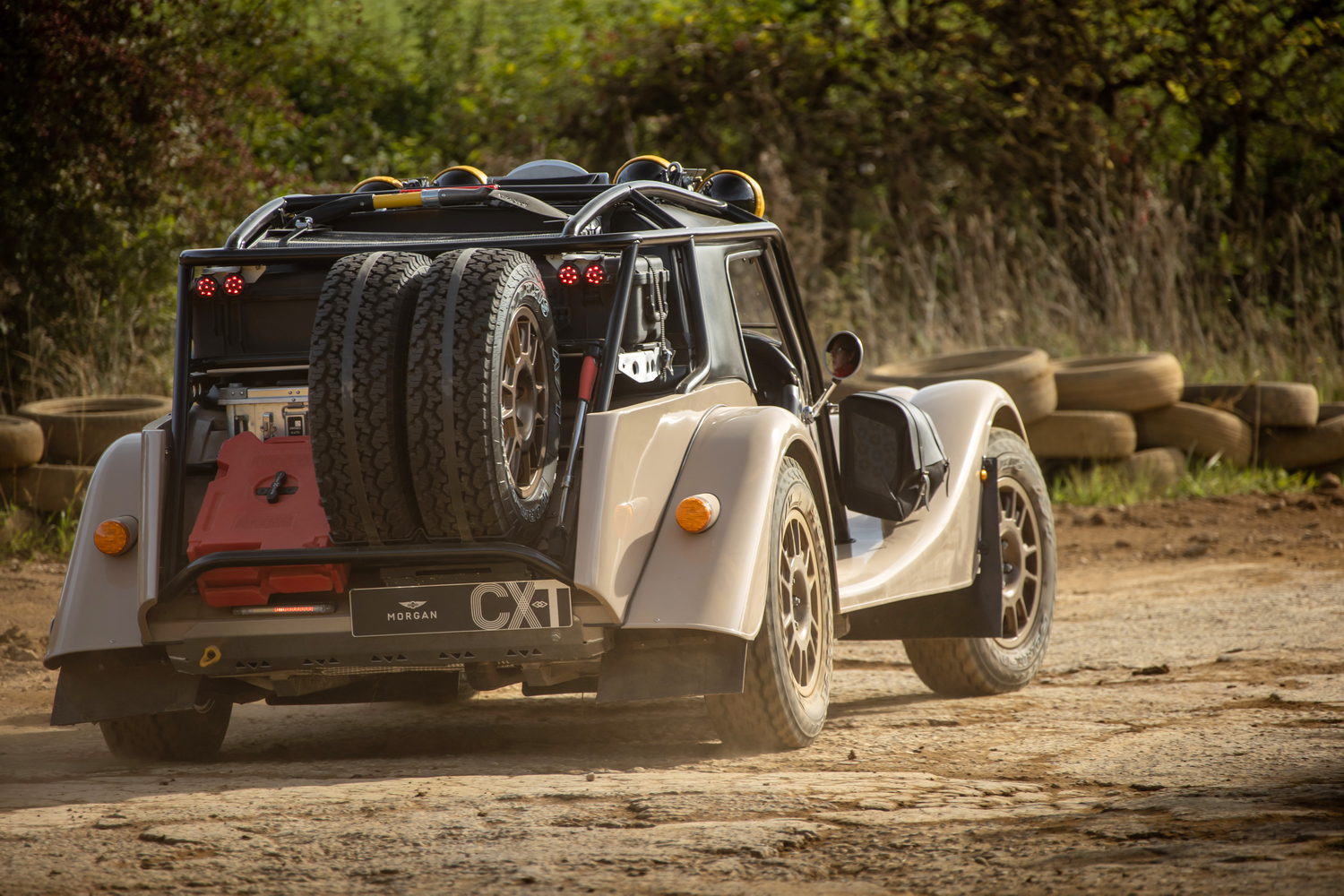 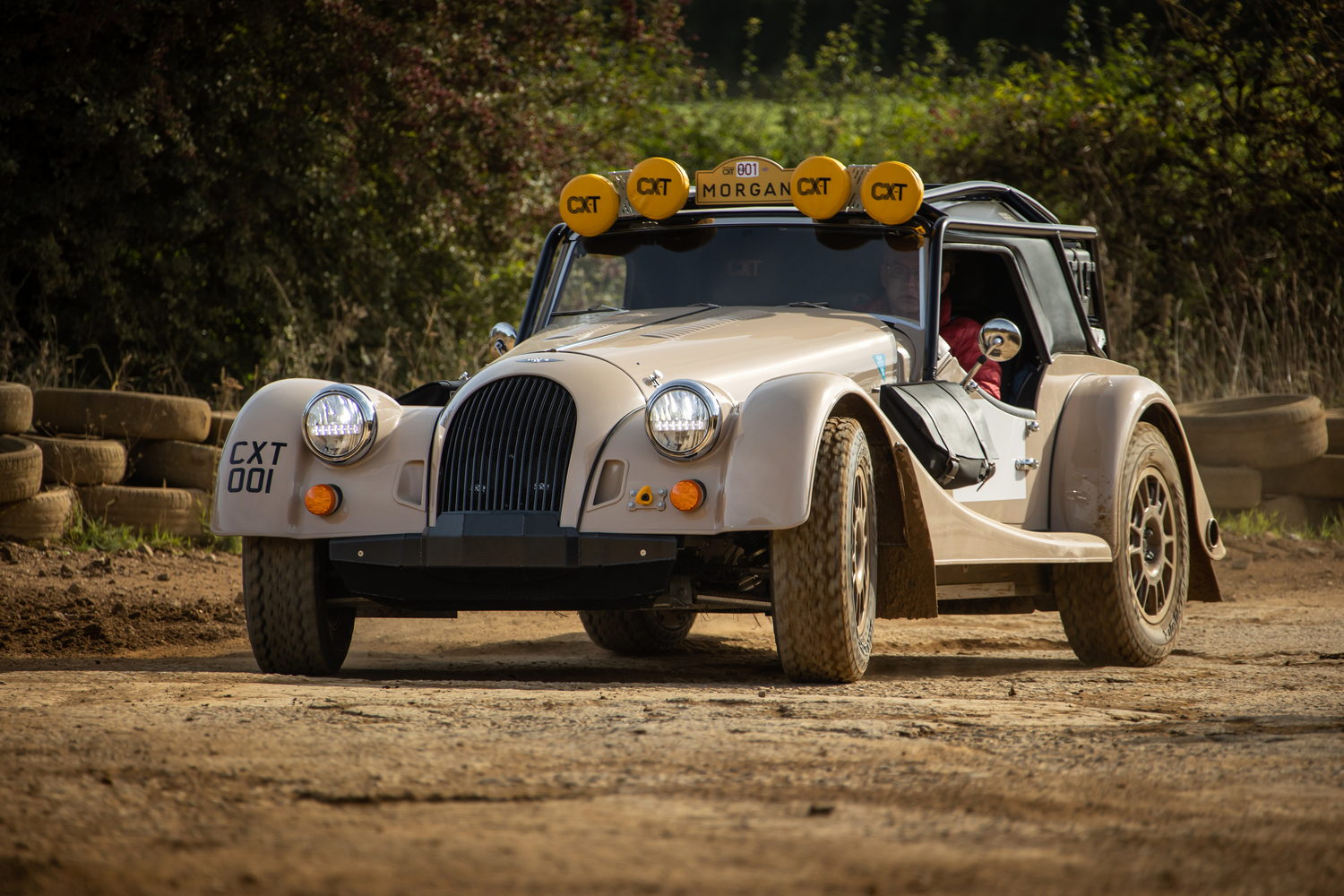 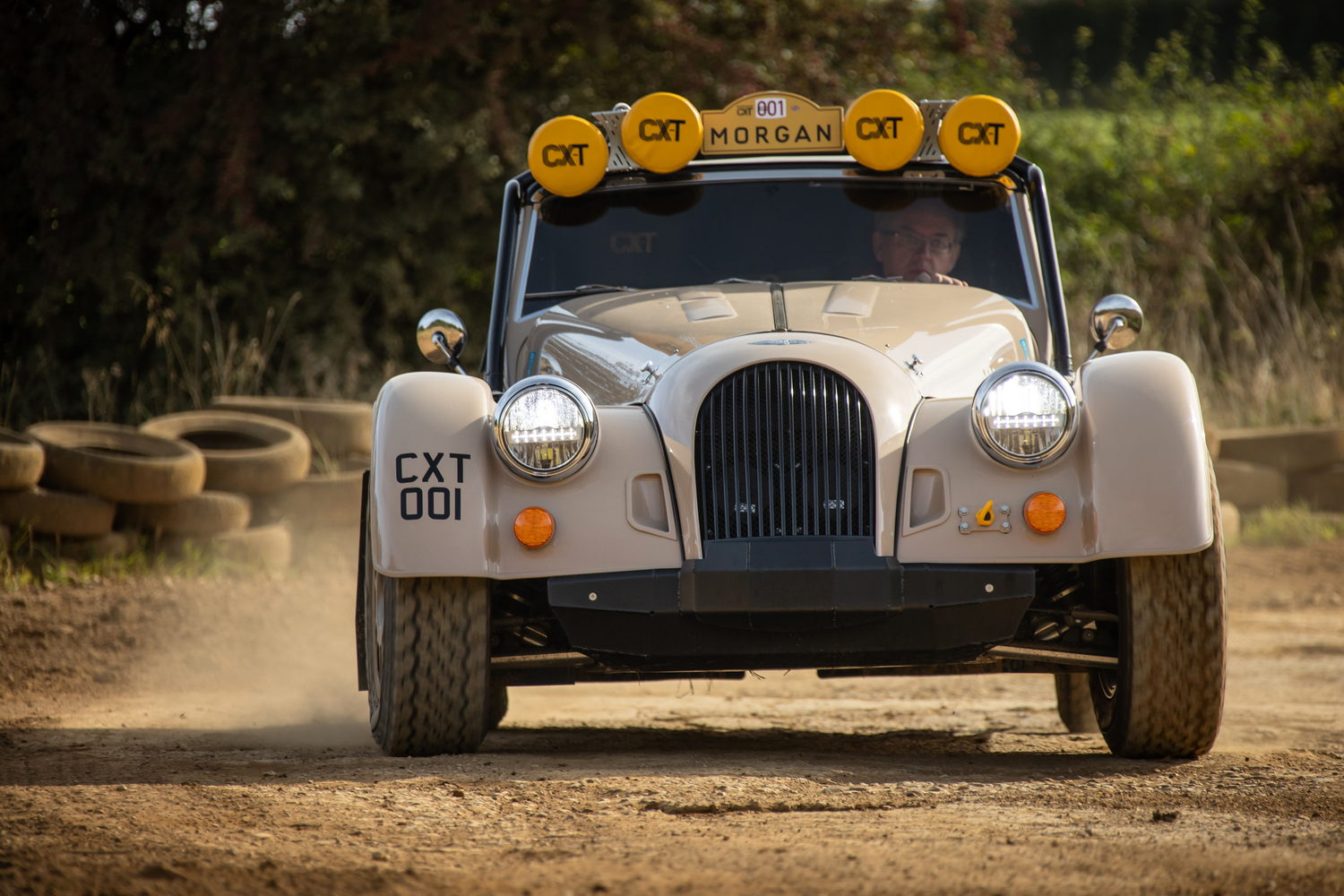 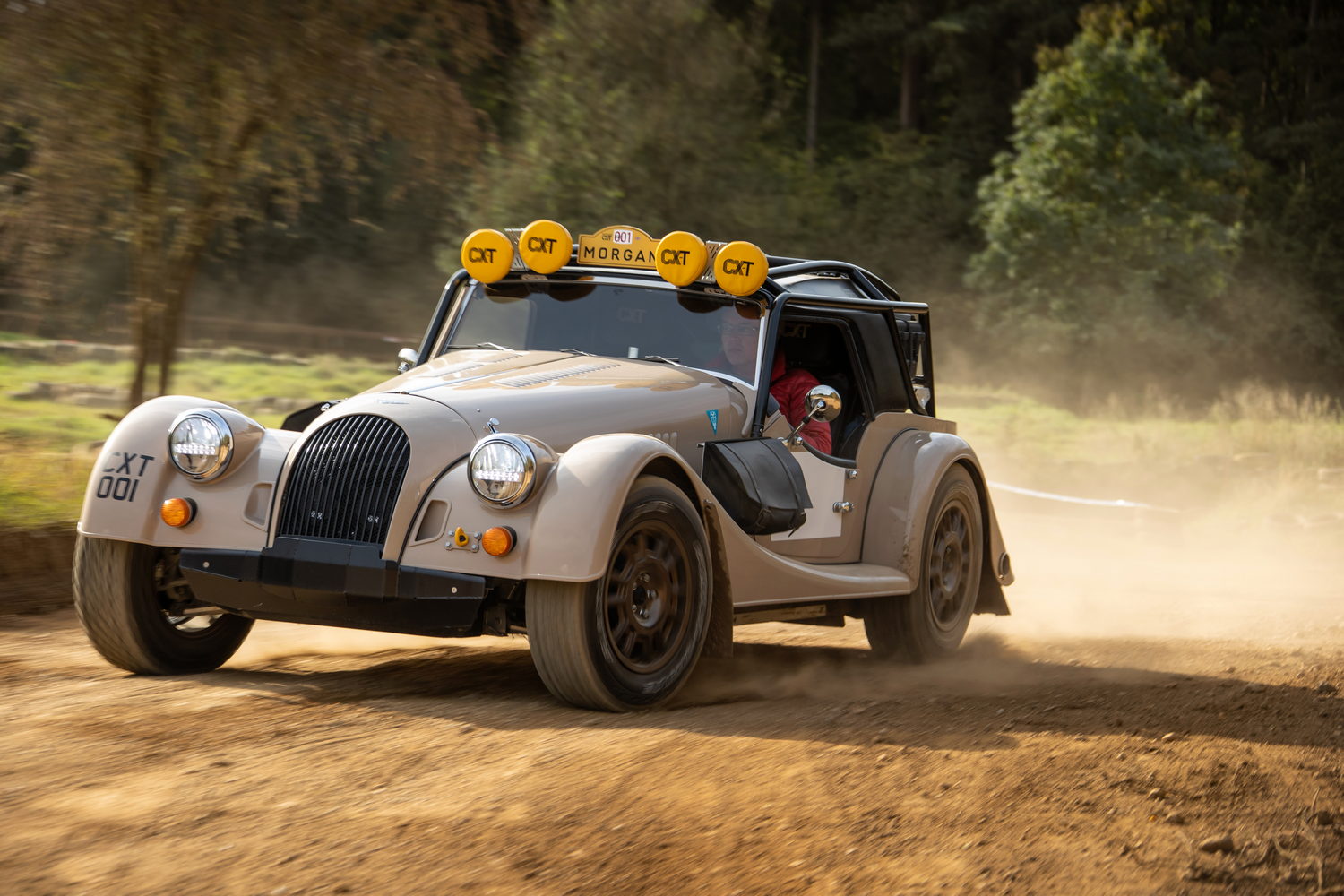 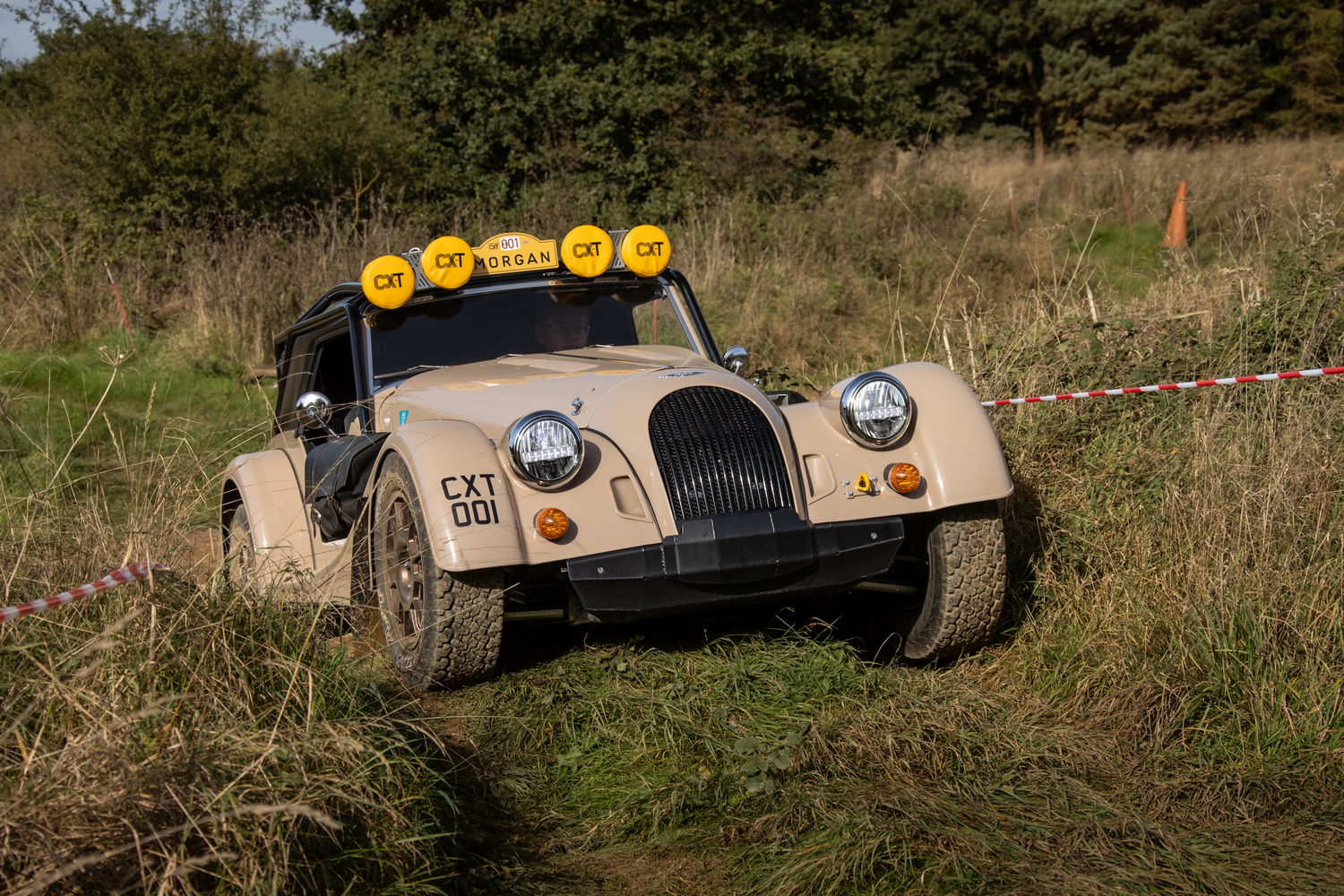 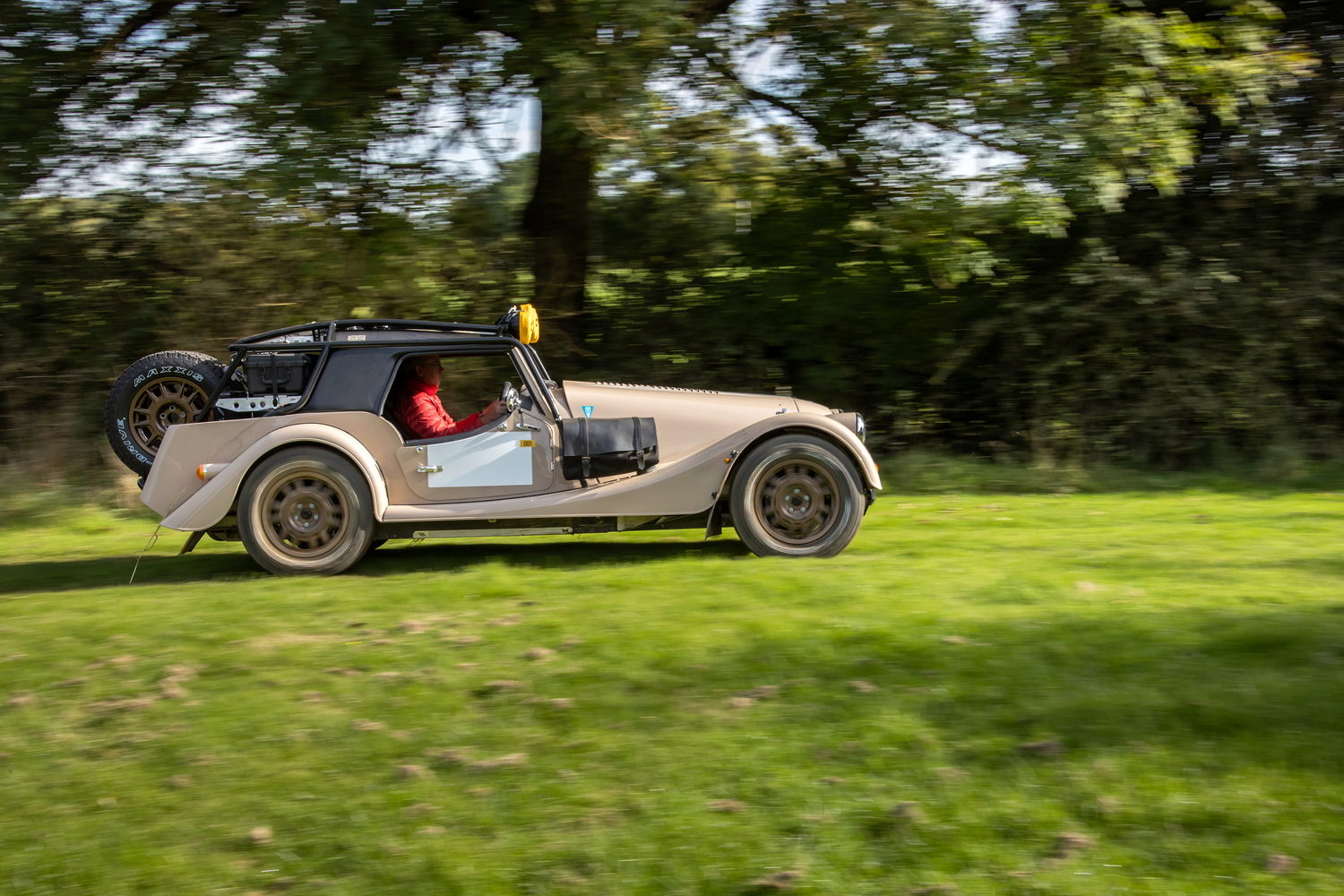 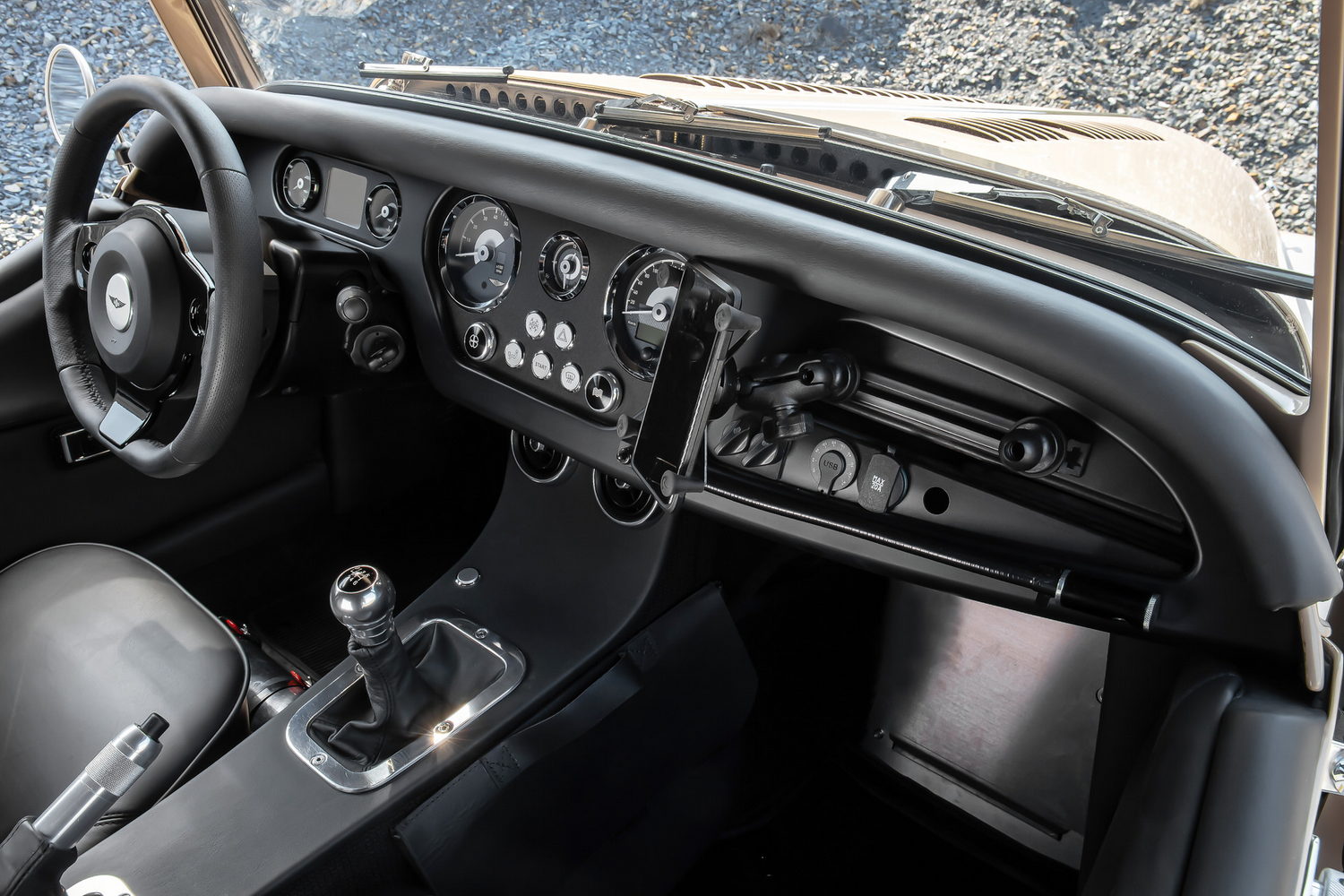 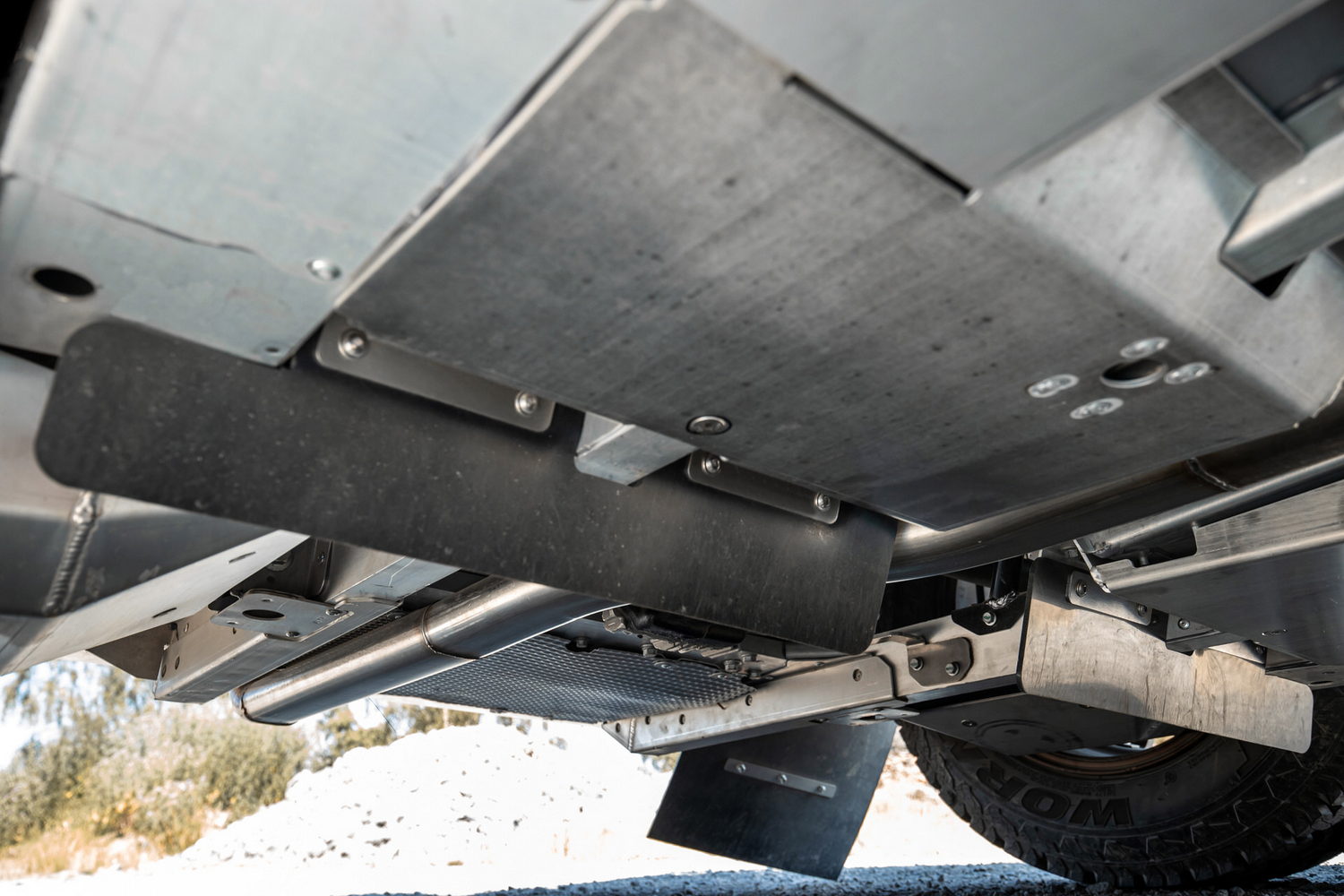 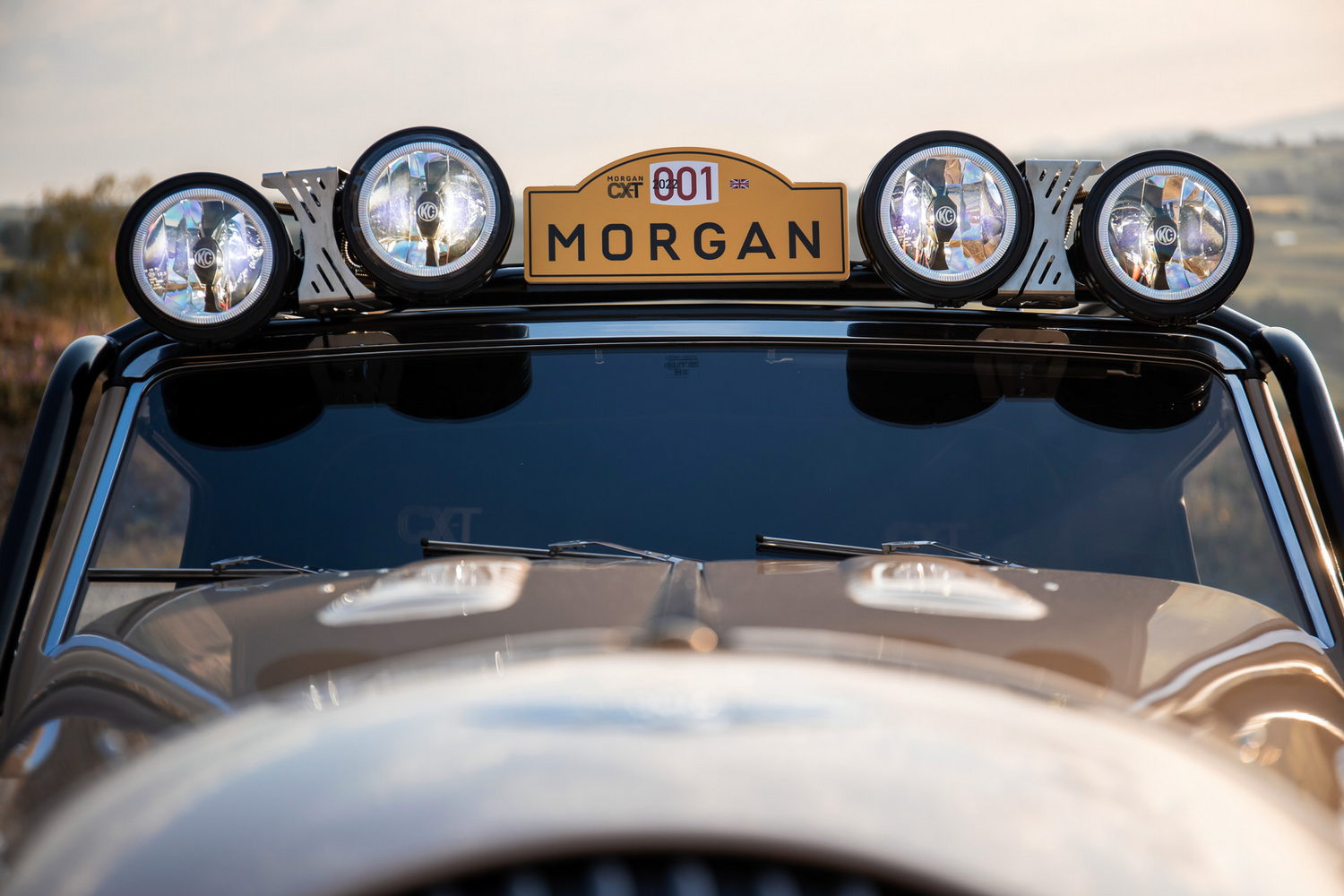 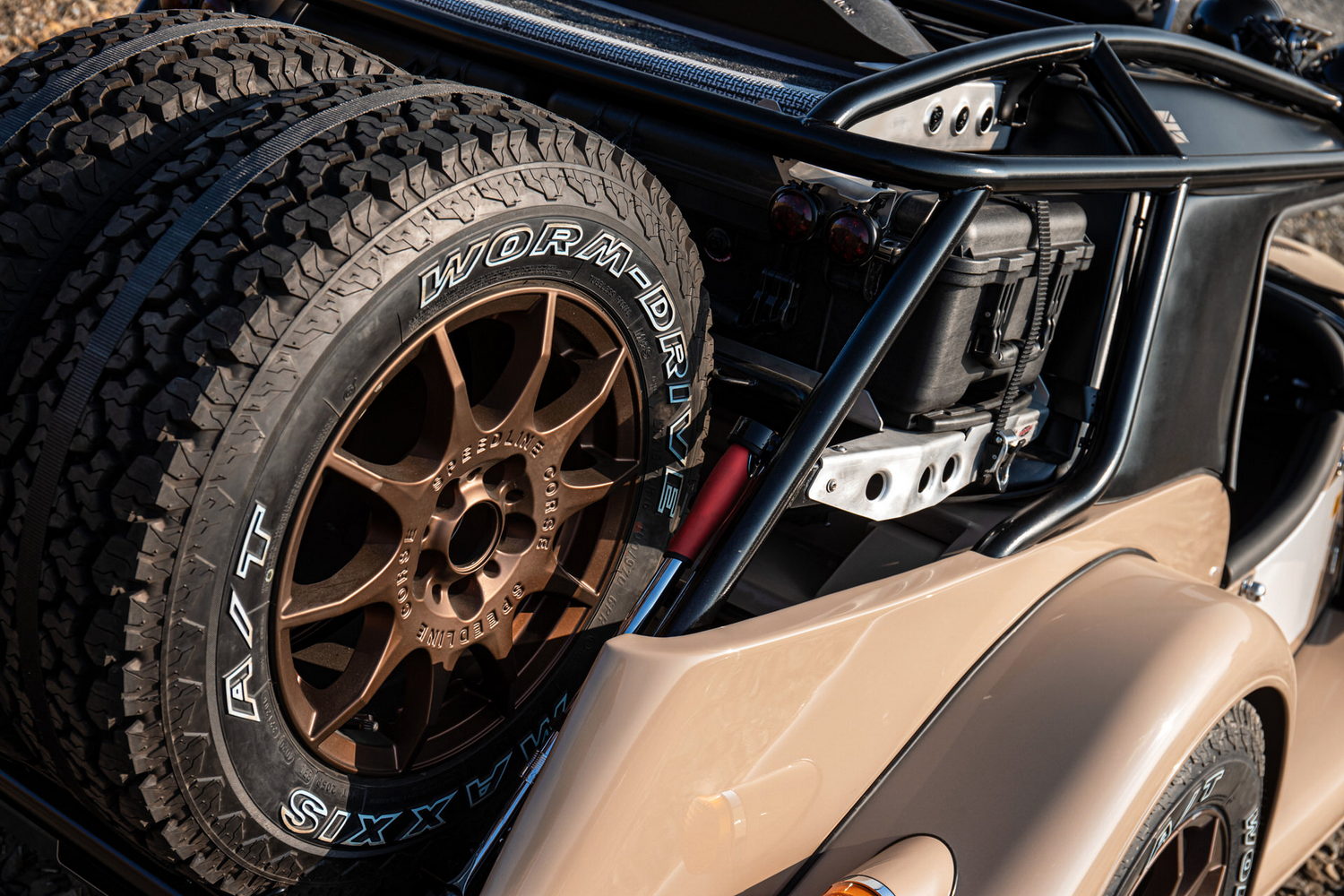 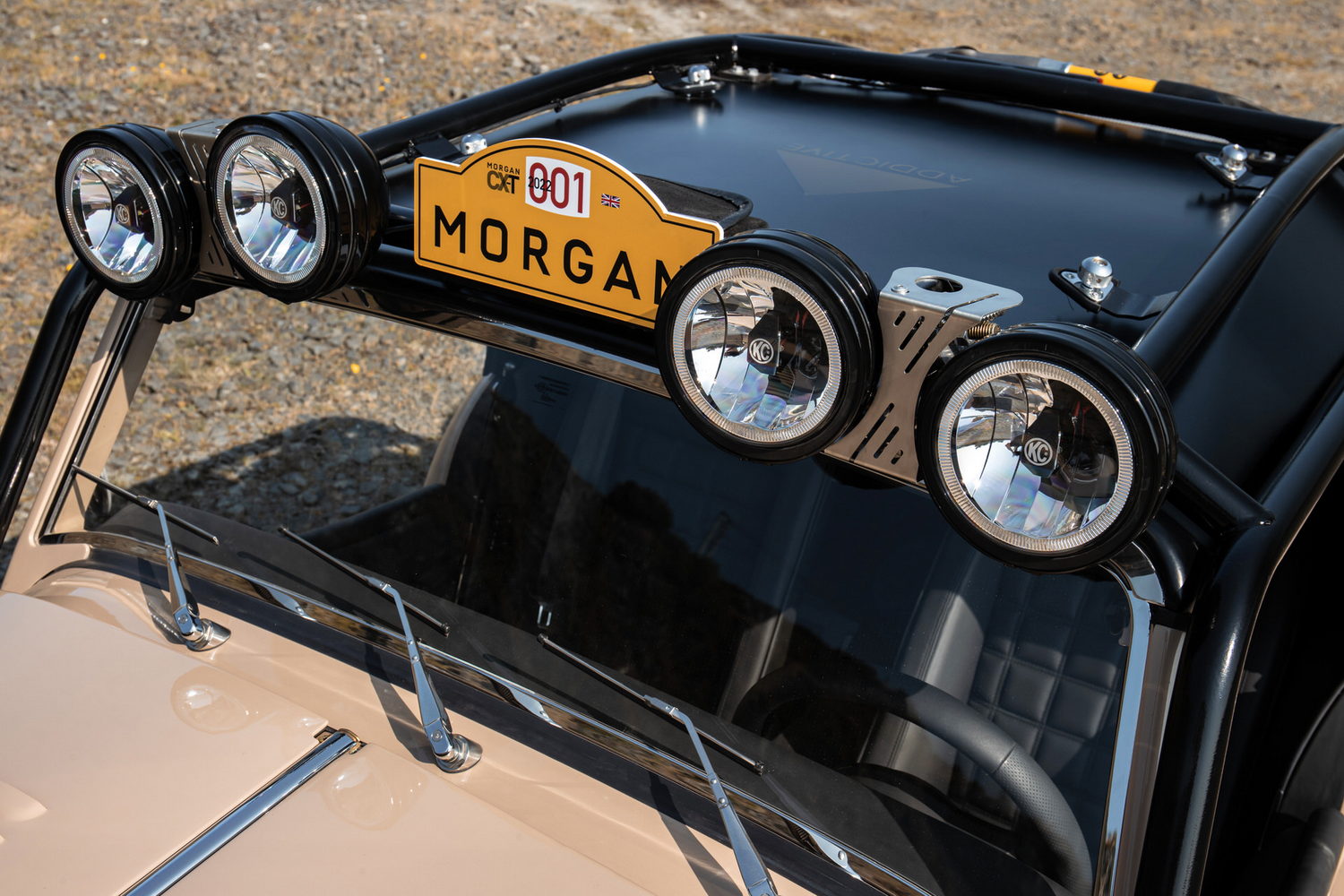 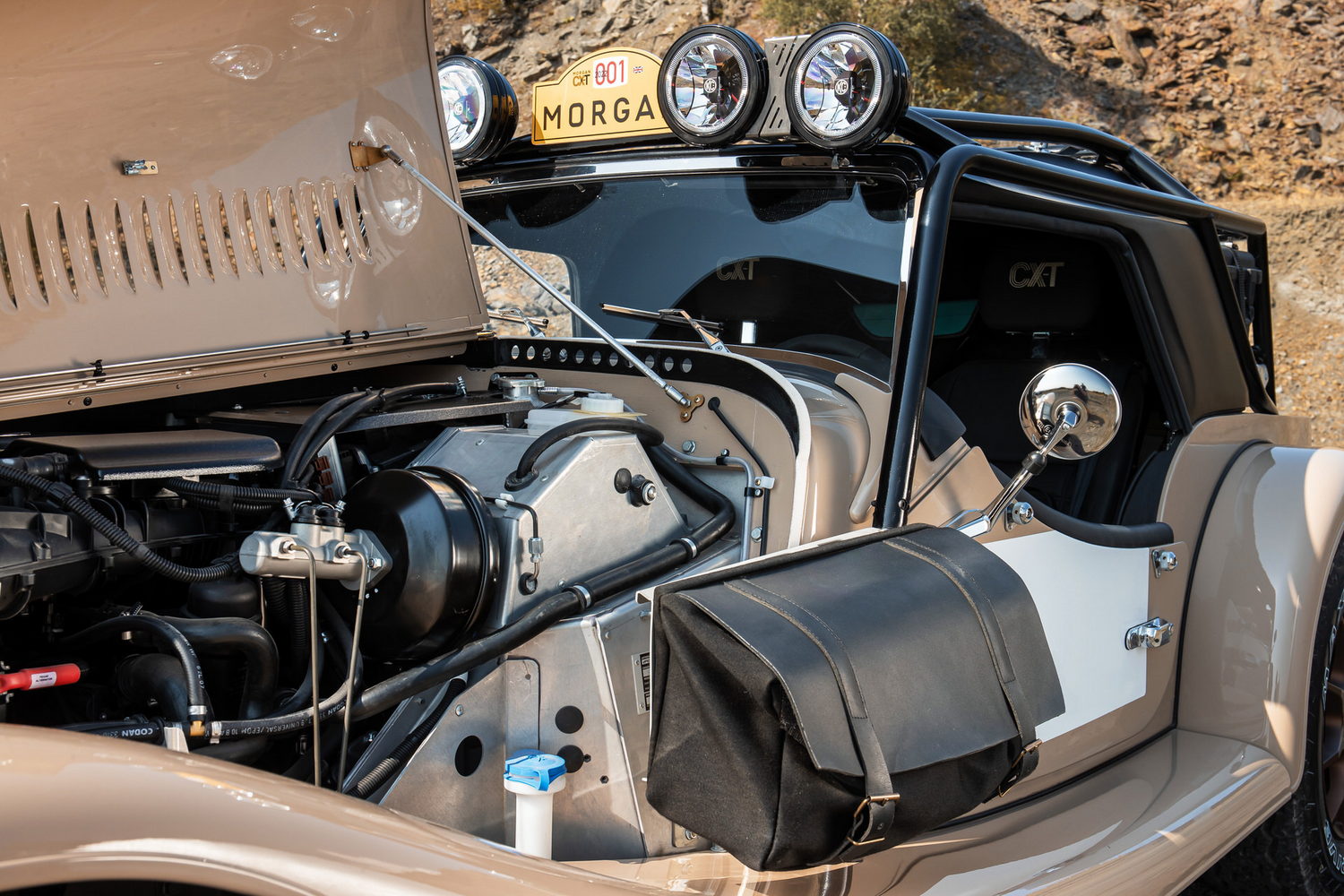 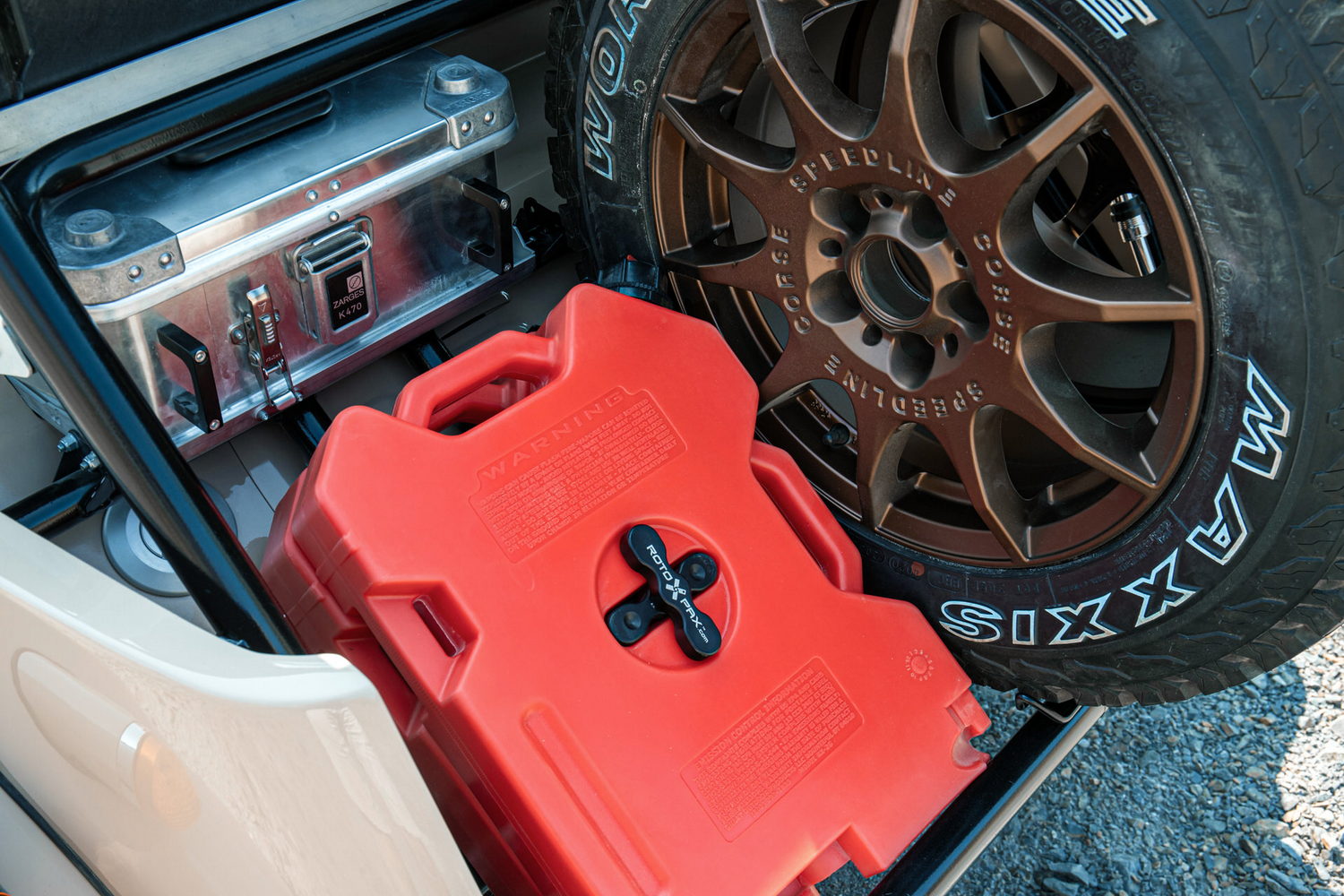 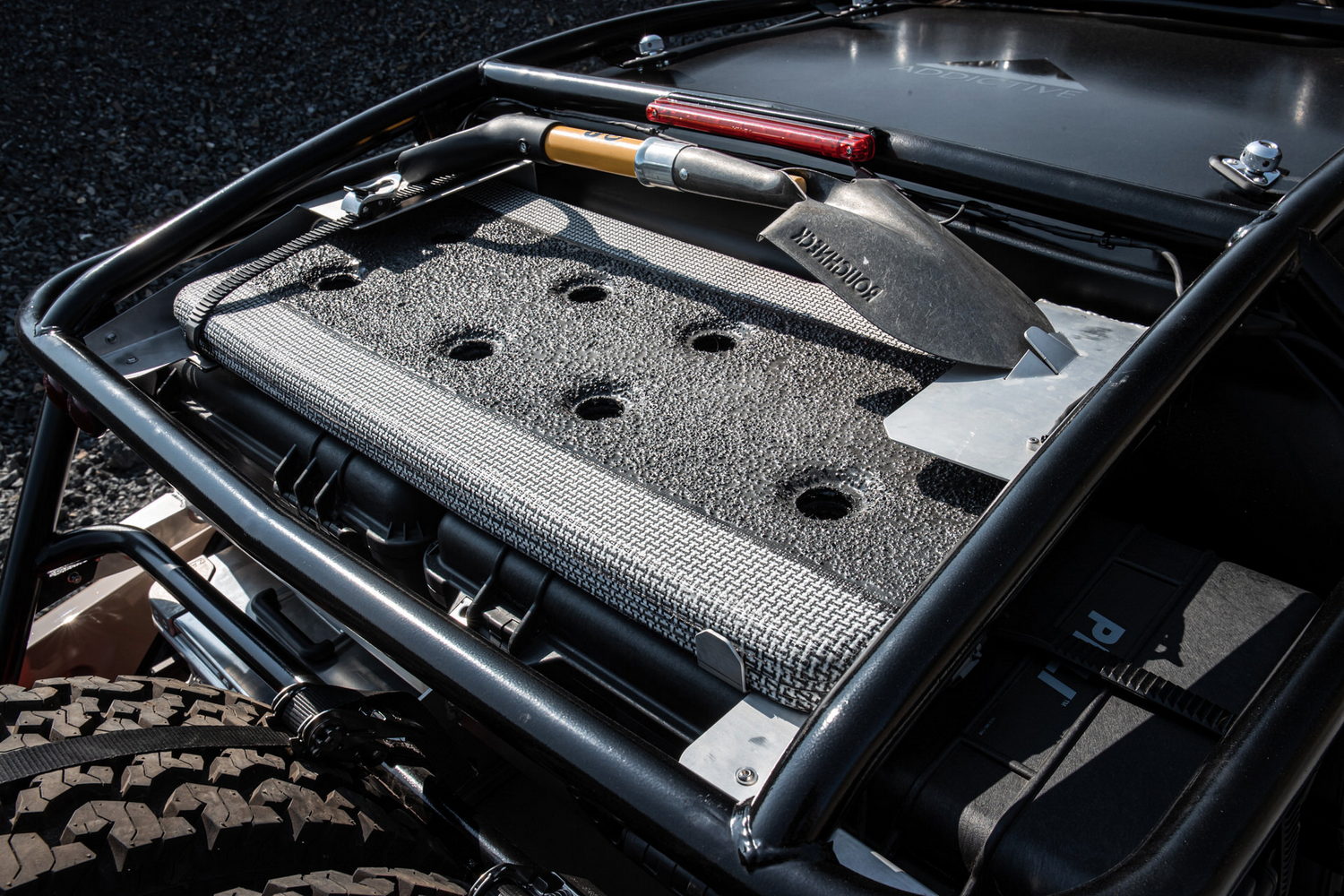 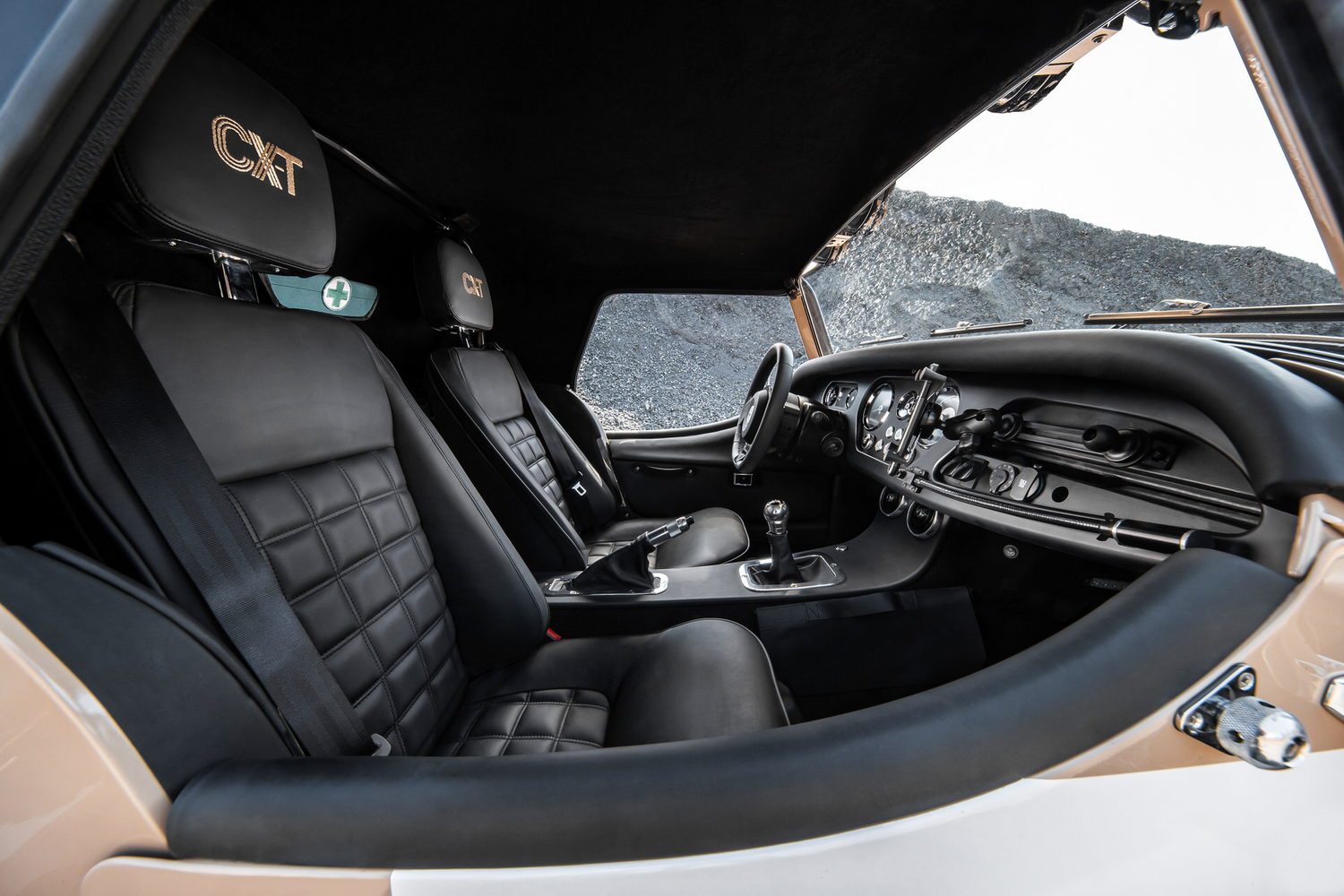 The Morgan CX-T is a car designed and engineered for epic overland expeditions, but is it worth the outlay? 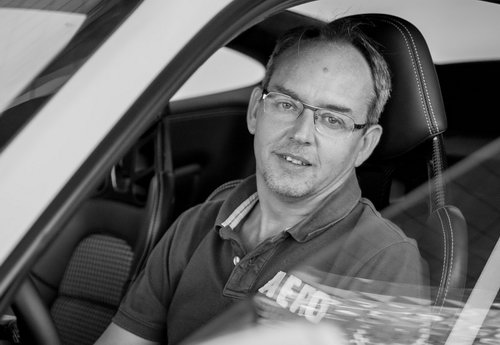 Take a moment and think back to the days when people drove across continents in open top luxury or sports cars, from Paris to Peking, London to Cape Town or on popular rallies across the Alps. If you're not that old, then just think of all the movies you've seen or clips on the web. It all looked like fun, right?

Well, that's very much what Morgan was thinking when it devised the CX-T, an overlanding version of the Plus Four that's been fettled by a team of people well known for building Dakar Rally cars and trucks. It's not cheap, but it is a compelling package all the same. Shame there are only eight examples to be made.

The CX-T is a Morgan like no other, a Plus Four that really only shares its nose cone, engine and a few other components with the regular model. It has been designed and engineered as a joint project between Morgan and Rally Raid UK, which should indicate that it's not simply a Morgan with higher ground clearance.

Morgan does have an off-road heritage in terms of classic trials events, but this is something different, an extreme Morgan that it has thrown everything but the kitchen sink at. That includes hand-finished panels and aerospace-grade electrical trunking, four-way adjustable competition-spec suspension dampers and sand mats that are made from the same material the army uses for tank sand mats.

It has an internal and external roll cage and mounting points on the fibreglass roof to keep the side windows secure if you take them off. The rear is dominated by a Baja-buggy style rack containing spare tyres, those impressive sand mats, waterproof Pelican cases to put your stuff in, a toolbox, two 11-litre containers and space for other equipment the owner might need. There are also two saddle bags on the sides for the Dakar-spec air filter and kinetic recovery straps.

Inside is a cooler pouch attached to one seat for your snacks, another for your maps and other documents. Mounting points are on the dash for fitting rally clocks, navigation equipment or even a pencil and notebook, and there's a bendy light for map reading.

Then there's the hard-core stuff. The wheels have been specially adapted to accommodate the double-wishbone suspension from the Morgan Plus Six. The adjustable competition-spec suspension contributes to a ride height of 230mm, but that only tells part of the story. All components beneath the chassis have been covered so you can launch the car at an obstacle and glide over it without fear of breaking anything. The curvaceous side sills help with wading and the CX-T can cope with water up to 500mm deep.

The engine is the same BMW unit you'll find in the Plus Four, mated to a six-speed manual gearbox for the best off-road control. Power goes to the rear wheels and BMW's electronic rear differential has been heavily modified to provide 30 per cent more traction in off-road mode or go full lock in extreme off-road mode.

Inside, it still has the same creature comforts as a Morgan Plus Four, with leather seats, climate control and a digital display in the instrument cluster.

Of the eight to be made, one is right-hand drive and the others have the steering wheel on the left. All have been sold, most even before the CX-T was officially announced. One will have a home in London, another in Scotland and the other six are heading to owners in Europe, but not one of them is a car collector; instead they all have plans to use them for real adventures. One owner wants to have their car customised to carry surf boards, another to carry mountain bikes. Two of them have been bought by brothers who plan to put them on their yacht and travel round the world with them as part of their ultimate adventure trip.

To discover if it's really up to the task of some overland adventures, we headed to the Silverstone Rally School to put it through its paces on the rally dirt tracks and a short off-road course. We shot the nice pics you see here in a customer's car, but to really get the most out of the CX-T we jumped in the prototype, car zero, the one that has already been hammered in testing. We hammered it some more.

It's tremendous fun, incredibly controllable and with a perfect level of balance to set the car up for the corner, drift through it and carry on. The steering is precise, the communication through the front wheels spot on and while some of the kit rattled a bit, it was all surprisingly comfortable. With the side windows off, the dust even stayed out - mostly - and within minutes we were imagining heading off to remote desert tracks, charging along in search of an oasis.

The six-speed gearbox is solid and reassuring to use, the clutch a little on the heavy side, but easy to get used to. The design of a Morgan means the bodywork can feel a little wide at times, especially when you're brushing past undergrowth enjoying a bit of grin-inducing oversteer, but the CX-T relishes it and so did we.

We also took to a short, muddy off-road section where the prototype really did just glide over crests, the combination of plenty of forward momentum and that rear differential making light work of it all. Admittedly, we were a little more cautious in the customer's car and beached it on one crest, but we needed to test those kinetic straps out on the customer's behalf...

For an estimated €350,000 imported for use on Irish roads, you'd get a very special Morgan indeed, one that turns the idea of a drive through the countryside on a Sunday afternoon into the idea of a drive through an entire country. You get all the Morgan sports car fun combined with something that will create lifetime memories, a scrapbook full of adventures, postcards from far-flung locations. Or you could just use it to mess about on your country estate. Whatever you use it for, you get a Morgan that combines past, present and future into something that is worth more than the sum of its parts.

It might seem a little unnecessary to many, but if you have the means to buy a Morgan CX-T and really use it for some overland adventures, then it's probably going to be more fun than any other sports car costing the same amount of money. It's more than just a car, it's a car that epitomises the spirit of adventure, the determination of intrepid explorers and cross-country rally drivers. It's a car to drive to tea with the locals in Tibet, to pass camels crossing the desert in Morocco or to negotiate tricky mountain passes in the Pyrenees. If Lawrence of Arabia was around today, he'd be driving a Morgan CX-T.