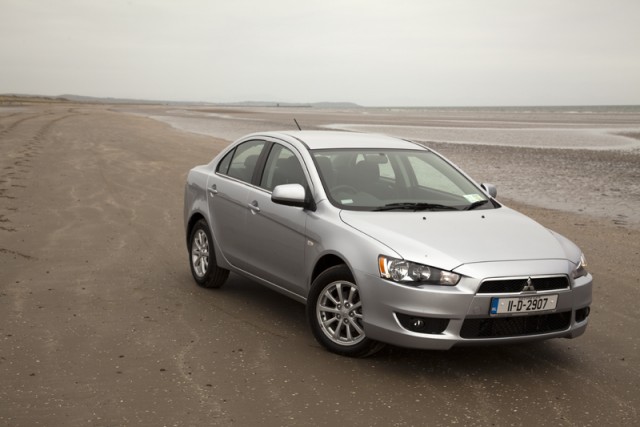 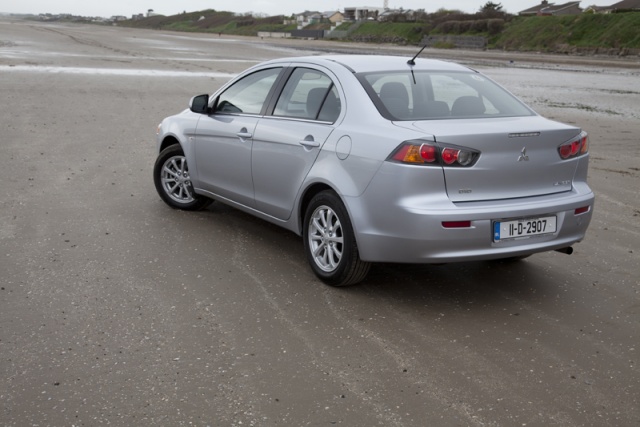 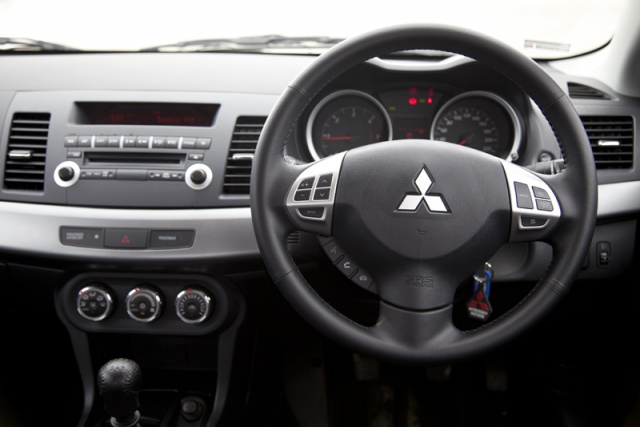 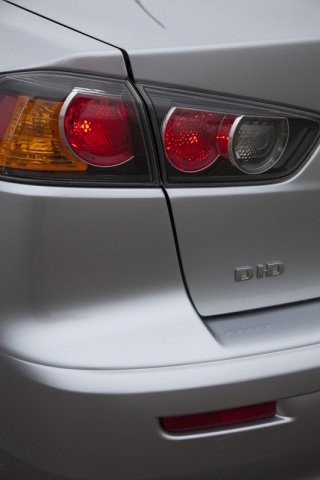 Mitsubishi has its work cut out making an impact with this new Lancer diesel.

It is quite hard to get excited about the Mitsubishi Lancer these days. Sure enough it has it’s rally heritage and you can still buy a high-performance Lancer Evo X, which looks a little bit like this mainstream Lancer, but compared to the likes of the new Ford Focus and against saloons like the Volkswagen Jetta, the Lancer just looks a little like a car from another decade. Sure enough, it is reasonably handsome, but it really fails to make much of an impact when it comes to pure kerbside appeal. The cars do look smart though, with 16” alloy wheels as standard and the new “Jet Fighter grille” front, which is inspired by, you’ve guessed it, jet fighters looks quite striking, but side on there really aren’t too many design features to inspire.

Inside, the Lancer is well screwed together, but more functional than desirable. There is an awful lot of hard black plastic, which although hard wearing, isn’t that nice to look at or to feel. However, there is leather where it should be, on the steering wheel, gear lever and handbrake and there is enough standard equipment to embarrass most of its key rivals, even though it it all feels like luxuries from a by-gone era.

The 150hp 1.8-litre diesel is one that Mitsubishi really could have done with some time ago and this clean diesel engine has stats that make it deserving of applause. Putting out 150hp, which is a lot compared to some of the weedy 110- or 115hp units flying around in this segment, there is also a massive 300Nm of torque and that figure is perhaps more relevant in these sorts of cars because it is this available torque that makes the car feel quite potent. This engine gets the car to 100km/h in just a fraction less than ten seconds and that really is a respectable figure. If we did have a criticism, it is that the engine isn’t really insulated enough and the car can seen quite noisy.

This engine is mated to a six-speed manual gearbox and it felt smooth over our week with the car and it is light enough around town to not become a burden.

The ride is good on the Lancer. We tried it on a variety of roads, but good and not-so-good and the results were impressive. It copes well with bumps and lumps on the road and is a comfortable motorway cruiser too. There is a good chassis under the body too. The Lancer feels composed through slithery bends and it is quite easy to get into a good rhythm in this car. Active Stability Control and Electronic Traction Control are standard fit and these help keep the Lancer in check if you get a little too unruly.

We are very impressed with the amount of kit that has been thrown in as standard in the Lancer. There is only one grade, the Intense model and that gets 16” alloy wheels, Bluetooth handsfree phone system with voice recognition (which can be infuriating to set-up), air conditioning, cruise control, remote audio functions, electronic traction control, emergency stop signal system, steering wheel audio controls, leather steering wheel, a USB port in the glovebox and there is an audio jack too, so you can plug in an iPod or iPhone and listen to music.

The 1.8-litre diesel is frugal enough, with a combined figure of 5.3 l/100km, which is about what we managed on our week with the car and with CO2 emissions of 139g/km it sneaks into Motor Tax Band B, so you will pay just €156 per annum in road tax. Given that all this costs just €22,995 it really isn’t badly priced at this money.

With such competition in this segment now, it is going to be quite difficult for the Lancer to make an impact, especially given how good the new Ford Focus saloon and Volkswagen Jetta are, but it is good to see a Lancer that makes sense in an Irish context again.

● Retail price: Official price of test car without options is €22,995