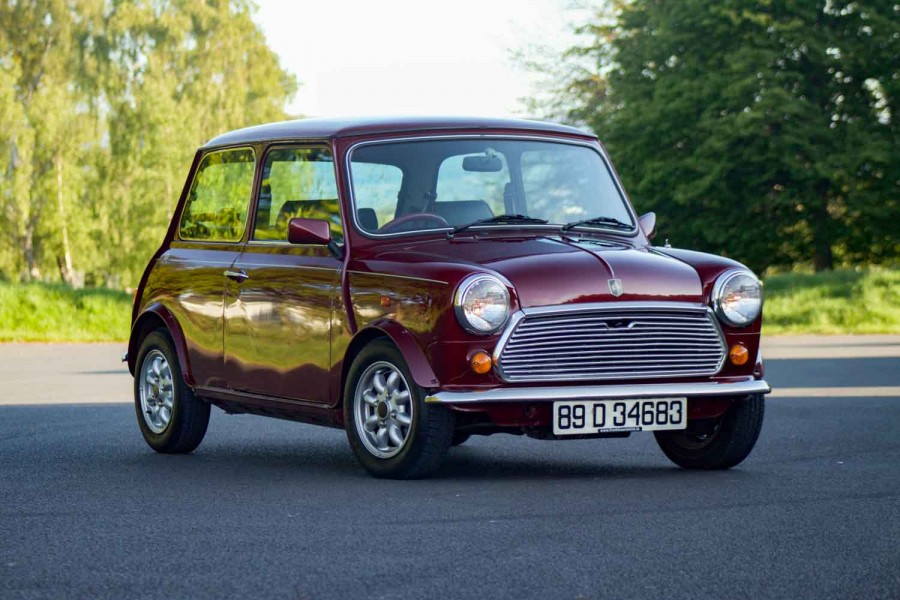 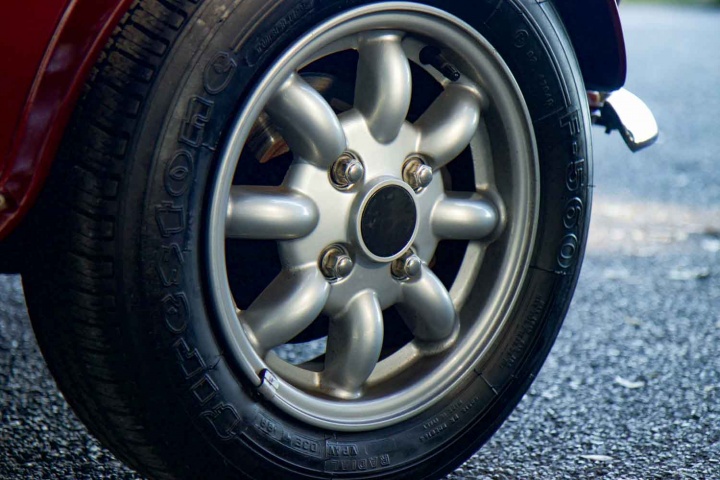 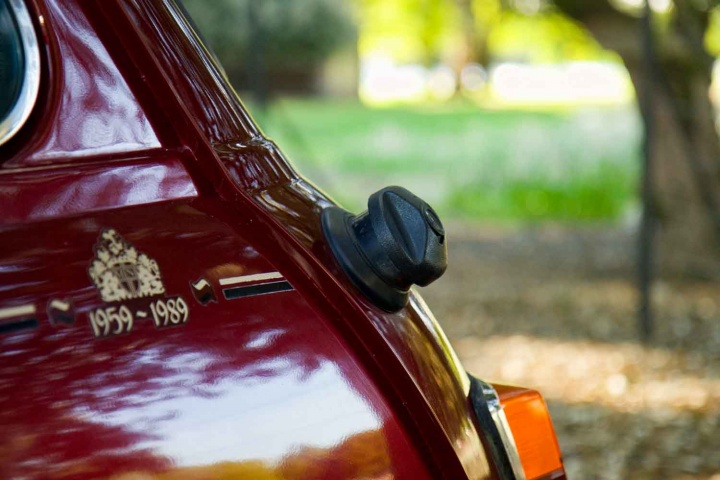 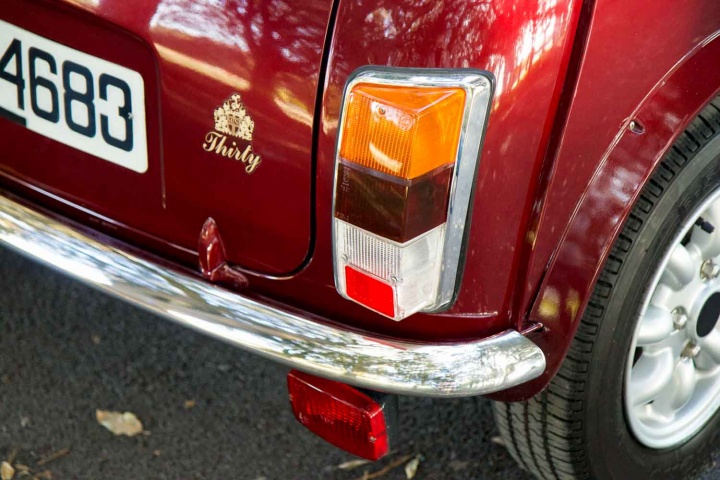 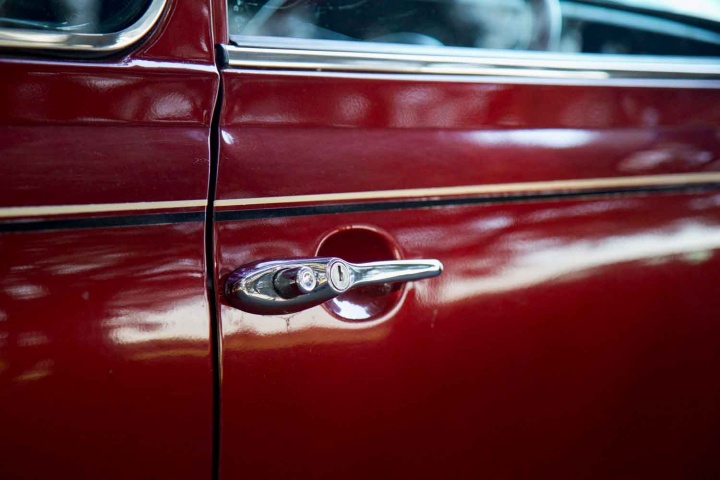 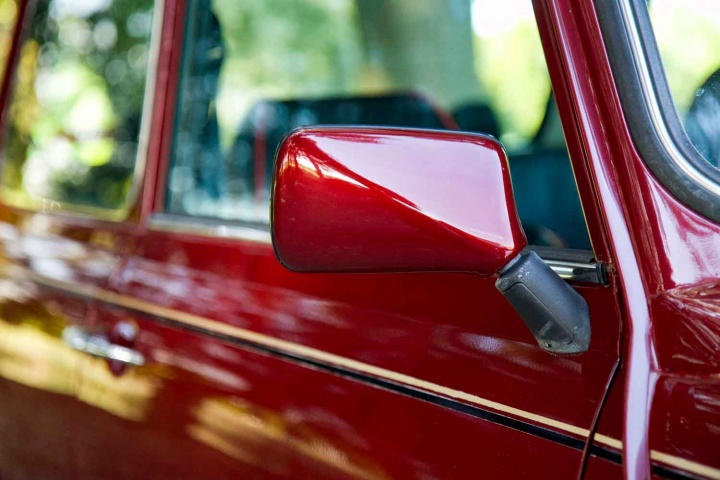 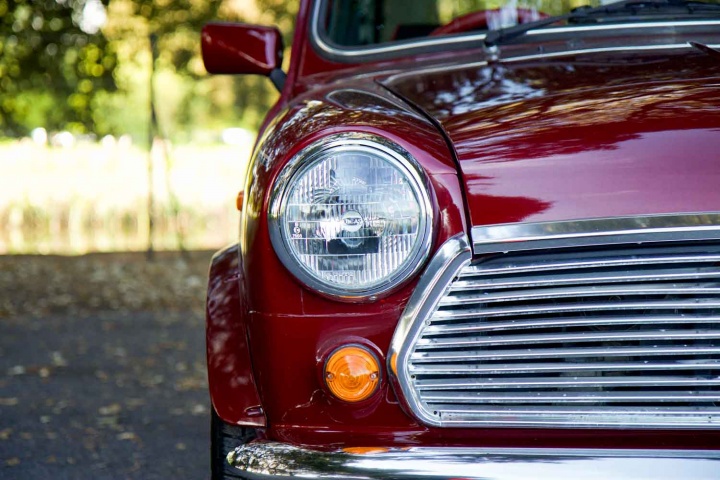 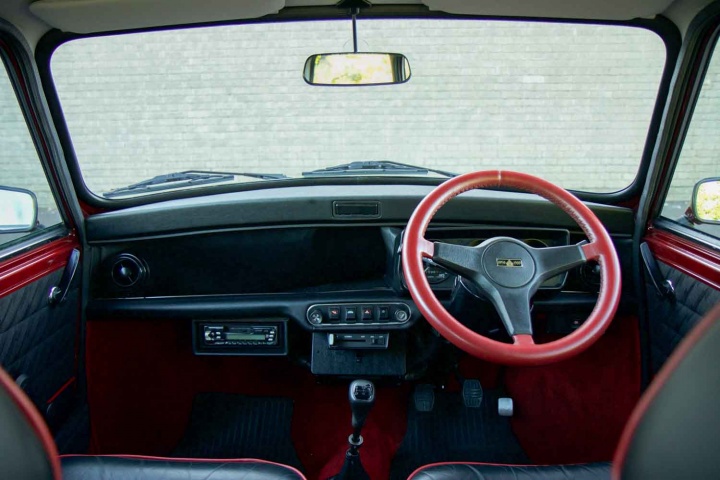 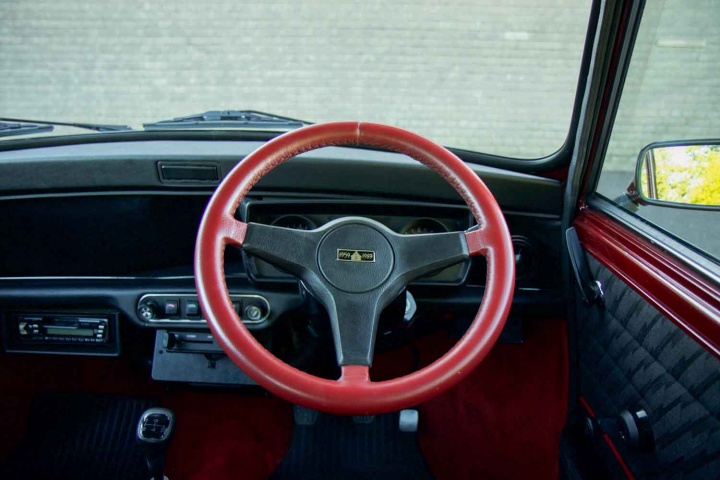 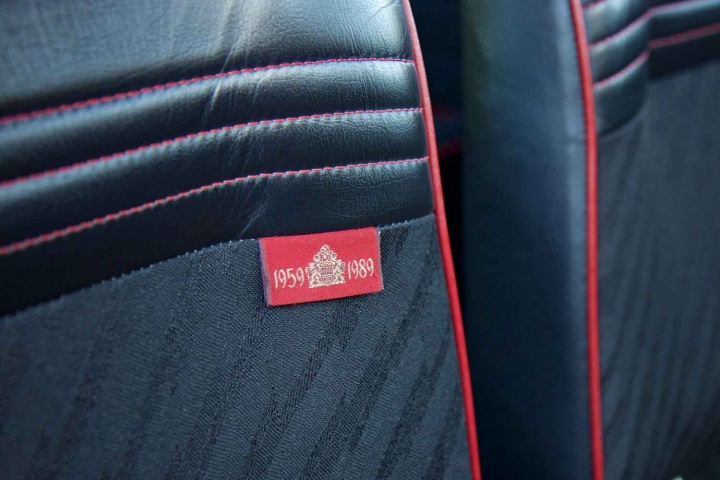 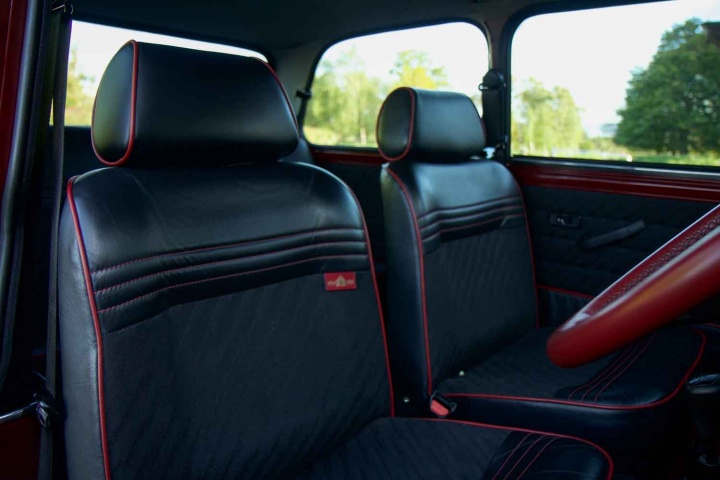 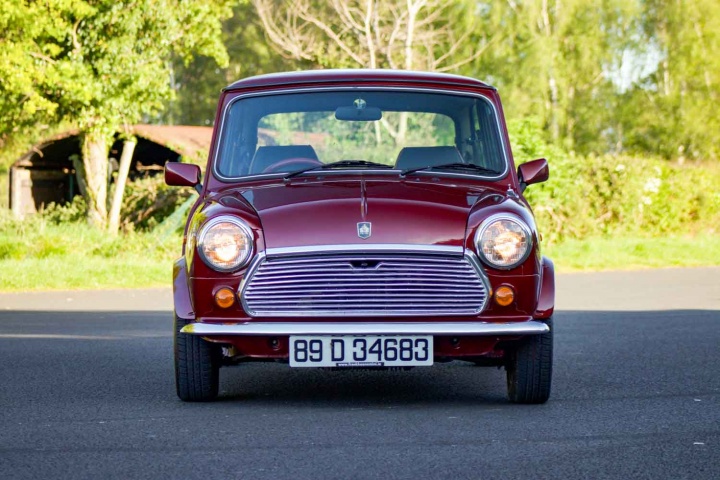 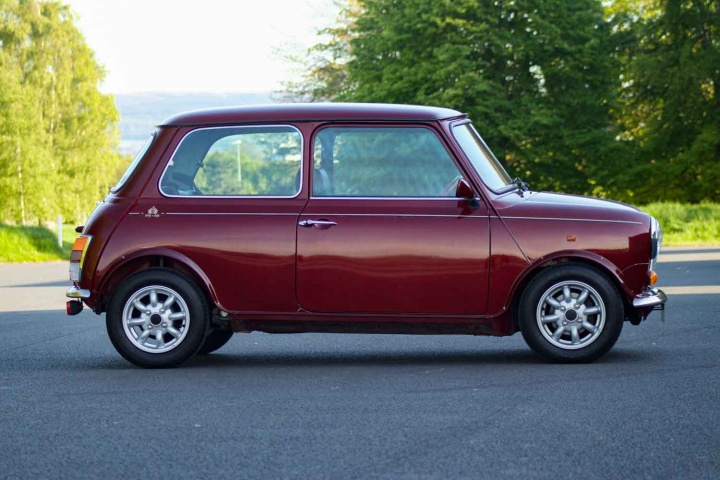 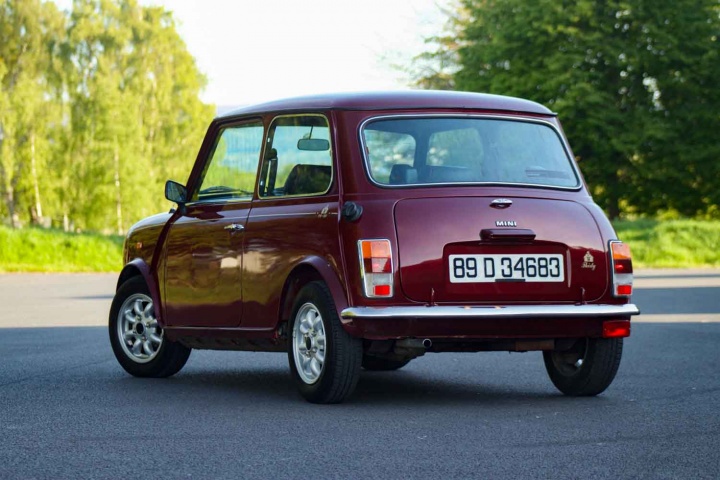 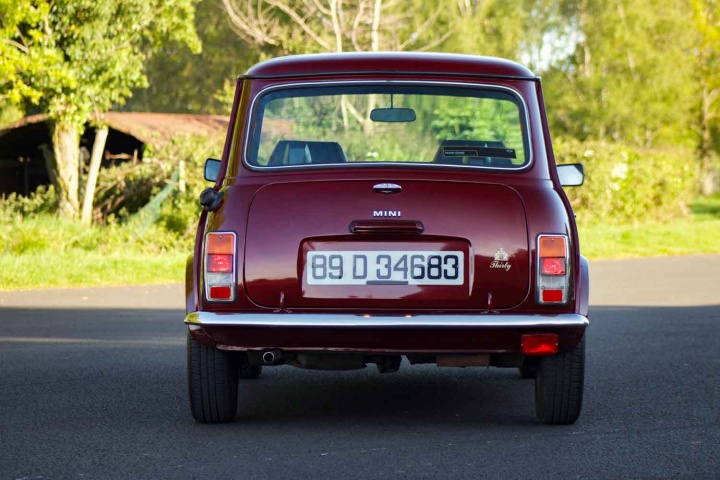 The Mini brand celebrates its 60th birthday this year. How does a 30-year-old example stand up to modern conditions?

We're driving a little slice of history. Thirty years ago, in 1989, Mini celebrated its 30th birthday with the Mini 30, resplendent in its maroon paint (actually called Cherry Red in the original catalogue) and with special, vaguely-heraldic-looking 30th anniversary badges instead of the usual Austin Rover logos. Inside, there was unique trim - half-leather seats with red piping - and some extra equipment compared to the standard Mini Mayfair on which the 30th was based, namely a security-coded stereo, a leather-rimmed steering wheel with red contrast panels and a leather-bound copy of Rob Golding's book on the history of the car. By 1989, of course, the central speedo was long gone, replaced by small instruments in a plastic box behind the wheel, and the rubber mats of old had been replaced by wall-to-wall carpeting. This was among the last of the pre-BMW takeover Minis, so some of the quality bodges of the old British Leyland days were still evident, along with the lack of soundproofing - excised in the seventies as a cost-saving measure, but re-introduced by BMW in the nineties.

Under the bonnet is the ancient - but still game - A-Series engine, here in 998cc form with a mere 41hp and a hilariously tiny 68Nm of torque. Plenty of modern cars probably develop that from one cylinder, never mind a whole engine, but then the Mini weighs as much as the proverbial packet of fags; just 680kg at the kerb, a weight that even Lotus struggles to get its cars down to these days. There's a four-speed manual gearbox, an actual demister and rear stereo speakers perched in the back, and on the outside some special coachlines and the inevitable 'Minilite' alloy wheels.

With 60 years of history behind the Mini, you'd think everyone knows its best bits by now, but seeing as you're asking...

Cars just aren't this small anymore - the Mini is only a hair over three metres long, and just 1.5 metres wide, so you actually have to recalibrate your brain as to how easily you can slip through gaps in sclerotic Dublin traffic. Single-lane roads become motorways, while motorways begin to resemble airport runways. There's suddenly so much space around you.

And it's space you can exploit. That A-Series engine may date back to the 1940s, and it's got less power than most lawnmowers, but with the Mini's minimal mass, you can dart into gaps that you'd never find in a more modern car, a more modern MINI for that matter. Low-down performance is actually pretty decent, although not surprisingly the Mini runs out of puff pretty quickly at high speeds. Having said that, it did manage a bit of a motorway run, reaching 120km/h (roughly 90 per cent of its total available performance) with surprising ease.

The steering is amazing, especially if you've just stepped out of a modern car with power assistance. Amazing, but not perfect - it's deathly heavy at parking speeds and there's a significant amount of play in the rack just off-centre, but once you get some lock on and some torque in the system, it comes alive, buzzing with the sort of feel and feedback that modern systems filter out. Watch that weight, though - you need to judge your entry to corners accurately, as the weight builds up quickly and you have to be sharp with any corrections mid-corner.

Once you settle into a rhythm, though, you start to see what all the fuss was about. The Mini really is alive with feeling, with sensation, with a sheer sense of fun. Tackling bigger cars (literally everything is bigger - even a Smart ForTwo towers over the Mini) becomes a matter of honour, and keeping up your momentum becomes your minute-to-minute challenge. And when you get where you're going, pop the door and climb out, you get to look back at that iconic styling and you start smiling all over again.

Wow, cars have improved in the past 30 years, never mind the past 60. It's kind of shocking to think that only three decades ago, a sufficient number of people thought that the Mini was still acceptable for sale to the general public.

The first thing that hits you is the thought of what will be the first thing to hit you. You know how everyone likes to point out how bloated and massive modern cars have become? Yeah, well there's a reason for that - crumple zones. In the Mini, the main front crumple zone will be your kneecaps, swiftly followed by your nose and then your internal organs. Airbag? The Mini would eventually get one, but not until 1994.

Speaking of knees, those will be in your ears. If you're above five-foot-nothing, the driving position is ludicrously cramped, in spite of the Mini's rep for being the first car design to be 'packaged,' in the modern sense, around its occupants.

Then there's the noise, which is cacophonous. As mentioned, Austin Rover stripped out a lot of the sound-deadening that was originally fitted to the Mini to save costs and boy do you feel it. The racket this car makes at anything above 30km/h is quite something. There's also comedy gear whine at low speeds, but we'll let that go as it's actually kind of charming.

We could go on about the spindly column stalks, the suspect electrics (I've previously owned a Mini of similar vintage and literally everything with a wire is subject to immediate and inexplicable failure - thanks to Lucas), the headlights that don't actually illuminate anything, etc etc. I'll stop here because, in fairness, I'm applying modern criteria to a car that now qualifies for vintage tax and insurance, and it's starting to feel a bit like kicking a puppy.

How could you give it anything but five stars? This is the Mini we're talking about, a car once voted as the most influential and important of the 20th century, a car beloved of the silver screen and its stars. Transport to the masses, the aristocracy and everyone in between. From Spike Milligan to the Beatles, everyone had a Mini, loved a Mini, learned to drive in a Mini, and were quite possibly conceived in a Mini. Yes, it's riotously flawed by modern standards, but that's not the point. Drive one and once you get past the noise and the total lack of safety systems, you soon see why everyone fell in love with the original small car.

Old Minis hold a special place in my heart as my dad used to autocross one and one of my uncles was obsessed by the things. Like many here in Ireland, I grew up around them. It felt good to get back into one after way too long and take it for a proper drive. So much fun. Rightfully considered to be one of the most influential cars ever made.

Getting into a thirty-year-old Mini is a sobering thing when you consider just how much the passive safety of cars has come on in time. That aside, the original Mini is a wonderful exercise in packaging and is a joy to drive through busy city streets. It's far from fast but has all the performance you'd need. For me, the biggest draw is how analogue everything feels when you drive it and the consideration that requires.