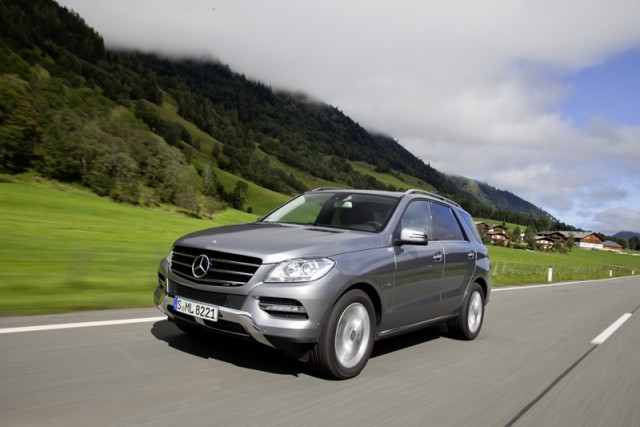 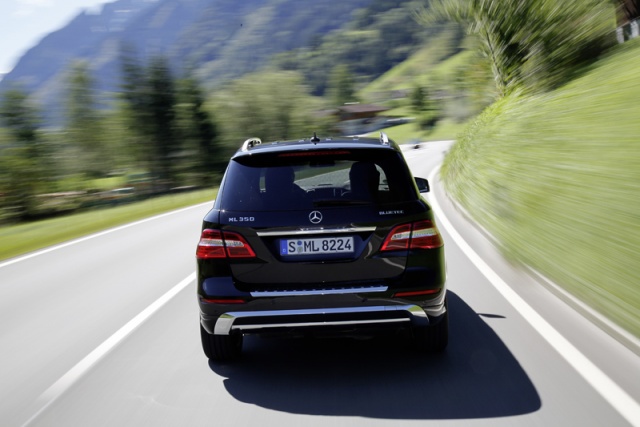 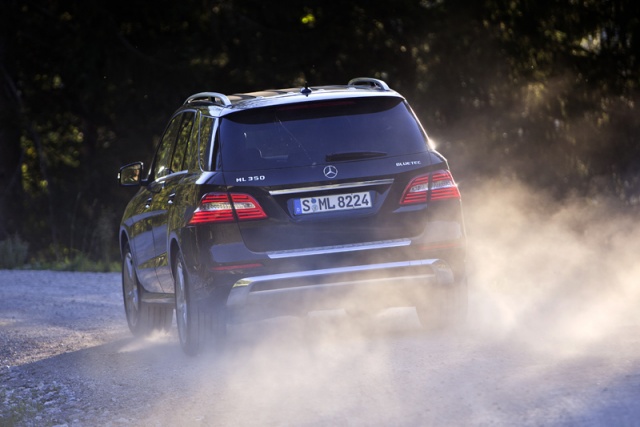 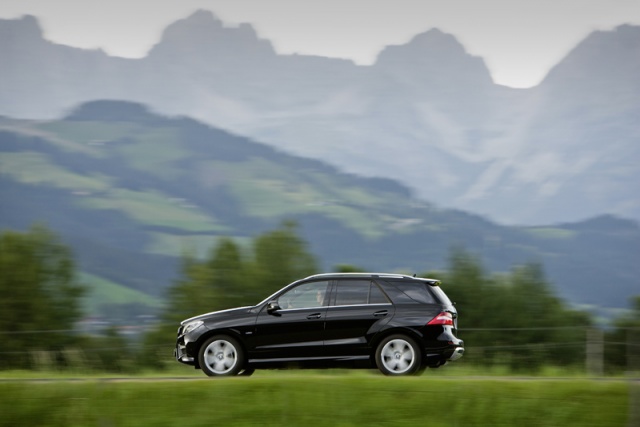 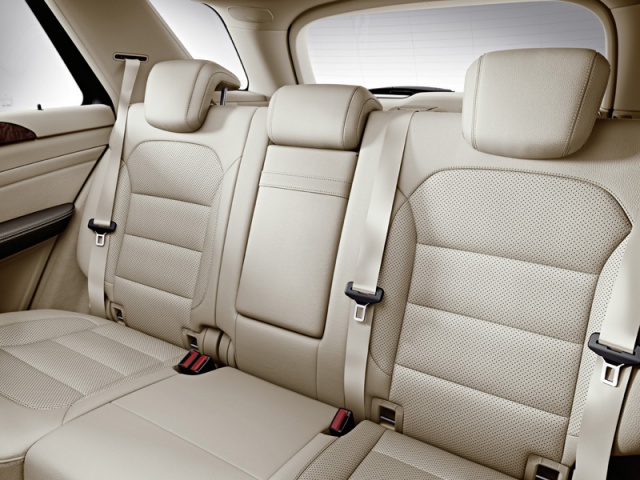 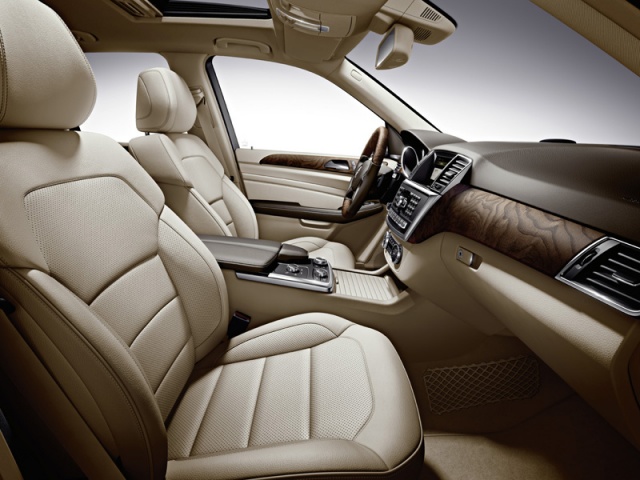 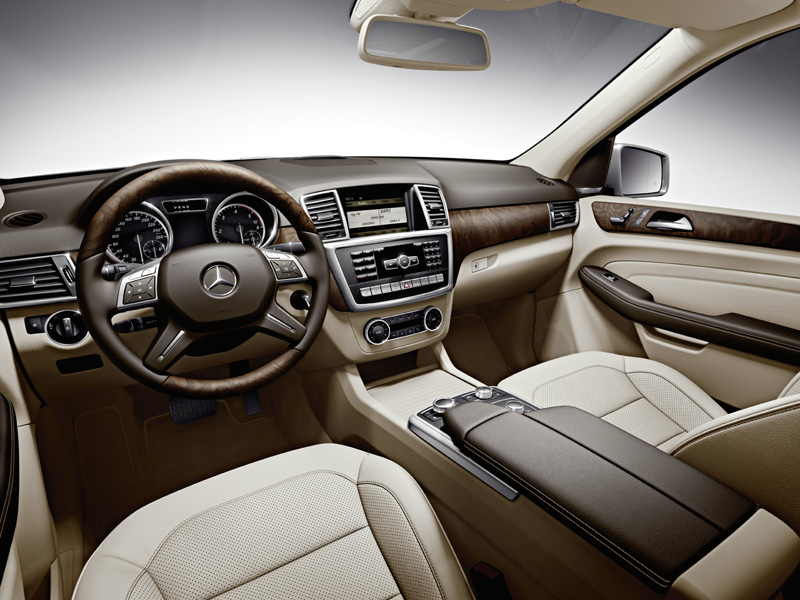 Significant improvements to both on- and off-road ability as well as new low-emission engines might bring M-Class customers back again.

It isn't a radical change to the new M-Class, but the model now looks in-line with the rest of the model range. That means there have been alterations to the front of the vehicle with a new grille and face, new taillights at the rear with LEDs, new rear bumper and fresh alloy wheel designs to choose from.

If you specify the ON&OFFROAD package you get an underguard, a two-stage transfer case with reduction gear, an inter-axle differential lock and enhanced AIRMATIC functionality that allows for a ground clearance of 285mm and a fording depth of 600mm.

Mercedes-Benz interiors have really improved lately and this new M-Class is no exception. All models get the Audio 20 CD system as standard and this features a radio with twin-tuner, a colour display with a 14.7cm screen, CD player, USB interface, aux-in socket in the centre armrest and a telephone keypad. There is also a Bluetooth interface that can stream music too. You can specify a larger screen with the COMAND Online system, which can now be ordered with Facebook and Google Street view navigation.

The seats are super comfy and very supportive, although this M-Class still doesn't quite feel as big in the rear as a BMW X5 - and there is no option of a third-row of seats.

The M-Class was never one of the most agile of the SUVs, but there are palpable improvements to the driving dynamics of the new model. Comfort was never an issue and this continues with the new version while models fitted with steel suspension now feature selective damping. The air suspension is a shrewd upgrade though, as the car is silky smooth on this set-up. We would never really have given the M-Class much credibility as an off-roader but this all changed when we saw what it is now capable of thanks to new off-road features that come as standard. These include 4MATIC permanent all-wheel drive, 4ETS electronic traction control and an off-road button that activates a special off-road driving mode.

There is also start-off assist to make hill starts easier and Downhill Speed Regulation is like Hill Descent Control in a Range Rover, controlling the speed of descent. The optional ON&OFFROAD package has six driving modes, two of which are special off-road modes.

On-road ability is enhanced by the new Active Curve System, another option, which uses active anti-roll bars on the front and rear axles and compensates for the roll angle of the body through corners. This makes the M-Class corner flatter than usual.

Two engines will feature for Ireland. The big-seller will be 2.1-litre four-cylinder diesel with 204hp with emissions of just 158g/km making it particularly clean for a large SUV. It will sit in motor tax Band D with a fee of €447 per year. With 500Nm of torque it's certainly powerful enough too. Better though is the 258hp 3.0-litre V6 diesel, which is still just one tax band higher and is super-smooth. We'd hope there would not be a massive jump in price over the 2.1-litre because it is the one to go for.

It is hard to know just yet because the car is still so far away from sale. The car isn't available until April 2012 and prices are still "being negotiated" according to Mercedes-Benz Ireland's Sales Manager Ciaran Allen. He told CompleteCar.ie that he was hopeful of securing a price tag well below the current €79,000 entry-point, which should be possible thanks to the reduced CO2 from the new car. Pricing may now start at €71,000-€72,000, which would be quite a price decrease.

Sales of executive SUVs in Ireland dropped by a dramatic 92 per cent post 2008, but thanks to lower emissions Mercedes-Benz Ireland is hopeful of selling over 100 units in a full year of sales of the M-Class.

The new Mercedes-Benz M-Class is a further improvement on the big-selling SUV. While the numbers will be small in Ireland, this is a heavy hitter globally and thanks to new lower emissions engines it might give consumers the confidence to return to this segment.