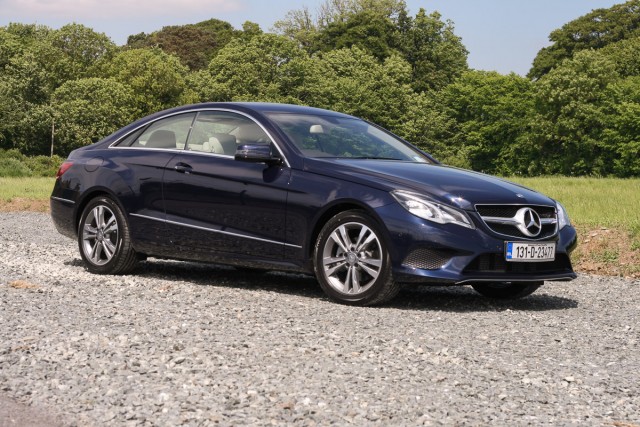 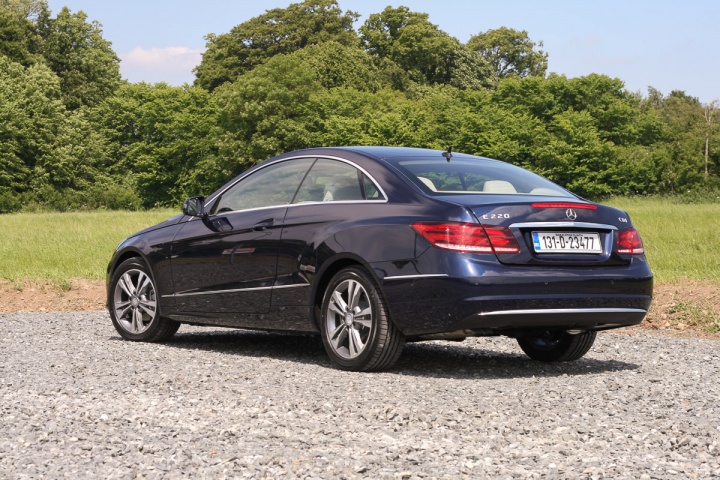 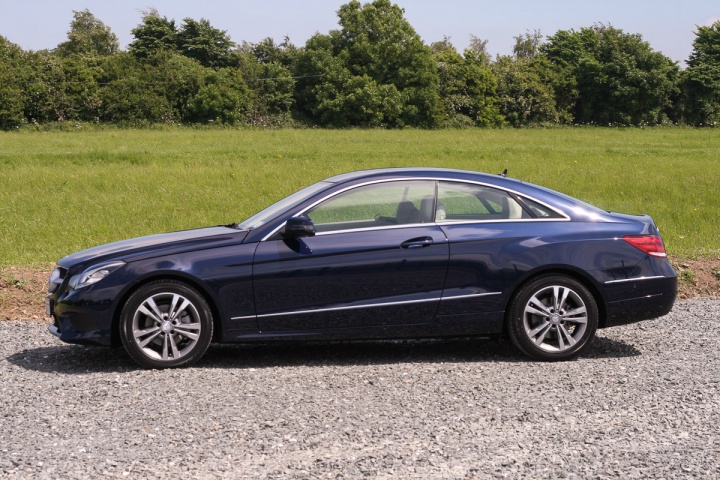 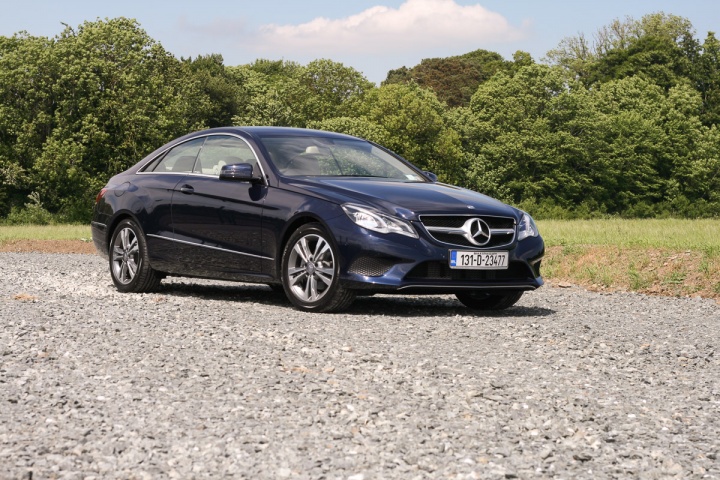 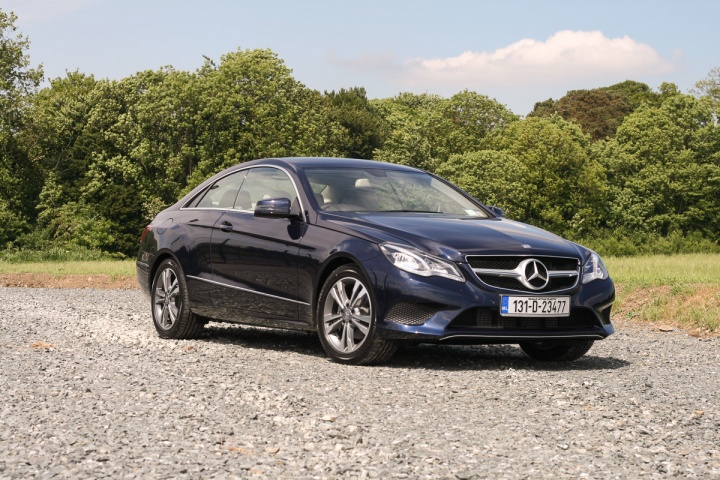 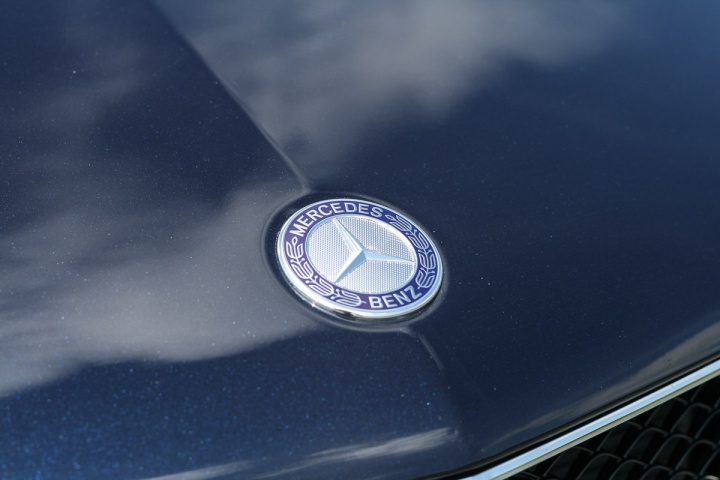 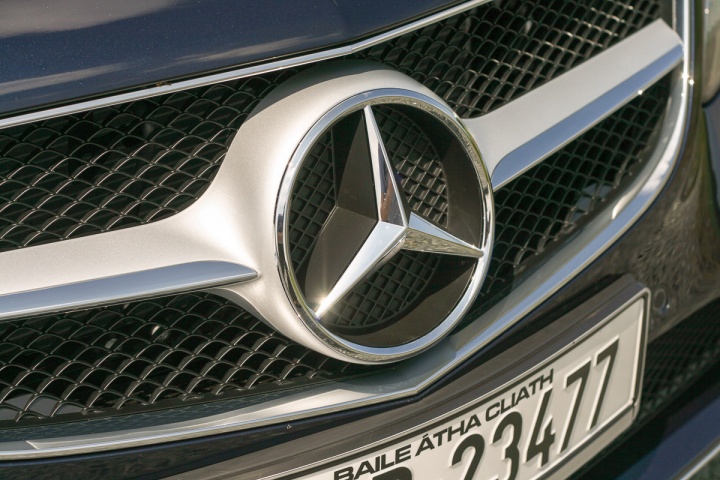 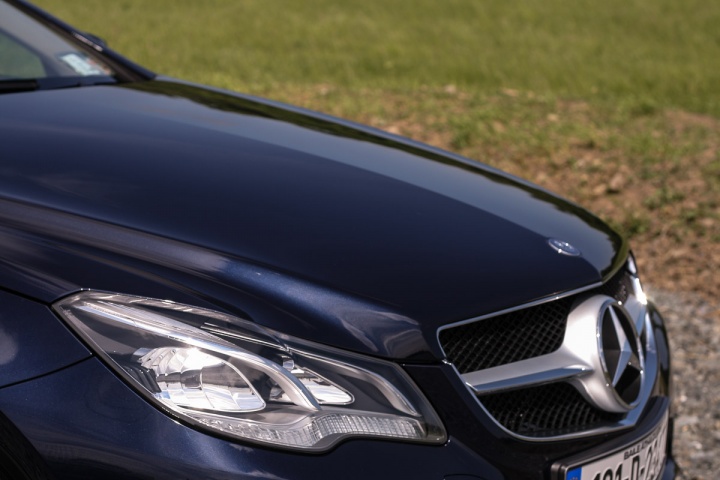 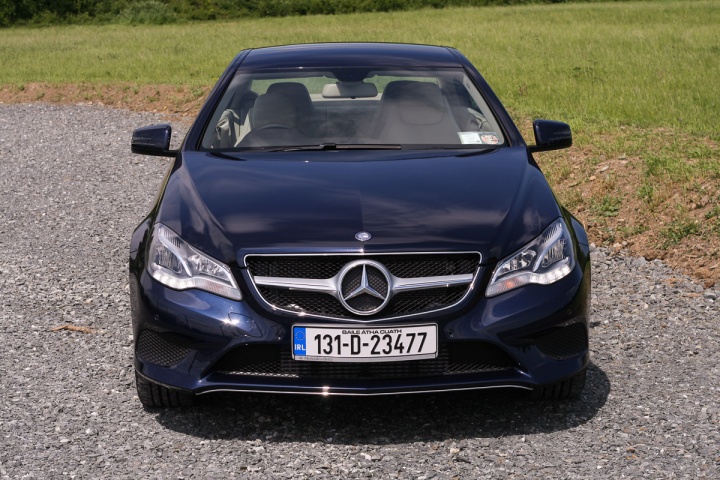 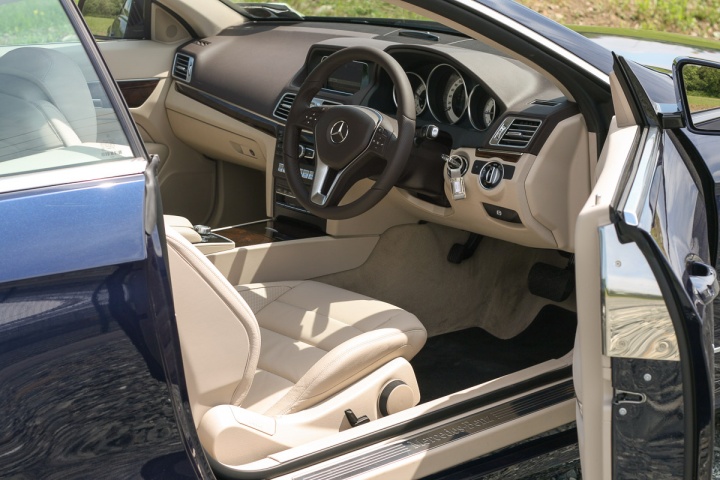 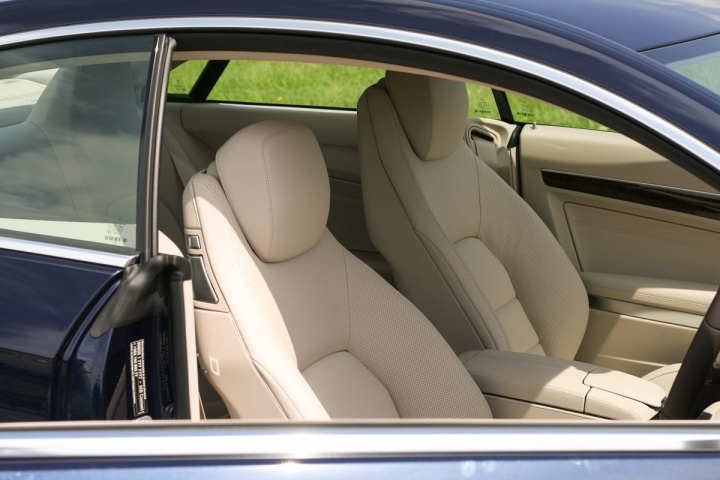 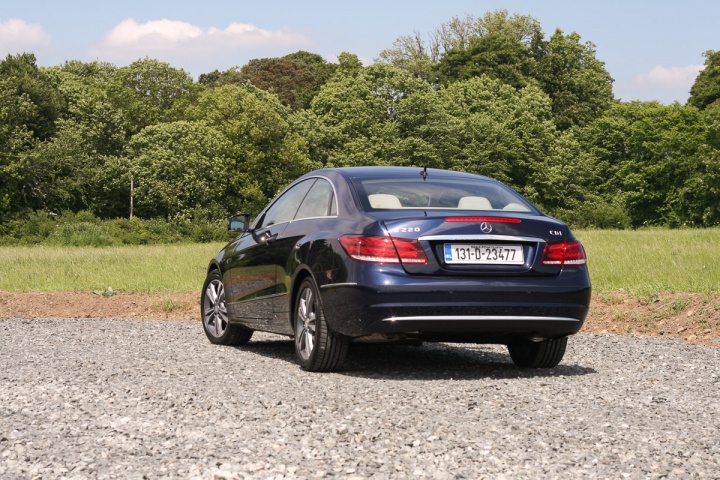 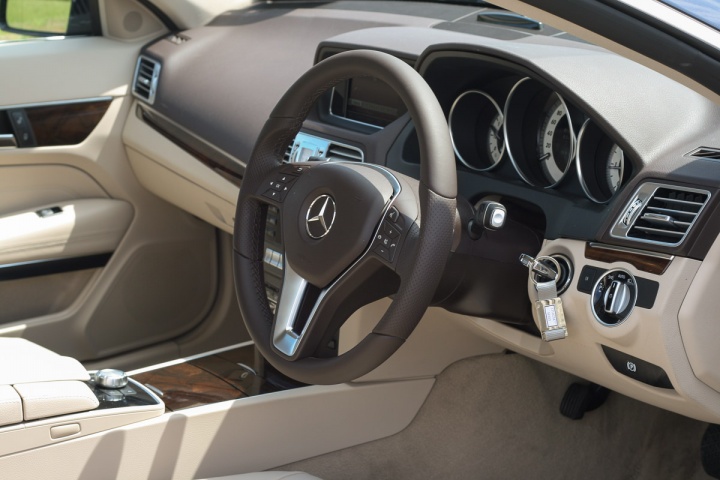 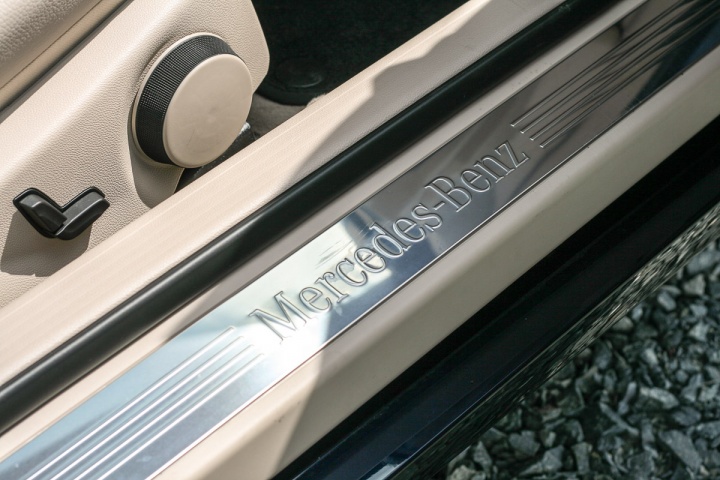 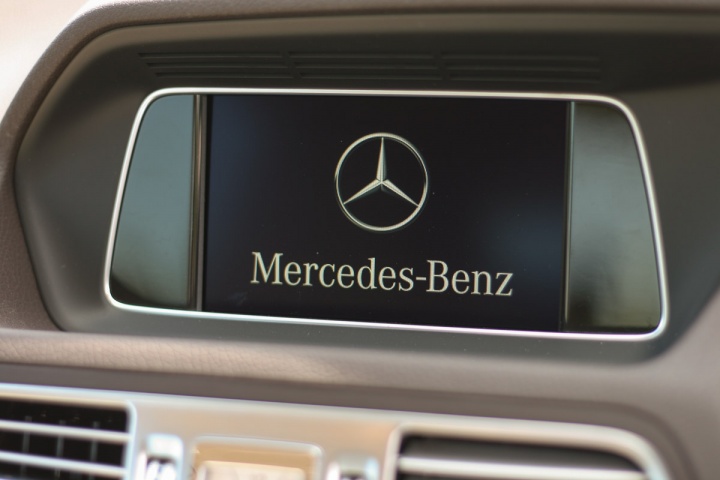 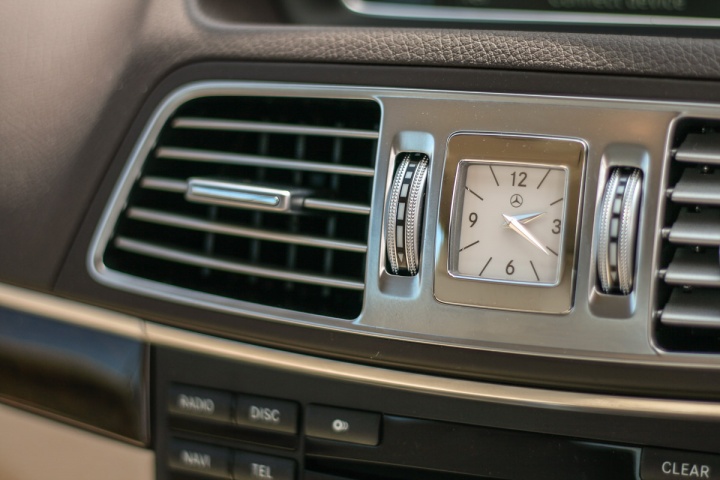 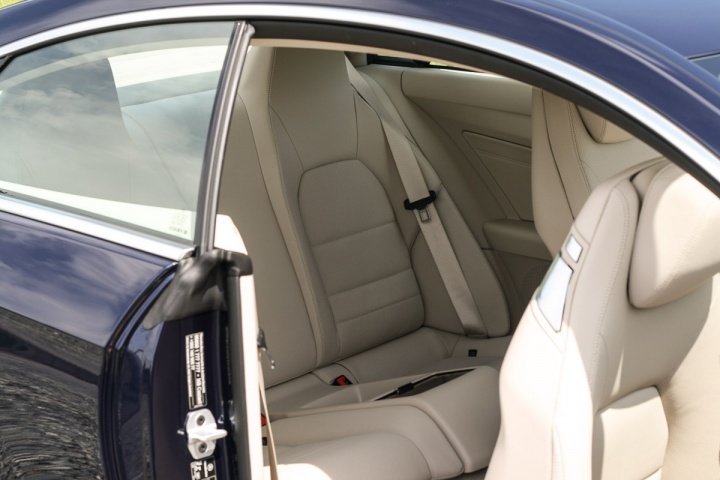 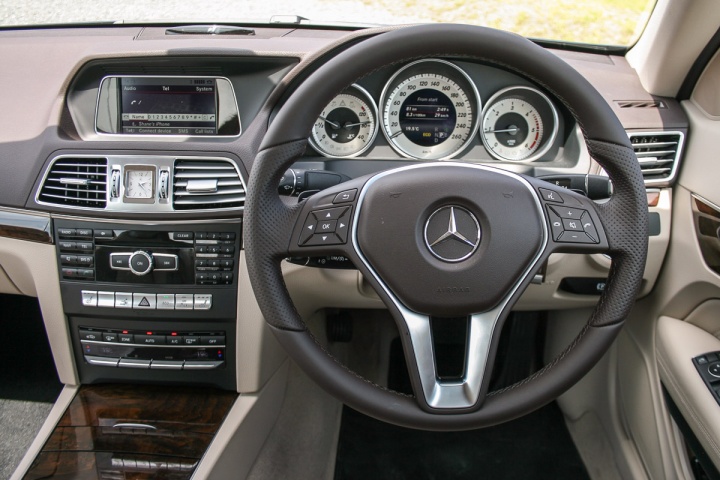 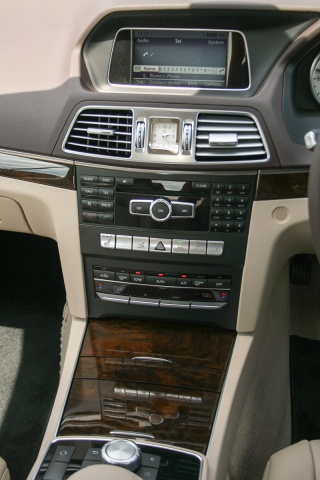 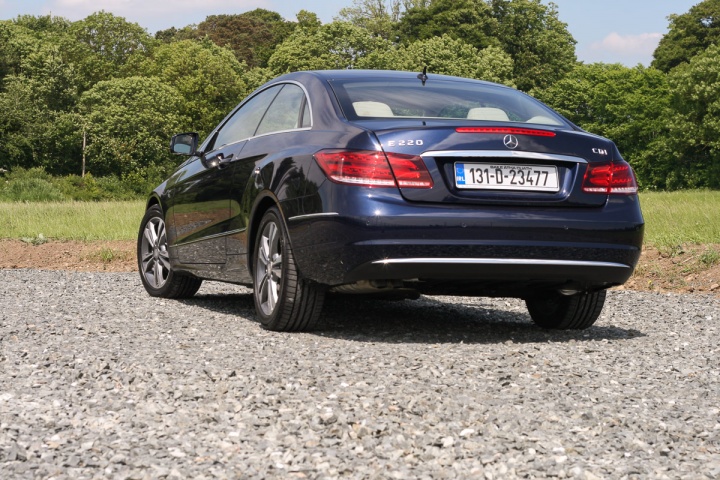 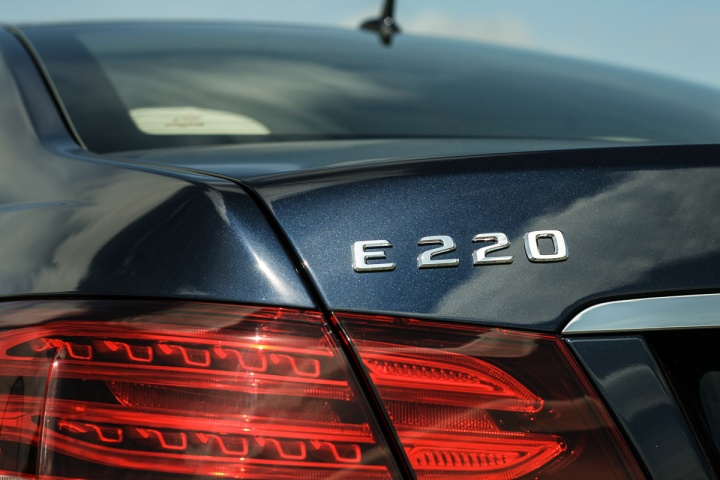 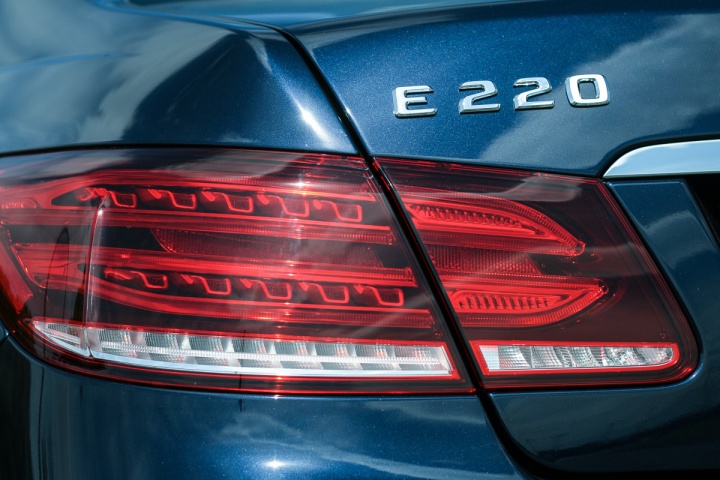 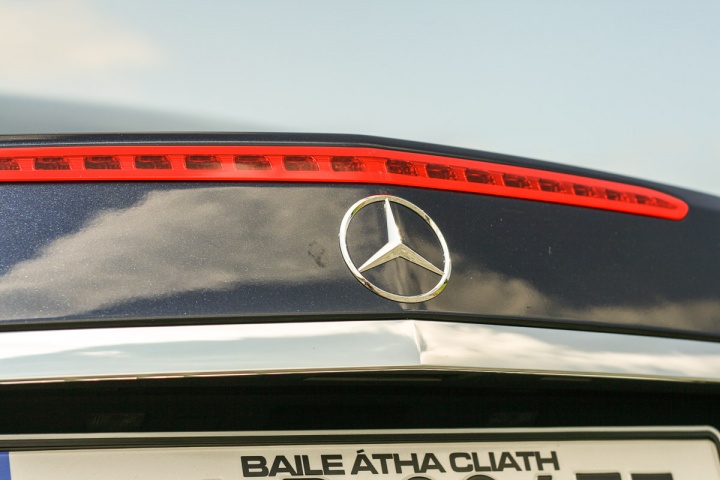 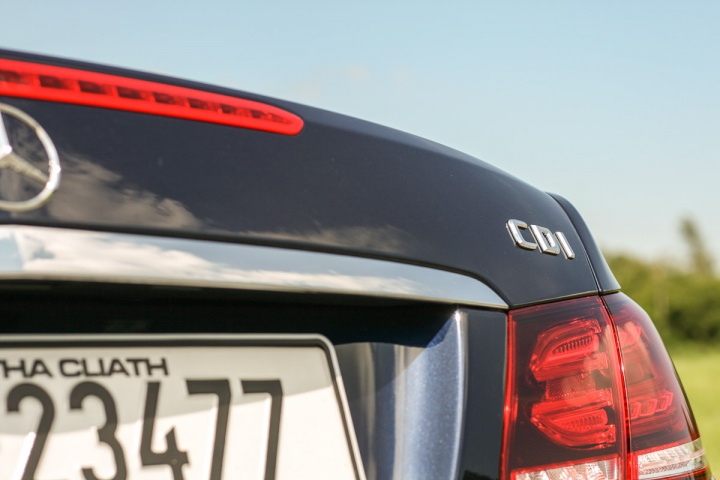 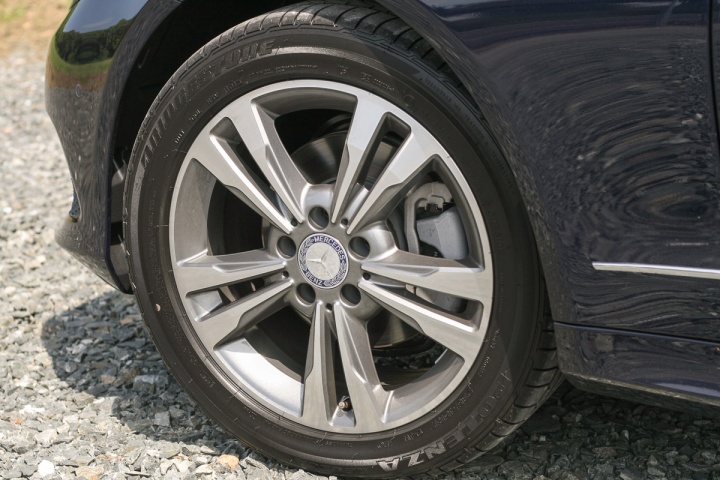 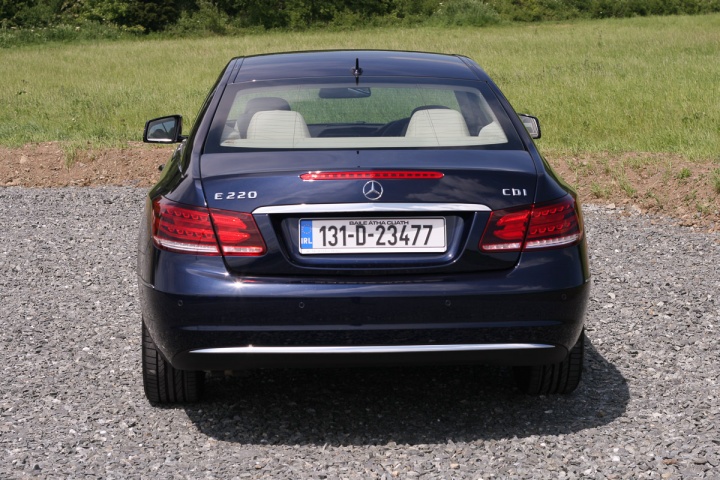 Can the updated E-Class two-door bring a bit of California glamour to an Irish summer?

Not so good: slightly too thirsty, needs careful colour choice.

Now, I'm one of those people who berate others for being too conservative in their choices. The vast majority of us continue to buy our cars in silver, black or blue with black interiors, and it's leading to a national car park of spectacular dullness. Everything looks the same and under the dull, flat, overcast light of an average Irish day, the dullness just keeps ramping up.

So I should have enjoyed the fact that the E-Class Coupé arrived in an exterior and interior colour scheme utterly removed from the Irish norm. It was white on the outside (Ed: do not adjust your screens, we only managed to take photographs of a dark-coloured car...) and a mixture of beige and chocolate on the inside. I should have rejoiced.

I didn't. All I could think was that it looked a bit too Rodeo Drive, possibly Dubai and I just looked like an utter twerp in it. I longed for something more discrete. Silver with black perhaps? Maybe I'm just getting more conservative in my old age.

Mercedes isn't. While the three-pointed-star may not be the automatic badge choice of Ireland's well-heeled motorists anymore (its sales have been overtaken by both Audi and BMW now), Mercedes isn't tucking in its head and lapsing into predictability as a defence mechanism. This E-Class Coupé may be a very traditional four-seat 2+2 coupé but it's styled with a flourish and a determination to look distinctive that leaves BMW's too-me-too 4 Series and Audi's A5 looking a touch dowdy. Over-styled? Yes, you could probably argue that point, and the new front end, where single-piece headlamps have replaced the old awkward-looking quad-light setup, still looks a touch messy, as does the rear three-quarters from some angles, but somehow it all melds into a coherent whole. Our test car was rather nicely set off by some mean looking AMG Sport alloys too, which helped.

The cabin is a rather nice place in which to spend time, too. Quite apart from the general reassurance that comes from glancing down to see the Merc star in the centre of the steering wheel as you pootle along, it's wonderfully comfortable and even decently spacious. OK, so the rear seats aren't going to be home to a major convention any time soon, but they're fine, and adults will squeeze in for short hops. The front seats are terrific, supportive with just the right amount of squidge while the overall quality feels spectacularly good. Hate the little carriage clock in the centre though. It looks like something your granny would have on the mantelpiece.

Up front, the 250 CDI diesel four-cylinder engine boasts a decent 204hp and a very impressive 500Nm of torque. That makes this mid-size Merc feel rather better than just brisk, with step-off acceleration not much less than what you'd get from the big, expensive petrol V8 version. The 0-100km/h sprint is done in just 7.3 seconds and that's actually quicker with the seven-speed automatic gearbox than with the manual. Speccing your Merc with an auto has always been the right option, after all.

You may also feel, at first, that the E-Class doesn't handle as sharply as a coupé should. In fact, it feels quite soft and sofa-y when you hop in. Worry not; it's another traditional Merc trait. Comfort comes first, dynamics later but be in now doubt that the dynamic performance is there. Cruise along the motorway and the E feels quiet (it's very refined, doubtless helped by the Lanchester balancer shafts on the engine) and smooth. Turn off onto a back road and it does start to come alive. I think Mercedes is actually making better steering setups than BMW at the moment, and the E 250 proves me right in this regard. Once you have a couple of degrees of lock on, the feel of the road starts to flow through clearly, the weighting is really good and the whole thing feels more natural and harmonious than you would have expected from that ultra-comfy straight-line performance. The soft-feeling suspension too proves itself to have an iron core of sharp handling. There's a small degree of squish to push through and then you have an agile, predictable and responsive chassis. It's lovely.

You may be thinking from all that that I rather like this car, and you'd be right. You might furthermore be thinking that I'd buy one, if only I had the funds. And you'd be... wrong. Sorry, E-Class Coupé. It's not you, it's me and I've found someone else. She's bigger, has optional seating for seven but matches you step-by-step for comfort, refinement and quality. She may be a little behind in terms of dynamics but she's got you beaten hands-down for practicality. She's the similarly facelifted E-Class Estate, which I happened to be testing at the same time and she's the new Merc that's won my heart. And it has nothing to do with the fact that the test car was silver. With a black interior...

Audi A5 2.0 TDI Coupe review
Audi A5 Coupe vs. Mercedes-Benz E-Class Coupe: handsome and practical, but not as engaging to drive as the Merc. 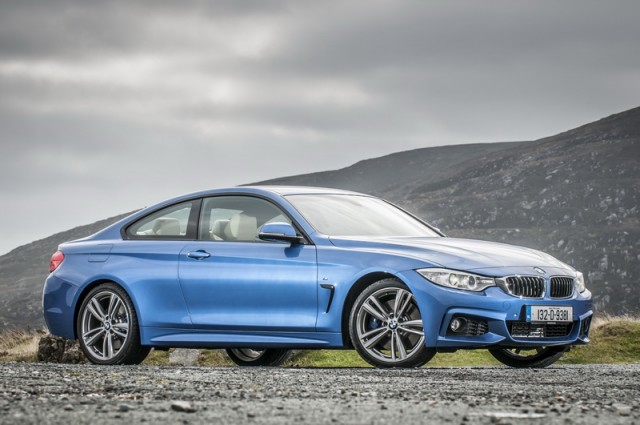 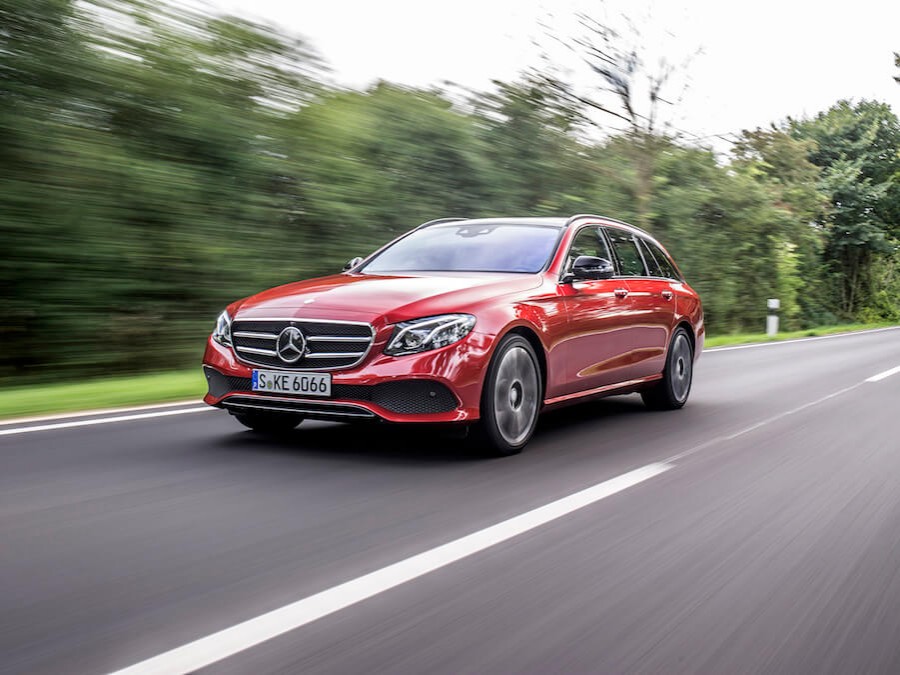