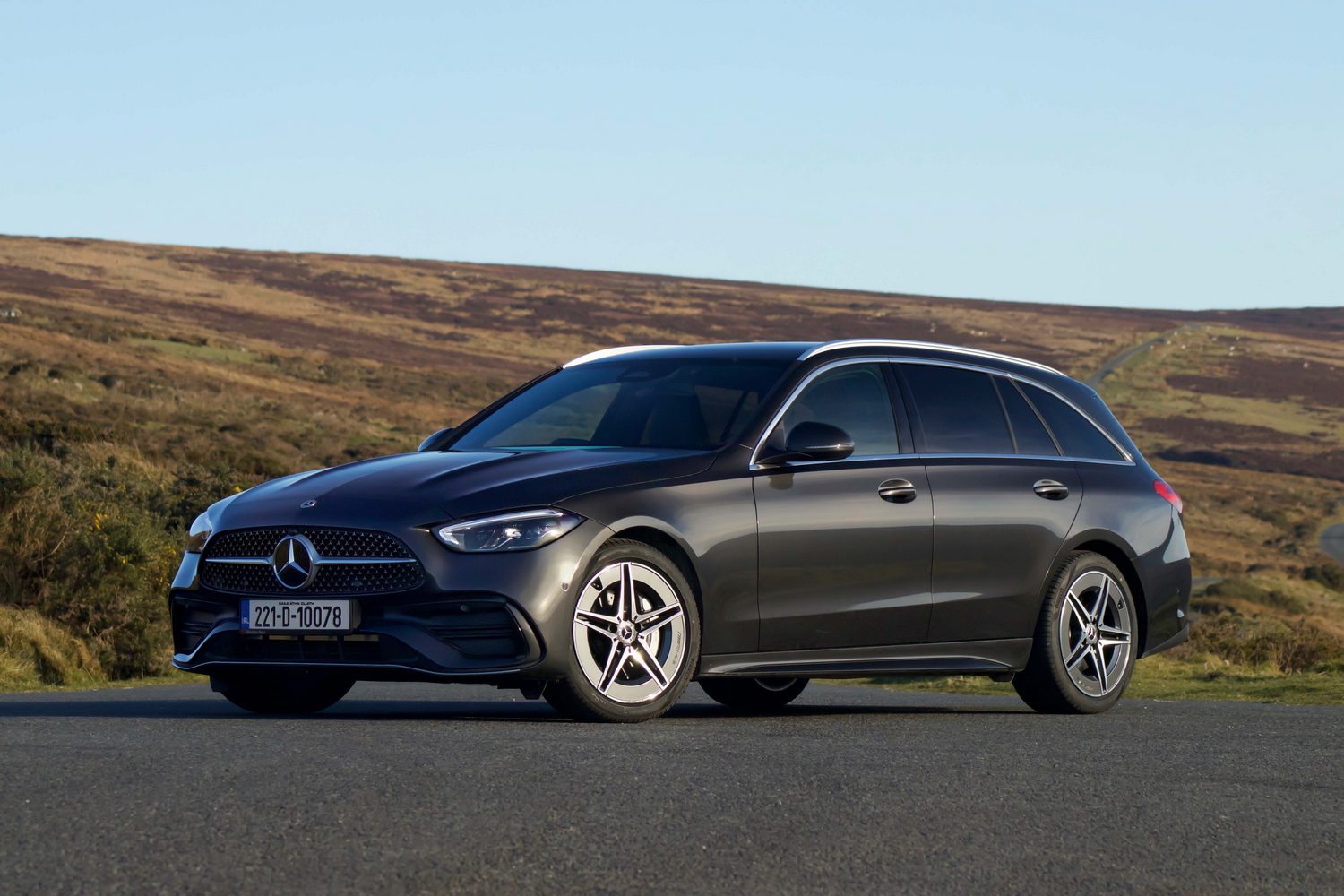 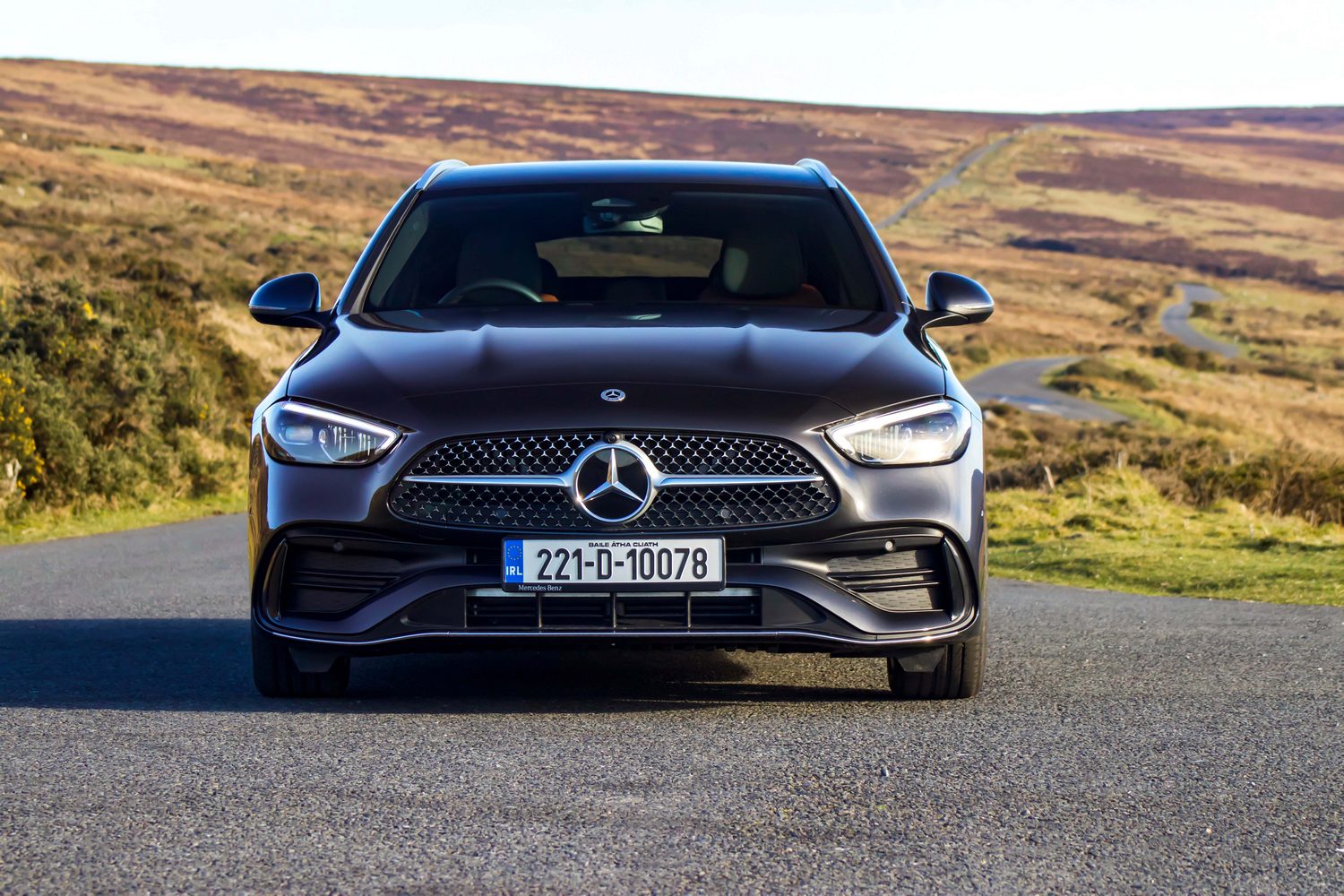 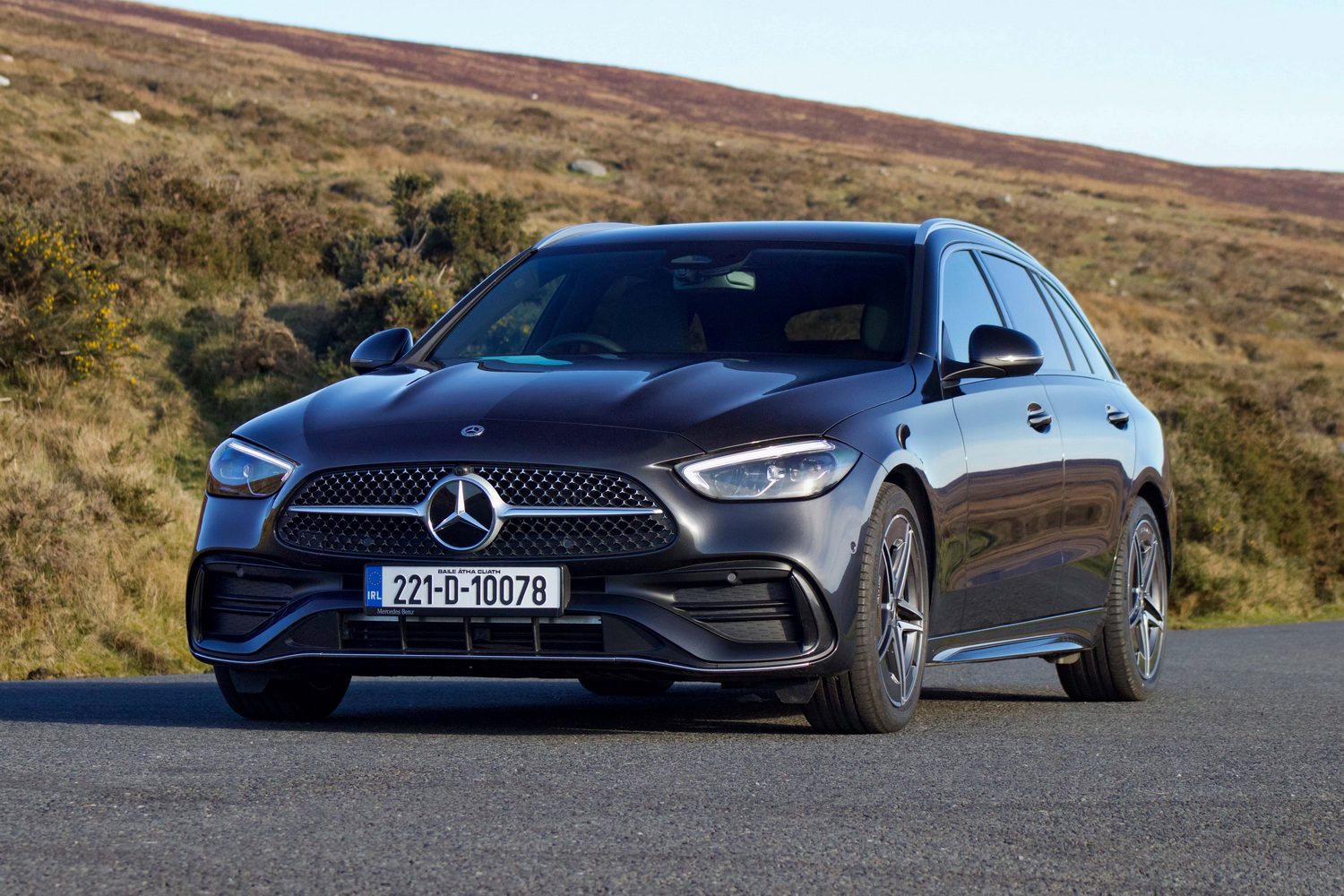 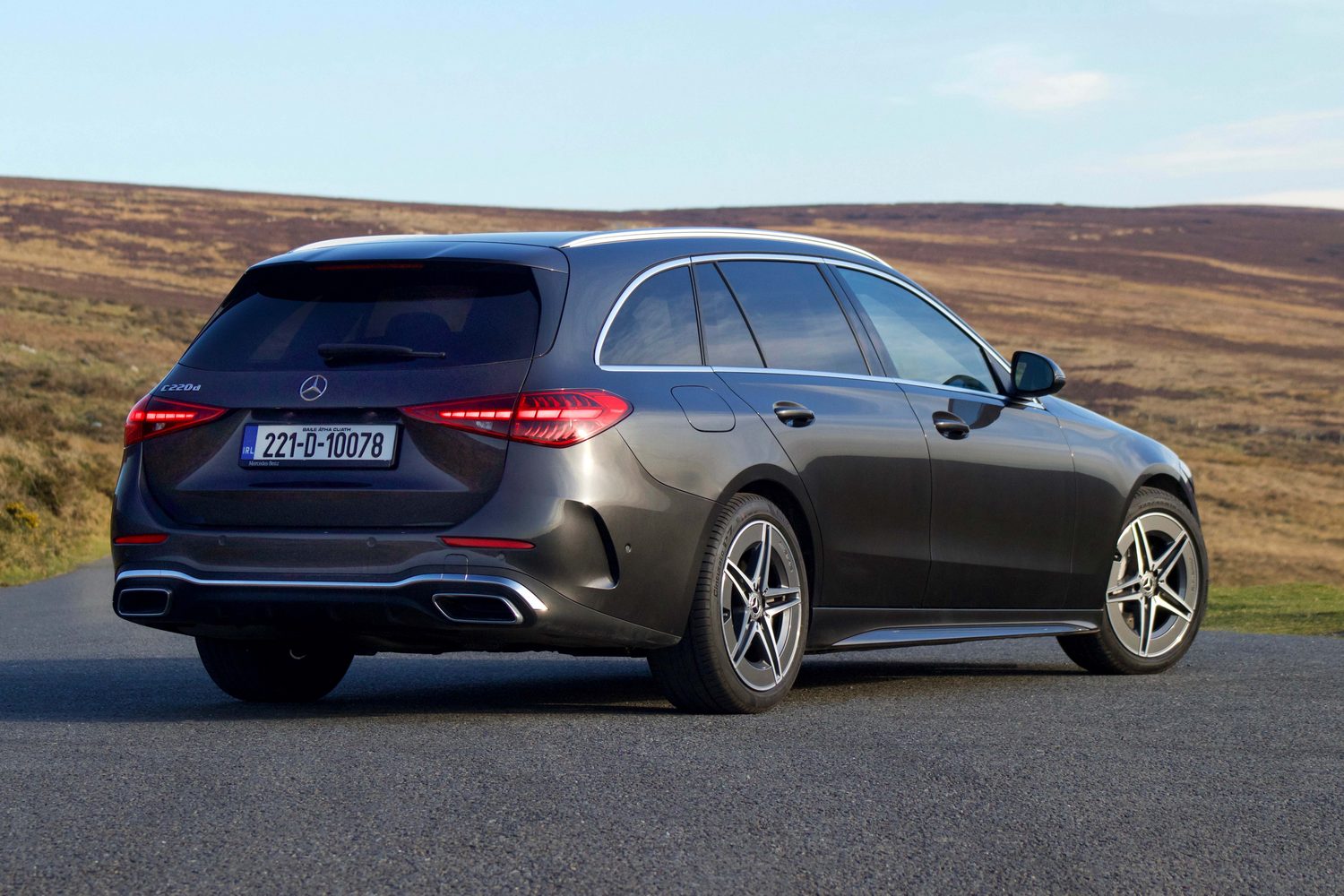 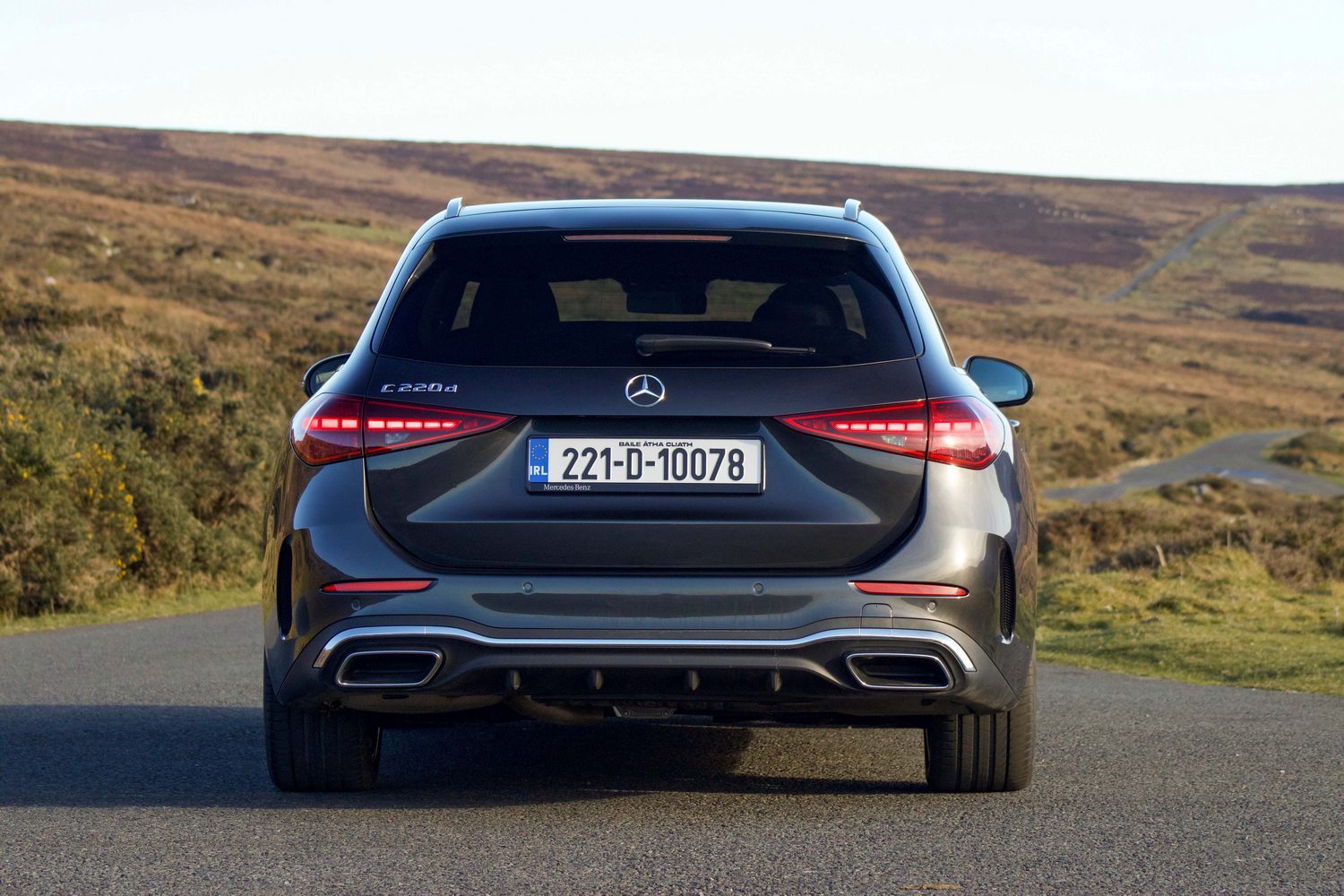 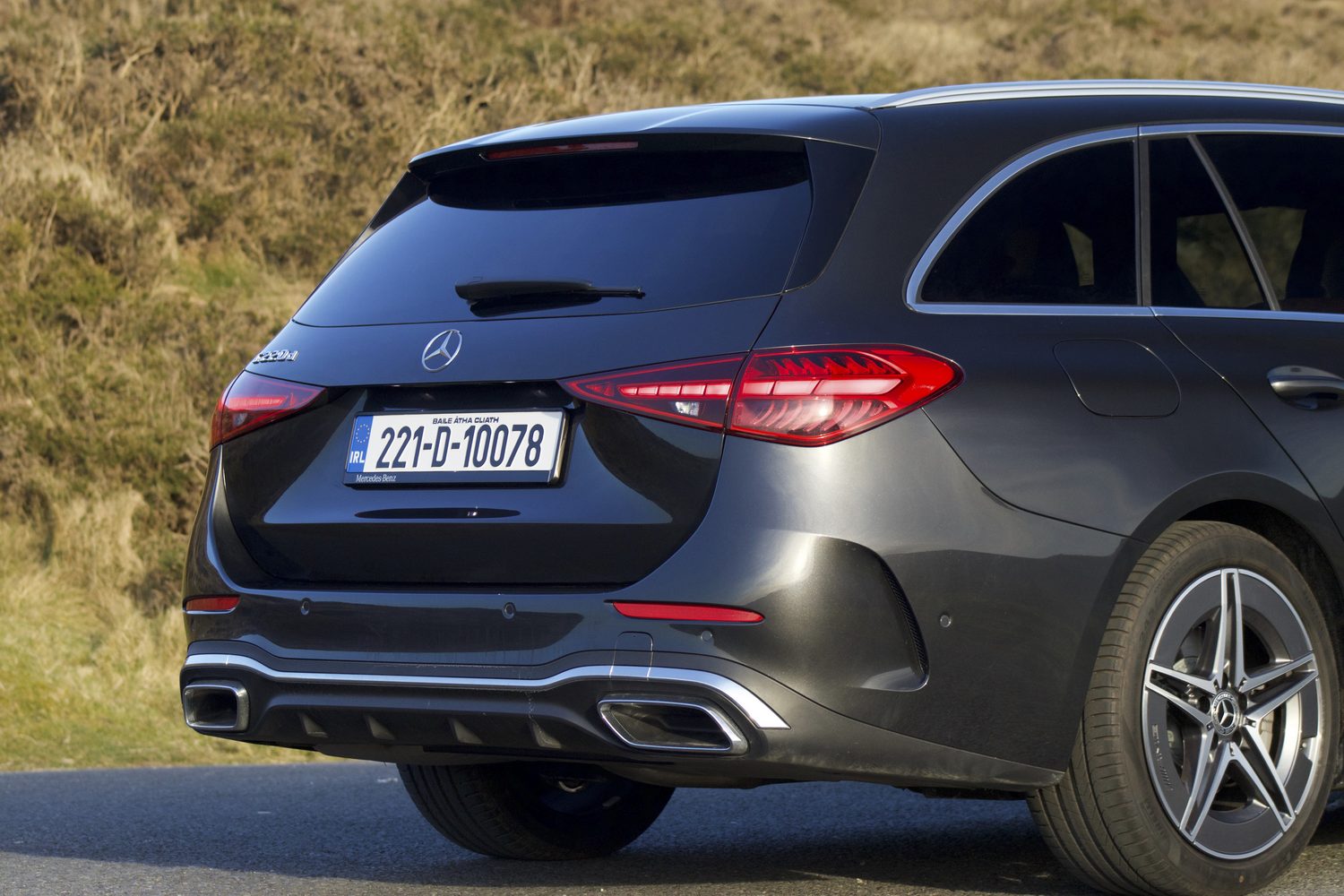 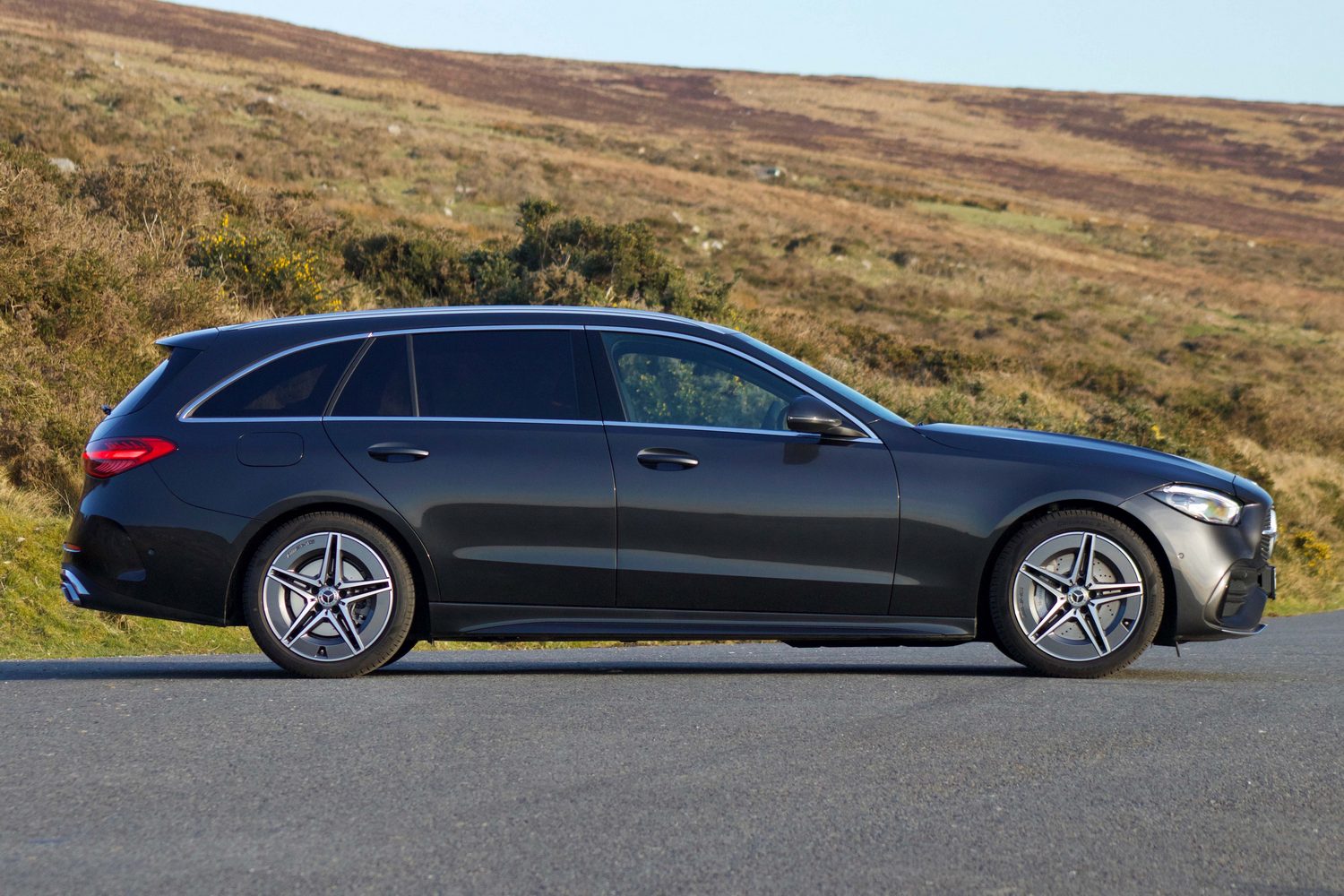 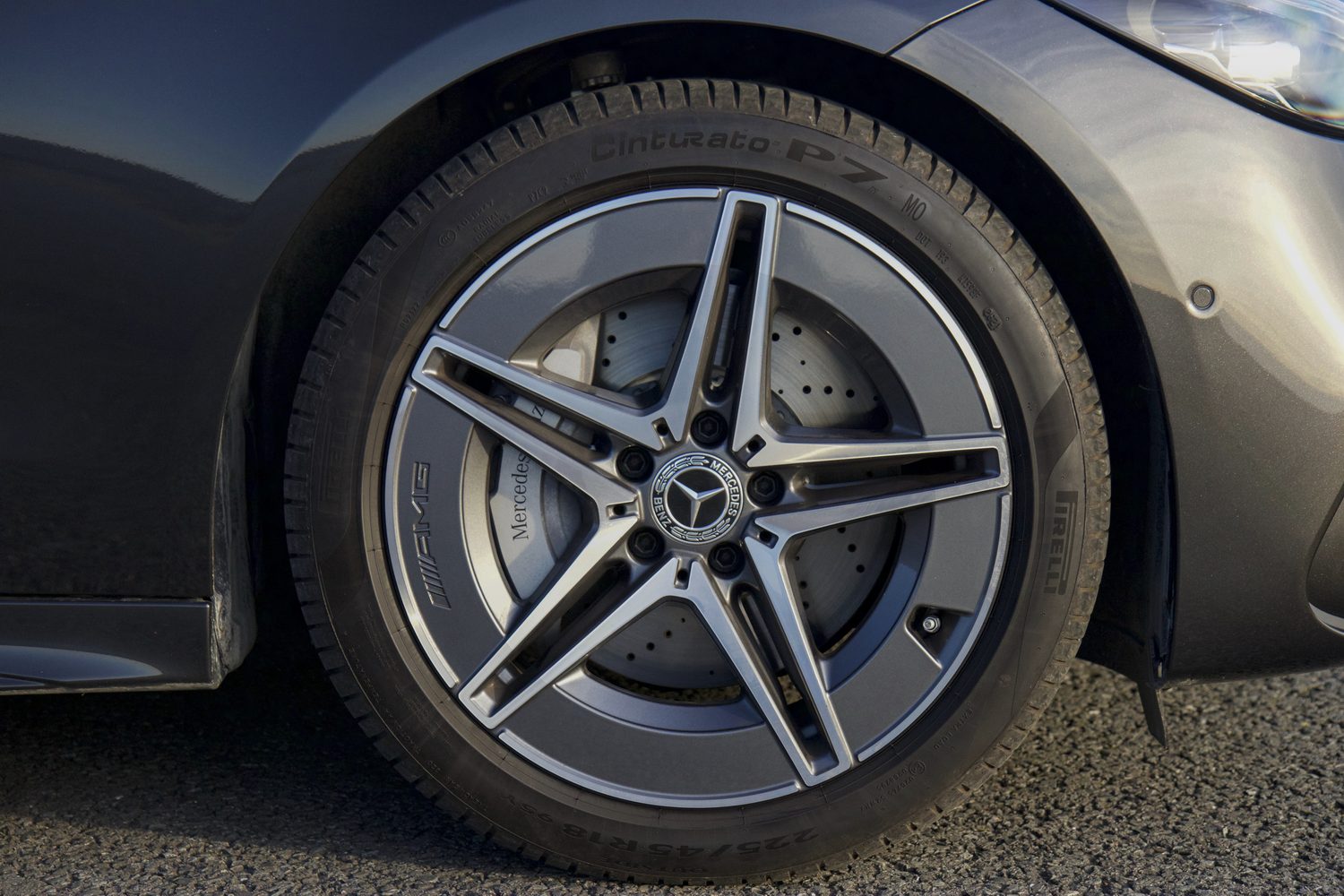 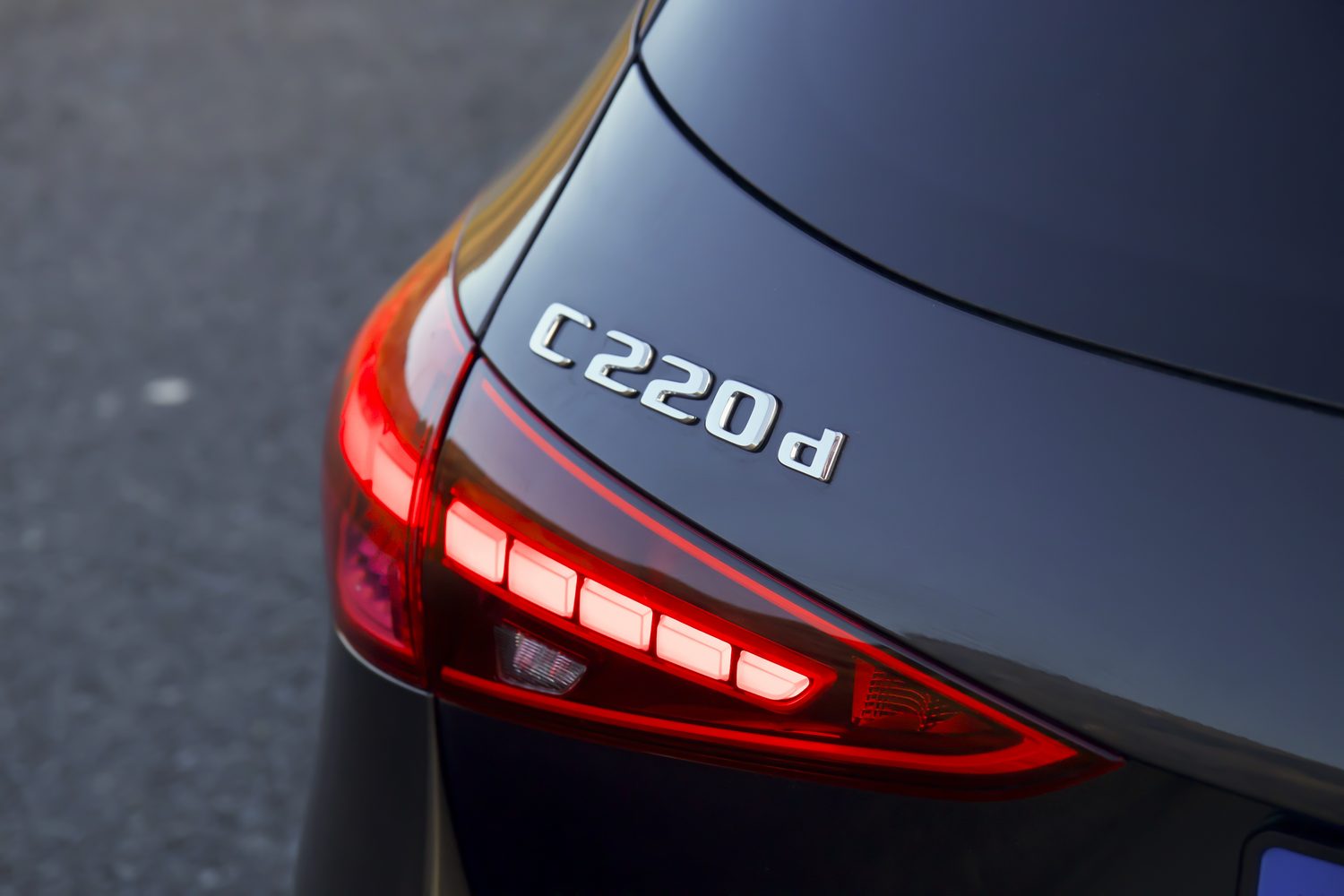 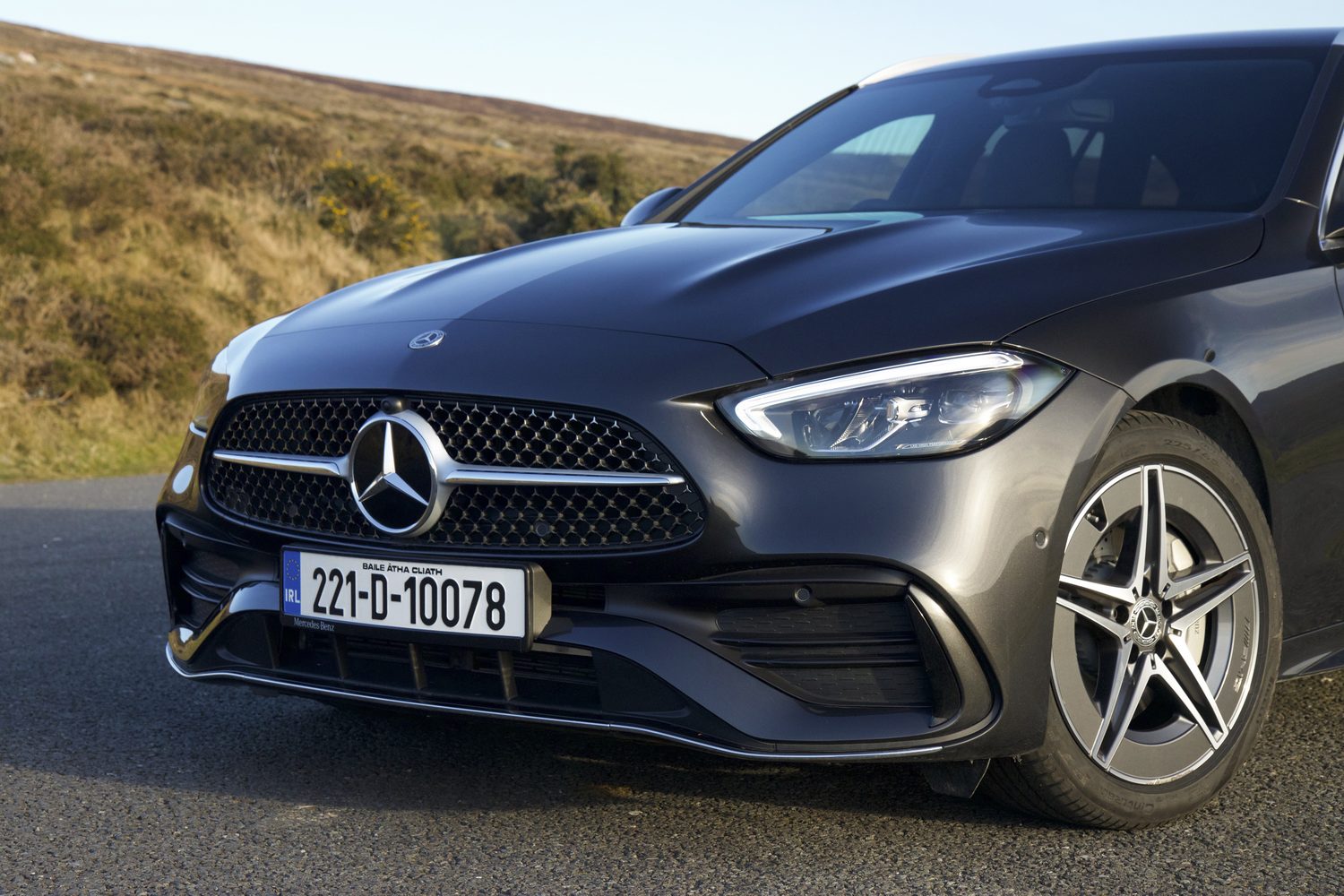 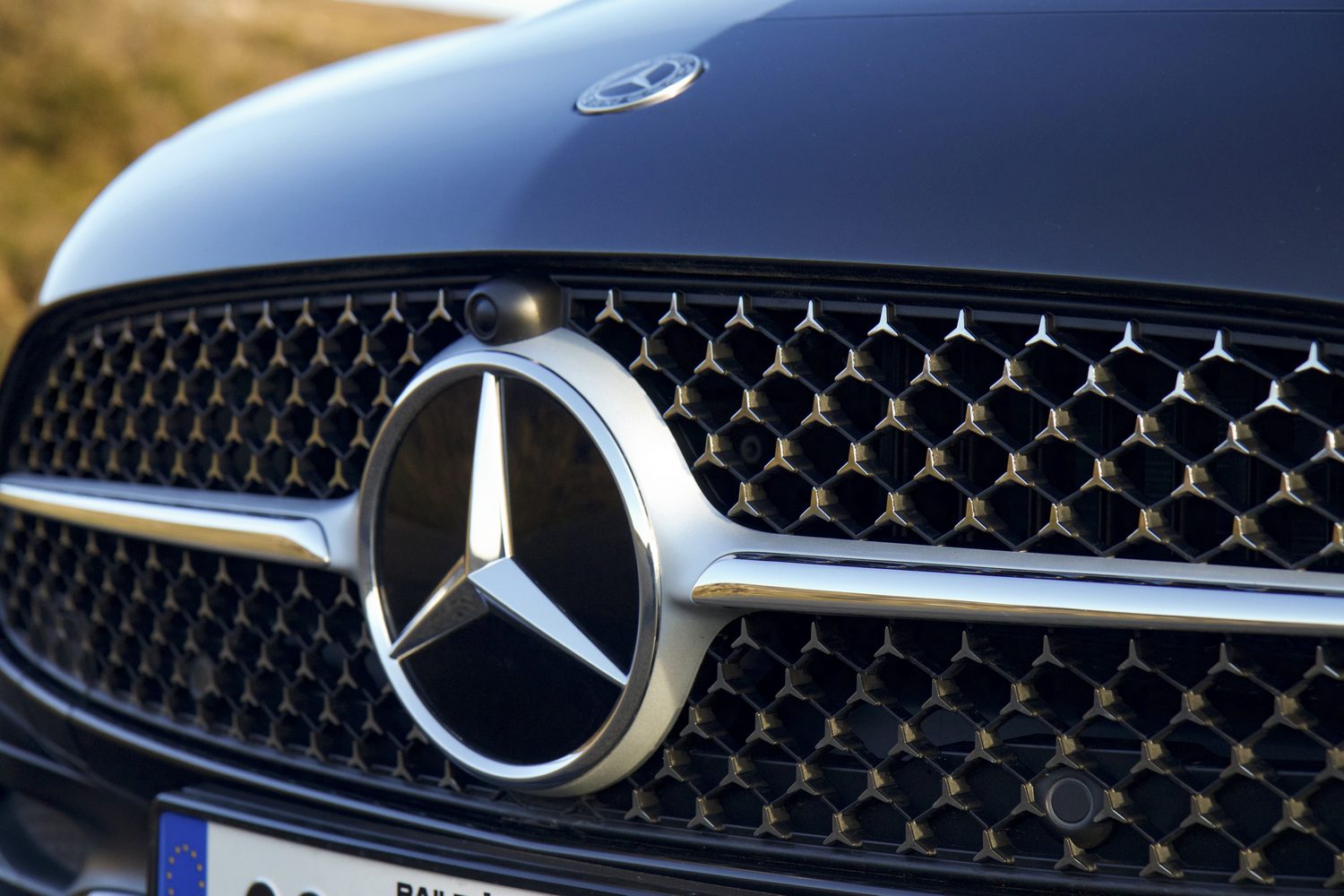 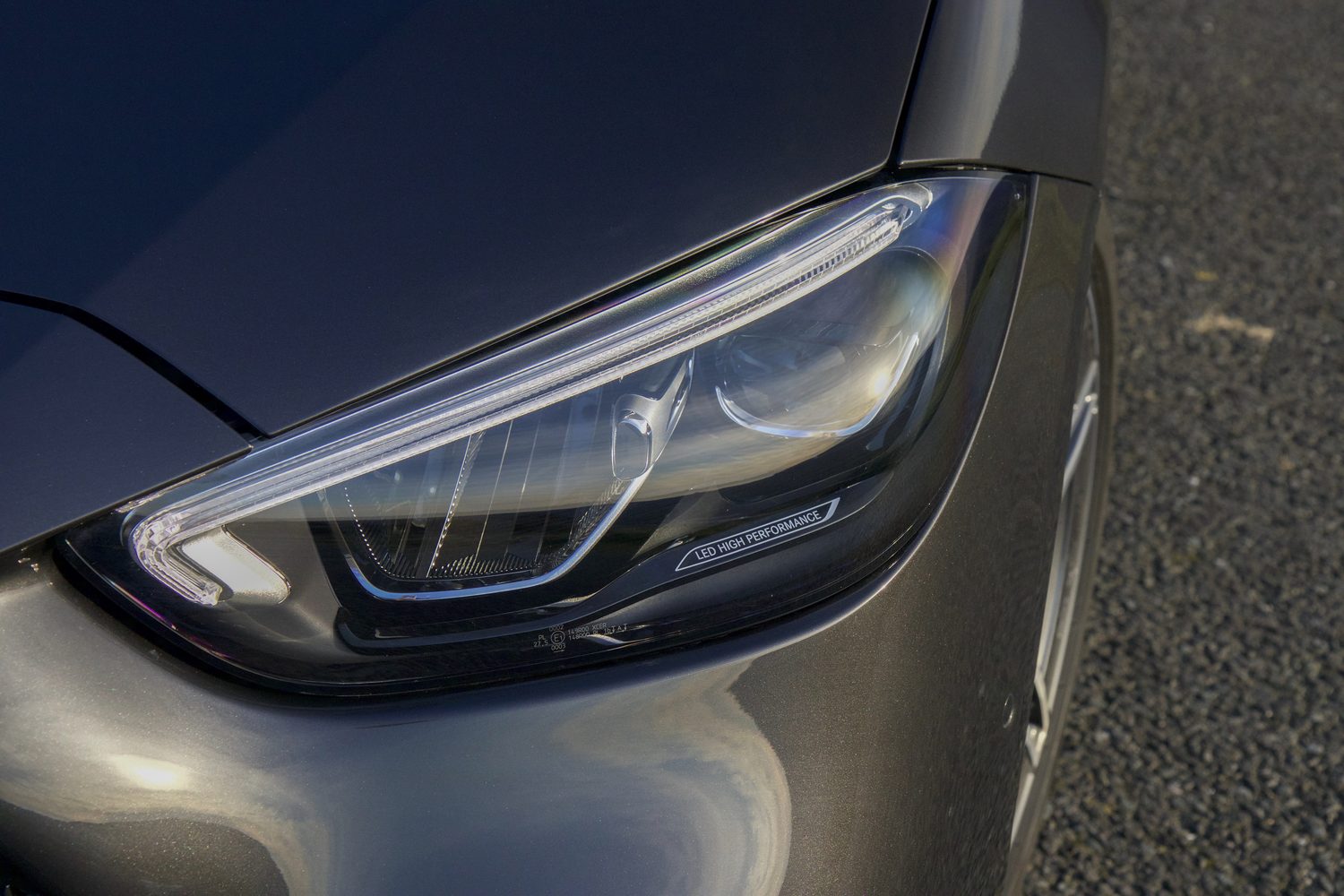 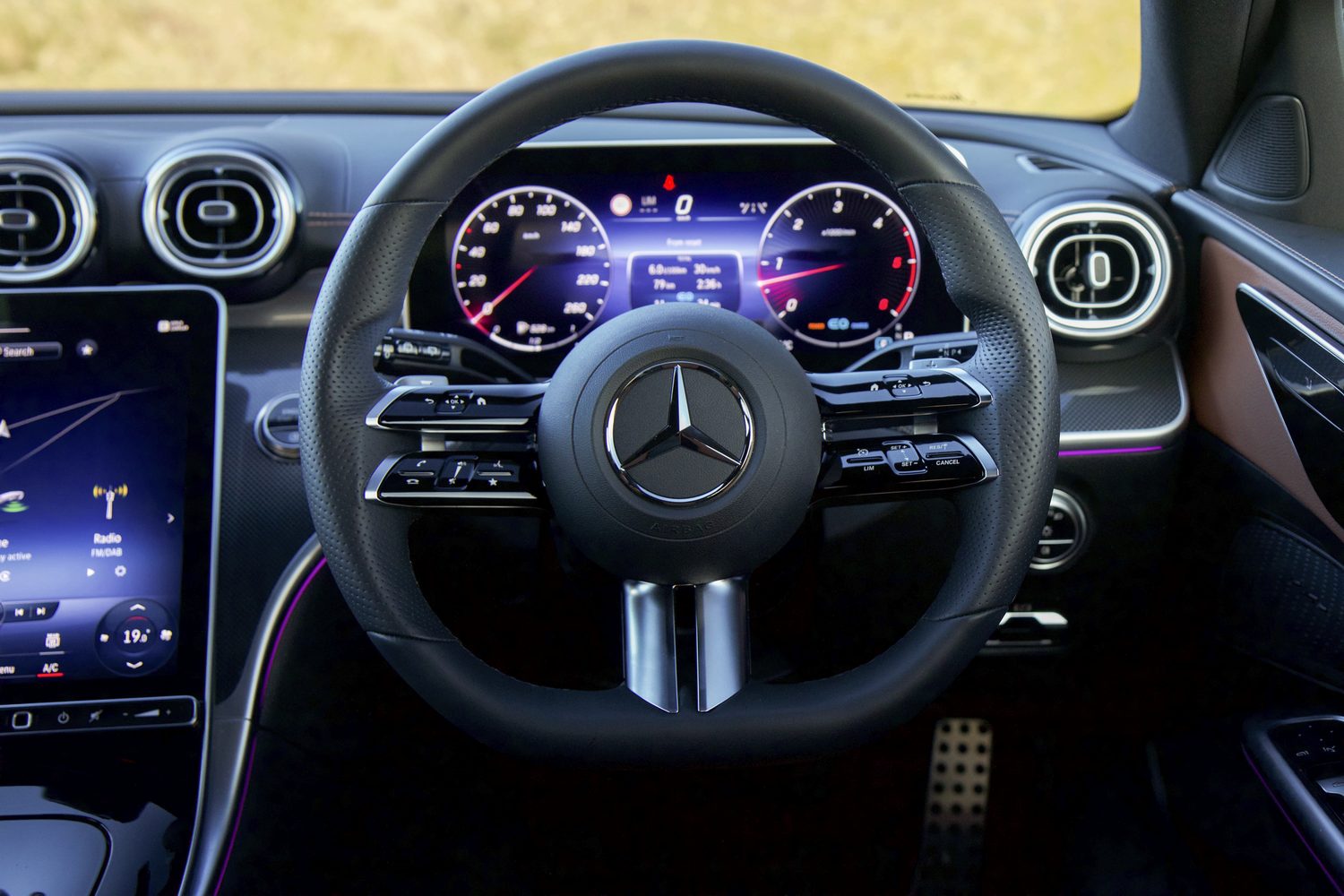 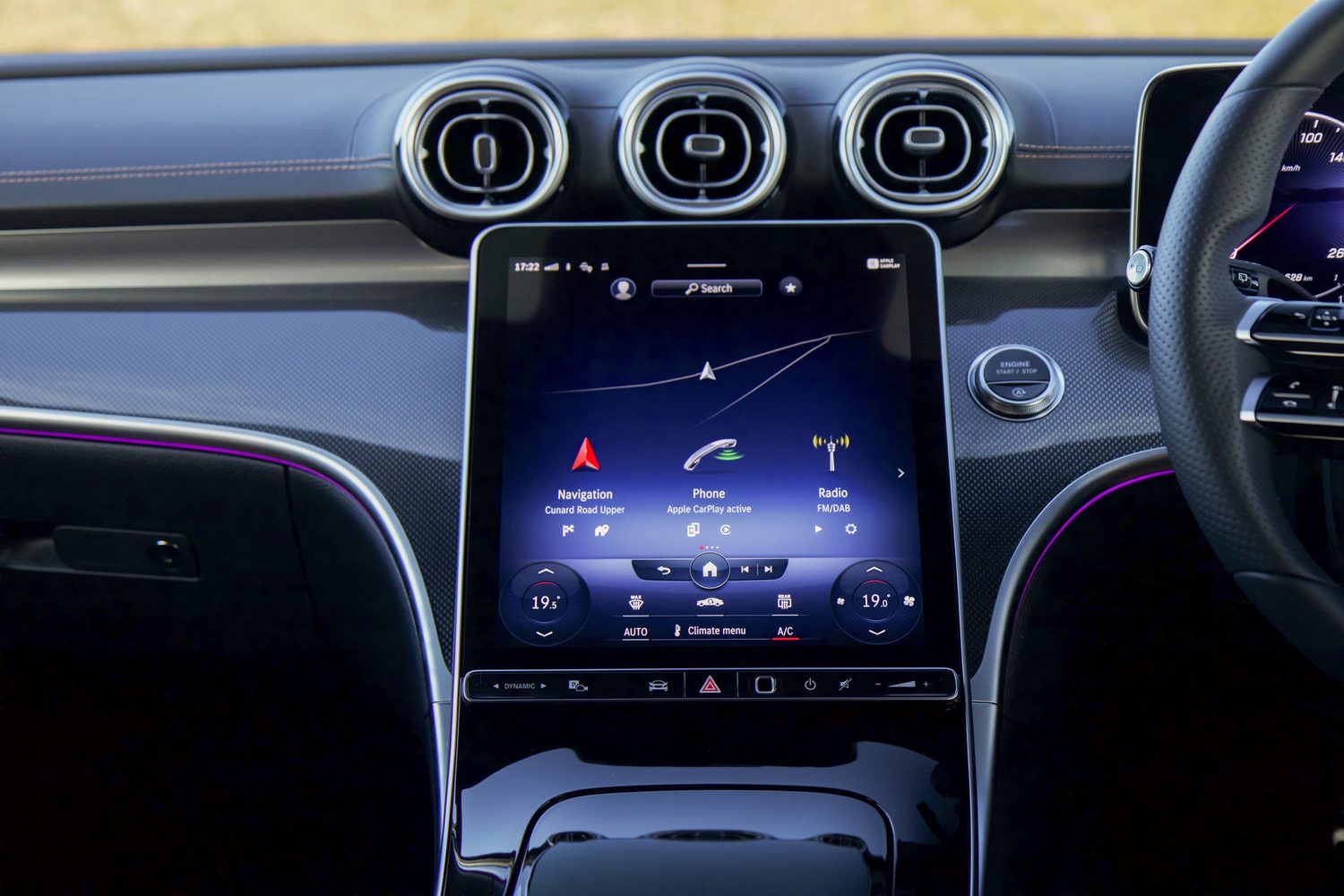 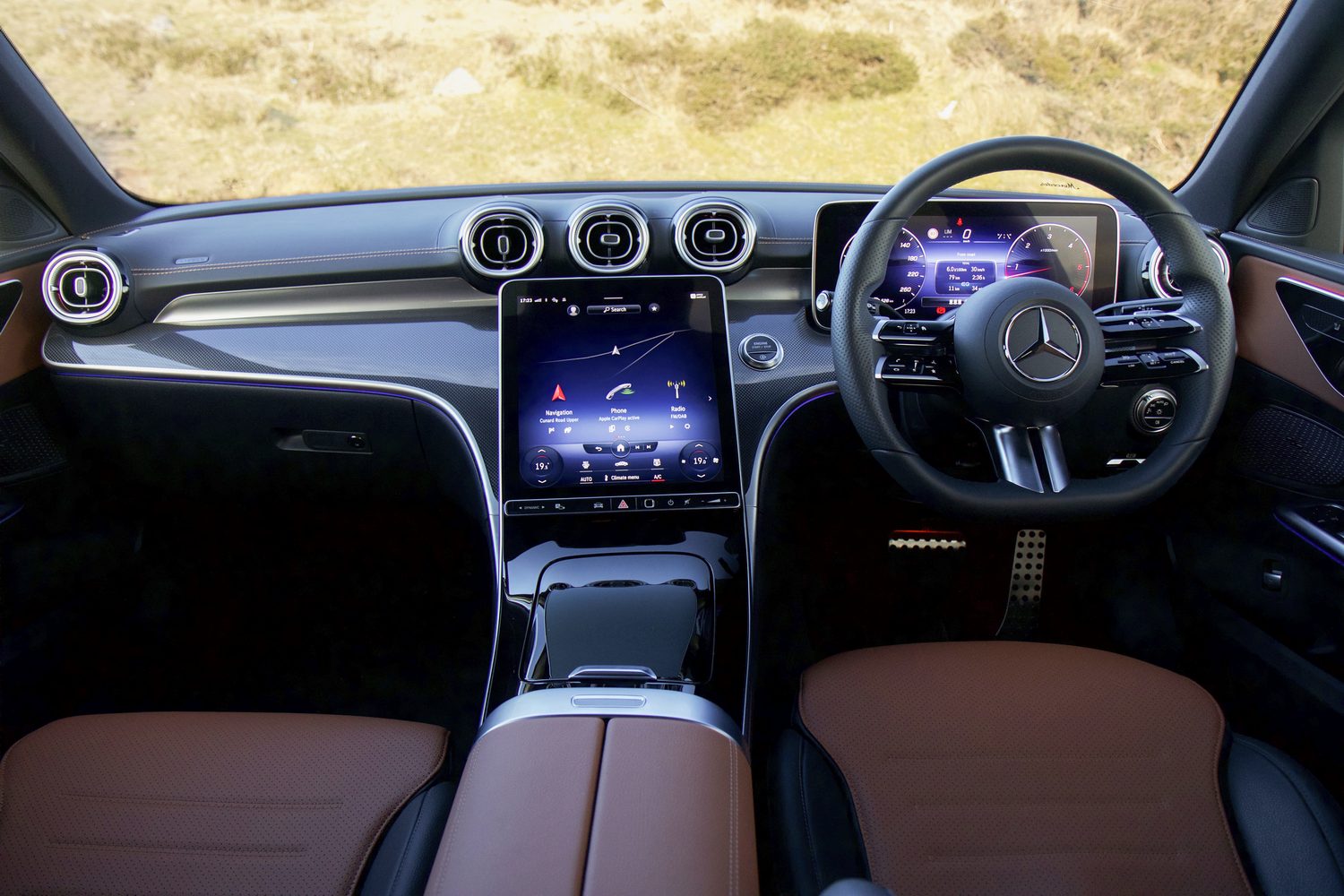 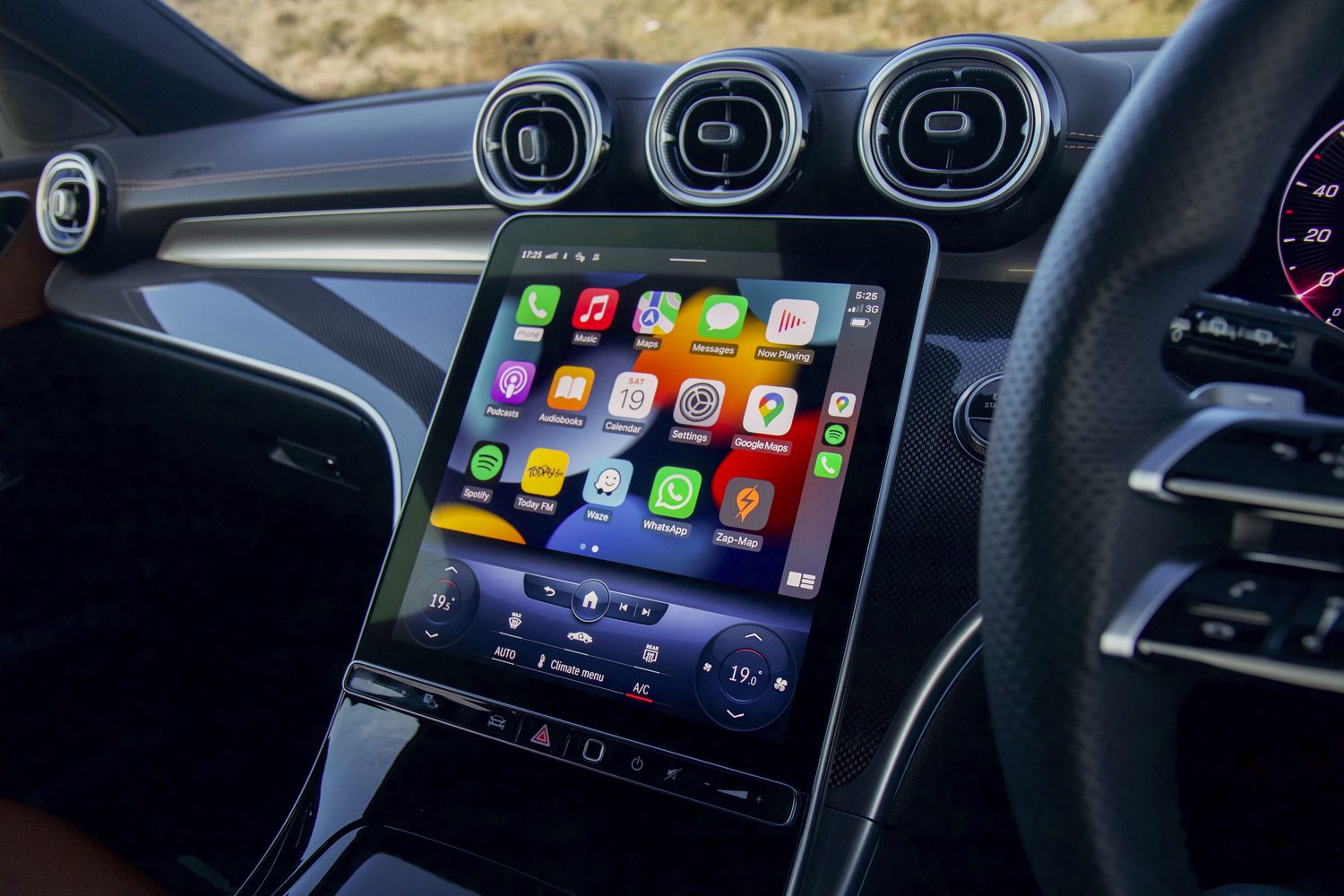 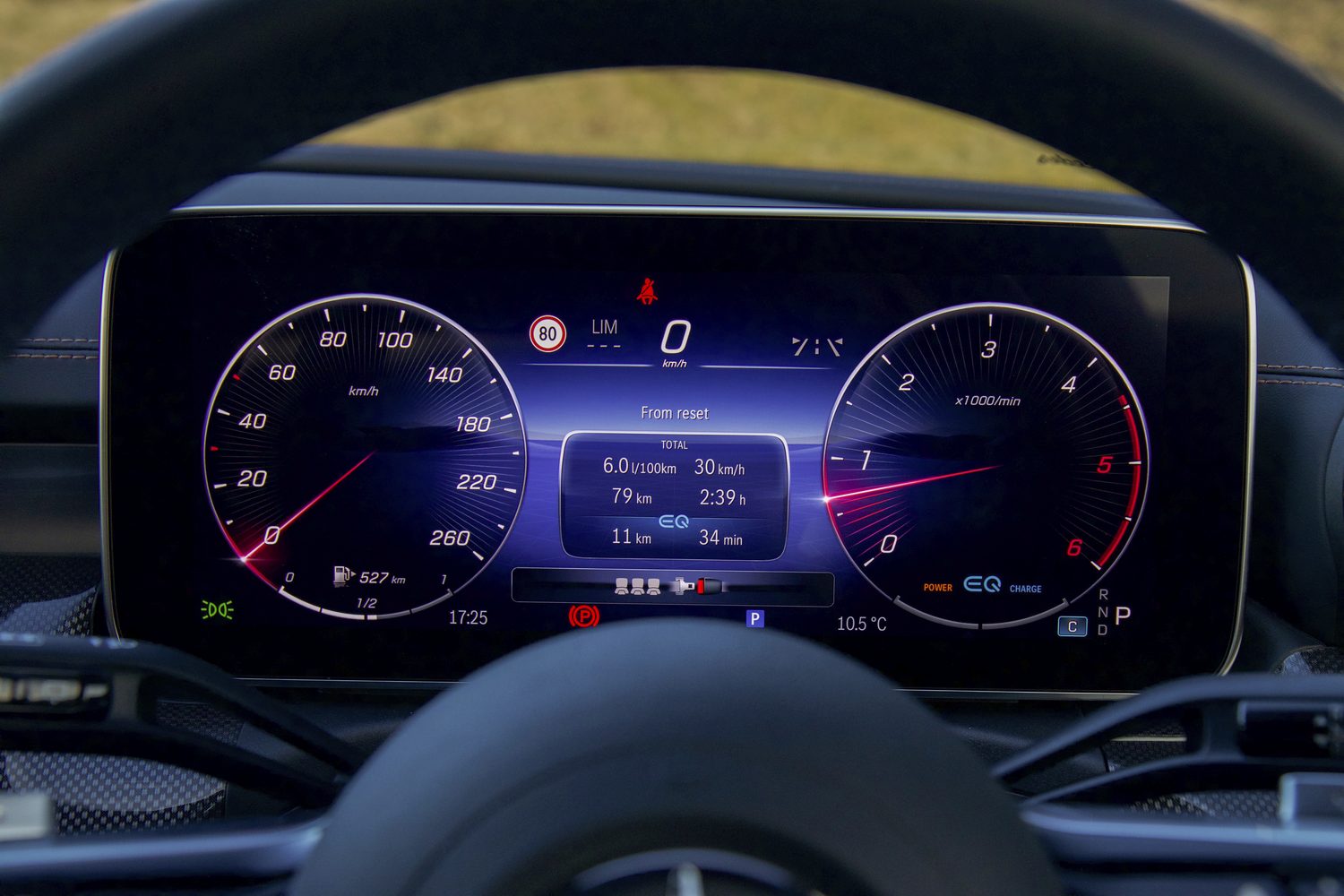 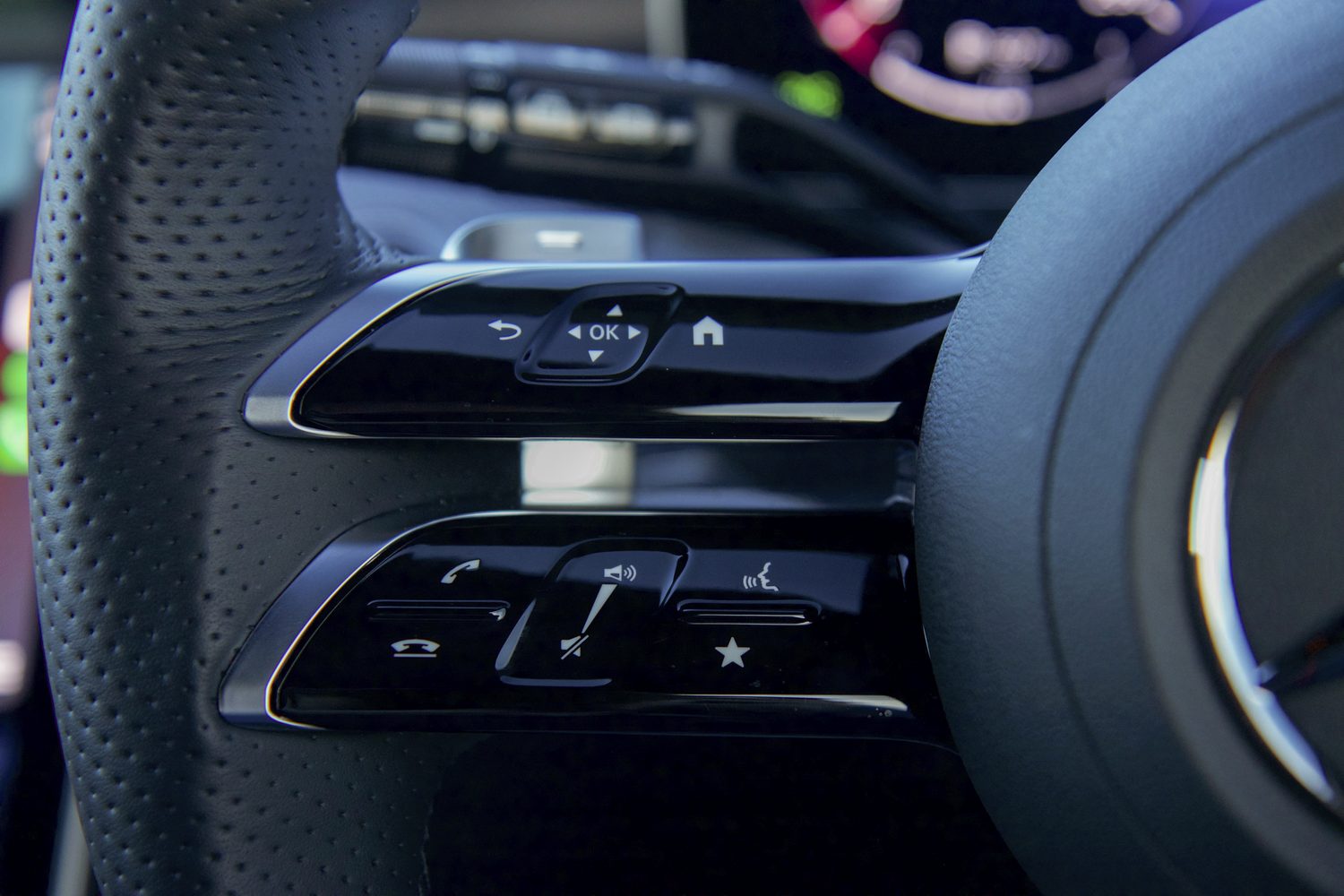 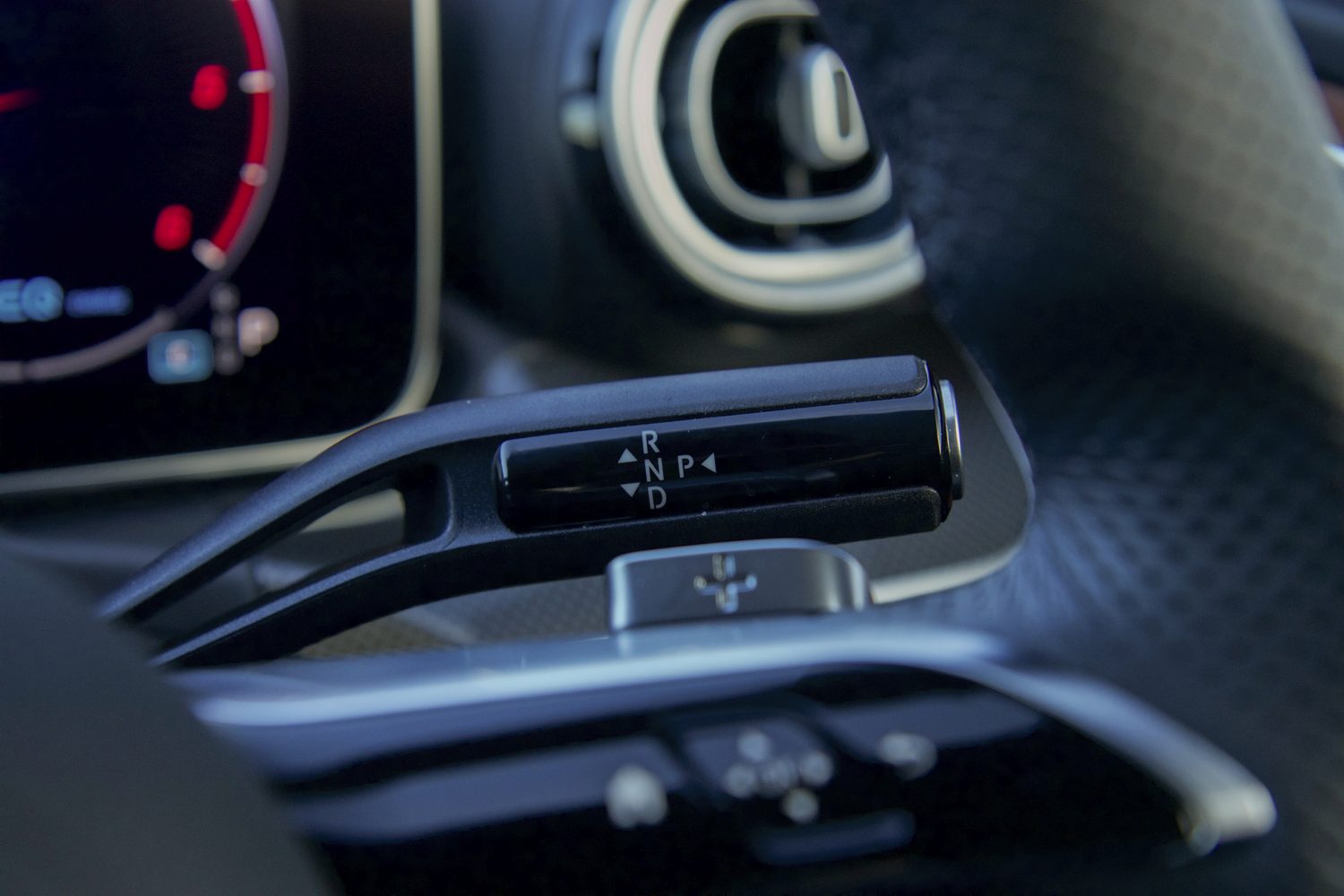 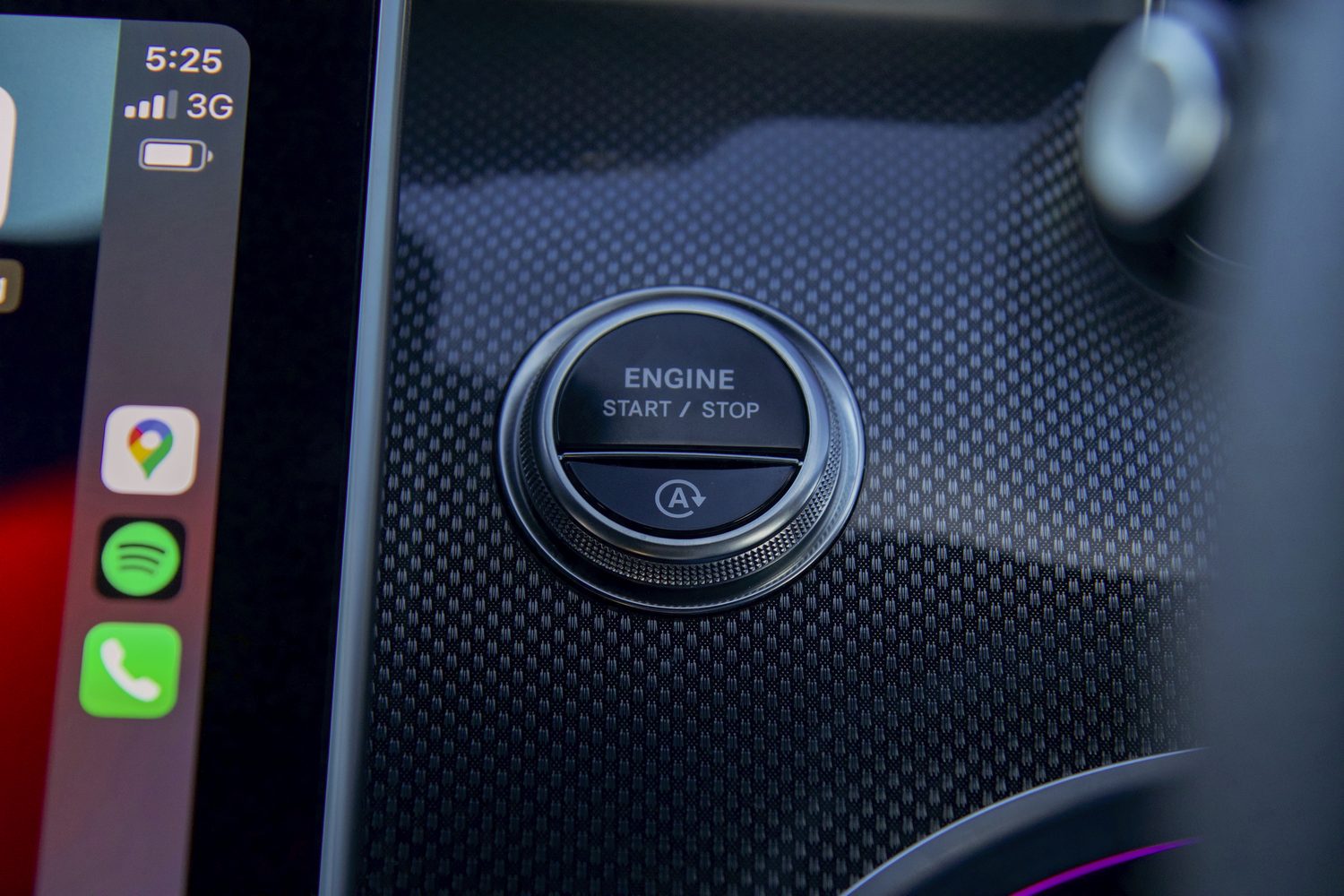 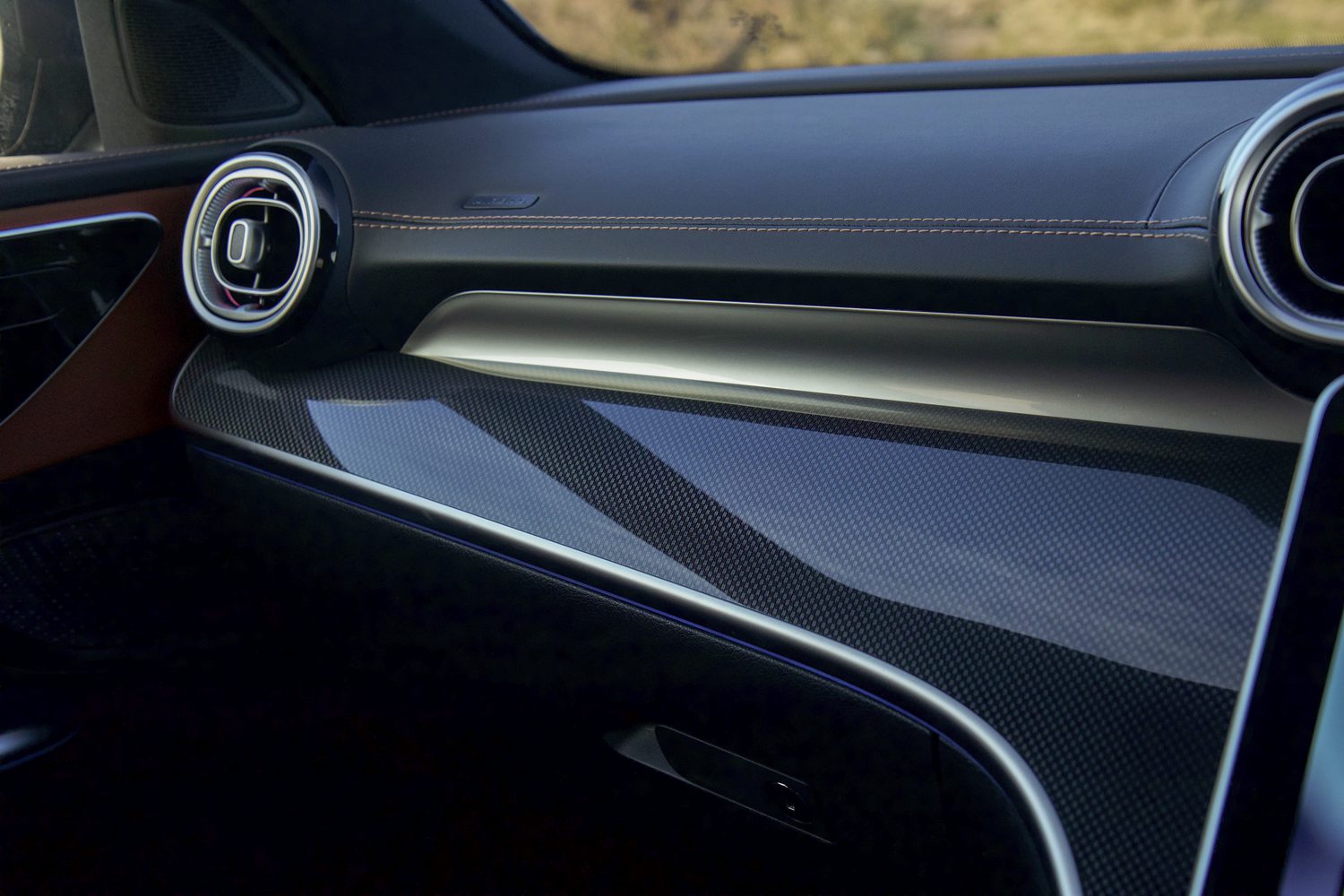 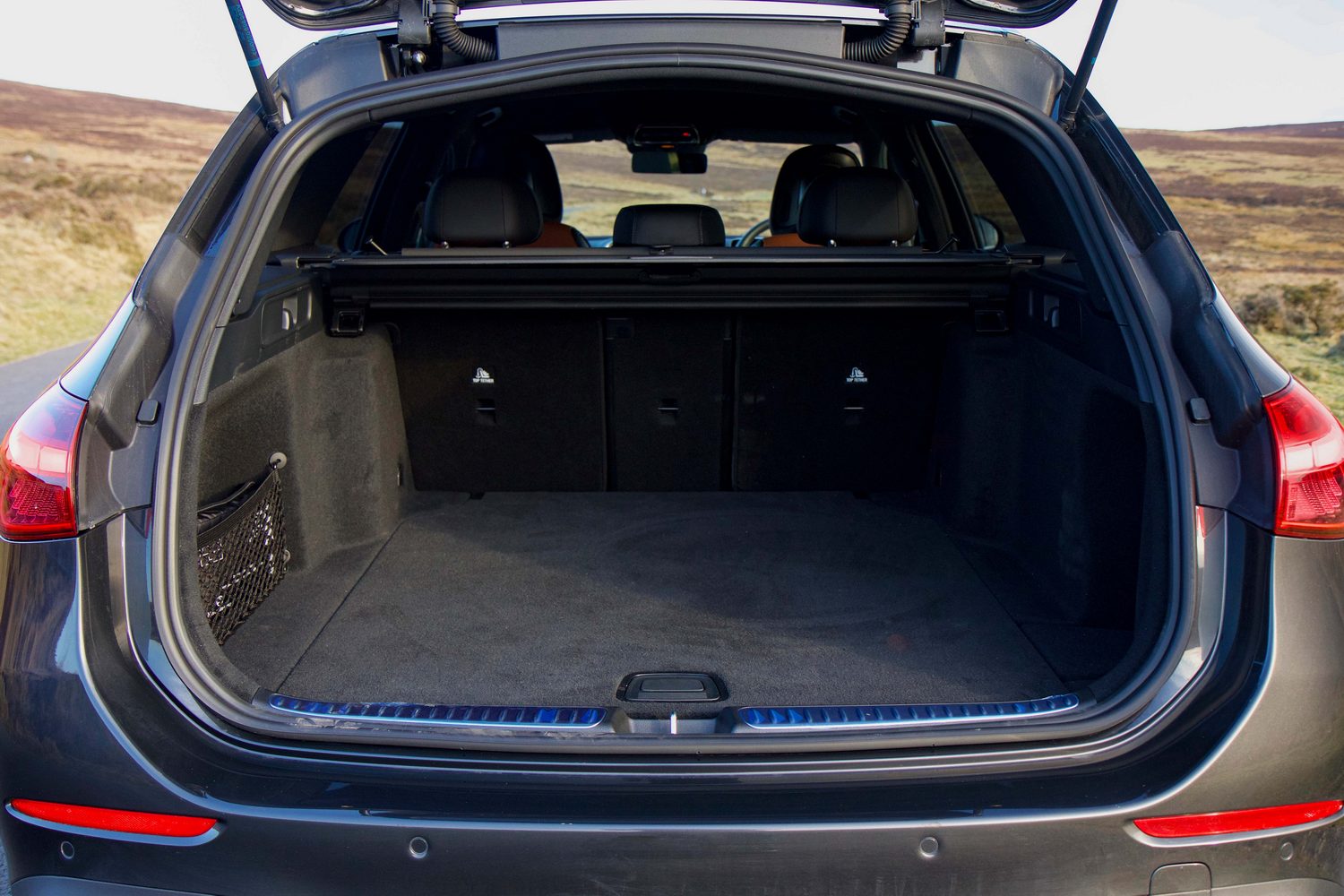 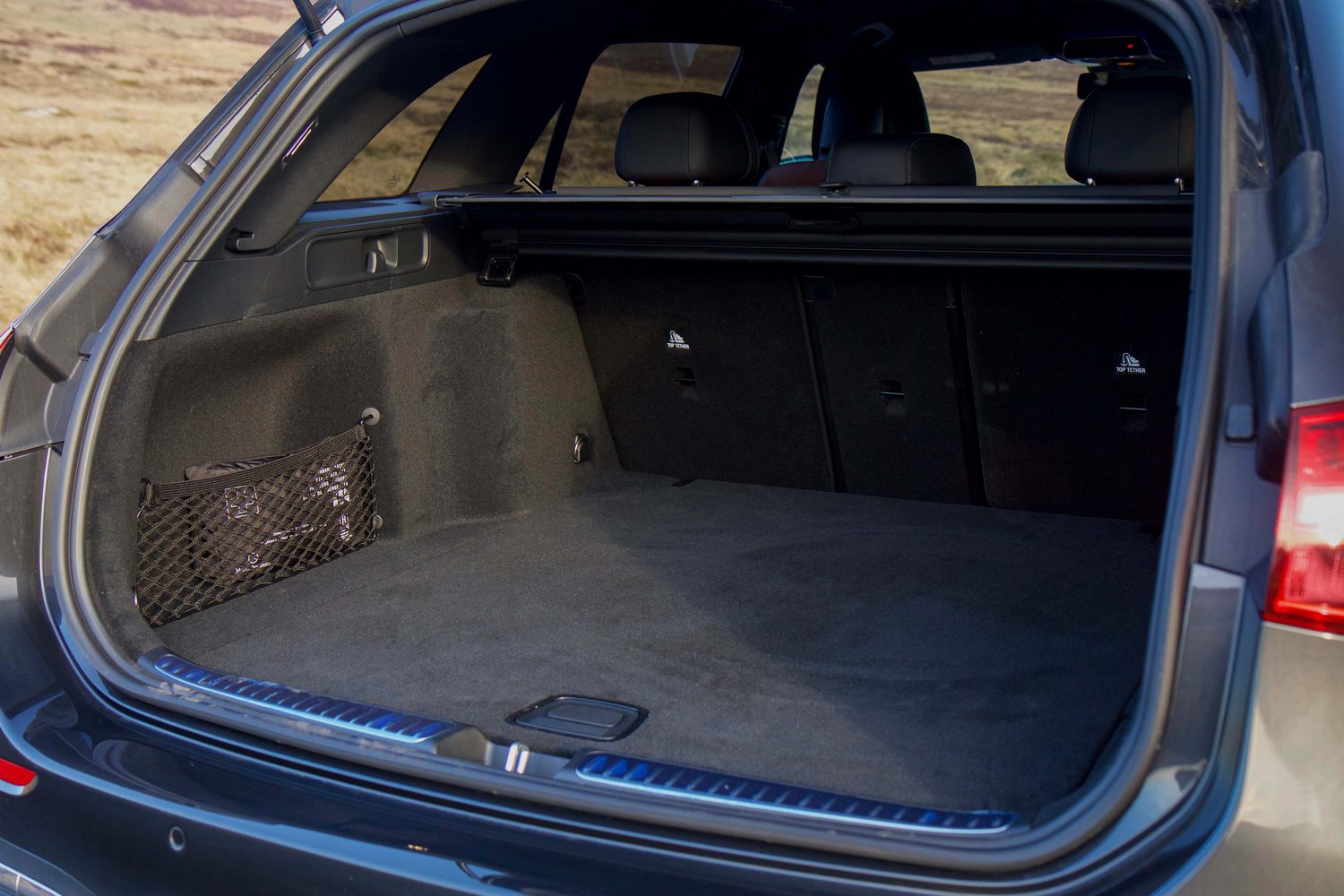 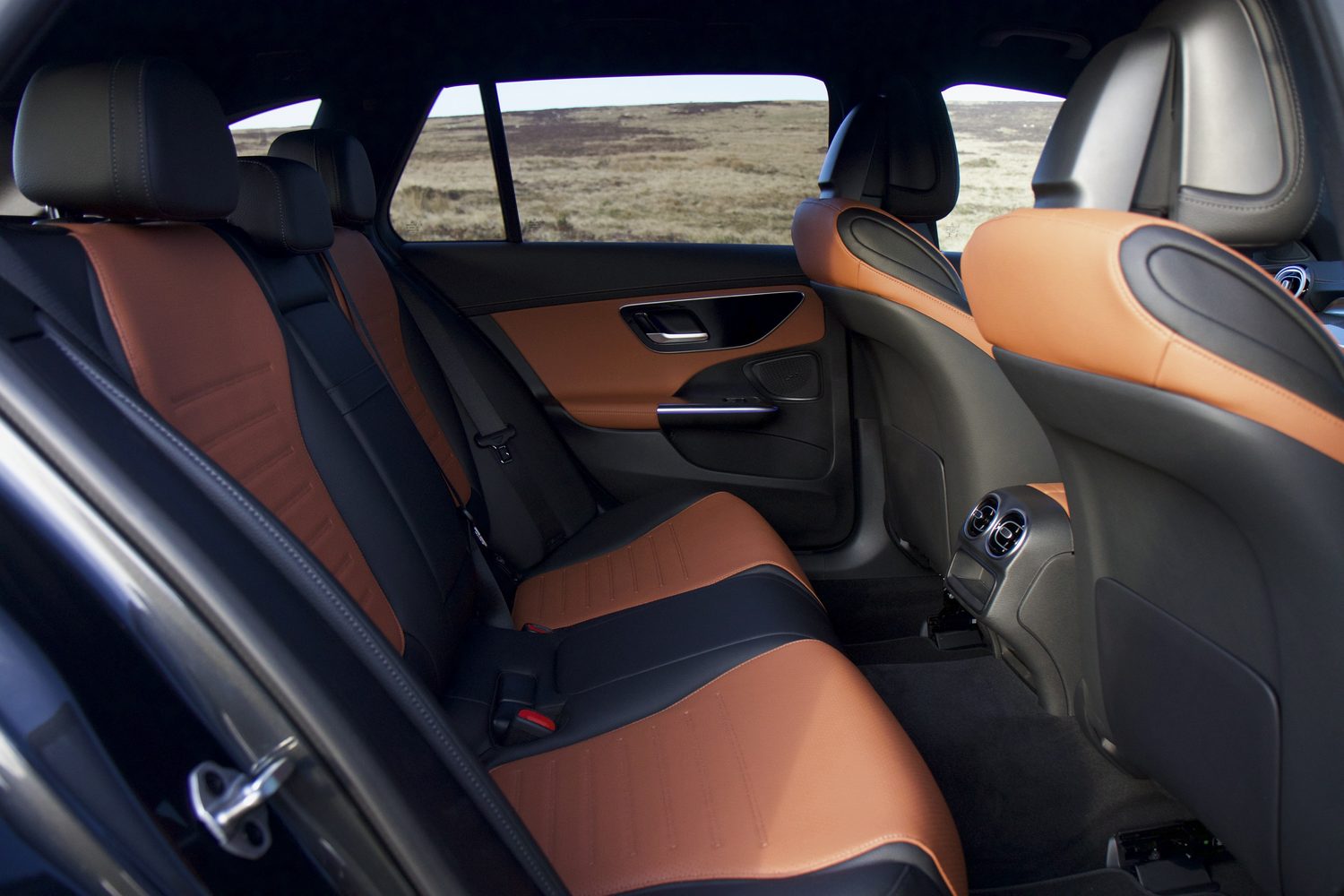 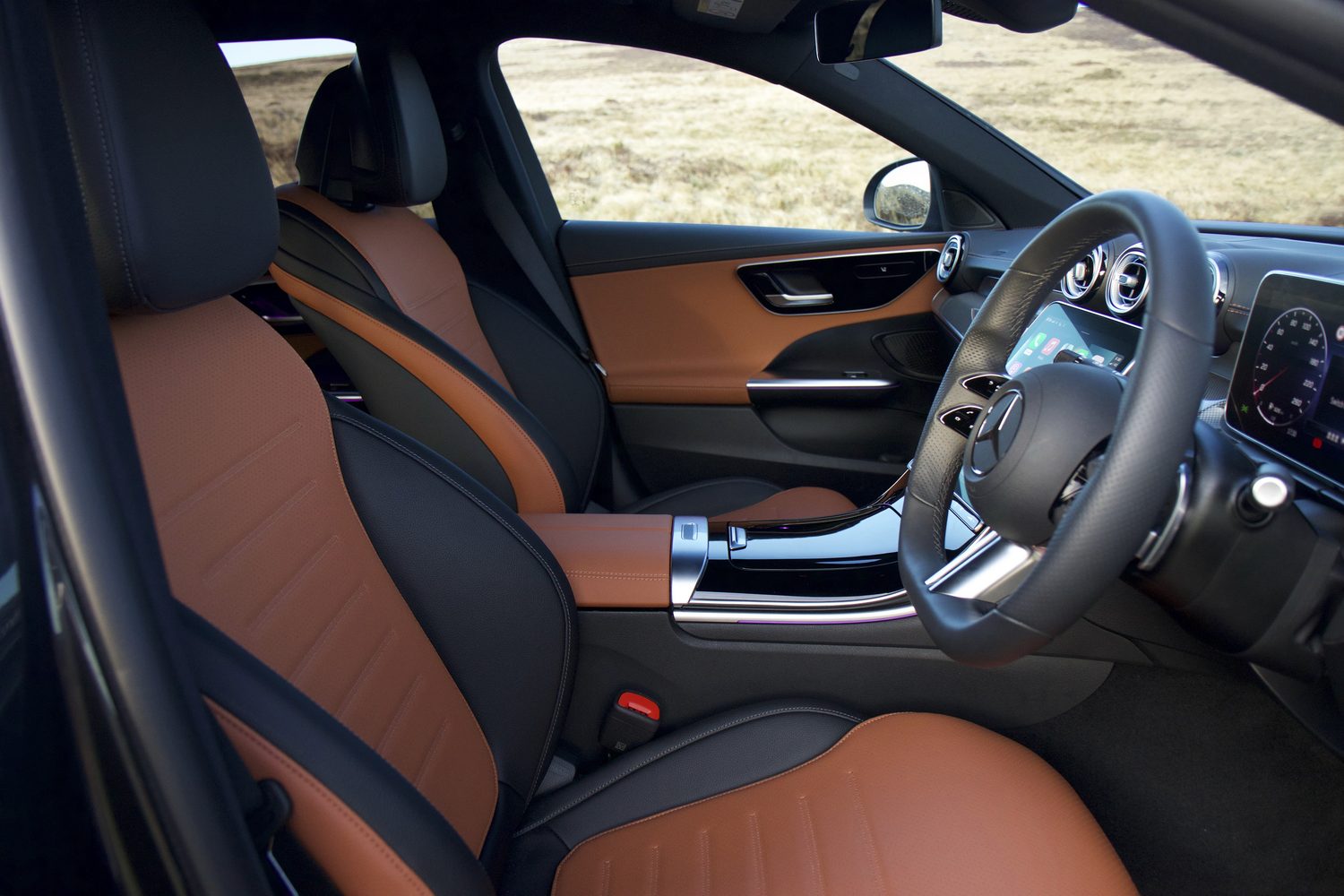 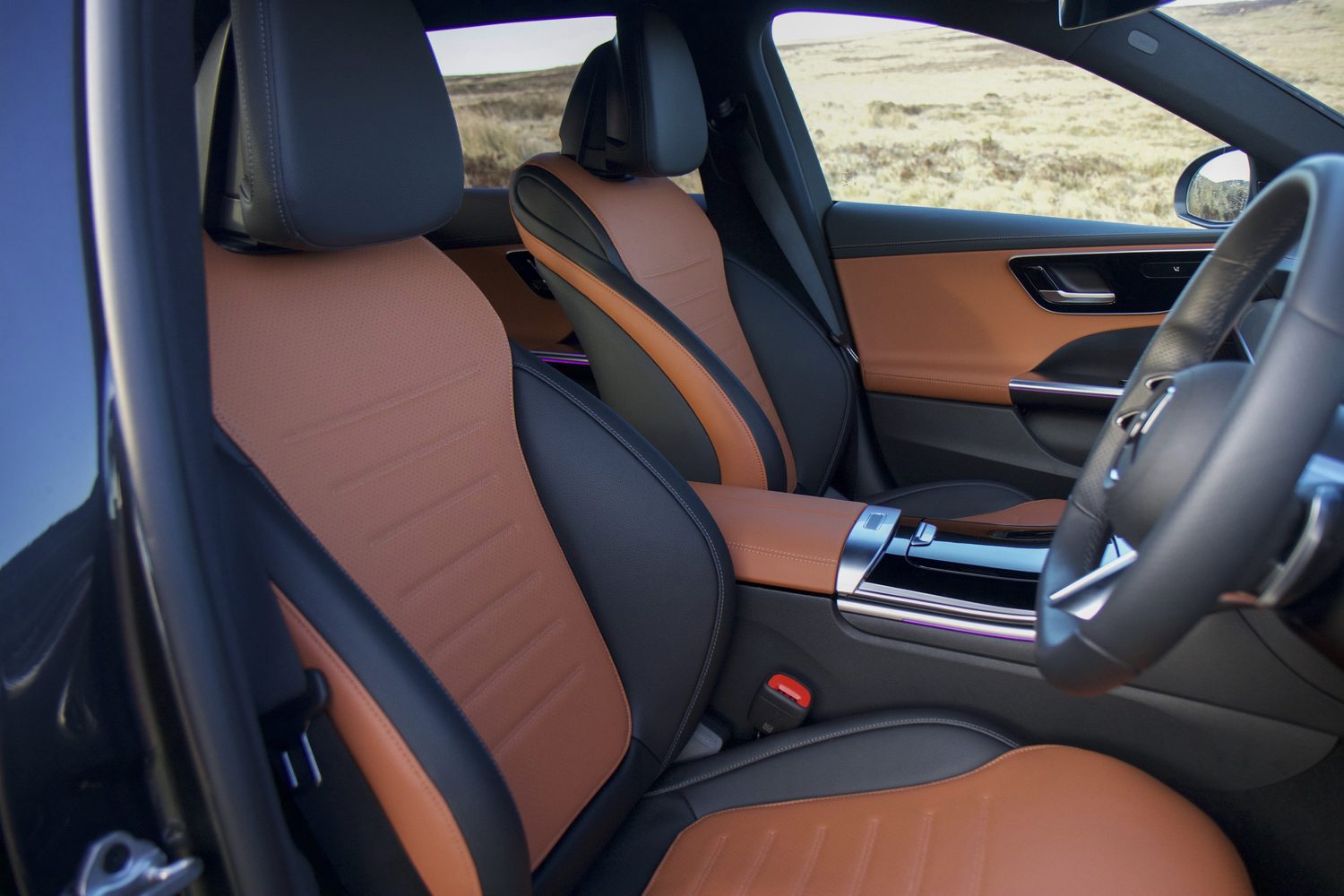 A minority interest car in Ireland? Yes, but it doesn't stop the C-Class Estate from being one of our favourites.

Apparently, Mercedes didn't want to make its original estate car, the TE version of the 1970s W123. The company feared that the workaday image of estates might tarnish the mighty Mercedes brand. Well, thankfully that fear was overcome, and down through the years Merc's E-Class and C-Class estates have been amongst the best practical cars you can buy.

Now here comes the latest C-Class Estate, based on the current W206 C-Class. As ever, it combines slinky style with capacious load space and a cabin of rare quality and comfort. Irish buyers tend to shun estates, for pretty much the same reason that Mercedes once almost did - too plebian, too much of a commercial traveller's car - but perhaps the looming threat of a new SUV tax will open a few more Irish eyes to cars such as this. On the basis of this C-Class, that would certainly be a good thing.

The first thing that you'll notice about the C-Class Estate is how darned expensive it is. Mercedes wants a minimum of €65,125 from you for a wagon-shaped C-Class, €7,000 more than the price of a basic C-Class saloon. That's considerably more than the €52,355 BMW asks for a basic 3 Series Touring, and the €51,320 cost of the cheapest Audi A4 Avant. You can, one supposes, justify the extra cost by pointing out that the C-Class is a brand-new design, whereas the BMW and Audi are both ageing a bit now, but still...

You can have the same C 220 d diesel engine in AMG-Line trim for €69,491, which is the model we're testing here. That comes with sports suspension, 18-inch alloys, AMG styling kit, larger front brakes, synthetic leather for the seats, AMG floor mats, aluminium pedals and carbon-fibre-effect trim for the dashboard.

Topping out the range is the 313hp C 300 e petrol plug-in hybrid, which comes only in AMG-Line Premium form (which includes augmented reality navigation, keyless entry and start, 360-degree parking camera and electric seat adjustment) for €72,310. Mercedes quotes a 100km electric range for this model.

Mercedes Ireland does not yet have a monthly PCP offer in place for the C-Class estate, but check out the Mercedes website for more up-to-date data.

Is this the best premium car interior right now? Yeah, we'd say so. The C-Class's cabin can look a little garish at first, what with that glossy carbon-fibre effect dashboard, the enormous iPad-like MBUX screen reclining on the centre console and the mood lighting around the air vents. You do adjust to the style quickly, though, and what really shines through is the exceptional level of quality - here is a C-Class that can stand shoulder-to-shoulder with classic Mercs from the eighties when it comes to cabin solidity.

That MBUX system, which runs the touchscreen, is broadly familiar from existing Mercedes models, with a few tweaks to make it work better on this portrait-oriented screen. The heating and air conditioning controls have migrated to the display - something we broadly disagree with, but they work well enough. Actually, the whole menu works well, and while having functions on a screen is never really a great idea from a driver distraction point of view, this is one of the better, less perplexing layouts. You can, via the MercedesMe phone app, set up your own ID and preferred settings, and when you press a fingertip to the little fingerprint scanner below the screen, all will be automatically uploaded to the car.

Well, they will when said scanner actually recognises your fingerprint, which it doesn't always. Equally hit-and-miss is the little touch-sensitive slider for the stereo volume control, which is really quite fiddly. Do we really have to remind car makers - especially one as ostensibly sensible as Mercedes - that having at least a few proper, physical buttons is still useful?

The steering wheel doesn't help in this regard. It's the latest Mercedes design that uses three split spokes, the upper two being covered with little touch-sensitive buttons for the stereo and cruise control. Again, these are quite fiddly, and a bit of a step backwards from Mercedes' previous setup, which used a mixture of physical buttons and touch-sensitive pads. Progress isn't always progress.

However, the cabin of the C-Class does get many more important things right. The driving position - which adjusts nice and low - is wonderfully comfortable, although if you have large feet, you may find that your left foot doesn't have quite enough room on the dummy pedal. The seats are irreproachably brilliant and space in the rear seats is good (albeit no more than good) too.

Space in the boot is also good-but-no-more-than-good. At 490 litres up to the luggage cover, it's five litres down on the BMW 3 Series Touring and the Audi A4 Avant. Or, if you want to get really serious about practicality, it's looking pretty pathetic next to the 660 -litres of the Skoda Superb. The Merc also lacks the opening rear glass of the 3 Series.

Still, the load area has no lip, so it's easy to slide heavy objects in and out, the electric tailgate works promptly and the carpet in the boot is luxurious. The load space is also square and unobstructed. Helpfully, the rear seats split-fold in 40:20:40 formation, and they do fold almost entirely flat. There's also a standard safety net that extends from the top of the luggage cover, and which is very handy if you're carrying pets in the back. There's useful storage space under the floor, too (in the absence of a spare wheel) and a helpful integrated hook that stops the floor falling back down while you're lifting items in and out.

Tech fiends are well cared-for - as well as wireless phone charging and equally wireless Apple CarPlay and Android Auto connections, there are plenty of USB-C sockets sprinkled around. In the centre console, there's a large storage area under a hinged lid, where you'll find the cupholders, a storage tray and the wireless phone charger, while there's more space (and USB sockets) under the 'butterfly' armrest in the front. The door pockets are also a decent size.

There are ISOFIX anchor points in the outer two rear seats, and a helpful rear-seat seatbelt indicator in the digital dashboard.

First things first - the C-Class Estate is not as much fun to drive as a BMW 3 Series Touring. That's not to say that it's not fun. Far from it. The Merc's inherently good balance, and its ability to stay composed even under severe provocation mark it out as exceptionally talented, but it lacks the BMW's glorious steering feel and aggressive appetite for corners.

That said, the C-Class's slightly more laid-back style of driving is arguably more suitable for the family-friendly task at hand. It's a very refined car (bar a touch of tyre roar on poor surfaces) and the relaxed gait that it settles into on longer journeys makes those journeys entirely painless. It's one of those cars where you can't pick out any one dynamic area where it's convincingly better than the opposition, but it's so satisfying overall that you just don't want to stop driving it.

The only flaw in the dynamic ointment is in the low-speed ride. Now, our car was an AMG-Line model, which comes with AMG-specific suspension, and all we can suggest is that you try a C-Class in Avantgarde trim first. Around town, the ride quality was very variable - sometimes smooth and easy-going, at other times a bit noisy. It also had an unnerving habit of scraping something under the lip of the front wheelarch when negotiating speed humps. It's only a meaningless plastic panel, but the constant 'graunch' noise is unbecoming of a €70k Mercedes. That effect was also inconsistent - sometimes you'd brace yourself for it, only for it to mysteriously fail to appear. Most odd.

Of course, you could also accuse this C-Class of being old-school simply for being a diesel. Diesel power is waning in the eyes of Irish buyers, but in fairness this one is a mild-hybrid and has spectacular fuel economy on its side. Over 1,000 test kilometres, we averaged a decent 5.6 litres per 100km, with much of that mileage on urban roads. The mild-hybrid system allows the car to both coast, engine-off, on the motorway for short bursts, and can cover a few metres at a time under electric power around town, and by the end of our week we'd covered more than 30km on the battery. Not bad for a car that's not a proper hybrid. Those longer journeys also proved that the C 220 d is a genuine 65mpg car if you're cruising steadily, which is a bit of a relief with diesel hitting €2 per litre... If you're feeling a prickle to your environmental conscience, of course, then the plug-in hybrid C 300 e is right across the showroom floor.

Our verdict on the Mercedes C-Class Estate

There were some flaws here that we just weren't expecting: fiddly controls and that inconsistent ride quality chief amongst them. There's also no getting away from the fact that this really is quite an expensive car, even if its high-tech count and impressive safety levels do compensate somewhat. In spite of these reservations, though, the new Mercedes C-Class Estate firmly settles in as one of our favourite cars of the year so far. Just as a good premium estate ought, it mixes high-end comfort and refinement with family-friendly practicality, and reminds us (not for the first time) that estates really are a superior breed of car. It also has one of the best automotive cabins around at the moment.

There is quite a lot to like about the C-Class Estate from an aesthetic standpoint. It isn't in-your-face and the interior is very nice, especially with the blend of materials, technology and layout. When it comes to driving, the Mercedes is superb over long distances. Some shortcomings begin appearing in urban settings where I found it was far too frequently dragging its underbody addenda over even small speed humps. However, as lovely as the Mercedes is at driving the price jump with this model - the best part of €14,500 over a similar spec previous generation - is a difficult pill to swallow. 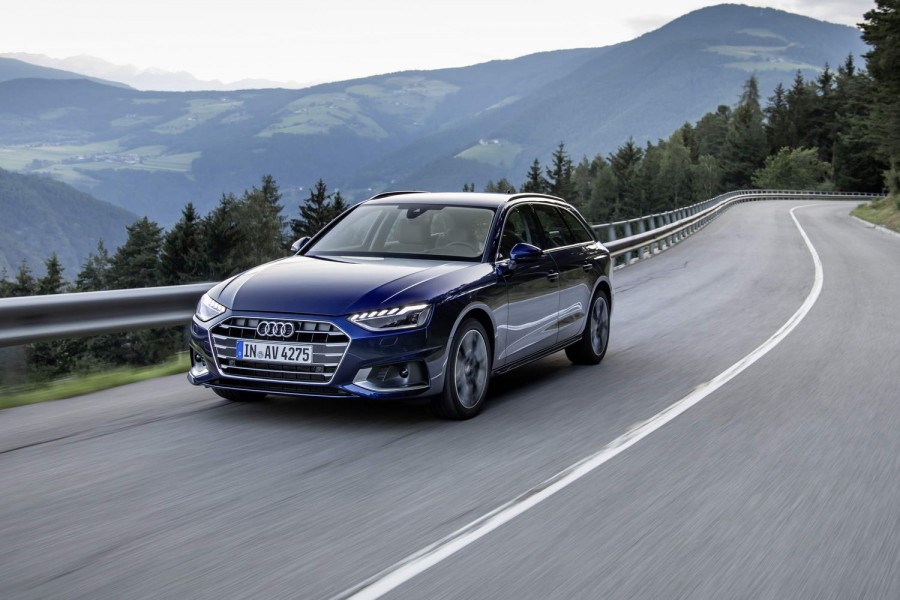 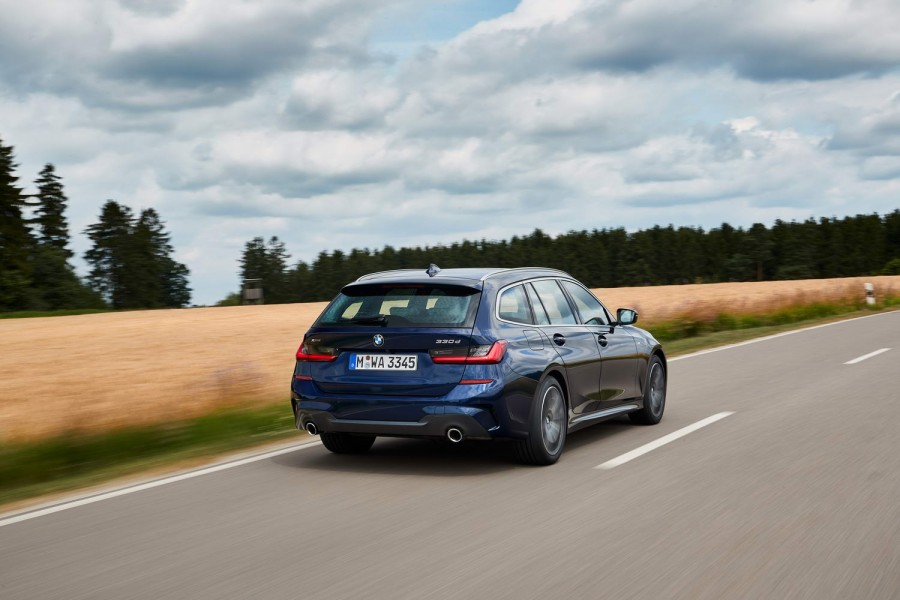 BMW 330d xDrive Touring review
BMW 3 Series Touring vs. Mercedes-Benz C 220 d Estate (2022): ageing it might be, but in petrol, diesel, and plug-in hybrid forms, the 3 Touring still makes a mighty compelling case for itself. 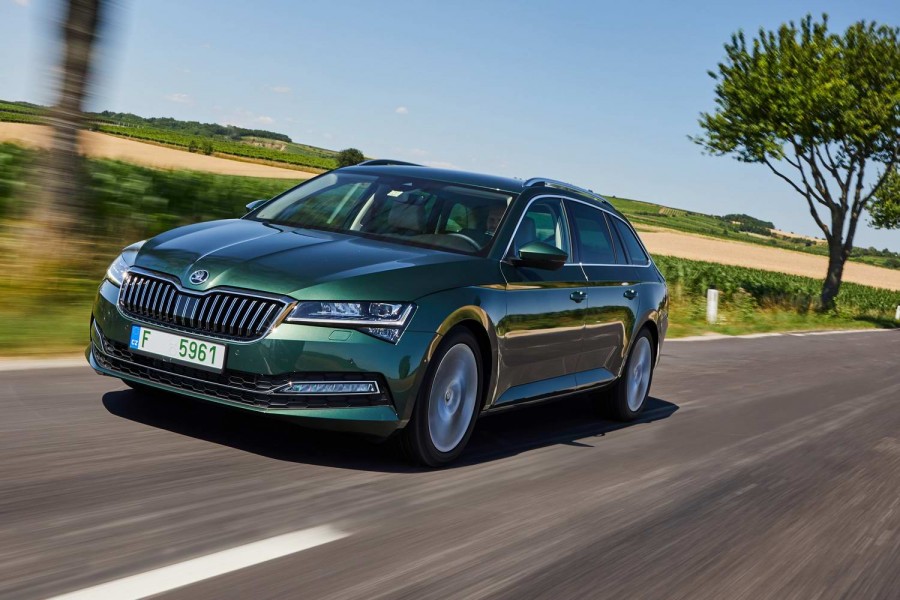 Skoda Superb 2.0 TDI Evo Combi (2020) review
Skoda Superb Combi vs. Mercedes-Benz C 220 d Estate (2022): think a humble Skoda can't match up to a mighty Merc? Think again - the Superb has acres of space, is of high quality and is relaxing to drive.