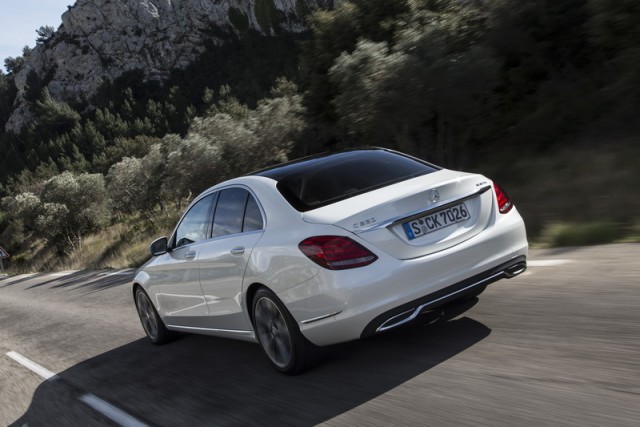 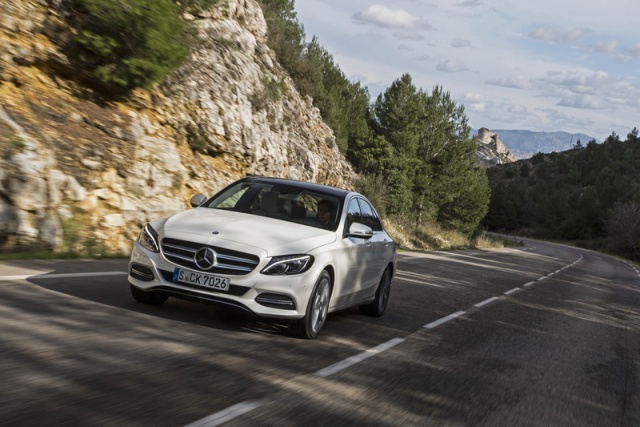 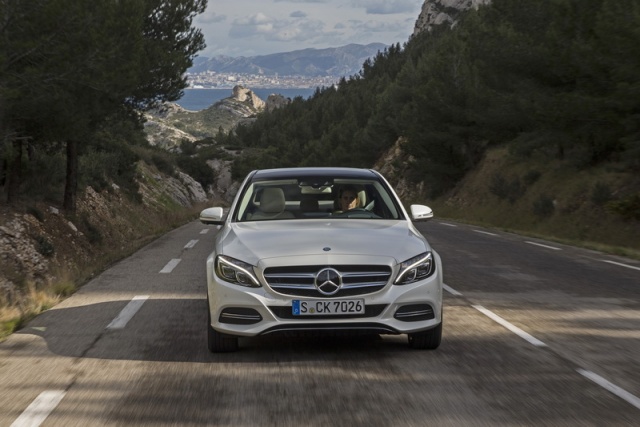 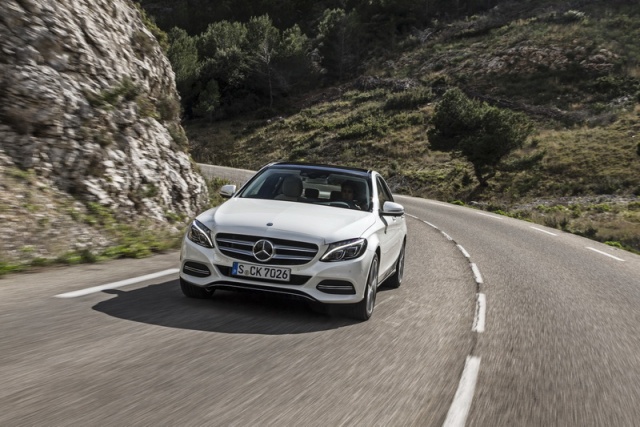 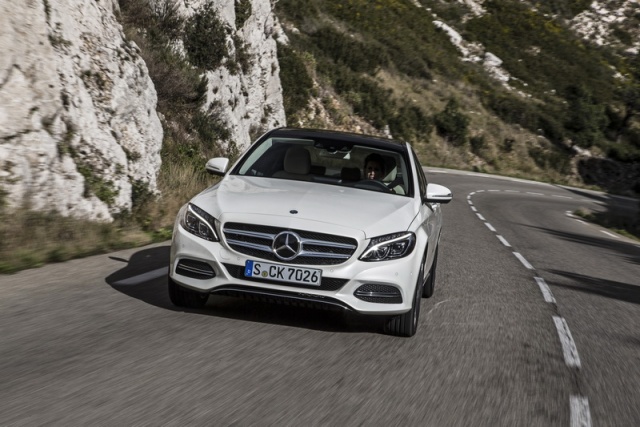 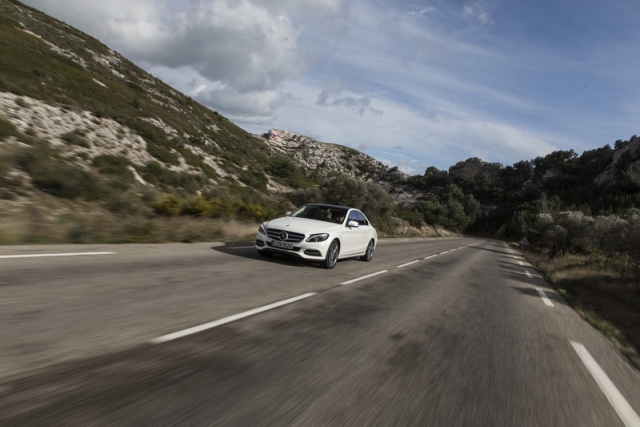 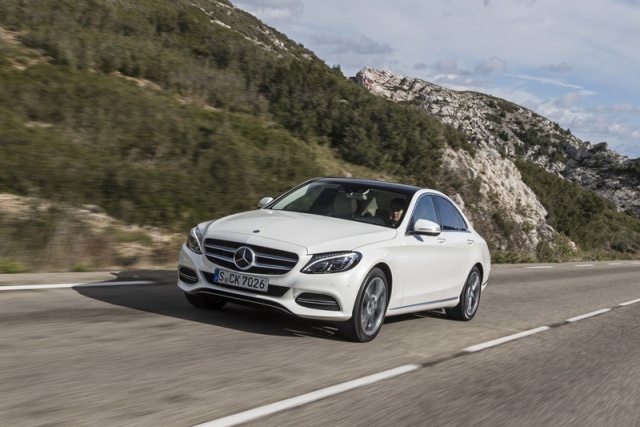 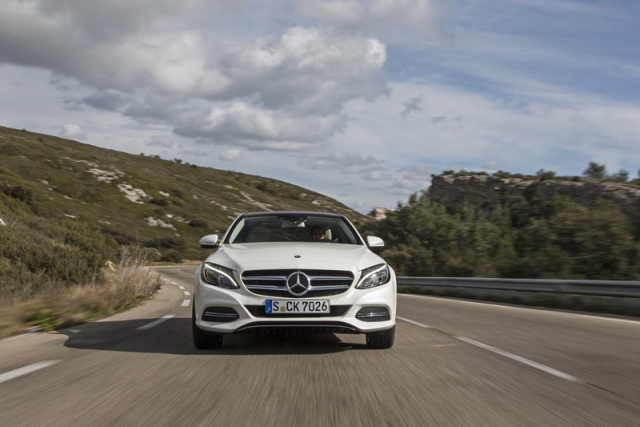 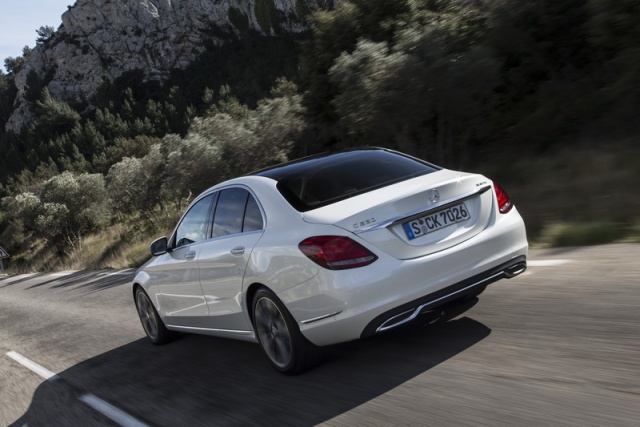 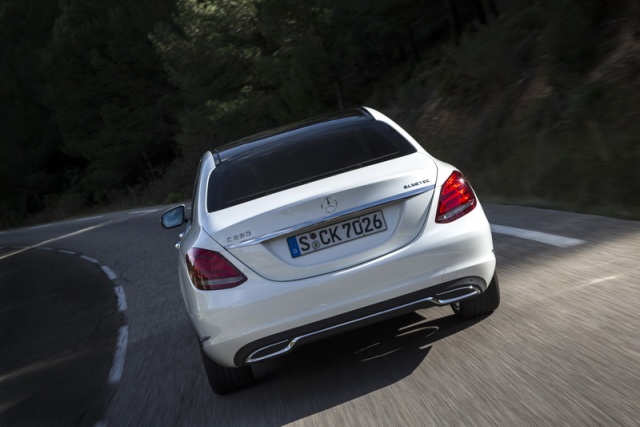 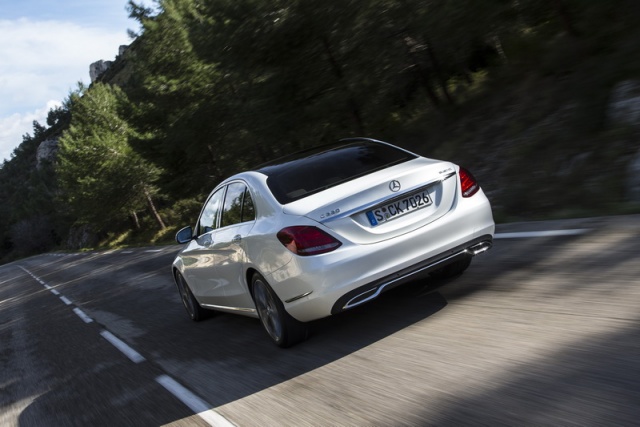 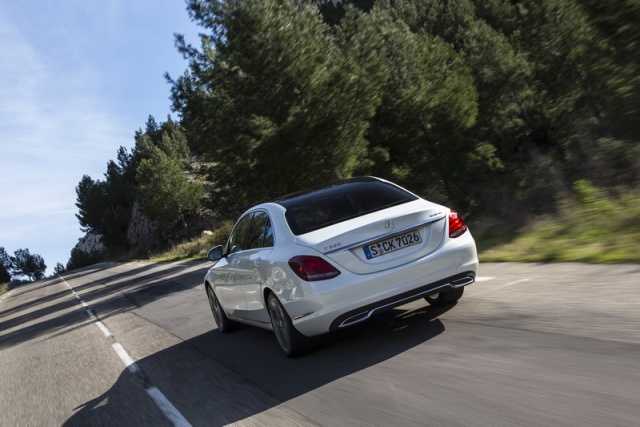 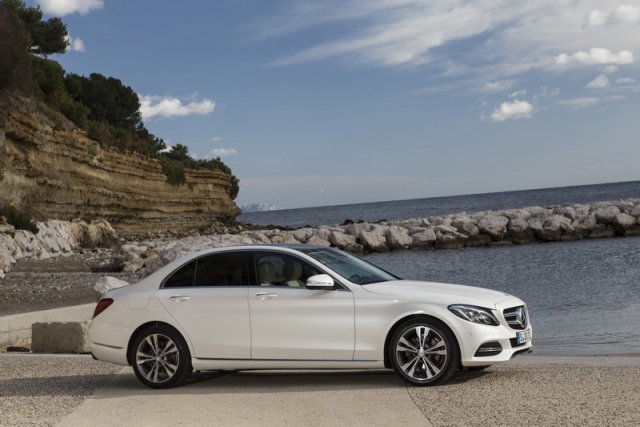 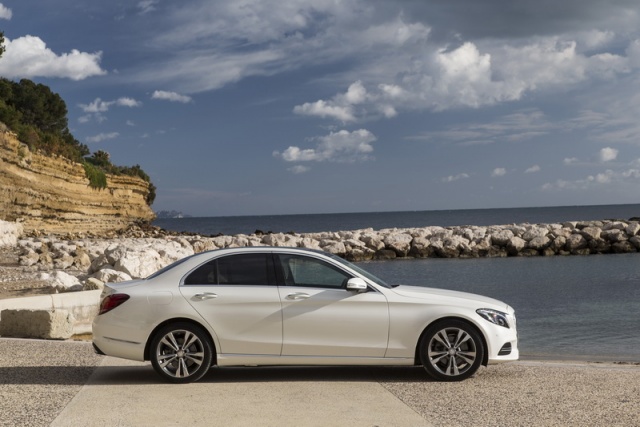 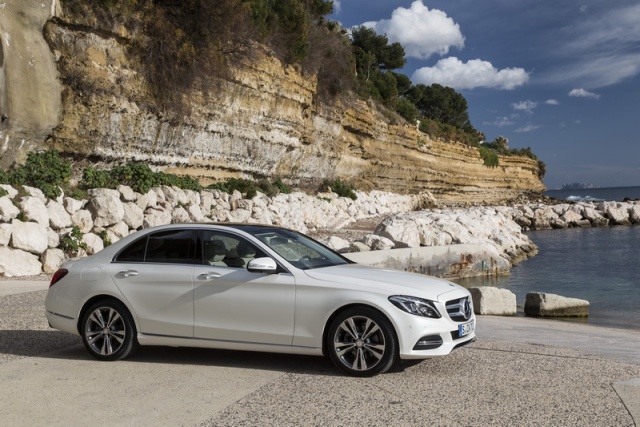 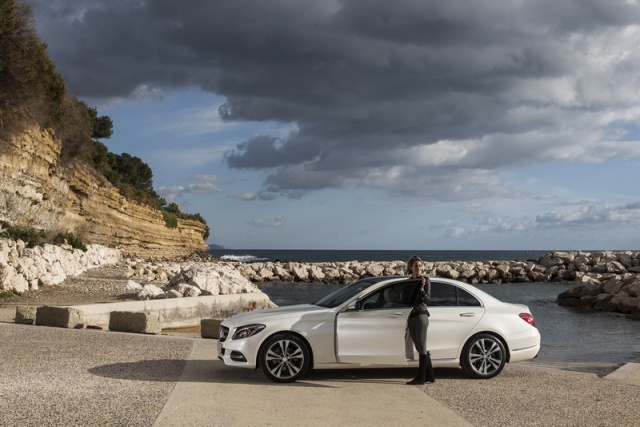 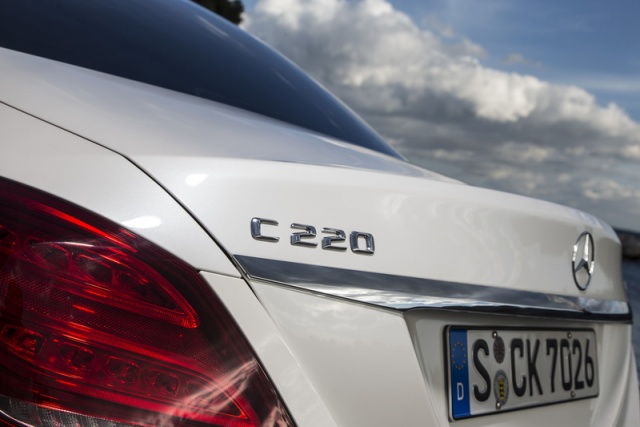 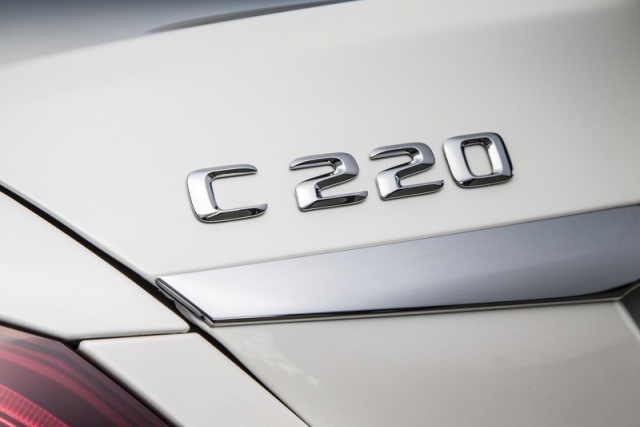 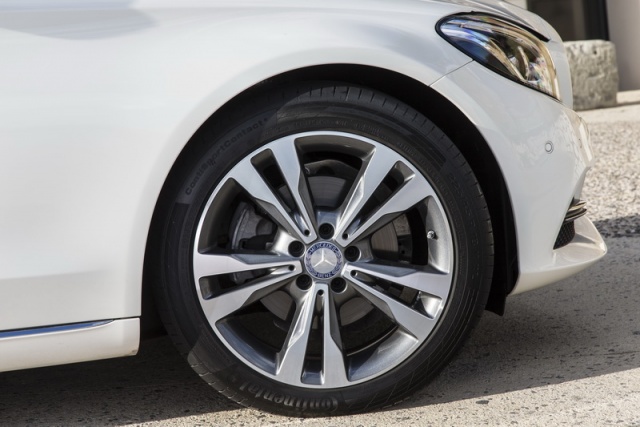 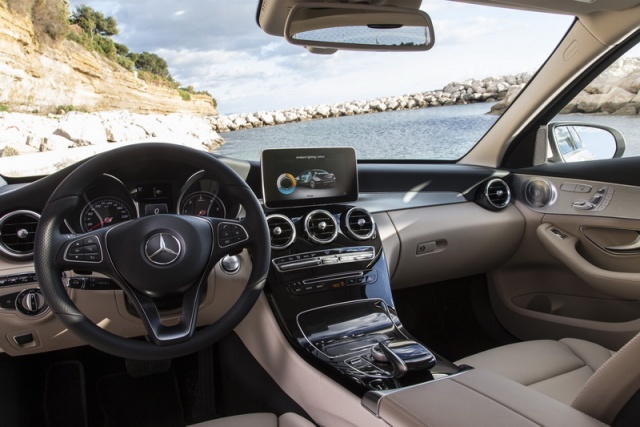 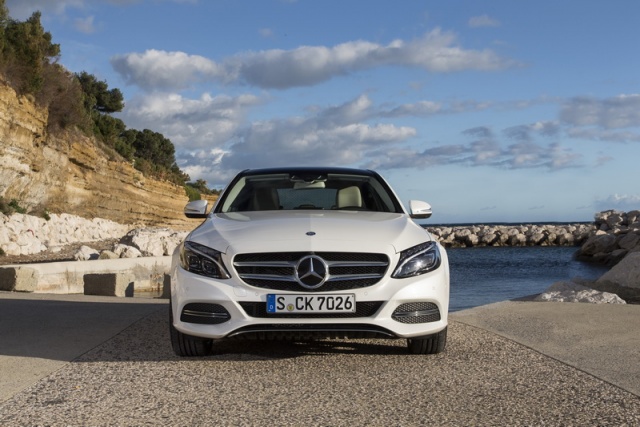 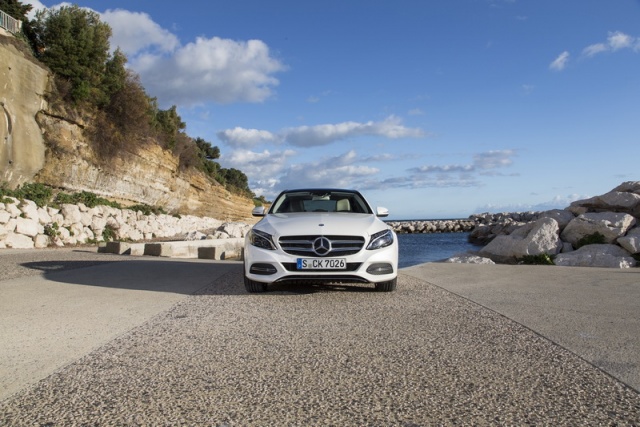 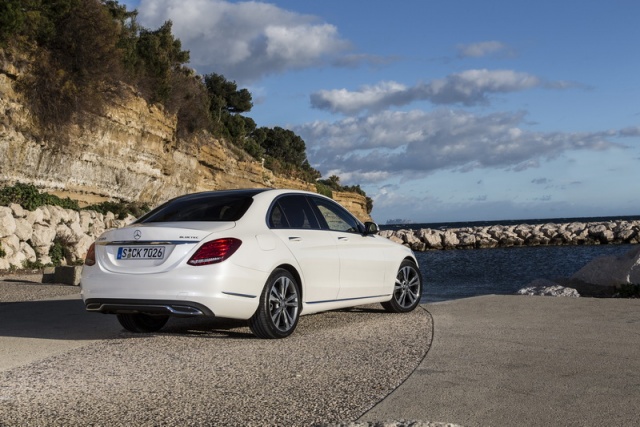 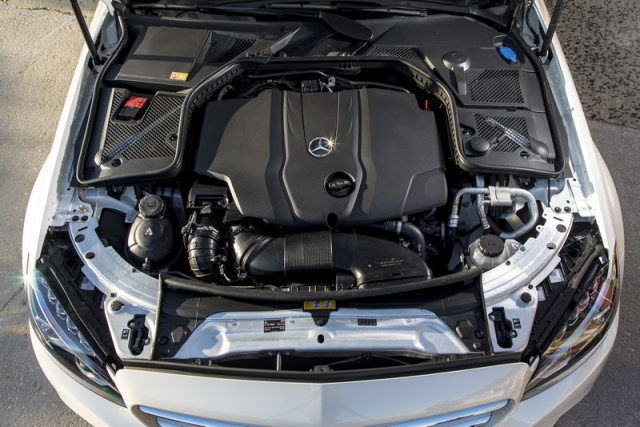 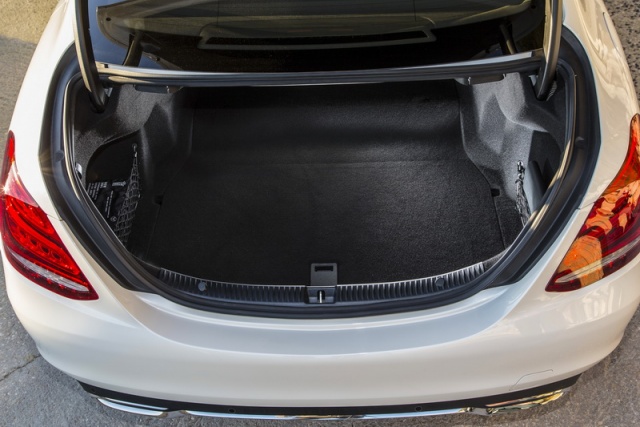 The all-new Mercedes-Benz C-Class impresses with its blend of luxury and refinement.

Leaner, meaner and laden with technology, the new Mercedes-Benz C-Class is going to give those in the market for a compact executive car a lot to think about. In every way you might imagine it is better than the car it replaces.

Without meaning to get drawn into nationalistic stereotypes there is a touch of the mullet about the looks of the all-new C-Class. With a clearly S-Class inspired front-end and hints of the CLA grafted on at the back, it is certainly a case of business up front and party out back. It is an imposing car, befitting of one that wears the tri-pointed star, and while some commented on the stubby boot lid not sitting well with the overall look, to us it is a cohesive design that brings a touch of sportiness to the model, bridging the gap between the 'new generation' Mercedes (A-Class, CLA and GLA) and traditional models like the E- and S-Class.

Not only does the C-Class bridge that gap but it is also the single best-selling model for the Stuttgart firm with 8.5 million cars sold since the iconic 190-series in 1982, so there was pressure on the designers to get things right from the off. It's a touch bigger than before, both inside and out, yet thanks to extensive use of aluminium in the body the new car is 100kg lighter than the one it replaces.

The interior of our high-spec test cars were swathed in leather and featured every optional extra but that is not the way cars will arrive into Ireland. Thankfully, stripping away some of the niceties reveals a cabin that pushes the C-Class ahead of the BMW 3 Series and Audi A4 in the ambiance stakes. Electrically adjustable seats and steering wheel allow for a comfortable seating position while the Comand system located on the central tunnel brings all controls close to hand.

Through the usual rotary dial and seven-inch colour screen drivers can control satellite navigation, multimedia and individual car settings and, if you opt for the Coman Online system (which brings with it an 8.4-inch screen) a suite of apps for the likes of Tune-In Radio and Google weather are available. In addition to the rotary dial the new C-Class also has a touchpad located in the shroud that responds to touch gestures and provides haptic feedback. Why Mercedes-Benz felt the need to fit both the rotary dial and touchpad remains unclear but both are intuitive to use and the choice between the two will likely come down to driver preference.

Comparisons to the BMW 3 Series are inevitable so let's deal with them early - the C-Class is not as dynamic or engaging as its Bavarian rival, but the gap has narrowed. It does actually possess a more soothing, cosseting ride than either of its main rivals and while the C 220 diesel tested here was on optional AirMatic air suspension we did have the opportunity to test a standard variant and it was just as impressive.

The steering, while electrically assisted, does provide a good level of feedback through the fingers allowing you to make the most of the chassis underneath. There is a precision and fluidity to the way the new car drives that was missing before and while the BMW is ultimately more entertaining buyers of the new car will not feel short-changed.

When the car arrives in May or June (it has not been confirmed which) the C 220 BlueTec is expected to be the top seller. Its 2.1-litre four-cylinder turbodiesel engine is essentially the same unit as used in the CLA, just flipped through 90 degrees to work on a rear-wheel drive application. With 170hp and 400Nm on tap it is brisk - or at least it is when you take control of gearchanges for yourself. Leave the seven-speed 7G Tronic transmission to do its own thing and there is a hesitancy to shift down when you might expect, meaning you press the throttle into the kick-down area at the bottom. The result is the engine revs higher than you would like, and it's not a particularly pleasant noise.

This is especially evident in Eco and Comfort modes (included in the Dynamic Pack), as the transmission holds on to gears in the name of efficiency, but flick the new 'Agility' controller over to Sport or Sport+ modes and it does get somewhat better. The downside is a change in the damping levels (when fitted with Airmatic damping anyway) that robs the car of some of its smoothness. Best to select the Individual setting and play around with the parameters for engine and gearbox, steering, throttle and dampers until you find the one that best suits. Or stick to the standard suspension.

Final Irish prices and specification are yet to be set but we estimate between a three and five per cent increase over the prices of the outgoing model. This would mean the C 220 BlueTec in standard specification will come in at around €42,500 and will be equipped with 16-inch alloy wheels, a reversing camera and a cloth interior with piano black trim for the dashboard. All examples of the C-Class also include Collision Prevention Assist, which will apply the brakes for you should it detect an impending collision.

Mercedes-Benz Ireland expects up to 70 per cent of buyers to opt for the automatic gearbox option, stumping up roughly €2,800 for the privilege, and it is expected that, while traditional C-Class buyers will go for the Exclusive model (which replaces Elegance in the line-up) conquest buyers may go for the mid-spec AvantGarde or range topping AMG Sport versions.

An entry level C 180 BlueTec diesel will also arrive in time along with a plug-in hybrid and inevitable AMG model.

In every way conceivable the Mercedes-Benz C-Class has improved. While lagging a little behind the BMW 3 Series in the dynamic stakes it shows it and the Audi A4 a clean pair of heels on style, both inside and out. While the new compact Mercedes models and gadget laden S-Class are garnering a lot of attention it is the C-Class that is of vital importance to Mercedes-Benz, so just as well it comes up trumps.