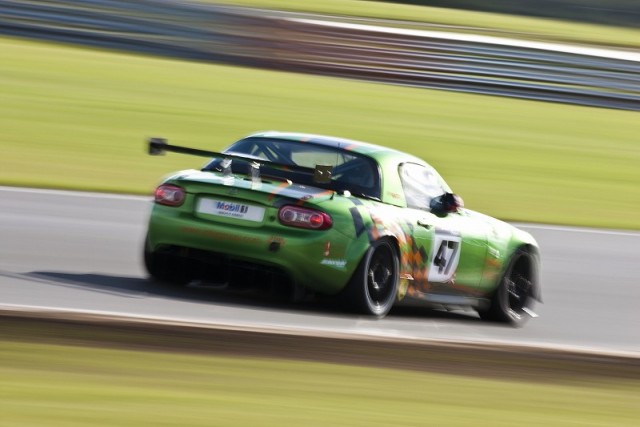 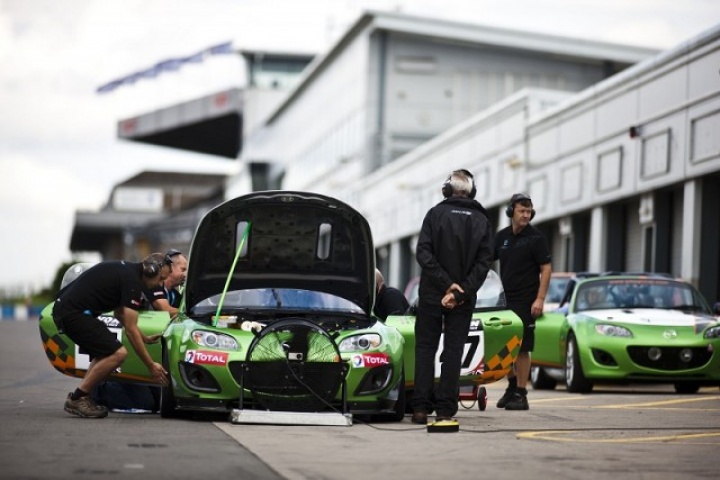 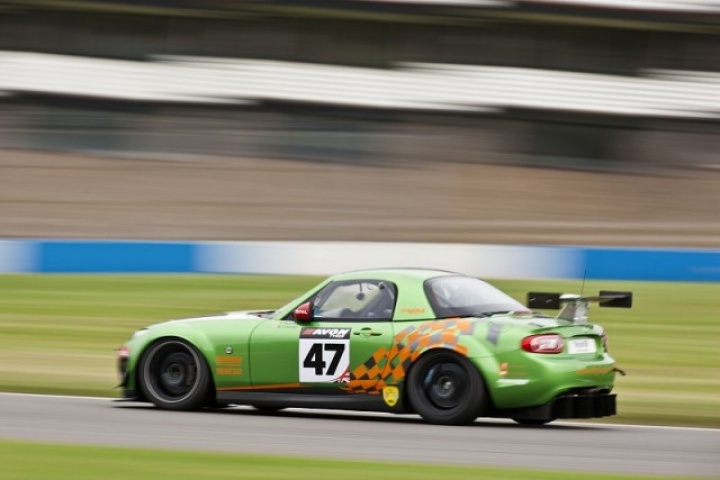 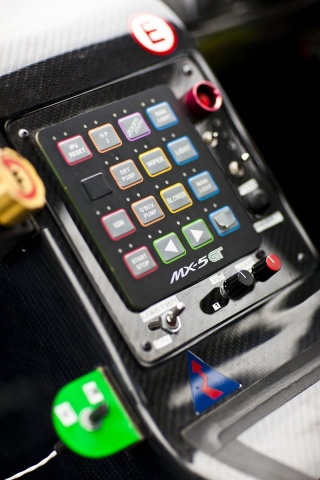 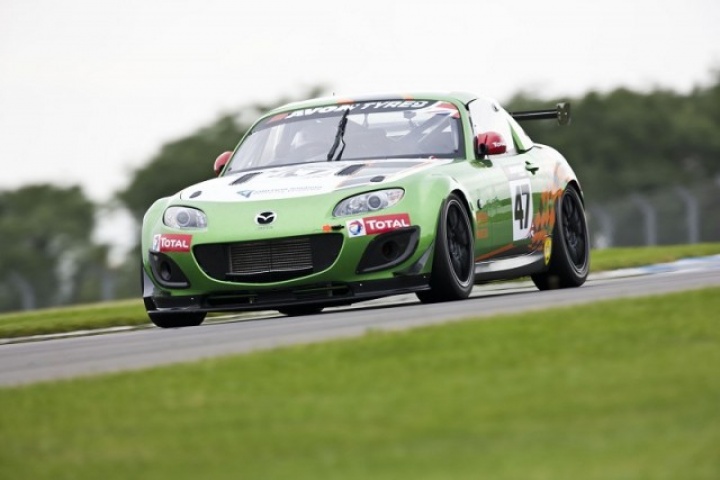 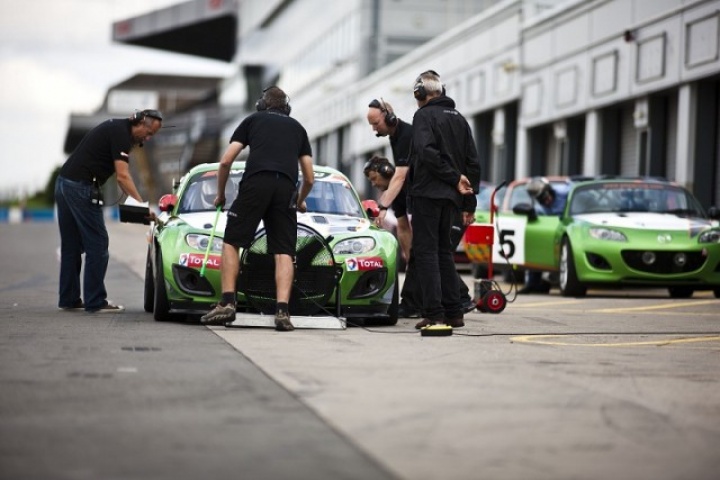 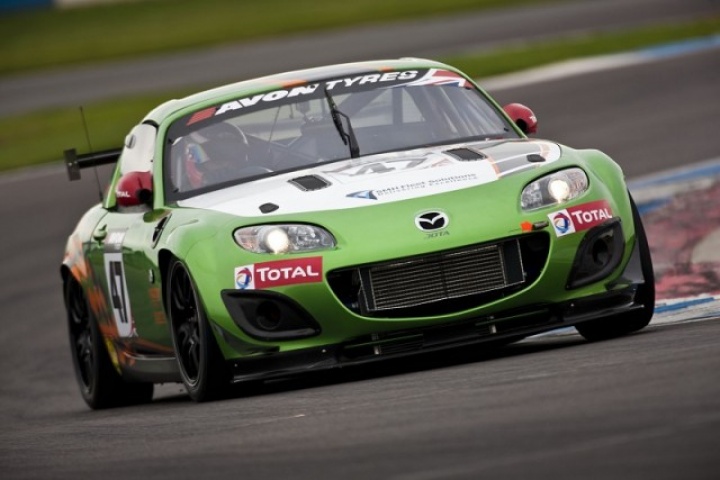 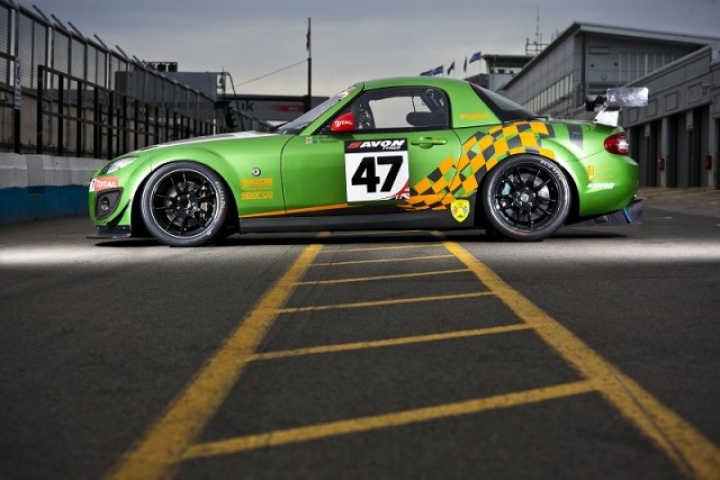 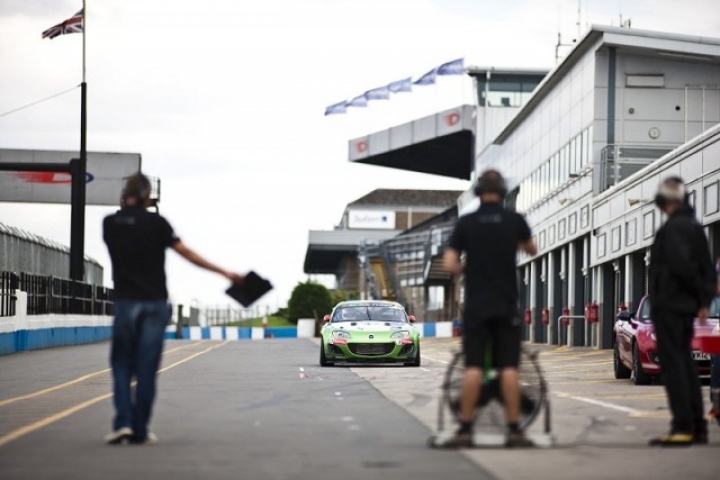 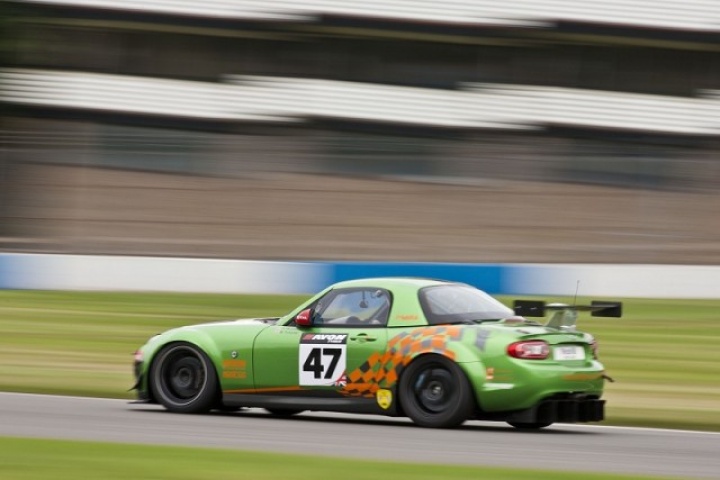 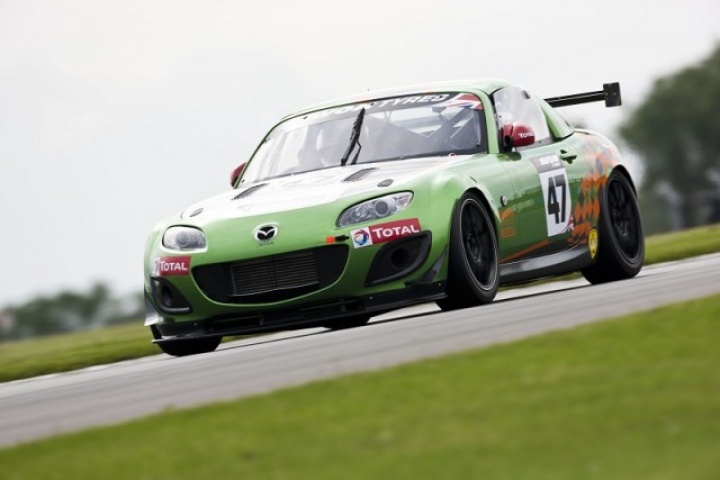 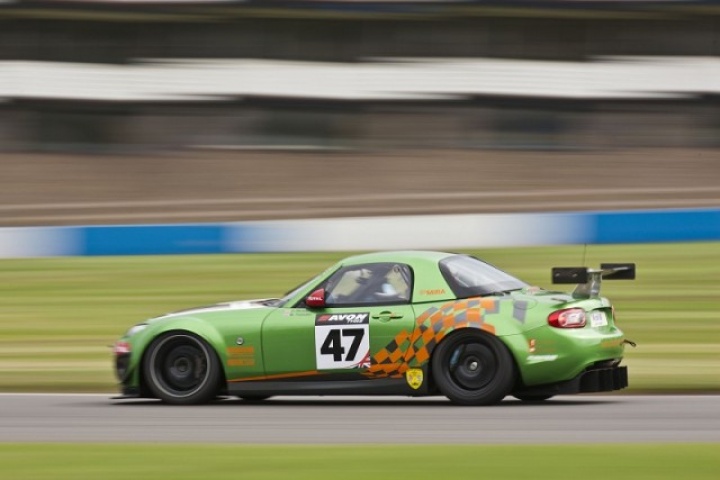 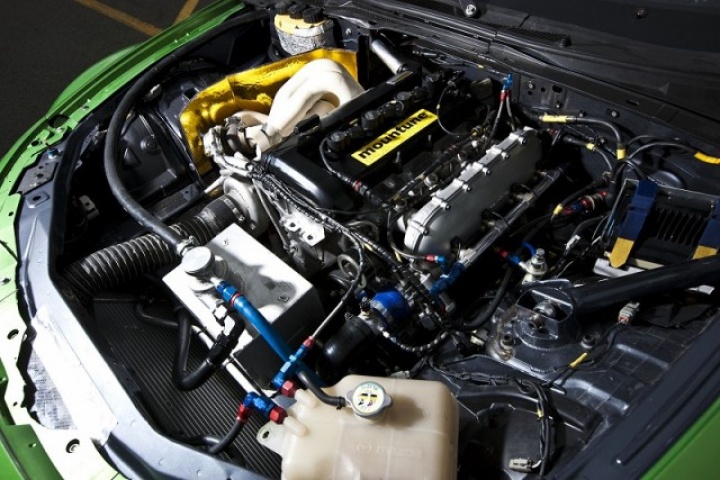 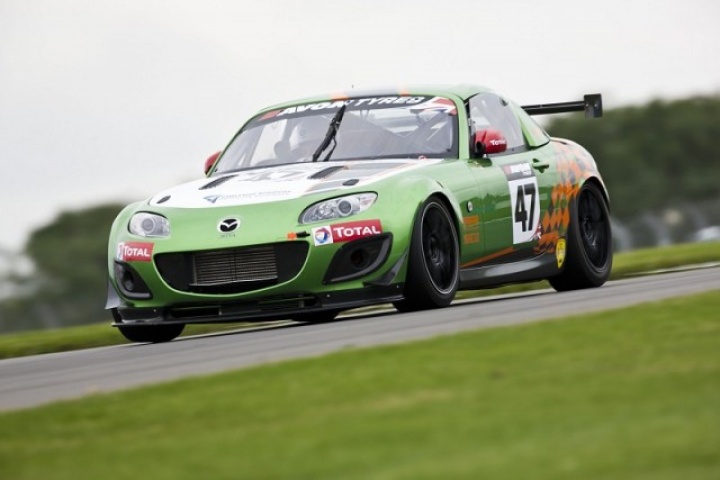 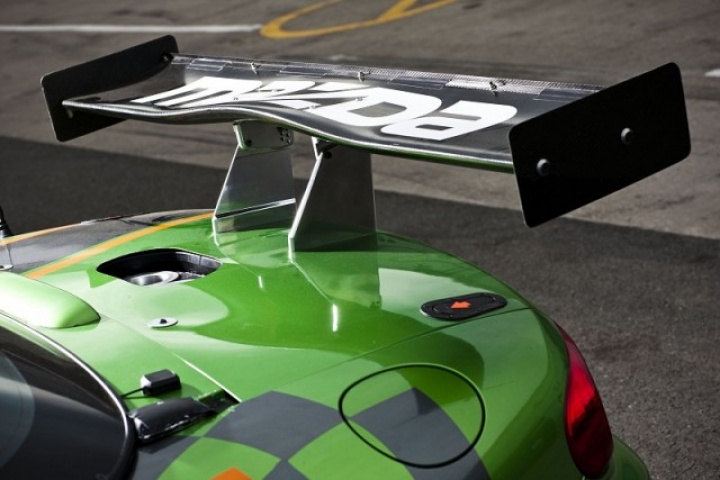 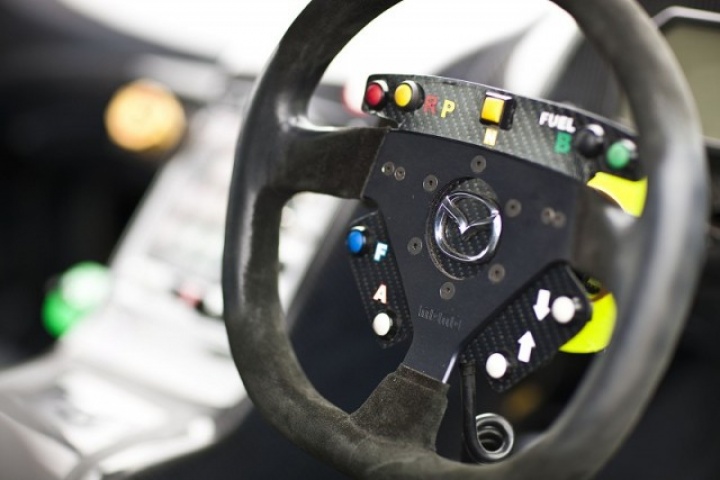 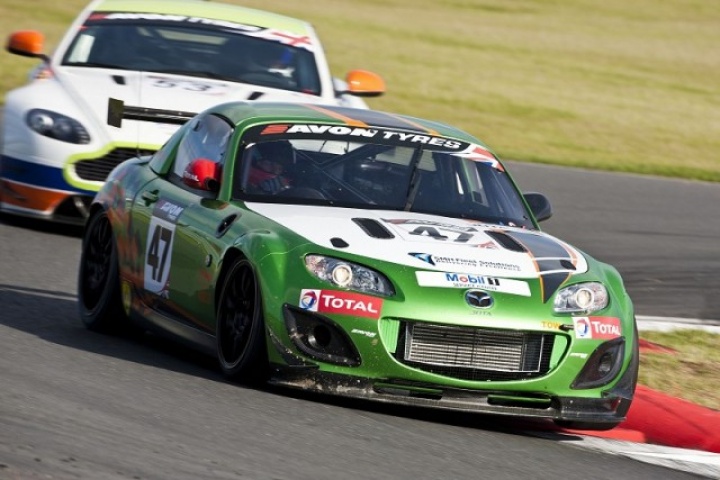 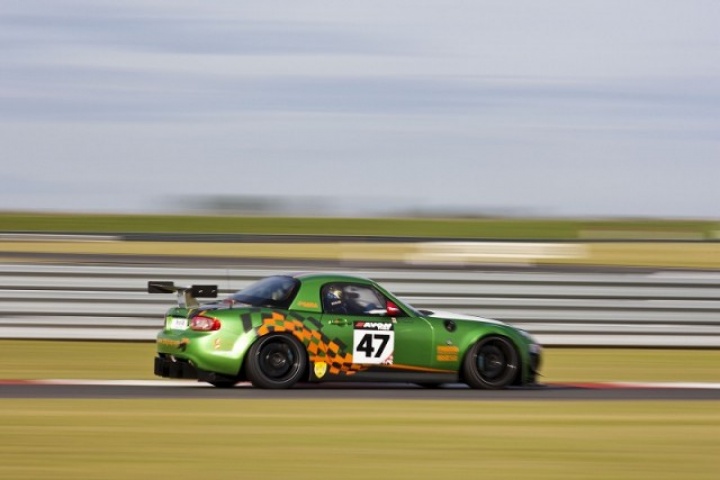 We drive the ultimate Mazda MX-5 - bar none.

Now if you've seen the price tag and you're thinking that's an awful lot of money for a Mazda MX-5 then you have yet to appreciate what this car is. It's an homologated GT4 racer built from the ground up by Jota Sport - and it's nothing short of brilliant.

Last year we drove the predecessor to the MX-5 GT4, and we thought it looked pretty good, but the new version adds a whole level of seriousness thanks to an aero package that includes a huge rear wing, ground-hugging splitter and a chunky rear diffuser - all made from carbon fibre of course. The doors are also made from the black stuff and now the racer runs with a roof, while the glass has all been replaced by polycarbonate. Dark 17-inch alloys hide huge AP Racing discs front and rear.

While the exterior still shares a lot with the road-going MX-5s, the interior could be from any GT4 racer. You climb in through the roll cage opening to the fixed racing seat, attach the removable Momo steering wheel and then tighten up a six-point racing harness. The bespoke dashboard and centre console are made from carbon fibre and the regular instrumentation replaced by a Pi Omega D2 display and data logger. Behind the small steering wheel sit carbon fibre paddle shift levers for the sequential gearbox.

Jota Sport's team of personnel scurry around the car as I sit still and try not to touch anything. I hear someone shout "contact!" and the engine bursts into life. Foot on the clutch, left hand pressing the 'neutral' button, I pull back once on the right-hand gear lever and the car shudders as first gear is engage. I'm waved out of the 'box' and manage to avoid stalling as I make my way to the end of the pit lane. It's a green light to enter the circuit and bang, in goes second gear. A squirt on the throttle and we're already at the first corner, a long right hander, and just as quick out the other side accelerating hard toward Craner Curves.

Immediately it's obvious that this MX-5 is like no other. The lack of body movement, high grip levels and strong brakes were all expected, but the speed with which things happen is a shock to the system on the first lap. There's huge grunt available everywhere in the rev range. It feels like it has 400hp, not 320, thanks no doubt to the torque-laden delivery offered up by a turbocharger - and the fact that the GT4 racer weighs just 1,000kg.

Thankfully we've spent all day on track in 'lesser' MX-5s so at least I know which way it goes, but the first lap is needed to recalibrate, as the GT4 car is significantly quicker in every area. That means arriving at braking zones at much higher speeds, which require a firm right foot on the hard brake pedal. Nonetheless, this is a forgiving car, even a little beyond its limits, and the next few laps go by all too quickly in a blur of rapid-fire gearchanges and high speed. Eventually it feels like I'm getting to grips with its ability and managing to hold the racing line, but even so it's clear that there's a lot to learn about driving a car like this. For a non-racer it's an amazing driving experience, for professional racing drivers it no doubt helps enormously with fatigue and concentration to have a car that's forgiving and not too taxing to drive quickly.

Don't bother comparing the price of the GT4 racer with any other MX-5. Instead, try contacting Aston Martin, Ginetta or Lotus to see how much they'll charge you for a competitive car in this class. It's a steal. Included in the price is the ready to race car that also features adjustable dampers and traction control, a limited slip differential and FIA-homologated fire extinguisher. Extras include an Intelligent Power Unit with a soft-touch control panel, lithium power pack, an endurance exhaust and more adjustment for the dampers.

Jota Sport is not finished with the car, though it scored its first podium in June in the British GT Championship and took second place at Snetterton. If budgets allow, the next step is to make modifications that facilitate using wider tyres. We're told that the GT4 can be a little unstable under extreme braking, which requires a stiffening of the chassis to fix. However, that would result in less mechanical grip. The solution should be wider tyres with more grip. Hopefully the modifications will be in place in time for the 2013 season.

Mazda's and Jota's efforts with the racing MX-5 are being rewarded with decent results and widespread media coverage. The relationship is also likely to lead to special road-ready versions of the roadster (see our drive in the GT 'concept' for example). Now privateers can get their hands on the GT4 version and it promises to be a success. We wonder if any well-heeled enthusiasts will consider buying one to use as a track toy...