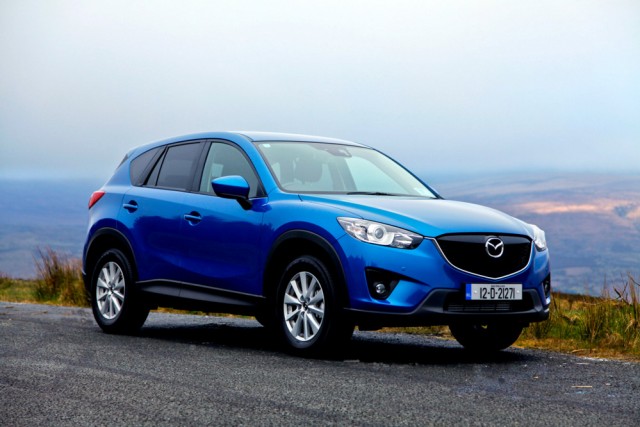 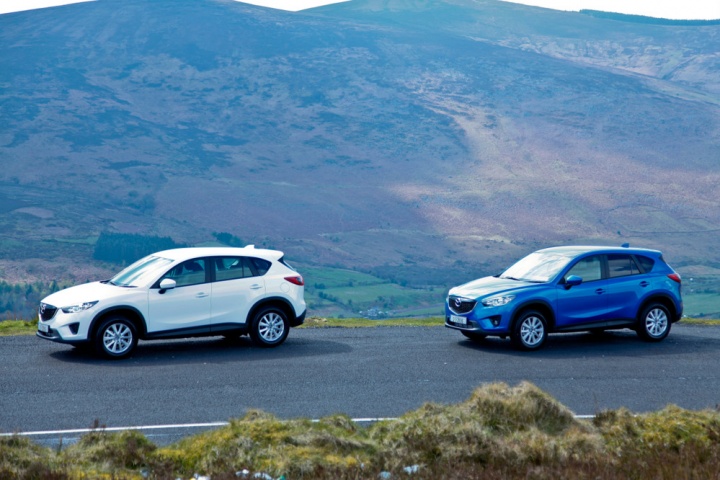 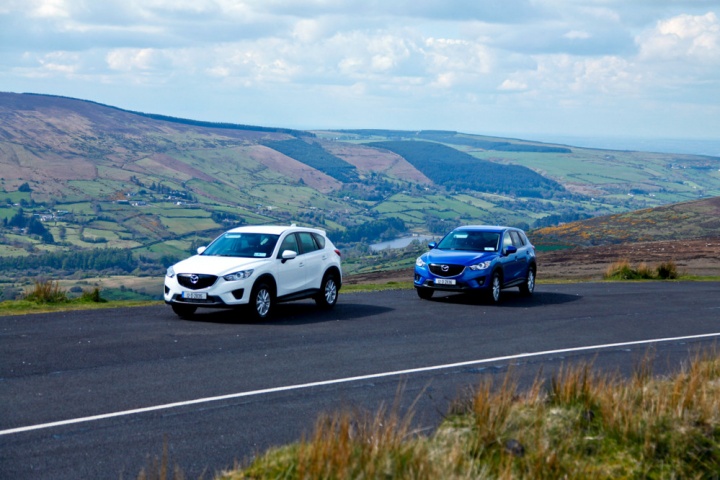 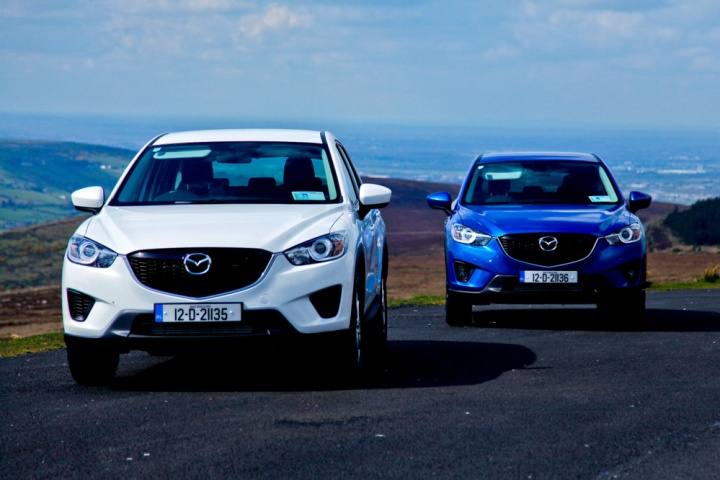 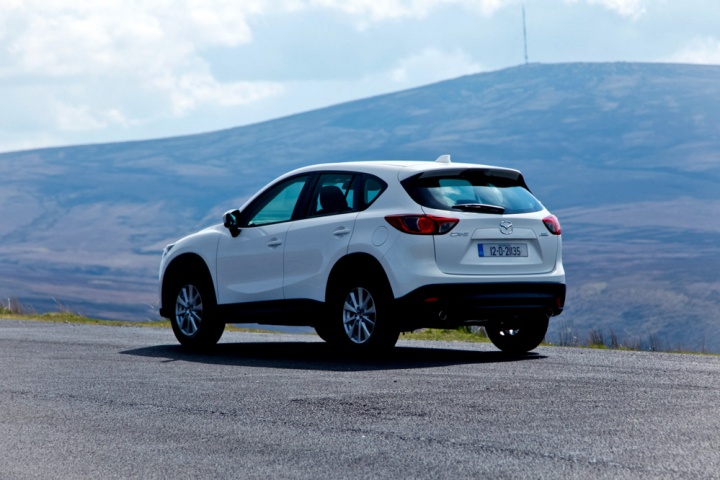 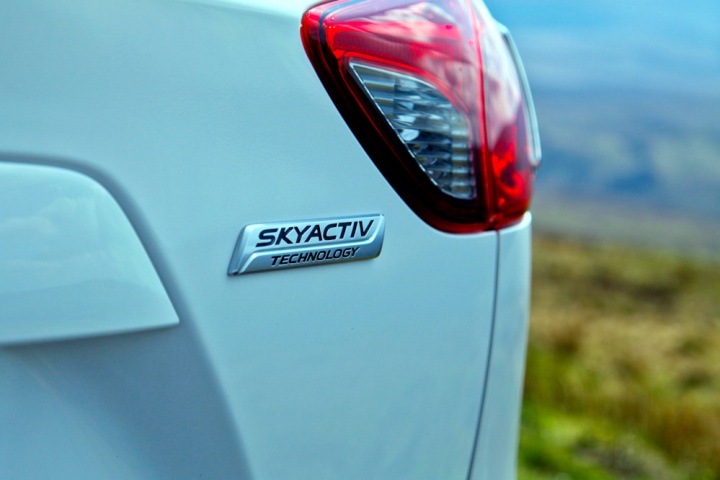 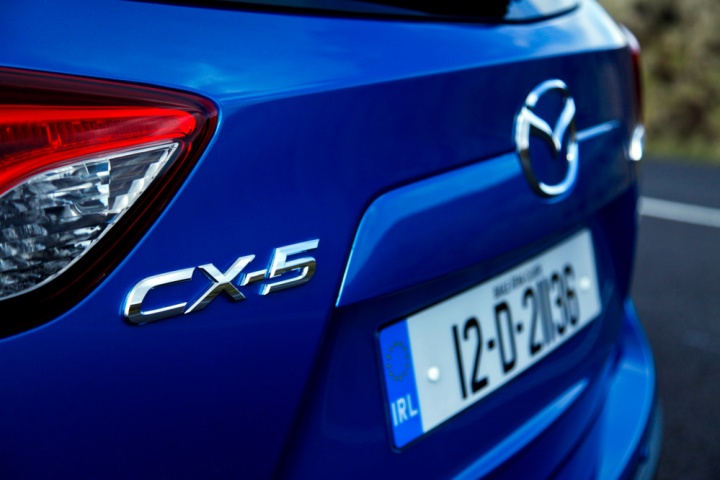 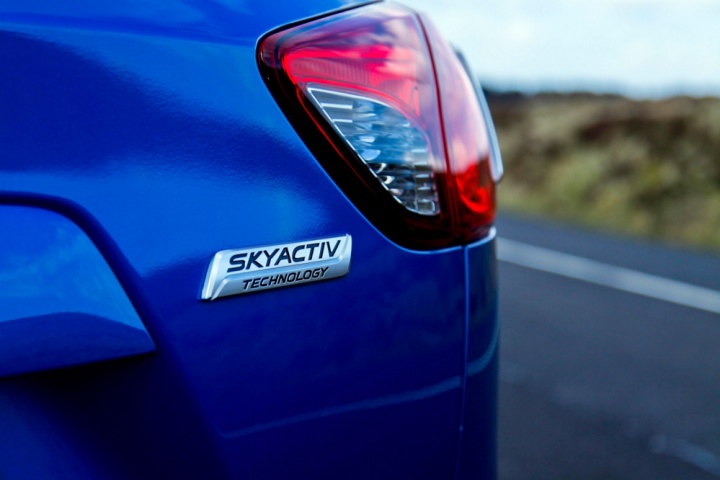 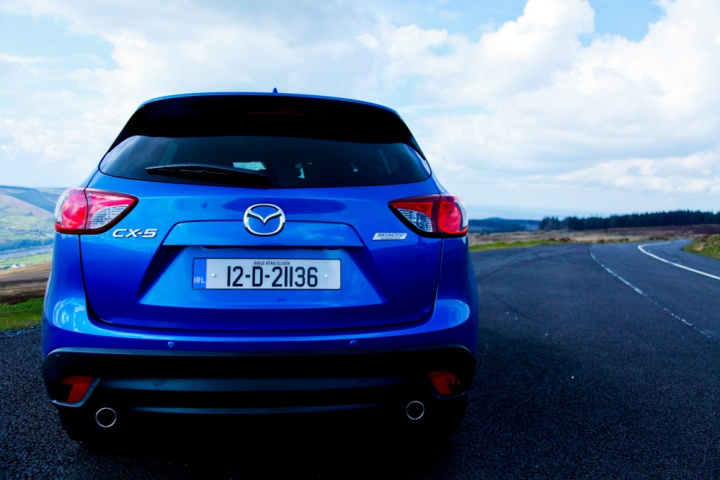 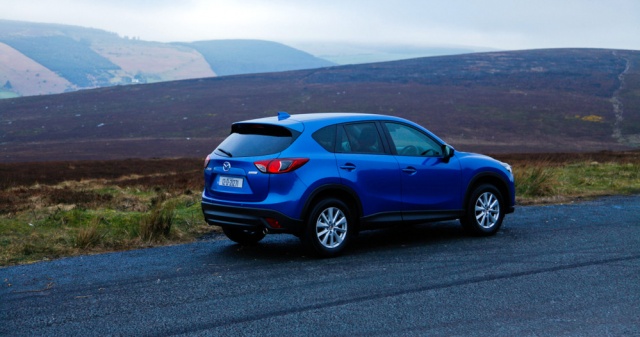 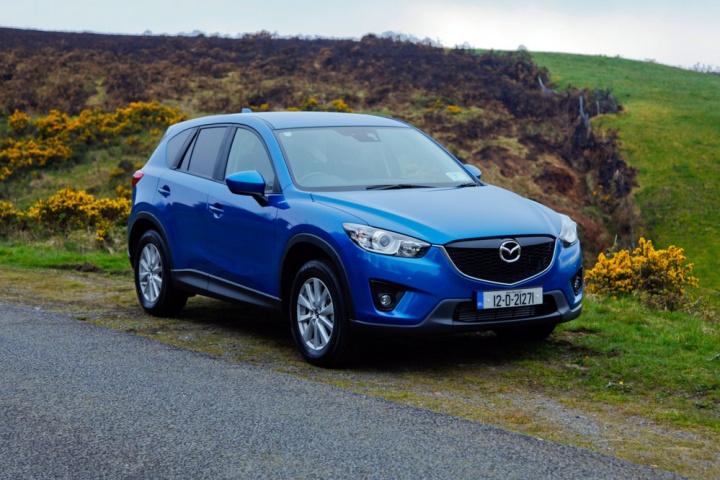 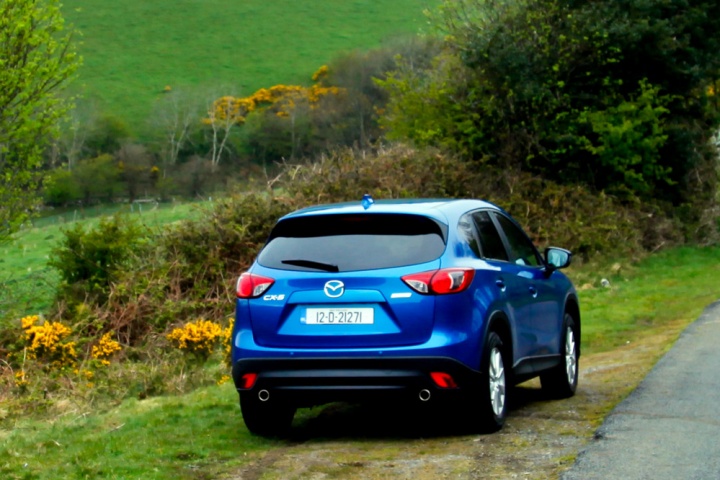 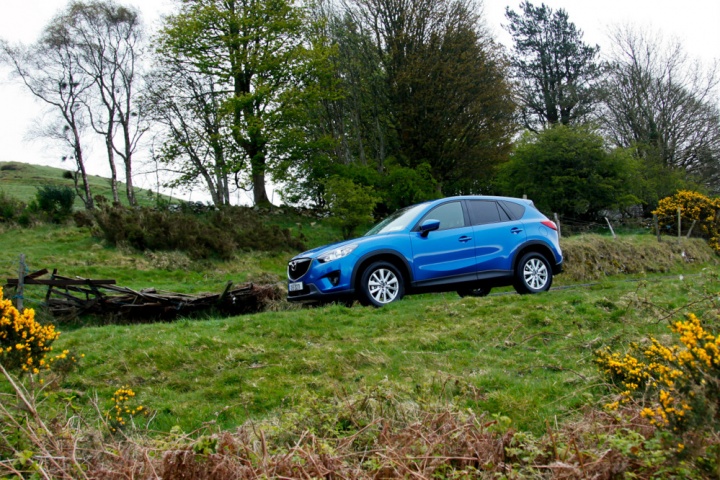 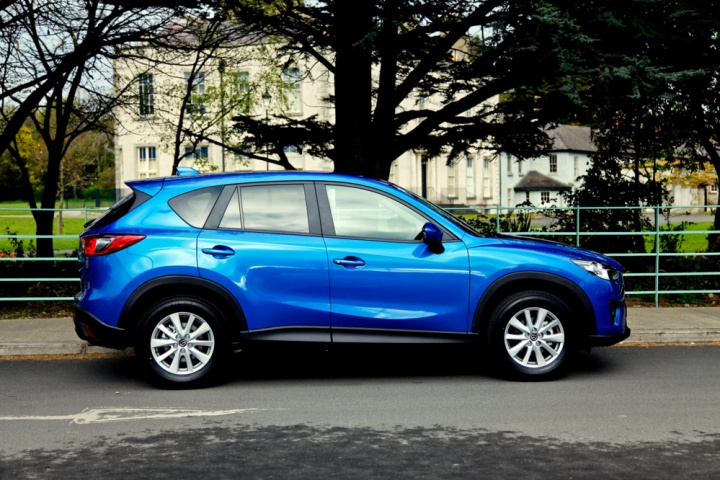 The Mazda CX-5 is a bit late to the crossover party. Can its host of clever technologies help it gate-crash?

The Mazda CX-5 is not perfect; the ride is too busy for Irish roads and the interior is a bit drab, but the new SKYACTIV technologies make you sit up and take notice. Away from the bumps it has the kind of dynamics normally not associated with crossovers and returns the kind of economy and emissions that do not seem to match up with the performance. In one fell swoop Mazda would appear to have jumped to the top of a class it was late to join and if the CX-5 is a sign of what is to come there is a lot to be excited about.

As the first proponent for Mazda’s new design language the CX-5 previews what the next generation of its cars will look like. To our eyes the theme - known as Kodo - does not look too different to 'Nagare' that preceded it, but this is not a bad thing - more evolution rather than revolution. The CX-5 has a real cab-rearward profile, mimicking that of the MX-5, which Mazda seems to be using as the inspiration for its line-up. Svelte and flowing, the CX-5 is only let down by a front end that is a bit anonymous.

Inside, the CX-5 is loaded with equipment (more on that later), has ample space for all members of the family and offers a great driving position. It is let down a little by the interior styling that is some way off the premium rivals that Mazda hopes to nick sales from. There is nothing particularly wrong with it; it just has the look and feel of an older model.

Mazda is clearly aiming the CX-5 at young families who demand their crossovers to possess a degree of driving dynamics not usually seen in the segment. There is a lot of talk about something called ‘Jinba ittai’, which roughly translates to 'horse and driver as one', but basically it means that that, thanks to SKYACTIV thinking the CX-5 is lighter than the competition and has suspension tuned specifically for the European market. Unfortunately not for the Irish market. While you can chuck the CX-5 around like nothing else in its class the ride is so firm that it is easily unsettled by the smallest of imperfections in the road. We don’t imagine too many families will appreciate this, especially if the kids are asleep in the back.

Away from the bumps the CX-5 is a genuinely nice car to drive. The 150hp 2.2-litre diesel engine we tested is petrol-like in its love of revs. The twin-turbo unit pulls strongly in any gear and thanks to 380Nm of torque, which is available from 1,800rpm, overtaking is a doddle. The six-speed manual transmission is a joy to use as well - the ratios are well judged with the quick shifting box allowing you to make full use of them.

The power available and the way the CX-5 handles forces you to look twice at the fuel economy. A 2.2-litre diesel, 150hp crossover should not be capable of returning 4.6 litres/100km (61.4mpg) while emitting 119g/km, yet thanks to the SKYACTIV technologies and Mazda’s iLoop (a regenerative stop-start system) that is exactly what the CX-5 does.

To effectively compete with established crossovers from the likes of Volkswagen and Kia, Mazda has gone down the tried and tested route of loading it with equipment. The rather confusingly named entry level ‘Executive’ trim comes with air conditioning, Bluetooth, TomTom satnav with touch screen interface and 17-inch alloys. The Sport trim that we tested is likely to be the volume seller and adds parking sensors front and rear, auto lights and wipers, dual-zone climate control and a city emergency braking system. Range-topping Sport SE gets larger, 19-inch alloys, heated leather seats and smart card keyless entry.

For the Irish market the Mazda CX-5 will be offered with a 165hp 2.0-litre petrol engine and a 2.2-littre diesel unit that is available with outputs of either 150- or 175hp. The higher powered diesel model will be the only version offered with four-wheel drive. Both the petrol and high power diesel will qualify for tax Band B when they arrive later in the year. With the 150hp diesel being in Band A, it is likely to account for the vast majority of sales.

Arriving this late to the party the Mazda CX-5 should not really stand a chance against established competitors that are beginning to move into their second generations. However, thanks to its new SKYACTIV technologies, which somehow manage to marry performance and dynamics with fuel economy and cleanliness, Mazda could be onto a winner with the CX-5. It may not have what it takes to compete with premium offerings like the Audi Q3 and BMW X1, but if we were Nissan, Hyundai or Toyota we would be worried about the newcomer.