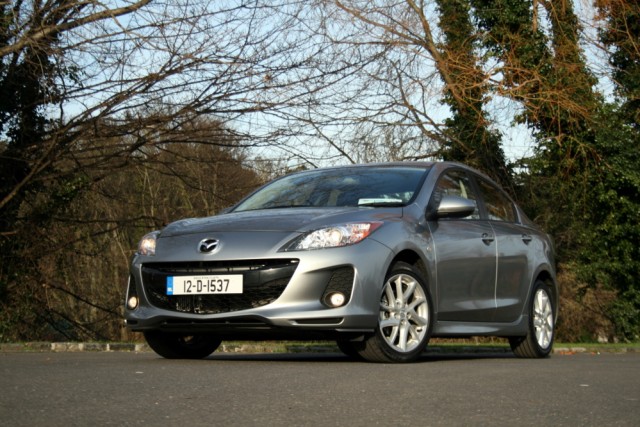 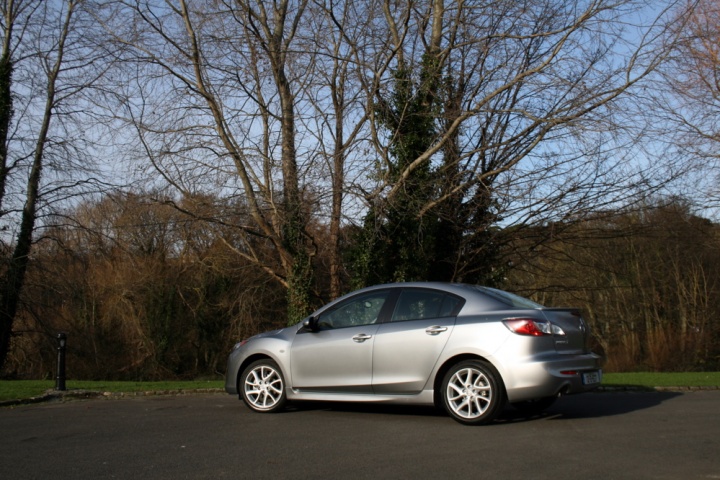 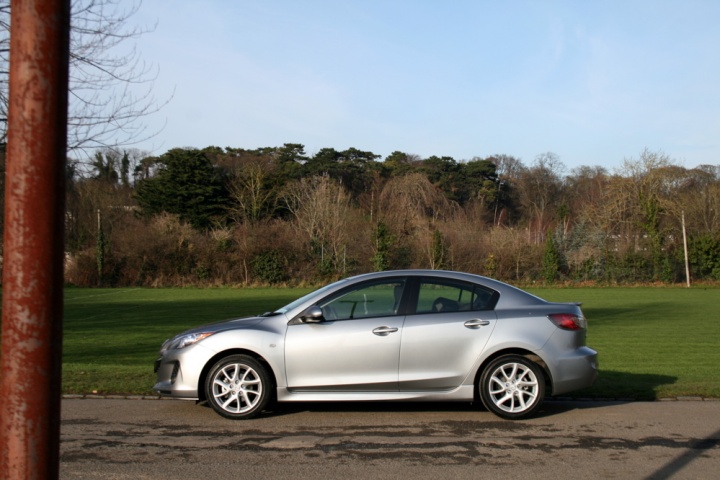 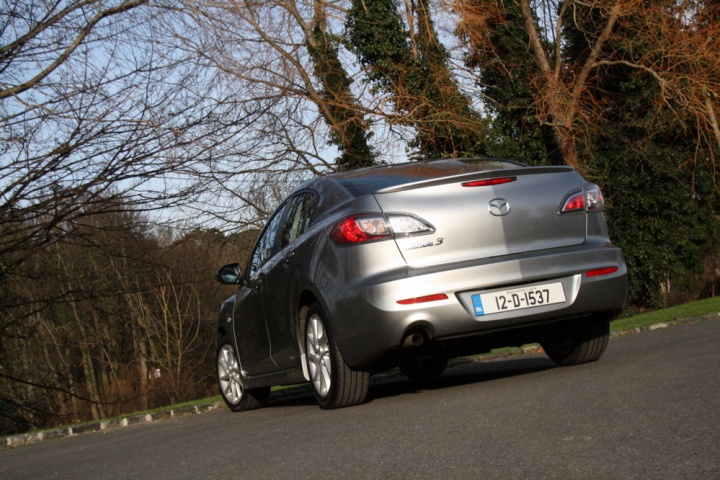 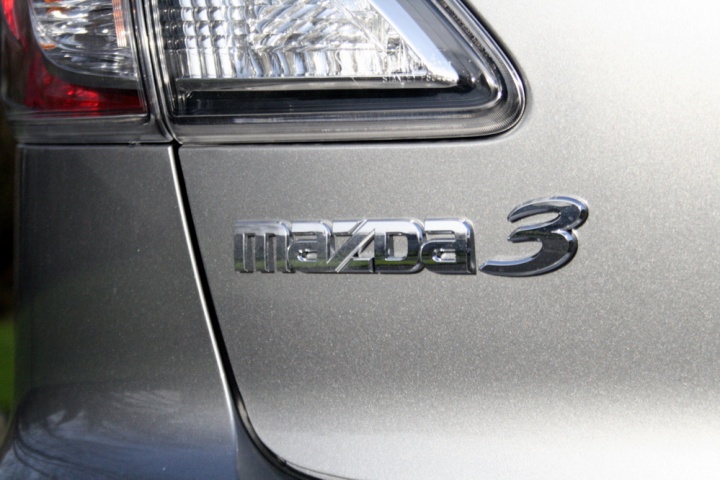 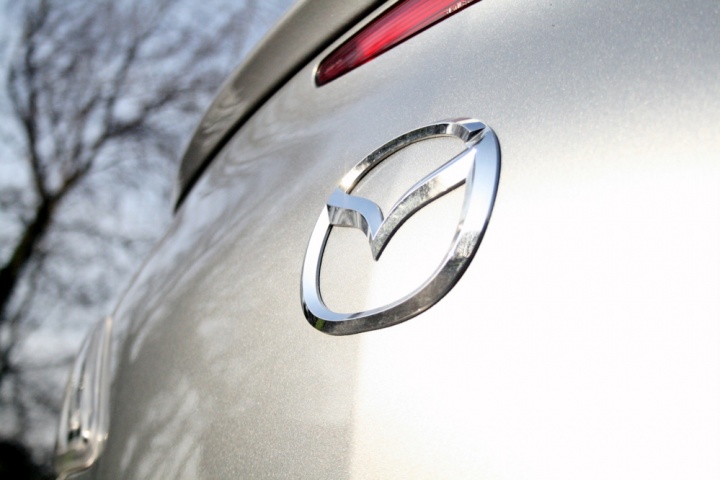 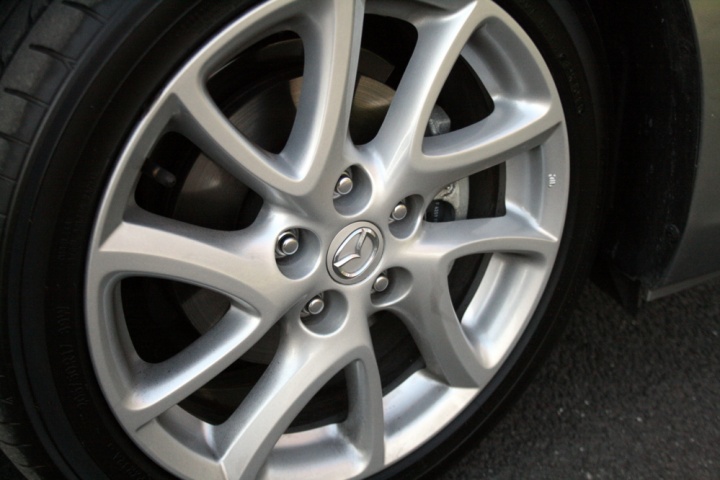 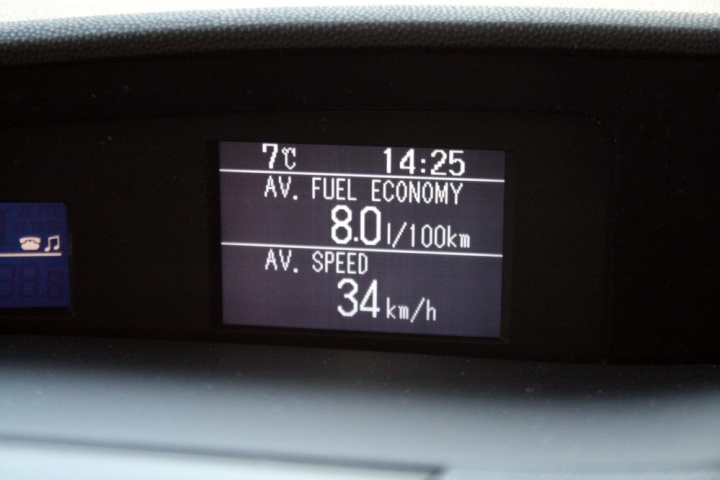 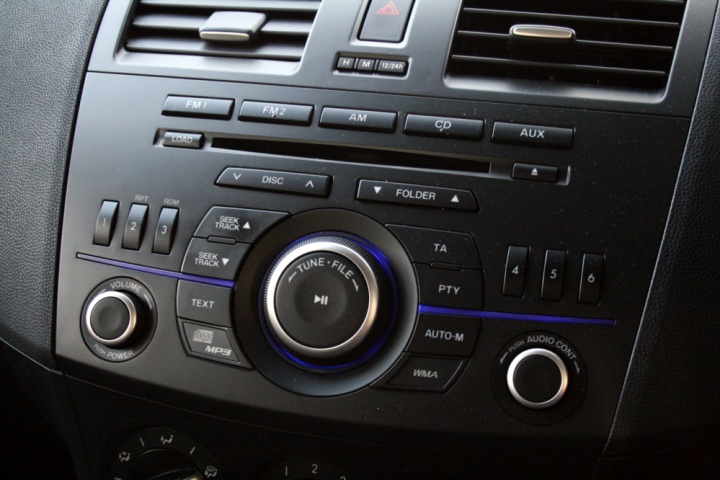 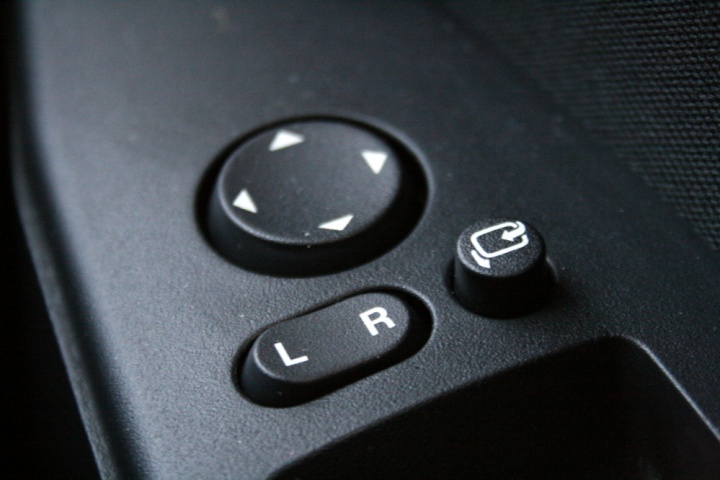 Mazda has given its best-selling 3 saloon a facelift for 2012 - and it looks better than ever.

Traditionally, cars sold in the same class as the Toyota Corolla and Ford Focus saloon have tended to be, well, traditional. Mazda is eschewing that with its attractive 3, which receives further updates for the 2012 model year. Here we test the top-of-the range Sport model.

If this category was judged on exterior styling alone we'd award the Mazda3 five out of five. Last year's car was already an attractive shape and this year a mild restyle only serves to enhance that. It's especially true of the Sport version we tested, which boasts tasty 17-inch wheels and an effective body kit. The boot lid is pert and topped off by a modest spoiler.

Inside there have been minor updates too and overall it's an attractively designed cabin that feels well made. The switchgear is intuitive enough, though we found the pairing process with a Bluetooth phone to be infuriatingly longwinded (admittedly the car's owner would only need to do this once). Up front there's plenty of space and comfort, although the rear seats could do with a little more legroom. Other cars in this class are larger, though the Mazda3's boot is spacious enough and a good shape.

Mazda's engineers focused on reducing the weight of the 3 'gram by gram' and the result on the road is an agile-feeling car. Some may prefer something more substantial, but the Mazda3 is just as stable as its rivals at speed and more capable on an interesting road than most drivers will ever discover. We'll stop short of calling it engaging, but it is decent enough to drive. The downside - probably due to the low profile tyres - is that the ride can be a little choppy in around town - especially so at the rear of the car.

We're finding less and less manual gearboxes that are satisfying to use, so the Mazda3's was a relief on that count. The six-speed unit is a joy to change from cog to cog thanks to a short throw and a distinctly mechanical action.

It's a good partner to the 1.6-litre diesel engine and its 115hp is more than enough to make the car feel relatively quick - thanks of course to the ample torque available low down the rev range. It certainly feels faster than its 0-100km/h time suggests. It's not perfect though, as it seems to be very quick to cut revs when you're pulling out of a junction, making smooth progress difficult. No doubt you'd learn to drive around that, but as well as that it's quite a loud engine. The same unit in the Mazda5 is much quieter - presumably because of better sound deadening.

It's tricky to compare the Mazda3 Sport saloon directly with rivals. It's a little smaller than the likes of the Ford Focus saloon, Toyota Corolla, Renault Fluence and Volkswagen Jetta, while it's priced on a par with the Renault, Toyota and Mitsubishi's Lancer saloon. However, for the same amount of money you seem to get a lot of equipment in the Mazda. The Sport model for instance features auto lights and wipers, air conditioning, electric windows all-round, cruise control, Bluetooth and the visual enhancements mentioned above.

All diesel versions of the updated Mazda3 are in Band A for toad tax. Mazda quotes an impressive 4.3 litres/100km combined consumption figure for this car, though we managed only 8.0 litres/100km. Admittedly we didn't venture outside the M50 in Dublin on this occasion so it should do better out on the open road.