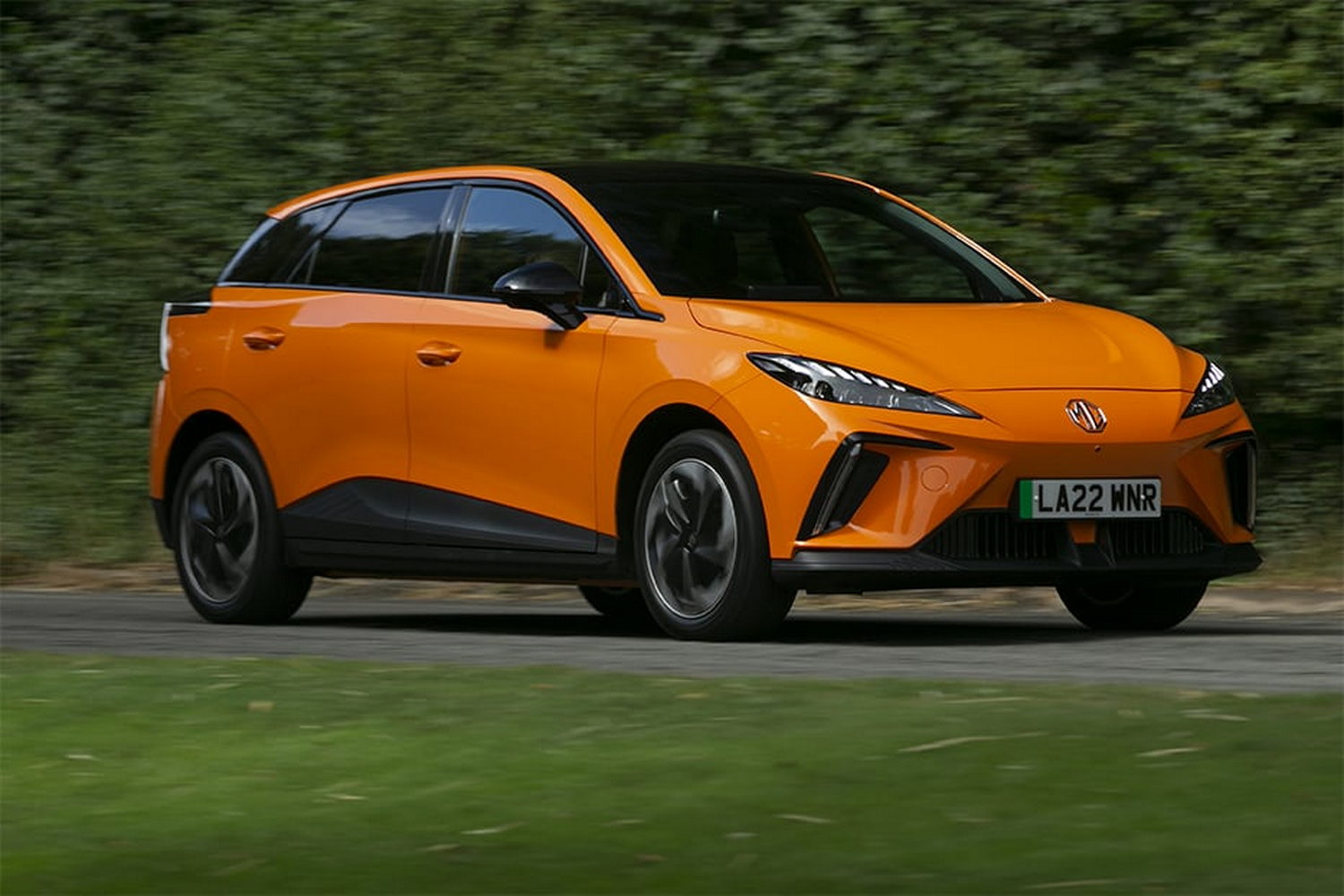 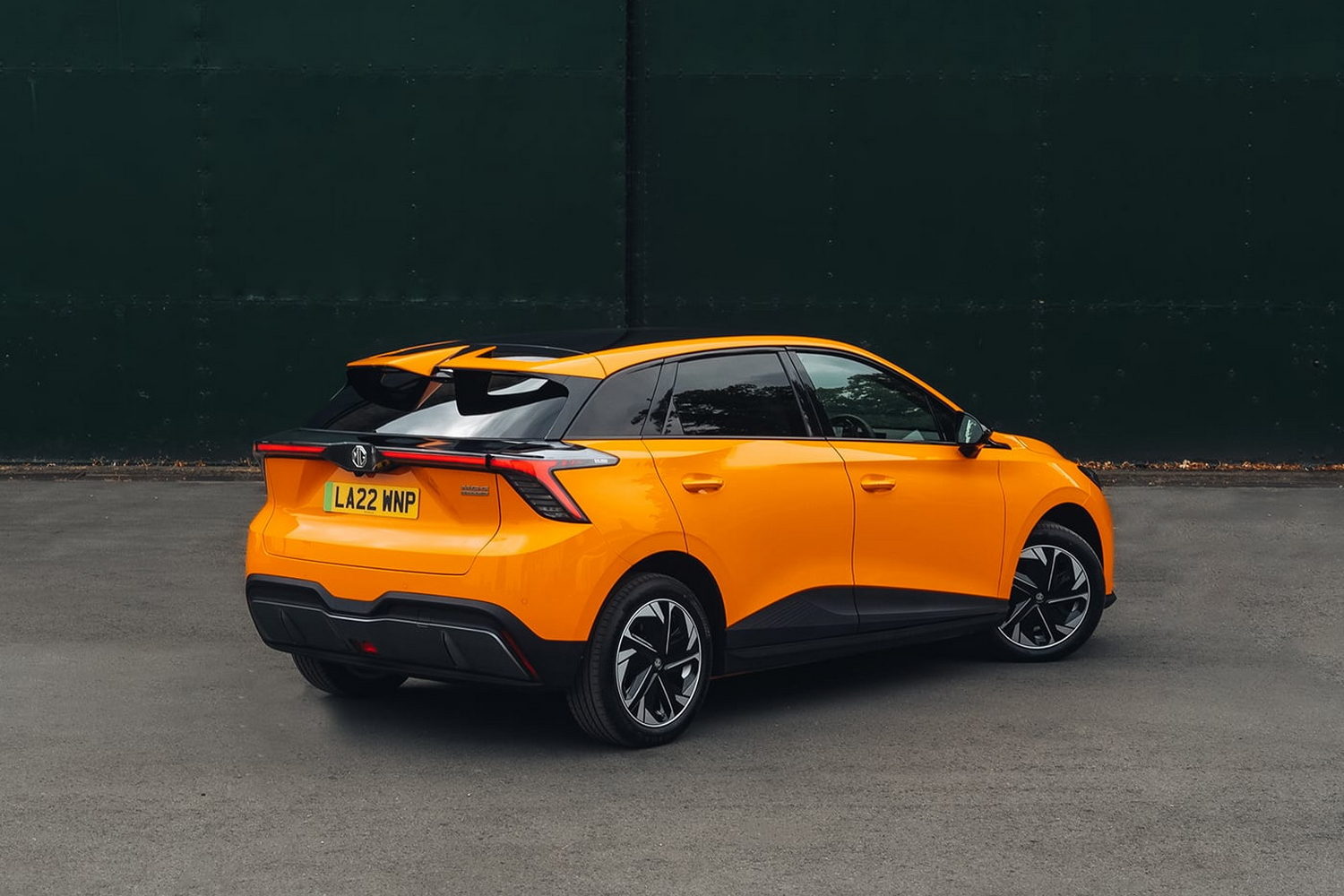 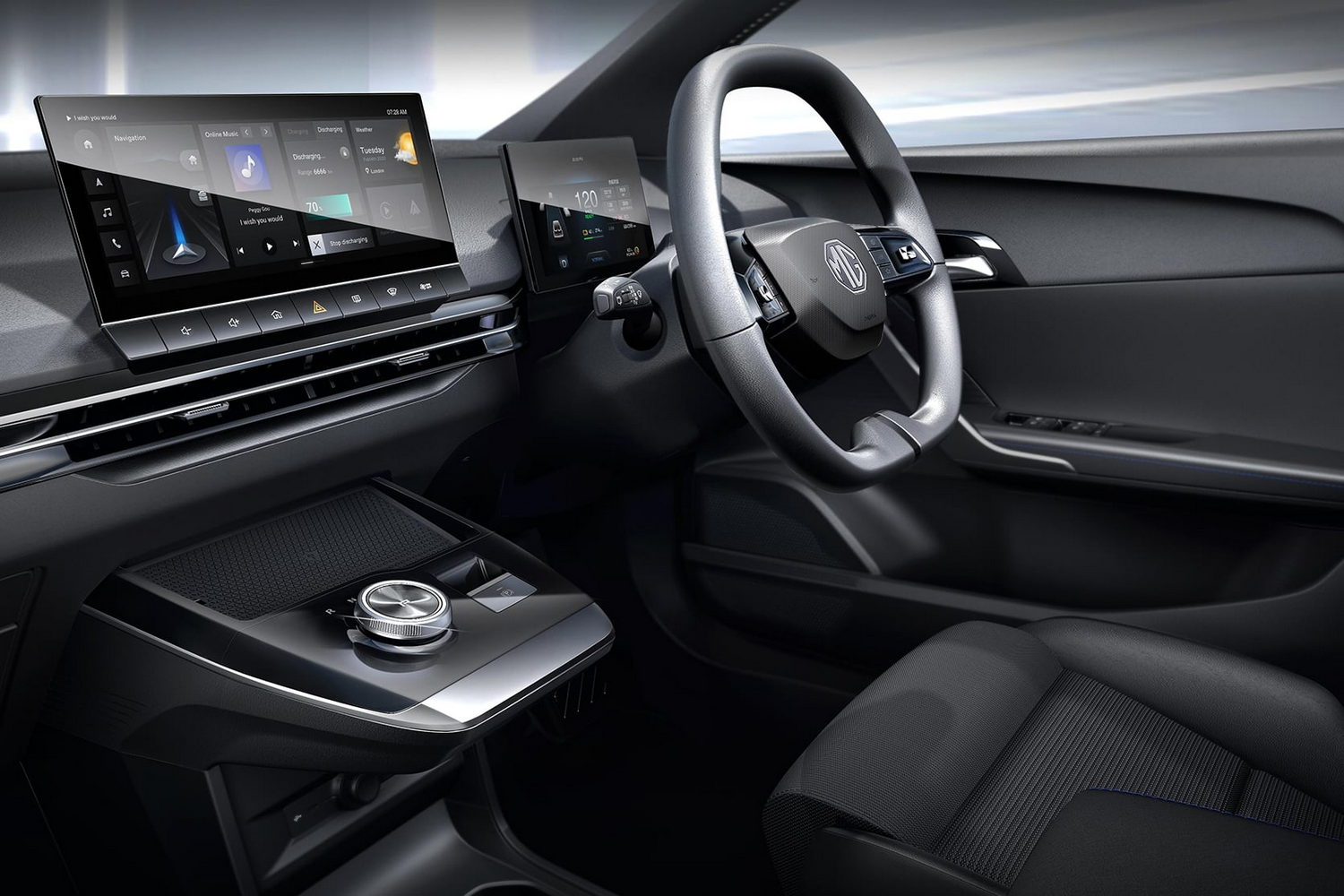 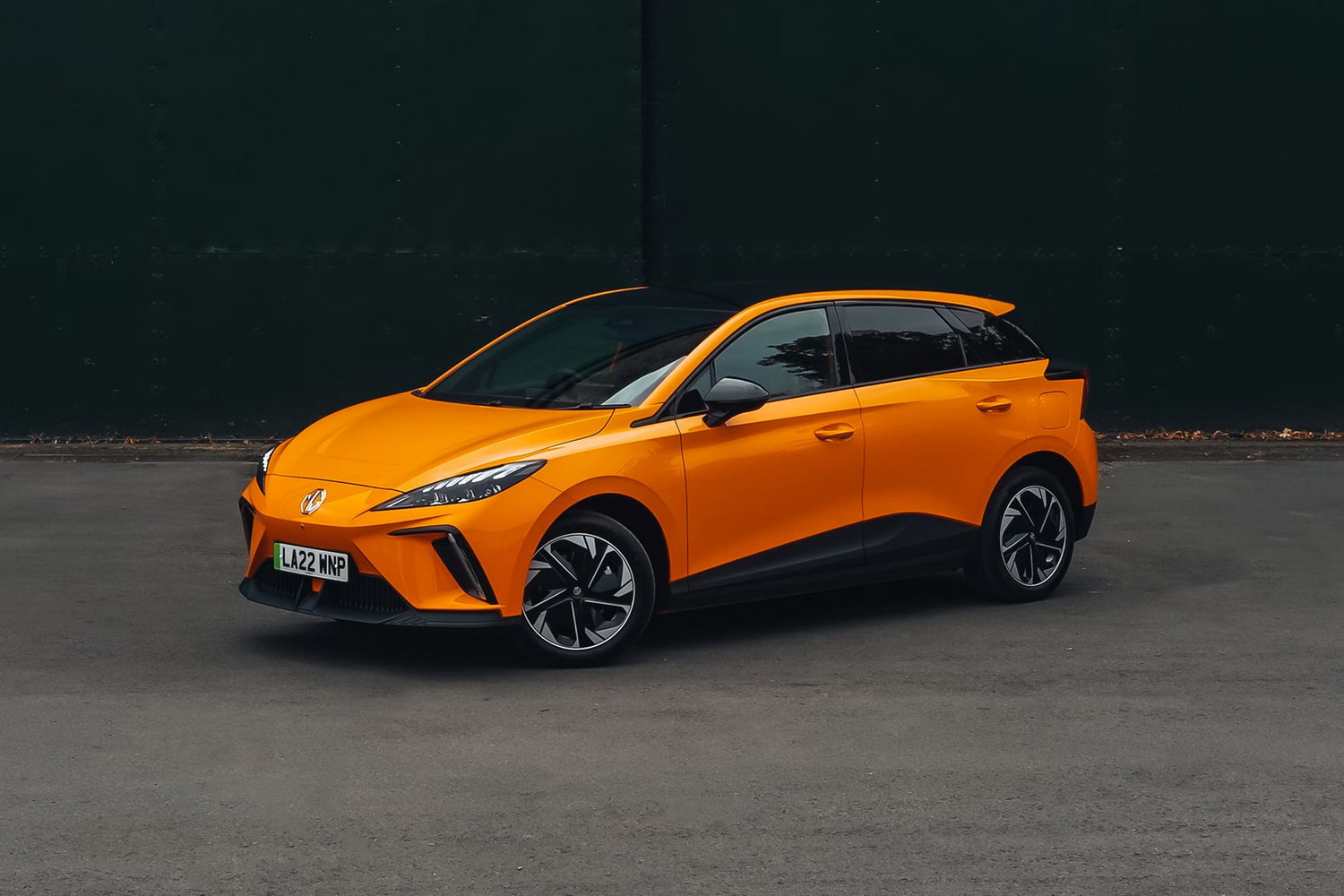 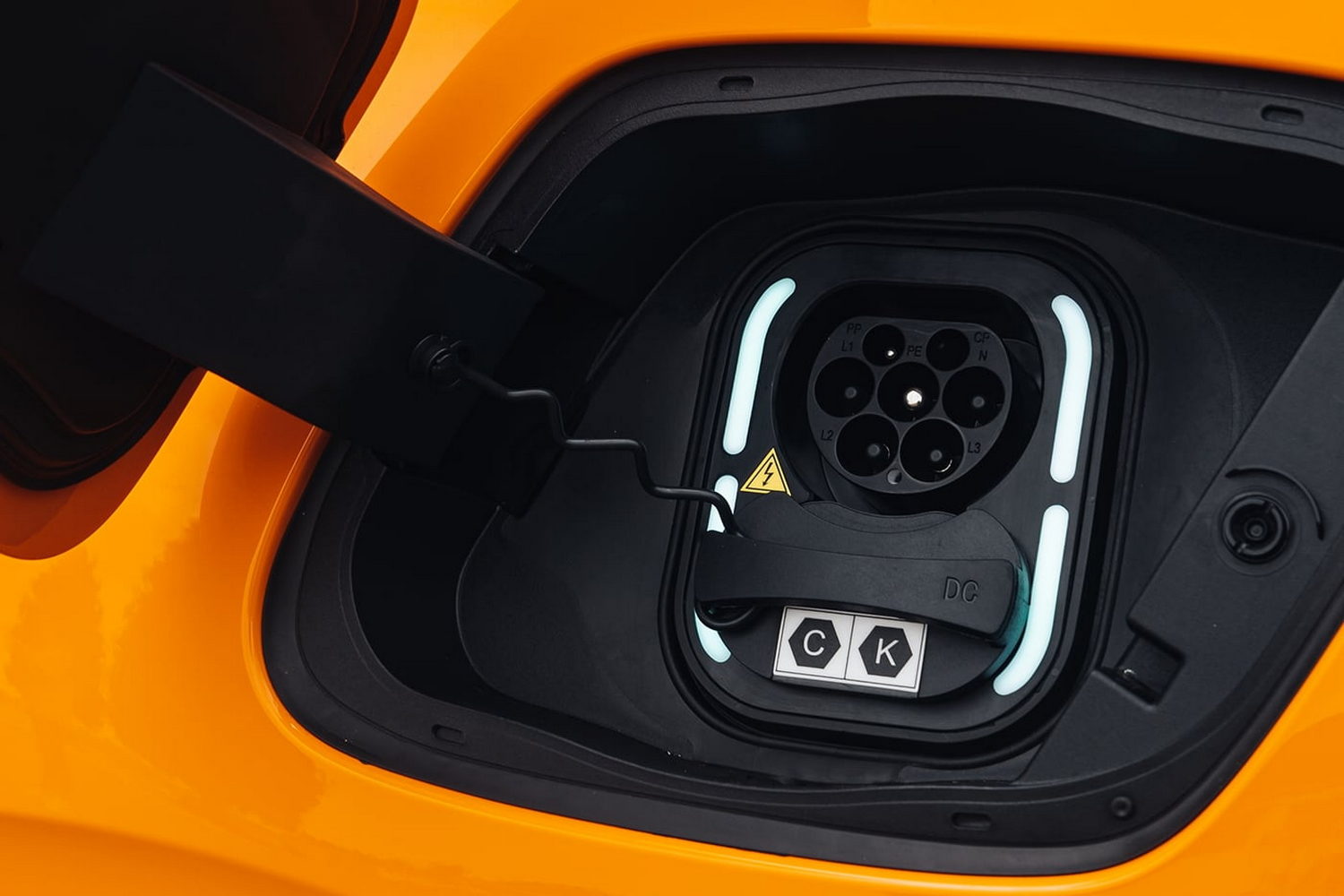 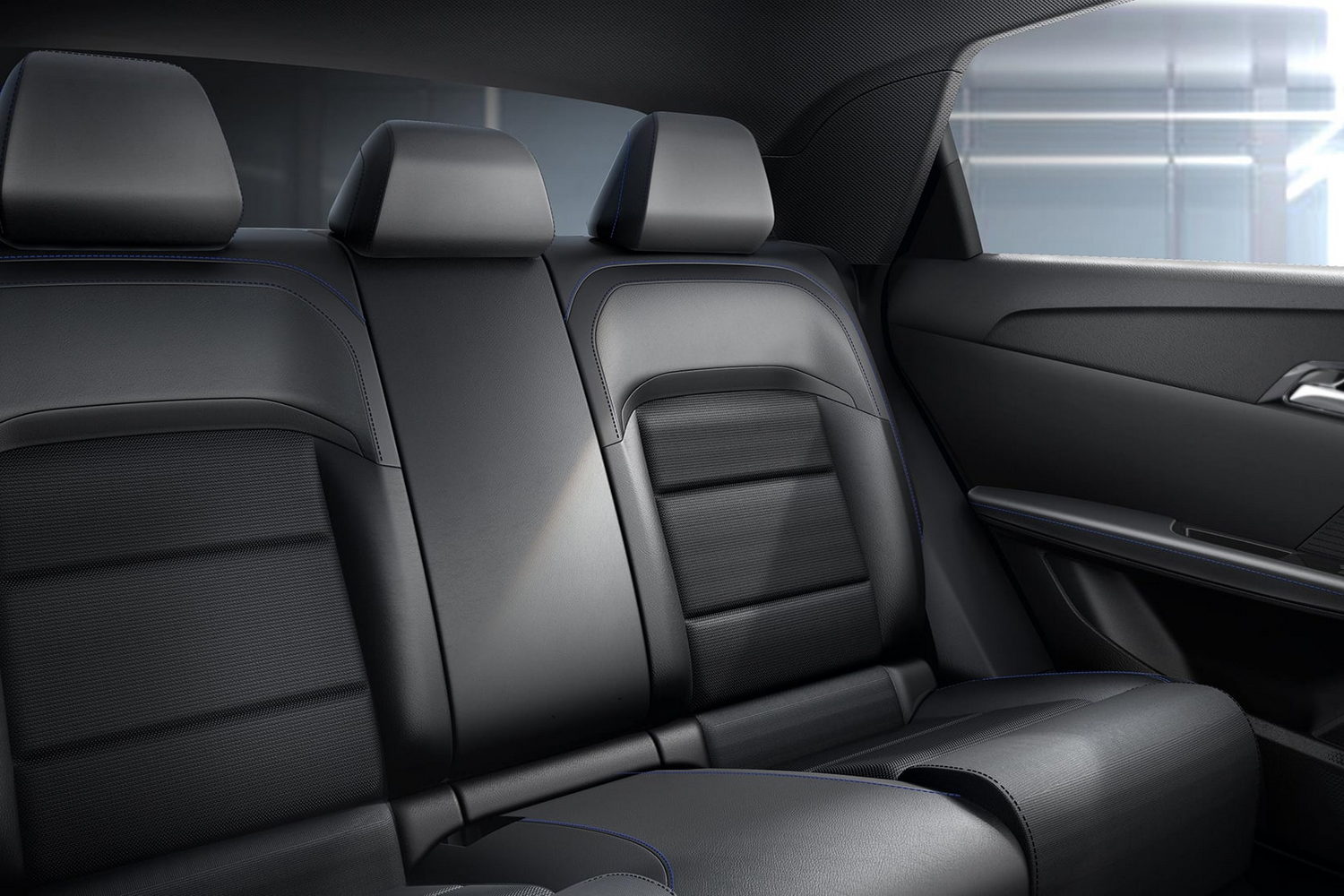 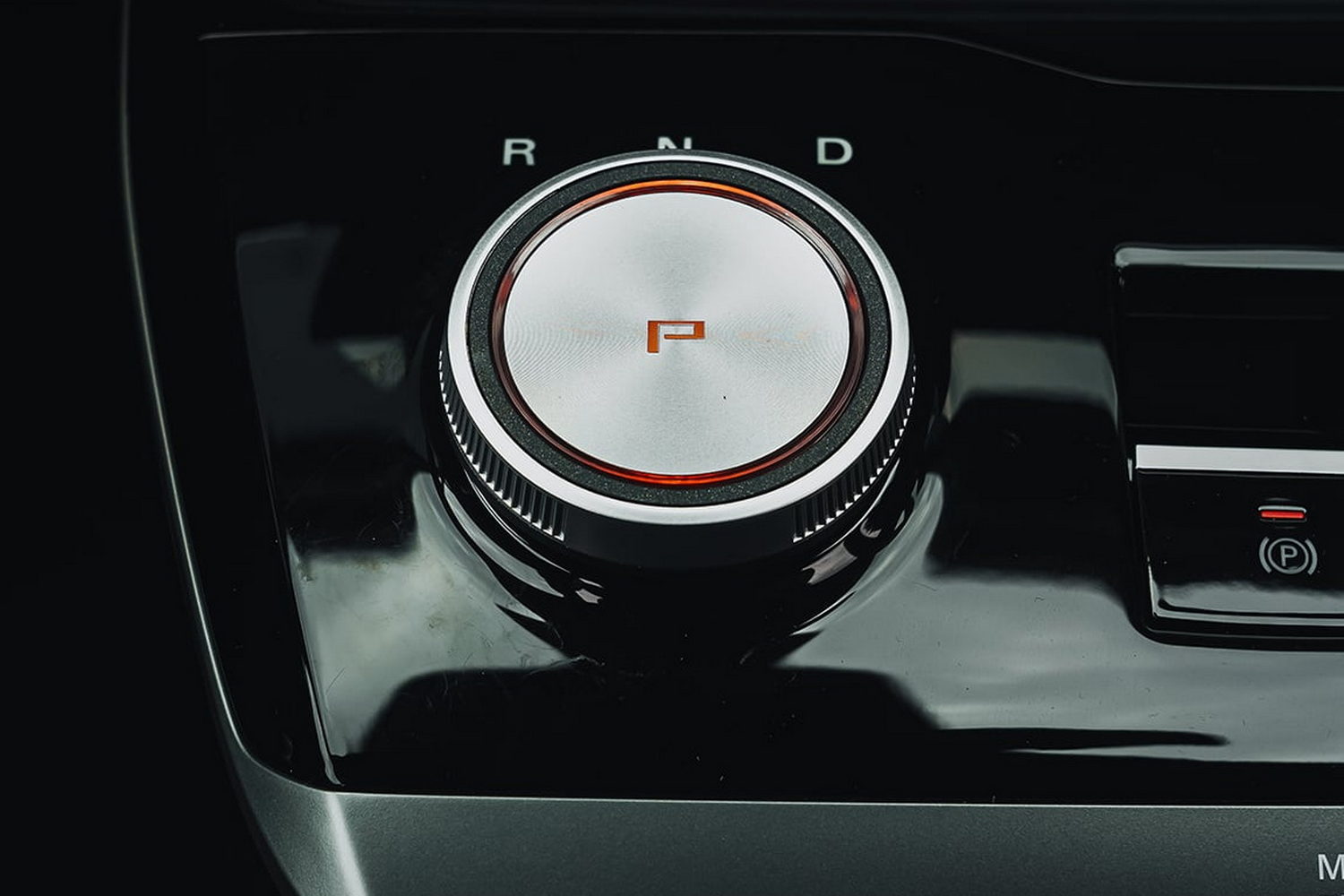 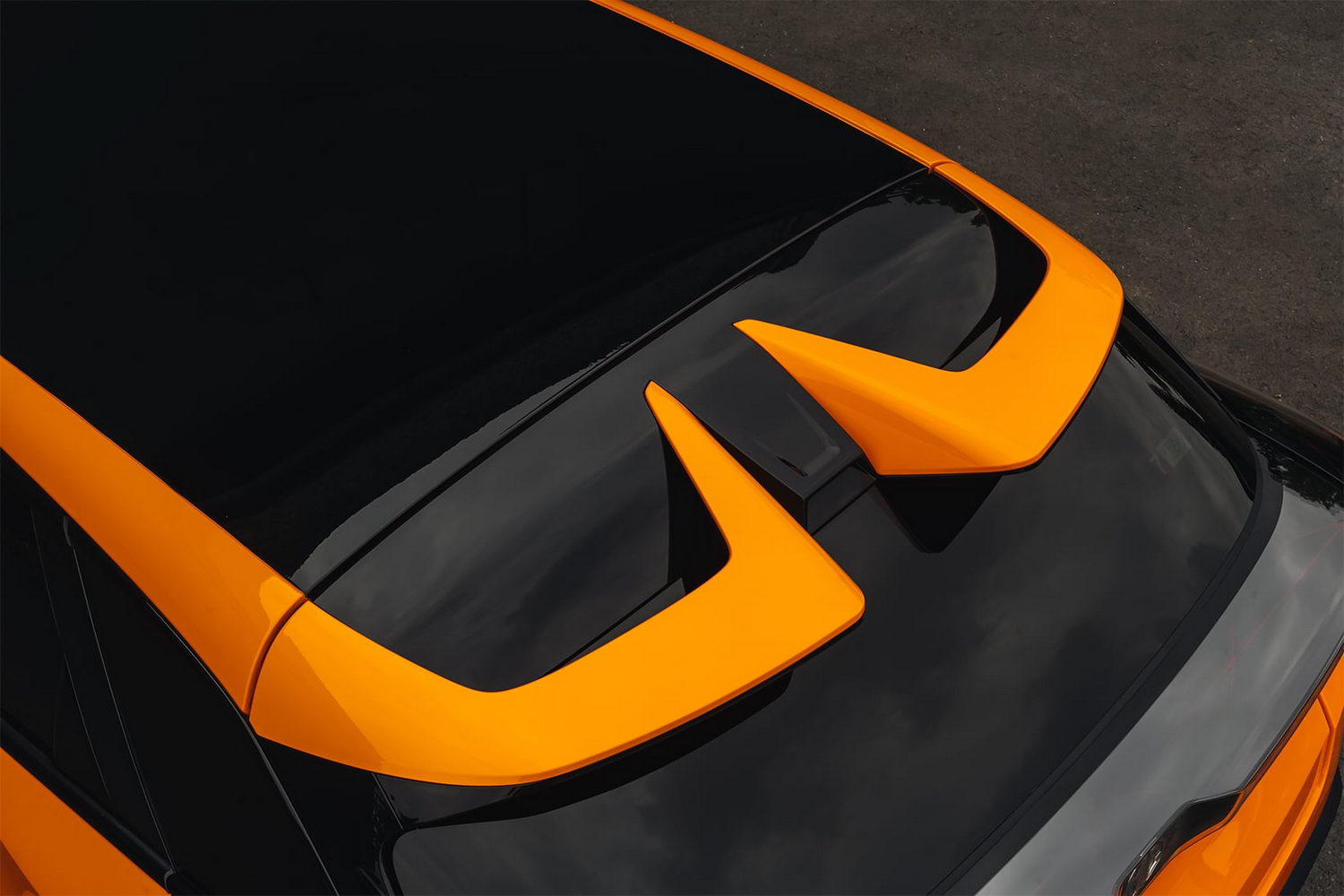 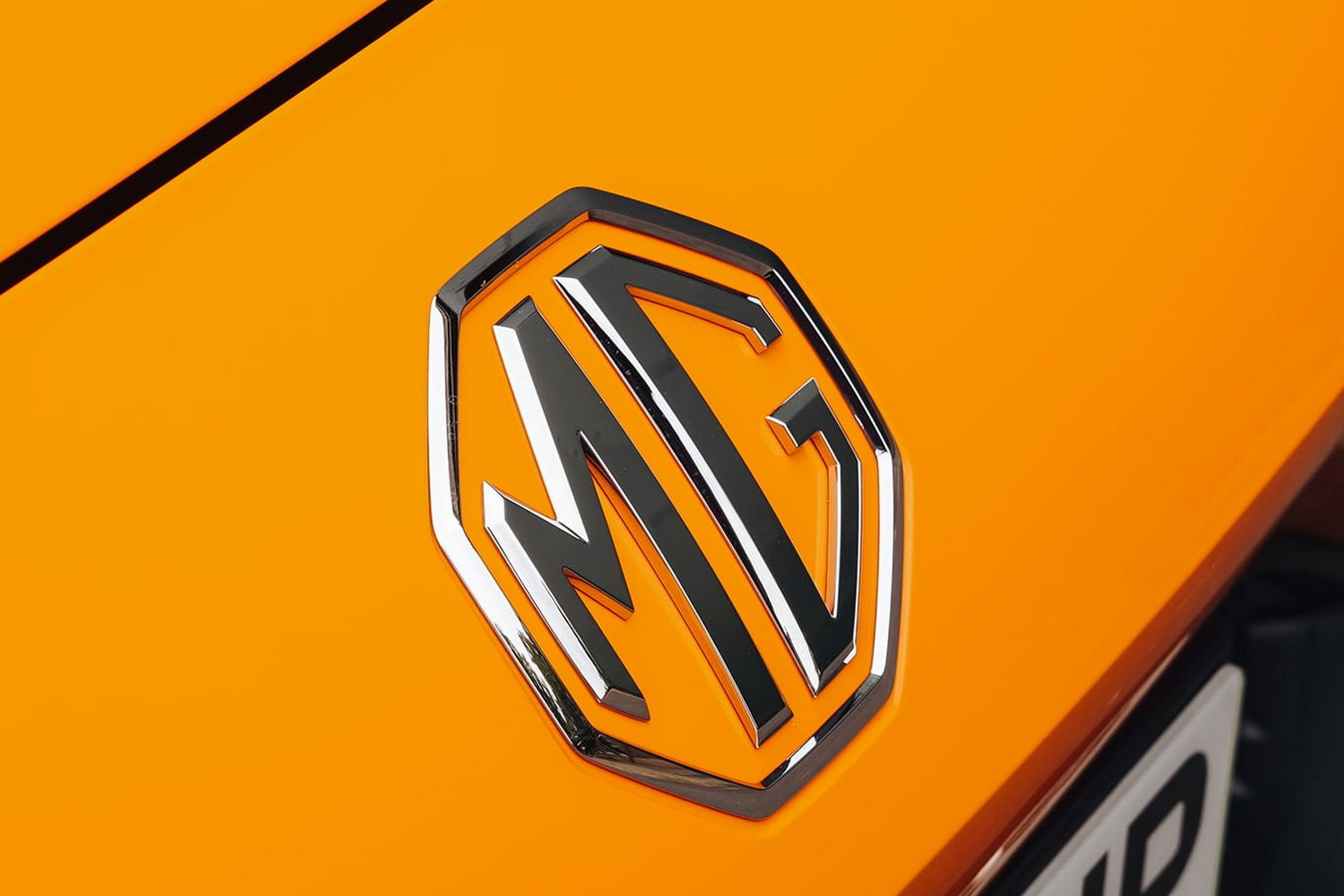 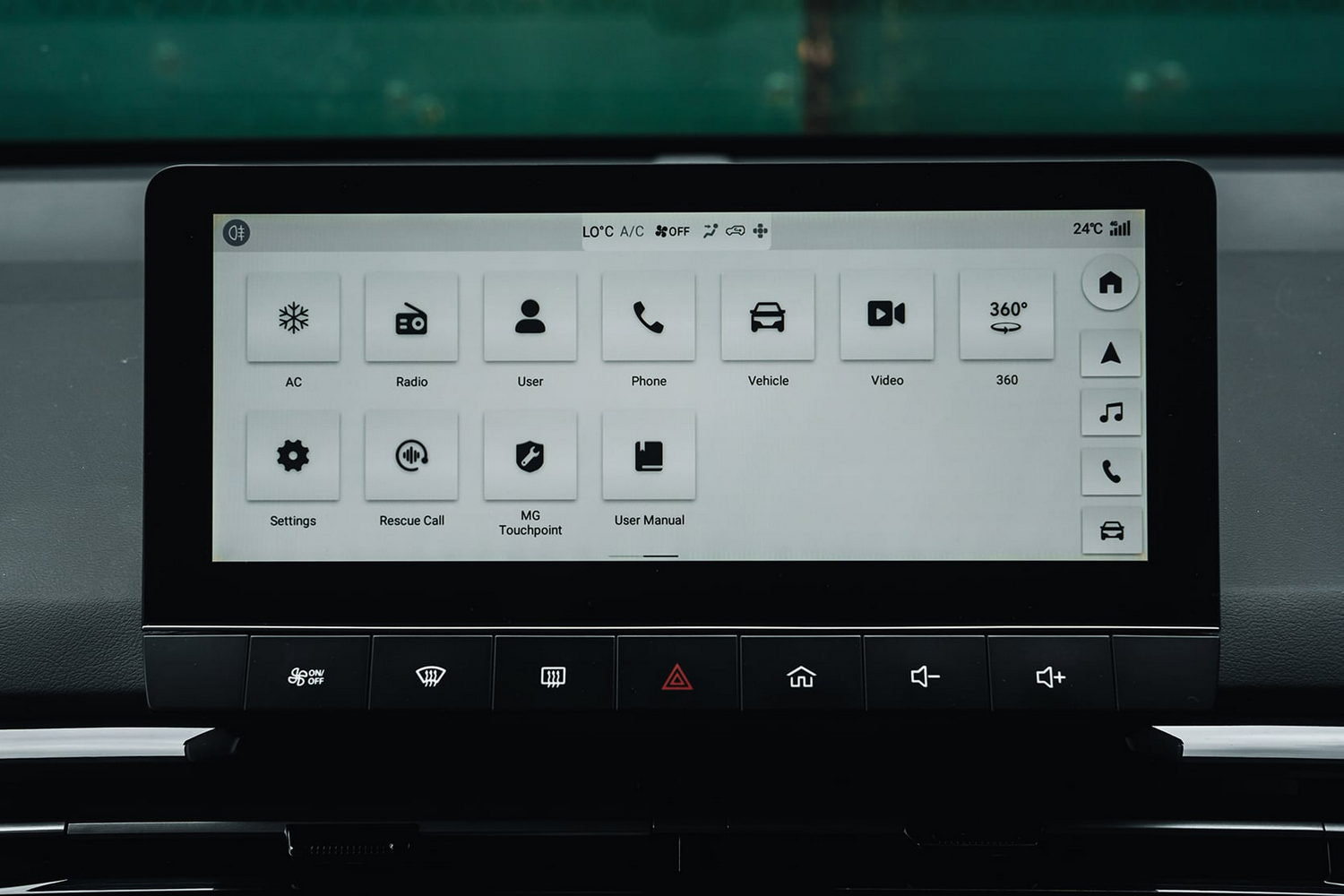 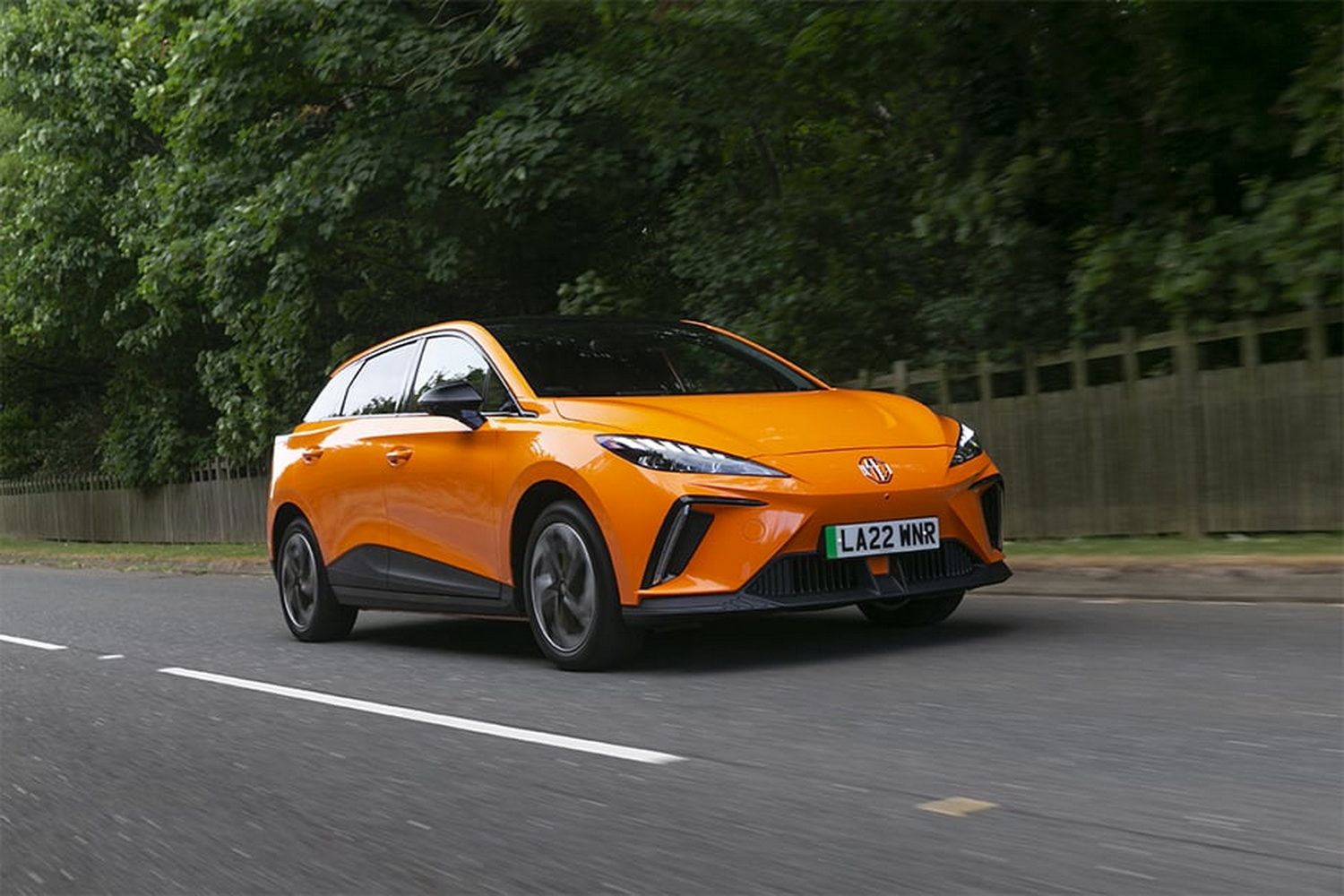 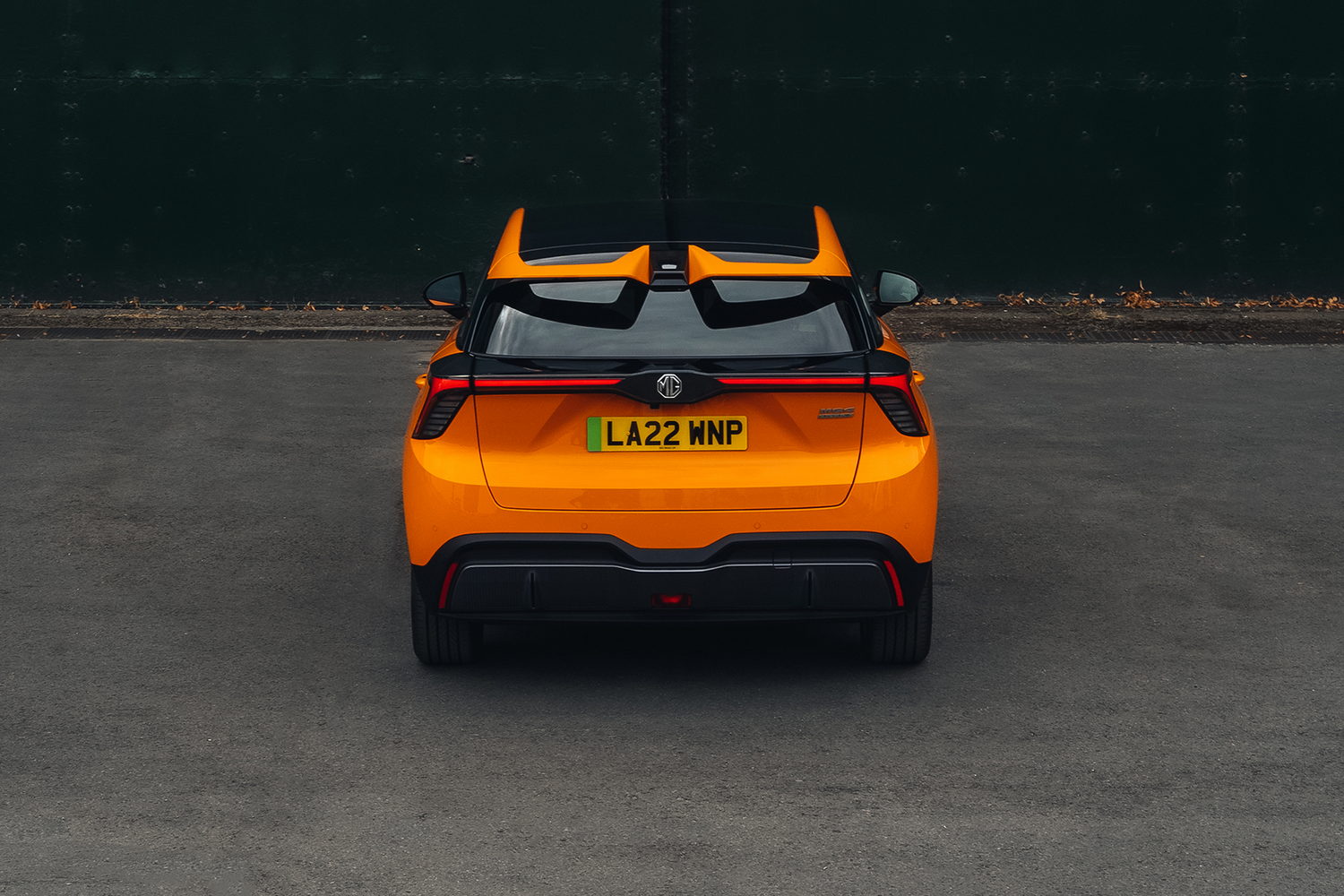 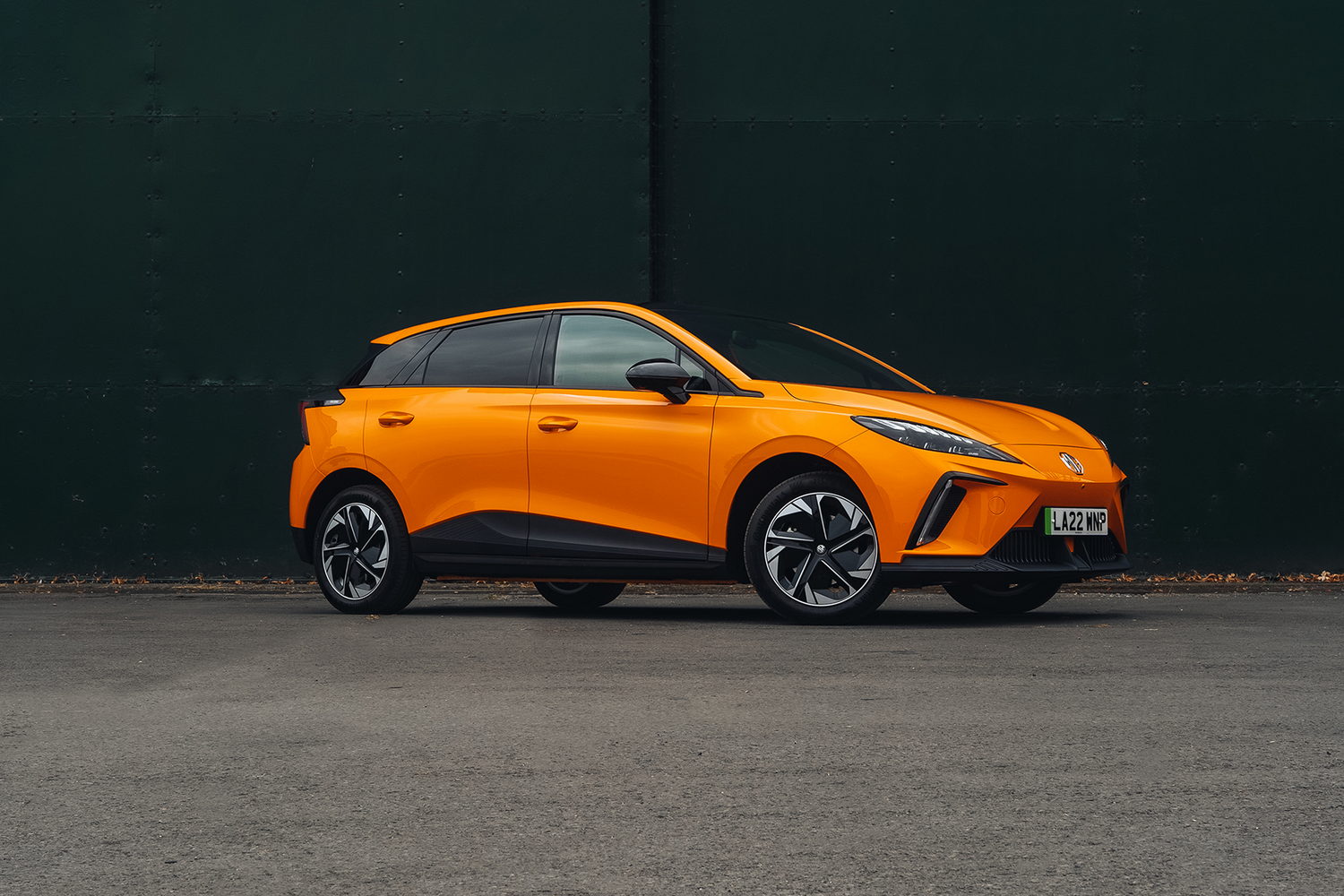 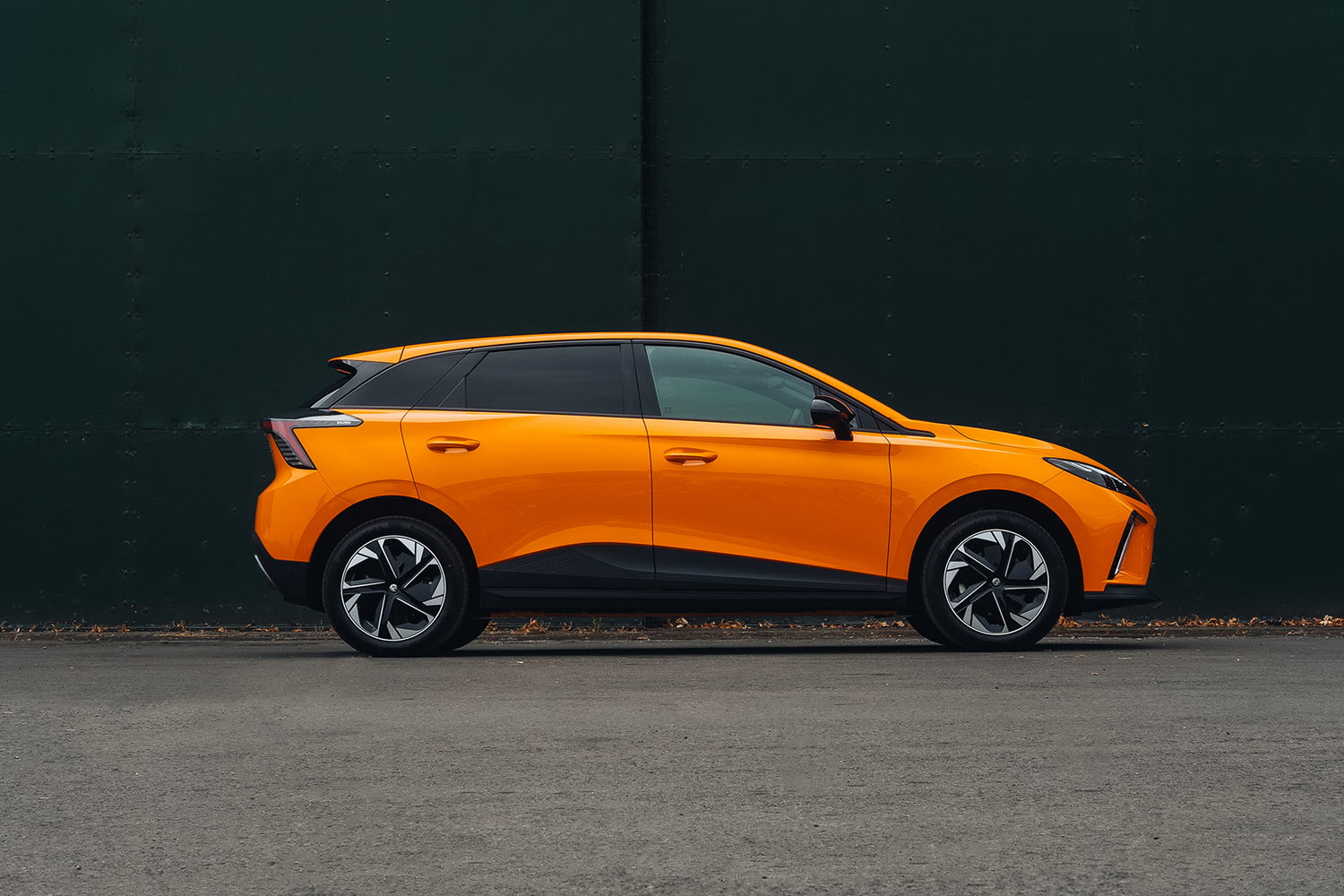 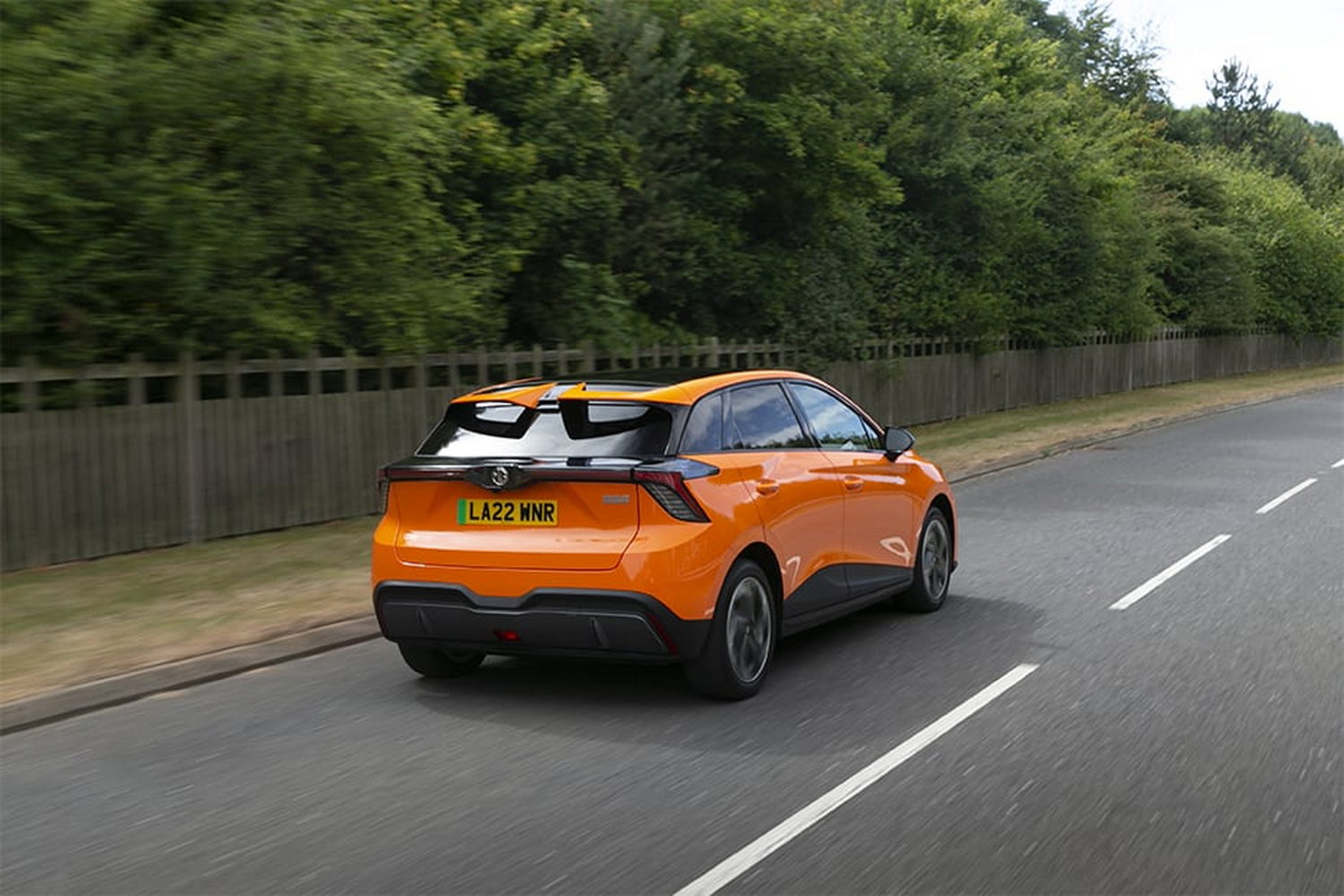 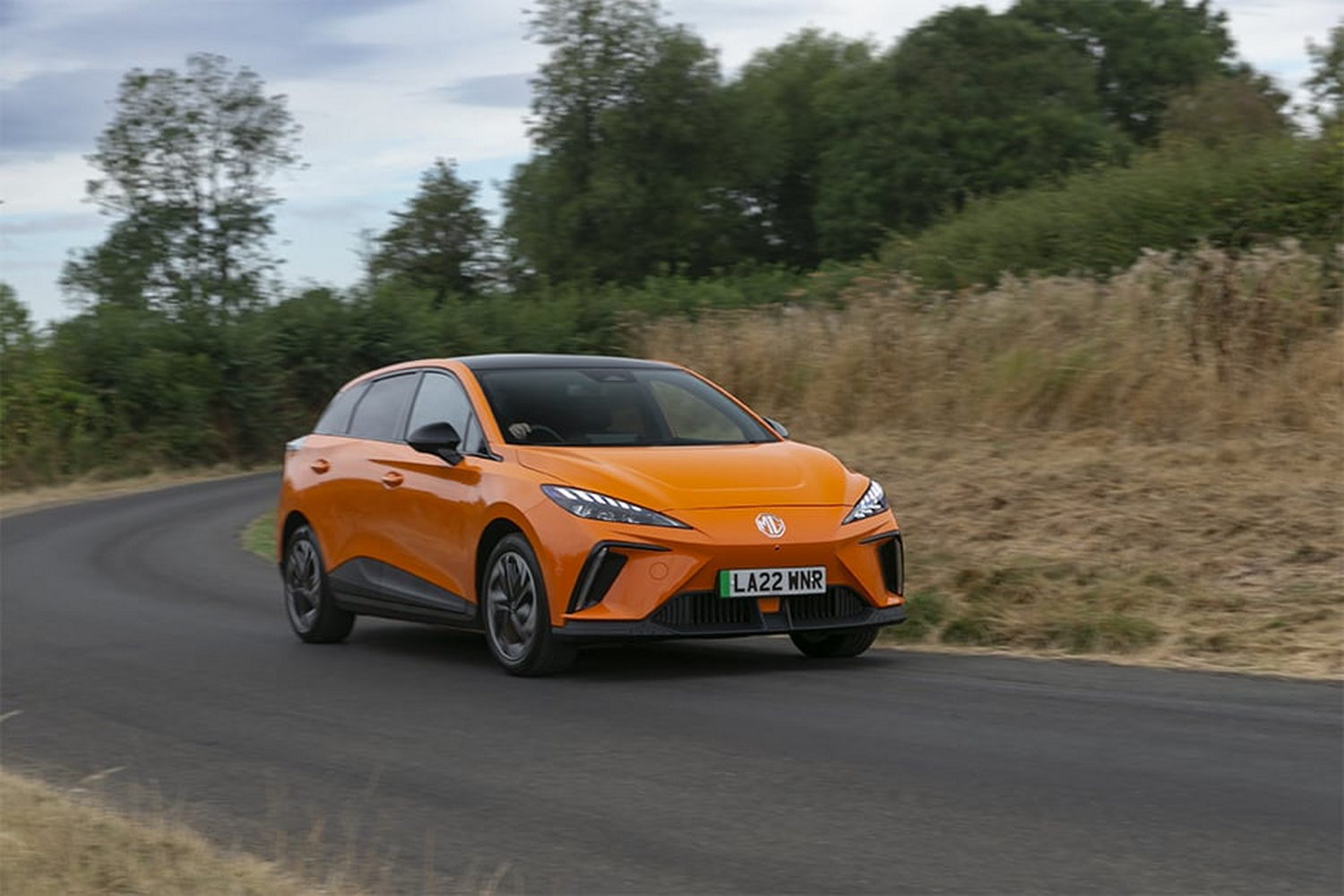 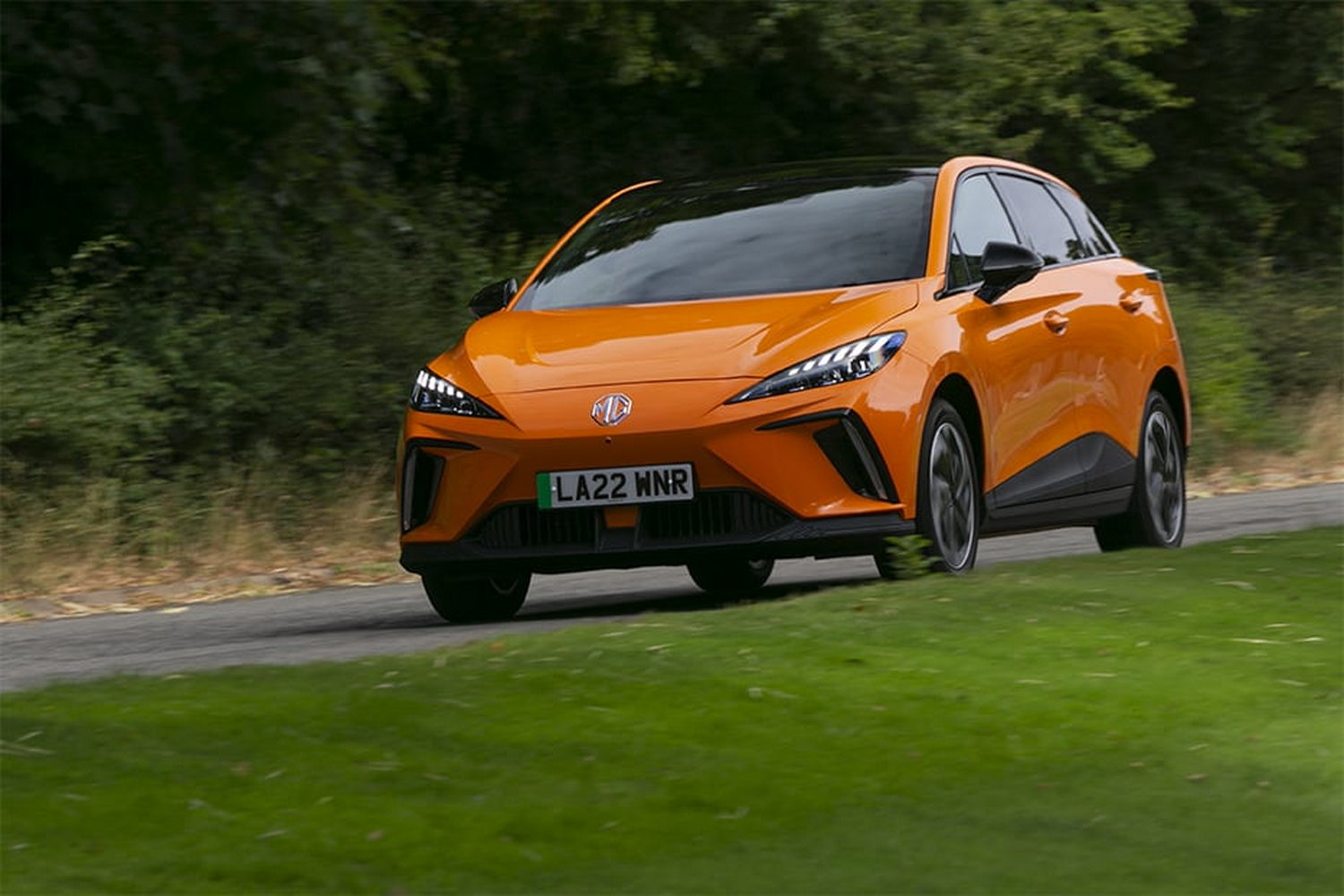 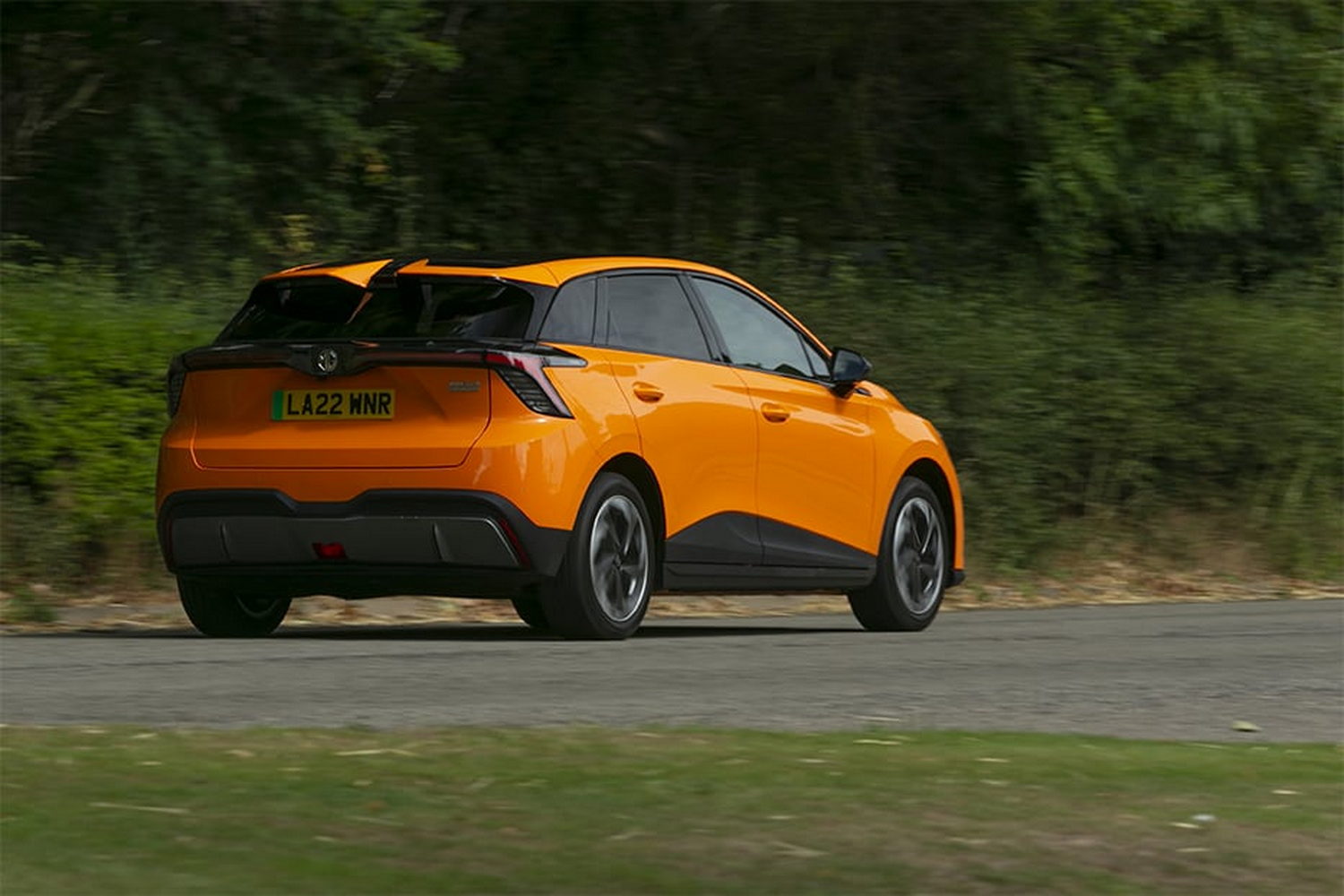 MG's new electric family hatchback, the 4, is causing quite a stir.

MG's electric cars have already made waves with their value, range and equipment, but there's soon to be an all-new model that aims to go a step further. Although value is a key proposition for the new MG4 electric car, it's also built to match established mainstream models with its driving dynamics, styling and performance. The question is, can it really compete with the Hyundai Kona Electric and Volkswagen ID.3?

The new MG 4 is nothing if not forward-thinking. Unlike the MG ZS, and indeed the MG 5 estate, the MG 4 is a car that was always designed to be electric. It sits on an electric-only platform that will soon underpin the majority of MG's models, positioning the battery low in the middle of the car for maximum practicality and roadholding.

That has also given MG a lot of freedom with the design, and though the jury's out on the MG4's looks, it's certainly striking. Our high-end Excellence-spec test car came with a wide rear light bar capped by criss-cross streaks of light, while it also benefited from model-specific headlights and daytime running lights, not to mention the two-tone roof. But even the basic MG4, the Excite model, is unmistakable. Angular lines and sharp edges characterise the look.

The interior is more likely to have universal appeal. The clean, almost button-free design centres around a large 10.25-inch touchscreen that's standard across the range. That's joined by a smaller digital instrument display and a rotary drive selector, as well as a selection of buttons on the steering wheel.

The main touchscreen is a triumph, with relatively crisp responses and intuitive menus, as well as sharp graphics and a relatively smart design. Perhaps it isn't as clever as the system found in the VW ID.3, but it feels easier to get your head around and less likely to trip itself over, as the Volkswagen Group system occasionally does.

The digital instrument display and steering wheel controls are somewhat less successful. The two thumb sticks on the wheel have different functions depending on which buttons you press, and it makes controlling the various screens and systems quite confusing for the uninitiated. I guess an owner will soon get used to it.

Fortunately, the MG4 fares well in other aspects of its interior. The cabin space is plentiful - there's more than enough space for two adults in the back seats, although three might be a squeeze - and though the boot looks smaller than that of the ID.3 on paper, it's much the same size in the metal. Plus, there's a handy false floor under which you can stow the charging cables and other paraphernalia.

Even more impressive is the build quality. And though the MG4 has clearly been built with cost control in mind, it's easily on a par with similarly sized products from the likes of Hyundai and Skoda.

At launch, the MG4 will be available with a choice of two power outputs. Basic Excite models with the Standard Range 51kWh battery get a 125kW motor that drives the rear wheels, while the Long Range 64kWh battery feeds a 150kW motor as standard. In future, MG is planning a bigger 77kWh battery to power the 150kW motor, while a twin-motor, 360hp, all-wheel-drive option will arrive with the 64kWh battery.

For now, though, it's just the two batteries and motors on offer, and we drove the Long Range option in top Exclusive specification. The performance is plentiful. Indeed, on a greasy road, even in 'normal' mode, which is less responsive than 'sport', a semi-judicious jab of the accelerator pedal resulted in a spinning rear wheel. Fortunately, the on-board safety systems step in before things get too out of hand, but the performance should not be underestimated. On a dry road, with less chance of wheelspin, MG says the 203hp motor will take the car from 0-100km/h in 7.9 seconds, which is more than enough for most drivers' needs. As is the top speed of 161km/h. But the car feels faster than those numbers suggest it will.

Officially, the 64kWh battery offers a range of 450km, but in the real world, you're probably looking at something in the region of 350km over a mixture of roads. We managed to achieve around 17.5kWh per 100km on our test drive, as opposed to the 16kWh per 100km MG says the car will return on the official test.

In truth, the range is competitive, rather than spectacular, but the way in which the car drives is much more impressive. With the batteries under the floor, the centre of gravity is as low as possible, and it shows in the way the MG4 handles. The body leans a little bit in corners, but the steering doesn't feel too light and the response from the front end is immediate. It's much more fun to drive than the VW ID.3 or Cupra Born actually.

But the most impressive thing is the suspension, which irons out the bumps impeccably. The high-speed ride is brilliant, and while the low-speed ride can't hope to compete, it's still a vast improvement on any of the MG4's rivals. Electric cars often slump into potholes thanks to the weight of the batteries, but the MG4 doesn't. It isn't exactly light on its feet, but it's still a very supple chassis indeed.

MG is yet to announce pricing for the Irish market, but we've been told to expect a punchy entry point that's several thousand euro cheaper than the ID.3. While details are vague when it comes to pricing, we do know the range will comprise two basic trim levels, with Excite representing the cheapest option. Despite the relatively low price, that car will still come with the digital driver display and massive touchscreen, as well as climate control, rear parking sensors and 17-inch alloy wheels, although they are covered with plastic 'aero' wheel trims.

Above that will be the more luxurious Excellence version, which adds part-leather upholstery, navigation and heated front seats to the mix, as well as a two-part rear spoiler and a heated steering wheel. The range-topping version also comes with a two-tone paint job, electrically adjustable driving seat and a 360-degree manoeuvring camera system.

Both versions are available with the 'Long Range' 64kWh battery, although the Excite gets the 51kWh battery as standard, while vehicle-to-load (V2L) charging is standard across the range. That means appliances such as mini fridges, power tools and laptops can all be plugged into the vehicle and powered by the on-board battery.

The MG4 goes straight to the top of the electric hatchback class. Strong range, decent quality and impressive ride comfort are enough to make it a contender, but the promise of greater range and a highly competitive asking price make it a winner. Admittedly, the tech isn't perfect, and the looks won't be for everyone, but before you buy an ID.3 or a Kona Electric, you need to take a long, hard look at one of these. 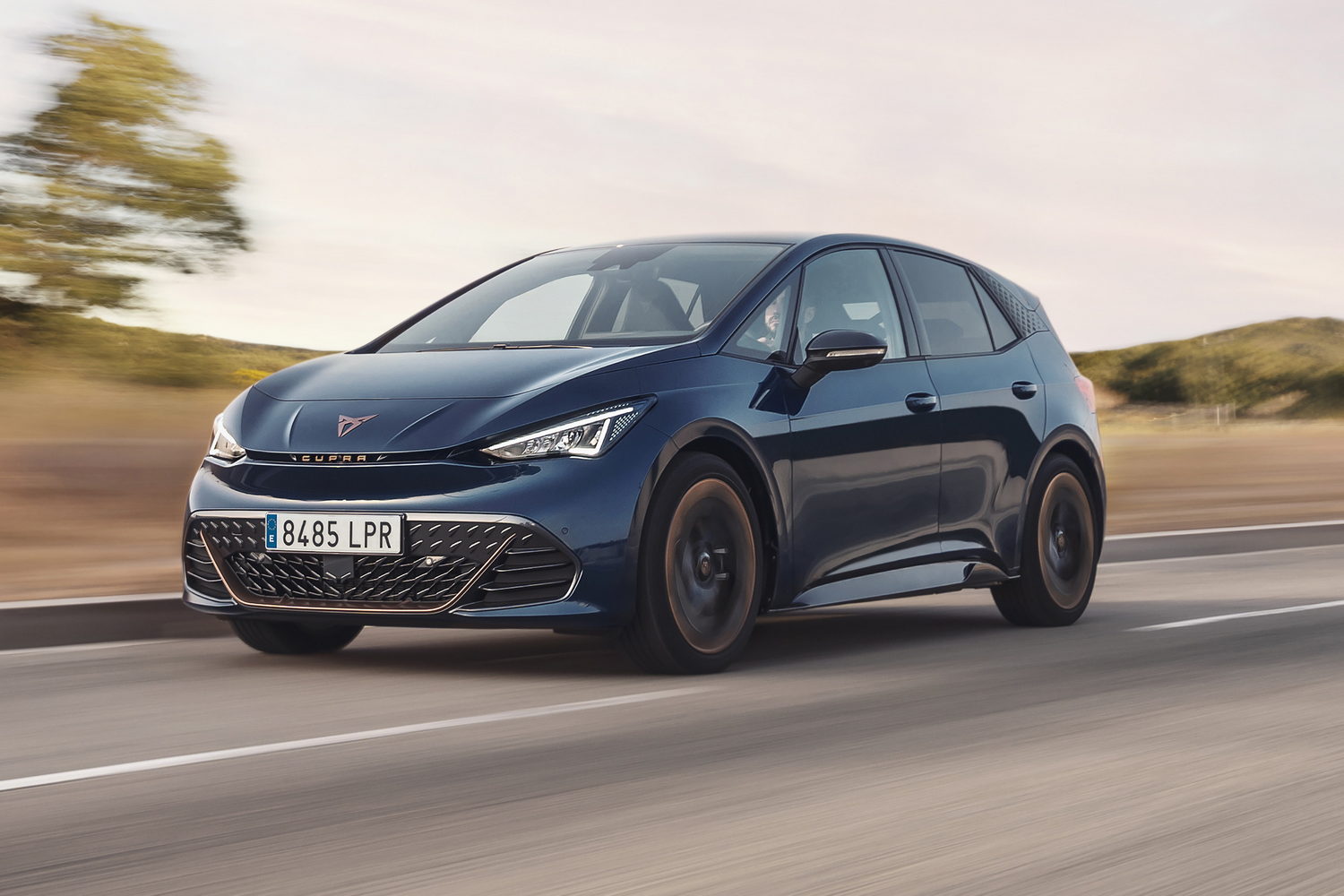 Cupra Born (2022) review
Cupra Born vs. MG 4 Long Range (2023): striking to look at and fitted with plenty of flash technology, the Born is the VW ID.3's snazzy sibling. The range and power output will win it plenty of fans, as will the promise of Volkswagen Group reliability, but it isn't as good as the MG on the road. 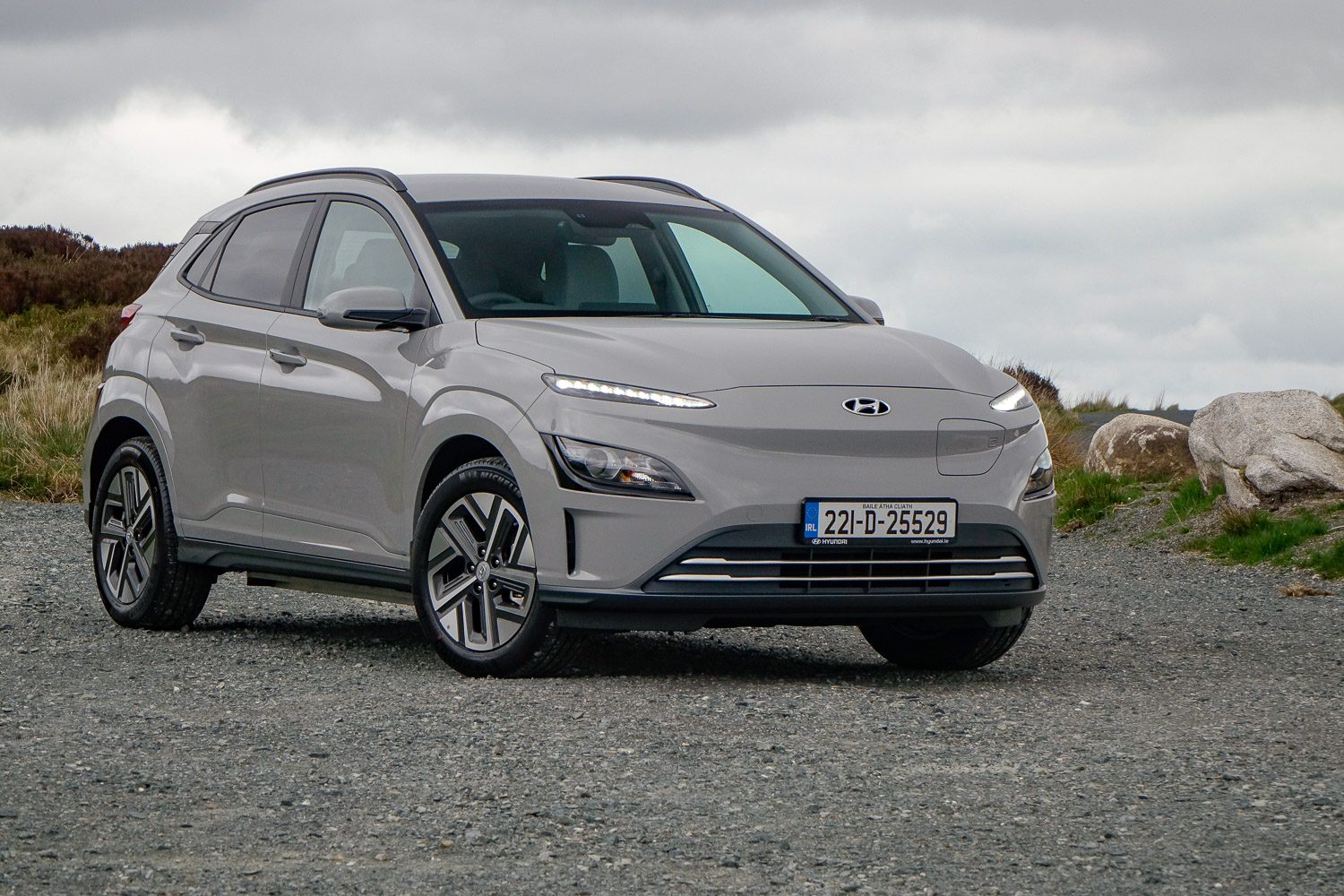 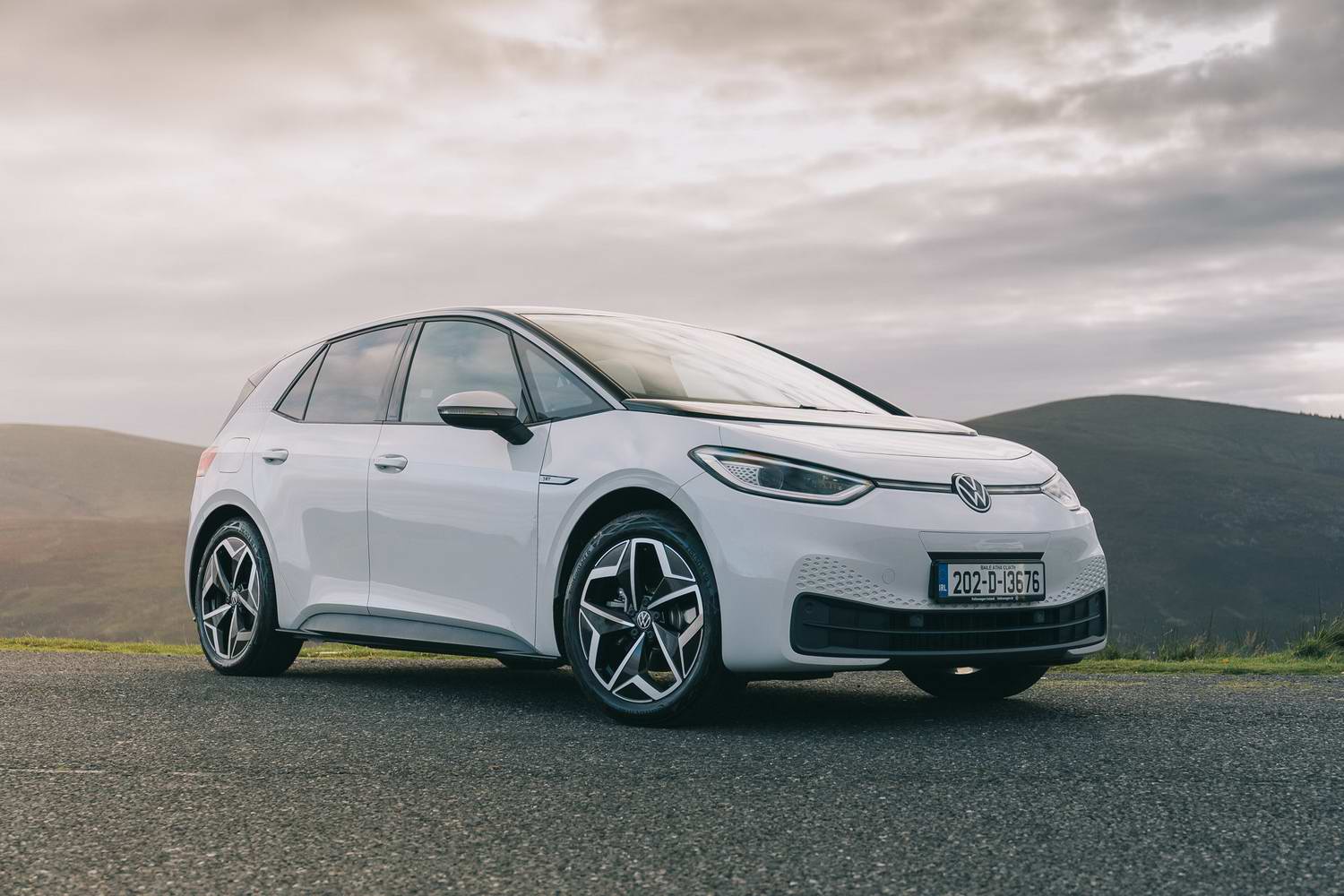 Volkswagen ID.3 1st Plus (2020) review
Volkswagen ID.3 vs. MG 4 Long Range (2023): the ID.3 is a mature and grown-up electric hatchback livened up by a handful of quirky features. It might not be the most interesting model on the market, but the familiarity of an electric Golf-like hatchback has given it deserved success among customers.