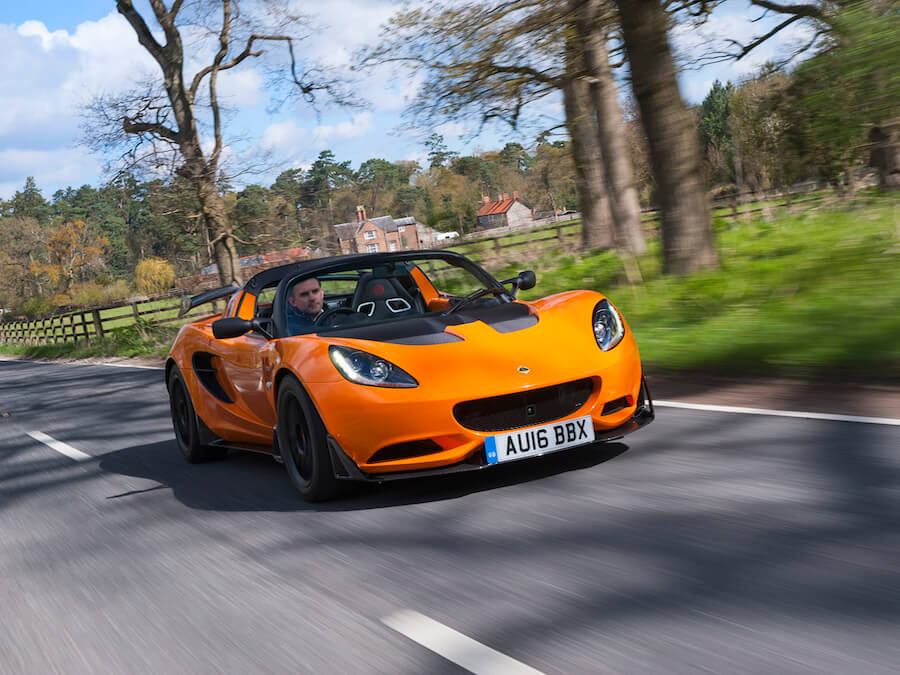 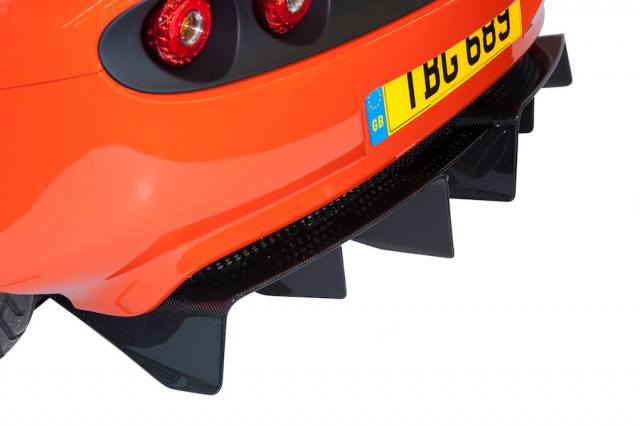 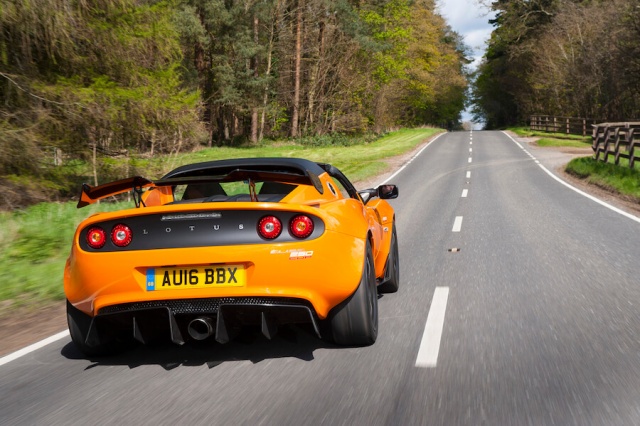 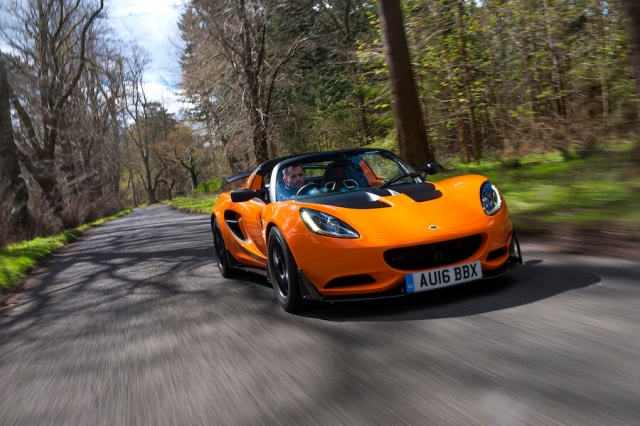 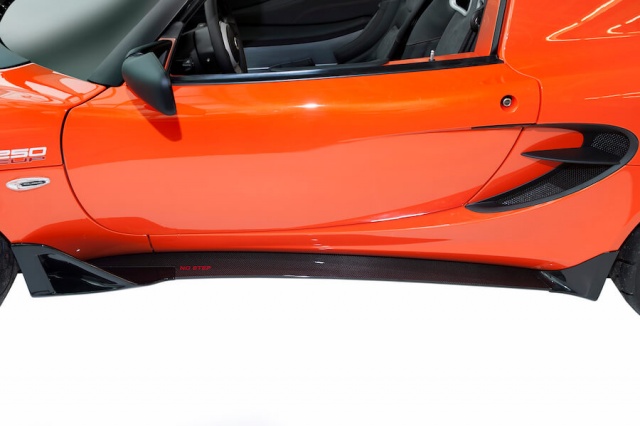 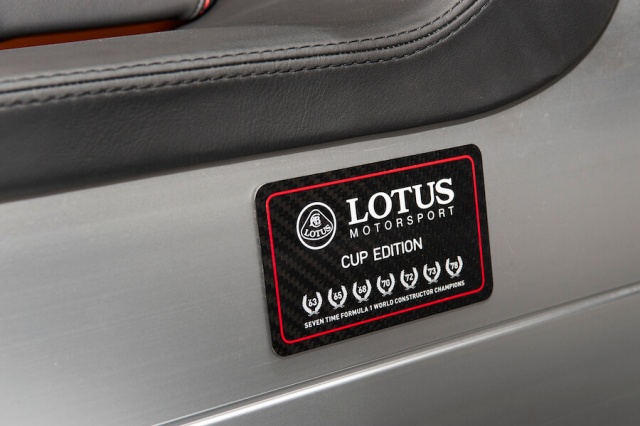 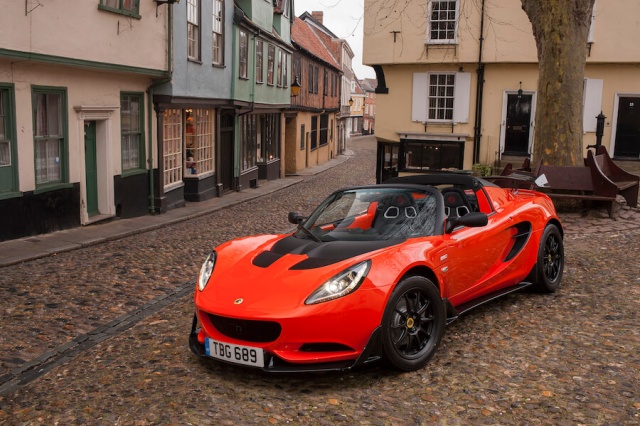 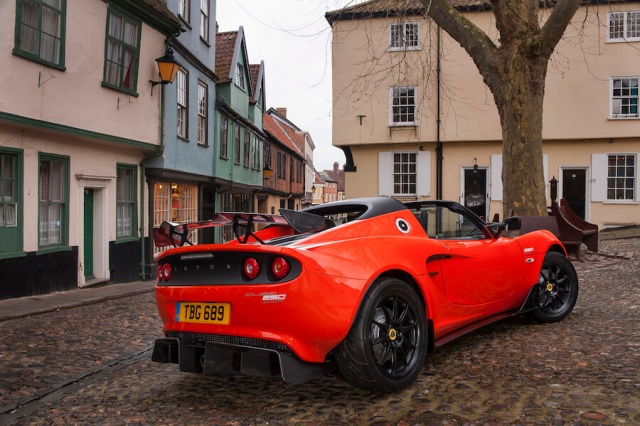 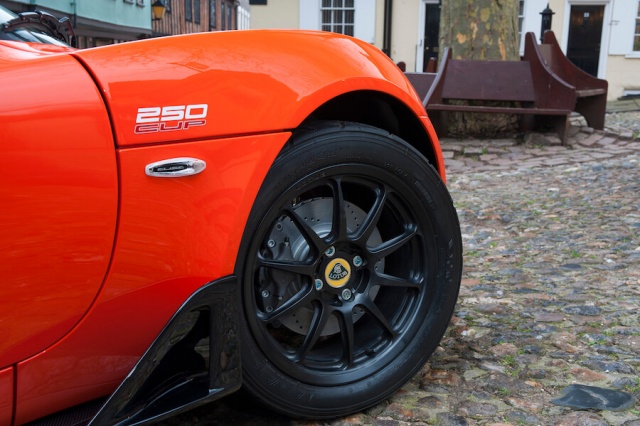 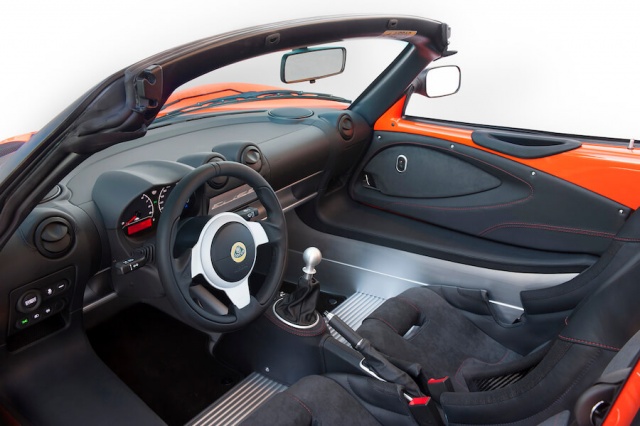 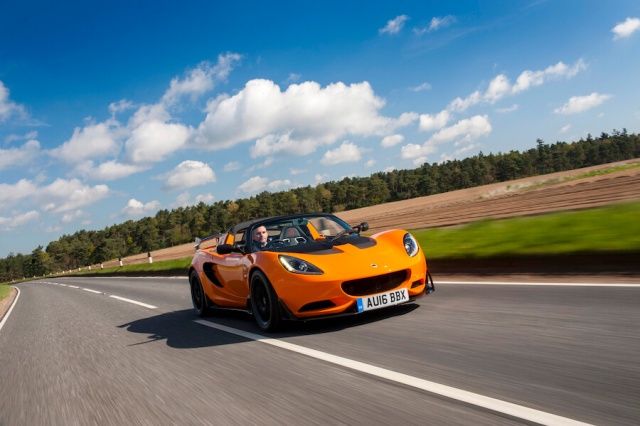 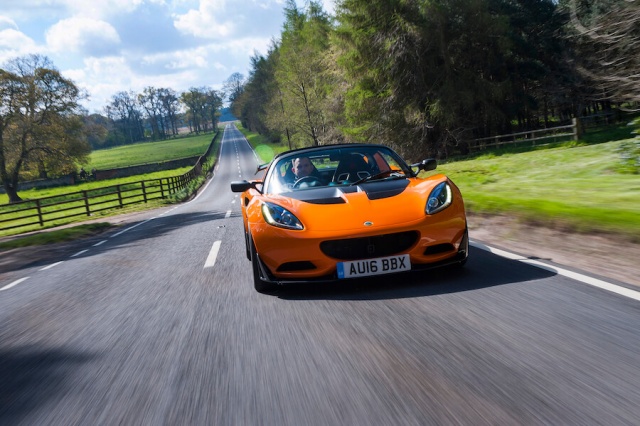 Looking for driving perfection? This is it, the latest iteration of the Lotus Elise.

Lighter, more powerful and faster than ever before, this is the Lotus Elise taken to the extreme. And, in the case of the Cup 250 model, that extreme would appear to be 'driving nirvana'. It's phenomenal.

The Lotus Elise has been around since 1996 and its concept hasn't changed an awful lot in that time. The biggest switch was from Series 1 to Series 2 in 2001 and these Series 3 cars - launched in 2011 - are essentially just facelifts of the S2. It's still a pretty, delicate shape, however, and draped in the addenda that are pivotal to the Cup 250's blistering pace, there's a sense of mean purpose about it. It still suits bright, bold colours and dark detailing, which makes an orange Elise Cup 250 look very special indeed, even if it is a piece of design that's 20 years old.

Take note, if you will, of the front splitter, rear diffuser, extended side sills and the towering boot spoiler. All of these items generate true downforce - 66kg at 160km/h and a fulsome 155kg at the car's 248km/h maximum velocity. These four articles are made of glass fibre as standard, but, for a fee in excess of €5,000, you can opt to have them in carbon fibre (as on the test cars), which takes another 10kg off the Elise's kerb weight. In fact, there's been a lot of weight-saving work done - from the smaller, less obvious items, like the removal of the sun visors and passenger footrest (-1.2kg), up to the headline work: a lithium-ion battery (-10kg), gorgeous carbon fibre bucket seats (-6kg) and slimmer, ultra-lightweight forged alloys (-1.5kg in total). Net result is the Cup 250 weighs 931kg as standard and a super-trim 921kg with the Carbon Aero Pack.

Taking the 1.8-litre supercharged VVT-i engine from the Cup 220 and increasing boost by 21 per cent, the rev limit has been raised to 7,200rpm, torque has been flattened out to cover a massive 3,000rpm bracket and the throttle/engine mapping have been recalibrated accordingly. Elsewhere, wider 195/50 ZR16 sticky Yokohama A048 tyres than found on the Cup 220 sit on the front axle (225/45 ZR17 tyres of the same make remain at the rear), the camber has been increased at both ends ( by 0.2 degrees) and so has the rear toe, by 1mm. Inside the cabin, apart from those stunning seats, Lotus has improved the haptics of the switchgear, got liberal with the Alcantara and covered more of the dash in leather trim to up the ambience. Yet, lacking such 'essentials' as air conditioning or even a radio (they're both options; don't fit them, they add unnecessary weight), this is going to feel shockingly simplistic to anyone jumping into it out of a regular 21st-century machine. Nevertheless, we absolutely adore it - like the rest of the car, the interior is totally dedicated to the process of driving.

We got to sample the Elise Cup 250 on road and track, the circuit in question being Lotus' vaunted Hethel test track. And it's hard to know where to start the eulogy, because the Cup 250 was never anything less than flawless. It can pootle through towns in fifth gear at 50km/h with little difficulty. It can cruise along dual carriageways at 110km/h with more-than-acceptable ride comfort and loads of in-gear flexibility. It can demolish a back road in the shortest of order and at a pace that hot hatches with 50 more horsepower would find impossible to match. And then it can do multiple, on-the-limit laps of a race circuit and feel fresh enough at the end of it to go pootling off into the sunset in style.

It achieves all of this driving perfection through major controls calibrated to the very highest echelons of engineering brilliance. If any particular blazing star in the Lotus' dynamic firmament could be said to be shining brightest of all, it's the unassisted steering. It is an exquisite masterpiece. Think of a direction you want to go in and move your hands slightly; the Elise will be pointing that way, and telling you every last detail of how it transitioned from one course of motion to another, in an instant. There's no slop, there's tonnes of feel, there's even more feedback. It's a majestic set-up.

The damping comes a very, very close second, because it teams impeccable body control with a bizarrely comfortable ride. This is nothing new, though; Lotus has been practising this sort of suspension witchcraft for decades. Thank the crumbling roads around its Norfolk base in England for that, because while the company obviously does a lot of track work in setting a car up, it also makes sure its products function effectively on the roads. There are occasions where the Elise gets a little unsettled (that's no surprise, as it has a miniscule wheelbase, next to no mass and a sporting bias), but it will smooth out a lot of bumps, lumps and potholes far better than you could ever imagine possible. And it never once tramlines or camber hunts, the car breathing with the road and tracking where you want it to go at all speeds.

Moving on to the AP Racing twin-piston brakes: they're immense and it's the time on track that proves their worth, as on road they're simply massively over-specified for what's required; anyone who crashes an Elise in public and says it was the fault of the brakes will be telling porkies. However, 12 full-bore laps of Hethel didn't see them fade in the slightest. They bit as strongly and cleanly going into the chicane at the end of the Mansell Straight (you approach at about 200km/h in fifth and need to be going 50km/h in second) as they did the first time we applied them approaching Andretti on lap one. And the pedal is perfectly modulated and spaced from the throttle for heel-and-toe action.

Lotus has devised a Sport mode for the car, which sharpens the throttle (not much need for that), relaxes the traction control and also does away with said system's understeer recognition. This allows the car to move about more underneath you, without the electrical safety nets cutting in too much. And it's so amazingly judged that there's little need to switch the traction control off entirely. Do so, and you'll find a chassis that remains refreshingly poised.

Let's finish on the engine, which might not be the most aurally inspiring unit, but which still has a pleasingly sporty soundtrack and wonderful, linear throttle response. It renders the Cup 250 ferociously accelerative, as you'd expect of something with 267hp-per-tonne, and it's only beyond 160km/h that the increase in pace begins to tail off when more powerful cars would keep going. However, that would only be an issue on a circuit with long straights while on the road you'd need to come up against a thoroughly committed lunatic in something like a Nissan GT-R for the Lotus to be left behind. A final note of interest: fourth gear will lug the car from as little as 32km/h all the way beyond 200km/h with little drama. Praise be for supercharging. Praise be for the exceptional Elise Cup 250.

Imported, the Cup 250 costs over €80,000, which doesn't get you much, aside from chassis perfection and supercar-rivalling performance. If you want creature comforts and the like, please look elsewhere.

Ariel Atom: a heavily track-biased special like the Atom is the only way you'll get a more intense driving experience and for that, you'll sacrifice what few shreds of daily usability the Elise preserves.

Lotus Exige Sport 350: if you want this sort of brilliance, but you need even more power and performance, the 3.5-litre V6 Exige should keep you happy.

Porsche 718 Boxster S: more comfortable and it is dynamically brilliant, but the Lotus eclipses it in all areas and remains (just about) feasible as a daily driver.

OK, the Lotus Elise Cup 250 is certainly not faultless in all departments. It's a two-seat roadster with a serious track bent, when all's said and done, so the target market is going to be understandably tiny here in Ireland. However, you could get away with using one on a day-to-day basis as your only car and even if you can't do that, as a second 'track day' vehicle in a family, it would be fantastic. Because, if what you actually value above all else is unfiltered driving pleasure of the highest calibre, what the Elise Cup 250 offers is priceless. Fifteen years old it may be, but the experience you get behind the wheel of the smallest Lotus remains entirely cutting edge.