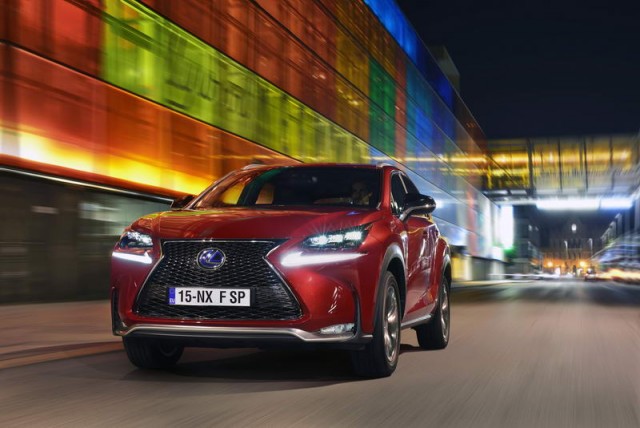 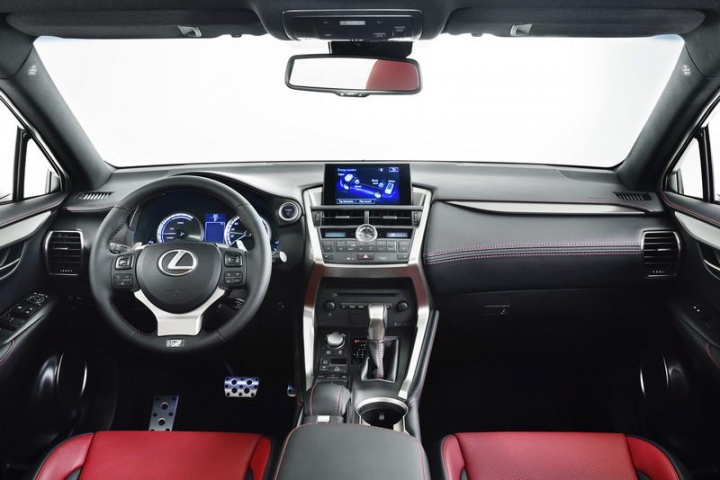 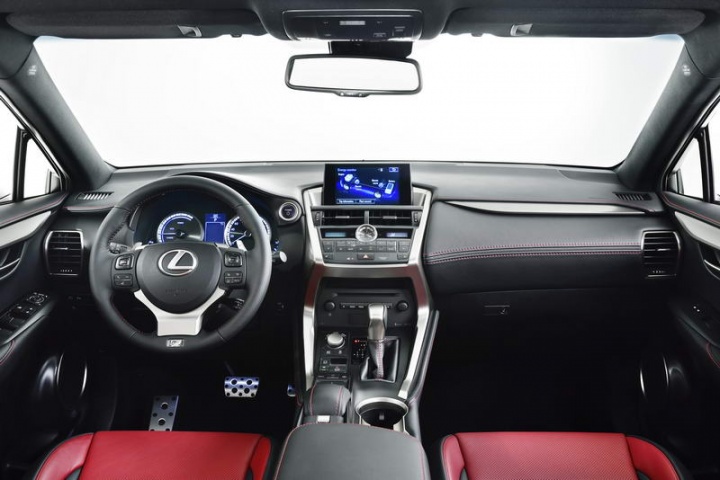 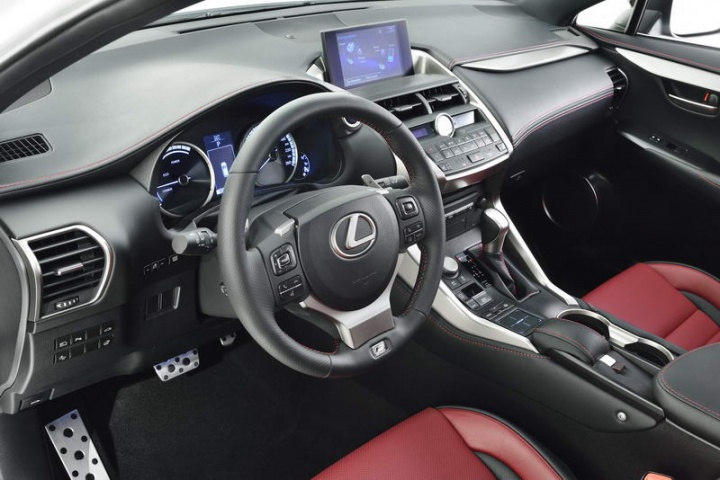 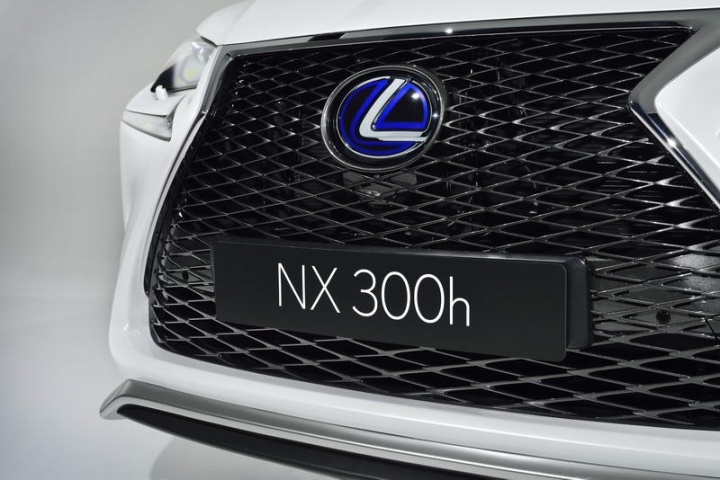 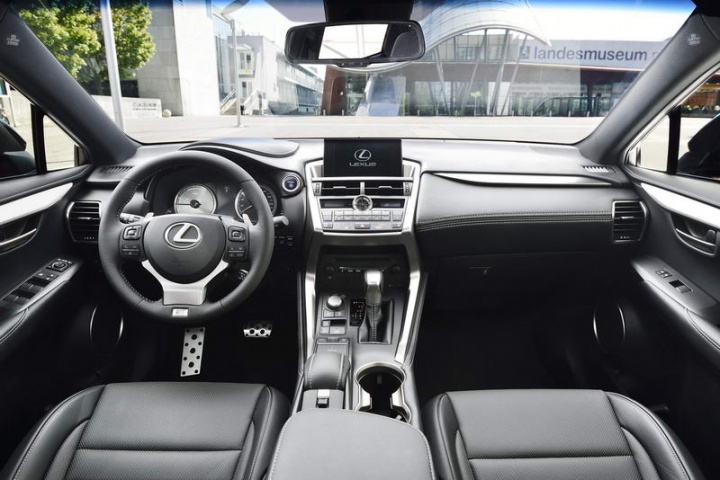 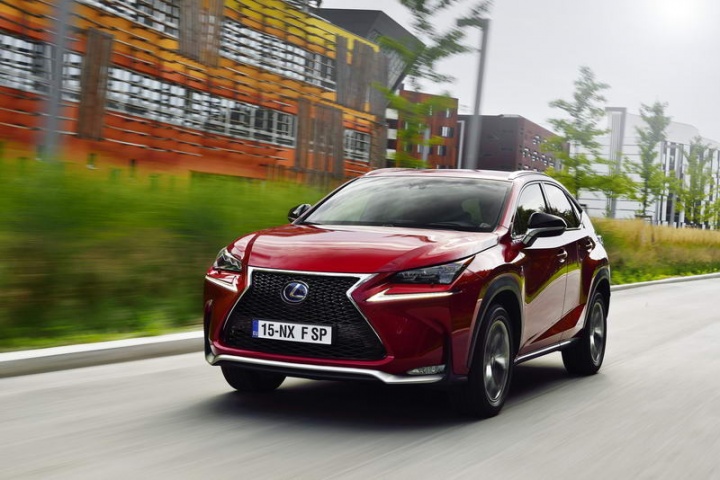 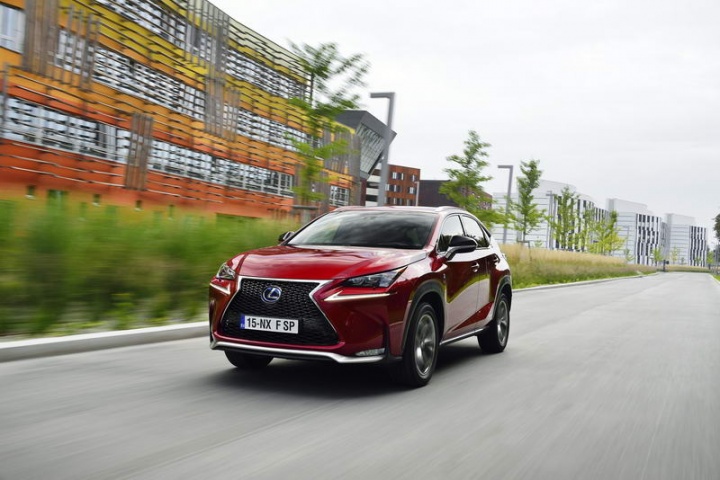 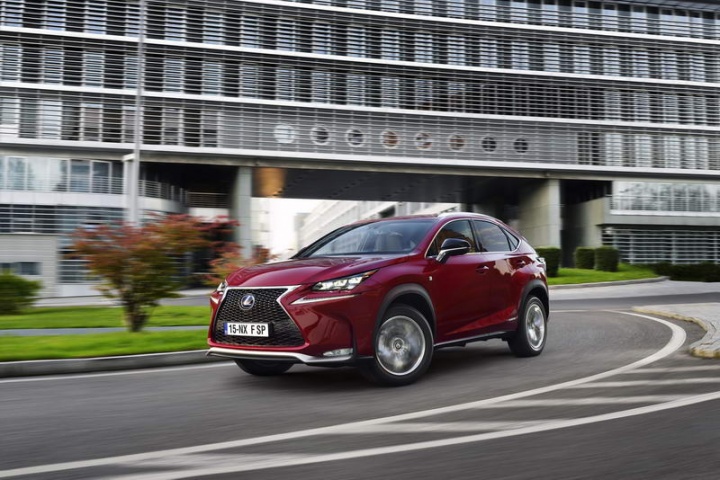 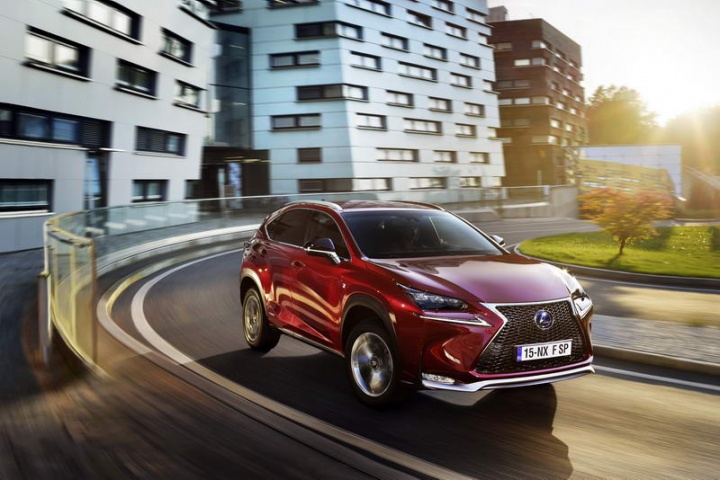 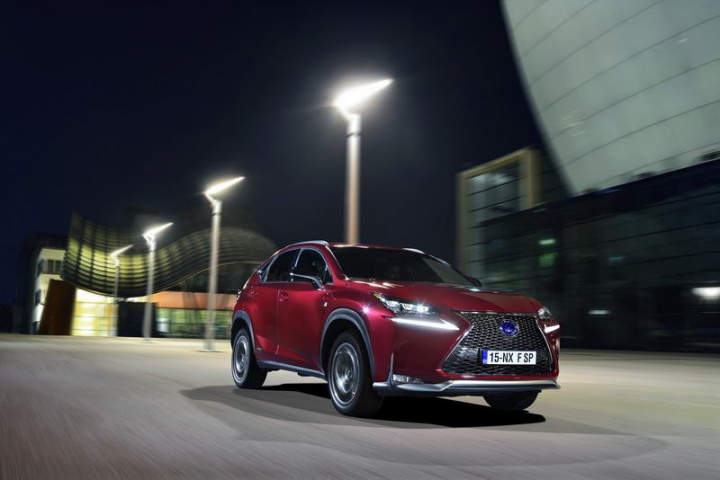 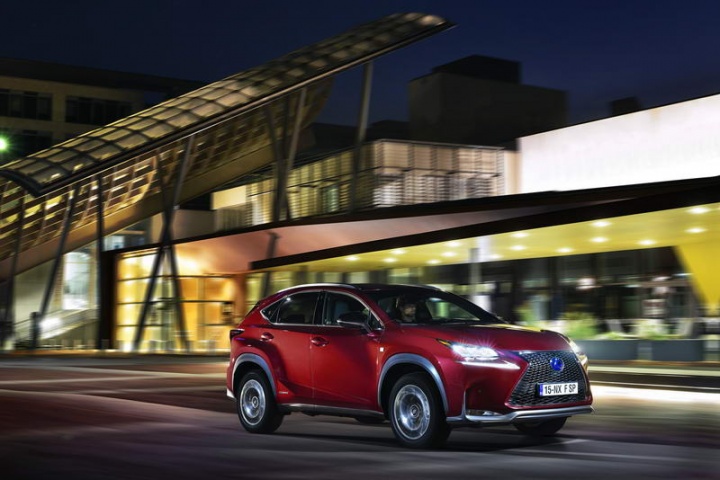 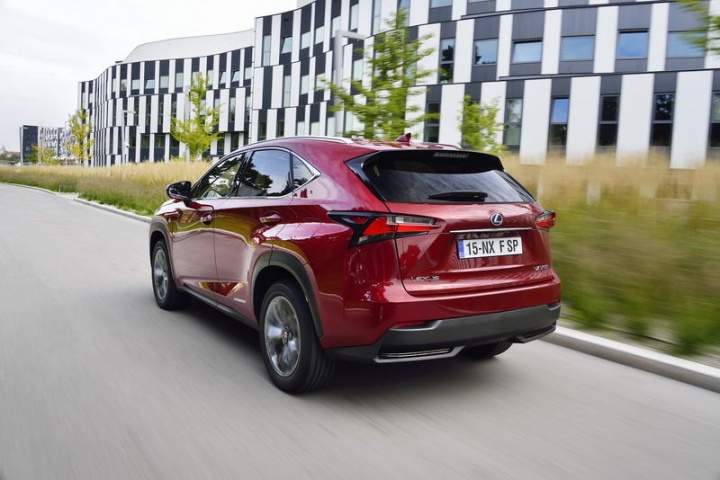 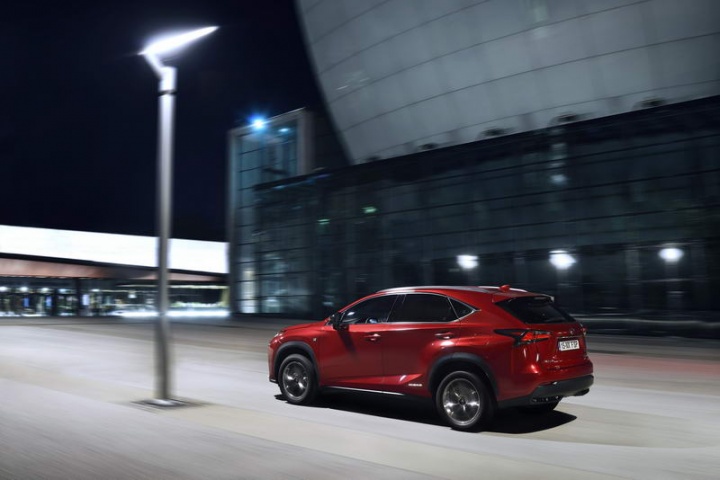 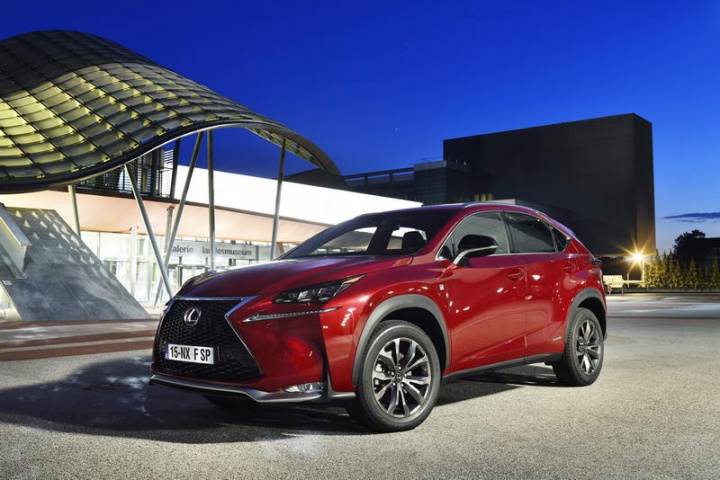 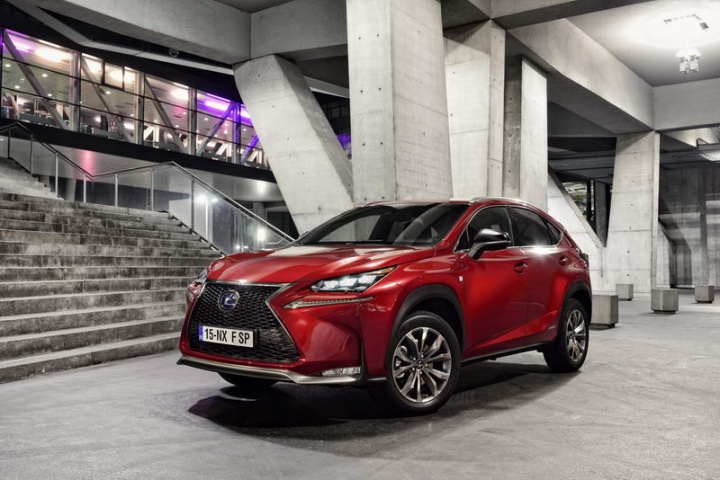 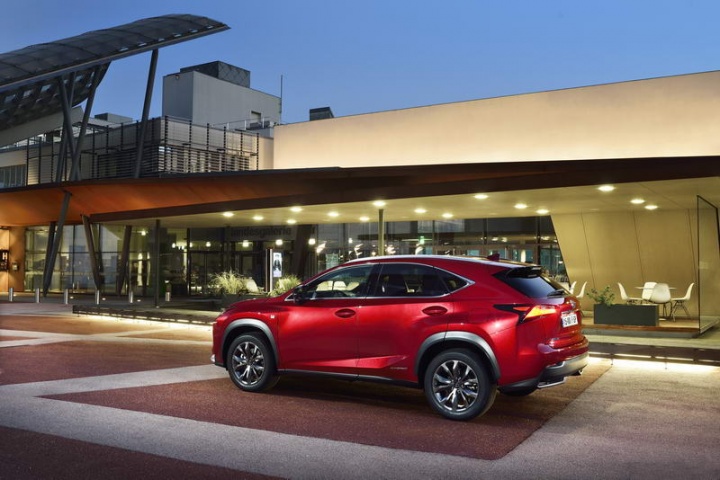 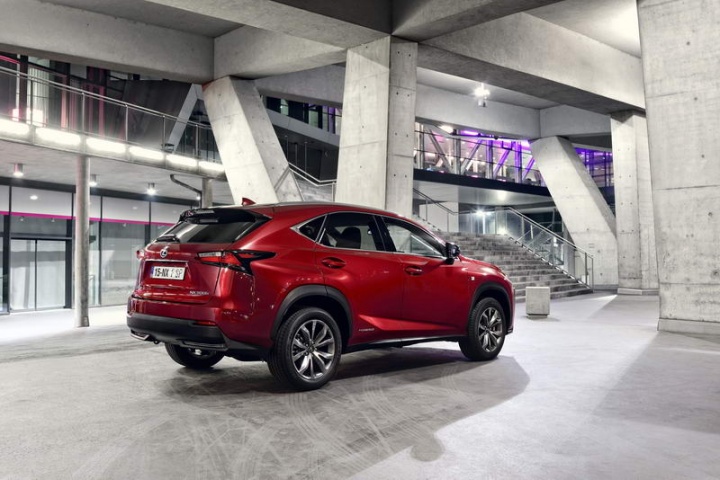 Lexus' entry to the compact premium SUV segment has been a long time coming, but is the NX any good?

Standout exterior looks and an interior to die for are let down a little in the new Lexus NX SUV by some easy to fix oversights - and one not so easy one.

The advertising campaign to go along with Lexus' first entry into the mid-size SUV segment is entitled 'Striking Angles' and there are plenty of those on the NX. In fact it looks as if the bodywork was styled by Edward Scissorhands or Freddy Krueger. As with other Lexus models of late the design is headed by the gaping, angular grille, available in two designs - a mesh grille for the F Sport model and conventional slats for the rest of the line-up. Despite all the striking angles the NX retains a conventional SUV profile with parallels being drawn between everything from the Toyota RAV4 to the Mazda CX-5. While the design is striking it is also well thought out with angles flowing cohesively into each other and the only black mark is the plastic trim around the wheelarches, which cheapens the looks in my view, especially on lighter coloured cars.

Inside, the NX is a thing of beauty. Swathed in high quality leather with contrast stitching (or at least our high spec Premium and F Sport cars were) there is a lovely ambiance to the cabin. Space is good, though legroom in the rear can be a bit tight if you have a tall driver up front. All of the major touch points feel solid, secure and well designed. The steering wheel feels reassuringly chunky in hand and the centre armrest is ideally positioned and sized.

Elsewhere there are just too many buttons and the plastic used is not up to the quality of the materials in the rest of the cabin. The NX features a touchpad with haptic feedback for navigating the on-board infotainment system and it is actually one of the better ones we have used - more intuitive than those in Audi or even recent Opel models, yet despite this there are in excess of 40 buttons that leads to a cluttered look.

Uniquely in this class the Lexus NX is only available with a petrol engine - a 2.5-litre four-cylinder unit to be exact. Wait, wait, wait - it is also a hybrid with a pair of electric motors mounted below the rear seats. The result is a combined 197hp, 210Nm of torque, 5.0 litres/100km and emissions as low as 116g/km.

It's available in either two- or four-wheel drive configurations; the latter version utilises an additional electric motor to power the rear wheels - there is no connection between engine and rear wheels. While seemingly a complex solution this set up does have the advantage of being light so the four-wheel drive models only emit an extra 1g/km over their two-wheel drive brethren.

While not connected to the rear the engine is hooked up to Lexus' e-CVT transmission and this dominates proceedings - and not in a good way. Lexus says it has added a 'kick down' feature to the transmission's software for quicker acceleration, but unfortunately didn't change the tendency to whine away at high revs as we have seen before in Toyota/Lexus CVT units. A lack of noise insulation compounds this along with allowing wind noise from around the wing mirrors and road noise from the tyres to encroach on the cabin. In short it's not as relaxing to drive as it should be.

Yet Lexus does have the right ingredients. When it is not spinning away at high revs the hybrid system is relaxed and barely stressed with diesel-like levels of torque offered up. While no Porsche Macan or Range Rover Evoque through the twisty bits the NX does not embarrass itself either, especially in F Sport guise, which features unique dampers and a Sport+ mode that allows you to extract the most from the hybrid system. The NX F Sport also has a switchable sound symposer that can be used to drown out the drone of the transmission - something the rest of the line-up could do with.

A bewildering six trim lines are being offered in the NX, but you can pretty much ignore the entry level, €43,950, ECO trim; by Lexus Ireland's own admission it serves as an attention grabbing price point and little else. Perhaps gloss over the Premium and F Sport trims (both €57,950) that sit at the top of the tree too, as Lexus expects the remaining three levels to account for 70 per cent of sales.

The lowest of these, S-Design (from €45,950) features leather upholstery (man-made), cruise control, heated front seats and LED daytime running lights, in addition to the 17-inch alloy wheels, leather multi-function steering wheel and Bluetooth that is offered as standard across the range.

Dynamic models (€48,950) add 18-inch alloys, a cornering function for the fog lights, parking sensors front and rear and keyless entry while Executive (€50,950) ups the ante with natural leather upholstery, electric front seats and privacy glass. Executive is also the only model with a choice between front- and four-wheel drive, as all below (ECO, S-Design and Dynamic) are front-wheel drive only while both F Sport and Premium are only available with four-wheel drive.

The optional Mark Levinson audio system features new technology called Clari-Fi, which is said to restore some of the audio clarity lost by digitisation. Audiophiles need only apply. Likely to have wider appeal is the wireless charging plate that can be fitted in the armrest. A centre console mounted vanity mirror is standard fitment though, showing which side of the gender divide Lexus is aiming the NX at.

The Lexus NX is like the striker who ran the length of the field, skipping past opponents along the way only to blaze wide when it came to shooting. It is so close to hitting the mark, yet so far. Extra noise insulation and a restyle for the centre console would improve things vastly but Toyota/Lexus seems married to the CVT system for its hybrids and that is not so easily fixed, making the NX less than satisfactory to drive once outside the urban limits.