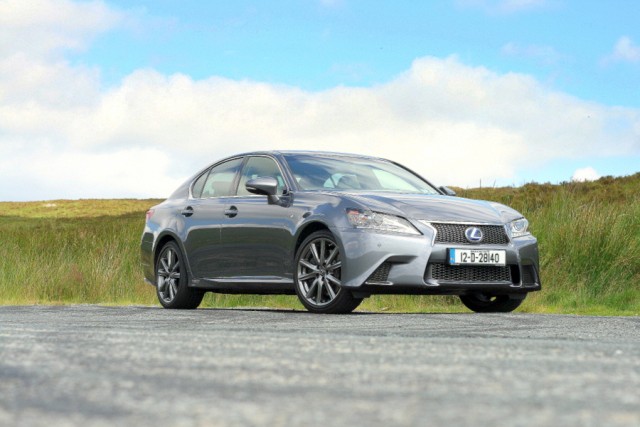 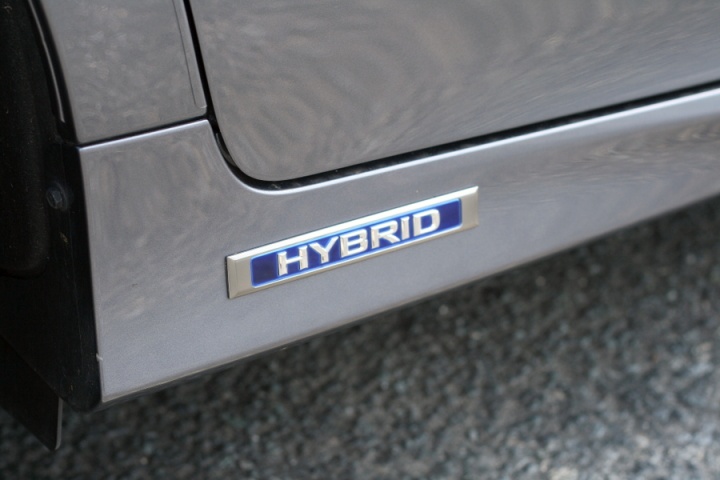 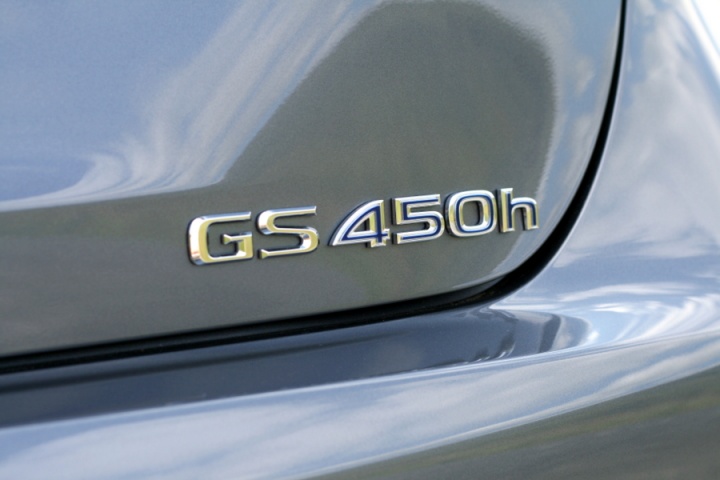 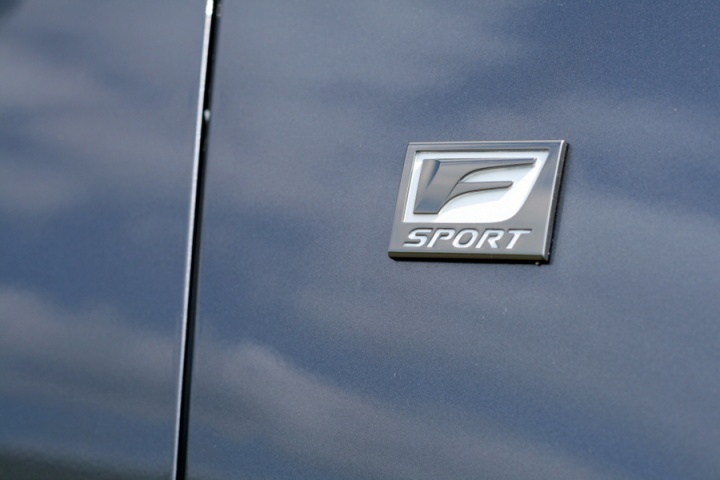 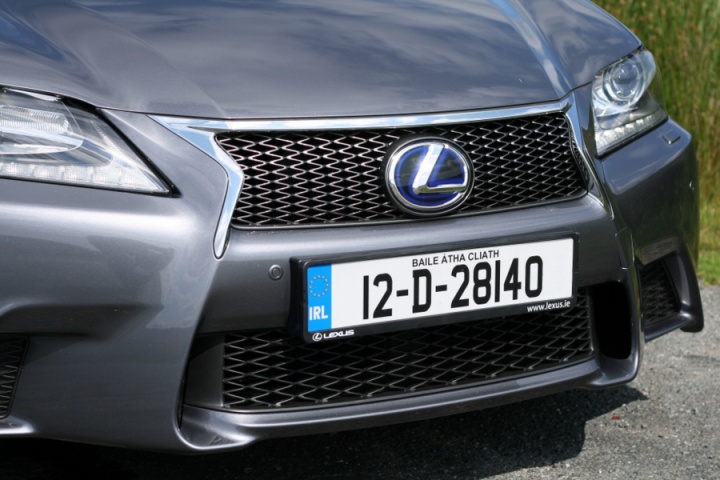 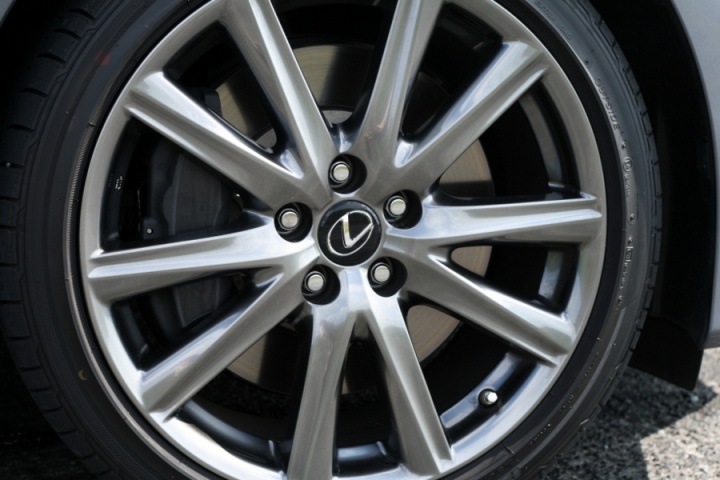 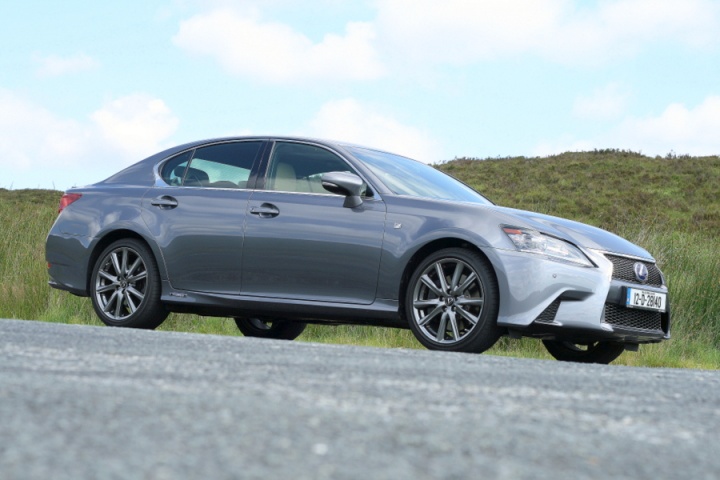 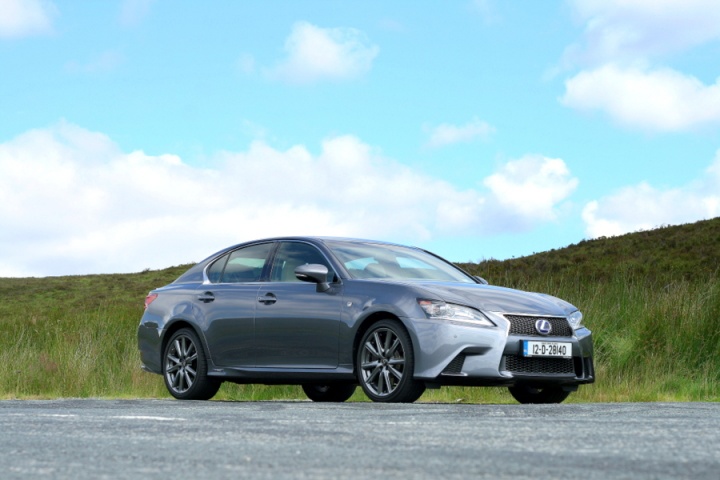 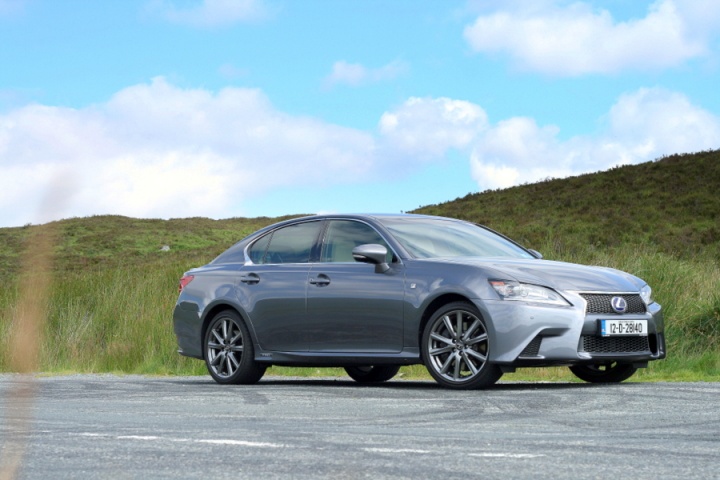 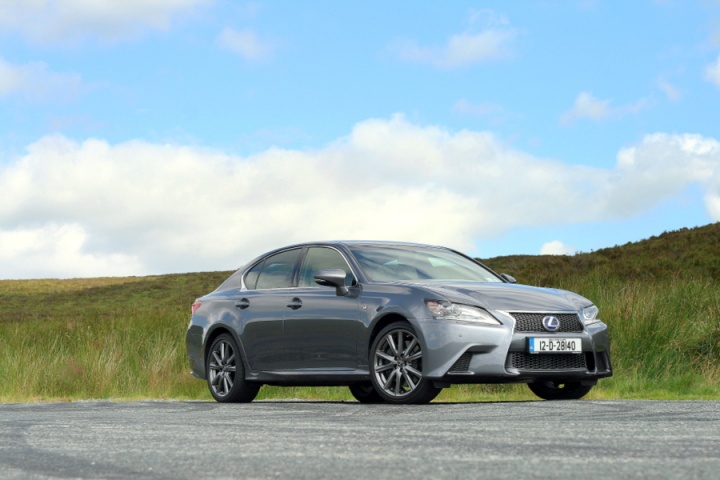 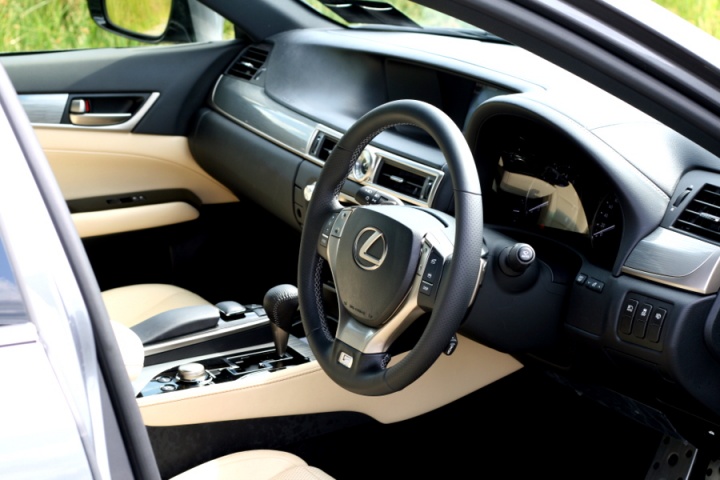 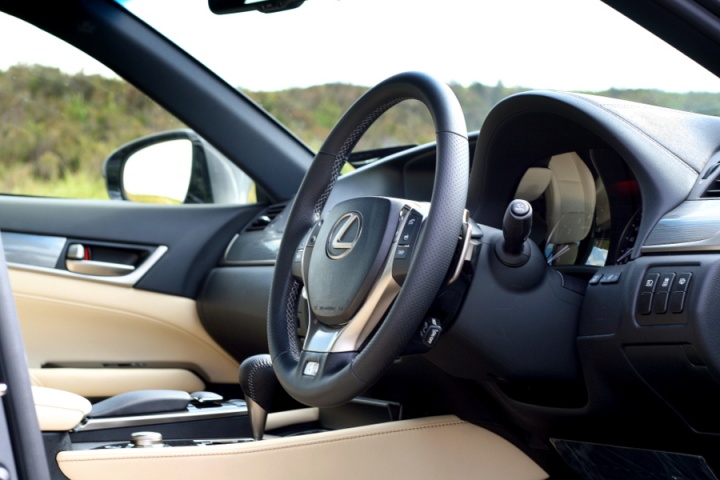 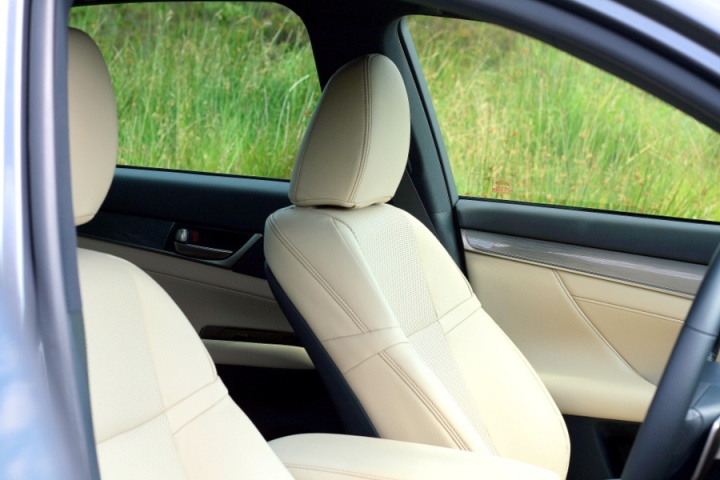 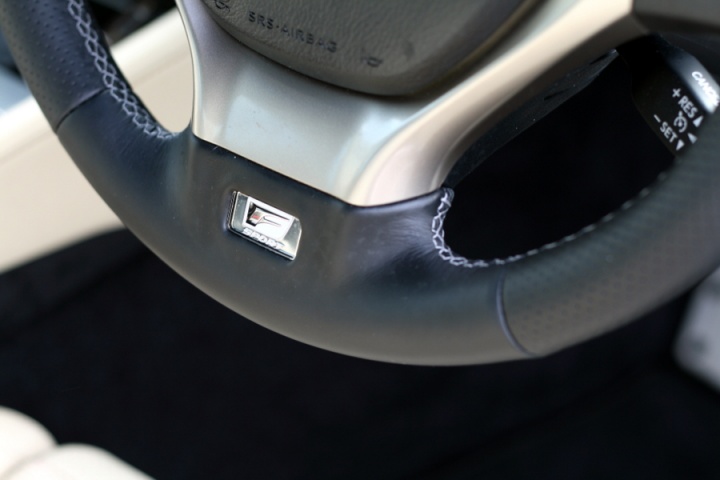 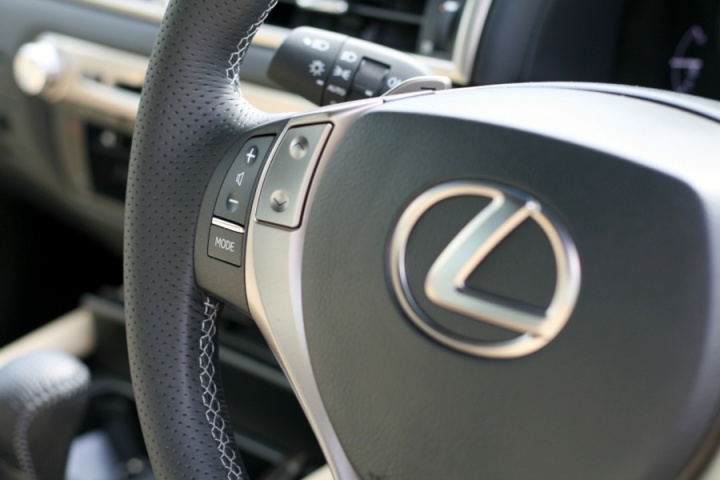 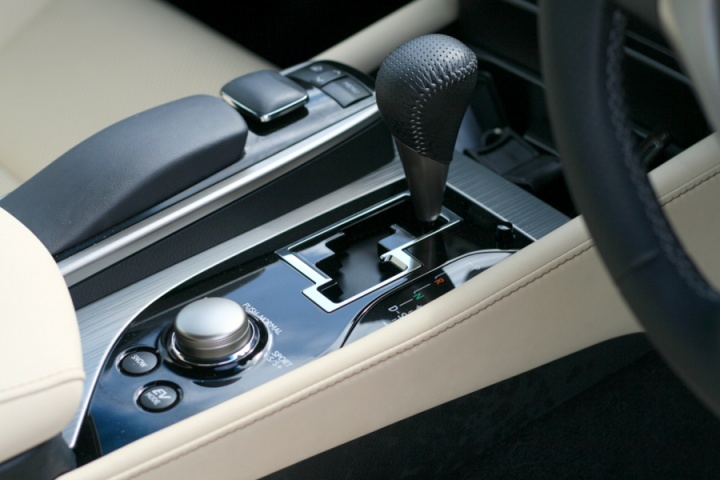 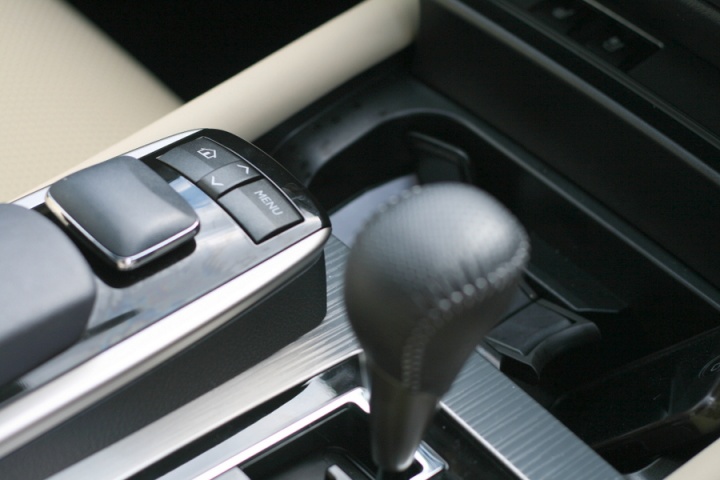 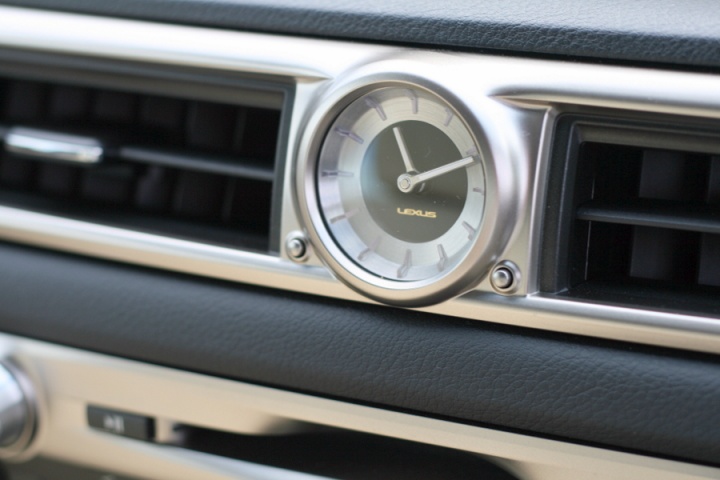 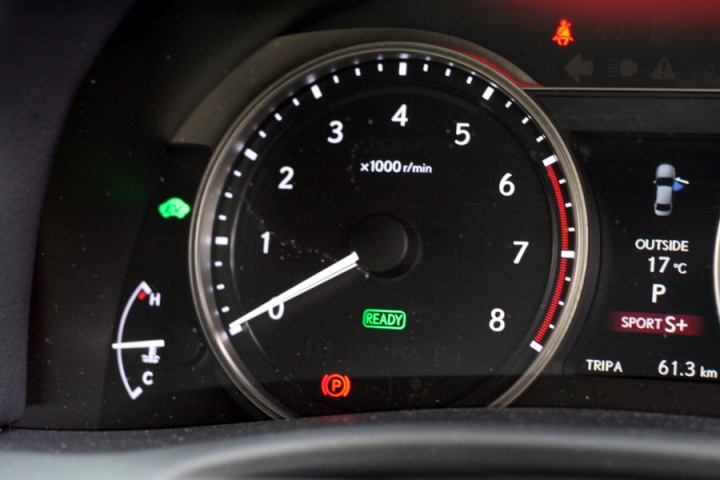 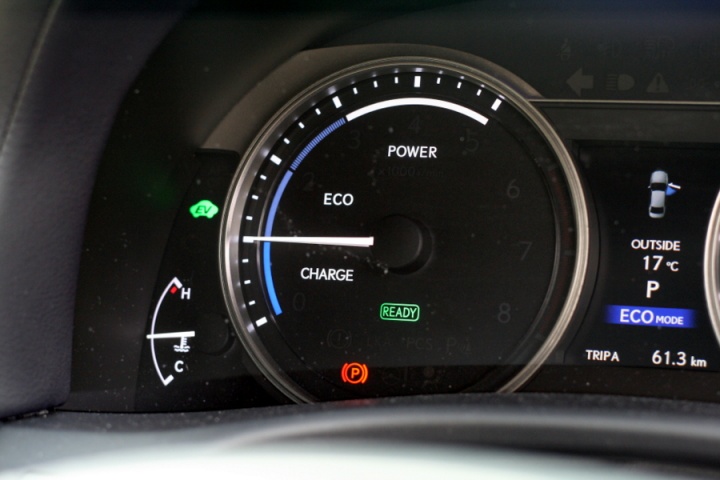 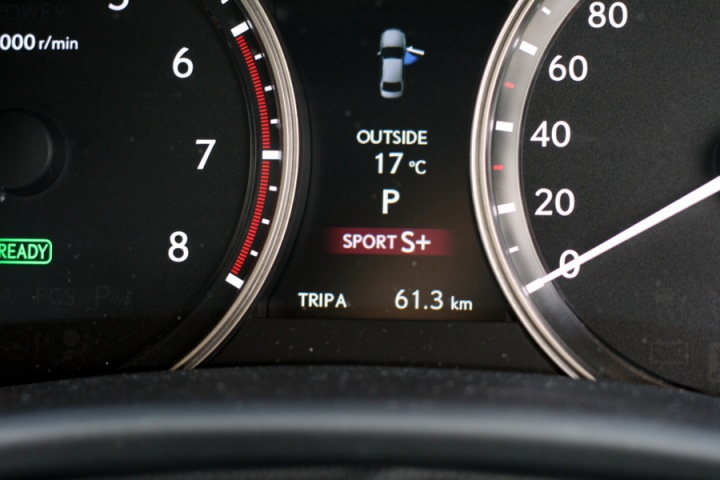 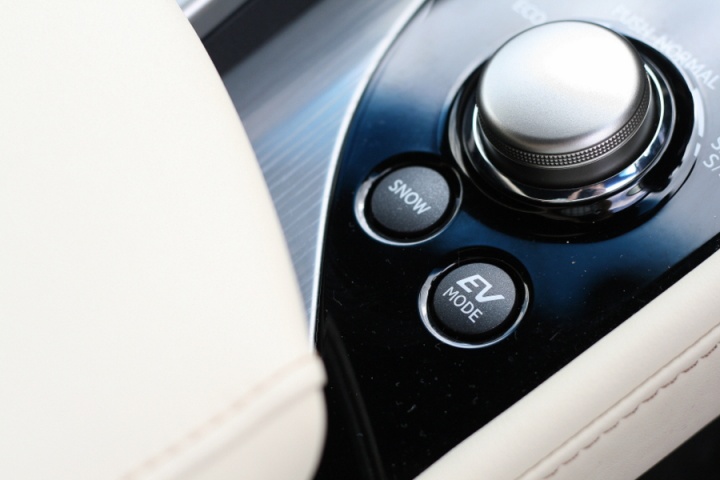 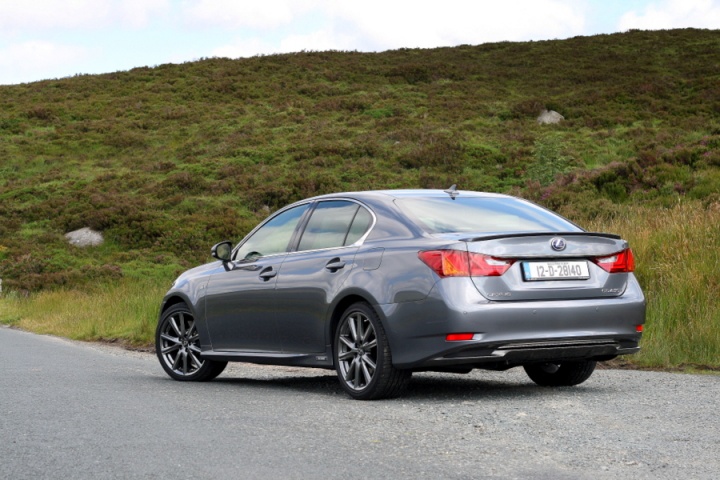 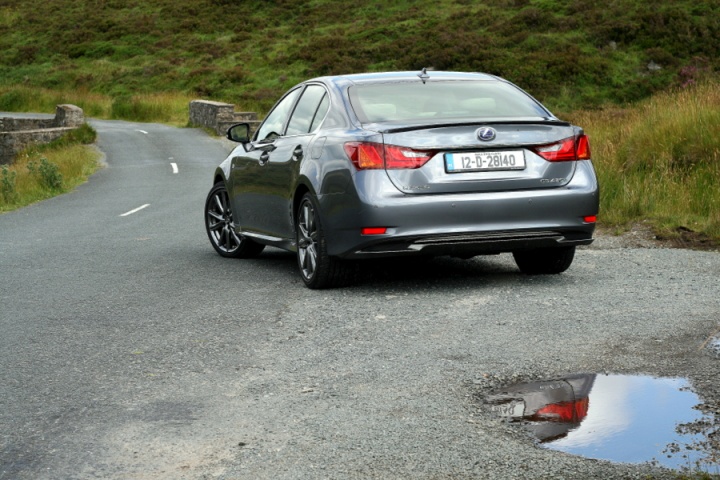 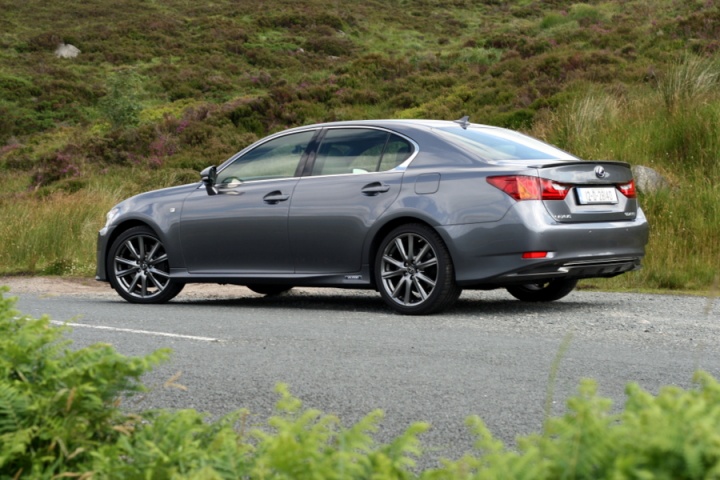 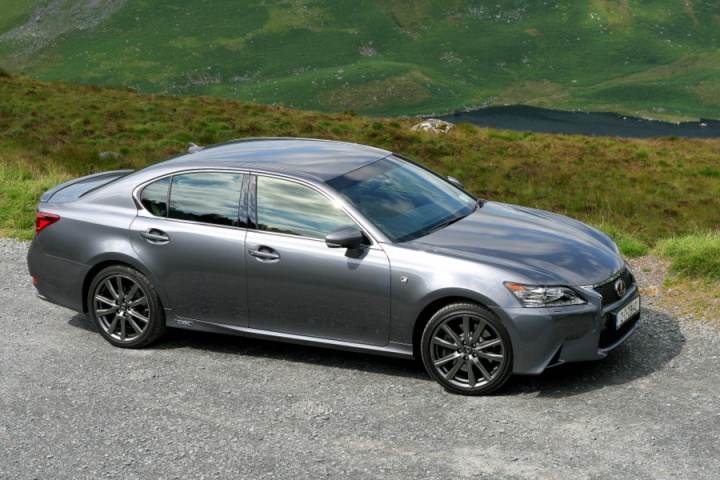 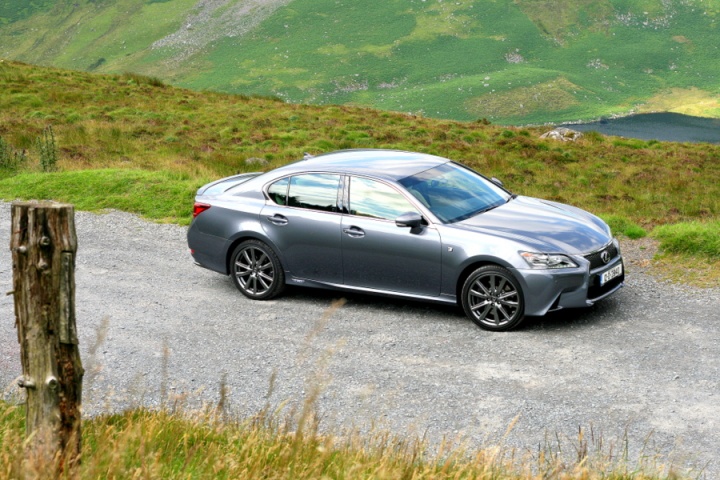 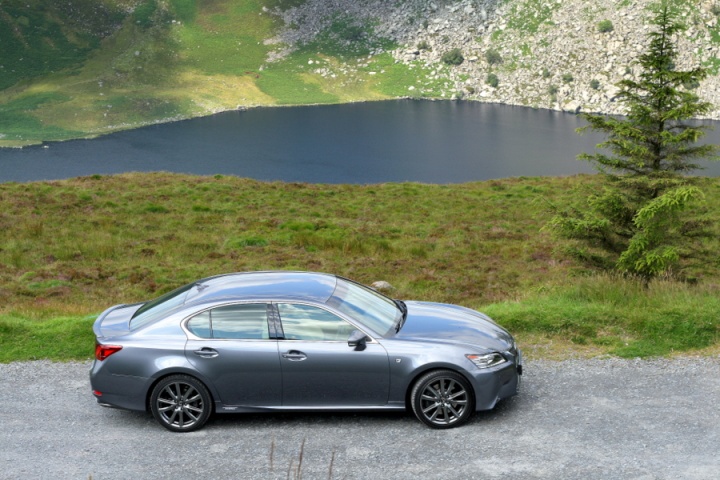 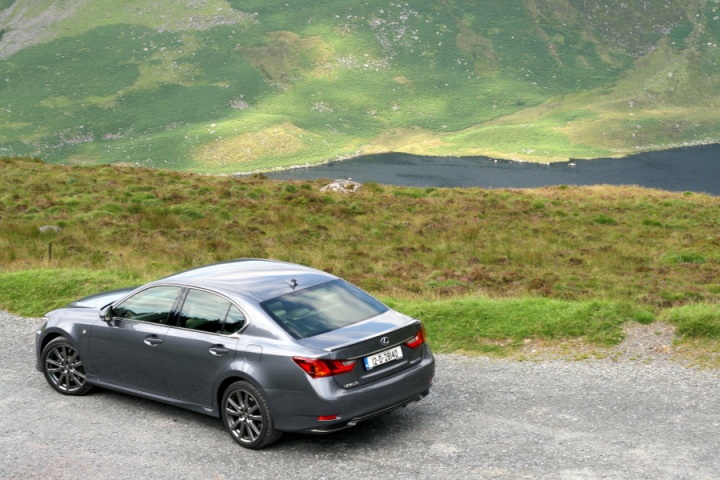 Unashamedly aimed at the BMW 5 Series M Sport, how does the sportiest Lexus GS fare on Irish roads?

Logic suggests that this sportiest version of the Lexus GS doesn't stand a chance when compared to the similarly priced, fastest diesel BMW 5 Series in M Sport trim; and while the latter will be the choice of the keener driver there's a lot to like about the F Sport hybrid.

One of the only issues we have with the updated GS' looks is that its wheels appear to be too small. That's addressed in the F Sport model with dark 19-inch items that lend the car real edge. This is enhanced by an aggressively styled front bumper, a bespoke grille, new rear bumper and modest boot spoiler. As a whole it works well - and garners more attention than the ubiquitous BMW 5 Series M Sport.

Inside, Lexus goes its own way and the GS model remains luxurious rather than out-and-out sporty. There are plenty of touches to let you know you're in the F Sport version though, including the bespoke steering wheel, pedals, kick plates and gear lever. There's plenty of plastic on show, but it's all textured and the switchgear is beautifully damped. The infotainment system interface is unique with a mouse-like control, and it's quick enough to pick-up. We love the analogue clock, but not the rather antiquated digital readouts for the dual-zone climate control - as topsy-turvy as that may sound.

A 16-way adjustable seat (upholstered in F Sport specific leather) and electrically adjusted steering wheel mean it's easy to get and remain comfortable, while visibility is pretty good despite a shallow rear window. Rear accommodation is acceptable rather than great, as the transmission tunnel robs a central passenger of legroom, and headroom isn't particularly generous. The backrest is fixed as well because of the battery pack behind, but at least the boot is now a half-decent size at 280 litres - if still compromised.

If we were asked to describe the powertrain of the GS 450h in one word it would have to be 'refined'. That really is the USP of the petrol-electric hybrid over diesel rivals. It's eerily quiet a lot of the time and even when the petrol engine is in use its rumble is cultured and subdued unless you pin the throttle to the floor to extract every last bit of performance. Do that and the GS serves up genuinely fast acceleration. There's often a small delay before this is delivered, which is a little annoying at times, but in general the GS effortlessly piles on the speed, helped by the step-less transmission.

The driver chooses from Eco, Normal, Sport or Sport+ modes and the GS feels significantly faster in the latter two, while the 'soft' throttle response encourages smooth and slower driving in Eco. No matter which mode you're in the gearchange paddles behind the steering wheel seem to do very little.

In the regular GS, Lexus sensibly targets buyers that want a quiet, comfortable car - as opposed to the more sporting drive of the BMW for instance. The F Sport image brings with it expectation and first impressions suggest that it doesn't live up to that sportiness. Thankfully in Normal mode there's only a modest reduction in ride comfort (due to the low profile tyres), though the damping firms up considerably in the Sport settings.

That's not the end of the story. We took the GS over the most challenging roads we know and while it remains aloof and doesn't engage the driver in the experience it is admirably competent, soaking up poor surfaces and large undulations with real maturity. Body control is exemplary, whether you change direction quickly, crest a rise or push the brakes to their limits. Indeed, given the weight of this car, the brakes coped well too and the pedal has a pleasing weighting. It's such a shame that the steering (a variable ratio system in the F Sport car), while direct enough, is devoid of any feedback. Likewise, the chassis barely feels rear-wheel drive as the electronics step in way before you get a chance to test its limits. The Dynamic Rear Steering fitted to the F Sport model may have something to do with that - and the car's relative agility.

Against the 5 Series, the Lexus seems expensive, but in return it offers real luxury motoring, will remain a rare sight on Irish roads and is well equipped. In F Sport guise, Lexus throws in electrically folding and heated door mirrors, LED daytime running lights, front and rear parking sensors with an excellent rear view camera, dual-zone climate control, auto wipers, a massive display screen and cruise control - along with the other bits and pieces mentioned above.

We managed an average of 9.0 litres/100km (31.4mpg) in a mixed week that included a small amount of time on the motorway, lots of relaxed urban driving and a half a day in the mountains... The F Sport version is in Band C, though the regular car manages to drop into Band B for cheaper tax and marginally lower fuel consumption.